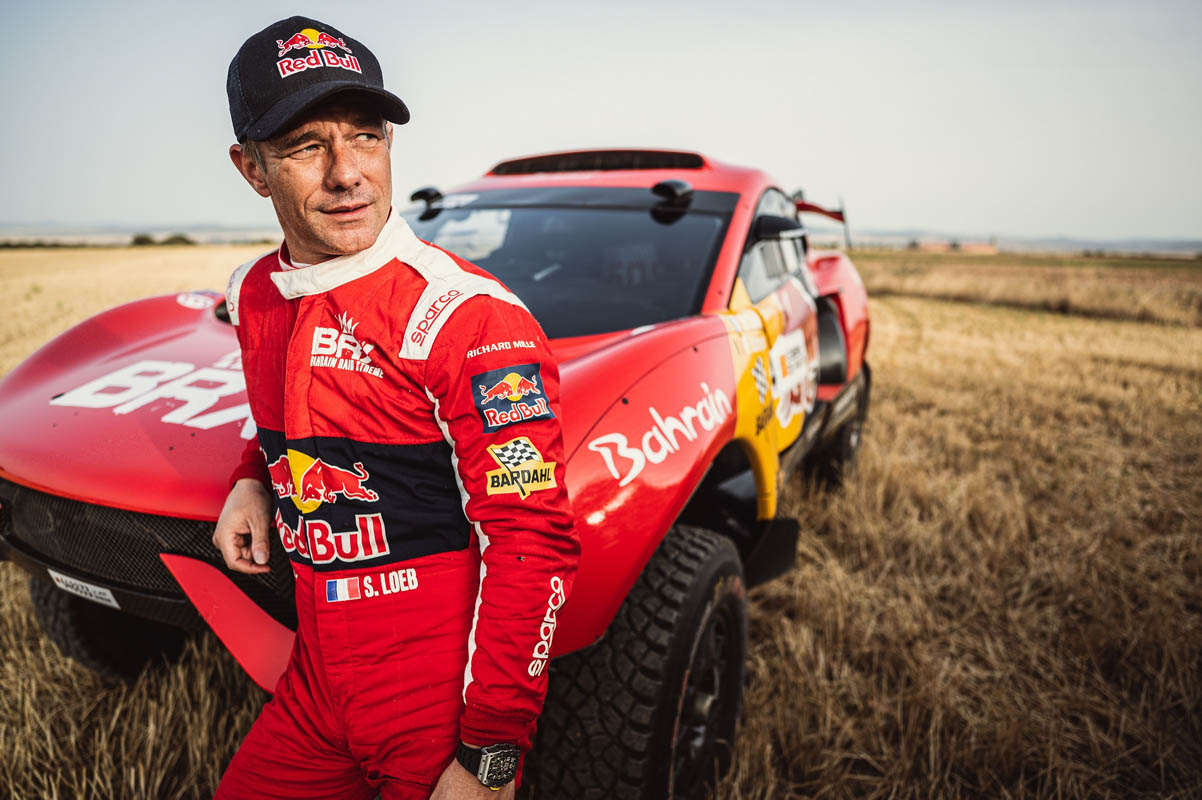 Sébastien Loeb, the most successful driver in World Rally Championship history, makes his debut in the Abu Dhabi Desert Challenge next week.

The nine-time World Rally Champion starts the event in partnership with Belgian co-driver Fabian Lurquin at the wheel of a Bahrain Raid Xtreme Prodrive Hunter in the emerging T1+ category.

Loeb’s status as the most complete rally driver ever adds extra fascination as the Abu Dhabi Desert Challenge marks its 30th anniversary from 6-11 November under the patronage of HH Sheikh Hamdan bin Zayed Al Nahyan, the Ruler’s Representative in Al Dhafra Region.

As the T1+ category is not officially recognised until next year, Loeb cannot gain outright victory in the Abu Dhabi Desert Challenge nor score points in the penultimate round of this year’s FIA World Cup for Cross Country Rallies.

But he faces an intriguing test, with three former winners of the event, Bahrain Raid Xtreme team-mate Nani Roma from Spain, the UAE’s Khalid Al Qassimi in a PH-SPORT Zephir, and Martin Prokop from the Czech Republic in a Ford Raptor RS Cross Country, among the other T1+ contenders.

As the rally unfolds across the remote Al Dhafrah desert dunes, competitor wellbeing is a major priority for the rally organisers, and the Emirates Motorsports Organization’s (EMSO) safety plan for the event involves months of planning and expert co-ordination.

Chief Medical Officer Dr Sean Petherbridge oversees a 17-strong team of doctors and paramedics whose potentially life-saving work during the event is part of a rapid response Search and Rescue operation ensuring no time is lost in the event of accidents. 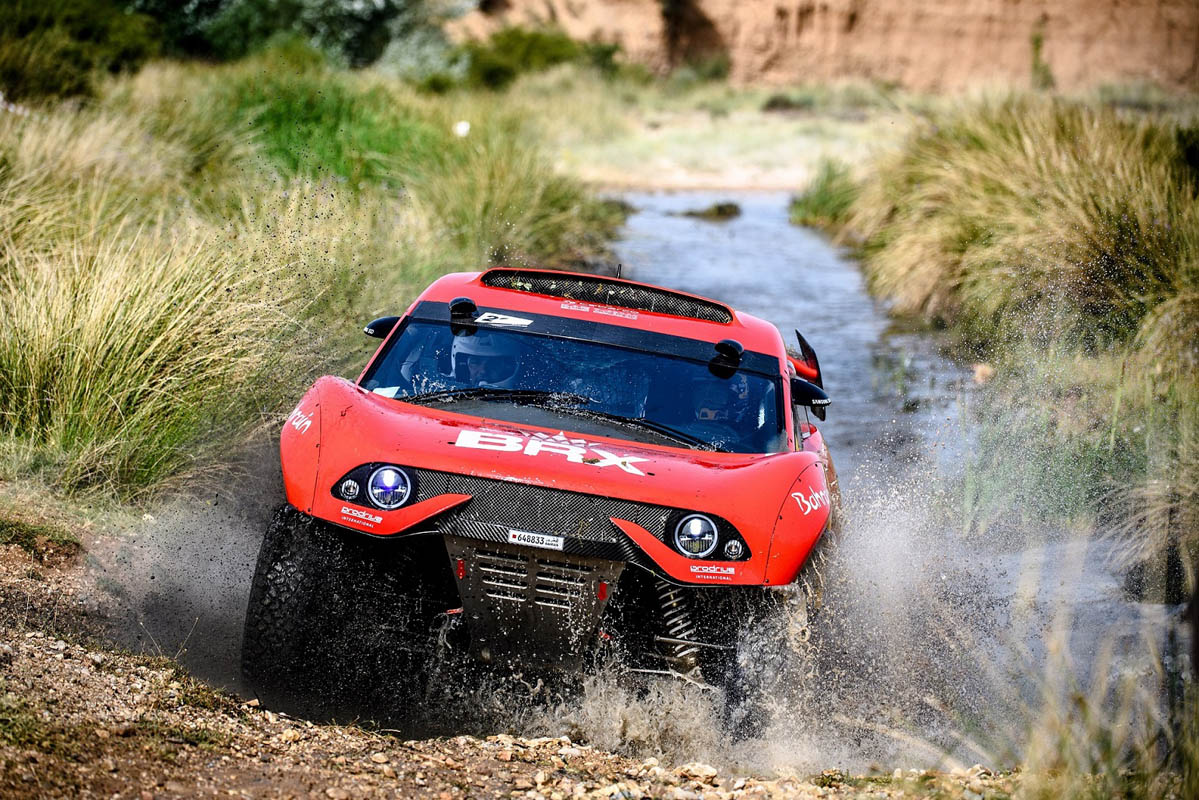 Some will be treated at the scene and may continue in the rally, while others will be evacuated to the rally’s bivouac medical centre or the nearest hospital.

The entire medical team, including 14 overseas members, is licensed by the Abu Dhabi DOH

to practice in country in line with the rally’s emphasis on governance, and a commitment to the

Before the rally starts, the team will deliver refresher training in first response and medical skills to rally officials and volunteer marshals at Yas Marina Circuit, the rally HQ.

Ahmed Al Hajeri, Chief Executive Officer of National Ambulance, said: “We have a close working partnership with the EMSO, and are very happy to once again play an important role in safeguarding the wellbeing of competitors in the Abu Dhabi Desert Challenge.

Mohammed Ben Sulayem, President of the EMSO and FIA Vice President for Sport, said: “The rally has a proud safety record, and the work and dedication of our medical team, who receive crucial support from the Abu Dhabi Department of Health and National Ambulance, is recognised by competitors and admired by rally officials around the world.”

Based at Yas Marina Circuit, the Desert Challenge is also the final round of the FIM Cross-Country Rallies World Championship for bikes.

It begins with a Super Special Stage for bikes at 1.30pm next Saturday before sweeping out into the Al Dhafra region the next morning. 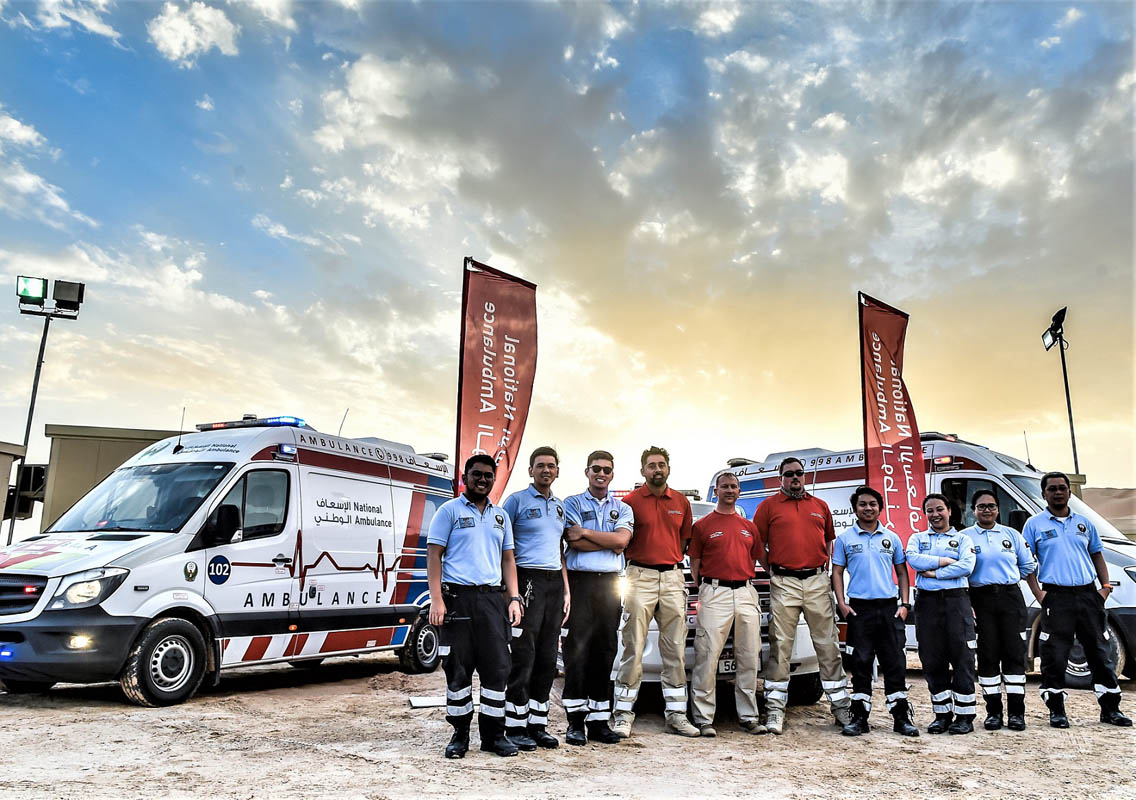