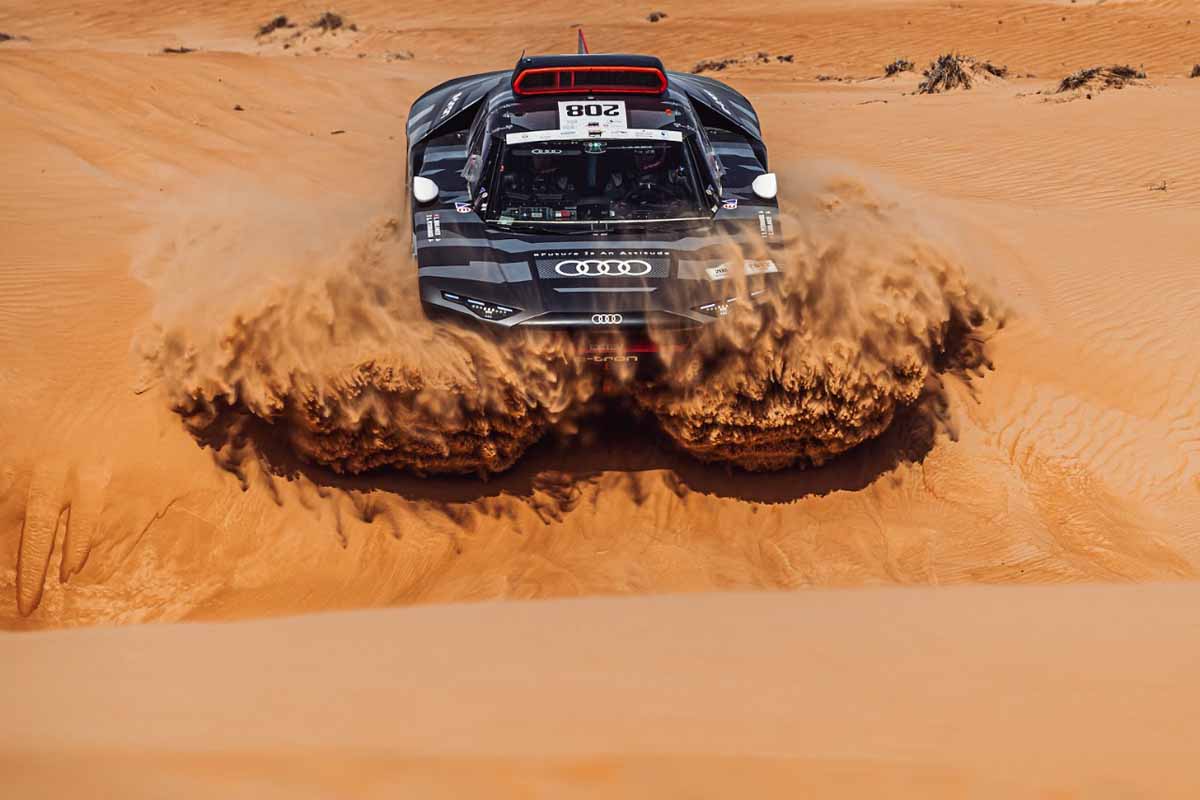 Two familiar names lead the way in the Abu Dhabi Desert Challenge after a third day of intense rivalry between the world’s top drivers and riders among the spectacular Al Dhafra dunes.

Stephane Peterhansel in an Audi RS Q e-tron will become the most successful driver in the 31-year history of the event if he holds on for a seventh cars win, after extending his overall lead to

With Poland’s Jakub Przygonski another 55 mins further adrift in third place at the wheel of a Mini John Cooper Works Buggy, the Frenchman is in complete control.

Peterhansel will take nothing for granted, however, particularly after learning that Saudi Arabia’s Yazeed Al Rahji had plunged from contention when his Toyota Hilux came to an abrupt halt near the end of the stage, while lying just 11 minutes behind in second place.

The fastest time on the 270km Al Futtaim Toyota Stage 2 was set by defending champion Nasser Al Attiyah in another Toyota Hilux, with nine-time World Rally Champion Sebastien Loeb 5mins 16secs away in his Prodrive Hunter.

For a second day, however, Al Attiyah and Loeb were battling largely for World Rally-Raid Championship points, with their hopes of victory in the event already ended by opening day problems which cost them 20 hours, and two hours, respectively.

As far back as 1996, Peterhansel scored his first victory in the rally on two wheels. Content with today’s third fastest time, he knows the terrain almost as well as Sam Sunderland, who lived in the UAE for ten years and is the new overall bikes leader.

He has an overall advantage of 4 mins 24 secs from Walkner, with Argentina’s overnight leader, Kevin Benavides just four seconds further behind in third place.

Emirati rider Abdulaziz Ahli continues to dominate in the quads on his Yamaha Raptor. The defending champion ended the day holding a massive cushion of 1hr 36 mins 59 secs over Slovakia’s Juraj Varga.

With fierce competition among the lightweight cars, Francisco Lopez Contardo suffered a mechanical problem in at the start of the stage. The Chilean’s lead in a Can-AM Maverick was dramatically cut to 1 min 26 secs from Spain’s Cristina Gutierrez in an Overdrive OT3.

There was no more satisfied finisher on the stage than Peterhansel, who said: “Today was very good. We had a good drive over the dunes, overtaking Yazeed this morning. We pushed more this afternoon as the car was good and not over-heating. We are learning a lot about the car. For the last two stages we will push very hard, looking for a victory.”

Sunderland reached the end of the stage to say: “It was another good day for me. Really hot out there. Also it was very windy and therefore hard to see the lines.”

As today’s stage took competitors on another dramatic passage through the Al Dhafra desert, National Ambulance vehicles and personnel equipped with lifesaving medical equipment were on permanent standby to deliver aid to competitors in the instance of an emergency.

Ahmed Al Hajeri, Chief Executive Officer of National Ambulance, said: “We are glad to be part of the Abu Dhabi Desert Challenge once again. Our priority is to ensure everyone’s safety for what will be tough racing conditions and we will be on standby prepared to provide the highest quality of emergency medical services in case they are needed.

“We wish all competitors the best of luck and look forward to continuing our partnership with the Emirates Motorsports Organization (EMSO) in the future and in ensuring the success of this prestigious motorsport event.” 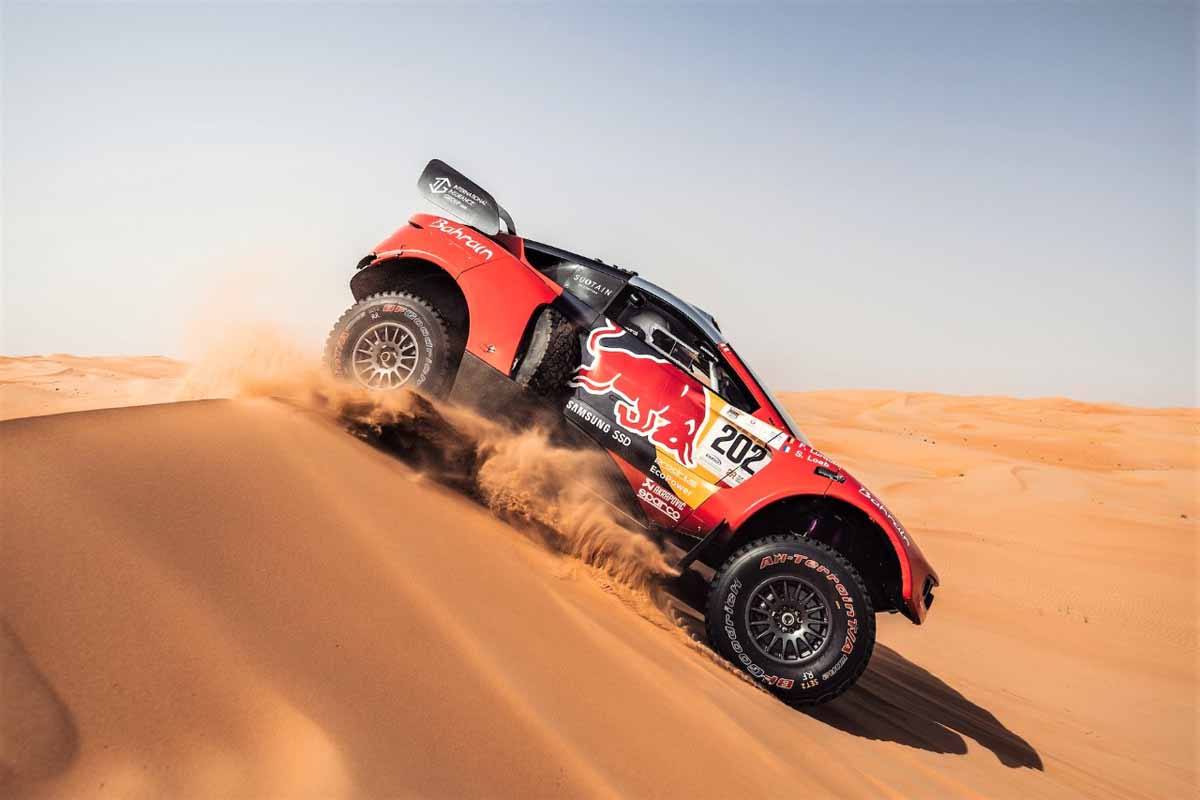 Once again, the sustainably fuelled Prodrive Hunter ran trouble-free in the searing heat of the Al Dhafra desert, while there were issues for several cars currently lying ahead of the pair in overall WRRC standings, enabling Loeb to climb the leaderboard.

Championship leader Nasser Al Attiyah won the stage but remains 18 hours behind and much further down the leaderboard following his retirement on stage one.

Loeb said: “Today was pretty good for us and we had a clean run. The car was good and the pace ok despite the heat and the sand being very soft.  We are not really pushing as we are trying to protect our position for the championship as that is our goal.”

Gus Beteli, BRX team principal, said: “It was another good day for us. with the Hunter continuing to perform well in the hot conditions. Seb’s pace means he is continuing to climb the overall WRRC leaderboard, and that is the most important thing for us as our target is to come away from here with the championship lead with three rounds to go.”

In the final standings at the end of the event, T1 cars will score points based on their overall position, not their position within the T1 class. Having lost time on the first stage, this means that Loeb is looking to overtake WRRC competitors in all the classes, not just T1, in order to maximise his championship points. 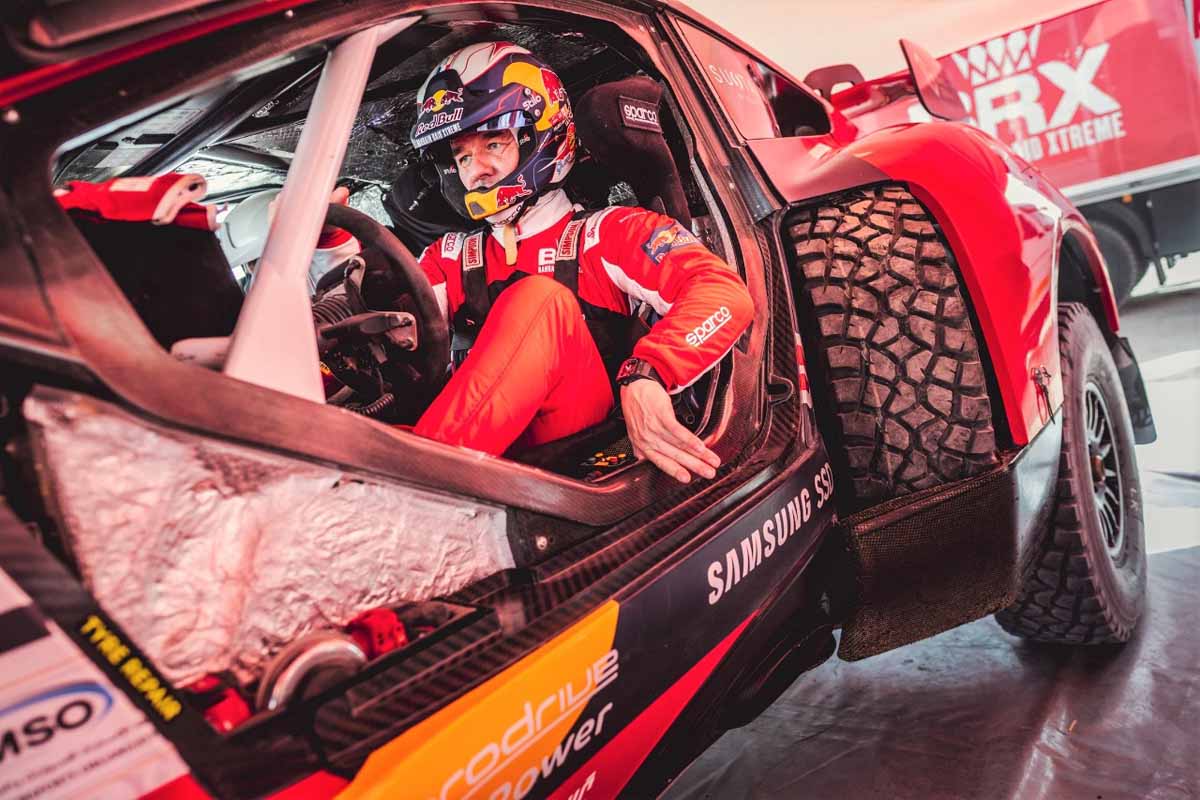 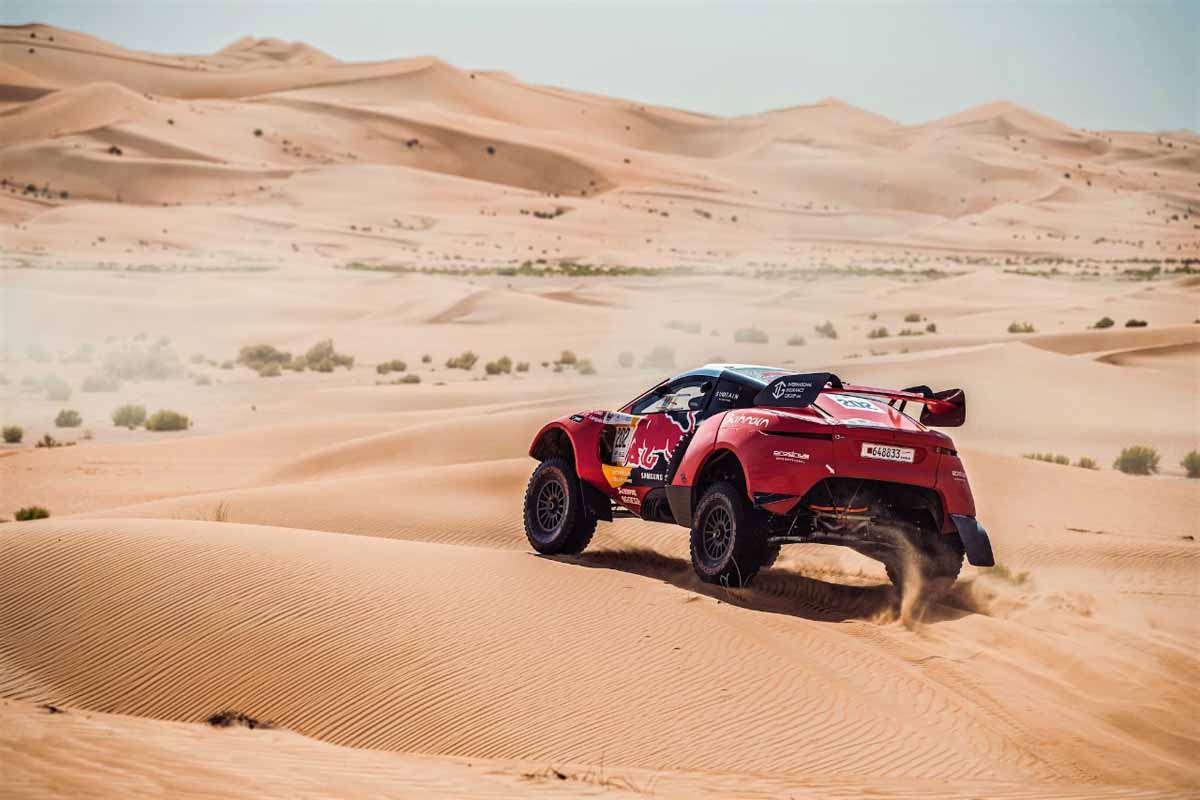 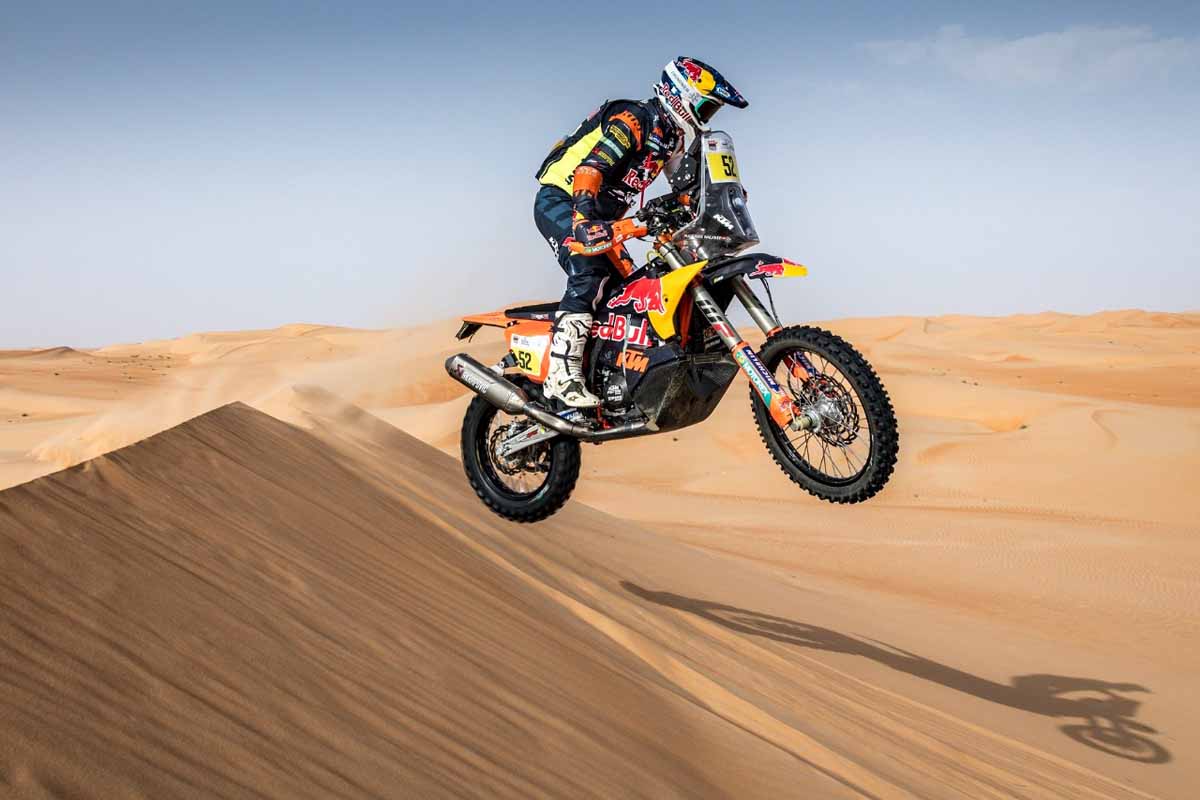 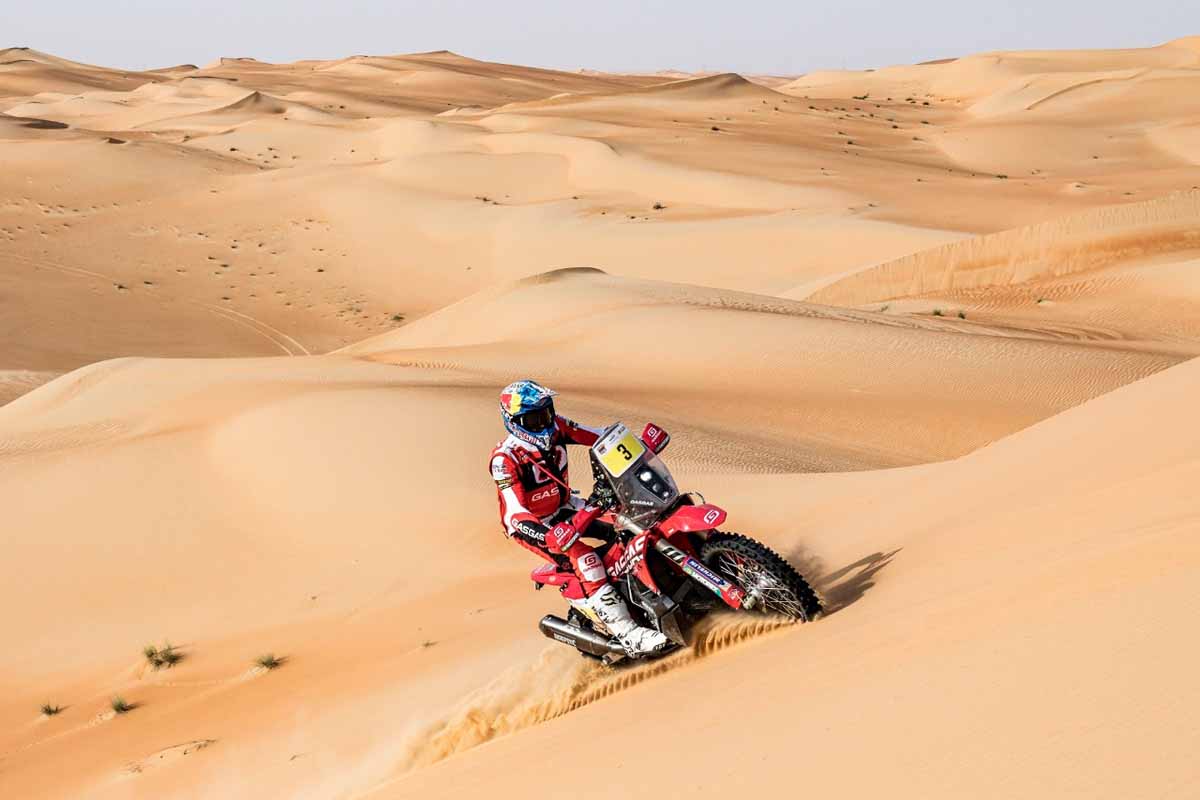 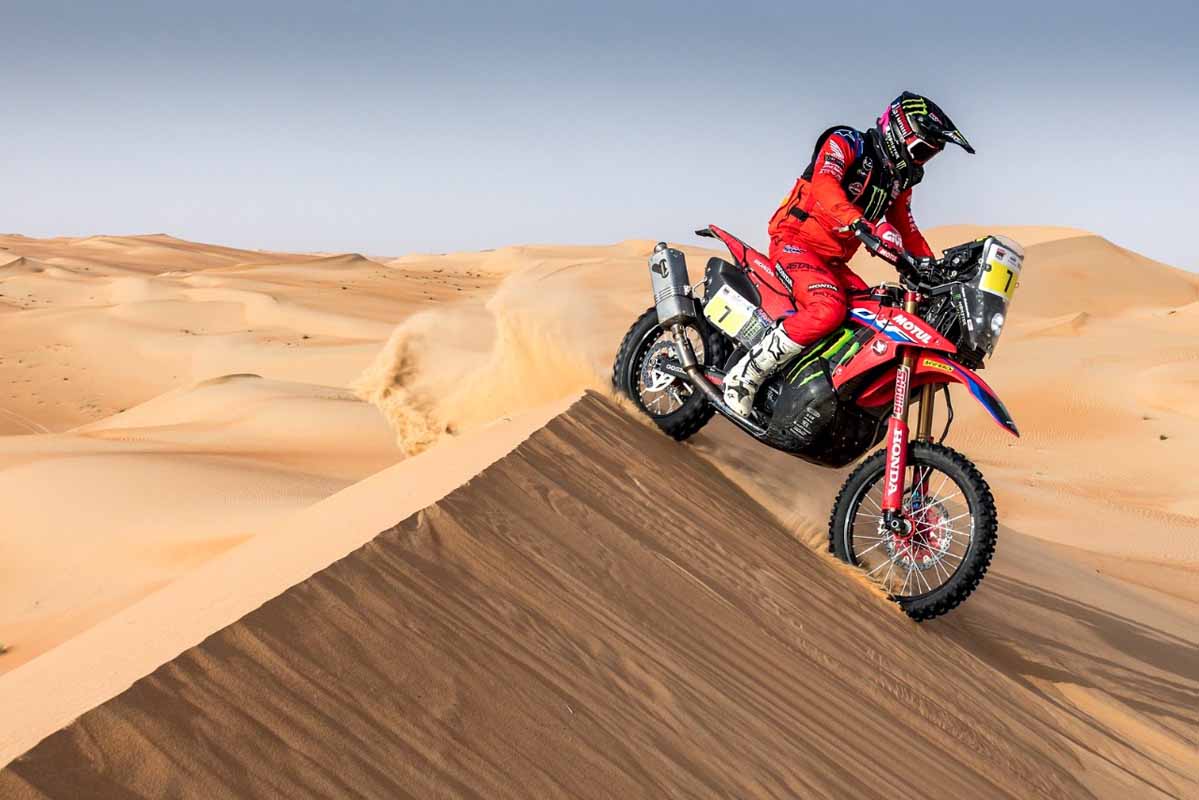 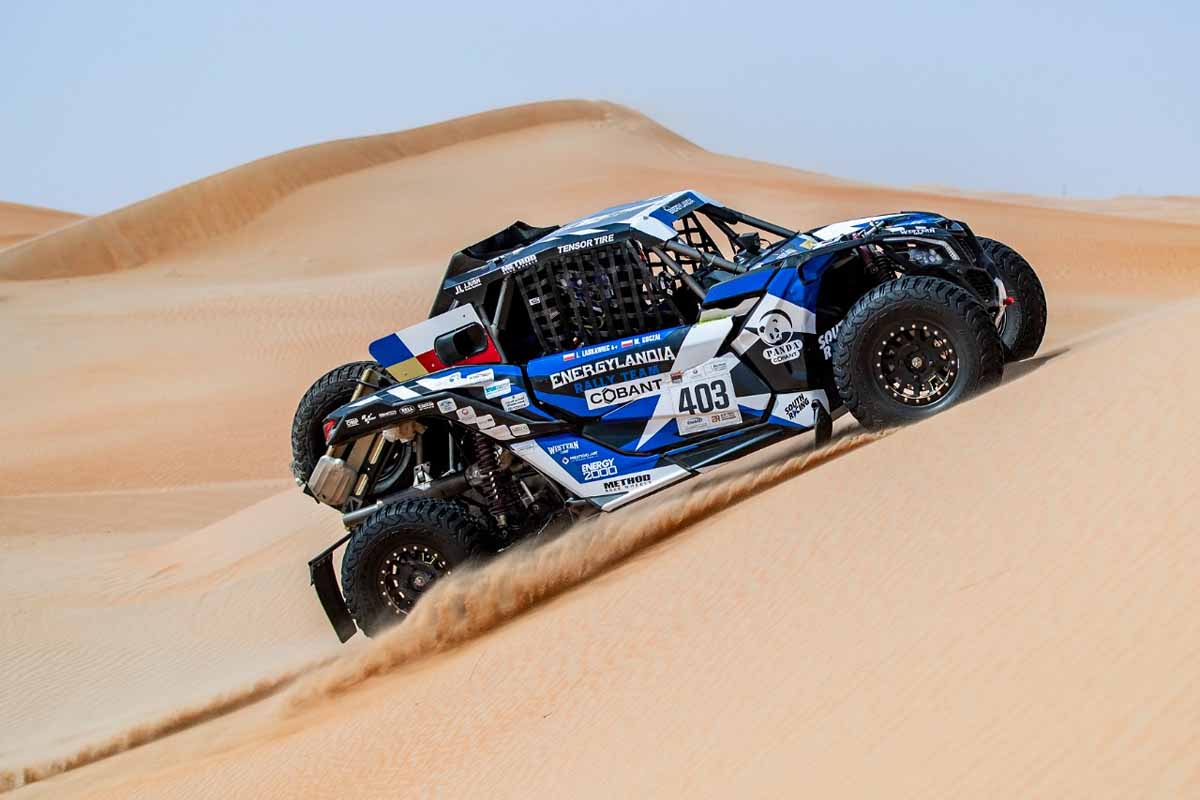 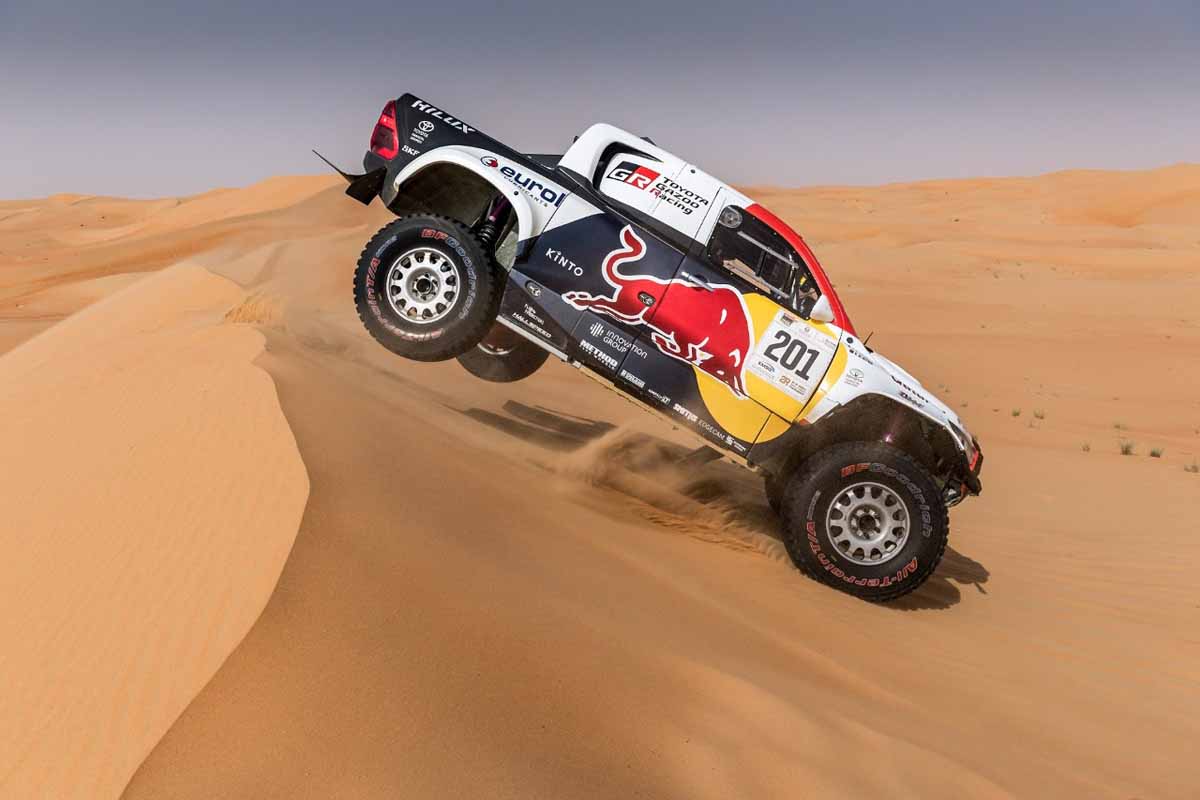