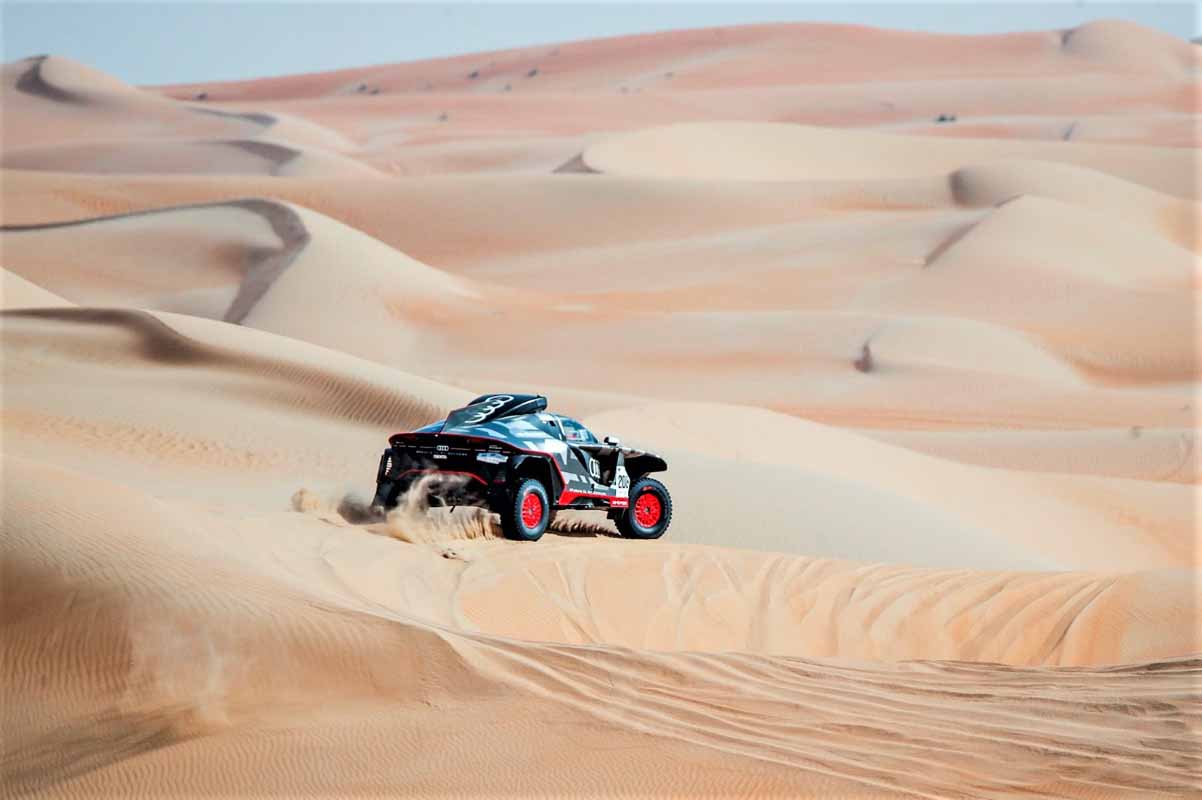 Stephane Peterhansel underlined his place in the record books of the Abu Dhabi Desert Challenge with an assured drive to victory today as Sam Sunderland saved his best until last to secure a third bikes title in the event.

While the 209km Abu Dhabi Sports Council Stage 5 had the potential to repeat some of the final day dramas of previous years, cool heads ensured that Peterhansel and Sunderland arrived safely to the finish at Yas Marina Circuit, after a demanding five-day passage through the Al Dhafra dunes.

Partnered by Edouard Boulanger in his Audi RS Q e-tron, the Frenchman secured his record-breaking seventh cars title in the Abu Dhabi Desert Challenge, with a winning margin of 29 mins 49 secs from the 2018 winner, Czech Martin Prokop, accompanied by Viktor Chytka in a Ford Raptor.

Sunderland, who started the last day with a fragile 23-seconds advantage on his GasGas, showed how the best riders handle pressure. He pulled away to win by 3 mins 8secs from American Ricky Brabec, whose Honda team-mate, Chilean Pablo Quintanilla, was another 48 secs away in third place.

Giving the host country a title win to celebrate for a second Abu Dhabi Desert Challenge in four months, Emirati rider Abdulaziz Ahli on a Yamaha Raptor retained his quads crown with a massive

The rally’s toughness this week has seen many of the leading challengers for the drivers’ crown fall from contention, none more so than Nasser Al Attiyah, whose hopes of a fourth win were ended by a broken wheel on the first leg.

Focused since then on protecting his lead in the new World Rally-Raid Championship, the Qatari completed a run of four successive stage wins today alongside Mathieu Baumel in his Toyota Hilux,

with more valuable WRRC points compensating him for many hours of time penalties.

Chile’s Francisco Lopez Contardo in a Can-AM Maverick landed the third overall podium spot, and the T3 title for lightweight vehicles, ahead of Spain’s Cristina Gutierrez in an Overdrive OT3, and the next T1 finisher, Poland’s Jakub Przygonski, who took fifth in his Mini John Cooper Works Buggy. Poland’s Marek Goczal claimed sixth position overall in another Can-AM Maverick to win the T4 category. 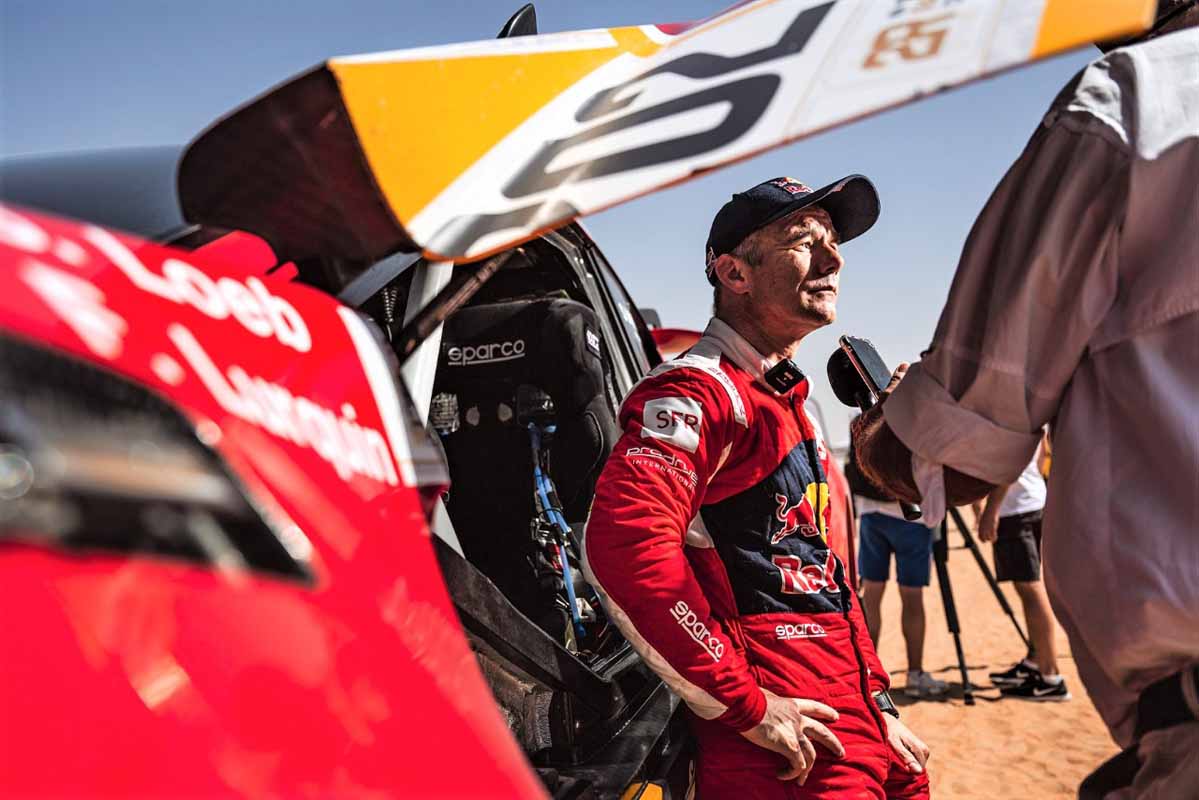 Nine-time World Rally Champion Sebastien Loeb, Al Attiyah’s chief WRRC rival and another first leg mechanical victim, was third fastest on the day in his Prodrive Hunter, despite losing three minutes with two punctures. He finished eighth on his debut in the event.

With Czech favourite Martin Macik out of the running for the trucks title after major second leg problems, Kees Koolen’s Dutch trio cruised to T5 victory in their Iveco Powerstar.

Peterhansel has now surpassed the six cars victories of Jean-Louis Schlesser, and as a result of his bikes win back in 1996, has an overall Abu Dhabi Desert Challenge record equalling the eight triumphs of Spanish rider Marc Coma.

“This is a really special win, a victory with a really good car,” he said at the end of the Abu Dhabi Sports Council stage. “As the driver I made a few mistakes on some dunes, but that is rallying. I’m delighted to be the first car winner with this new generation of cars.”

Al Attiyah said: “When I crossed the finish line of this last stage, I immediately remembered what happened on the first stage. That’s a little bit of a disappointment. But to come back strong and win the remaining four stages wasn’t easy, and we did a truly amazing job.”

WRC legend Loeb was clearly impressed with the event on his first attempt. “It’s really special,” he said. “The place is beautiful. We are in dunes like nowhere else.

“It’s very exciting to drive in these conditions. It’s very difficult in some places. You can crash very easily with some big drops in the dunes. It was important to drive here to take this experience”

Sunderland, who added to his Abu Dhabi Desert Challenge wins in 2017 and 2019, declared at the finish: “I feel really cool. The desert challenge is always difficult, and this one more so because everyone was going really fast. It was a tough race, quite physical. Honestly, I am really happy, and it’s a great second round of the (WRRC) championship.”

A delighted quads winner Ahli said: “Winning this time feels much better than the last time because this time I feel I worked really hard for it, and all this hard work finally really paid off. I am really happy as the idea was to keep pushing each day. Today was different as I didn’t want to push much, but just ensure I finish the race in one piece.

“It’s such a great feeling for me as this is the first time for anyone to win the quads category two times in-a-row. I am very happy and I believe I have set some new records in this race, so very happy with that as well.”

Sebastien Loeb has taken a one point lead over Nasser Al Attiyah in the World Rally-Raid Championship (W2RC) after claiming third place on the final stage of the Abu Dhabi Desert Challenge.

The Bahrain Raid Xtreme driver in the Prodrive Hunter finished sixth overall of the W2RC competitors, putting him on 112 points after two rounds.

The final stage did not start well for Loeb, who suffered a double puncture on his sustainably-fuelled Hunter, dropping time and costing him second place. He then had to drive cautiously for the remaining 200+km, without a spare tyre, to ensure he finished the stage.

Loeb said: “We had two punctures after we landed very heavily on one side and lost three minutes changing tyres. After that everything was good. We lost a lot of time on the first day when we broke the transmission, but we managed to repair it and get to the end.

“After this, we were able to do four good stages and get good points for the championship. Not as many as we hoped, but with Nasser’s retirement on stage one, it was enough to take the lead, so we are happy.”

He added: “It was my debut on the Desert Challenge, and it was really special and beautiful. We are in dunes like nowhere else. It is very exciting to drive in these conditions, but it is tricky and you can crash very easily with some big drops. But it has been important to gain experience.”

It was Loeb and co-driver Fabian Lurquin’s determination to complete stage one after damaging the drivetrain and having to enact repairs, that ensured they finished so high up the W2RC classification for the Desert Challenge to secure the championship lead.

Gus Beteli, the BRX team principal, said: “After the issues on stage one, we are very happy to have come away from the Desert Challenge in the championship lead.

“It is testament to Seb and Fabian that they never gave up and got to the end of the first stage, otherwise we would be well behind Nasser in the championship.

“The terrain on the next three rounds should suit Seb, so I think we are still on course for our ambition of winning the drivers’ title.” 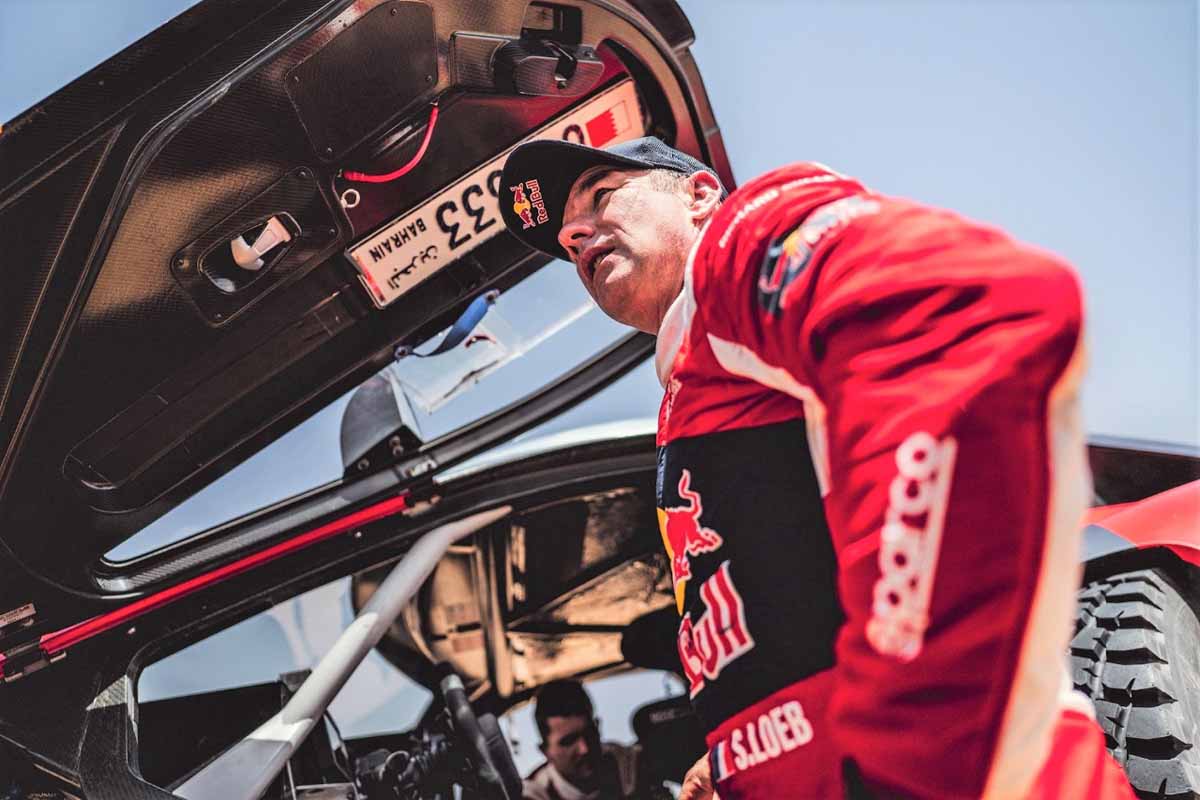 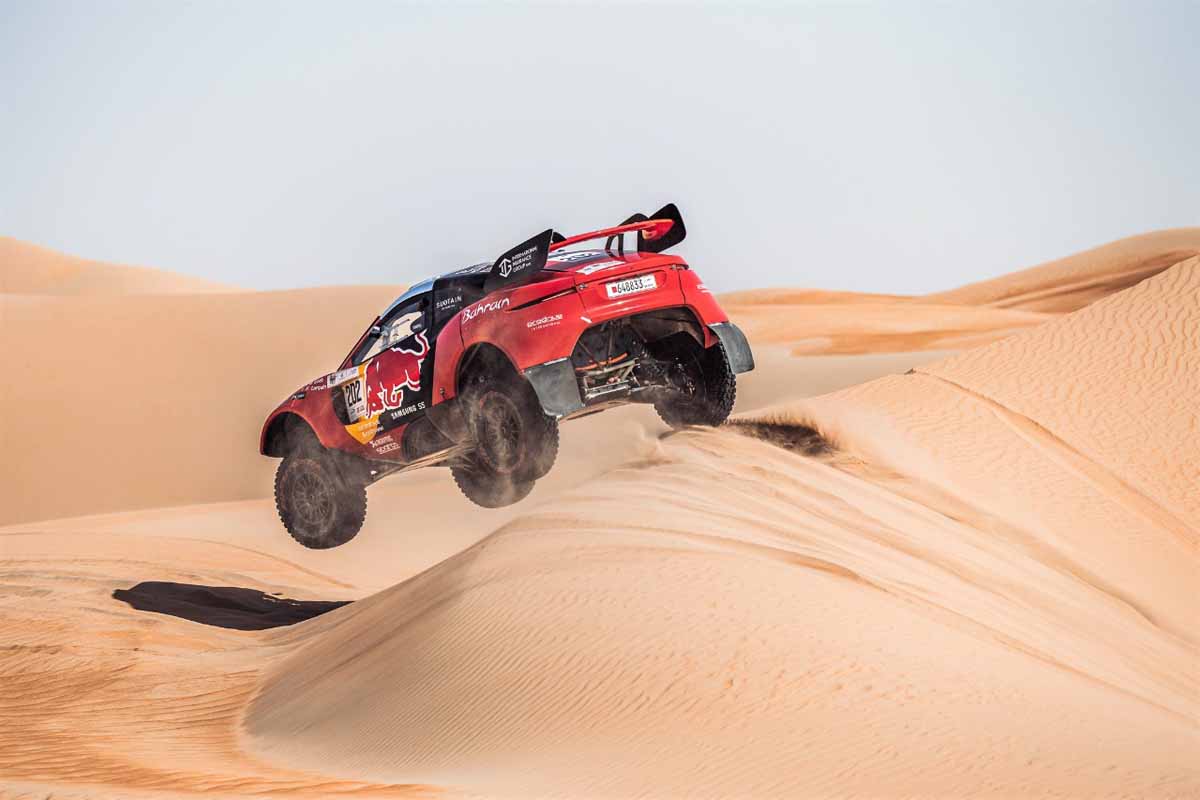 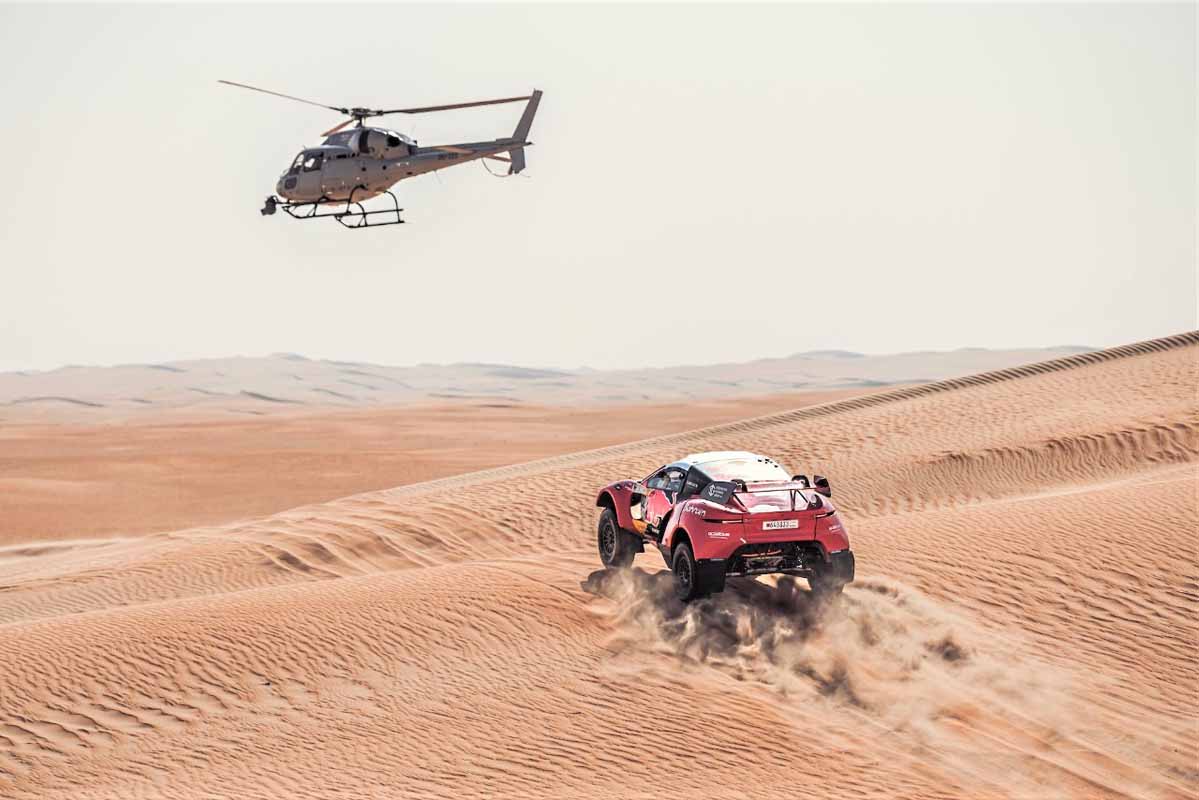 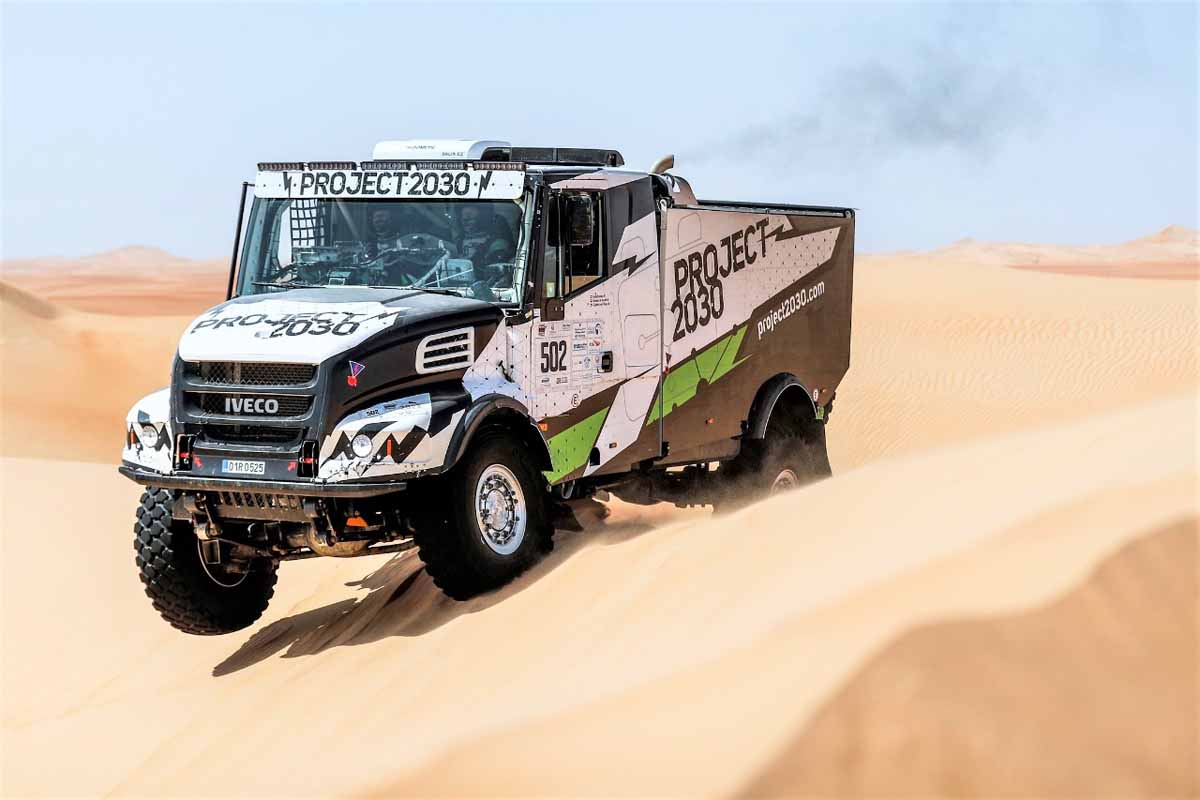 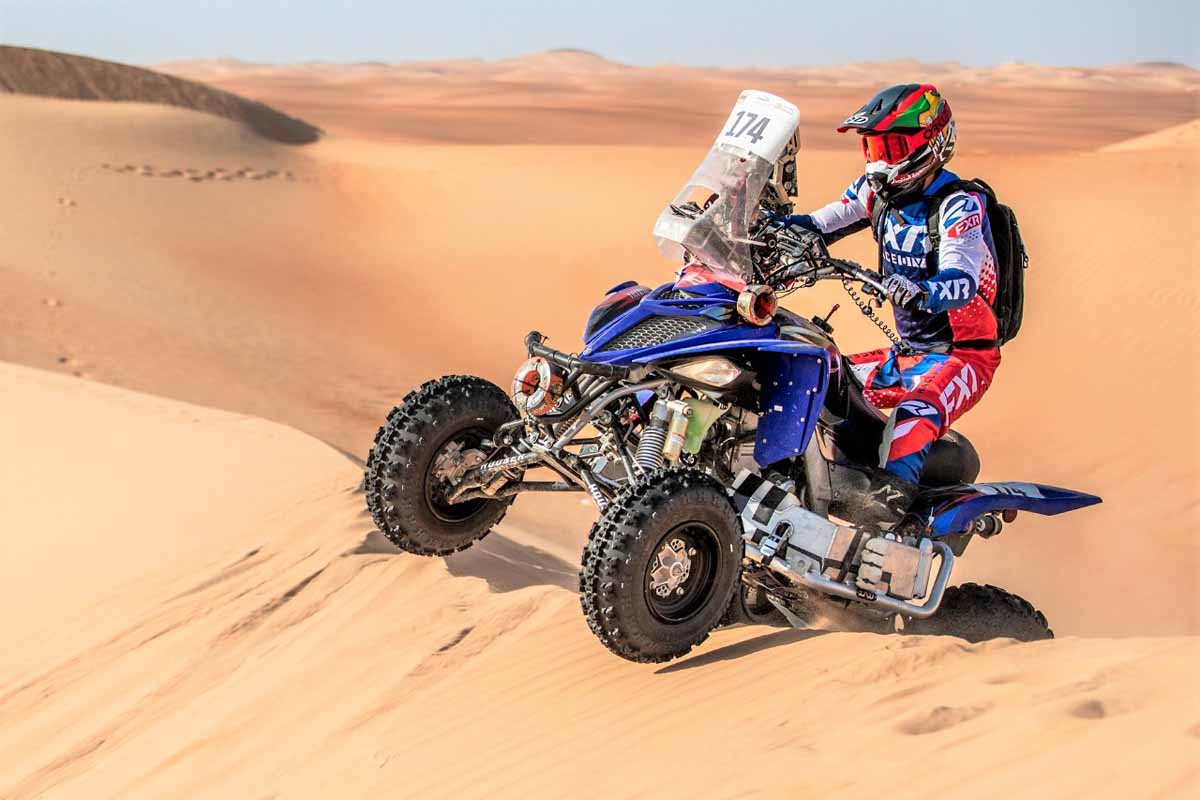 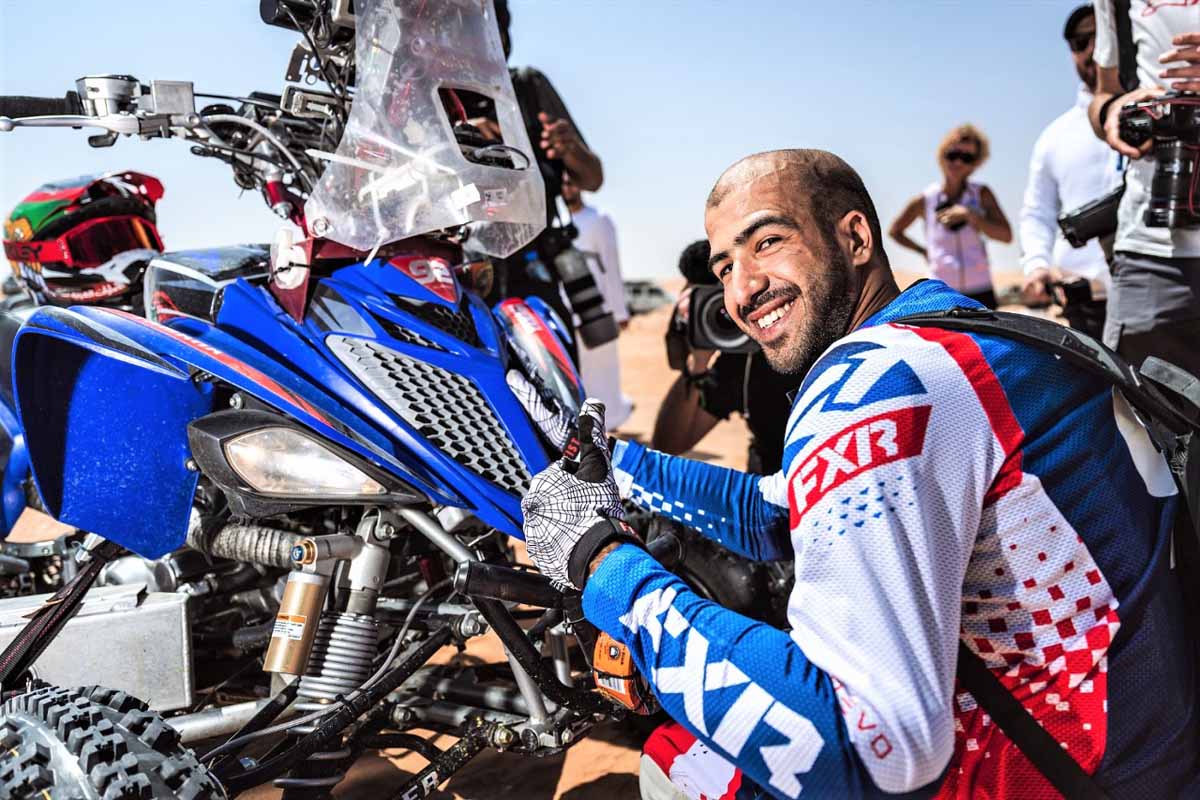 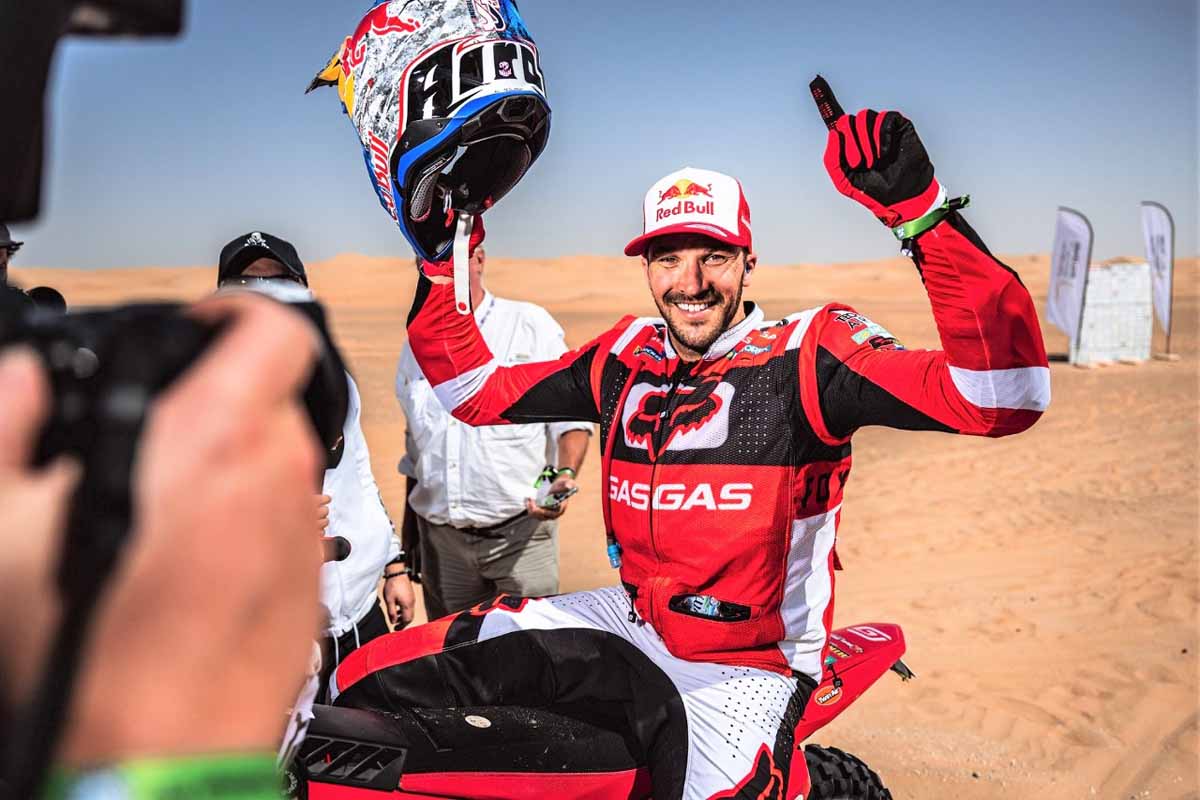 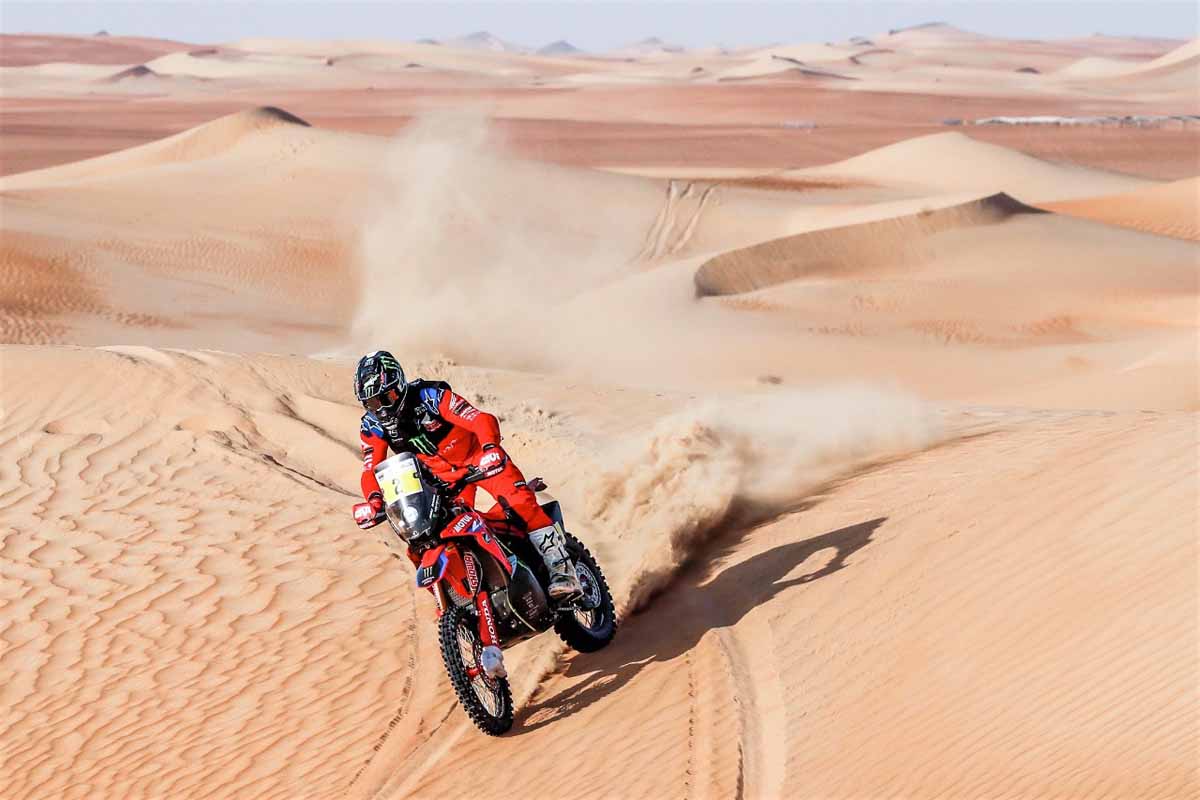 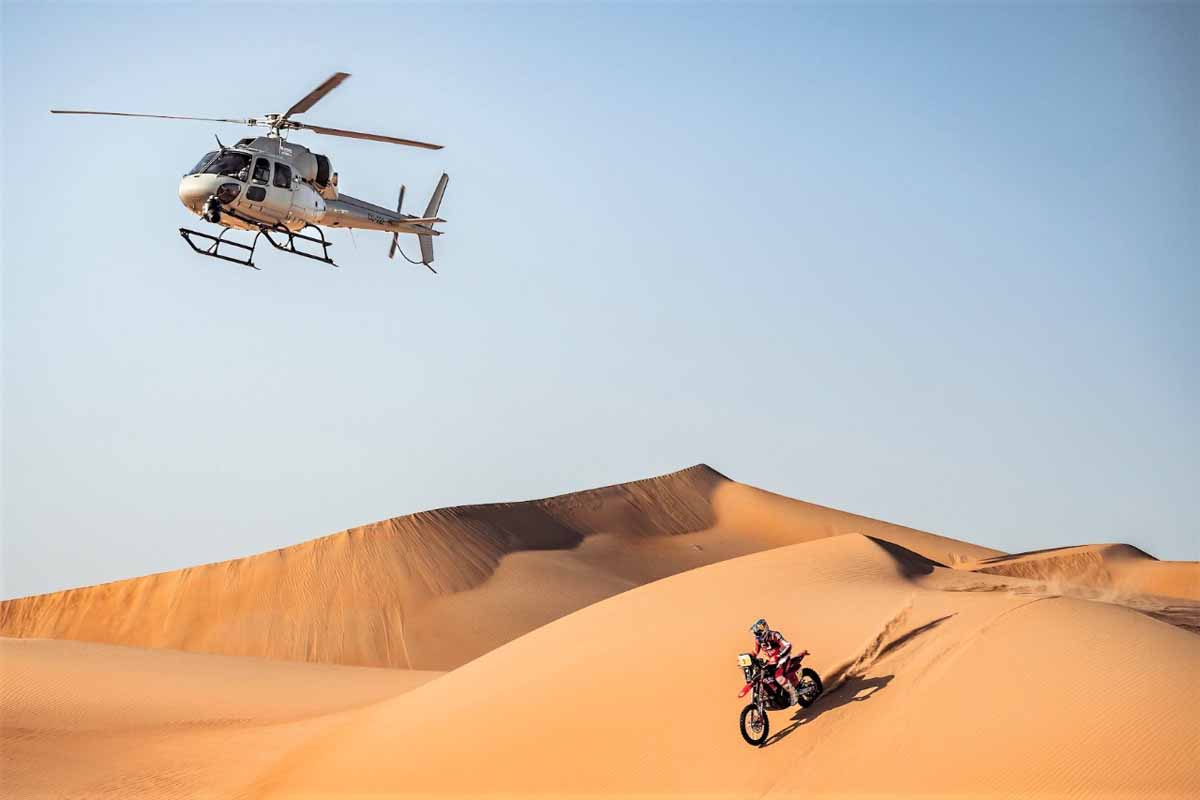 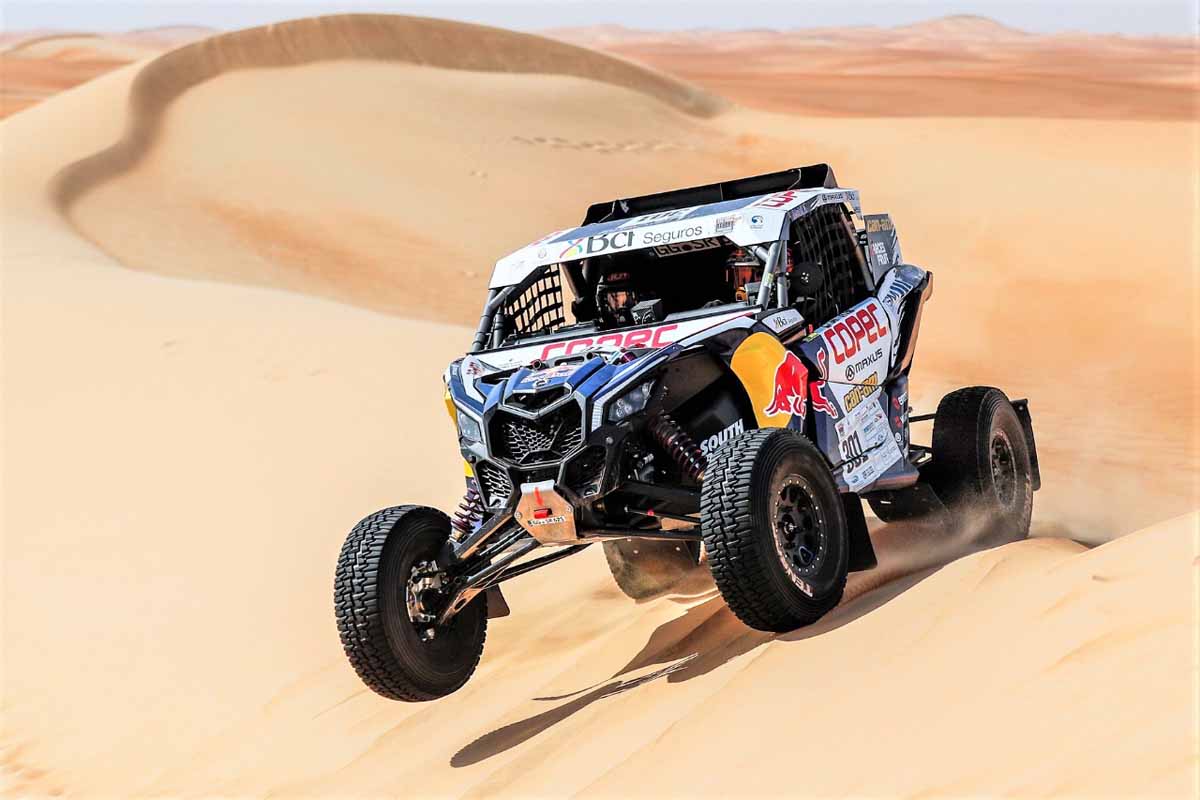 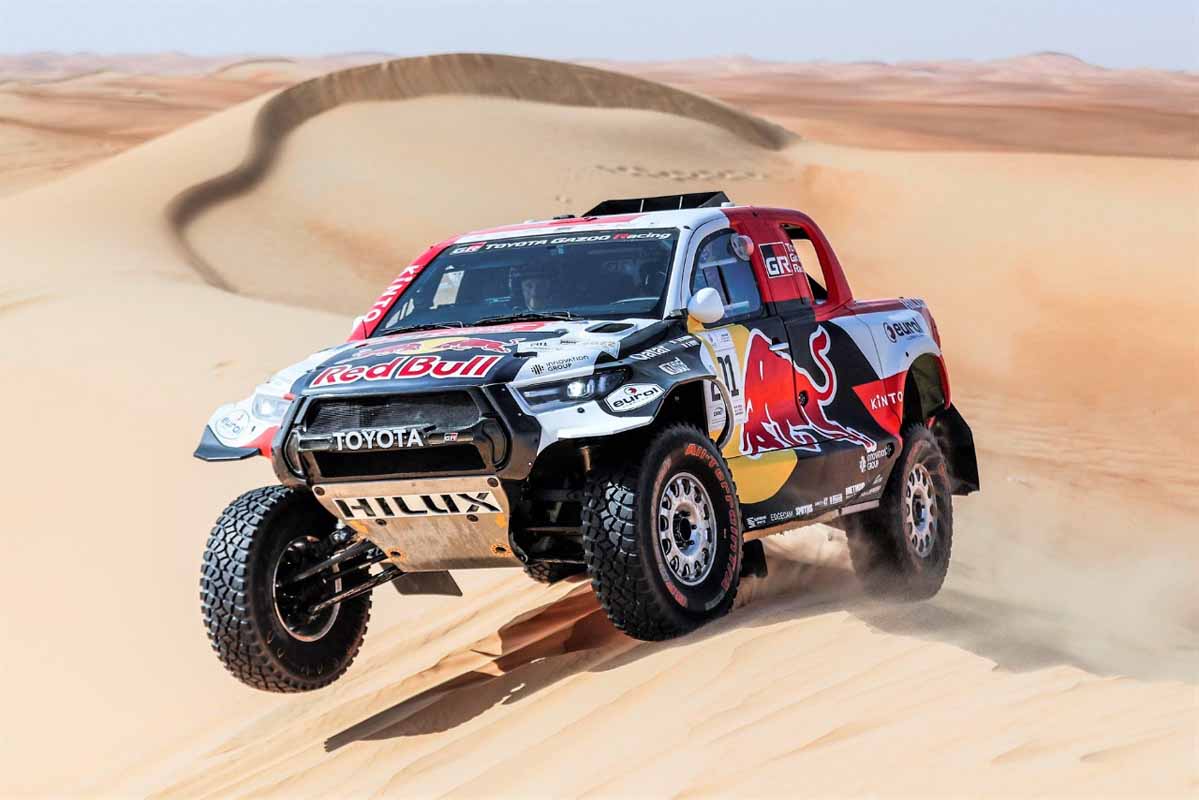 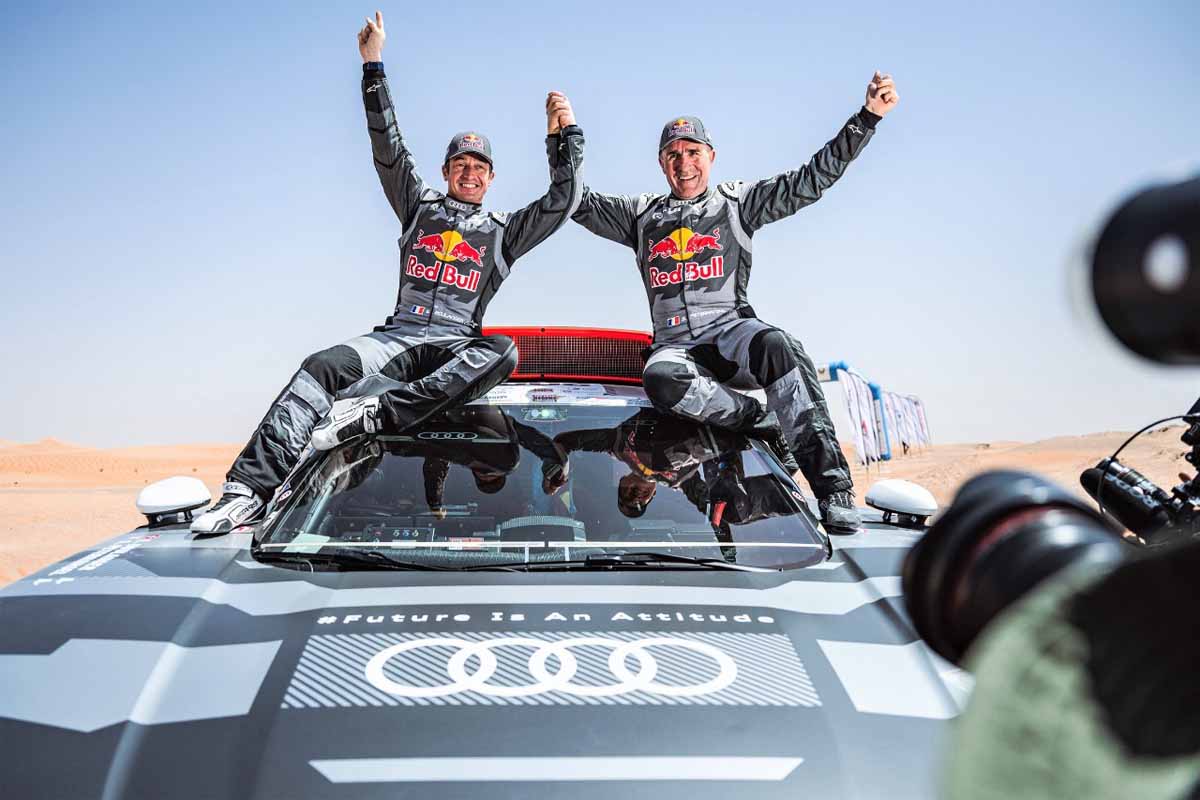