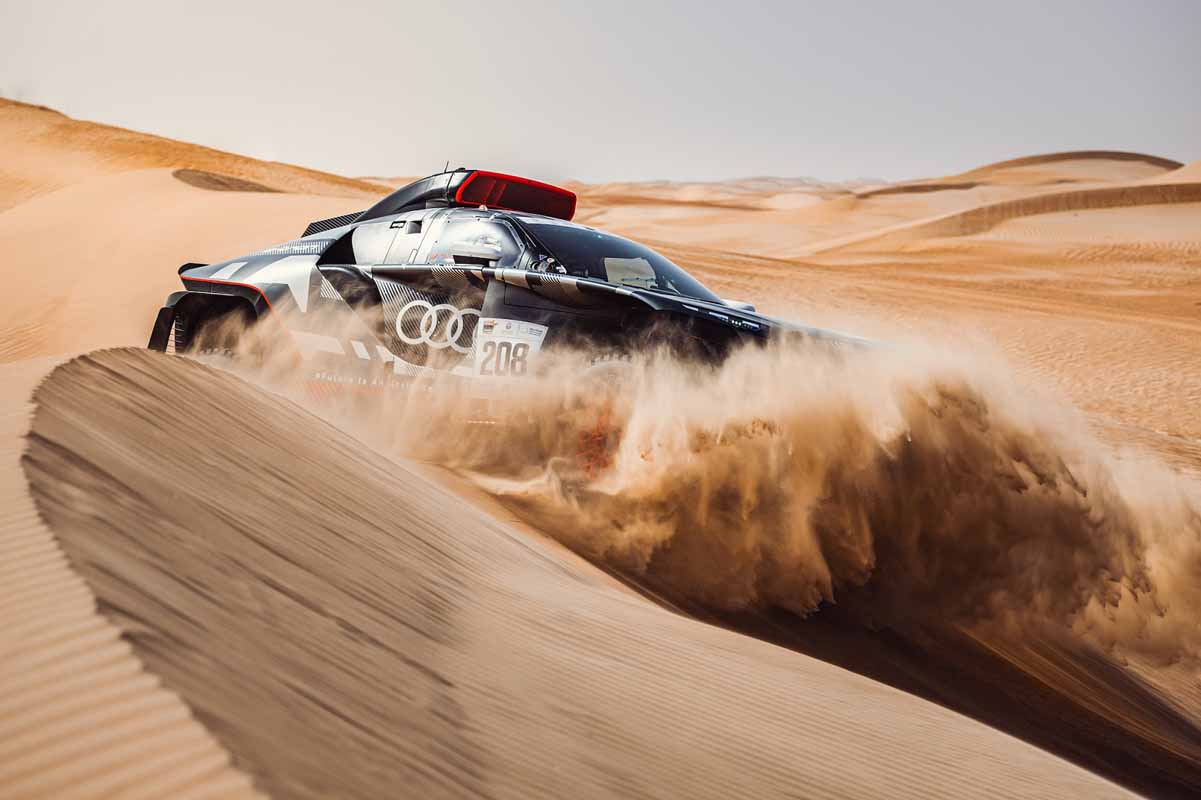 The Abu Dhabi Desert Challenge has produced many final day dramas down the years, and another thrilling climax is assured as the rally returns from the spectacular Al Dhafra dunes to the UAE capital.

The bottom line following today’s 243km Abu Dhabi Aviation Stage 4 is that it will take a spectacular turnaround to prevent a seventh cars triumph for Stephane Peterhansel, but the battle for victory on two wheels remains wide open.

Peterhansel, in an Audi RS Q e-tron, has increased his overall lead to 33 mins 21secs from the 2018 champion, Czech Martin Prokop, in a Ford Raptor, and needs only to avoid disaster on the last day to become the most successful driver in the event’s 31-year history.

It is a completely different story on two wheels, with the top four separated by just 2 mins 34 secs, and a succession of other leading factory team riders waiting to pounce following today’s memorable first ever stage win for Argentina’s Luciano Benavides. He lies ninth on a Husqvarna, 11 mins off the pace, but was ecstatic after a brilliant ride.

Sam Sunderland’s lead on his GasGas was slashed by more than 4 mins to just 23 secs from Chile’s Pablo Quintanilla on a Honda, and Australian Toby Price is just 1 min 19 further away, ahead of American star Ricky Brabec on another Honda.

For a third day, defending champion Nasser Al Attiyah in a Toyota Hilux was easily the fastest driver on the stage, going 3 mins 1 sec quicker than the Prodrive Hunter of Sebastien Loeb, his major rival in the tussle for the World Rally-Raid Championship title.

Problems over the first three days for Al Attiyah, Loeb, Poland’s Jakub Przygonski and Saudi Arabia’s Yazeed Al Rahji sent the T1 quartet out of contention this week, opening the door for one of the lightweight prototypes towards an overall top three finish in Abu Dhabi tomorrow.

Holding the provisional podium spot at the end of the leg in a Can-AM Maverick was Francisco Lopez. The Chilean lost 30 minutes with a broken drive shaft the previous day, but now has an advantage of 9 mins 33 secs over Spain’s Cristina Gutierrez in an Overdrive OT3.

Claiming fifth overall is Poland’s T4 leader Marek Goczal in a Can-AM Maverick, with his fellow-countryman Przygonski completing the top six for the T1 contingent in his Mini John Cooper Works Buggy.

Meanwhile, there should be no more emphatic winner in the Abu Dhabi Desert Challenge tomorrow than Emirati rider Abdulaziz Ahli, the defending quads champion on a Yamaha Raptor who is 1hr 48 mins 32 secs clear of Slovakia’s Juraj Varga. 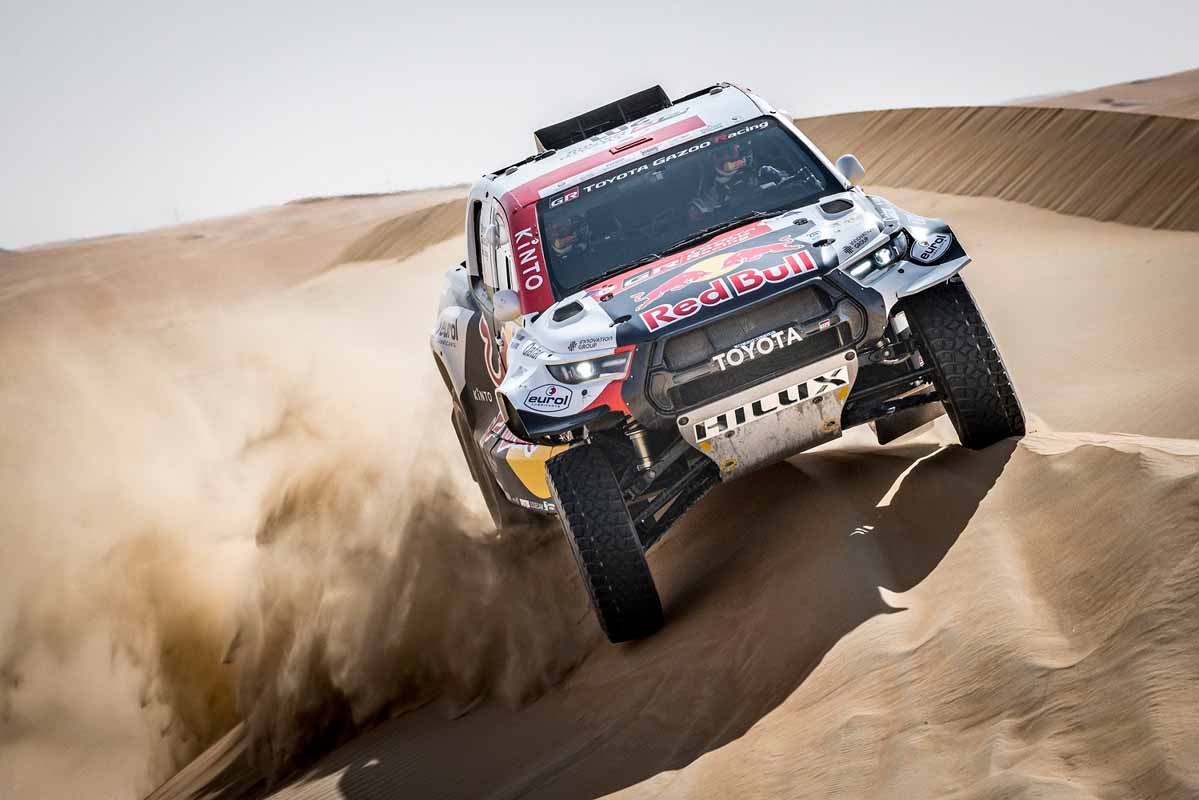 Peterhansel completed the stage to say: “Today was not easy for us but we did good work to get here in good shape. Tomorrow we need to drive safe and be safe because we want to win, so we will do our best.”

Prokop commented: “I tried to enjoy the stage and the dunes – that is why we are here and taking part in this fantastic rally. Tomorrow, well the last stage is always with mixed feelings. I always enjoy going into Abu Dhabi, but it is a long stage so it is not easy.”

Abu Dhabi Aviation stage winner Al Attiyah said: “I am quite happy with our performance and yes, it has been a good day for us. I don’t know about the overall classification. But I do know that every point will help us for the championship.”

Quintanilla, the 2018 Abu Dhabi Desert Challenge bikes champion, clearly had a second win on his mind at the finish when he said: “The wind and heat made this really tough, plus I rode on my own for a lot of the stage. I tried to push, but not easy on the soft sand. A key stage today – just one to go.”

A delighted Luciano Benavides said: “I am really happy that finally I won the stage. I’ve waited for many years for this moment to win a stage. I enjoyed the day and the stage was pretty nice.

“The performance of the bike was smooth. Racing in Abu Dhabi is really a challenge and I am looking forward to tomorrow.”

Price, still feeling the effects of a second leg crash when his KTM landed on top of him, said: “The ride today suited my capabilities, and my condition. The arm is okay on the smooth surface, but on some sections with ruts, not so good. The team did a great job on my bike. 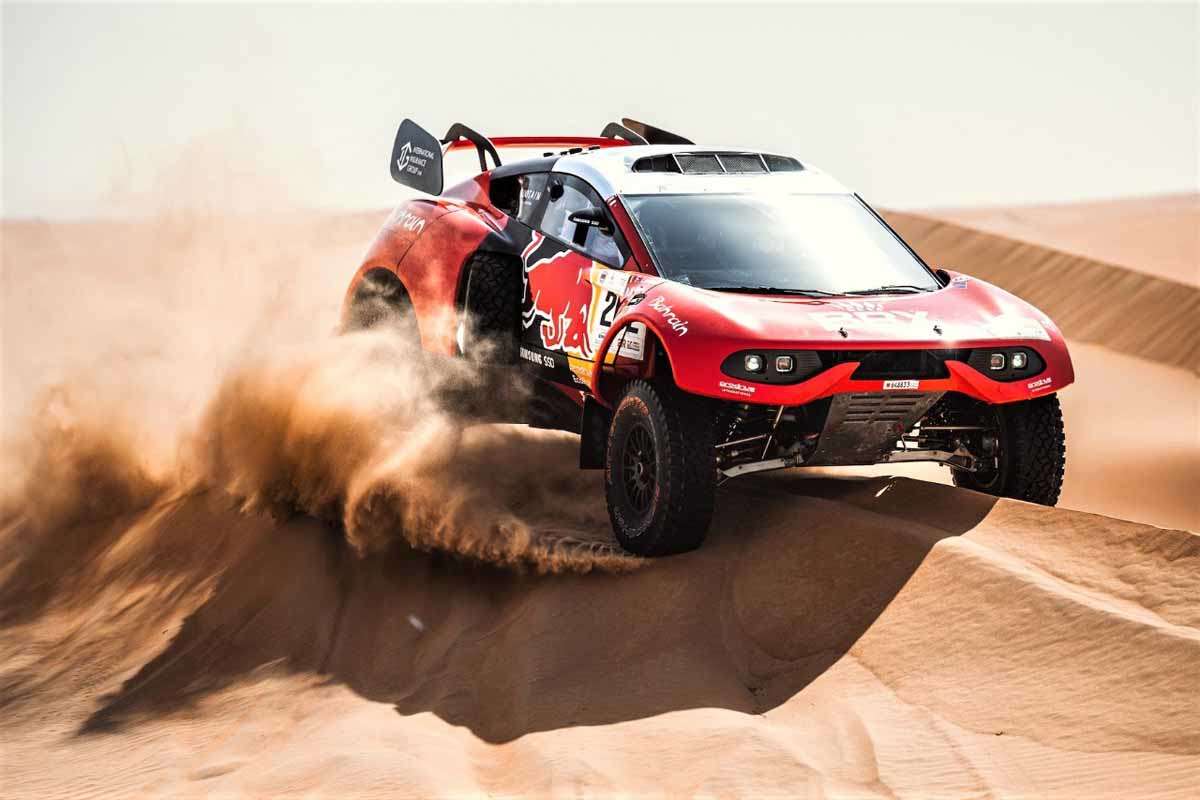 LOEB MAKES IT THREE IN A ROW AT DESERT CHALLENGE

Sebastien Loeb continued from where he left off overnight in the UAE’s Al Dhafra dunes, securing his third consecutive second place on stage four of the Abu Dhabi Desert Challenge.

The result means the Bahrain Raid Xtreme (BRX) driver scored four more points towards his FIA World Rally-Raid campaign, as he closed the gap to WRRC competitors ahead of him on the leader board and moved up a place to seventh overall in the rally.

The Desert Challenge presents terrain that is different to any of the other events in the WRRC, being run almost entirely on sand and dunes.

This is the first time Loeb has competed in the event and he is up against many competitors, including defending champion and WRRC leader Nasser Al Attiyah, who have many years of  Desert Challenge experience.

Loeb said at the finish of today’s Abu Dhabi Aviation stage: “It was a good day. No mistake, no problems. I just tried to keep a good rhythm to finish the stage and score some points for the championship, but also to try and climb up the general classification.

“Overall, it was not a very difficult stage. It was a nice blend between dunes and fast sections. It was nice. It’s my first Desert Challenge and I’ve learnt that the dunes are really tricky. There are much more of them than on any other event, but it’s a really good experience and that will be really helpful for the future.”

Gus Beteli, the BRX team principal, said: “Our focus is on the long term goal of the championship title, so second place for the third time is a good result.

“Nasser is in the terrain he loves and he is very fast and difficult to catch, while Seb is learning every day and showing how fast the Hunter is in the dunes. If we can gain a place by the end of the event tomorrow and move up to sixth, that would be great. But our target will be to come home safely and head to the next round neck and neck with Nasser.”

Throughout the ADDC, the Prodrive Hunter has been running on a sustainable generation II bio fuel made from agricultural waste. Prodrive EcoPower reduces CO2 emissions by 80% compared to petrol, and will see the team save around two tonnes of the greenhouse gas over the course of the event.

BRX estimates that, if all the competitors had been using this fuel, a saving of around 60 tonnes of CO2 emissions could have been made. 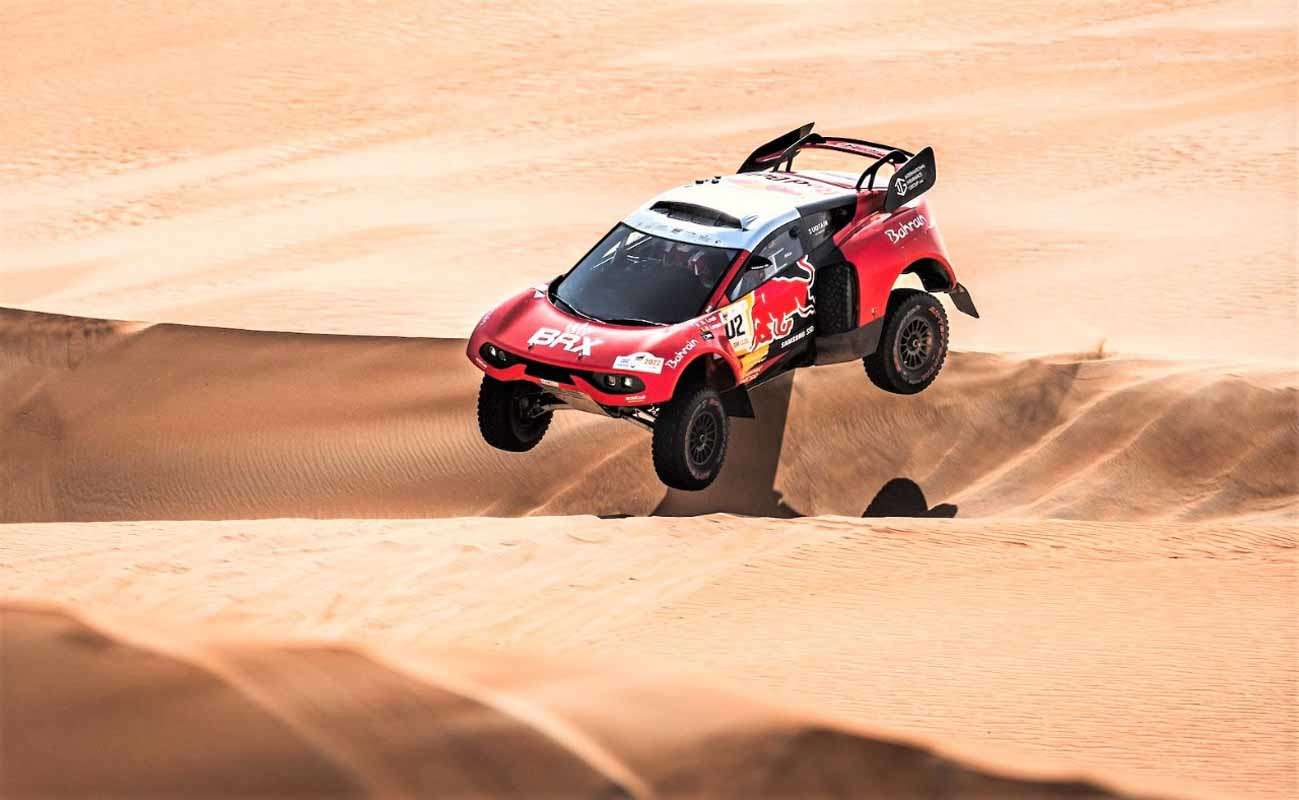 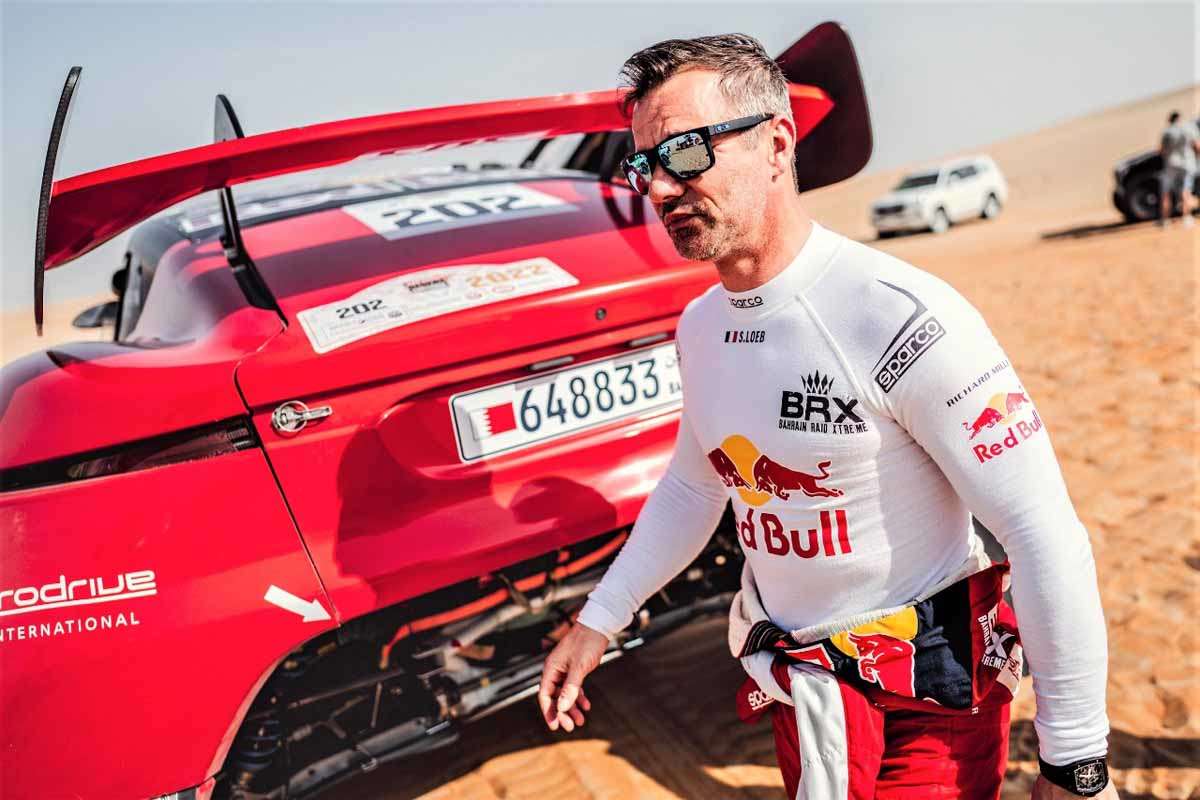 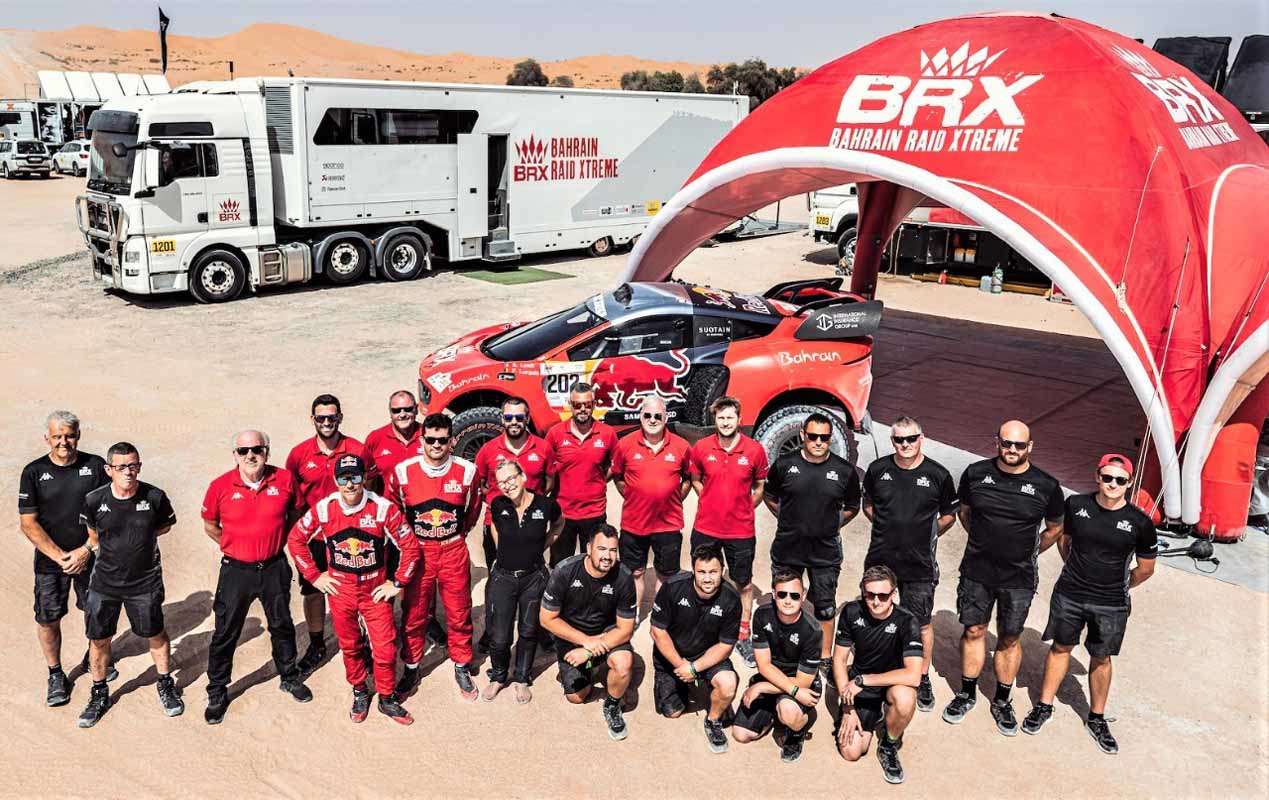 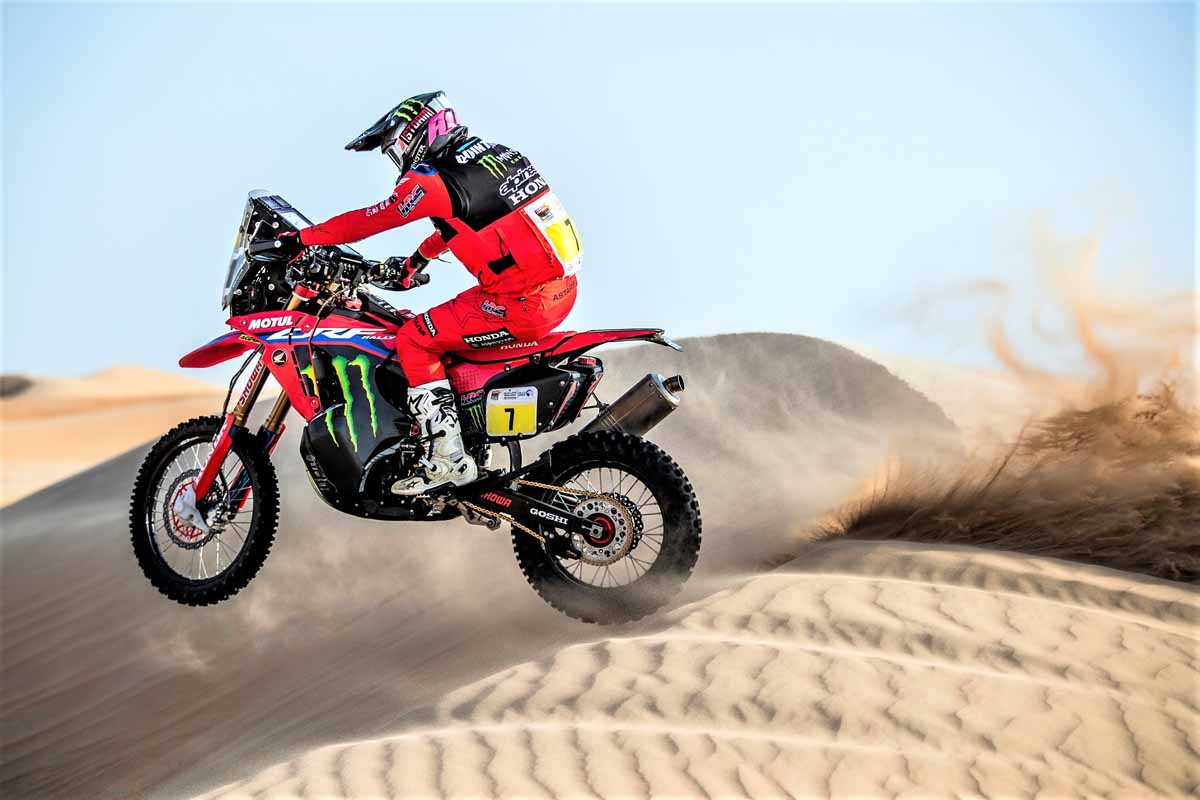 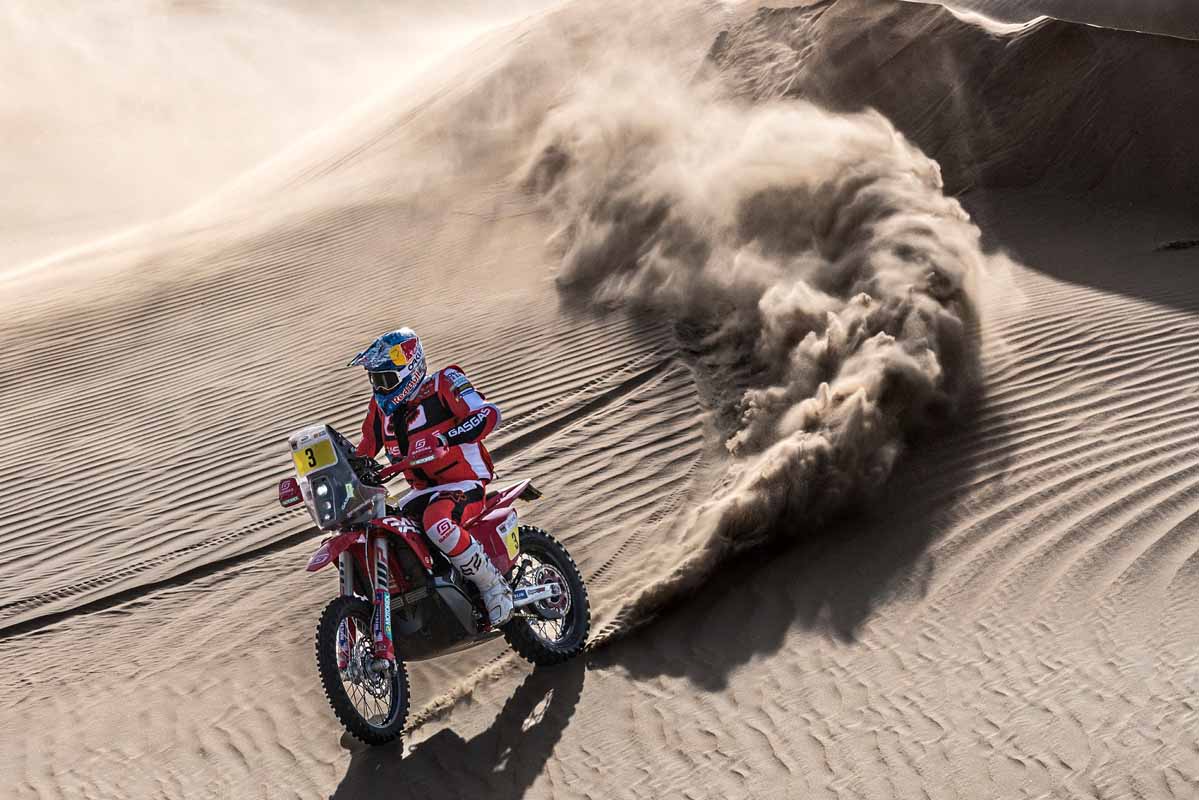 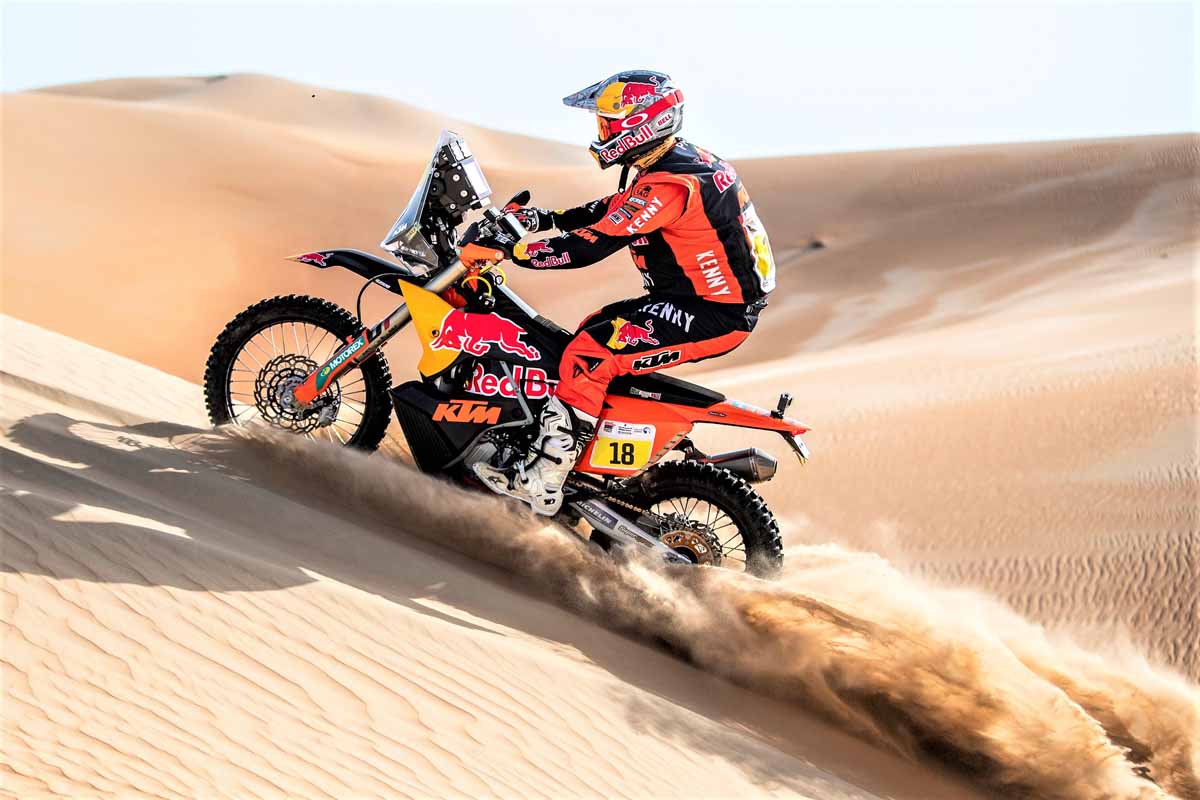 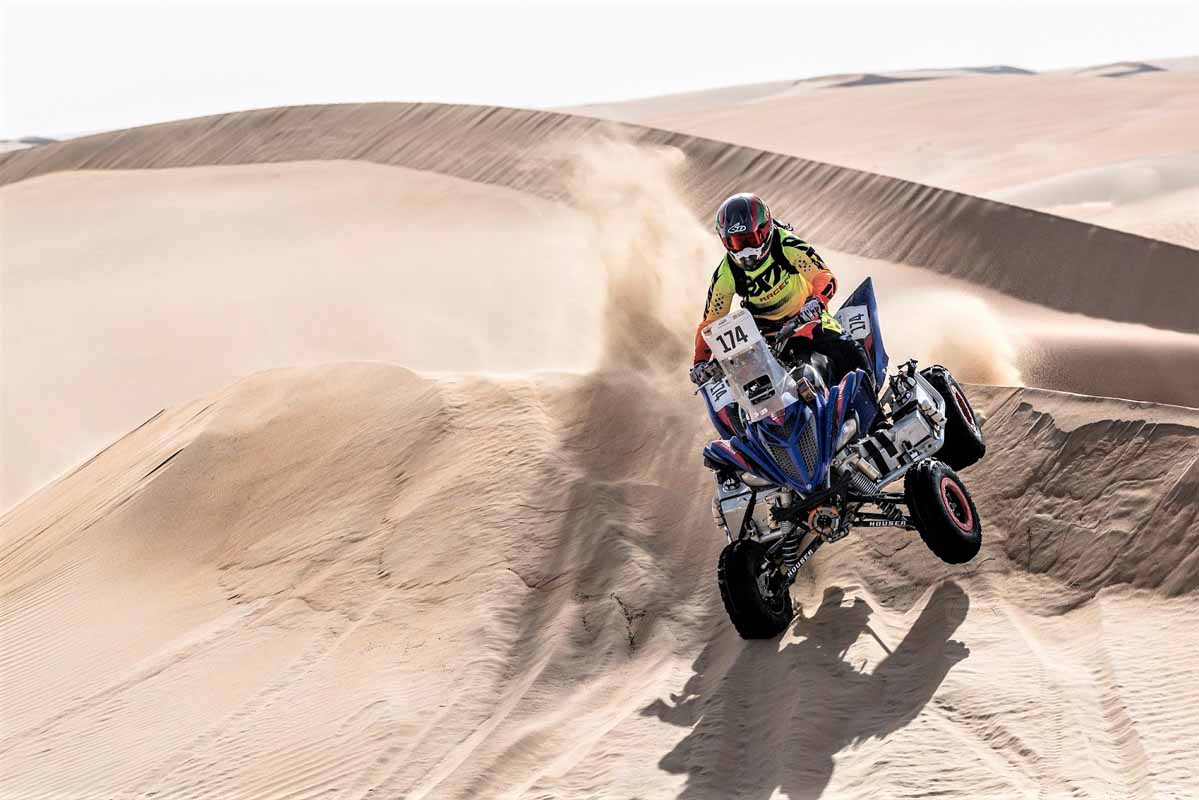 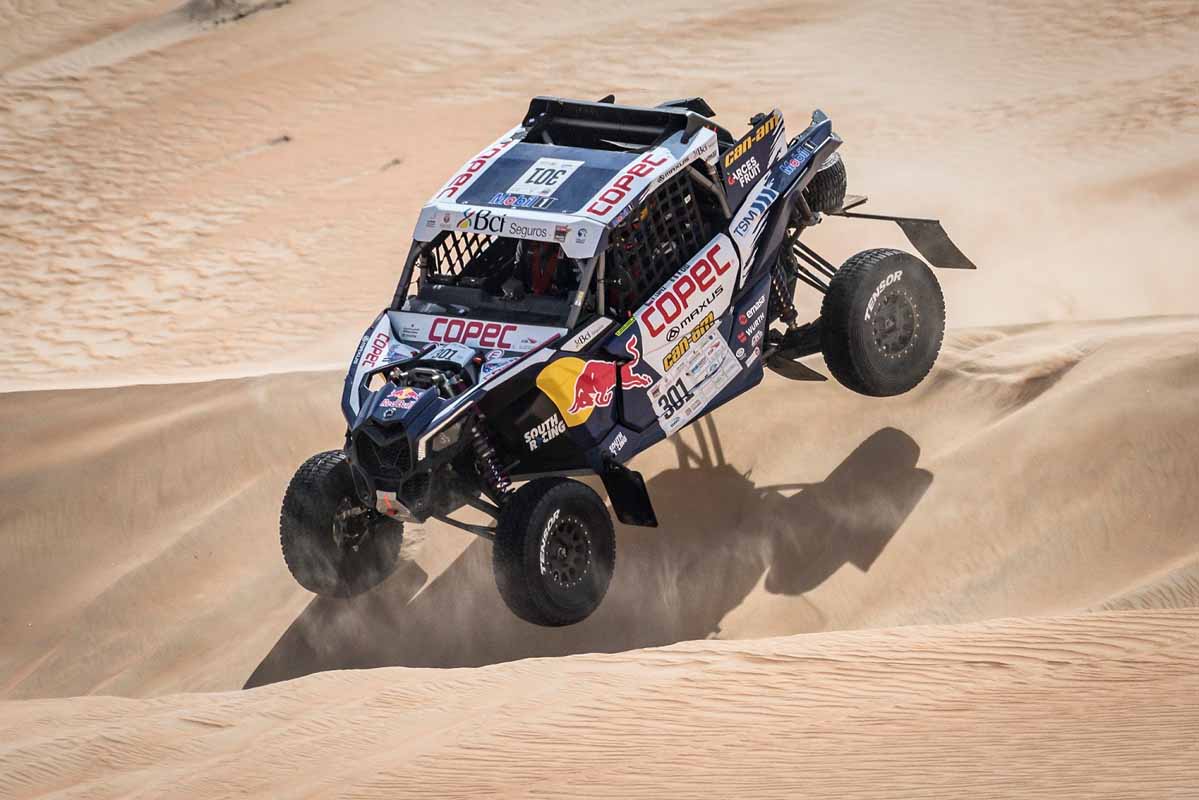