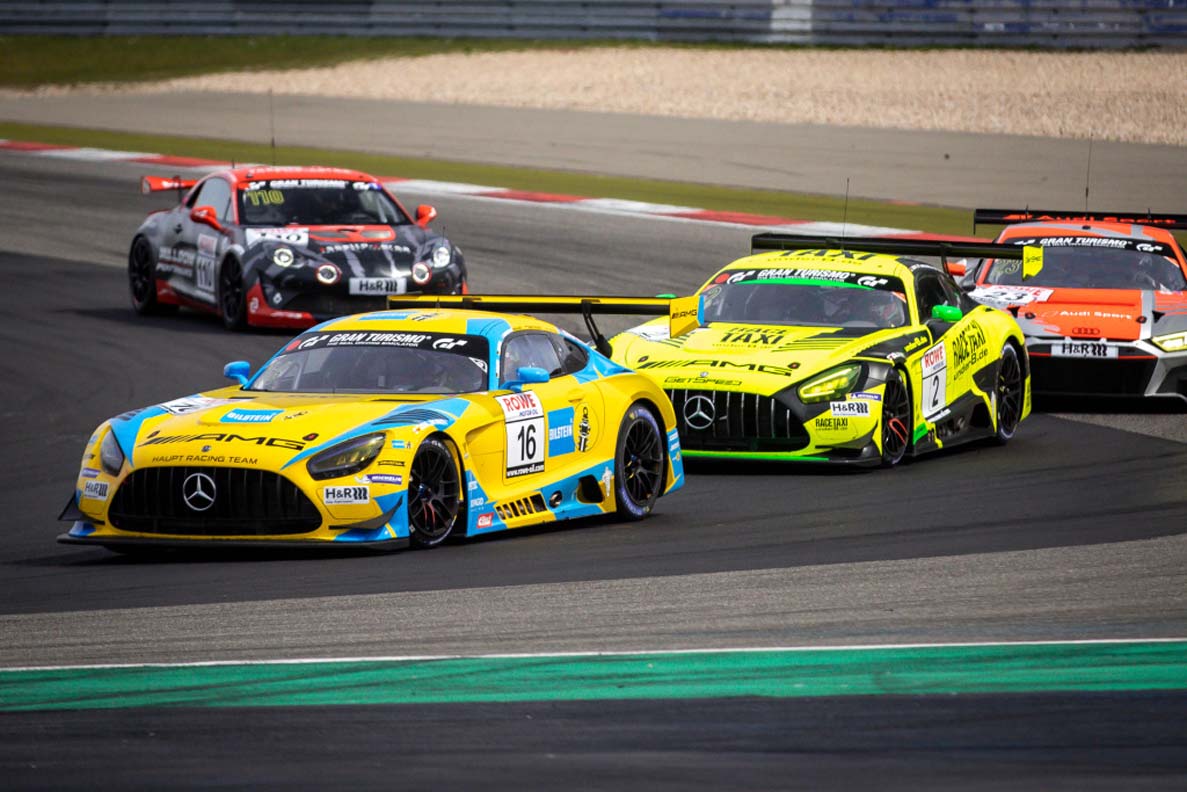 Preparations by Mercedes-AMG Motorsport for the ADAC Total 24h Race are in full swing. In the final round of the Nürburgring Endurance Series (NLS) prior to the season highlight at the Nordschleife, the AMG Customer Racing Teams were able to rack up further valuable test mileage. The best-placed Mercedes-AMG GT3 in the GT3 field, particularly strong with 33 cars, was the #16 Mercedes-AMG Team HRT entry in tenth place overall. In the SP9 Am class, Moritz Kranz (GER) and Janine Shoffner (GBR) managed to repeat their victory from the second NLS round with the #9 GetSpeed Performance Mercedes-AMG GT3. The effort by BLACK FALCON Team TEXTAR was also successful with the second 1-2 of the 2021 season in the combined classes SP4T+SP8T. With third place in the SP10 category, the #162 GT4 of the Schnitzelalm Racing customer team also scored a class podium finish.

Prior to the start of the race, indications were there already that the 62nd EIBACH ADAC ACAS Cup wasn’t going to be a walk in the park for the teams with the Mercedes-AMG GT3. Qualifying on Saturday morning having been reduced considerably due to accidents and track repair work, none of the GT3s from Affalterbach was able to secure a grid position at the front of the field. The #2 Mercedes-AMG GT3 Team GetSpeed car was the best-placed entry, 13th on the grid. The two further Performance cars, the #16 Mercedes-AMG Team HRT car and the #8 Mercedes-AMG Team GetSpeed entry, also had to start the race well down on the frontrunners from P17 and P21 respectively.

The recoveries saw the  #16 with Adam Christodoulou (GBR), Maro Engel, Luca Stolz and Hubert Haupt (all GER) in particular quickly move up towards the top ten. In spite of faultless laps, however, the quartet was hardly able to make up any further ground against the frontrunners that had pulled clear in the meantime. For the #2 with Maximilian Götz (GER), Daniel Juncadella (ESP) and Raffaele Marciello (ITA), the situation was similar. The trio remained within striking distance to the top ten.

In the final minutes, Stolz behind the wheel of the #16 and Juncadella with the #2 staged an entertaining duel in which Stolz came out on top. After 28 laps of the 24.358 kilometres long combination of the Nürburgring-Nordschleife and the short configuration of the Grand-Prix circuit, the HRT driver eventually brought home tenth place. Juncadella crossed the finish line in 13th place overall. With the Mercedes-AMG Team GetSpeed’s #8 sister car, Jules Gounon (FRA), Dirk Müller and Fabian Schiller (both GER) finished in 15th place overall.

SP9 Am class win for the Mercedes-AMG GT3
In the SP9 Am class, meanwhile, in which Moritz Kranz and Janine Shoffner had posted the fastest time in qualifying with their #9 Mercedes-AMG GT3, the race turned out to be both exciting and successful. Throughout the race, the GetSpeed Performance duo successfully defended itself against the attacks from the oppositions. In the closing stages, Kranz eventually managed to pull clear and commandingly drove the class win home (P20 overall). As a result, Kranz and Shoffner repeated their success from the second NLS round.

A 1-2 and a podium for the Mercedes-AMG GT4
In the GT4 classes, the AMG Customer Racing Teams further extended their successful track record in the Nürburgring Endurance Series. After the 1-2 in the season opener, BLACK FALCON Team TEXTAR again secured a double success. In the SP4T+SP8T class, Mustafa Mehmet Kaya (TUR), Gabriele Piana (ITA) and Mike Stursberg (GER) brought home an undisputed victory ahead of their teammates Marco Müller (GER), Stephan Rösler (GER) and Ersin Yücesan (TUR). In the SP10 class, the NLS round brought another podium finish: Marek Böckmann (GER), Fidel Leib (GER) and Marcel Marchewicz (GER) drove the #162 Mercedes-AMG GT4 #162 of the Schnitzelalm Racing customer team to third place in class.

Stefan Wendl, head of Mercedes-AMG Customer Racing: “This was the expected difficult NLS round prior to the 24-hour highlight. Qualifying was chaotic and unfortunately, we weren’t able to secure the grid positions we had been aiming at. Then, we had to deal with this effect throughout the race. The grid positions didn’t give us the opportunity to end up near the podium positions. Nevertheless, the race was important in preparation. For many drivers, it was the first outing at the Nordschleife this year. From that perspective, I am happy that everybody had the opportunity to drive. Now, we are preparing for the 6h Qualifying Race straight away, where we will be charging again. I am very happy with the very good achievements in the classes with the victories and podium results. Many thanks to our customer teams.”

Luca Stolz, Mercedes-AMG Team HRT #16: “Tat wasn’t an easy weekend for us. Yesterday, our sister car had an accident in practice and couldn’t take part today as a result. Then, HRT made some changes to the line-up so that all drivers are prepared for the 24-hour race in the best possible way. Unfortunately, there wasn’t a clear lap for us in qualifying today, so that we were well down the order on the grid. In the race, I had the impression that we were slightly lacking pace. Still, we worked our way up into the top ten. That was quite some effort, but it was a lot of fun, too.”

Janine Shoffner, GetSpeed Performance #9: “We had a very good race today. Moritz really did a super job in qualifying so that we were in a perfect initial position in our class. In the race, we managed to stay up front. It was thrilling for a long time, but we ended up with a margin of over three minutes and we just had to bring it home. I am super happy with our repeated class win. A great success!”

Gabriele Piana, BLACK FALCON Team TEXTAR #140: “Another perfect day for us: pole position, fastest lap and victory in our class! We tried something on the set-up and I am feeling even more comfortable now. In the race, everything went smoothly, but with the many participants, you had to be careful all the time, there really was a lot of traffic out there. My fellow drivers and the team have done a perfect job. This is a good basis to be successful in the 24-hour race as well.” 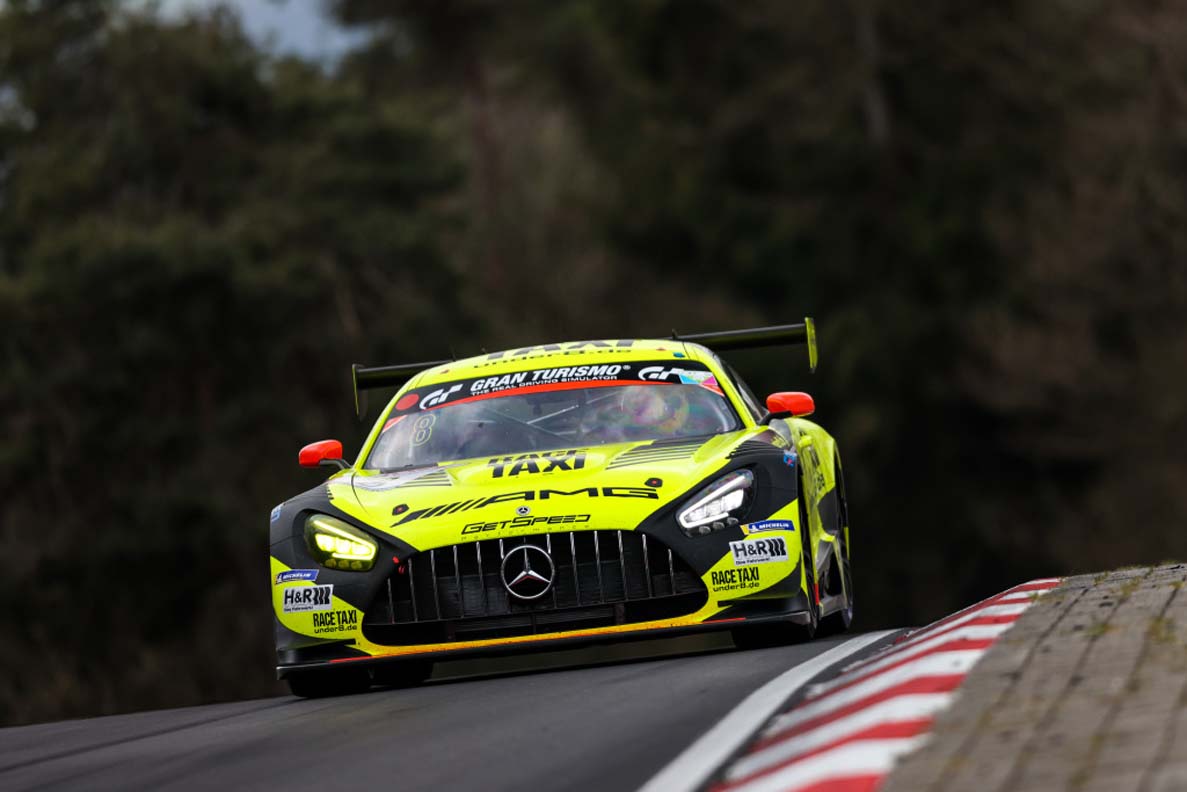 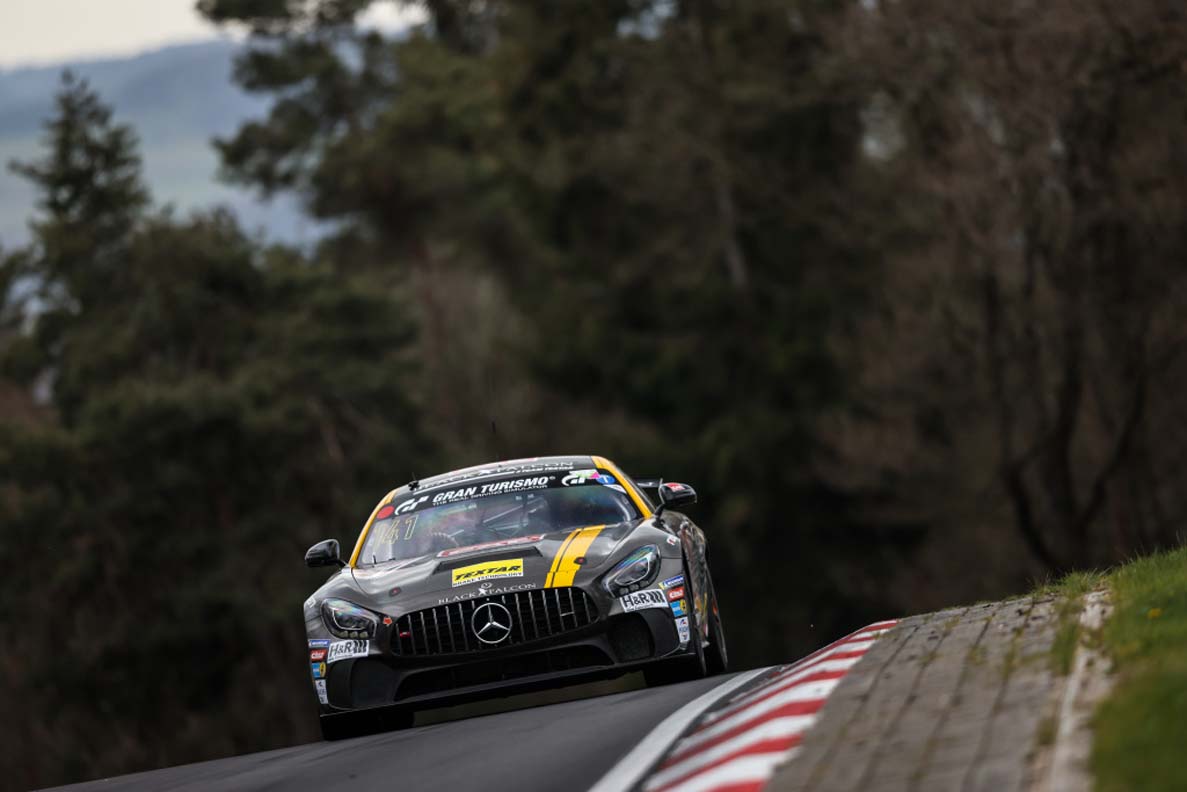 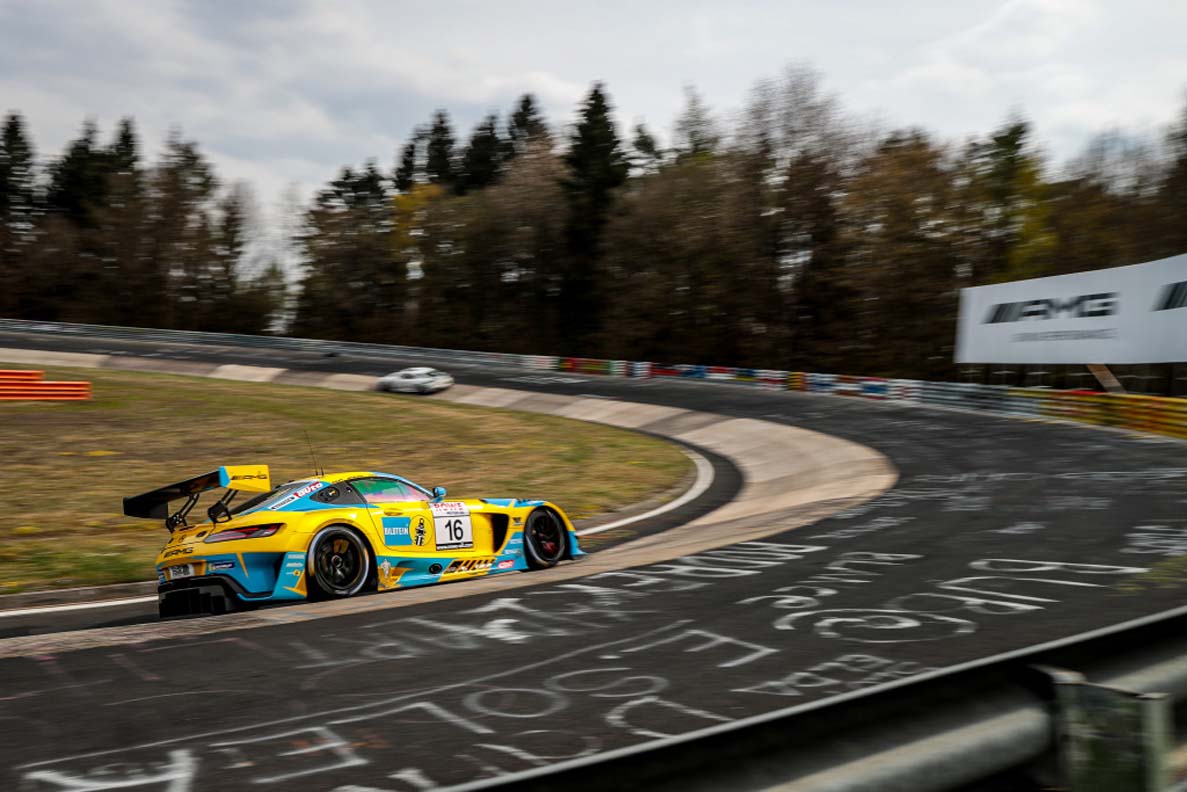 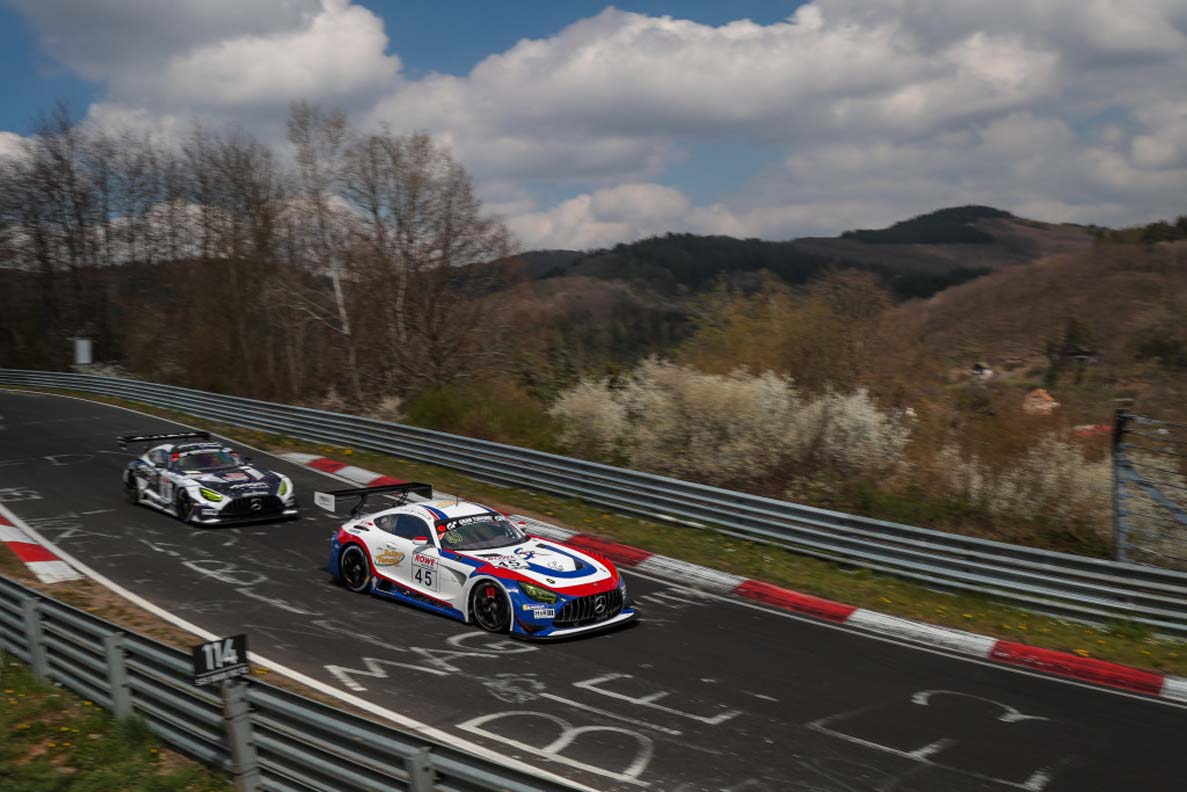 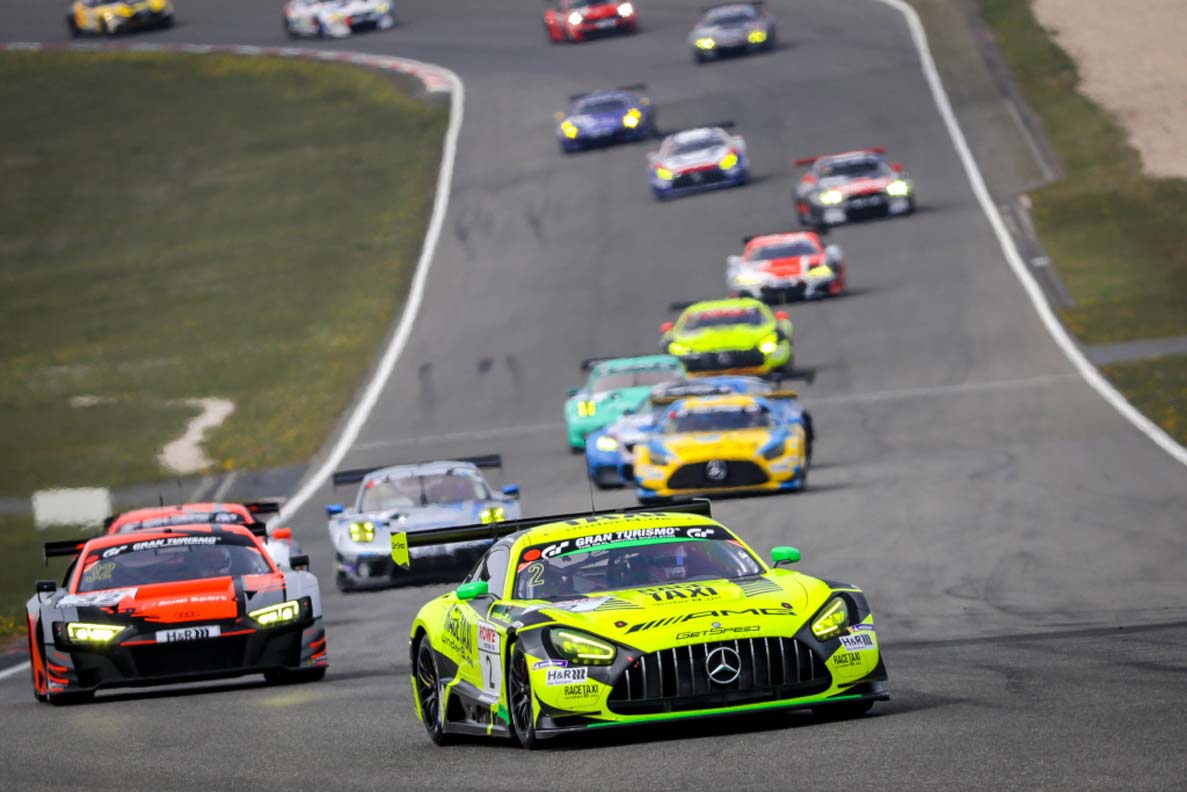 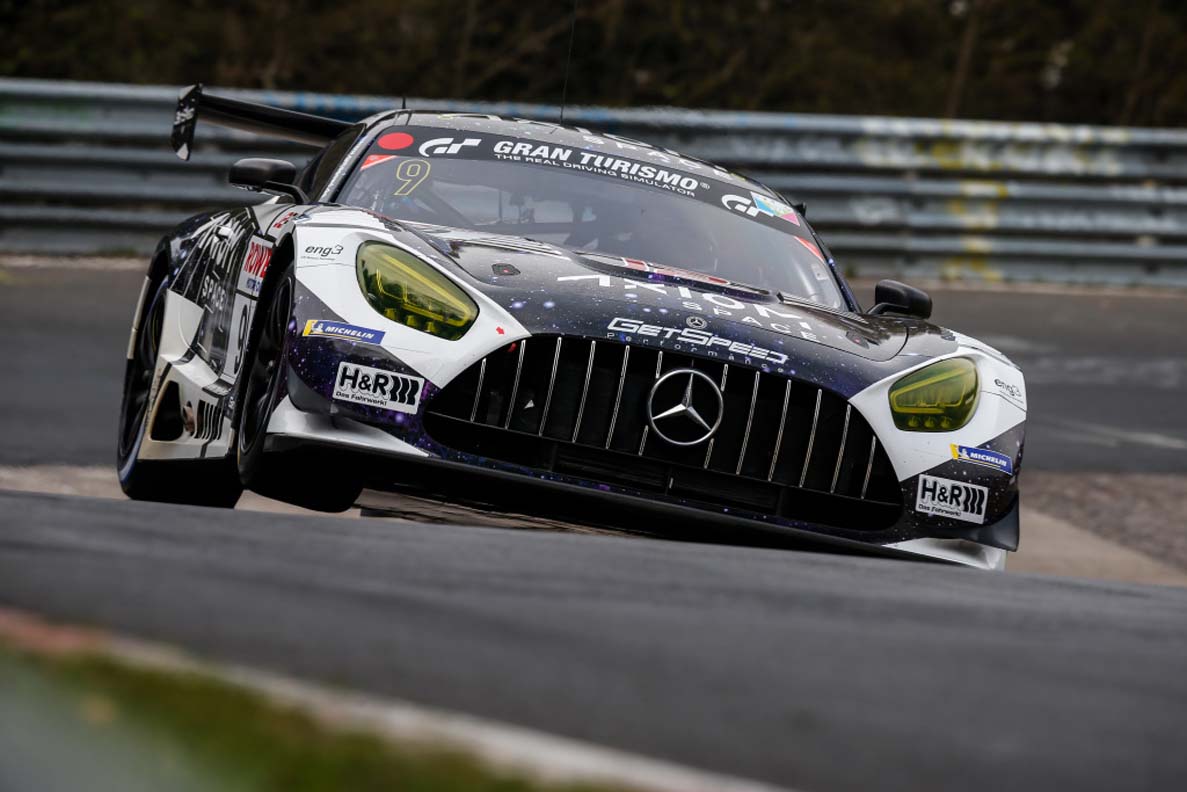 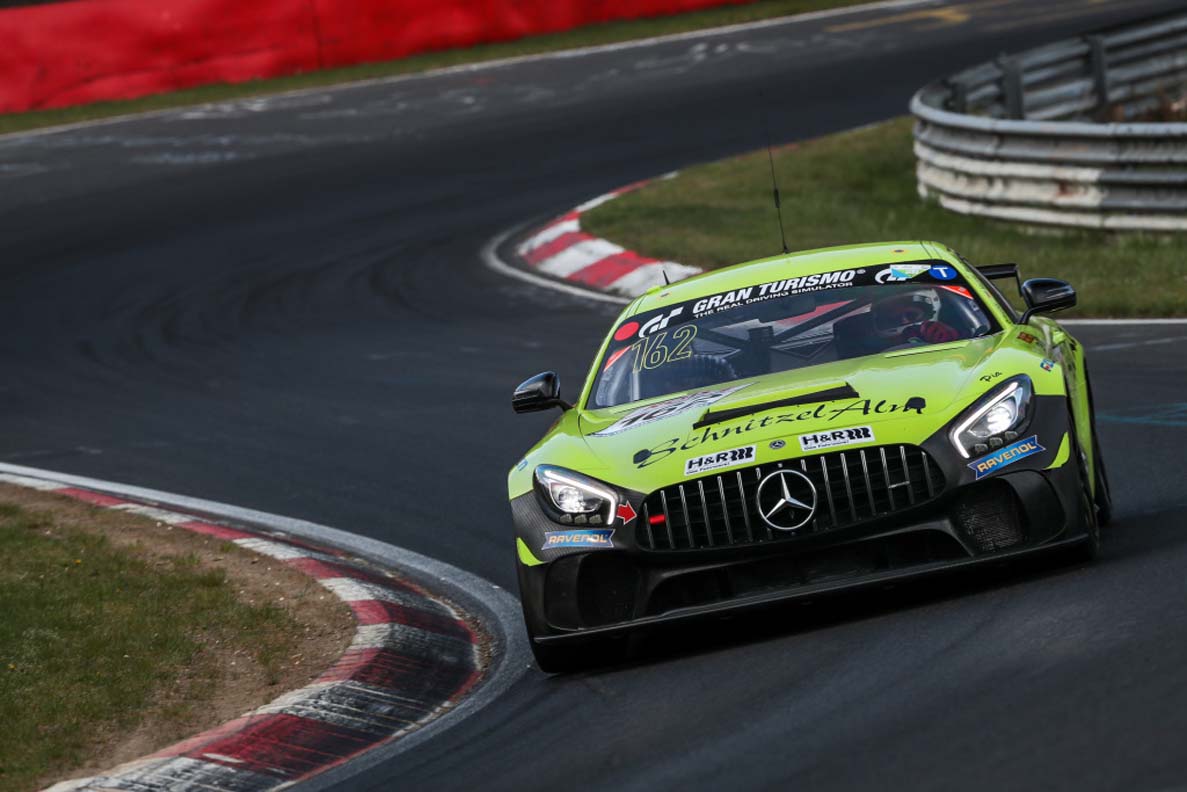 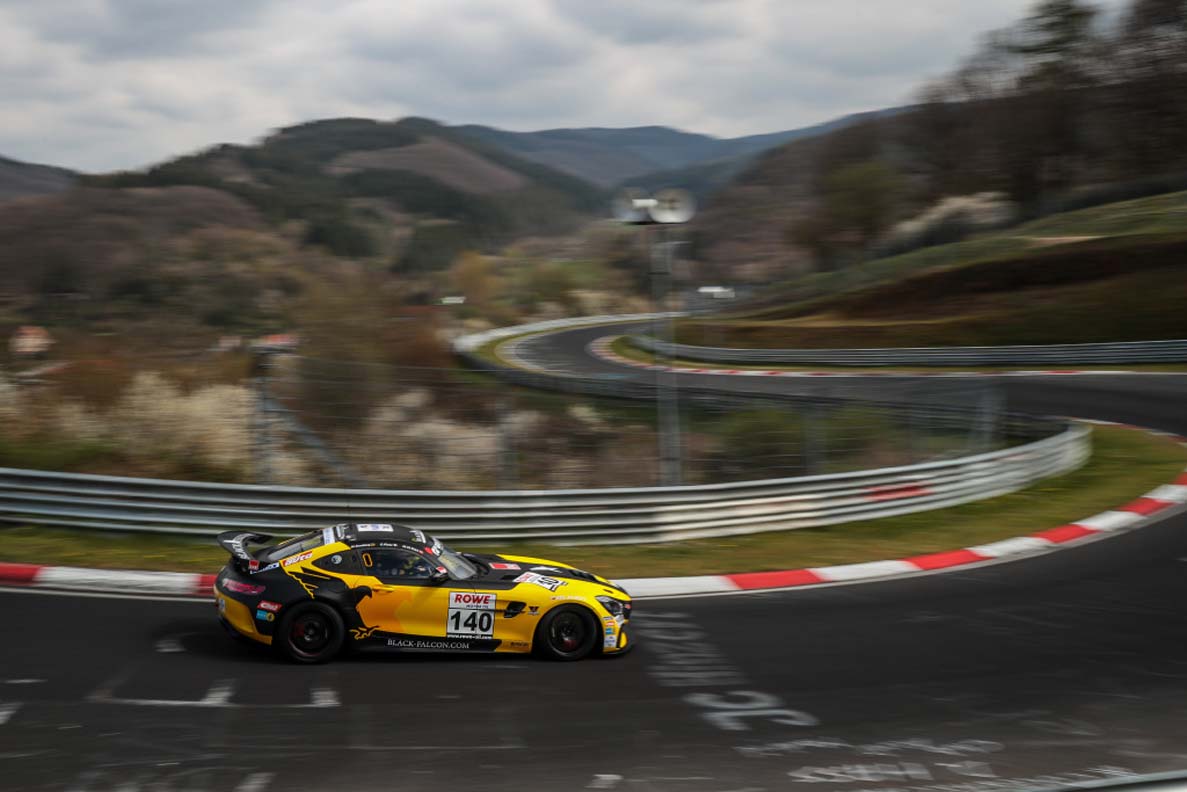 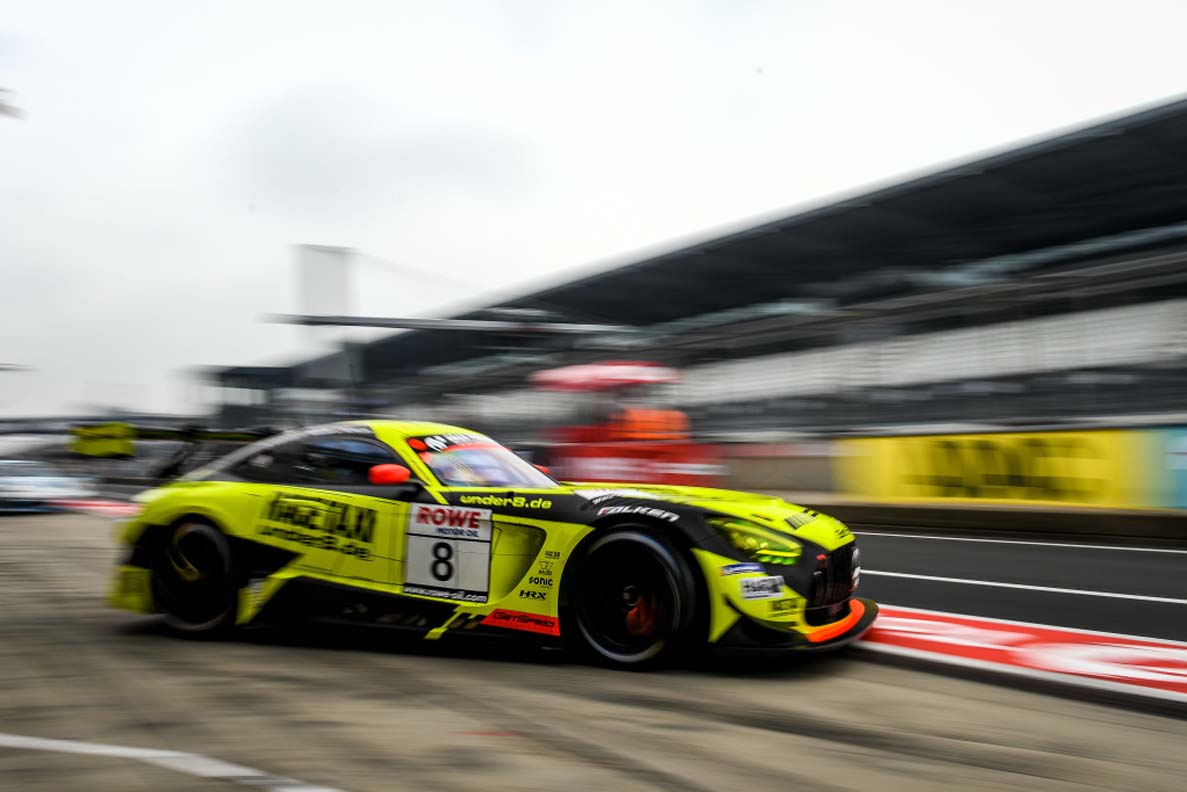