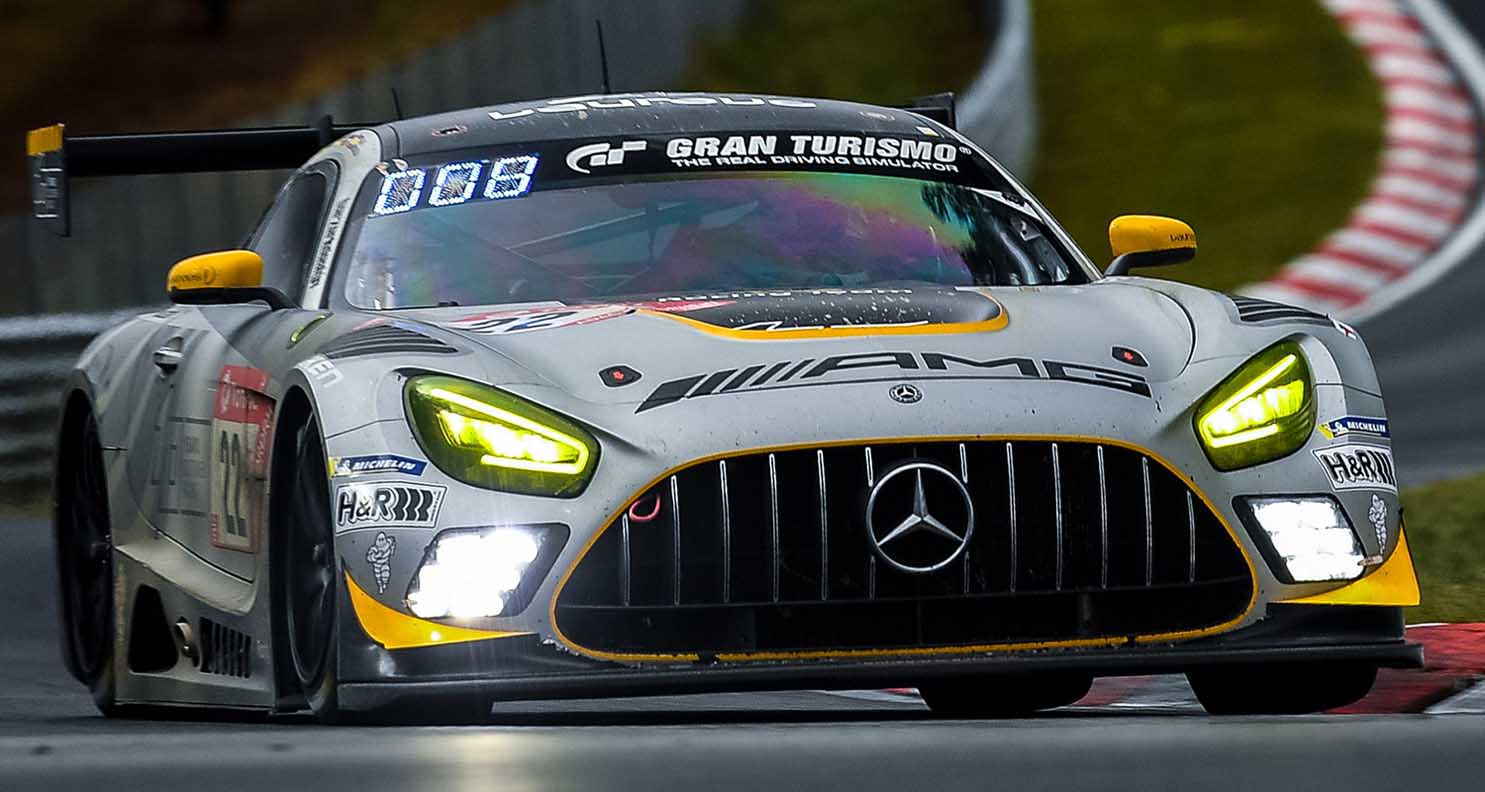 The first of nine rounds kicks off the season of the Nürburgring Endurance Series (NLS) this Saturday (27thMarch). The NLS rounds are regular fixtures on Mercedes-AMG Customer Racing’s competition calendar and, next to the goal of winning as many races at the Nordschleife as possible, also traditionally serve as preparation for the season highlight that is the ADAC TOTAL 24h-Rennen.

This year, at least three teams with the Mercedes-AMG GT3 will be facing this challenge: GetSpeed Performance, Haupt Racing Team and 10Q Racing Team. In the process, two Mercedes-AMG GT3s each from GetSpeed and HRT will be competing in the Nürburgring season with extended support from Affalterbach. The strong driver line-up includes many well-known and long-standing Mercedes-AMG Drivers as well as, among others, four former winners of the 24-hour race.

When the starting lights at the legendary Nürburgring will go to green for the first time this year for the 66. ADAC Westfalenfahrt next Saturday at noon, for Mercedes-AMG Motorsport, this also marks the official start of the preparations for the 49. ADAC TOTAL 24h-Rennen (3–6 June).

Three rounds of the Nürburgring Endurance Series (NLS) at the 24.358 kilometres long combination of the Nürburgring Nordschleife and the Grand Prix circuit are on the schedule for the Customer Racing Teams (NLS 1 on 27th March, NLS 2 on 17th April, NLS 3 on 1st May), before the really busy part prior to the highlight of the year starts in earnest with the ADAC Qualification Race on 8th and 9th May.

GetSpeed Performance and Haupt Racing Team will be running two Performance cars each with extended works support in the 24-hour race, driven by a mix of fast GT racers and experienced Nordschleife experts. Three former winners of the Nürburgring 24-hour race are among the line-up of Mercedes-AMG Team HRT: Adam Christodoulou (GBR), Maro Engel (GER) and Manuel Metzger (GER) won the motorsport classic in 2016 and will be sharing a car with Mercedes-AMG Driver Luca Stolz (GER).

Nico Bastian (GER) and team owner Hubert Haupt (GER) have also scored a podium finish for Mercedes-AMG in the legendary endurance race already. They are sharing the second GT3 with double starter Maro Engel and Patrick Assenheimer (GER), who showed his strength at the Nordschleife in 2019 as he won the SP9 PRO championship of the Nürburgring Endurance Series with four wins in the course of the season.

With Dirk Müller (GER), Mercedes-AMG Team GetSpeed also has a former winner of the 24-hour race in its line-up. The 2004 race winner is supported by ex-ADAC GT Masters Champion Jules Gounon (FRA), his compatriot Matthieu Vaxiviere (FRA) and Fabian Schiller (GER), who won a race with the Mercedes-AMG GT3 in the 2019 NLS season. In the team’s second Performance car, there will also be a former ADAC GT Masters title winner with Maximilian Götz (GER).

In 2020, 10Q Racing Team presented a special livery at the Nürburgring-Nordschleife for the tenth anniversary of Mercedes-AMG’s Customer Racing programme and will be participating in the 24-hour race and in selected NLS rounds this season as well.

In the process, the team will be coming up with a prominent driver line-up: Mercedes-AMG Test and Development Driver Thomas Jäger, Kenneth Heyer (both GER), Dominik Baumann (AUT) and Yelmer Buurman (NED) have already racked up countless kilometres in competition with the Mercedes-AMG GT3.

Next to preparation for the 24-hour race, the NLS rounds for Mercedes-AMG Motorsport are also about building on the success achieved in the series thus far. In more than half of the NLS rounds held in 2019 and 2020, victory went to a Mercedes-AMG GT3.

In the manufacturers’ standings of the races at the Nordschleife, introduced in 2020 and taking into account the results from the various NLS rounds and the ADAC TOTAL 24h-Rennen, Mercedes-AMG became runner-up, missing out on the title by only one point last year.

Stefan Wendl, head of Mercedes-AMG Customer Racing: “This season, the races at the Nürburgring-Nordschleife are again a central element of our programme. The goal is to build on the great achievements we have collected at this track in the past. However, the past years have shown that the challenge at this track that is already highly demanding anyway is getting bigger year after year.

Competition in the Nürburgring Endurance Series and in the 24-hour race even more is getting more and more intense. For being successful, even the smallest detail has to be spot-on.

With a line-up of excellent drivers, all of them with vast experience at the Nürburgring-Nordschleife, we are again in a very good position for this year. Thanks to the well-attuned cooperation with the teams that has developed over the years, all the conditions are in place for a successful season with the Mercedes-AMG GT3 in the Green Hell.” 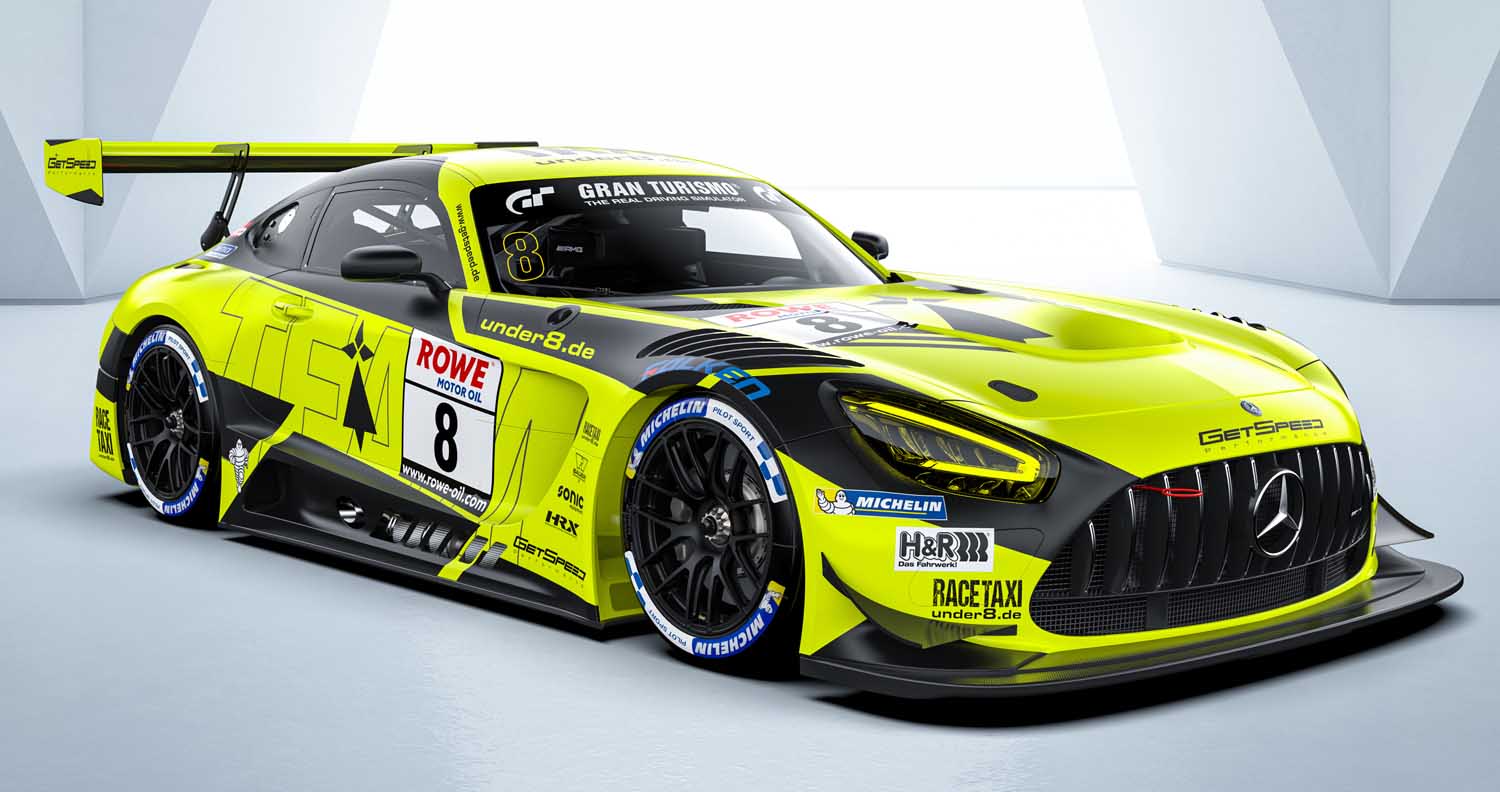 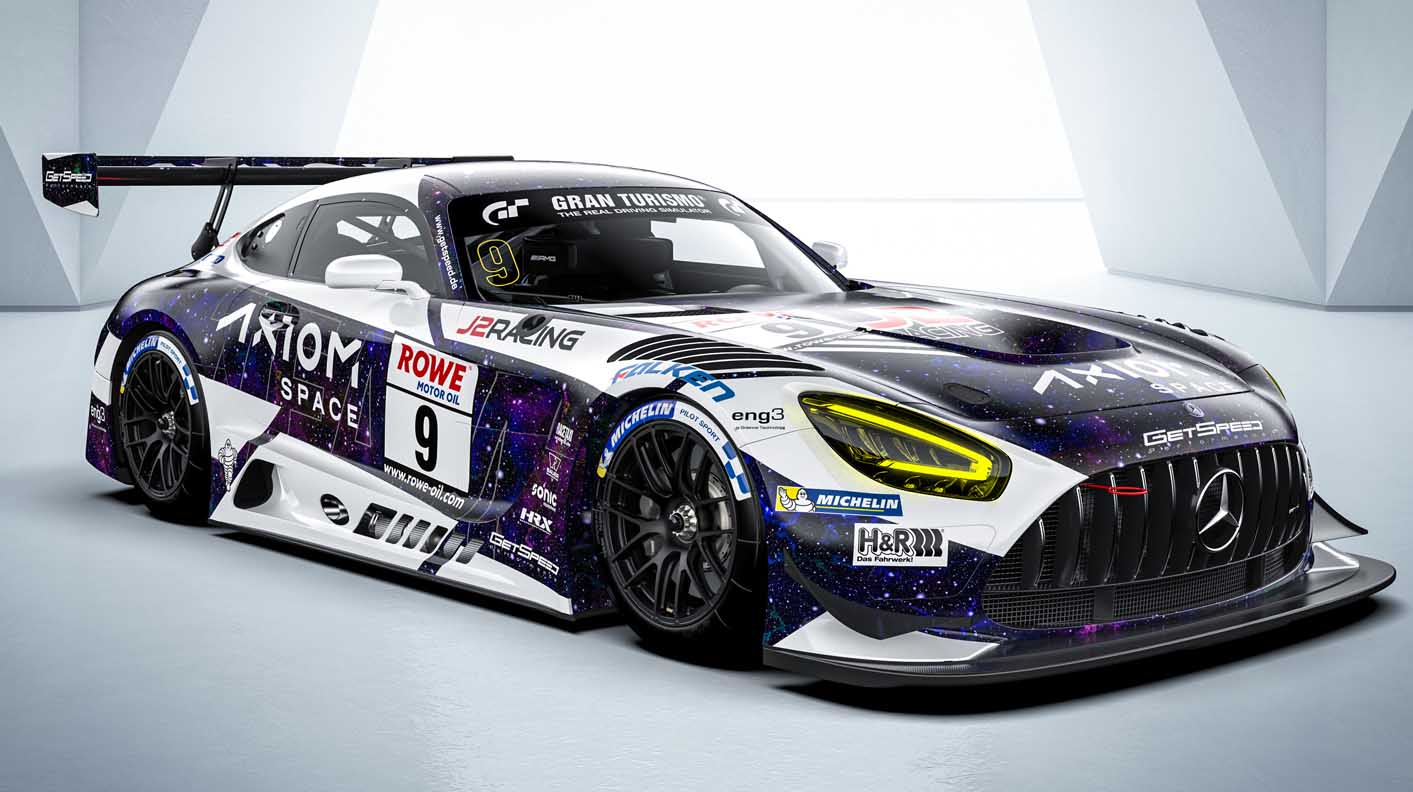 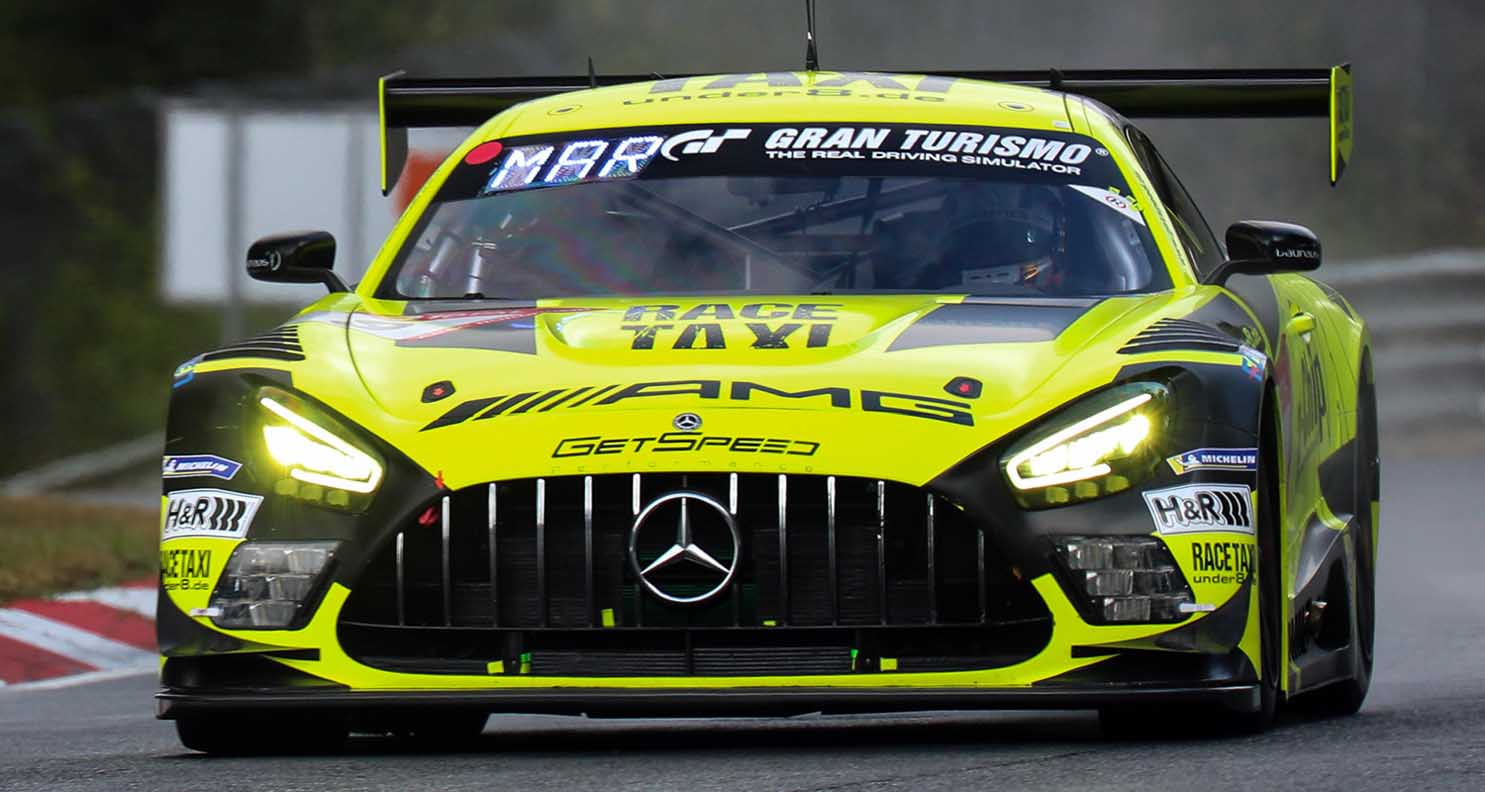 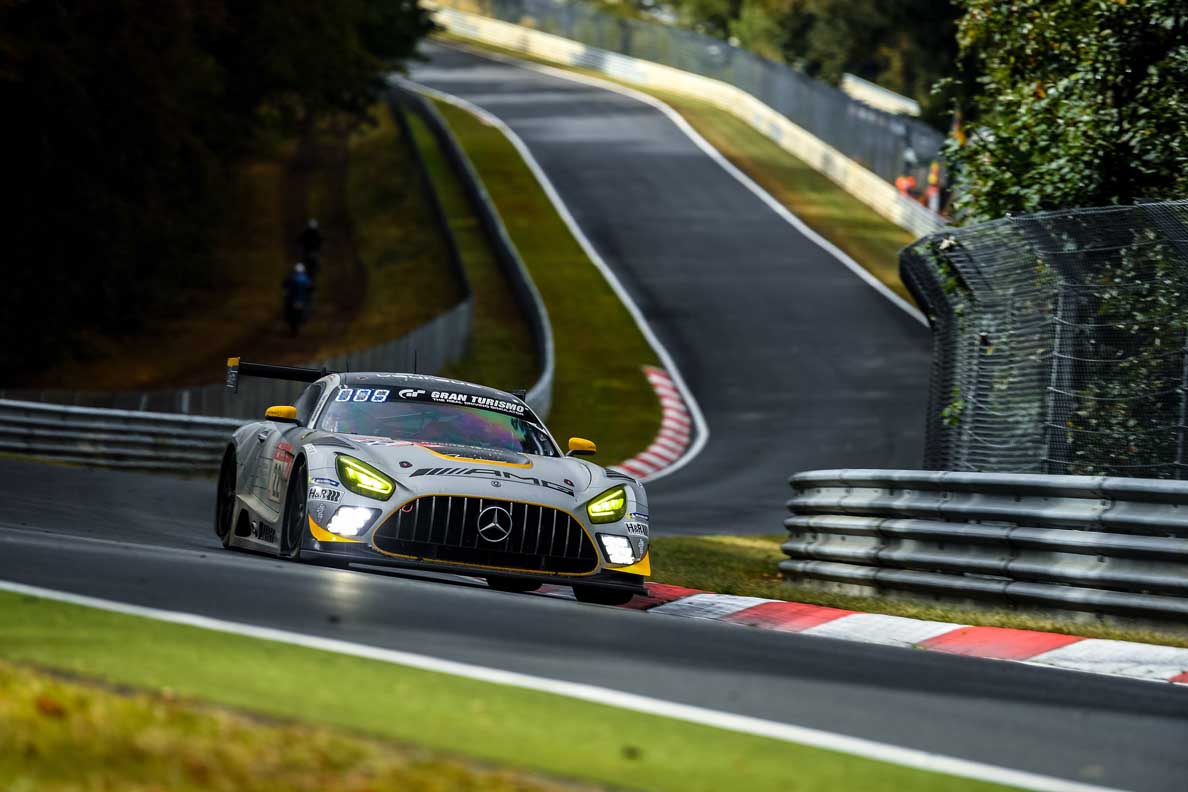 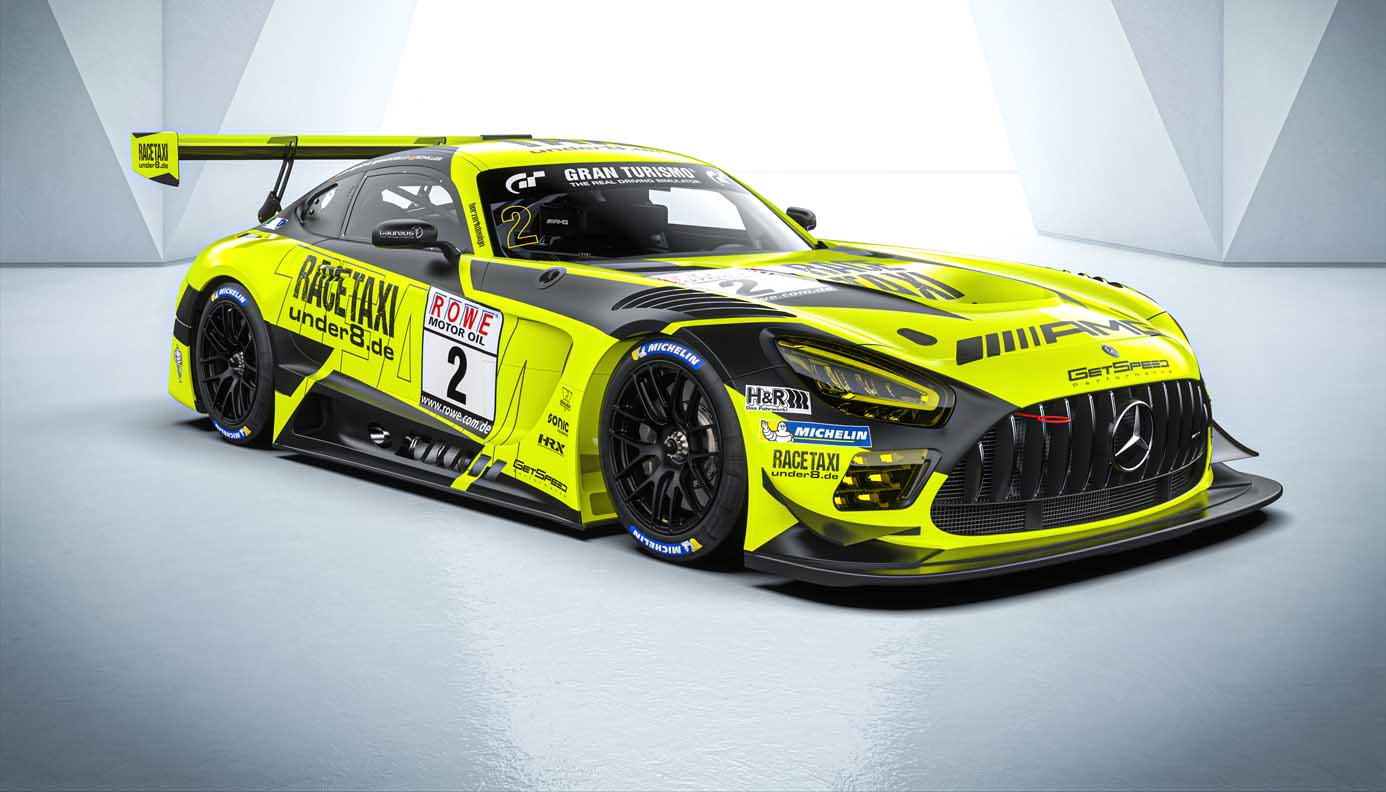 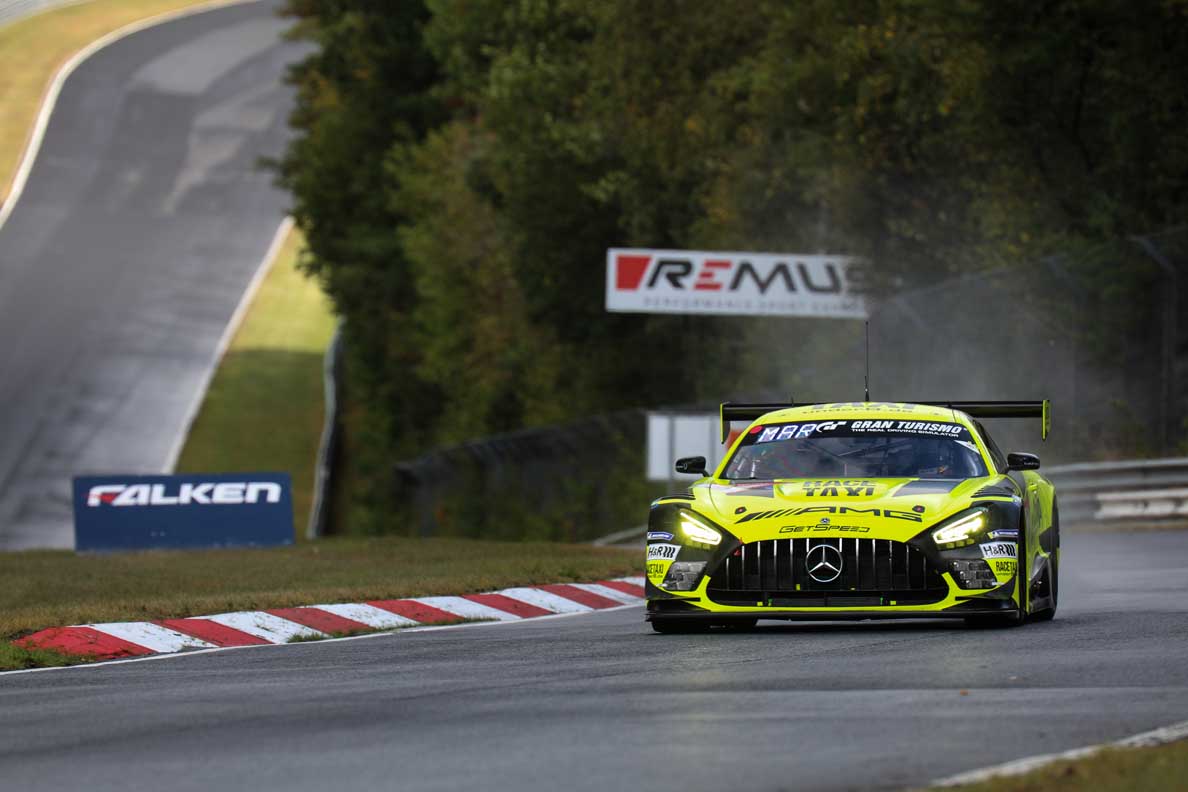 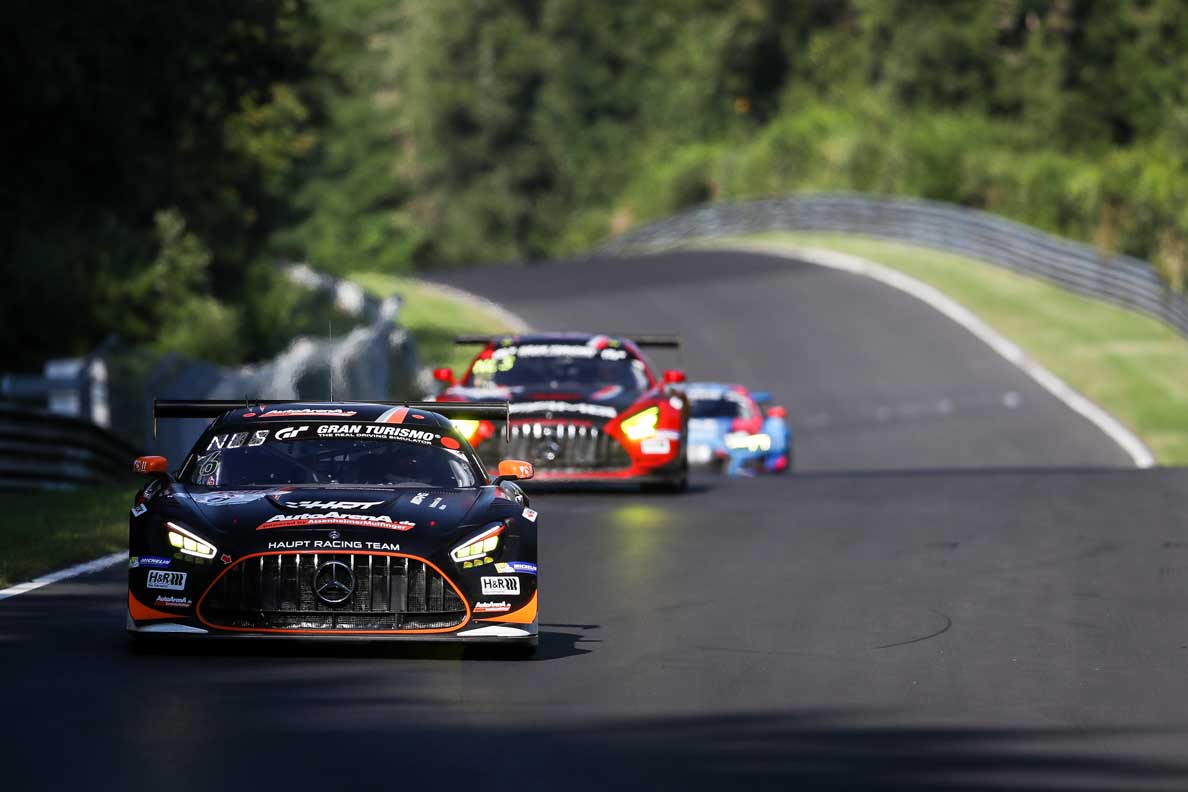 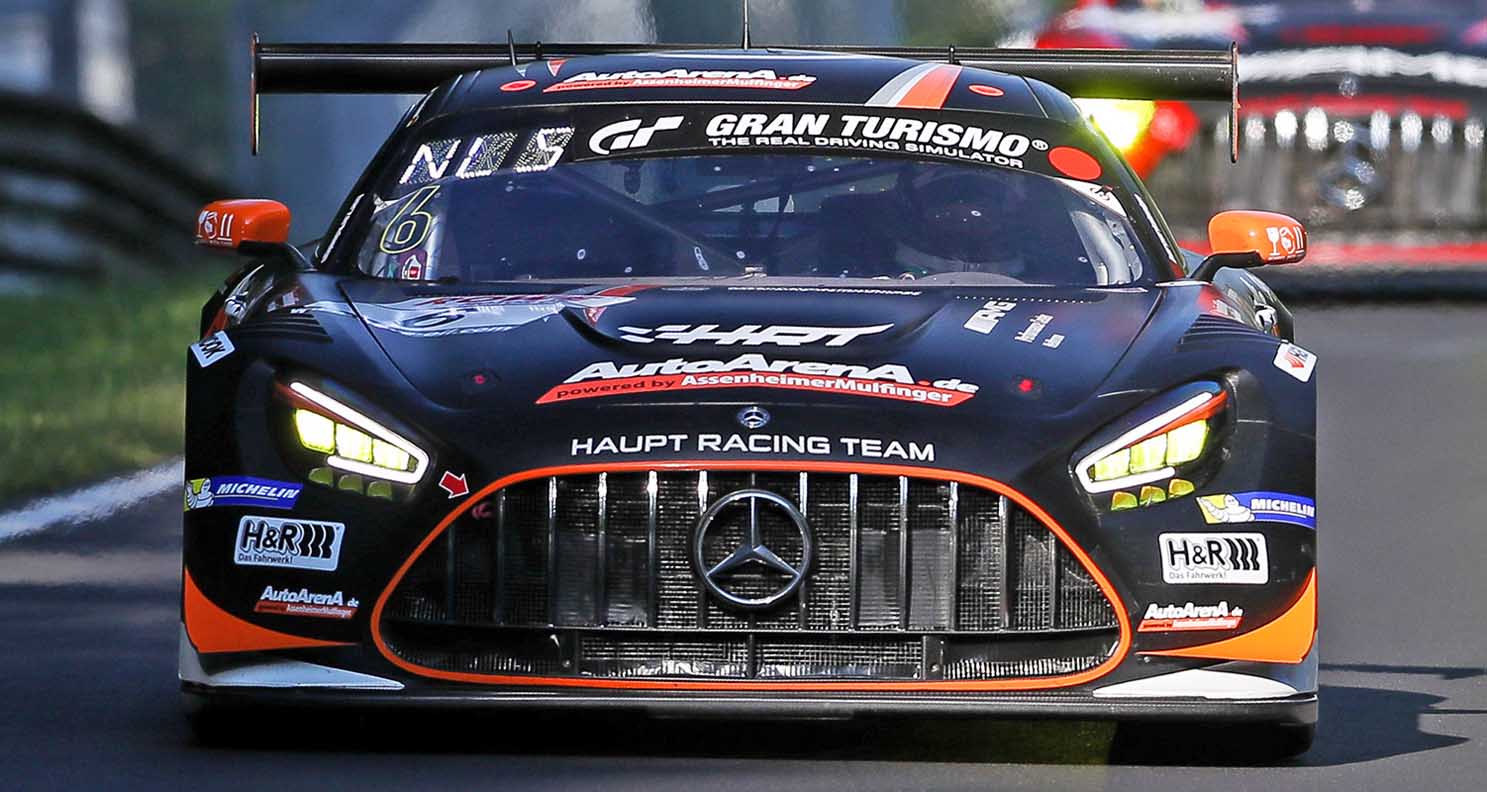 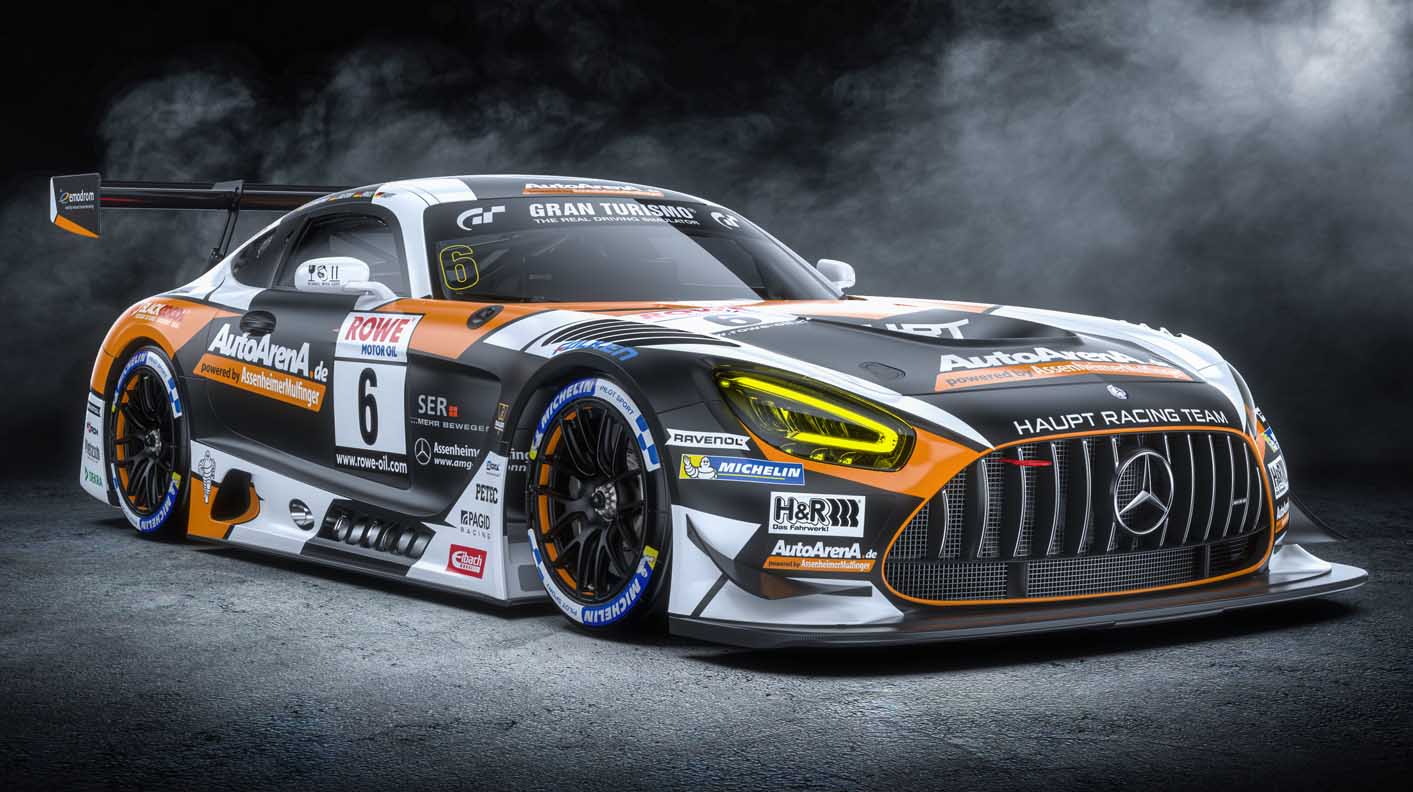 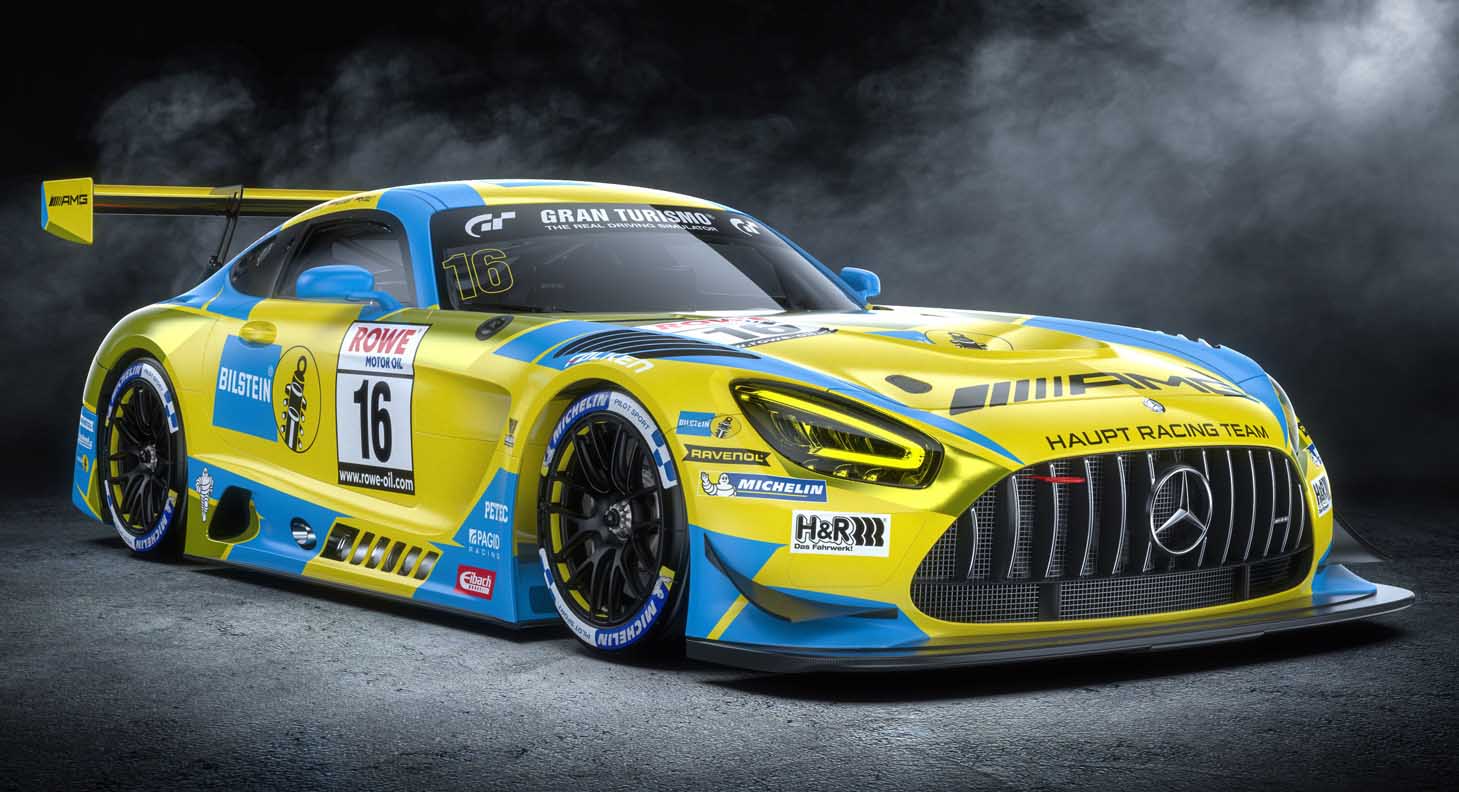