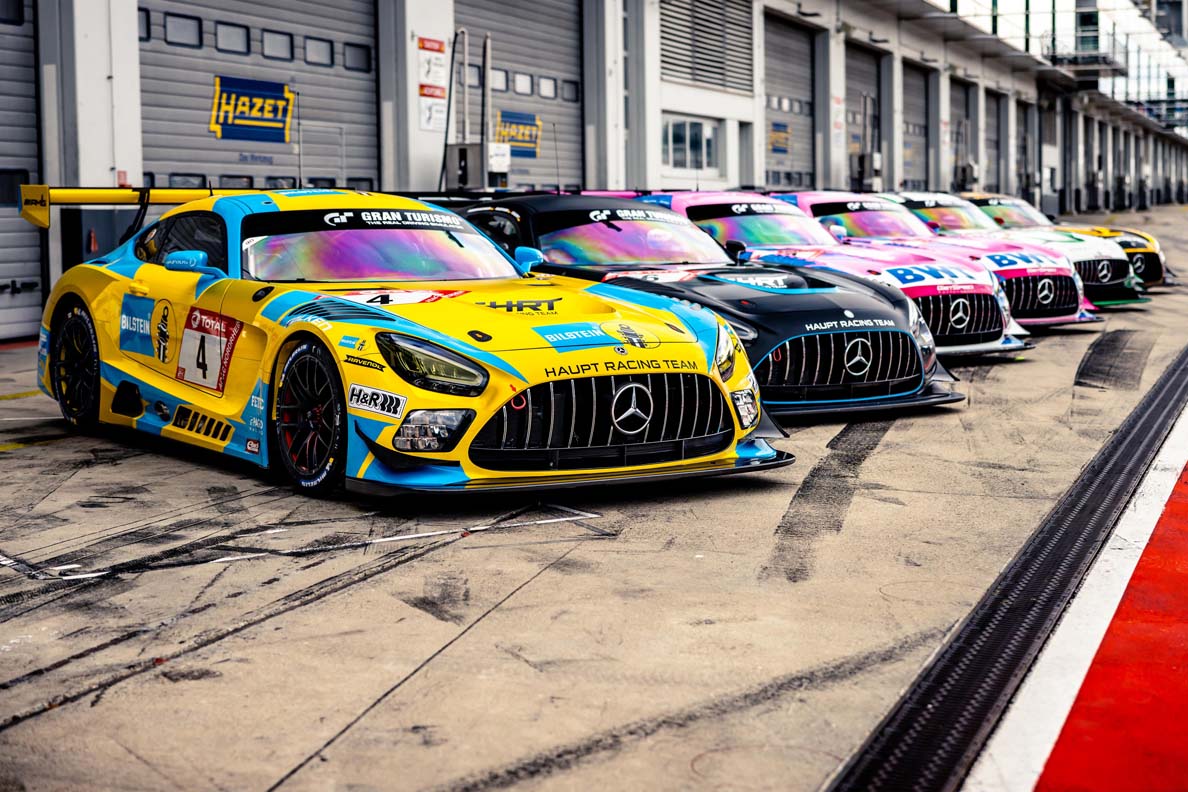 Mercedes-AMG Motorsport is heading into ADAC TOTAL 24h Race at the Nürburgring (3rd-6th June) well-prepared and with a strong line-up. The 49th running of the endurance racing classic will see eight Mercedes-AMG GT3s, four of them with extended works support, and three Mercedes-AMG GT4s from a total of seven Customer Racing Teams on the starting grid, which will feature 125 competitors in total. Following the promising final rehearsal during the qualification race at the beginning of the month, with four cars from Affalterbach among the best twelve, Mercedes-AMG now also wants to achieve top results in the upcoming season highlight at the Nordschleife and, if possible, secure the third overall win after 2013 and 2016.

Mercedes-AMG managed to decide the 24-hour race at the legendary race track in its favour already twice, most recently in 2016 as the performance and sports car brand from Affalterbach celebrated a historic quadruple victory. In order to achieve the eagerly awaited third overall win in the ‘Green Hell’, the Customer Racing Teams are relying on a high-quality driver line-up.

Like last year, Mercedes-AMG Team HRT is running its GT3 with starting number 4 with Adam Christodoulou (GBR), Maro Engel, Manuel Metzger und Luca Stolz (all GER). Meanwhile, Patrick Assenheimer, Nico Bastian, Hubert Haupt and double starter Maro Engel (all GER) will be alternating behind the wheel of the HRT sister car (#6). The #6 Mercedes-AMG GT3, still sporting a rather low-key black livery during the roll-out of the Mercedes-AMG Teams at the Nürburgring on 19th May, will be on the grid for the 24-hour race with a special colour scheme that is to be unveiled at a later stage and that surely will cause some furore.

Mercedes-AMG Team GetSpeed Performance is also competing with extended works support from Affalterbach: the drivers of the #7 Mercedes-AMG GT3 that finished fourth in the qualification race are Maximilian Götz (GER), Daniel Juncadella (ESP), Raffaele Marciello (ITA) and Fabian Schiller (GER). The second Performance Car (#8) run by the team from Meuspath will have Jules Gounon (FRA), Dirk Müller (GER), double starter Fabian Schiller and Matthieu Vaxiviere (FRA) as its drivers. Moreover, the team will be running a third GT3 in which Moritz Kranz (GER), Markus Palttala (FIN), Janine Shoffner (GBR) and Maxime Soulet (BEL) will be taking on the Nordschleife.

Also part of the GT3 line-up by Mercedes-AMG Motorsport are the cars from CP Racing (#16) and 10Q Racing Team (#40). While CP Racing is participating in the race with a purely American driver quartet with Charles Espenlaub, Joe Foster, Shane Lewis and Charles Putman, 10Q Racing Team will have Dominik Baumann (AUT), Yelmer Buurman (NED), Kenneth Heyer and Thomas Jäger (both GER) behind the wheel. A special element in the field for the 24-hour race is the Mercedes-AMG GT3 from Space Drive Racing: the #25 car, raced by Philip Ellis (SUI), Dominik Farnbacher, Tim Scheerbarth (both GER) and Darren Turner (GBR), has been equipped with the novel steer-by-wire technology and will be running in the SP-X class, specially created for those cars not fitting within the confines of the standard regulations.

The Mercedes-AMG GT4s also have chances of winning their classes: in 2020, BLACK FALCON Team TEXTAR (#36) finished second in the SP8T class and again finds itself in the extended circle of favourites following convincing achievements in the Nürburgring Endurance Series season rounds held so far. Moreover, the Nordschleife-proven Customer Racing Team Schnitzelalm Racing (#34 and #37) will be making its GT4 debut in the 24-hour race. 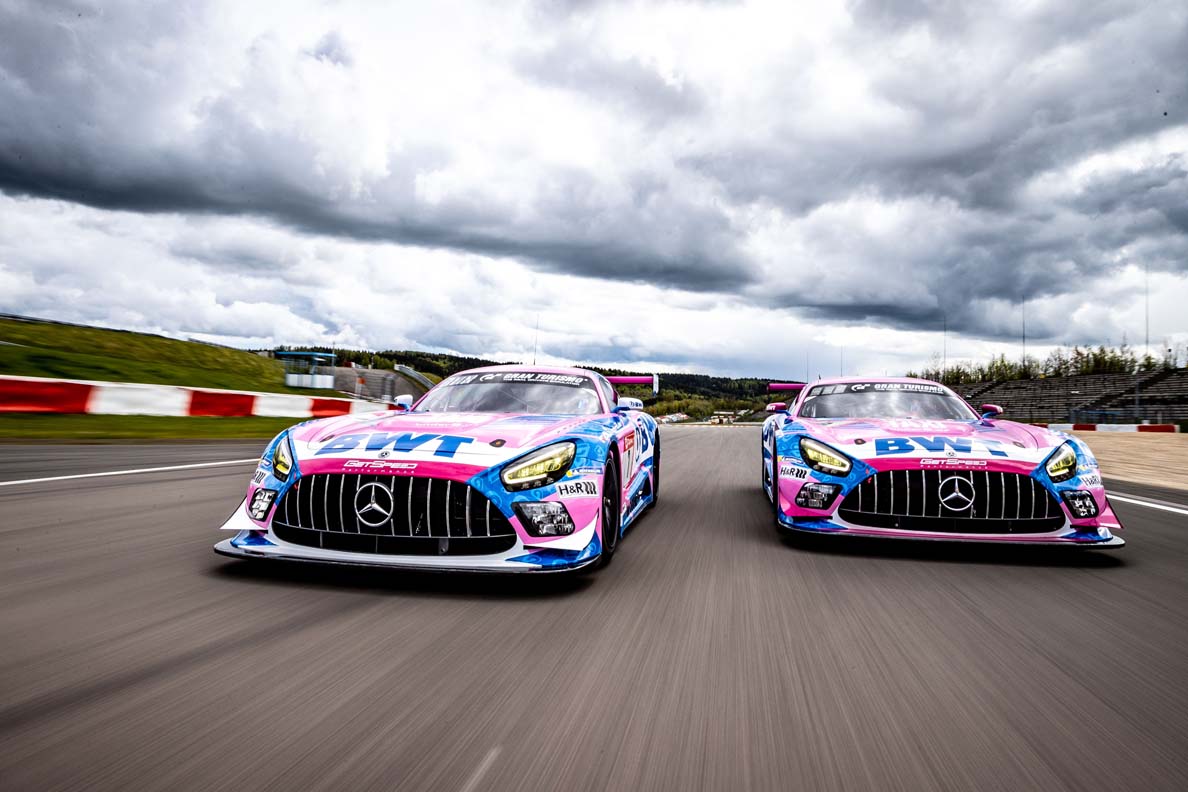 Comprehensive coverage through live stream
As a result of the pandemic, the 24-hour race at the Nürburgring will again be held in extraordinary conditions. The organiser has prepared a detailed infection prevention and hygiene concept for the event; whether and how many spectators can be admitted is currently being examined in co-operation with the relevant authorities. Temporarily, even cancellation of the race was discussed, but could be avoided thanks to the financial efforts by Mercedes-AMG and further manufacturers, organisers and promoter. To be able to experience what the organisers label as ‘the world’s biggest motorsport event’ from home in the best possible way, Mercedes-AMG is offering comprehensive coverage around the 24-hour race. At customerracing.mercedes-amg.com, fans will be able to follow the endurance racing highlight live and throughout from various camera perspective, among others with on-board cameras. Moreover, the live stream allows for an occasional exclusive look behind the scenes and will provide interesting impressions from Mercedes-AMG Customer Racing with exciting interview partners.

The 49th ADAC TOTAL 24h Race Nürburgring will be held from 3rd-6th June. In three qualifying sessions, teams can secure a slot for Top Qualifying, starting on 4th June at 6.30 pm and held in two sessions to determine the starting grid positions for the 24-hour race that will get underway on Saturday at 3.30 pm.

Christoph Sagemüller, head of Mercedes-AMG Motorsport: “The 24-hour race is not only the annual highlight on the racing calendar for motorsport fans all over the world, it is also one of the highlights of the GT season for us as a manufacturer and inextricably connected with the history of Mercedes-AMG. I am very pleased that together with the other manufacturers and the ADAC, we were able to ensure that the race can take place this year. Next to the sporting aspects, the event is an important communication platform for us to prove the performance commitment of the Mercedes-AMG brand.”

Stefan Wendl, head of Mercedes-AMG Customer Racing: “We are delighted to be able to bring a strong line-up on the grid again this year and we are convinced that our customer teams will be perfectly prepared going into the race. As ever, the competition is extremely strong, but nevertheless, we definitely want to secure the third overall win for Mercedes-AMG Motorsport in the 24-hour race and add another chapter to the success story of our customer sports programme. We wish all the teams and drivers good luck!”

Maro Engel, Mercedes-AMG Team HRT (#4 und #6): “The first NLS round of the season having had to be cancelled due to the weather, we are lacking important testing mileage at the Nordschleife this year which, of course, has its effect on the preparation for the 24-hour race as well. Competition in the field will again be very close, so we will be doing our utmost up to the start of the race to ensure that we are in contention for the overall win until the very end. We are all very much looking forward to the event already, but on the other hand, we will sadly be missing the festival-like character at the track again, just like last year.” 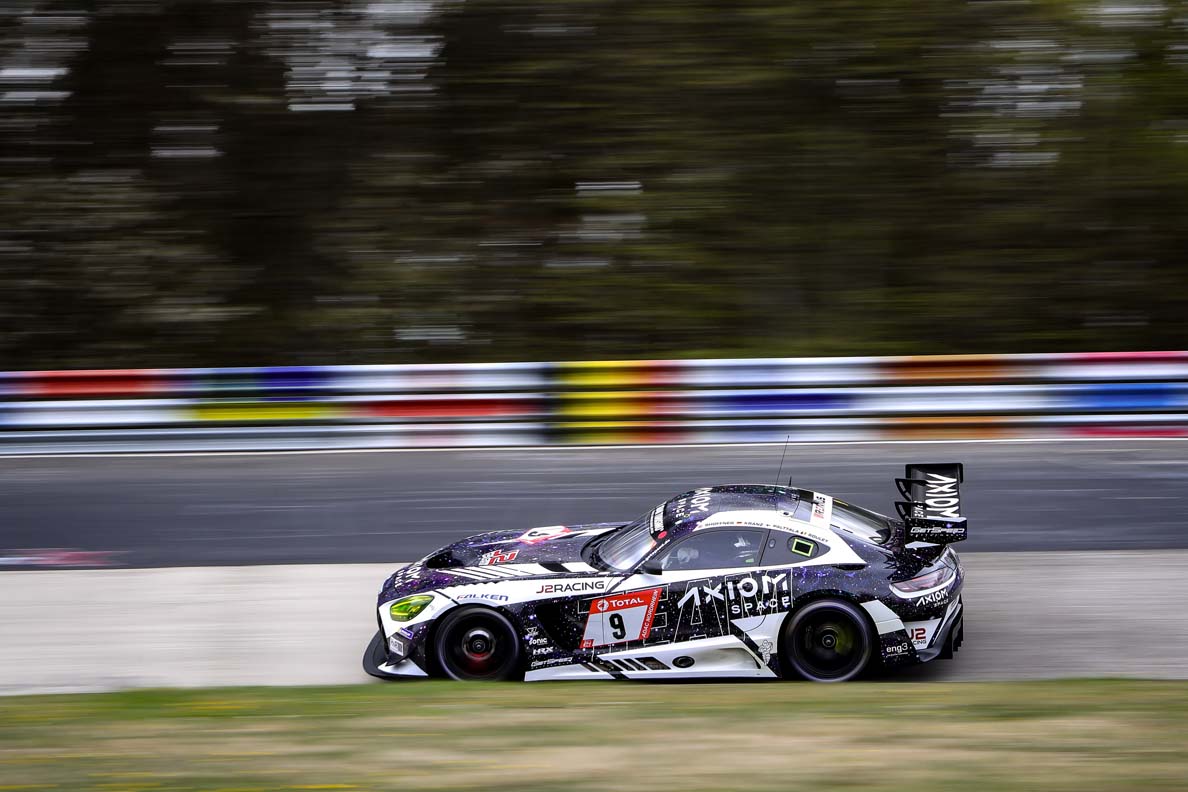 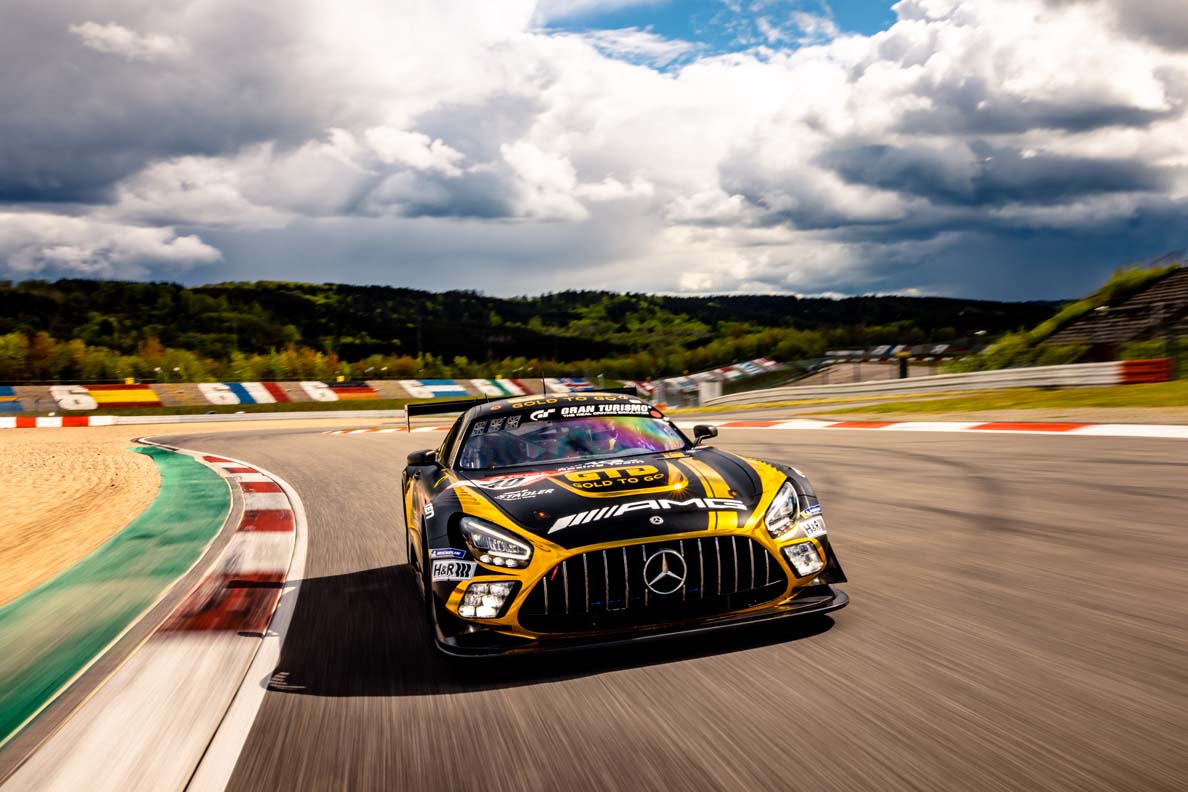 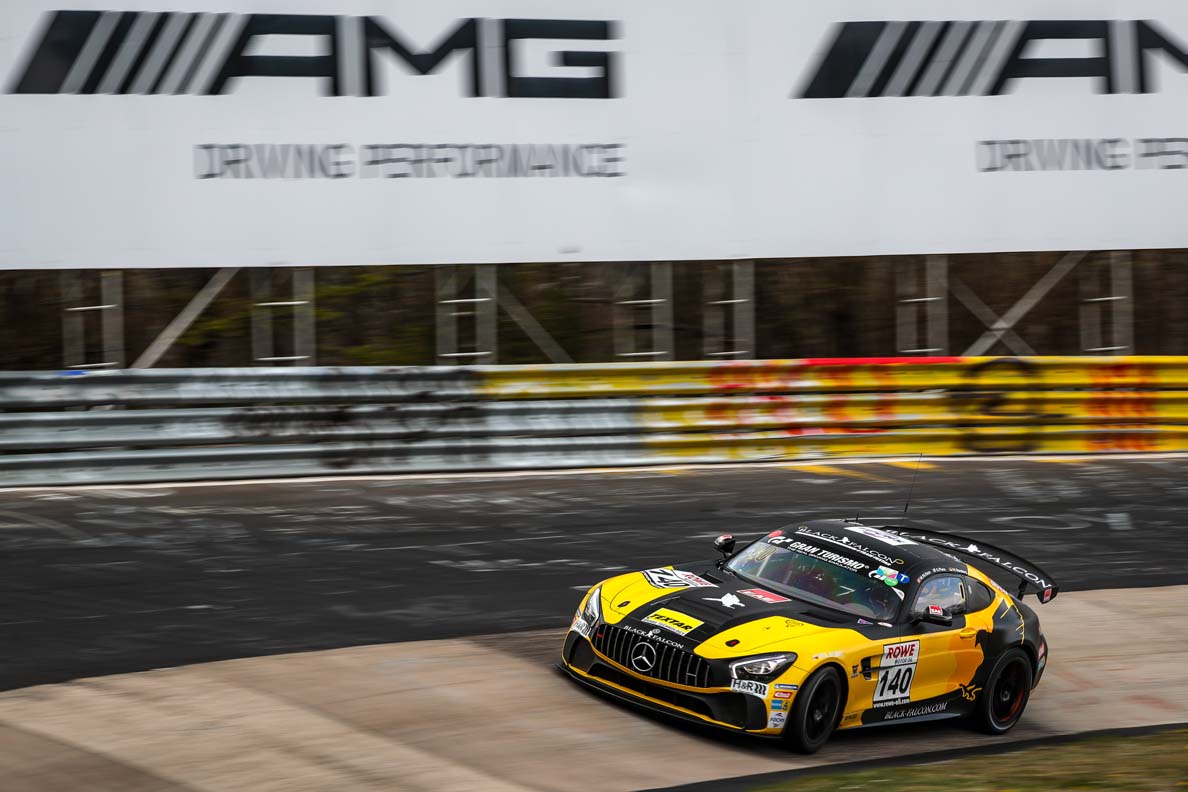 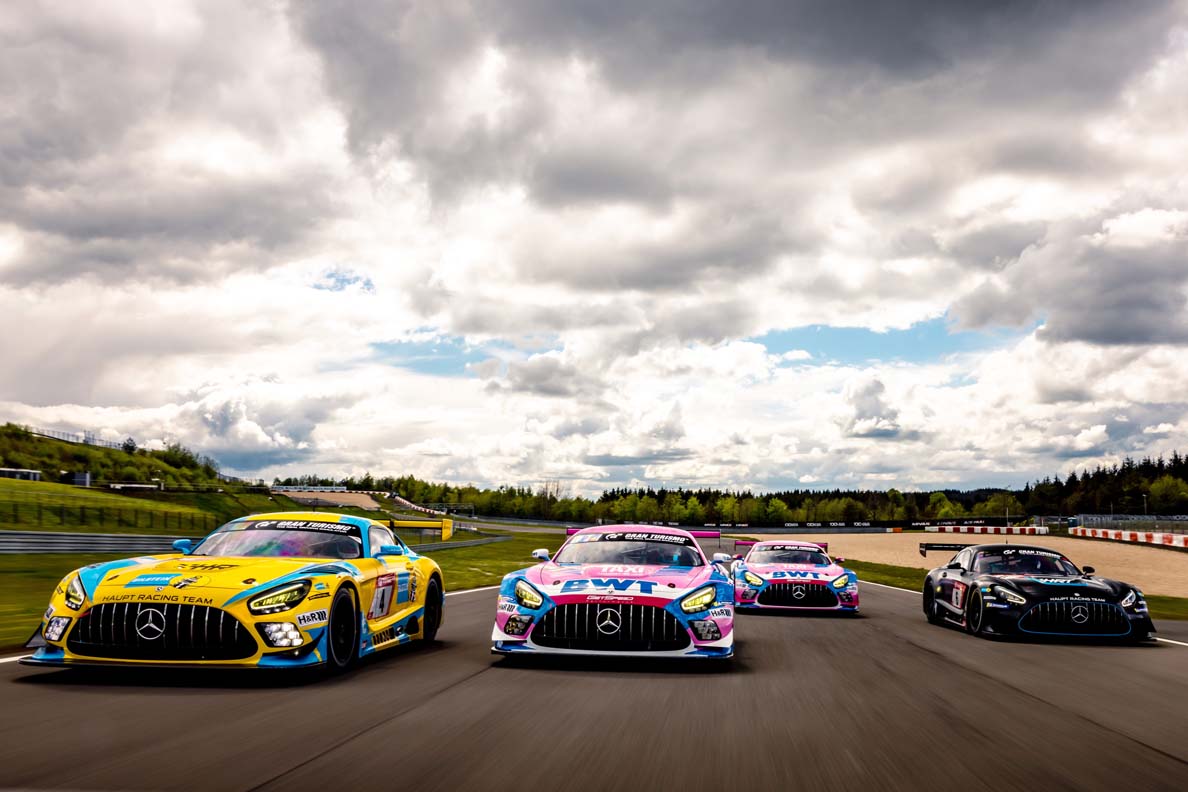 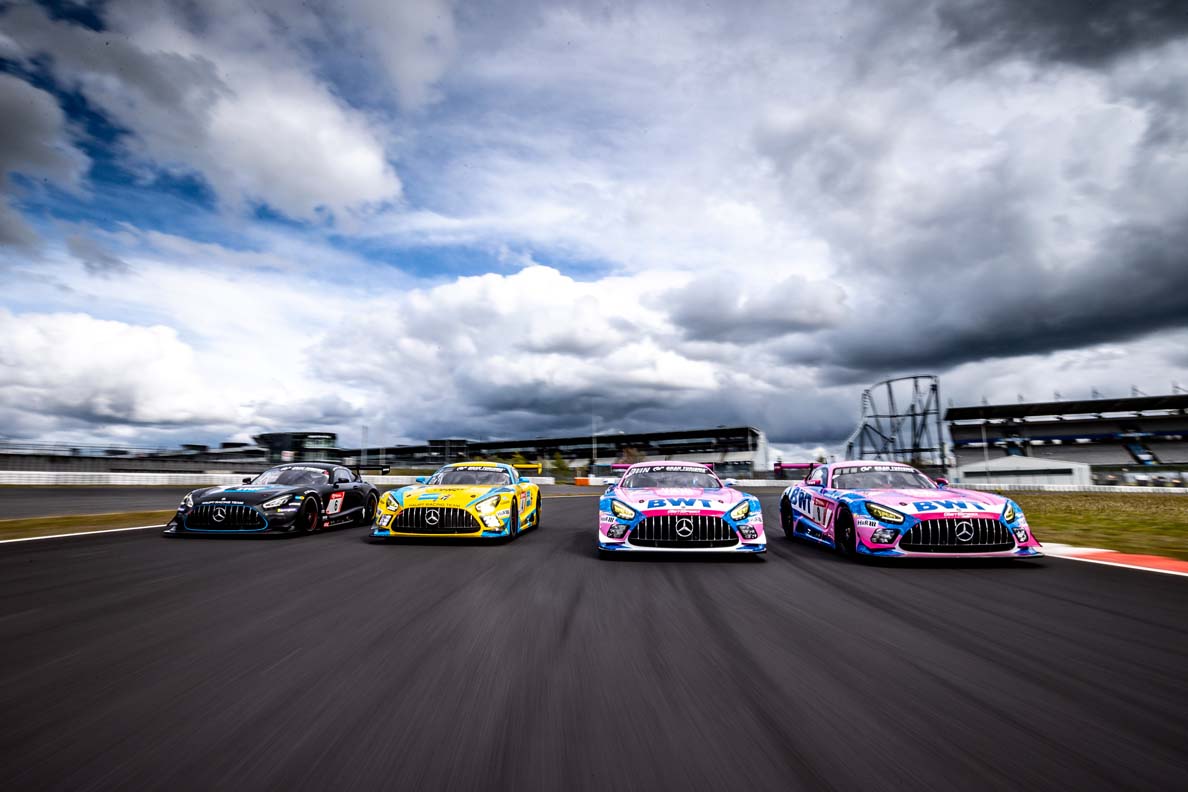 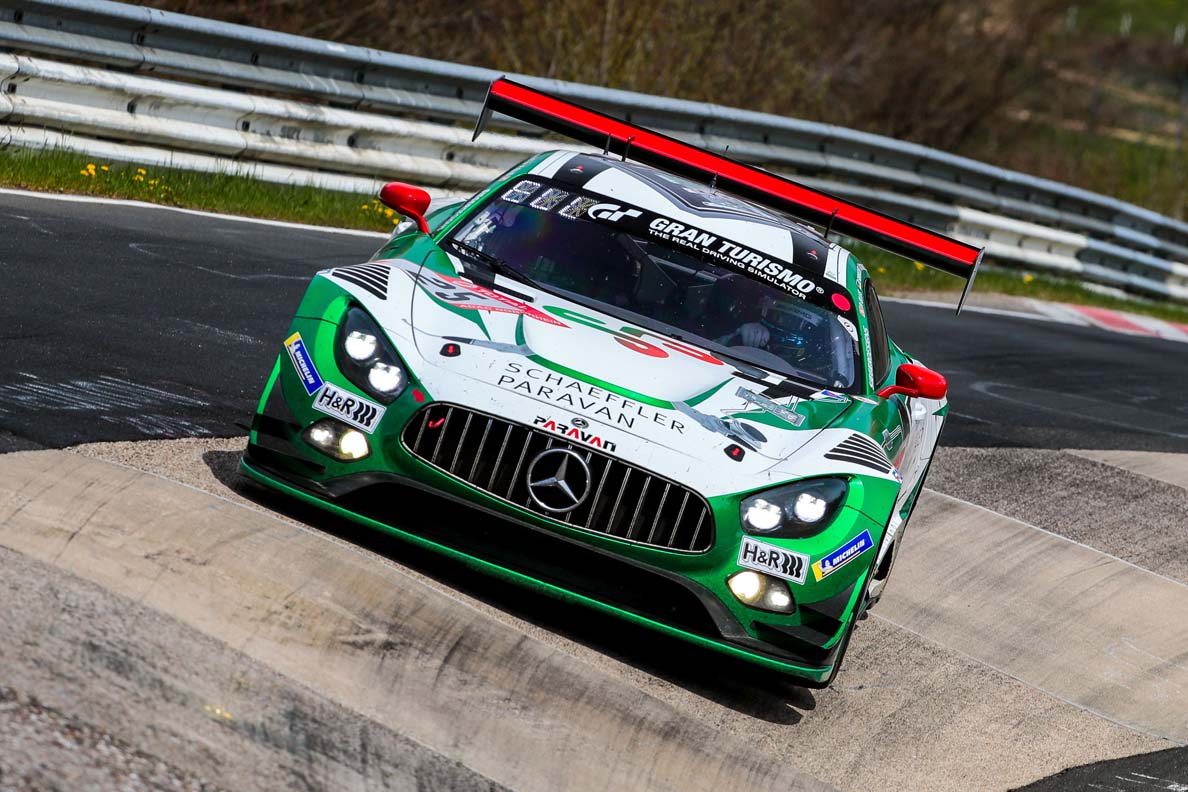 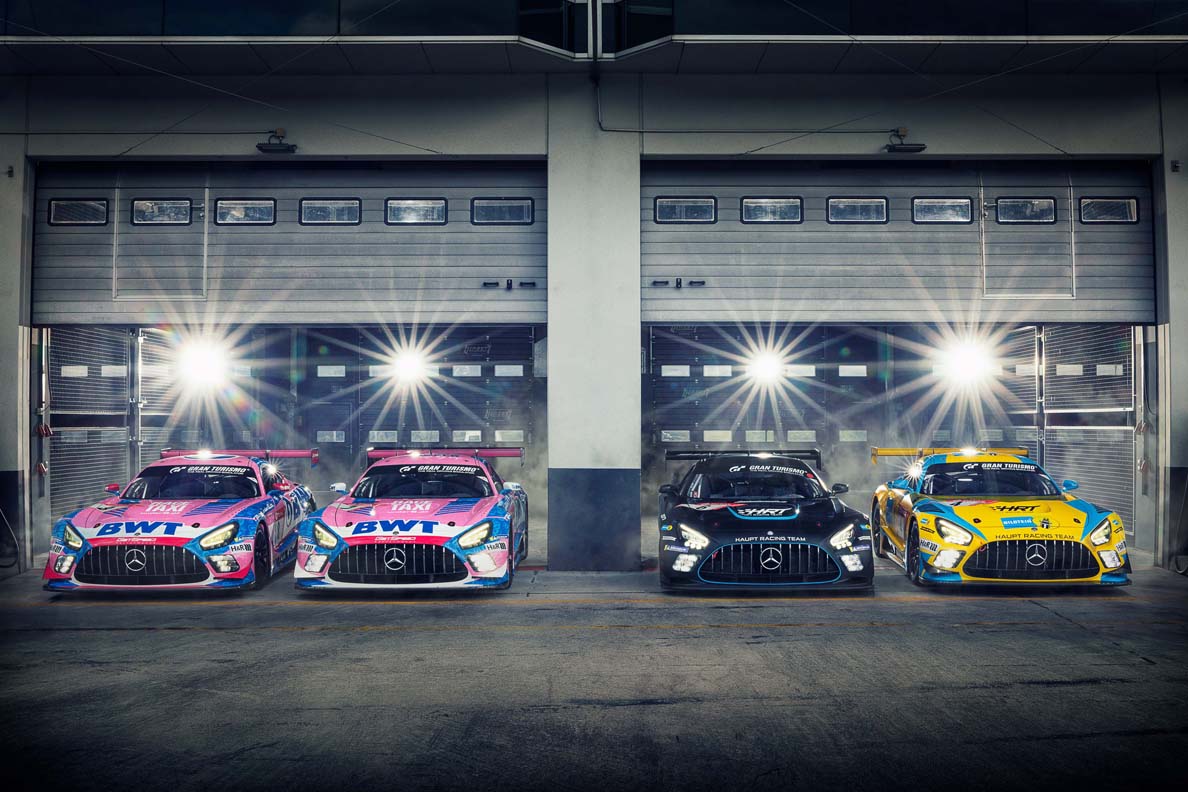 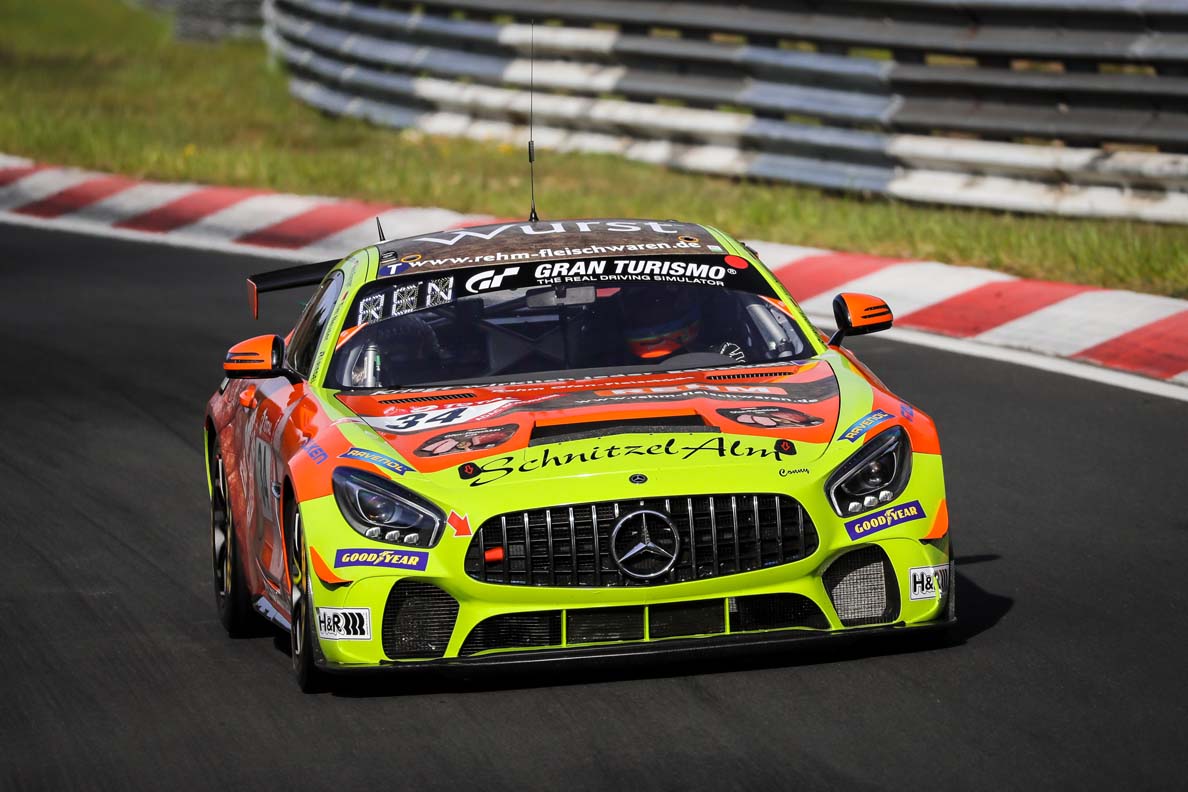 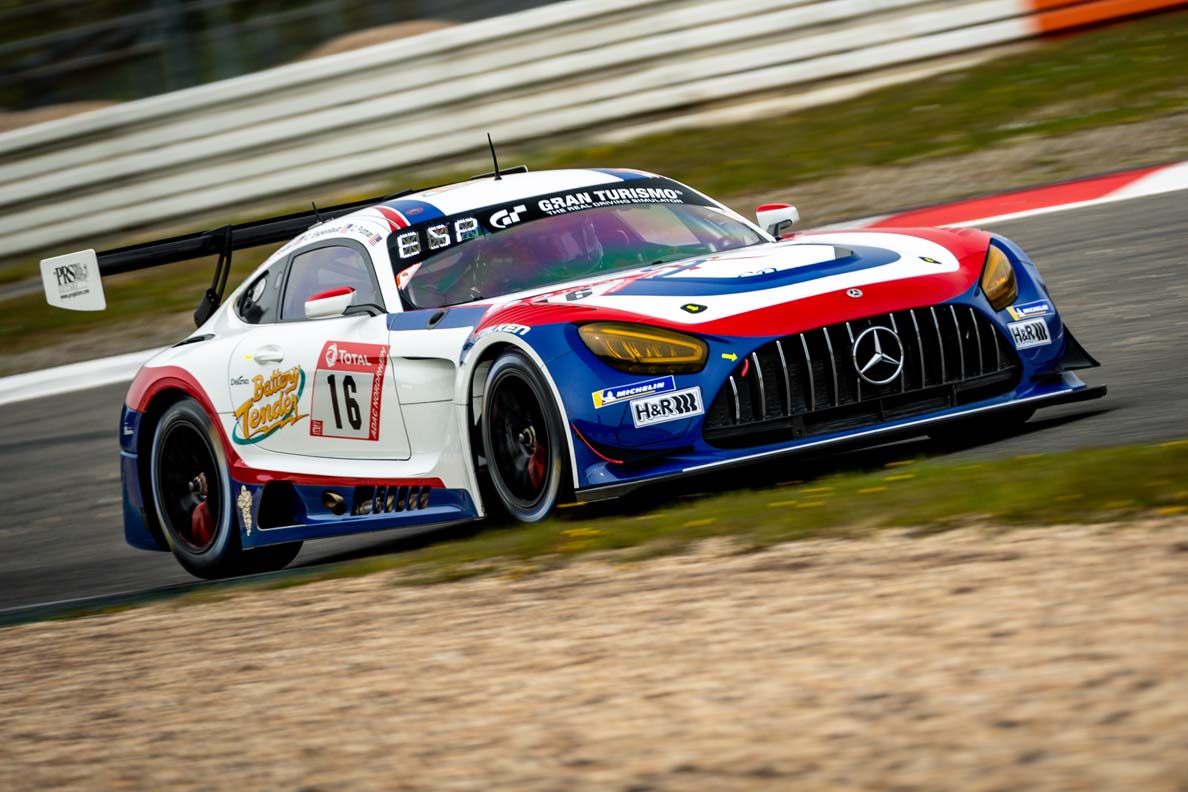 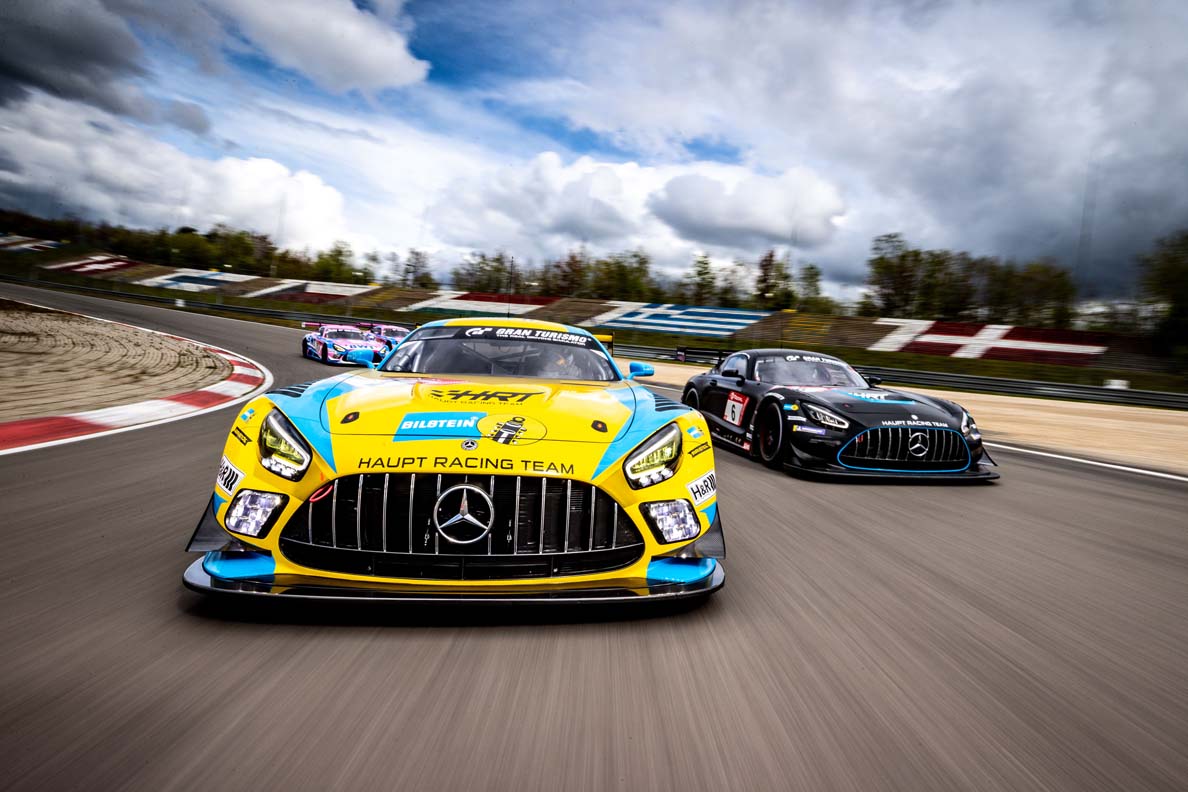