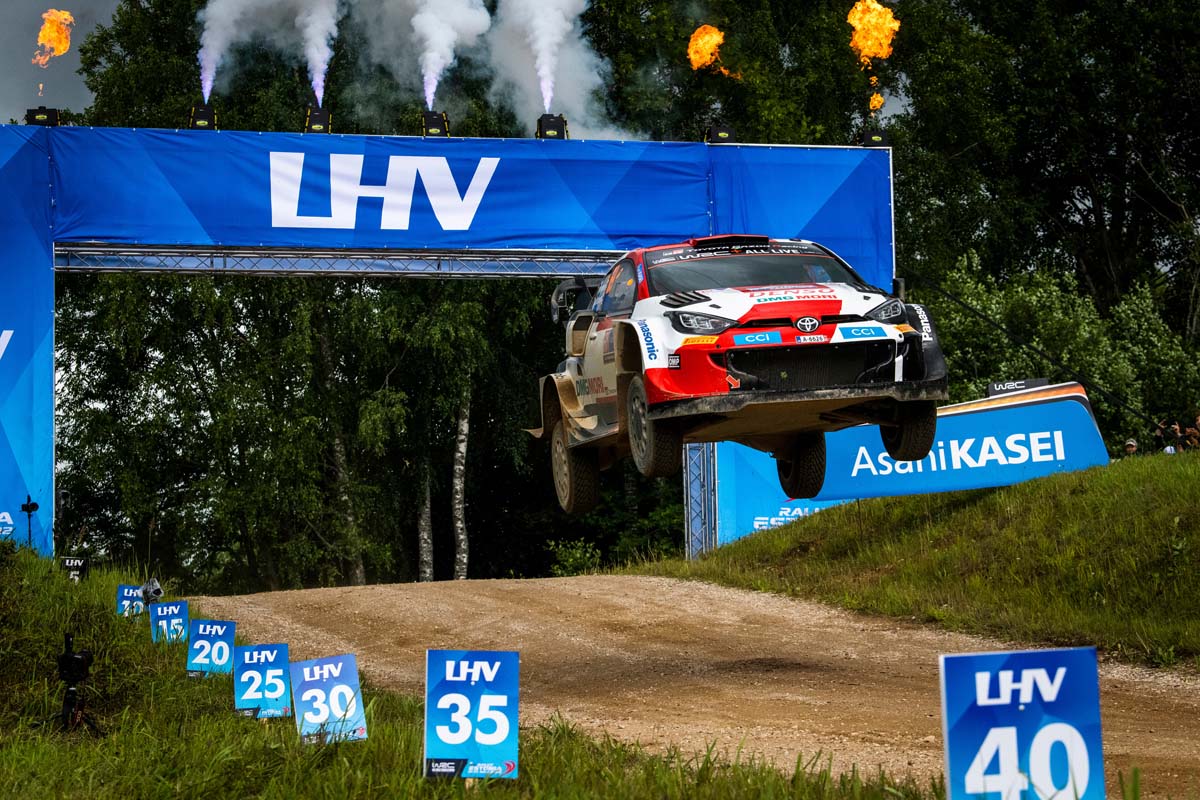 Kalle Rovanperä took a giant step towards his fifth win in six FIA World Rally Championship fixtures with a superlative performance at Rally Estonia on Saturday.

The 21-year-old Finn, who became the youngest event winner in history on the country’s roads 12 months ago, reeled off seven consecutive fastest times to demoralise team-mate and early leader Elfyn Evans.

Rovanperä relegated Evans in Friday’s final speed test to overnight with an 11.7sec advantage. After conceding a handful of tenths to the Welshman in Saturday’s opening test, he was almost untouchable through the rest of the day to stretch the gap to 29.1sec.

Showers and sunshine offered inconsistent morning grip on the superfast gravel roads while more rain and deep ruts offered a different challenge this afternoon. The Toyota Gazoo Racing driver remained unflustered and insisted his performance was ‘nothing special’.

“I felt we were driving well and pushing quite hard all the time but still managing the risk a bit,” he explained. “I wouldn’t say there is much pace left but it’s not pushing to the limit all the time. I don’t need to push the car and the tyres in the rough places, everywhere else we go flat out.”

Evans’ own run of five fastest times on Friday that carried him almost 20sec clear of his GR Yaris-driving colleague were a distant memory and he admitted overhauling Rovanperä in Sunday’s final leg would be a long-shot.

“Realistically it’s quite a big gap for a rally where you need to be consistently chipping in the times,” he said. “This afternoon I have had no answer, all day to be fair. He’s been very, very good.”

Hyundai i20 N team-mates Ott Tänak and Thierry Neuville were third and fourth after drama-free days. Tänak trailed Evans by 42.4sec and had almost 70sec in hand over the Belgian, who inherited the position when Esapekka Lappi changed a wheel after a heavy landing.

Neuville was under no pressure from Takamoto Katsuta in fifth and tested different settings this afternoon. Katsuta, driving another GR Yaris, demoted Adrien Fourmaux to sixth this morning and edged 10.9sec clear of the Ford Puma man.

Sunday’s final leg is the shortest but still features a healthy 77.98km of action. Two identical loops of three stages lie in wait before the podium ceremony in Tartu. The rally-closing Kambja test forms the Wolf Power Stage, with bonus points available to the fastest crews. 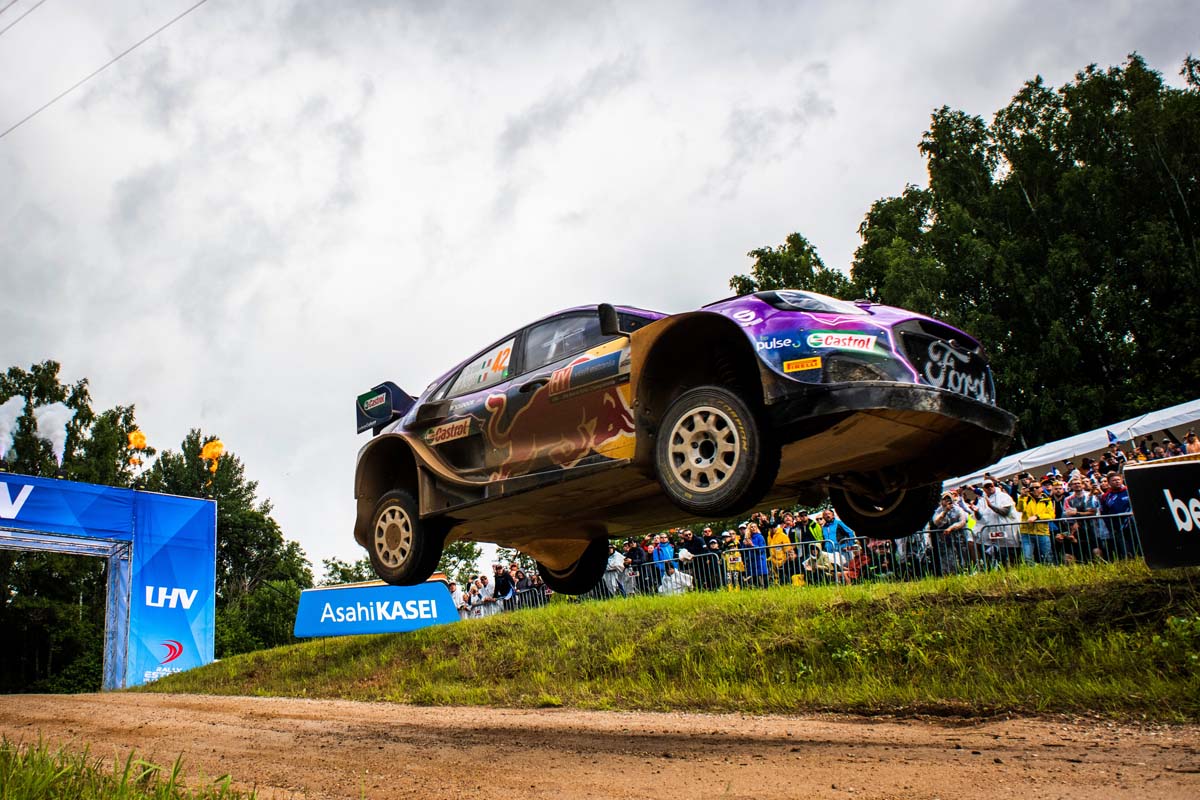 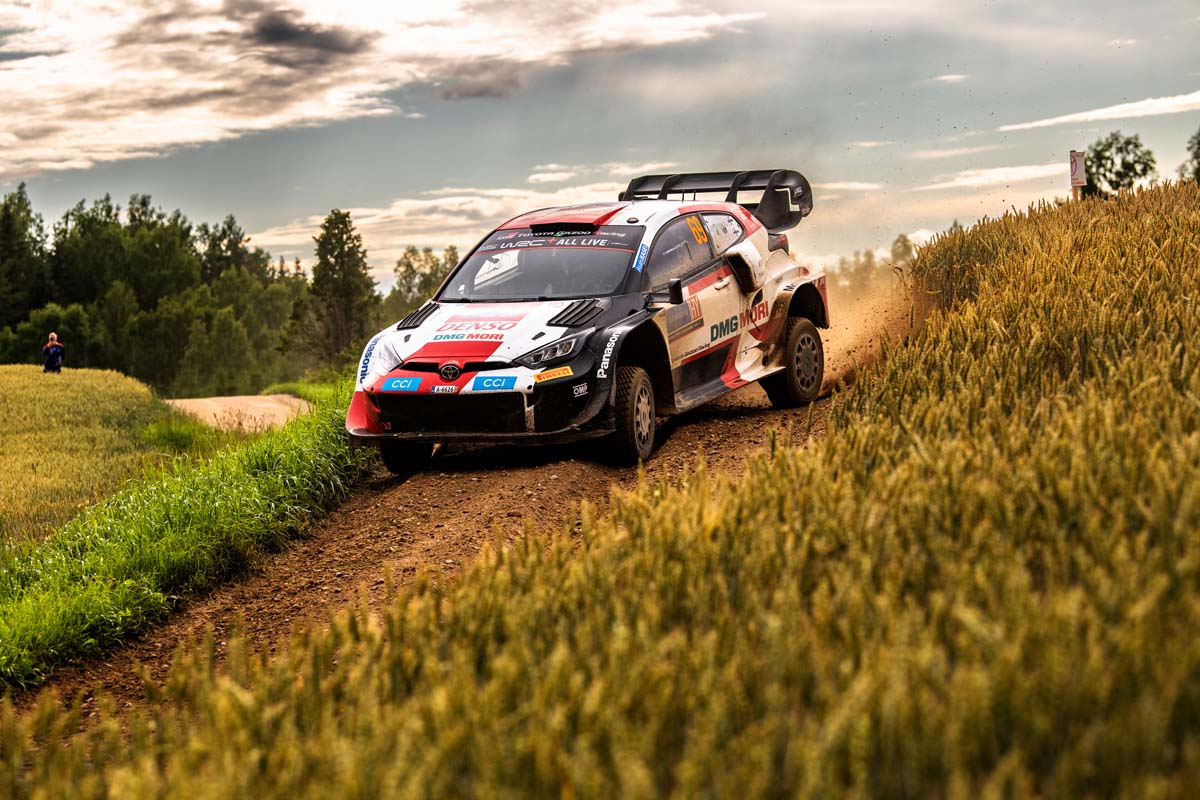 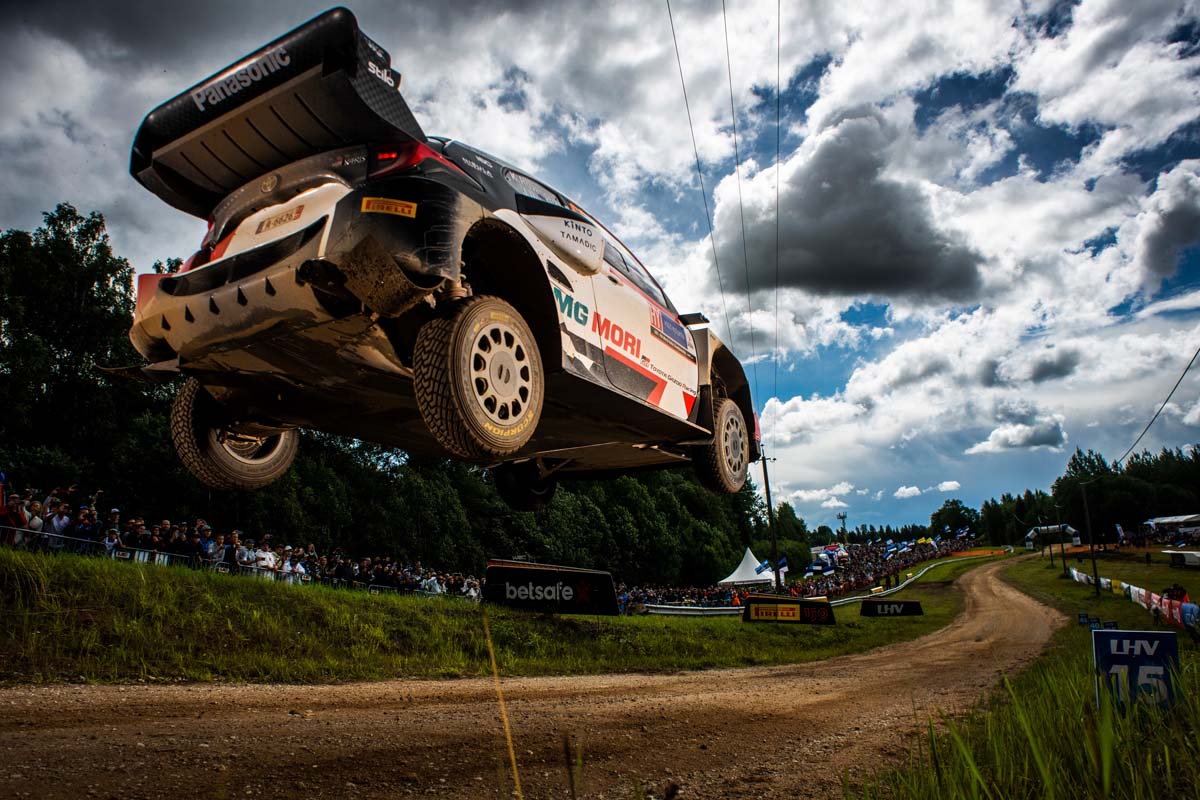 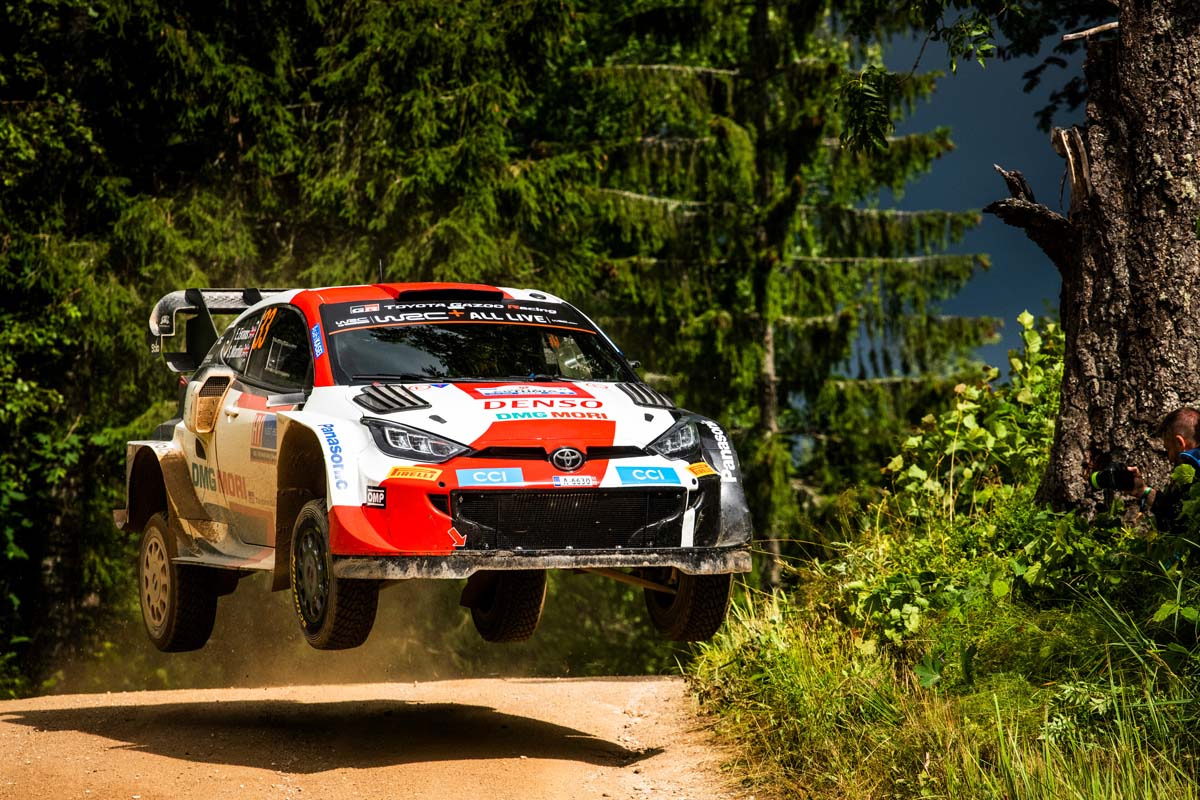 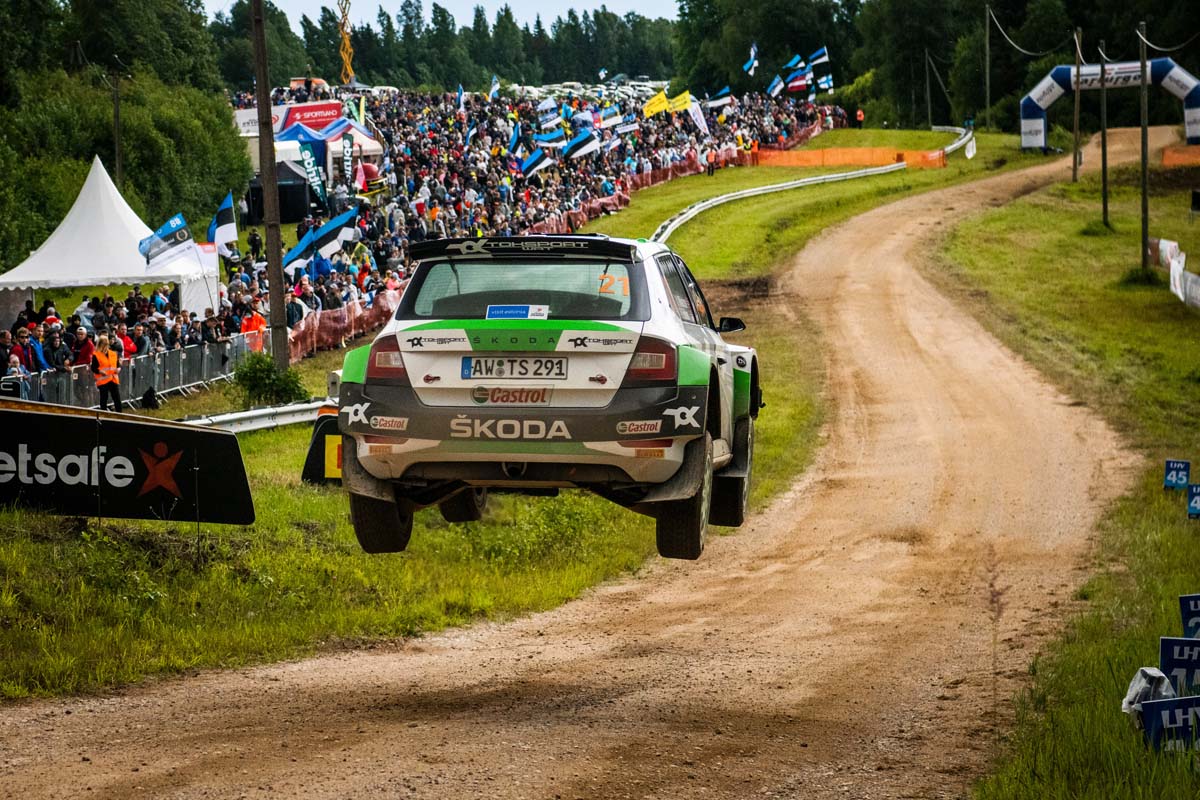