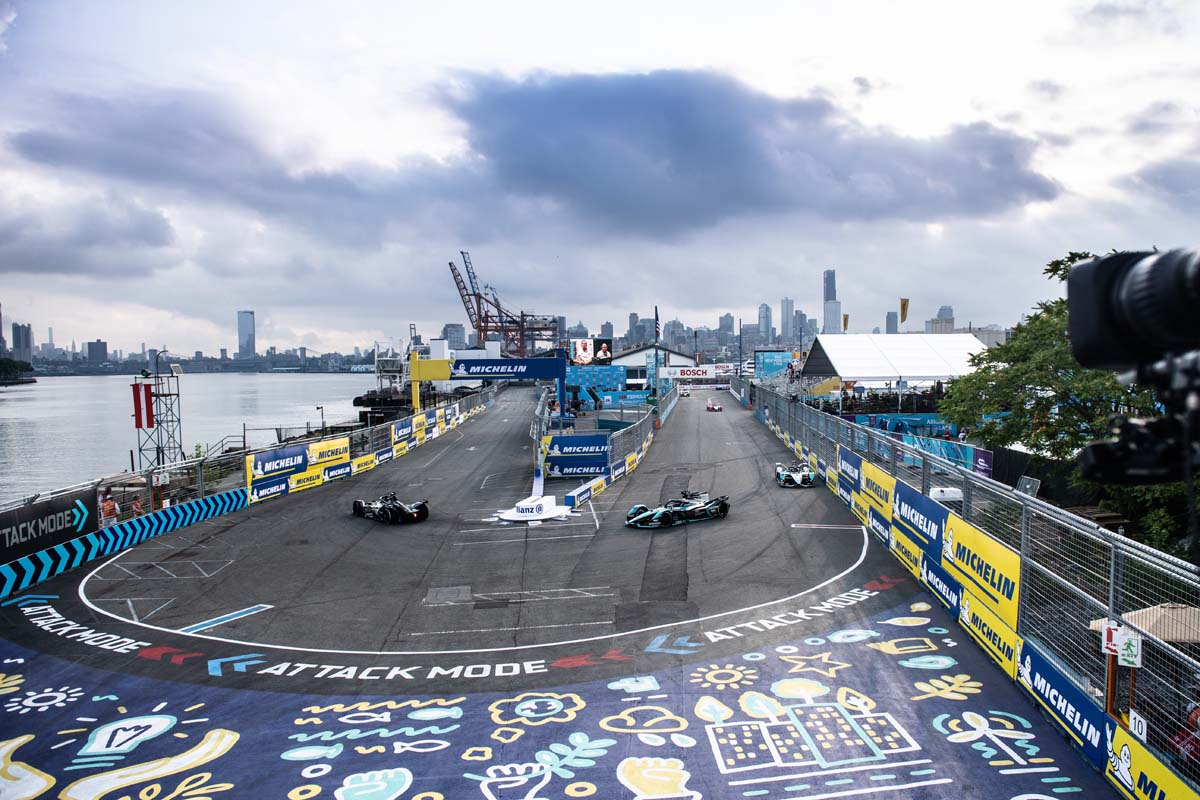 In the final 10 minutes of the scheduled 45-minute plus one lap race, a storm swept in with heavy rain buffeting the Brooklyn Street Circuit leaving pools of standing water in the braking zone to Turn 6.

A Full Course Yellow was called but Cassidy, di Grassi and Vandoorne – as well as Edoardo Mortara (ROKiT Venturi Racing) – couldn’t help but aquaplane straight on and into the wall. More drivers fell foul in impossible conditions as the race was brought to an early conclusion with a Red Flag.

Before the rain came, Nick Cassidy had started from Julius Bär Pole Position for the first time this season and led from the front through both ATTACK MODE activations. Di Grassi and Frijns applied pressure from behind as the race headed towards its conclusion with the pair having deposed Vandoorne from second on Lap 27 as the points race twisted and turned.

Drivers’ World Championship leader Mortara had also worked his way up to fifth with a late second ATTACK MODE, the Venturi driver having missed out on the Duels in qualifying, starting ninth.

The Red Flag meant the race result was decided on countback with finishing positions defined based on the lap prior to the one in which the stoppage was called, as per article 41.9 of the FIA sporting regulations. The ruling meant the race win went the way of an elated Cassidy, with di Grassi and Frijns rounding out the podium.

That leaves ROKiT Venturi Racing at the top of the Teams’ World Championship standings, 23 points up on Mercedes-EQ which climbs above DS TECHEETAH.

It’s a busy night ahead for engineers in most of the team garages to prepare for Round 12 and the second race in the New York City E-Prix double header tomorrow.

The iconic Empire State Building was lit up in Formula E’s distinctive electric blue to mark the fifth year of the New York City E-Prix in the ABB FIA Formula E World Championship.

NICK CASSIDY, ENVISION RACING, #37 said: “It is such a rollercoaster of emotions, I was pretty calm after everything happened (but) obviously very disappointed initially. It felt like I did everything right today, felt like it was in the bag with ten to go, then it started raining. I was initially very disappointed considering that, but – and I know I’m biased – I think it is the right decision.

“[When finding out he won] I said in the garage ‘are you sure, are you sure?!’ It is difficult for me to say too much, but I am super happy with the win and I don’t want to talk about the decision making process and all that. But in terms of the race the team did a fantastic job, I had a fantastic car today and I am really pleased especially after last weekend that we could come here and take the win.

LUCAS DI GRASSi, ROKiT VENTURI RACING, #11 said: “The crash today was the strongest Formula E crash of my career, one of the strongest crashes I have had in motorsport – it was well over 15g. I am fully bruised, my neck, my hands, my legs – but I’m okay. It just shows when you’re not complaining there is nothing you can really do.

“I am happy they gave a Red Flag and reversed the result of the race, that was the first thing to do. I am happy with the points, but unhappy the car is in complete pieces and that the mechanics will have to work hard to put the car together tomorrow.”

ROBIN FRIJNS, ENVISION RACING, #4 said: “I am okay, I didn’t touch the wall. The two guys in front, Nick and Lucas, they went straight in turn 6, they spun basically – I don’t know what happened behind me but I was the only one who survived the carnage.

“It was very tricky [avoiding the crash]. We are using the tyres for three-quarters of the race, the tread is going down and then the rain comes – you’re basically driving with slicks. I braked a bit early, but I didn’t see anything because of the spray from Lucas, and then when the spray disappeared I saw Lucas sideways, 45 degrees in front of me. Luckily I braked a bit early and just made the corner.” 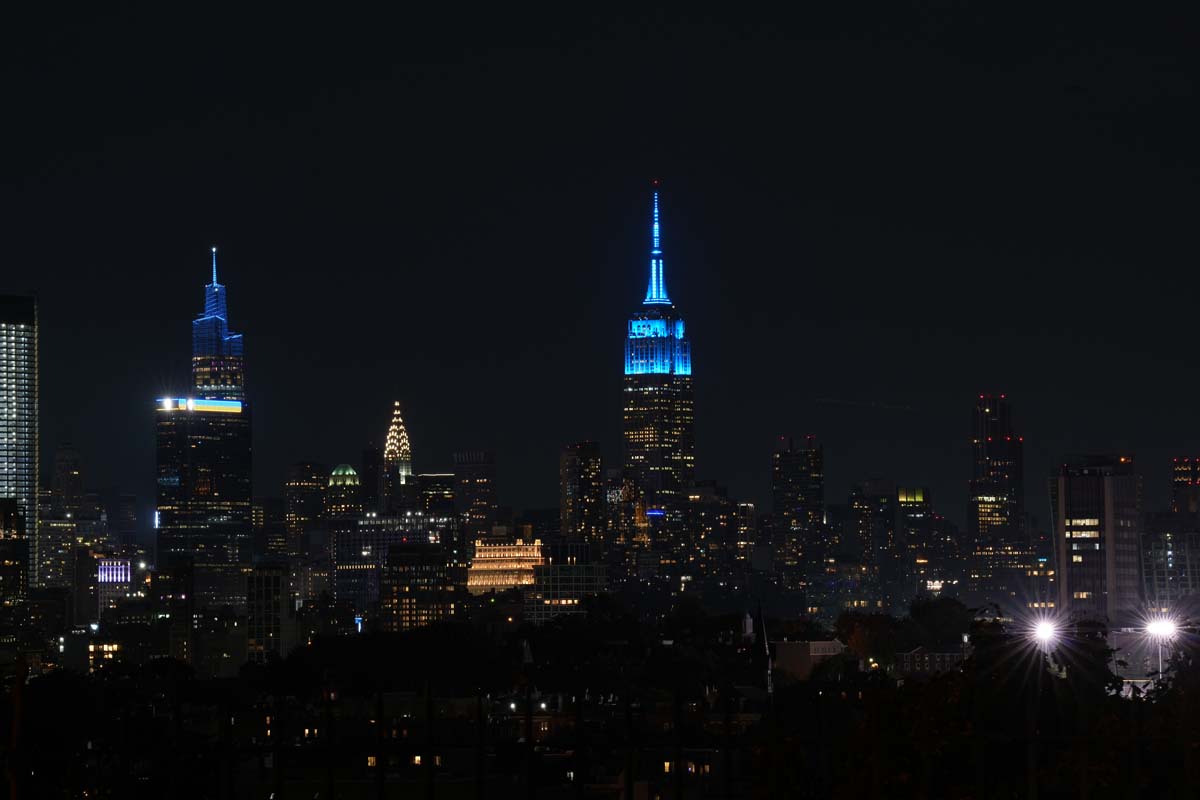 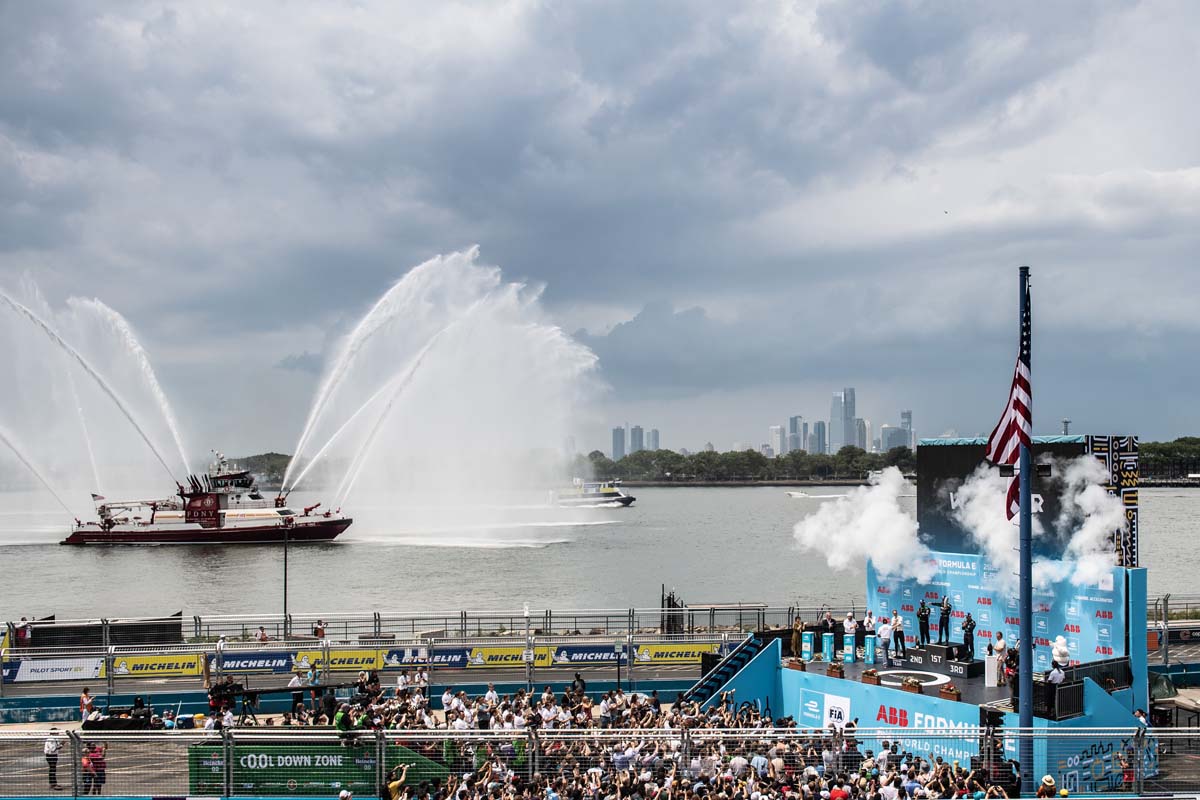 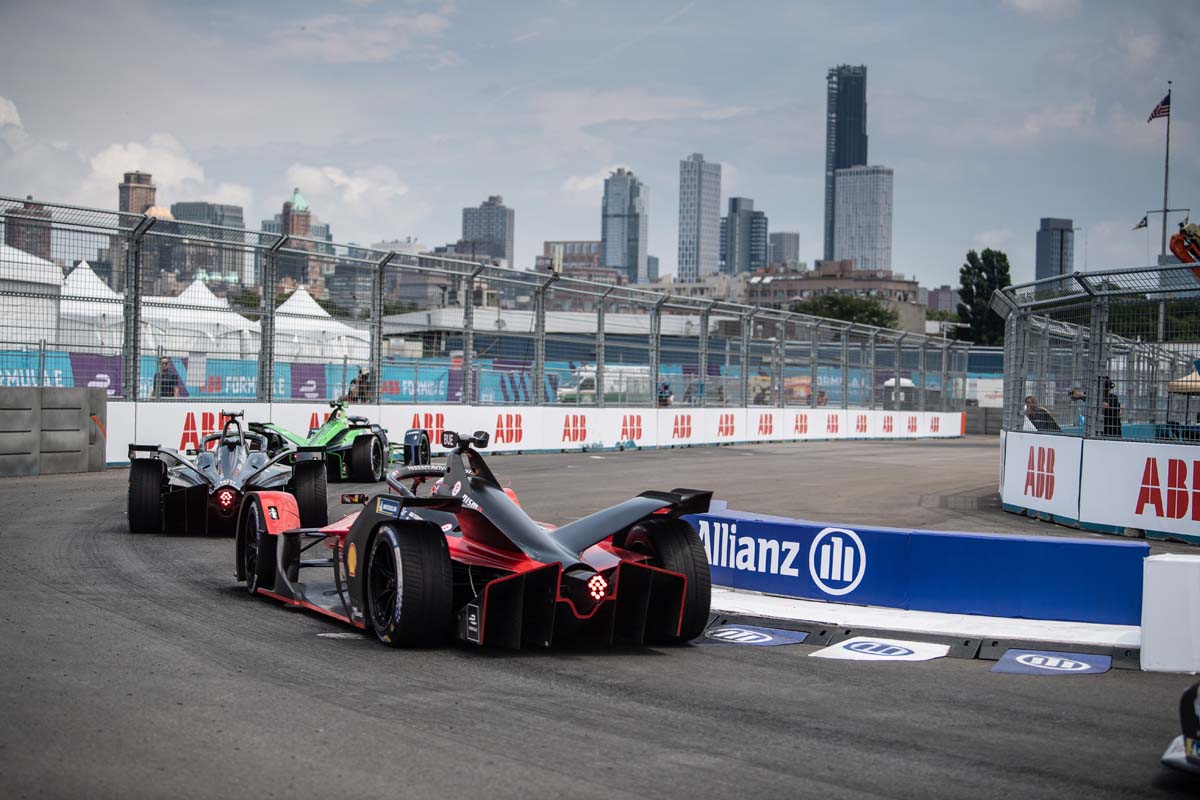 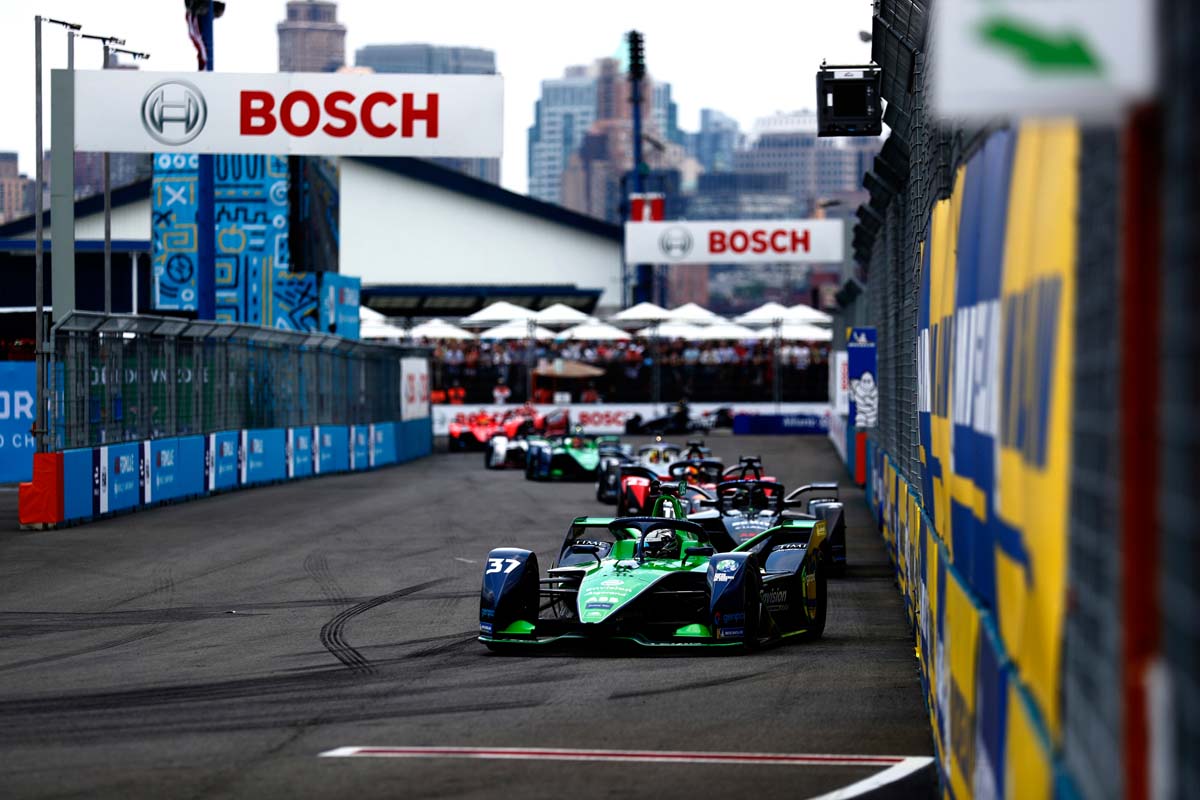 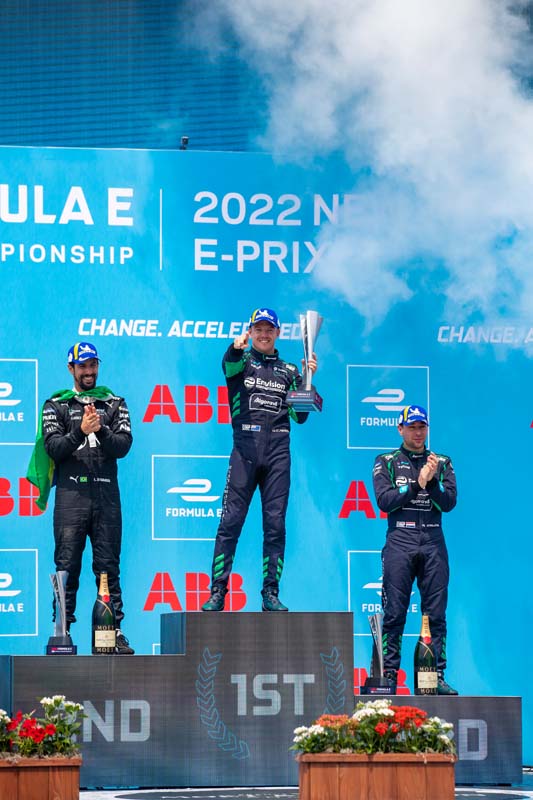