WEC– Toyota And Ferrari Are 1-2 In FP1 At Monza 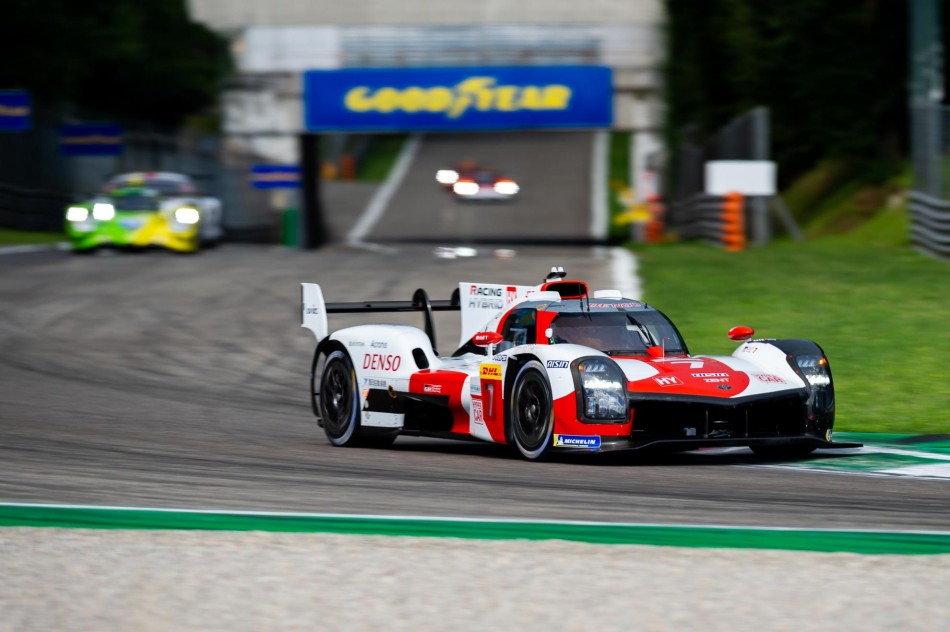 The first session of the 6 Hours of Monza weekend saw the no7 Toyota Gazoo Racing GR010-Hybrid set the fastest lap, with Jose Maria Lopez posting 1m38.401 lap, 0.134s ahead of Brendon Hartley in the no8 Toyota and 0.152s ahead of the no36 Alpine A480-Gibson.  The two Glickenhaus 007 LMHs were 4th and 5th fastest with the no709 finishing four hundredths ahead of the no708.

Reigning champions United Autosports led the way in the LMP2 category, with Filipe Albuquerque finishing the 90-minute session with the best time in class of 1m39.373, 0.464s ahead of the no29 Racing Team Nederland Oreca of Nyck De Vries, with the no21 Dragonspeed USA of Ben Hanley posting the third fastest of 1m40.075.

In the final few minutes of the session Team Project 1’s Riccardo Pera went to the top of the 16 car LMGTE AM entry with a 1m47.194, pushing the no54 AF Corse Ferrari of Giancarlo Fisichella into second spot by just under two tenths of a second.  The no60 Iron Lynx rounded out the top three in the LMGTE AM class with Matteo Cressoni making it three Italian drivers setting top three best times with a 1m47.479s.

The session was red flagged for a short period after the no47 Cetilar Racing Ferrari went off track into the barriers.   Roberto Lacorte was OK, but the mechanics now have to repair the car before FP2 tomorrow morning, which will begin at 09h30 CEST.