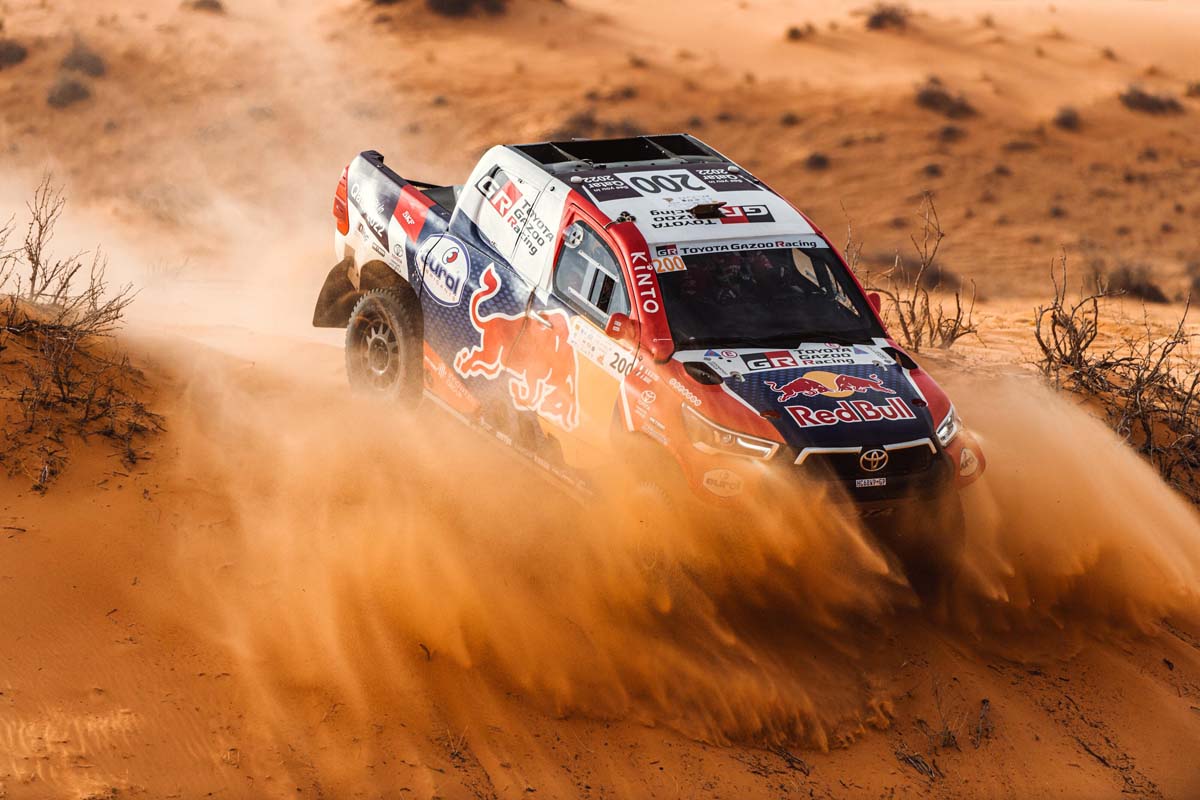 The Toyota Gazoo Racing duo steered their Toyota Hilux to a time of 3hr 20min 01sec and duly finished 6min 05sec in front of stage runner-up Denis Krotov. Al-Attiyah’s stage performance boosted his already overwhelming odds of clinching the FIA World Cup title and the Qatar found himself 22min 16sec ahead of Toyota team-mate and title rival Lucio Alvarez heading into the night halt in Hail.

Al-Attiyah’s co-driver Baumel said: “We started first of the T1 cars, but the T1 2022 specification cars started before us. We passed all three of them during the day and we opened the road half the way. It was not an easy stage. The first part was more navigation and off-track and the second part was faster. It was a nice day and we had a good result. We need to win two stages to get the World Cup. That is the goal for this rally.”

“It was quite a nice stage with a lot of camel grass and it was quite soft,” said Przygonski. “We made a navigation mistake and got lost but we enjoyed it. It was nice.”

Laia Sanz adapted well to her challenge for honours in a Mini John Cooper Works Rally and was classified in sixth, with Alvarez in seventh overall and Czech driver Miroslav Zapletal holding ninth in a Ford F-150. Local hero Yazeed Al-Rajhi was on course for the second fastest time until a gearbox issue intervened and cost the Saudi 1hr 48sec to the stage-winning Al-Attiyah.

Three 2022 specification machines were permitted to tackle the event in preparation for the Dakar Rally. Martin Prokop enjoyed a useful test session in the new Ford Raptor Cross-Country and both Ronan Chabot and Juan Cruz Yacopini got to grips with the latest Overdrive Toyota Hilux T1+.

Poland’s Michal Goczal moved into eighth overall, won the stage in the T4 section in his Can-Am and finished 9min 43sec in front of Australia’s Molly Taylor. His brother Marek Goczal was third and Ukraine’s Ievgen Kovalevych and Dubai-based Briton Thomas Bell rounded off the top five.

Anass Al-Reheyani set the unofficial fastest time in the motorcycle category and edged into a lead of 61 seconds over Abdulhalim Al-Mogheera. Othman Al-Ghfeli was an unofficial third.

Al-Mashna Al-Shammeri was the unofficial leader of the National Rally in his Nissan Patrol with Czech driver Josef Machacek an unofficial second in his Buggyra Can-Am DV21. Saeed Al-Mouri was third in a Can-Am.

Frenchman Teo Calvet teamed up with the Czech duo of Josef Kalina and Tomas Sikola to set the fastest time in the Truck section in their Tatra.

Tomorrow (Thursday), competitors embark upon a second selective section of 314km through the deserts near Hail. The stage starts after a road liaison of 99km and features passage controls at 105km and 194km. A road section of 96km takes teams back to the bivouac. 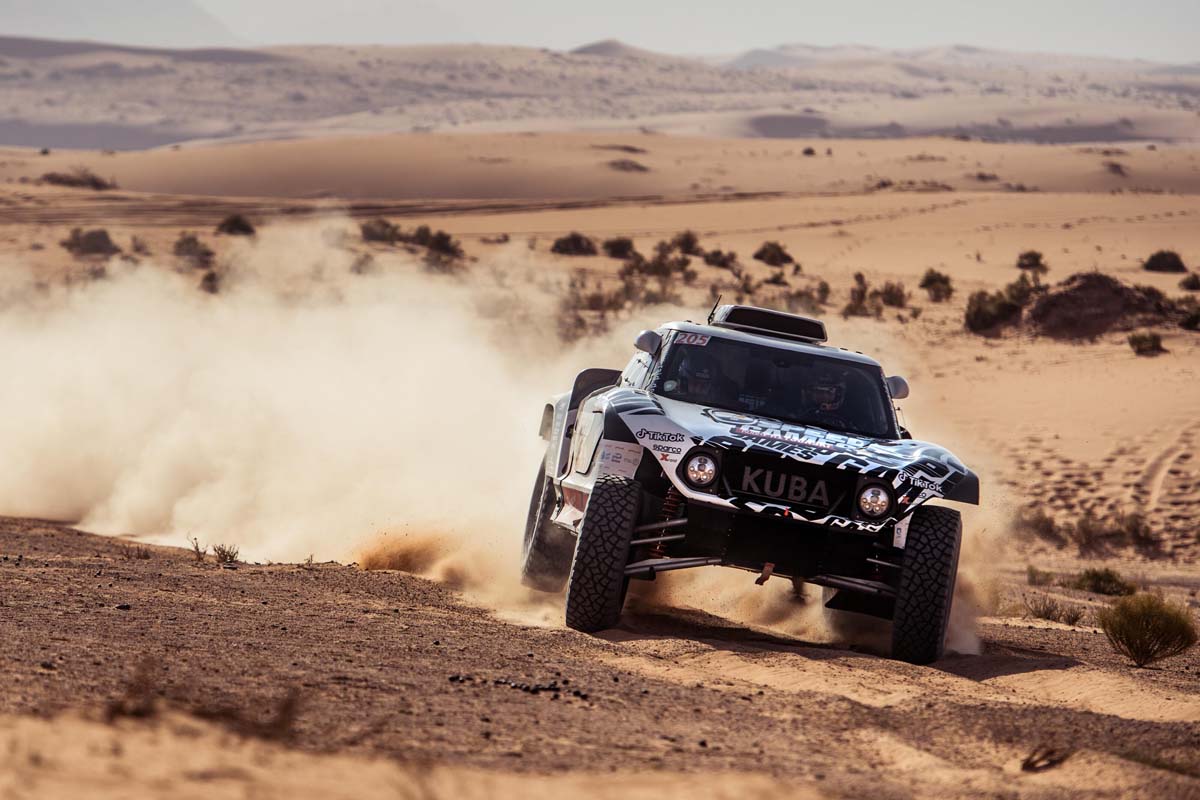 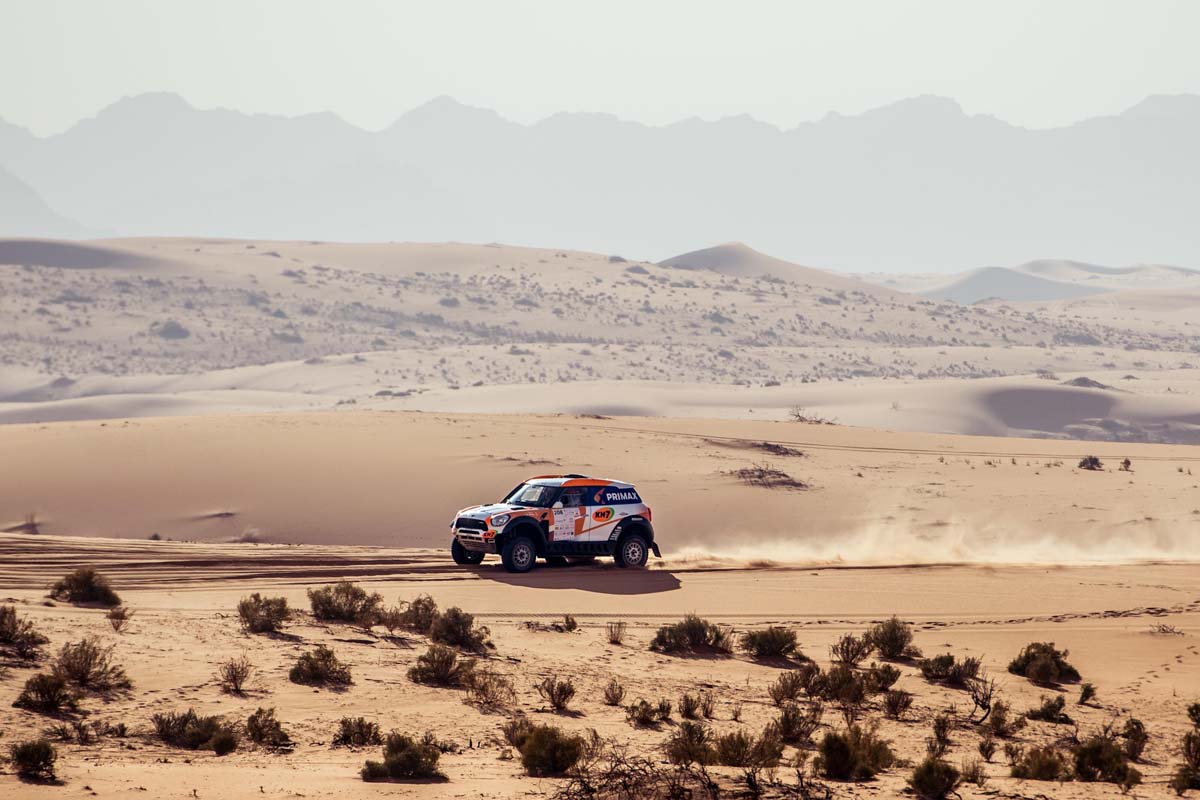 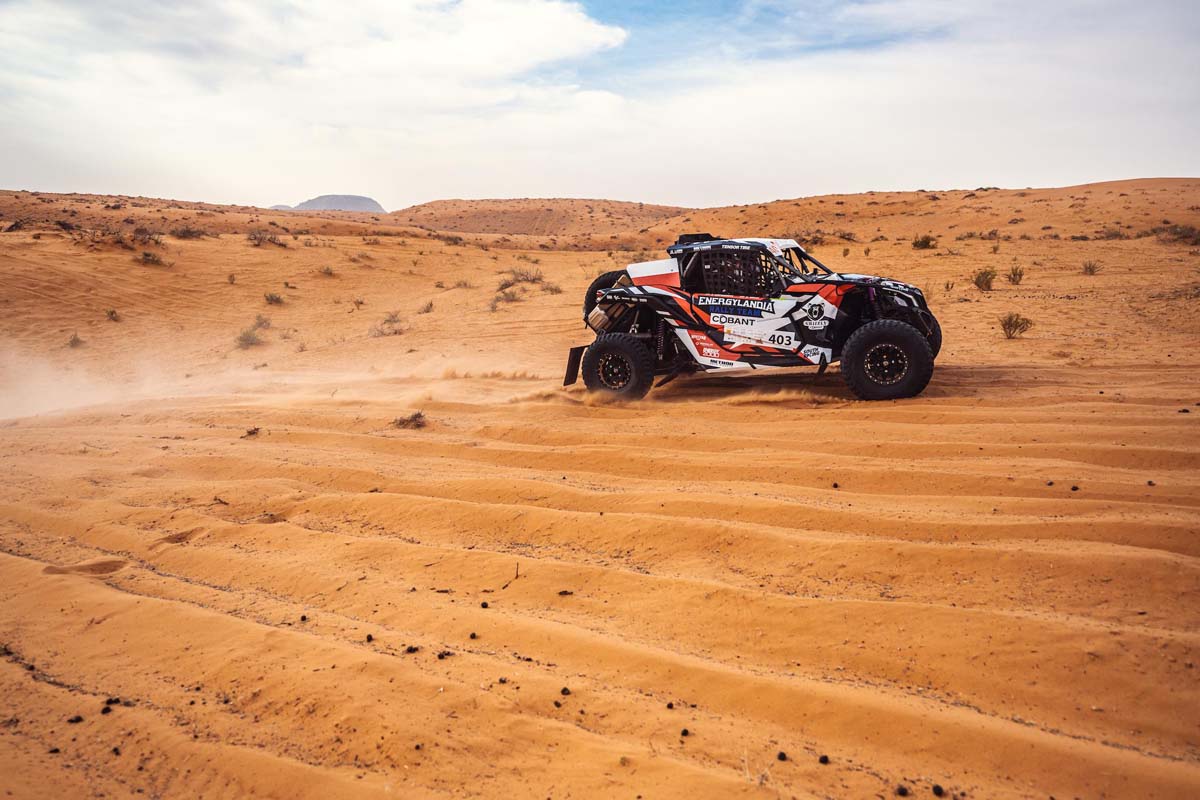 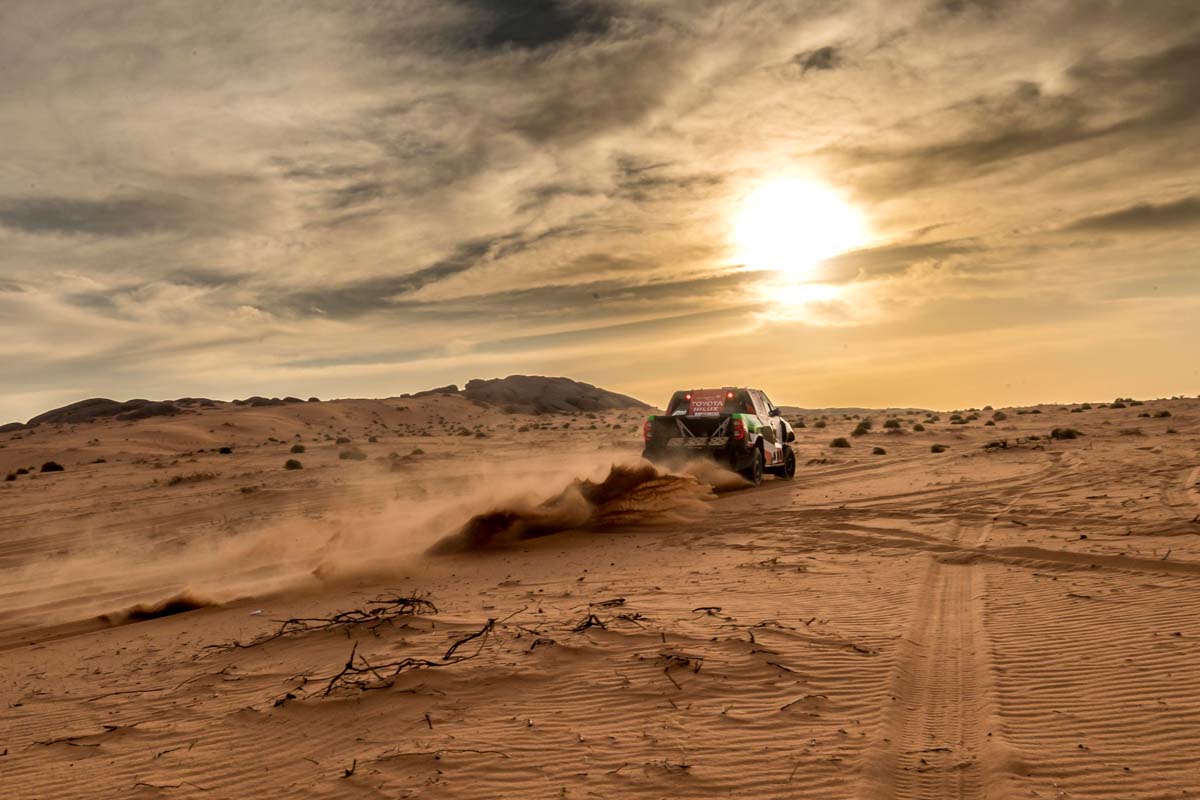