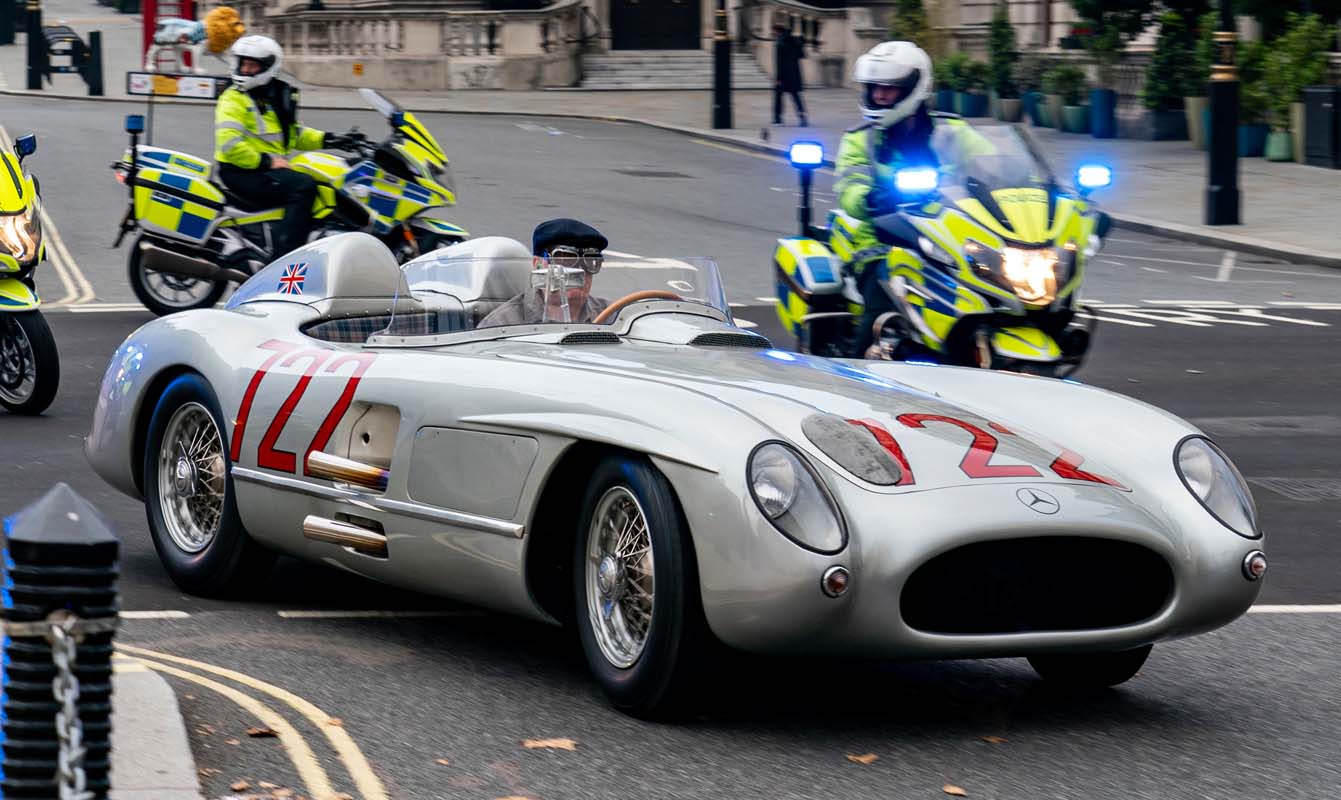 “Who do you think you are? Stirling Moss?” This, so the story goes, is what a policeman asked the legendary British racing driver following a particularly ‘daring’ overtaking manoeuvre on the streets of London. “Yes sir, I am” was the honest reply.

There’s a nod to this legendary tale – and a number of other aspects of Moss’s life and career – in “The Last Blast”, a new short film by Mercedes-Benz Classic. A police motorcycle outrider admonishes the over-enthusiastic driver of the very Mercedes-Benz 300 SLR made famous by Moss’s win in the 1955 Mille Miglia race. As the camera zooms in on the front wing of the bike, we see a sticker bearing the famous question.

With this, part of a police-escorted drive across central London, ‘The Last Blast’ celebrates the life of Moss, who died on 12 April 2020 at the age of 90. Filming took place at the end of September 2021 in London – where he lived for more than 60 years – yet somewhere the famous Mercedes-Benz racing car, with its legendary Mille Miglia starting number of 722, has never been driven before.

But while the Silver Arrow is the visible star of the show, there’s an invisible one, too: the late racing driver himself. In this very car, together with navigator Denis Jenkinson, he achieved a famous victory for Mercedes-Benz in the 1955 road race from Brescia to Rome and back. And it is in Moss’s honour that the company had the straight-eight engine howl for one last blast on a drive across central London before the car is retired, returning to its permanent home in the Mercedes-Benz Museum in Stuttgart.

The result is a moving three-and-a-half minutes of film. The starting point of the drive, very early one Sunday morning, is The Temple. It then takes in the Houses of Parliament, Trafalgar Square, the Royal Automobile Club and the The Ritz hotel. On the way, “722” passes what was Sir Stirling’s very own 300 SL “Gullwing” – the car in which he travelled from London to the Mille Miglia in 1955. Its drive through the city ends in front of Moss’s own home in a Mayfair mews. There, his son, Elliot Moss, stands in front of the door and looks at the watch on his wrist, which his father wore for many years. It’s exactly 7:22 am, the original start time of Moss and Jenkinson’s Mille Miglia entry and the reason for the car’s racing number. The 300 SLR rolls to a halt one final time, and its engine is switched off.

This is Mercedes-Benz Classic’s tribute and thanks to Sir Stirling Moss who dedicated decades of service to the brand. And also to his family, for the unwavering support they showed him, and for their personal involvement in this very special film project.

Factsheet for “The Last Blast” 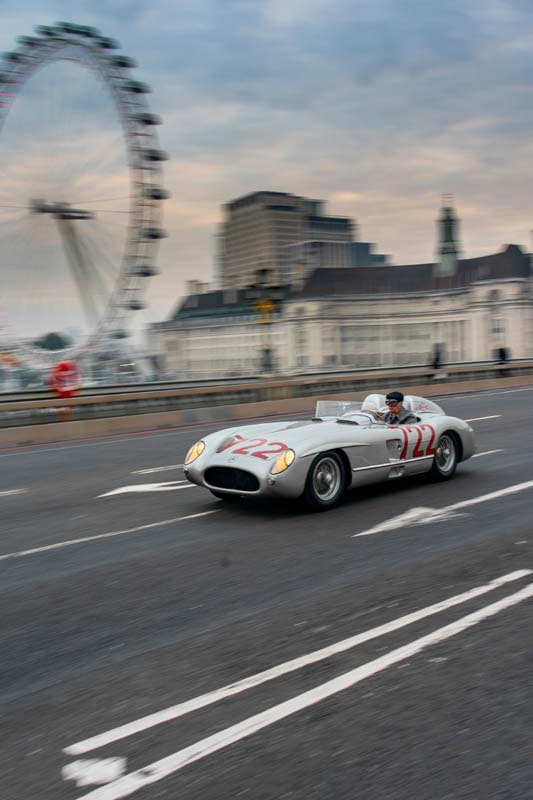 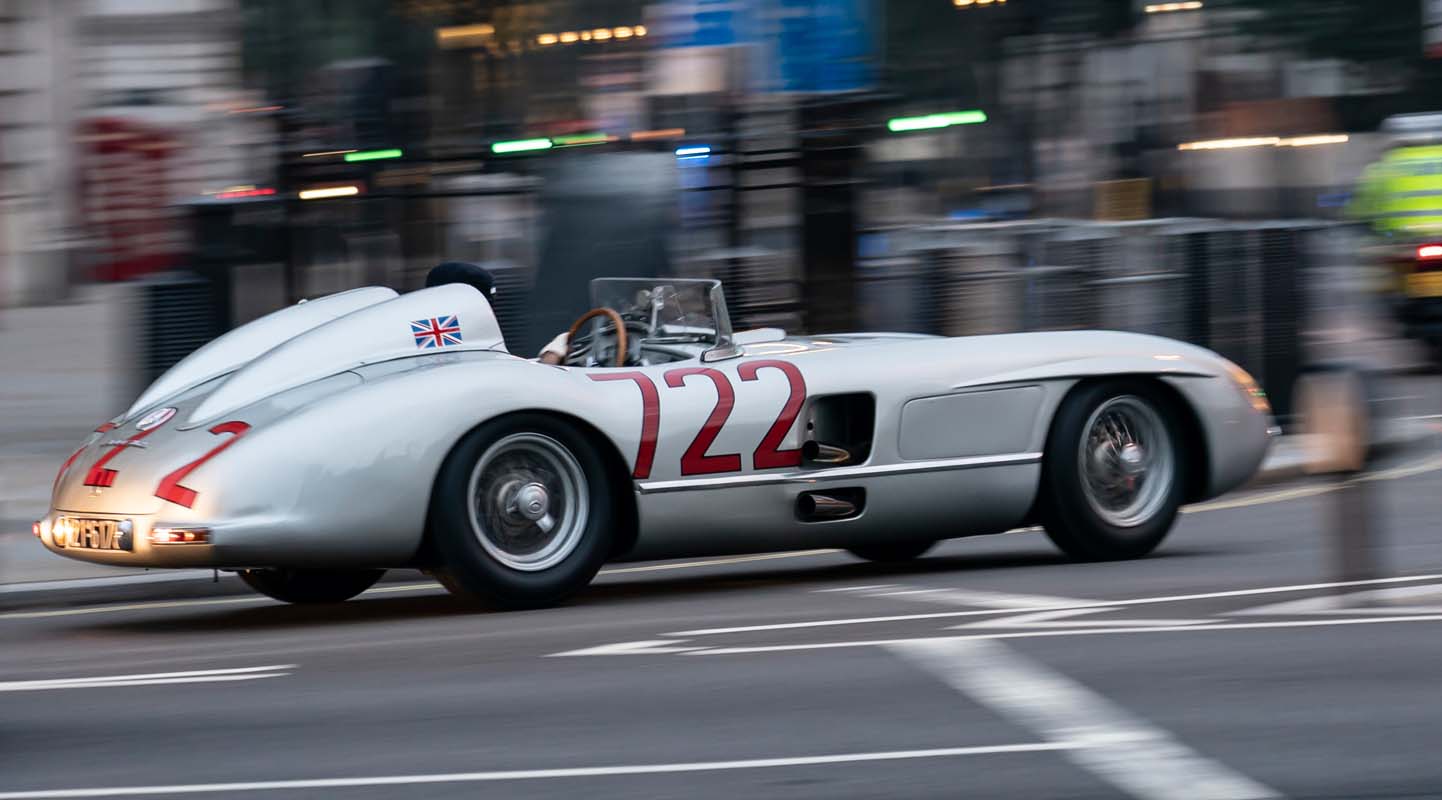 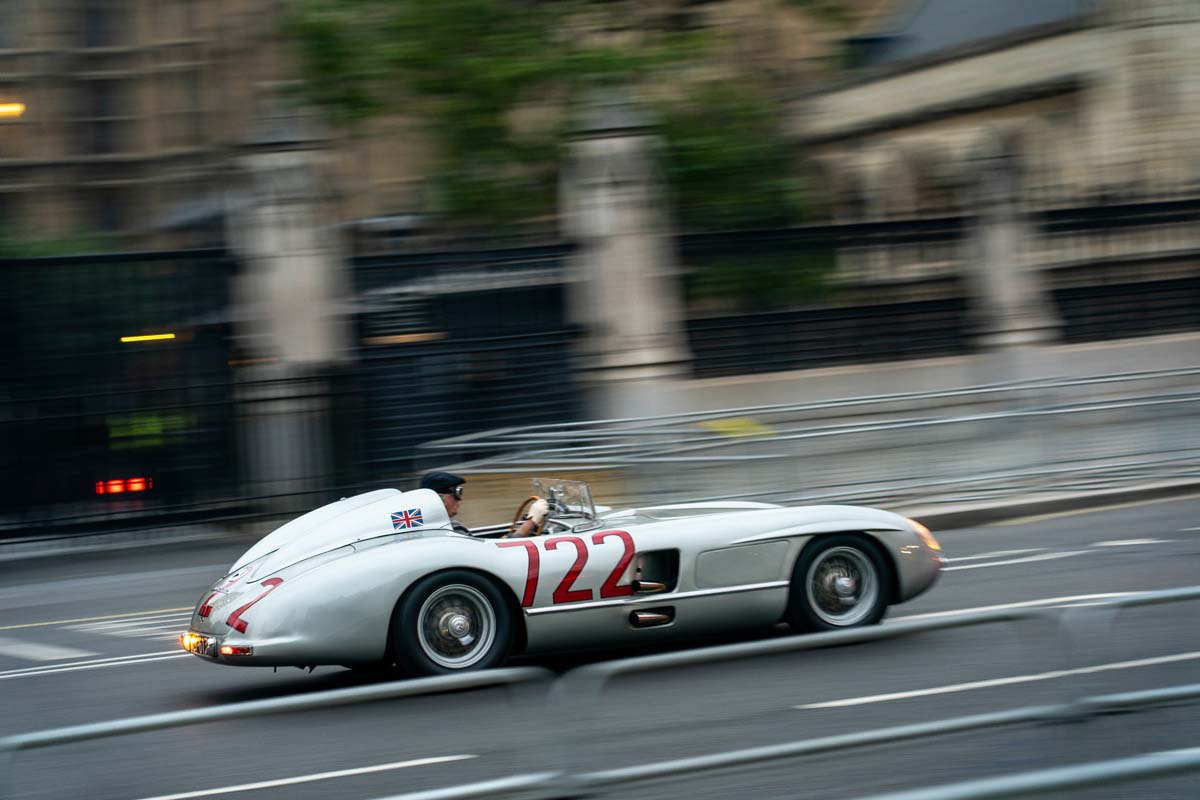 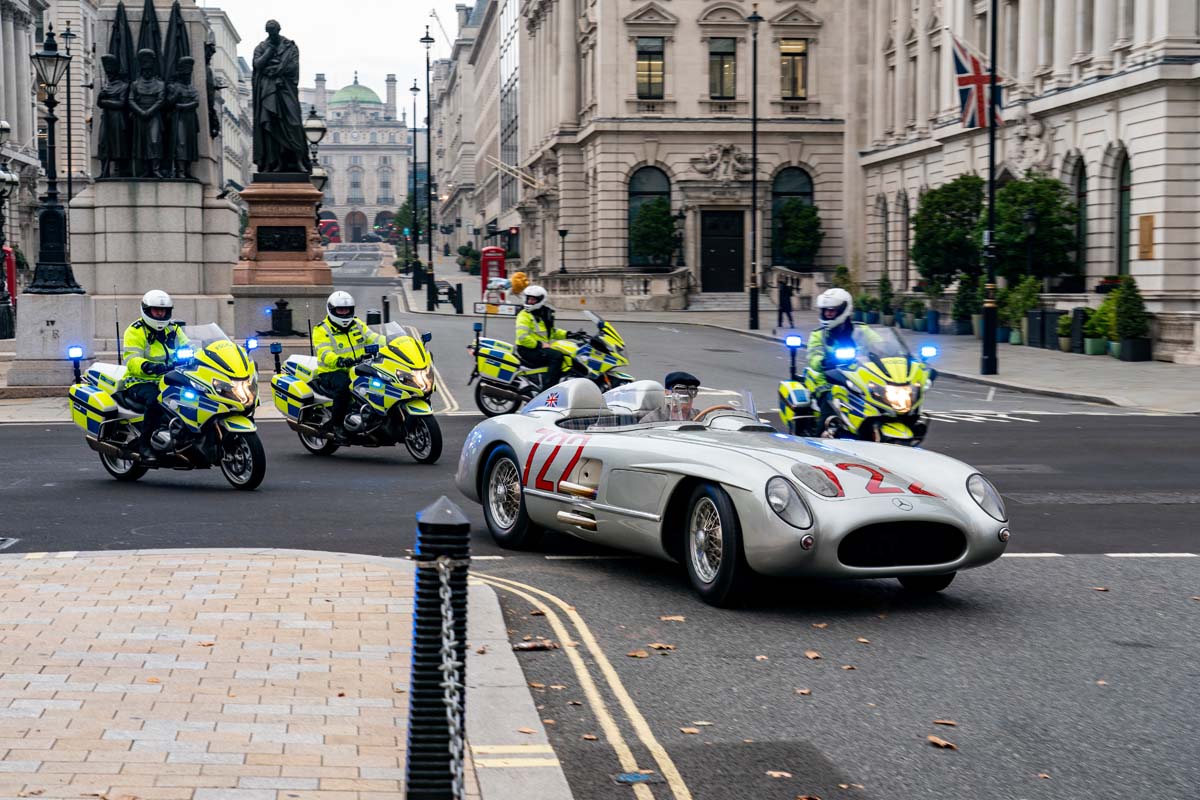 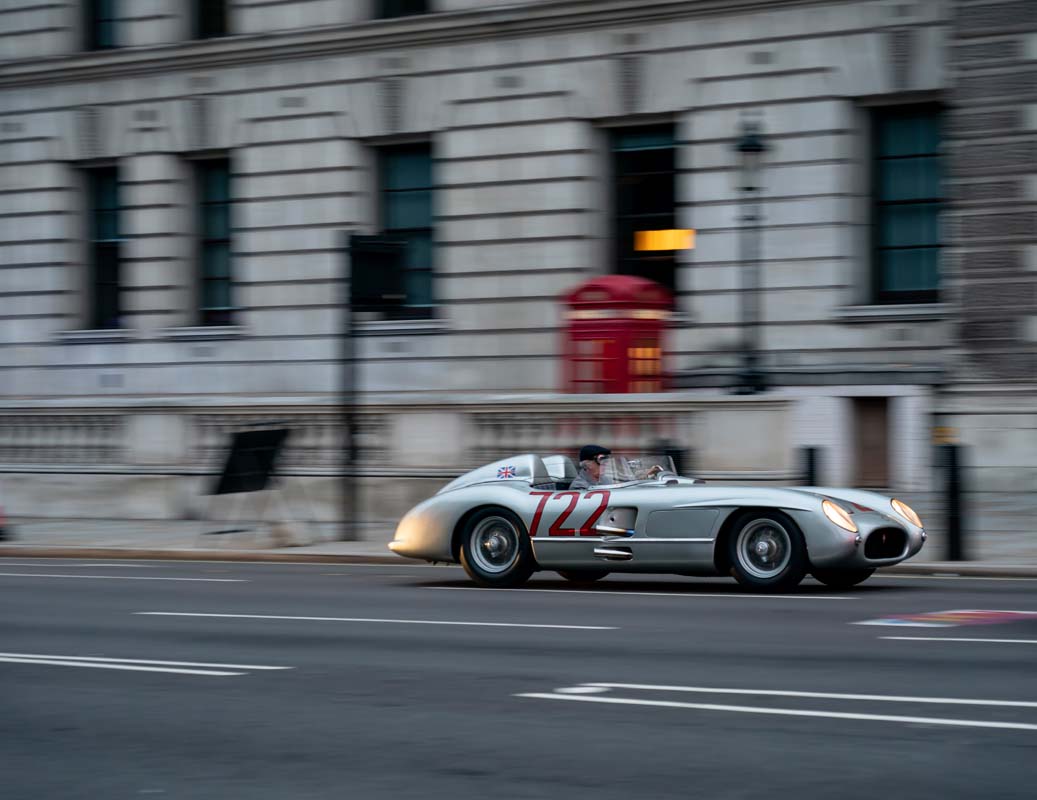 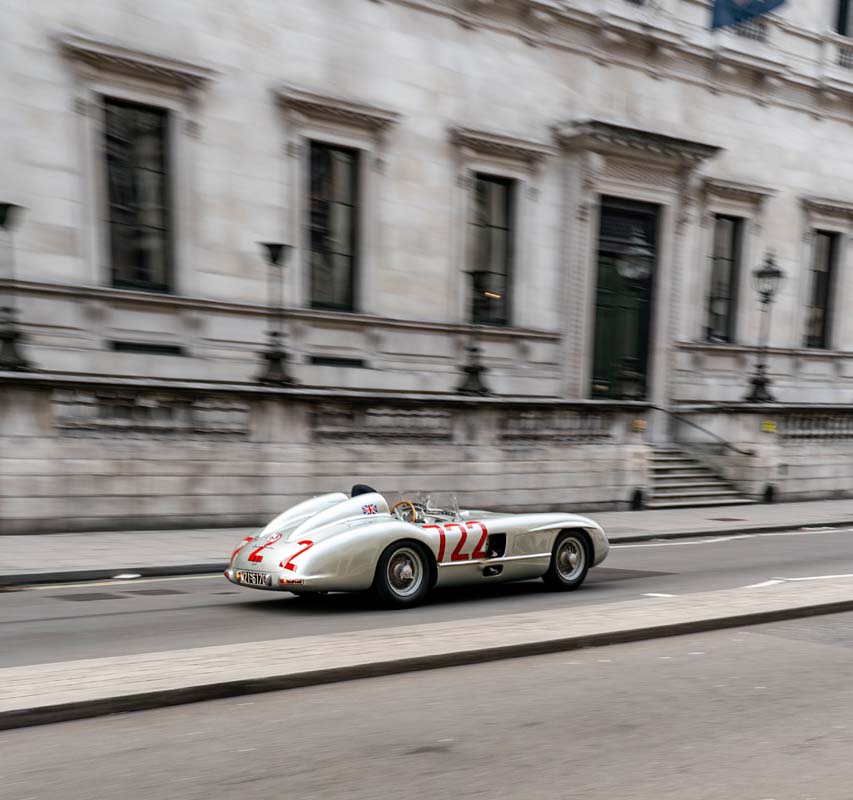 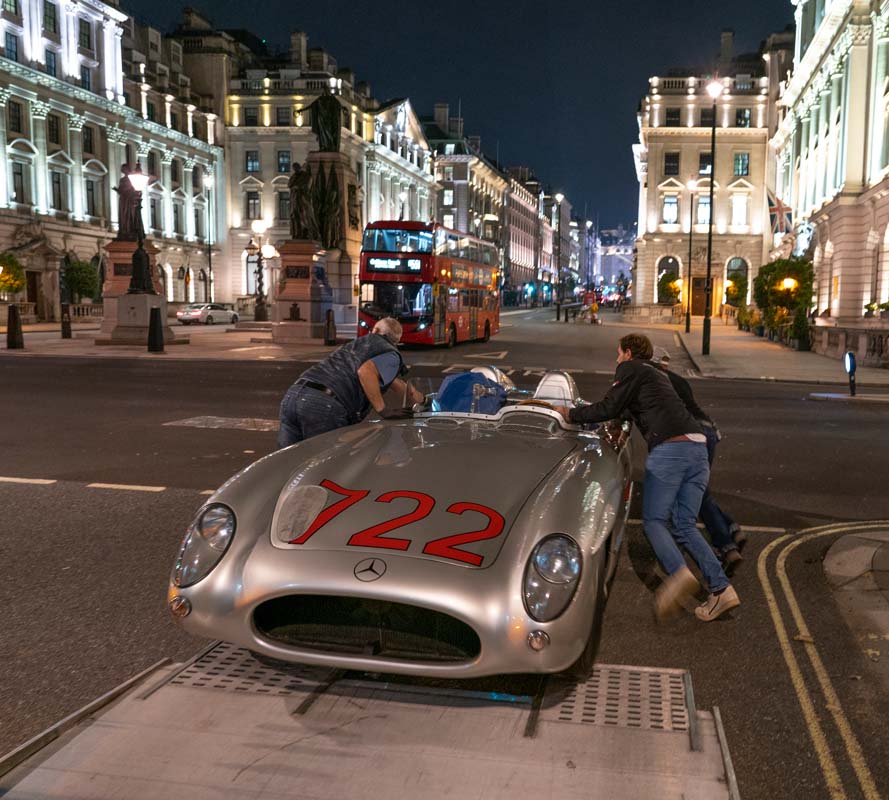 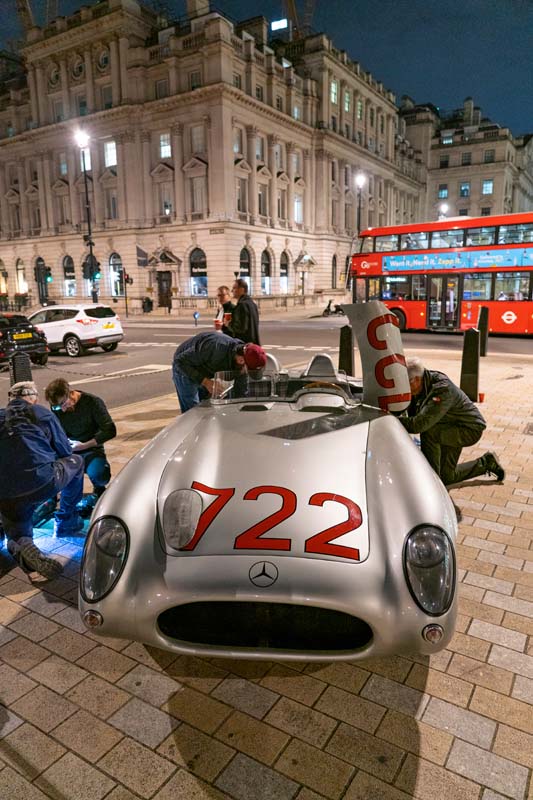 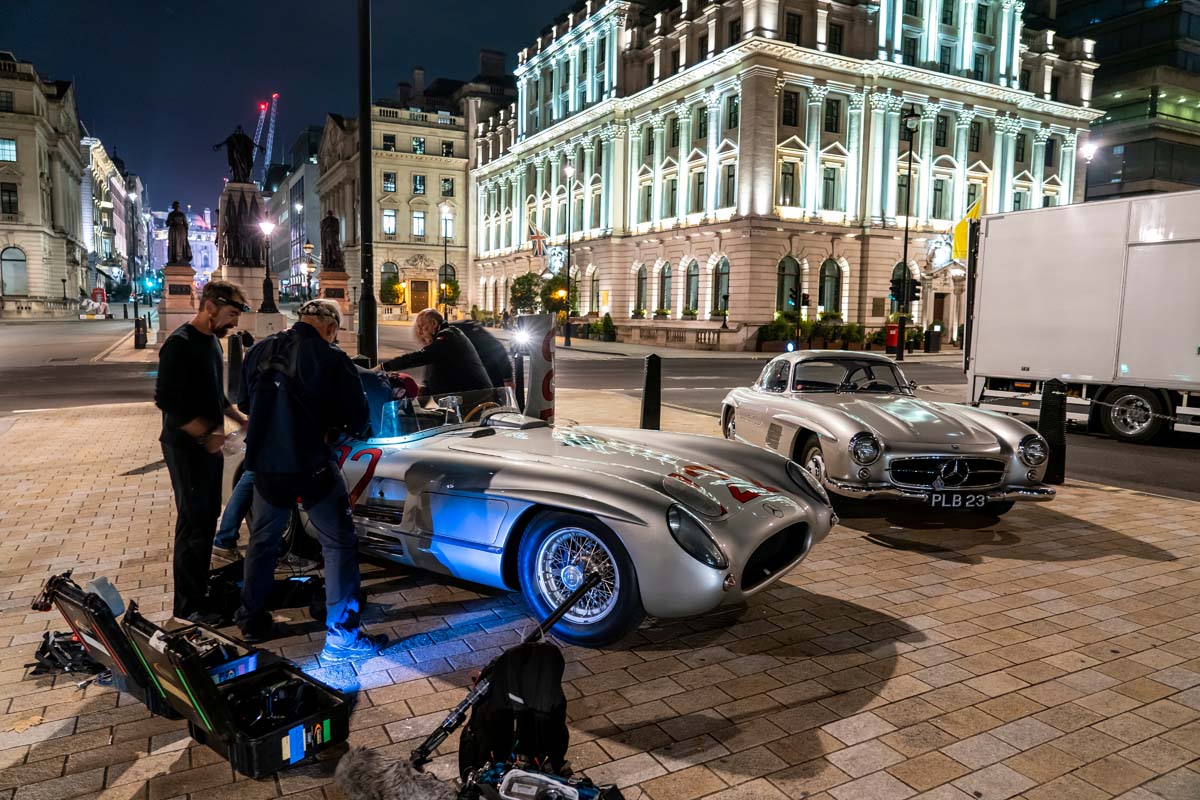 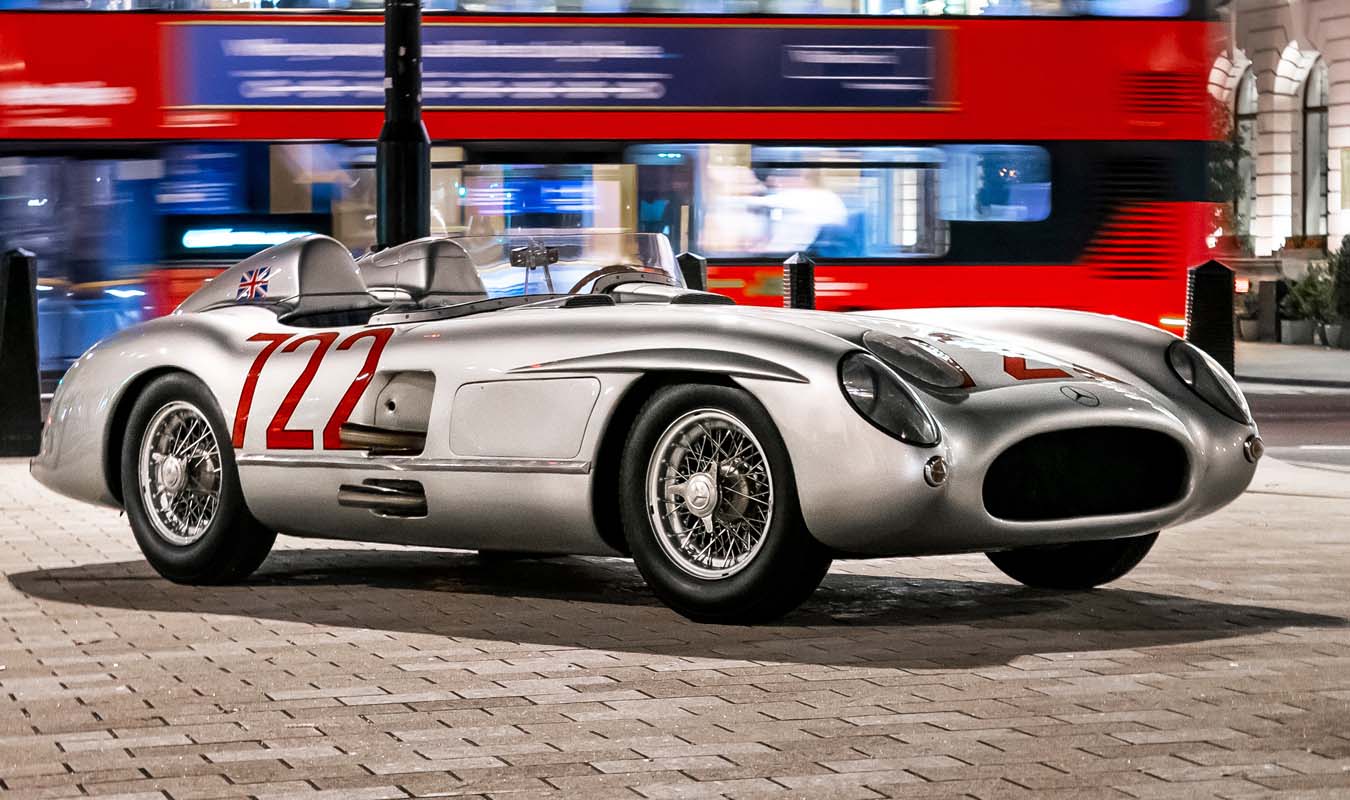 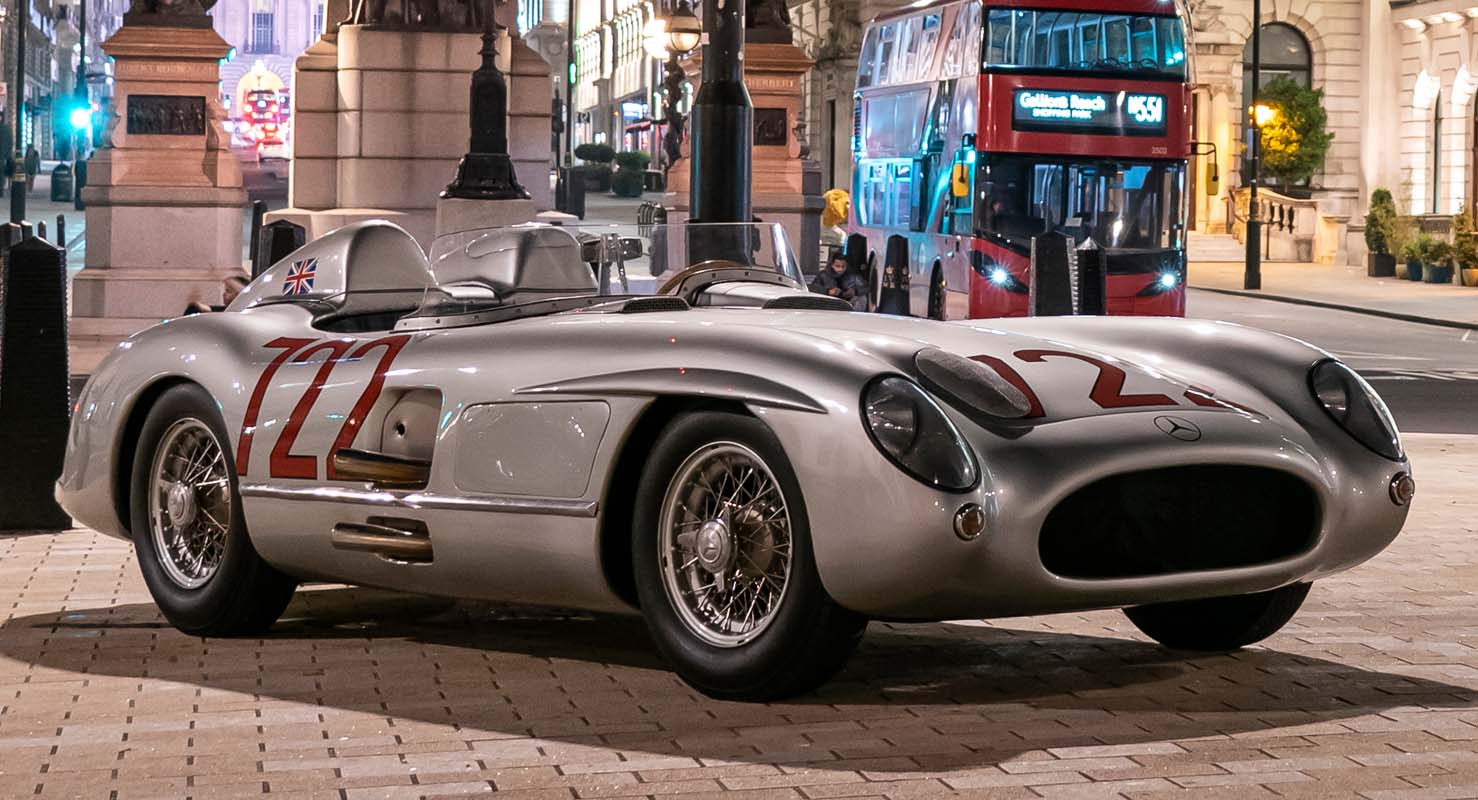 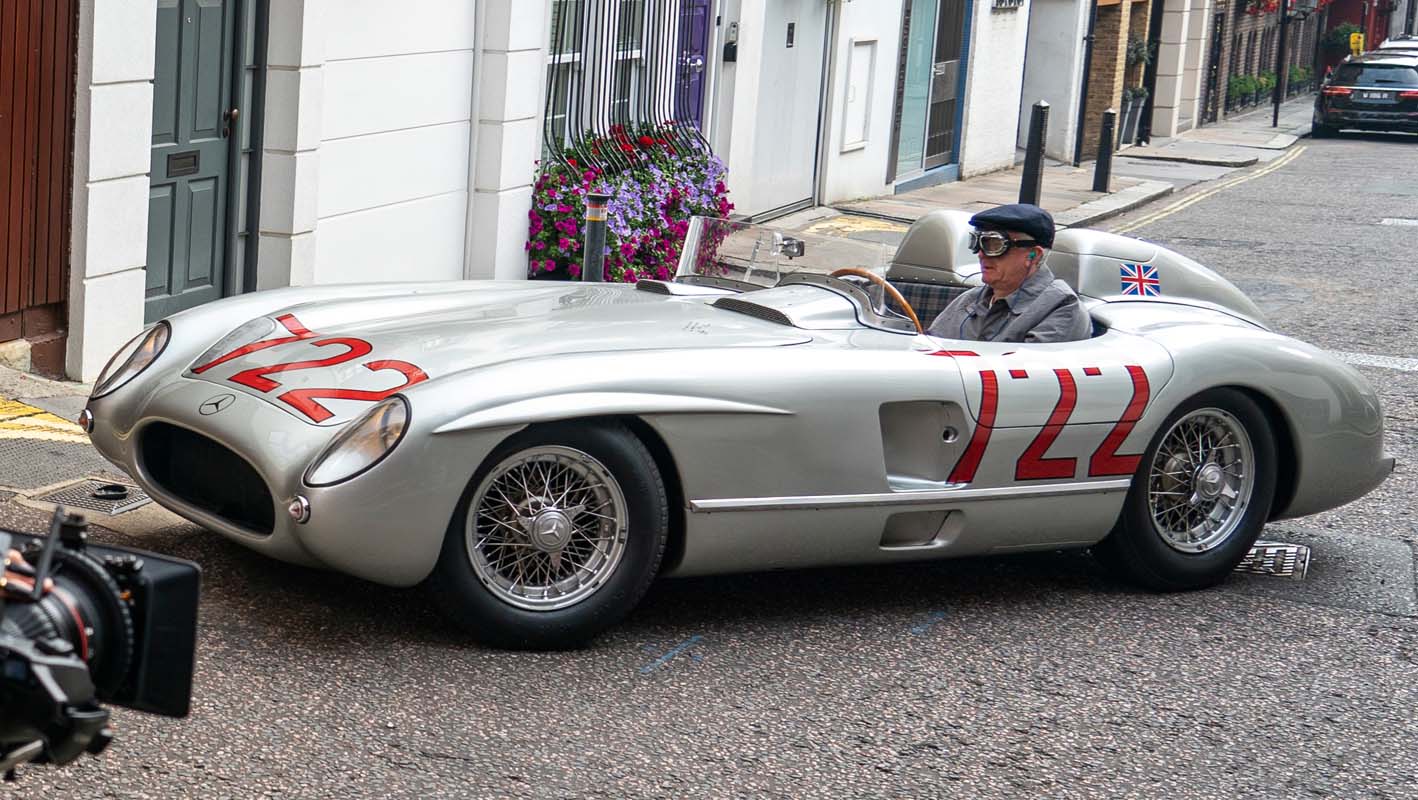 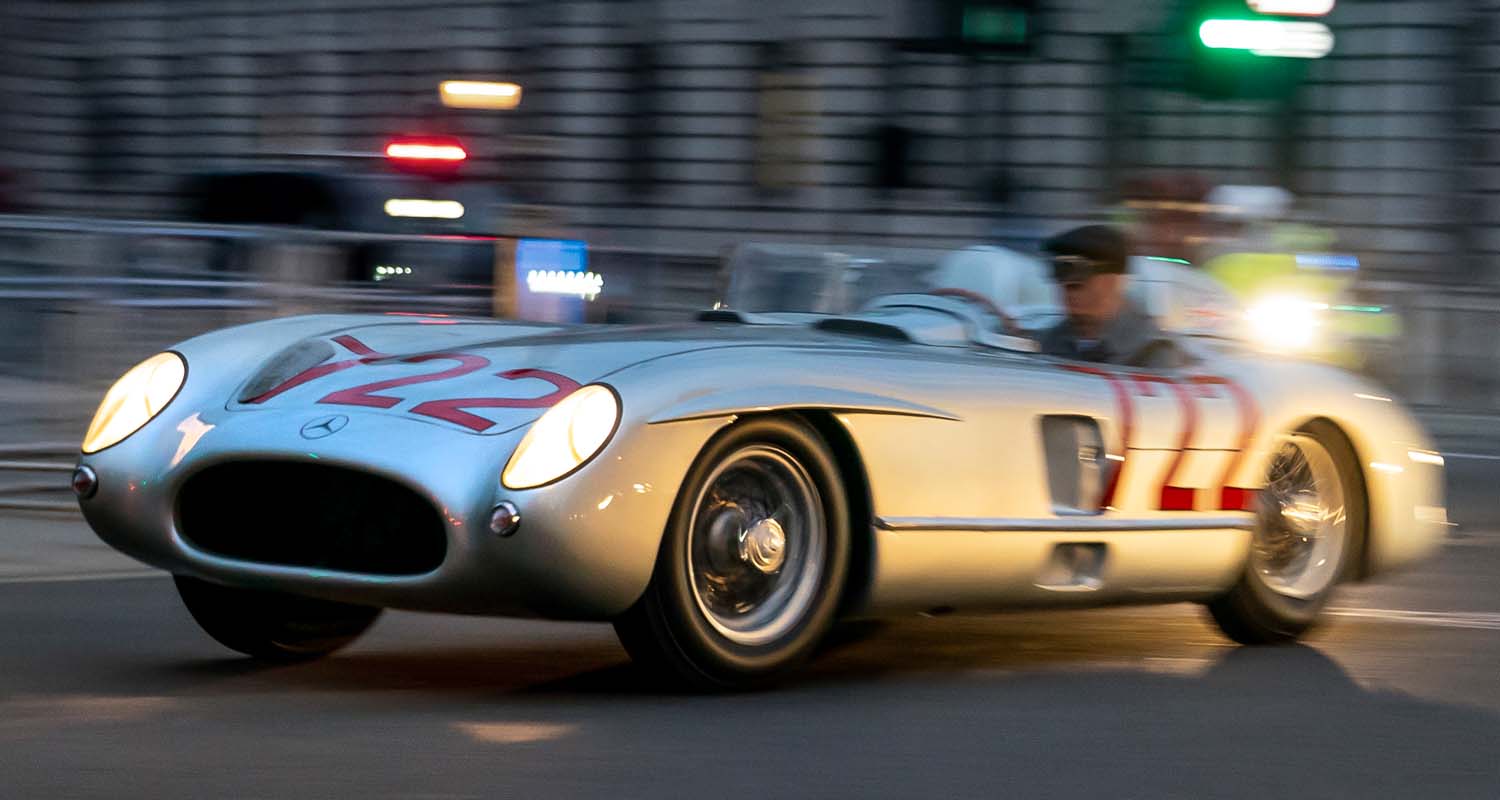 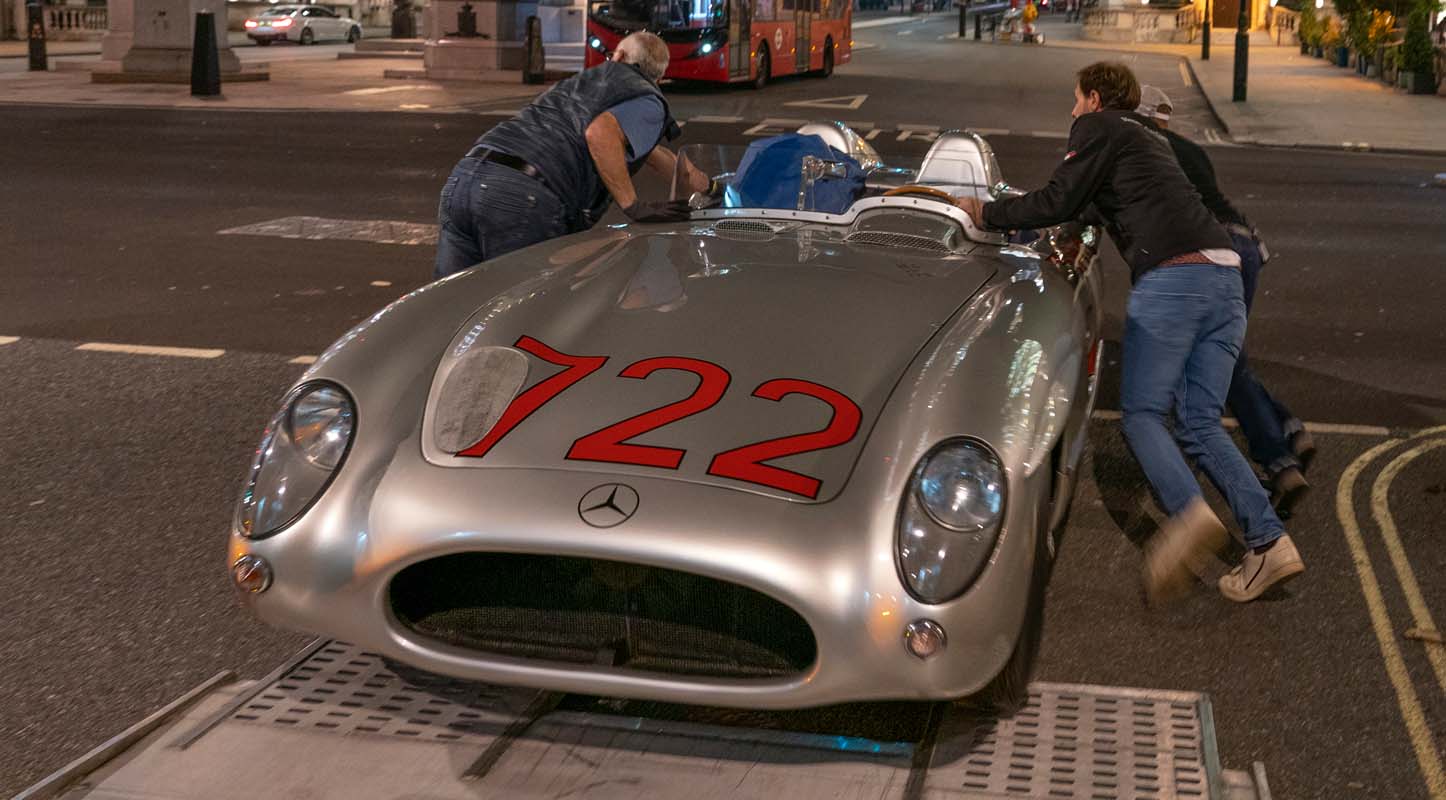 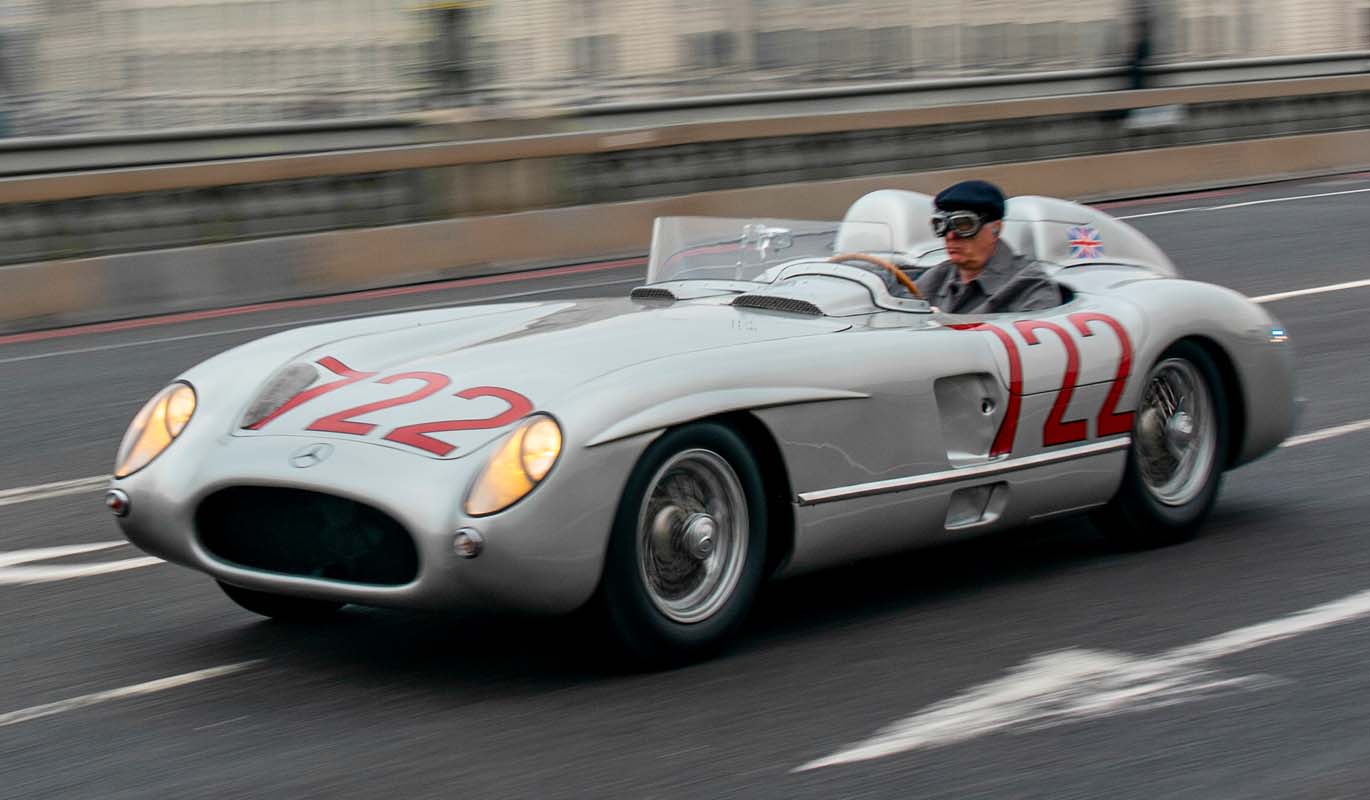 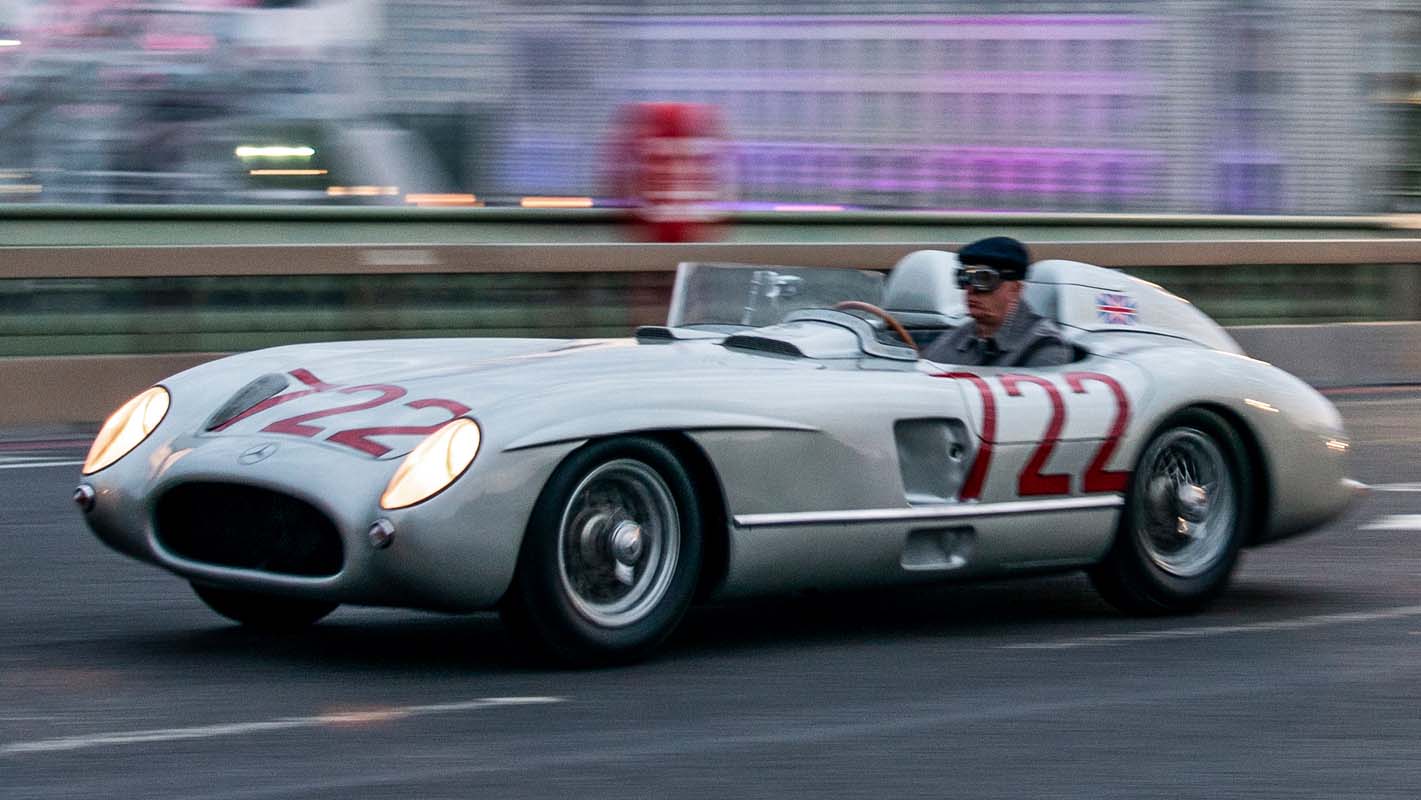 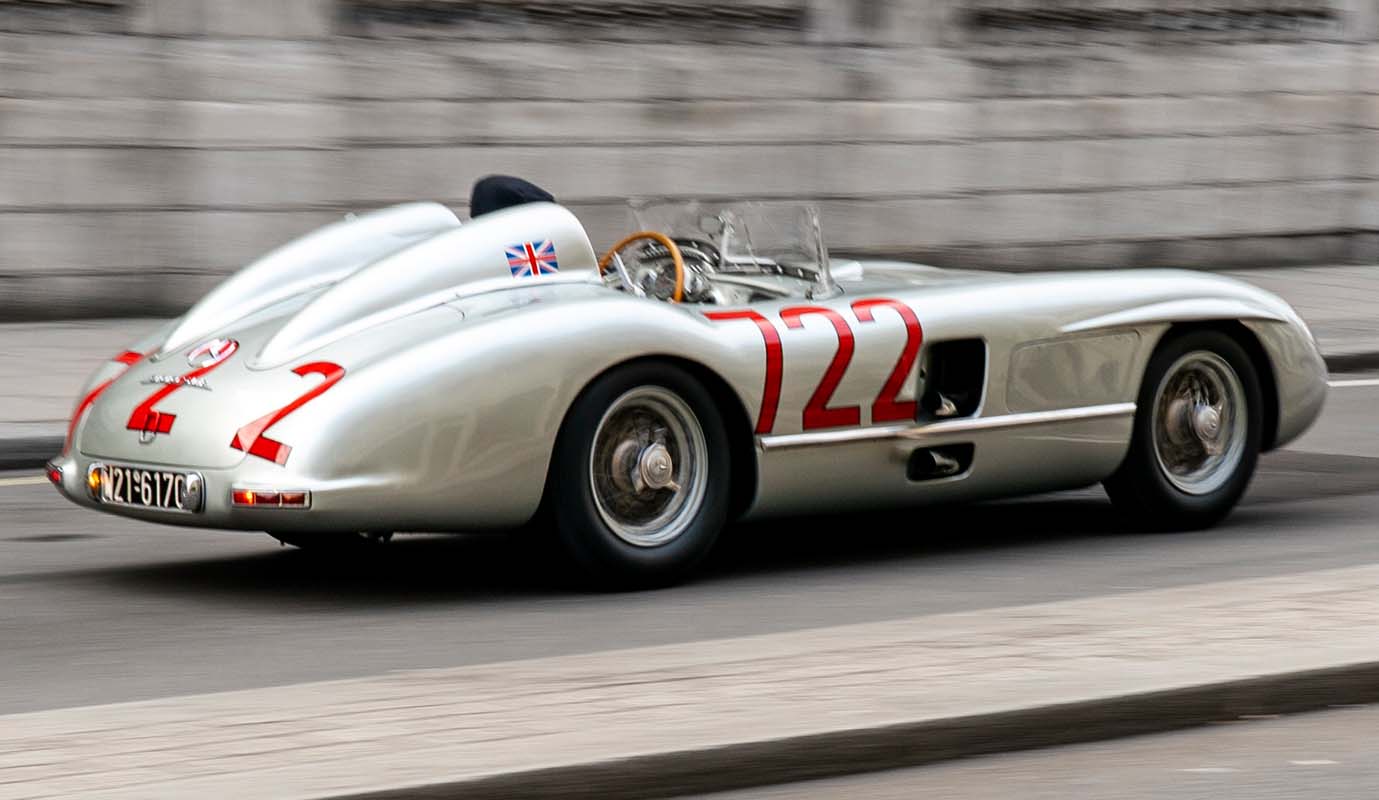 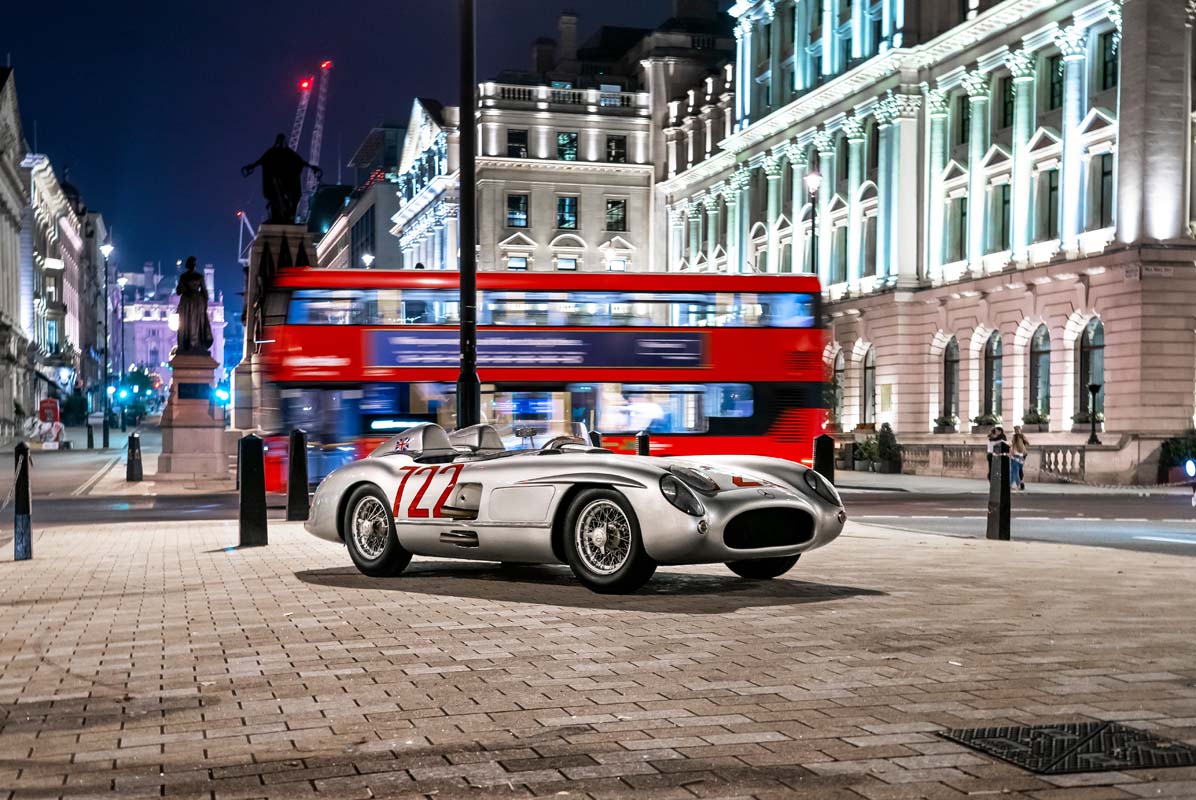 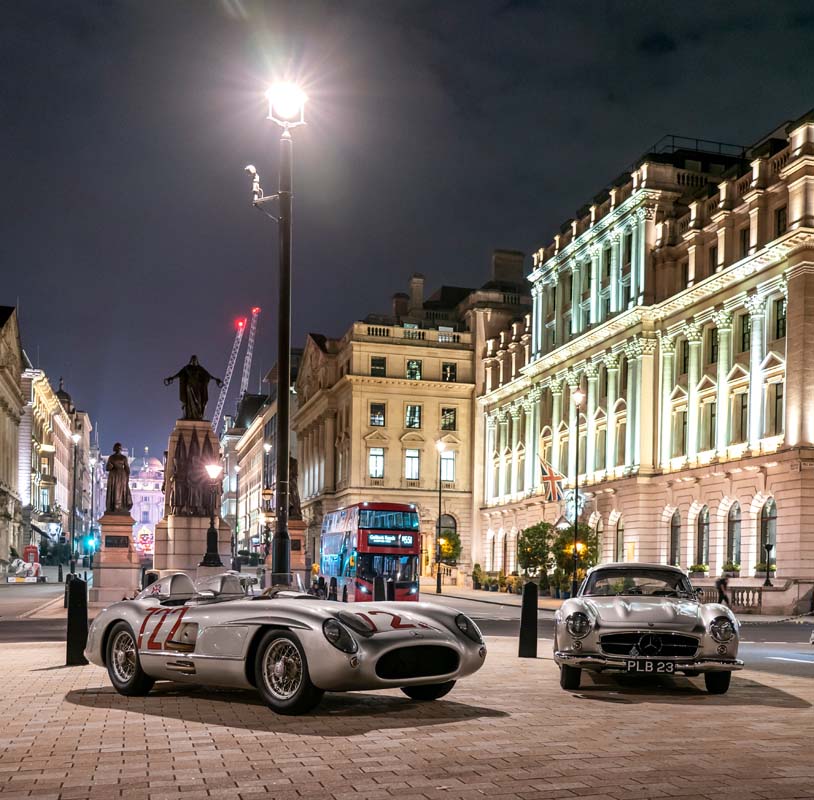 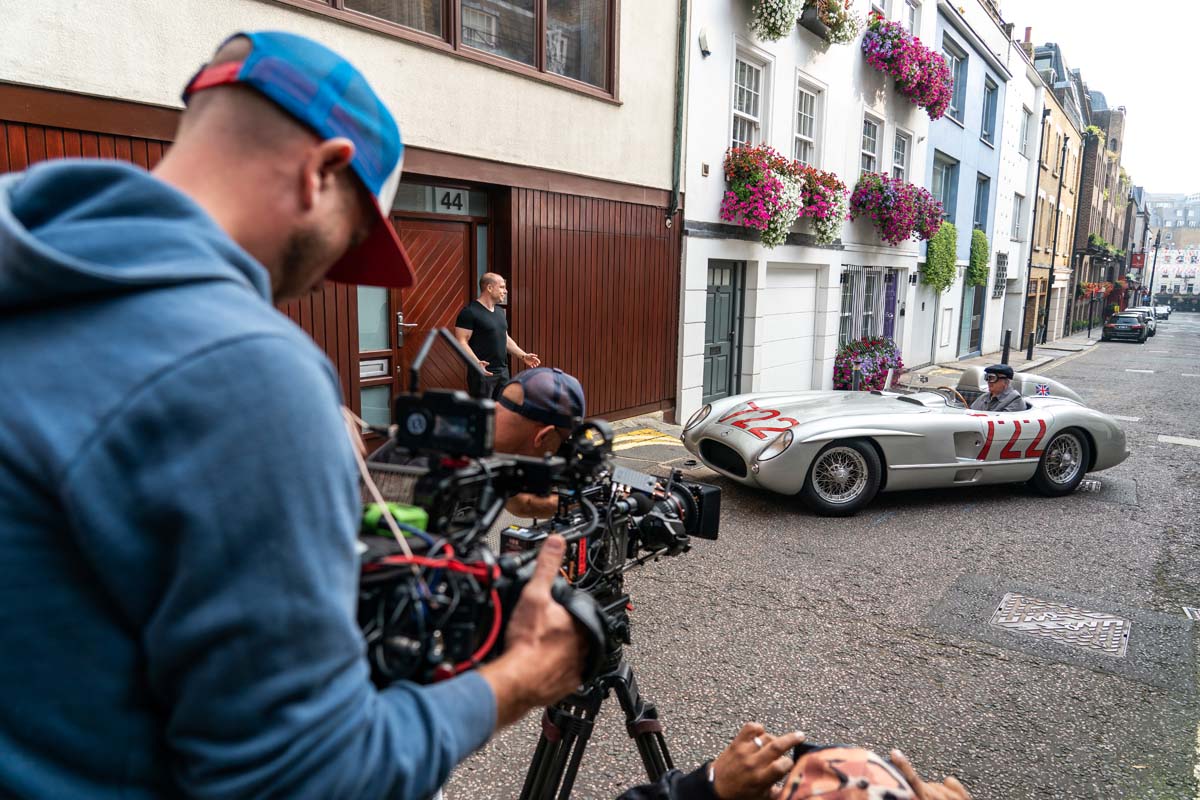 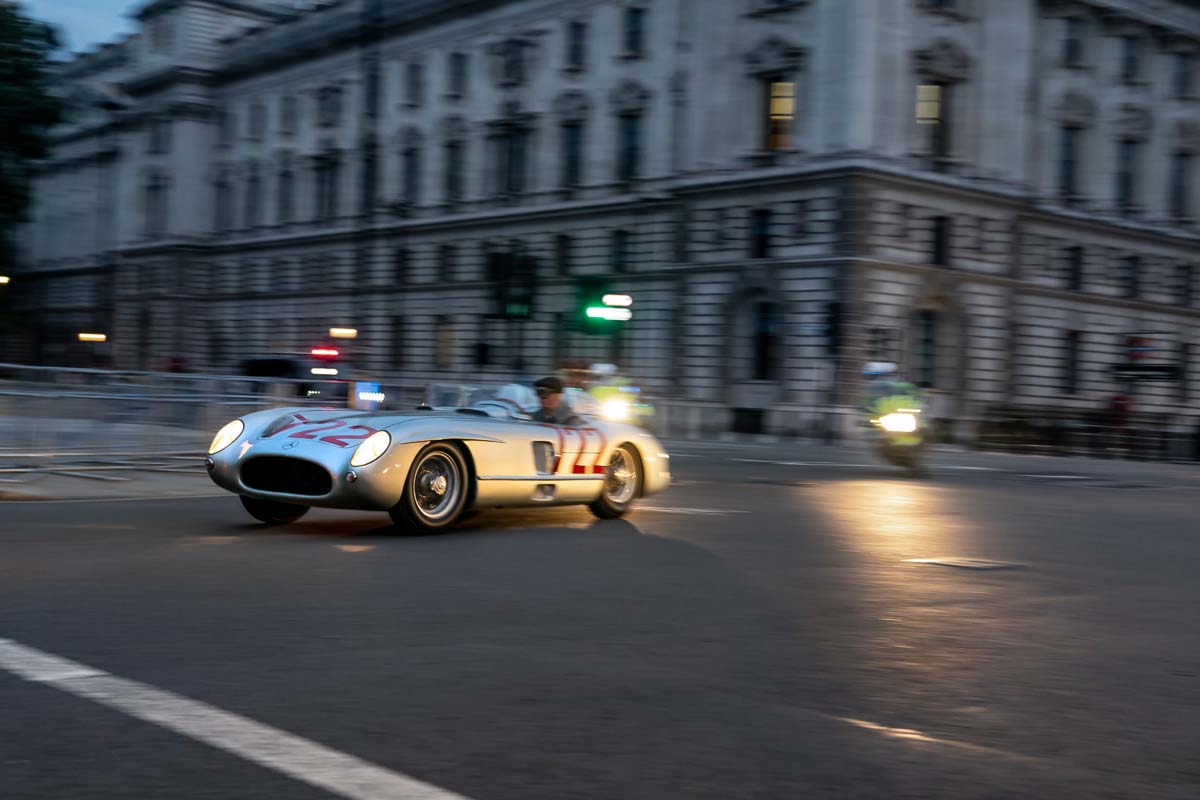 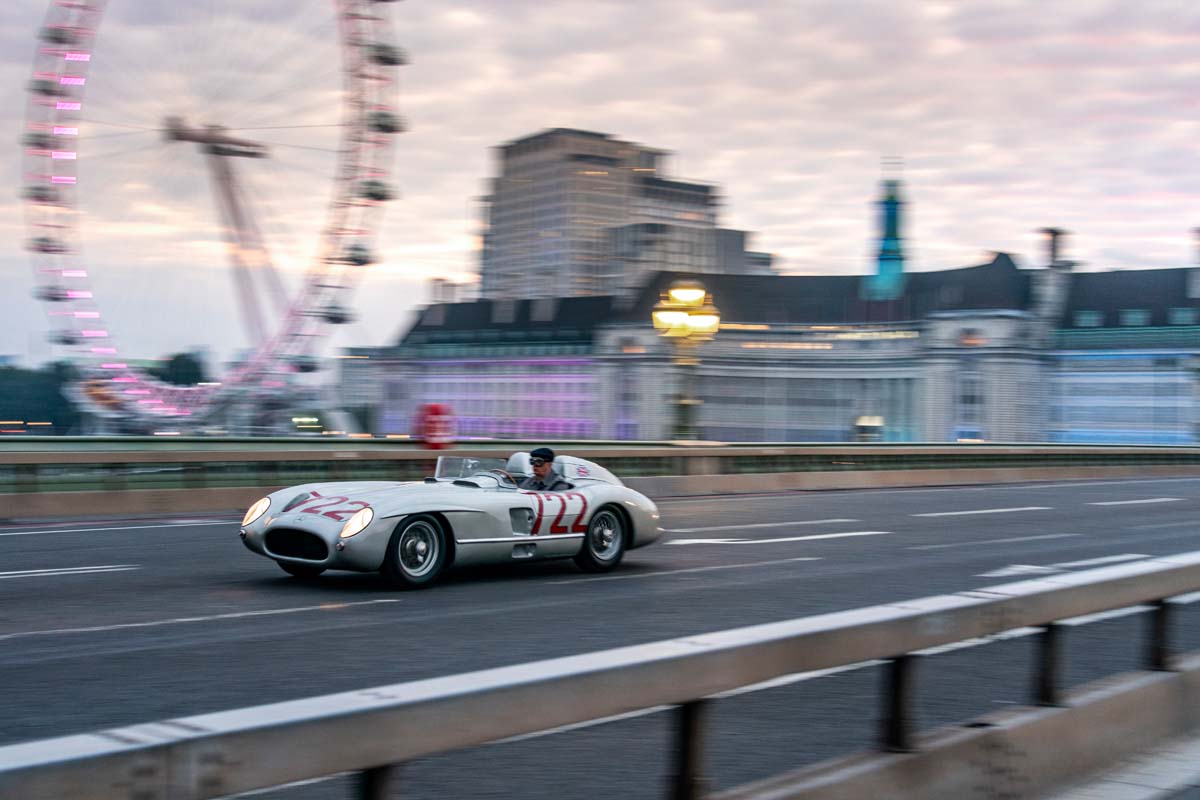