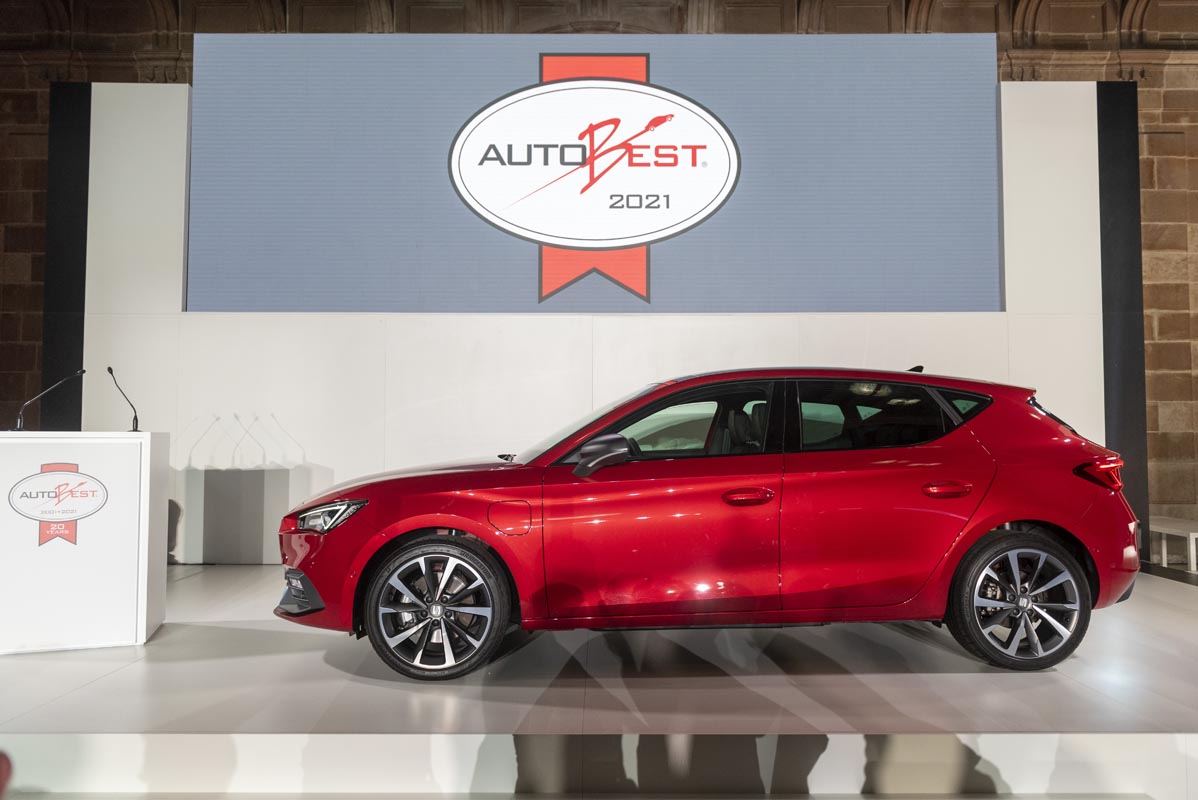 SEAT received the AUTOBEST trophy for the “Best Buy Car of Europe 2021,” won by the SEAT Leon. The 20th edition of the AUTOBEST Gala Awards ceremony took place in Barcelona and brought together over 150 guests from 34 different countries as trophies are handed to the winners.

The AUTOBEST awards garner their significance in part because the jury consists of 32 judges made up of some of the most recognised automotive journalists from all over Europe. It’s the second time in SEAT’s 70 years of history that the company has taken the honour; in 2017 the SEAT Ateca took the same award, highlighting the dedication to developing vehicles that offer something truly exceptional in the market.

Wayne Griffiths, CEO of SEAT and CUPRA said: “Winning the AUTOBEST award for “Best Buy Car of Europe 2021” is the best possible recognition for the team that was involved in the launch of the best Leon ever, a success that has been built on a €1.1 billion investment to help take it to the next level. A car designed, developed and produced in Barcelona; this award gives us renewed strength to look confidently into the future while reinforcing the significance the Leon has in the market. To be able to accept the award in person, on behalf of the entire team is a tribute to the hard work from everyone involved and what better setting than La Llotja del Mar, where great artists such as Gaudí, Miró and Picasso crafted their skills.”

Dan Vardie, Chairman, founder and chairman of AUTOBEST said: “We cannot dream more for our celebration of the 20th Anniversary of the AUTOBEST Gala, probably the most important motoring media event of Europe and the world. SEAT Leon is the AUTOBEST Best Buy Car of Europe, the ultimate accolade in the car industry, giving to the majority of European consumers the best independent, authentic, professional assessment of the best new models coming in Europe. We entrusted Barcelona and Spain as the place of our historic event. We are so happy to be in La Llotja del Mar, a landmark of Barcelona, one of the places making Europe so proud for its heritage. I want to express all our gratitude for all the people who contributed to this fantastic event. Personally, I want to thank Wayne Griffiths, who proved the best host we can dream of!”

All generations of the segment-defining SEAT Leon top 2.4 million units sold, and the car has been the bestseller of the brand since 2014. Maintaining that trajectory required a €1.1 billion investment to help take it to the next level; the SEAT Leon is the most connected, efficient, dynamic and safe generation yet.
Designed, developed and produced in Barcelona, to maintain its standing as not only a core pillar in the brand’s vehicle line-up, but also a standout vehicle in the segment. The SEAT Leon offers greater levels of connectivity, making it the brand’s first fully connected car, but it doesn’t end there. A suite of petrol (TSI), diesel (TDI), Compressed Natural Gas (TGI), mild-hybrid (eTSI), and plug-in hybrid (e-HYBRID) powertrain options give drivers a vehicle that matches their lifestyle needs.

Add the integration of the latest driver assistance systems available, and the SEAT Leon is one of the best in its category. Reinforced by the five stars accomplished in the 2020 Euro NCAP tests.

The AUTOBEST Award is among the most prestigious in Europe and has run consecutively since their inception in 2001. The 32 journalists who make up the awarding panel had the possibility to test drive the range of SEAT Leon powertrains – including the plug-in hybrid version – during the final, celebrated in Austria at the beginning of November 2020. 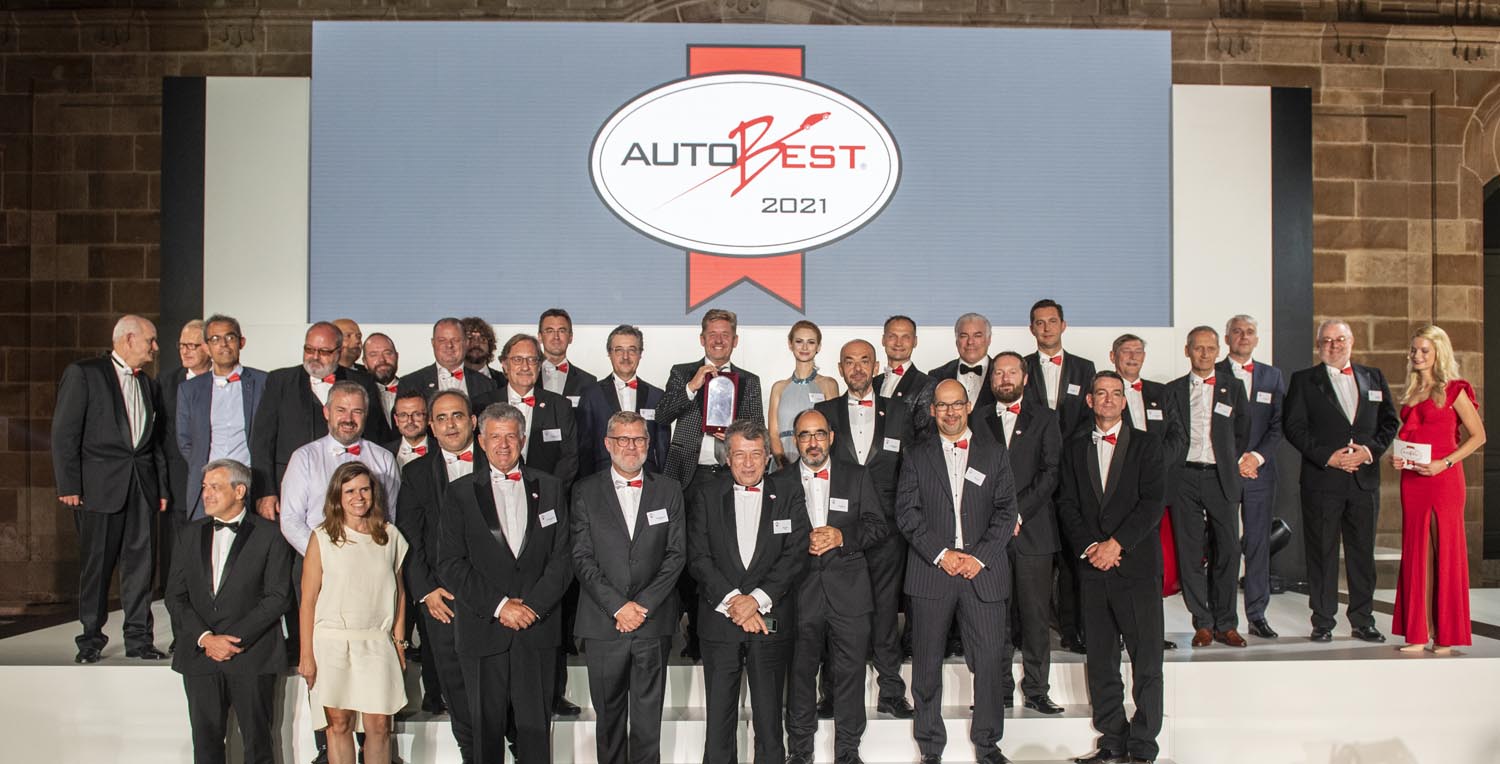 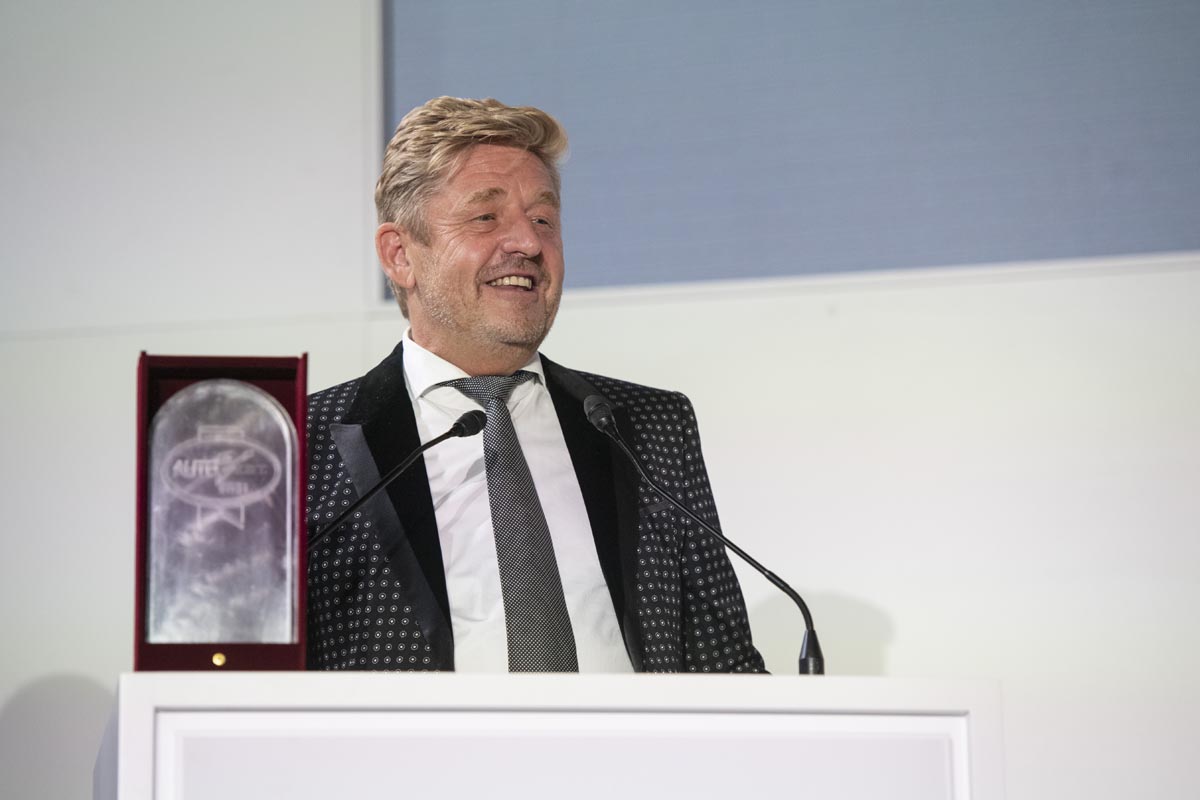 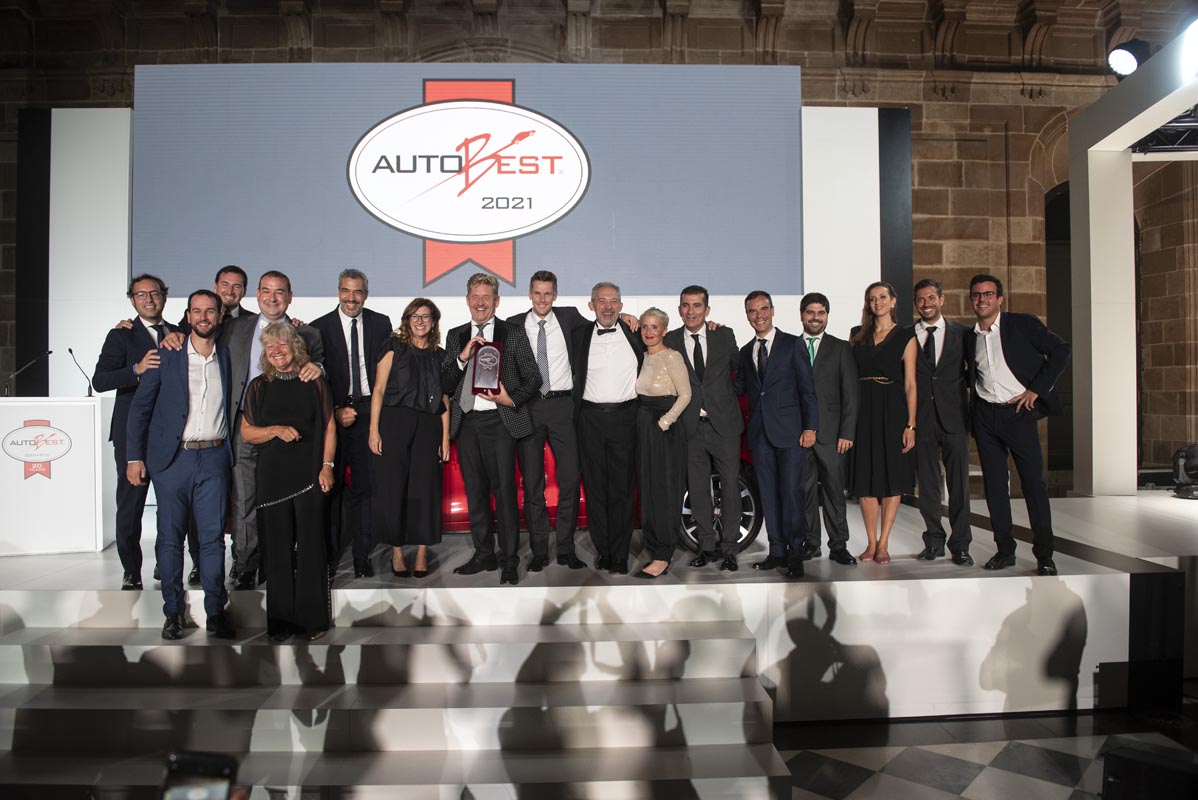 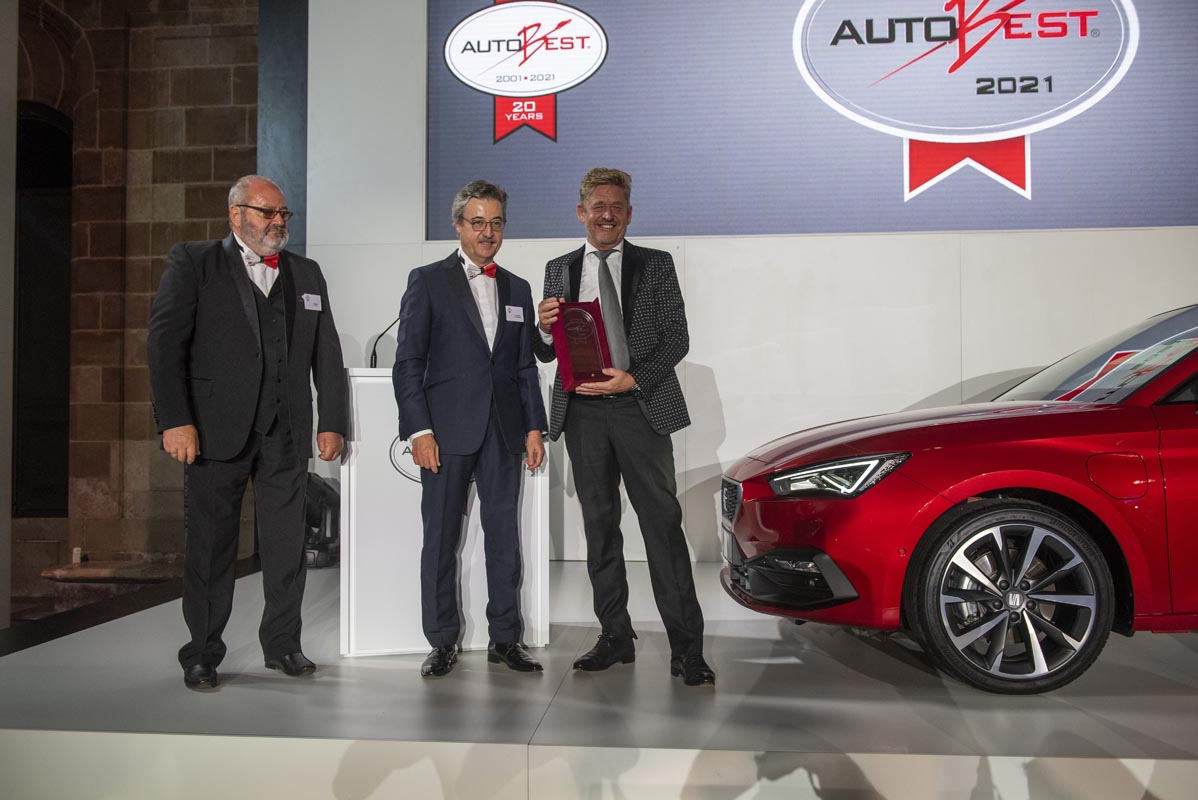 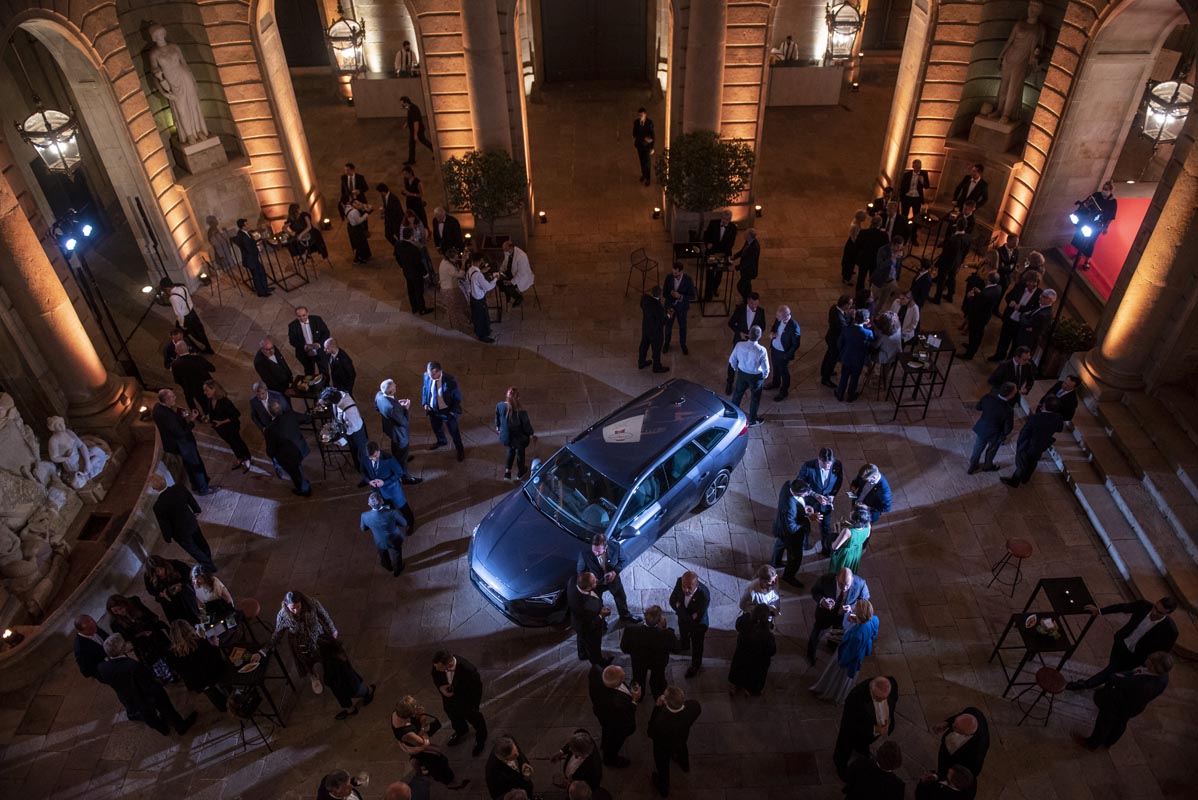