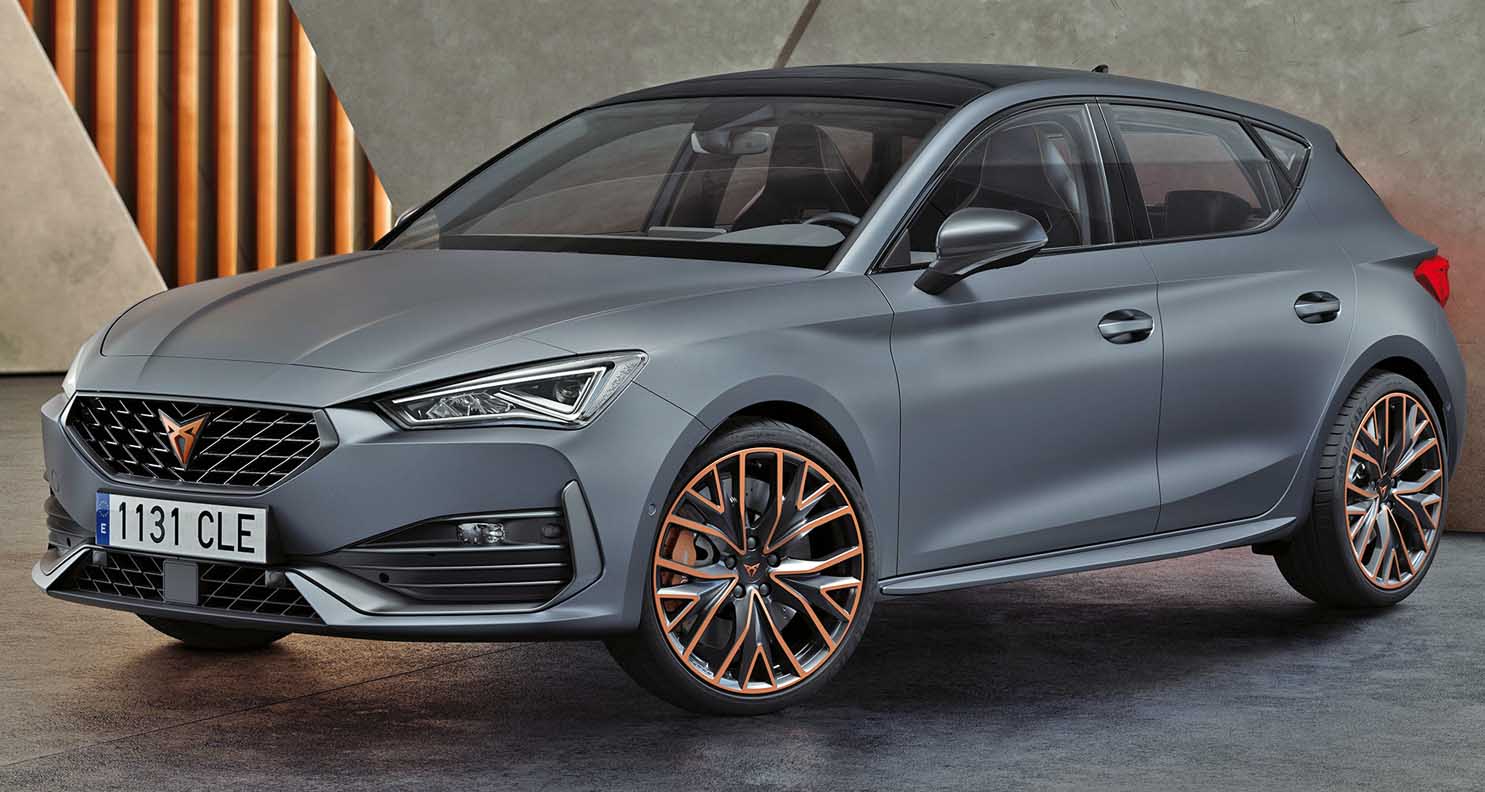 The CUPRA Leon is a key pillar of the standalone brand and is leading the charge as CUPRA shifts to an electrified future. Last year, the king of Leons was born electrified as the first version launched to the market was the e-HYBRID powertrain.

The start of production of the 204PS CUPRA Leon e-HYBRID – joining the 245PS e-HYBRID variant – marks the acceleration of the change to alternative powertrain technology and shows that electrification and performance are the perfect match, delivering the optimum balance between dynamics and efficiency.

“The CUPRA Leon e-HYBRID is destined to become an incredibly important vehicle for the brand as we head towards an electrified future,” said Wayne Griffiths, President of CUPRA and SEAT. “The CUPRA Leon will help double the brand’s overall sales volume in 2021. And our ambition is that the CUPRA Leon plug-in hybrid variants account for more than half of the model sales this year.”

The 204PS CUPRA Leon e-HYBRID is the next stage of the brand’s electrification. At its centre is a 150PS (110kW) 1.4-litre TSI petrol engine, linked to a 115PS (85kW) electric motor with power stored in a 13kWh lithium-ion battery pack. In combination the system provides 204PS (150kW) of peak power and 350Nm of torque.

The powertrain output is delivered smoothly thanks to the six-speed DSG dual-clutch transmission, allowing for eco-conscious performance. The CUPRA Leon e-HYBRID reaches 100km/h in just 7.5 seconds, with a top speed of 220km/h.

And when pace isn’t a necessity the driver can use the vehicle’s electric-only range of up to 63km based on the official WLTP test cycle to glide through urban streets. When the battery needs recharging, it can be done in as little as three and a half hours using a 3.6kW Wallbox (or around five hours from 230V domestic plug).

Thanks to its mix of combustion and electric, tailpipe emissions are just 26-29g/km based on the WLTP.

Available in both 5-door and Sportstourer, the 204PS CUPRA e-HYBRID joins the 245PS e-HYBRID variant and enters production this week at the brand’s Martorell headquarters. 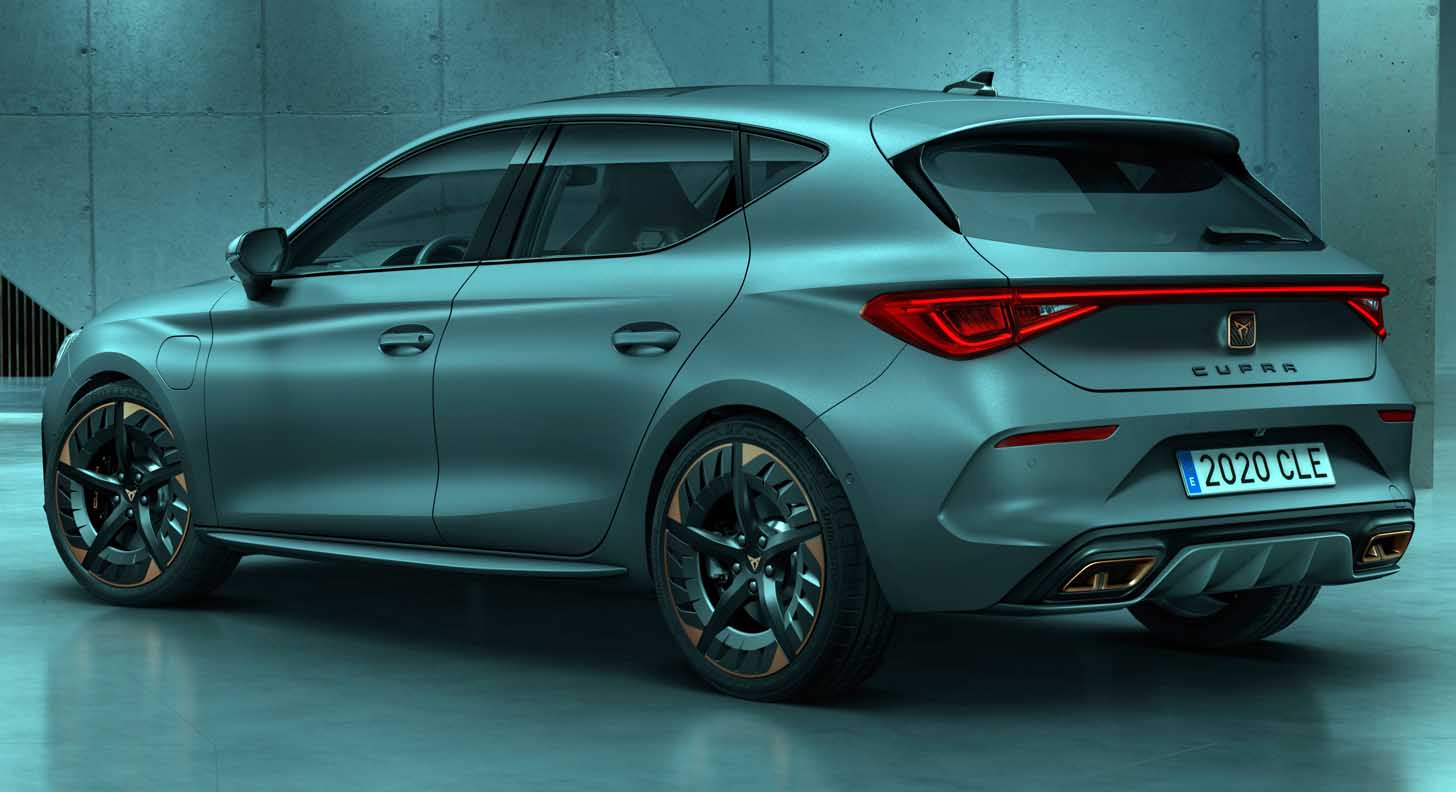 The king of Leons ramps up its offering with the production start of the CUPRA Leon 5-door with the front-wheel drive 2.0 TSI 300PS DSG.

The CUPRA Leon is equipped with a four-cylinder, turbocharged, direct-injection 2.0-litre engine linked to a 7-speed DSG automatic transmission. It delivers a maximum power output of 300PS (221kW) and 400Nm of torque delivered to the front wheels. The increase in power means the CUPRA Leon can reach 100km/h in just 5.7 seconds and has a limited top speed of 250km/h.

But even with the high power available, control is assured. The CUPRA Leon 2.0 TSI 300PS integrates a limited-slip differential (VAQ), which offers greater control even when driving with more spirit. The system distributes torque across the front axle using an electronically controlled clutch system.

But it doesn’t stop there. The king of Leons has received an even bigger injection of performance as the 310PS (228kW) engine, available exclusively in Sportstourer form.  One of the most astonishing vehicles to come off the production line, it mixes its power with a DSG transmission and 4Drive technology.

The 4Drive technology constantly tracks the vehicle and driver inputs to deliver power to the correct wheel at the precise time it’s needed, and it’s an engine and drivetrain combination that can push the CUPRA Leon to 100km/h in just 4.9 seconds and a limited top speed of 250km/h. 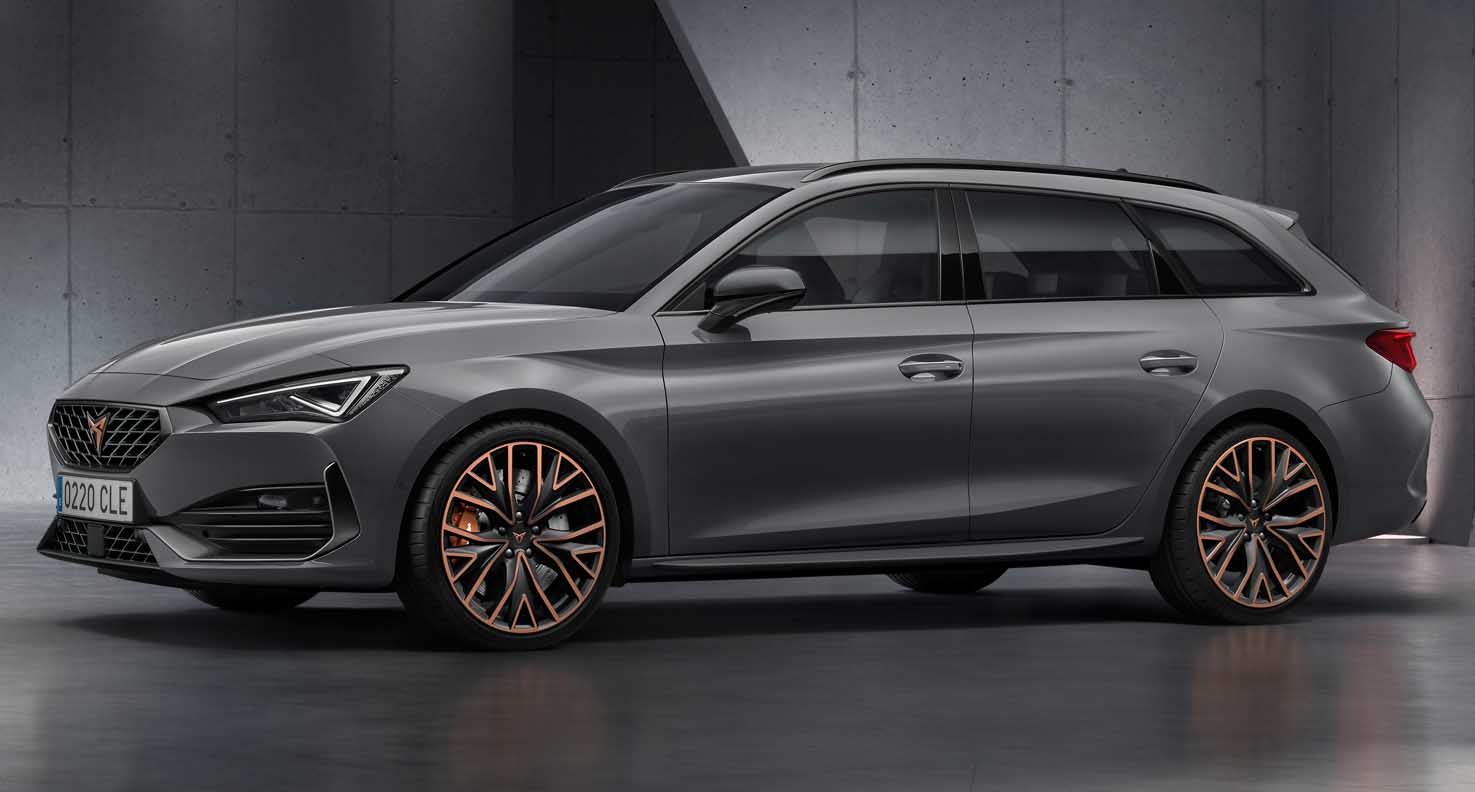 The CUPRA Leon’s dynamics can be changed with different driver profiles: Comfort, Sport, CUPRA and Individual, giving the CUPRA Leon a breadth of abilities seen in few other vehicles in the segment. And thanks to the DCC slider, you can select precisely the setup you want (individual mode).

And it isn’t only the reassurance from the chassis that makes the CUPRA Leon an involving drive, Brembo brakes (optional) mean that dynamics are as intuitive when entering a corner as when exiting.

These versions will be joined in the second quarter of 2021 by a 2.0 TSI 245PS (5-door and Sportstourer) and a 2.0 TSI 300PS DSG front-wheel drive (Sportstourer), expanding its offering even further. 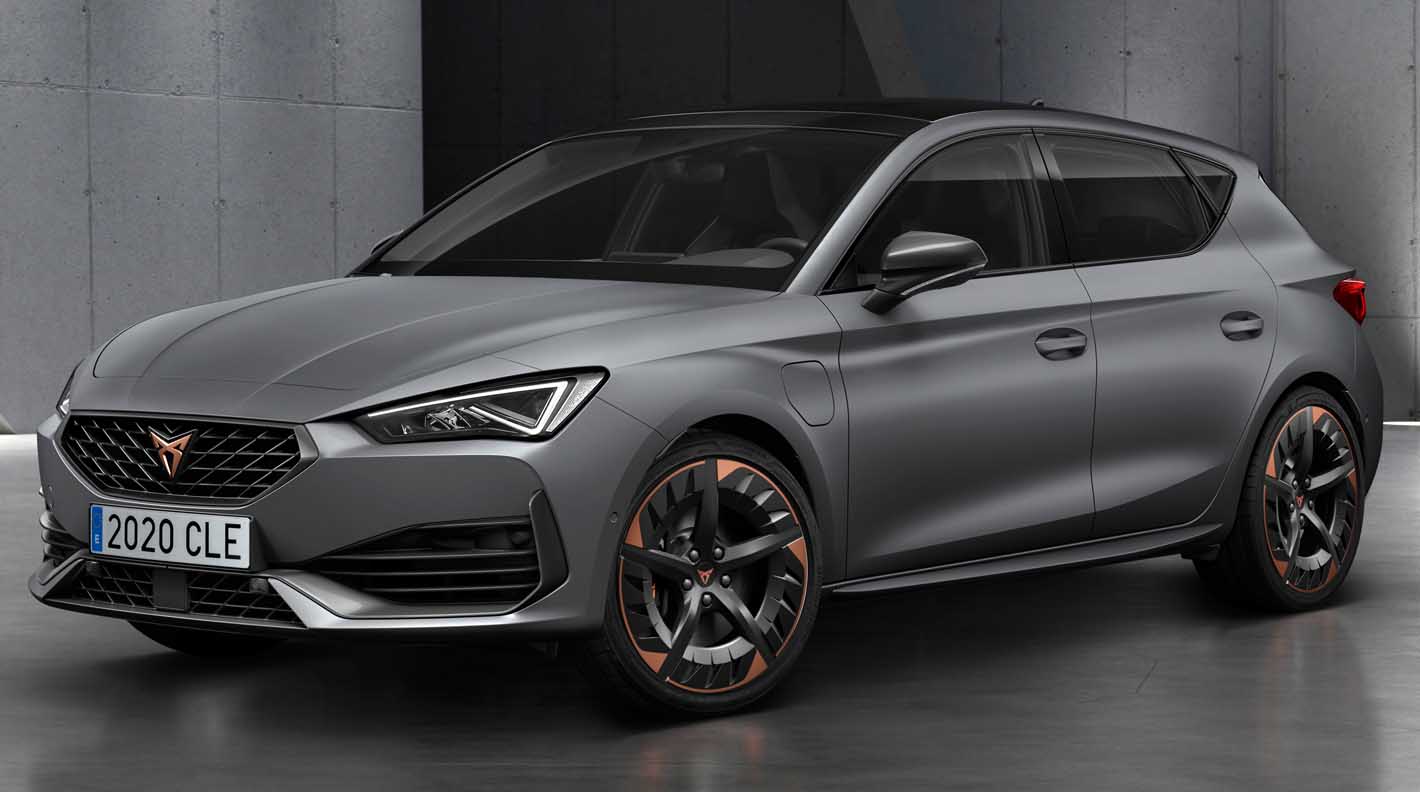 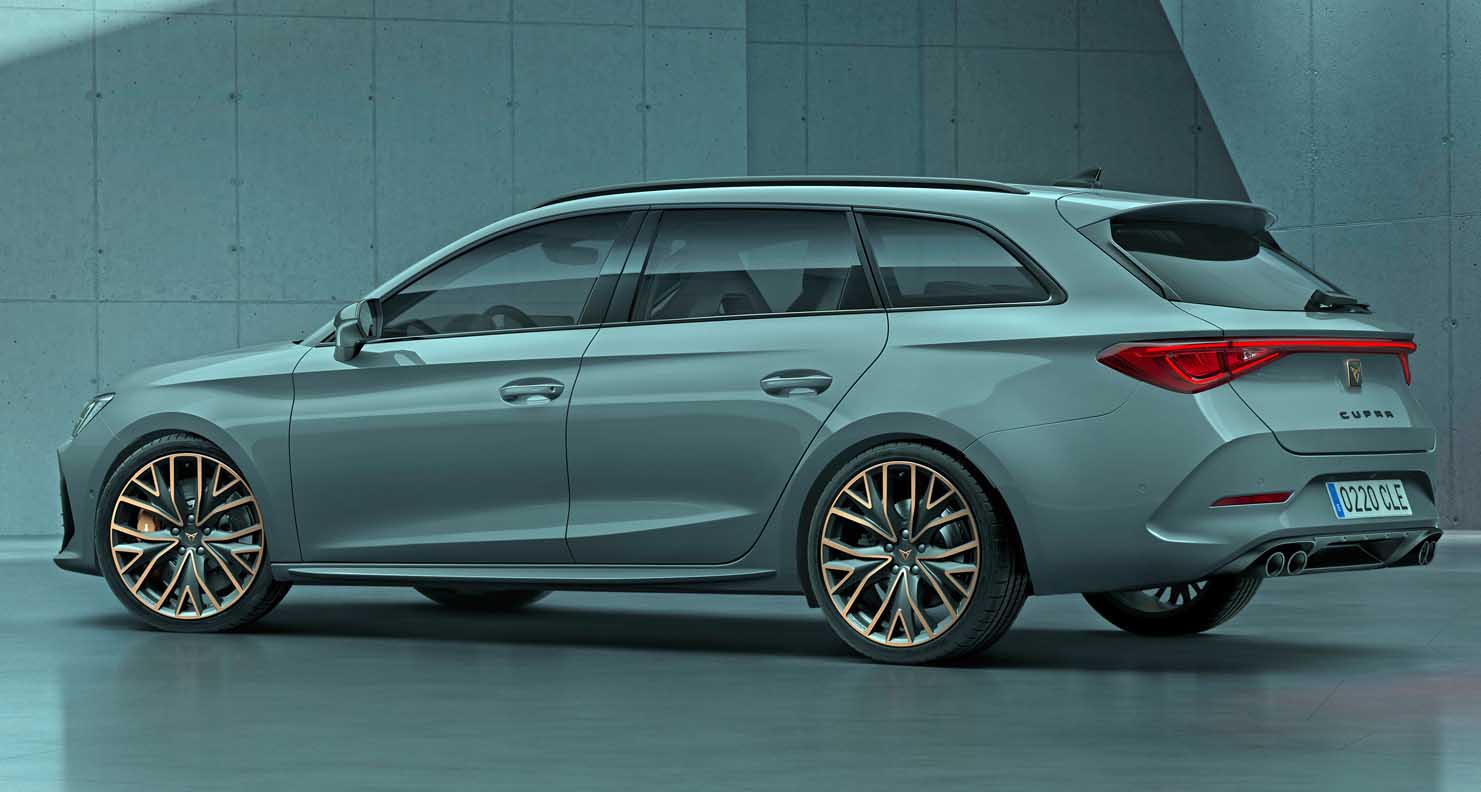 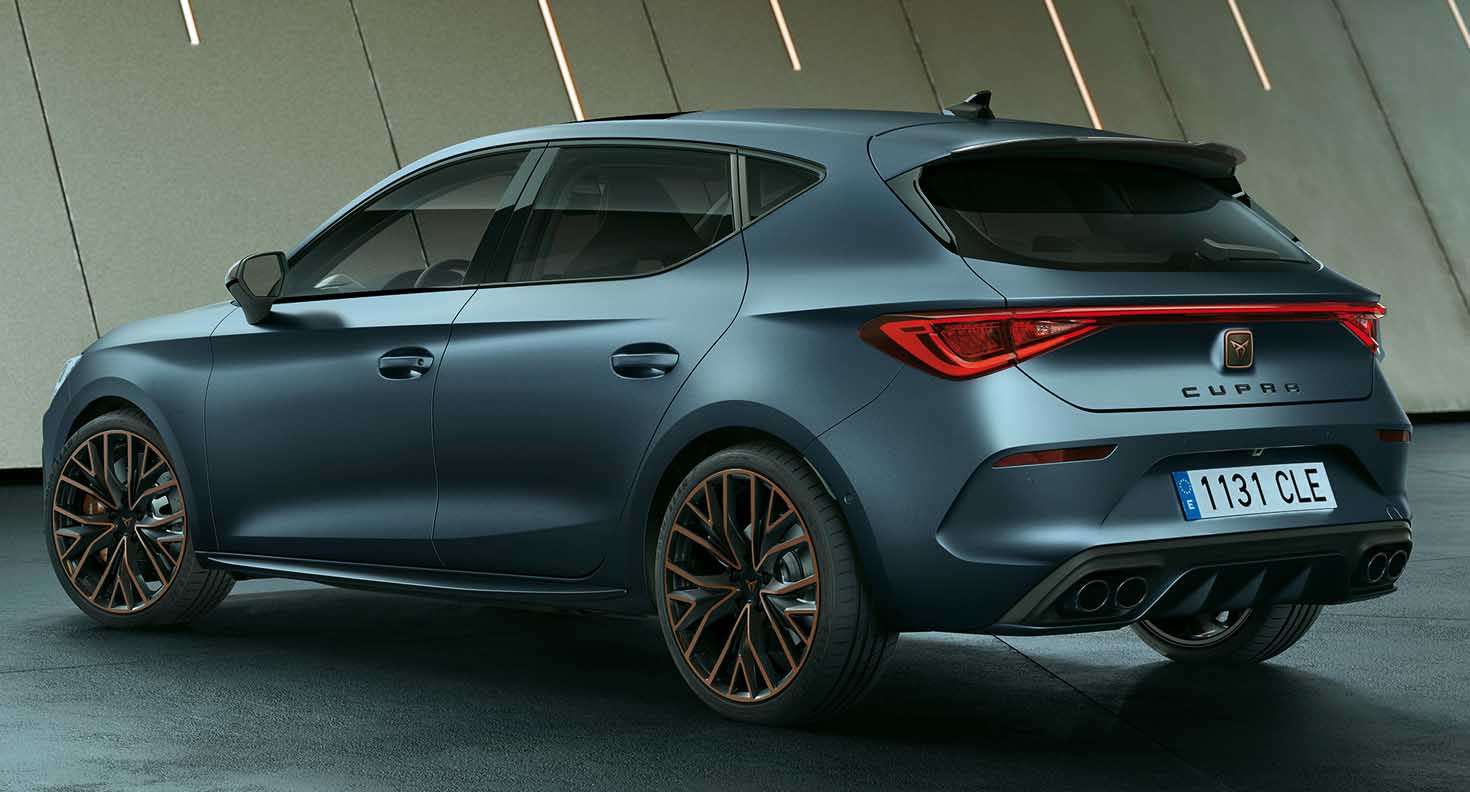 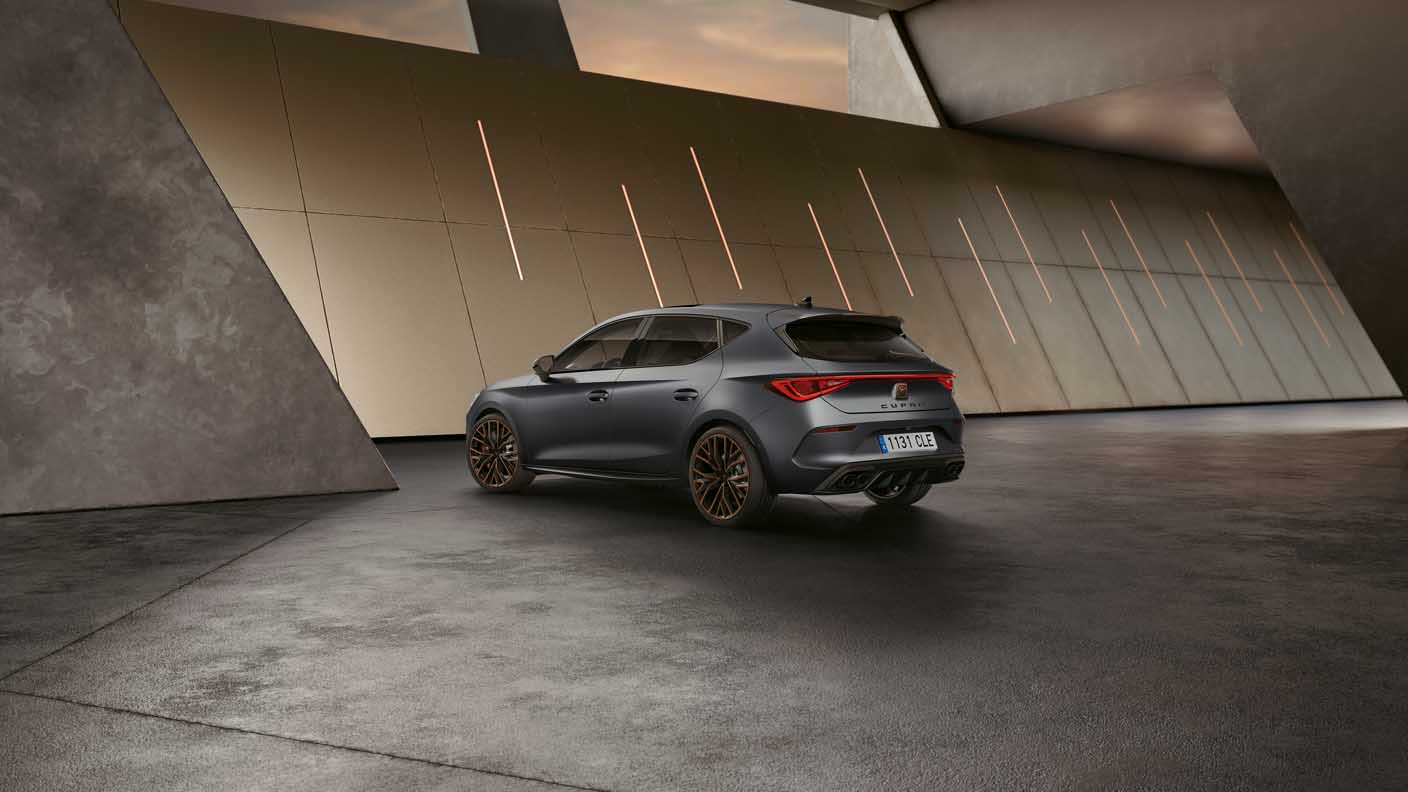 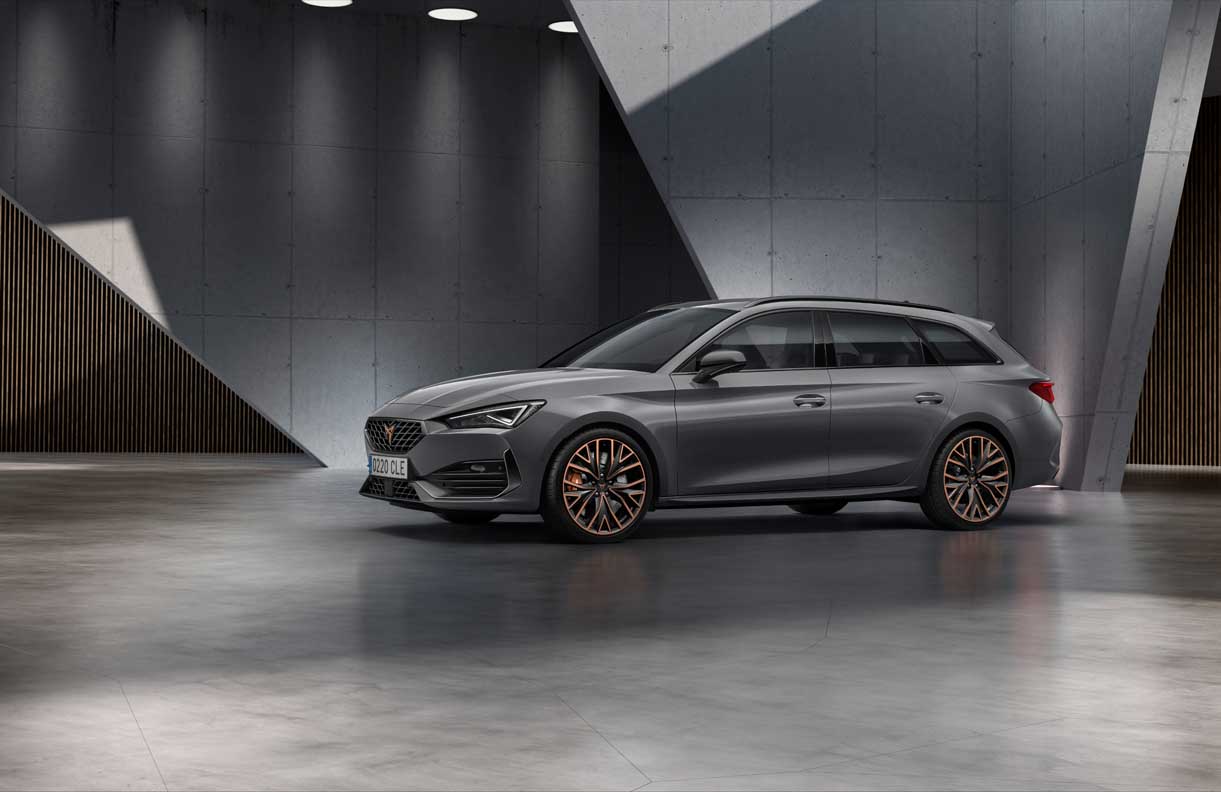 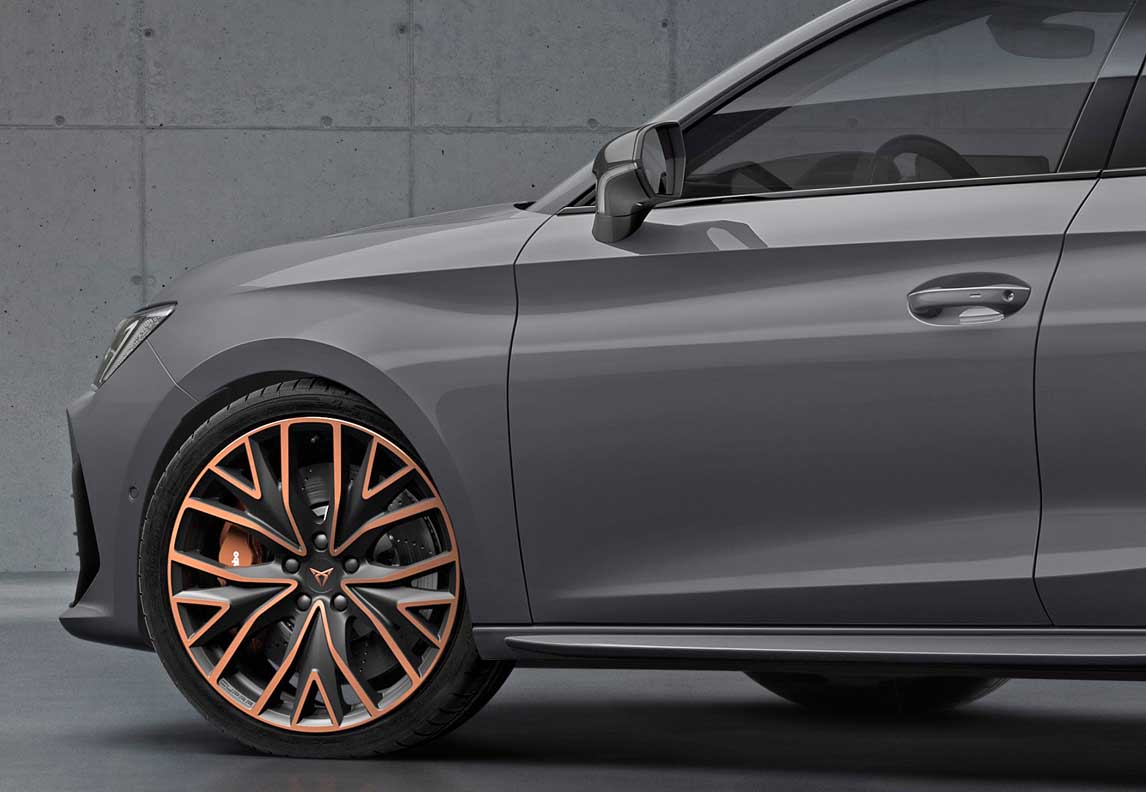 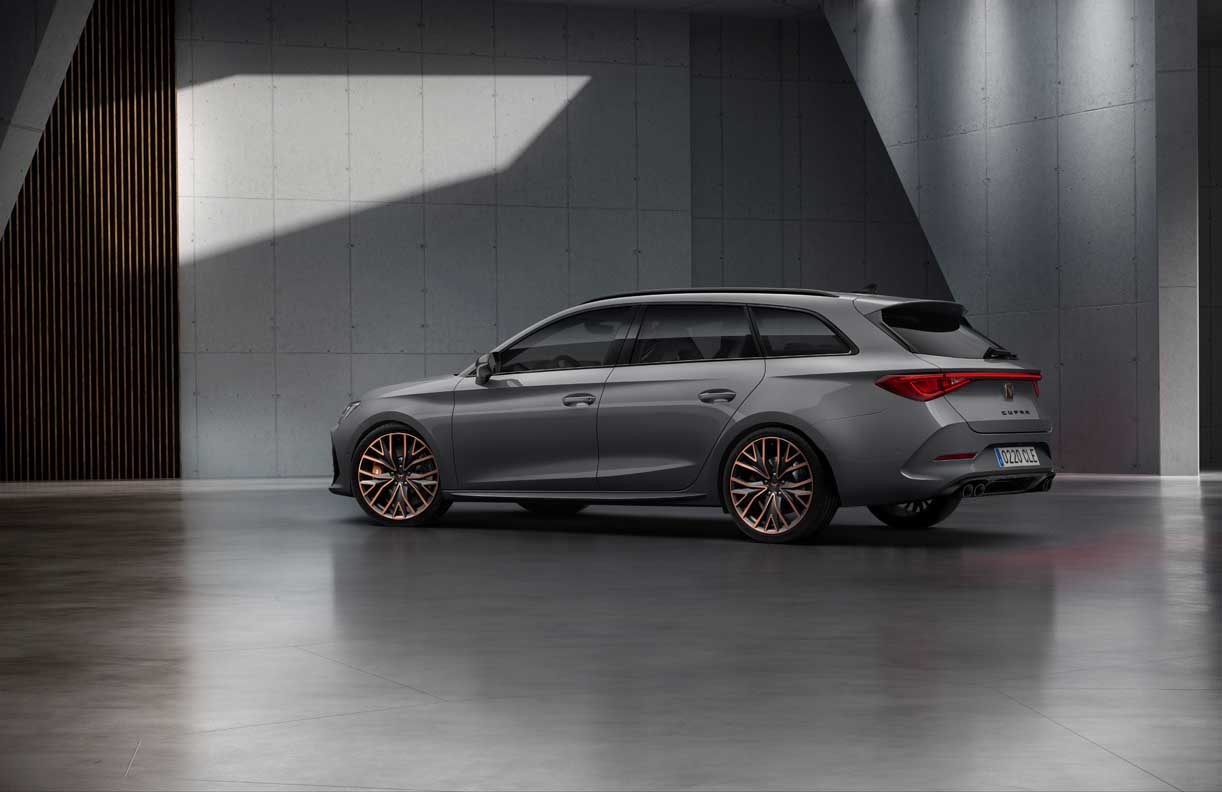 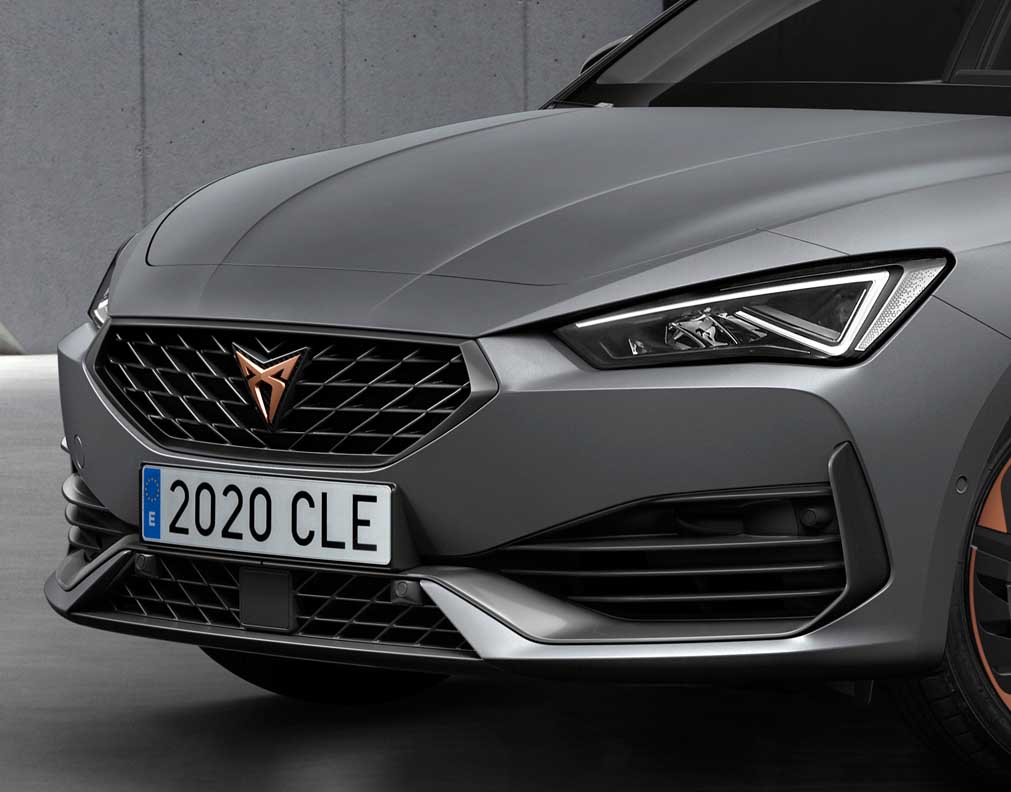 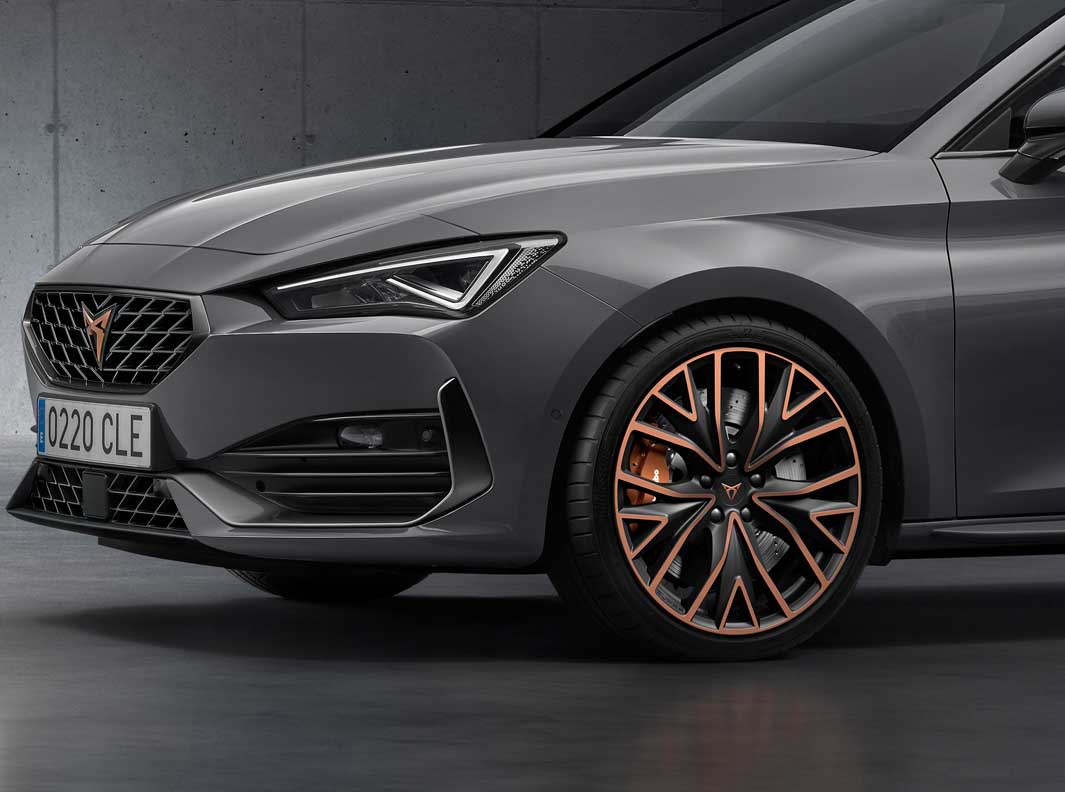 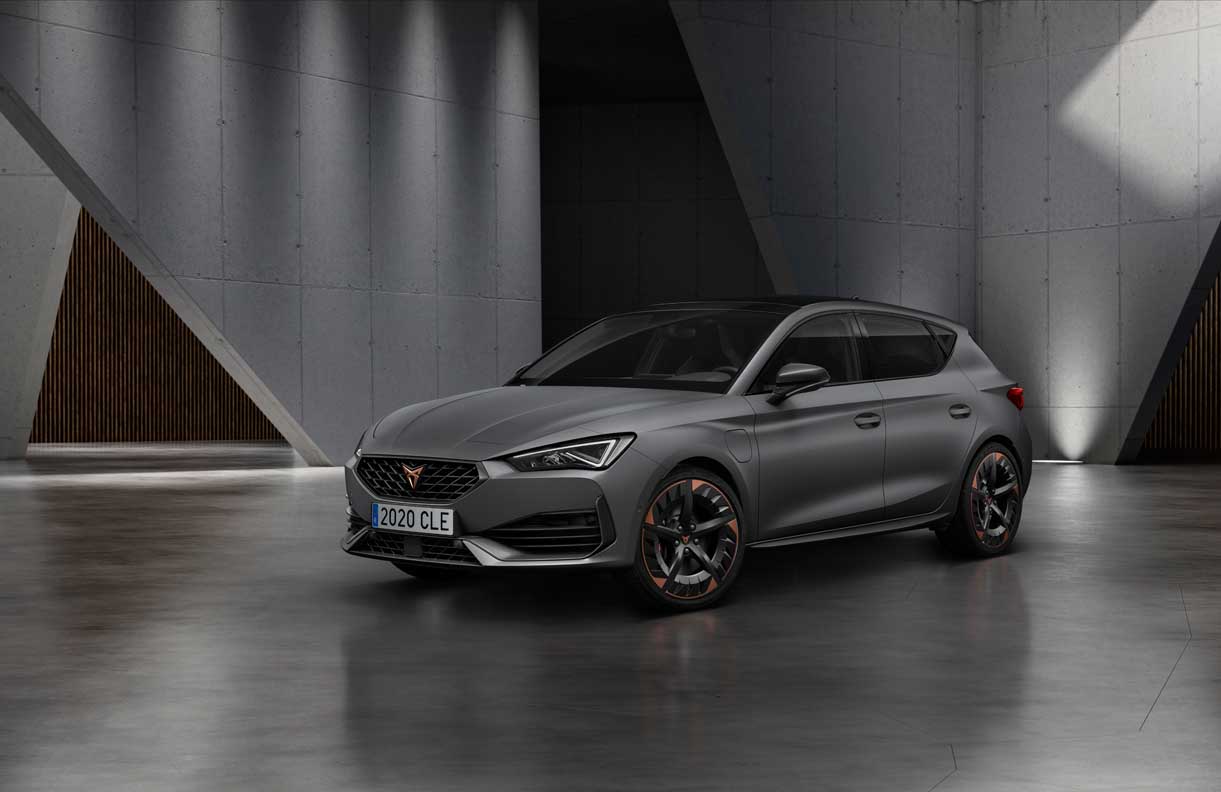 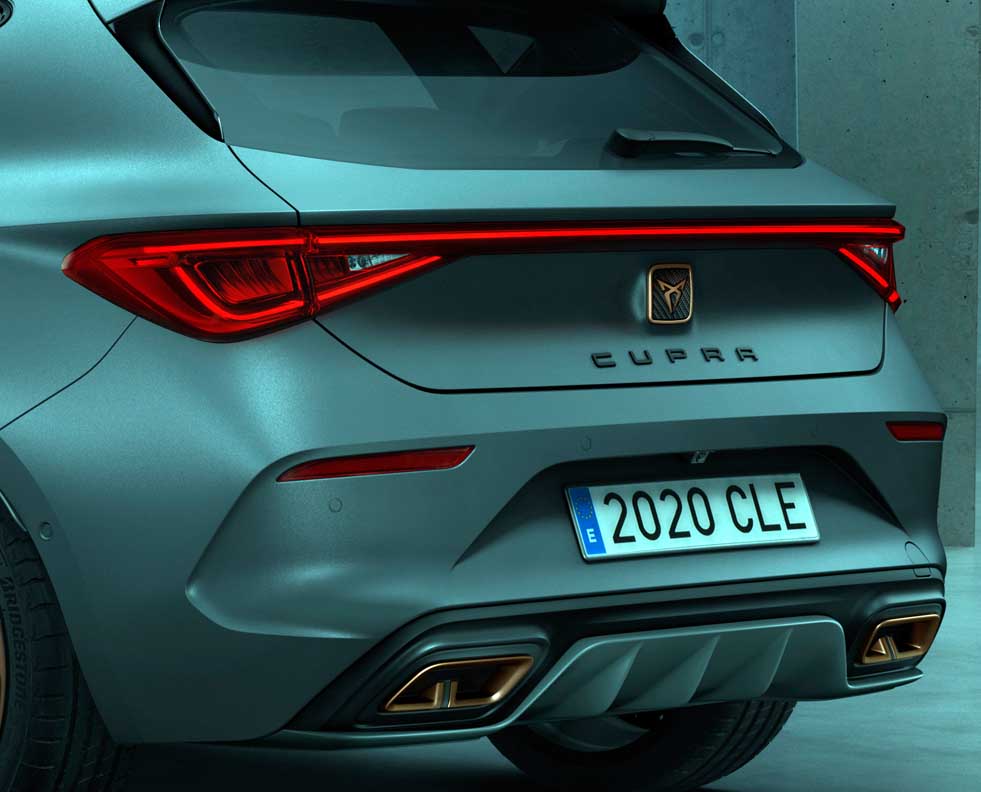 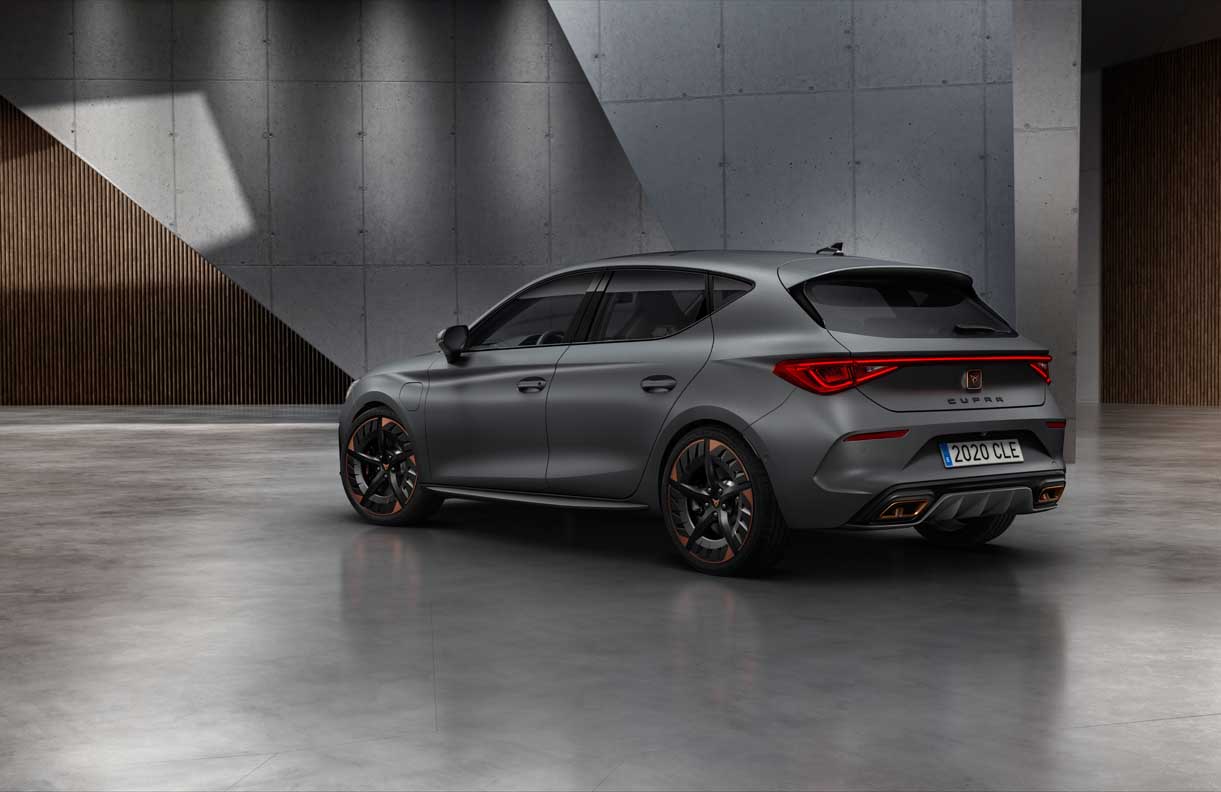 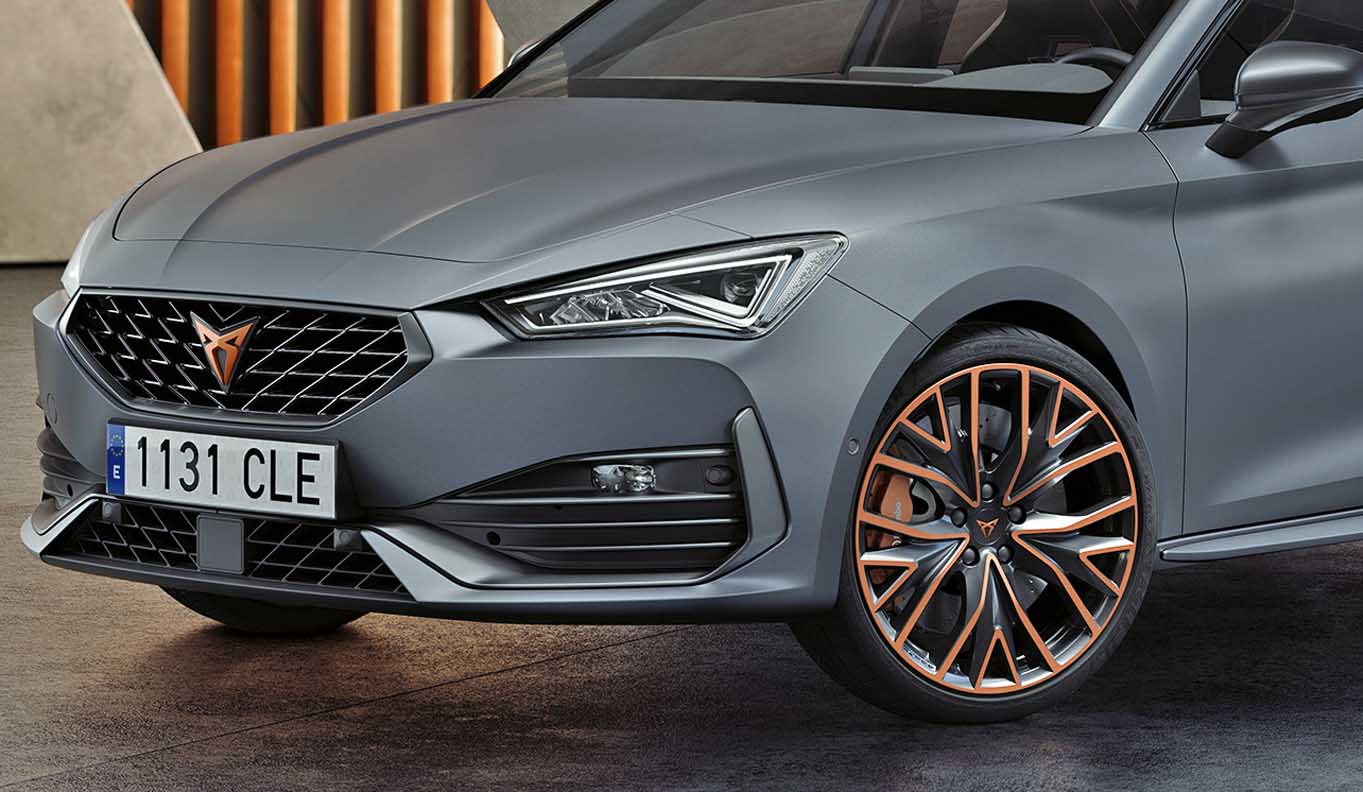 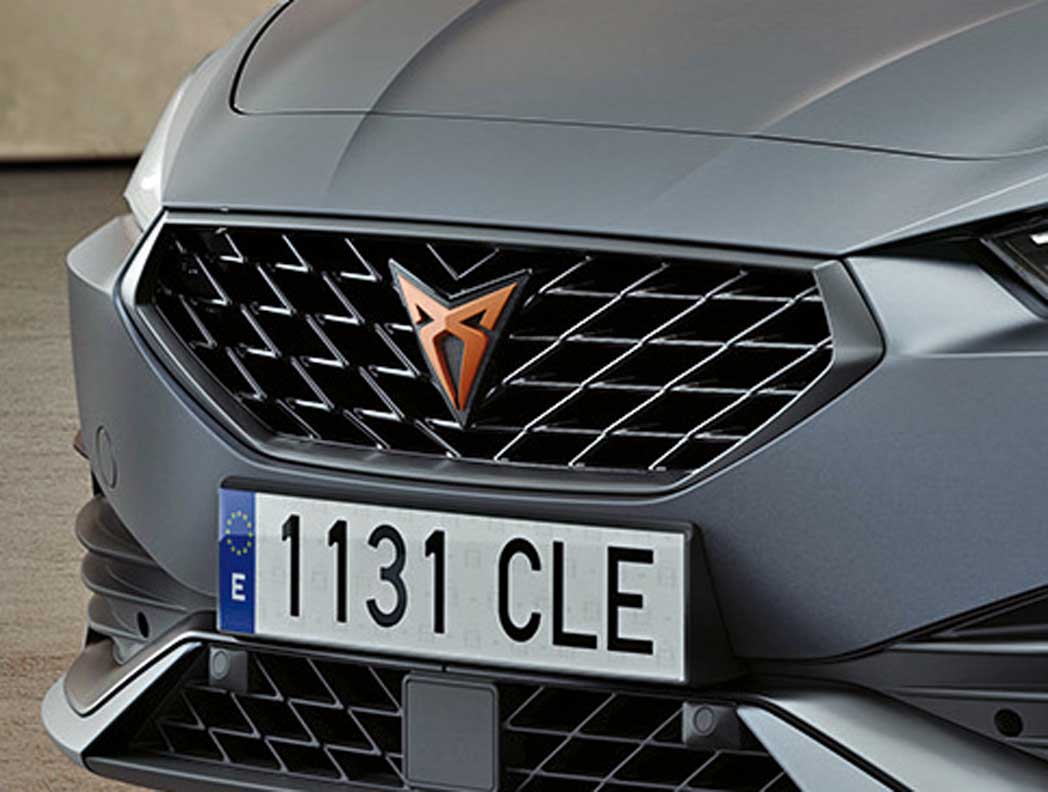 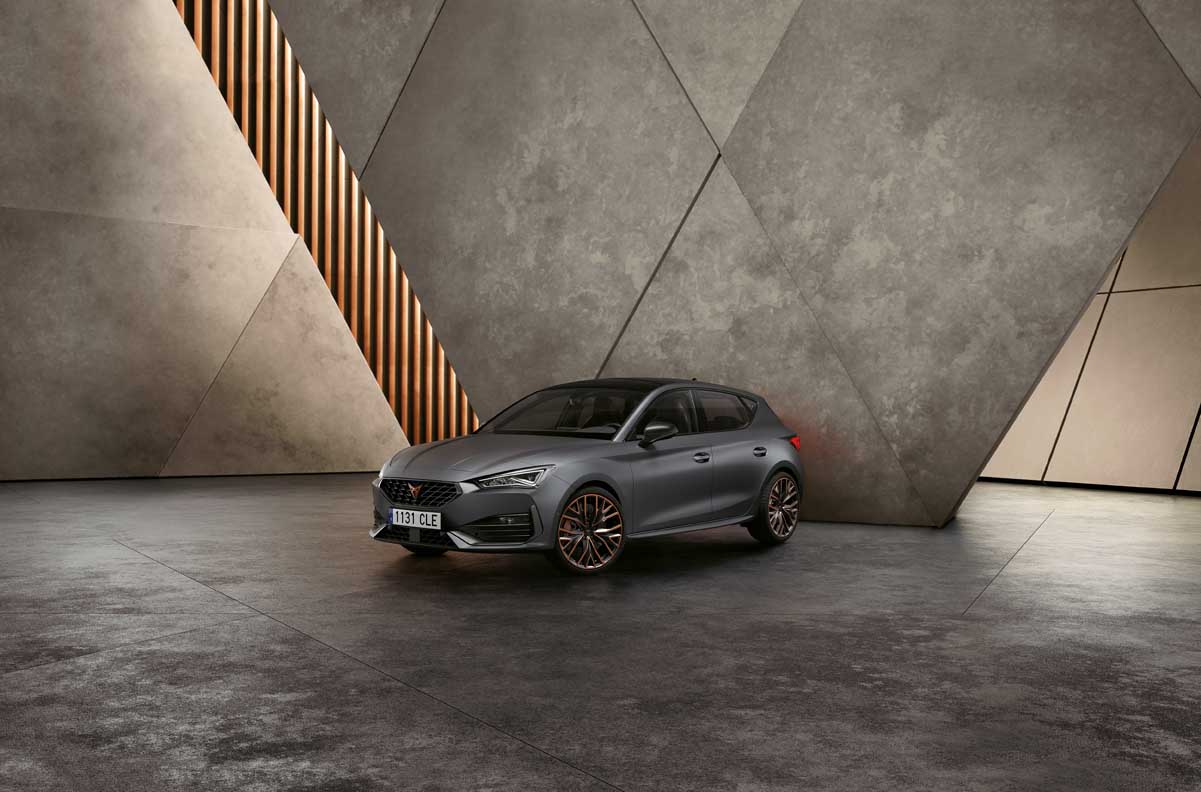 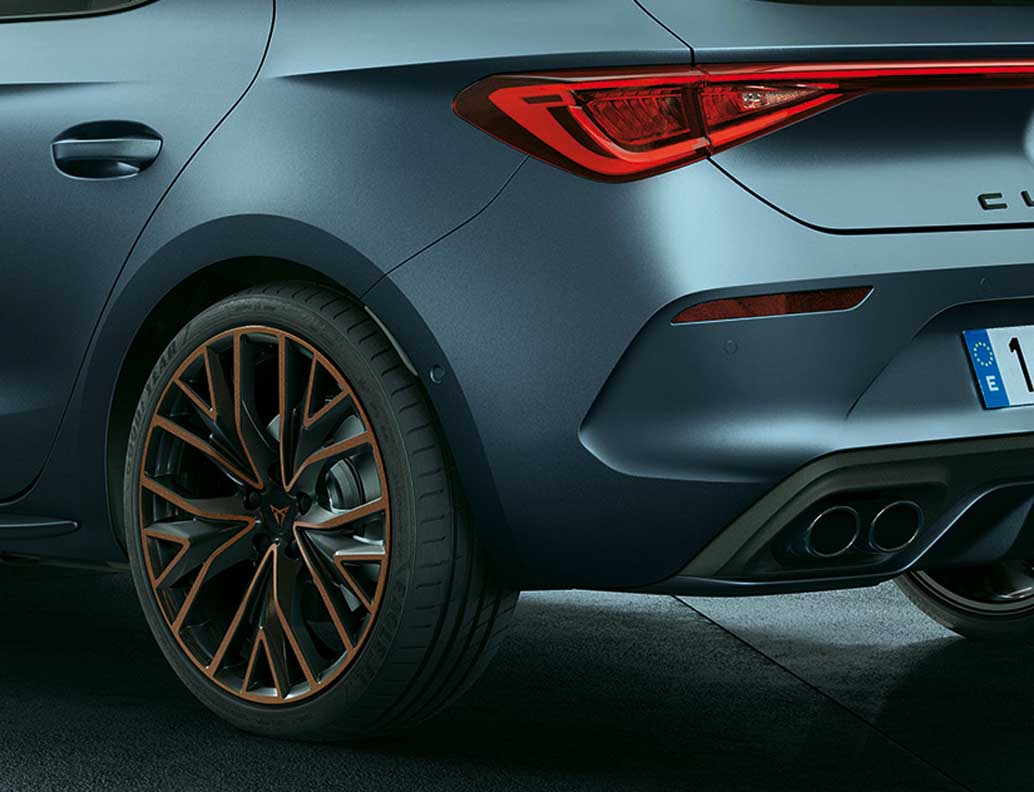