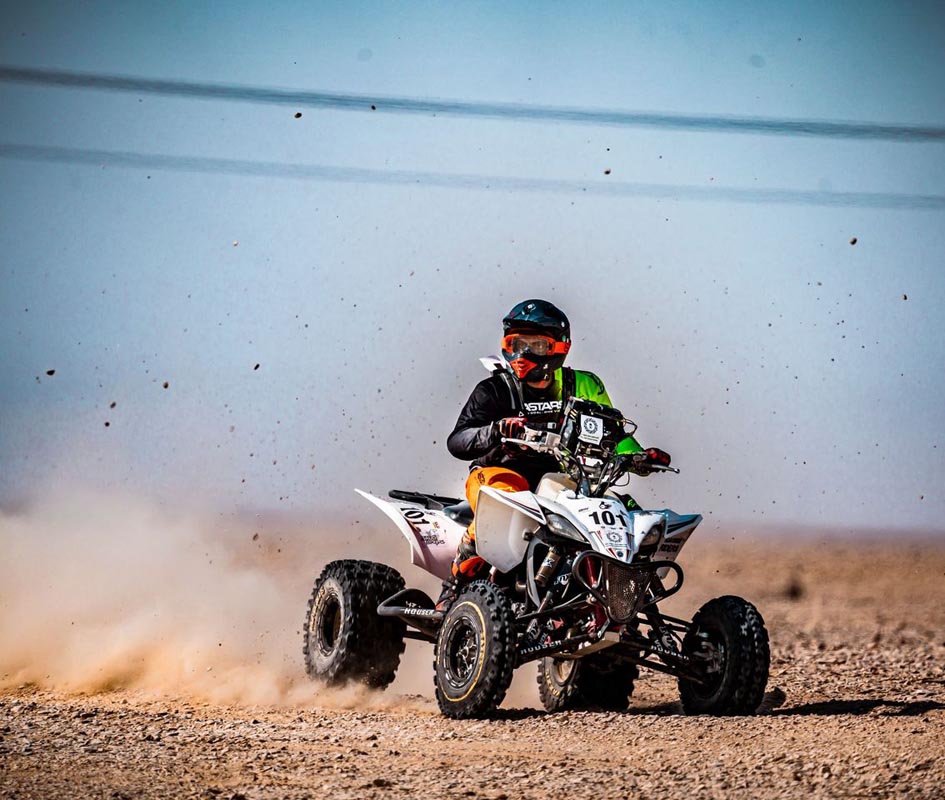 They duly held outright leads in their respective categories on this new fifth round of the FIM Bajas World Cup.

Riding a Yamaha WRF 450F, Chalmers stopped the clocks in 4hr 08min 56sec to complete the stage 4min 27sec in front of MX Ride Dubai’s Mohammed Al-Balooshi and head into the night halt with an overall lead of 3min 27sec. But the Australian injured himself on the stage and will be racing through the pain barrier on the final day.

“Today was very challenging with the heat above all else,” said Chalmers. “Sections of the stage were very fast with a lot of navigation. We had sections with 300 or 400 metres between navigation points. A lot of the course was under waypoint. This certainly helped because there are a lot of car tracks in Qatar.

“The result was great from my side but it seems I have a suspected broken ankle. I’ll hand the bike into Parc Ferme and then go and get some x-rays. The intention is to ride tomorrow regardless and, hopefully, I can pull through. I am looking forward to a big section in the sand tomorrow.”

Al-Balooshi added: “It’s a tough Baja, the toughest. Good navigation and perfect training for Dakar. Conditions are very hot and I enjoyed it. I am looking forward to tomorrow.”

The day’s timed action of 249.12km started at Al-Jumailiyah and included a wide variety of desert terrain and the usually demanding navigation associated with the tricky trails and tracks through the Qatar desert.

Al-Balooshi, Chalmers and Al-Shatti all started strongly and were the front-running bikers through the second passage control at 146.87km after the refuelling stop.

Bahrain’s Salman Mohamed and overnight leader Mohammed Jaffar Meshari were penalised for missing a series of waypoints and, by the time the leaders had reached the 161.82km (PC3) point, Chalmers had gained the virtual stage lead from Al-Balooshi and Al-Shatti.

Sheikh Mohammed Al-Thani was riding strongly on his pristine Honda and the Qatari completed the stage in sixth. He holds seventh overall behind Barry Howe and Andrew Newland.

Al-Tuwaijri was the early leader of the quad field on his Yamaha and overnight SSV category leader Ahmed Al-Kuwari continued like a sprinter out of the blocks to storm to class victory in the unofficial results.

“Today we did a great result,” said Al-Kuwari’s co-driver Nasser Al-Kuwari. “We drove very well. It was a tricky road book. I know this area very well and we did many cross-country and Baja here. I used my experience of the last Dakar and my work with Meshari Al-Thefiri to support Ahmed. So it was a very good result – first in our category and first overall.”

Meanwhile, Al-Tuwaijri held on to seal the quad stage win and a huge outright advantage.

The UK’s Patsy Quick and Vanessa Ruck rode together for much of the day with the experienced Dakar veteran showing her younger accomplice the ropes in the over-450cc section. Ahmed Al-Jaber recorded the fastest time amongst the over-450s and Brett Hunt and Mohammed Al-Khater rounded off the top three.

Competitors face a third desert selective section of 249.68km on Saturday. There will be passage controls from the Al-Kharsaah start after 36.39km, 49.17km, 86.21km and 124.96km with a refuelling stop at the fourth PC.

A liaison of 92.79km then takes the finishers back to Losail in advance of the post-event press conference (18.00hrs) and podium ceremony (18.30hrs) at the Al-Bayt Stadium. 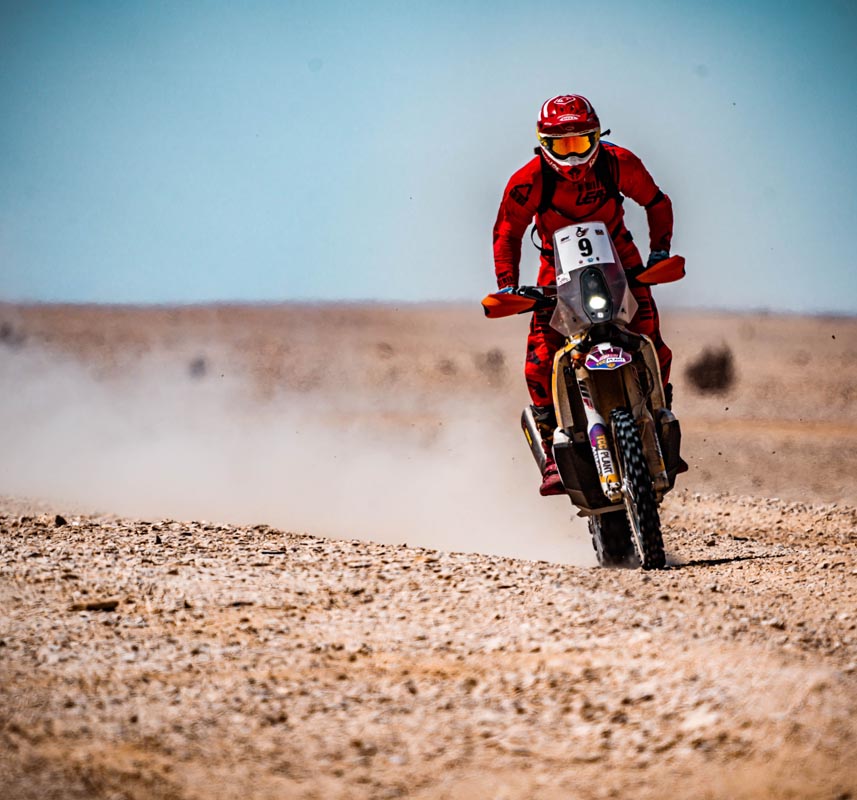 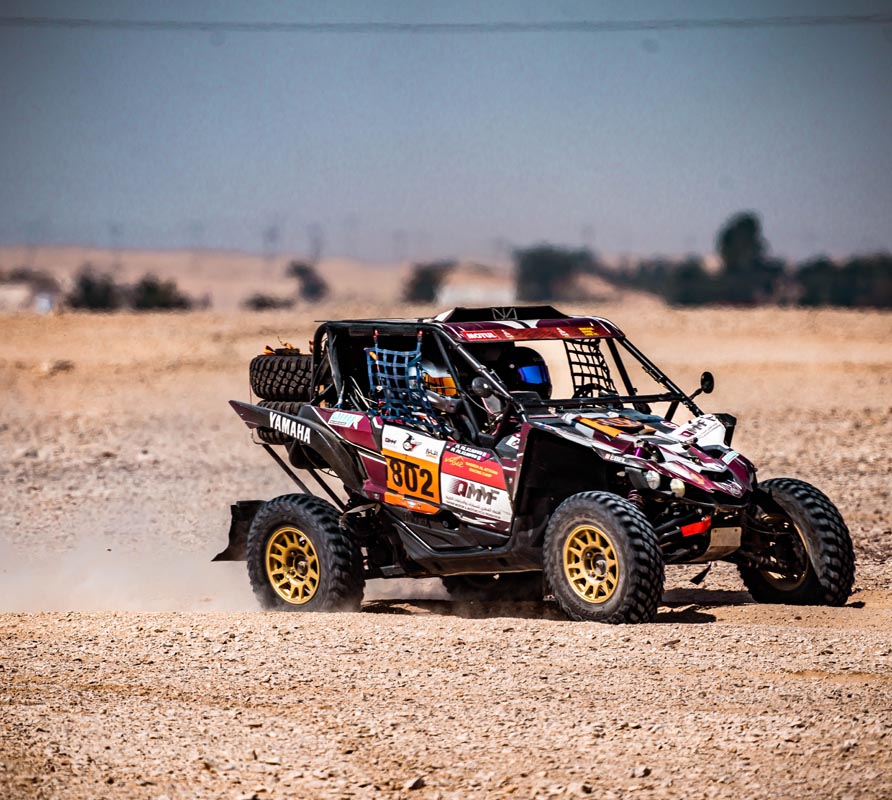