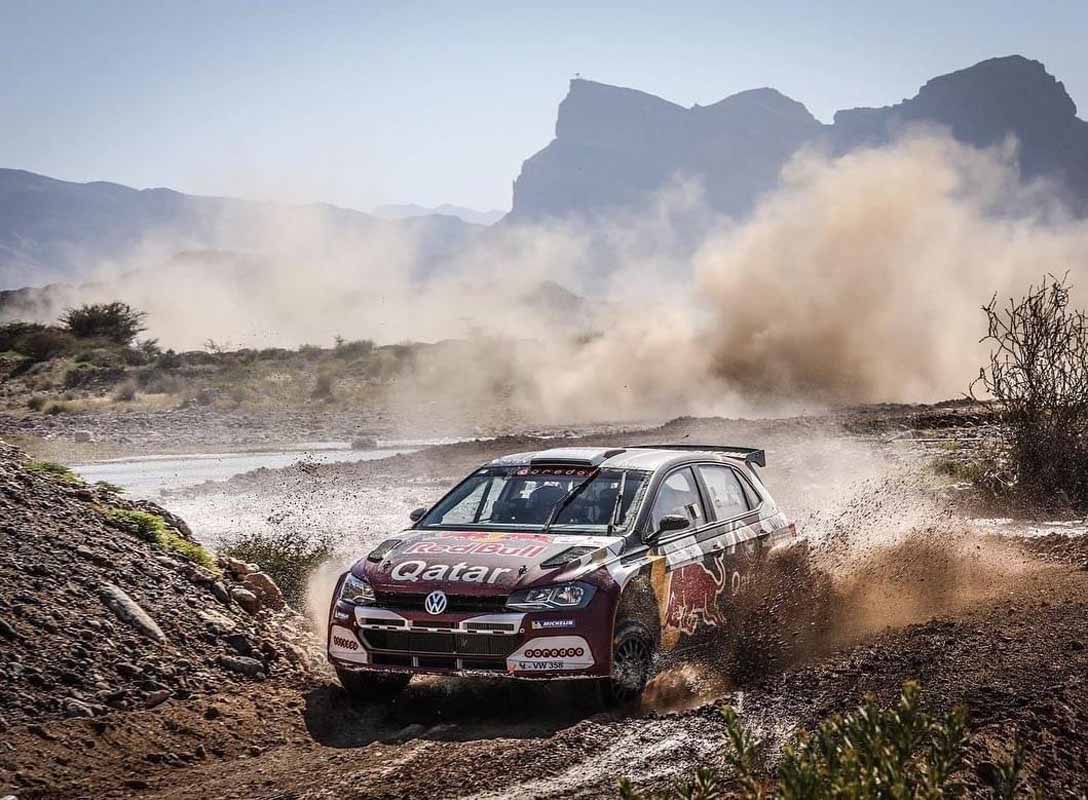 With the hard work done on Friday’s gravel stages, Al-Attiyah avoided risks over the closing half dozen speed tests to secure a seventh victory in Oman by the margin of 15min 13.8sec in his Autotek Volkswagen Polo GTI. It was the Qatari’s 79th career MERC win and gave him the perfect foundations on which to build a challenge for an 18th regional title.

“It was important that we got off to a winning start here in Oman and I am very happy with this result,” said Al-Attiyah. “I was able to manage my pace today, avoid punctures and take no risks. Today was about preserving the car and protecting the lead.

“The stages are fantastic with amazing landscapes. Alba stood in for Mathieu and did a fantastic job. I am delighted for her that she has a first win in the Middle East.”

The man in form over the final day was a resurgent Hamed Al-Wahaibi, the Omani veteran bouncing back from turbo issues at the start of day one to win five stages on Saturday. That enabled Al-Wahaibi and Kiwi co-driver Tony Sircombe to finish in sixth place in their Motortune Škoda Fabia.

“It was a good rally and we had a great run but had a puncture in the last one,” said Al-Wahaibi. “I really attacked this afternoon. I took it a bit easier in the morning and pressed hard this afternoon. We’ve certainly got the car set up for Qatar. I think we have found something very positive for there. All is good. Looking forward to the next one. I had a very fun day today and that’s what it’s all about.”

Oman’s Zakariya and Mohammed Al-Aamri led the MERC2 category in a Subaru Impreza until mechanical issues forced them out of fourth overall on the penultimate stage. Jordan’s Issa Abu Jamous and Emad Juma duly moved up to fourth to win MERC2 and Ihab Al-Shorafa and Yousef Juma secured fifth place and second in the category.

A team of mechanics worked hard on Friday afternoon to repair Abdullah Al-Rawahi’s damaged Škoda Fabia and the Omani repaid their efforts with a string of solid stage times over the final day. Like Al-Wahaibi, he had suffered hefty time penalties, restarted under Rally2 and reached the finish in seventh overall.

“Yesterday was a disaster with the technical issue we had on SS3,” said Al-Rawahi. “We are running the new car with limited spare parts and we struggled a bit. The technical team did a great job. They managed to repair the car, not 100%, and that’s why we took it easy today.

“We wanted to save the car and finish the rally to get the championship points. The stages were technical and we learned a lot. We also used the day to test Michelin and Pirelli tyres. It was more of a test and great experience for us. I am only 24-years-old and I am proud to be racing against the likes of Nasser and Hamed. I am learning all the time.”

Al-Attiyah noticeably eased his pace to conserve the car and preserve his substantial overnight lead at the start of the final day. But both Al-Wahaibi and Abdullah Al-Rawahi were on a mission to make amends for their disappointing retirements on Friday.

The duo were fastest and second quickest through each of the three stages on the morning loop, but were too far behind after time penalties to catch sixth-placed Ihab Al-Shorafa.

Al-Attiyah duly reached the service point between the two loops of stages with a lead over Kačirek of 11min 15.5sec, although the Czech had strengthened his grip on second place to 2min 33.9sec from Al-Atya. Oman’s Jarah Al-Touqi did not start the second leg.

Al-Wahaibi pressed on to win two of the afternoon’s three stages to secure sixth place, as Al-Attiyah coasted to the finish line with a fastest time on the last stage to confirm a seventh victory in the Sultanate and a first for his stand-in co-driver.

Haitham Al-Soomar (Mitsubishi) won the Oman Rally Championship category from second-placed Lebanese driver Alain Nawfal (T3 Yamaha). Musab Al-Soomar came home in third place in a Kia, despite an accident that cost him over 20 minutes on the final stage. Oman’s Haitham Al-Hadidi retired his Mitsubishi at the start of the day. 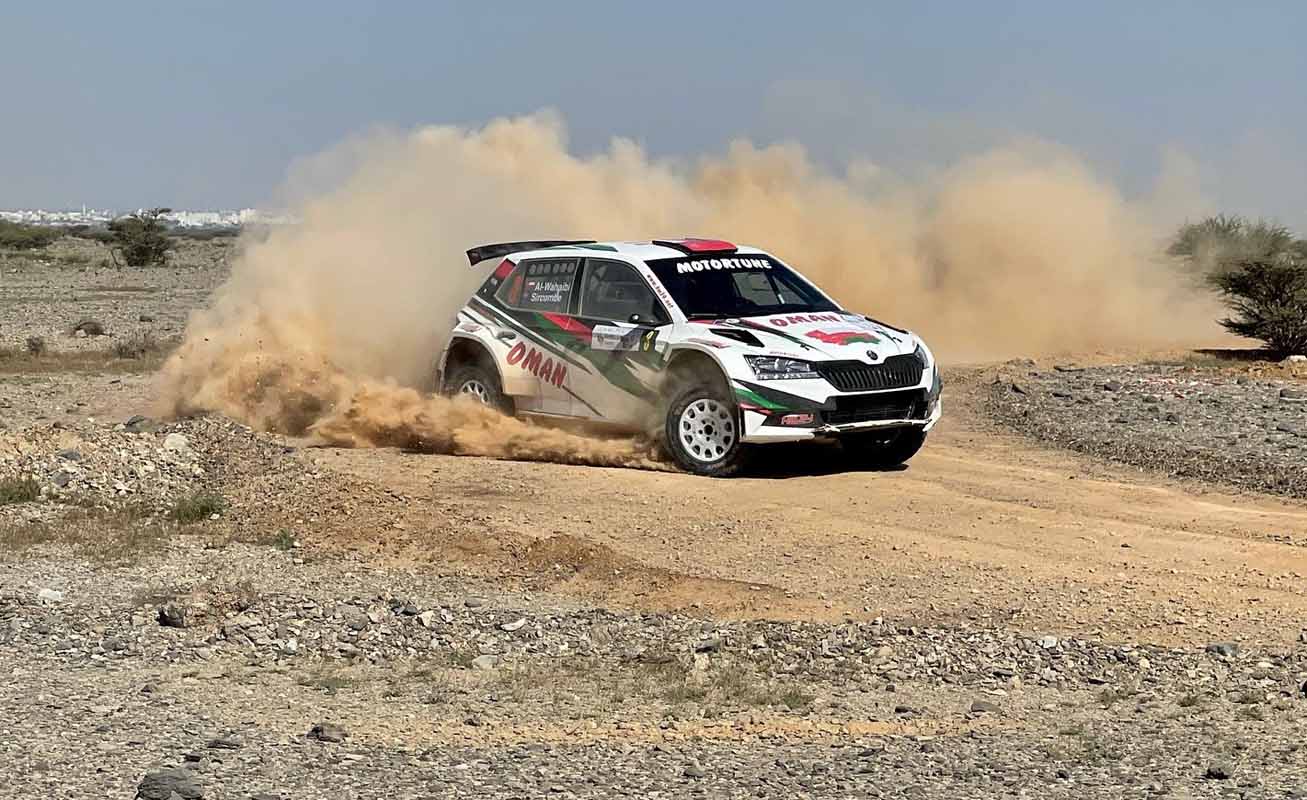 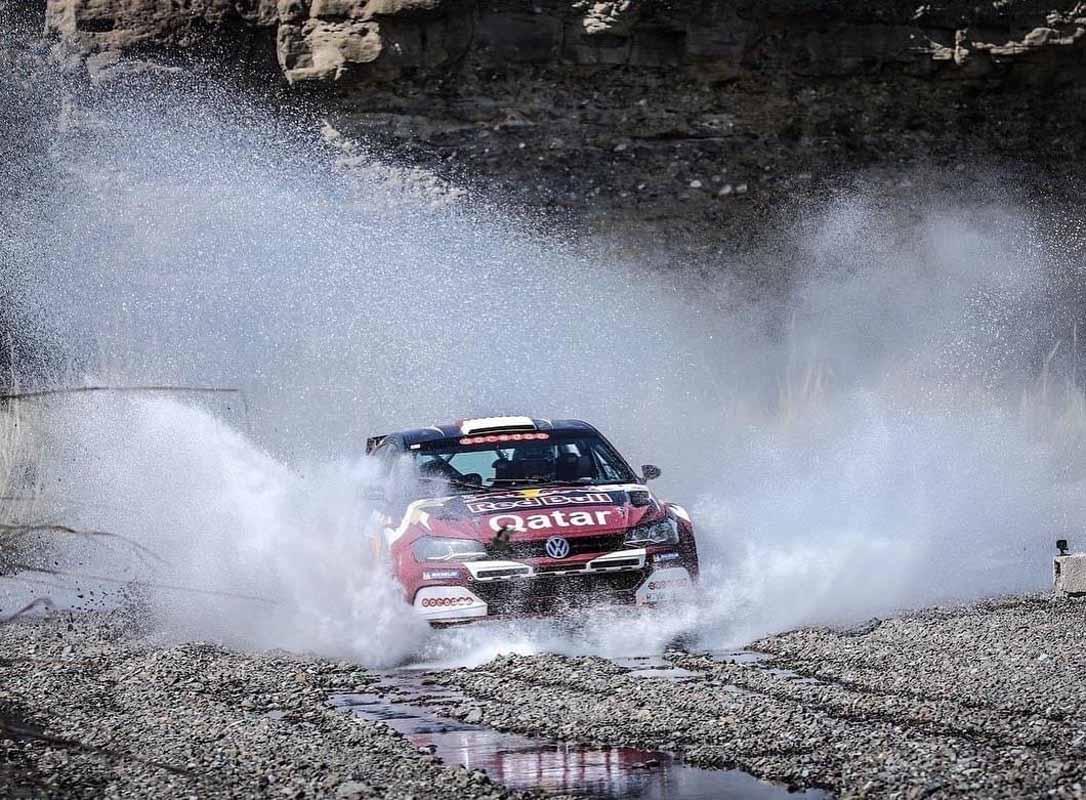