Qualifying had promised a close contest around the Riyadh Street Circuit – and so it would prove to be. From pole position, de Vries controlled proceedings early on ahead of Mortara, Envision Racing’s Robin Frijns, Lucas Di Grassi in the second Venturi entry and TAG Heuer Porsche veteran André Lotterer, as the top five made a break from the chasing pack.

The order remained unchanged until the second round of ATTACK MODE activations. With enough of a margin in his mirrors not to concede any ground, Di Grassi was the first to blink, with Frijns following suit a lap later and dropping behind the Brazilian. A lap later again, it was Mortara’s turn, causing the Swiss star to fall to fourth. He would not stay there for long.

Taking full advantage of the extra power at his disposal, Di Grassi snatched the lead from de Vries with a committed move at the chicane in which the two cars briefly touched. As de Vries found himself momentarily delayed, Mortara opportunistically snuck past Frijns for third, before relieving his Mercedes rival of second next time around to make it a Venturi one-two.

When his ATTACK MODE ran out, Di Grassi then similarly fell prey to his team-mate, who hit the front of the field at the 20-minute mark. For a while, the Venturis looked set to edge away, but after regrouping, de Vries began to zero back in, dragging Frijns along in his slipstream as the front-running quartet concertinaed once more.

The Dutch duo swapped places when de Vries deployed his second ATTACK MODE, but the Mercedes man was thereafter unable to regain the position – and worse still was to come. Having latched onto the back of the leaders, two-time champion Jean-Éric Vergne (DS Techeetah) fought his way past de Vries at the chicane, with the ensuing loss of momentum relegating Saturday’s winner to the tail end of the top ten.

That reduced the four-way fight for honours to a three-way tussle between Mortara, Di Grassi and Frijns, and the Envision driver got a run on the 2016/17 title-winner with ten minutes remaining to take second place – only for the field to subsequently close up again as Lotterer, Jake Dennis (Avalanche Andretti), Vergne, Stoffel Vandoorne (Mercedes-EQ) and Oliver Rowland (Mahindra Racing) homed in on the leading trio.

The stage was seemingly set for a grandstand finish, until an accident for Alexander Sims in the sister Mahindra brought out the Safety Car and the race would resume for the final three corners.

Mortara took the chequered flag ahead of Frijns and Di Grassi, who duly ascended the podium on his first weekend for Venturi. Lotterer wound up fourth as Porsche displayed much-improved race pace compared to Saturday, followed by Dennis, Vergne and Vandoorne, the latter pair having the misfortune to trigger their FanBoost immediately before the action was neutralised.

For the Belgian, seventh place nonetheless represented a solid result from his 12th grid slot as he produced an accomplished drive through the pack – posting fastest lap in the process – with Rowland, Porsche’s Pascal Wehrlein and the disappointed de Vries rounding out the top ten.

Following a two-week break, Formula E’s 2021/22 campaign will resume with the Mexico City ePrix on 12 March.

EDOARDO MORTARA, ROKiT VENTURI RACING,  #48 said: “I would rather have been frustrated in qualy then win the race, then the opposite so that’s fully fine! What a day – especially after the mistake that I made in qualification yesterday. I am very glad to bring this win for the team. A one-three finish is amazing. It was a very strategic race, very difficult for the nerves because I didn’t have a lot of energy but neither did my colleagues around me. They were playing strategy, trying to attack me and make me consume, so I tried to keep my head cool and it worked.”

ROBIN FRIJNS, ENVISION RACING, #4 said: “After a difficult day yesterday, scoring no points, and seeing how quick Mercedes were, we knew it would be a tough job today. I was trying to hang on with the guys and I felt really confident in the car, the guys did a great job, and at the end I finished P2 – I’m over the moon.”

LUCAS DI GRASSI, ROKiT VENTURI RACING, #11 said: “I managed with ATTACK MODE to go all the way to P1, passing Nyck, and then we were in a very conservative strategy. I had more energy than Robin, he went for the move so I didn’t really understand what was going on at that moment, and then straight after there was a safety car. We were caught by surprise, but the car was mega and it shows we are here to win. We are super competitive, this one-three was not just mine and Edo’s but the whole team’s job so thank you everybody for trusting me to be part of the team – and congratulations.” 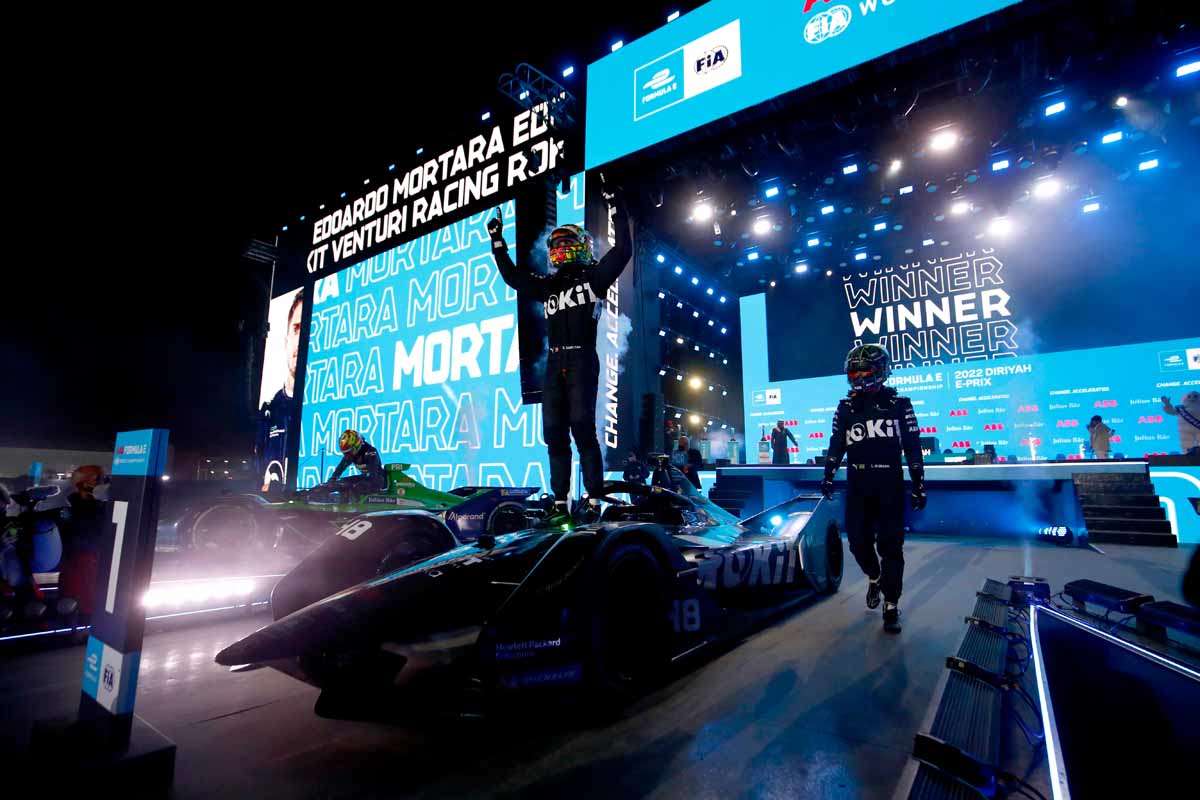 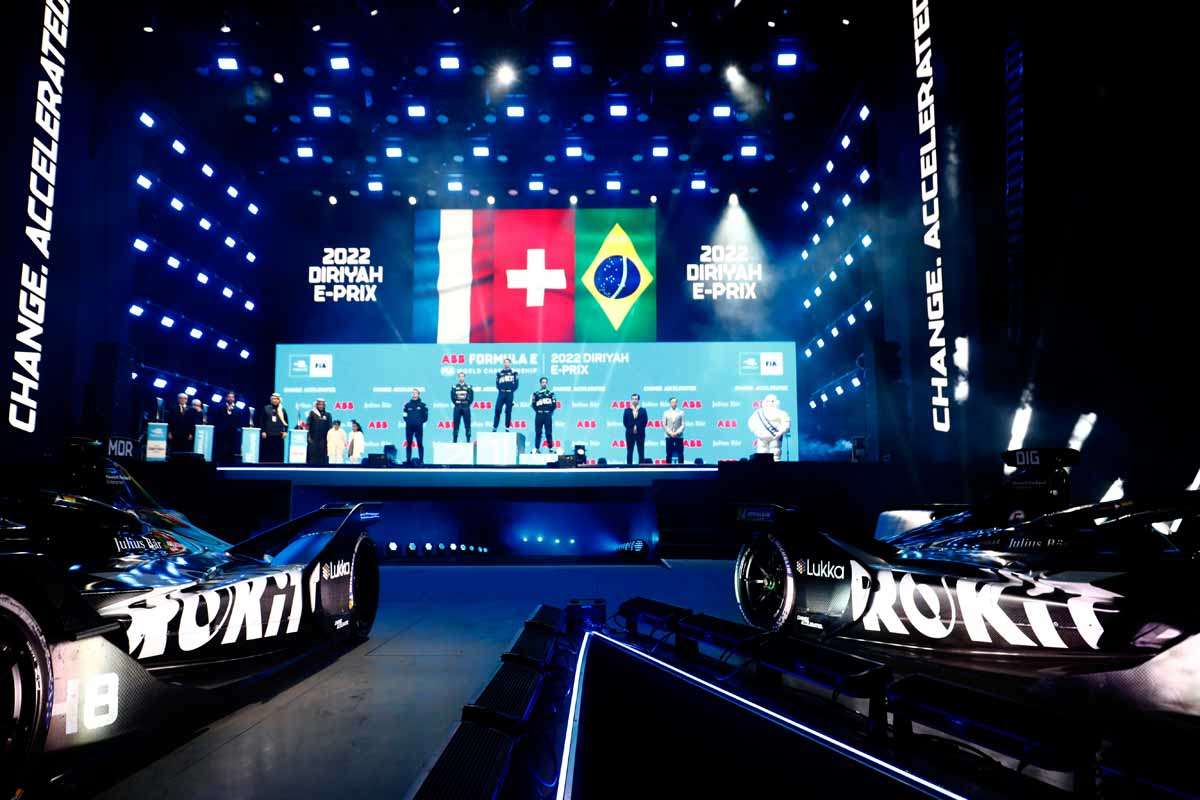 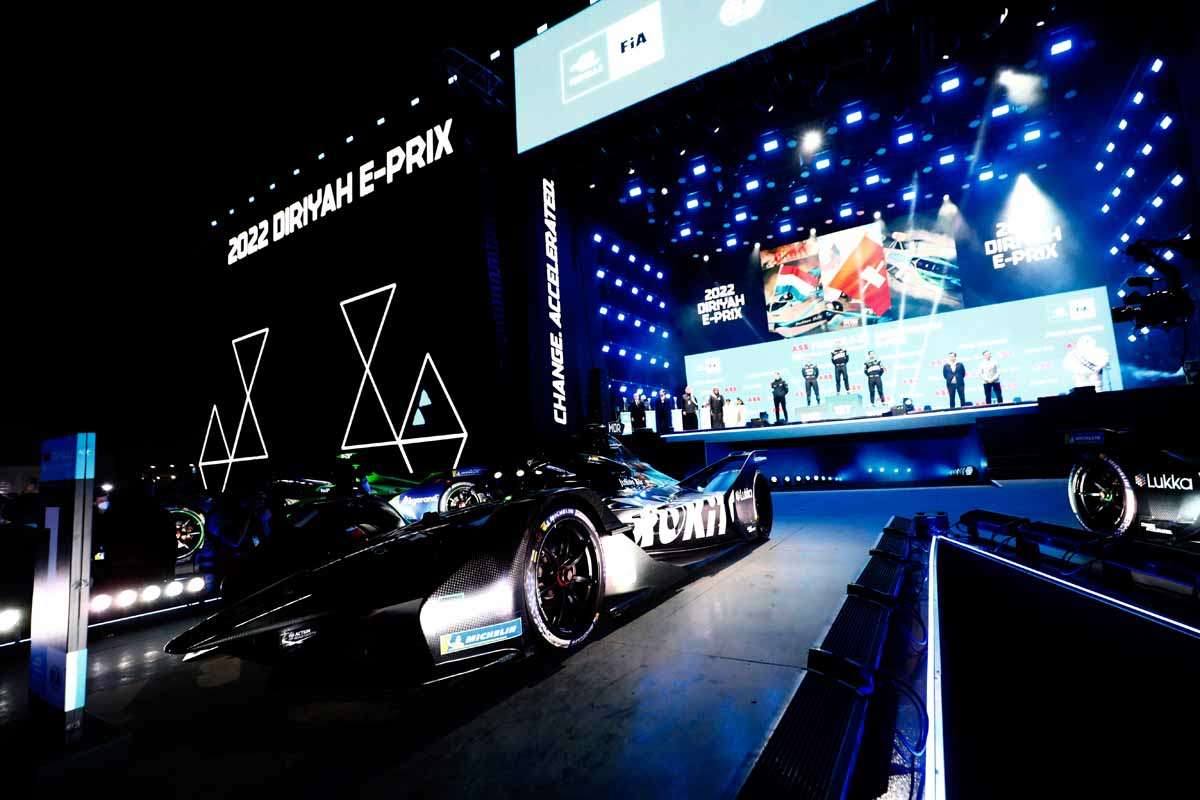 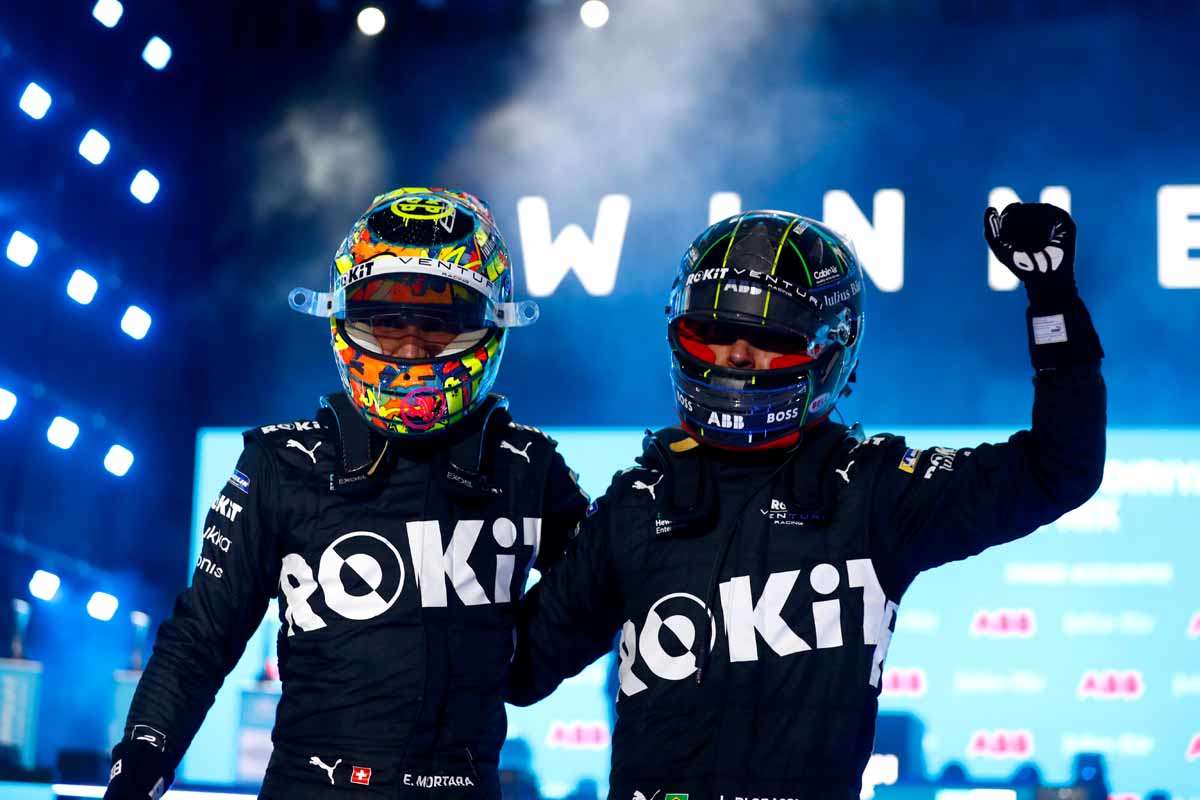 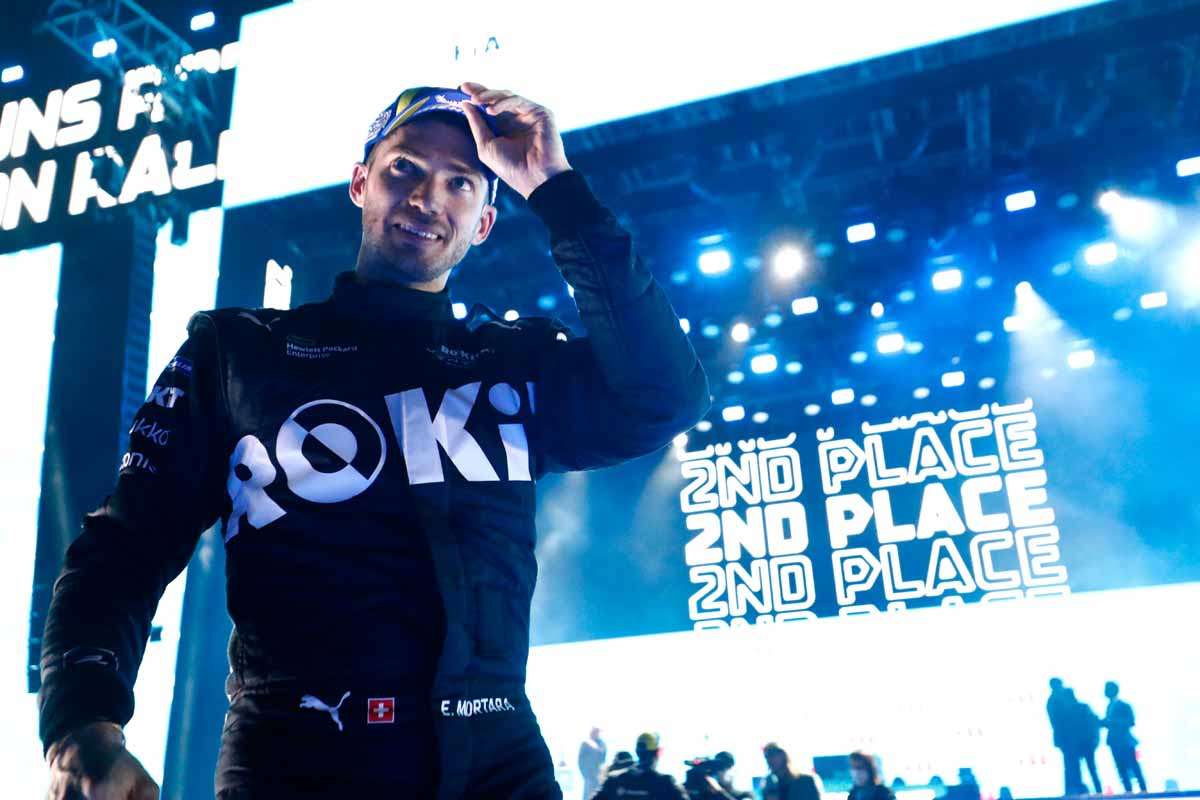 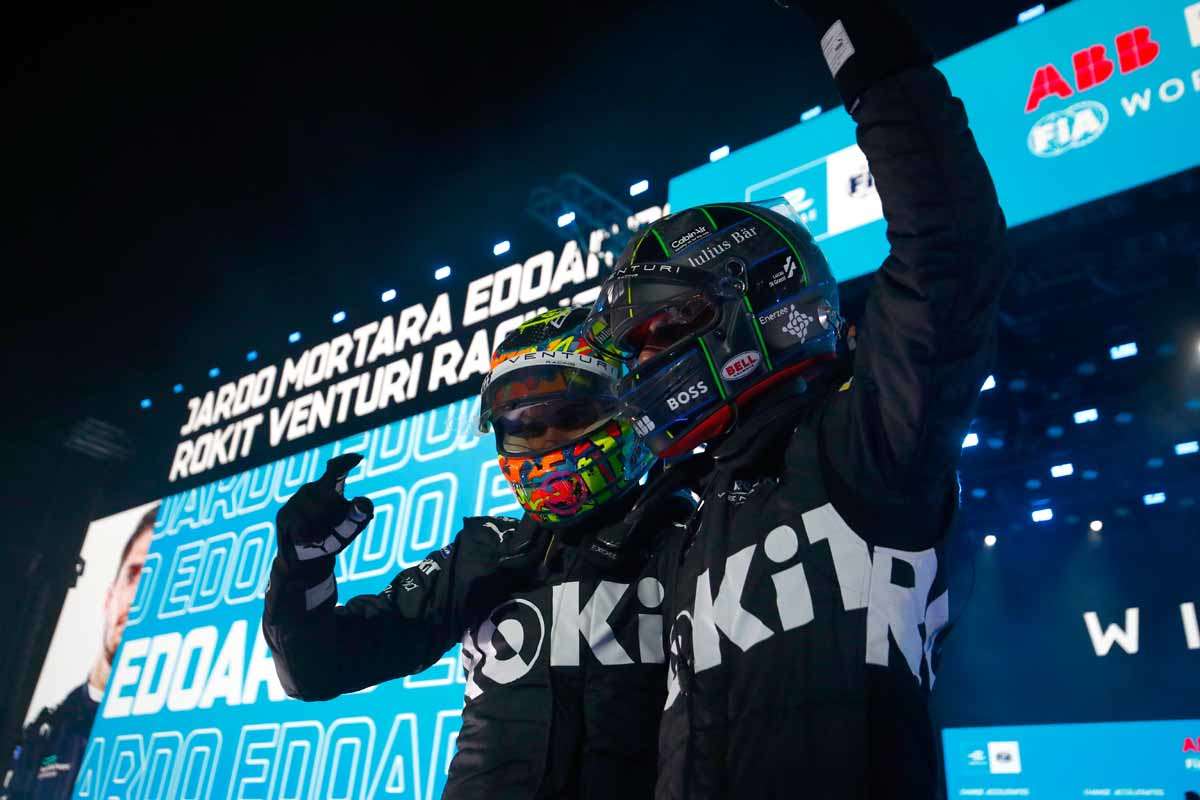 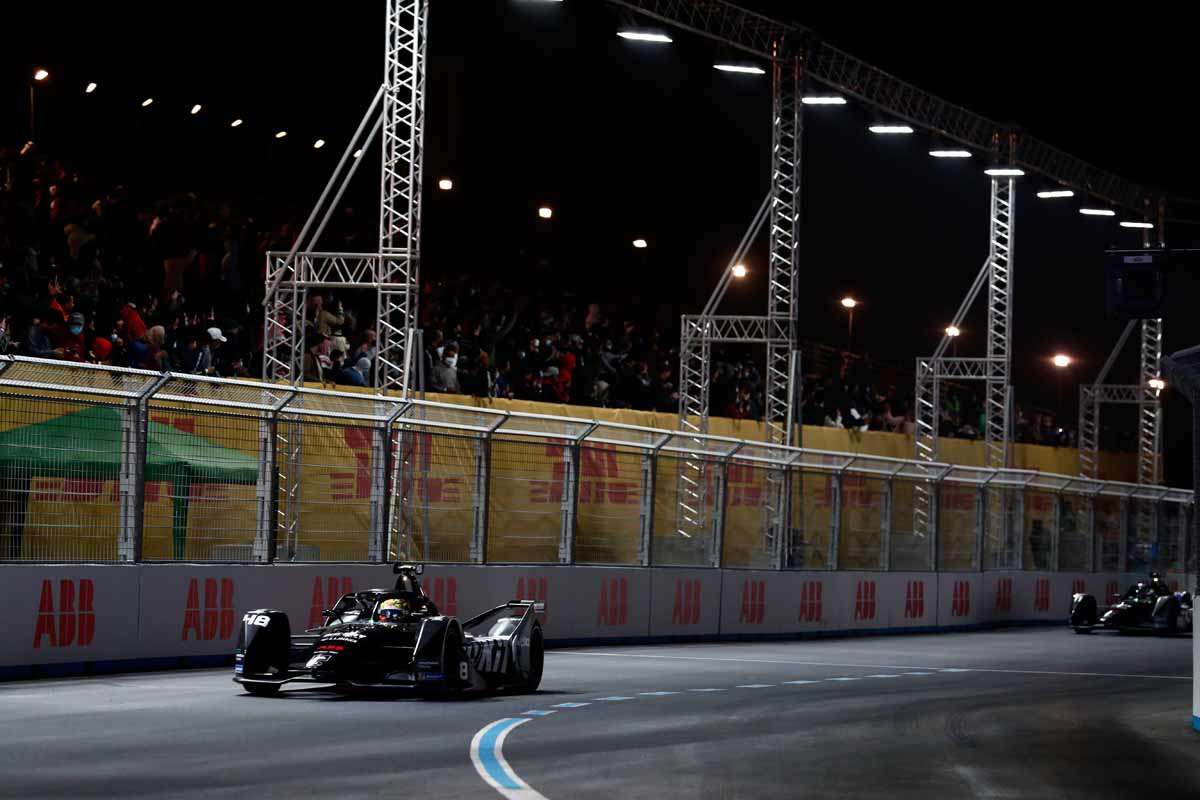 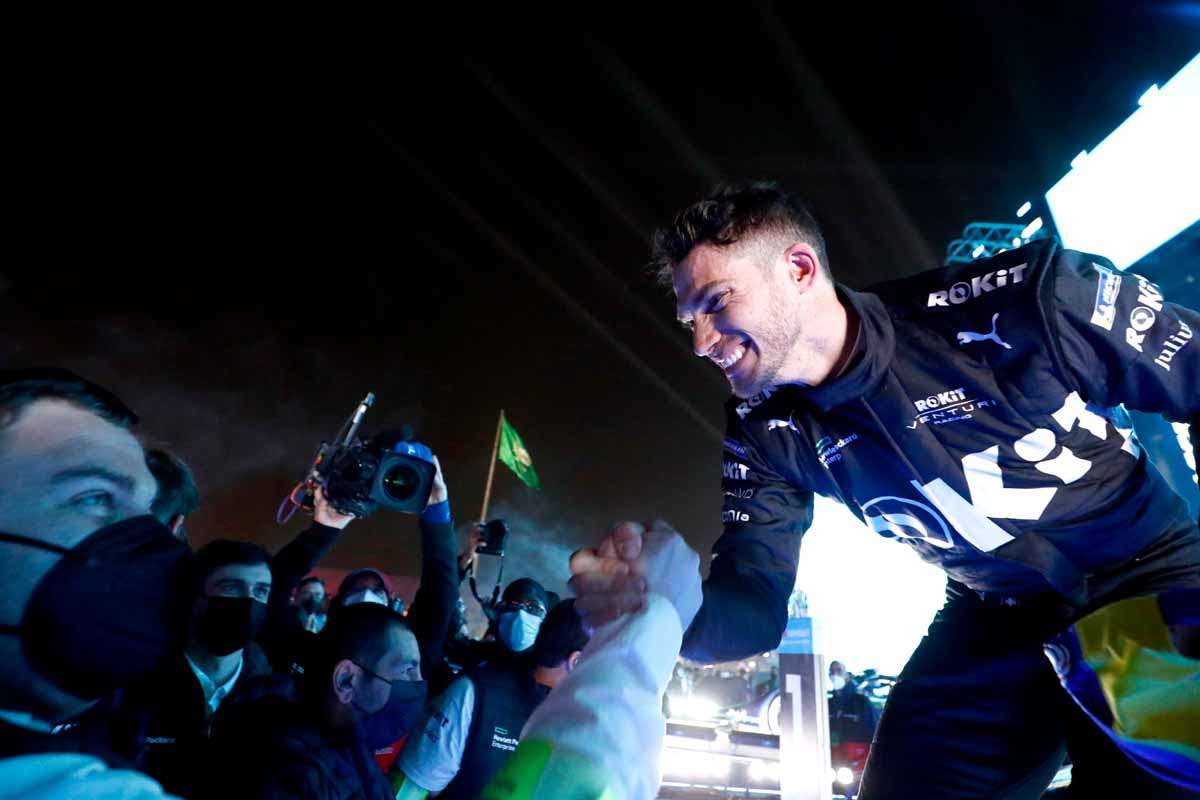 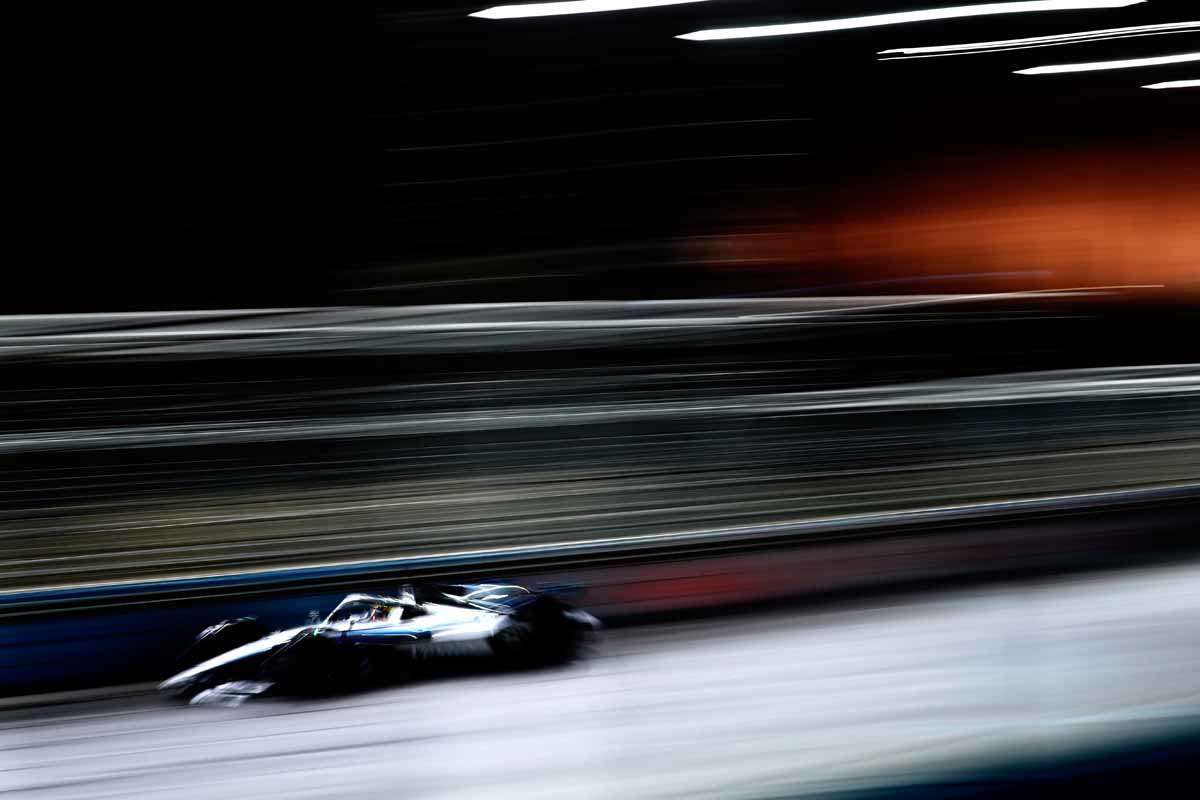 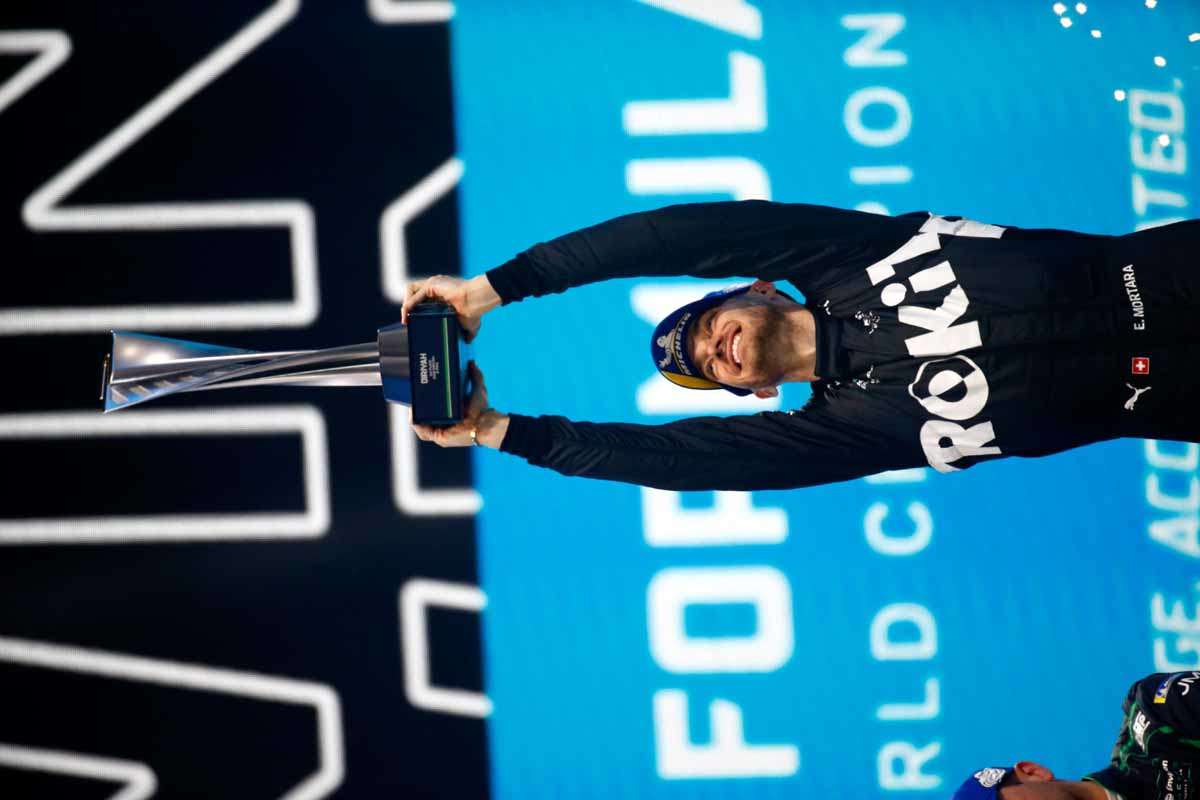 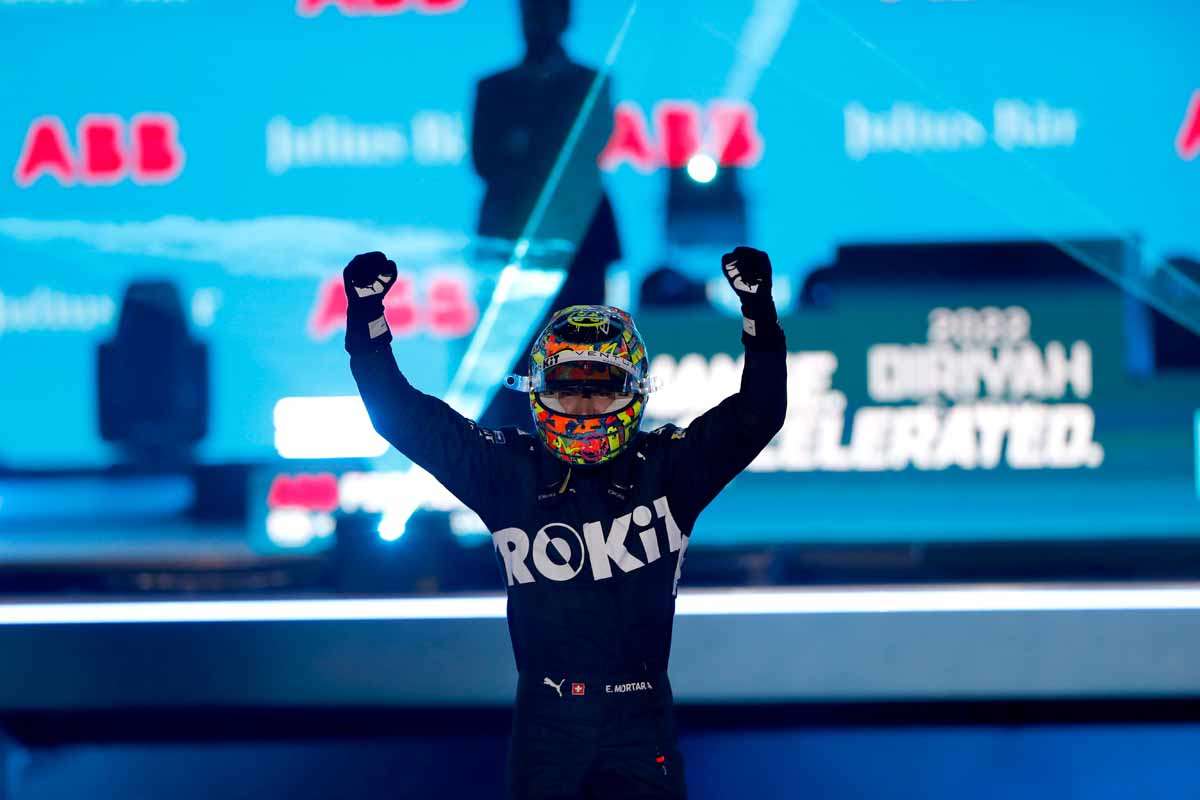 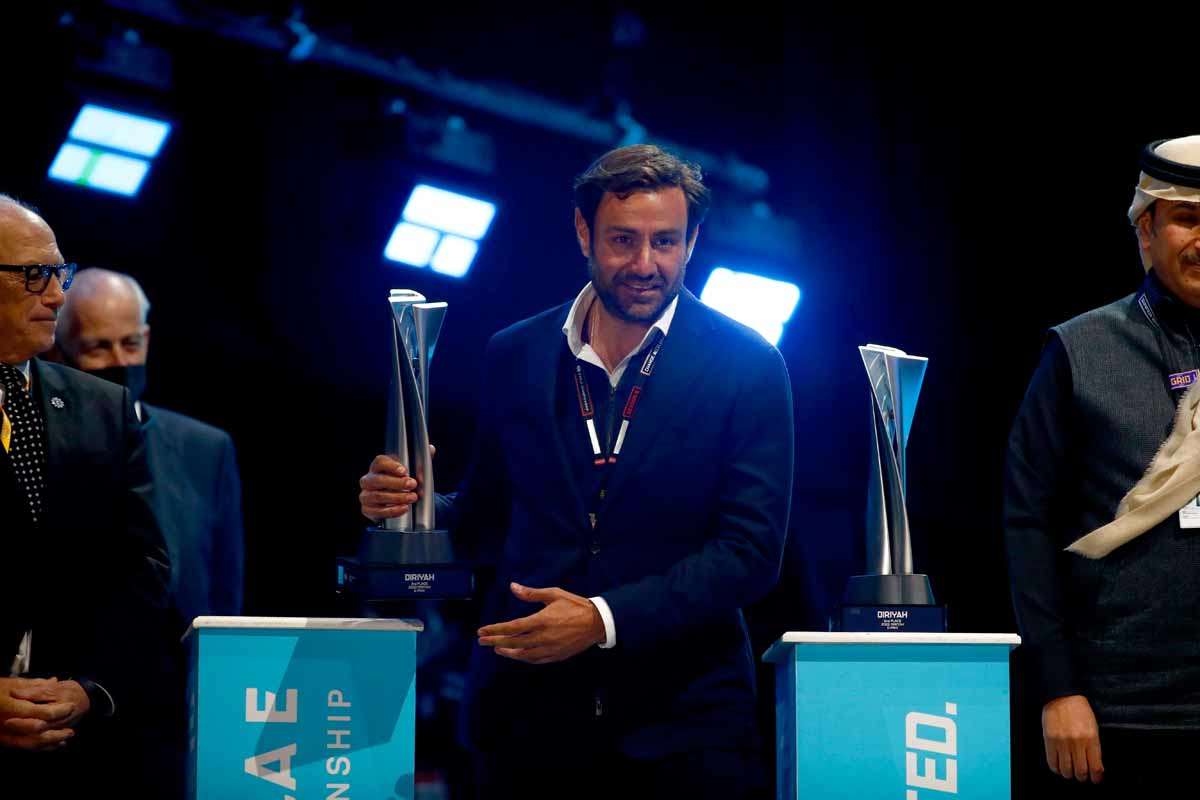 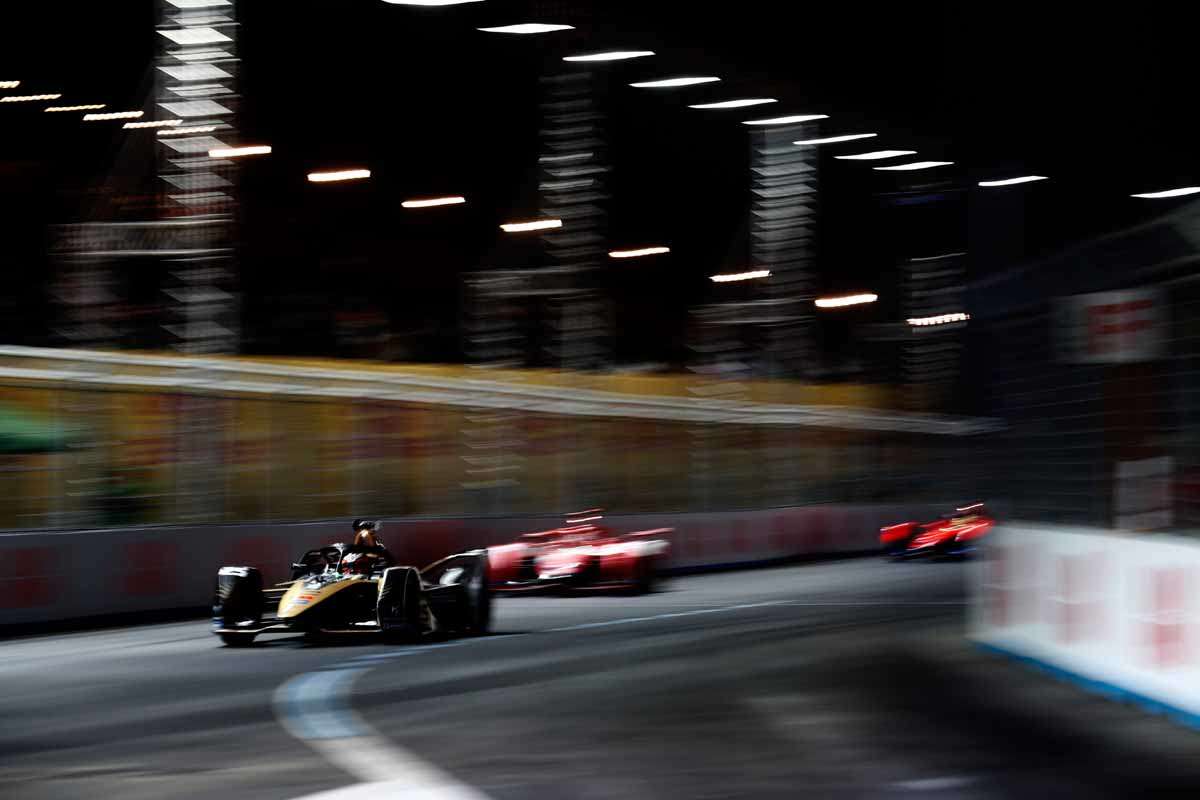 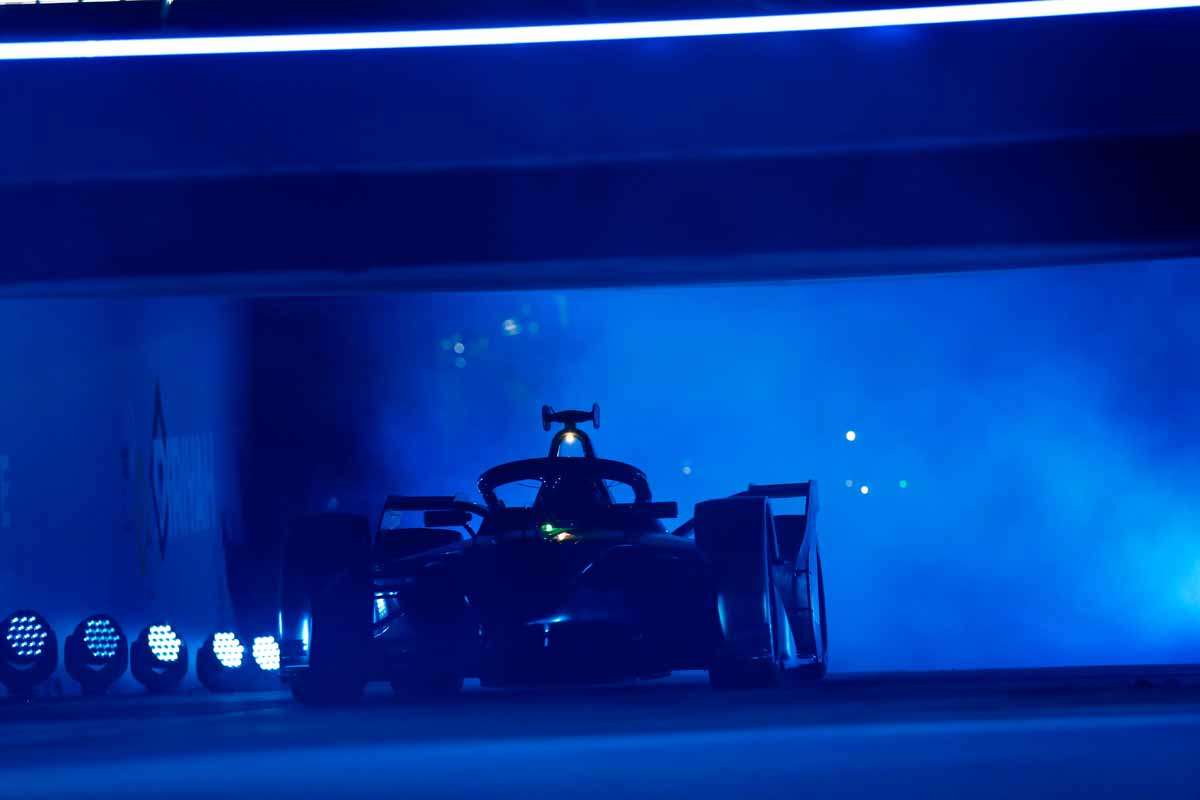 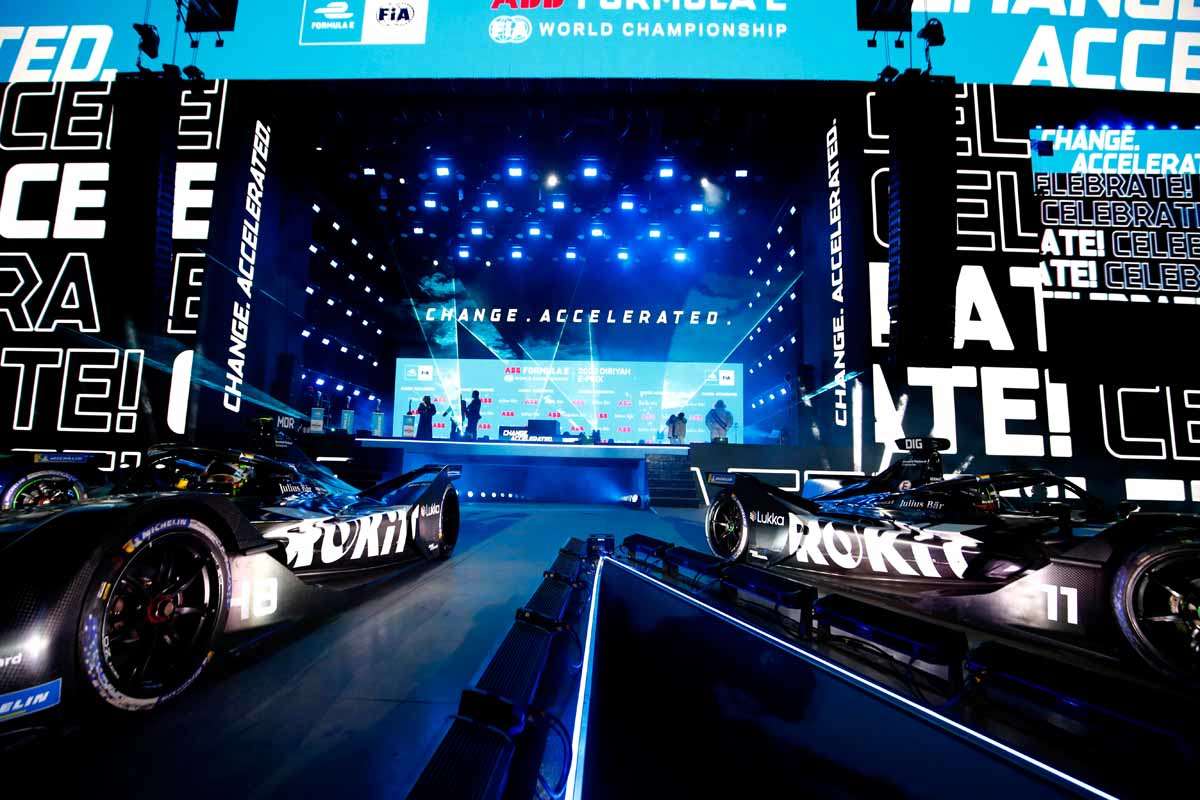 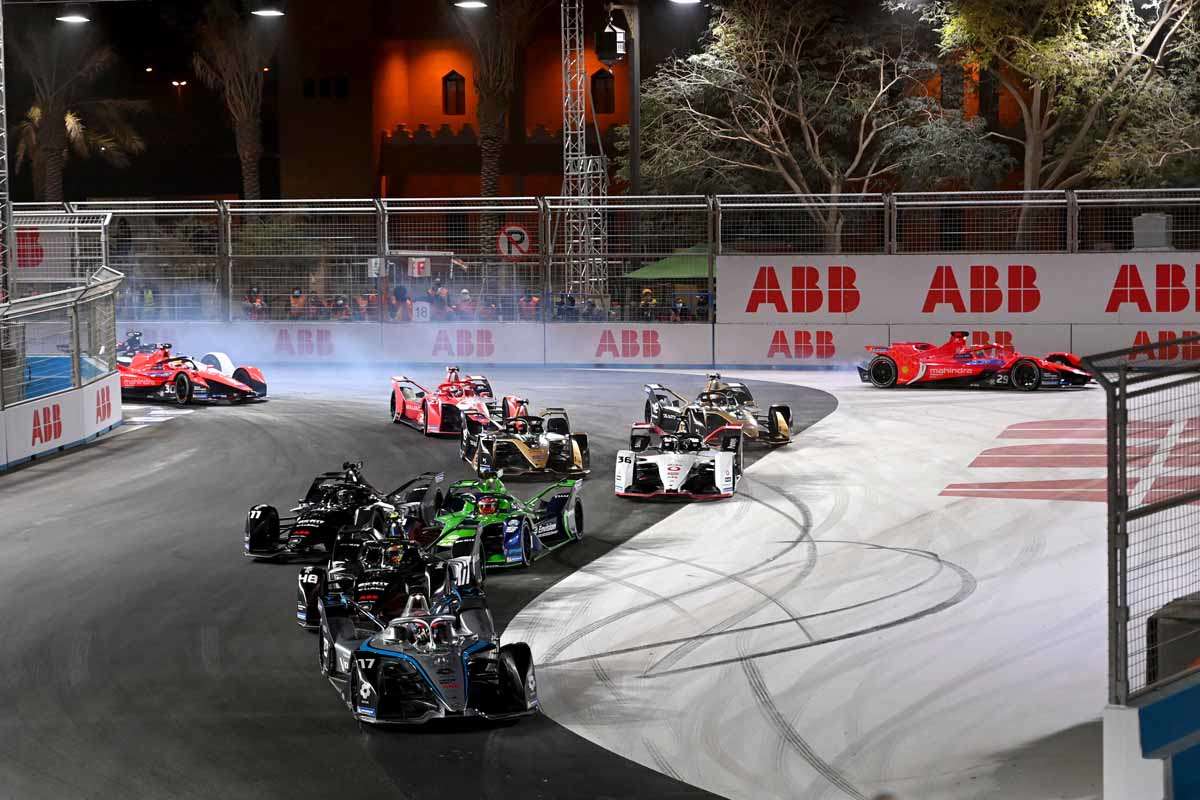