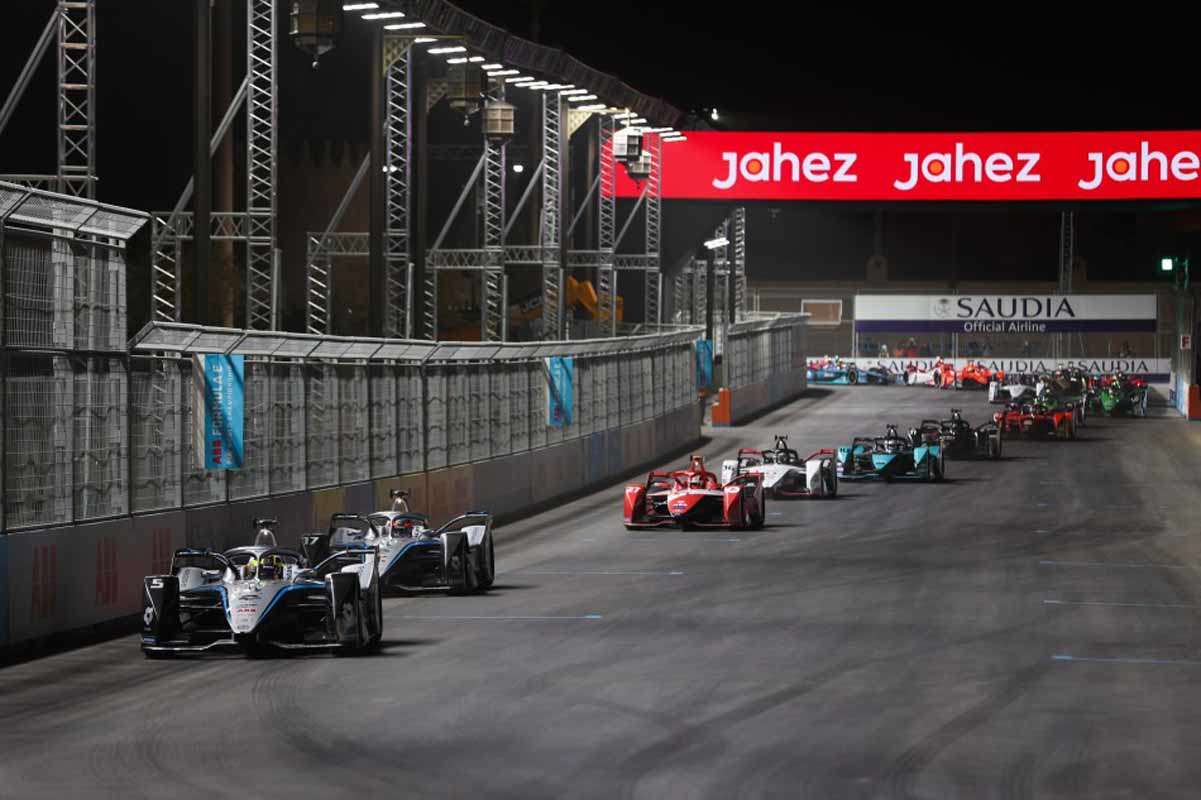 Reigning ABB FIA Formula E World Champion Nyck De Vries got his title defence off to the perfect start in Saudi Arabia this evening (28 January), taking advantage of a missed ATTACK MODE for stablemate Stoffel Vandoorne to seize the initiative and replicate his curtain-raising triumph from last season.

The Mercedes-EQ duo were on imperious form around the Riyadh Street Circuit, as the defending Teams’ title-holder sought to stamp its authority on proceedings right from the outset. From pole position – after prevailing in Formula E’s new Groups and head-to-head ‘knockout’ Duels qualifying format – Vandoorne looked to have matters under control early on as he held sway ahead of De Vries, who had leapfrogged front row sitter Jake Dennis (Avalanche Andretti) away from the lights.

The momentum shifted, however, when Vandoorne initially failed to activate his second ATTACK MODE, meaning he had to try again a lap later – and the loss of time was sufficient to elevate his Dutch team-mate into the lead. Although the Belgian kept the pressure on, it would prove to be the pivotal moment of the race, opening the door for De Vries to seal the third victory of his burgeoning career in the all-electric single-seater series.

The result represented a remarkable turnaround for the 26-year-old, whose weekend had begun with an impact with the wall on only the second lap of free practice, ruling him out of the remainder of the session. Fighting back to the top step of the podium proved that he will once more be a force to be reckoned with over the course of the campaign.

If the Mercedes pair were unquestionably the class of the field in the desert kingdom, Dennis did his best to keep them honest over the first half of the Diriyah ePrix. Having slipped behind TAG Heuer Porsche’s André Lotterer during the second round of ATTACK MODES, last season’s standout rookie thereafter had to dig deep indeed to reclaim the position, finding his efforts repeatedly rebuffed by the experienced German until he finally succeeded in forcing his way past.

The Briton duly secured the last spot on the rostrum, followed home by compatriot Sam Bird, a former winner in Saudi Arabia. The Jaguar TCS Racing driver was embroiled in an entertaining scrap throughout with 2016/17 champion Lucas Di Grassi – the Brazilian on characteristically fast and feisty form on his debut for ROKiT Venturi Racing.

Both men overhauled the fading Lotterer in the closing stages – Di Grassi producing an eye-catching late dive into Turn One – to cement fourth and fifth places at the chequered flag. Behind them, Edoardo Mortara in the second Venturi entry battled up the order from 12th on the grid to snatch sixth on the final tour from series sophomore Nick Cassidy (Envision Racing), who nonetheless tallied an extra point for posting the race’s fastest lap.

Two-time title-winner Jean-Éric Vergne finished eighth on a difficult day for DS Techeetah, as team-mate and 2019/20 champion António Félix da Costa retired on the opening lap due to suspension damage caused by contact.

Avalanche Andretti newcomer Oliver Askew – the first American to compete in Formula E in almost seven years – wound up an excellent ninth on his series bow having started down in 17th, with Mitch Evans rounding out the points-scorers for Jaguar TCS Racing in tenth.

After featuring up at the sharp end for much of the race and looking to be in contention for a podium position, Lotterer ultimately plummeted to 13th as Porsche struggled to maintain its early pace. Oliver Rowland’s first outing with Mahindra Racing, meanwhile, ended in the barriers following contact with Envision Racing rival Robin Frijns ten minutes in, bringing out the safety car and earning the Dutchman a drive-through penalty.

Nyck de Vries, Mercedes-EQ Formula E Team, #17, said:  “The result might be the same than last year, but the way we achieved it felt very different – obviously starting with yesterday tapping the wall in lap one didn’t help. It put myself and the team on the backfoot, then you have to rebuild your confidence and the conditions were very slippery, very different to last year. There is always a lot of track evolution, so you have to build it up in FP2 and then straight into qualifying. So I was actually very happy with what we achieved in qualifying, and then I knew we had a strong race car to capitalise on our qualifying position. We had great pace, the team did a great job and I was a bit fortunate with Stoff missing his ATTACK MODE, but at the end of the day it was faultless from our garage and we managed to win the first race. I am very pleased with the way we managed to win this race and start the season strong.”

Stoffel Vandoorne, Mercedes-EQ Formula E Team, #5, said: “I’m a little bit disappointed, I think it’s not bad to be disappointed with the second place today. I was leading the race, everything was under control, we had really strong pace in the car today – but then I missed the loop on the second attack activation which handed the position to Nyck. We were pushing each other, cruising away from the others and had a one-two finish for the team. It’s been a great team result. I can’t be disappointed, qualifying on pole in the first new qualifying format – to finish second today is a good one and we have another opportunity tomorrow. You can never have relief in Formula E. The nature of the Championship is so close that the moment you give up a bit of performance, someone else is going to be there. It is not a guarantee that we win today we win tomorrow, but we are going to try and do everything to repeat the performance in qualifying, and from my side do a bit better in the race.”

Jake Dennis, Avalanche Andretti, #27, said: “I felt quite comfortable behind the Mercedes, I think we were on the same strategy, things were looking quite good, but when the top four breakaway it isn’t the best being in third as it allows the car behind to have free attack zones. Andre (Lotterer) undercutting us ruined our race a bit, but I wanted a podium so bad today – we deserved it as a team. We tried it the first time, completely got it wrong, but the second time I learned from my mistakes and put it right, got the overtake done and then we pulled clear and tried to close down the Mercedes, but they were a little too quick in the end. We had a great race.” 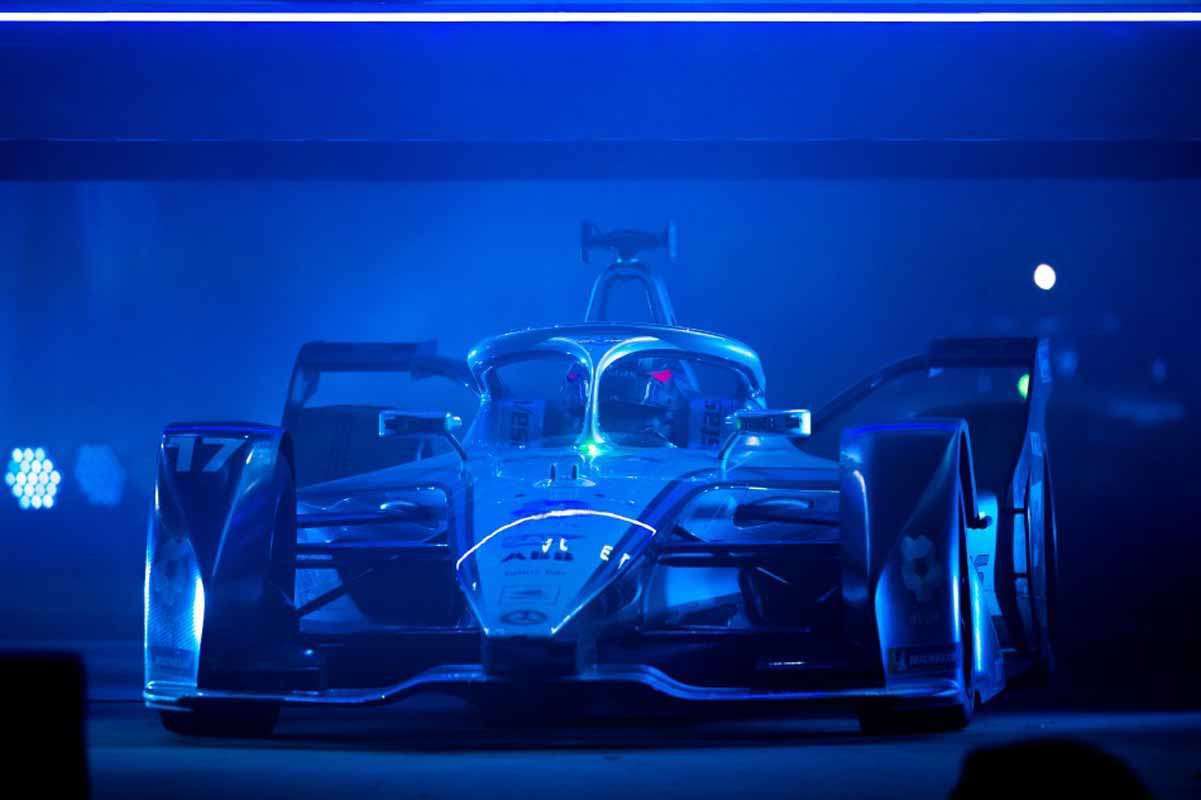 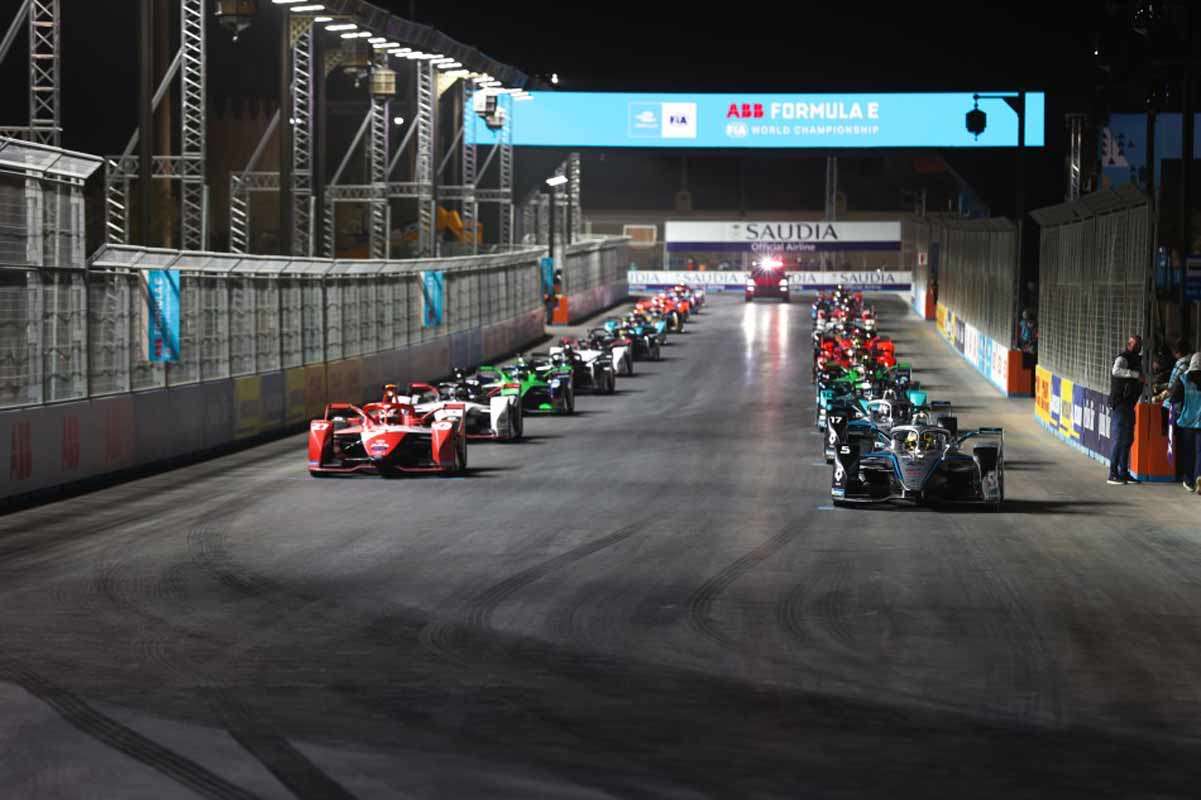 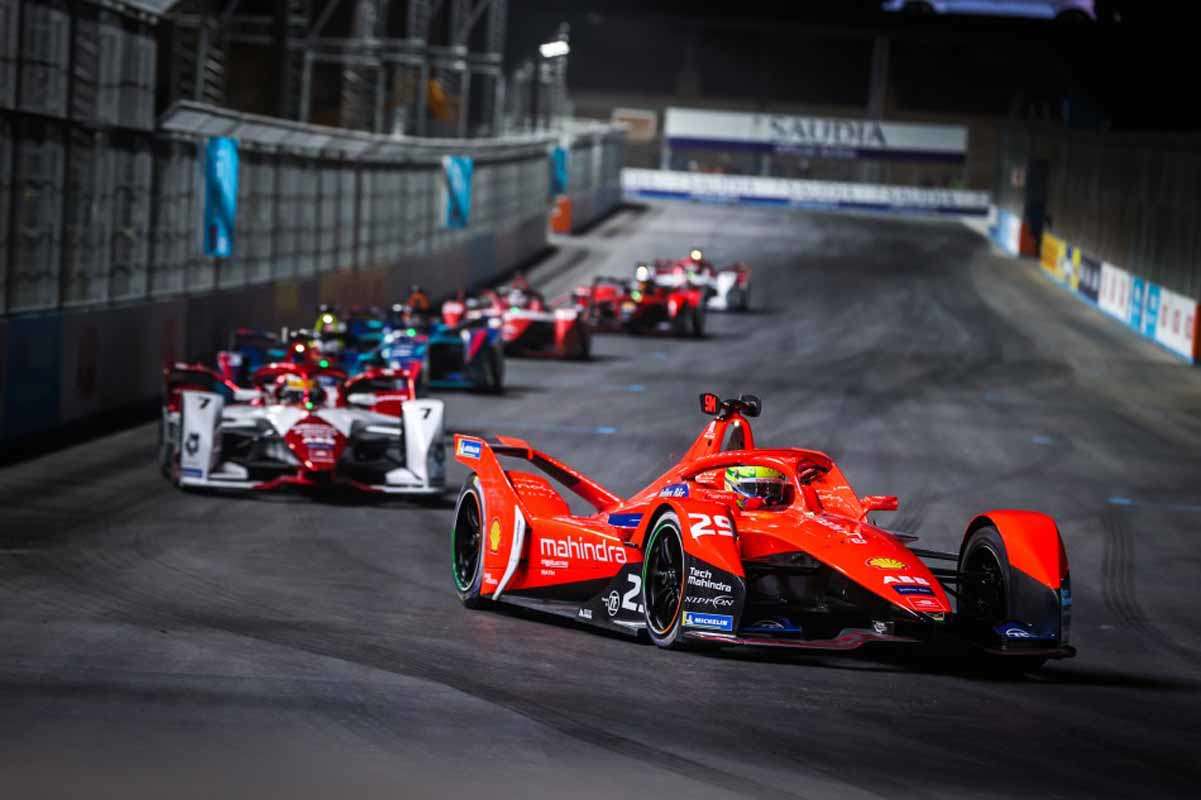 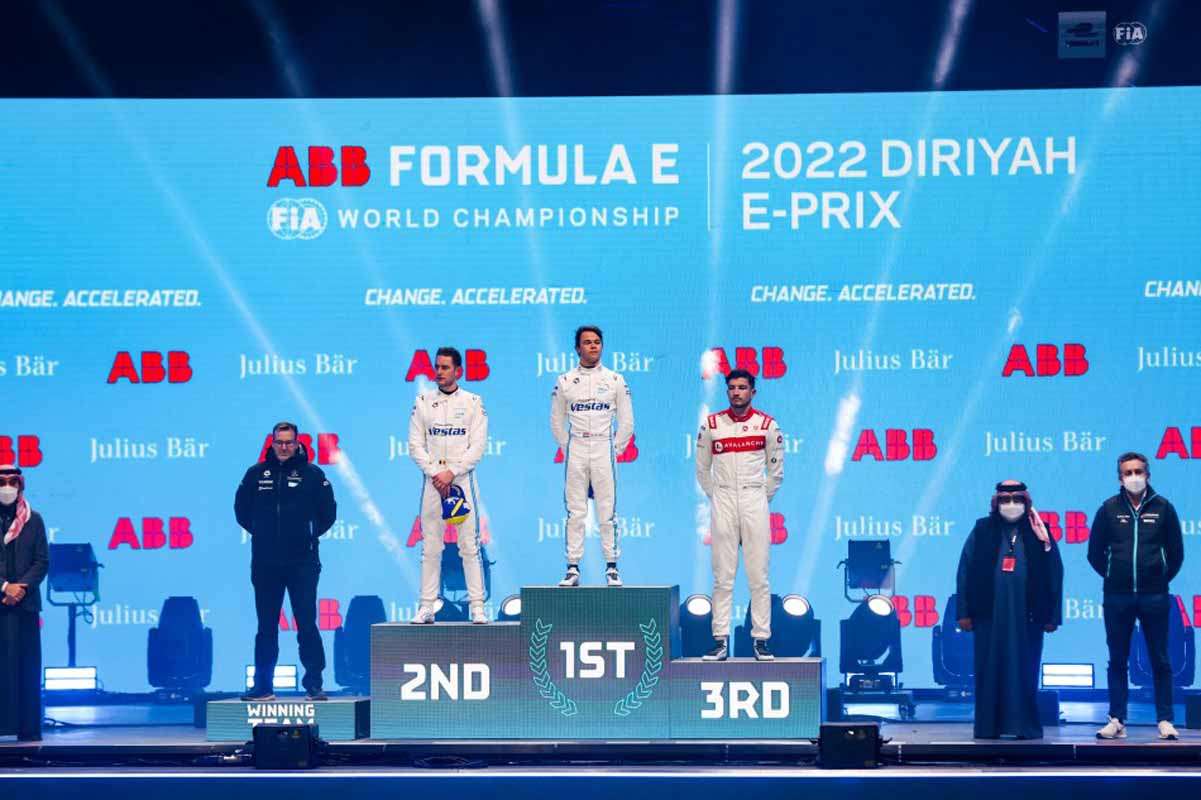 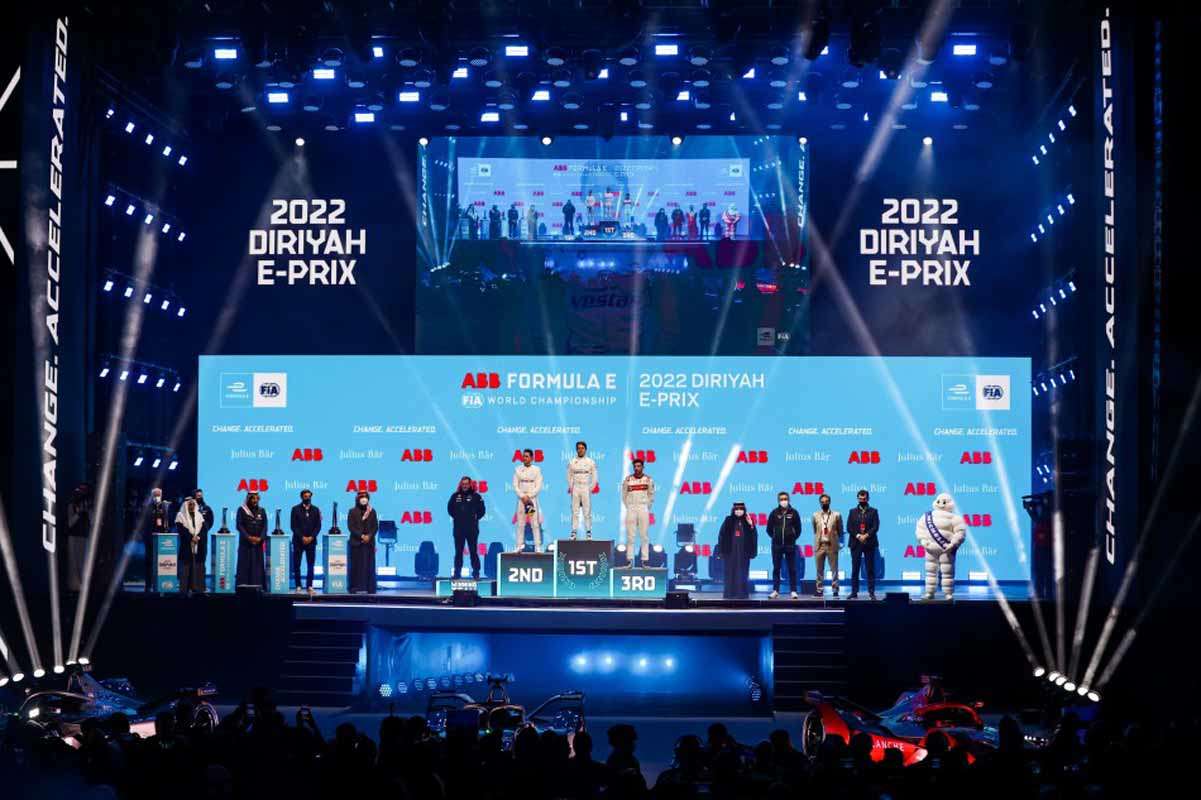 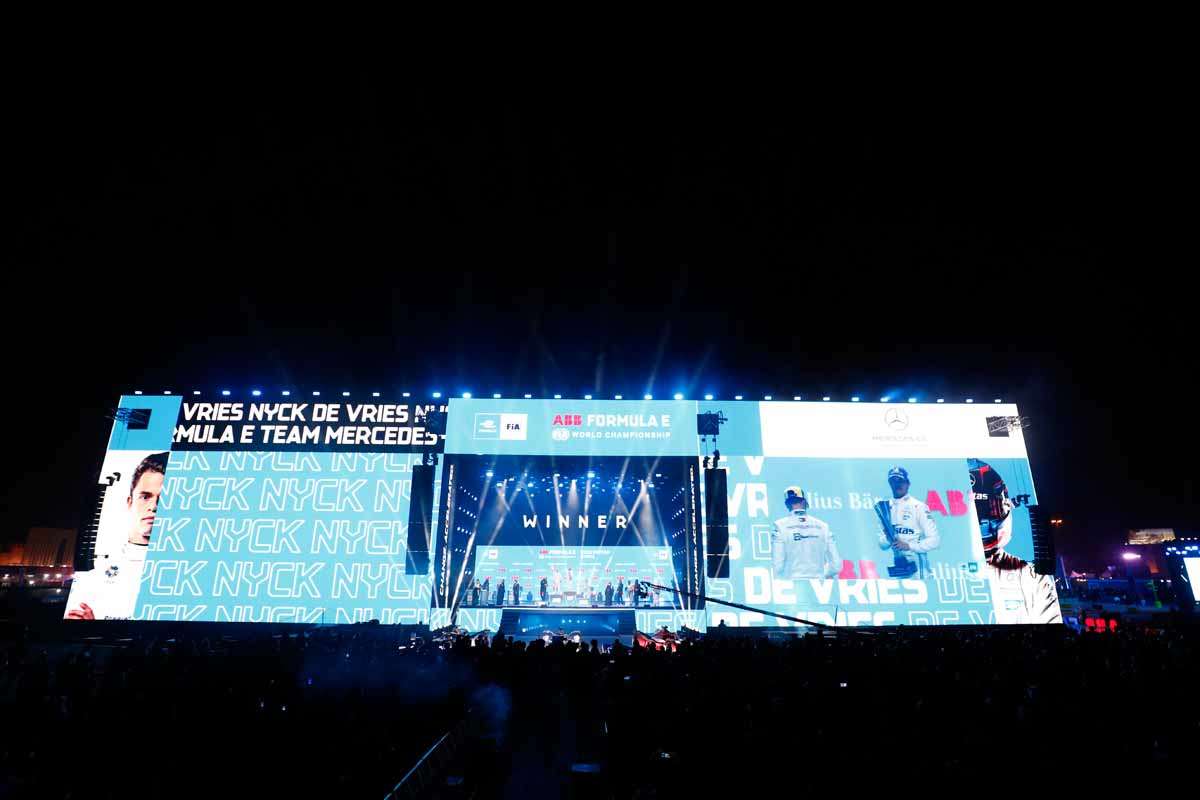 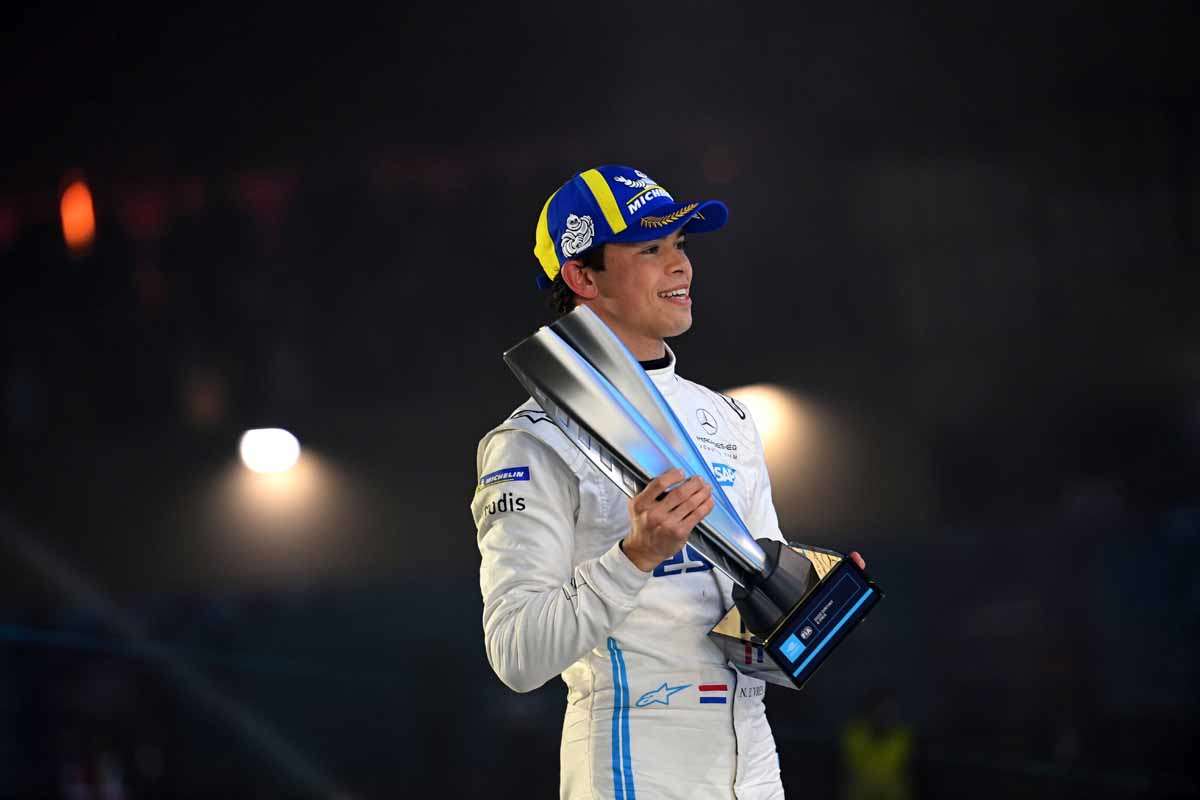 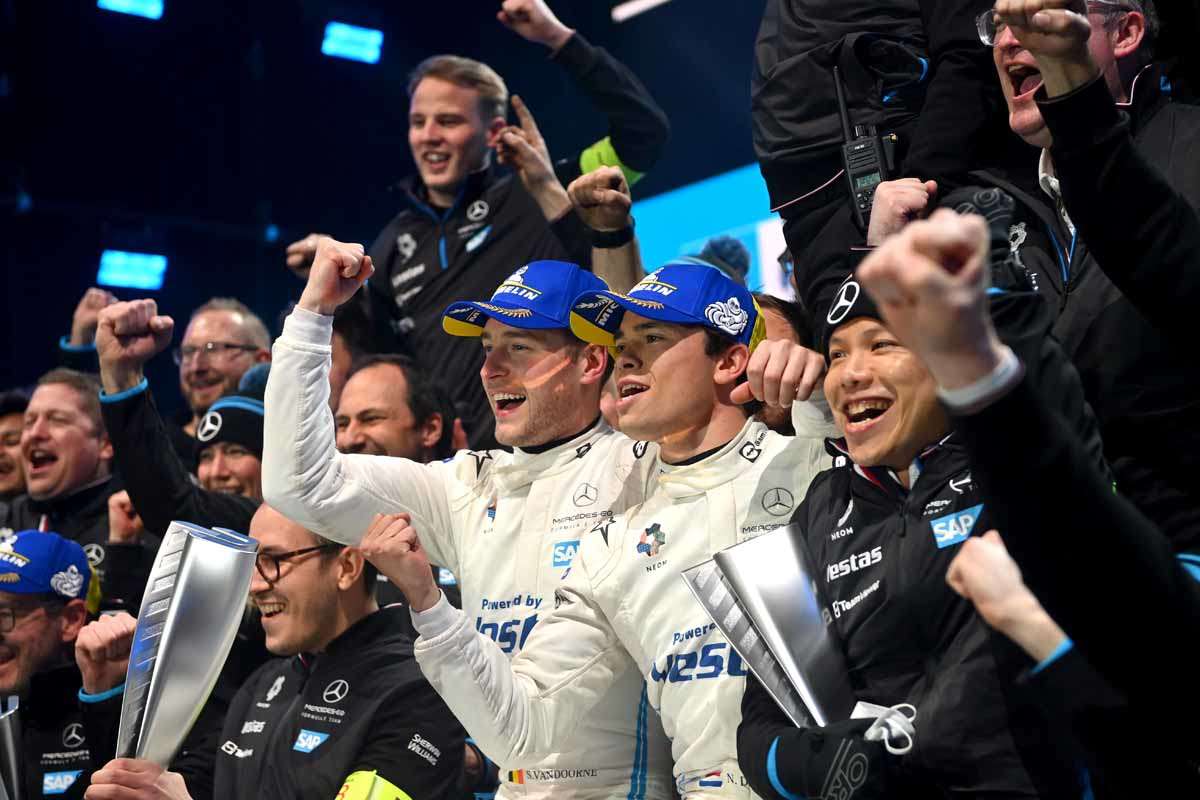 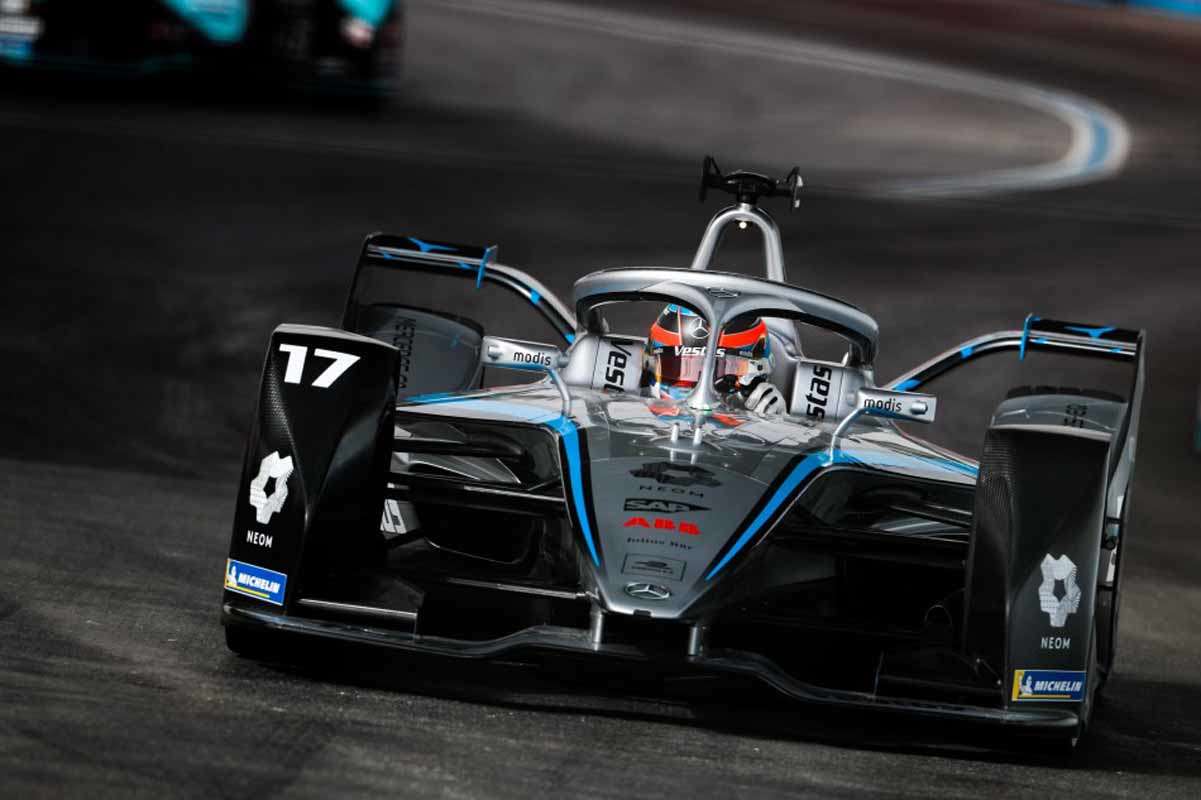 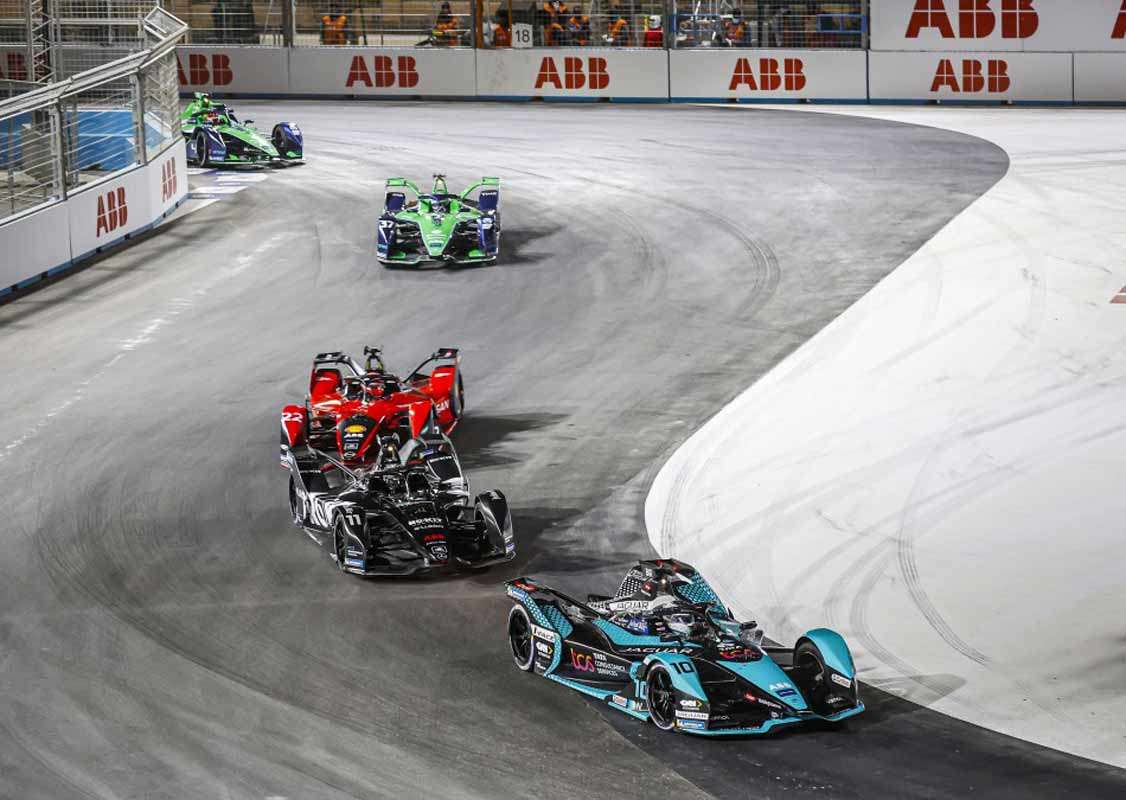 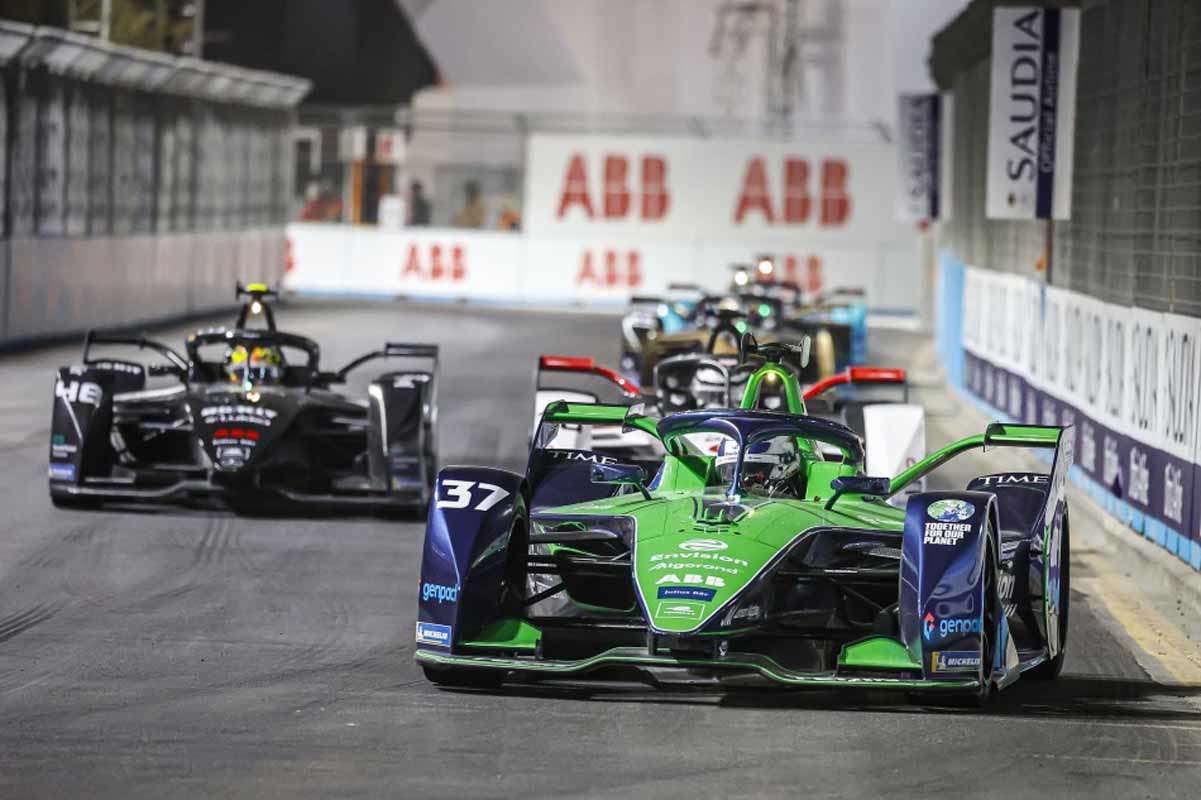