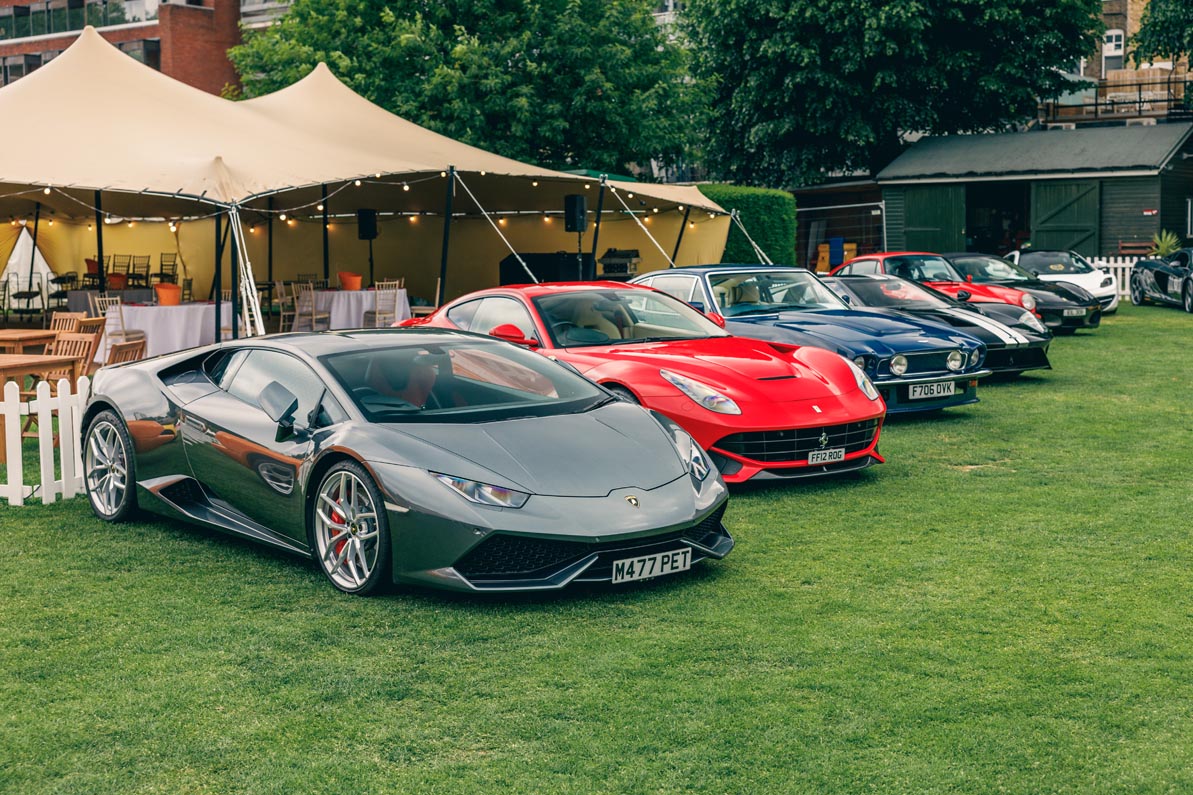 The London Concours, presented by Montres Breguet, has revealed the line-up of exotic supercars that will be on show in the heart of the City in just under a week’s time. A fantastic array of the most spectacular machinery will be on display during the three-day event, which will feature the ‘Pursuit of Speed’ class, comprising 15 of the most outlandish super and hypercars. A further 45 exotics will then roll into the Honourable Artillery Company grounds on the 30th of June, for the dedicated Supercar Thursday, sponsored by Amari Lifestyle and in association with Drivers Union. The range of exceptional cars – from the 1970s right up to the present day – will drive into the intimate central London setting, adding to the Concours’ already mouth-watering range of metal, which is set to span over 100 years of motoring.

The array of automotive exotica is set to include what for many remains the ultimate supercar: the inimitable Ferrari F40. Launched in 1987 at the relatively low-profile Civic Centre in Maranello, the F40 quickly captured the imagination of car fans around the world. The stripped-out, Pininfarina designed two-seater packed a 2.9-litre twin-turbocharged V8 that Ferrari officially rated at 470 bhp; in practice most believe it was producing slightly more – likely well over 500 bhp. Weighing just 1100 kg dry and with 426 lb/ft of torque to call on, the F40’s performance was fearsome; in the right hands it could hit 60 mph in 4 seconds and 100 mph in just 8, going on to a top speed of 201 mph. Handling was equally special, making it one of the most complete, involving drivers’ cars of all time. Its legend has only grown in the decades since its launch; 35 years later, the iconic F40 still possesses a unique magnetism. Our event, in under one week’s time, will offer a fabulous opportunity to savour this most iconic of Supercars, right in the heart of London.

The HAC will also play host to the F40’s direct successor, the Ferrari F50, which entered production in 1995, conceived to celebrate the Maranello marque’s 50th anniversary. After the wild, turbocharged F40 and 288 GTO, Ferrari returned to the purity of natural aspiration for the carbon-tubbed F50. What an engine it was; a spine tingling F1 derived 4.7-litre V12 driving through a 6-speed manual gearbox. Officially rated at 512 bhp, the F50 struggled in terms of outright performance when pitted against its older turbocharged brother. Such was the performance discrepancy between the two cars that journalists were not allowed to figure the F50 at launch. The relative lack of firepower contributed to somewhat mixed reviews in period. However, this high-tech, highly-strung supercar has been looked upon much more favourably in recent years, with that astonishing, highly-responsive engine and overall purity of driving experience more than making amends for a slight death in terms of outright grunt. Just 349 of the limited-run specials were built during the three-year production run. Today it sits among the all-time supercar greats.

Ferrari fans will also be excited to hear that the F40 and F50 will be joined by the Maranello ‘halo car’ that came next, officially code named the F60, more commonly known as the Enzo. Launched twenty years ago, the Enzo stood out as a technical tour de force when introduced at the 2002 Paris motor show, with a titanic 650 bhp, 485 lb/ft 6.0-litre ‘F140’ V12 – derivatives of which would go on to power numerous Ferraris in the decades that have followed – and an F1 inspired 6-speed Graziano automated manual ‘box. The Enzo packed performance back in ‘02 that wouldn’t look out of place on a supercar today: 0-60 mph in 3.1 seconds and a top speed of 217 mph. 400 of the Pininfnarina styled two-seater coupes were produced, going into battle with the period rivals, the Porsche Carrera GT and Mercedes-McLaren SLR. Those who took Ferrari up on the invitation to buy one back in 2002 – one had to be invited – for £450,000 made a very canny acquisition; Enzos now change hands for millions.

A very special iteration of an aforementioned Enzo rival will also be on show in under a week’s time: the Mercedes-McLaren SLR ‘MSO Edition’ – a special SLR variant honed an improved by the team at McLaren’s Special Operations department. The car on display is one of just 25 examples of the Gordon Murray designed hyper-GT that was overhauled and upgraded by the talented McLaren team. Works to improve and modernise the 5.4-litre supercharged machine included a weight-saving ceramic exhaust system that let the thunderous all-aluminium 617 bhp motor breathe more freely, liberating a savage V8 bellow – particularly in the largely unsilenced ‘straight through’ mode. The MSO edition cars also sported an uprated radiator for markedly improved cooling. Externally the SLR was fitted with new wheels, as well as new McLaren designed carbon-fibre front and rear bumpers – significantly increasing downforce vis a vis the original cars. The team at MSO also worked their magic on the dynamics of the SLR, revising both the shocks and dampers, as well as fine tuning the steering, all to deliver more precise, more ‘McLaren’, handling. The event next week will offer a fantastic chance to pore over this dramatically styled, uniquely evolved supercar.

The show will also feature an extreme incarnation of perhaps the archetypal supercar, the Lamborghini Diablo, in optimised SV form. A iconic poster car to rival even the F40, the low, wide and bewinged SV will add further visual drama to the line-up on show at the HAC. The SV or Super Veloce – was introduced by Lamborghini back in 1995, reviving the SV moniker for the first time since the hallowed Miura SV of the early ‘70s. The Diablo SV was firmer, lighter and more aggressive than the standard Diablo – Italian for Devil – already a fearsome proposition, while also being strictly rear-wheel drive. The breathed upon 5.7-litre V12 put out 510bhp in SV trim, some 35bhp more than in the standard car, driving through a 5-speed dog leg open-gated manual, and gargantuan 335-section rear Pirellis. Despite being just two-wheel drive, the SV could sprint to 60 mph in just 3.9 seconds and hit 204 mph flat out. With VW and Audi taking the company’s reins in 1998, the raw SV can be seen as the last of the breed of true Lamborghinis – a wild swansong for the sant’agata marque’s old-school supercar era.

These fantastic supercars and many more besides will be on display in just under a week’s time. Two special, supercar focused Concours trophies will also be up for grabs at this year’s event. The first, the Supercar Thursday Trophy will see one of the 45 ‘Supercar Thursday’ exotics chosen by the London Concours judging panel as the most exceptional of them all. The second award, the Drivers Union Trophy, will see the owners themselves select the supercar they would most like to drive home, aside from their own.

“We’re delighted to reveal more of the exotic machines that will take on a starring role at our event in just under a week’s time. Supercars are always central to the London Concours, and we know just how popular they are with our guests. We’ve pulled out all the stops this year to put one a show like never before, with great support from our partners Drivers Union and Amari Lifestyle. The 6th edition of our automotive garden party will feature the most spectacular range of automotive exotica yet – it certainly isn’t one petrolheads will want to miss.

“Away from the cars, visitors will be treated to a delectable array of food and drink options, as well as a painstakingly curated line-up of luxury brands and boutiques. London Concours 2022 is set to once again be an occasion of total indulgence; proving once again why it’s the Capital’s ultimate automotive summer garden party. We really can’t wait to welcome everyone to the HAC next week.” 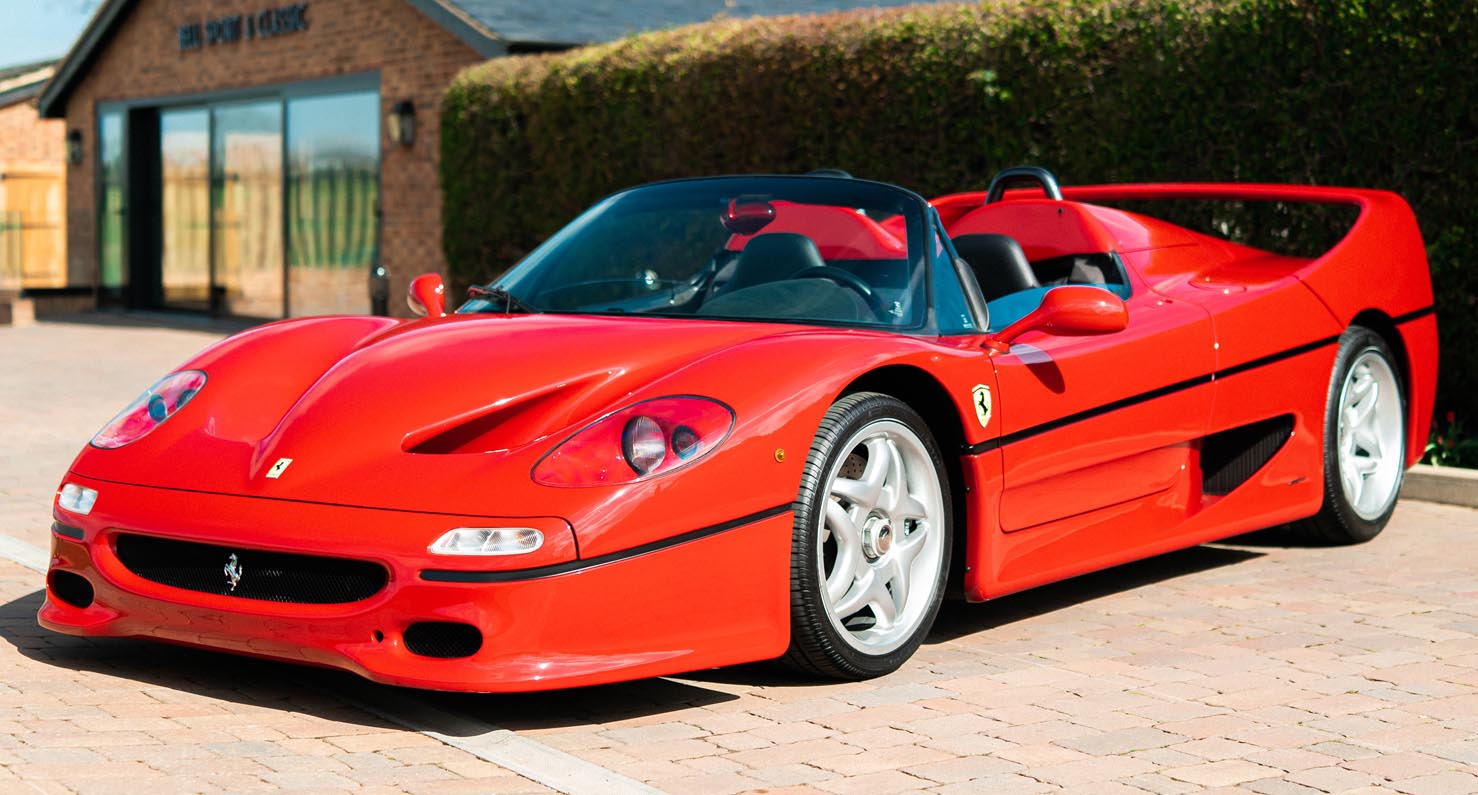 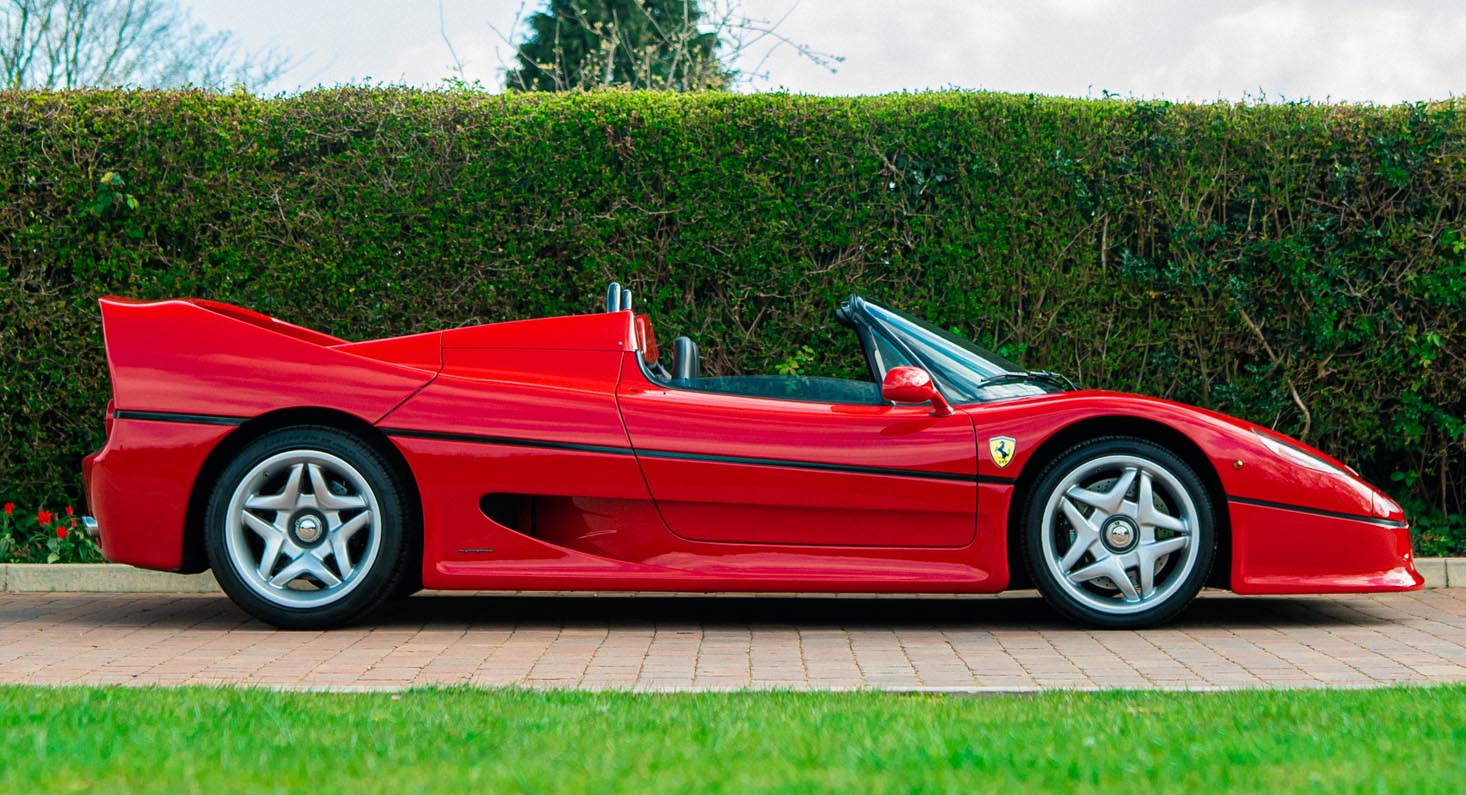 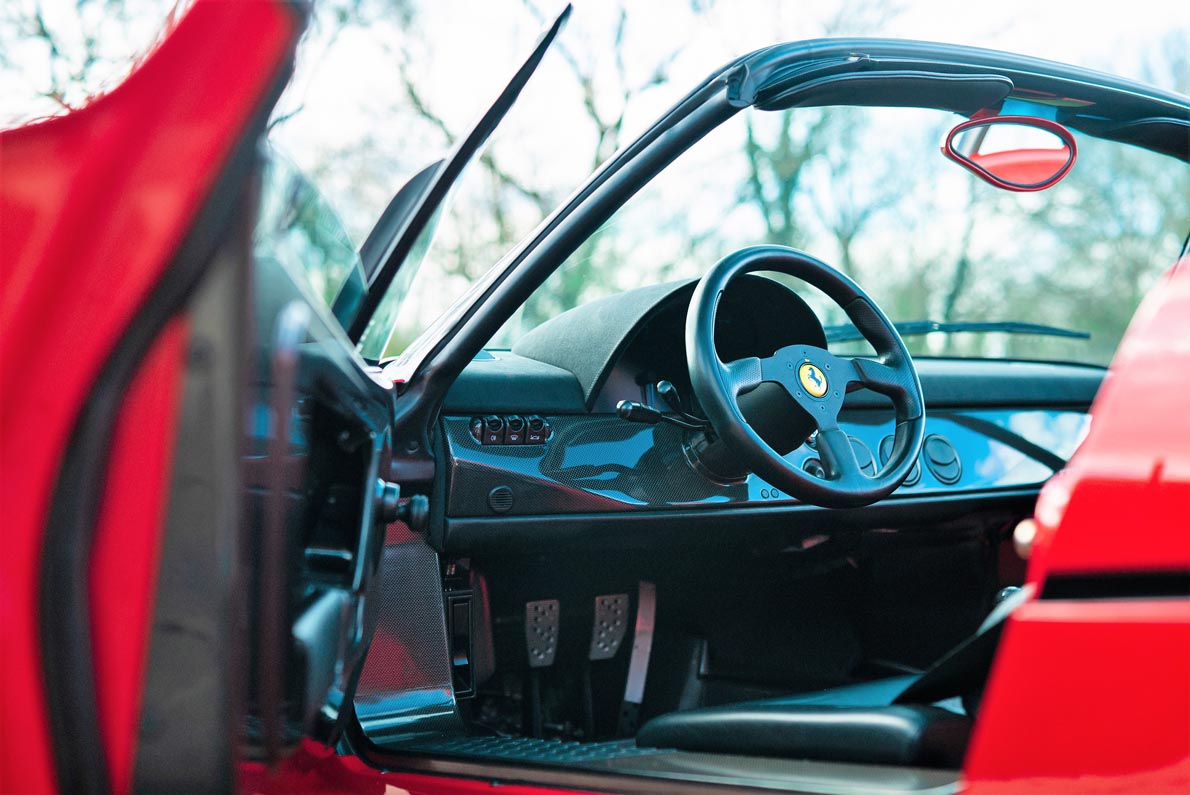 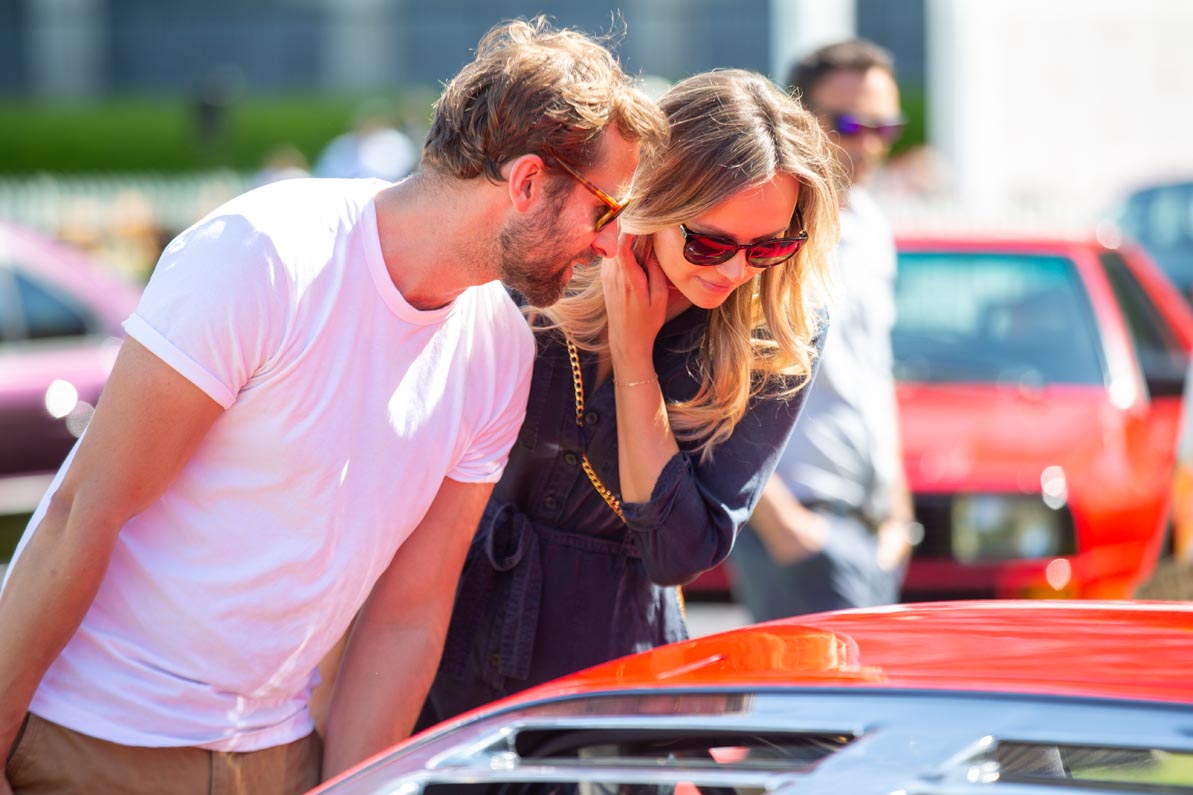 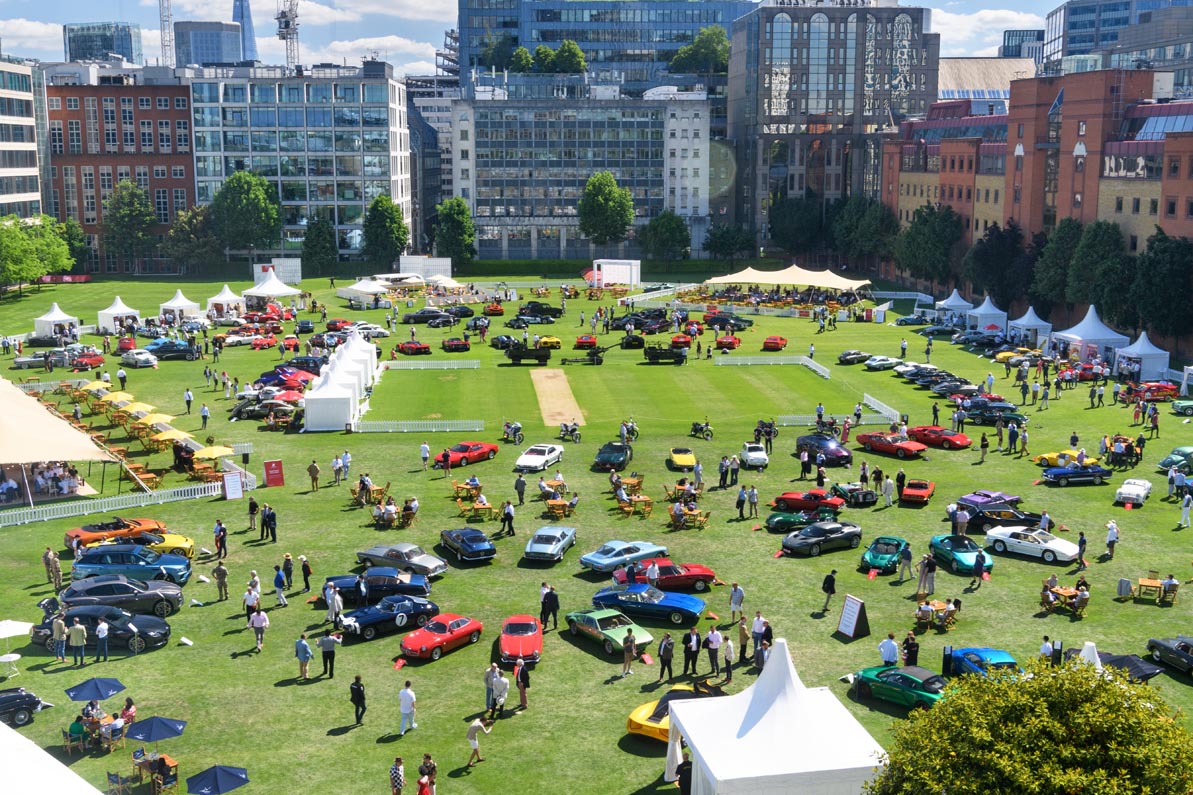 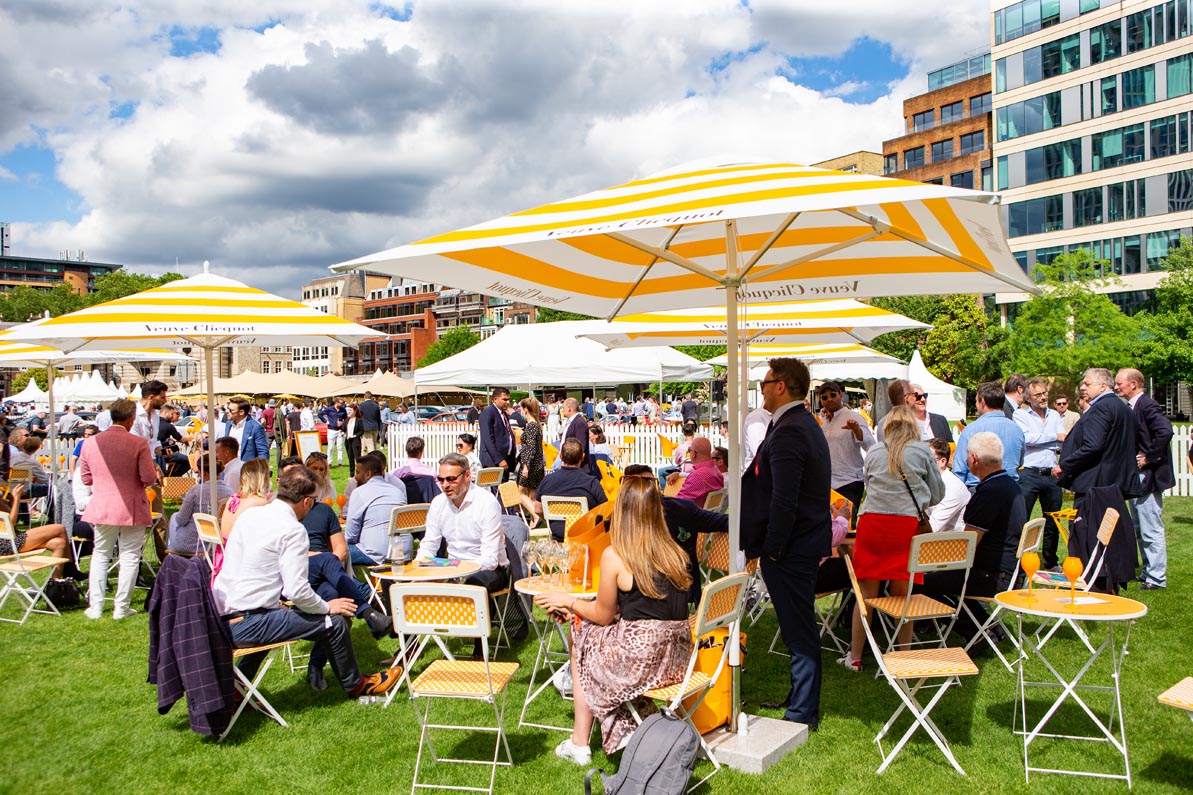 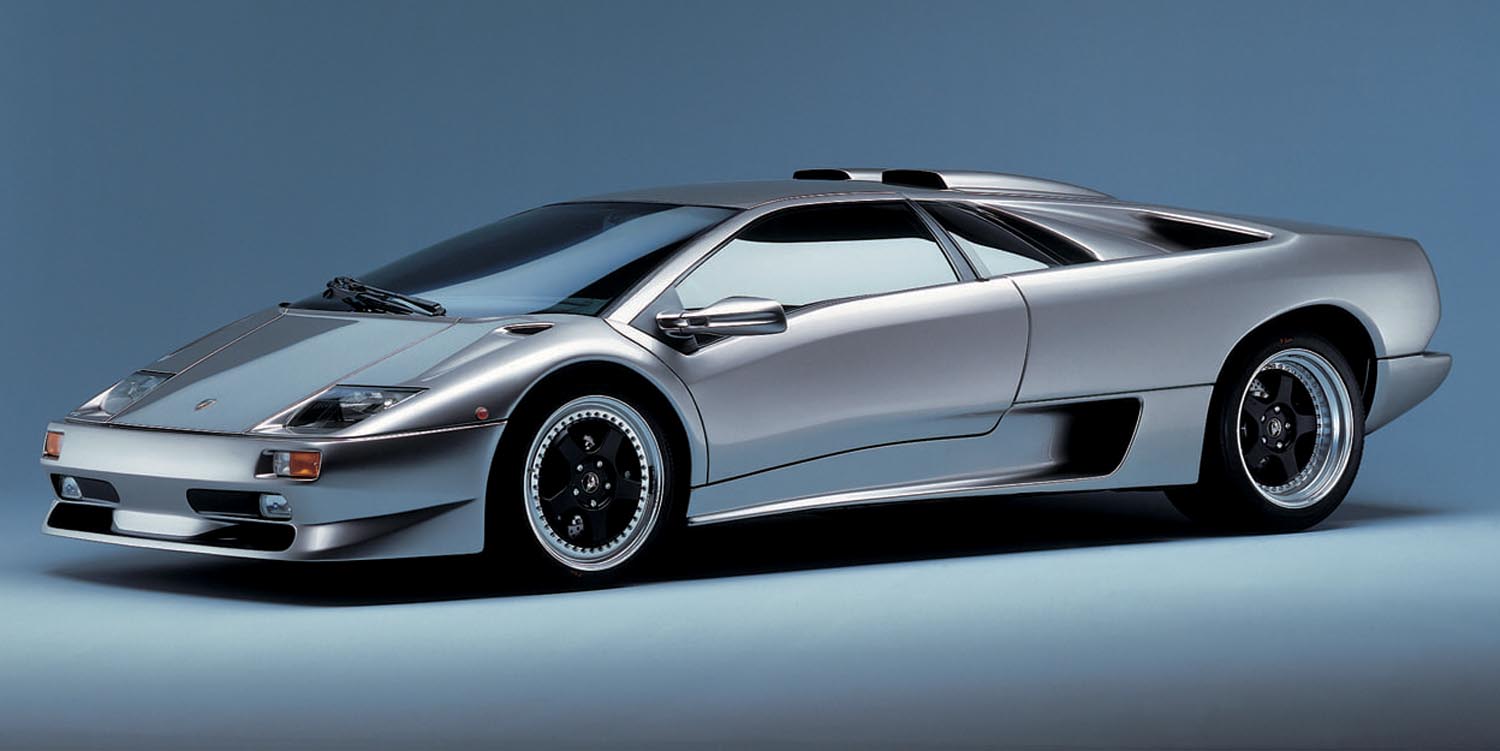 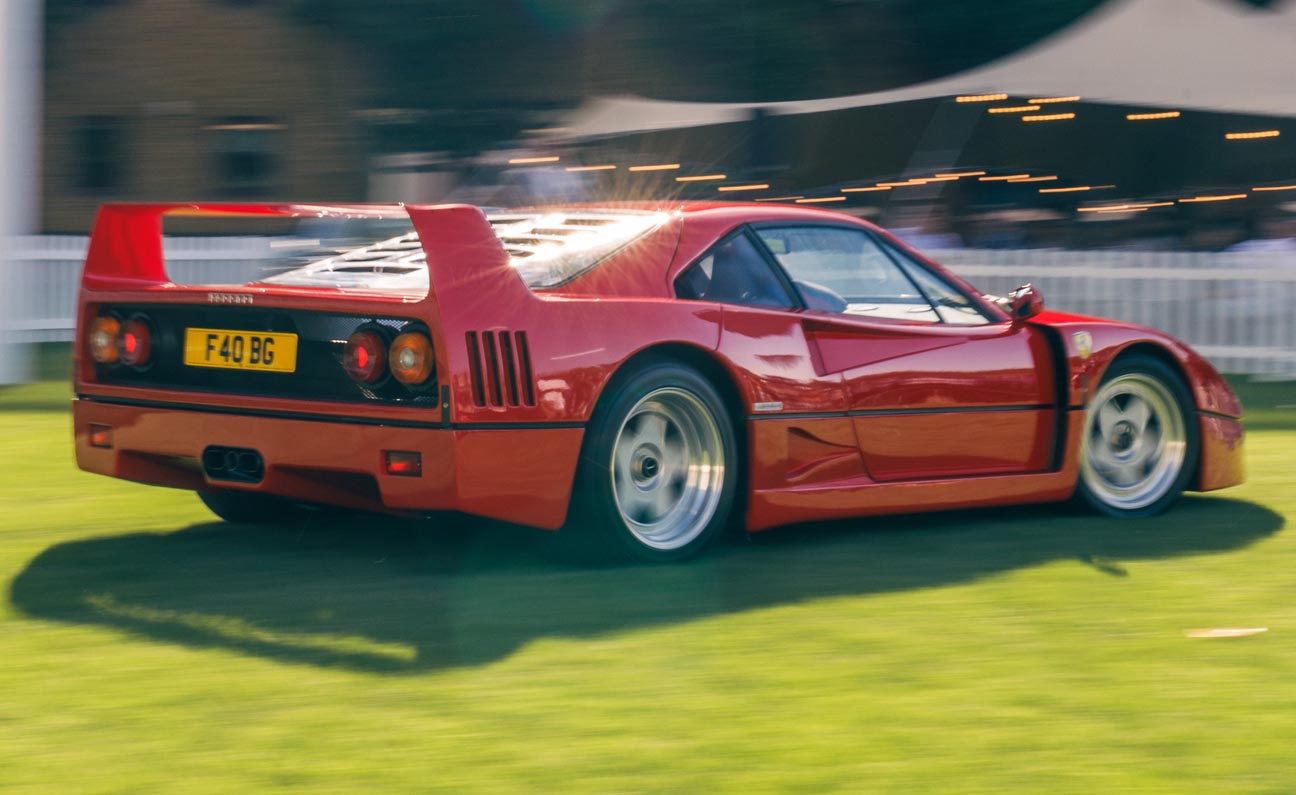 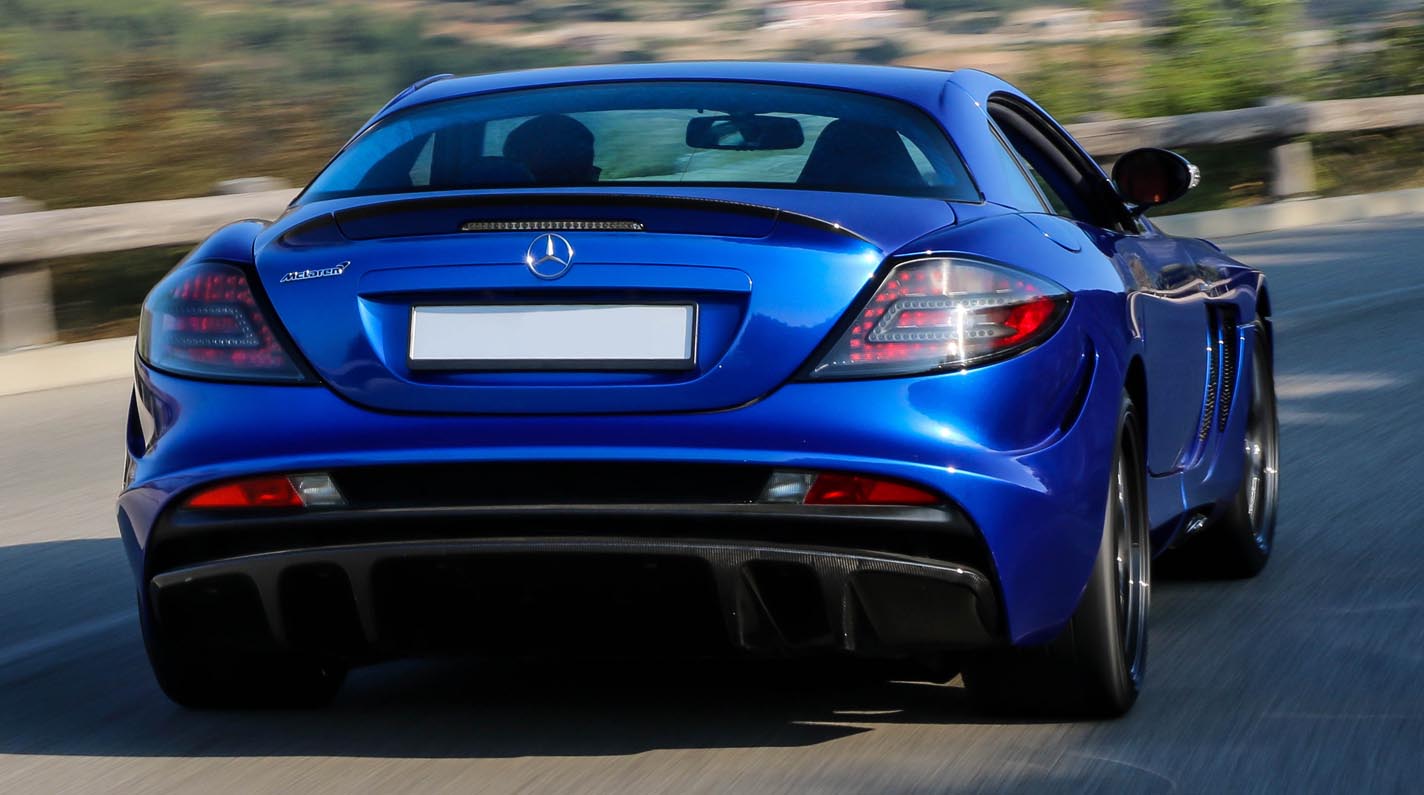 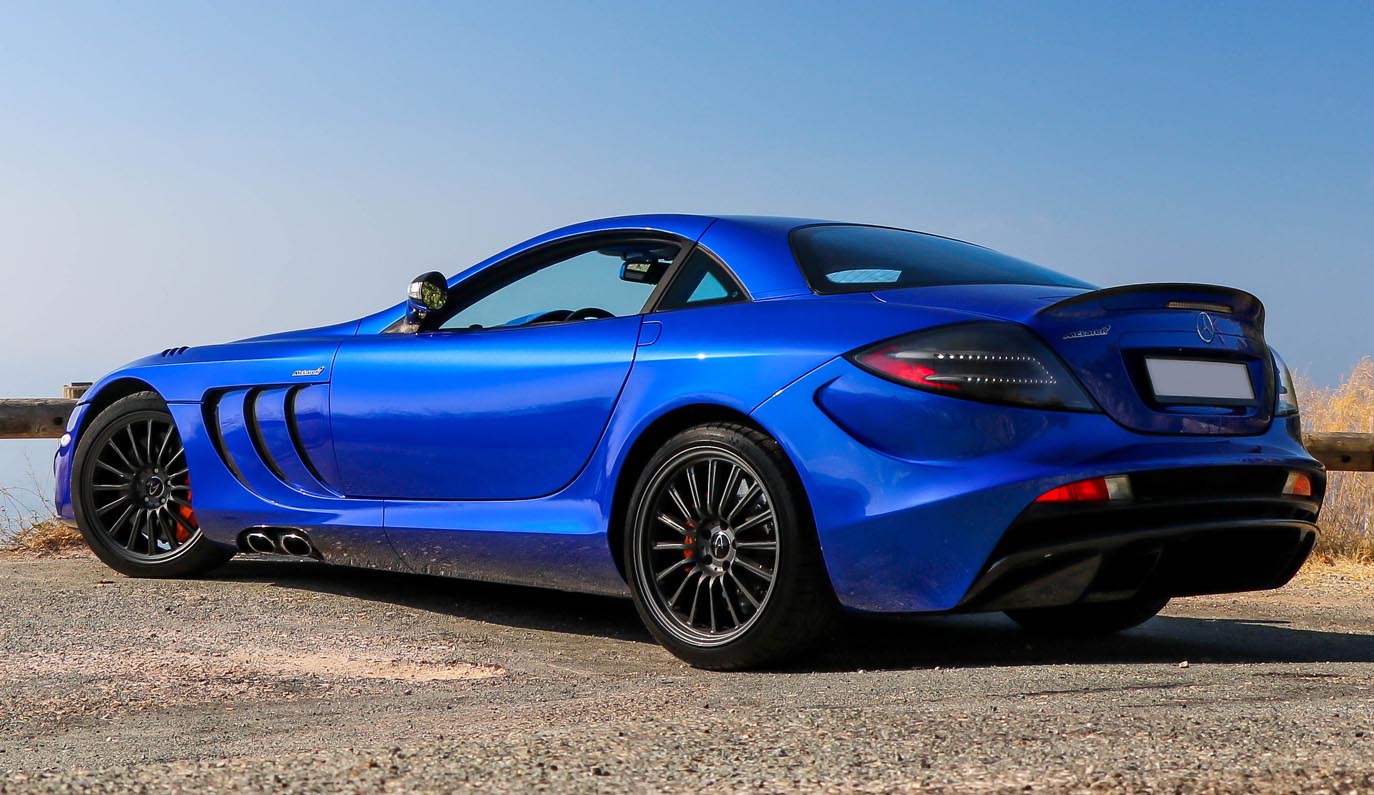 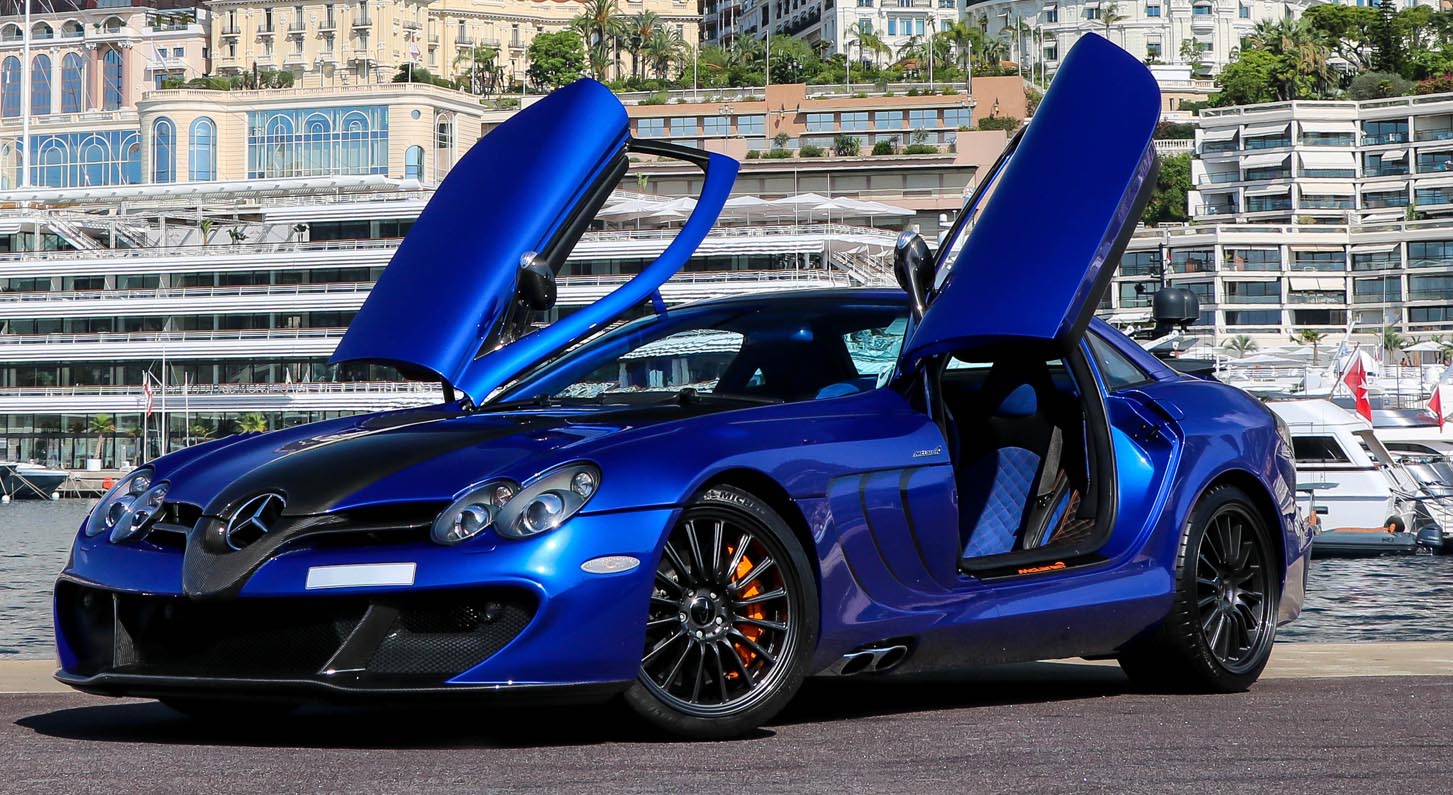 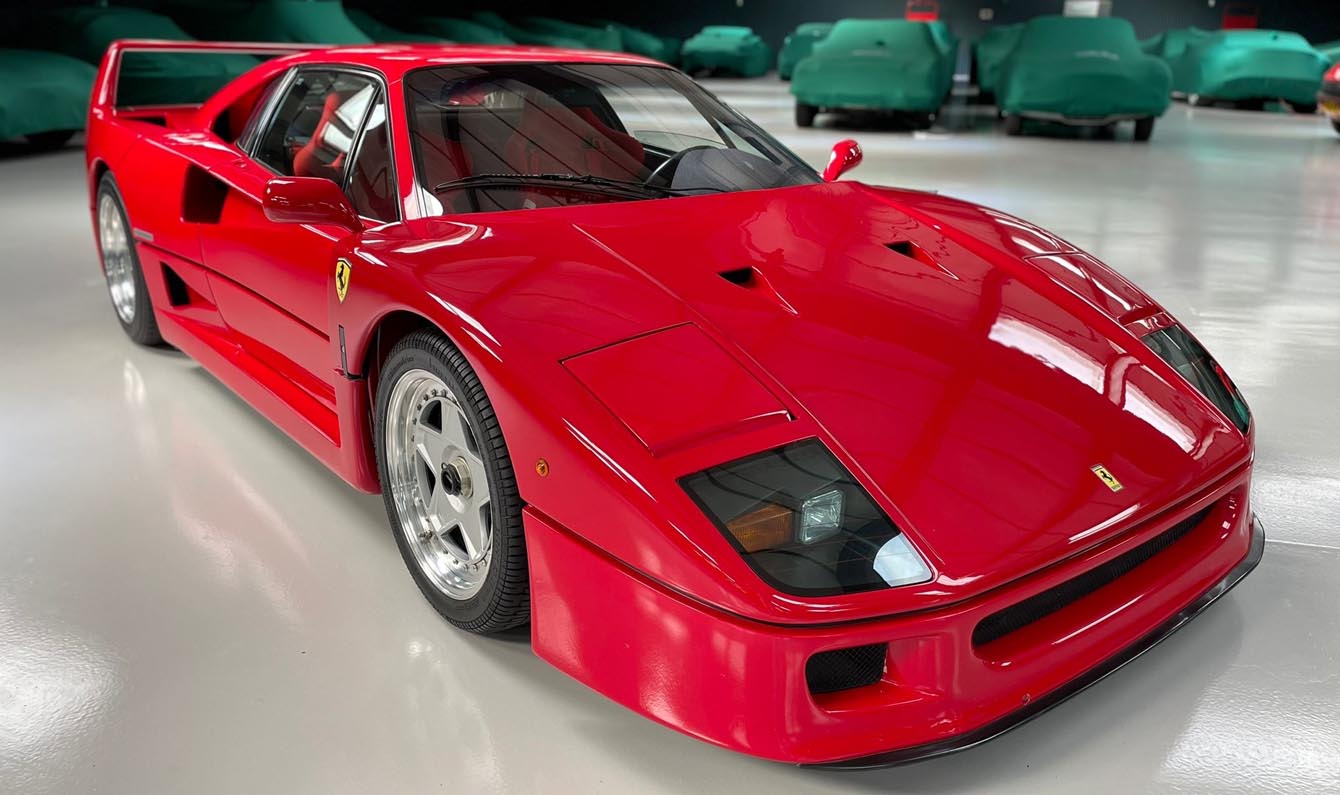 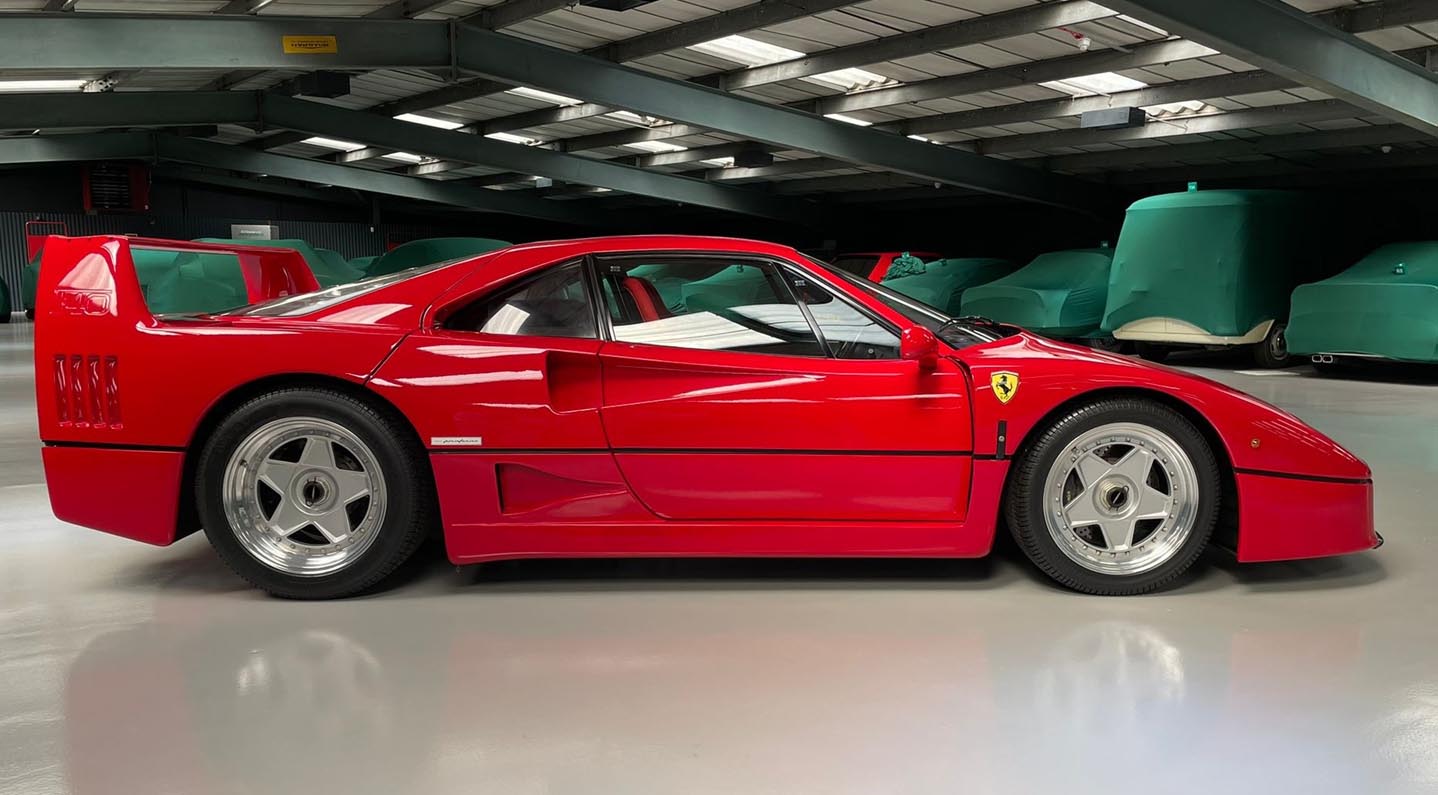 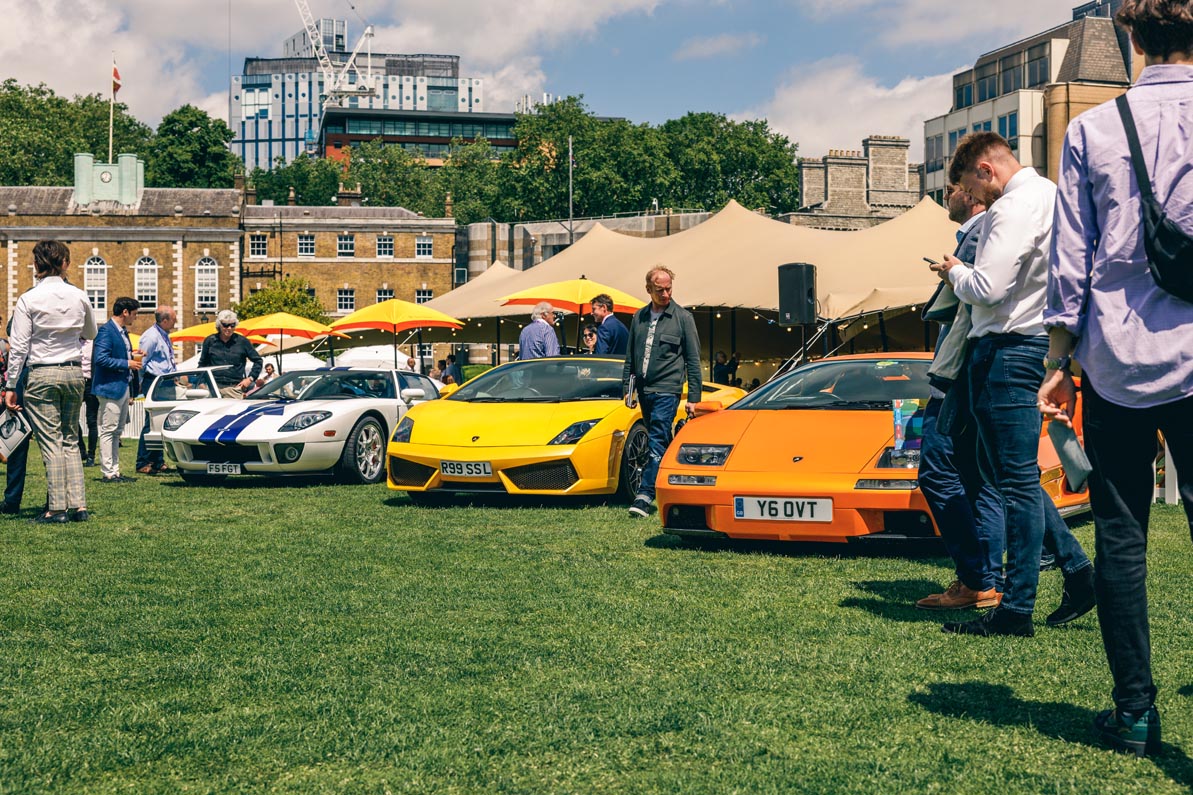 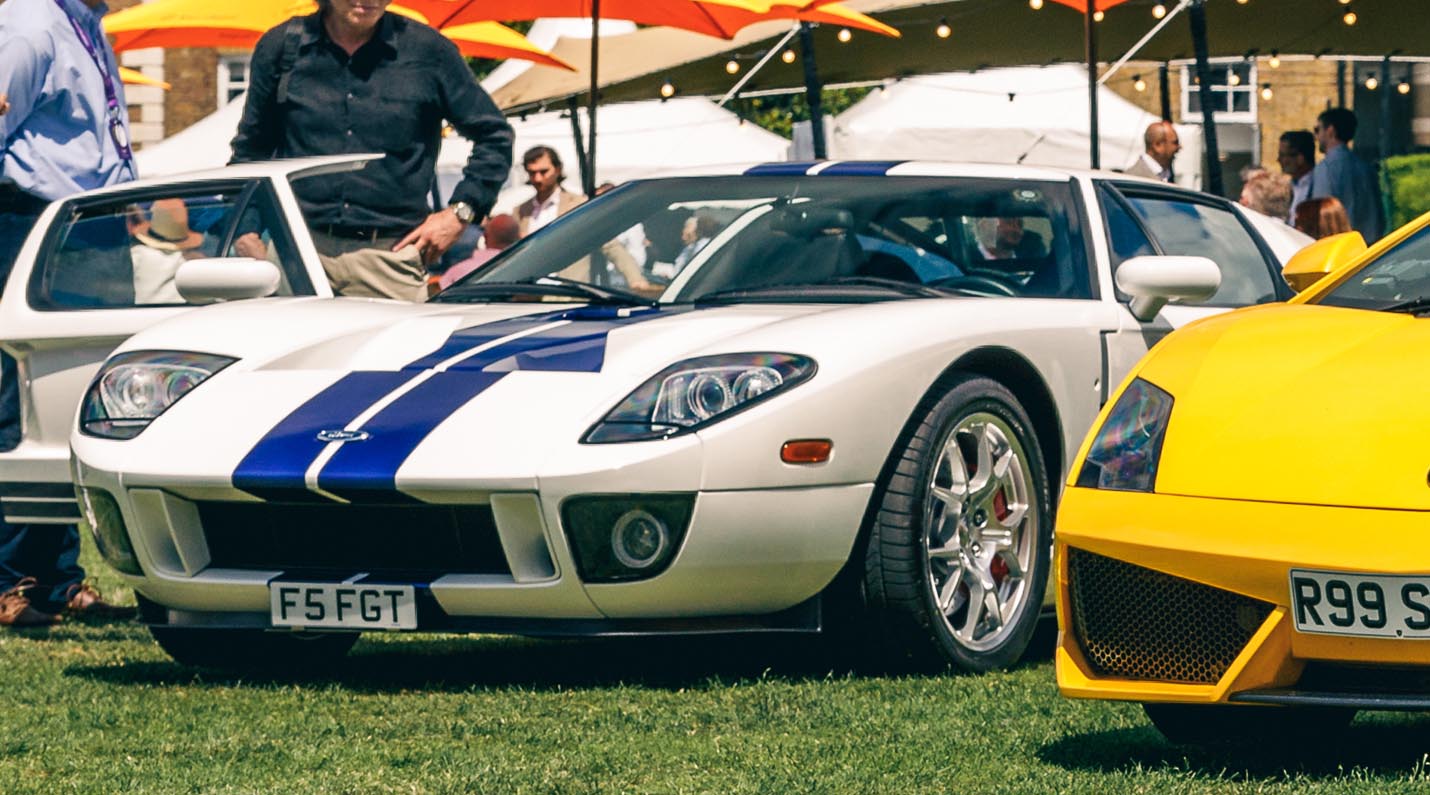 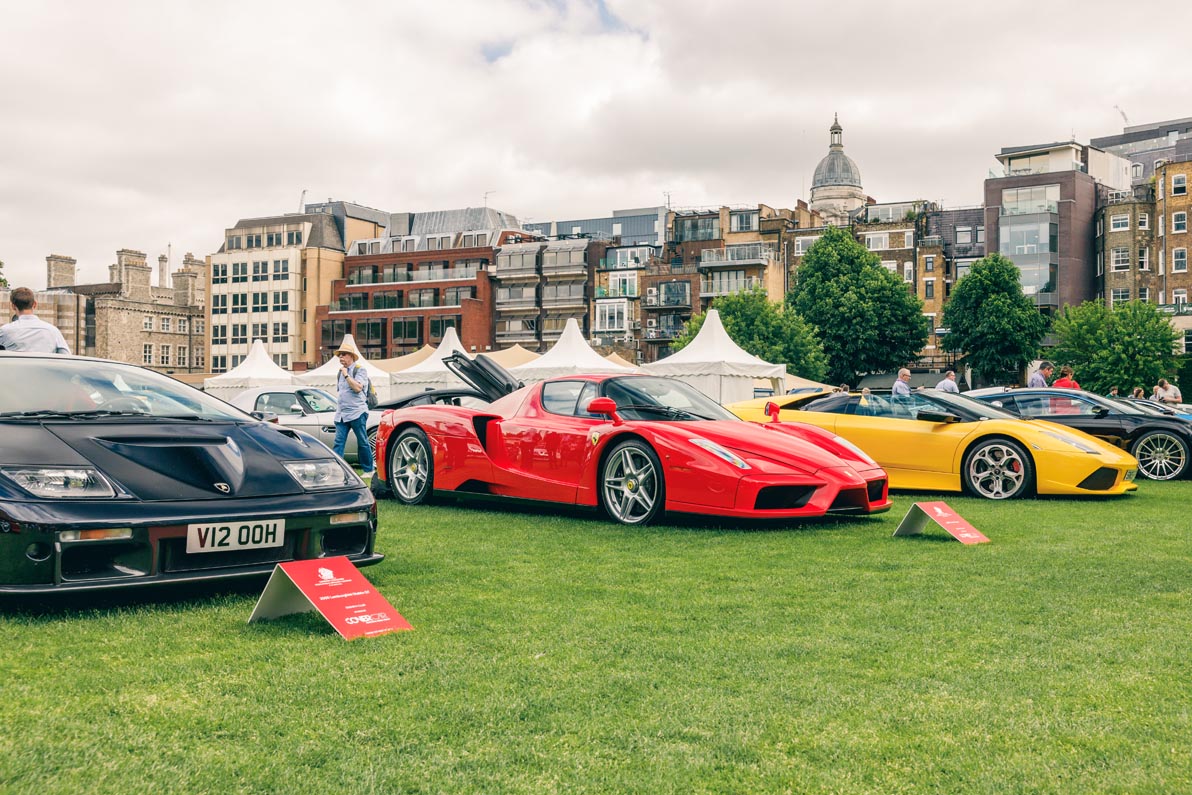 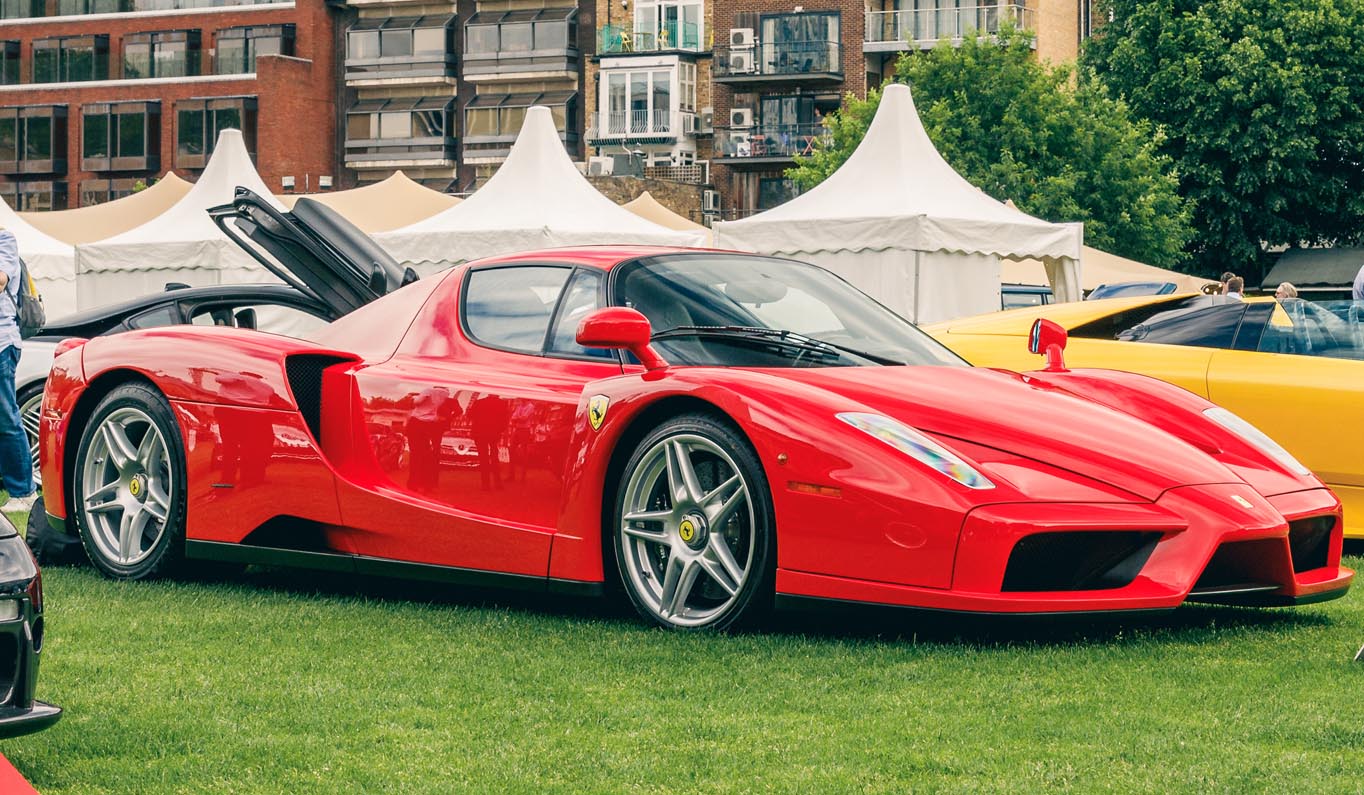 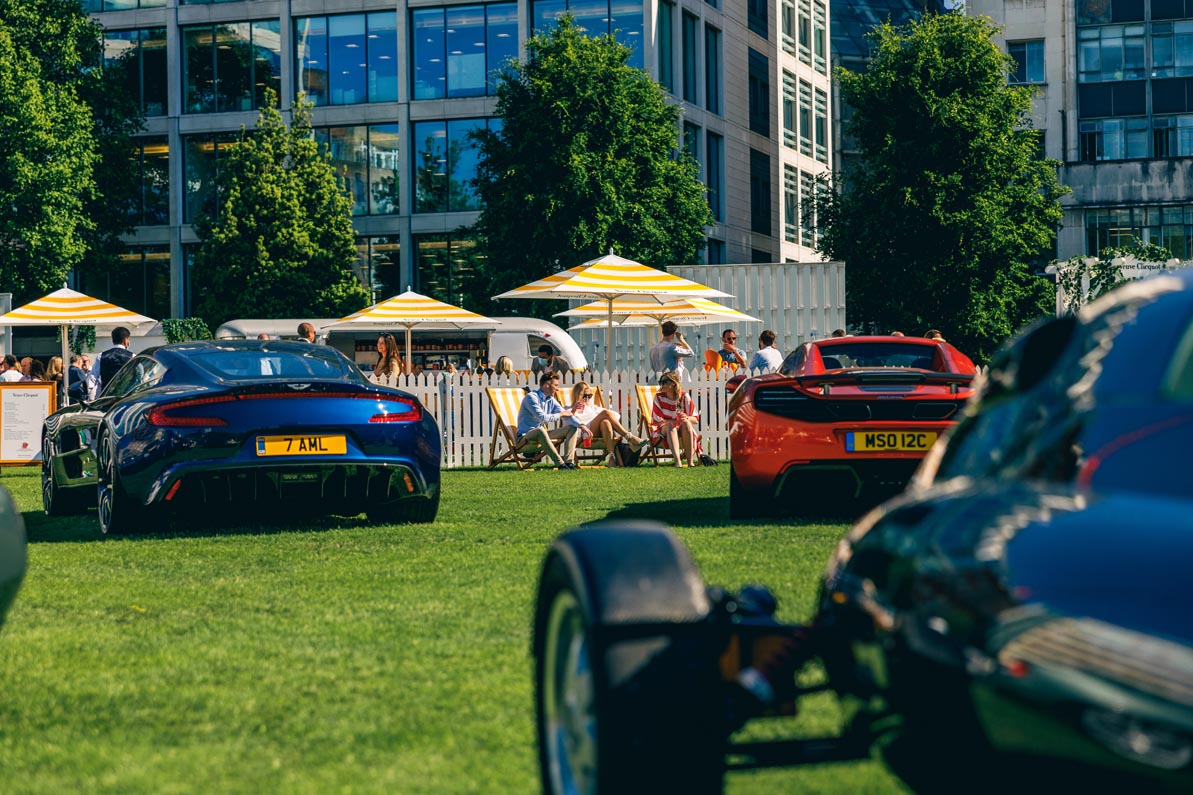 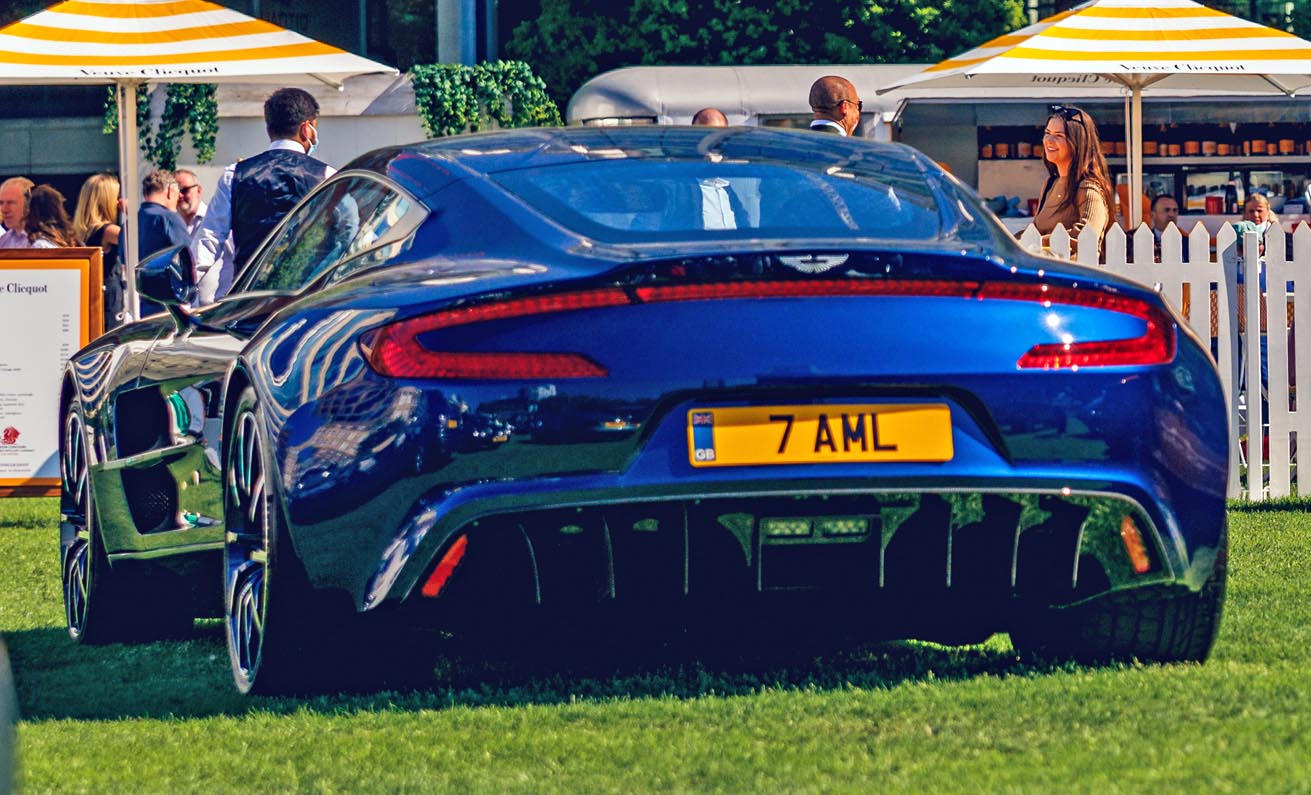 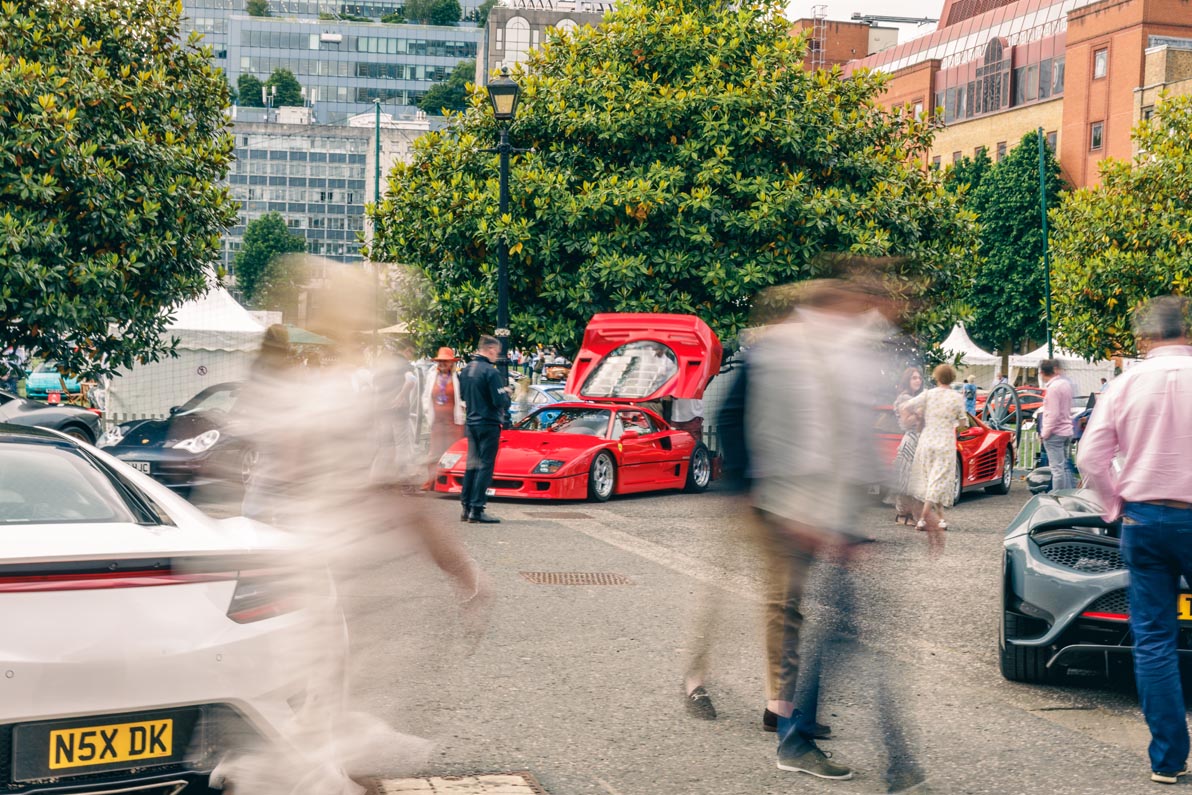 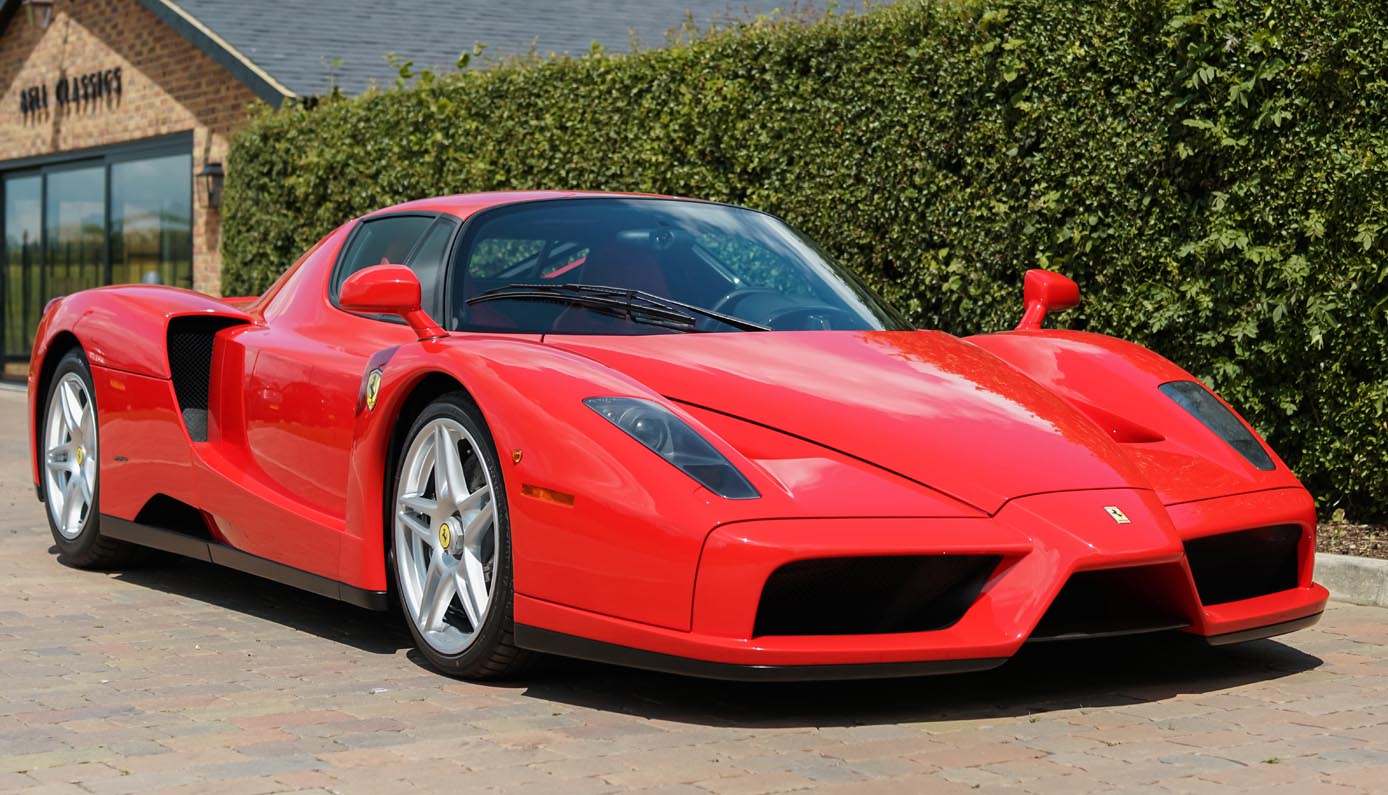 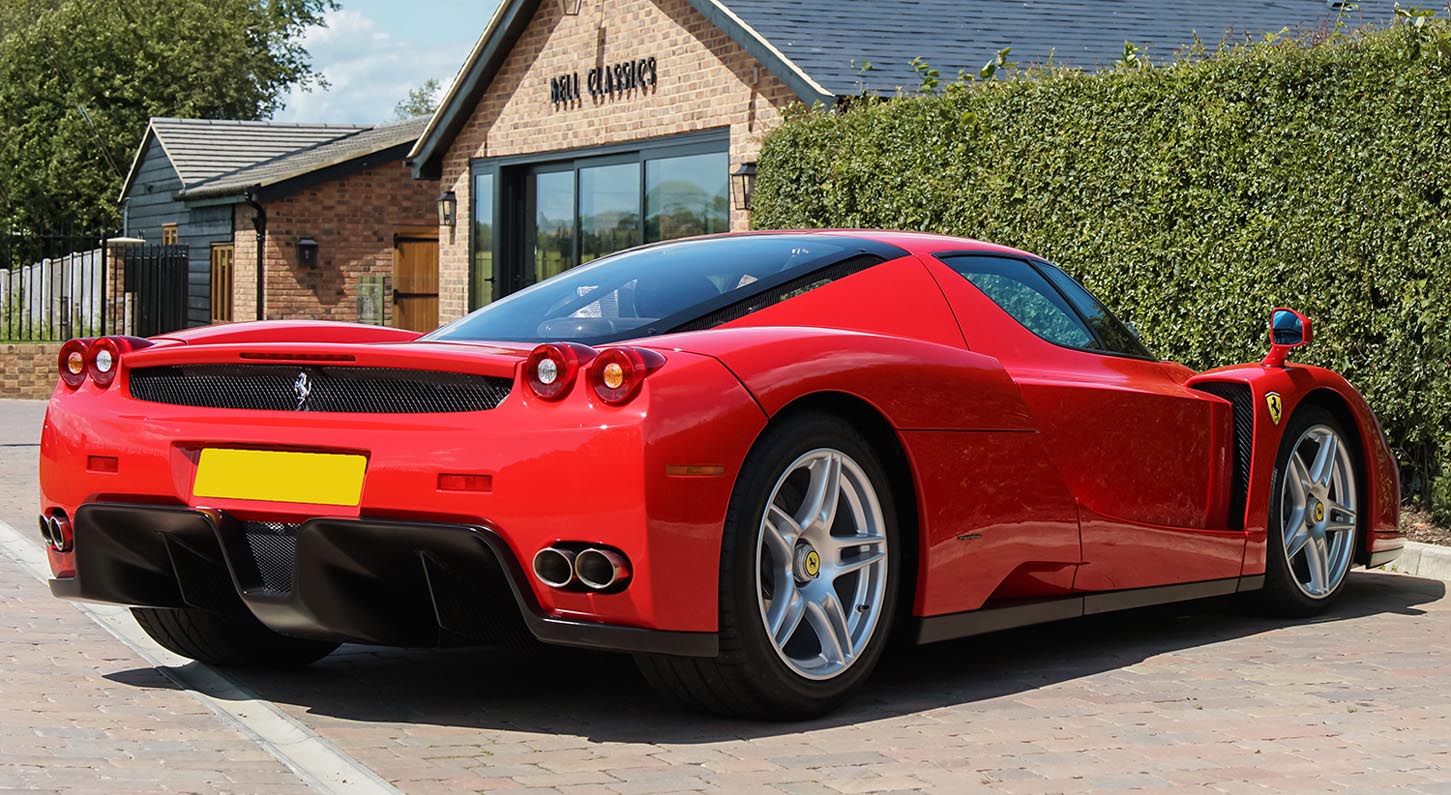 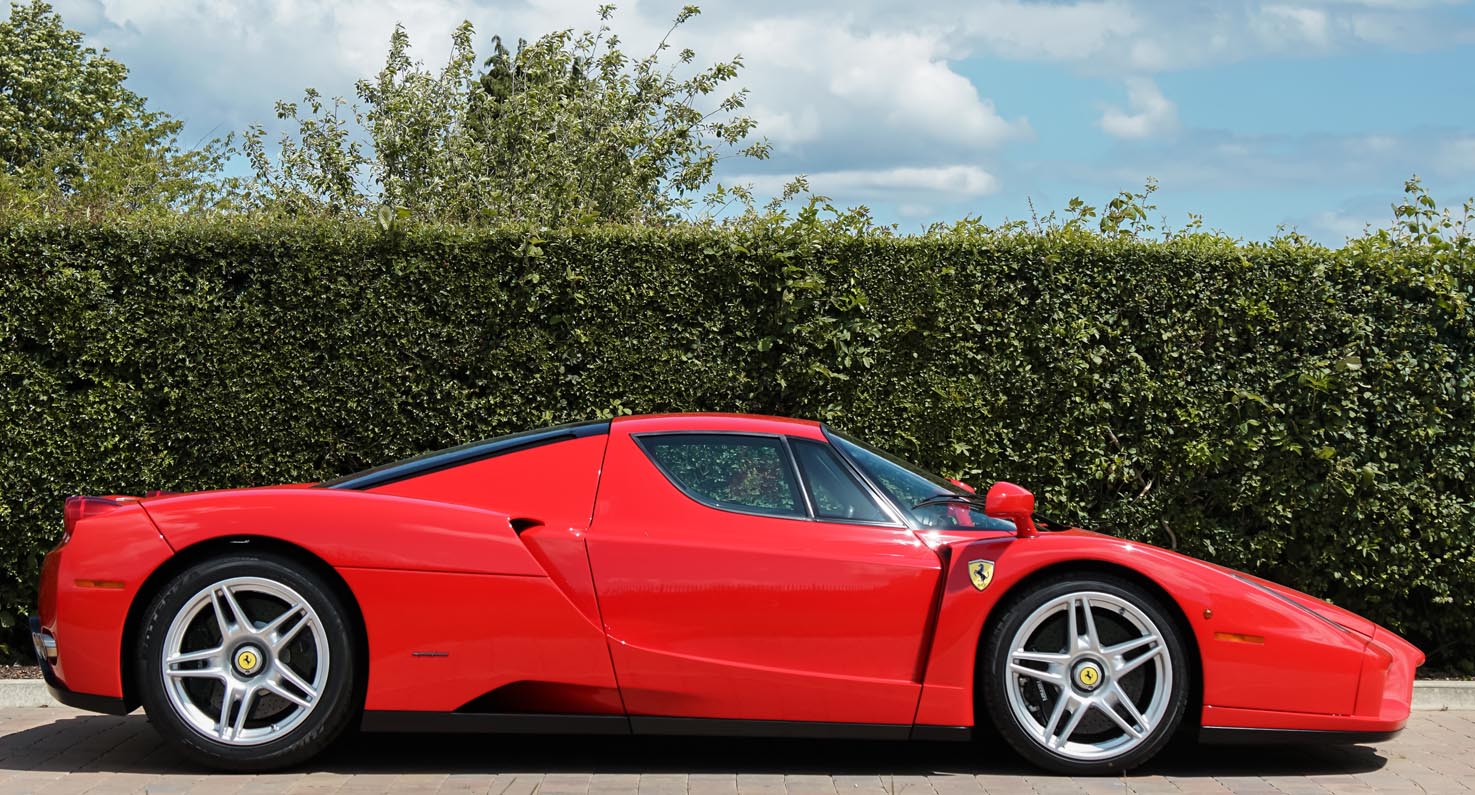 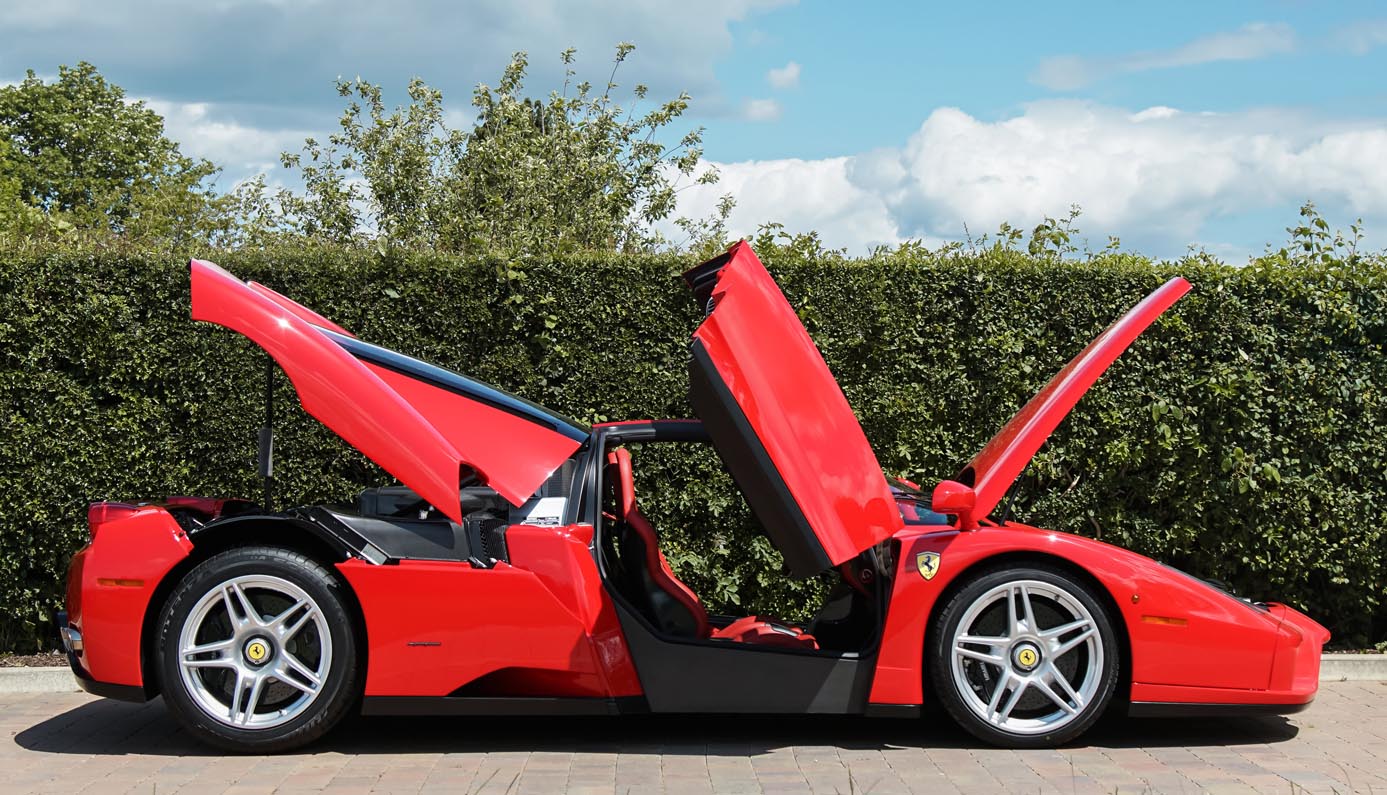 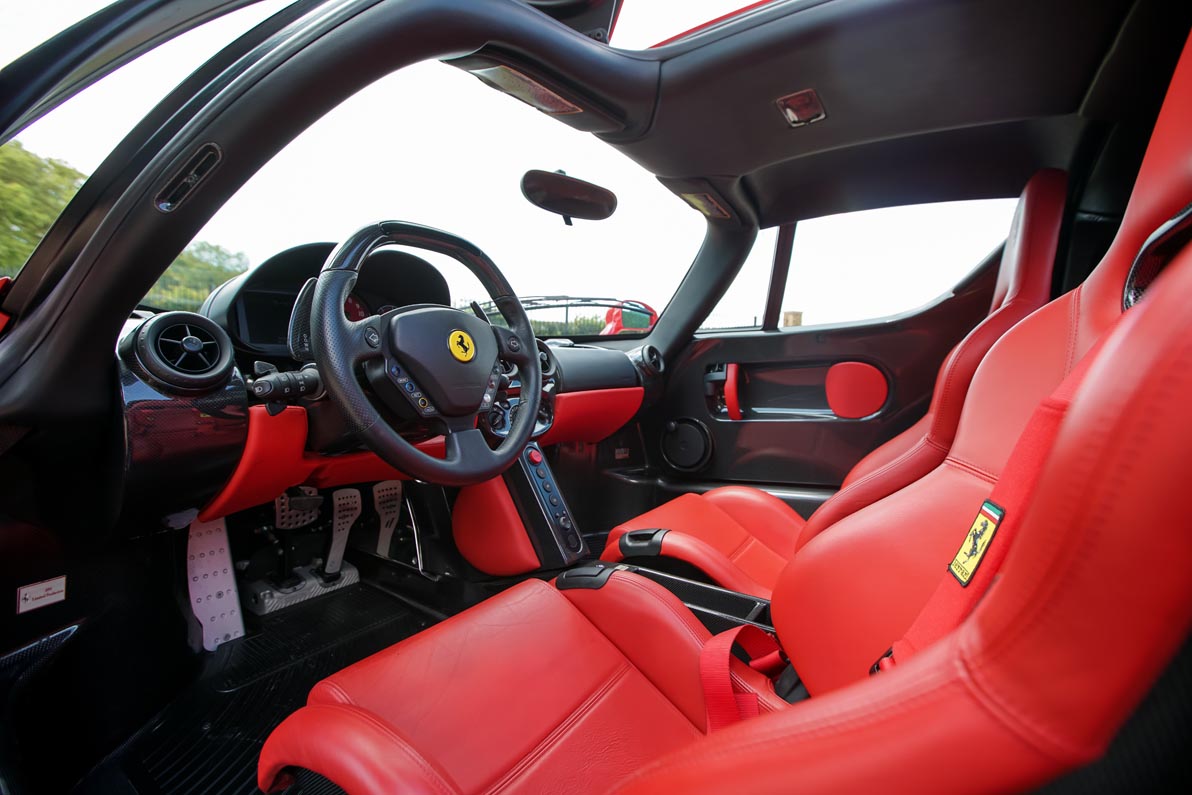