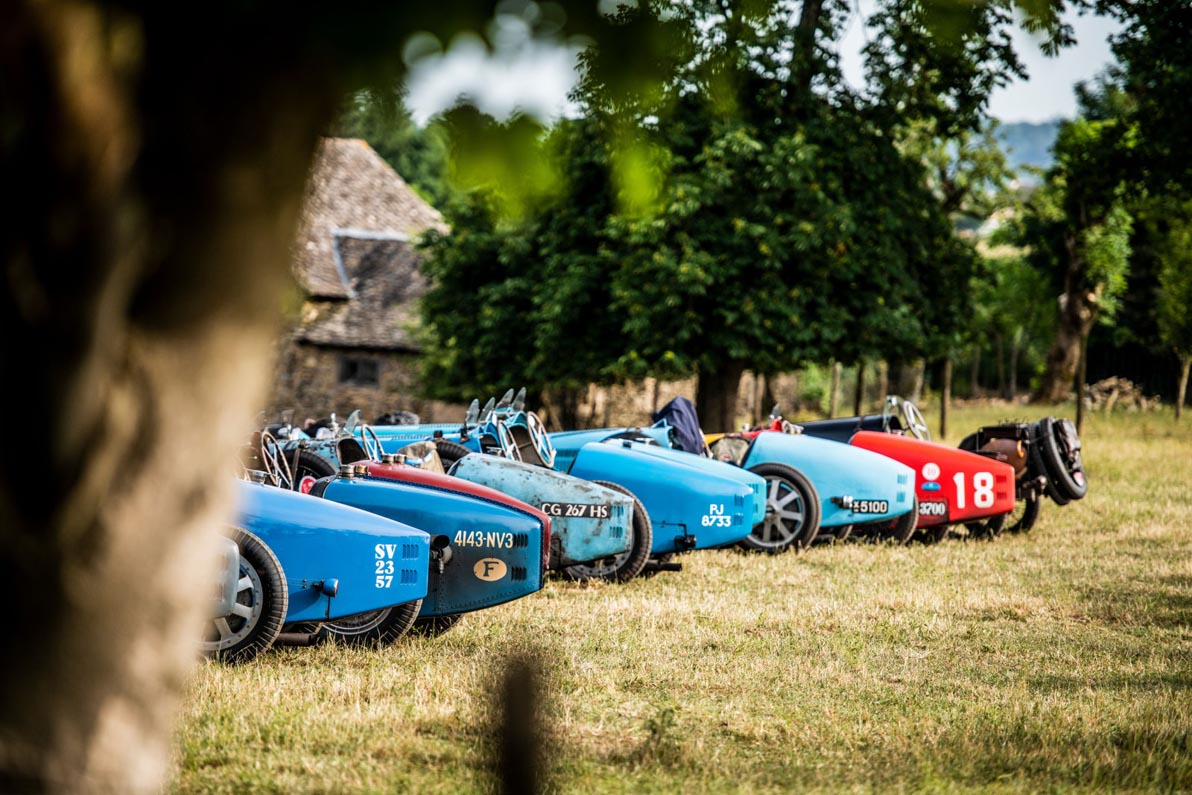 The Occitanie region of southern France recently welcomed some special visitors, all born in the country’s northeastern region. Ready to explore the deep valleys of lush green fields, scattered with historical monuments of France’s rich history across twisting country roads, no fewer than 108 pre-war era Bugatti icons built in Molsheim between 1910-1939 congregated in the village of Najac for a week of automotive heaven, all commonly united by Esprit Bugatti: a long-held passion and admiration for the marque.

Each year, one of the 15 Bugatti Clubs – from 15 countries across Europe, North America, Japan and Australia – organizes the annual International Bugatti Meeting. Returning home for 2022, Club Bugatti France successfully gathered Bugatti owners from 18 separate countries from 12-19 June to sample some of the Occitanie region’s best driving roads, share memories of their cherished automobiles, and celebrate the brand’s history.

A driving route of approximately 1200 kilometers saw the three-figure-strong parade follow the valleys of Lot, Aveyron, and Tarn across southern France in their Bugatti classic cars. The historic castles of Cénevières, du Bosc, and et de Mauriac also opened their doors to welcome these very special guests.

Owners of the pre-war Bugatti cars all relish the opportunity to experience Ettore and Jean Bugatti’s creations as they were intended to be. Despite some of the automobiles being over a century old, their design and engineering stands the test of time, performing just as they did when leaving Molsheim for the first time.

The Bugatti spirit remains at the heart of all international Bugatti gatherings. Enthusiastic and highly knowledgeable Bugatti owners from all social backgrounds, ages and cultures come together to share their passions with admirers around the globe, having onlookers take a seat behind the wheel to capture a further glimpse of Molsheim magic.

Among the diverse fleet of automobiles were two outstanding creations from the French luxury marque: the Type 35 “Grand Prix de Lyon” from 1924, and a Type 54, one of four to remain in existence.

The Bugatti Type 35 is one of the most successful racing cars of all time. The French manufacturer’s sports car secured over 2,000 victories between 1924 and 1930.

At the end of July 1924, Bugatti entered four Type 35s into the French Grand Prix de Lyon – the very first time Ettore Bugatti presented the new model – which inspired the creation of the Type 35 “Grand Prix de Lyon” special edition. Very similar to how it looked like when it first left Molsheim in 1924, almost a century ago, the car present at the International Bugatti Meeting 2022 is an ultra-rare tribute to the models that raced in the Grand Prix that year.

The first versions of the Type 35 were able to achieve speeds of over 190 km/h. In its later iteration, the Type 35 B, which had a 2.3-liter eight-cylinder engine and compressor, power increased to up to 140 PS and its top speeds exceeded 215 km/h. As well as their performance, the engines were primarily renowned for their reliability and endurance. The Type 35 was designed to perform on the road in the same way it shone on the track. Ettore Bugatti ensured it could be driven to the racetrack, win races, and then be driven home again.

With the model, Ettore Bugatti led the revolution towards lightweight construction, realizing that victory could not be achieved with heavy components. Bugatti was the first to develop special smooth-running wheels to reduce the unsprung mass and, as a result, improve the response of the suspension. For the Type 35, Bugatti developed a new hollow, forged front axle with sealed ends. Weighing around ten kilograms, the axle was incredibly light but still stable.

The unsprung mass of the Type 35 decreased even further, and the racing car was able to take corners at higher speeds, weighing around just 750 kilograms. Bugatti designed all models as pure racing vehicles, but also mounted wings and lighting at customer request to make them roadworthy.

Intended to replace the triumphant Type 35 and one of only nine units ever made, the Type 54 from 1931 that shone during the 2022 International Bugatti Meeting is one of just four surviving to this day and the only Type 54 to still drive on roads as well as racetracks.

Made between 1931-1934 with a 5-liter, eight-cylinder engine, the Type 54 produced an extraordinary amount of power in its time – 300 PS – in response to the fierce competition on track from fellow manufacturers.

With a specially designed gearbox to handle the increase in power, down to three speeds from the typical four, in third gear the Type 54 could reach approximately 250 km/h again a colossal speed for the era. 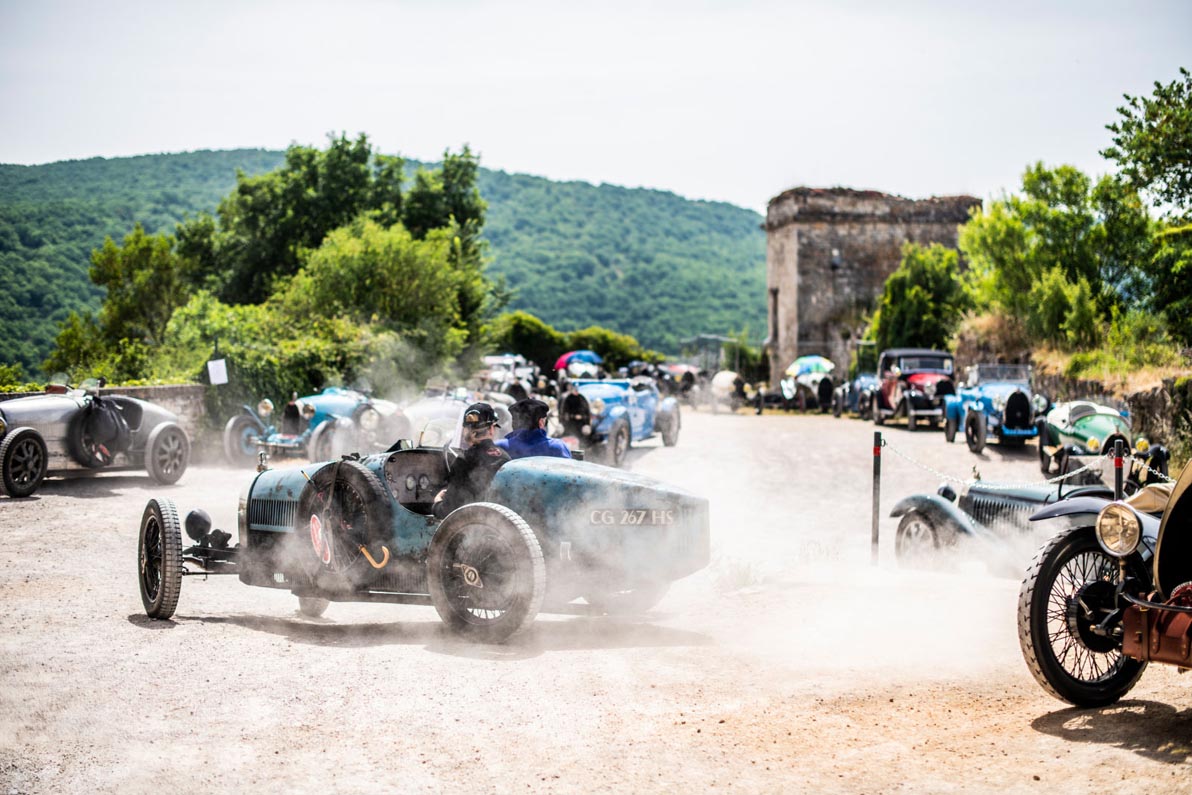 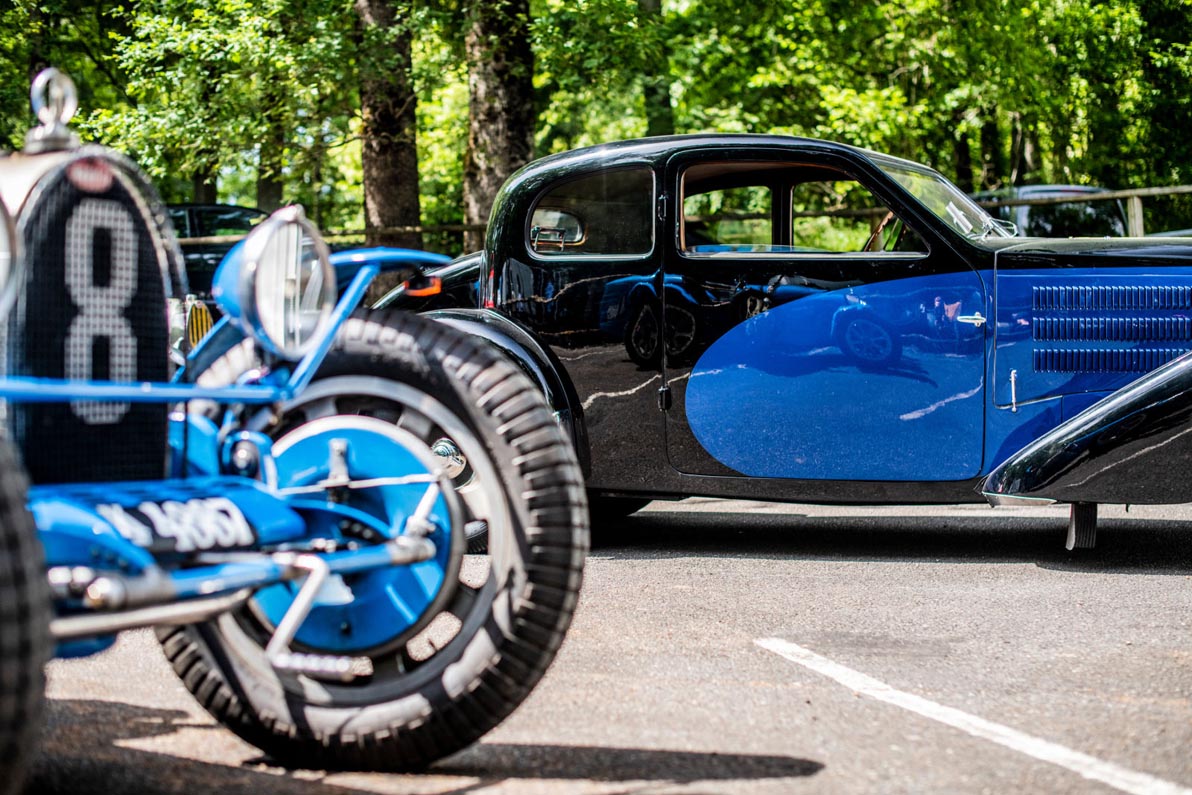 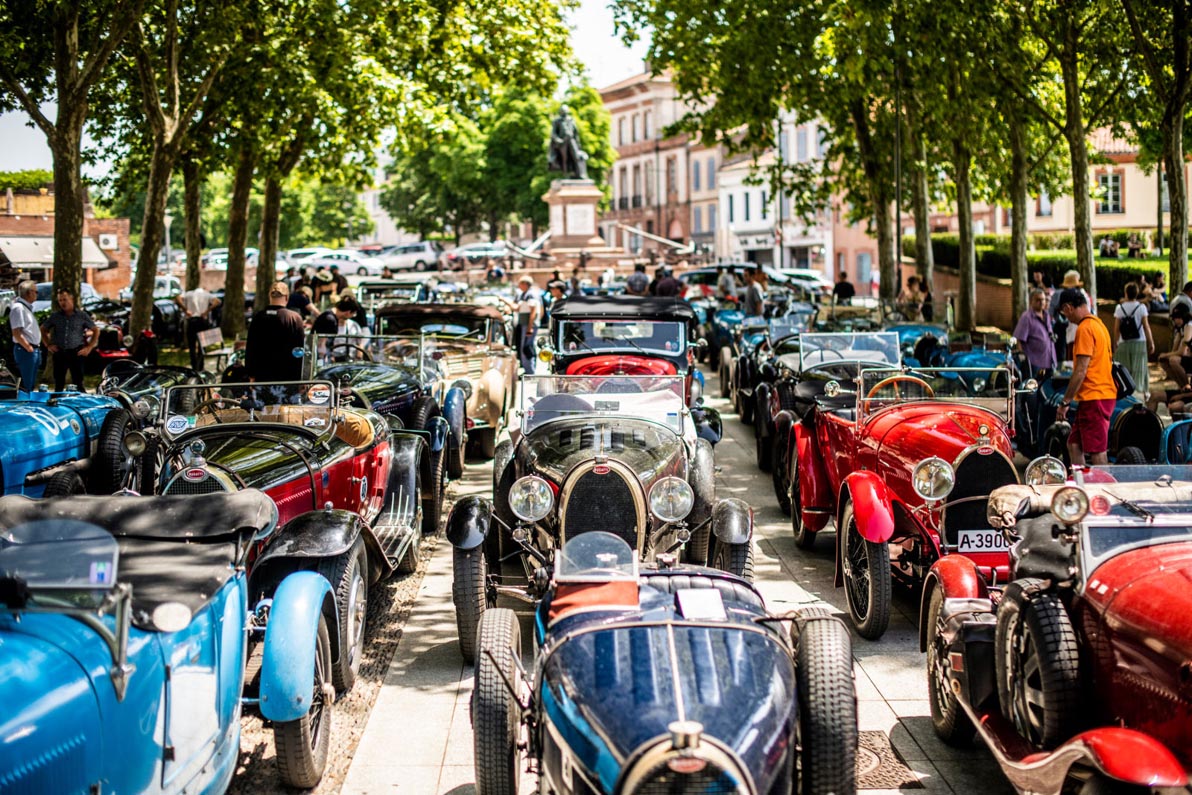 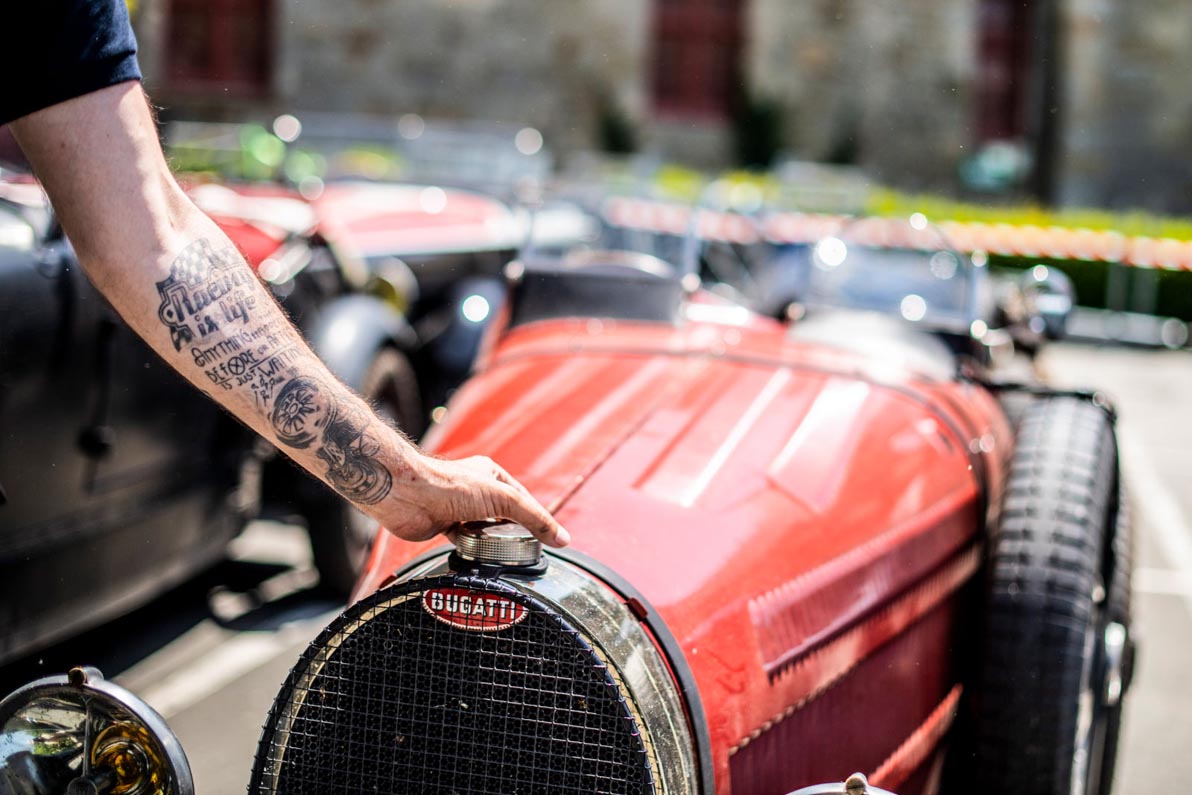 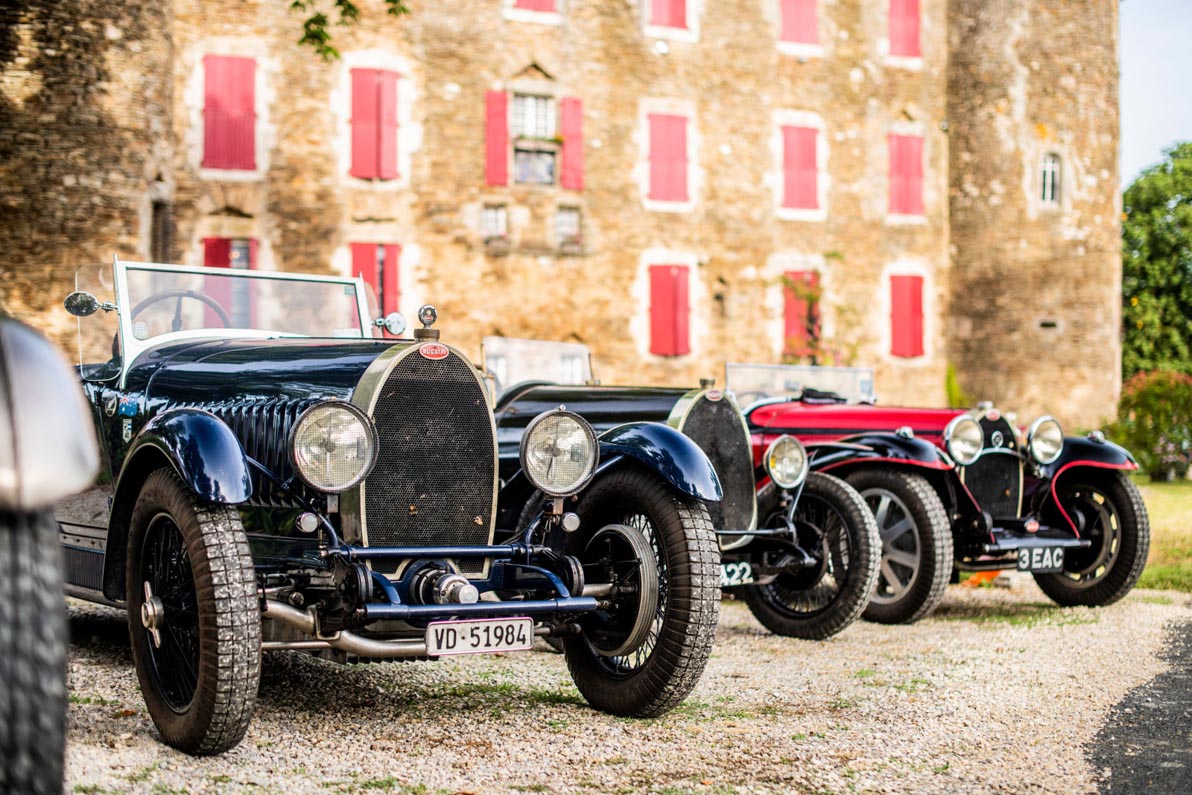 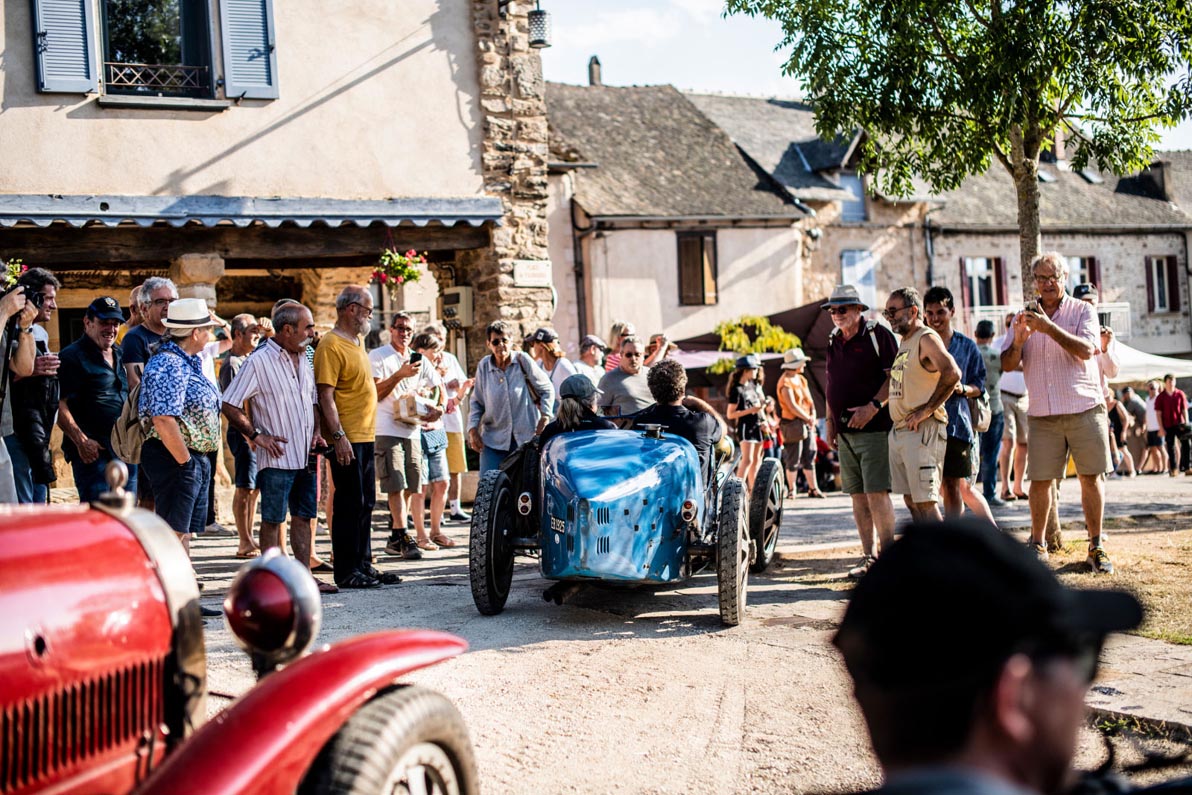 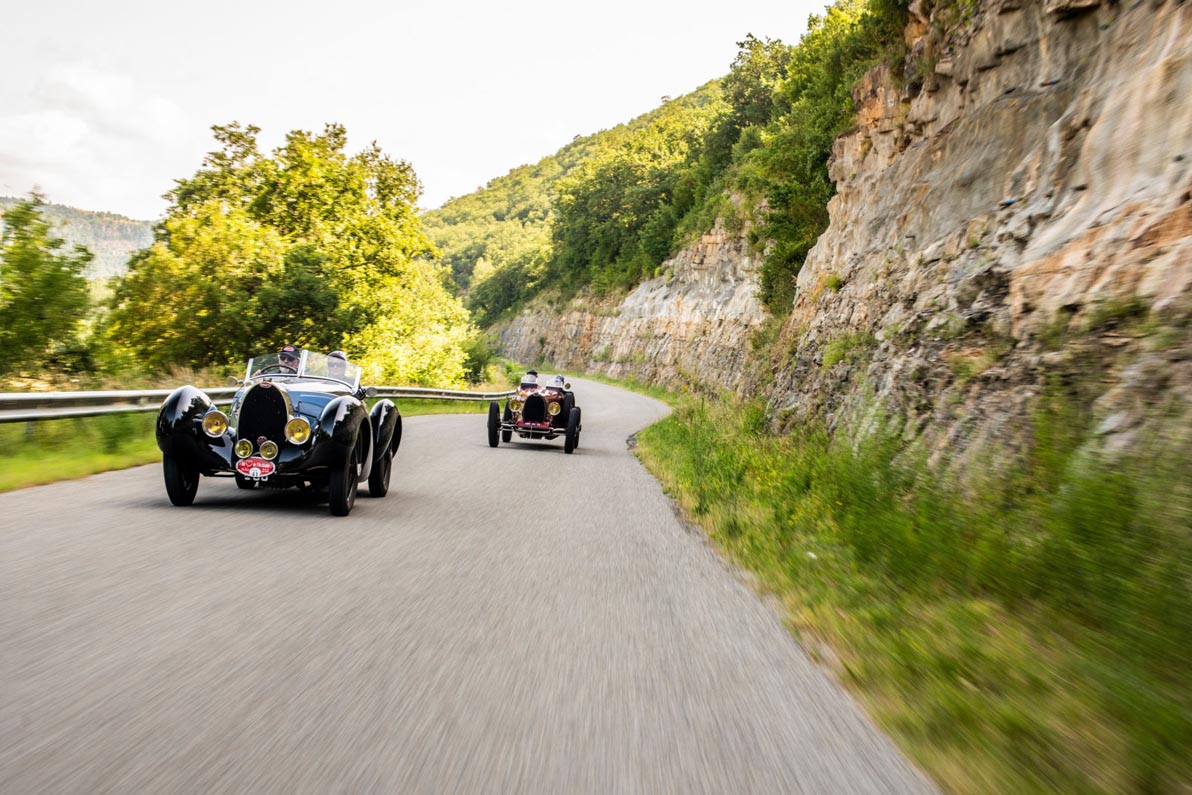 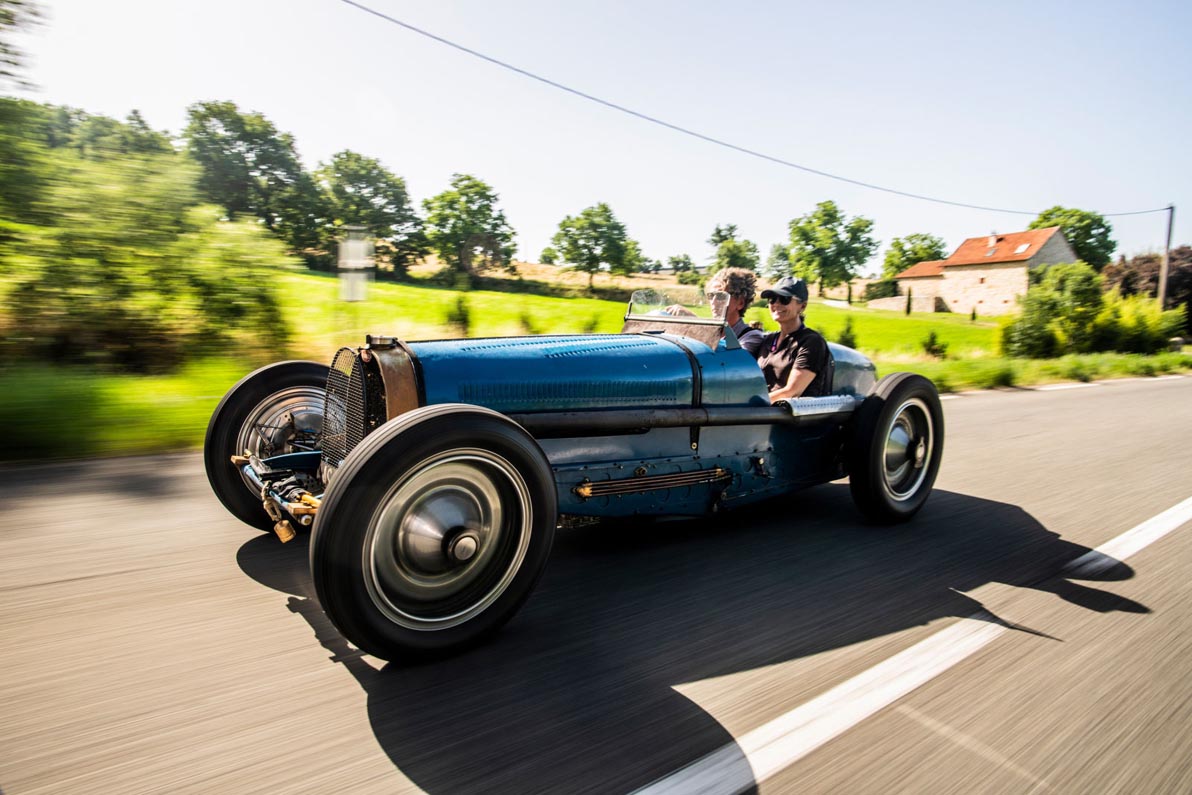 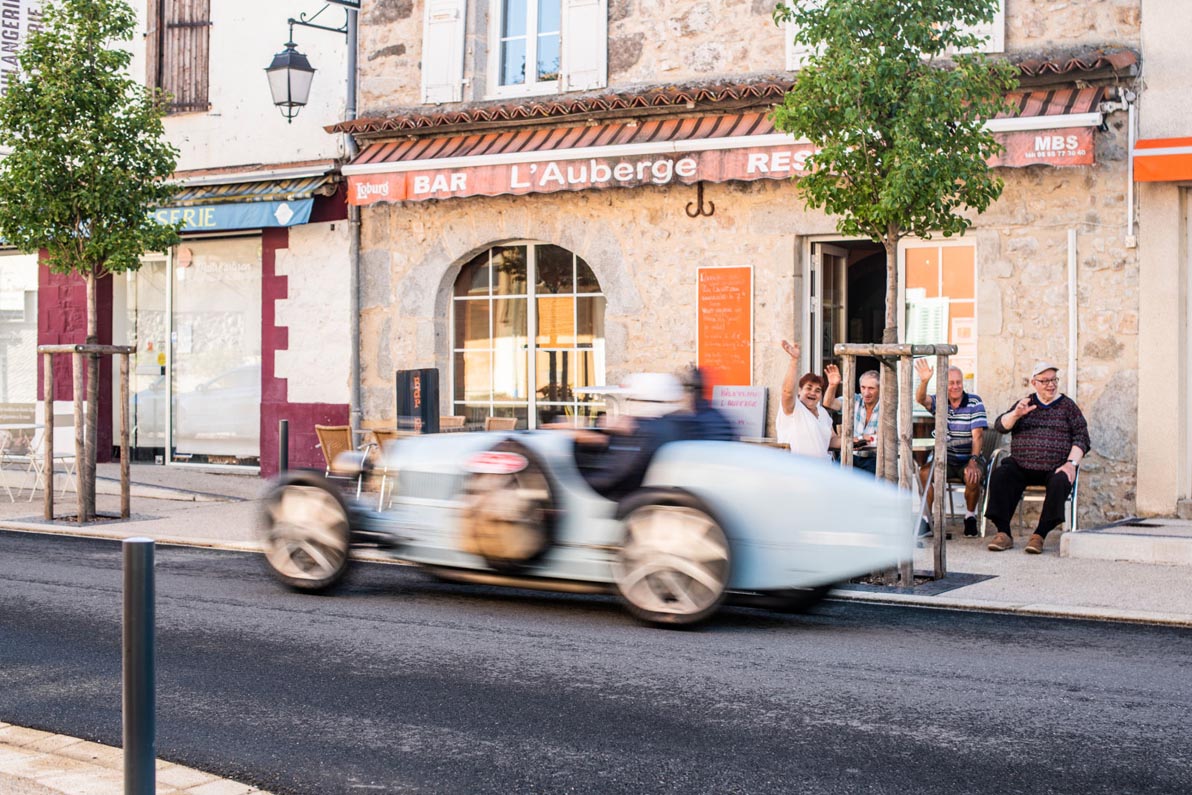 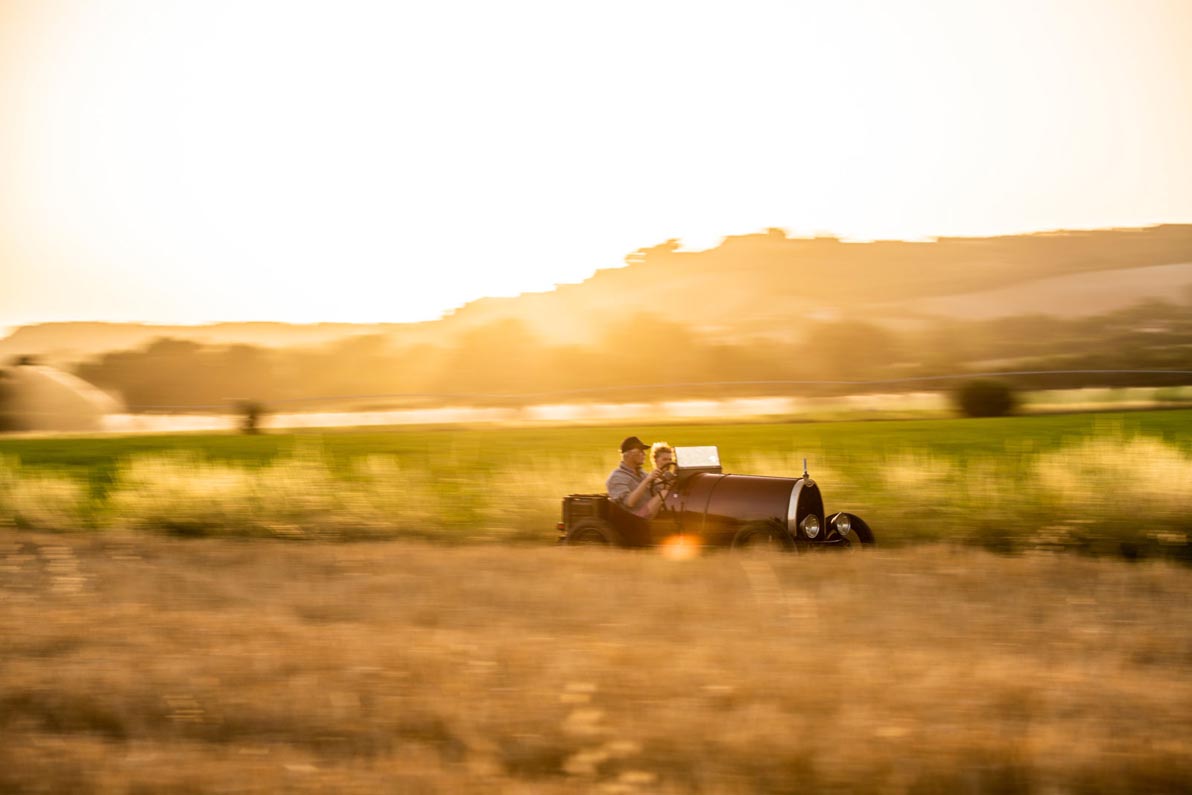 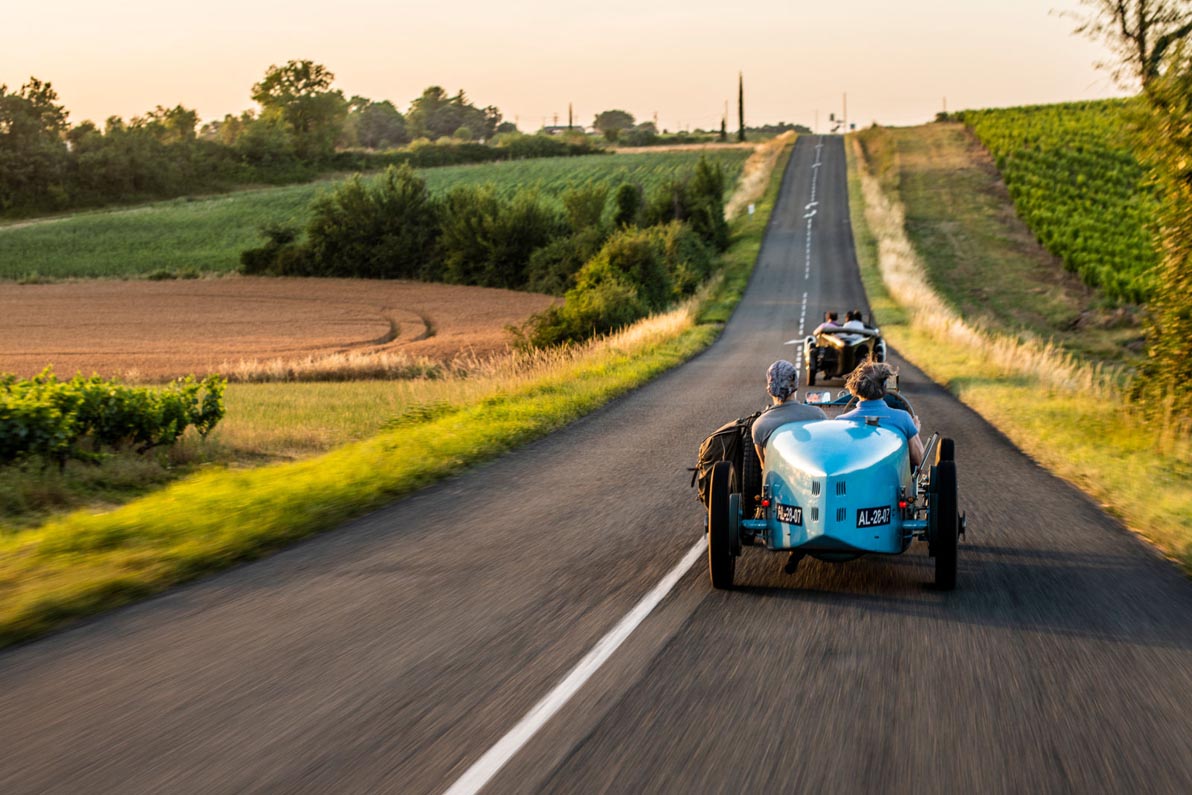 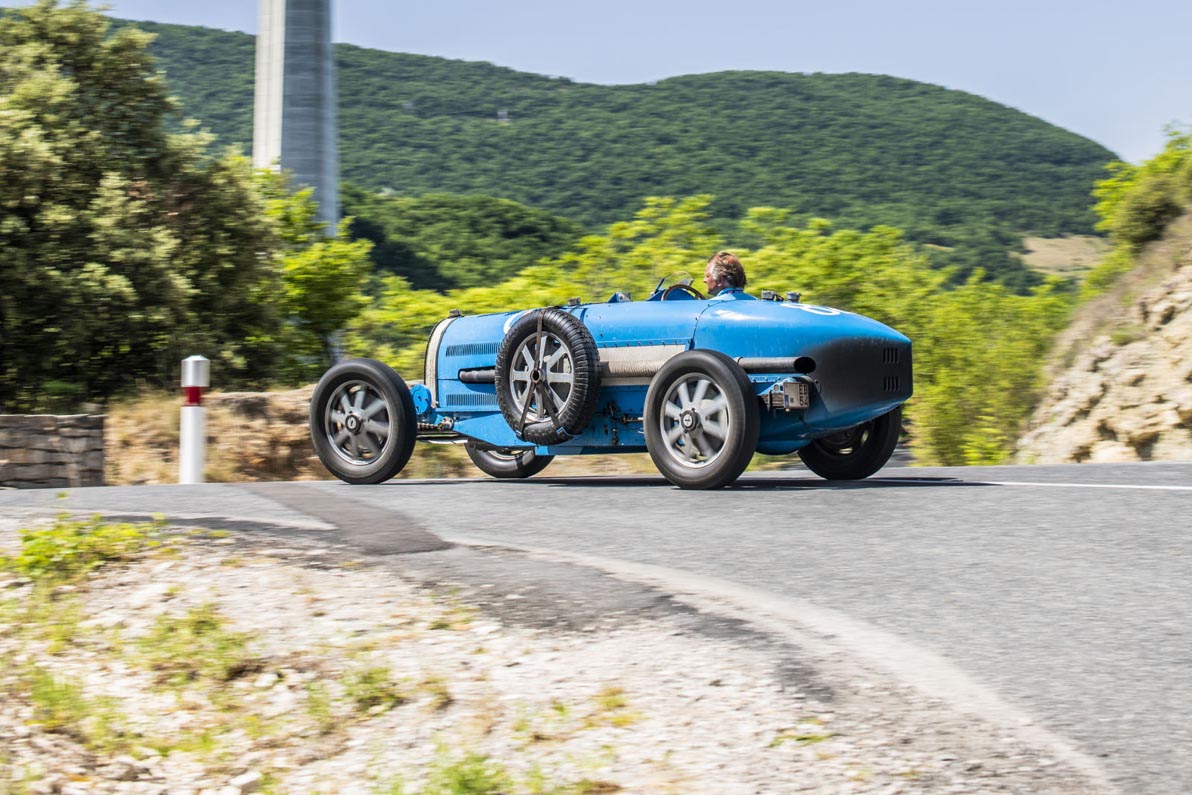 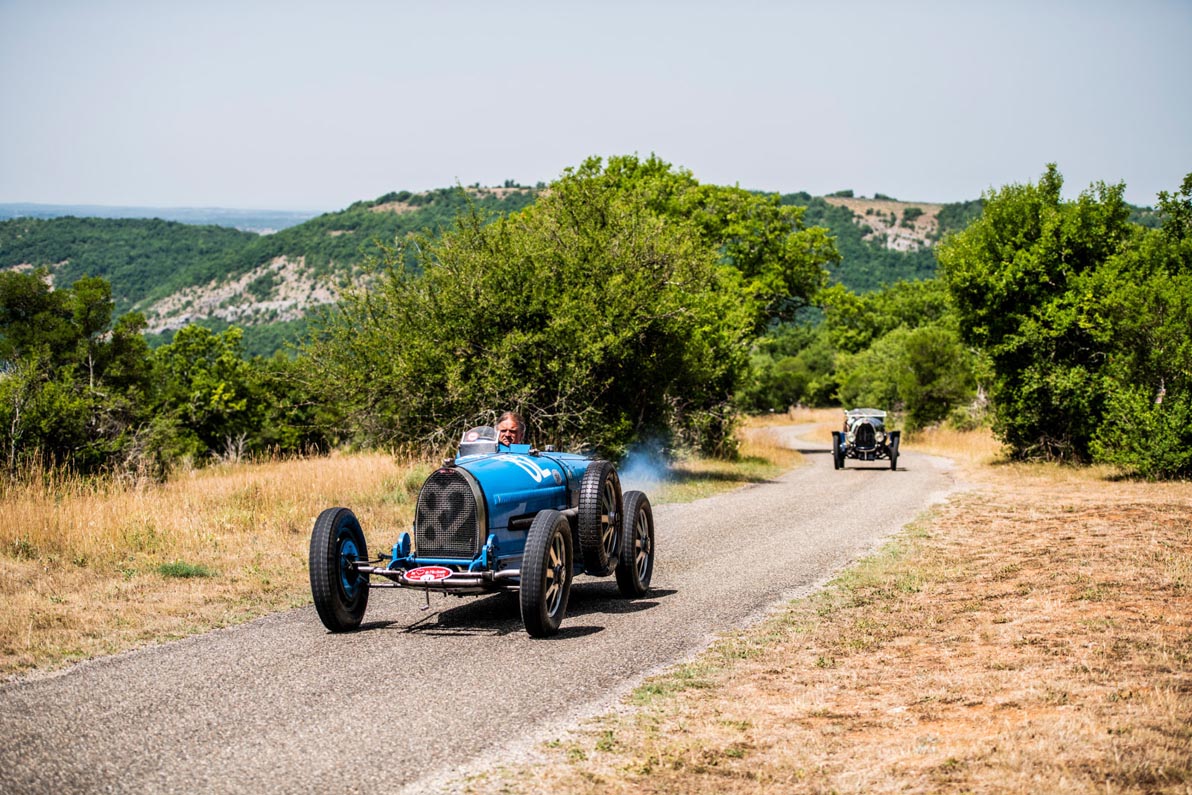 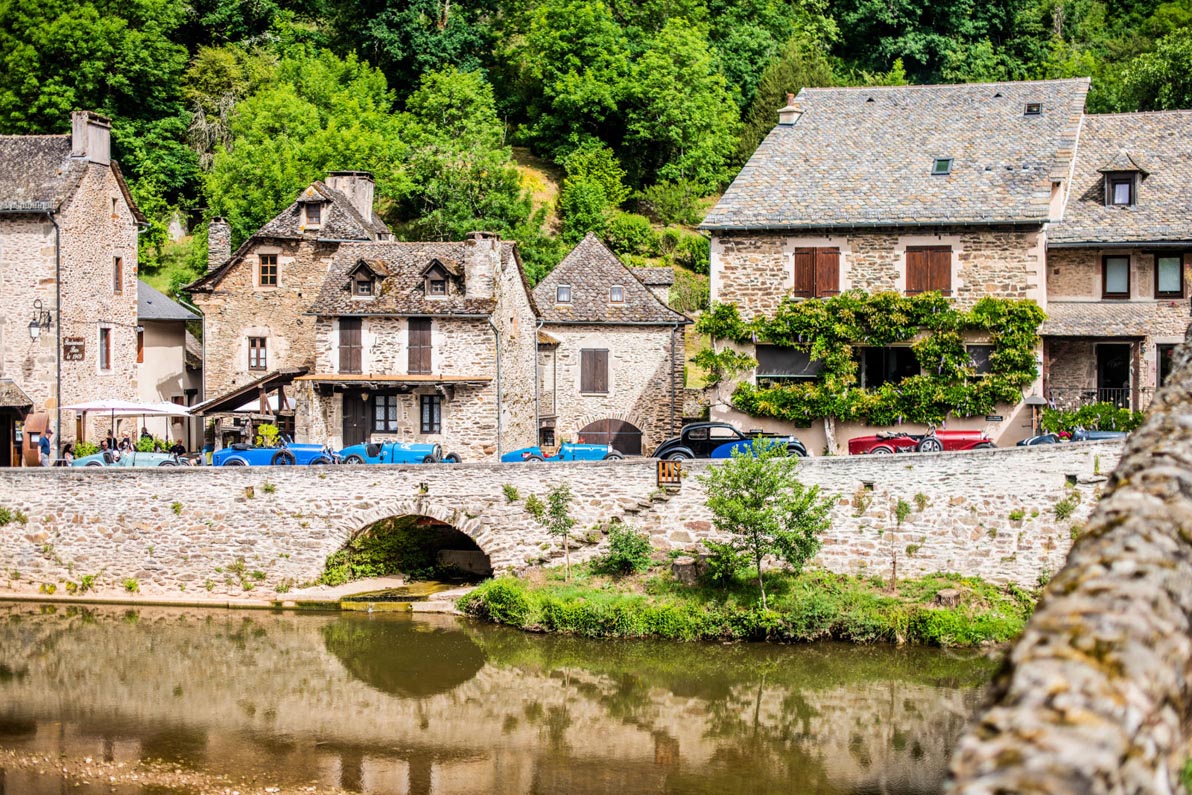 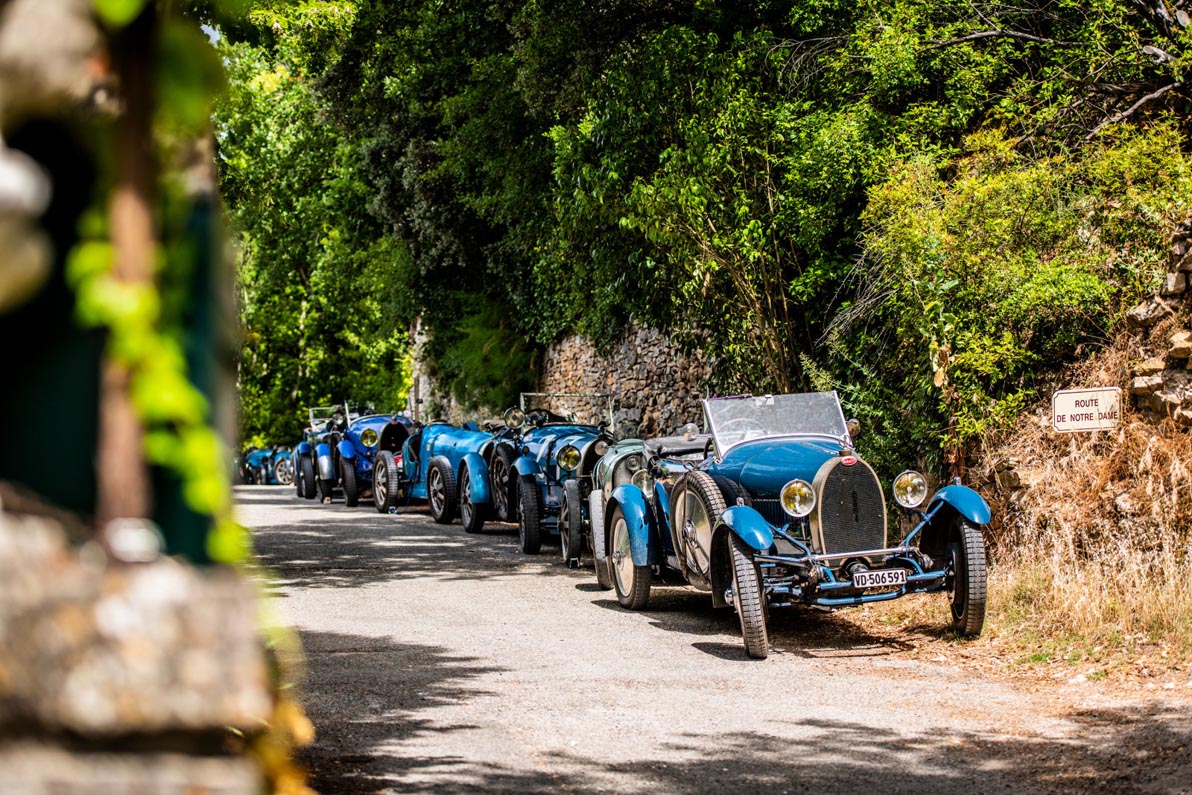 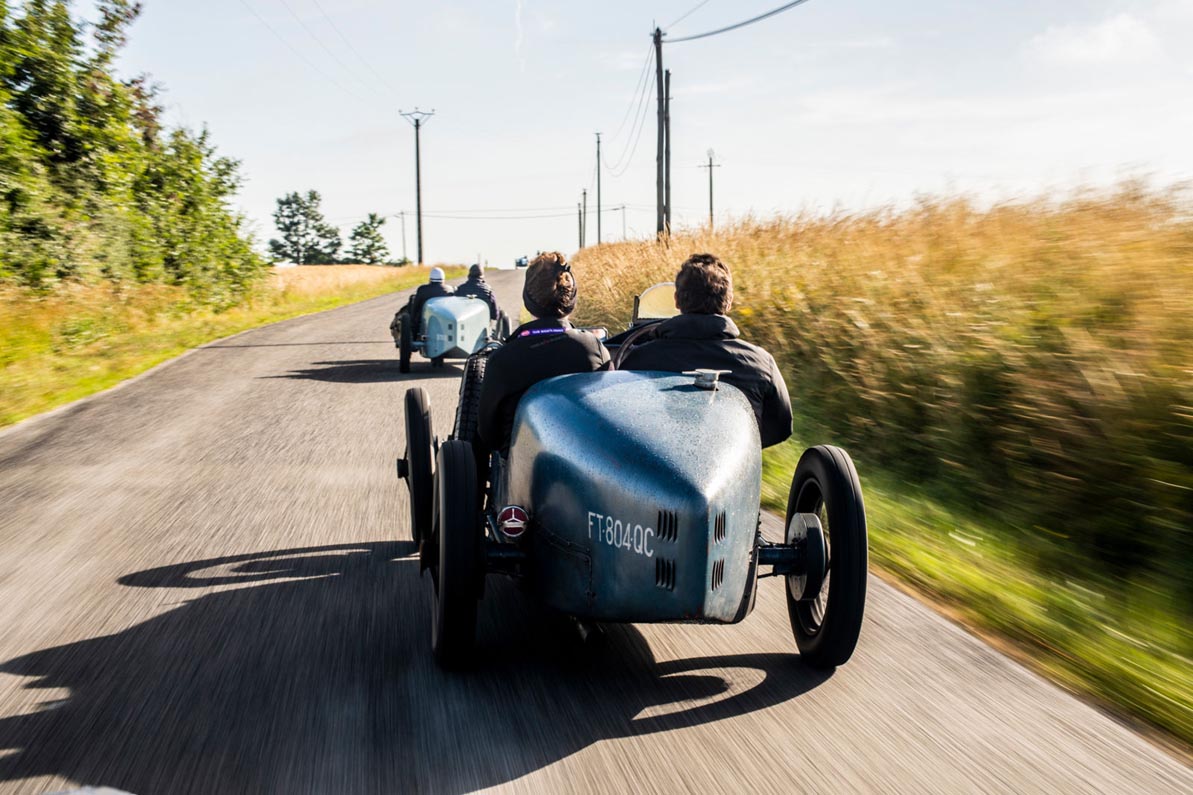 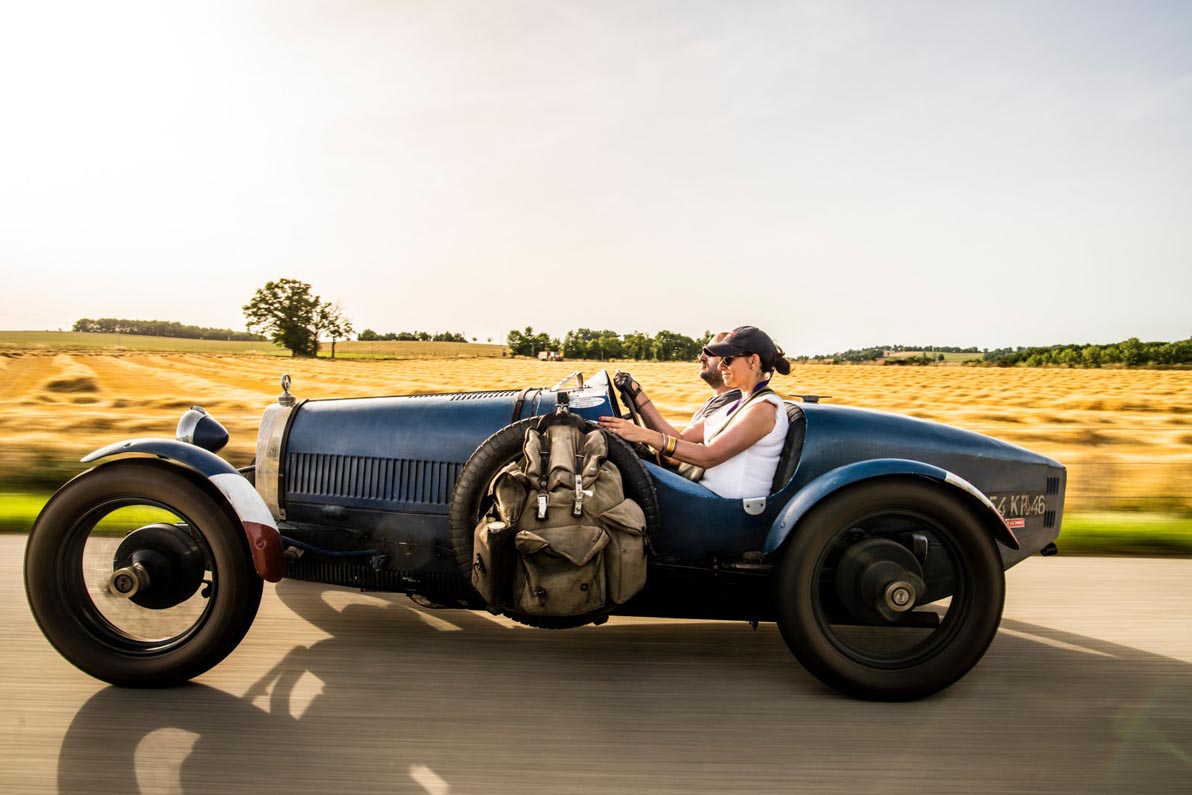 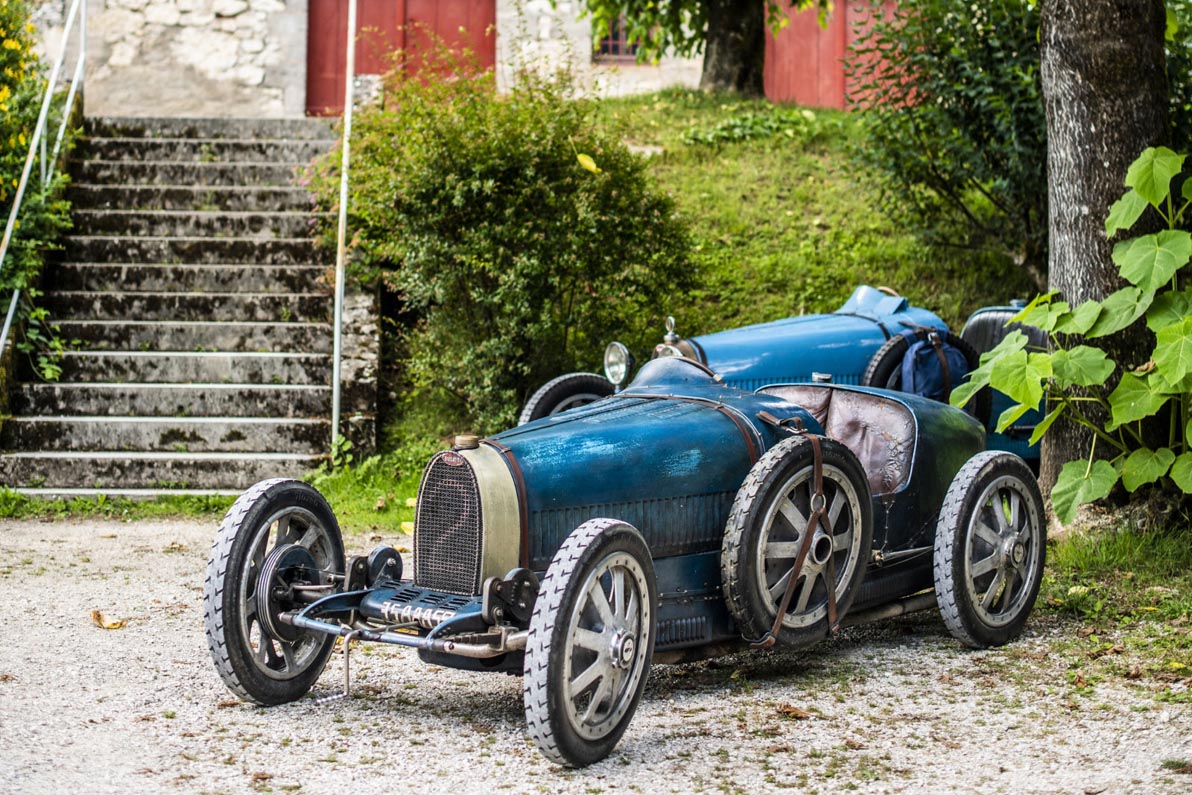 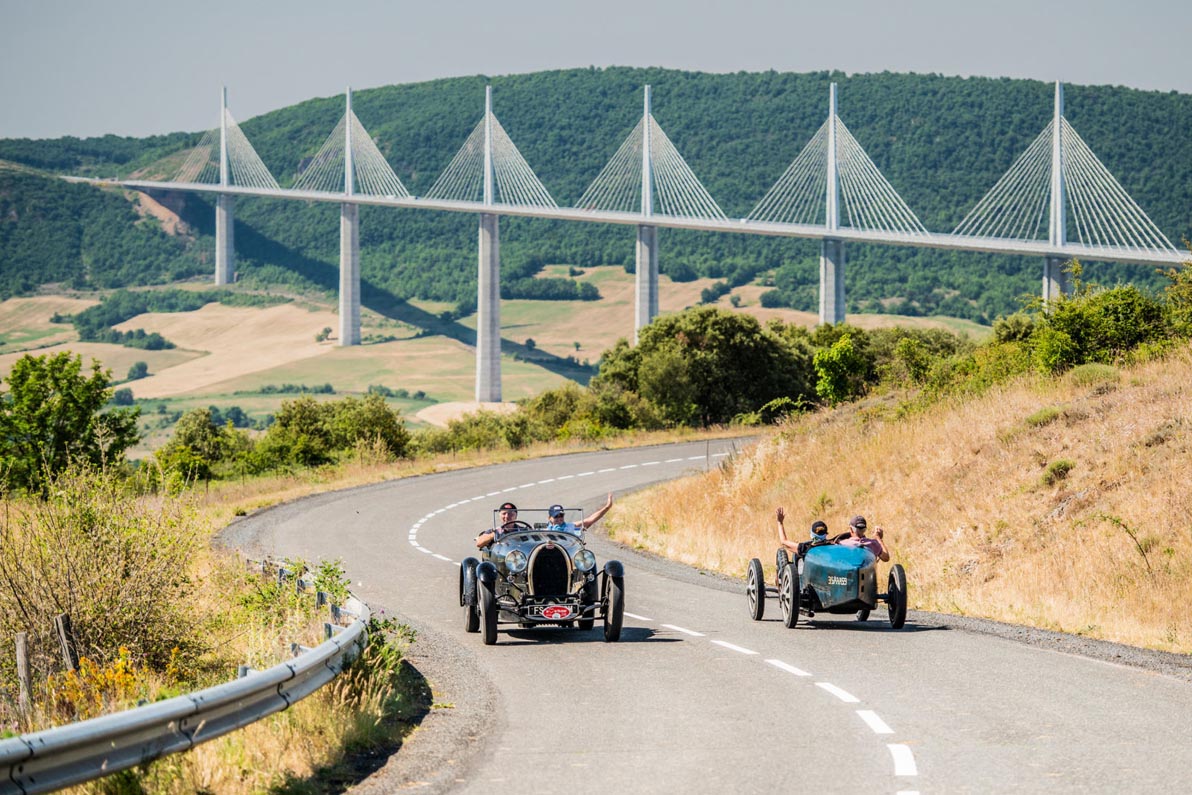