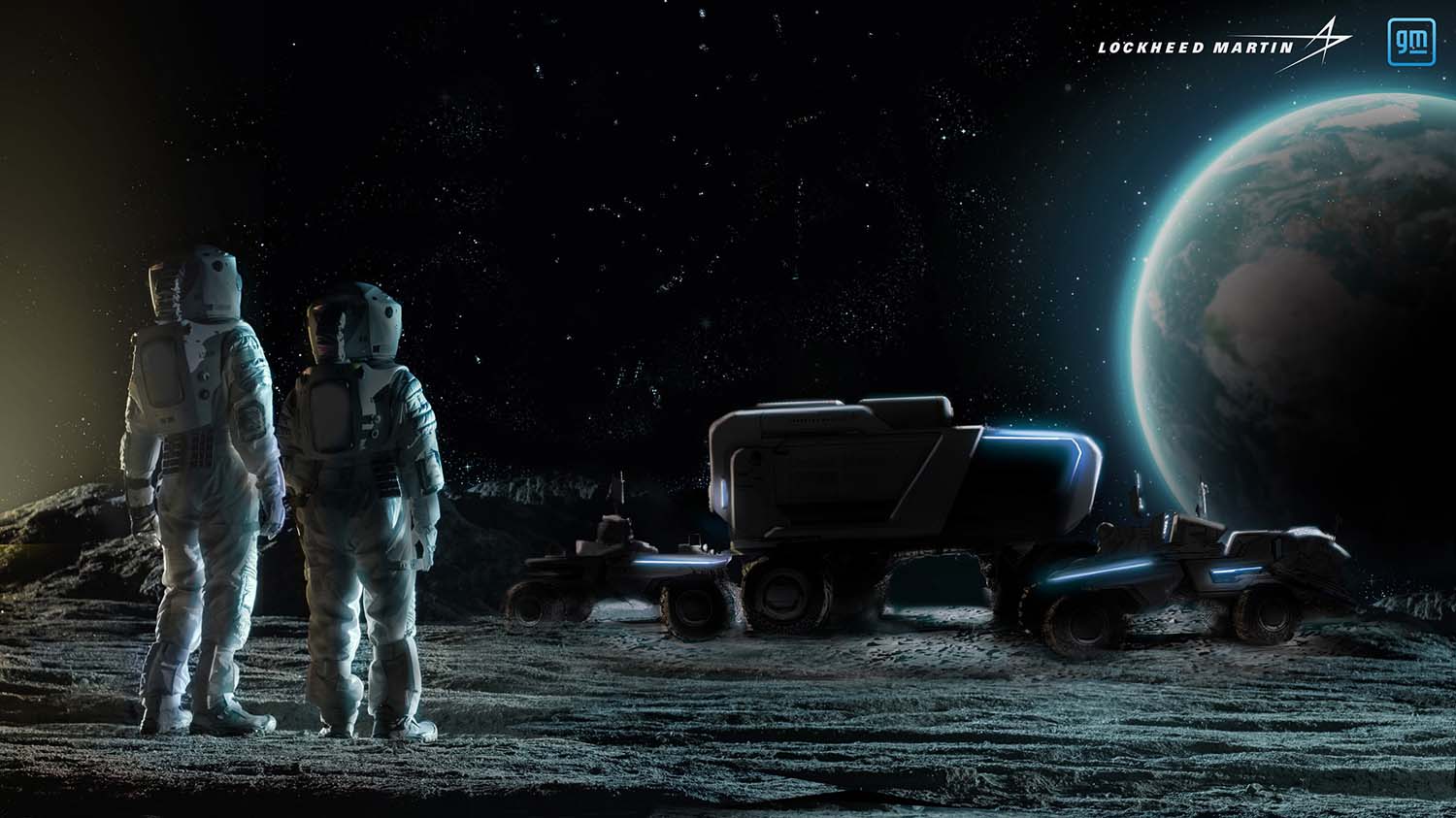 Lockheed Martin [NYSE: LMT] and General Motors Co. [NYSE: GM] are teaming up to develop the next generation of lunar vehicles to transport astronauts on the surface of the Moon, fundamentally evolving and expanding humanity’s deep-space exploration footprint.

NASA’s Artemis program is sending humans back to the Moon where they will explore and conduct scientific experiments using a variety of rovers. NASA sought industry approaches to develop a Lunar Terrain Vehicle (LTV) that will enable astronauts to explore the lunar surface farther than ever before. The LTV is the first of many types of surface mobility vehicles needed for NASA’s Artemis program.

To support NASA’s mission, the two industry leaders will develop a unique vehicle with innovative capabilities, drawing on their unparalleled engineering, performance, technology and reliability legacies. The result may allow astronauts to explore the lunar surface in unprecedented fashion and support discovery in places where humans have never gone before.

Lockheed Martin will lead the team by leveraging its more than 50-year-history of working with NASA on deep-space human and robotic spacecraft, such as NASA’s Orion exploration-class spaceship for Artemis and numerous Mars and planetary spacecraft.

“This alliance brings together powerhouse innovation from both companies to make a transformative class of vehicles,” said Rick Ambrose, executive vice president, Lockheed Martin Space. “Surface mobility is critical to enable and sustain long-term exploration of the lunar surface. These next-generation rovers will dramatically extend the range of astronauts as they perform high-priority science investigation on the Moon that will ultimately impact humanity’s understanding of our place in the solar system.”

GM is a leader in battery-electric technologies and propulsion systems that are central to its multi-brand, multi-segment electric vehicle strategy, positioning the company for an all-electric future. Additionally, GM will use autonomous technology to facilitate safer and more efficient operations on the Moon.

“General Motors made history by applying advanced technologies and engineering to support the Lunar Rover Vehicle that the Apollo 15 astronauts drove on the Moon,” said Alan Wexler, senior vice president of Innovation and Growth at General Motors. “Working together with Lockheed Martin and their deep-space exploration expertise, we plan to support American astronauts on the Moon once again.”

GM has a proven history of supporting NASA and working within the space industry. The company manufactured, tested and integrated the inertial guidance and navigation systems for the entire Apollo Moon program, including Apollo 11 and the first human landing in 1969. GM also helped develop the electric Apollo Lunar Roving Vehicle (LRV), including the chassis and wheels for the LRV that was used on Apollo’s 15-17 missions.

Unlike the Apollo rovers that only traveled 4.7 miles (7.6 kilometers) from the landing site, the next-generation lunar vehicles are being designed to traverse significantly farther distances to support the first excursions of the Moon’s south pole, where it is cold and dark with more rugged terrain.

Autonomous, self-driving systems will allow the rovers to prepare for human landings, provide commercial payload services, and enhance the range and utility of scientific payloads and experiments.

Lockheed Martin brings unparalleled experience and capabilities in deep-space exploration. It has built spacecraft and systems that have gone to every planet, been on every NASA mission to Mars including building 11 of the agency’s Mars spacecraft, and played major roles on the space shuttle program and International Space Station power systems. 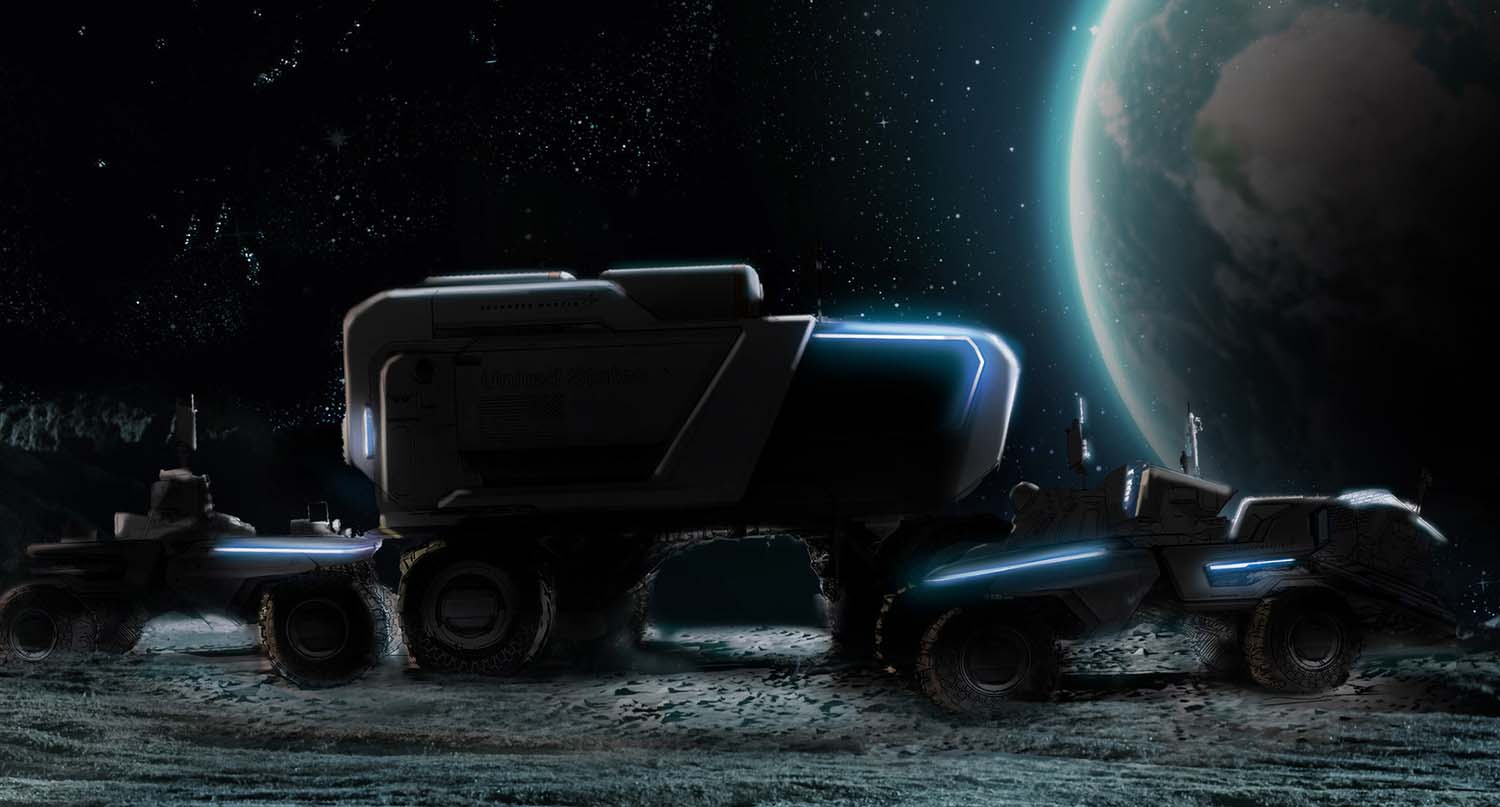