Geely Auto Group announced its “Intelligent Geely 2025” strategy that will continue to keep Geely Auto Group at the forefront of the global automotive industry at a technology-focused event at Geely Auto’s Research Institute in Hangzhou Bay. The release of the “Intelligent Geely 2025” strategy and the launch of the “Leishen Power” brand represents an acceleration of the Group’s goal of becoming a technology-led global automotive group committed to technological innovation and aims to boost Geely Auto’s sales to 3.65 million units per starting from 2025.

Over the next five years, Geely will launch more than 25 new intelligent vehicle products, opening the doors to a new era of intelligent mobility.

Geely sales goals are not limited to China – by 2025, the Group aims to achieve exceed 600,000 in overseas sales. The Geely Auto brand will focus on developing Eastern Europe, Middle East, Southeast Asia, and South America markets as well as introducing new energy products to EU and Asia-Pacific markets. Lynk & Co will expand its global presence by entering Russia, Malaysia, Australia, and New Zealand among others. Geely will also continue its support for PROTON with the goal of making the brand No.1 in Malaysia and top 3 in ASEAN markets with the further introduction of new technologies and products. 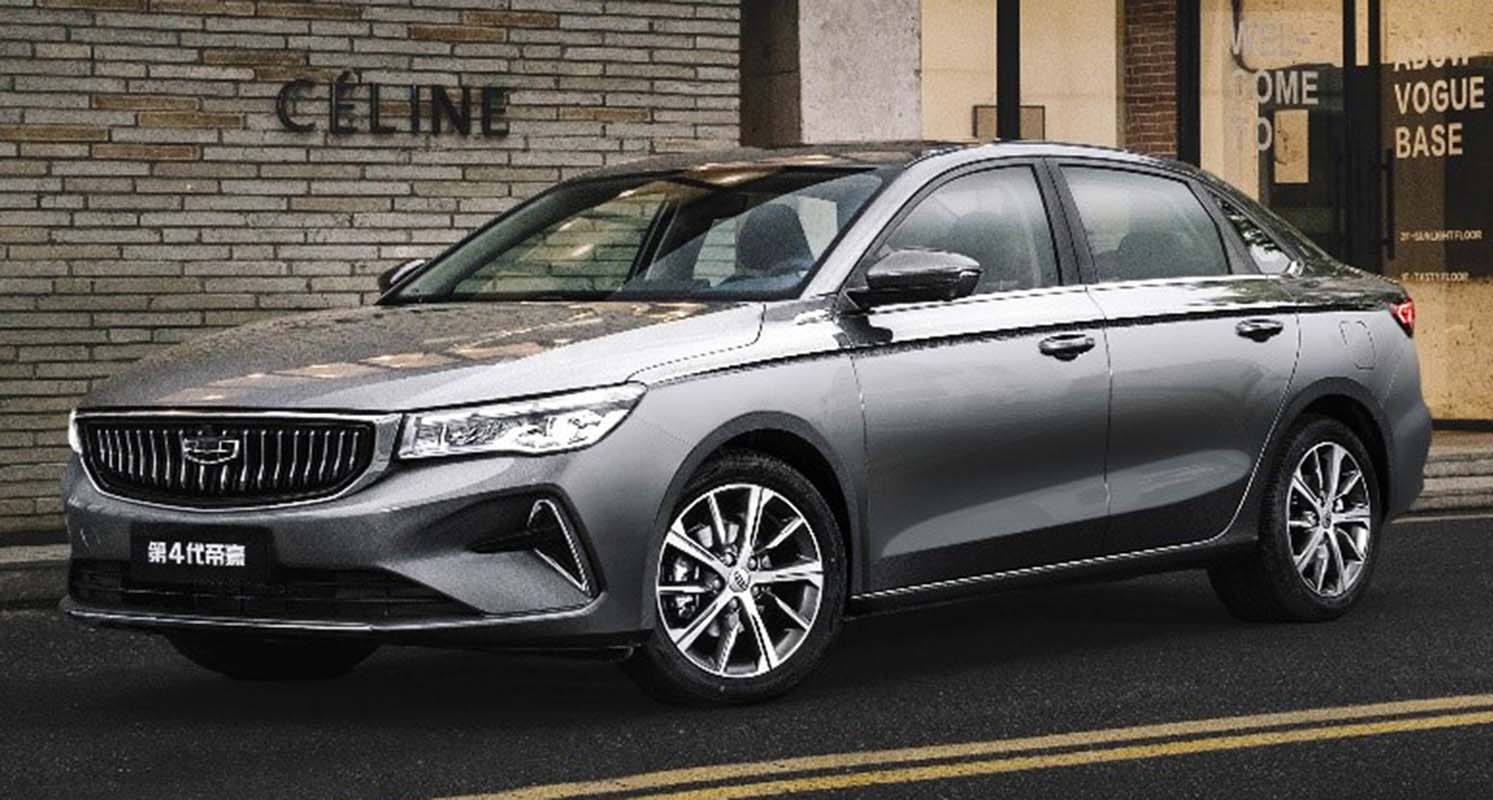 VERTICAL AND MODULAR ARCHITECTURE BASED DEVELOPMENT

Faced with highly differentiated global standards and consumer demands, Geely Auto and Volvo Cars have developed have four world-class intelligent modular architectures; the BMA, CMA, SPA, and SEA fully compatible with a diverse range of powertrains systems including pure gasoline, HEV, PHEV, and BEV. Through modularization, Geely architectures have improved R&D efficiency by 30%. At the same time, Geely has also developed an advanced electronic and electrical architecture, GEEA2.0 which acts as a central nervous system for vehicles.  In the future, GEEA2.0 will evolve to GEEA3.0 opening the door to an era where intelligent cars are not limited to domain control but also have access to centralized cloud computing capabilities.

The chip is the foundation of a vehicle operating system and a limiting factor in the future intelligent experience. Today, Geely has self-developed an intelligent cockpit CPU, SE1000, which has adopted a 7nm architecture and will enter mass production after passing certification in early 2022.  The SE1000 will become China’s first vehicle SOC with a 7nm architecture. In the future, a 5nm integrated vehicle CPU and high computing power autonomous driving chip will be launched to meet the computing needs of high-end autonomous drive functions.

Geely is committed to creating an integrated vehicle software user experience through building a full-stack development ecosystem covering electronic and electrical architecture, vehicle software, cockpit software, and autonomous driving software. To this end, Geely has opened its software architecture to developers around the world with more than 1,000 API interfaces, software tools and platforms, and service partnerships with more than 1,000 digital partners. By 2025, Geely aims to push one to two FOTA upgrades every quarter covering full vehicle and powertrain solutions, allowing the development of its vehicles to evolve from “manufacturer-led” to “user software and user co-creation led.”

With the future development of intelligent vehicles, data has become the driving force behind user experience. Geely Auto’s parent, Geely Holding Group has self-developed satellites and satellite networks designed for vehicle utilization to provide direct and accurate positioning services. Geely Holding has now completed the deployment of 305 high-precision space and time reference stations. By 2026, Geely Holding will have completed the deployment of its Internet of Things communication network and low-orbit constellation. The high-precision surveying and mapping data of China will be completed by 2023 and provided to Geely Auto Group for use in enacting truly safe autonomous driving.

Intelligent Geely 2025 focuses on three intelligent systems; intelligent power, intelligent manufacturing, and intelligent service’. In terms of intelligent energy, not only is Geely developing in the direction of hybrid power through its “Leishen Power” brand, but the Group is also advancing in electric power and alternative fuels.

Geely’s development in electric power has quietly advanced to industry-leading levels. In batteries, Geely has fully mastered module and battery pack technologies and is ramping up the mass production of batteries. The Group has already established joint ventures for battery production plants with CATL and other strategic partners. In terms of electric motors, Geely has developed advanced 800V technologies including silicon carbide power modules, and high-efficiency oil-cooled motors. By 2023, Geely will begin mass-production of its silicon carbide power modules. 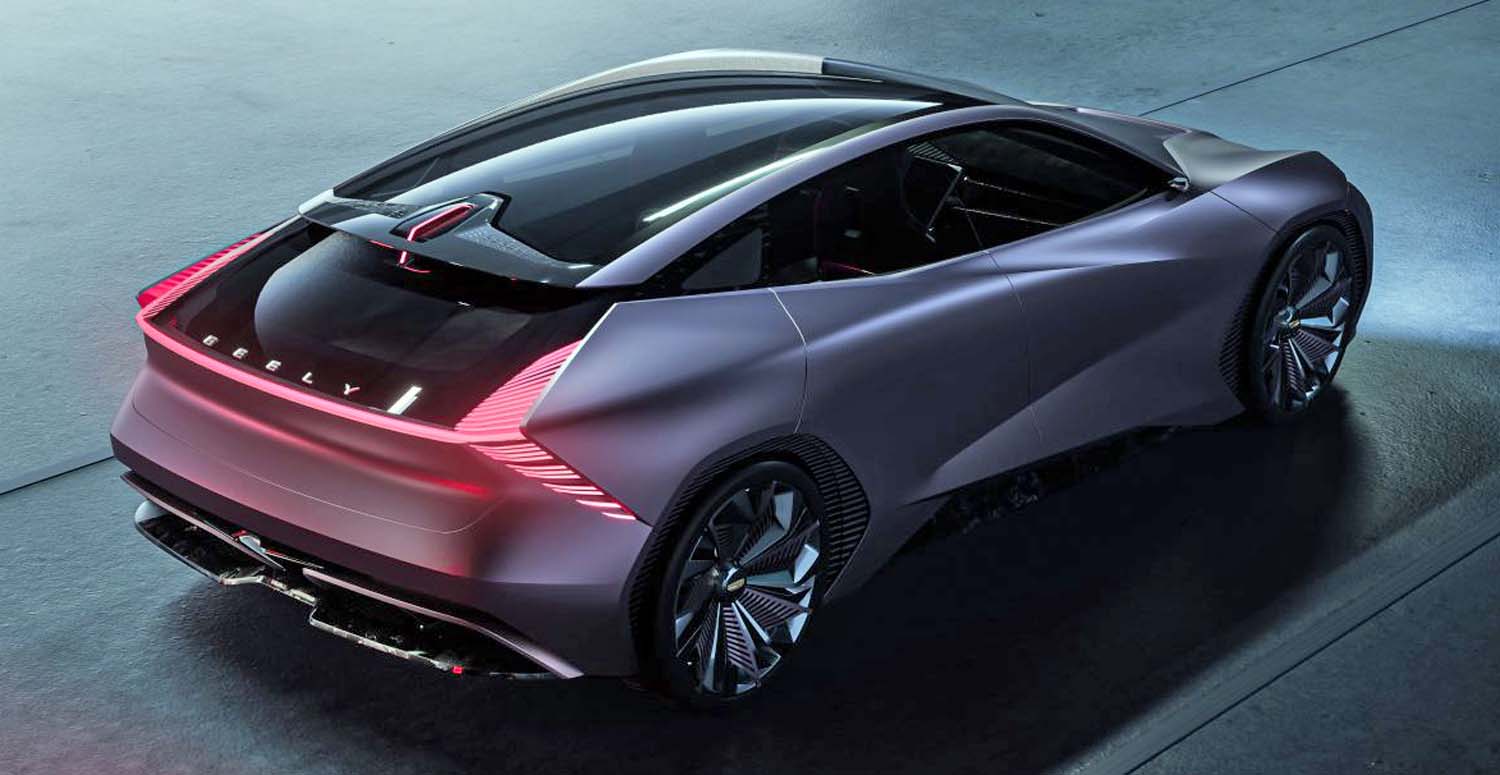 Geely Technology Group has already established around 100 battery swapping stations across China that can swap batteries in as fast as 59 seconds using automated technologies that allow for safe operation. The driver simply enters the station and leaves with a fully charged battery without having to leave the vehicle.

Geely plans to rapidly roll out the service in the coming months as more battery swap-capable vehicles come into the market. Geely invested ride-hailing service, CaoCao Mobility is already making use of the battery swap service in key cities across China, proving the technology is mature.

In alternative fuels, Geely is the global leader in methanol vehicle and methanol fuel technologies. With more than 200 key patents, Geely is the only mass-producer of methanol vehicles. In 2022, Geely will launch the “Leishen Methanol Hybrid Engine.” The new engine will have a fuel consumption rate of 9L/100km, a 40% improvement from current generation methanol powertrain systems. By 2025, Geely aims to reduce consumption to 7.6L/100km further improving cost performance and helping achieve net-zero carbon emissions in combination with methanol syn-fuels.

Intelligent Geely 2025 represents an intensification of Geely’s commitment to sustainable development. Geely will make every effort to reduce total carbon emissions by 25% by 2025 and achieve carbon neutrality by 2045.  In addition, Geely hopes that by sharing its GEEGA industrial internet platform, waste and emissions can be reduced throughout its supply chain. 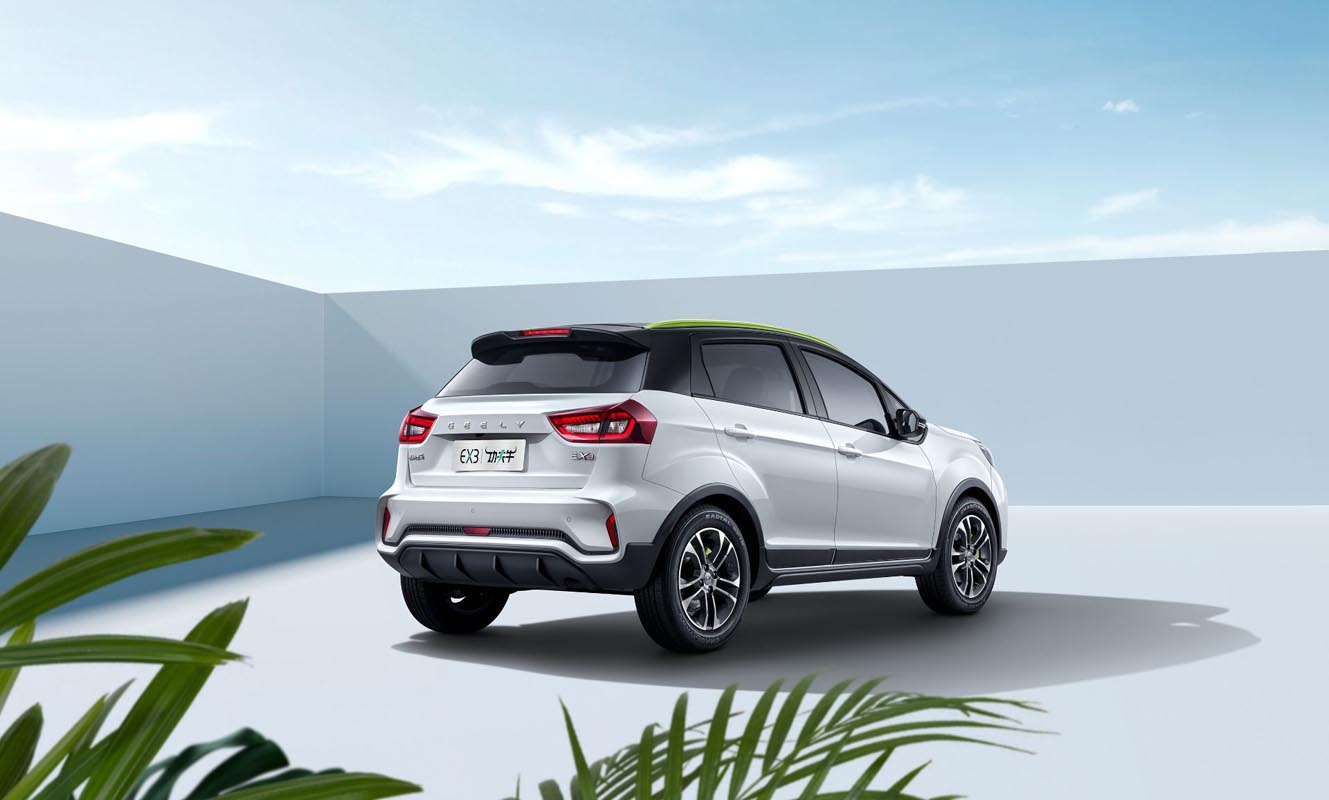 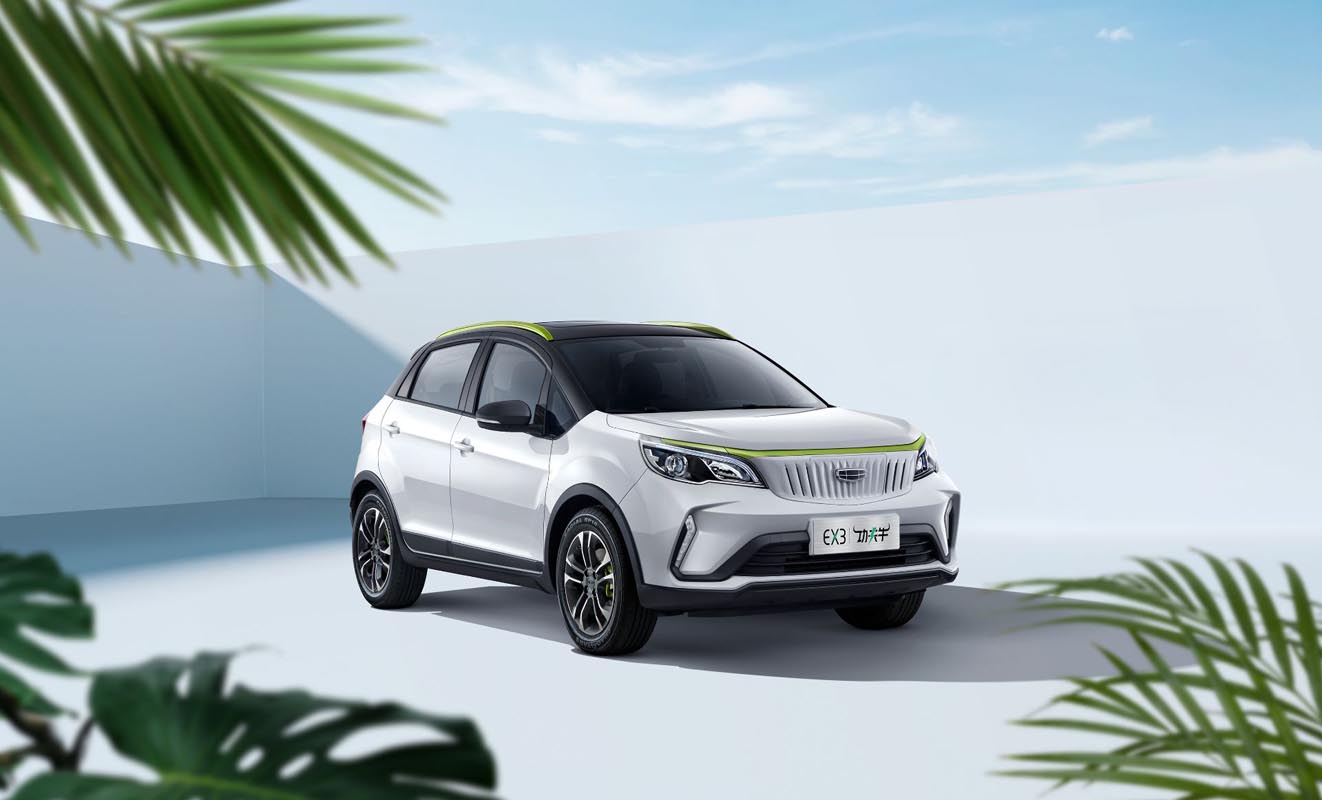 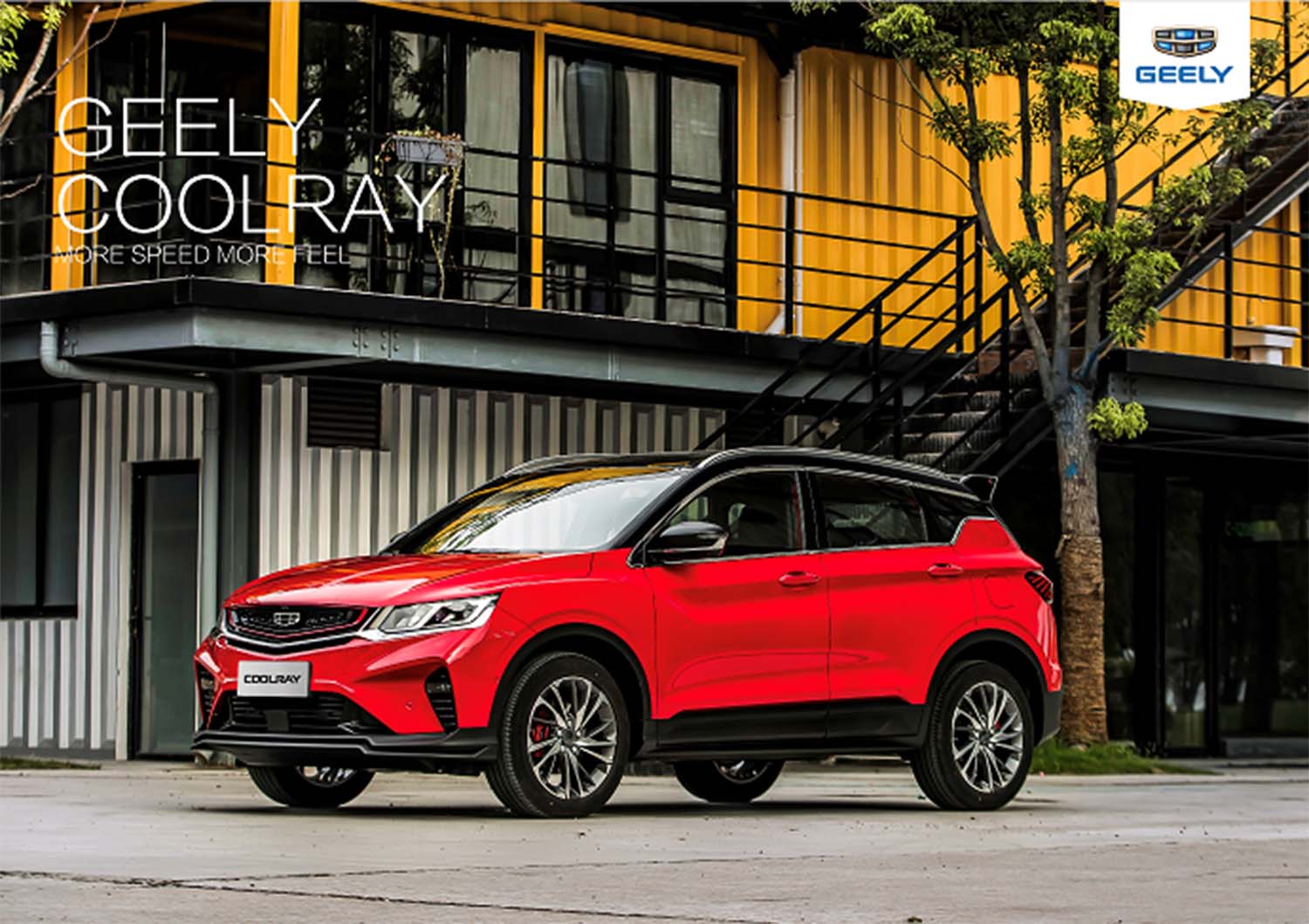 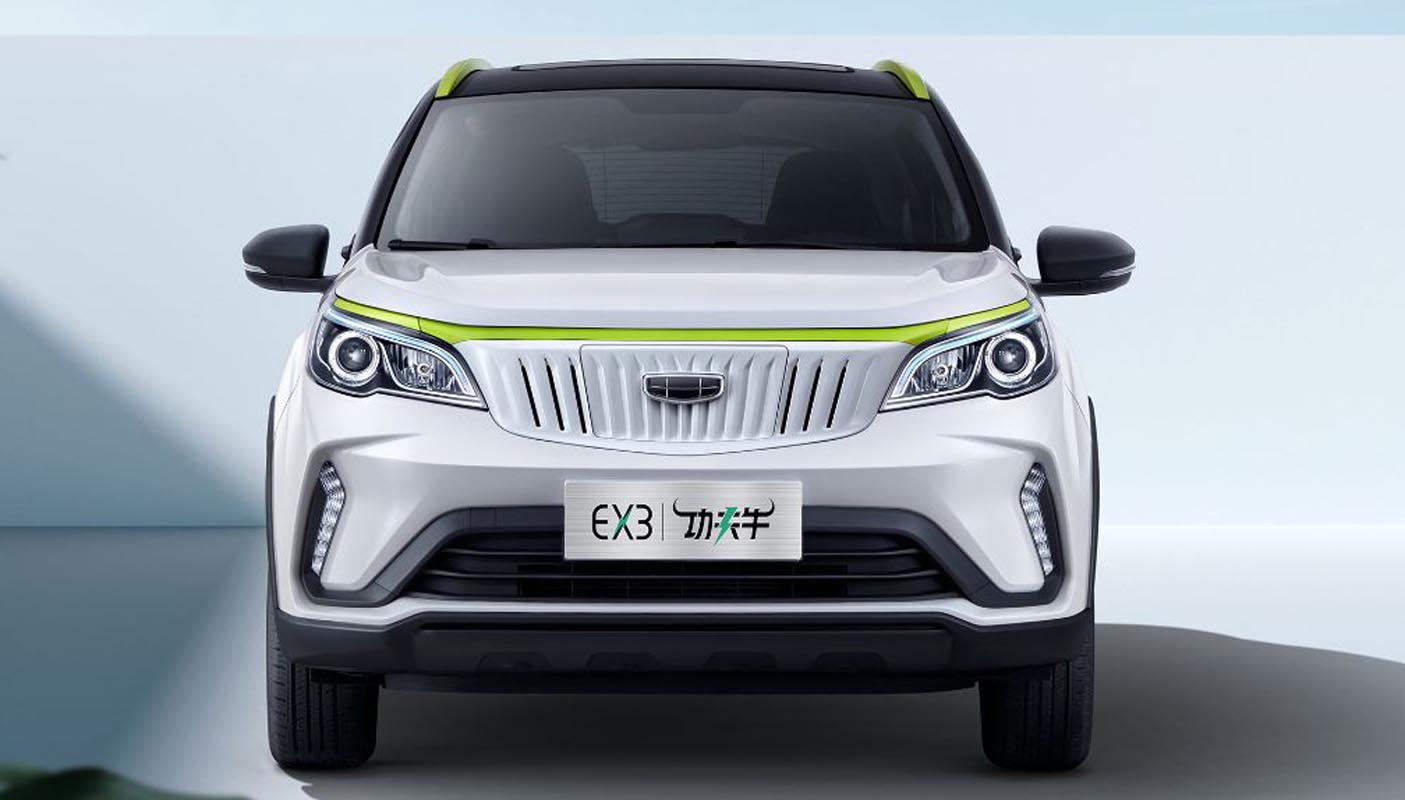 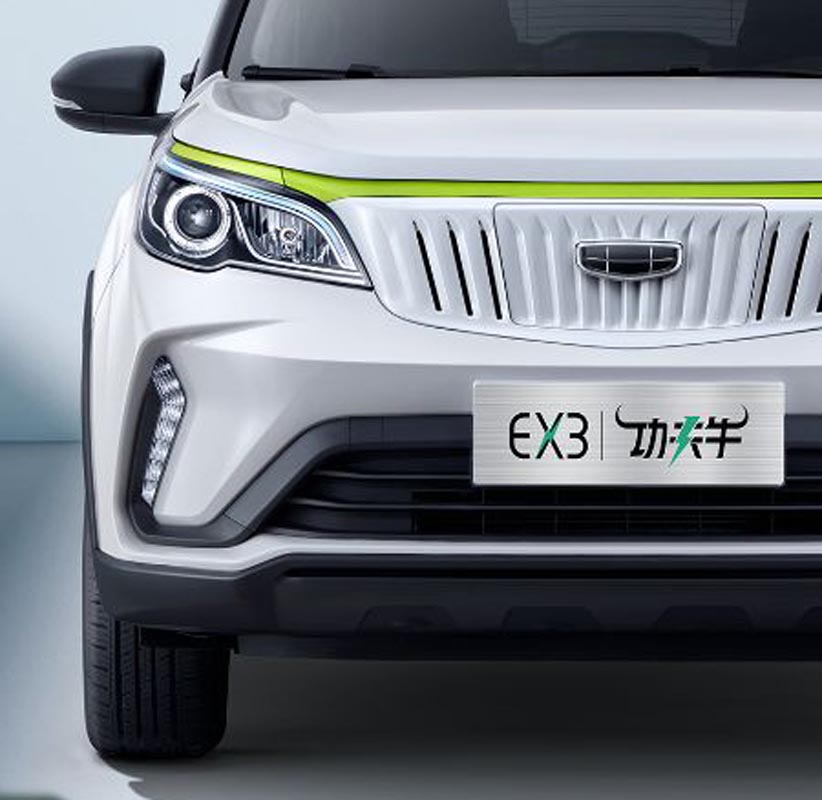 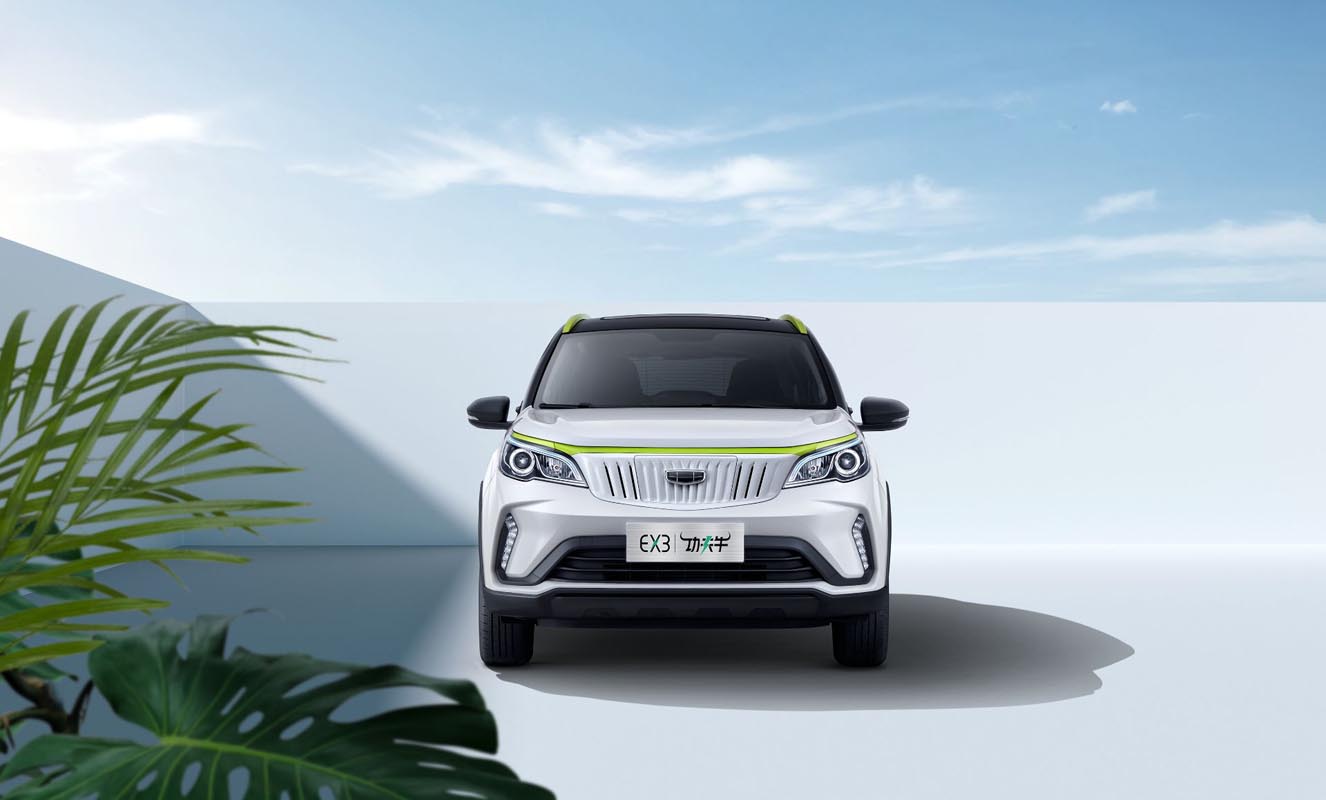 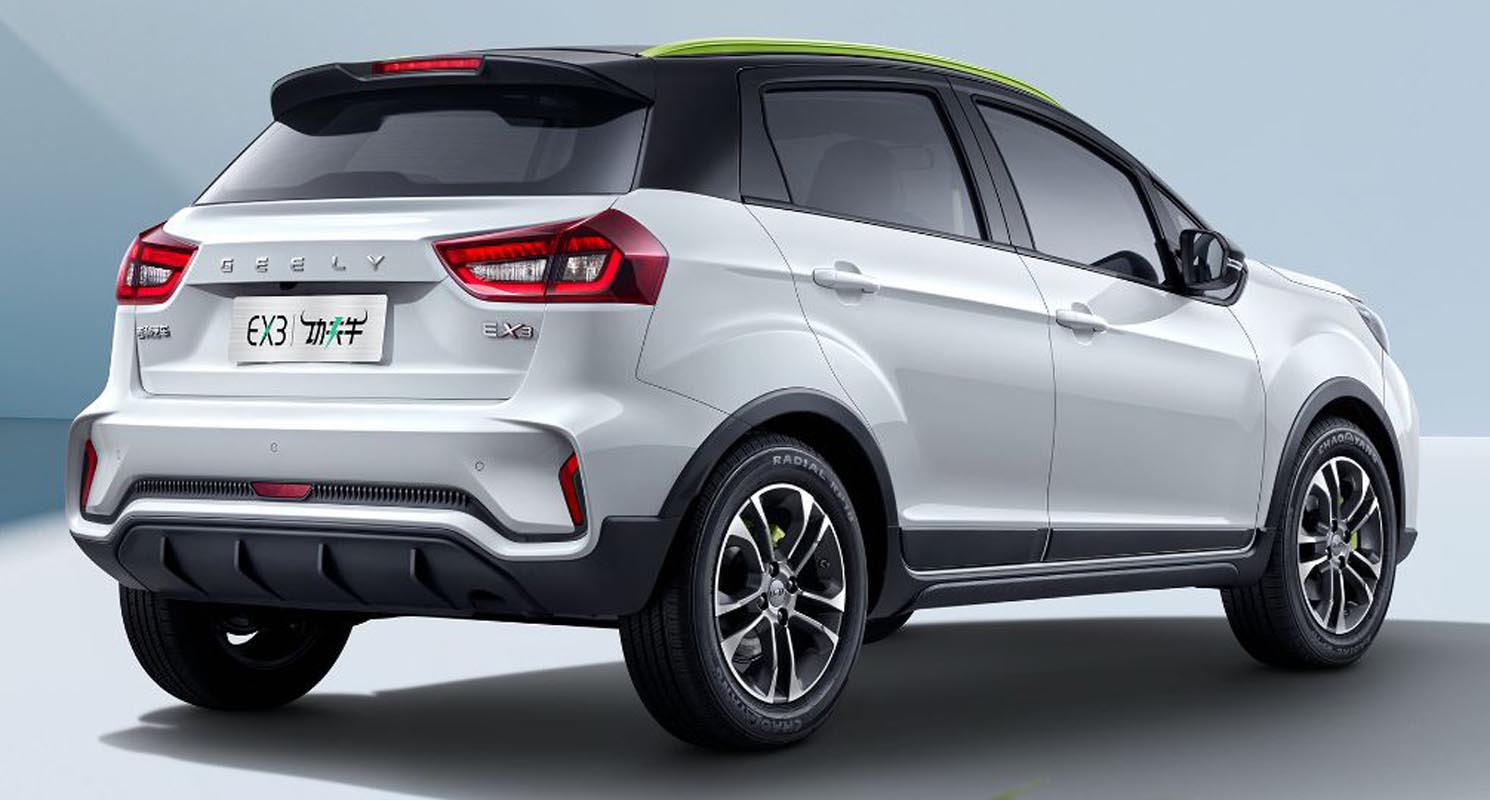 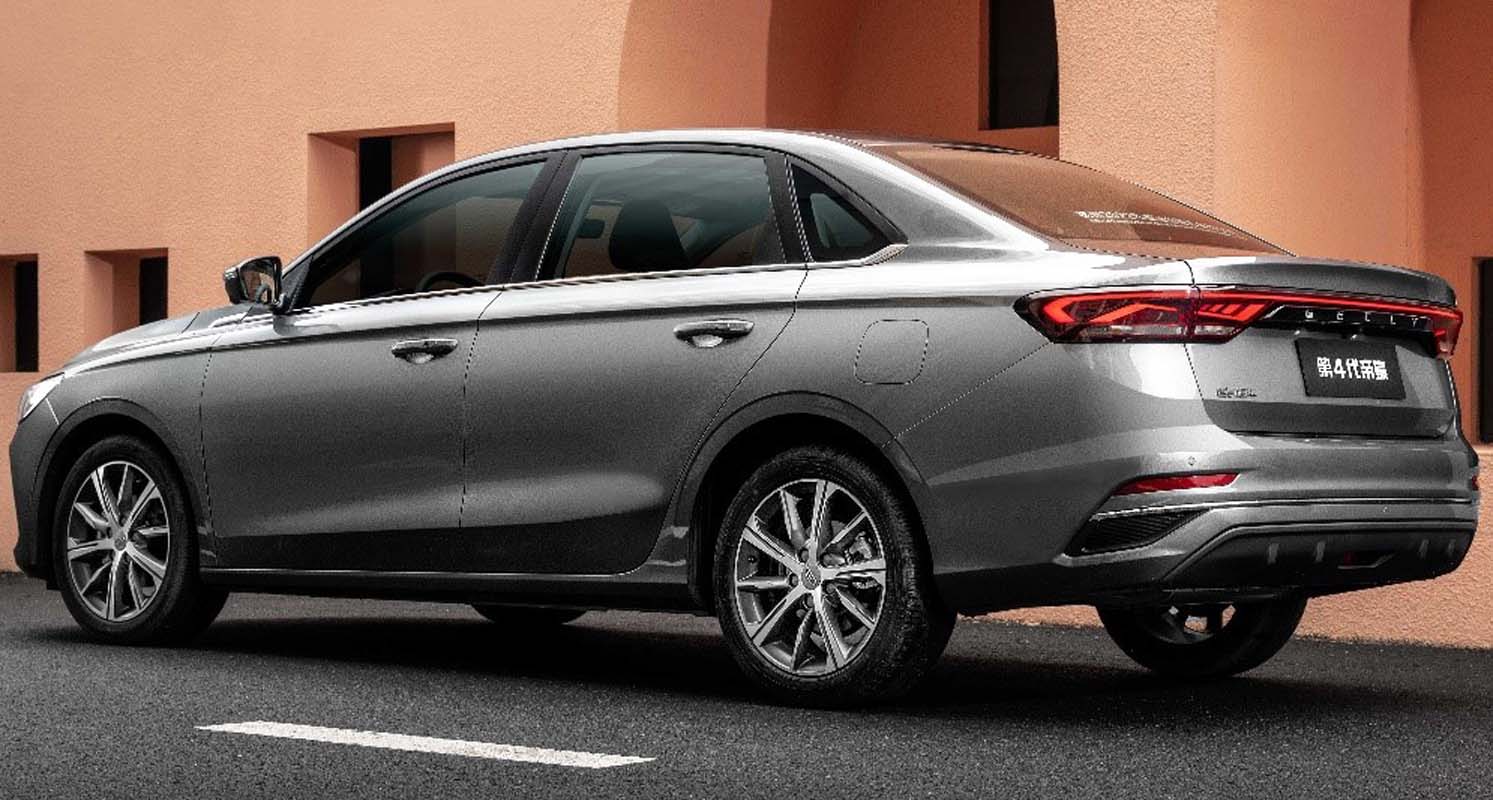 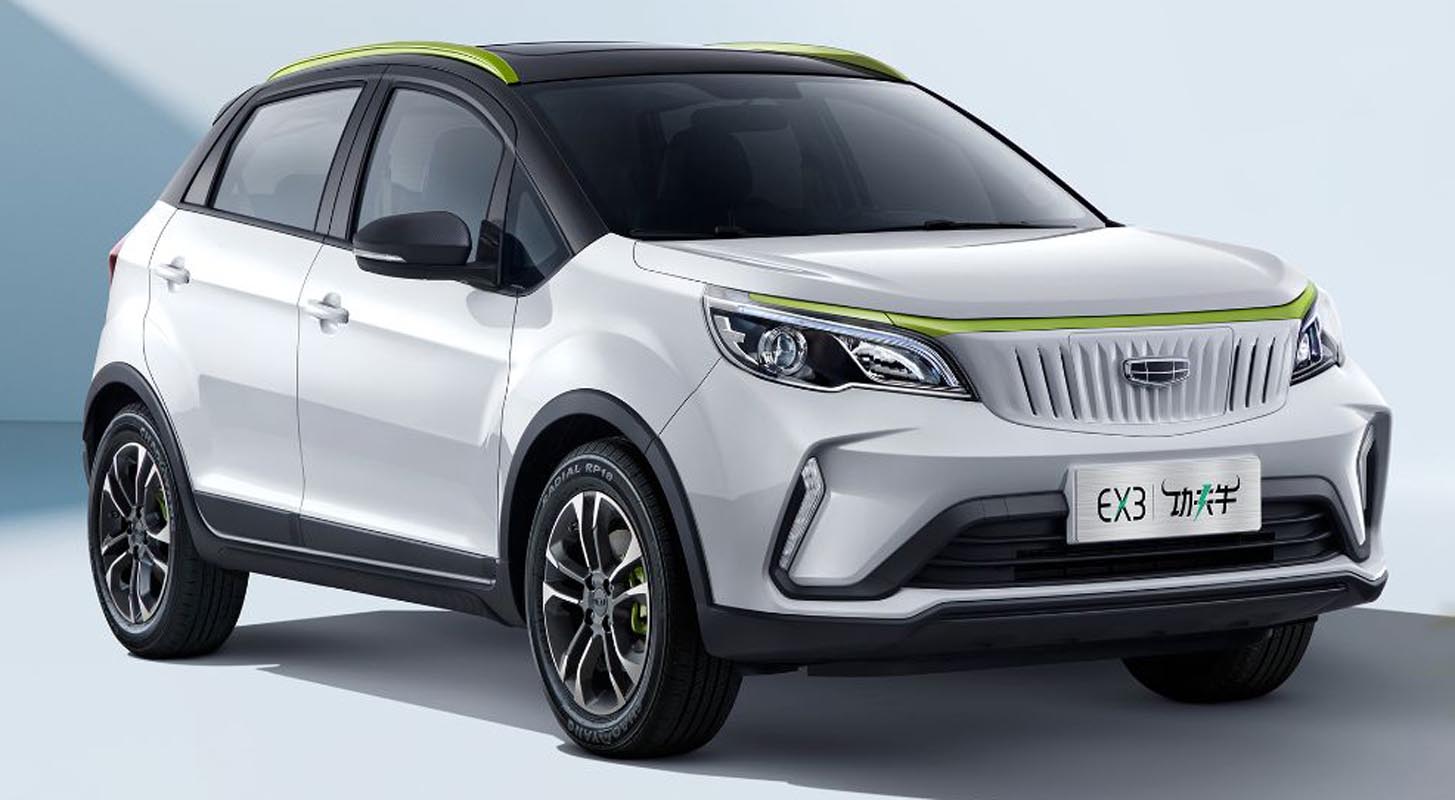 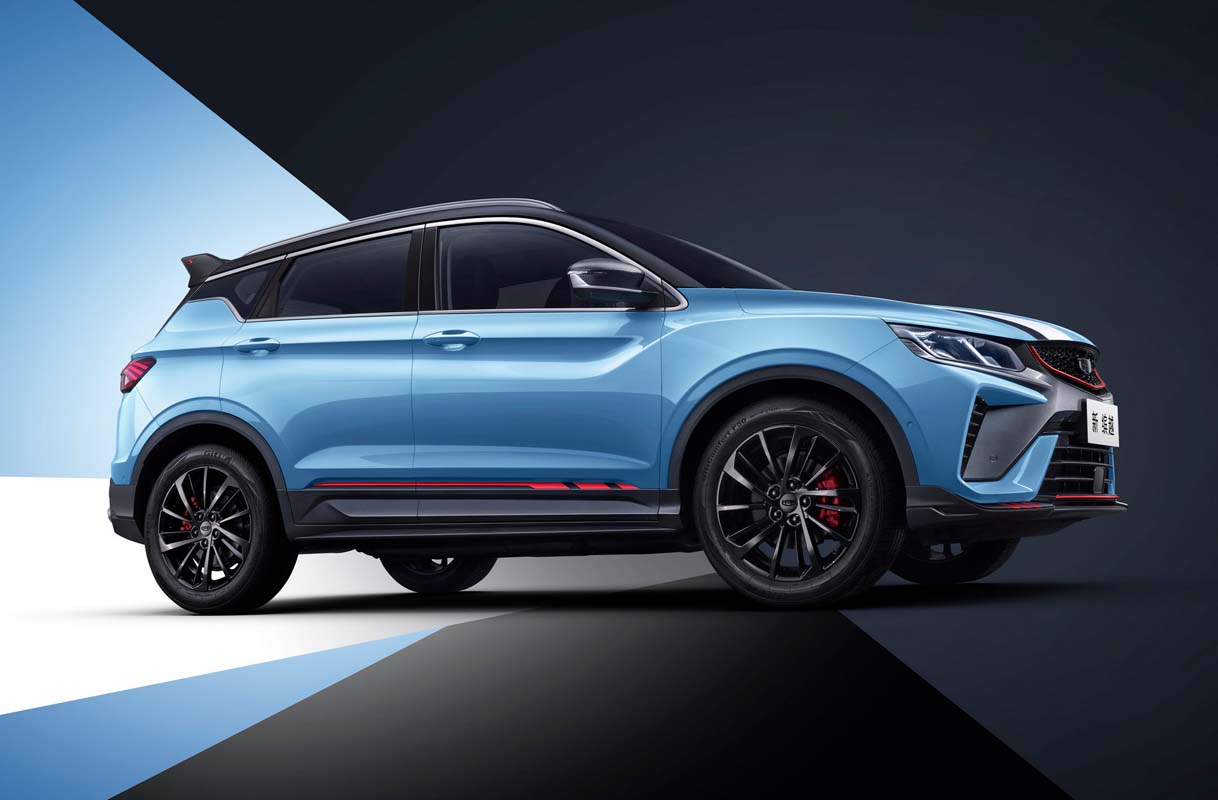 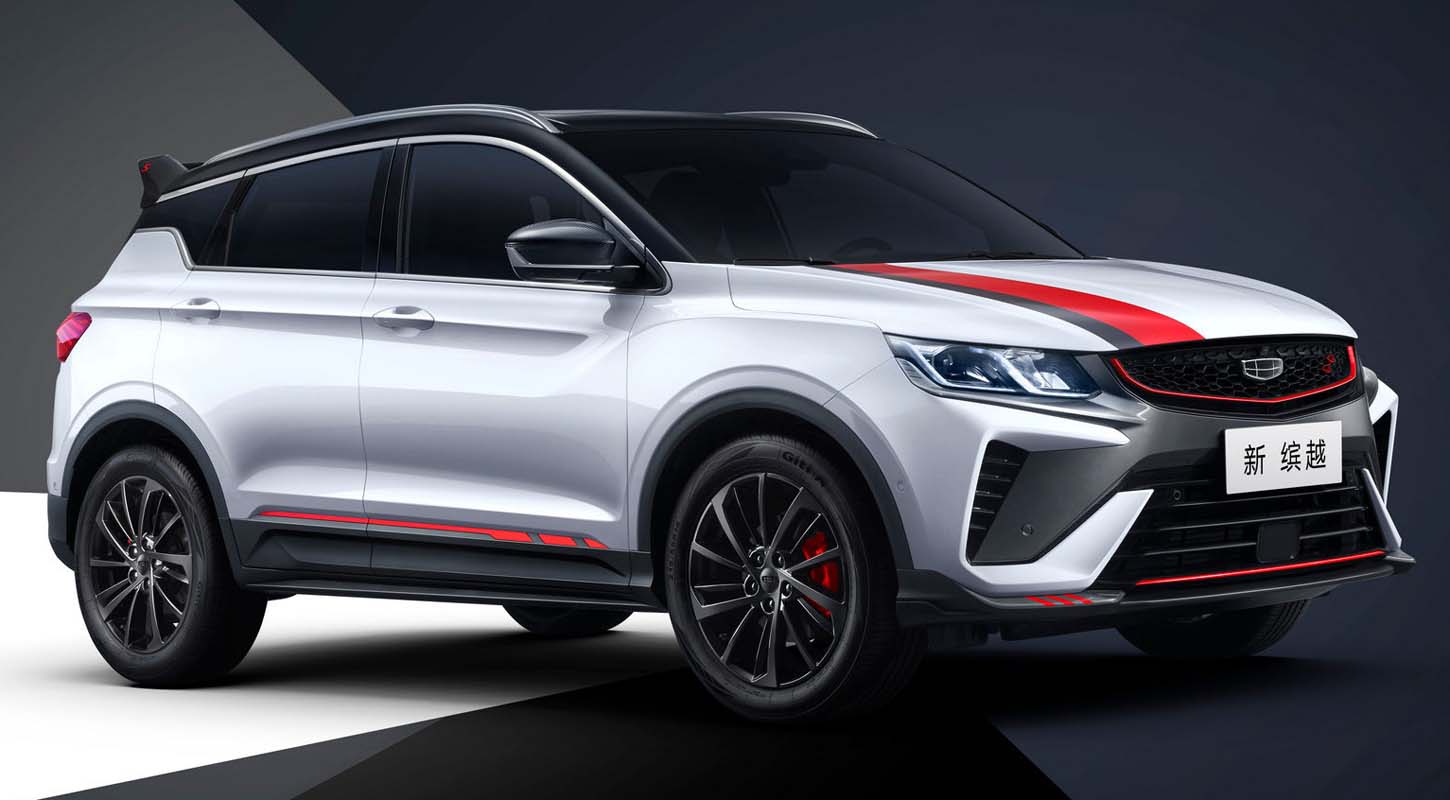 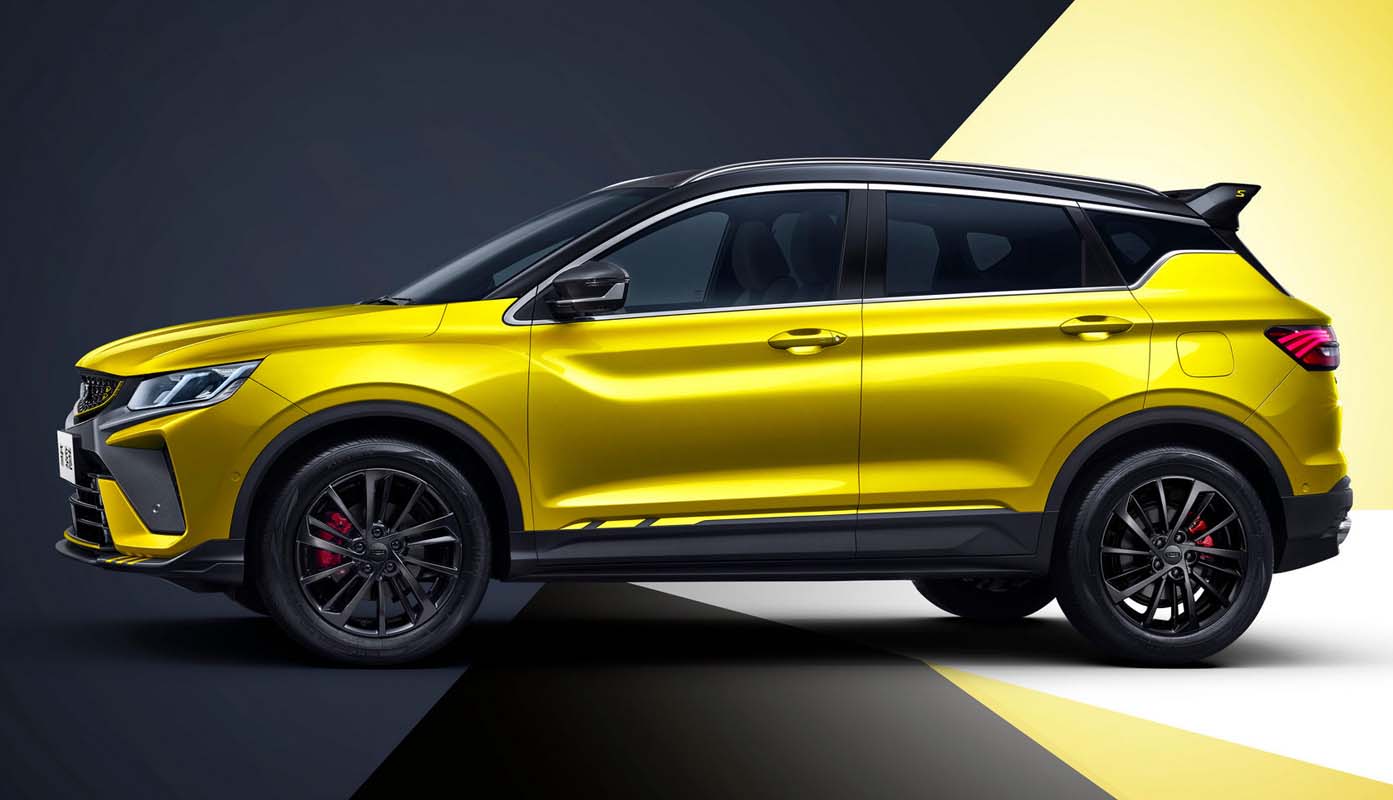 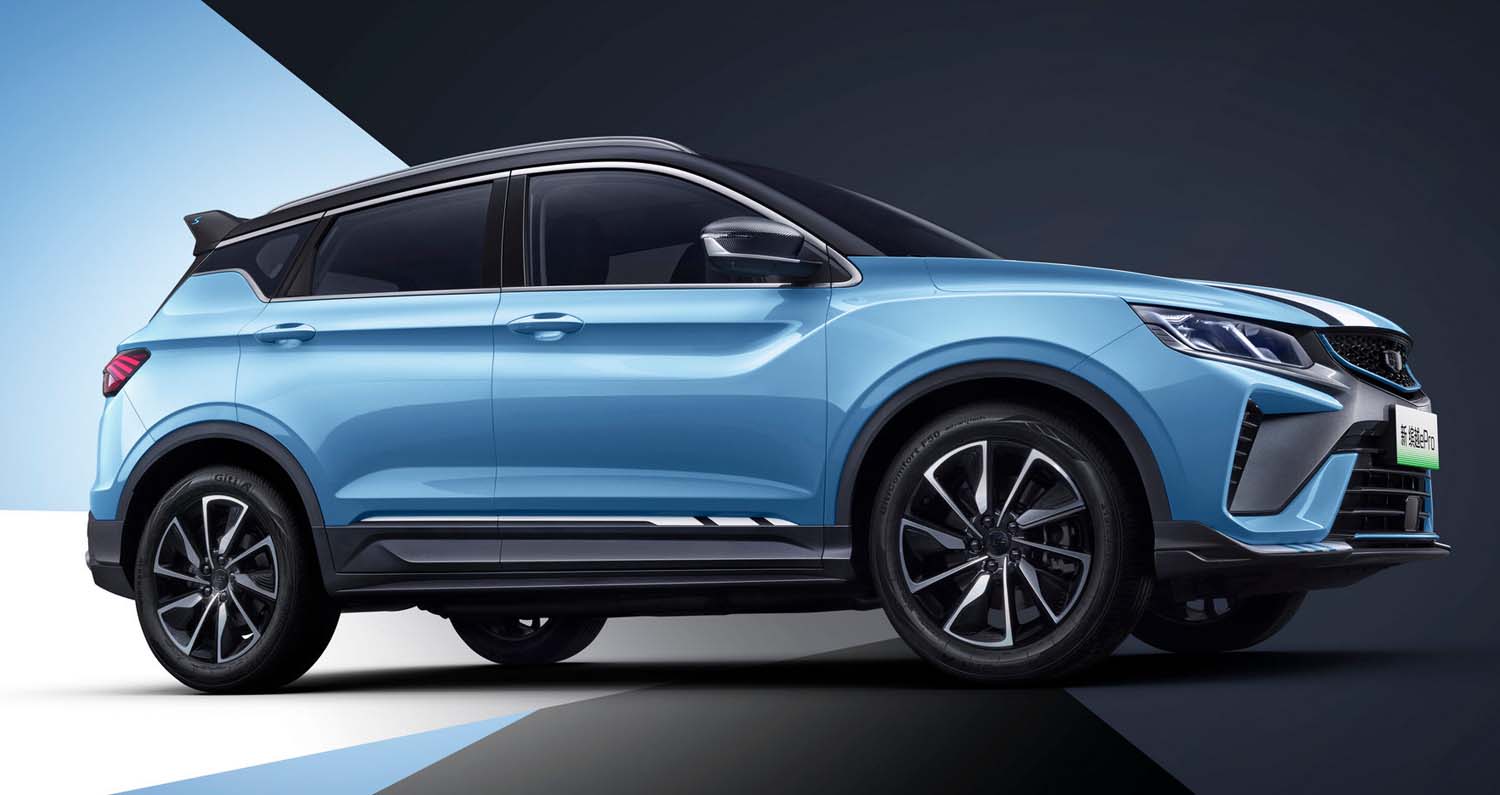 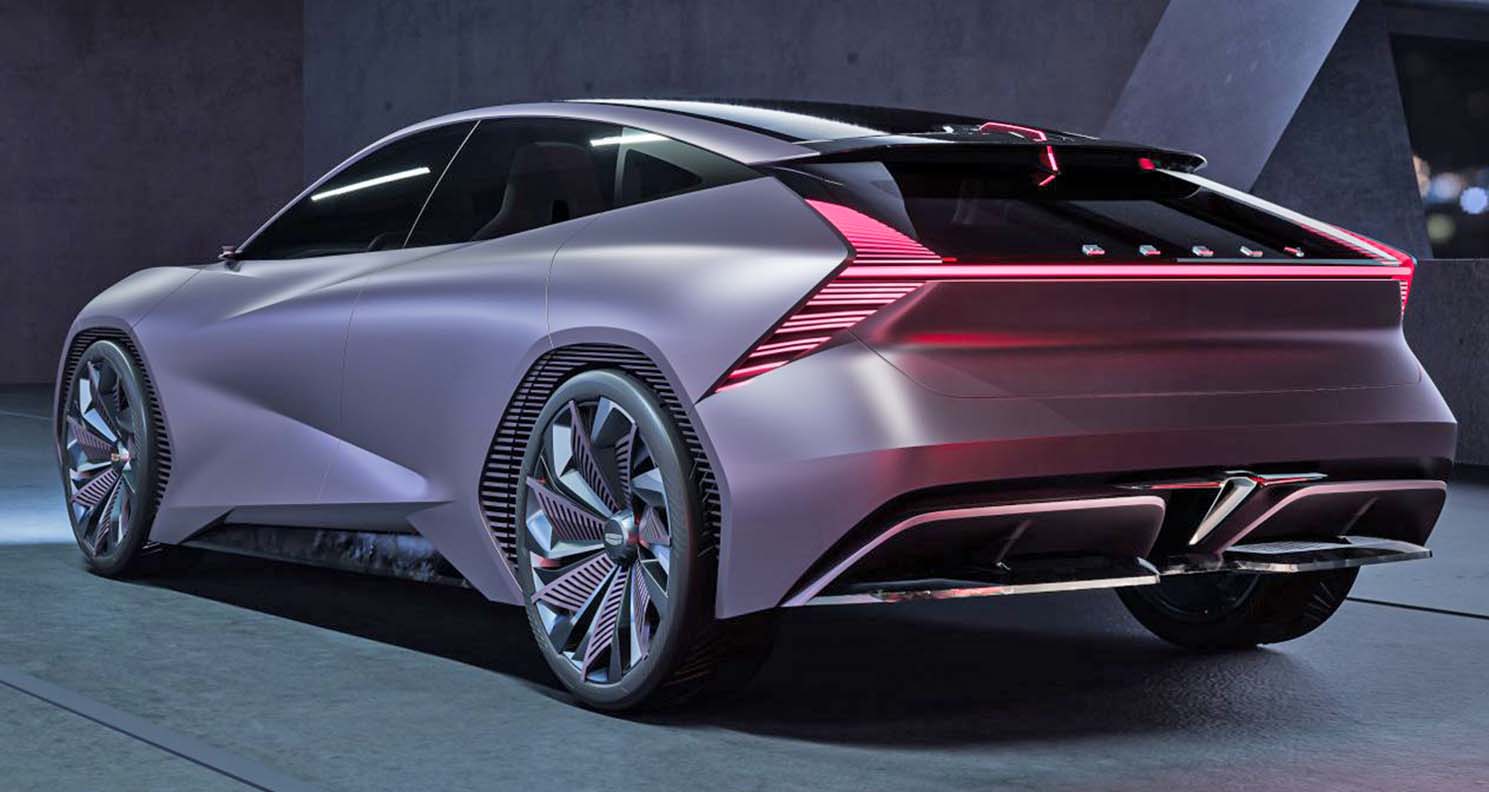 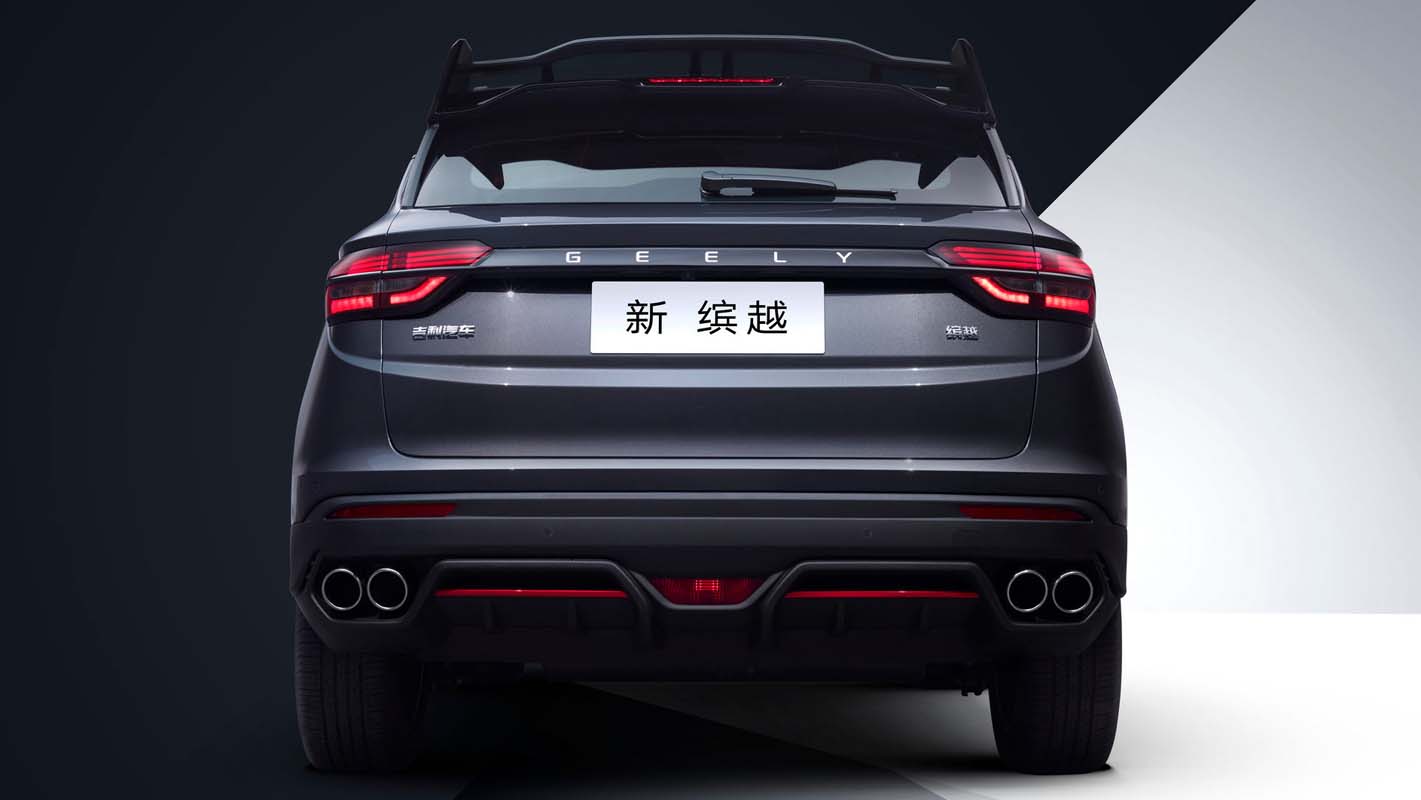 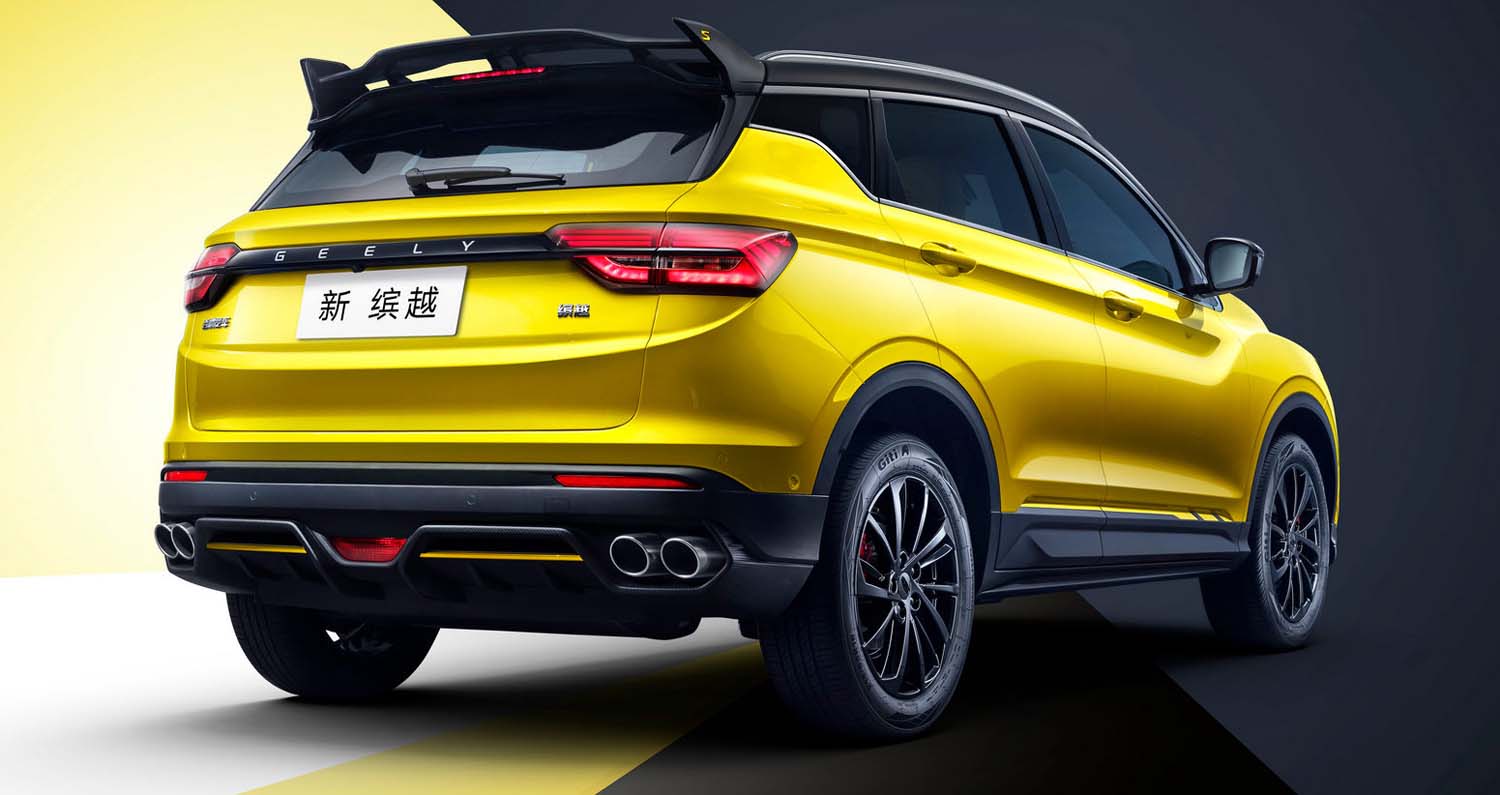 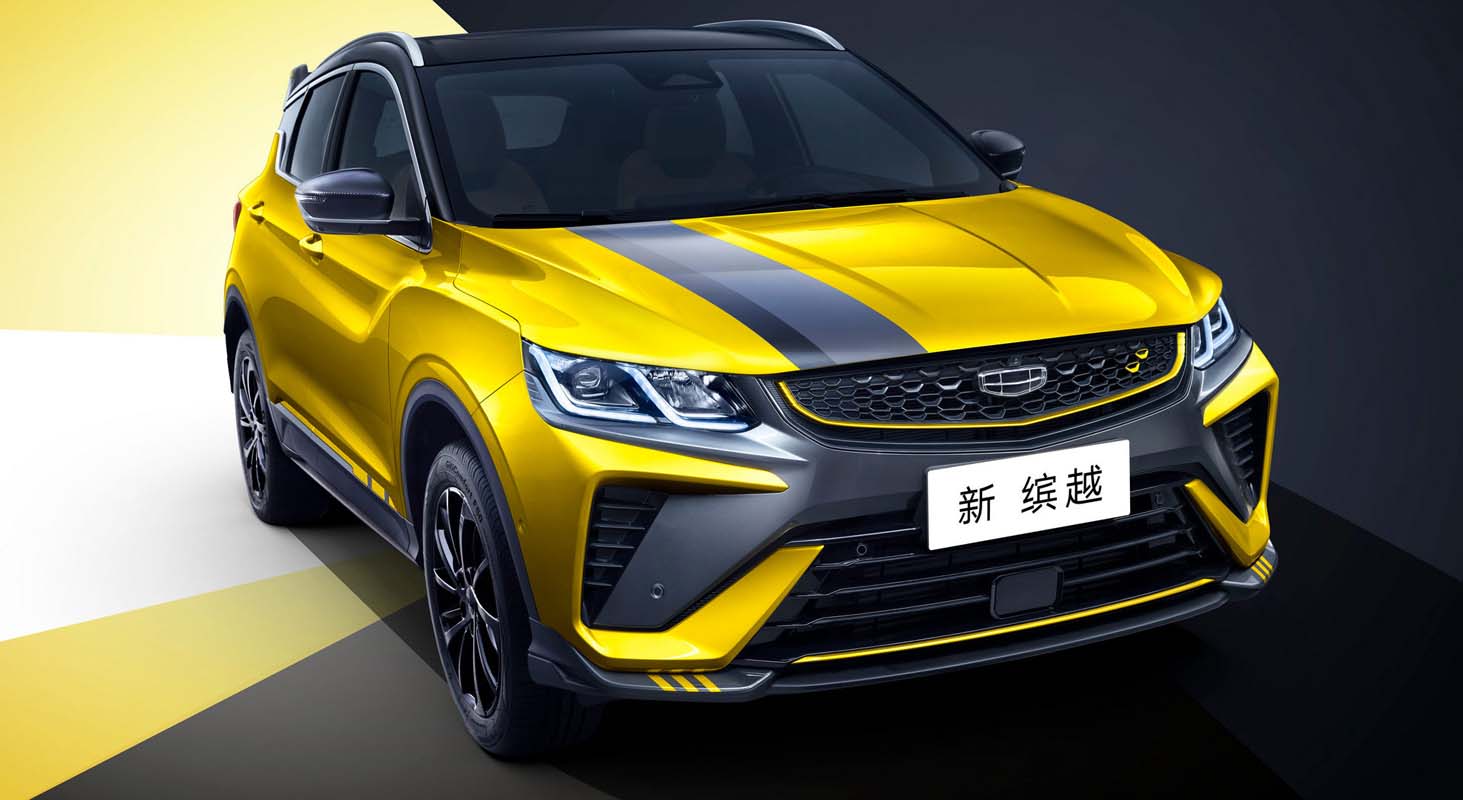 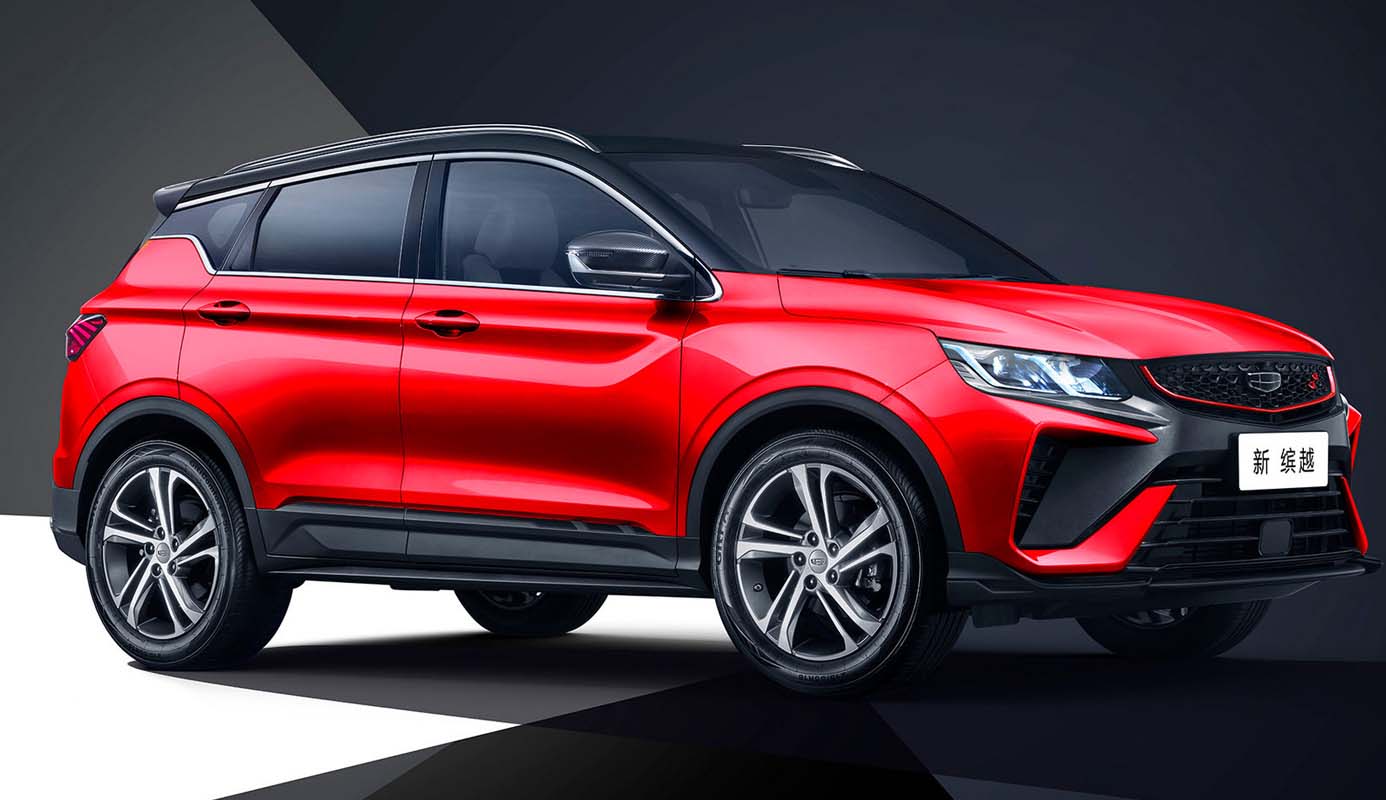 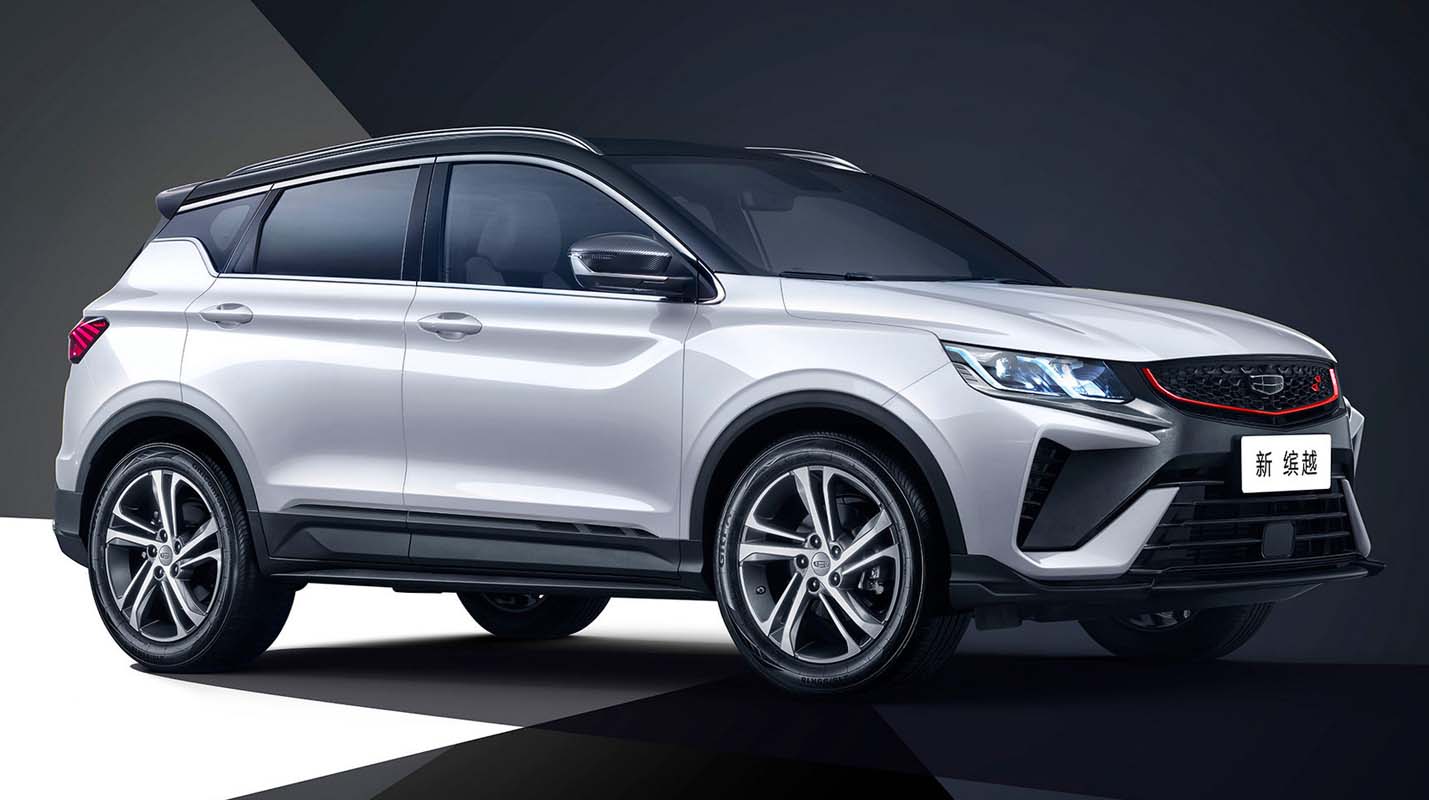 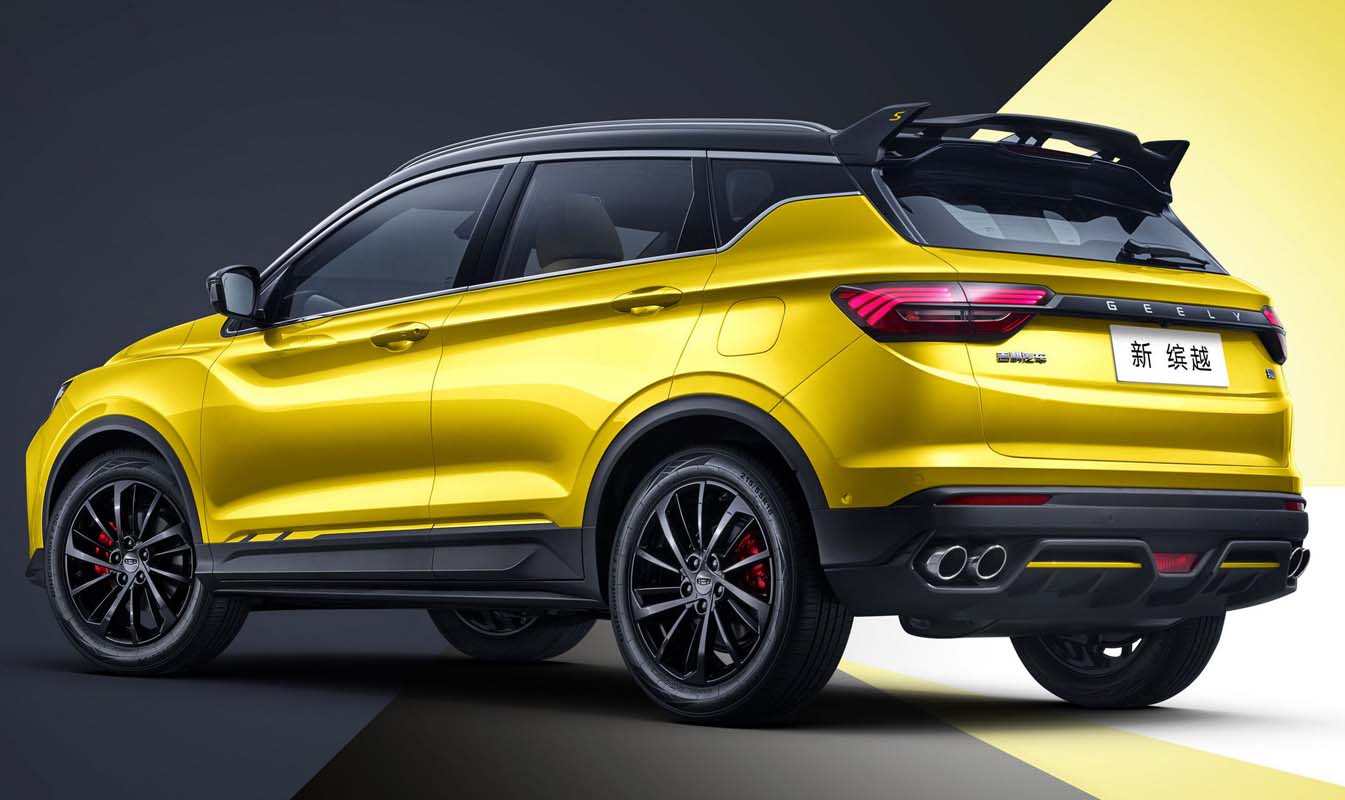