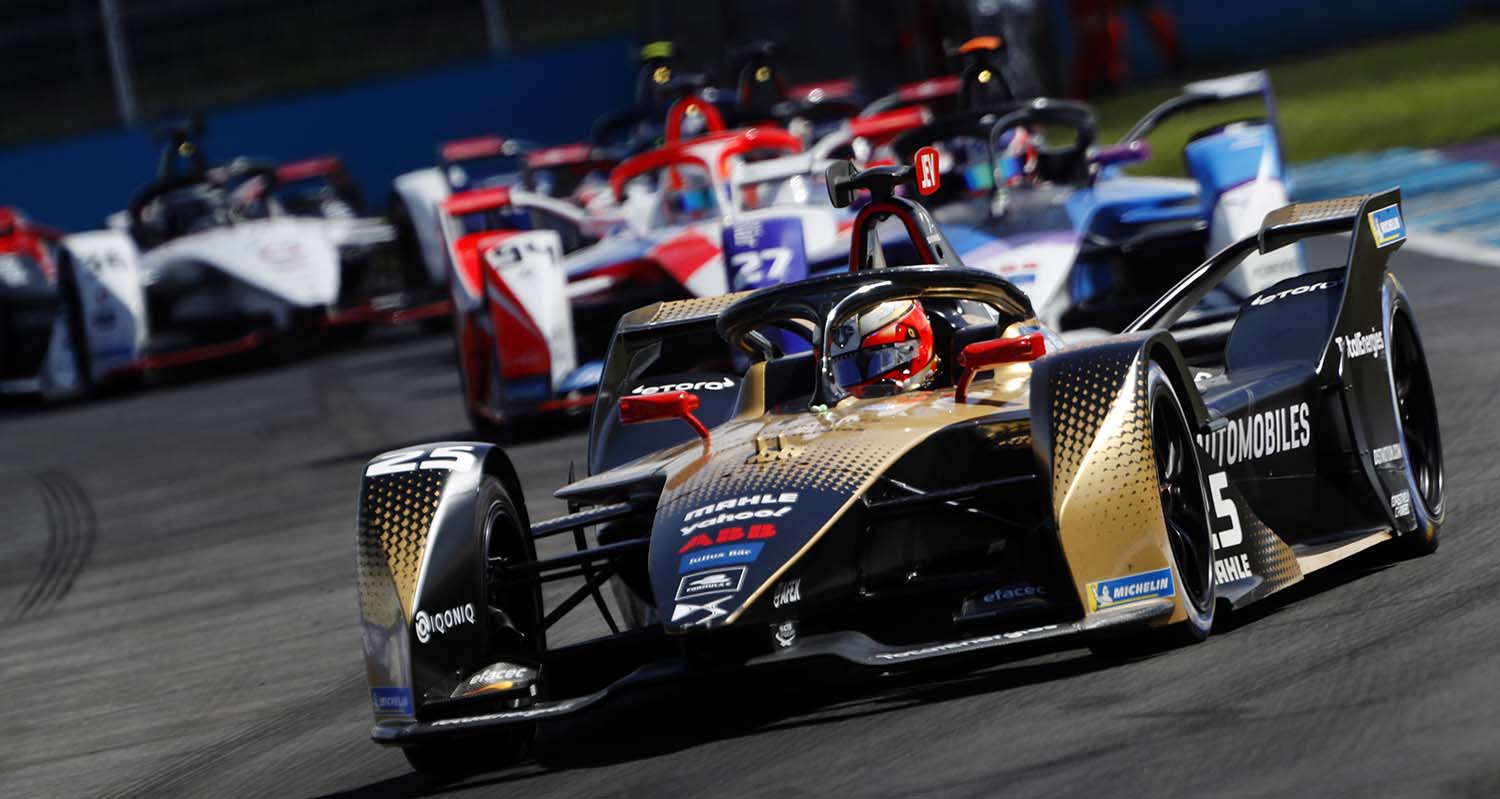 The second E-Prix of the weekend in Puebla, Mexico yielded more points for DS TECHEETAH. Today, it was Jean-Éric Vergne finishing in the top-10, as he crossed the line in P8 at the wheel of his DS E-TENSE FE21 after a race always in the leading group. The 2.982-long track surrounded by volcanoes in Central Mexico was again the scenery of close racing and fierce battles. António Félix Da Costa retired six laps from the end.

Overall, the team could have expected better results from this first visit to Puebla, given the level of performance shown, but the challenging conditions and the close competition faced on the Mexican track, whose surface deteriorated steadily throughout the weekend, denied the opportunity to collect more points. Still, DS TECHEETAH and its drivers leave Mexico having increased their point total as they head into the final part of the season. In the Teams standings, DS TECHEETAH is now second, only 3 points from the top, while in the Driver standings, Da Costa is third, 12 points shy of first, and Vergne is tenth, 22 points aback from the leader.

Vergne and Da Costa were 2nd and 15th, respectively, in the third free practice session, held on Sunday morning after the heavy rainfall on Saturday night. Vergne once again made it to SuperPole, taking P4 on the starting grid, while Da Costa had a more difficult qualifying session and started the race from P22.

In the initial laps, Vergne was 5th, and ran between the 4th and 6th position during the race, eventually finishing 8th after being aggressively attacked in the last moments of the race. Da Costa climbed through the field up to 16th before suffering brake overheating after the piece of a wall advertising banner got wrapped in the front of his car, which eventually caused him to hit the wall.

A few thousand spectators were allowed into the grandstands, which was a heart-warming sight for the entire community of the ABB FIA Formula E World Championship, which will soon head to North America for another double-header, as the 9th and 10th rounds are scheduled in New York on 10-11 July.

Jean-Éric Vergne, P8:
“Today it was very difficult to drive the car, I had a lot of oversteer and the rear tyres were gone by mid-race. It was really a question of hanging on, but it was very difficult to keep the car on the track. I scored 4 points, it is not what I wanted but it is better than nothing. For the championship, none of the big contenders scored many points, let’s see the positive, and I am less than one win away from the lead, with six races remaining, so everything is still possible, but we need to regroup and understand why we did not performed fully today.”

António Félix da Costa, DNF:
“We go home with a decent situation in terms of championship positions. We had a really nice race yesterday and today we were doing a cool race again, coming from the back because of the qualifying in group 1, and then we got really unlucky when another driver hit the wall and peeled off many meters of a sponsorship plastic banner, which was collected by my car. Temperatures went over the roof, I had no balance anymore, it was very hard to drive. It’s a very unusual thing, but it happened to us today. As a team we certainly learnt some lessons, that will makes us stronger and I am really confident for the last six rounds.”

Mark Preston, DS TECHEETAH Team Principal:
“Difficult weekend here in Puebla but we came away with just enough points to move us up in the Teams championship, we think it will go down the wire in Berlin. Fortunately, JEV keeps chipping away at the points in similar fashion to his season 4 title. We’ll go away, regroup and work on some of the challenges we found ourselves in this weekend.”

Thomas Chevaucher, DS Performance Director:
“The team leaves Mexico with some points that could prove crucial at the end of the season. The overall result is not up to our ambitions and the performance level of our car and our drivers, but we always learn from challenging weekends and they make us stronger. We are clearly determined to continue our recovery in the teams and Drivers standings as from the next races in New York.”