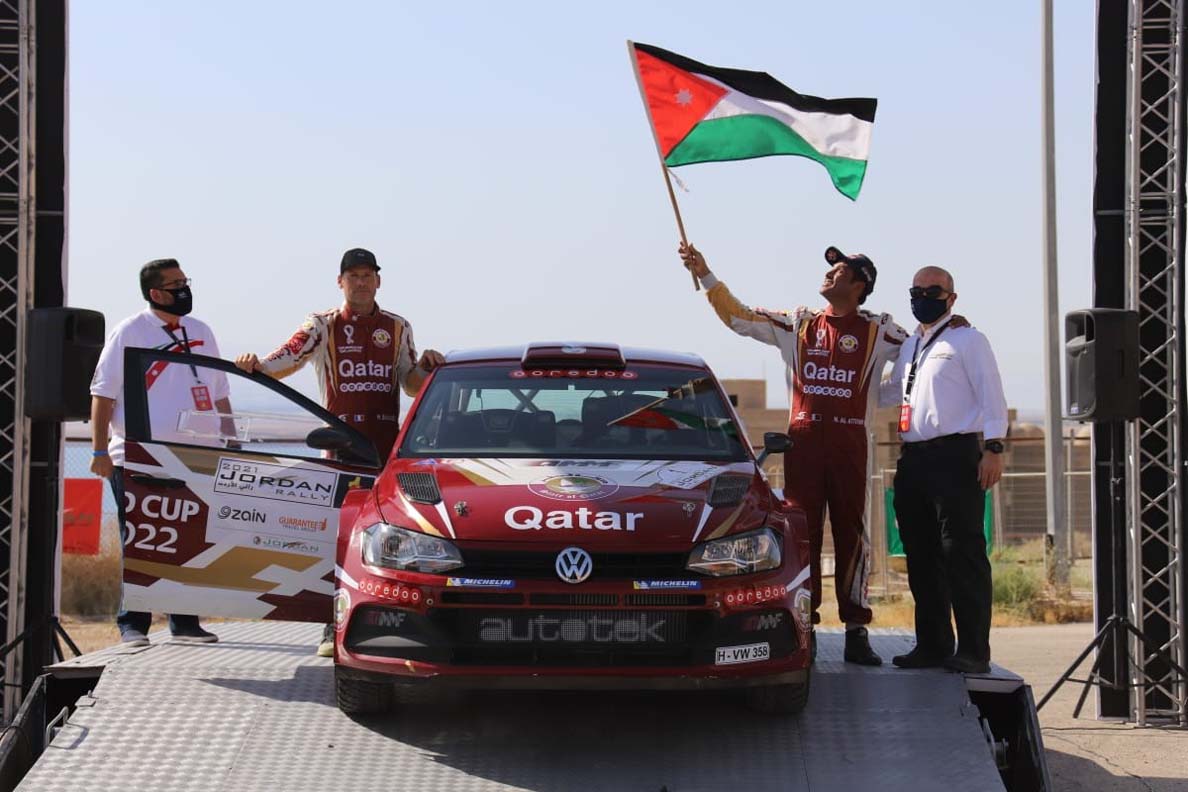 The 2021 Jordan Rally got underway on the shores of the Dead Sea on Thursday afternoon. Twelve cars and competitors from eight nations will now tackle 10 demanding gravel stages on Friday and Saturday in the Dead Sea, Mount Nebo and Jordan River areas close to the lowest geographical point on earth.

Nasser Saleh Al-Attiyah will be hoping his extend his eight-point lead in the FIA Middle East Rally Championship in the absence of closest rivals, Abdulaziz Al-Kuwari and Khalid Al-Suwaidi, who pushed him hard at the opening round in Qatar at the end of January.

Hamed Al-Wahaibi had been relishing his return to the international arena after a nine-year absence, but the Omani suffered a shock crash while testing tyres on Thursday morning and was not able to make the ceremonial start after damaging his Škoda Fabia.

Al-Wahaibi said: “I lost a bit of concentration while testing tyres. I just ran a bit wide out of a corner and went into a small ditch. The car went end-over-end about five times. Ilka (Minor) and I are both okay. The car proved its strength. I was so happy to be here and back in rallying.

“We will be in Rally Lebanon, for sure. Thanks to the organisers for all their support. The welcome has been great, fans, competitors and my friend Nasser (Al-Attiyah) was so supportive. Now I wish my team-mate Abdullah Al-Rawahi all the best for the coming two days.”

Meshari Al-Thefiri has won the last three MERC2 championships in his Mitsubishi Lancer Evo X and the Kuwaiti takes a nine-point advantage in the secondary ‘showroom’ category into the opening stages on Friday.

His two closest rivals, Rashid Al-Mohannadi and Zakariya Al-Ofi, have not made the trip to the Hashemite Kingdom but local drivers Shabi Shaban and Ihab Al-Shourafa and the Lebanese trio of Alex El-Feghali, Ahmed Khaled and Shadi El-Fakih will be hoping to push him all the way.

Tomorrow crews tackle two loops of three special stages, starting with a run through the 9.8km of Syagha from 09.19hrs. The brand new challenge of Adasiyah (34.70km) follows at 09.58hrs and the loop is completed with a blast through the 11.34km of the Baptism Site special from 11.17hrs.

After a return to the Dead Sea Service Park for a mid-leg regroup and chance to refettle the cars, the loop of three speed tests are repeated at 12.58hrs, 13.37hrs and 14.56hrs, respectively. 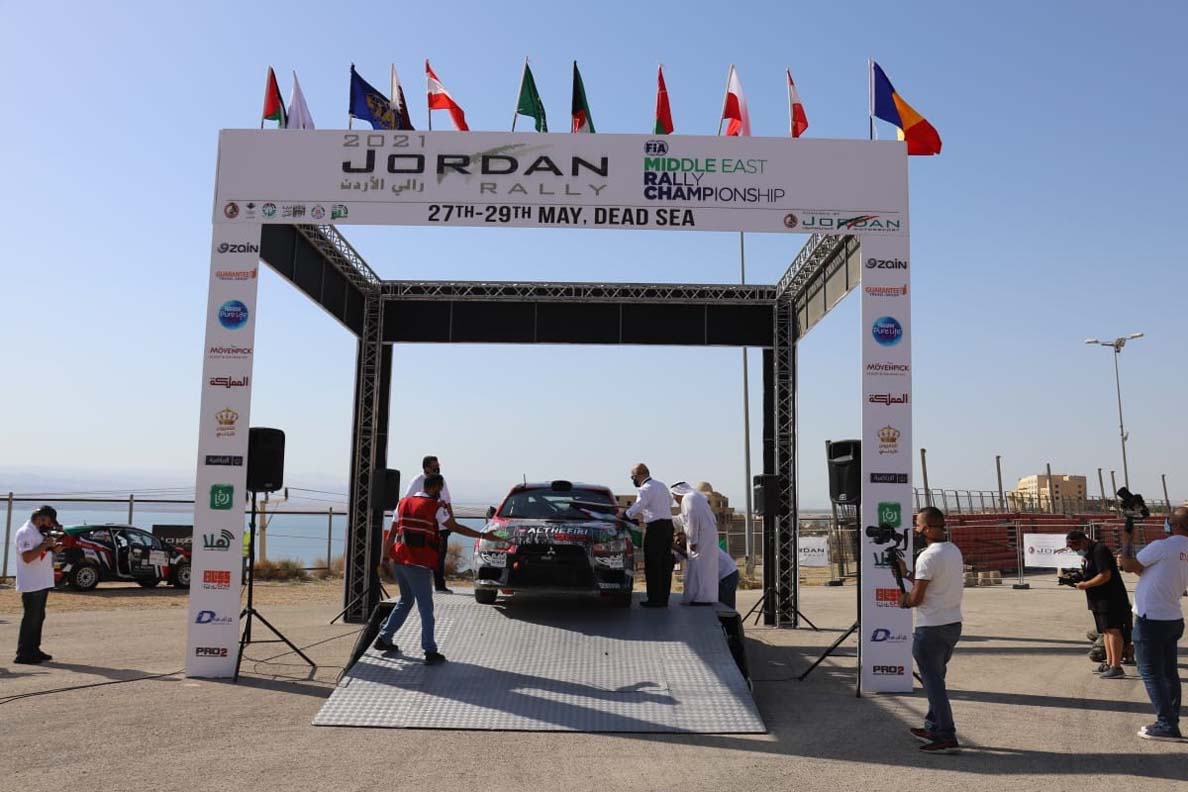 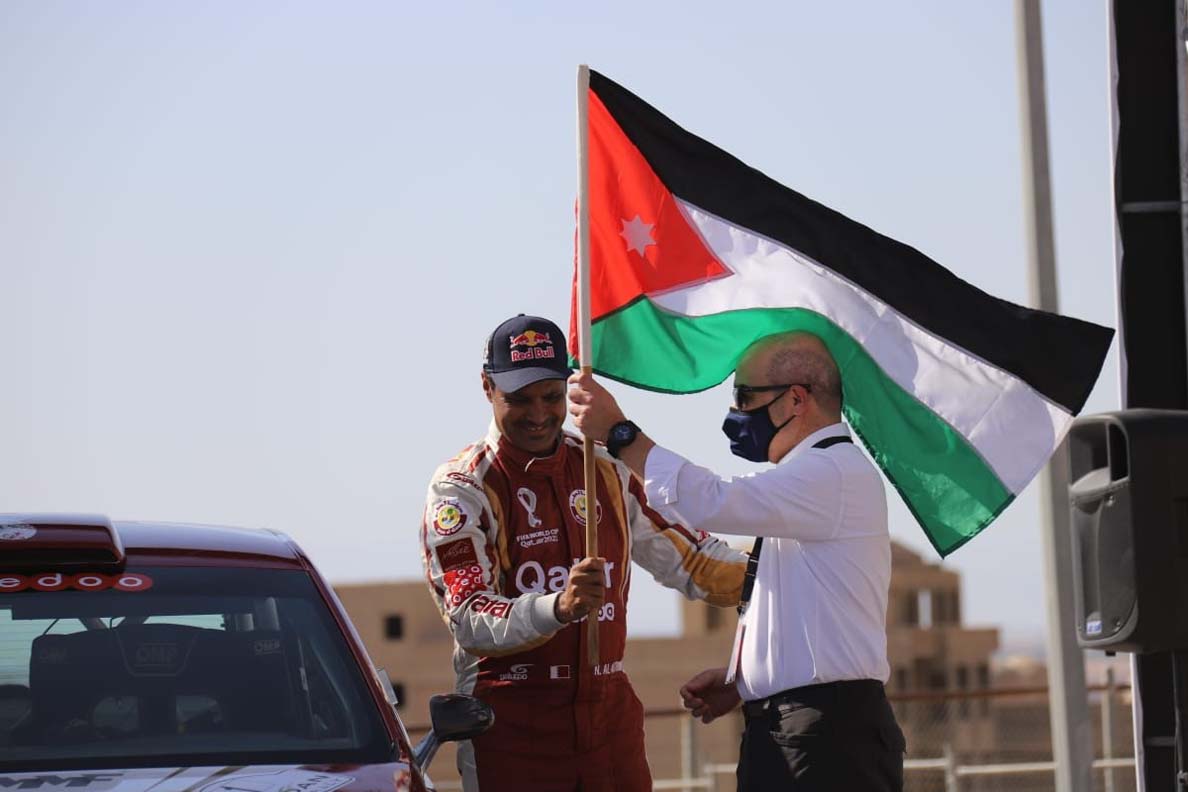 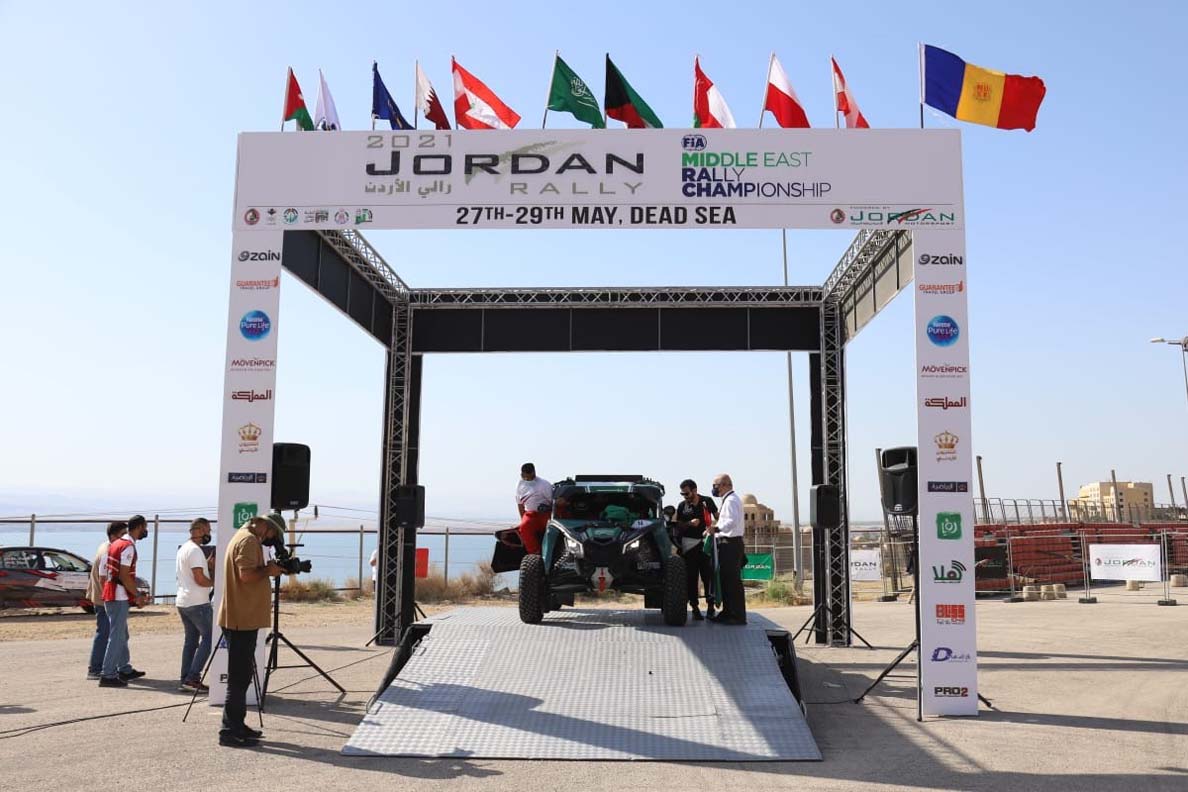 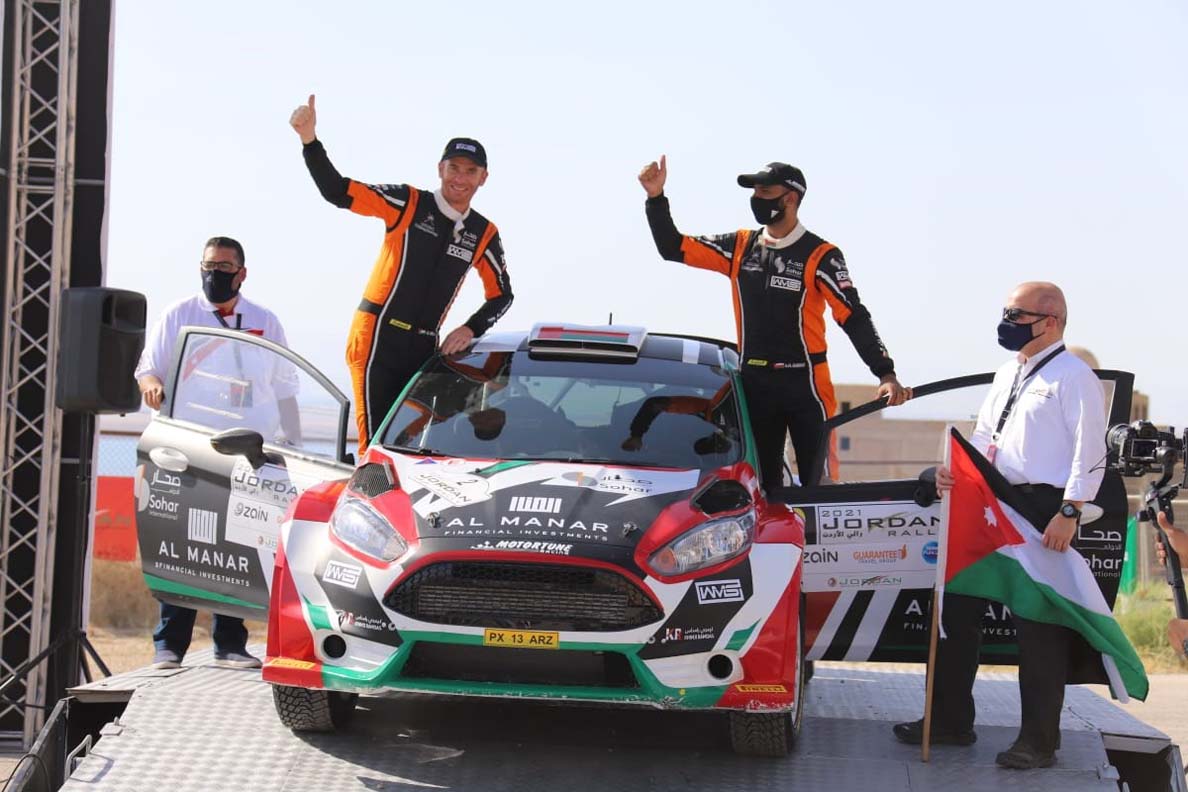 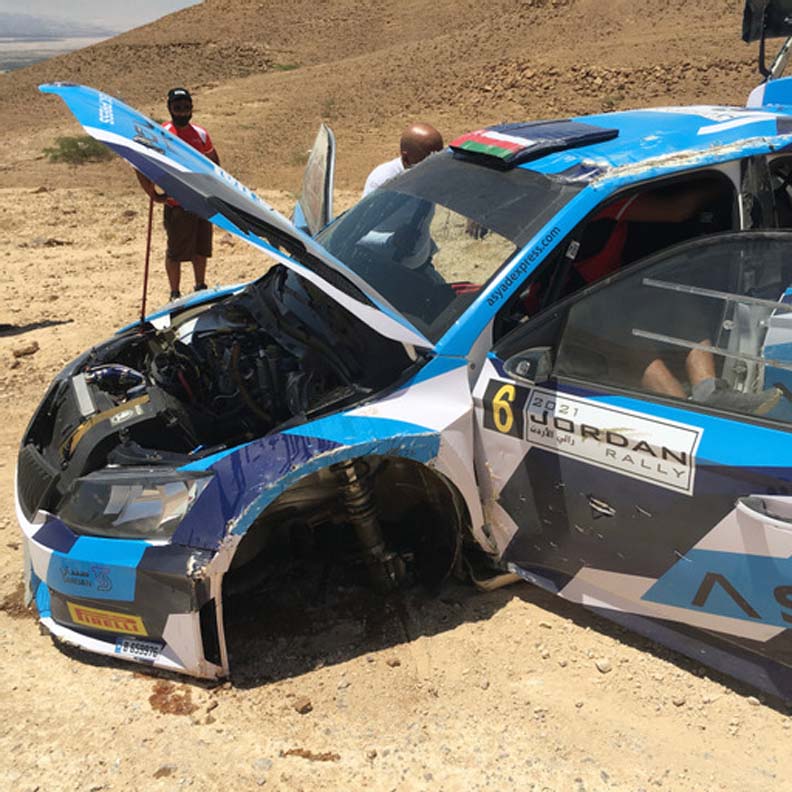 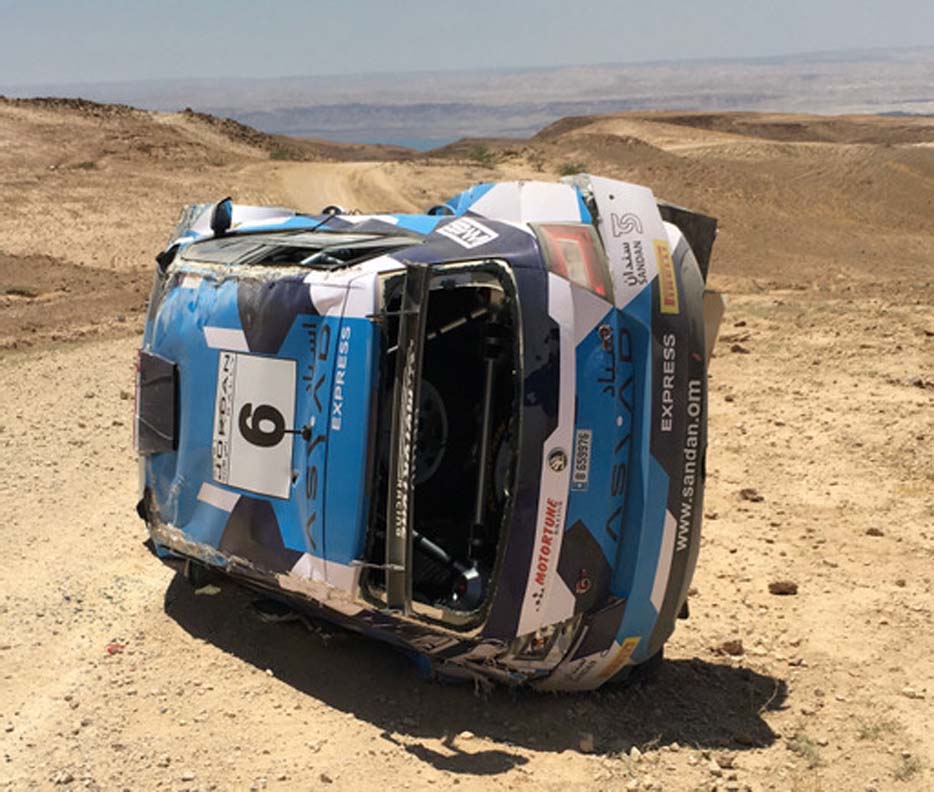 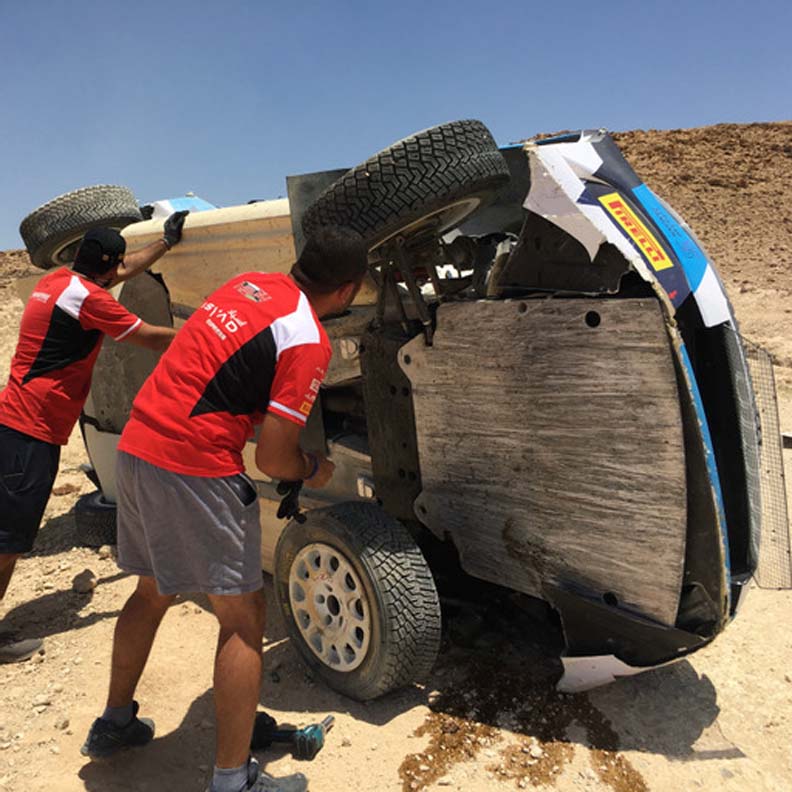