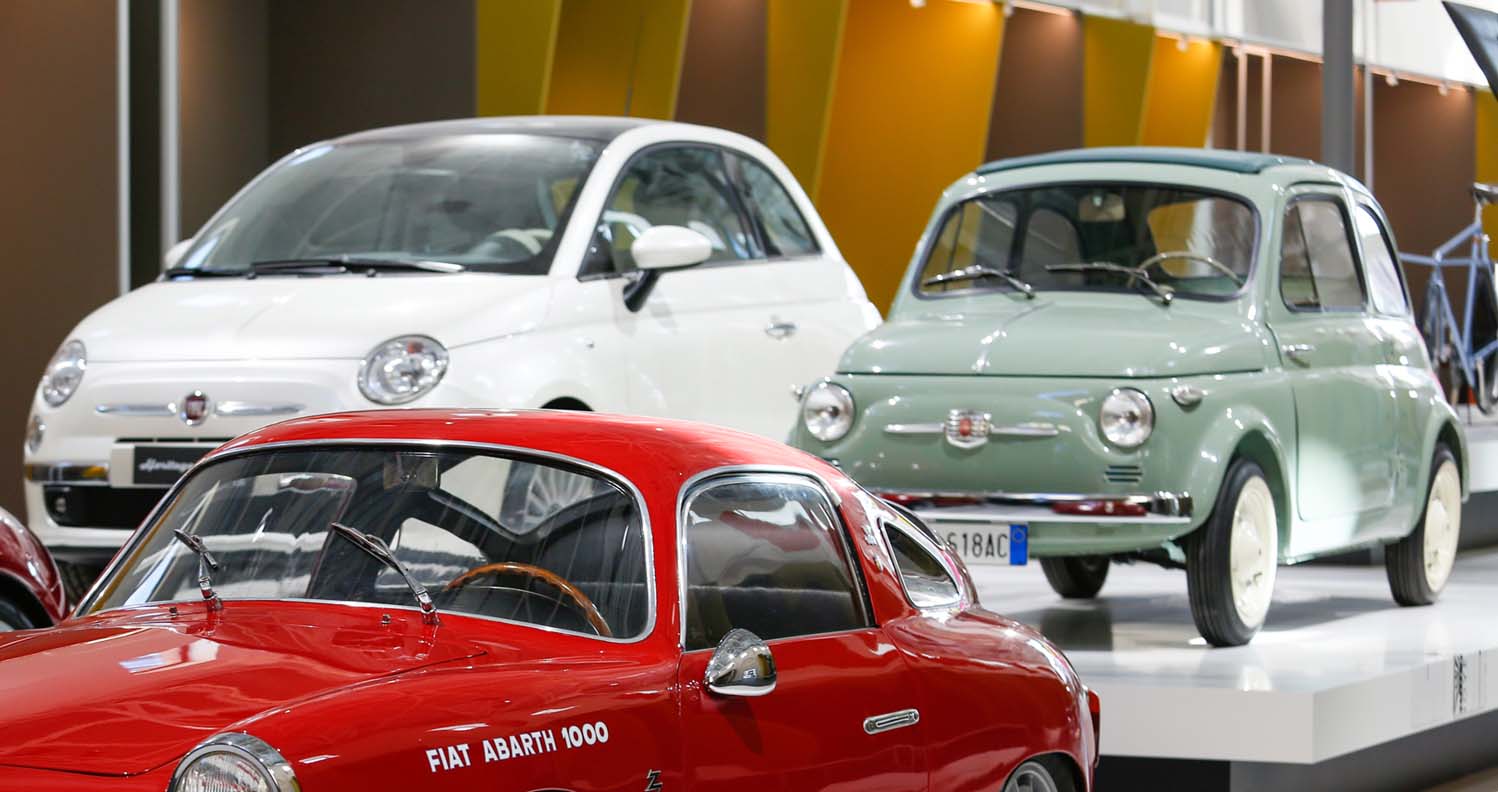 A new museum in the heart of Milan houses the priceless permanent collection of the “Compasso d’Oro”, the oldest and most authoritative world design award, established in 1954. The most representative pieces include the iconic Fiat 500, the recipient of awards in 1959 and 2011.

Today marks the opening to the public of the new ADI Design Museum, a museum space dedicated to the “Compasso d’Oro”, the oldest and most authoritative world design award, established in 1954 and given by the Association for Industrial Design (ADI) since 1958. Located at Piazza Compasso d’Oro 1, the museum forms part of a former industrial area with a tremendous architectural and urban impact, at the center of a strategic quarter of Milan. It displays a selection of objects from the prestigious “Compasso d’Oro” collection – over 2,300 products and projects, including 350 awarded with the coveted title and numerous honorable mentions, to be accompanied by temporary exhibitions and in-depth initiatives, creating an engaging narrative system in constant evolution.

These masterpieces of Italian creativity could not neglect the iconic Fiat 500, a veritable social phenomenon and an ambassador for Made in Italy products around the world. Its success was vindicated in 2017, when a first-generation Fiat 500 – which gave the Italian people the gift of mobility and freedom in the ’50s – was added to the permanent collections of the Museum of Modern Art (MoMA) in New York, a world-renowned temple of art and design. With the 2007 second generation, the Fiat 500 became an icon of the Italian fashion and style that have conquered the world. Now in 2020, the third generation of the New 500 is once again ready to revolutionize urban mobility in the name of sustainability, powered by innovation and technology.

The new ADI Design Museum exhibits two Fiat 500 models – one from 1957, the other from 2007 – representing the first two generations of the legendary “Cinquino”, both recipients of the “Compasso d’Oro”, to be more specific in 1959 and 2011. The 2007 model belongs to the Heritage collection, part of a department focused on the safeguarding and promotion of the historic heritage of the Alfa Romeo, Fiat, Lancia and Abarth brands. A Lounge version from 2007, it features a three-layer metallic white livery. It is therefore one of the first models produced since the unveiling on July 4th, 2007 in Turin, exactly 50 years after the launch of the first Fiat 500. The early concept soon became the manifesto of the “new Fiat”, i.e. the realization of an original approach and a new way of conceiving the car.

“The 500 is an icon of Italian style that has never gone out of fashion. Over the decades, it has won over countless fans all round the world, courtesy of its unmistakable traits and its strong character,” explained Roberto Giolito, a world-renowned designer and the “father” of the 2007 Fiat 500, as well as head of the Heritage department since 2015. “Since 1957, Fiat 500 has imparted a touch of color and a smile to the everyday life of its customers in every corner of the world, becoming an ambassador for Italy and establishing itself as a symbol of “made in Italy” design.”

On display together with the two generations of the iconic Fiat subcompact is another car with a glorious history: the Fiat Abarth 1000 Bialbero, the recipient of the 1960 Compasso d’Oro. It was praised by the jury as “a refreshed and eminent affirmation of Italian design in the automotive field”.

Fiat 500, an icon of the past projected into the future

The 500 boasts a fascinating history, arising from the ingenious intuition of the legendary designer Dante Giacosa, and from the ambitious line-up strategy of development and renewal implemented by Fiat after World War II. In summer 1957, Fiat unveiled the New 500, destined to replicate the success of the previous “Topolino” model. It inherited from its ancestor the formula of the two-seater ‘berlinetta’ sedan, updated in line with the most modern techniques. Self-supporting bodywork, rear engine, four independent wheels; the engine was an air-cooled twin-cylinder, the first in the history of Fiat production. The price at launch was 490,000 Italian lire. Within a few years, the 500 established itself as the new iconic car for the Italian youth, and quickly established itself all over the world, from the United States to New Zealand. The car was produced continuously – in five different series – until 1975, with total production of over 4 million units. A car of great success that later in 2007 witnessed the creation of the new generation, destined to become a global success story, marketed in 100 countries around the world. It has since garnered numerous awards, including “Car of the Year” and the “Compasso d’Oro”. The secrets of its longevity clearly include its ability to evolve while always maintaining its identity, as demonstrated by the more than 30 special series – based on the Fiat 500 and Abarth 595 – that have followed in recent years. In 2020, a new chapter began in its long history, with the launch of the New 500, Fiat’s first full-electric model, with a stunning, charismatic aspect and the capability to inspire change and become the object of desire for zero-emissions mobility.

History of the “Compasso d’Oro” award

Established in 1954 and currently bestowed every two years, the “Compasso d’Oro” arose based on an idea of Gio Ponti’s and was initially sponsored by the La Rinascente department stores, aimed at highlighting the value and quality of Italian-designed products, ever since its early days. It was then passed onto the Association for Industrial Design (ADI), the guardian of its organization since 1958, ensuring its impartiality and integrity. Its goal is to highlight the qualities of Made in Italy products, but above all to acknowledge the process whereby design adds value to the manufacturing world, and transversally to society in general.

The award is a conferred by an international jury, reselected each time but always consisting of highly experienced experts from the worlds of design and culture. The Compasso d’Oro rewards the most deserving projects among those previously noted by the ADI Permanent Design Observatory, brought together every year in the ADI Design Index. The selection, made by a group of over 100 experts, takes place on the basis of scientific criteria, including the performance of the good, its reduction of impact on the environment, use of new technologies and materials, and adherence to formal tenets. To supplement the award, Compasso d’Oro Young Design and Career Awards are also bestowed each time, to both Italian and international candidates. In 2020, Product Career Awards were also given, and will continue to be subsequently. Since 2001, the “ADI Compasso d’Oro” Collection has been held by ADI Foundation; in 2004, the Italian Ministry of Cultural Heritage declared it “of exceptional artistic and historical interest,” and thus included it in the national heritage.

The new museum center was created by recovering a historic 1930s location, formerly used both as a depot for horse-drawn trams and as an electricity distribution plant. The concept of the museum included a renovation plan, to enhance the rich heritage of industrial archaeology as a distinctive trait of the building itself. The structure has a total surface area of over 5,000 m2, divided into areas destined for exhibitions, services (café, bookshop, meeting places), the museum conservatorship and offices. It can be accessed from the public garden square, a recent recipient of the “Compasso d’Oro” award. With its gaze fixed not only on the great Italian tradition but also on those of international museums, the ADI Design Museum puts itself forward as the new benchmark for the design community and, at the same time, as a major stakeholder in cultural outreach. One main focus is young people, due to become the bearers of the values of Italian design in the future. Last but not least, it should be noted that, to ensure a comprehensive and engaging reading of the history of design, the ADI Foundation – Compasso d’Oro, the Triennale Milano Design Museum Foundation and Assolombarda – with its network of corporate museums, have established the “Milan Design Museum Systems Association”. 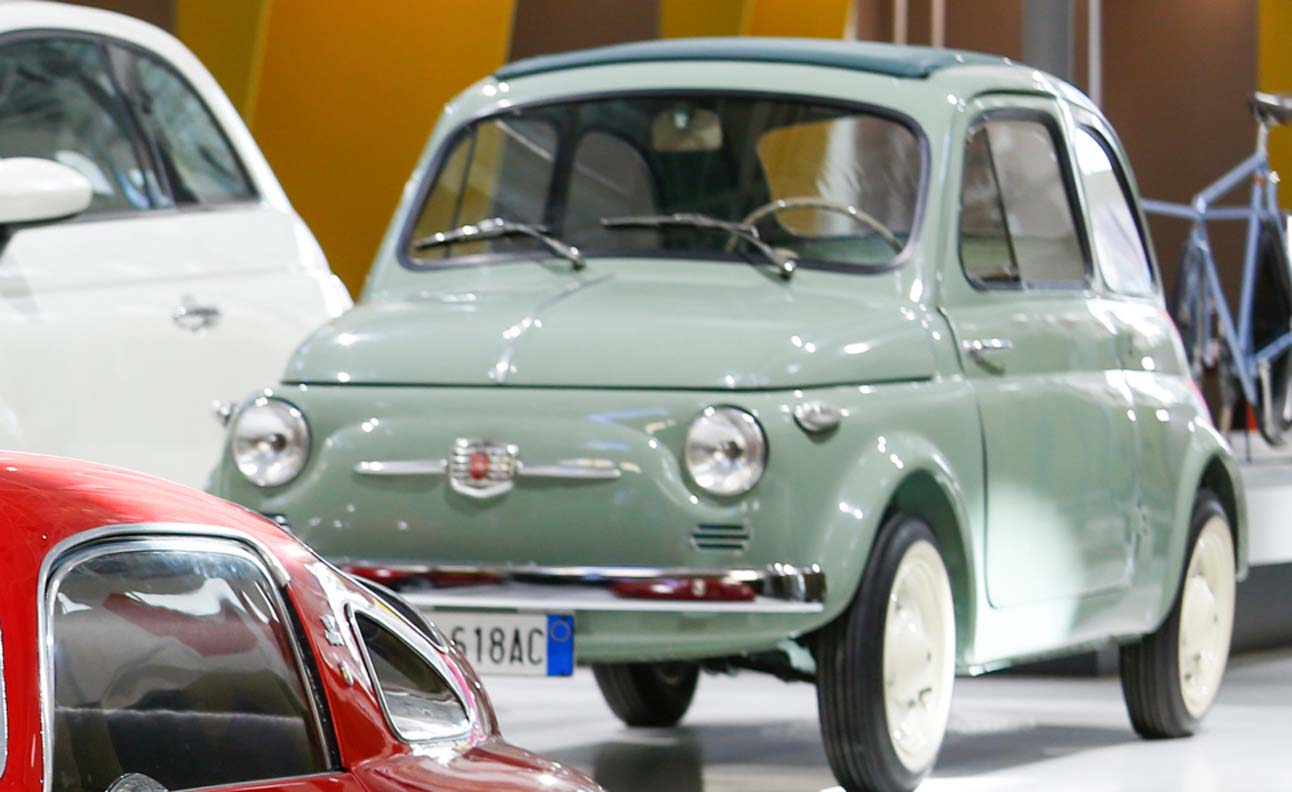 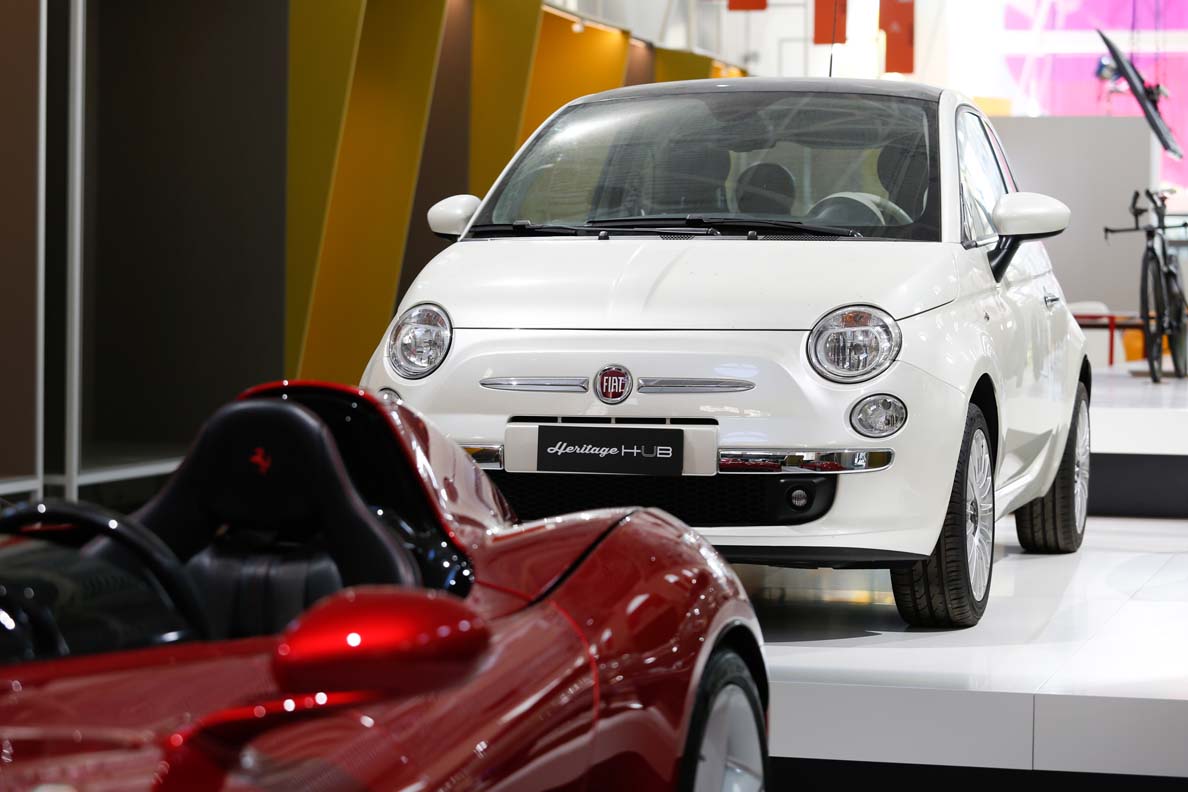 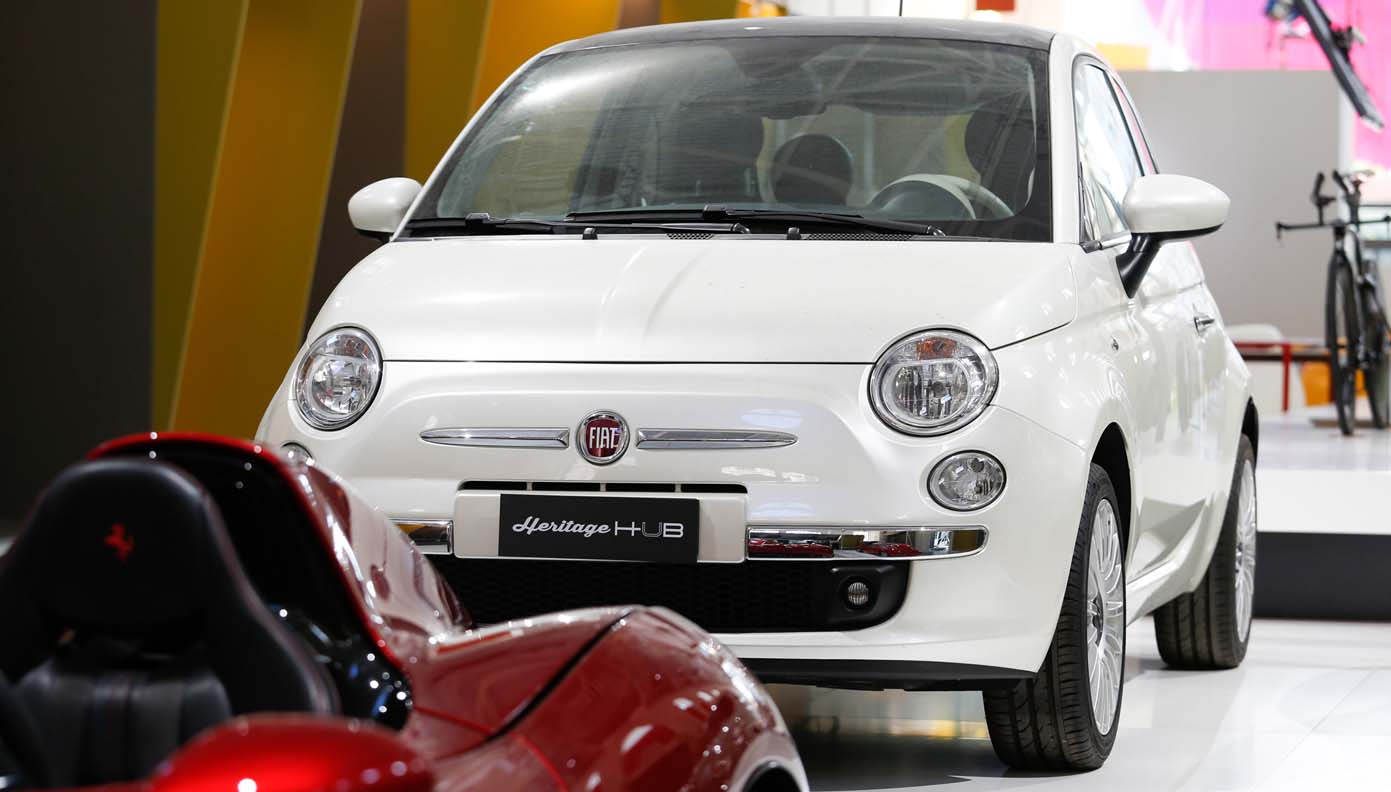 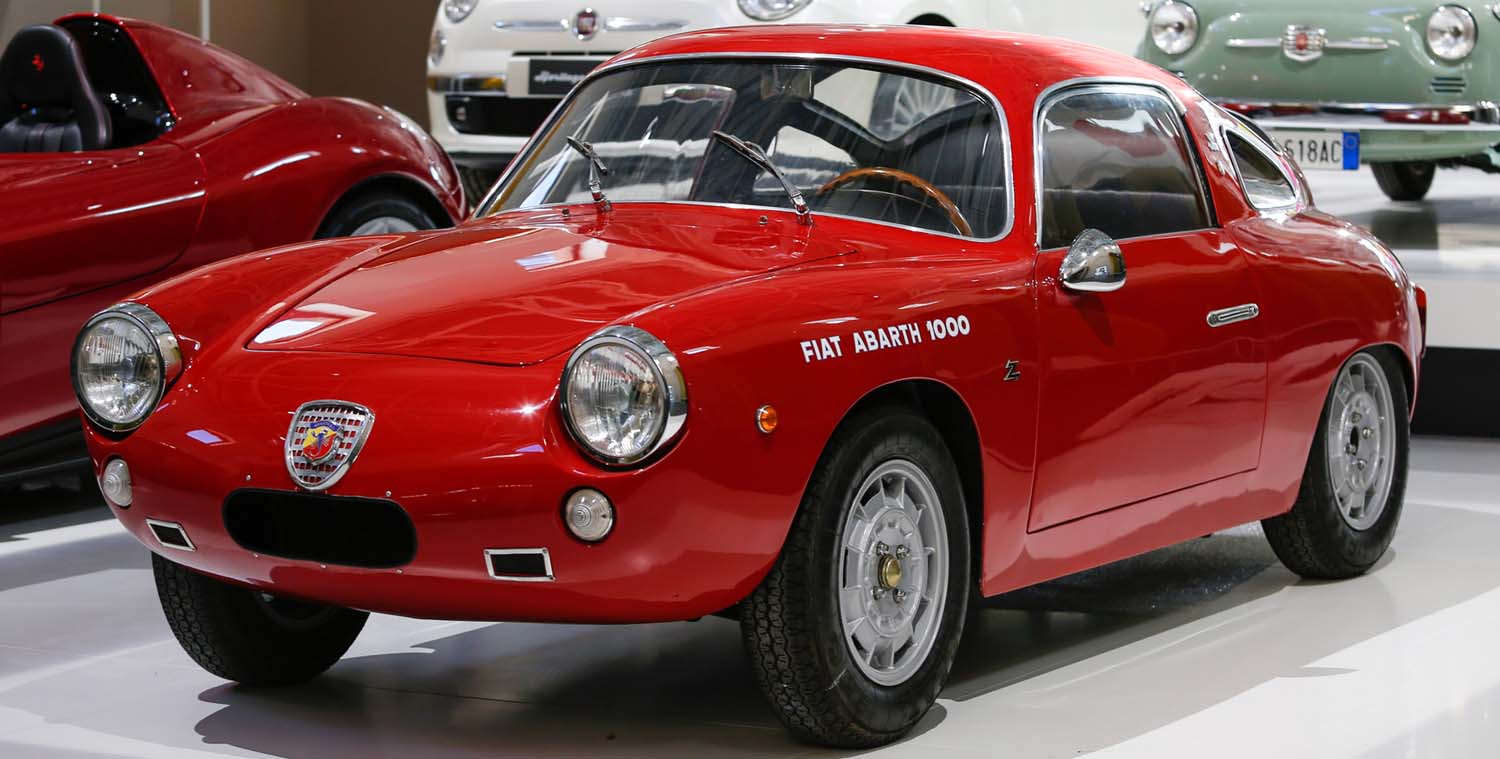 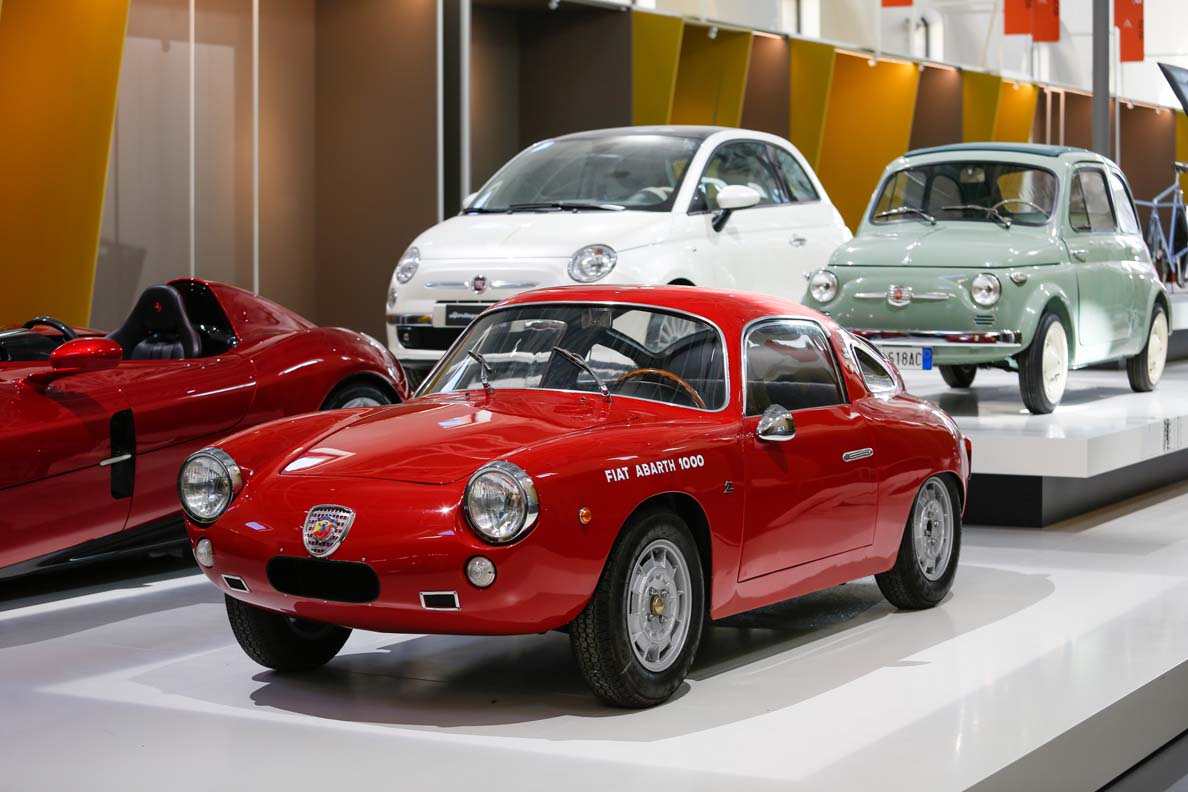