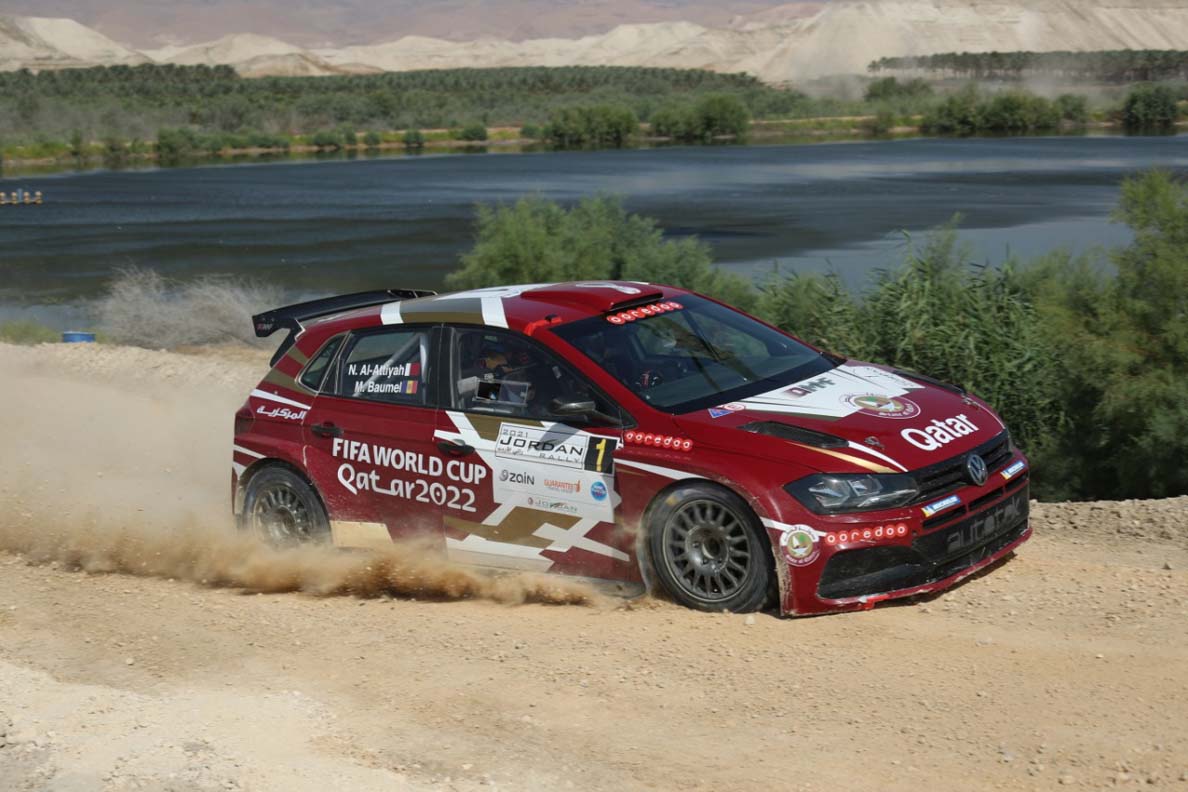 Qatar’s Nasser Saleh Al-Attiyah completely dominated the 2021 Jordan Rally to confirm an historic 14th victory on the event by the winning margin of 17min 04.8sec on Saturday.

The Volkswagen Polo GTi driver and his Andorra-based co-driver Matthieu Baumel won each of the 10 special stages in the Dead Sea and Mount Nebo areas to extend their leads in the FIA Middle East Rally Championship (MERC). Al-Attiyah is bidding for a record-breaking 17th regional title this year, as he secured a 78th career MERC event win and Baumel sealed personal win number 27.

Al-Attiyah said: “This is a good feeling. A good day. It was a nice rally for us. A win again, 14 times in Jordan, and we have a good lead in the Middle East Championship. The next step will be Lebanon Rally and we try to defend our title.”

Kuwait’s Meshari Al-Thefiri began the day with a 40.8-second cushion at the head of the MERC2 category and the second-placed Mitsubishi Lancer Evo X driver confirmed another ‘showroom’ class success after nearest rival Alex Feghali opted to drive cautiously over the final day to conserve a first ever podium place on an MERC rally.

“All is good and thank god we passed all the stages and made it to the end,” said Feghali. “This is the first time we finished this rally and I am on the podium, so that is amazing.”

Shadi Sheban missed out on a second Jordan National Rally victory to a resurgent Khaled Juma, but had the consolation of finishing a career-best fourth in the FIA event and being the first Jordanian home. He also takes an early lead in the National Championship following a win and a second place over the two days.

A flat tyre and front differential issues cost Lebanon’s Shadi El-Fakih a lot of time on the opening two stages of the final day and he slipped into the clutches of Qatar’s Nasser Khalifa Al-Atya after incurring time penalties for leaving service late and then going OTL in stage nine. Al-Atya duly claimed fifth overall with Italian navigator Giovanni Bernacchini.

Saudi Arabia’s Saleh Al-Saif restarted under Rally2 after his accident and drive shaft woes on Friday and the Can-Am Maverick X3 driver climbed back to sixth place. That pushed local driver Ihab Al-Shorafa down to seventh and MERC3 category winner Asem Aref into eighth.

Al-Attiyah dominated the first runs through the 31.57km of the Jordan River stage and the insipid heat of Joufeh (26.01km) to extend his massive lead to 12min 02.5sec.

“We like these two stages. They are long and the organisation make a good, good job,” said Al-Attiyah. “The second one was the opposite of yesterday. We see all the machines (regrading) on the stages. It was a great job by the organisation. The car is working well. Two stages to go…”

Feghali had vowed to attack Al-Thefiri on the second day and try to make in-roads into the Kuwaiti’s 40.8-second hold on the MERC2 lead and second place. But the Lebanese took it easy instead and ceded 32.5 seconds to the defending champion in the opener and a further 13 in the second one to trail by 1min 26.5sec on the return to the Dead Sea service park.

“Now we are just cruising through to secure third position,” admitted Feghali. “We are not trying to catch Meshari and gain experience for the next events. First rally, first podium, would be amazing.”

After suffering from the heat and two flat tyres on day one, Al-Atya settled into the groove to record two fourth fastest times to close in on El-Fakih’s hold on fifth behind Shaban, who had a problem with water getting into the engine from under the sump guard.

El-Fakih sustained a flat tyre 16km into the first test of the morning and drove on the rim to the finish before changing the wheel and suffering front differential issues in the second one.

A disgruntled Al-Atya said: “We push in the first stage and catch Shadi (El-Fakih) in the middle of the stage. In the dust we went into the grass off the road. We lost maybe half a minute and we reversed and then we catch again and lose maybe a minute more in the dust. But we managed to pass him before the end of the stage and then caught him again in the second one…”

After restarting under the Rally2 regulation, Al-Saif was back into a quick pace and moved up to seventh overall at the expense of Al-Shorafa and Aref. Kahy also restarted under Rally2 at the rear of the field, but engine damage had forced the permanent retirements of Ahmad Khaled and Abdullah Al-Rawahi on Friday.

Khaled Juma held a 3min 16.9sec lead over Shaban on the second round of the Jordan National Rally Championship.

A cautious Al-Attiyah was 1.4 seconds slower than his first pass on the re-run of Jordan River, while El-Fakih’s morning differential woes proved costly and the Lebanese incurred time penalties for starting the second loop late. That time loss pushed him behind Al-Atya and into sixth before he eventually retired in stage nine.

Al-Attiyah managed his pace through the final stage to secure a clean sweep of 10 stage wins and seal a 14th outright success in the Hashemite Kingdom. Al-Thefiri held on to secure second and first in MERC2 over the slippery second loop, the Kuwaiti completing the stages 2min 25.8sec in front of Feghali.

The 2021 FIA Middle East Rally Championship resumes with the Rally of Lebanon on September 3rd-5th. 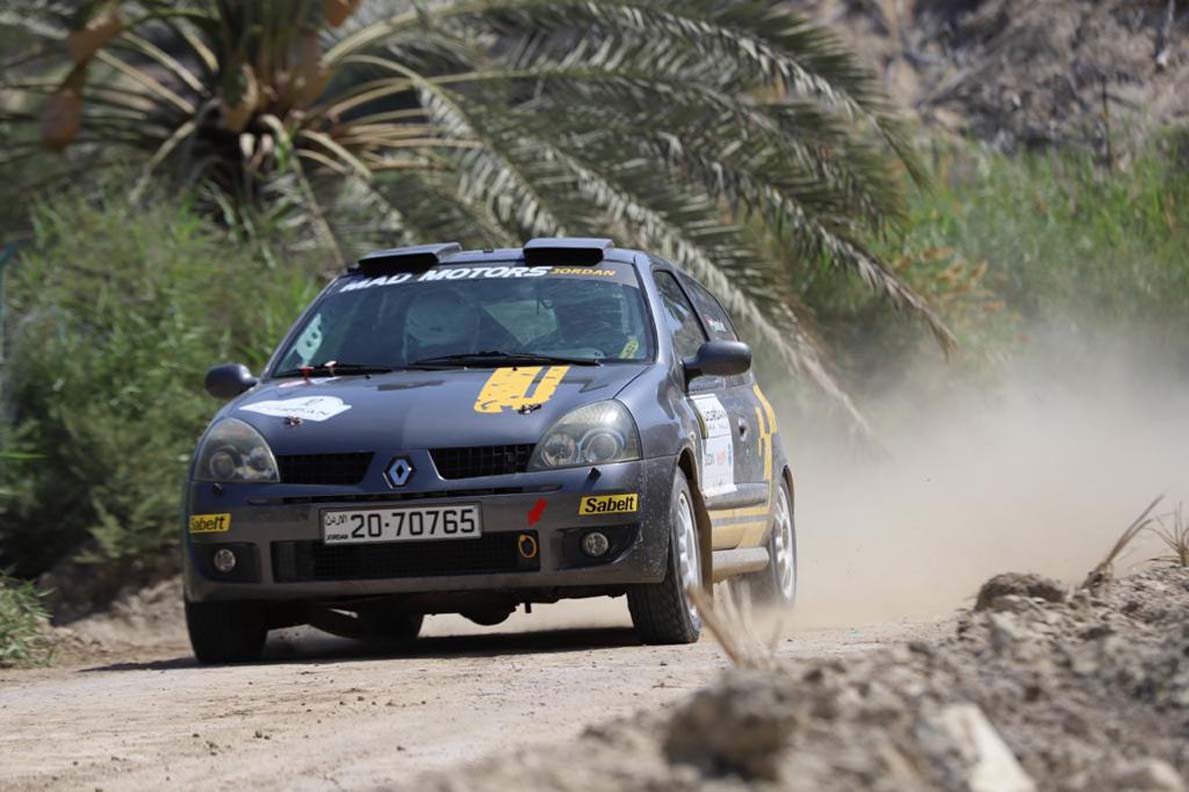 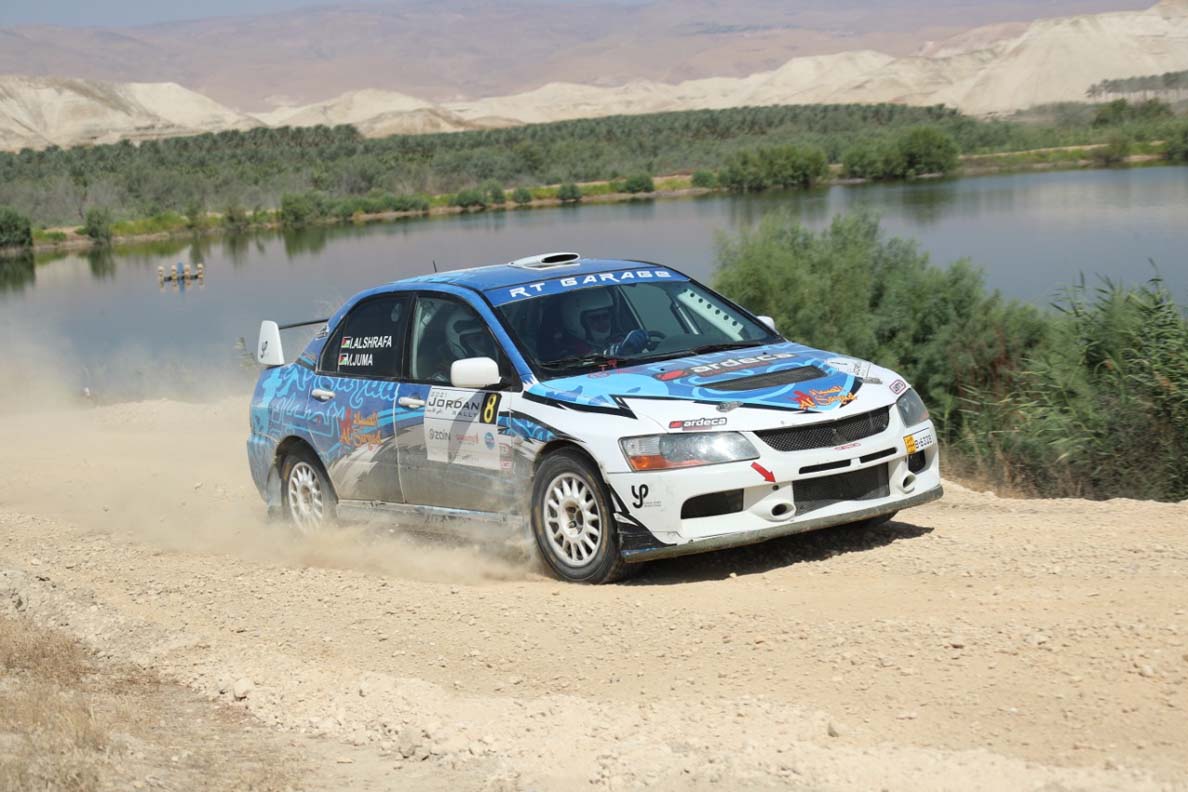 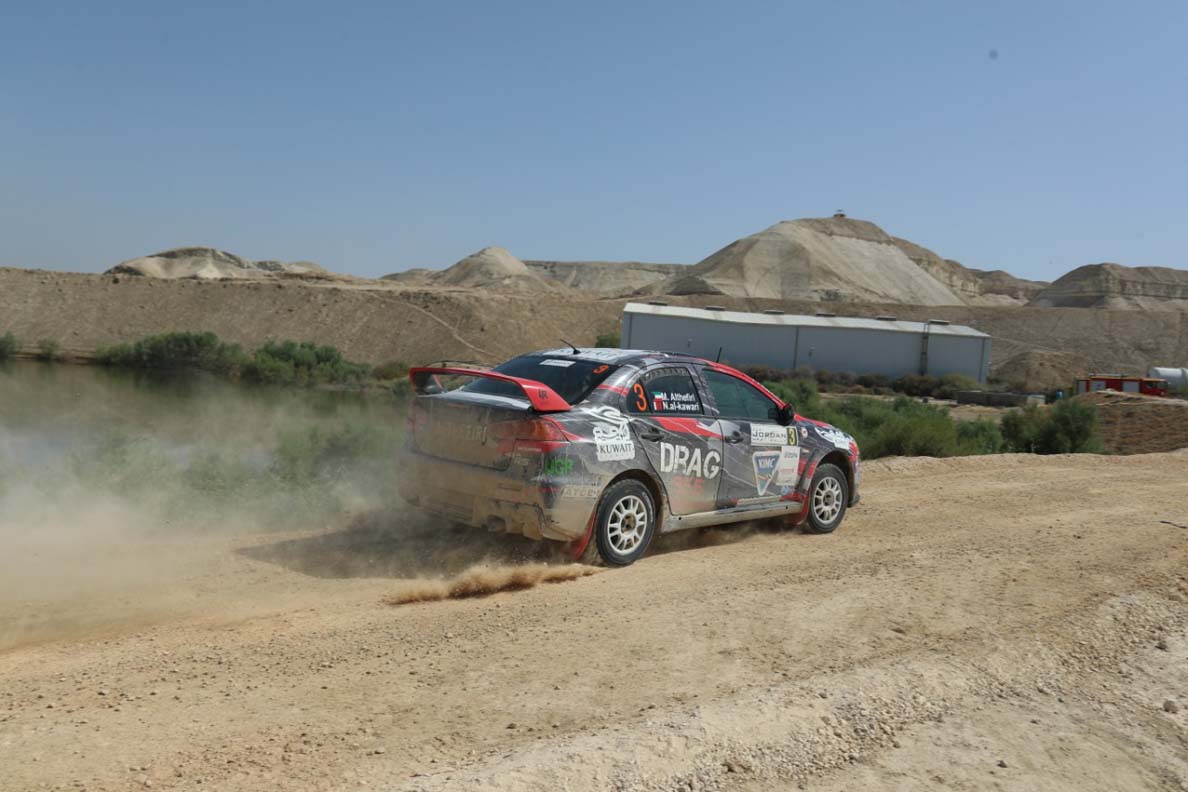 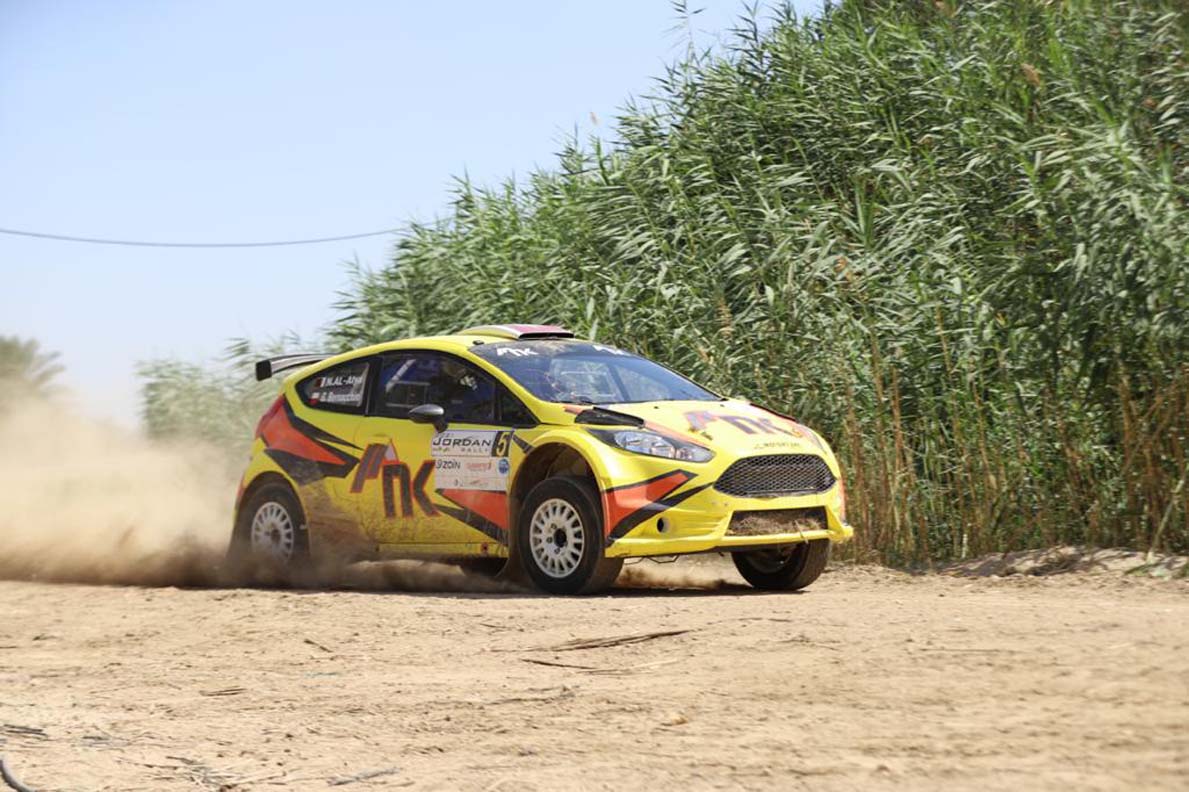 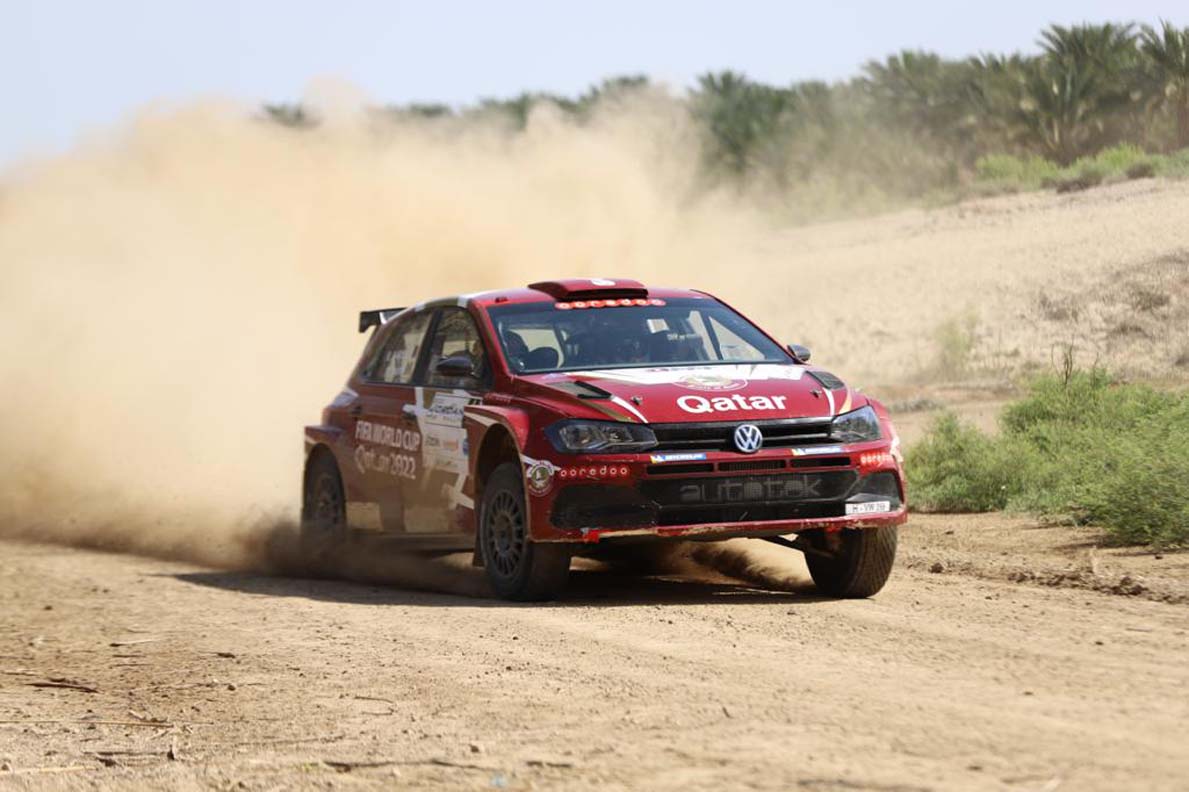 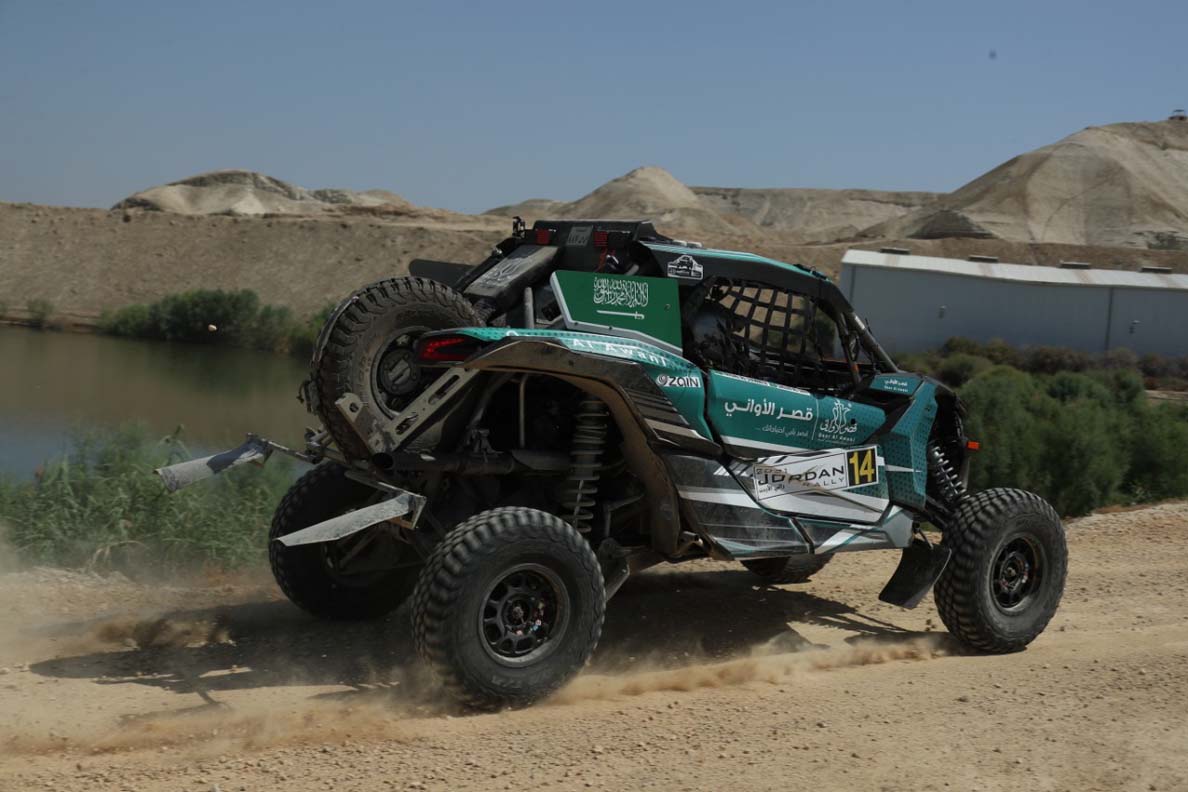 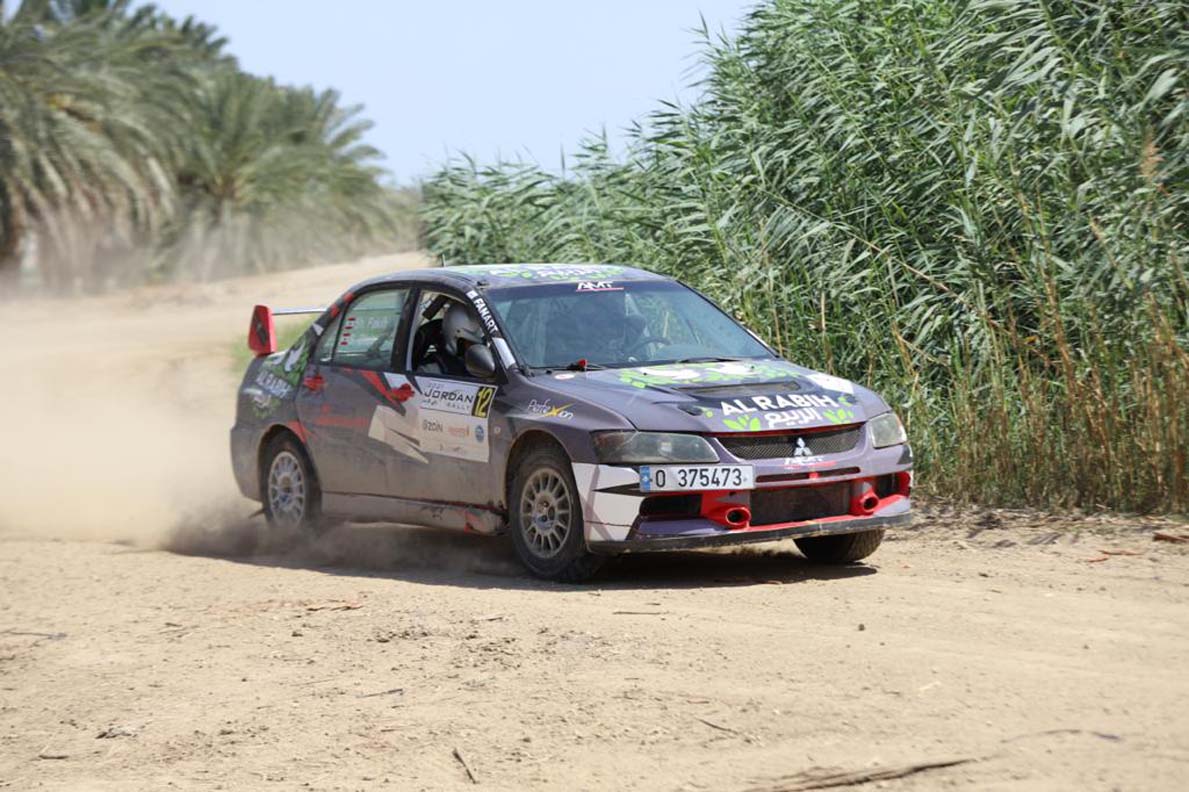 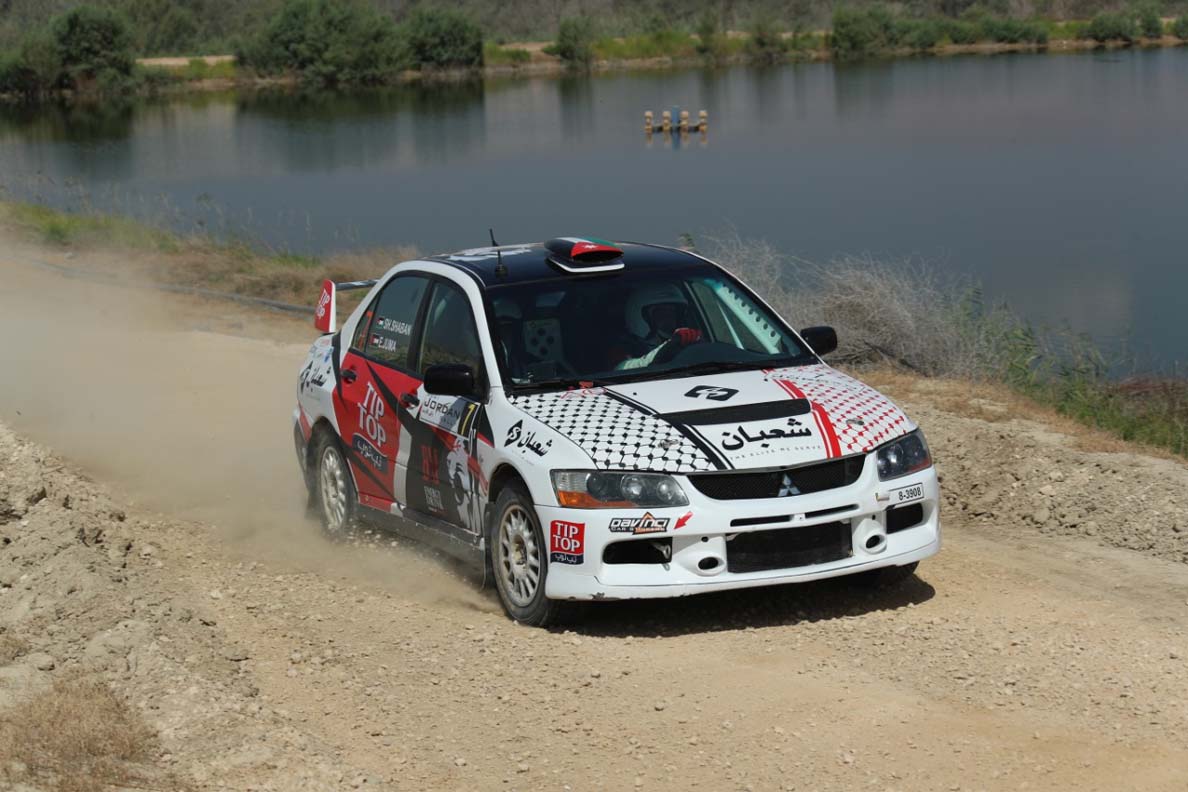 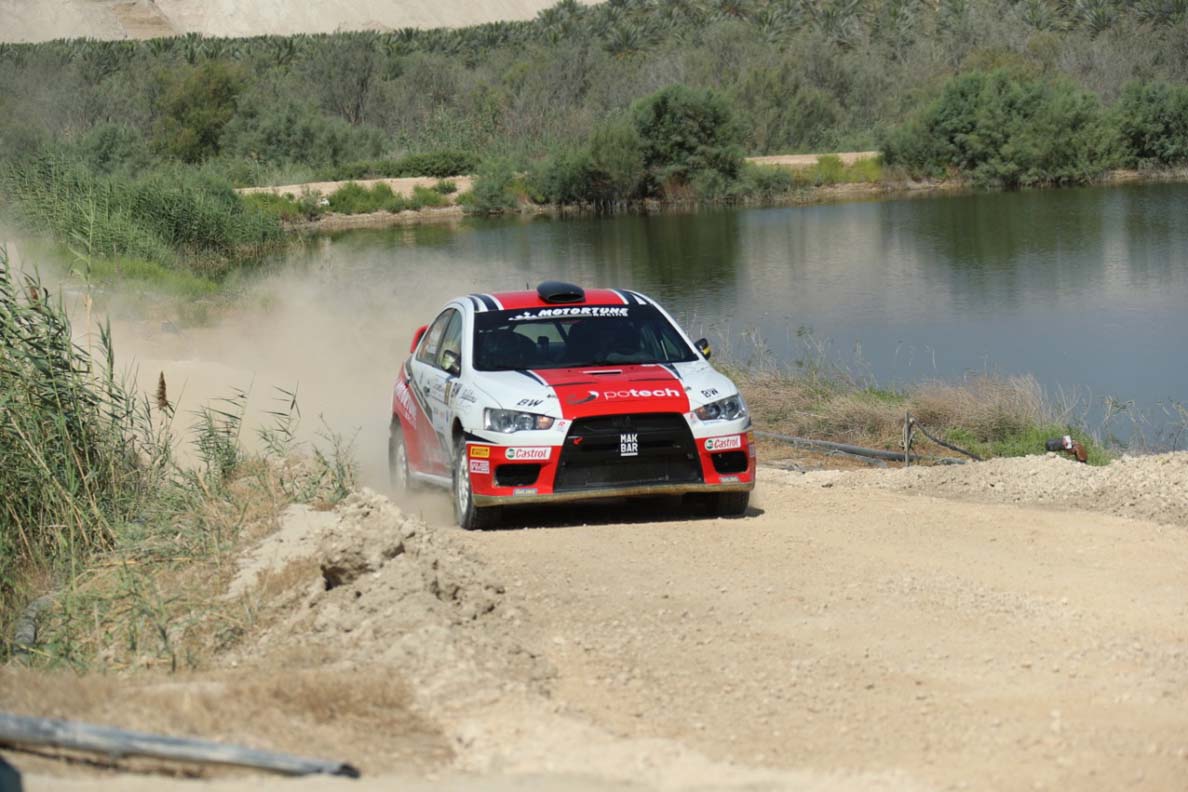