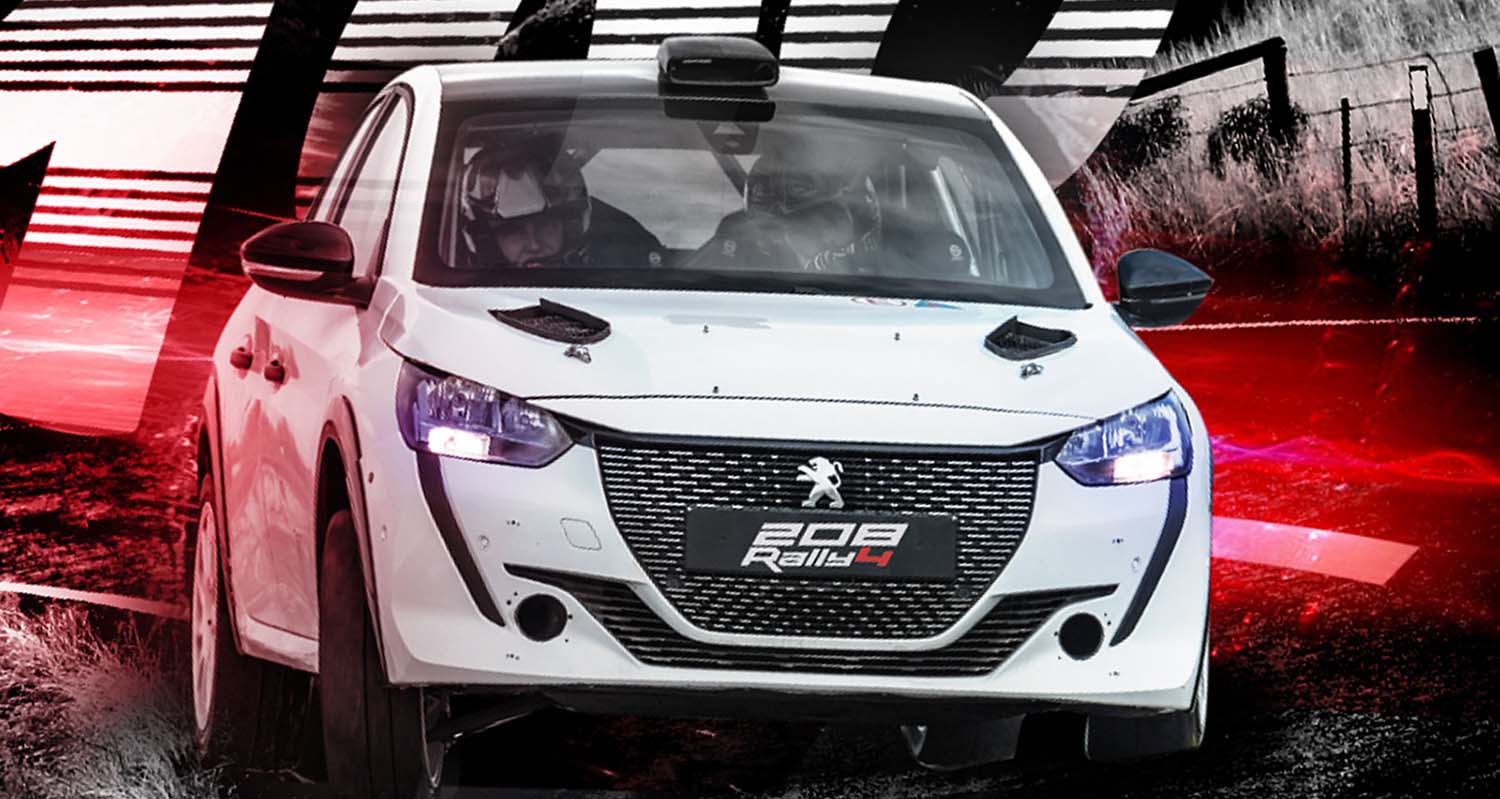 Barely a year since the first car was sold, the 100th PEUGEOT 208 Rally4 will be delivered to its new owner this week in Peru. PEUGEOT Sport did not have to wait long to celebrate the sparkling success of its latest ‘best-seller’, as it conquered both the French Gravel Rally Championship and Italy’s two wheel-drive class in 2020.

This year, upcoming stars and gentlemen drivers alike will have the opportunity to battle for 2WD glory in no fewer than seven ‘Cups’ throughout Europe and Latin America – while tackling a wide variety of specialist surfaces.

Developed over the course of the 2019 campaign, the PEUGEOT 208 Rally4 benefitted from the extensive expertise of PEUGEOT Sport’s engineers, making it – right from its earliest competitions – the undisputed benchmark in two wheel-drive rallying. Notwithstanding the subsequent global pandemic that significantly affected the motorsport world in 2020, the PEUGEOT 208 Rally4 made more than 250 rally starts in 18 different countries from Europe to Latin America.

Although the 2020 campaign was delayed by almost six months, PEUGEOT Sport was nonetheless able to satisfy the expectations of its customers throughout Europe and further afield by delivering new cars at a rapid rate – to the extent where there are now no fewer than 100 PEUGEOT 208 Rally4s ready to take to the stages. The latest one is on its way to be delivered to the Castro Yangali Team in Peru this week, and will be put through its paces in the recently-introduced PEUGEOT 208 Rally Cup Peru.

Already widely recognised as the benchmark in two wheel-drive competition, the PEUGEOT 208 Rally4 is the ideal choice for young drivers aiming to climb to the very pinnacle of the sport. As the reigning French Gravel Rally Champion in the 2WD category, Mathieu Franceschi will unquestionably be the man to beat in the 208 Rally Cup France in 2021. Contested over a mixture of gravel and asphalt-based events, the French title is already shaping up to be fiercely fought indeed, with a raft of major French teams signed up to the 208 Rally Cup – meaning split-seconds will make all the difference.

Loyal to PEUGEOT Sport, the Lycée Saint-Vallier will compete with a PEUGEOT 208 Rally4 assembled by students from the school’s automotive division. Chazel Technology, PH Sport, Pit Stop, Rossel Compétition, CHL Sport Auto, Onyx Racing, Trajectoire Racing and Saintéloc Racing are all similarly set to play a major role in the series in 2021.

Following the success of the PEUGEOT 208 Rally Cup France and Iberica (Spain and Portugal) series’ in 2020, Italy, Hungary, the Czech Republic and Peru will similarly host their own competitions this year, enabling all PEUGEOT 208 Rally4 drivers to contest one of the brand’s official ‘Cups’ and take advantage of the numerous prizes offered by PEUGEOT Sport and its partners.

In a pioneering partnership, Belgium and Luxembourg have launched an unprecedented ‘Cup’ featuring the PEUGEOT 208 Rally4 and Opel Corsa Rally4 – both developed by Stellantis Motorsport – over a calendar composed of five rallies.

Encouraged by this fast-growing popularity and ever-mindful of its customers’ expectations, PEUGEOT Sport will continue to hone and refine the 208 Rally4 over the course of the season to ensure it remains the rally car of choice in the two wheel-drive category, while keeping the required budget to a minimum.

“In the space of less than a year, the PEUGEOT 208 Rally4 has firmly established itself as the car to beat in two wheel-drive rallying. Despite the cancellation of so many events all around the world last year, PEUGEOT 208 Rally4 drivers achieved great success in some 20 countries, securing a raft of 2WD victories and titles.

We are now all tremendously excited to see the car venture into uncharted territory, with the launch of more Cup competitions in Europe and throughout the world. PEUGEOT Sport customers have been won over by the car’s performance, reliability and low cost, and I would like to take this opportunity to thank them all for the faith they have placed in us. We are ready andprepared to support our drivers via the various PEUGEOT Sport and Racing Shop services, to ensure that we continue to meet their needs.”

“Although the unprecedented global health crisis of the past year has seriously impacted the sport, all of our teams have worked tirelessly, demonstrating great agility and resourcefulness to respond to the requirements of our customers all around the world.

After successfully delivering 82 cars by the end of last year, we have recently sent the 100th PEUGEOT 208 Rally4 on its way to Peru, where it will be one of seven similar cars contesting the new PEUGEOT 208 Rally Cup Peru. In these challenging and unusual times, we have managed to honour our commitment to fulfil all of our orders – which are now approaching 200 – and enable future owners of the PEUGEOT 208 Rally4 to be ready in time for the start of their 2021 programmes. We will keep on providing a high level of technical support on all continents to allow drivers of the car to continue setting the pace in two wheel-drive competition.” 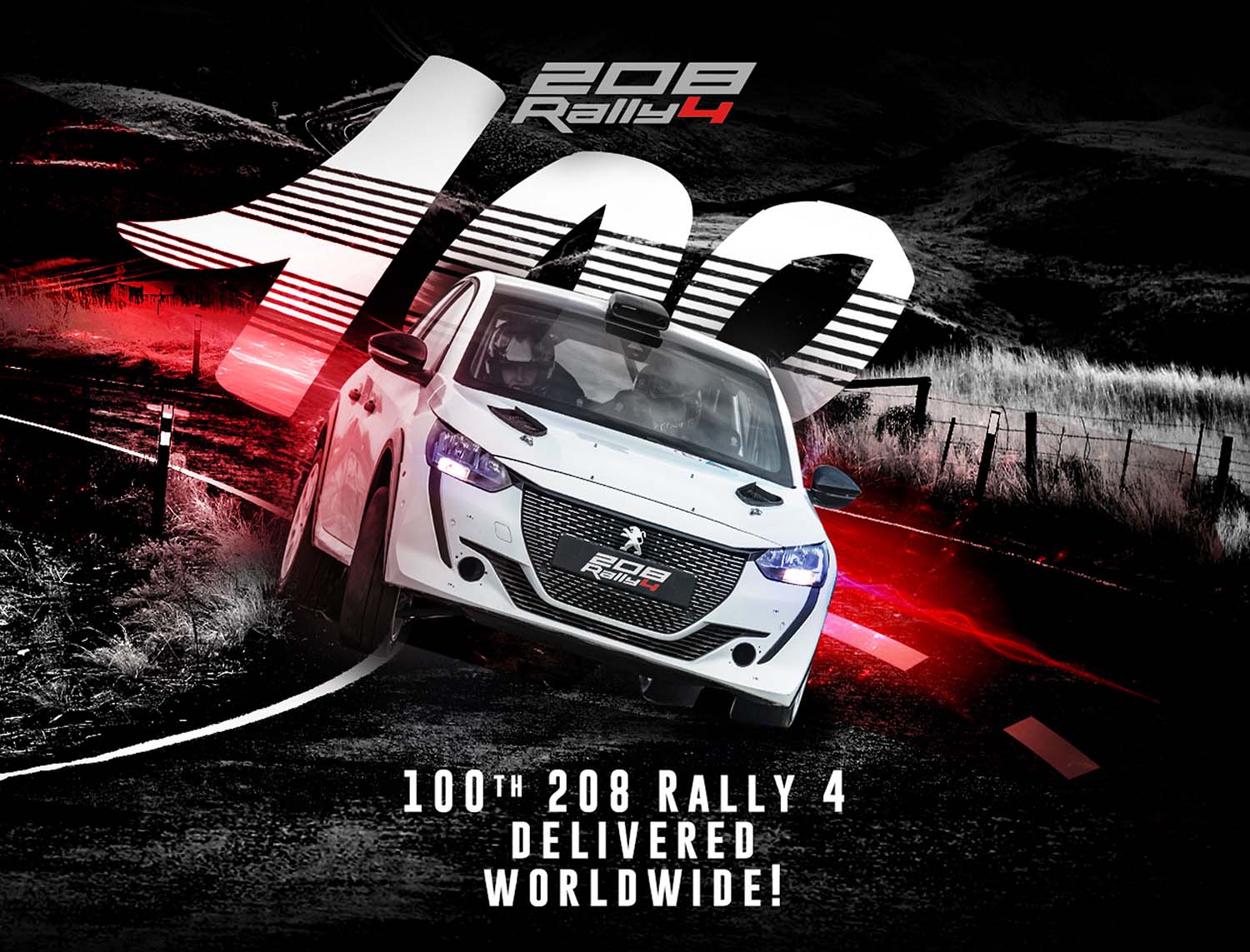