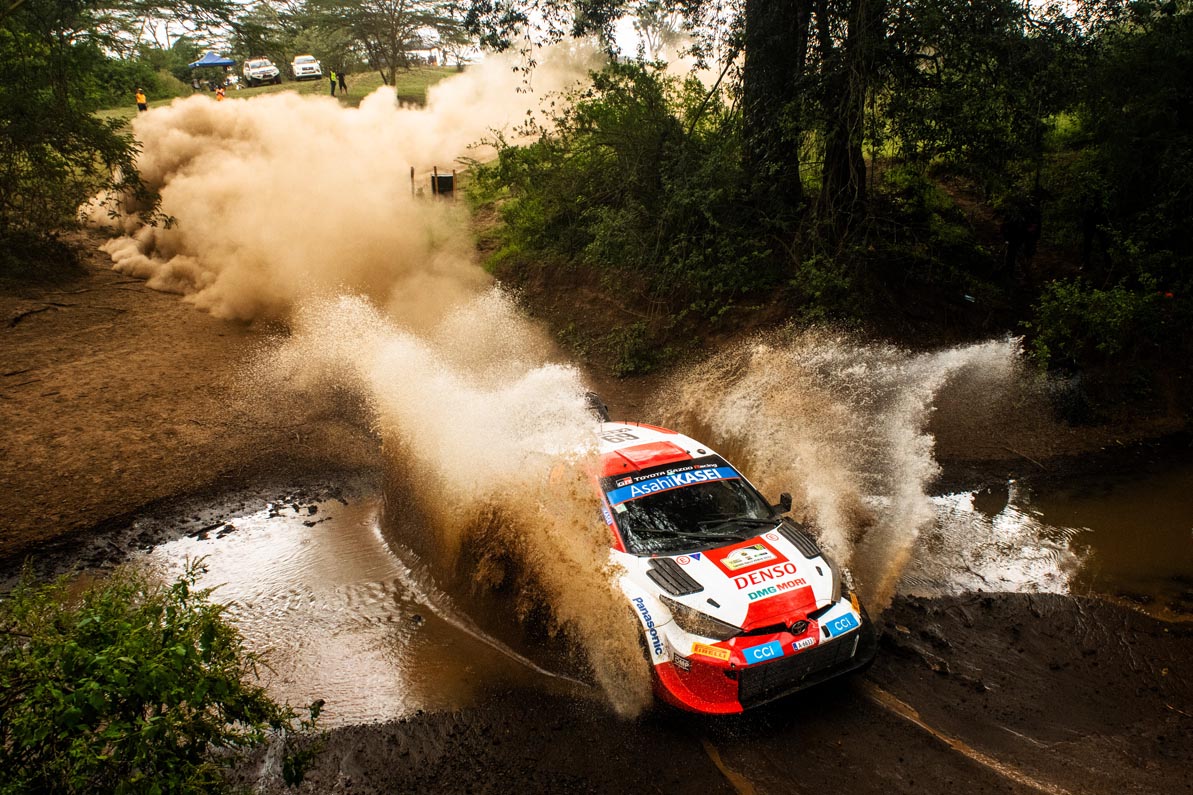 Kalle Rovanperä stretched his Safari Rally Kenya lead to more than half a minute on Saturday afternoon as wet weather conditions spiced up the penultimate leg.

On a day which troubled more of the FIA World Rally Championship’s leading drivers, Rovanperä overcame sickness worries to increase his advantage and headed a Toyota GR Yaris quartet in front of Elfyn Evans.

Championship leader Rovanperä seized the lead of this sixth round late on Friday when team-mate and early polesitter Sébastien Ogier stopped to change a wheel. He measured his pace over the morning and was happy to keep a watchful eye on those behind.

The afternoon loop was a completely different story. Downpours in the final pair of stages caused chaos as the dry and dusty roads turned to mud, with grip levels comparable to ice.

Rovanperä fared well in the extreme conditions despite feeling under the weather himself. He outpaced the entire the field by 11.2sec at Elmenteita 2 before adding another 13.2sec to his lead in the Sleeping Warrior finale.

The 21-year-old will start Sunday’s final leg a hefty 40.3sec clear at the top.

“It was quite a big job just to stay on the road today,” said Rovanperä. “There is no grip in the mud here and sometimes there is so much water that it’s hard to get through.

“I just realised straight away it was slippery and I tried to be a bit more clever in places where I saw other drivers’ lines going wide or something. Basically, I just tried to keep it clean.

“I have not been feeling too good today. It’s not with the stomach, but I feel I am quite tired. Hopefully tomorrow is better,” he added.

Evans punctured on SS10 and was also lucky to survive a close call with a tree on the last stage. The Welshman put the mishap down to poor visibility – the result of a broken windscreen washer motor – but ended 35.3sec clear of Takamoto Katsuta.

Katsuta was slow out of the blocks and dropped out of the runners-up spot on the first stage at Soysambu. Two deflated tyres and a late overshoot were the only real bumps in the road for the Japanese driver and he remains on target to claim a second consecutive Kenya podium.

Katsuta’s place in the leading trio was made possible by Thierry Neuville’s demise on SS13. The Hyundai driver grabbed a brace of early stage wins, but lost time when his i20 N was slow to restart following a stall. His day ended just 1km later following a shunt with a tree.

Neuville’s retirement added insult to injury for his Hyundai Motorsport squad, with Estonian driver Ott Tänak also sidelined by propshaft failure earlier in the day. Such was the rate of attrition, Neuville will start Sunday in fifth overall despite incurring a 10min penalty for failing to finish the final stage.

Eight-time world champion Ogier was aided by the drama unfolding ahead and brought his Yaris home 1min 22.7sec adrift of the podium in fourth overall, while Oliver Solberg completed the top six. The Hyundai youngster incurred 1min 30sec in time penalties after making roadside repairs to his car’s suspension and trailed the leaders by over 12 minutes at close of play.

Sunday’s finale features three stages – each run twice – located on the southern side of Lake Naivasha. The leg totals 87.20km. 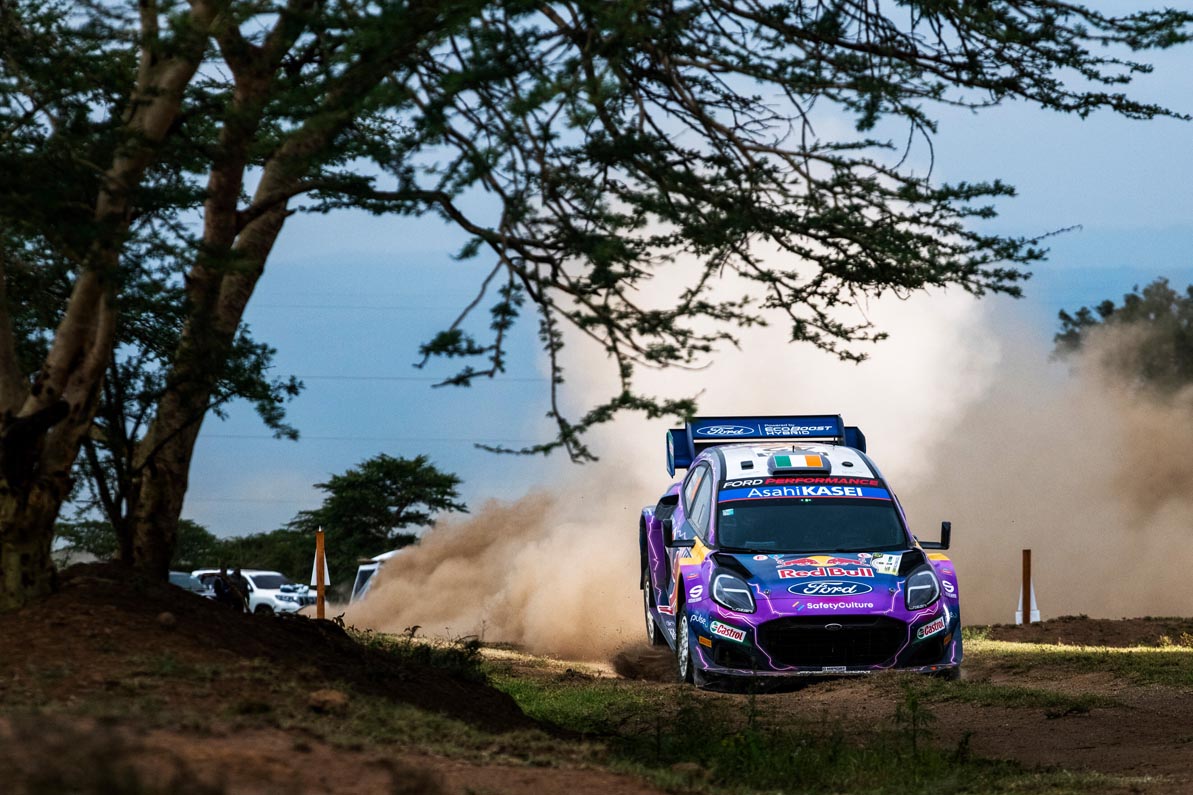 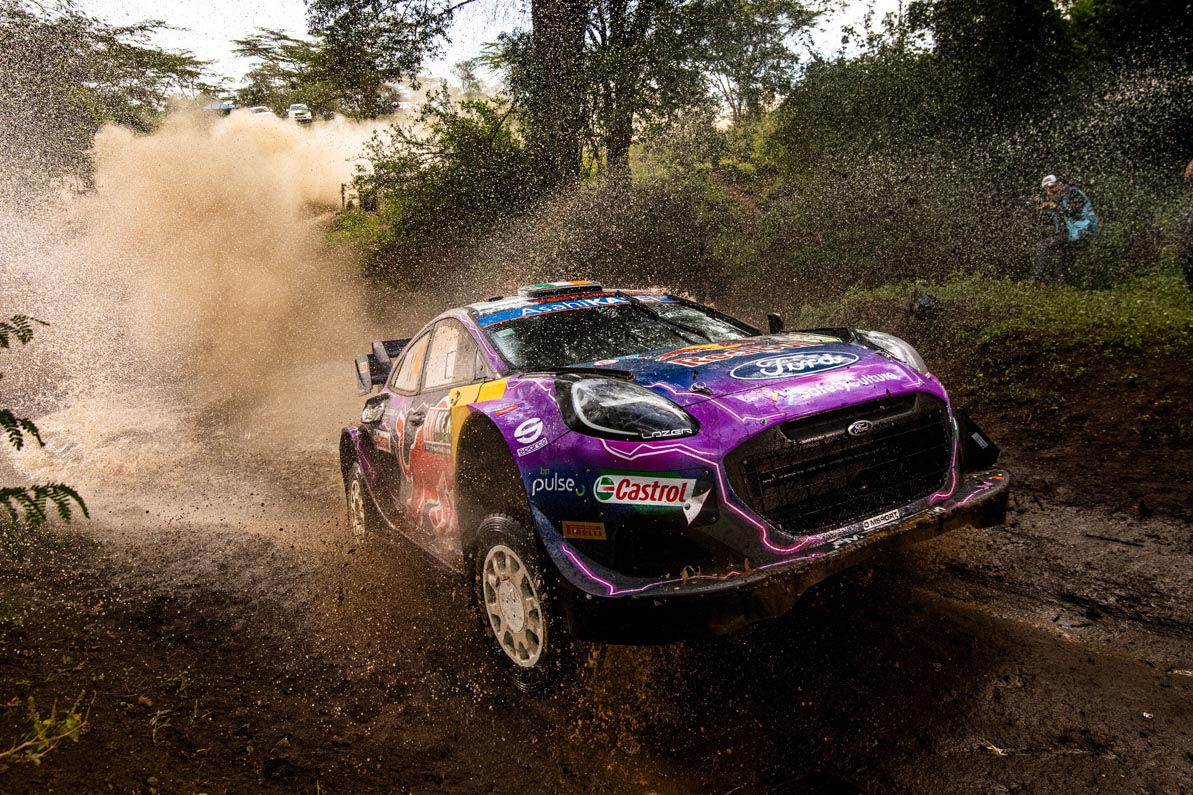 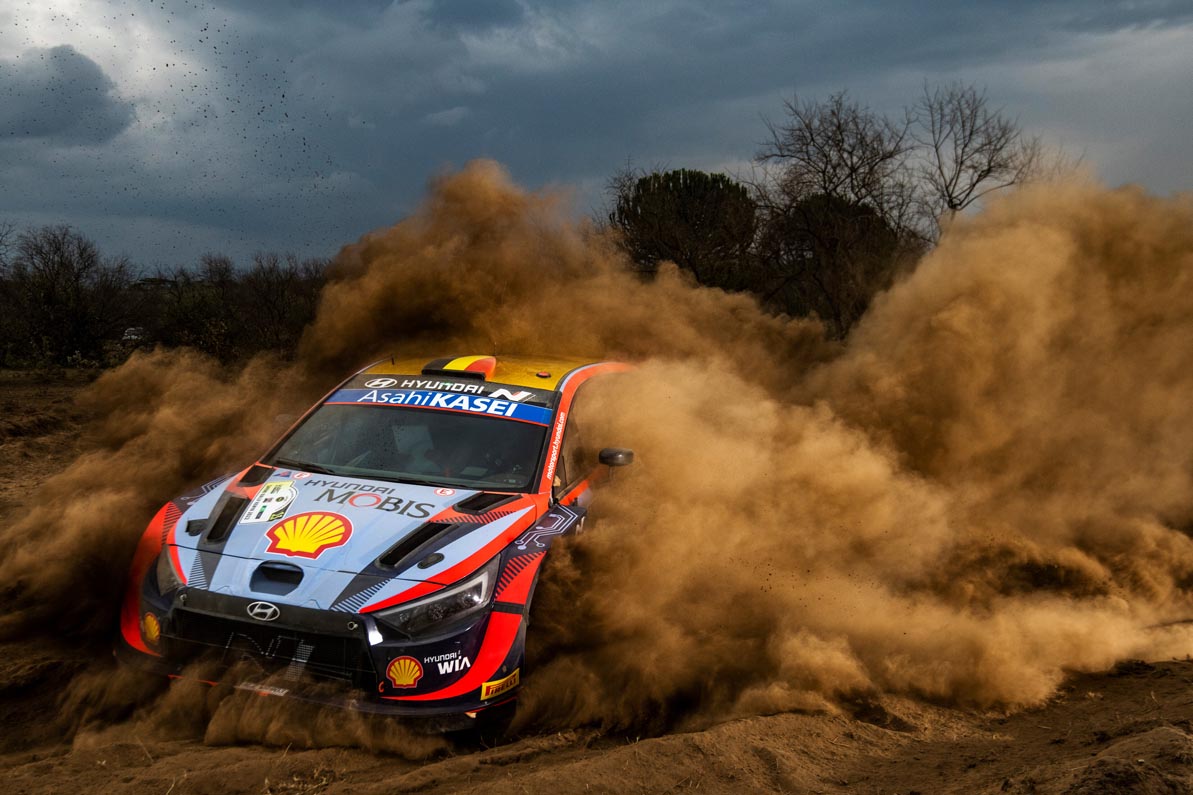 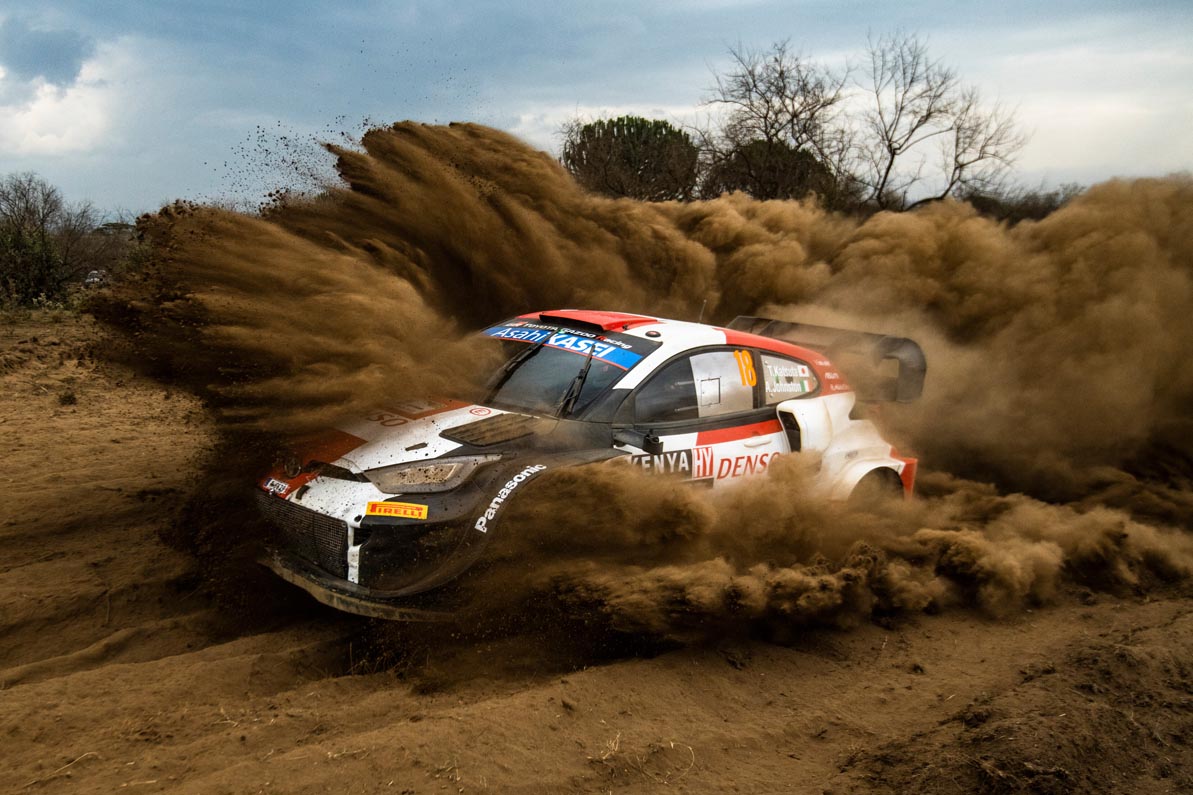 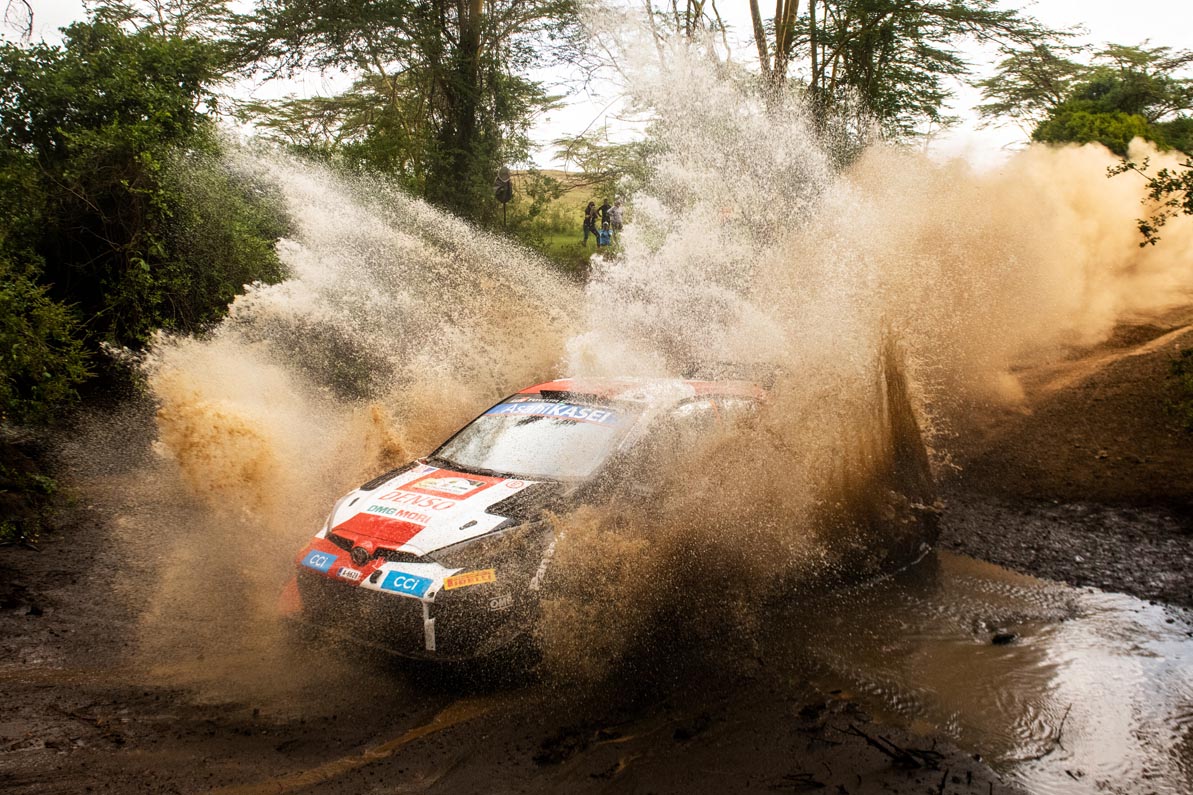 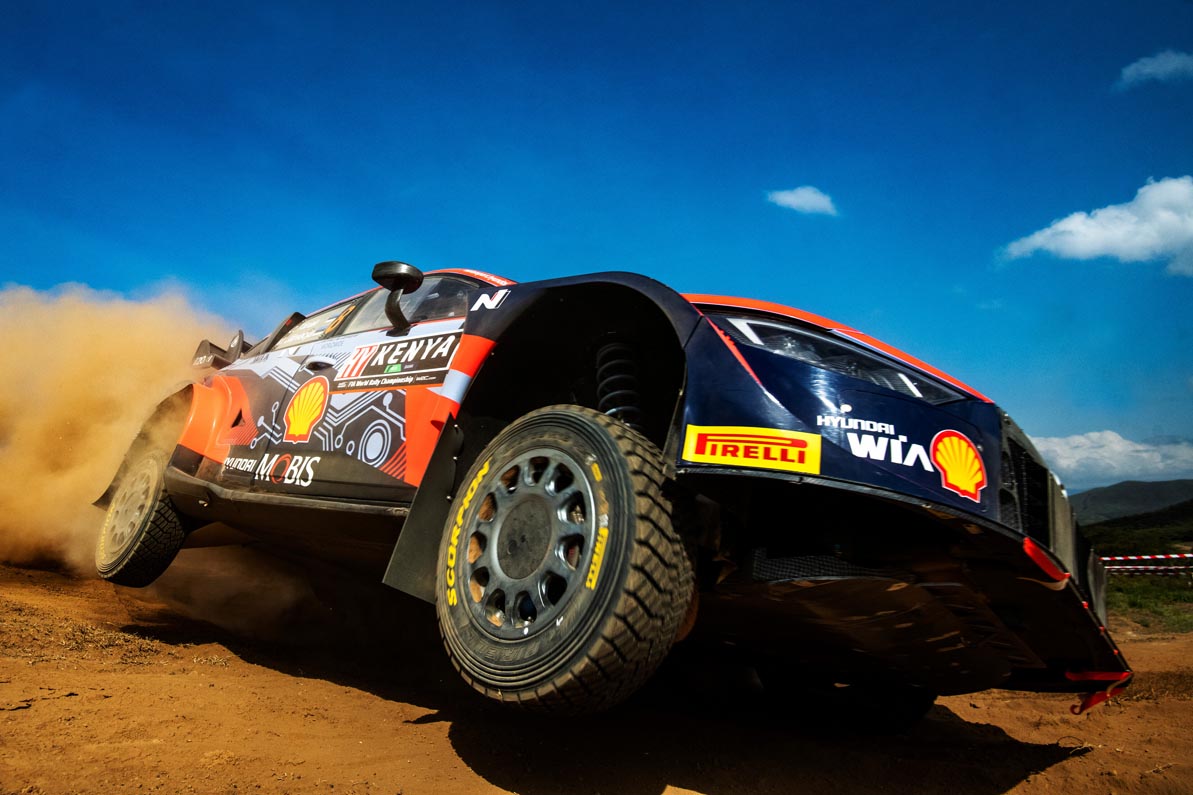 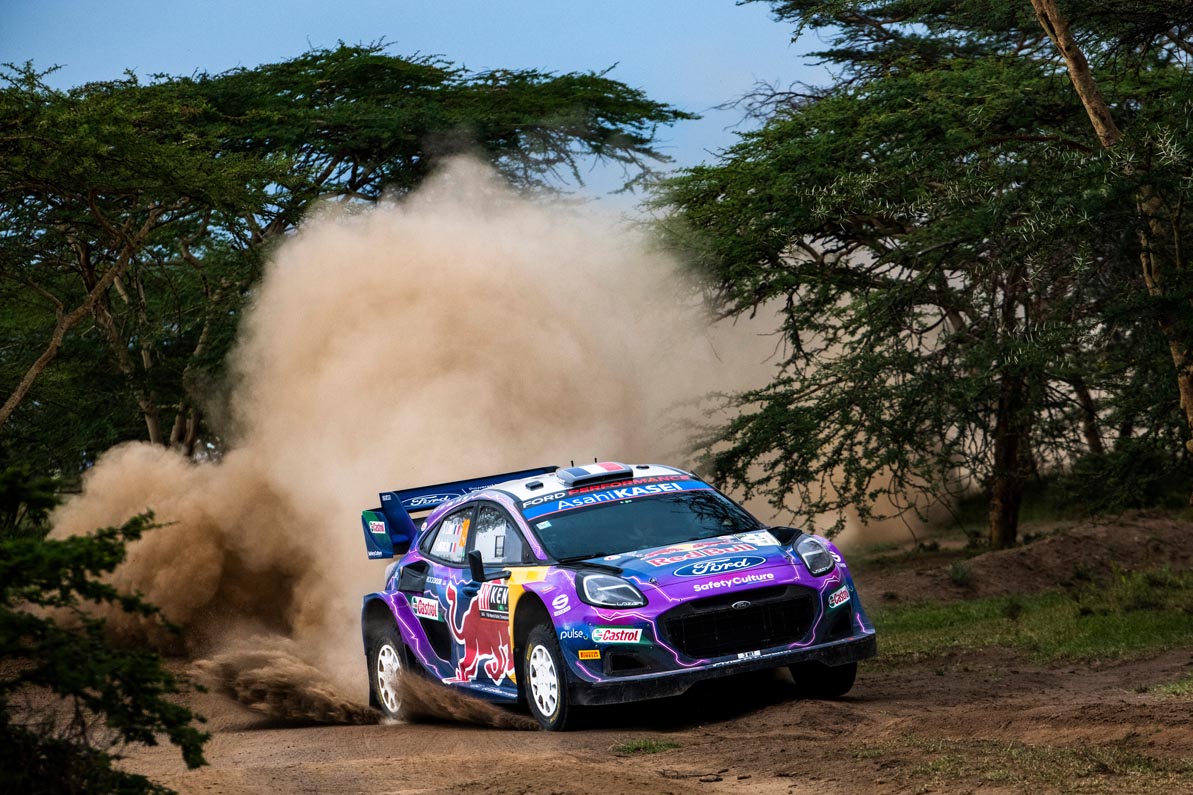 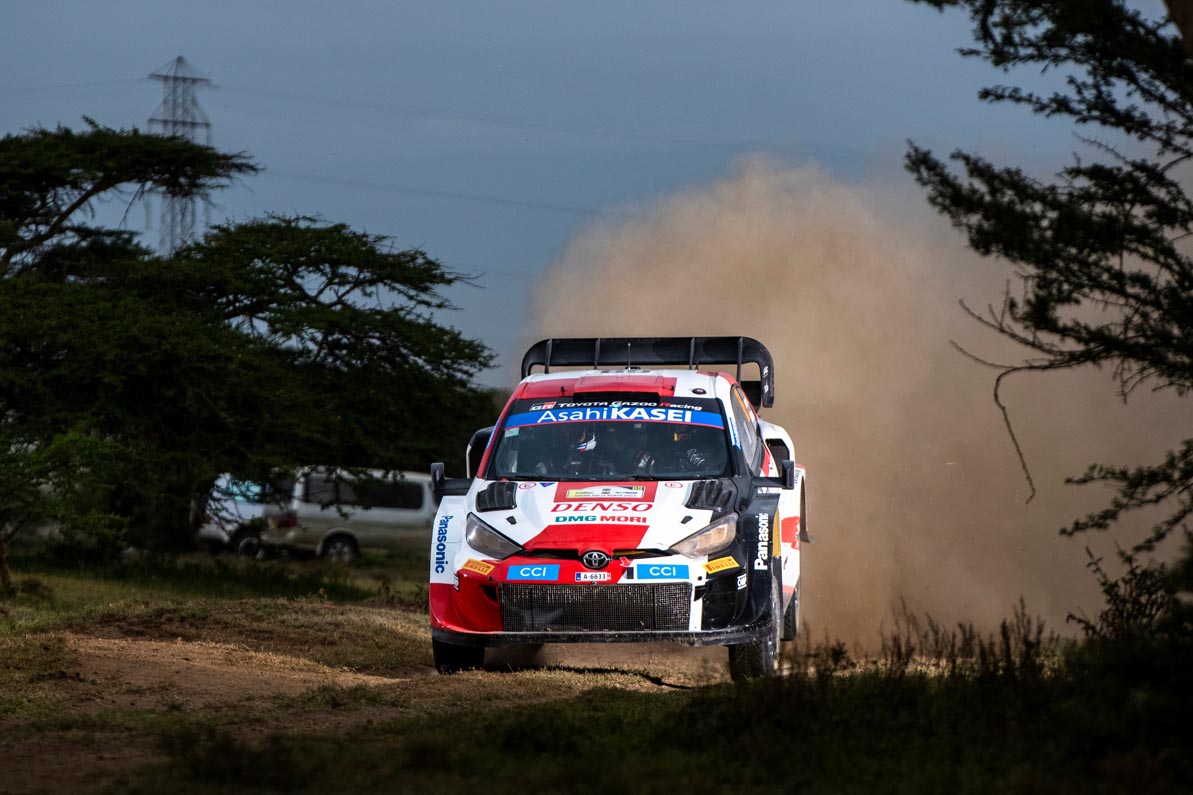 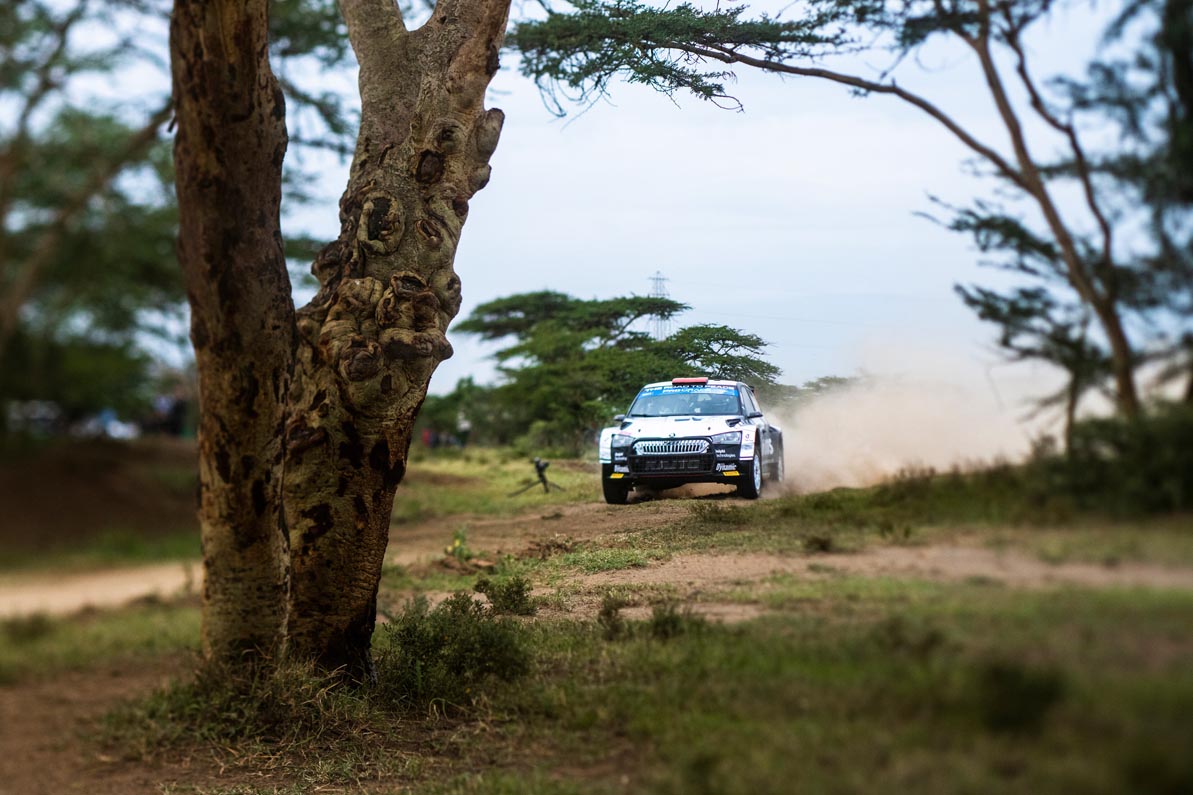 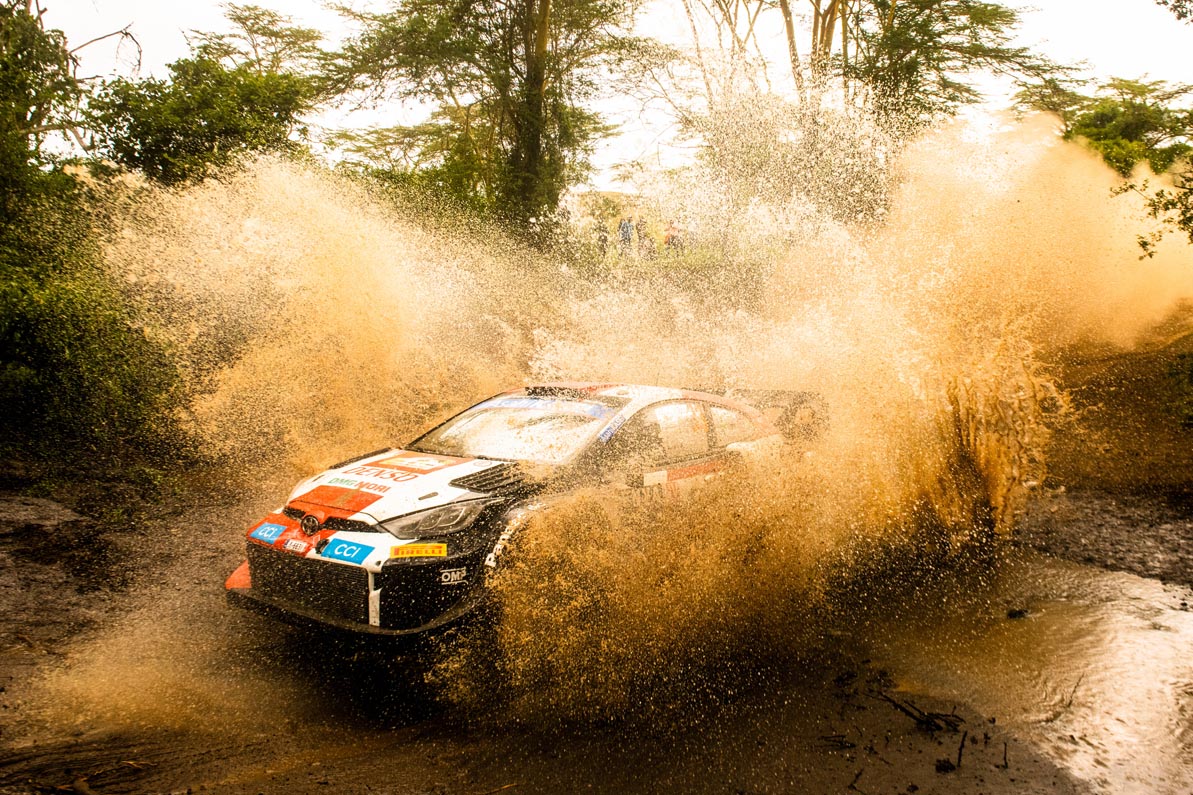