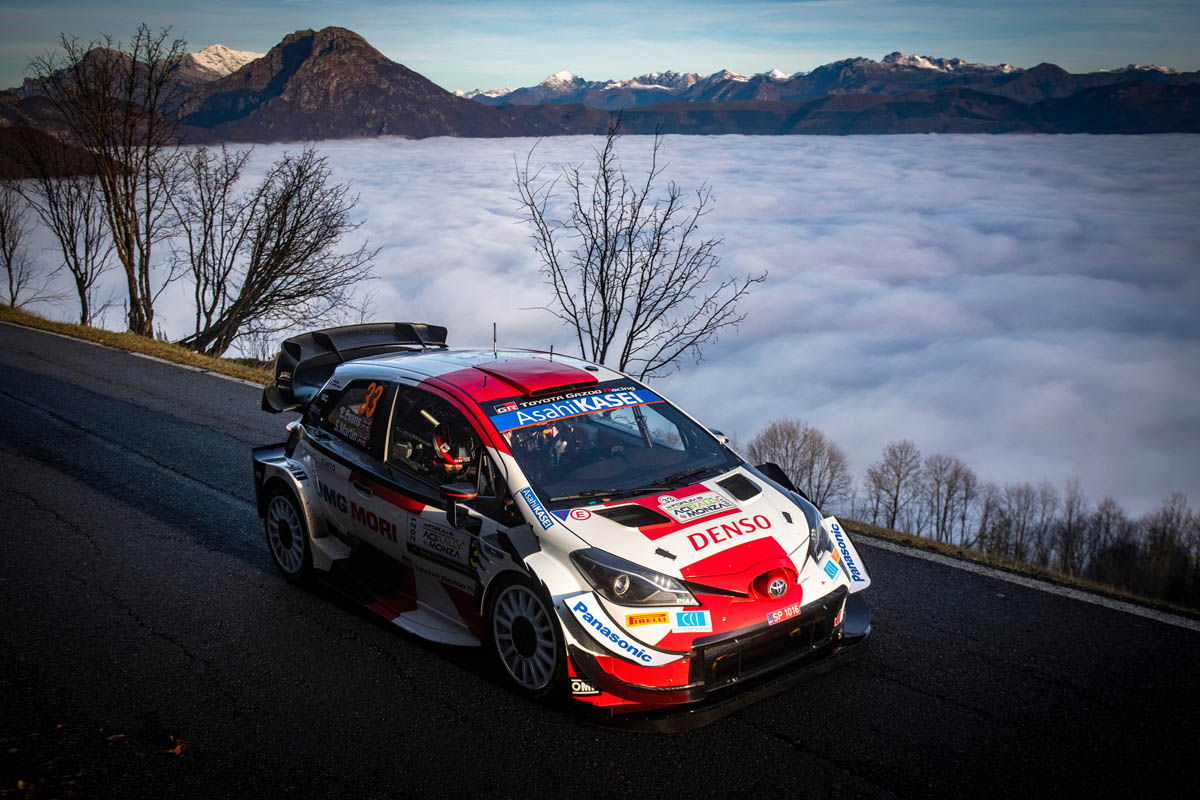 Ogier was the master of the mountains to lead after four fiendishly difficult speed tests in the Italian Alps. Evans had the better of the afternoon at Monza’s ‘Cathedral of Speed’ circuit to close the first of three days with a 1.4sec advantage.

Evans is bidding to wipe out a 17-point deficit and deny his Toyota Gazoo Racing team-mate an eighth world title in nine seasons. But Ogier is currently doing enough to finish his full-time WRC career on the best possible note.

Ogier won three of the first four special stages in fog and on slippery asphalt to lead by 6.5sec in his Toyota Yaris World Rally Car. Brake problems hampered the Frenchman at Monza and Evans took advantage to charge to the front.

The Welshman was relieved to emerge unscathed from a tough final stage in darkness and falling temperatures.

“That stage wasn’t easy, especially coming straight into the chicanes with quite cold tyres,” he admitted. “It’s not really nice in the dark. It was a good day around the track but, of course, we have work to do for the mountain stages tomorrow.”

“It’s been a good start,” smiled Ogier. “I think we had a good drive in the mountains. This afternoon I had some little issues and I didn’t take any risks in the last stage with the chicanes. I’m happy where I am right now. Elfyn is not a fight I need to take on.”

The front-running pair left others in their wake. Thierry Neuville was best of the rest, 20.2sec adrift in third place in a Hyundai i20. The Belgian overcame handling problems in the mountains and an afternoon gearbox issue to win one stage.

Team-mate Dani Sordo initially headed Neuville, but the Spaniard dropped behind and gradually fell away as he fought an understeering car. He bounced back to win the final stage and ended 3.0sec adrift in fourth.

Oliver Solberg impressed en route to fifth in another i20. The young Swede survived a half spin to close the day 26.0sec behind Sordo and 14.9sec ahead of Takamoto Katsuta’s Yaris.

The Japanese driver conceded a handful of seconds after stalling his engine, but remained clear of Gus Greensmith’s Ford Fiesta in seventh. Teemu Suninen eased through the day to hold eighth on his debut in a top-level i20.

Ninth was a cautious Kalle Rovanperä in another Yaris, the Toyota Gazoo Racing man a back-up to Ogier and Evans. His role is to ensure sufficient points are in the bag to seal the manufacturers’ crown should his battling colleagues fall by the wayside.

Adrien Fourmaux was the only major retirement. The Frenchman was sixth in a Fiesta when he drifted wide in a corner, hit a wall and rolled back across the road.

Saturday is the longest leg of the rally with 108.24km of action in a similar format. A double pass through two mountain stages in the morning is followed by two afternoon Monza tests.

Full coverage from FORUM8 ACI Rally Monza is available on WRC+ All Live here, including every stage broadcast as it happens as well as key interviews, features and expert analysis from the service park.

Provisional results can be consulted here. 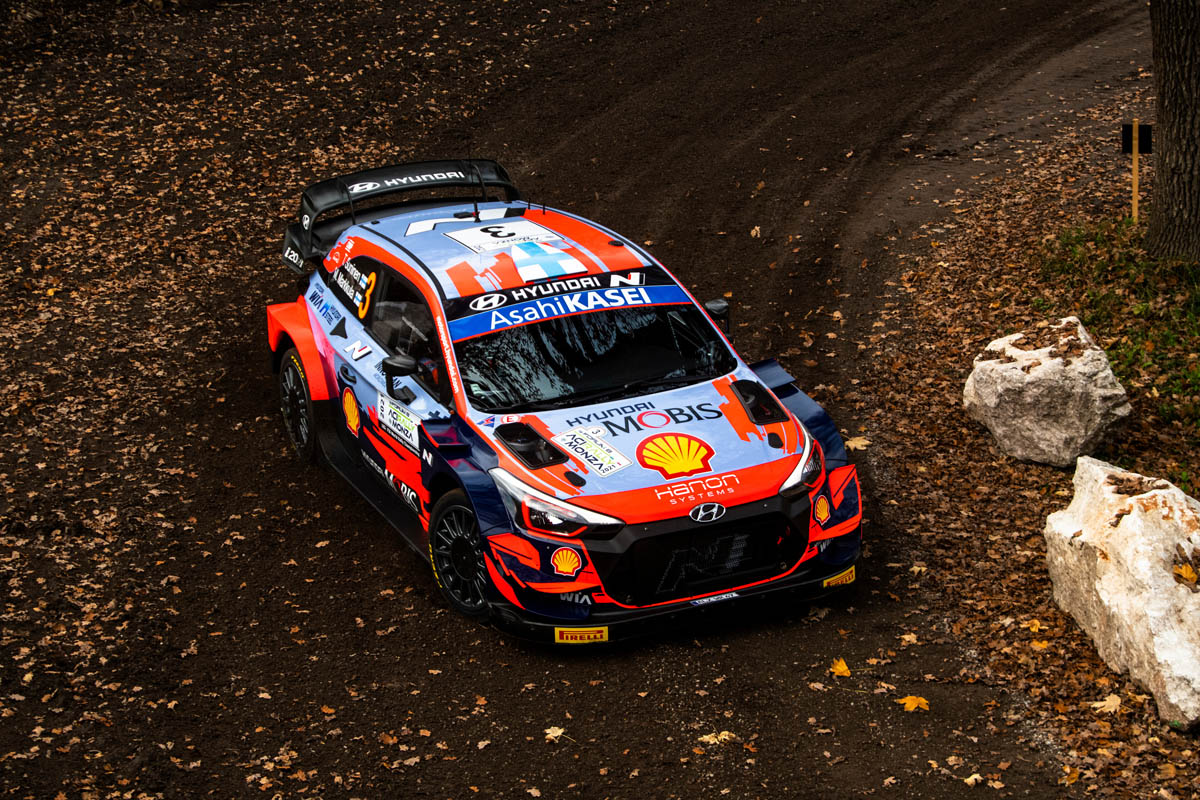 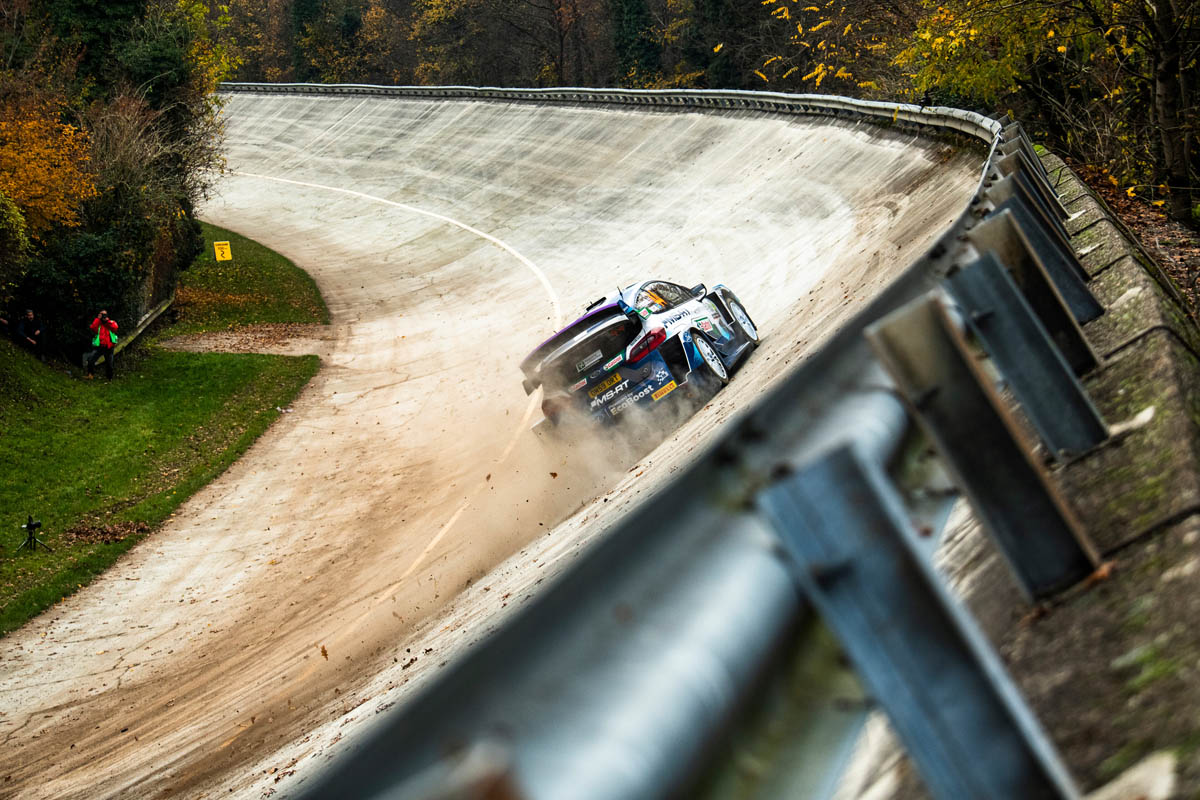