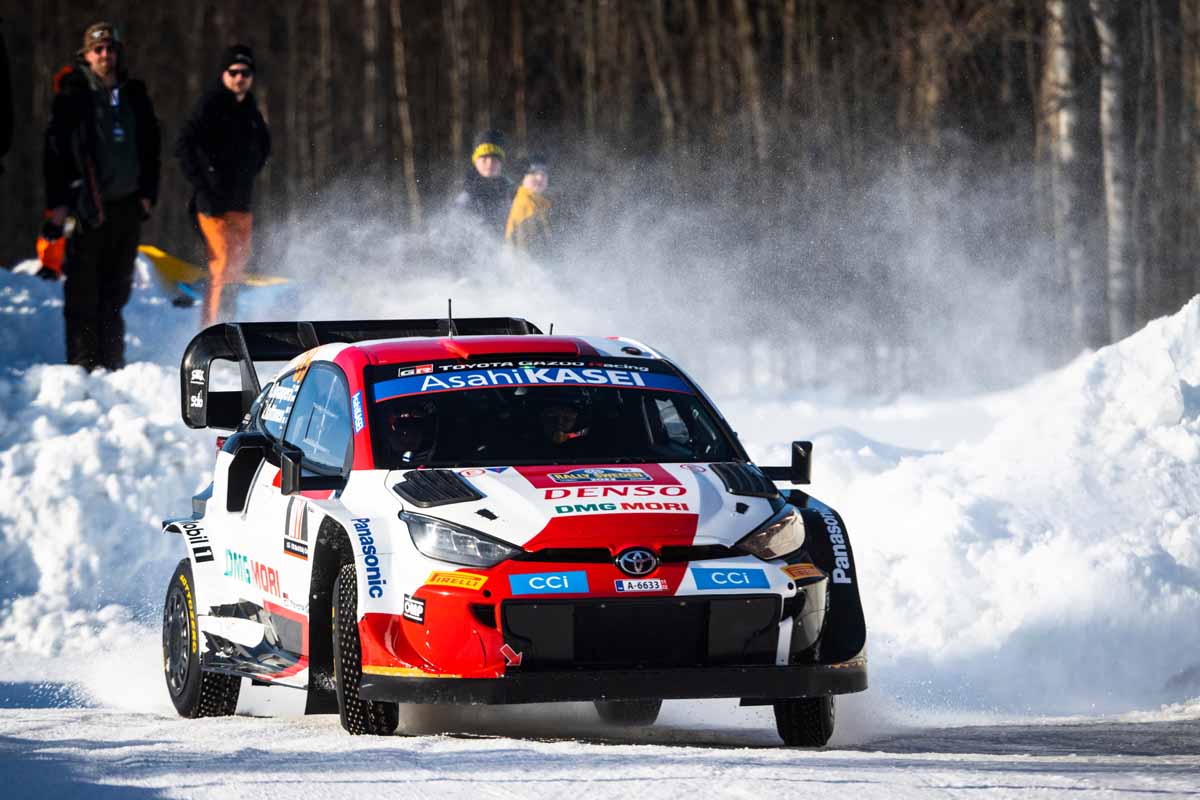 Finn opens up 8.3s lead over Evans with Neuville and Lappi close behind.

Kalle Rovanperä led Rally Sweden on Saturday night after a breathtaking drive in darkness distanced his rivals at the close of another fast and furious day’s competition.

Five different drivers led this second round of the FIA World Rally Championship in Friday’s opening leg, but the Finn took control for a second time on Saturday morning and fended off an attack from Toyota GR Yaris team-mate Elfyn Evans.

Rovanperä headed Evans by just 1.2sec with two speed tests remaining. As night fell, he turned up the pace further to win both stages and extend his advantage to 8.3sec over the Welshman with Sunday’s short final leg remaining.

Rovanperä relegated overnight leader Thierry Neuville in the opening special stage and was almost five seconds to the good by the day’s midpoint. Evans retaliated on the second pass of the roads only for his colleague to deliver a crucial blow in the dark.

“I knew that when we lost a bit in the afternoon’s first stage we needed to fight back,” Rovanperä explained. “It should always be 100 per cent commitment but on the last stage I think it was 105 or 110 per cent! They were really difficult conditions and I’m happy to be through without mistakes. Tomorrow will still be a big fight.”

Evans won two of the six stages compared to Rovanperä’s treble but almost threw away his chances on the last corner of the closing test. He ploughed through a snowbank at exactly the point where the finish timing beam was located and completed the final metres to the stop line on a road parallel to the stage.

Neuville remained on the heels of the two Toyota drivers until an overshoot in the morning’s final test cost 10sec and demoted him to fourth. A spirited recovery promoted him back to third, but he ended 21.7sec off the lead in his Hyundai i20 N.

The Belgian had 4.2sec in hand over the third GR Yaris of Esapekka Lappi. The Finn fell away from the lead battle during the day and closed almost 1min 20sec clear of the similar car of Takamoto Katsuta.

The Japanese driver benefited from a throttle problem for Oliver Solberg, who dropped 90sec after limping through the final stage in his i20 N. Solberg also collected a 2min 40sec penalty for arriving late at the test after working to make repairs on the preceding liaison section.

Gus Greensmith was sixth in a Ford Puma. He gained two places in the final stage due to Solberg’s problem and an engine issue for team-mate Adrien Fourmaux, which cost the Frenchman almost five minutes and dropped him off the leaderboard. 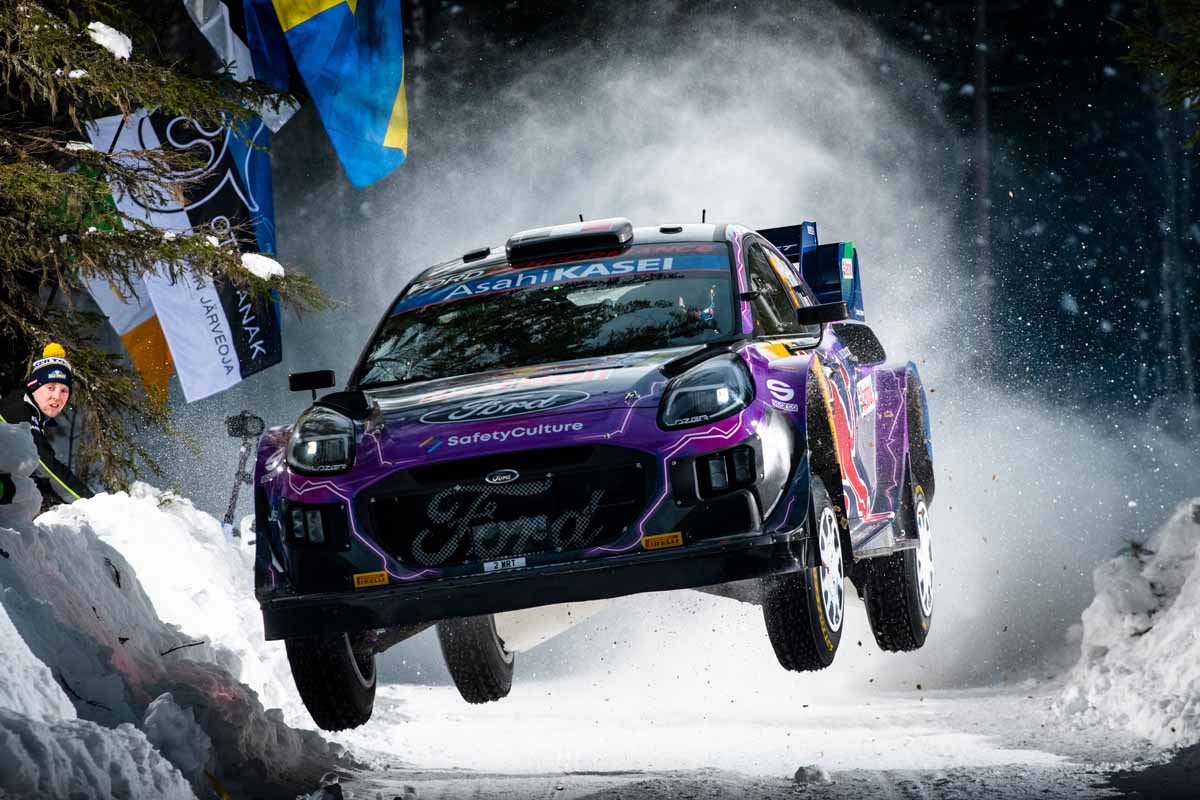 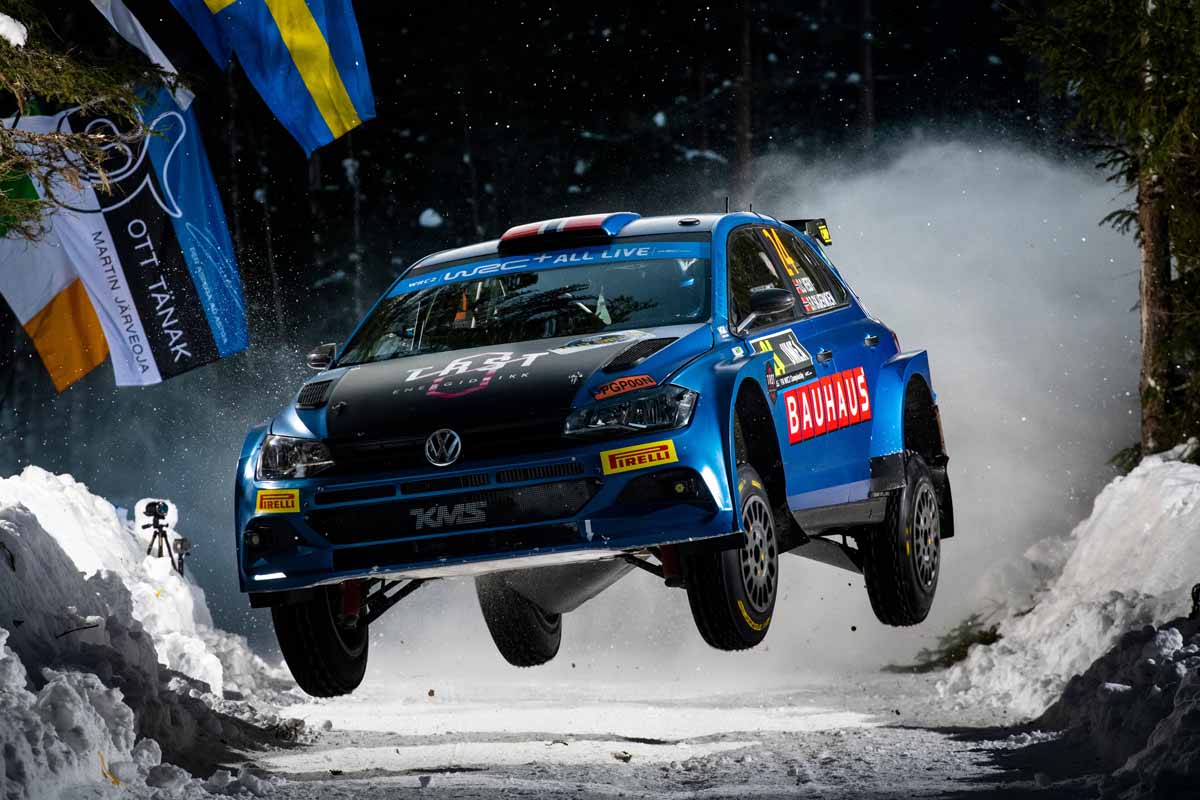 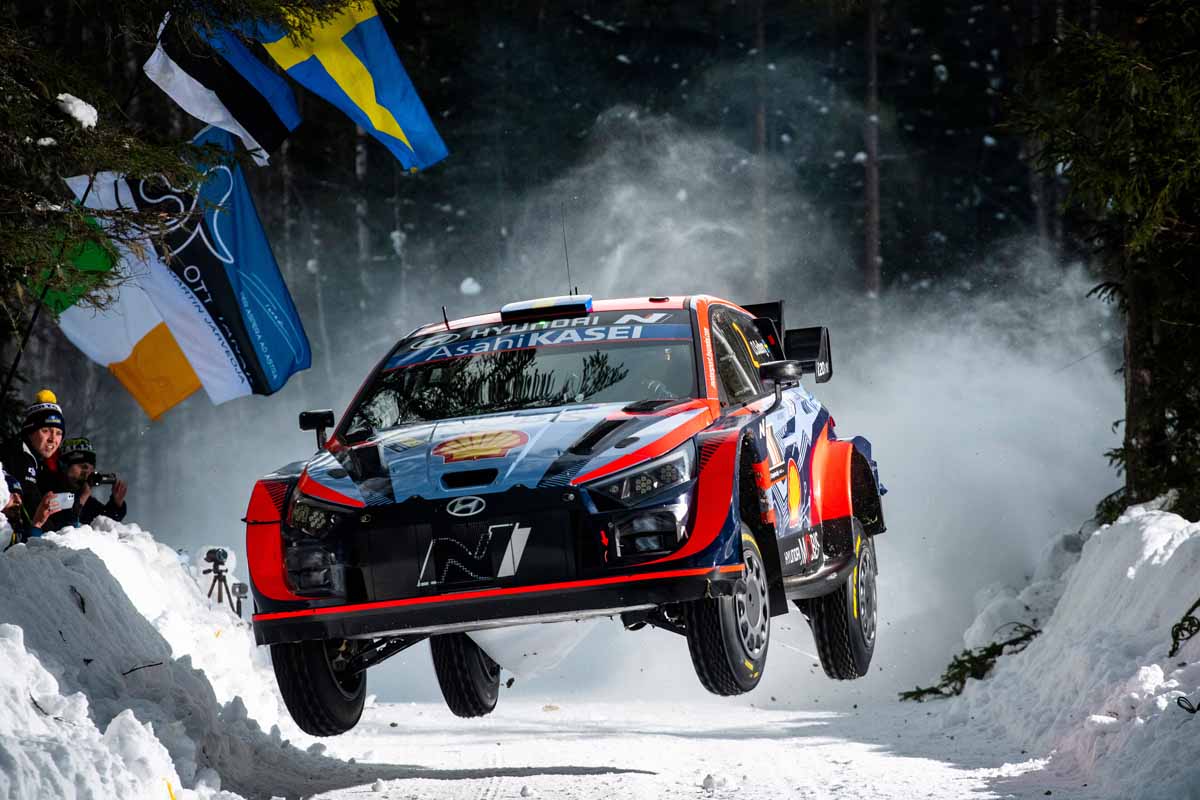