246,805 Visitors To The Mercedes-Benz Museum In The Coronavirus Year 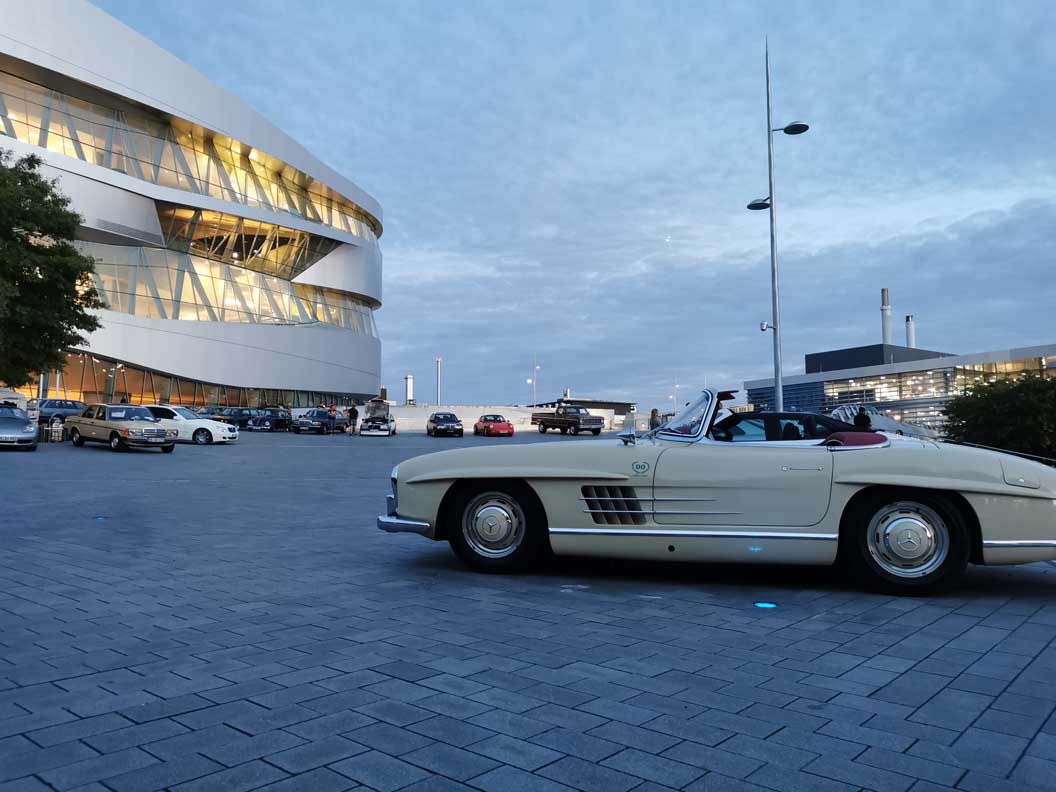 A truly extraordinary year for the Mercedes-Benz Museum: 2020 started off so promisingly at first. Attendance was up by 14.3 per cent in January and February compared to the same period in 2019. “That was our initial assumption for the rest of 2020. Who could possibly have guessed that a dangerous virus would bring the entire world to a standstill – including our visitors and our Museum?” says Monja Büdke, Director of the Mercedes-Benz Museum.

But that’s exactly what happened. No fewer than 113,579 people had visited the Mercedes-Benz Museum from the start of last year until the first lockdown, which took effect on 14 March 2020, when the Museum closed.

In retrospect, it is possible to say that almost half of the entire year’s visitors came during those eleven weeks. The Museum counted a total of 246,805 visitors for 2020 – a 71 per cent drop over the 2019 attendance figures of more than 850,000.

The Museum responded to developments flexibly by offering new formats

From 9 May 2020, the Museum opened again after eight weeks of closure with a comprehensive hygiene concept. At the time, opening was restricted to Friday to Sunday until the end of August.

From 1 September until 1 November, it was then open the usual six days a week. The Mercedes-Benz Museum was visited from early summer to winter 2020 by people from the immediate region in particular – and many of them came more than once: “The number of regional visitors who came several times rose to over 25 per cent in 2020,” says Monja Büdke. During this period, the Museum provided a number of highlights: the special campaign in excessively hot weather with free admission on heatwave Sundays attracted many guests, as did the special “40 Years of the Mercedes-Benz G-Class” exhibition, which was on show until the end of September 2020.

The mascot presentation day on 3 October 2020 was particularly successful, with the Mercedes-Benz Museum’s new mascots, Carlotta and Carlchen, introducing themselves in an enthralling show.

They then delighted the audience together with 20 other mascots from the region. The same weekend also saw the opening of the hands-on exhibition “Experience Creates Knowledge” developed by experimenta Heilbronn, which will be complementing and enriching the CAMPUS children’s and young people’s area with a further interactive offering for the next two years.

“Our business benefits very much from international tourism. Due to the restrictions on travel from Asia and North America, for example, our visitor mix changed considerably last year,” says Museum Director Monja Büdke.

The proportion of guests visiting us from China, for example, was less than 0.5 per cent from May to November 2020. By comparison, in 2019, tourists from China accounted for more than 10 per cent of our Museum visitors. Most of the international guests in 2020 came from neighbouring European countries, in particular France, the Netherlands, Austria, Poland and Switzerland. 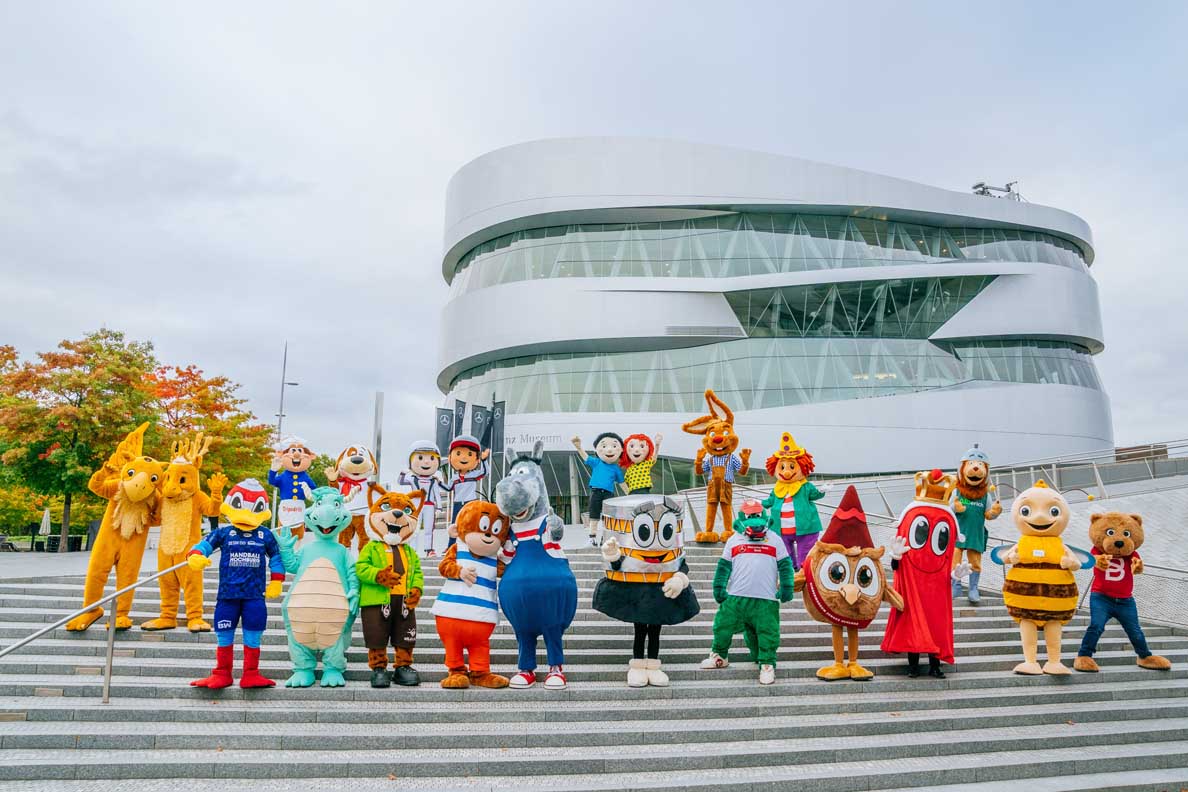 On particularly busy Sundays, as many as 600 classic vehicles gathered on the mound. As a result, the Museum expanded its offerings to include additional “after-work” dates on Thursday evenings.

However, many popular events such as the Mercedes-Benz Summer Concerts, the open-air cinema and concerts planned in cooperation with the Stuttgart State Opera had to be cancelled last year. “Wherever possible, we responded flexibly to developments and the corresponding challenges with new formats,” explains the Museum Director in retrospect.

For example, the Museum participated in the BW-Bank Kulturwasen event with a drive-in cinema and a concert by “Gentleman”. Together with the Stuttgart State Opera, exclusive musical experiences such as the “1:1 Concerts” and promenade concerts were held at the Museum in June and July, as well as a truck concert on the open space in front of the Museum.

“The Mercedes-Benz Museum – like many other institutions – made the best of a difficult situation last year for its guests,” summarises Monja Büdke. Key activities in this context were alternative event concepts and, in particular, a boost in virtual, i.e. online, content.

There were new concepts here last year, including a film taken from a drone with spectacular flights through the exhibition (http://mb4.me/drone-museum), interactive tours with Museum guides (e.g. http://mb4.me/MuseumTour) and the social media series “Exclusive Insights: The Cars of the Mercedes-Benz Museum” on Instagram TV (http://mb4.me/exclusive-insights).

“The many positive responses to the new offerings were encouraging, and so coronavirus year 2020 had many an uplifting surprise in store for us,” says Monja Büdke.

As a result, the Mercedes-Benz Museum has embarked on the year 2021 with new ideas and a positive outlook. There is a special exhibition “future of mobility” with concepts and practical solutions for mobility technologies and services.

Also on display: “Seven at a Stroke” with the original racing cars to mark the seventh consecutive Formula One World Championship double with seven driver and constructors’ titles in a row. As soon as the Museum reopens, both presentations will be accessible – free of charge for visitors. 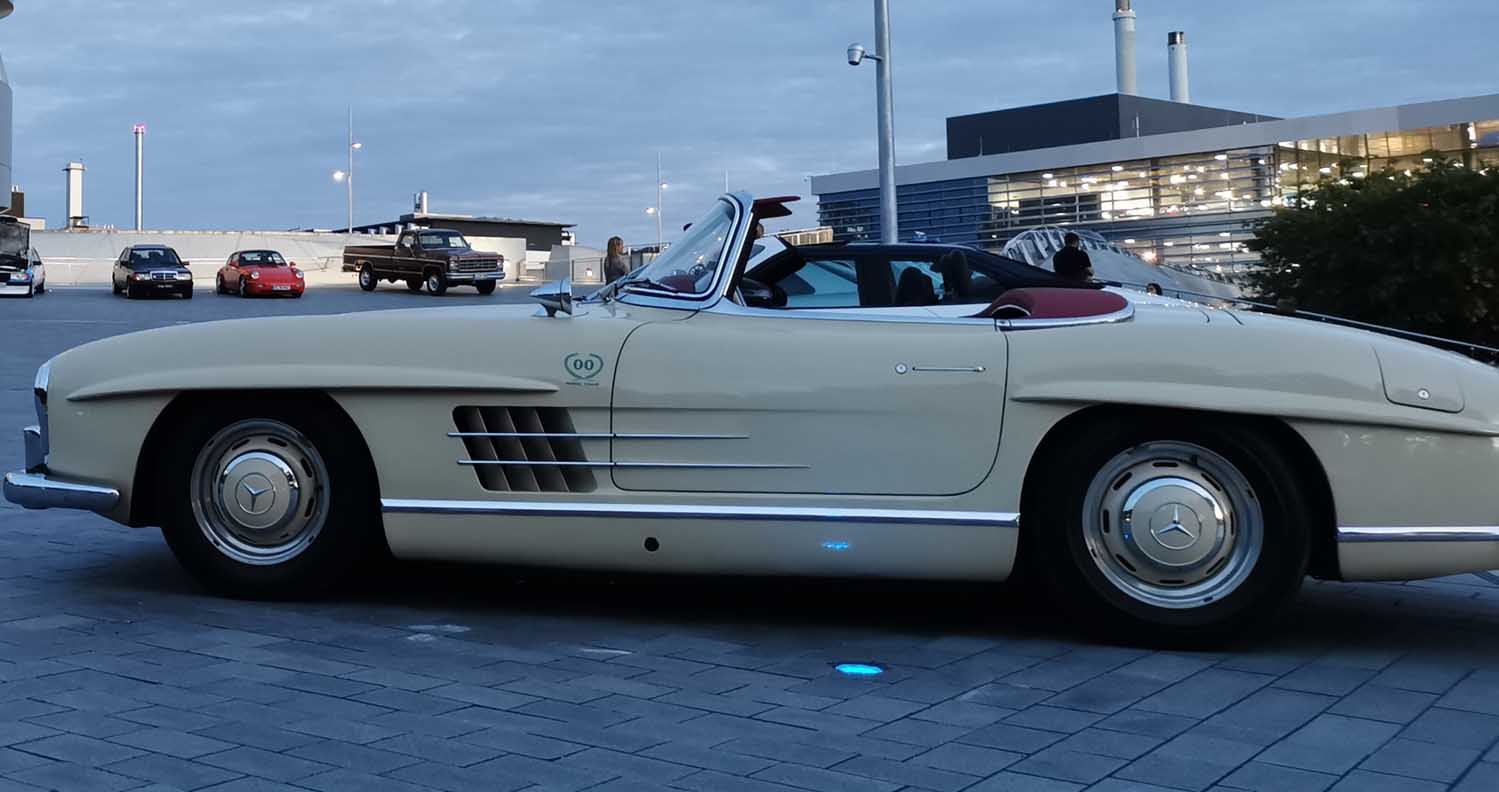 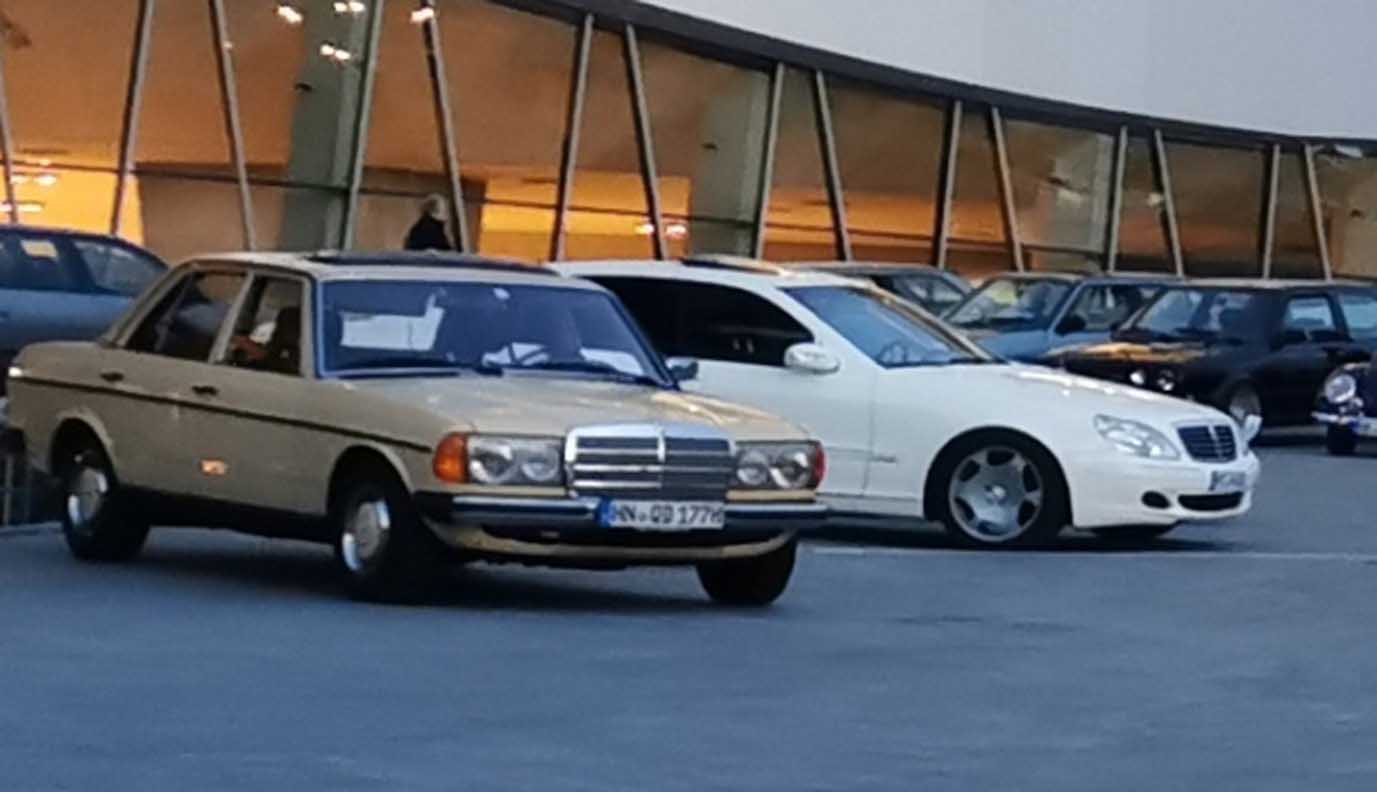 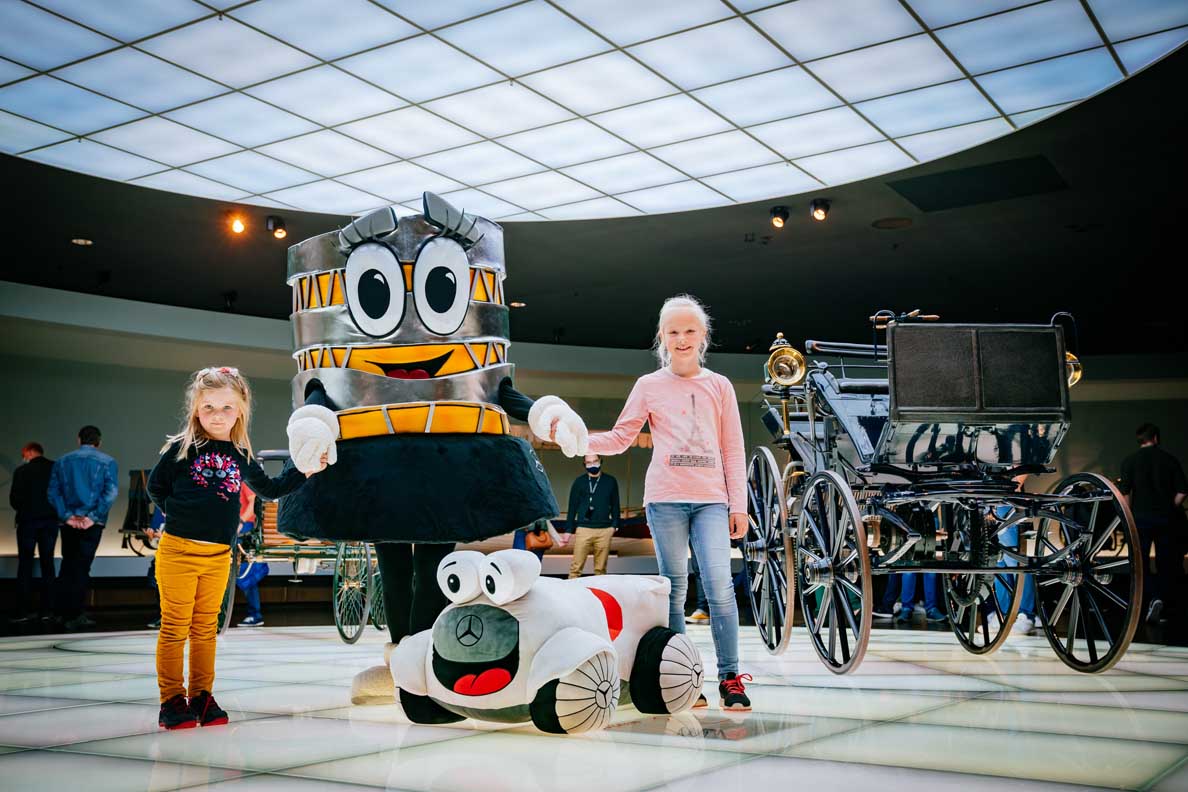 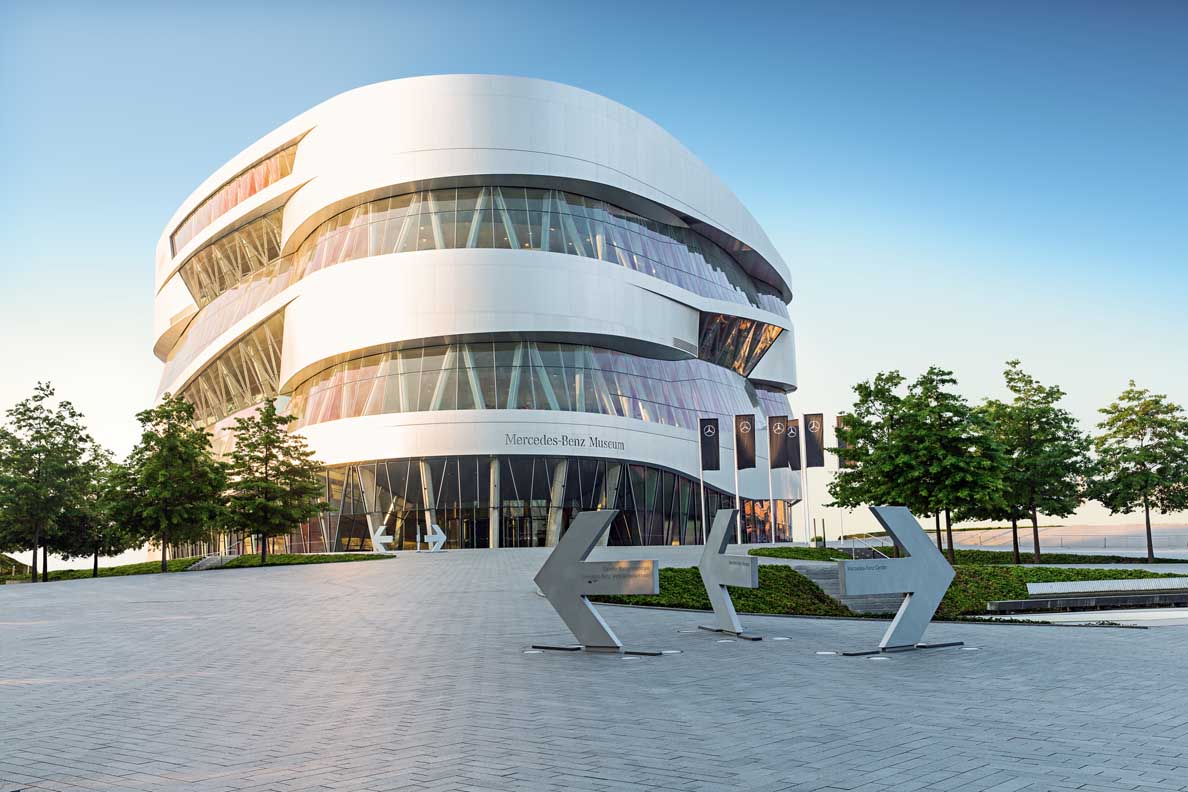 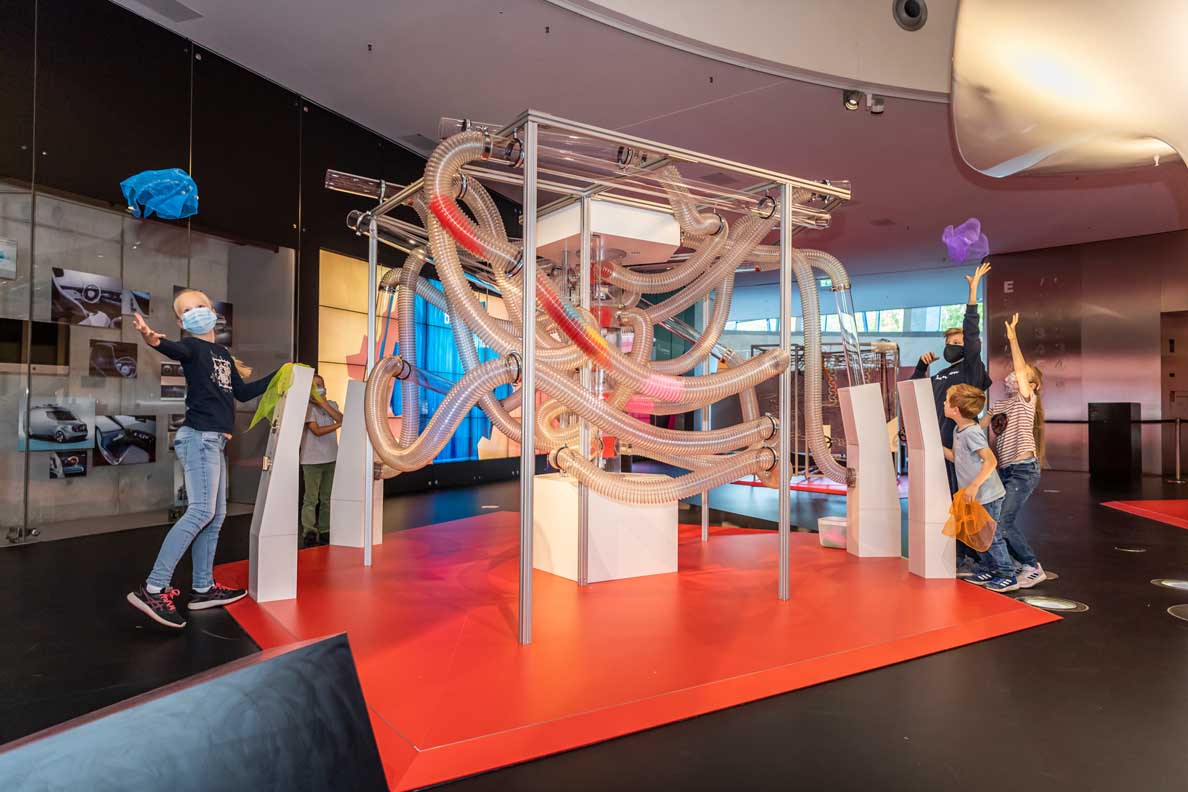