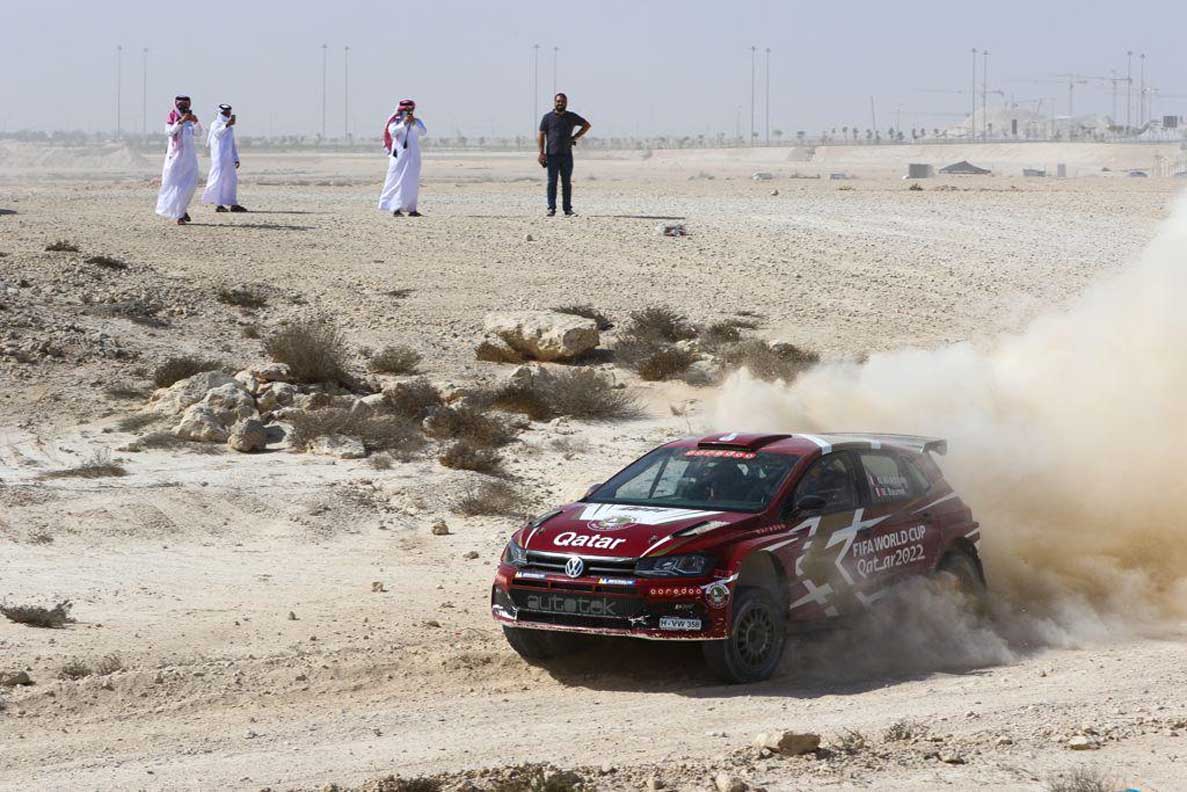 The 2021 Qatar International Rally roars into life at Katara on Friday evening. The ceremonial start podium will be held at 20.15hrs and teams will then tackle two runs and two laps of a purpose-built super special stage from 21.30hrs.

Then, ahead of an impressive field of drivers and co-drivers from 12 nations are two days of high-speed competition across the northern deserts of the State of Qatar that will make the opening round of the FIA Middle East Rally Championship (MERC) such a challenge.

Run under the rigorous protocols put in place for the Covid-19 pandemic, all necessary precautions have been taken. Teams have now completed their reconnaissance of the desert special stages and attention turns to setting the cars up in preparation for the rigours that lie ahead over the weekend.

Sheikh Suhaim Al-Thani works for the Qatar Olympic Committee, but international rallying is a far cry from the member of the Qatari Royal Family’s normal day-to-day routine. Al-Thani has decided to venture into the world of motor sport and has teamed up with Motorsport Italia to run a Škoda Fabia Evo with co-driver Hamad Al-Yafei.

Sheikh Suhaim has never taken part in a rally before and has never driven competitively either. He’s not expecting to be pushing his R5 rivals at all and the goal is to finish the rally and gain experience over some of the most challenging desert terrain in the Middle East. He managed to work with his team and test the car for the first time earlier this week.

The big guns at the head of the entry list have also found time to carry out a shakedown test in an area of desert close to the Losail Sports Arena. This marked an excellent opportunity for international rally star Kris Meeke to get up close and personal with the challenges he will face on his MERC debut.

The Ulsterman and his regular WRC navigator Sebastian Marshall are rallying in a privately-entered Škoda Fabia Evo run by Sports Racing Technologies (SRT). 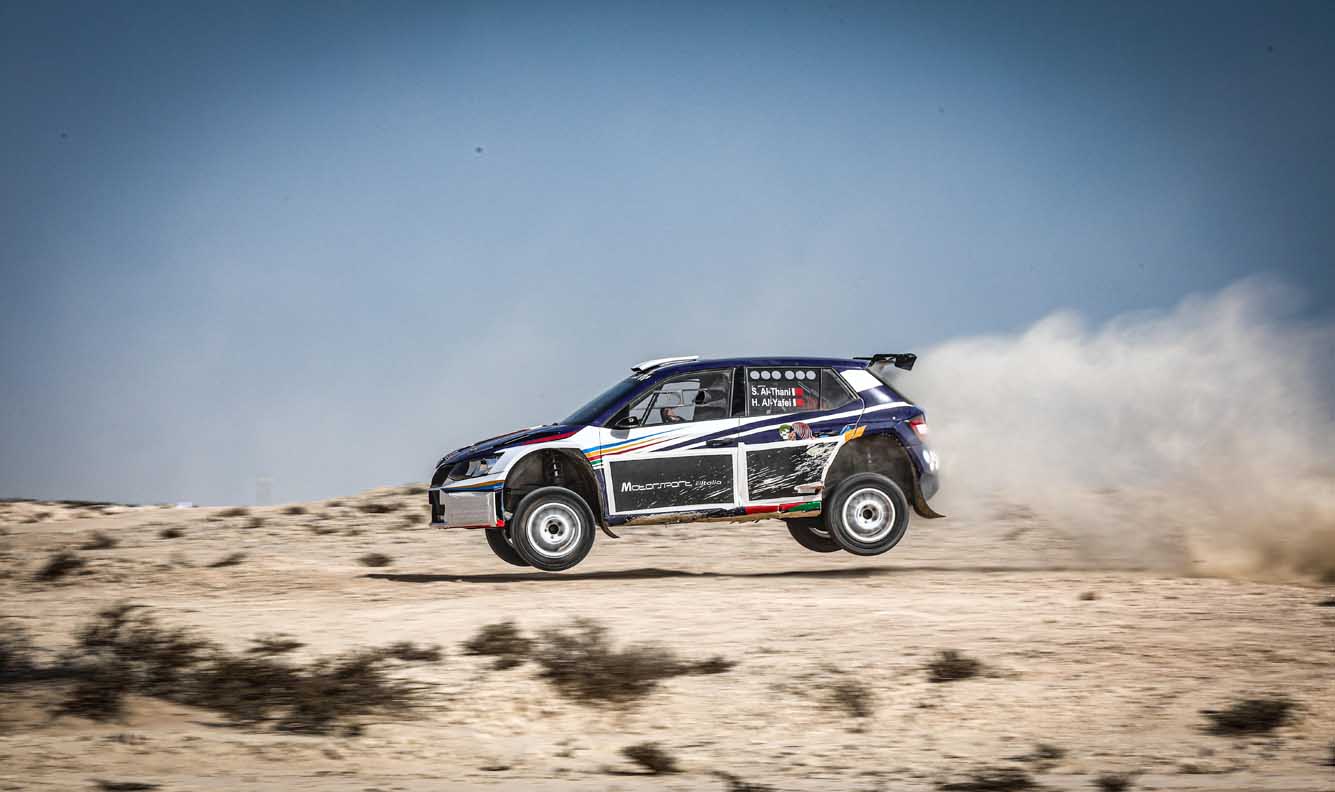 “It is nice to see the Qatar desert on a small test in the SRT Škoda” said Meeke. “It looks nice to drive here, a new challenge in more open and fast terrain. For sure, I need good notes on the recce to understand the road and see the visibility of the stages and make good lines. It’s a big challenge to race the guys with Qatar experience, but I’ll bring my best to the stages.”

SRT is a Latvia-based operation and works in numerous motor sporting disciplines, including special stage rallies and cross-country events, and is also running Qatar’s Khalid Al-Suwaidi on his home event.

Al-Suwaidi teamed up with Adel Abdulla to finish fifth in the 2019 rally and the 2012 Kuwait International Rally winner has returned on this occasion with the Portuguese co-driver Hugo Magalhães. The latter finished ninth and third in MERC 2 with Abdullah Al-Kuwari at the Qatar International Rally in 2019.

Defending regional champion Nasser Saleh Al-Attiyah also made use of the opportunity to get back behind the wheel of his Autotek Motorsport-run Volkswagen Polo GTi R5 after spending much of January battling his way across the sand dunes of Saudi Arabia to finish second in the Dakar Rally in a Toyota Hilux.

Al-Attiyah won the Qatar International Rally for the 14th time when it was last held in 2019 and that marked the first regional success for the Volkswagen. That victory set the winner of a record-breaking 75 MERC event wins up for his 15th regional title and he made it 16 during a 2020 season that was shortened with the onset of the Covid-19 pandemic.

Qatar’s Nasser Khalifa Al-Atya and Abdulaziz Al-Kuwari and Oman’s Abdullah Al-Rawahi drive the other three R5s in a formidable line-up that opens the door for some fascinating competition over the weekend.

Al-Atya was a regular competitor in the MERC throughout the 1990s and finished as runner-up in the title race to the late Sheikh Hamed bin Eid Al-Thani in 1993. He moved into senior FIA officialdom throughout the early 2000s and made a return to the hot seat a few years ago and has been a regular supporter of the regional rally series ever since. Al-Atya teams up with Lebanese co-driver Georges Nader in a Ford Fiesta R5 run by Motortune under the management of 14-time Rally of Lebanon winner Roger Feghali.

Al-Rawahi is a young talent on the MERC scene and graduated from MERC 2 to drive a fully-fledged R5 car. The Omani is working with his Oman Rally Team and Jordanian navigator Ata Al-Hmoud with technical advice from Feghali. The pairing finished 10th and fourth in MERC 2 in Qatar in 2019 and Al-Rawahi finished as runner-up to Nasser Saleh Al-Attiyah in last year’s MERC.

The new FIA T4 category is now permitted on gravel rounds of the MERC and, subject to scrutineering checks, Qatar’s Khalid Al-Mohannadi (Polaris), Lebanon’s Jad Al-Aawar (Can-Am) and the talented Saudi driver Saleh Al-Saif (Can-Am) will give their lightweight vehicles an airing in the desert.

These cars are normally seen on cross-country events, such as the Dakar or the Qatar Cross-Country Rally, but are a welcome inclusion in the MERC.

Tomorrow (Friday) vehicles will be checked for compliance with FIA technical checks in scrutineering at Losail. Subject to conforming with the requirements, crews will then head to Katara for the start ceremony and opening super special stage. There will also be a National Rally category running behind the main event. 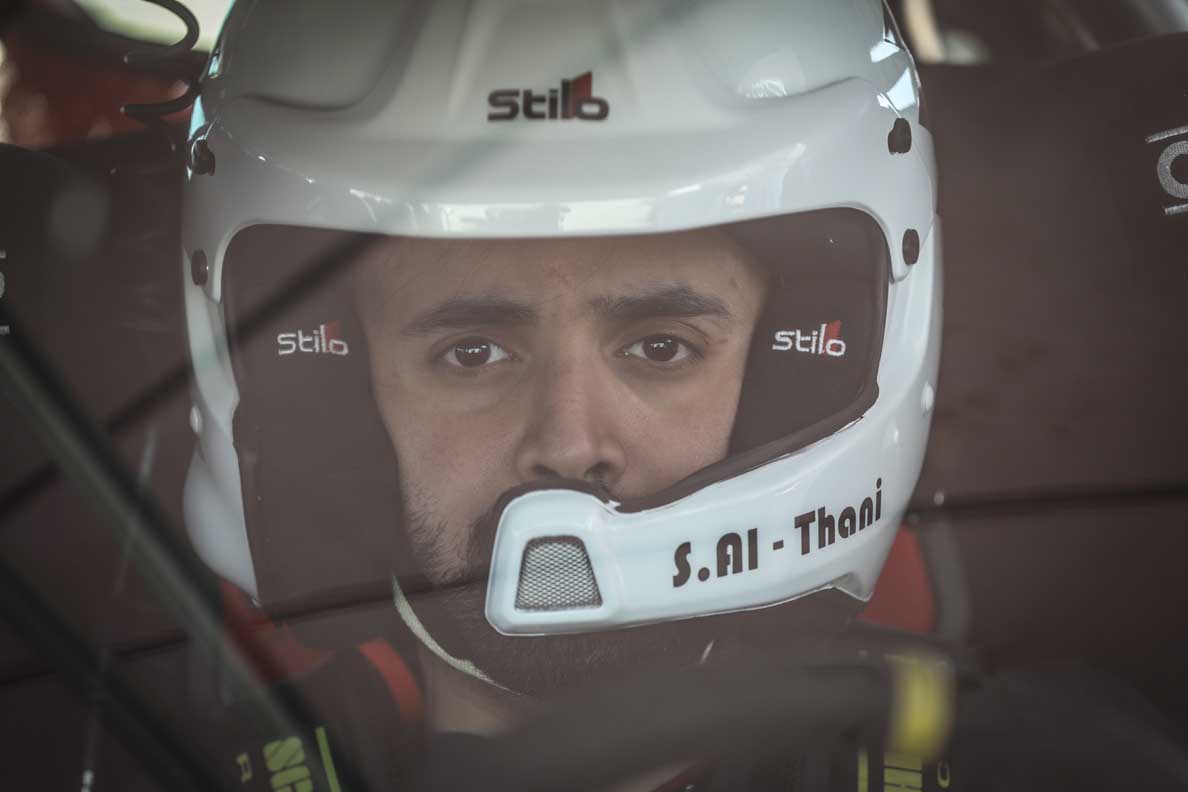 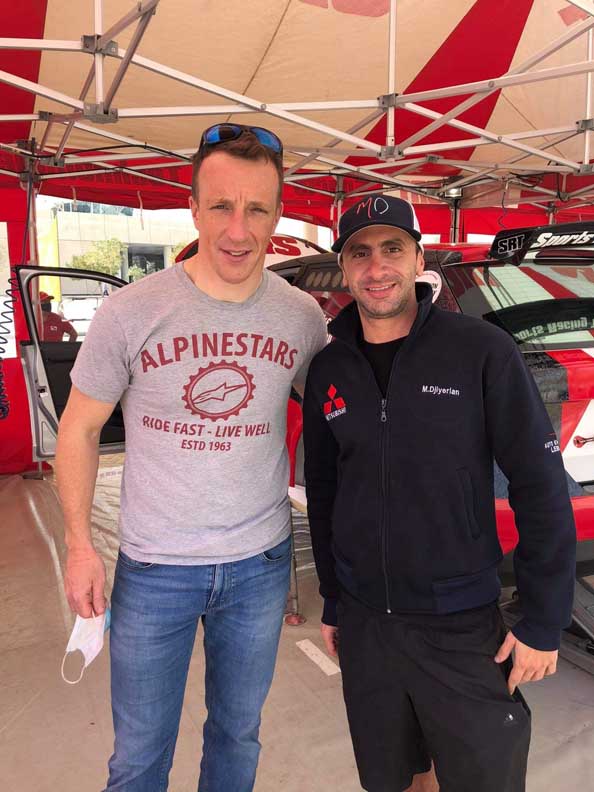