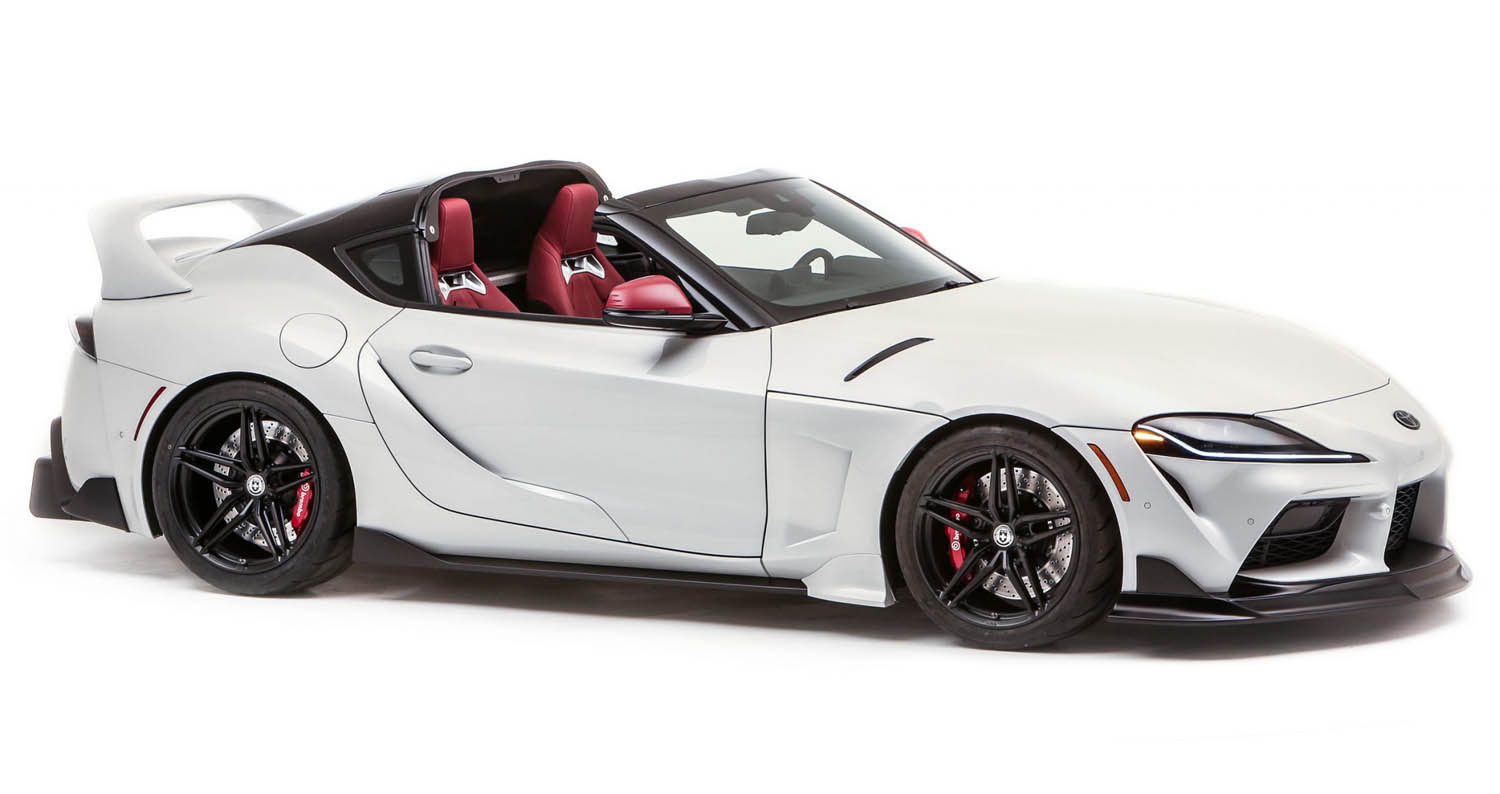 December 21, 2020 – As part of Toyota’s second wave of SEMA reveals, today the company unveiled the 2021 GR Supra Sport Top, a one-off homage to the removable top Supra models of the 1990s, and a companion to the wildly popular GR Supra Heritage Edition that rocked the SEMA Show last year.

With all the wrinkles 2020 brought forth, Toyota opted to use a two-wave reveal strategy for their SEMA builds. The automaker unveiled four builds in its first wave at SEMA360 on Nov. 2, 2020, and today the GR Supra Sport Top Edition breaks cover for the first time.

“We had such a great response to the Heritage Edition last year,” said Ed Laukes, Group Vice President – Toyota Marketing, “I asked the guys at our Motorsports Garage if we could take the Heritage Edition to the next level and make a Supra with that removable roof everyone remembers from the MKIV?’”

Lead builder, Marty Schwerter, and his team jumped at the chance, and started conceptualizing the GR Supra Sport Top. The result is a prototype open-air creation based on the GR Supra Heritage Edition with similar visual cues and performance upgrades, but with a removable roof to let the sunshine in.

“Toyota really wanted to have a companion to the Heritage Edition. But, this was no easy build, and we put a lot of thought into cutting the roof and removing a significant part of the car’s structure,” Schwerter said. “It was way more complicated than we originally thought. Removing the top was extremely tough and required some innovative work to retain the GR Supra’s rigidity. I love how it came out, and I hope others love it, too.”

KC Mathieu, owner of KC’s Paint Shop in Fort Worth, Texas, led the roof removal work. “The steel was a little harder to cut through than we expected,” said Mathieu. “We started with an air saw, and got nowhere real fast.” Though concerned that after 30 minutes they had only cut about an inch of steel, KC then switched gears and tried a different cutting tool. After some time, the metal of the roof really started to yield, and eventually the surgery would be a success.

The roof design features two composite panels 3D printed by Toyota Motor North America Research and Development in Ann Arbor, Michigan. The roof panels were contoured to the GR Supra’s body lines and the car retains the windshield header and the driver’s and passenger’s side outer roof body structure shapes. To maintain structural integrity, the team reinforced the roof’s outer body structures and added reinforcement underneath from the engine bay to the back of the tub.

With an opportunity to take a new look at some of the Heritage Edition’s custom upgrades, the team worked on making the hand-built rear diffuser and underbody airflow more efficient. They also reworked the exhaust and created a new custom setup featuring dual pipes in the center of the rear fascia. Of course the iconic MKIV rear basket handle wing was also integrated into the decklid, while round taillights complete the MKIV rear treatment. KC’s Paint Shop did the final body work and applied numerous coats of BASF paint mixed to exactly match the OEM GR Supra color Absolute Zero white, creating a strikingly flawless finish. The GR Supra Sport Top Edition and GR Supra Heritage Edition share many of the same custom upgrades but both are visually unique and fitting tributes to past Supra models. 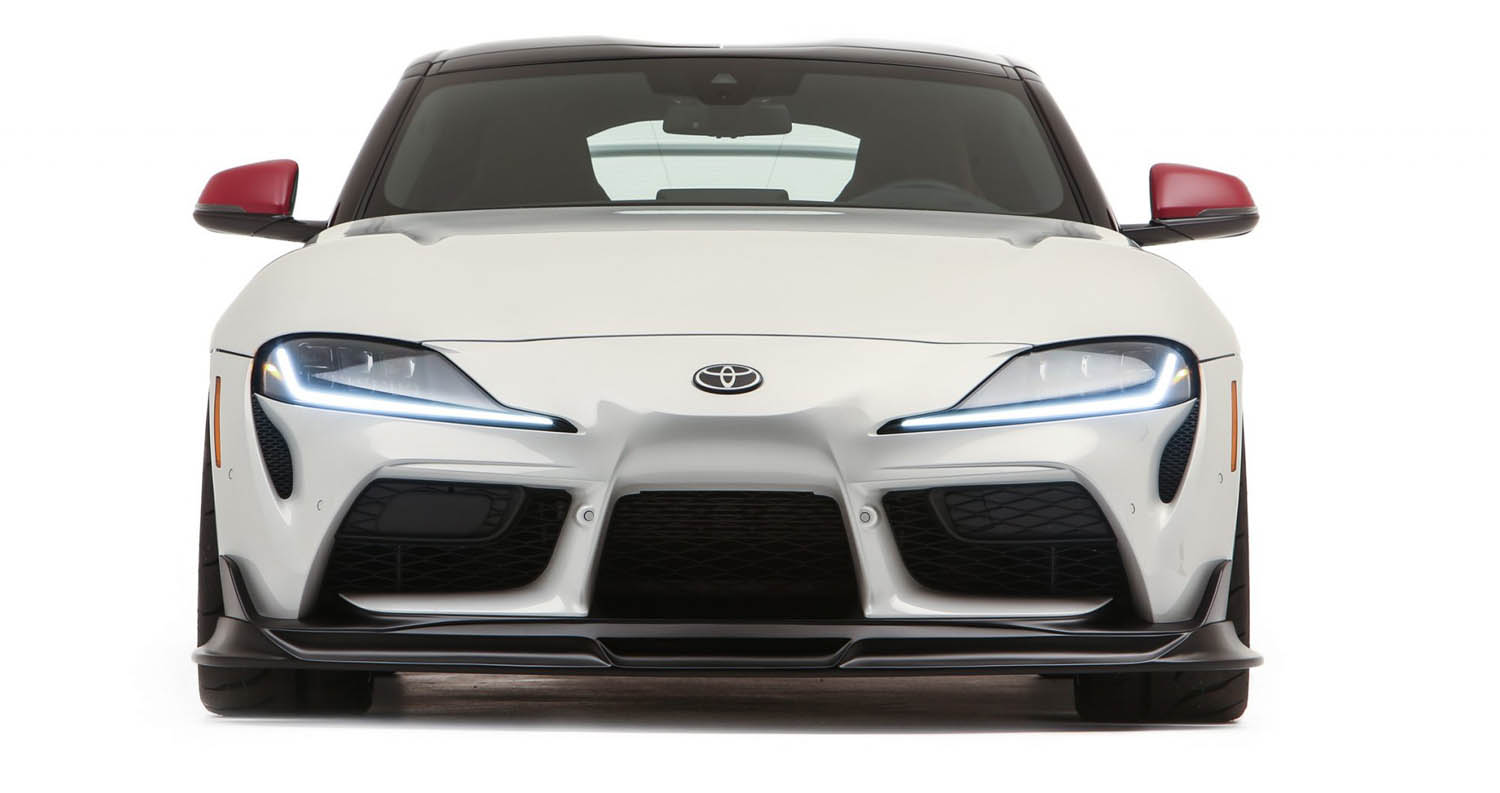 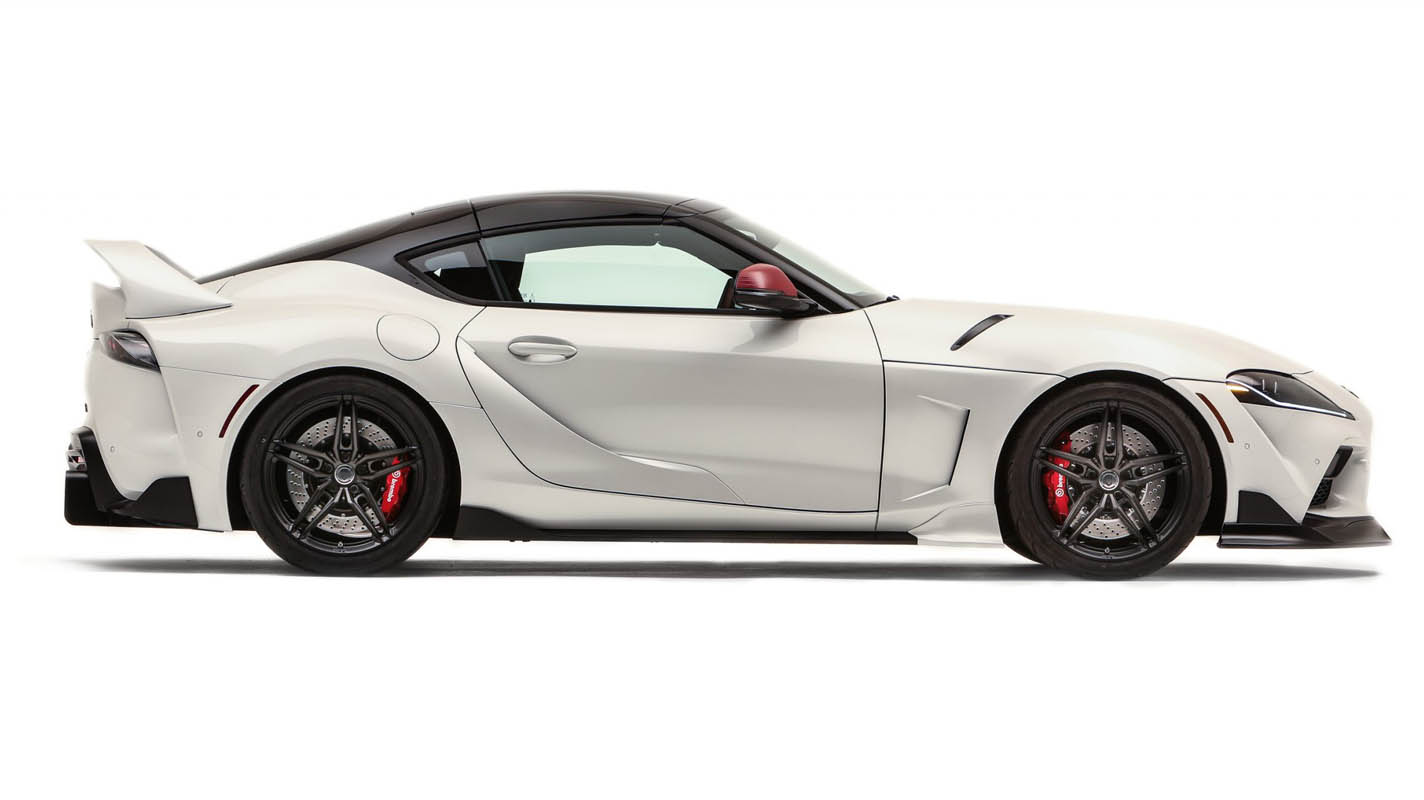 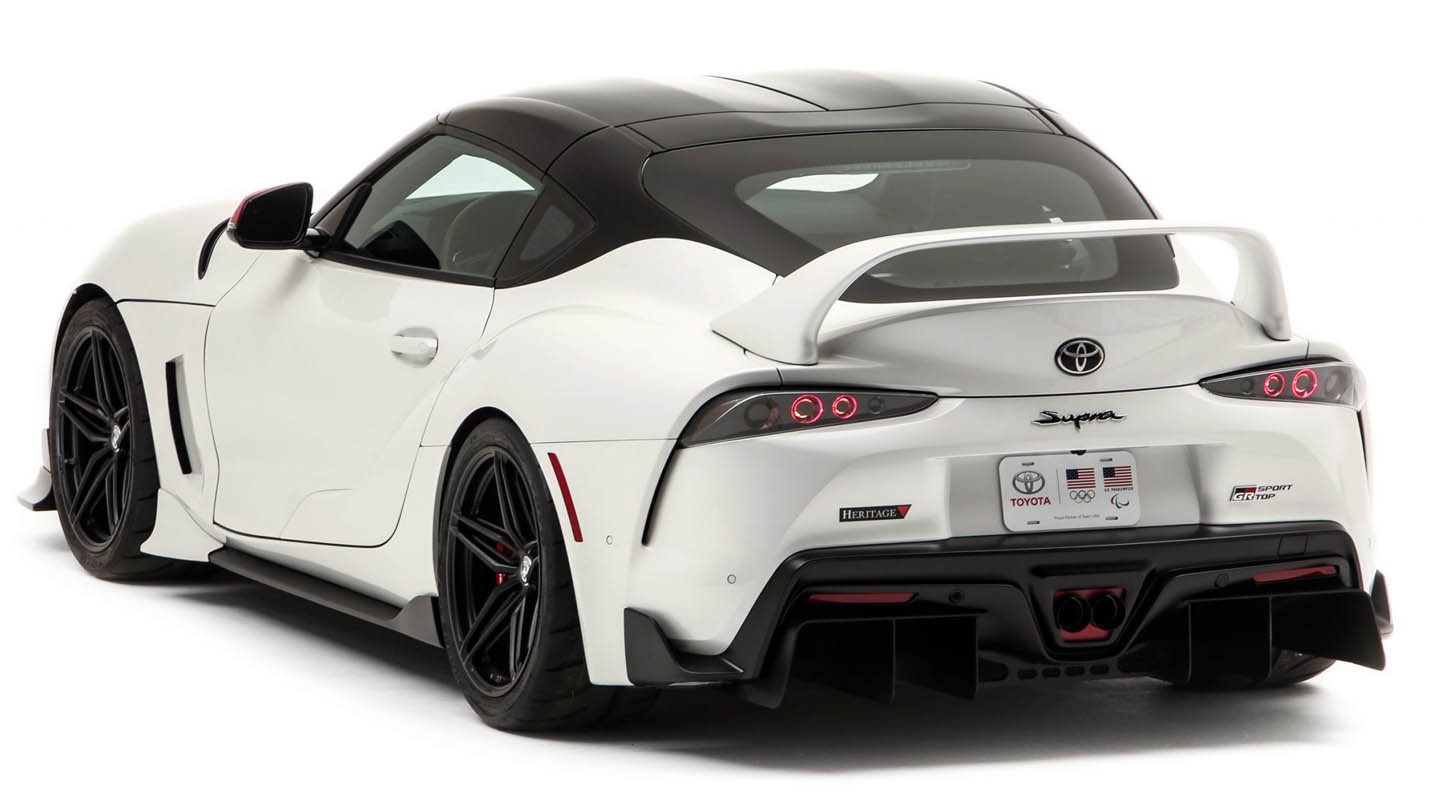 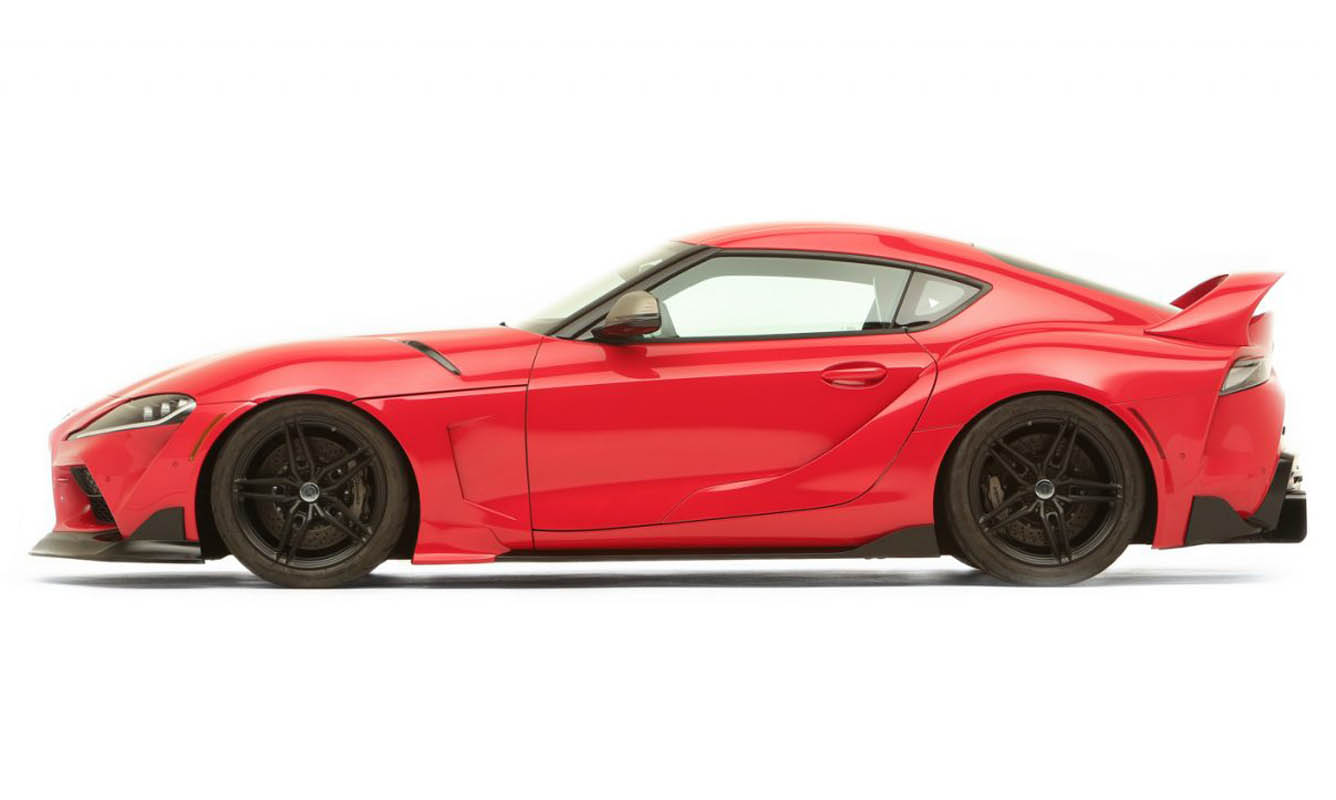 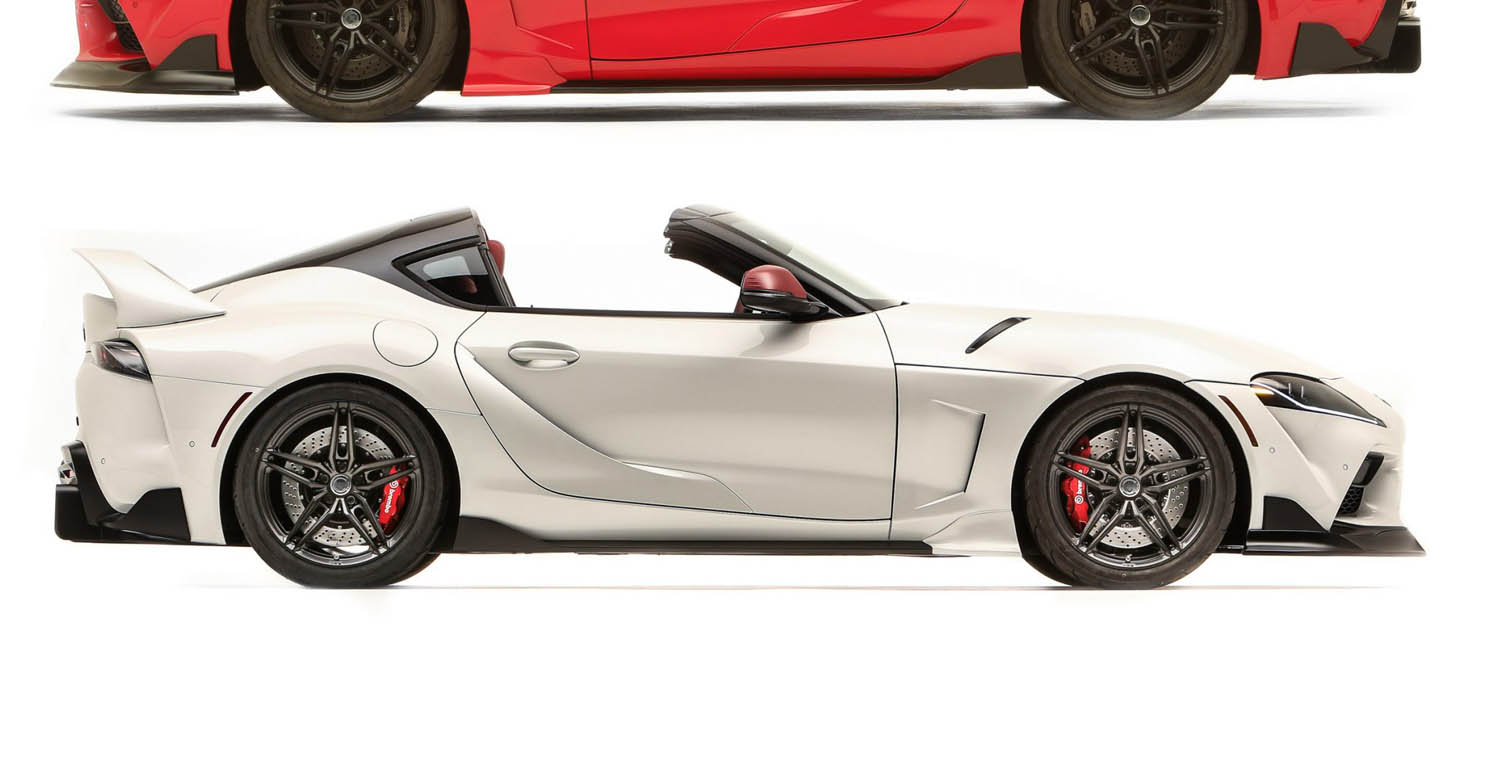 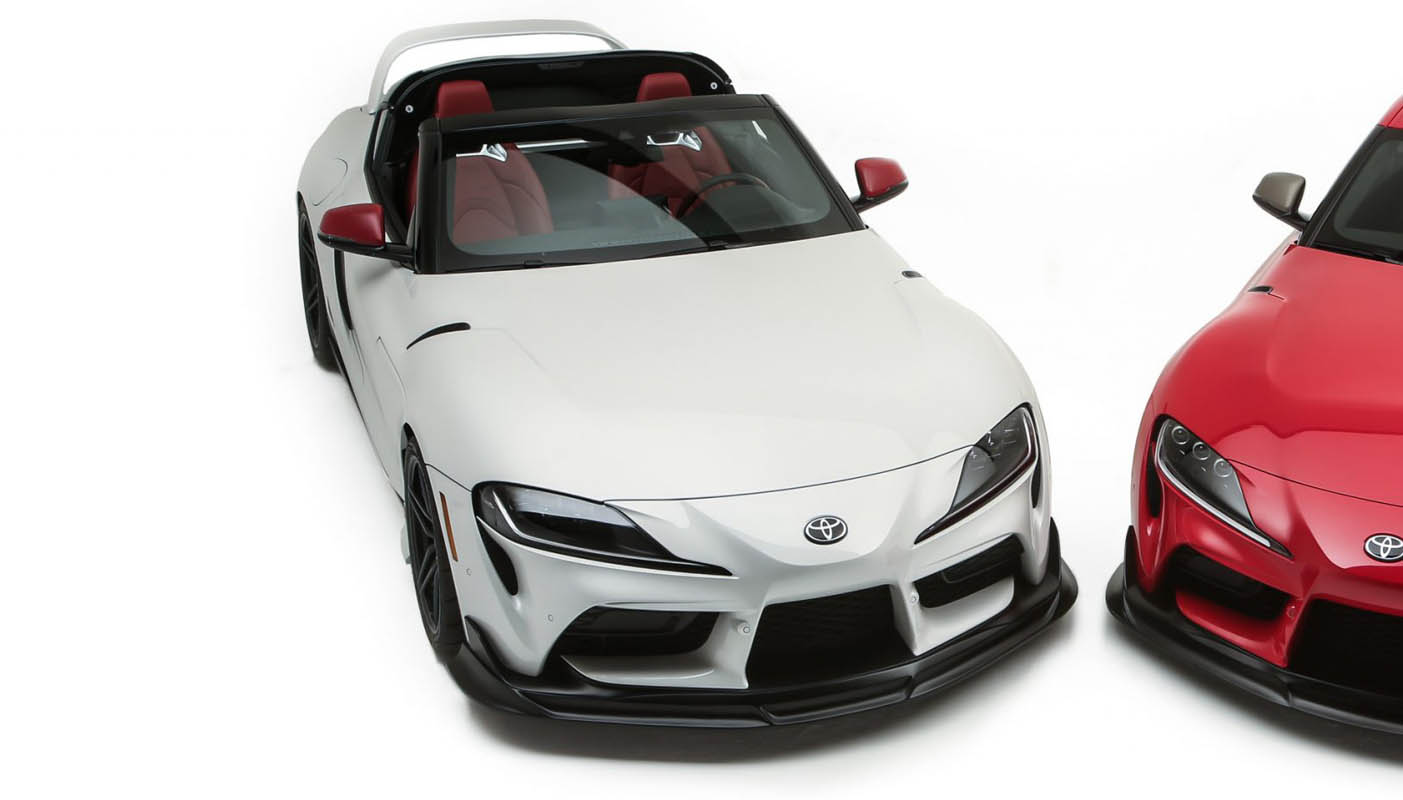 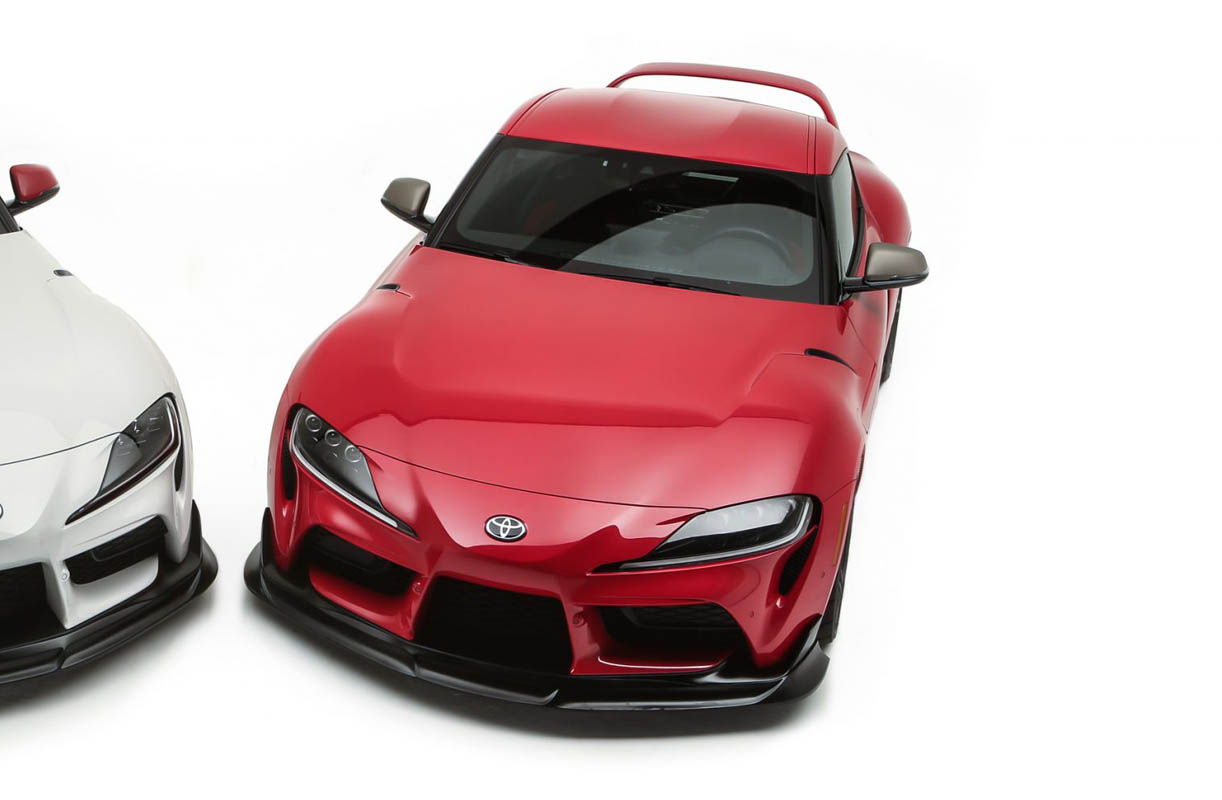 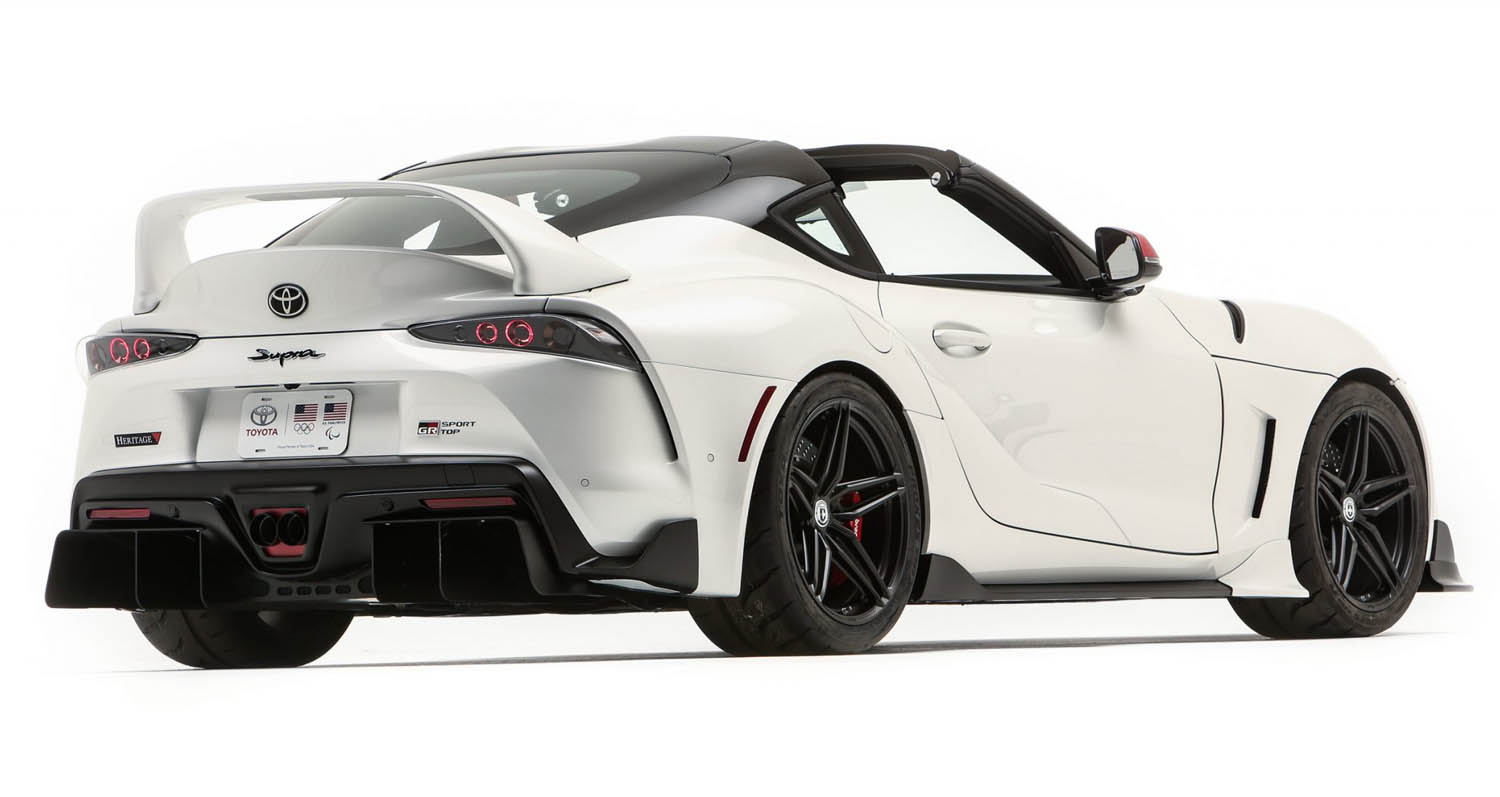 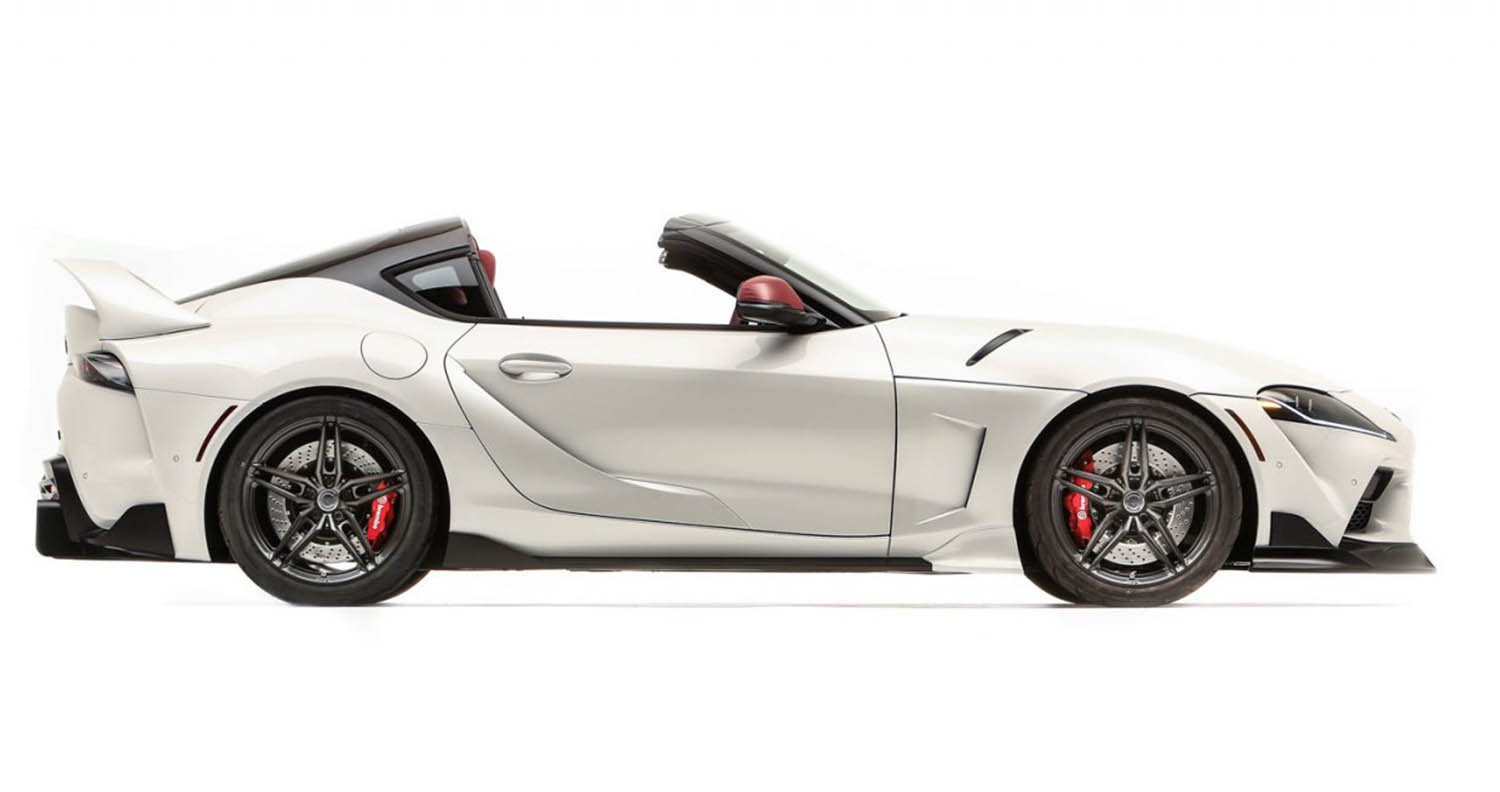 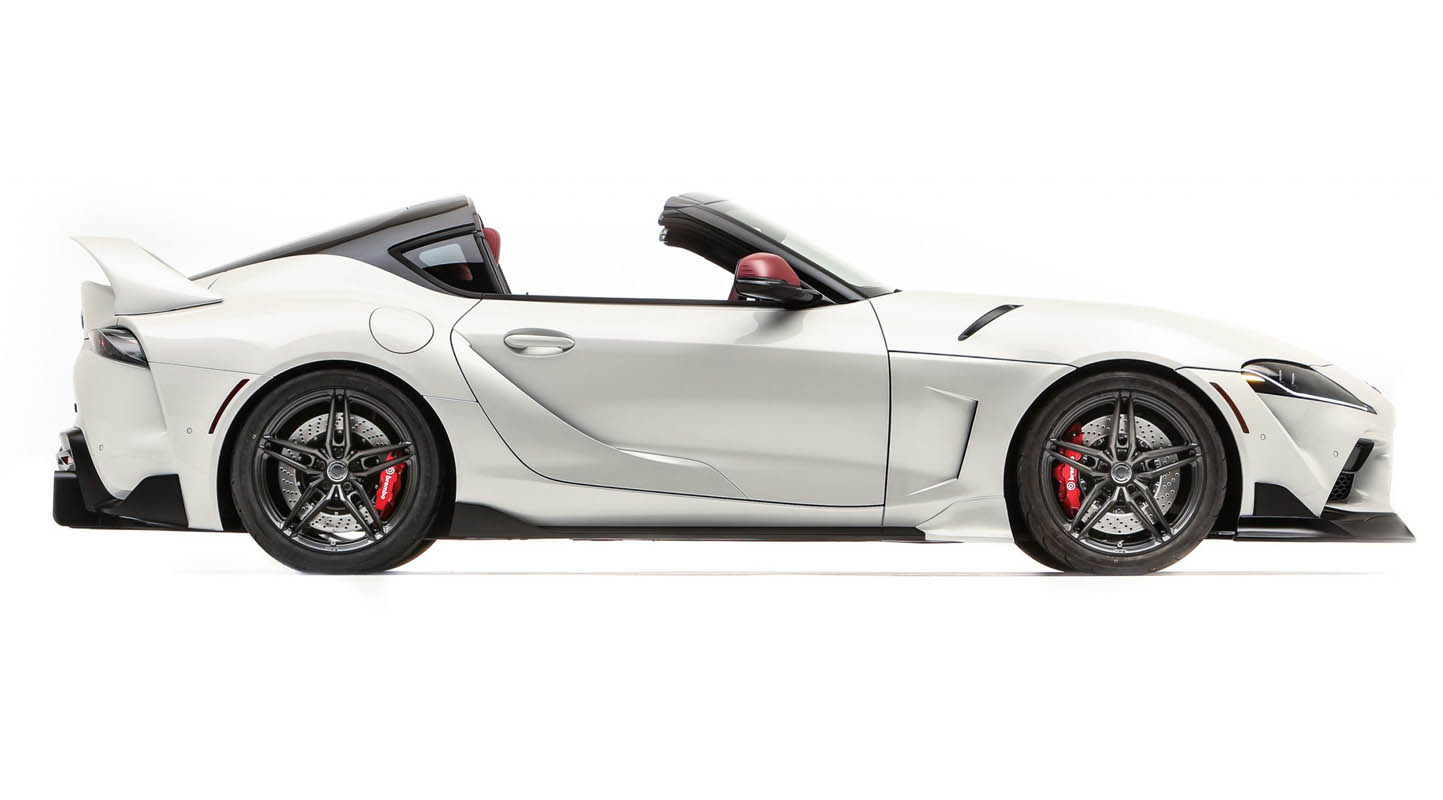 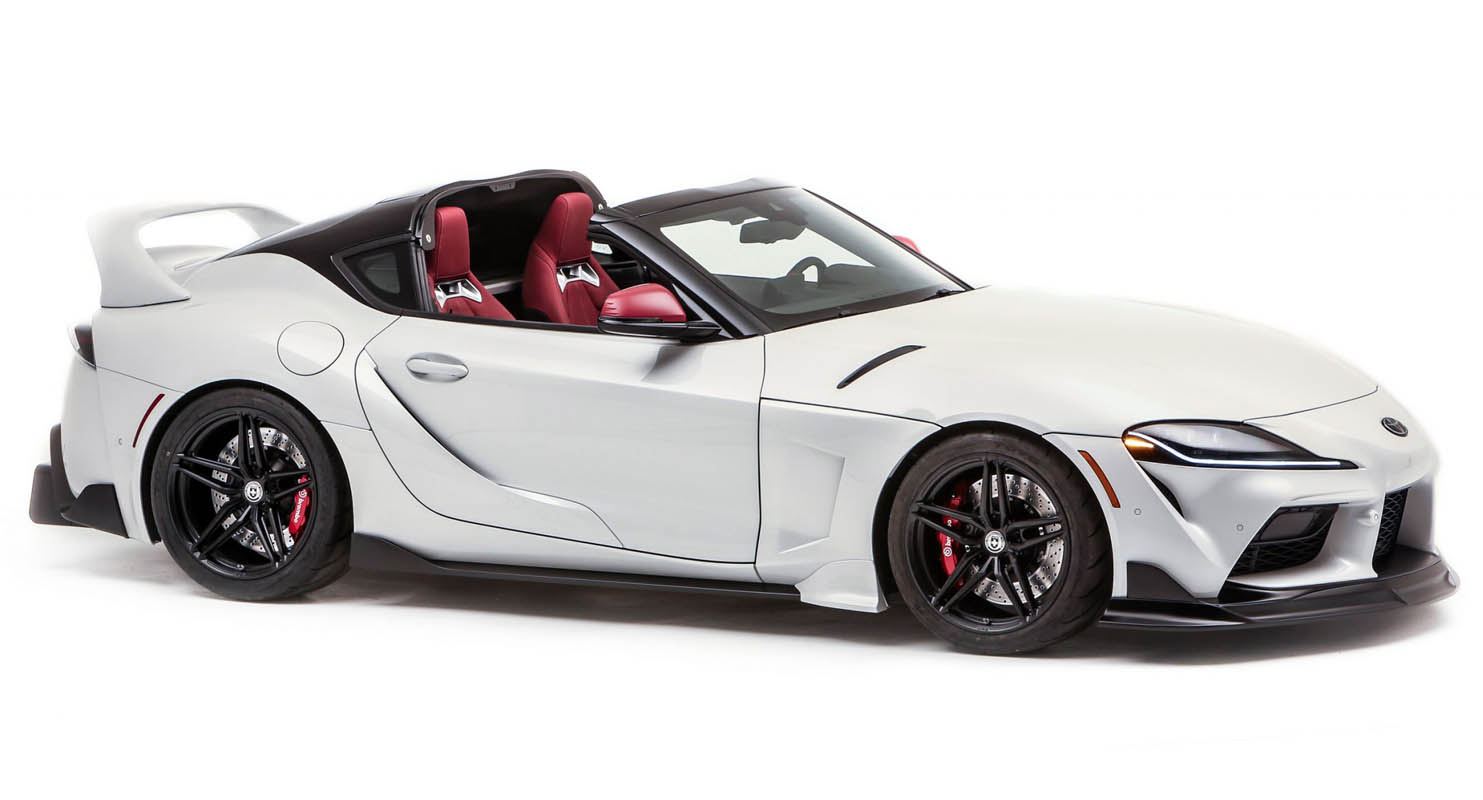 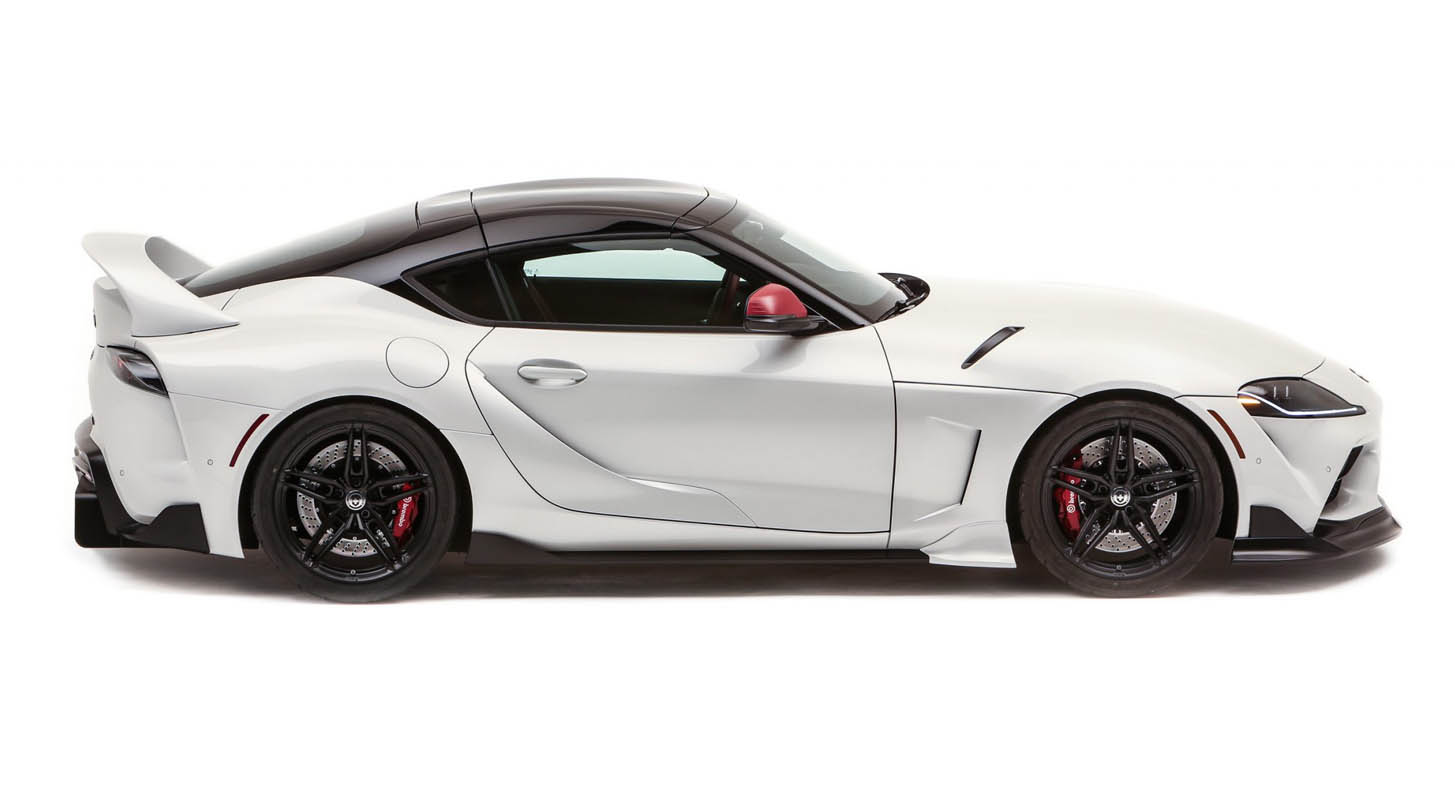 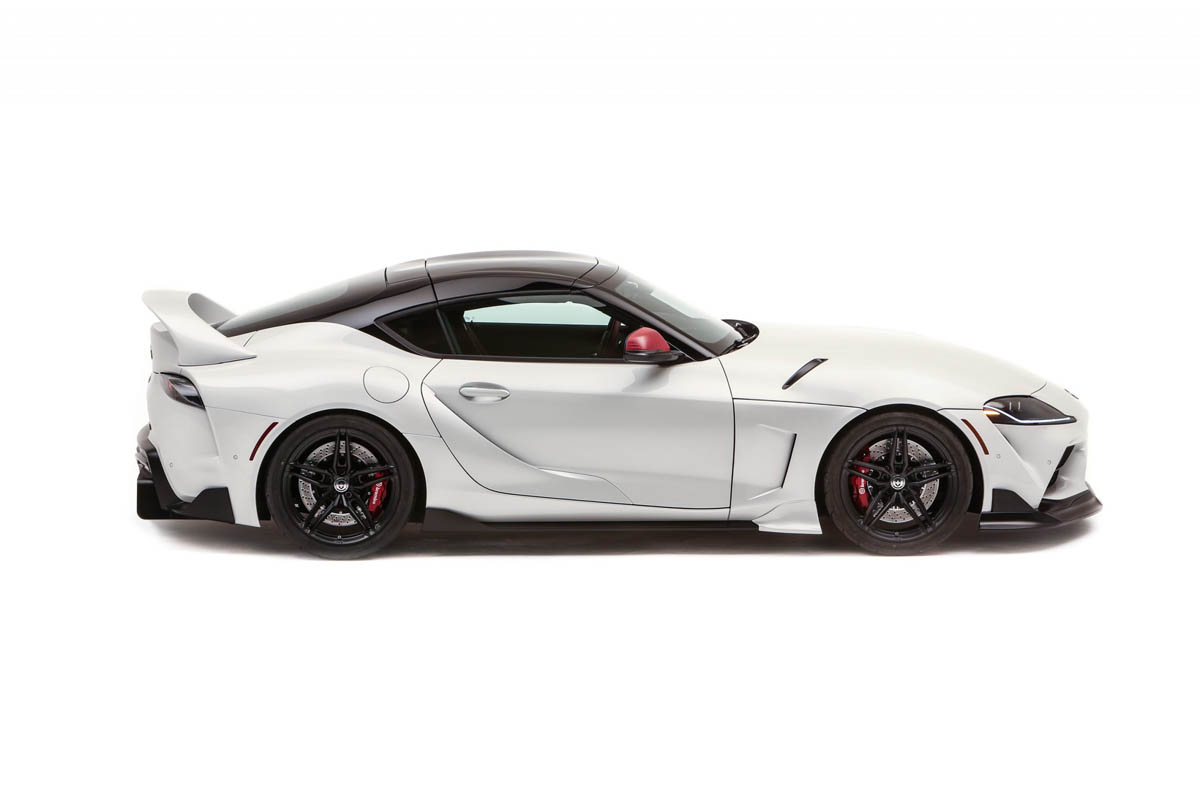 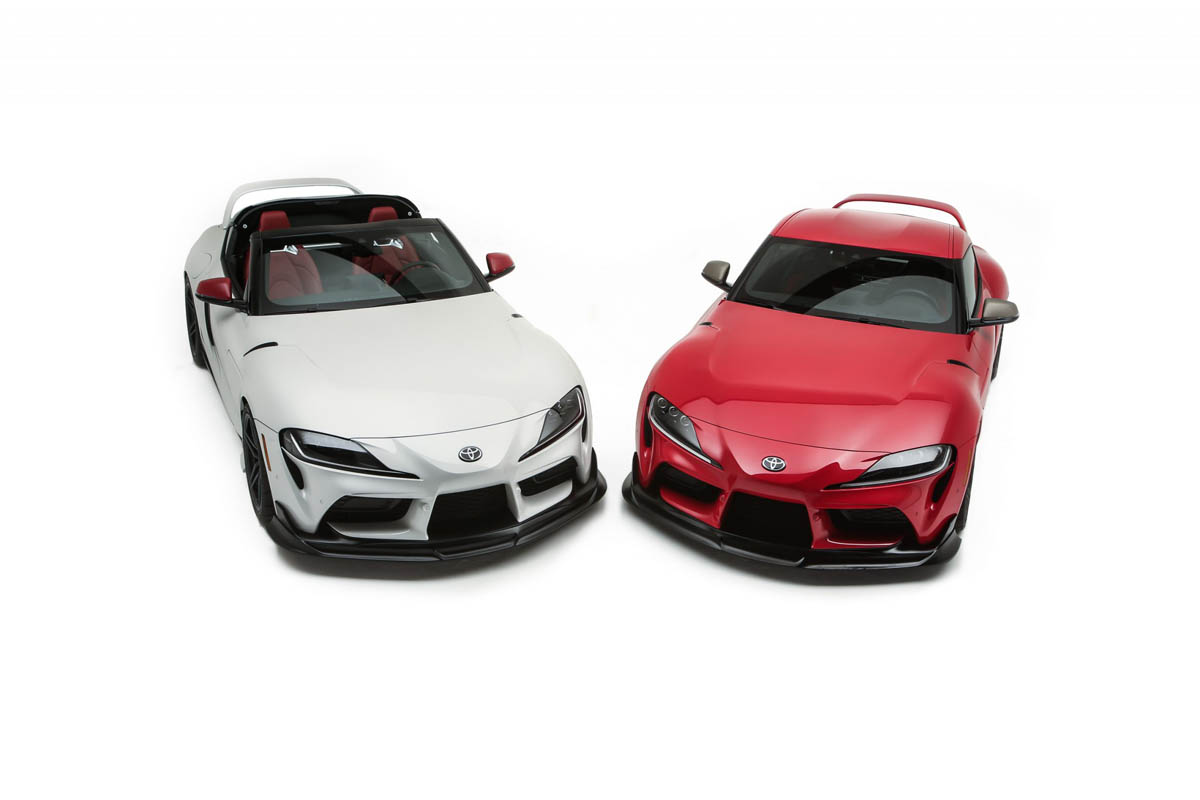 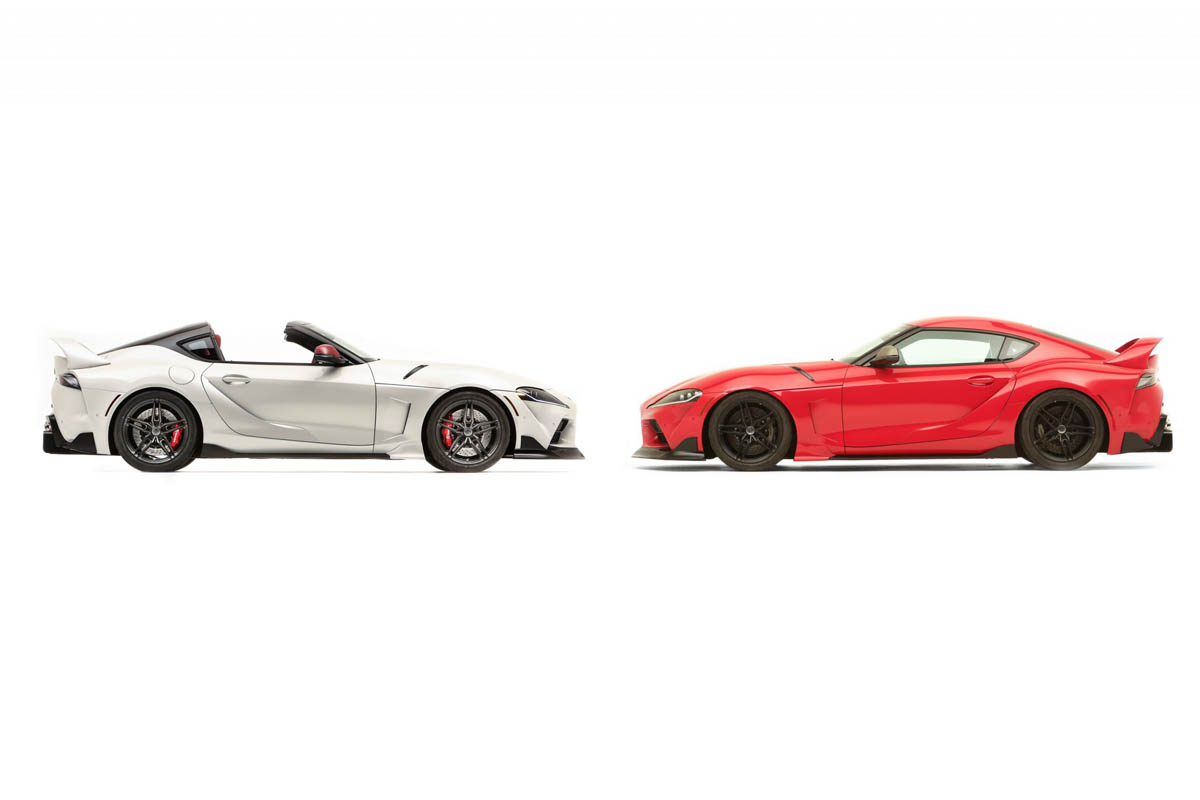 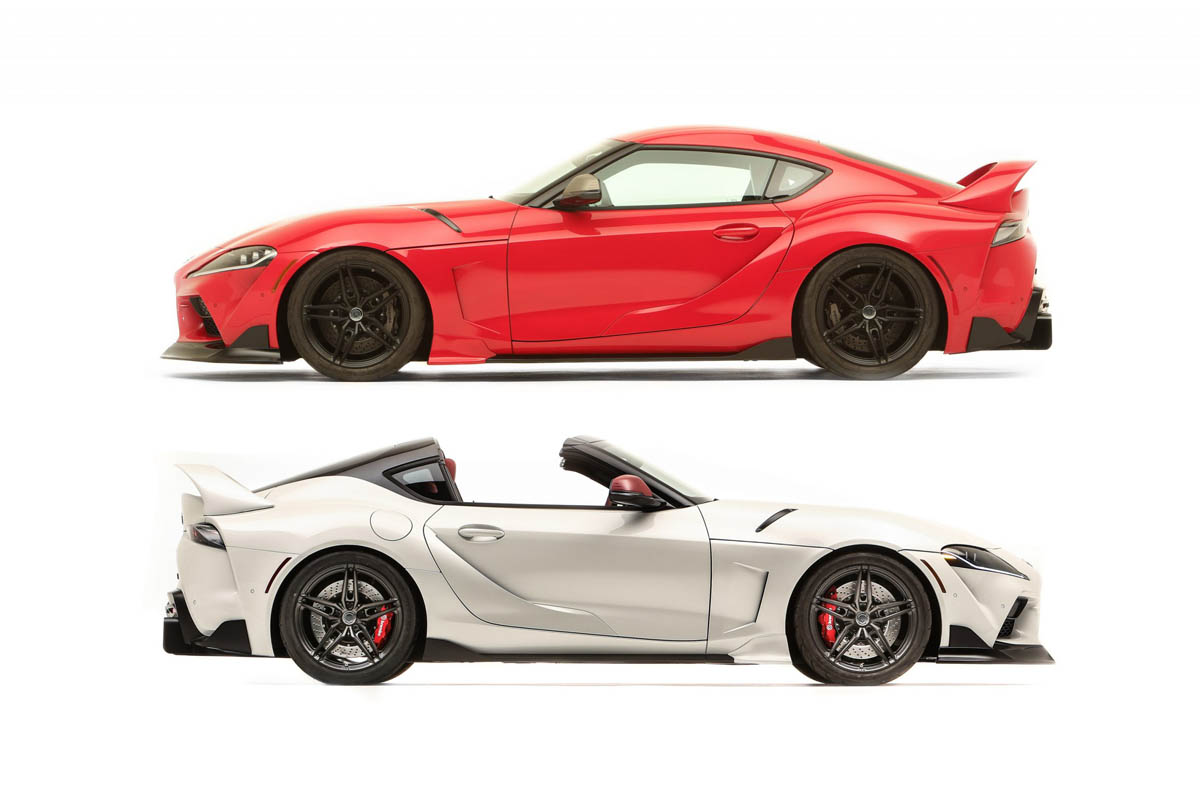 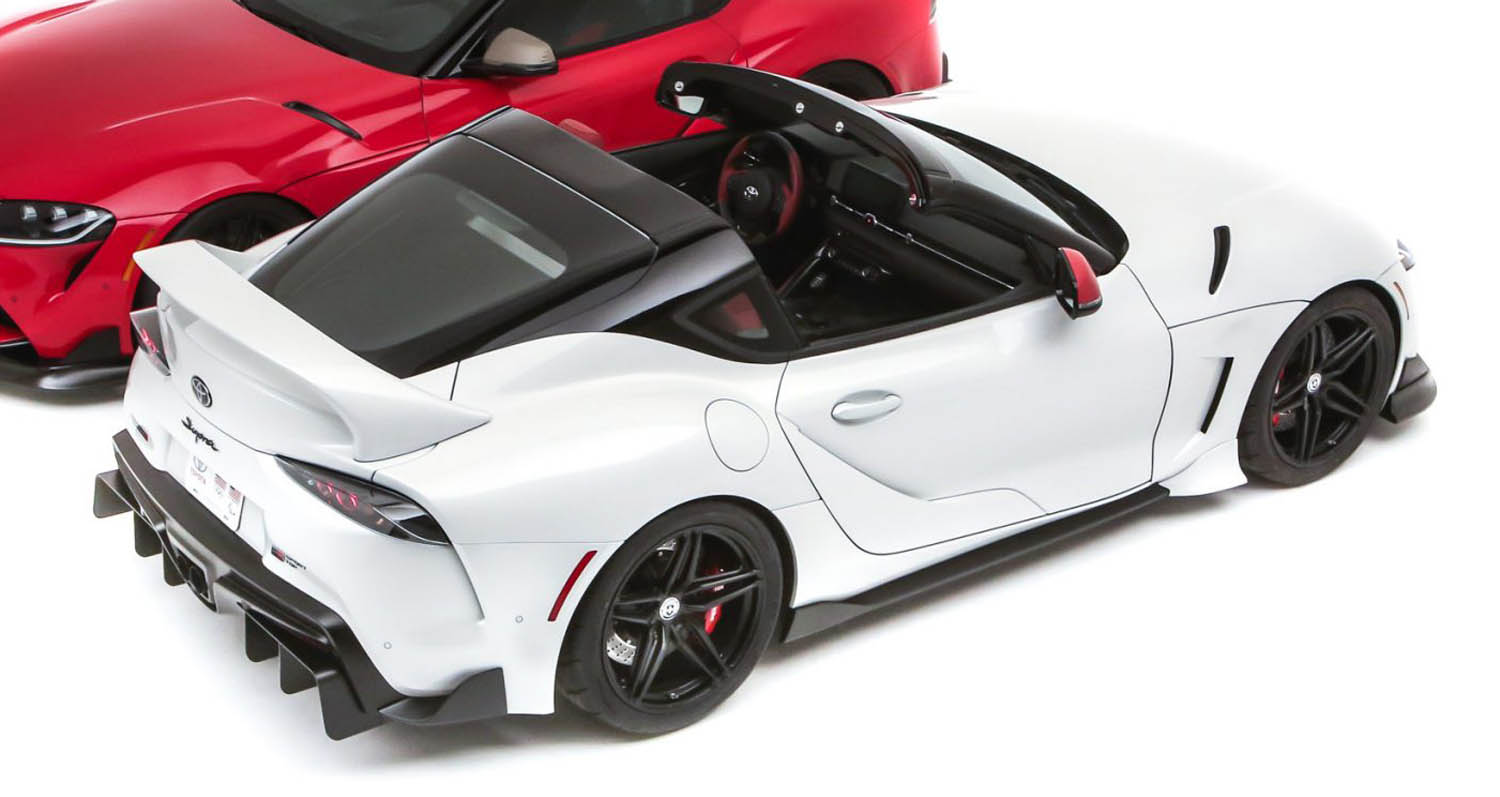 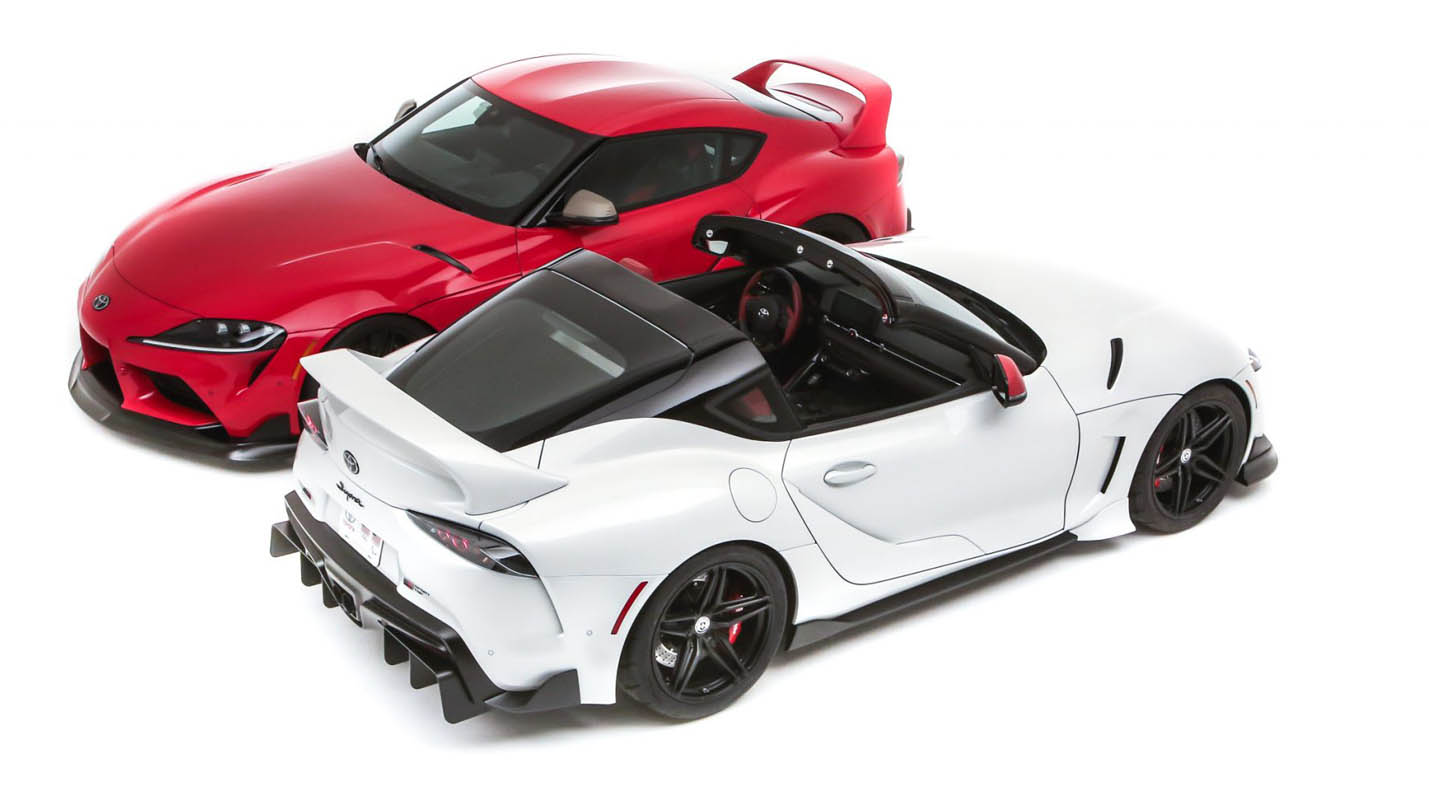 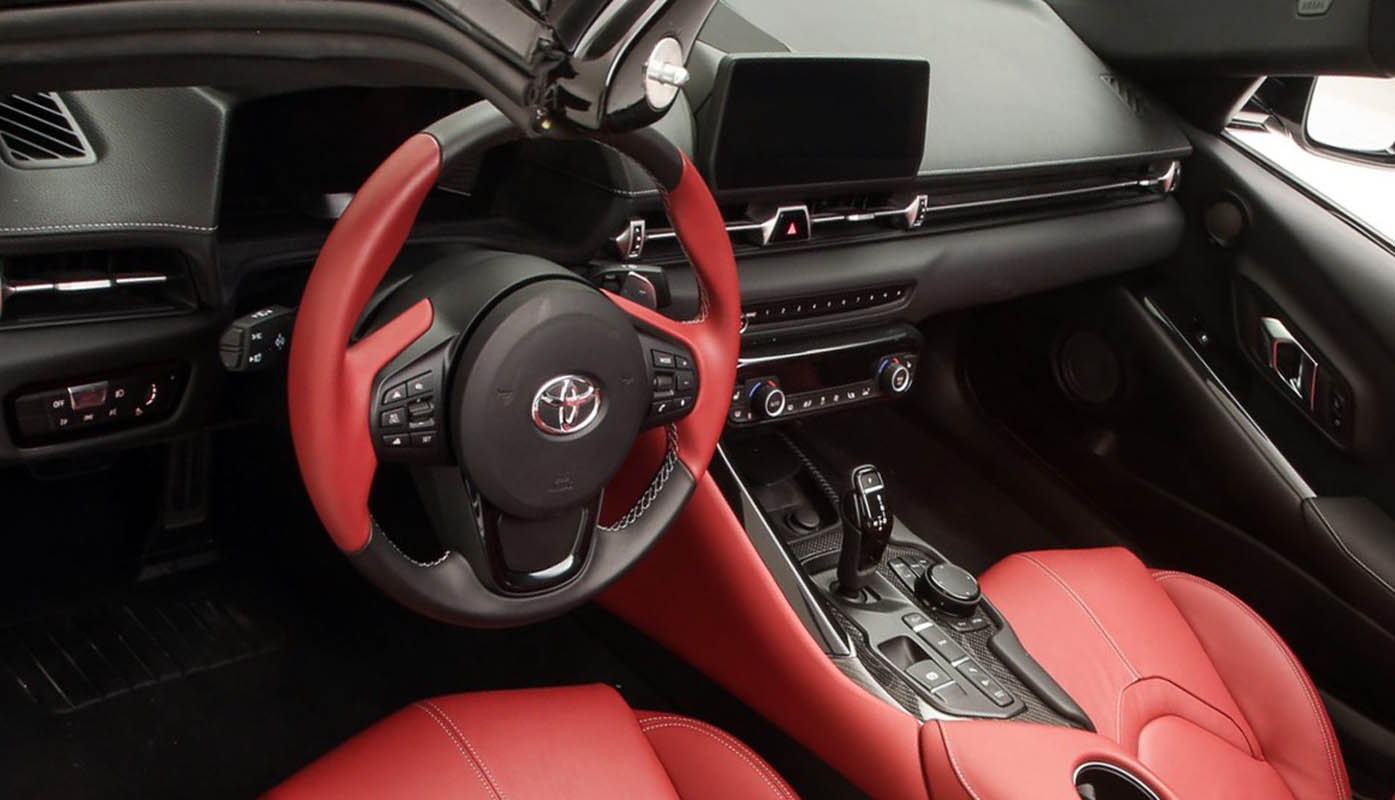 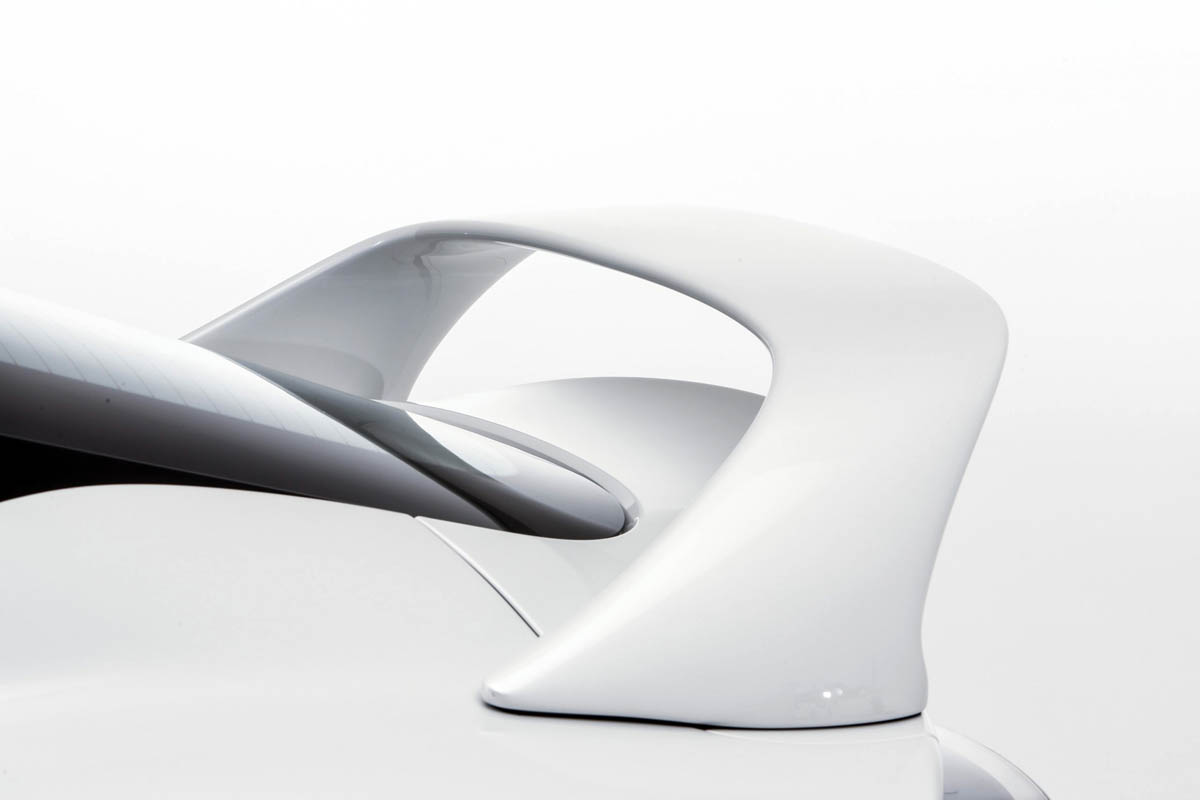 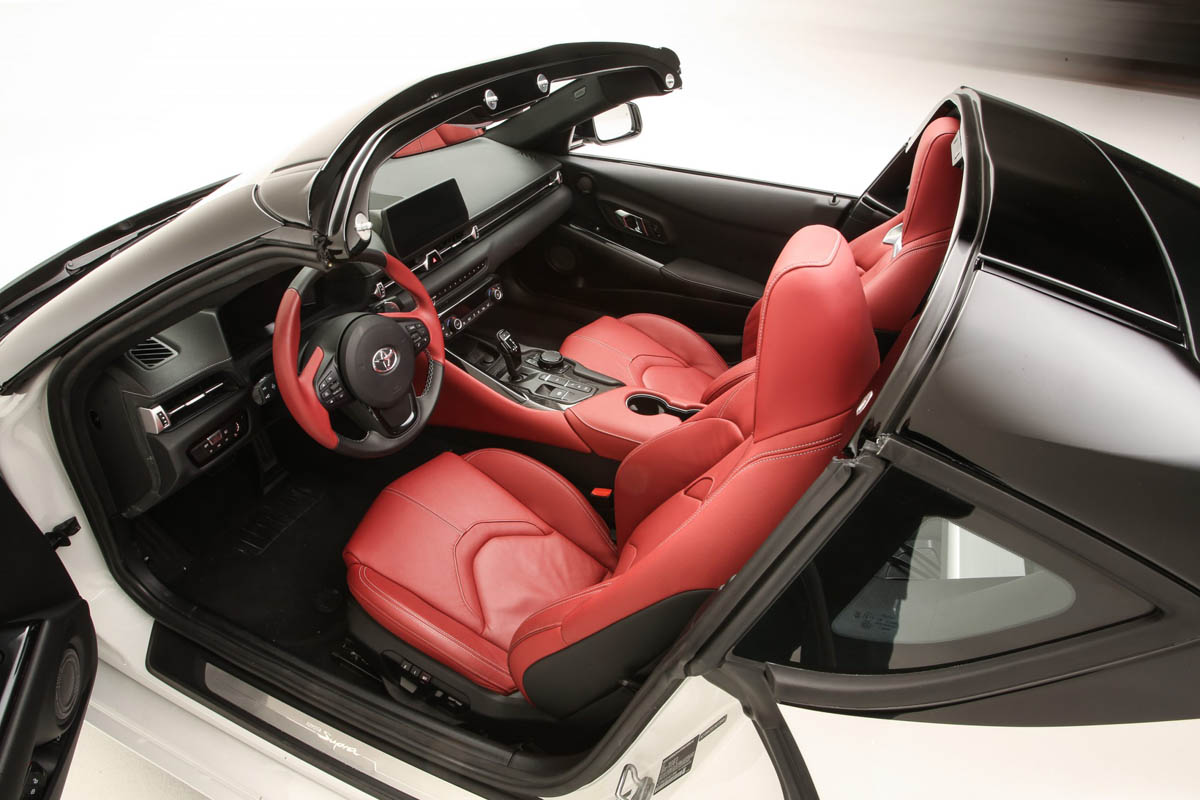