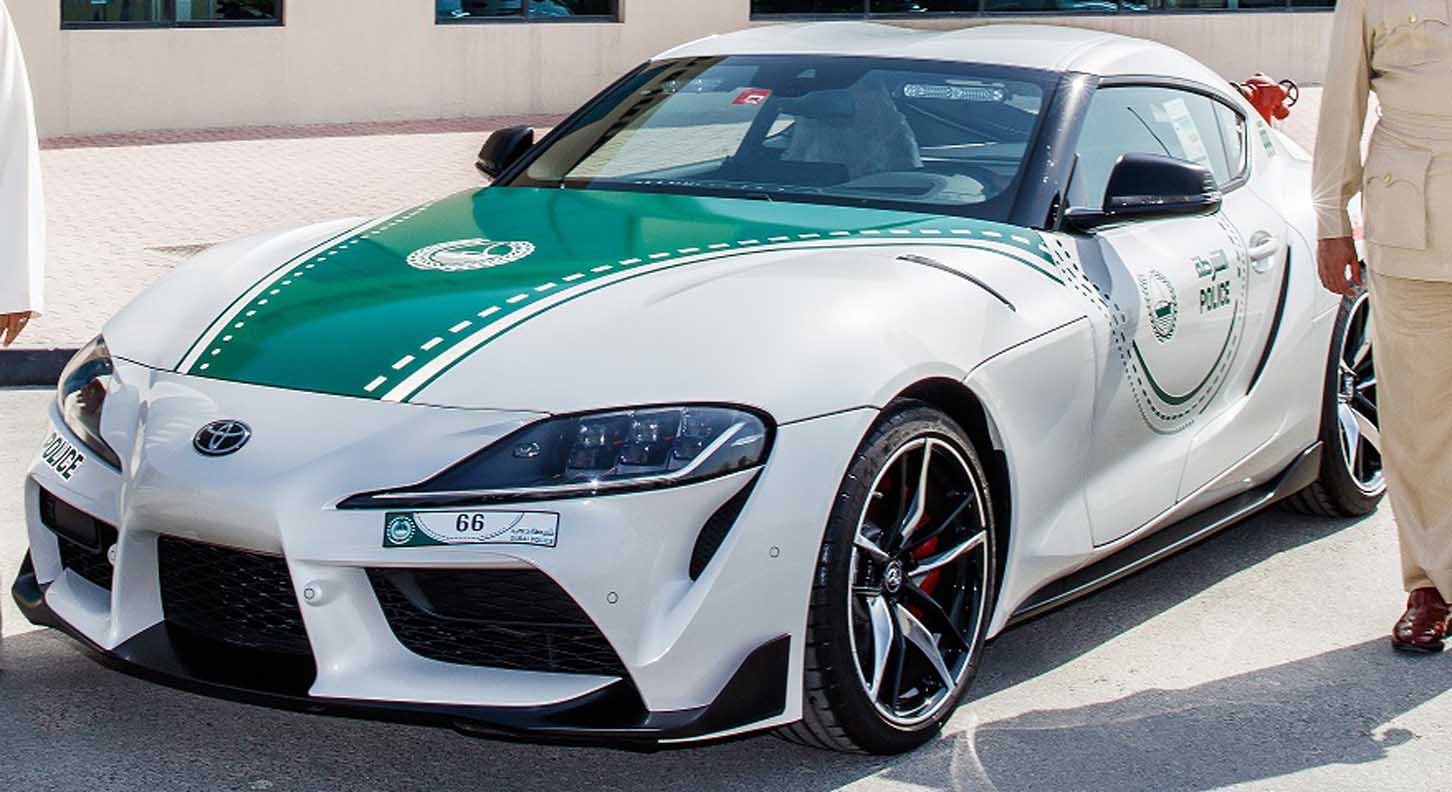 Dubai Police has recently acquired the legendary Toyota Supra to be added to its globally acclaimed super car fleet. The inclusion of the 2021 GR Supra in the awe inspiring fleet, which is used to promote the Dubai Police both locally and internationally, reinforces its position as one of the most sought after sportscars since its return after a 17-year wait.

The Supra was provided by Al-Futtaim Automotive, the exclusive distributor of Toyota in the UAE, and a long-term partner of Dubai Police.

Living up to the heady expectations of some of the world’s most devoted enthusiasts, the Supra with a 3.0L powerhouse hits the 100km/h mark in just 4.1 seconds and easily accelerates to an electronically limited top speed of 250km/h. At the heart of this beast is a longitudinally-mounted, in-line turbocharged six-cylinder engine with an 8-speed automatic transmission.

The handover took place in the presence of Brig. Dr. Mohamed Al Razooqi, General Director – General Department of Transport & Rescue at Dubai Police and Yousuf Al Raeesi, Director of Gov’t Affairs & HSSE at Al-Futtaim Motors, along with other senior officials from both organisations.

Brig. Dr. Mohamed Al Razooqi, General Director – General Department of Transport & Rescue at Dubai Police said: “The increase of high powered supercars to the department’s fleet is due to the positive feedback from the citizens and media.

We are constantly looking for ways to connect with the public. We’re not trying to show off with these cars, even though the Supra is quite the head-turner, rather we want to show both tourists and residents alike how friendly the police are across the city.”

Dubai Police has a long-term partnership with Al-Futtaim Toyota, currently using the Toyota Fortuner, Prado and FJ Cruiser as part of its standard fleet, in line with the brand’s heritage of transporting people with the highest safety and security standards and peace of mind. 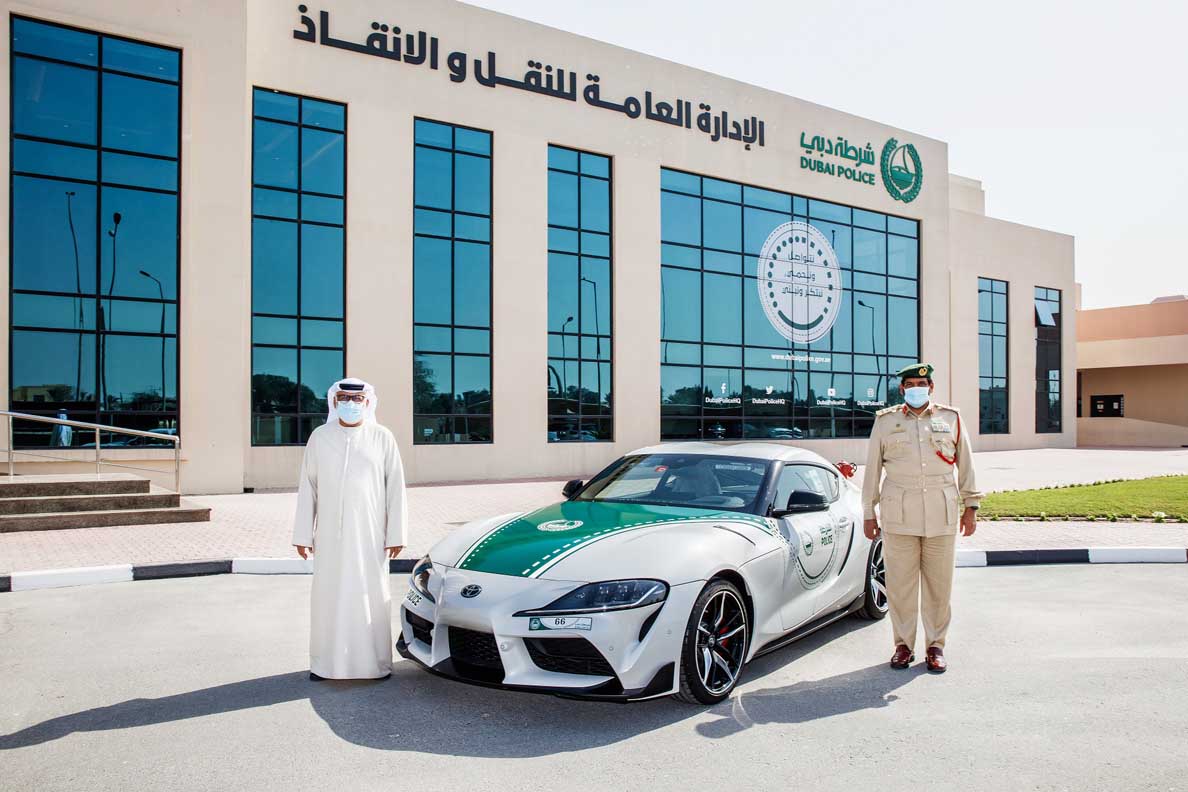 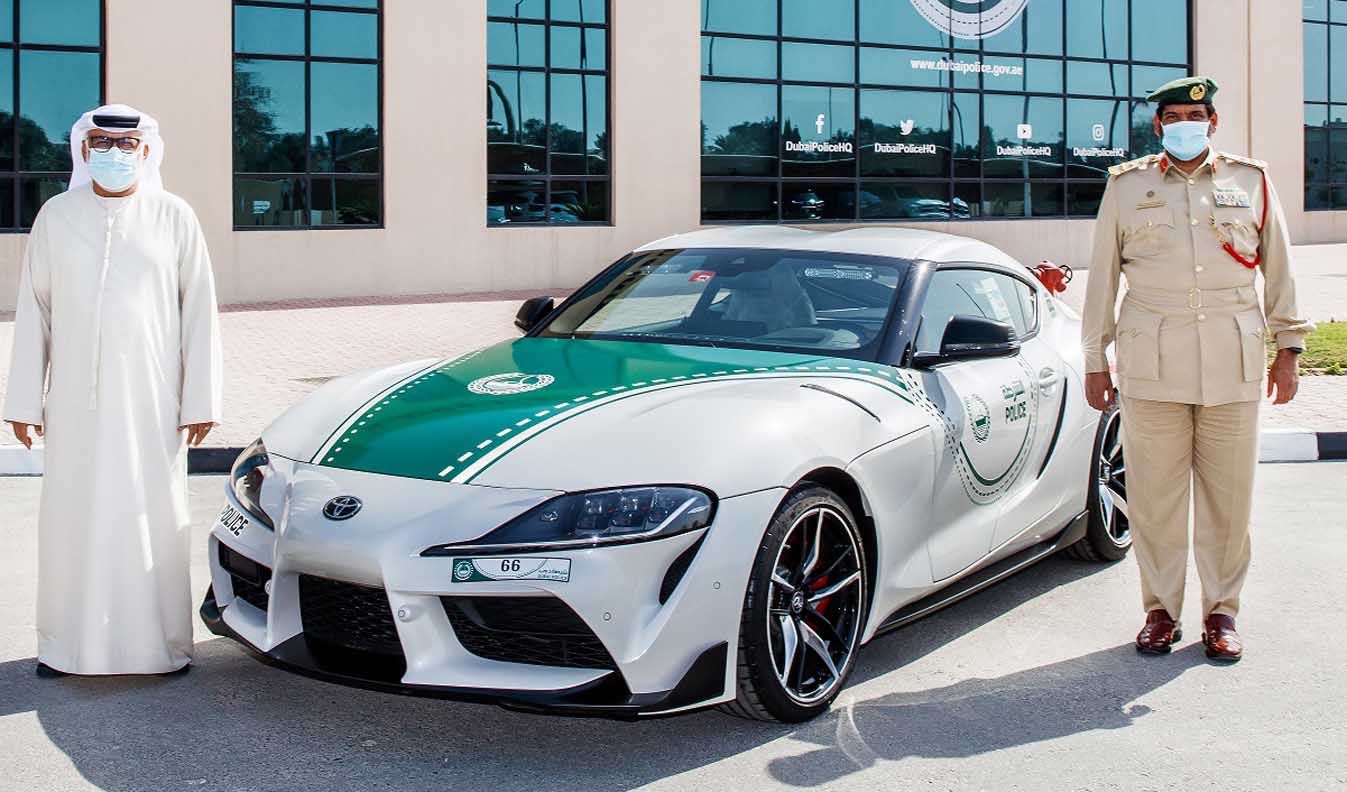