All Systems Go For 2021 FIA Regional Rally Series In Qatar 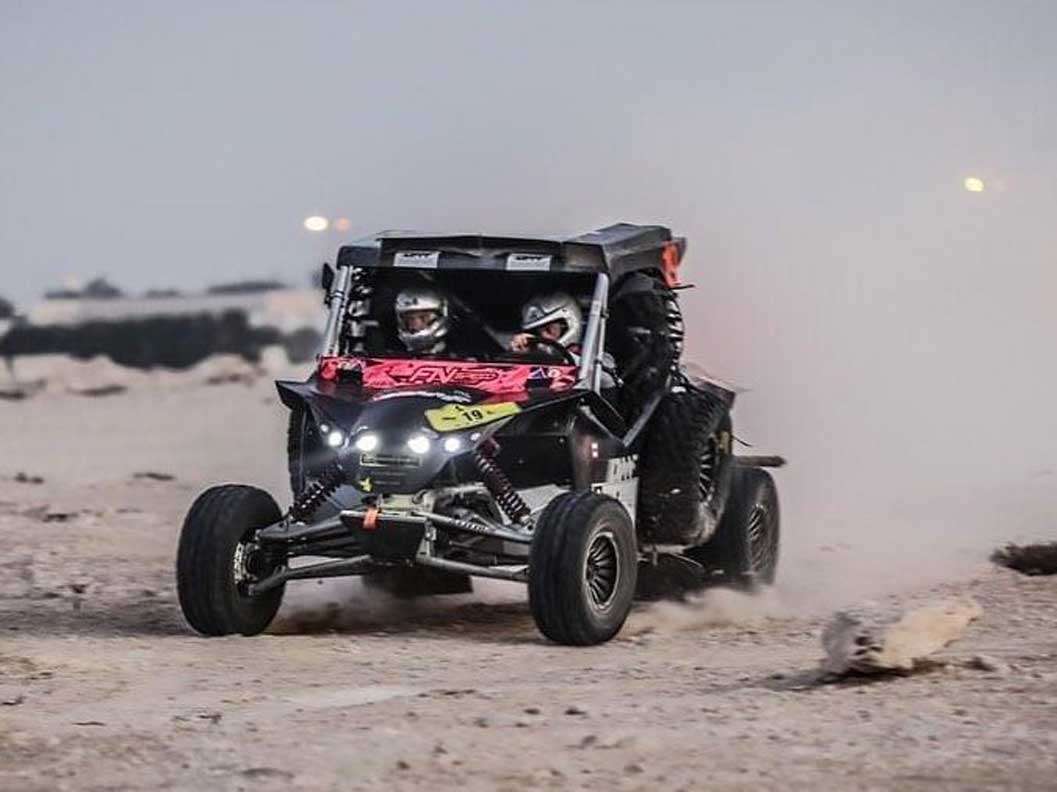 Taking place in unprecedented times, one of the region’s most famous motor sporting events has been put together under rigid Covid-19 safety guidelines and the Qatar Motor and Motorcycle Federation (QMMF) has laid on a challenging route through the northern deserts.

Competitors passed their scrutineering and technical checks for FIA homologation compliance on Friday morning at the Losail Sports Centre. They were also joined by a group of drivers entered in lightweight prototype vehicles in a T3 class that is permitted to take part in the FIA World Cup for Cross-Country Rallies.

The FIA T3 category is not permitted to enter MERC rounds, however, and these drivers will run in a separate Qatar National Rally category behind the main field in their uprated Can-Am and Polaris derivatives.

The FIA has, however, permitted the use of FIA T4 vehicles this season on the gravel rounds of the MERC in Qatar, Oman, Jordan, Cyprus and Kuwait. They don’t have the performance or tuning enhancements of their T3 stable mates but featured strongly at the recent Dakar Rally.

Normally associated with battling the elements and the toughest off-road terrain in the world, these durable windshield-less vehicles will be an interesting spectacle on shorter special stages that feature in the MERC.

Ulsterman Kris Meeke was competing in the SSV T3 section at the Dakar for the first time and he is one of the front-runners for outright victory this weekend in a conventional R5 version of the Škoda Fabia. Saudi Arabia’s Saleh Al-Saif was a Dakar front-runner for several days in the SSV T4 category and he has travelled to Qatar to compete at the rear of the international field.

Al-Saif is one of the better-known drivers on the Middle East cross-country scene and set some superb stage times on the Dakar Rally. Last year he also won the T3 category at the Ha’il International Rally in February and topped the podium in both Ha’il Bajas in December. 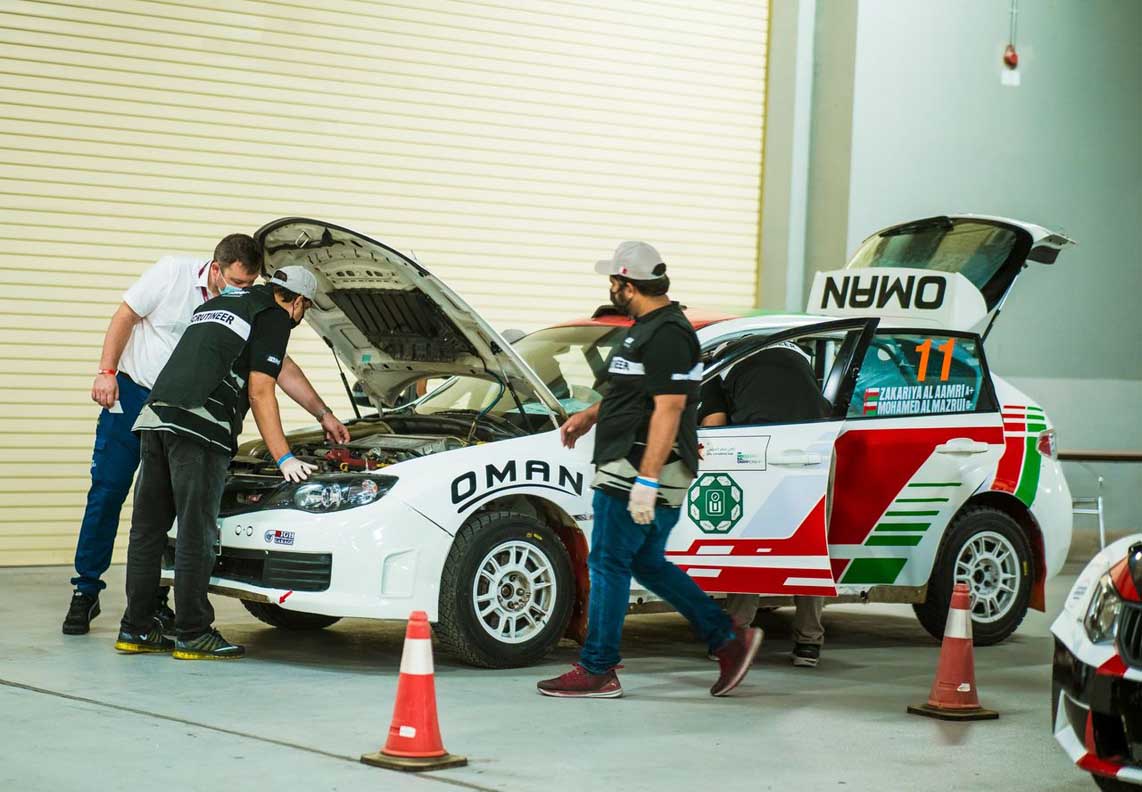 His co-driver is the Spaniard Oriol Vidal, who hails from the small village of Llambilles in northern Catalonia and is a performance engineer in the Superbikes World Championship (WorldSBK), in addition to his involvement in Dakar-type events.

They face competition in the category from the Lebanese crew of Jad Al-Aawar and Vicken Kanledjian. Qatar-based Al-Aawar is a regular competitor in the Lebanese national rally series with a Mitsubishi Lancer Evolution IX and is taking part with a Can-Am this weekend.

His best result came with fifth place and third in Group N at the 2019 Jezzine Rally in Lebanon, but he has also competed in Qatar speed tests and hill climbs in Lebanon. His co-driver Kanledjian lists second overall at the 2017 Cedars Rally as his best result to date with Joseph Hindi.

Al-Aawar is running in a four-car Lebanese team under the Team AMT banner in Qatar alongside MERC 3 front-runner Henry Kahy and MERC 2 competitors Ahmad Khaled and Shadi El-Fakih. The operation runs under the management of 2001 Lebanese national rally series winner Doumit bou Doumit.

The Can-Am Maverick X3 is currently the most popular of the T4 vehicles currently on the world stage, but both Polaris and Yamaha are heavily involved in active competition with their RZR 1000 and YXZ 1000R models and several teams are now focusing their resources on race programmes across the world in the FIA T4 category.

Many insiders see the introduction of the FIA T4 section to the MERC as a very positive step forward to attract up and coming young talent on lower budgets in the future.

Competitors will tackle two loops of a pair of demanding gravel stages to the north of Doha. The first pass through Eraida (20.13km) goes live at 10.25hrs and precedes nearby Al-Thakira (20.34km) at 11.00hrs.

After a return to the Losail Sports Centre for regrouping and a 30-minute service, the two timed tests are repeated at 13.10hrs and 13.45hrs. 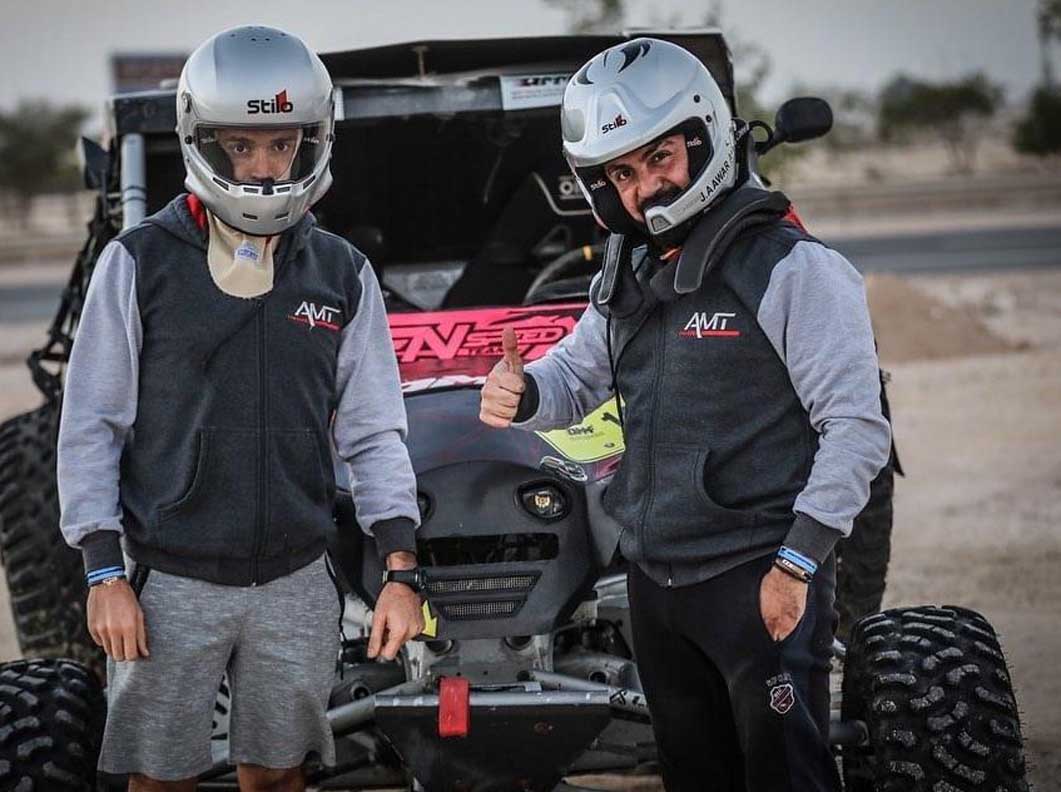 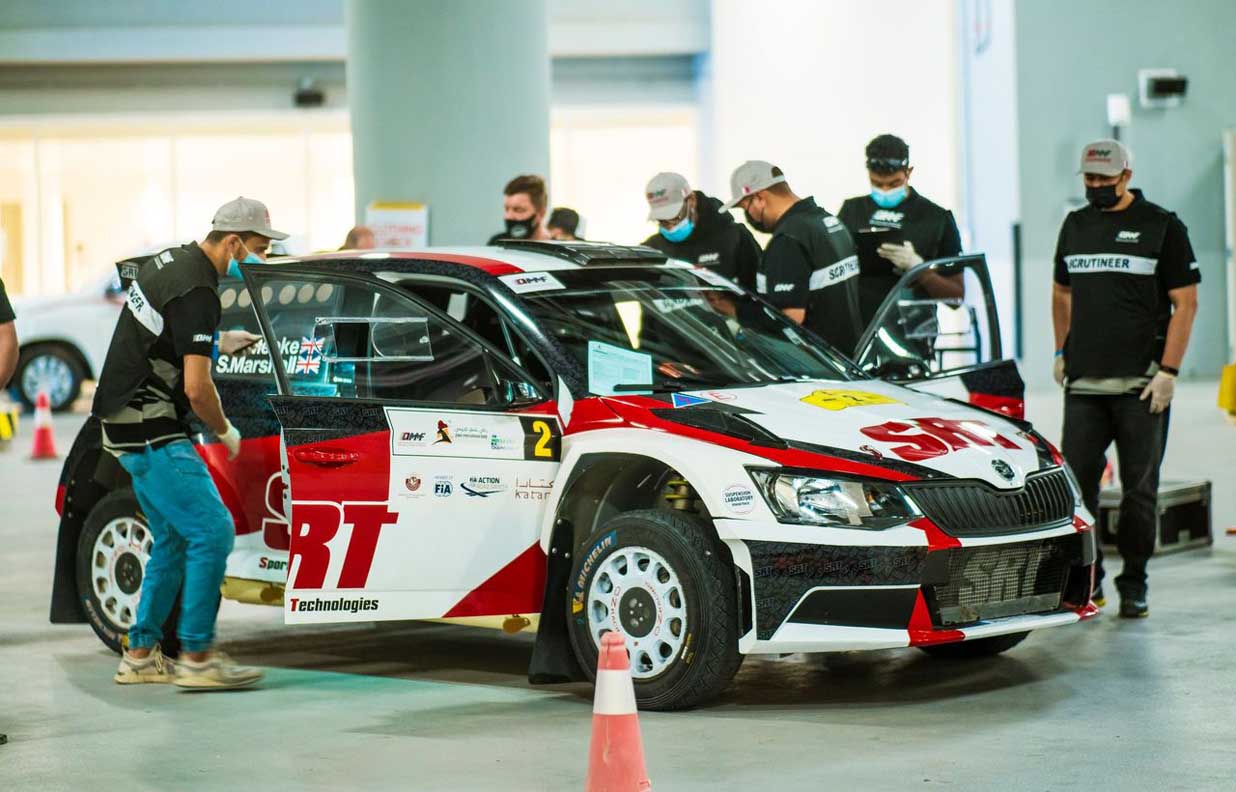 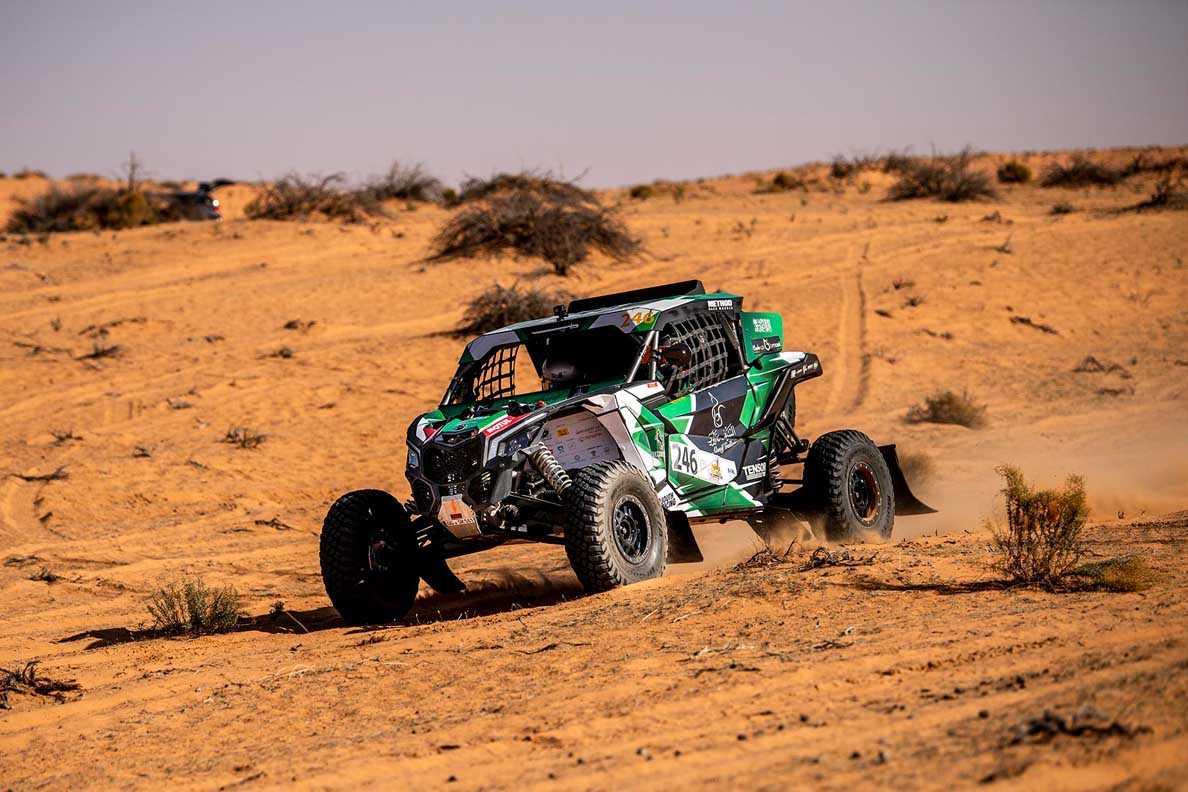 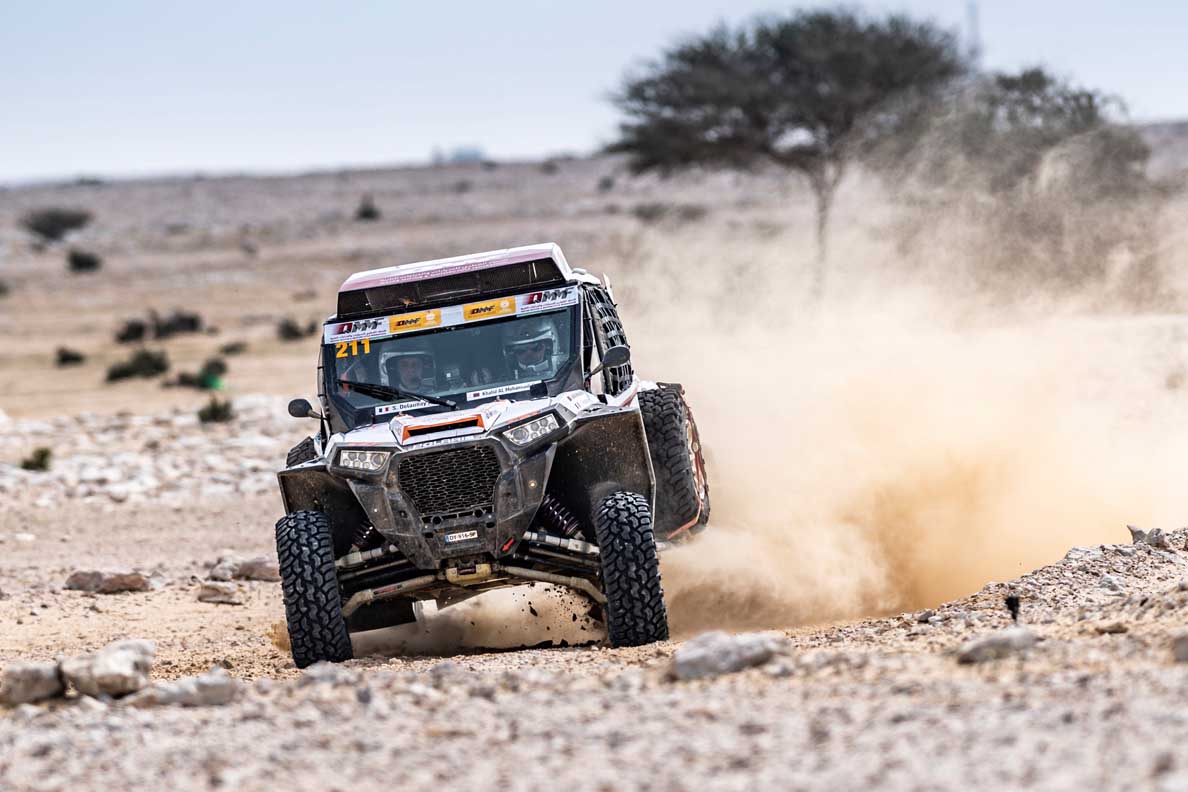