Nissan GT-R Nismo – Designed For A Pro Built For Everyone 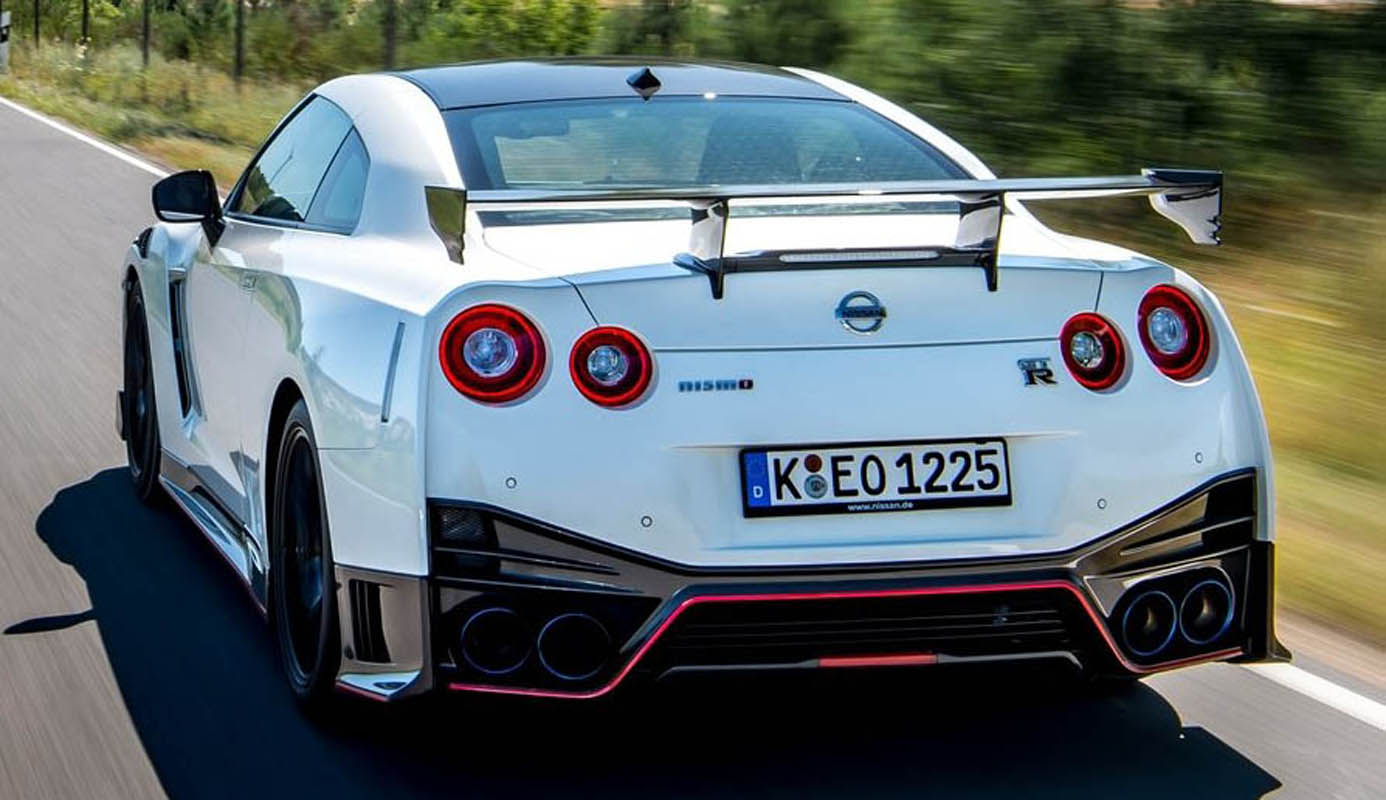 The 2020 Nissan GT-R NISMO made its world debut, with race car-inspired upgrades and tuning improvements that maximize its exhilarating performance.

The model was showcased alongside the new 50th Anniversary Edition as Nissan celebrated 50 years of GT-R heritage at the 2019 New York International Auto Show.

“The 2020 GT-R NISMO has evolved into a balanced, yet extreme, performance car,” said Hiroshi Tamura, chief product specialist for the GT-R. “Pursuing driving pleasure is the most important concept behind GT-R, and the new NISMO’s performance suggest it is a car that belongs on the race track – but is also at home on the open road.”

Designed for a pro, built for everyone

For the 2020 Nissan GT-R NISMO, Nissan engineers set out to take race-proven technology and make it accessible and comfortable for drivers of all skill levels. Vehicle control and predictability were critical in achieving this; thus, they adopted the theme “absolute street and track performance” when developing the car.

Setting the most potent and exclusive of all GT-Rs apart from the rest of the pack is the amount of carbon fiber found throughout the car, including the front and rear bumpers, front fenders, hood, roof, side sill covers, trunk and rear spoiler. Each component has been improved to cut weight, increase downforce and enhance aerodynamics. These exterior parts alone have resulted in a total weight savings of 23 pounds (10.5 kilograms), in addition to nearly 44 pounds (20 kilograms) of reductions from other upgrades and new components.

The front fenders now resemble those on the GT3 GT-R. Scalloped vents help funnel hot air away from the engine bay and provide exceptional downforce onto the front tires, without additional drag. They also improve aerodynamics by smoothing out airflow along the body, with special consideration given to avoiding the rear spoiler, promoting high-speed stability. A new compression process gives the carbon fiber roof a lightweight, tight weave.

The 2020 Nissan GT-R NISMO’s exclusive 20-inch RAYS forged aluminum wheels are lighter than before and incorporate a nine-spoke design that enhances their rigidity. Newly designed Dunlop tires, with a wider tread and fewer grooves, increase the contact patch by 11%. This results in higher cornering force, enhanced steering response and improved rolling resistance when compared with the previous model.

Inside the cabin, exclusive GT-R NISMO front seats are designed to focus on holding the shoulder blades and lower body points, giving the driver a better sense of car and body as one. 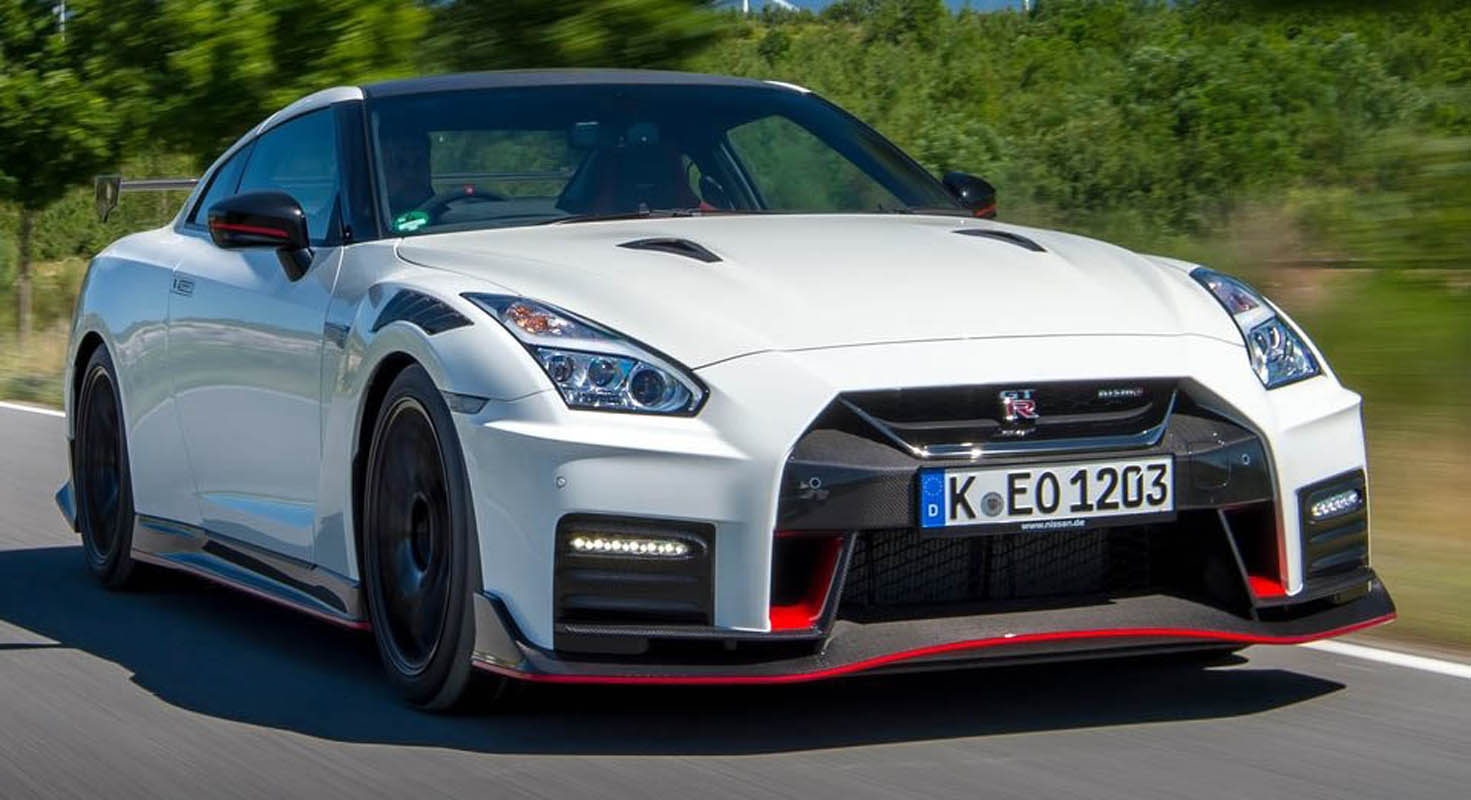 Few cars possess the GT-R’s driving performance. For the 2020 model, the engineers sought to improve what was essentially already mechanical perfection, “making small tweaks to squeeze out as much as possible from the engine and chassis,” according to Tamura.

Nissan’s 3.8-liter V6 24-valve twin-turbocharged engine – each handcrafted by its own takumi technician – remains the heart of the GT-R’s drivetrain. The GT-R NISMO features an exclusive turbocharger design – direct from the GT-R GT3 race car – with a modified turbine shape and fewer blades. This optimizes the flow rate and enhances the acceleration response by 20%, without a loss of horsepower.

The car’s revised 6-speed dual-clutch transmission features a refined “R mode” that not only shifts faster but also optimizes gear selection, especially when exiting corners. This enhances the feeling of acceleration and deceleration on both road and track. The adaptive shift control has also been programmed to adapt shift schedules to the user’s driving style. This makes it possible to drive in a law-abiding way on public roads and in a highly spirited fashion on a race track, without manually changing modes (in A mode / R mode).

The car’s exhaust note is the product of a revised titanium exhaust with handcrafted burnished blue tips.

When it comes to handling, the 2020 GT-R NISMO has few equals. Its updated suspension tuning improves cornering stability, with enhanced yaw rate response and smoother ride quality. The steering features better linearity and precision than ever, requiring minimal corrections at speeds of up to 186 mph (300 kph).

The absolute performance theme is also fittingly reflected by the addition of a carbon ceramic brake system. The combination of the Brembo carbon ceramic rotors – enlarged to 16.1 inches (410 mm) up front and 15.3 (390 mm) at the rear – and Brembo calipers significantly improve reaction time, durability and overall stopping performance.

At the same time, their lightweight nature decreases the unsprung weight on each wheel, allowing the car to trace the intended driving line in a highly precise manner. The carbon and silica carbide structure of the rotors is nearly as hard as diamonds. When paired with the new material of the brake pads, they generate more friction for an enhanced controlled feeling in all types of braking situations. The new materials also help decrease braking footwork by shortening the brake pedal stroke. The newly developed high-rigidity calipers are dipped in bright yellow paint that can resist temperatures of more than 1,832 degrees Fahrenheit (1,000 degrees Celsius). 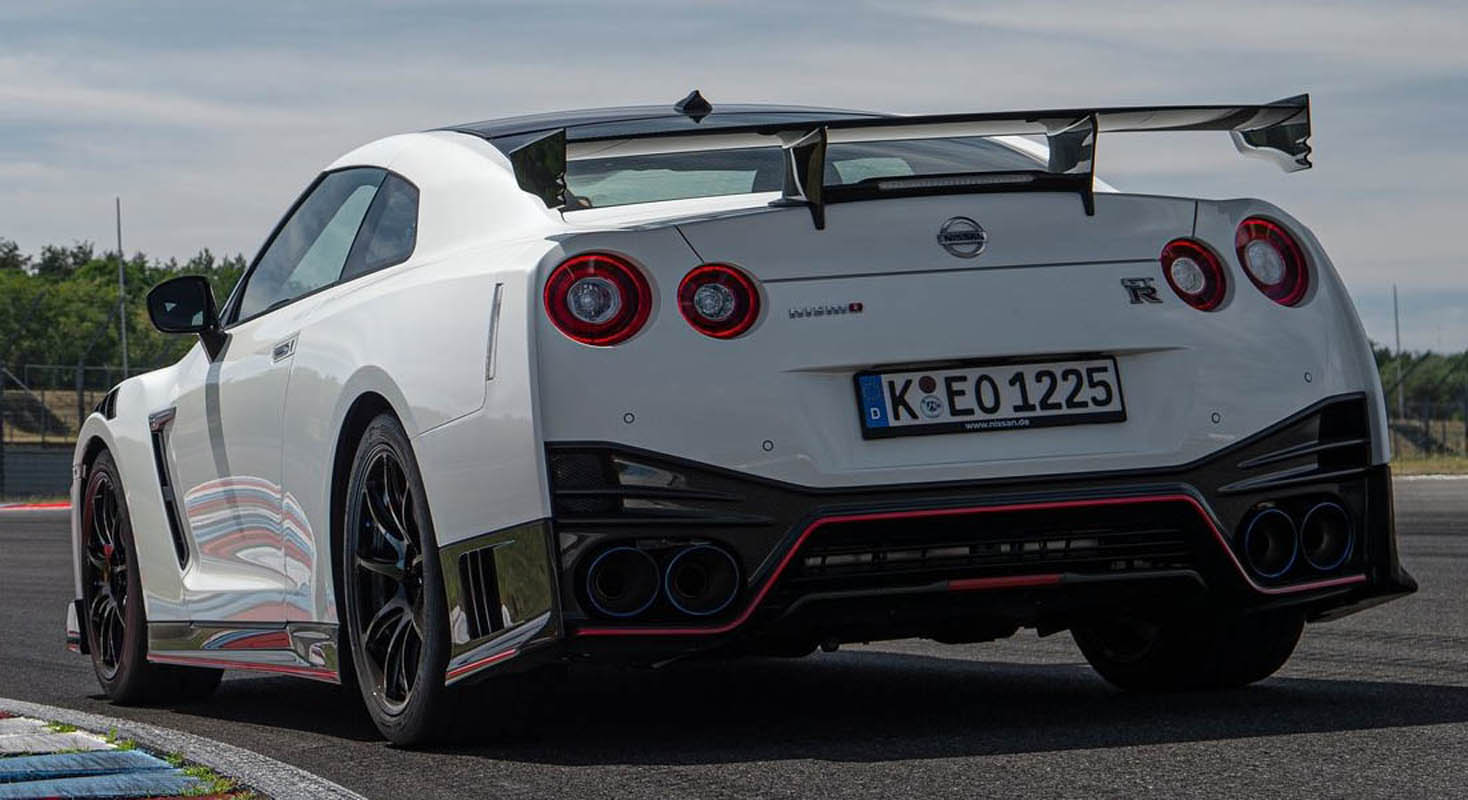 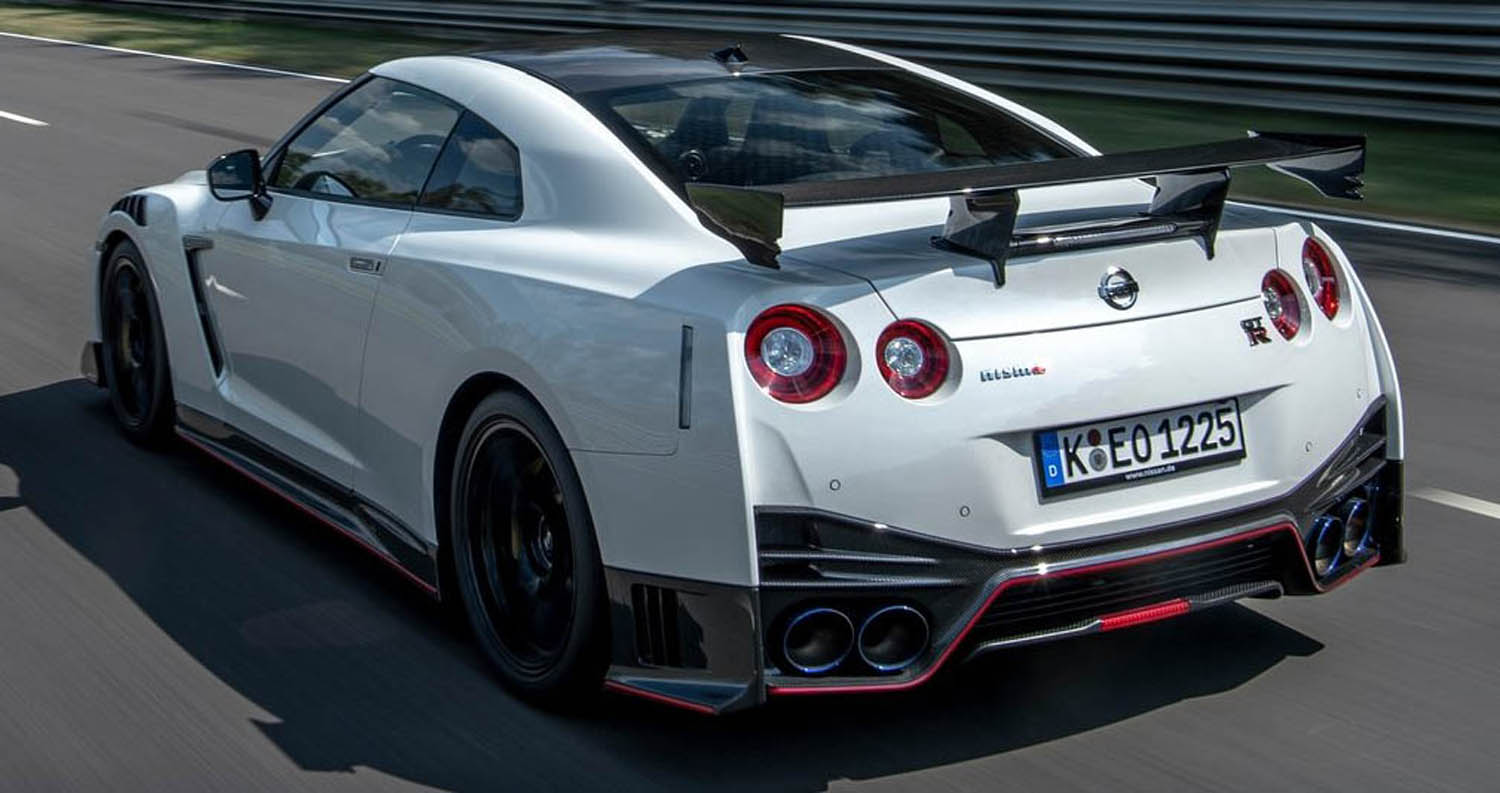 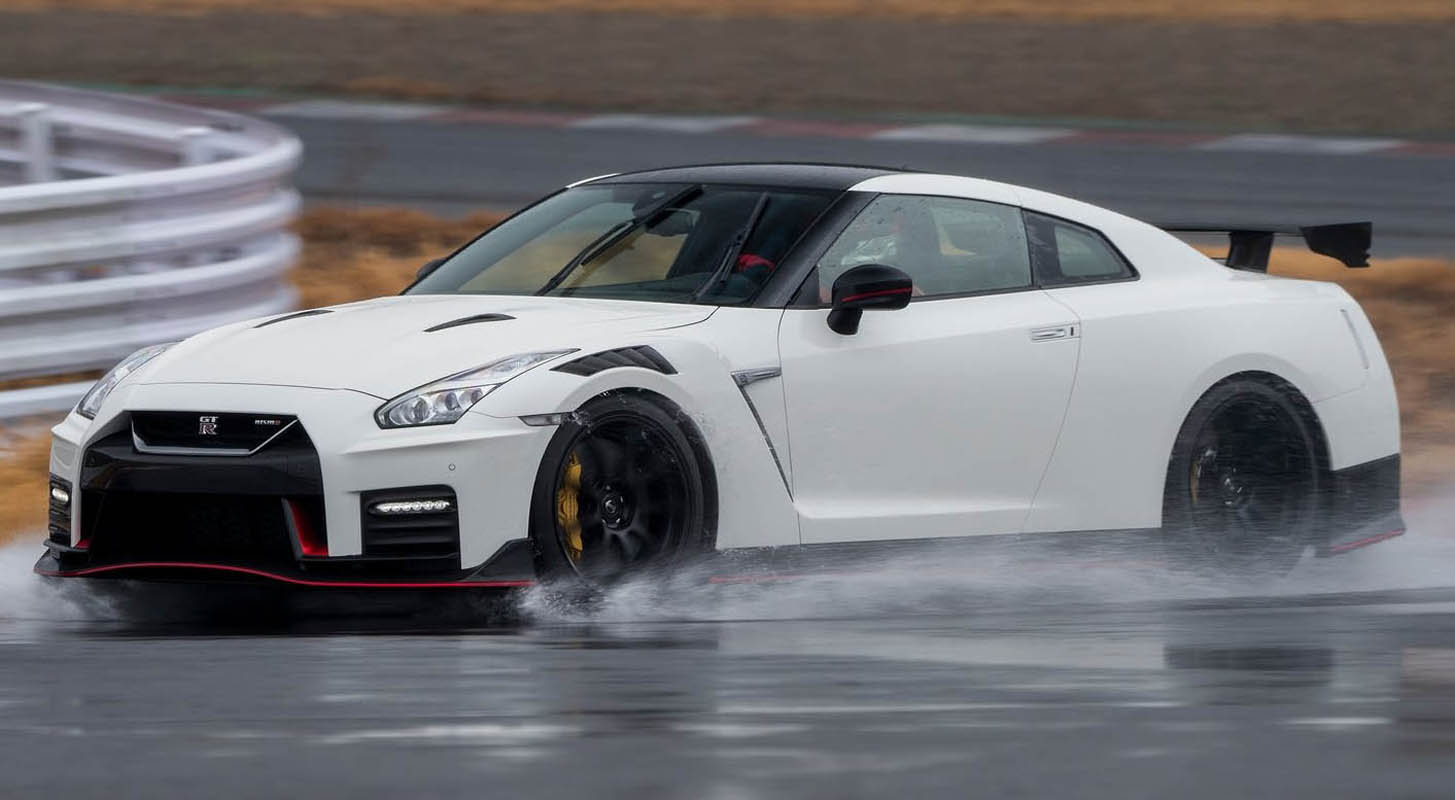 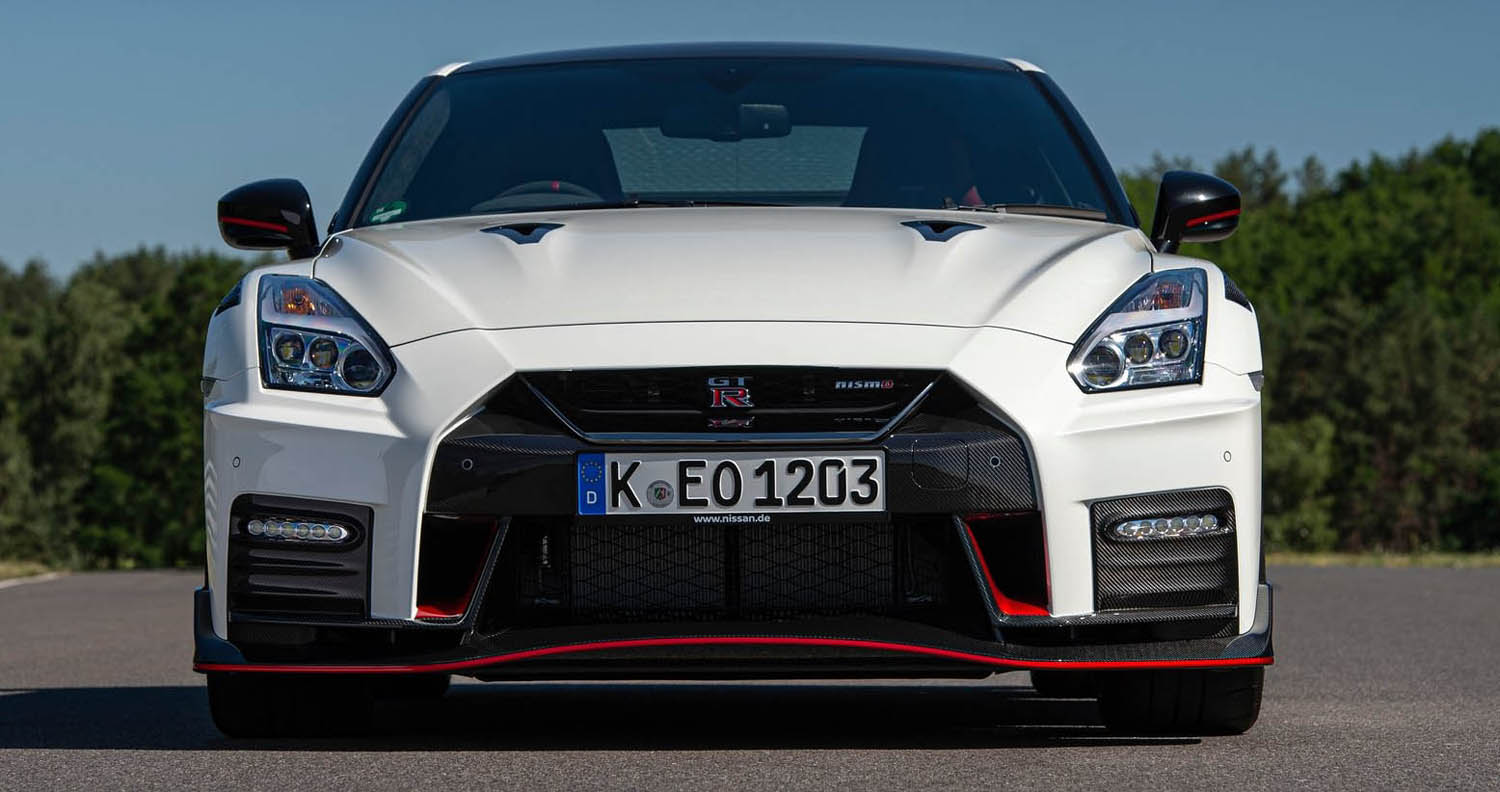 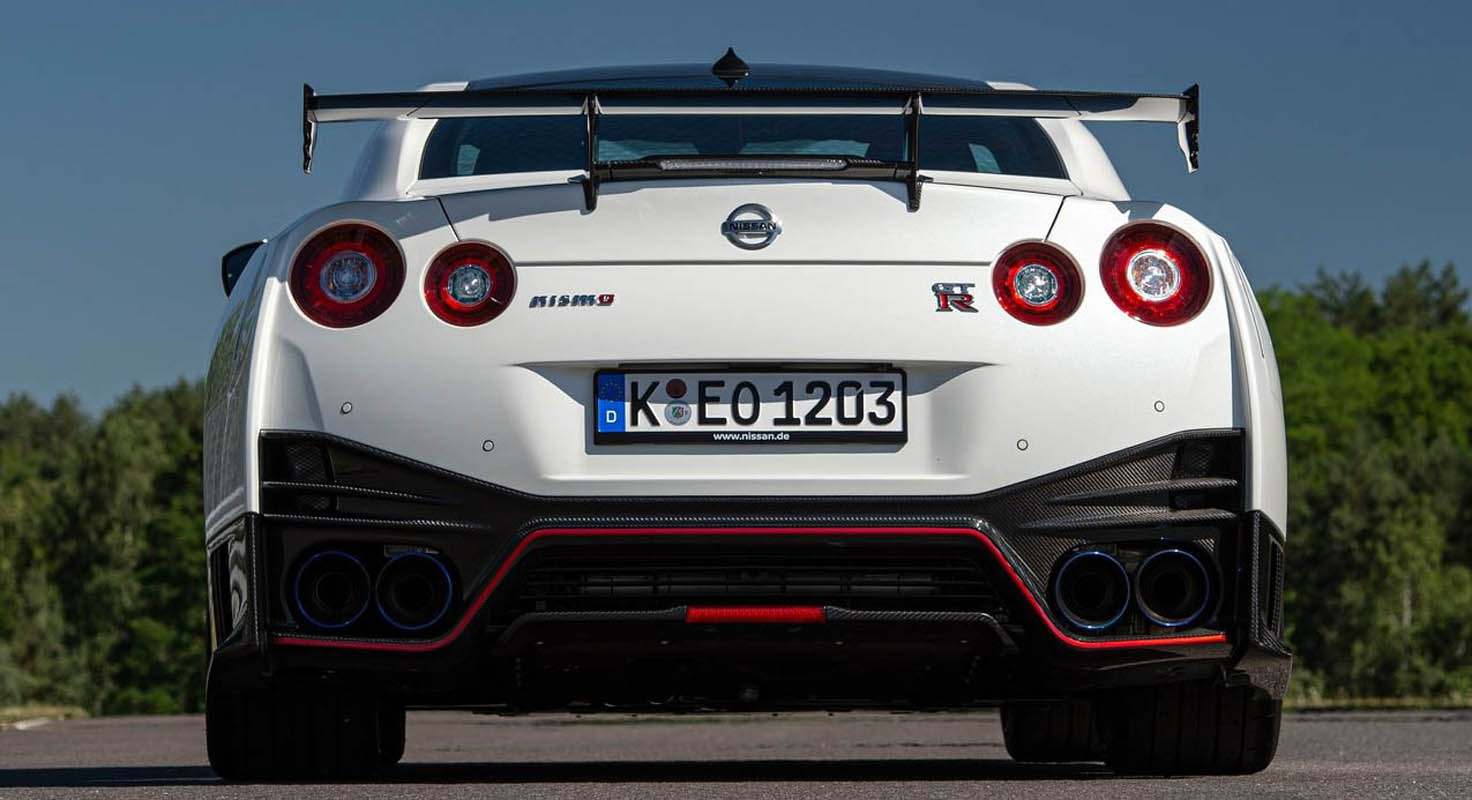 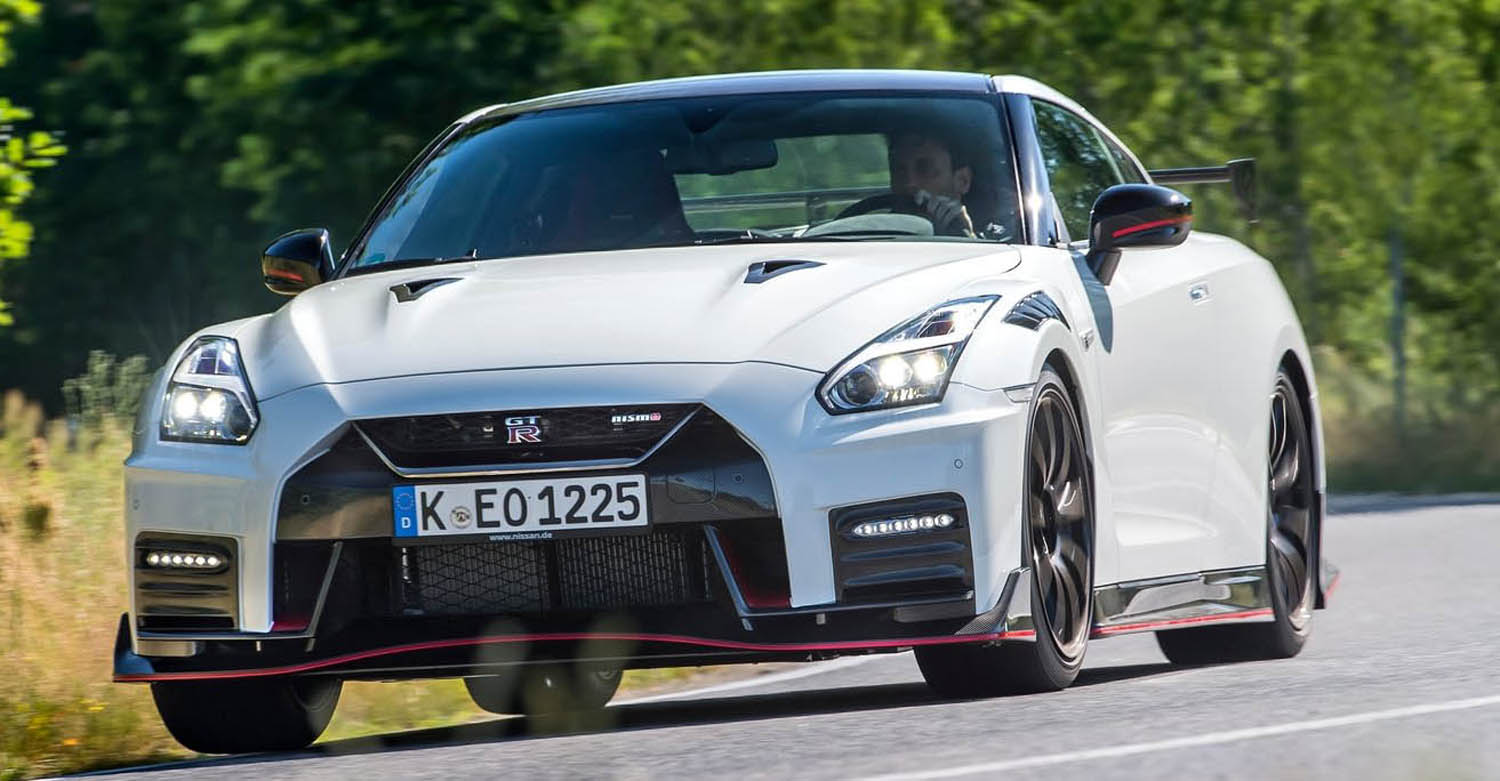 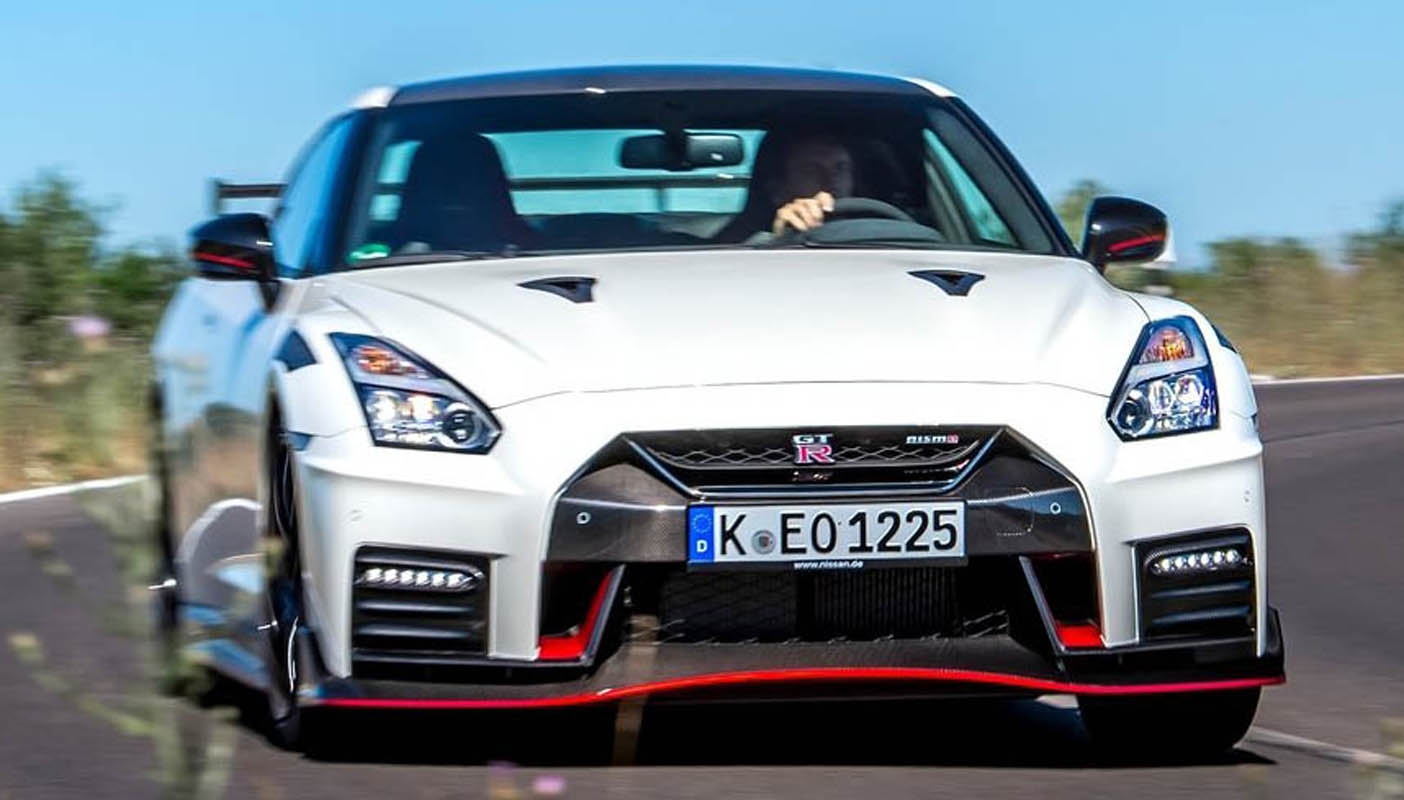 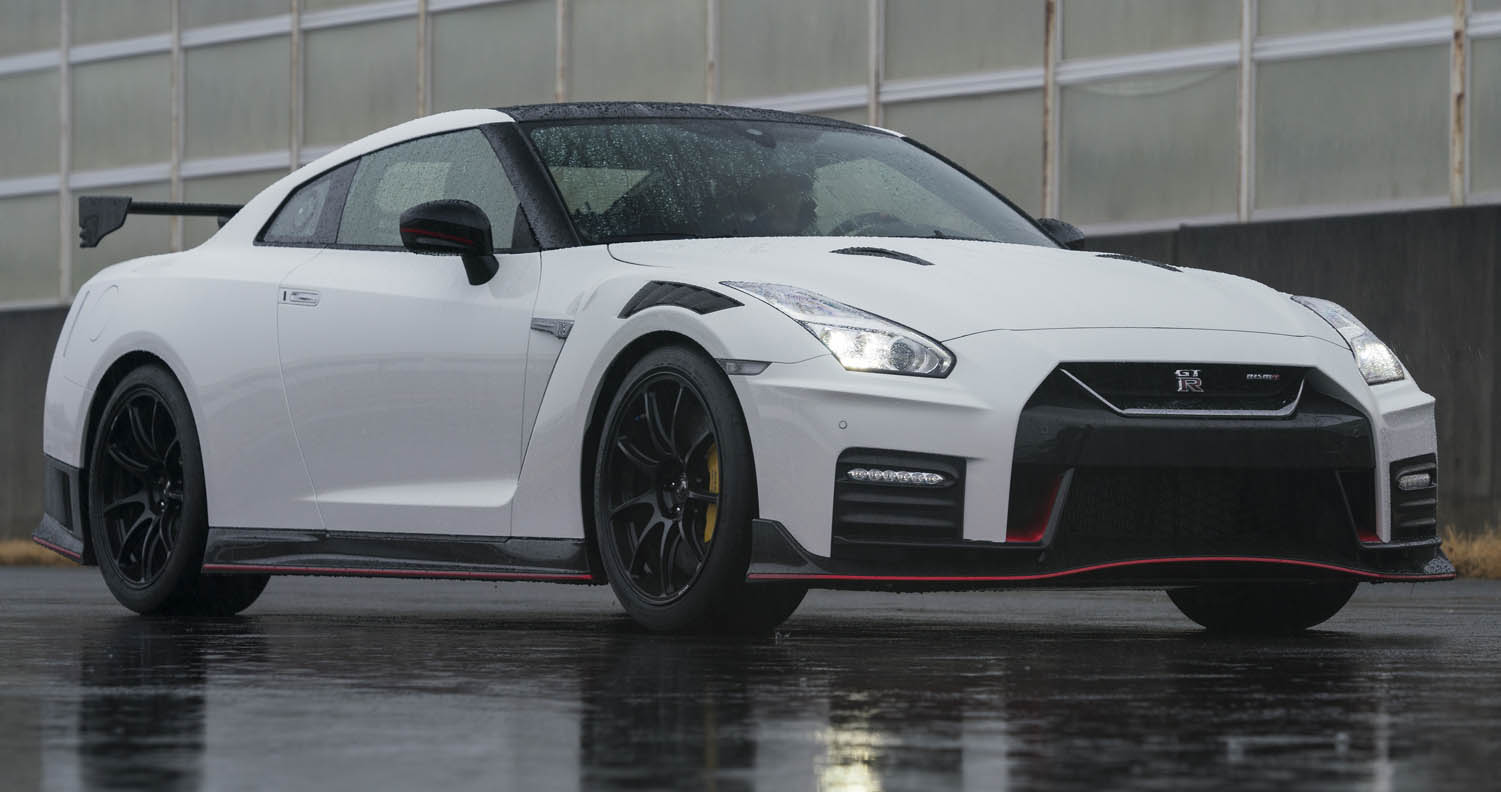 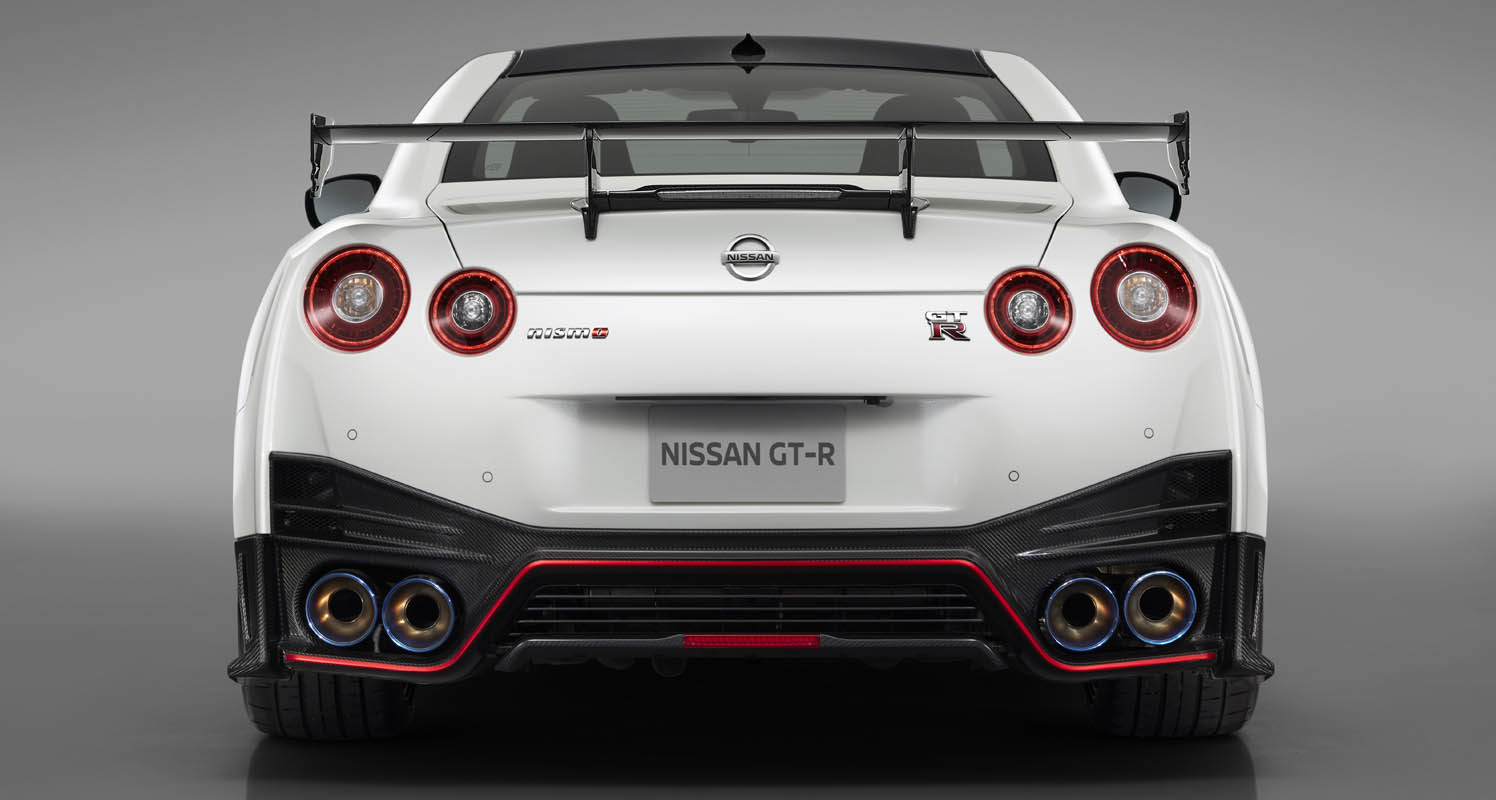 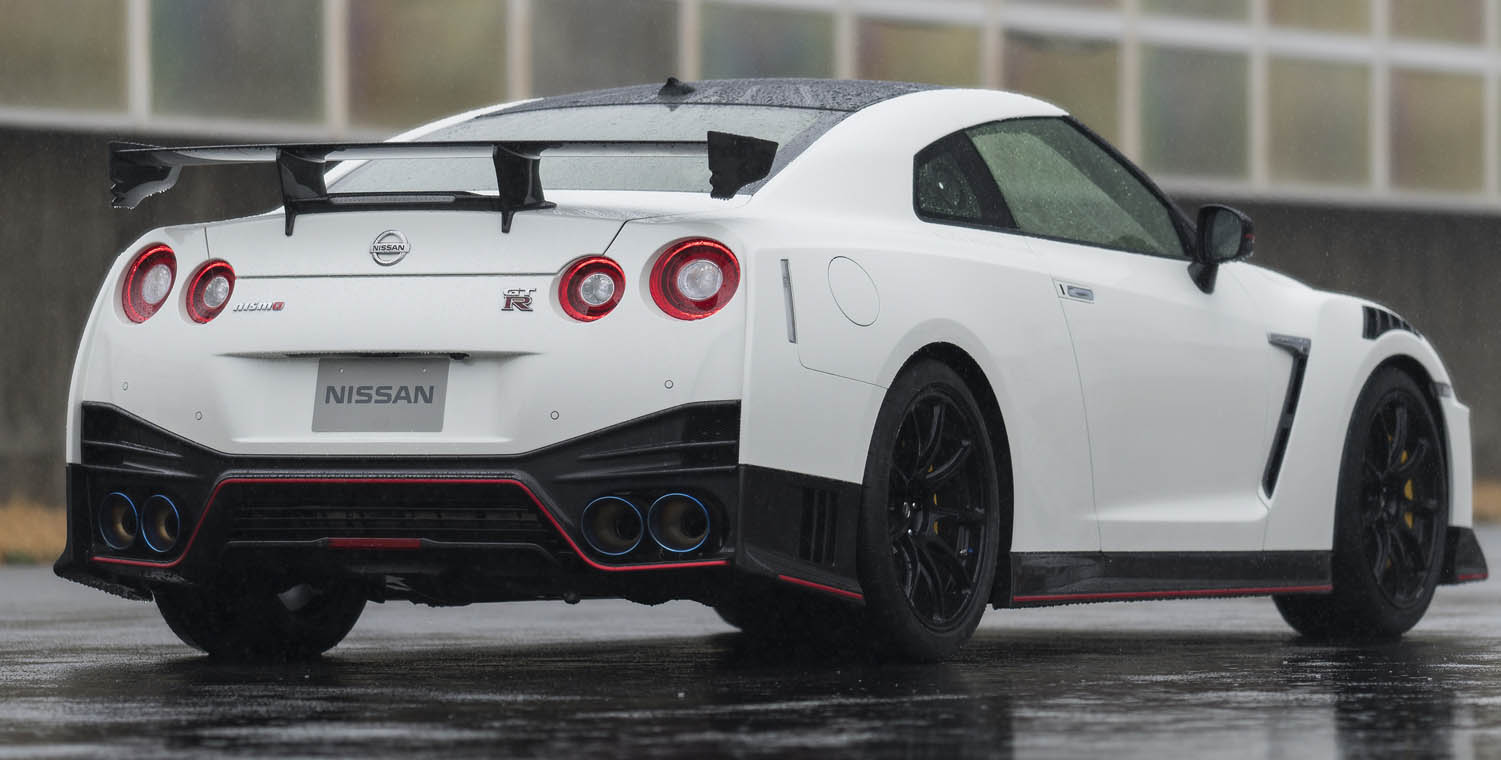 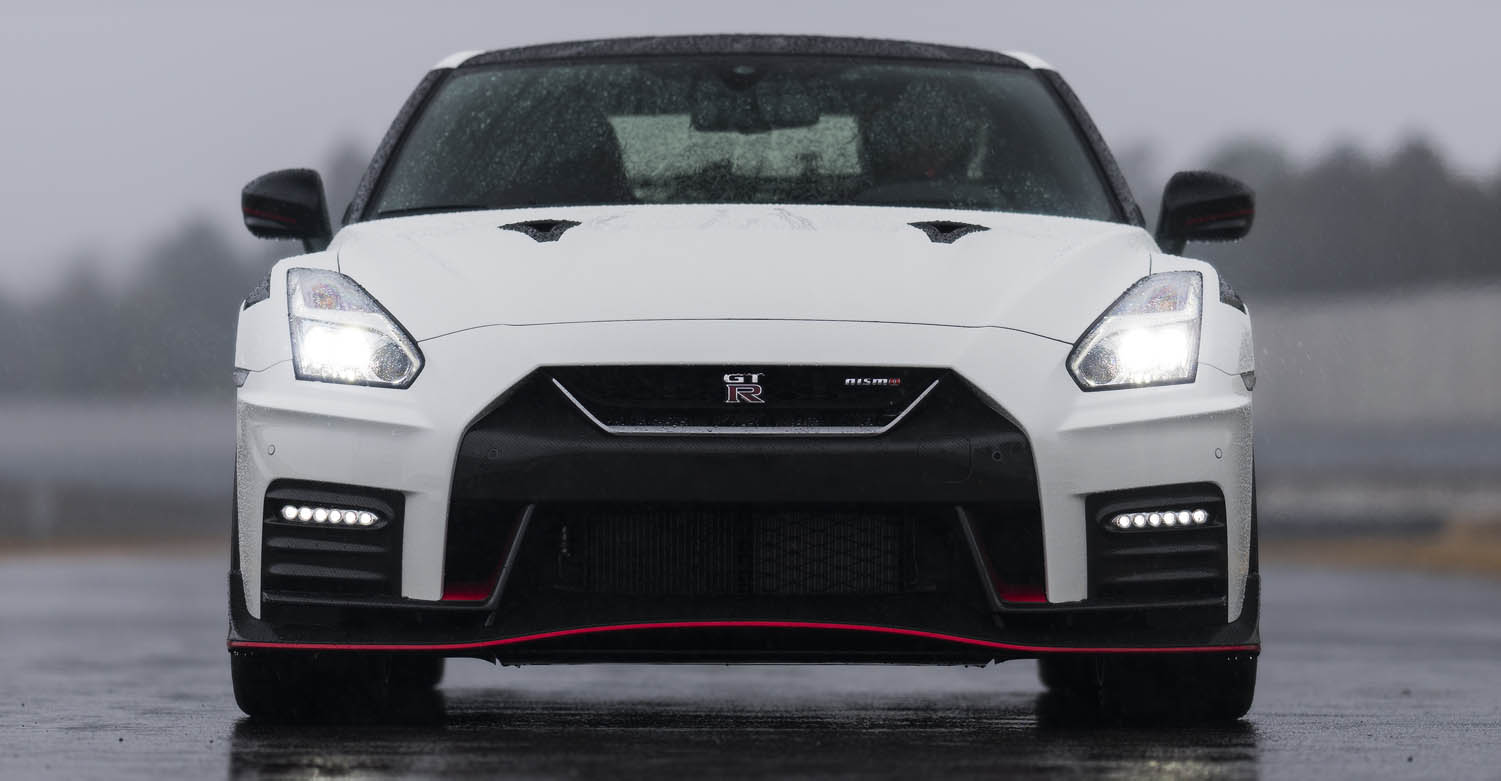 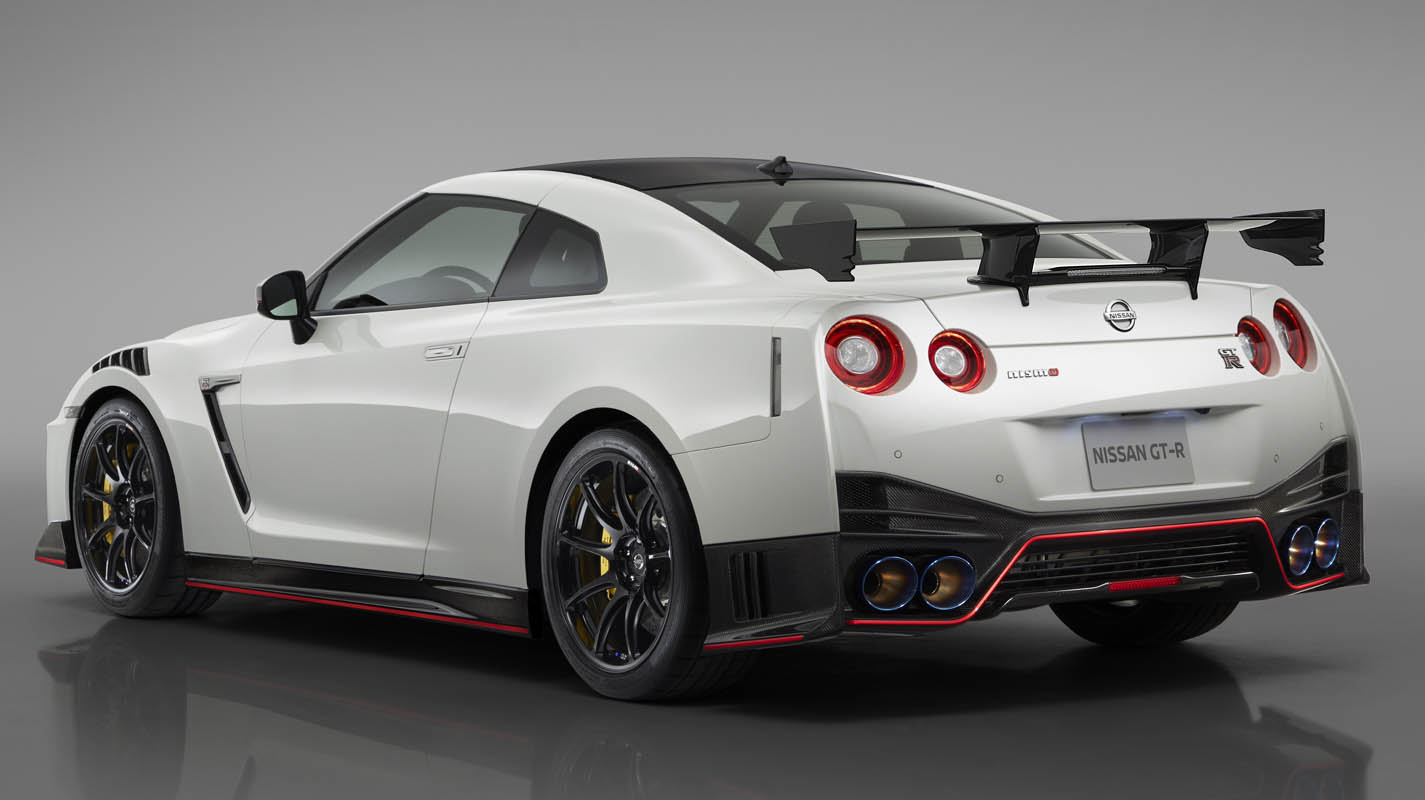 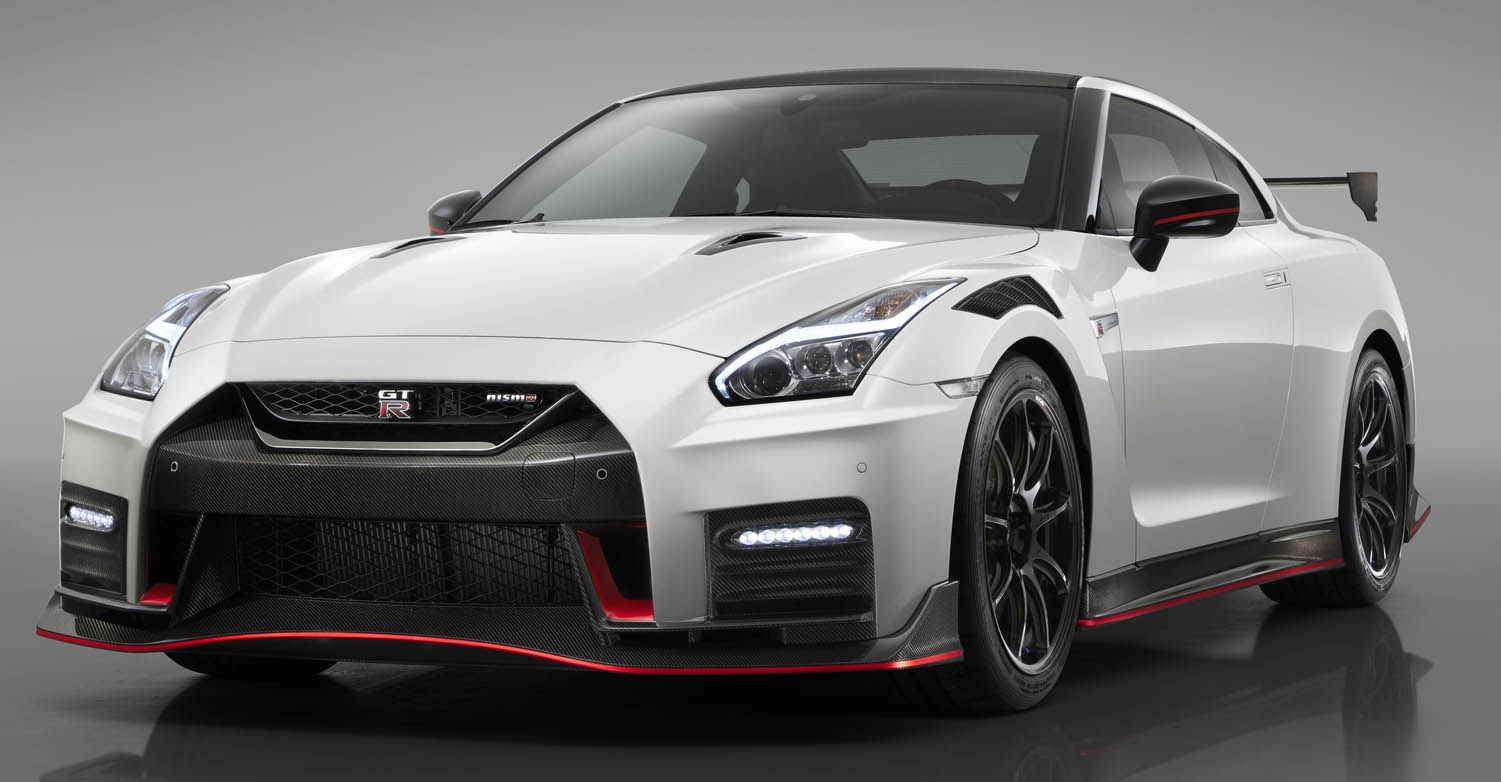 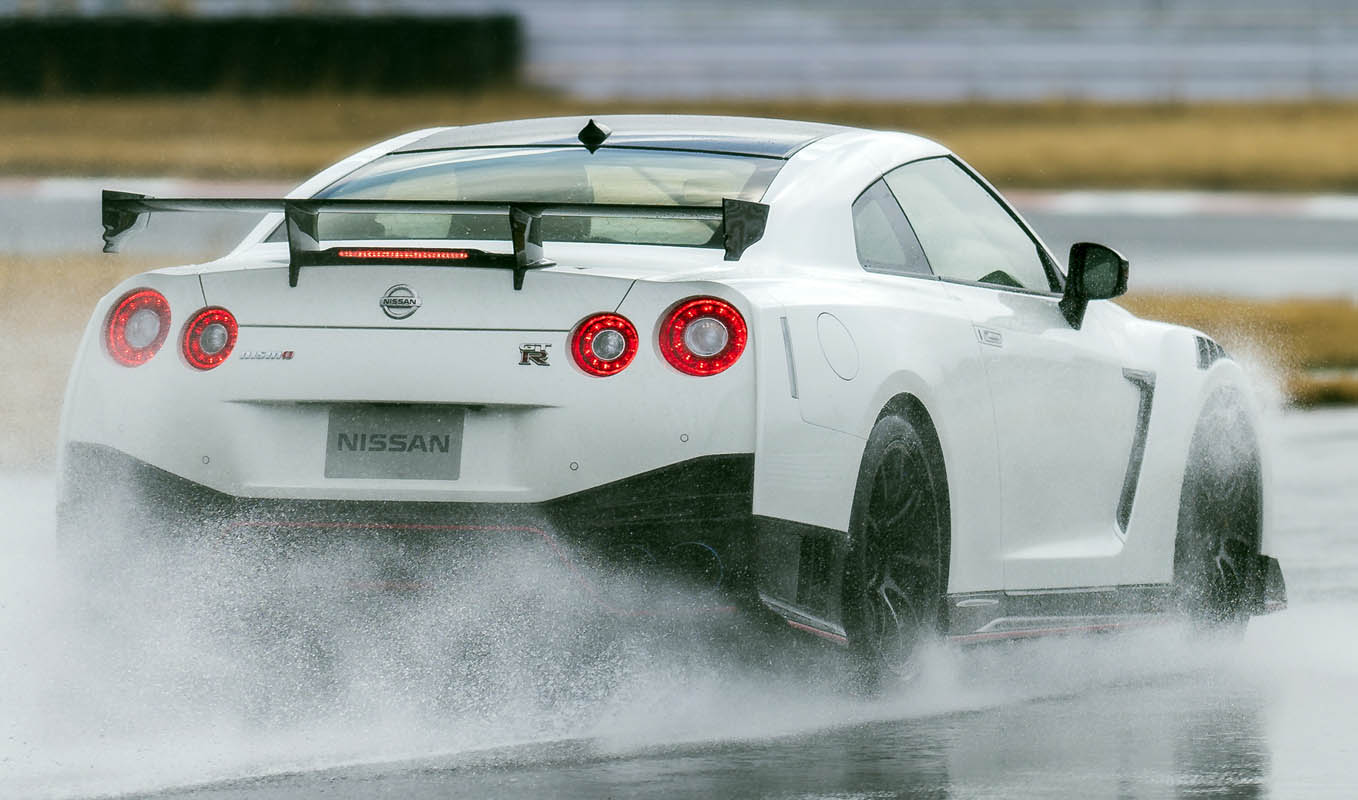 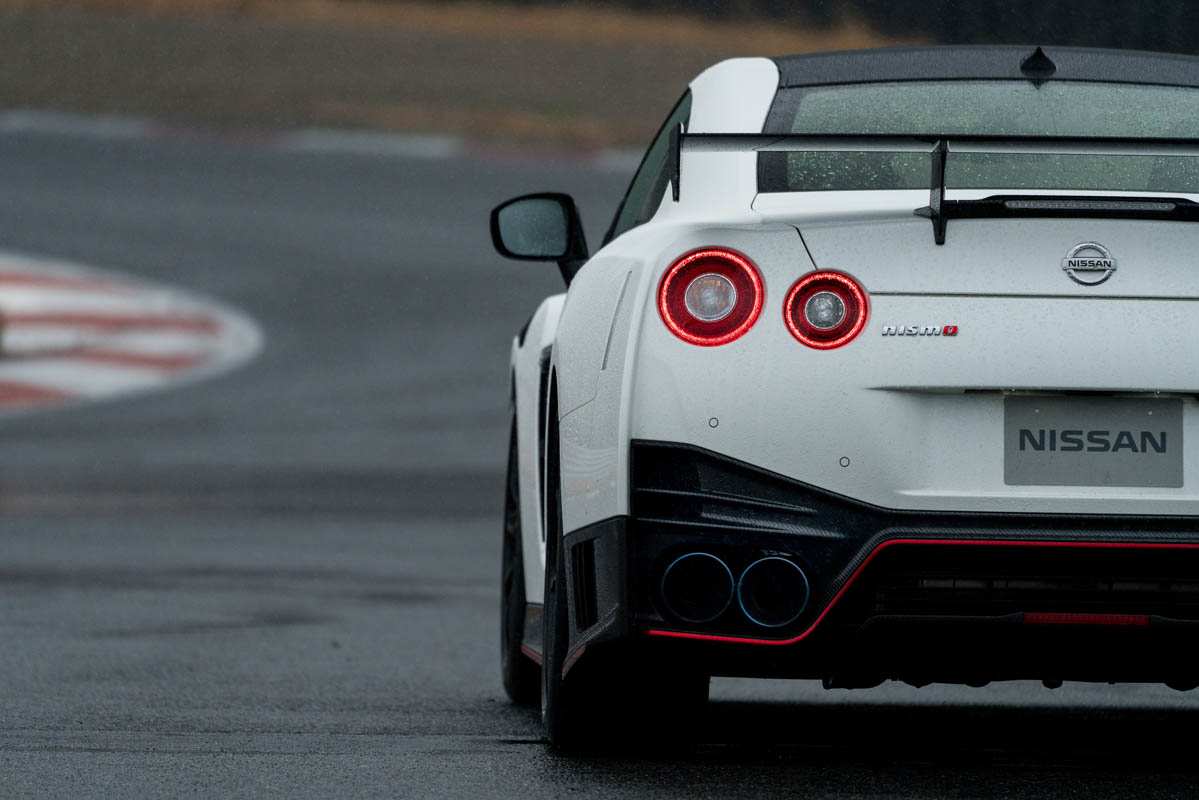 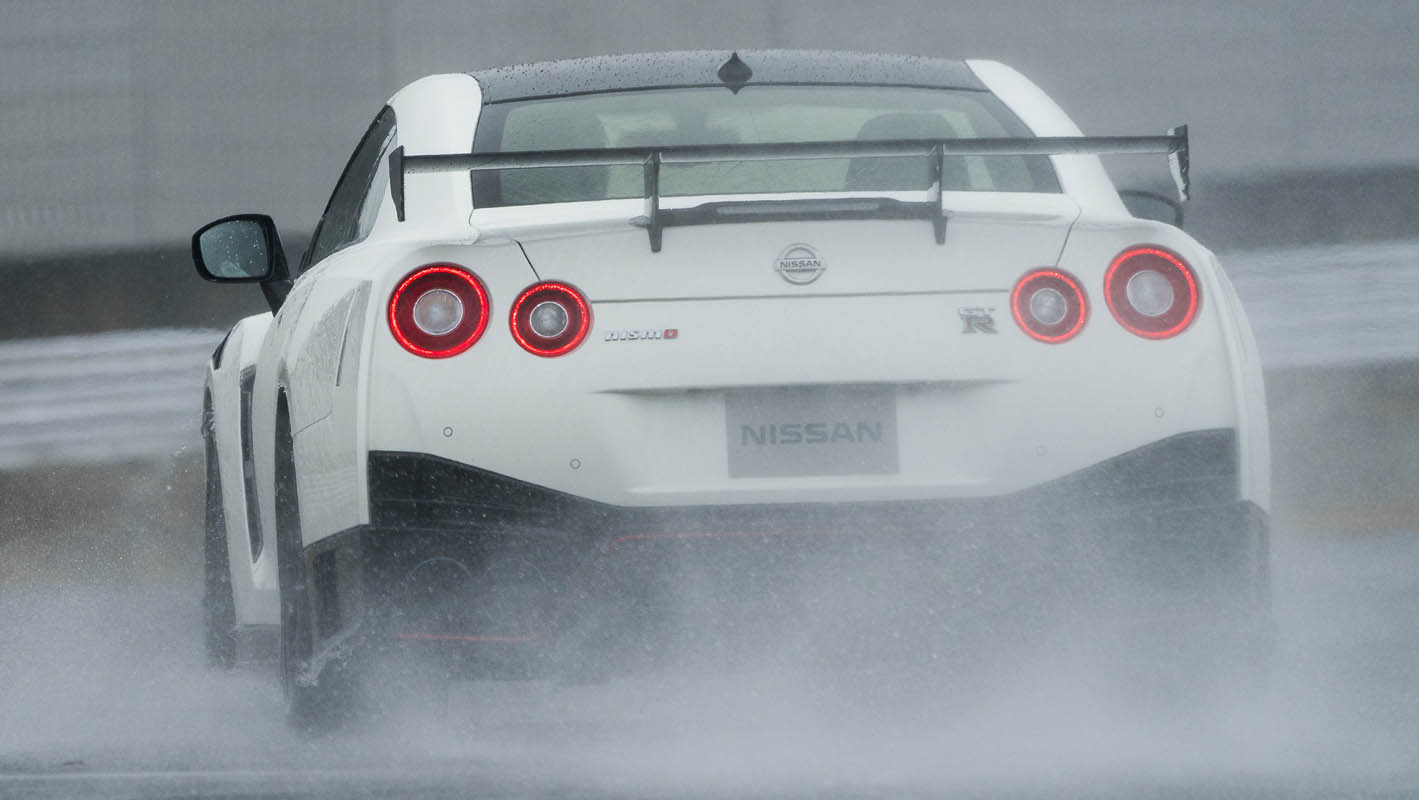 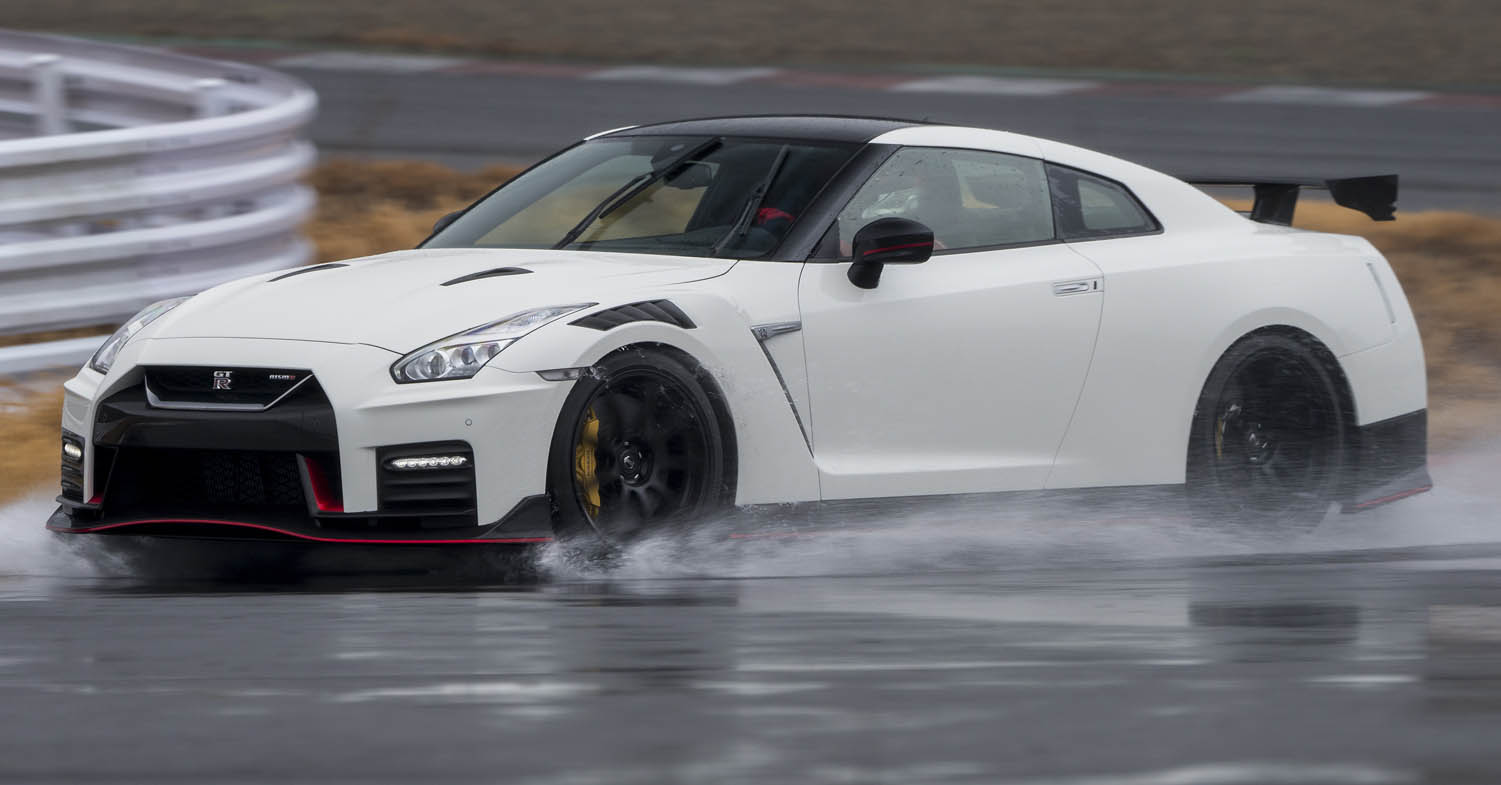 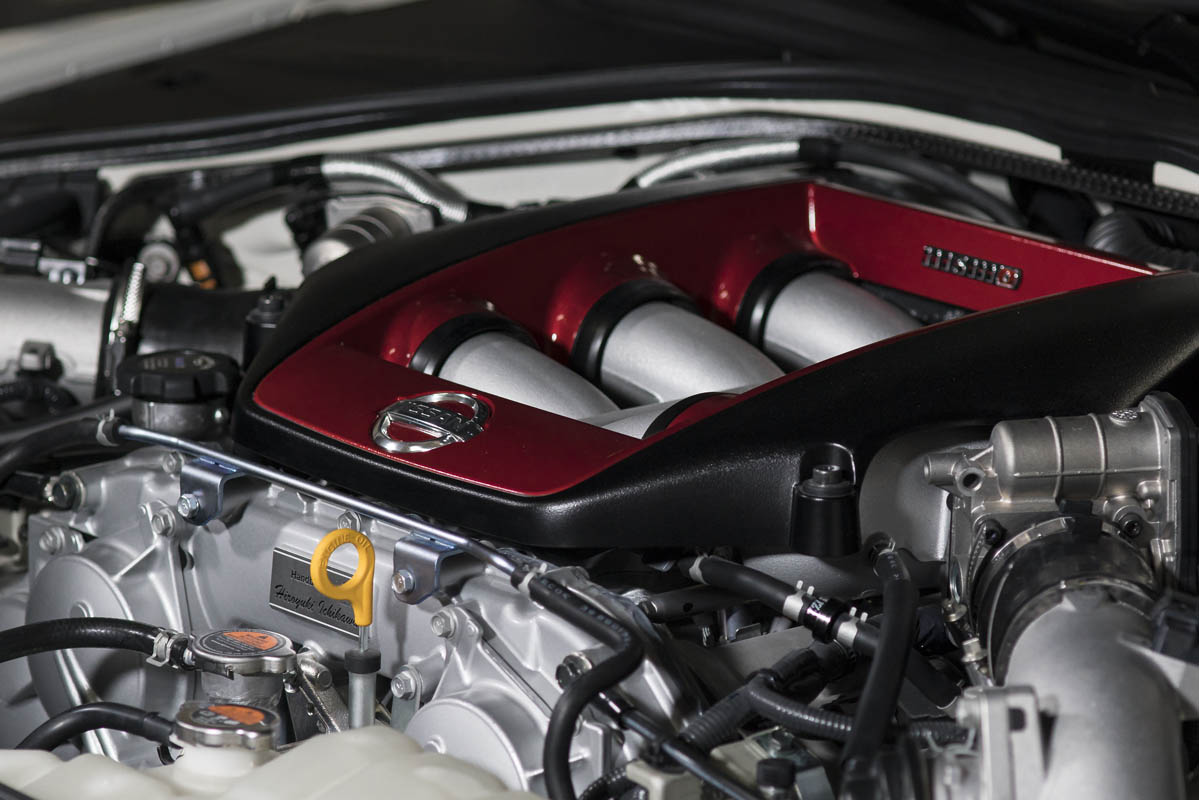 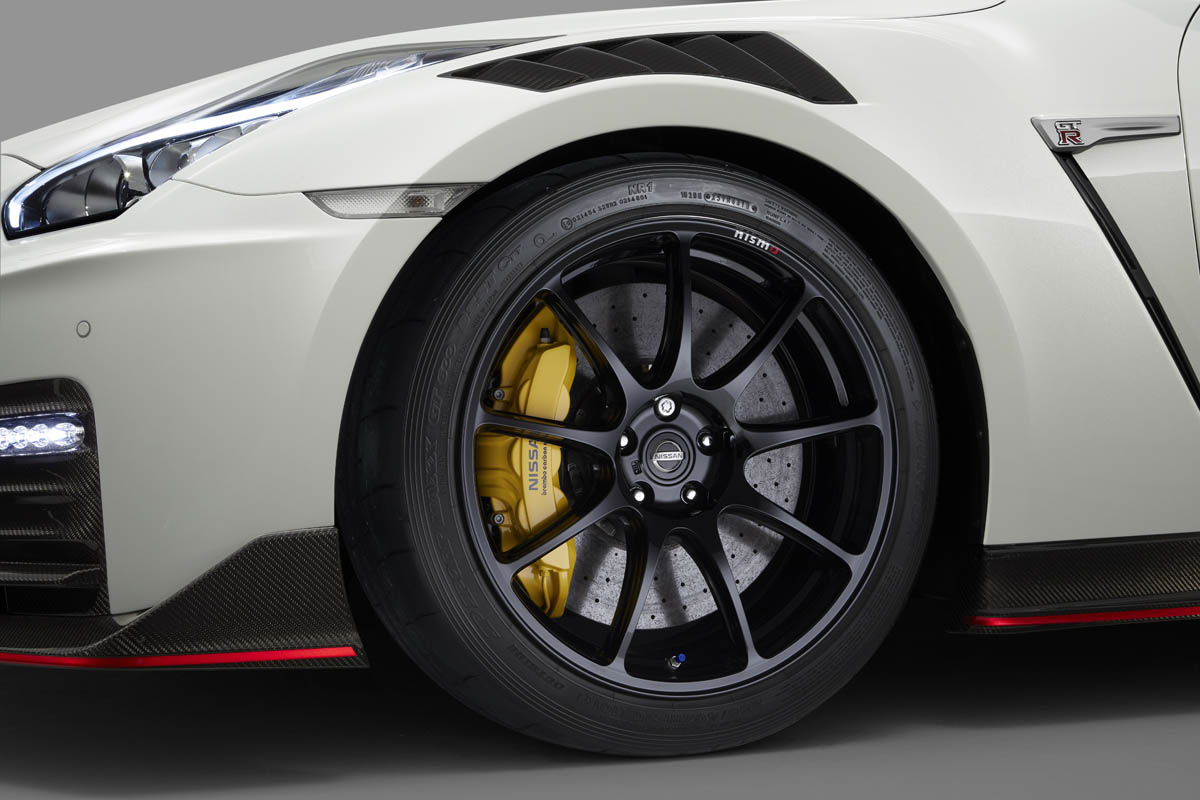 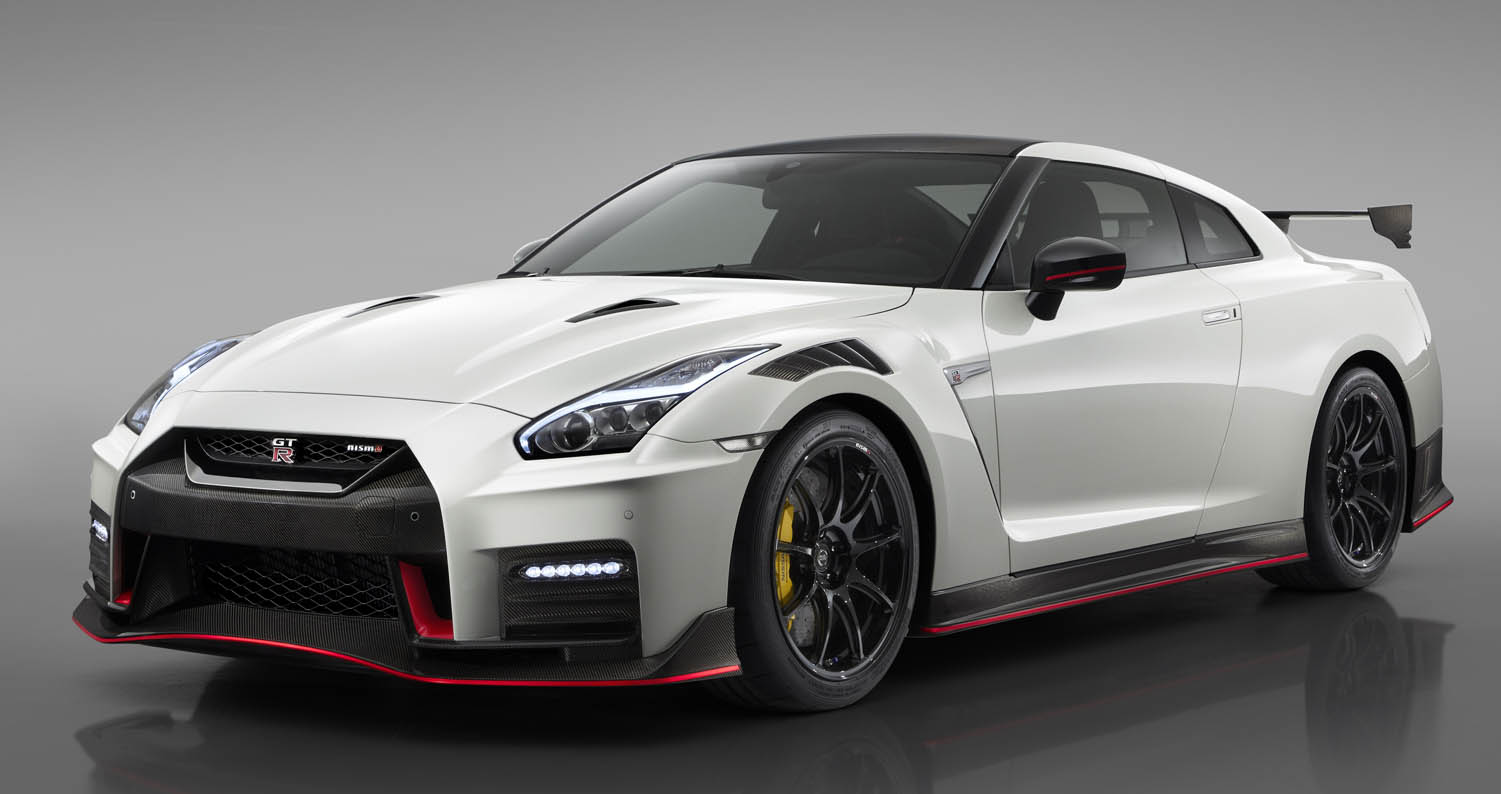 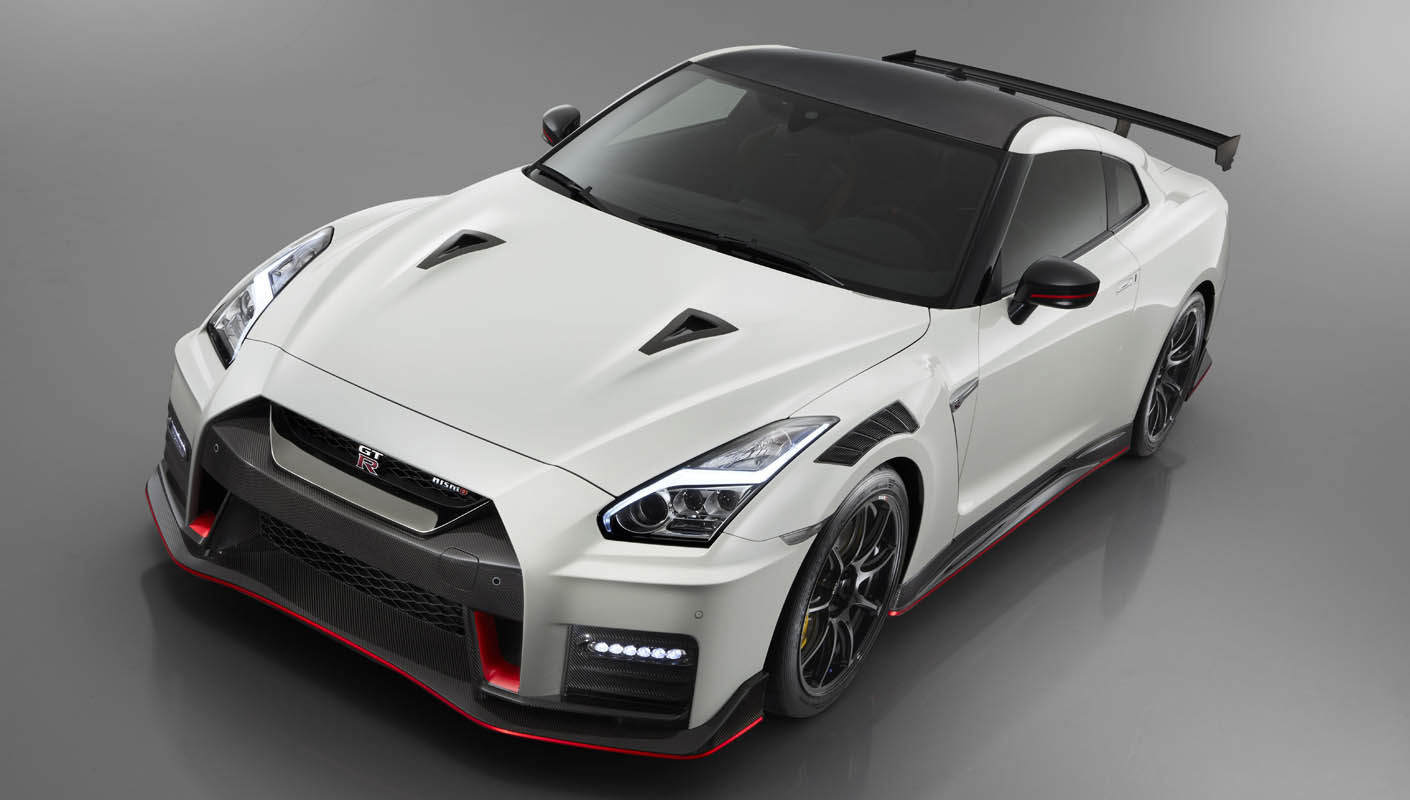 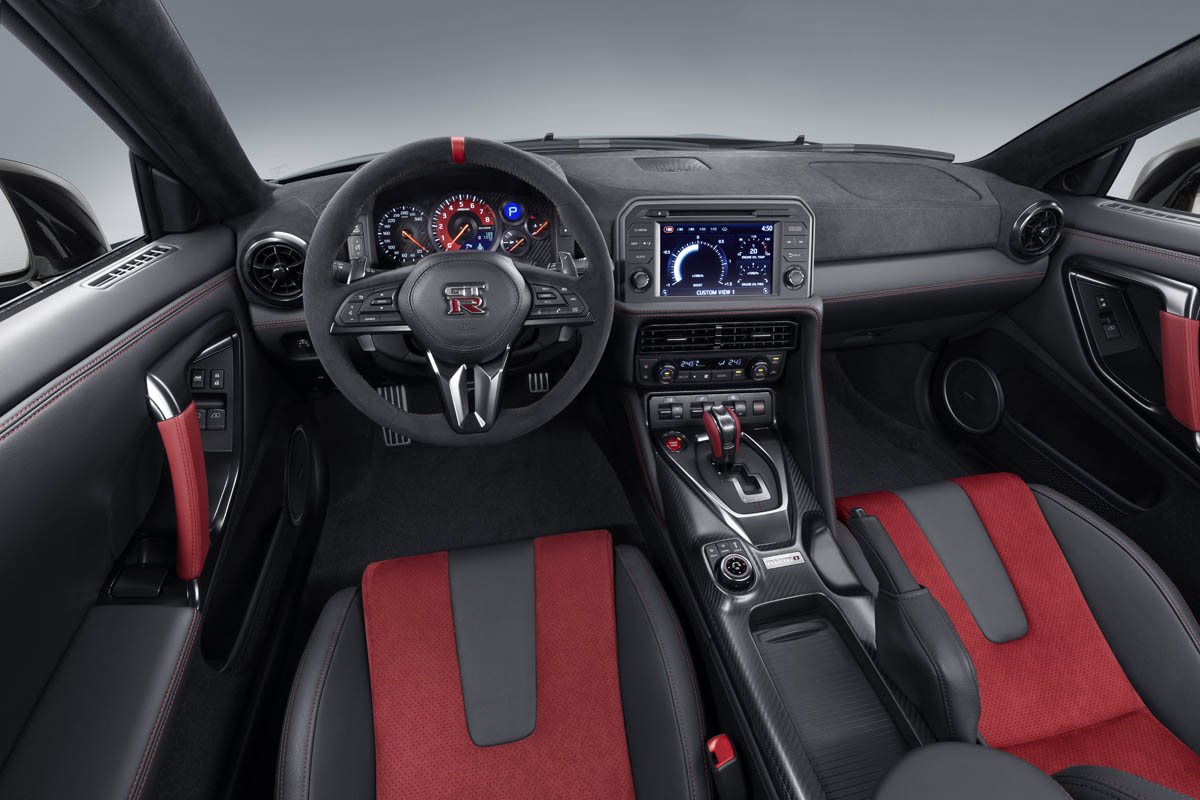 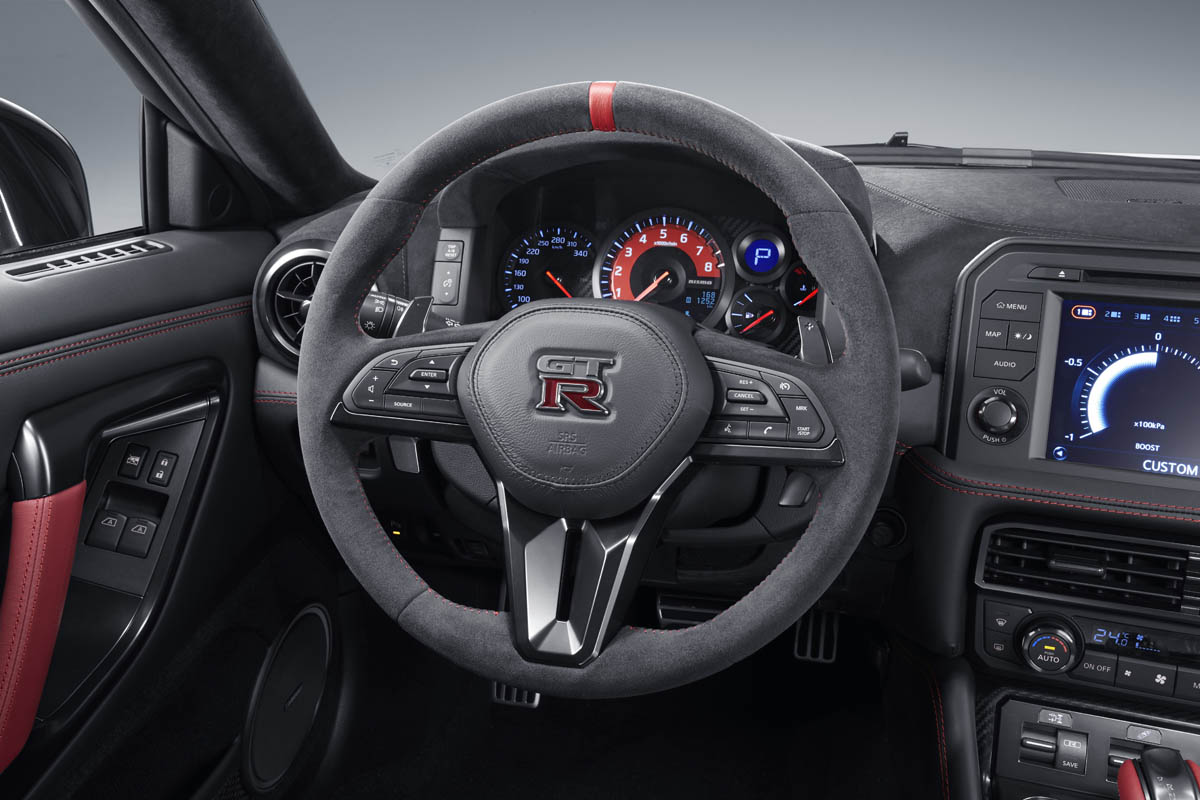 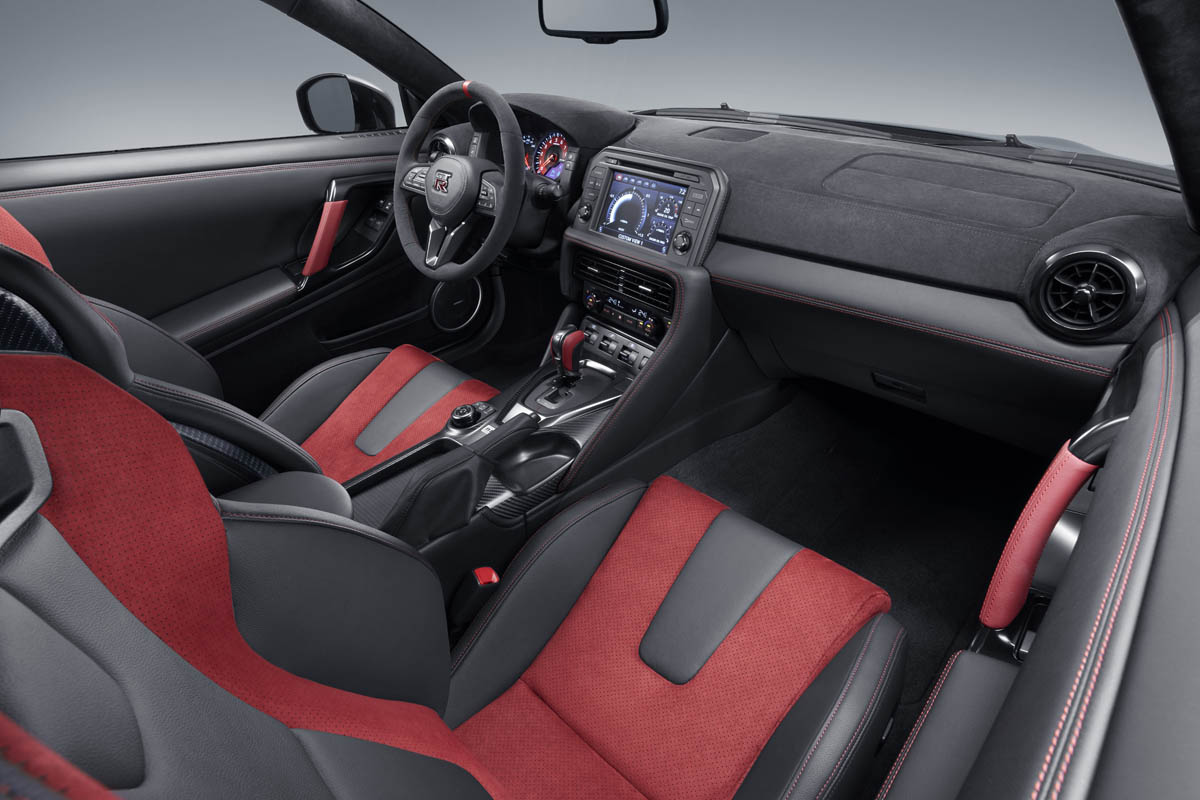 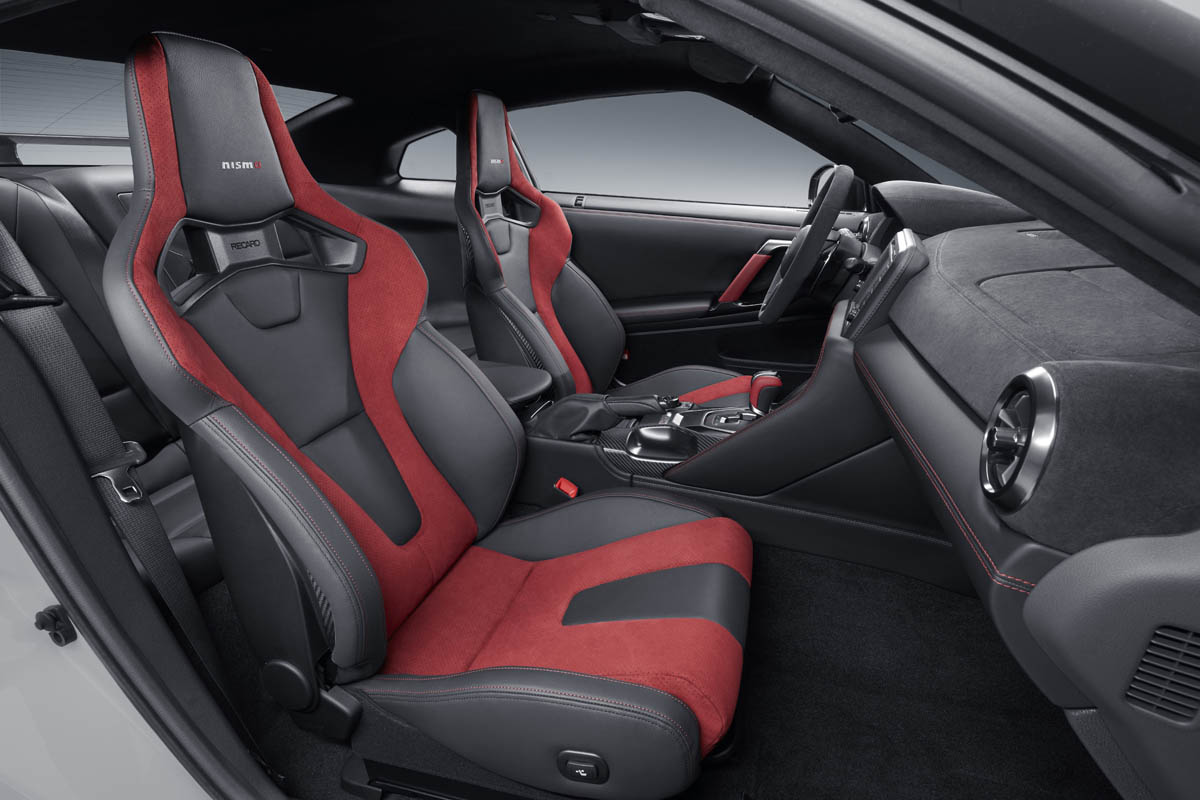 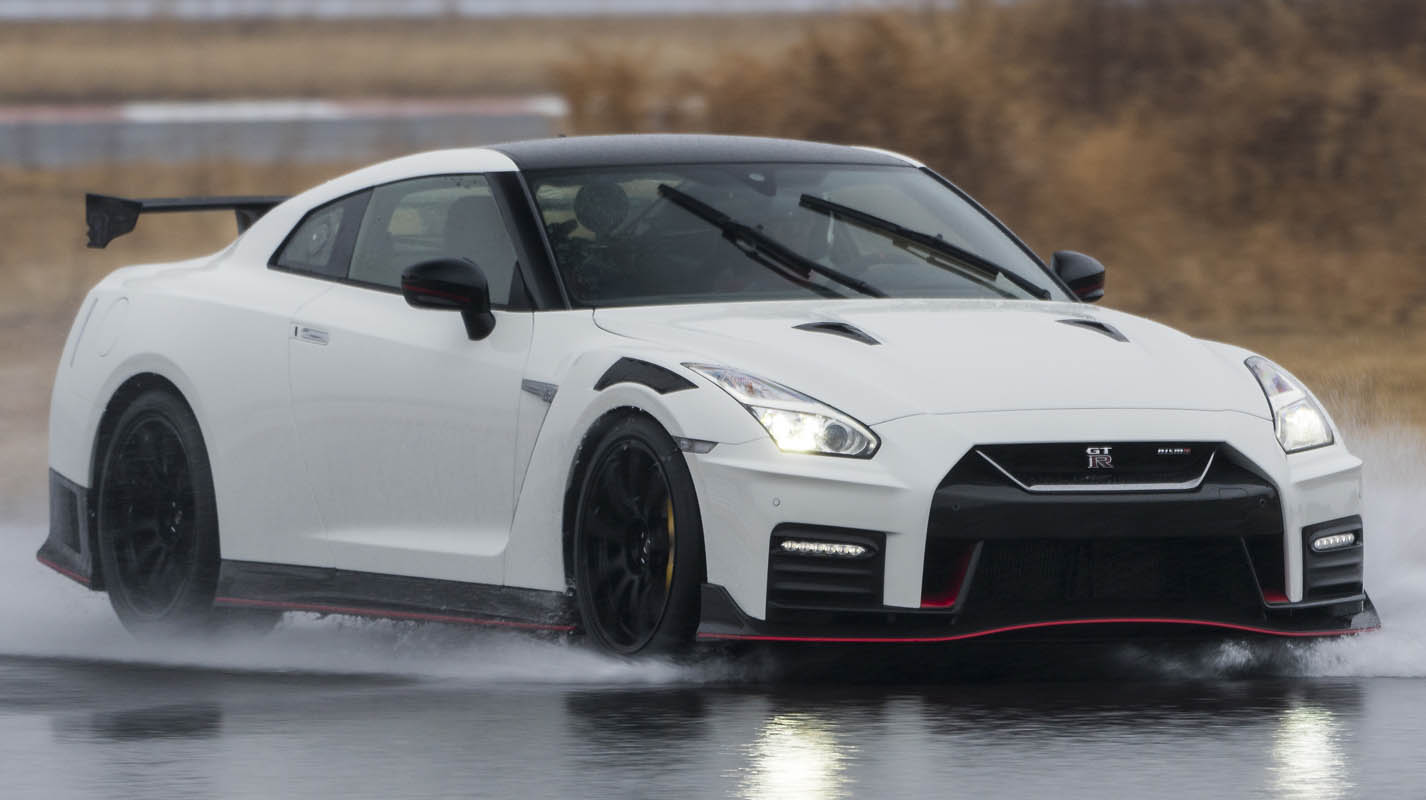