Mercedes-Benz Unveiled The Interior Of the All-New EQS SUV 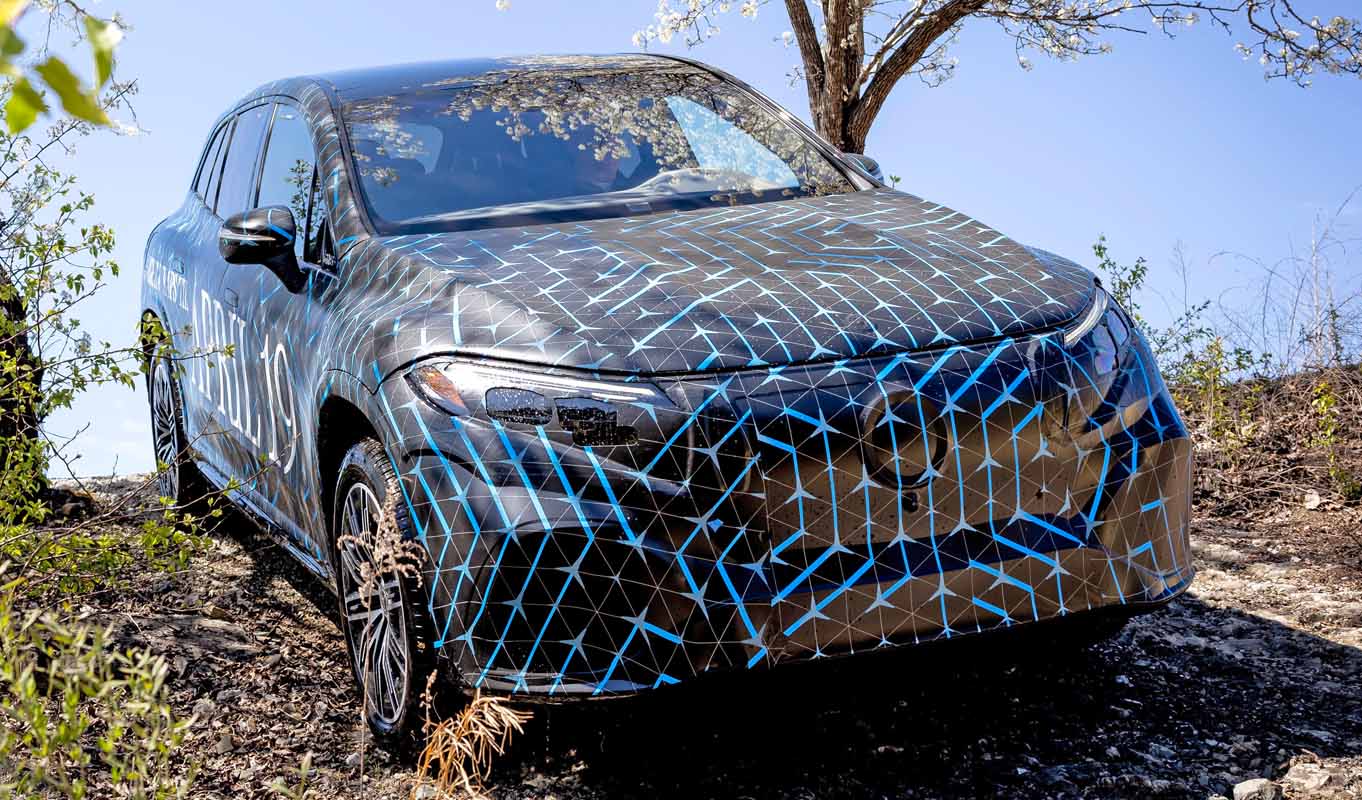 Mercedes-Benz opens a new battery plant in Bibb County, Alabama, a few months ahead of the start of production of all-electric Mercedes-EQ vehicles in the United States (U.S.). The world’s most valuable luxury automotive brand is getting ready to go all electric by ramping up production of electric cars on three continents. The new U.S. battery factory underscores the importance of the United States within the Mercedes-Benz global production network and the status of Alabama as an export hub for luxury SUVs also in the electric era.

Mercedes-Benz will produce the EQS SUV and EQE SUV in its plant in Alabama, as part of a global push to produce all-electric vehicles at seven locations on three continents. The state-of-the-art battery factory in Bibb County will provide batteries for the new EQS SUV and the EQE SUV.

Ola Källenius, Chairman of the Board of Management of Mercedes-Benz Group AG:
“The opening of our new battery plant in Alabama is a major milestone on our way to going all-electric. With our comprehensive approach including a local cell sourcing and recycling strategy, we underline the importance of the U.S., where Mercedes-Benz has been successful for decades. We’re proud to create new, future-proof jobs to build all-electric SUVs ‘Made in the USA’ at a plant that is such an established part of our production family since 25 years.”

The Mercedes-Benz plant in Tuscaloosa, Alabama, has been the production plant for large SUVs bearing the three-pointed star since 1997. Now the plant goes electric with the EQS SUV.Mercedes-Benz is providing a first glimpse of the spacious, progressive and highly digitalized interior of the EQS SUV, ahead of the vehicle’s official world premiere on April 19th.

Mercedes-Benz Made in America

Since the 1990s, Mercedes-Benz has invested a total of more than seven billion dollars in Alabama. Of this amount 1 billion dollars was invested into the battery plant, the logistics centres and to upgrade the production line to make EV’s. Today, Mercedes-Benz U.S. International (MBUSI) employs around 4,500 people and also secures an estimated additional 11,000 jobs with suppliers and service providers in the region. Around four million vehicles have left the Tuscaloosa plant since 1997, with around 260,000 SUVs rolling off the production line in 2021 alone. Roughly two-thirds of annual production is exported, making MBUSI one of the largest exporters of automobiles from the US.

The highly flexible Mercedes-Benz production system allows different models and drivetrains to be assembled on a single production line enabling the plant to adapt to shifts in customer demand. In addition to the GLE, GLE Coupé, GLS and Mercedes-Maybach GLS two electric models will be added to the production line, equipped with batteries from the nearby Bibb County plant.

“The global Mercedes-Benz production network is digital, sustainable, efficient and flexible. Now the new battery plant, with its highly qualified and motivated U.S. workforce, will be a crucial driver of our electric vehicle roll-out plan. Team USA will play a major role in the continued success of Mercedes-Benz and we are proud that our new electric SUVs will also be built here in Alabama for global markets,” said Jörg Burzer, Member of the Board of Management of Mercedes-Benz Group AG, responsible for Production and Supply Chain Management.

Also taking part in the opening ceremony for the battery plant in Bibb County were Kay Ivey, the Governor of Alabama, and other high-ranking regional and international guests. “With the production launch of the ground-breaking M-Class 25 years ago, Mercedes-Benz helped put our state on the cutting-edge of automotive manufacturing,” Governor Kay Ivey said. “Today, with the opening of this new battery plant, Alabama is helping Mercedes accelerate its production of industry leading electric vehicles. We’re proud to call Mercedes a partner, and we’re excited about the future that we are building together in Alabama.” 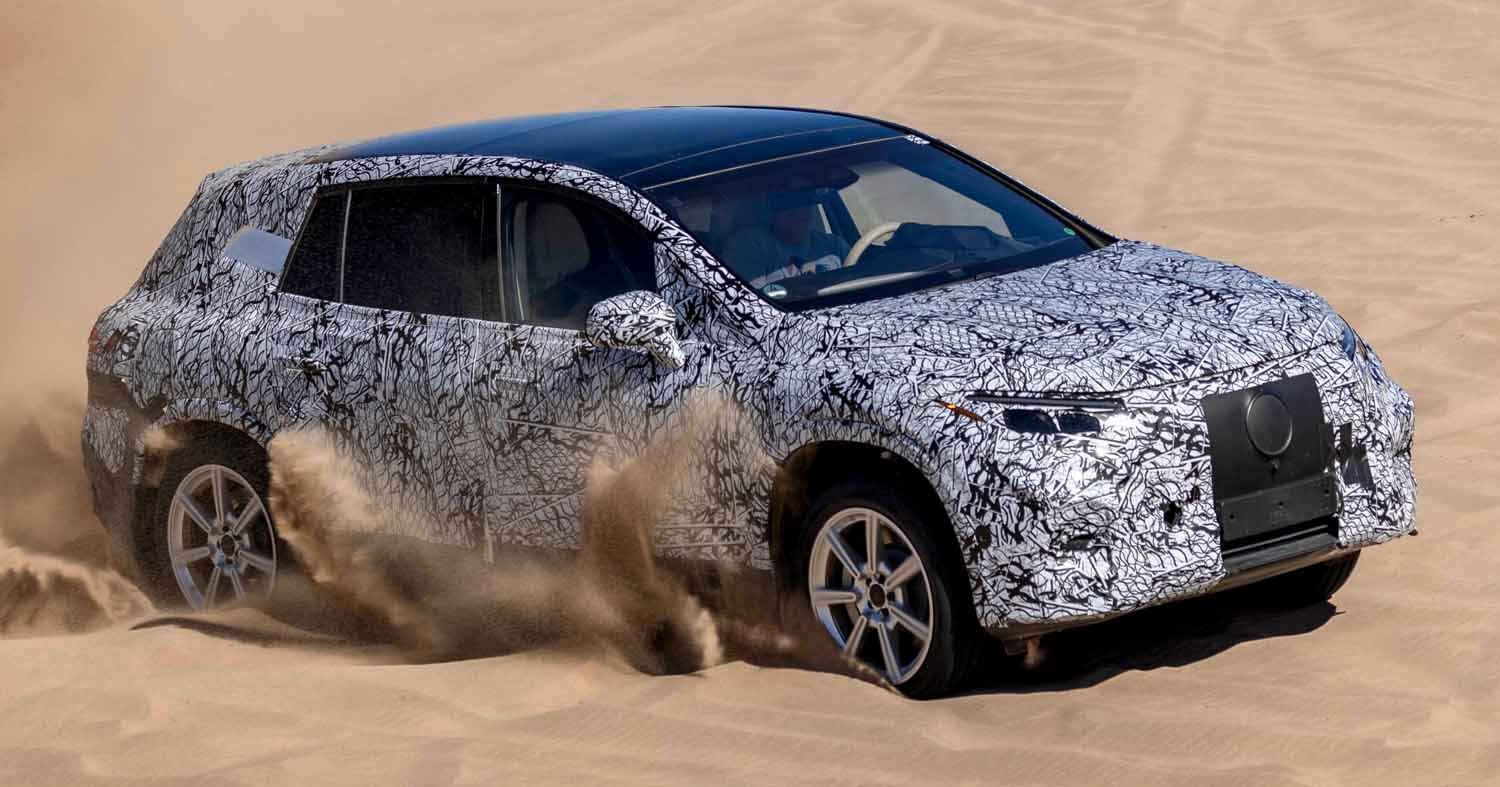 Production of the high-performance lithium-ion batteries for the EQS SUV and EQE SUV is CO2-neutral. High-performance lithium-ion batteries are assembled into a complete system on a production line around 300 meters long with more than 70 work stations. Using a fully digitalized production process, a variety of components are combined, including up to twelve cell modules and the so-called EE compartment, for the intelligent integration of the power electronics. Up to 600 new jobs will be created in Bibb County.

The battery system, which will be fitted to the 7-seater EQS SUV, employs a modular design already seen in the EQS and EQE and uses highly advanced cell chemistry containing nickel, cobalt and manganese in a ratio of 8:1:1. The reduction of cobalt content to around ten percent, in addition to the CO2-neutral production of the batteries, enhances sustainability.

With the new plant, Bibb County becomes part of the Mercedes-Benz global battery production network which stretches factories on three continents including in Kamenz, Germany, Beijing China, Bangkok Thailand, Jawor Poland and Stuttgart, Germany. The individual factories supply local vehicle production and, if necessary, are ready for export. Mercedes-Benz is investing more than one billion Euros in the development of the global battery production network.

New safety and training concepts were developed for the employees at the plant. Mercedes-Benz attaches particular importance to training when it comes to operational and occupational safety. For example, every team member who has access to the battery plant must complete a comprehensive high-voltage safety training course. Mercedes-Benz spends a great deal of time and effort on these training courses, especially as the training is repeated regularly.

Mercedes-Benz will be ready to go fully electric by the end of the decade – wherever market conditions allow. To reach its target the company, together with partners, plans to build eight cell factories worldwide with a production capacity of 200 Gigawatt hours by the end of the decade. Mercedes-Benz will expand its partnerships with the world’s leading battery technology companies.

In order to localize important suppliers, Mercedes-Benz is partnering with one of the world’s leading battery technology companies Envision AESC. Envision AESC will supply the Mercedes-Benz battery factory in Bibb County with high-performance battery modules from a new plant within the U.S., supplies will commence from mid of the decade.

“To be the leading luxury brand also in an all-electric future, Mercedes-Benz is accelerating the roll-out of its EQ models. This year our portfolio will include nine fully electric Mercedes-EQ models globally, and we have further exciting new products in the pipeline. Establishing a strong battery cell partner network in accordance with our global production strategy is a very important milestone on our way to CO2-neutrality,” said Markus Schaefer, Member of the Board of Management of Mercedes-Benz Group AG, Chief Technology Officer, responsible for Development and Procurement.

“Envision AESC will be a major supplier securing capacity for the next generations of our Mercedes-EQ products built in the U.S. in the years to come. With Envision AESC’s net-zero carbon solutions and battery technology, this new cooperation underlines our holistic approach regarding our sustainable value chain and allows us to secure supplies, to take advantage of economies of scale, and to provide our customers with superior battery technology.” 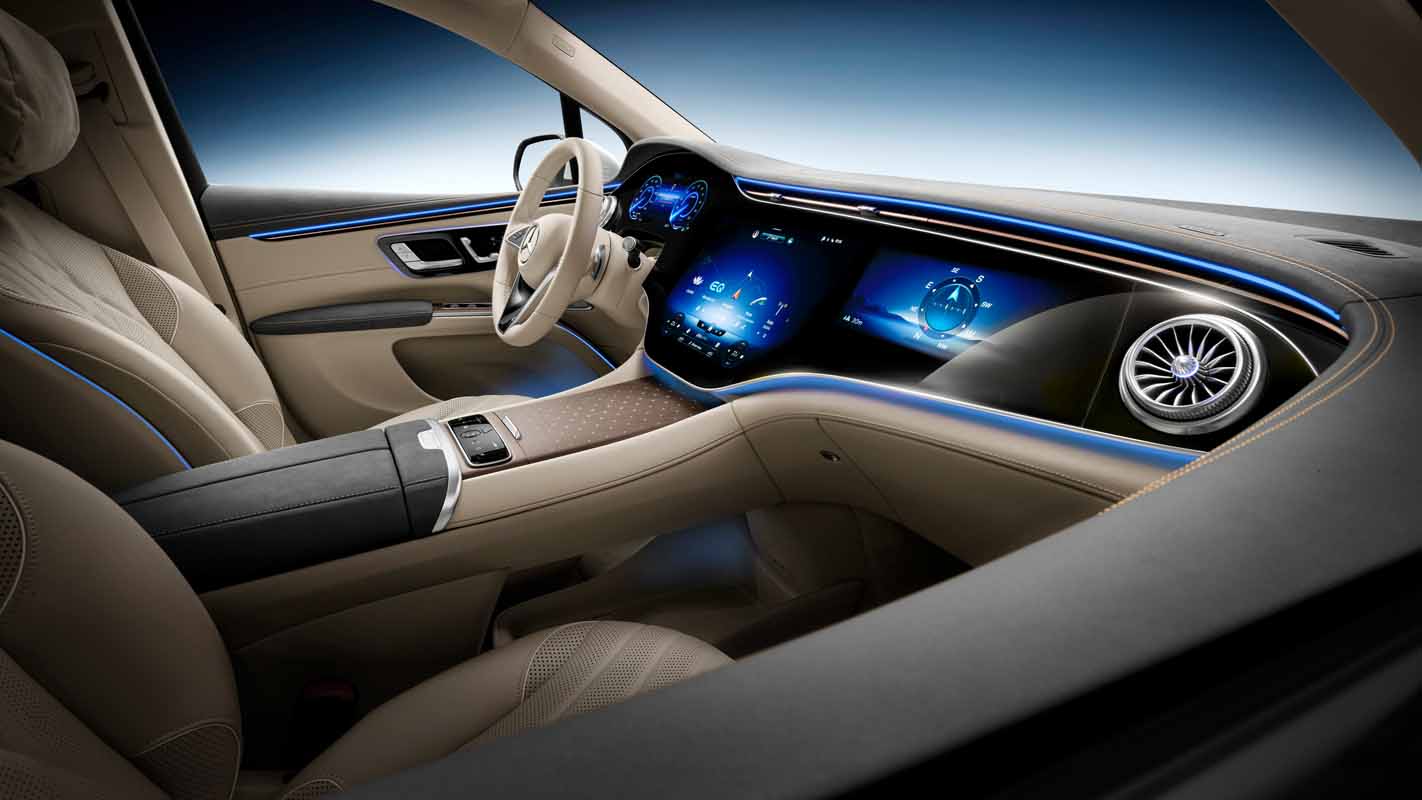 Thanks to its high flexibility and a comprehensive digitalization with the MO360 digital production ecosystem, Mercedes-Benz is ready to ramp-up and integrate Mercedes-EQ models into series production at its existing plants. This becomes evident, for example, at the “marriage”, the connection of body and drivetrain. The so-called “fullflex marriage” consists of several modular stations which make the connection of different drivetrain variants, and their respective vehicle bodies, possible on the same assembly line.

Production efficiency has been significantly increased through comprehensive digitalization with MO360, the digital Mercedes-Benz production ecosystem. Process and quality improvements can monitored and be implemented across Mercedes-Benz passenger car plants thanks to the networked and connected production system.

“Our team here in Tuscaloosa plays a major role in the global success of Mercedes-Benz. We are proud that not only the new all-electric EQS SUV and EQE SUV are being built here in Alabama for markets worldwide, but also their high-performance batteries,” Michael Goebel, Head of Production North America and President and CEO of Mercedes-Benz U.S. International.

Celebrating its world premiere on April 19th, the new EQS SUV will be the first all-electric luxury SUV and the third model based on Mercedes-Benz’s dedicated electric vehicle architecture. With a luxurious interior it is set to redefine an entire segment. Its interior combines the progressive design, refinement and comfort that customers love about the EQS sedan with the space and versatility of the popular large-SUV concept. The look-and-feel is a sumptuous fusion of digital luxury and innovative new trim elements, while the so-called “purpose design” of the electric-vehicle architecture delivers exceptionally generous SUV interior dimensions. Paired with the optional third-row seating and electrically adjustable second row, this offers a level of flexibility to fit the full breadth of customer needs with luxury and style.

The interior design pursues a consistent vision of digitalisation, expressed most impressively by the optional MBUX Hyperscreen, first launched in the EQS sedan. This 56-inch curved screen sweeps nearly the entire width of the vehicle cabin. The MBUX Hyperscreen includes the instrument cluster, infotainment and passenger display in a seamless design. This blends perfectly with the extreme proportions of the band above it incorporating the distinctive air-conditioning vents, and the seemingly free-floating centre console below.

Comprehensive sustainability was a central element of the planning criteria, starting with the highly energy-efficient design of the building itself. For instance, solar thermal energy is used to heat water, while rainwater capture and use helps conserve precious natural resources. Further sustainable initiatives include the intelligent and highly efficient control of LED lighting and ventilation in the battery assembly area. These are augmented by air conditioning systems that take advantage of environmentally friendly refrigerants and modern, energy-saving process technology. Meanwhile, forklifts are powered by hydrogen instead of diesel fuel.

In line with a the Mercedes-Benz strategy of expanding renewable energy production at its plants, the Bibb County site’s entire electricity needs will be met through renewable energy sources from 2024 onwards once planned solar energy projects gain approval.

Additionally, Mercedes-Benz has entered into a five-year partnership with The Nature Conservancy worth more than $600,000 to support the Working Woodlands site in northeast Alabama. Working Woodlands is committed to preserving, restoring and promoting sustainable forestry and nature-based approaches. This also includes the protection of wildlife. The long-term project also contributes to the fulfilment of Mercedes-Benz’s sustainable business strategy “Ambition 2039” to have a CO2-neutral vehicle fleet by 2039. 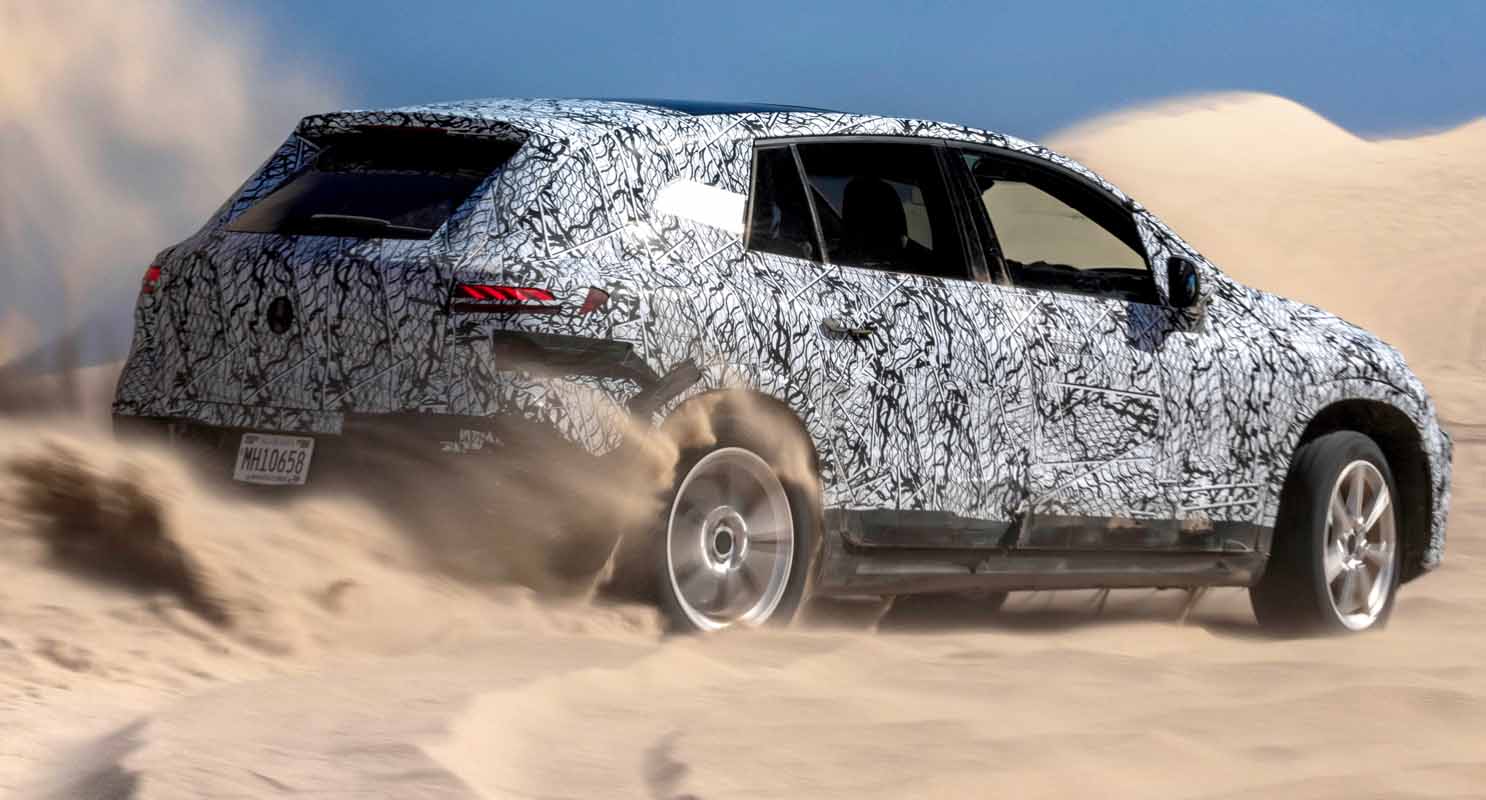 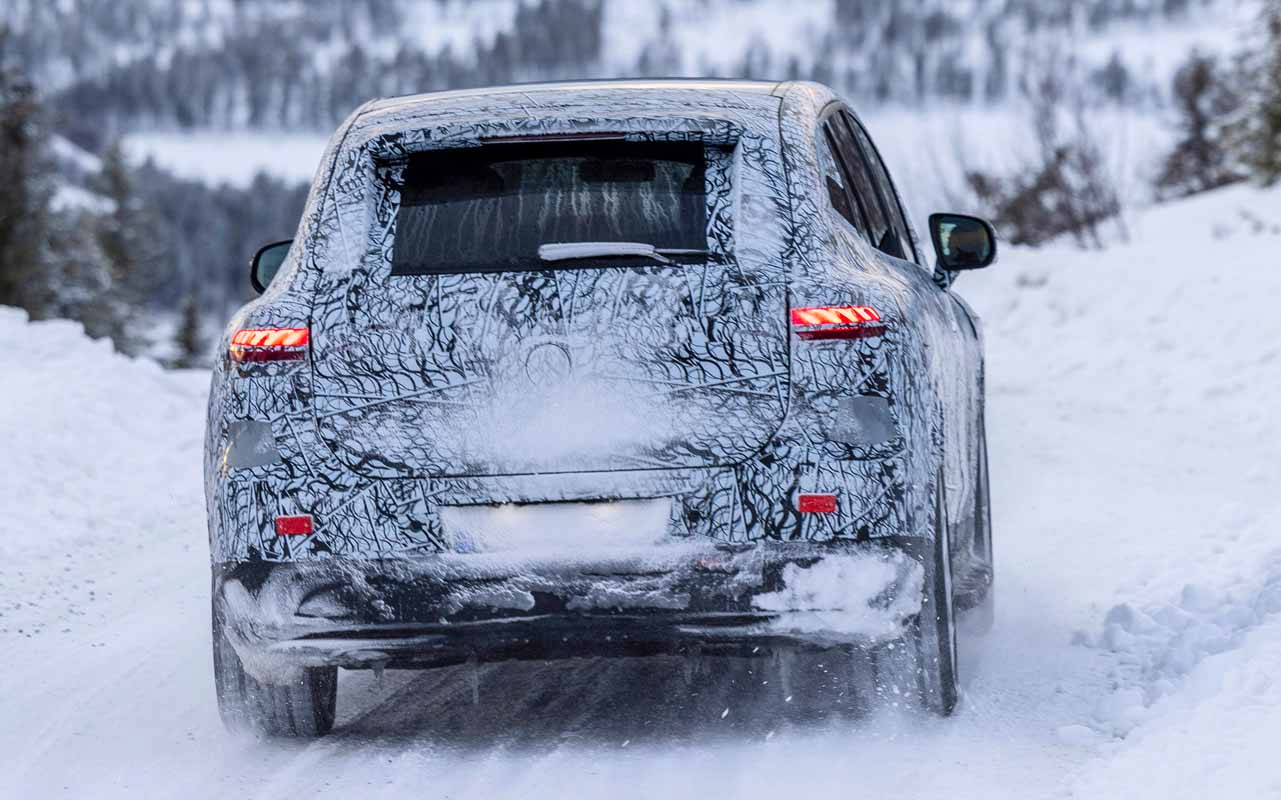 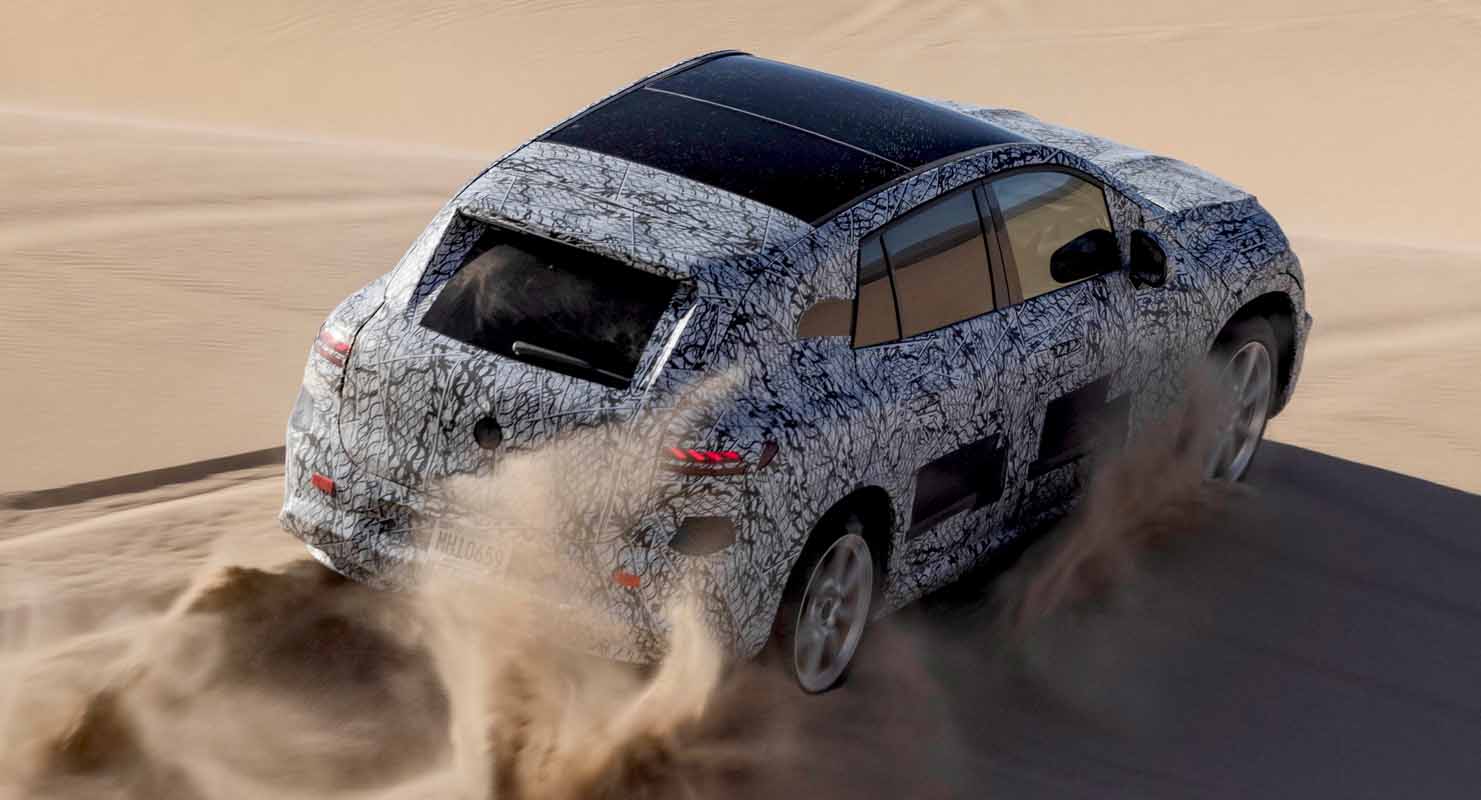 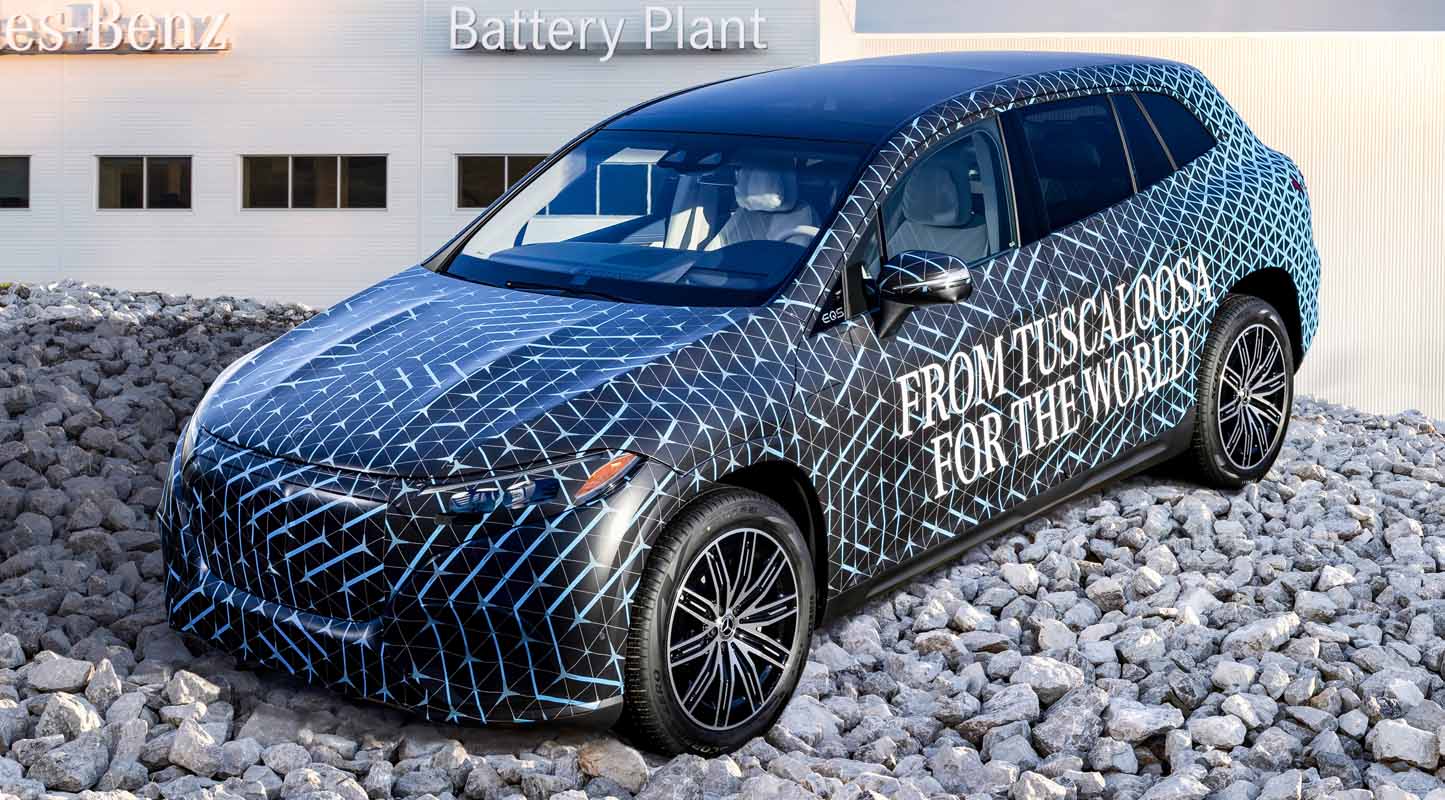 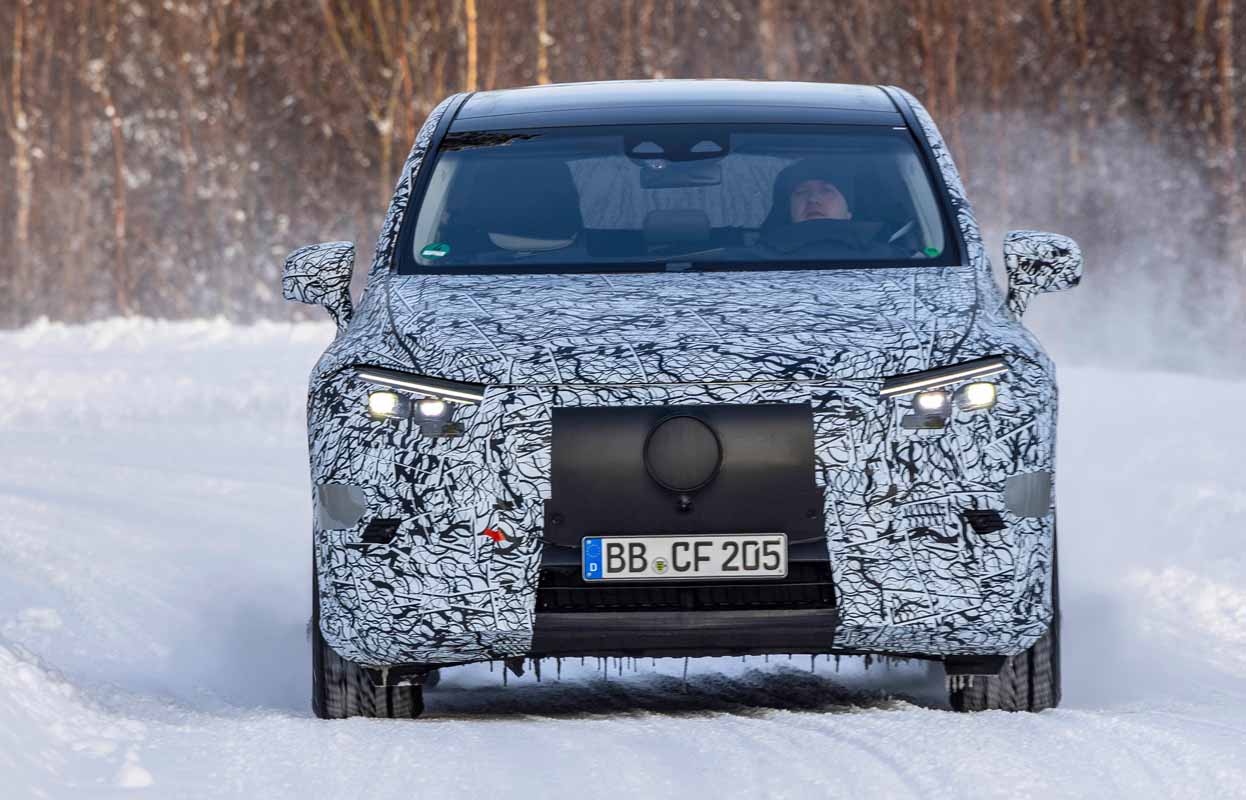 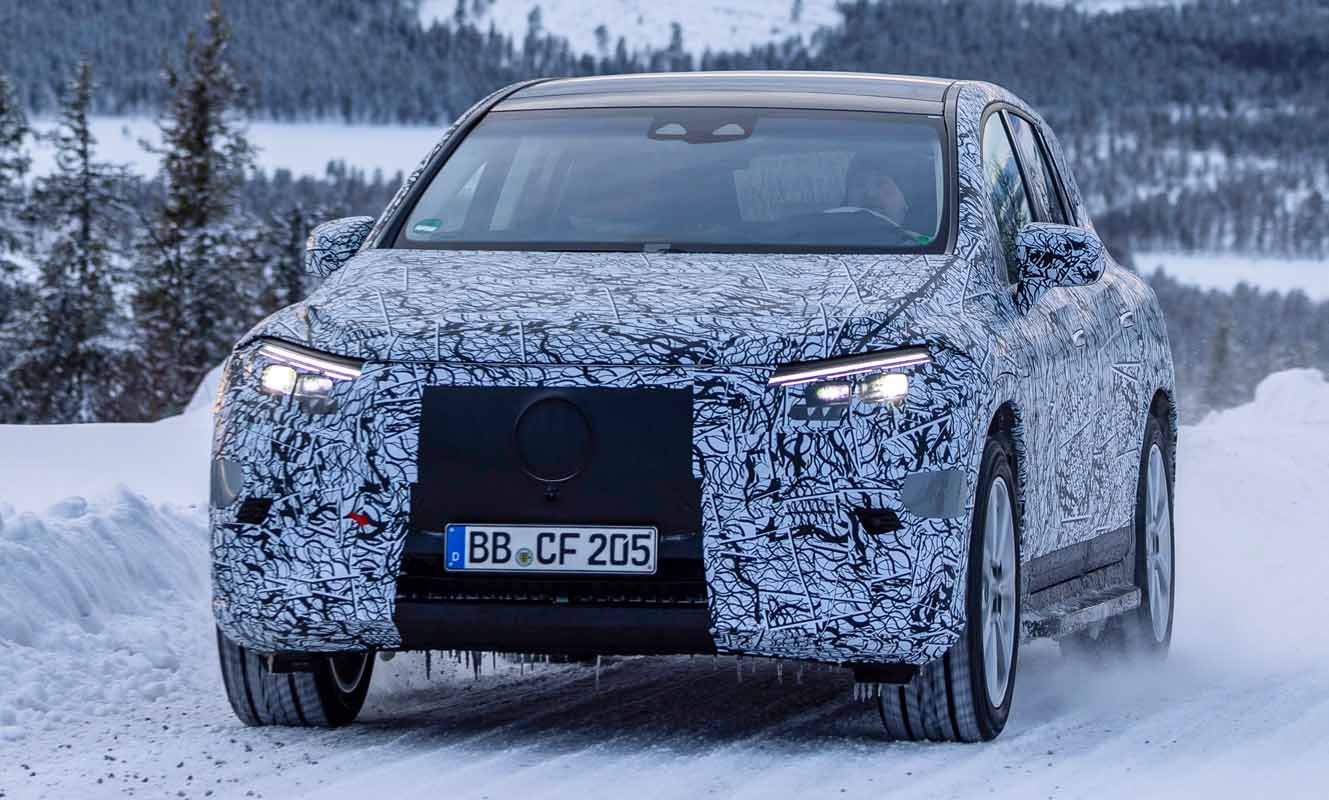 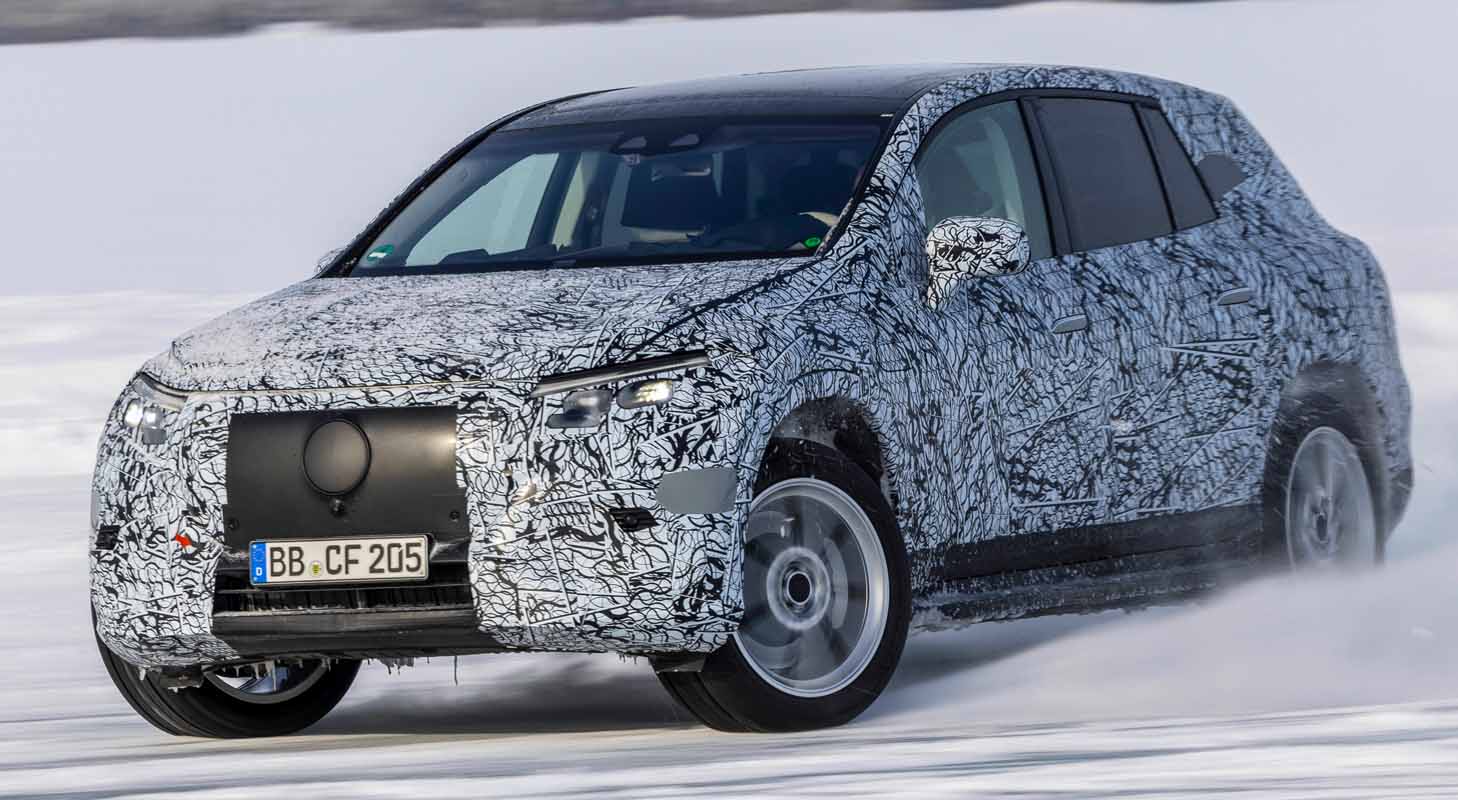 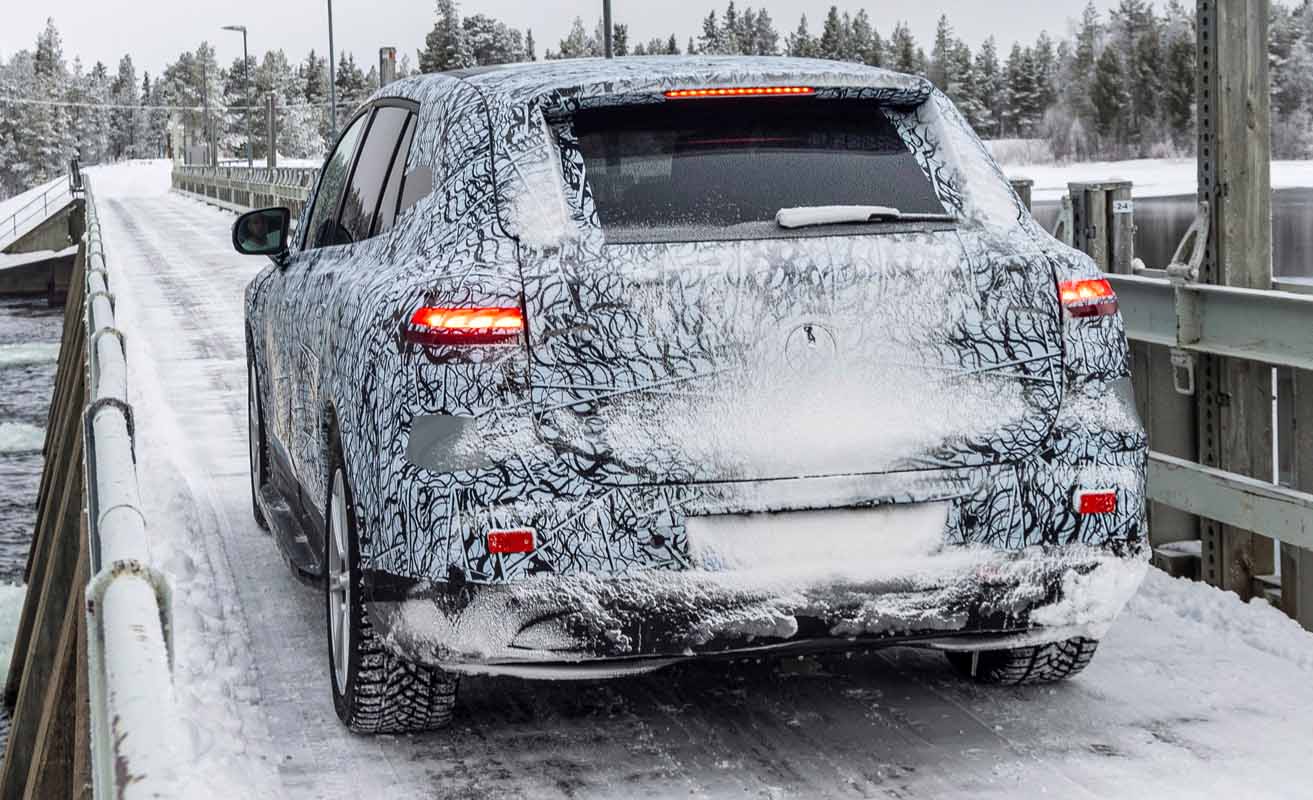 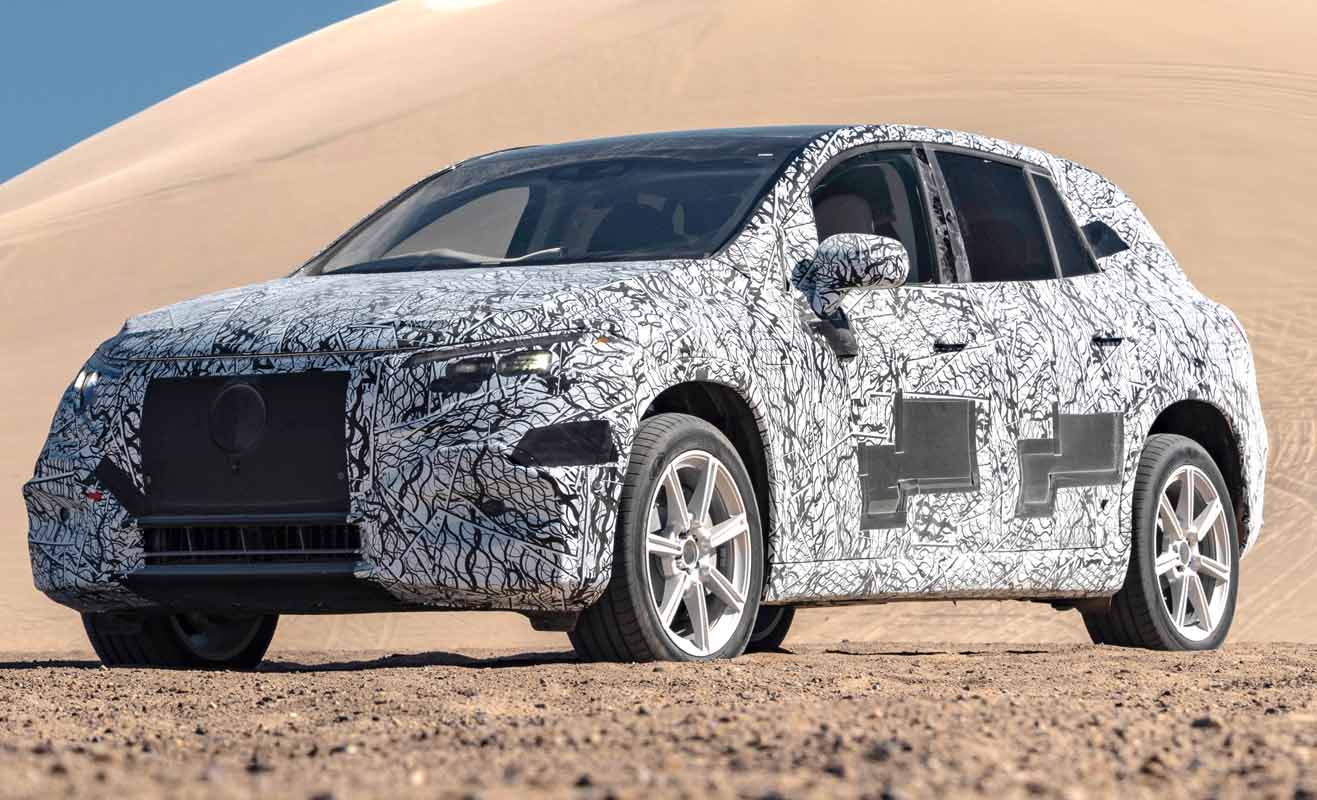 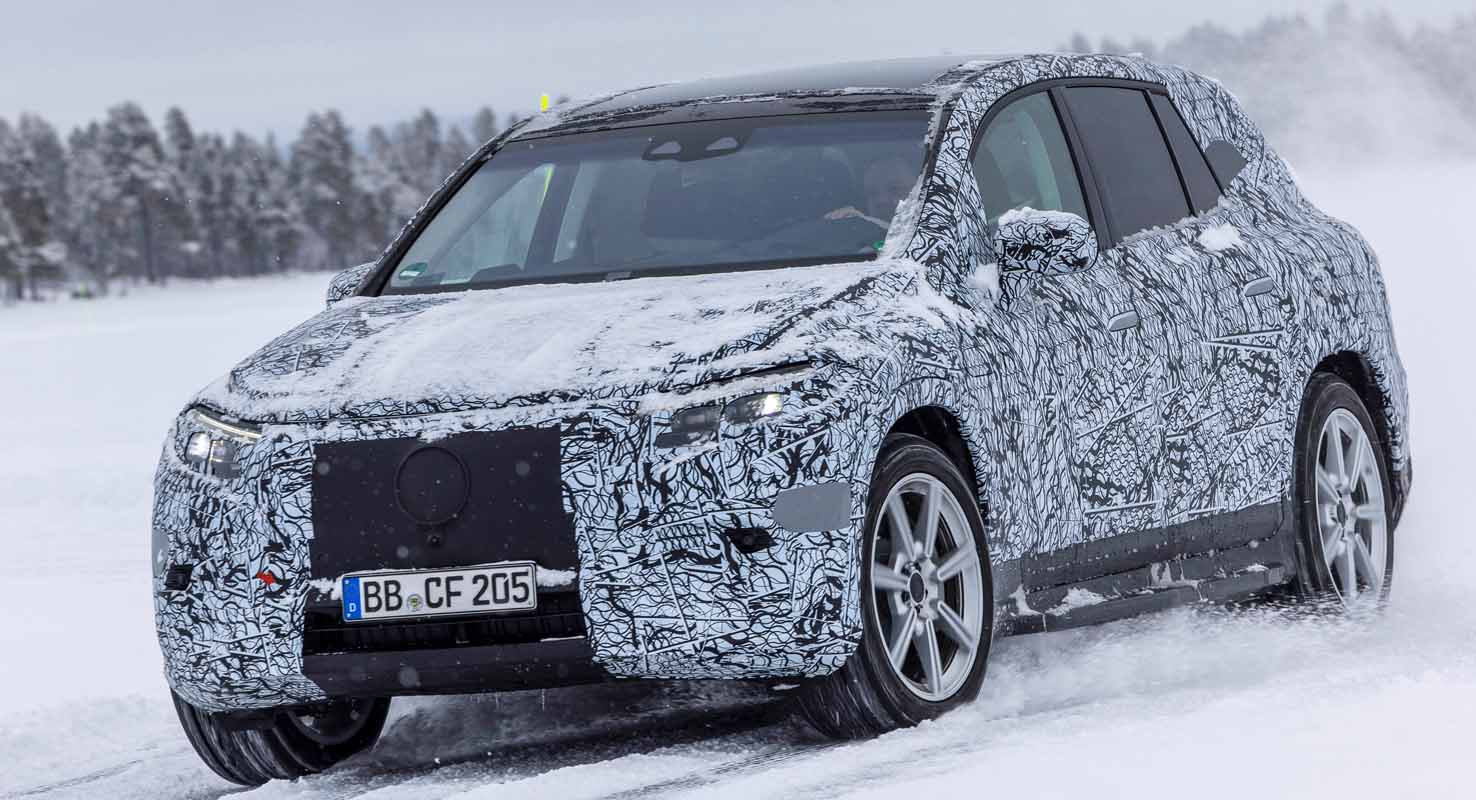 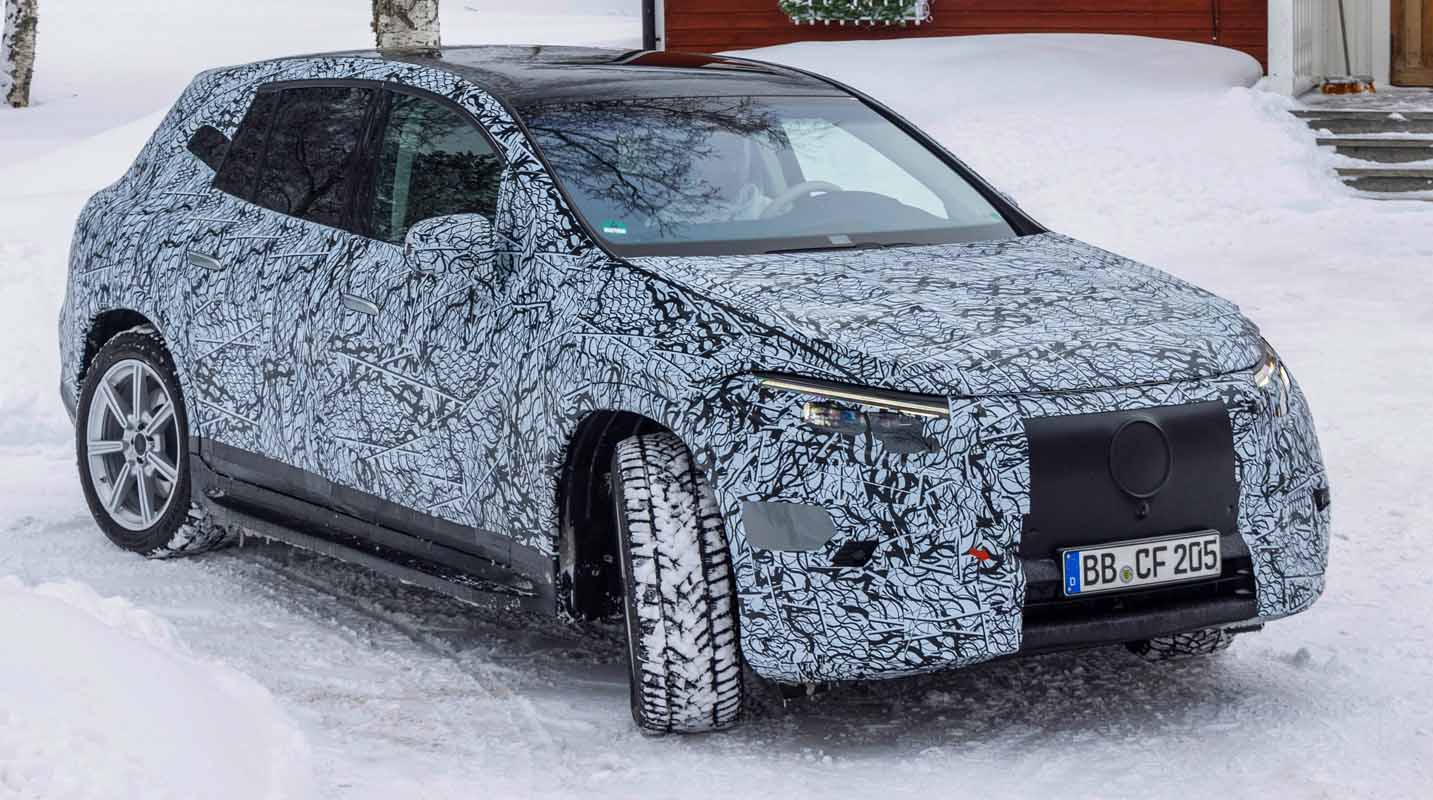 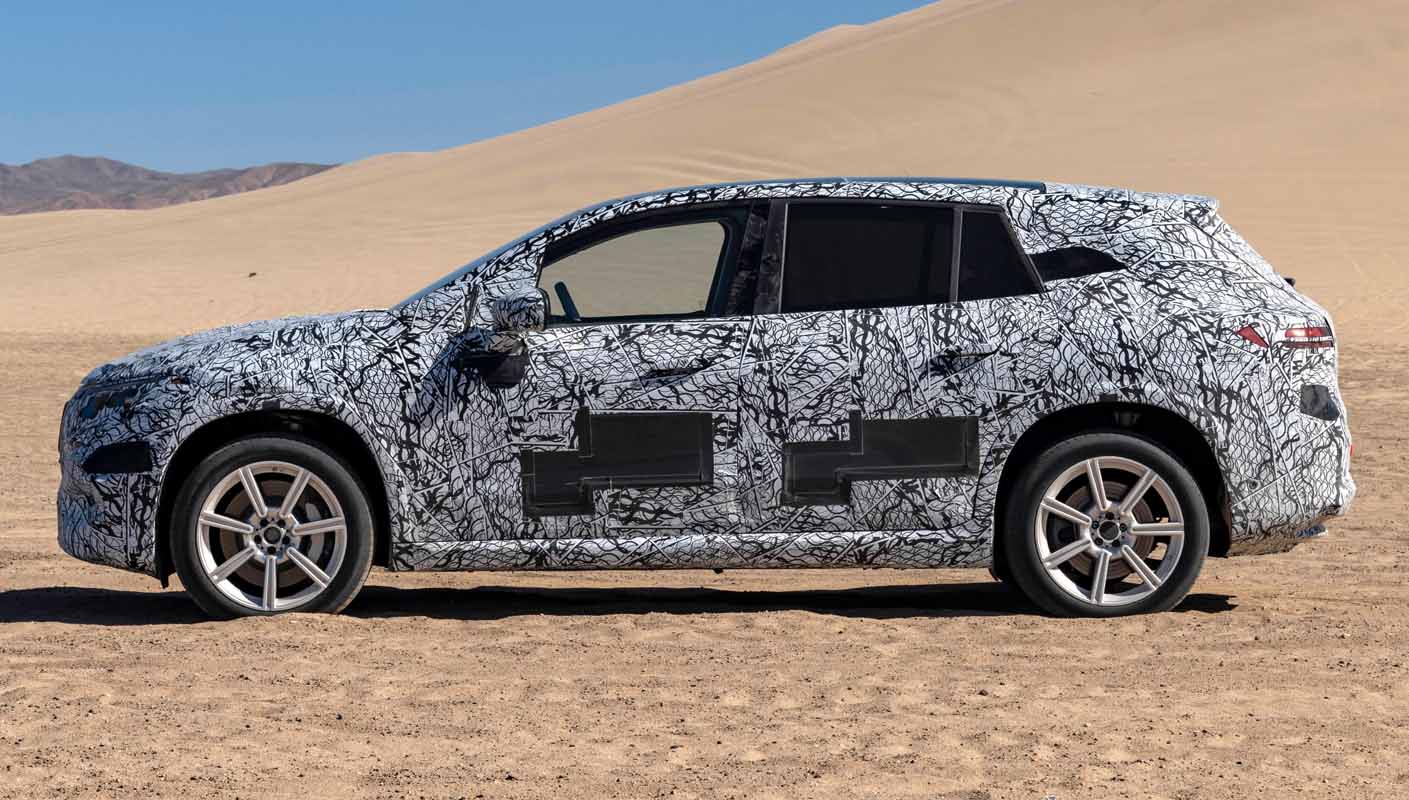 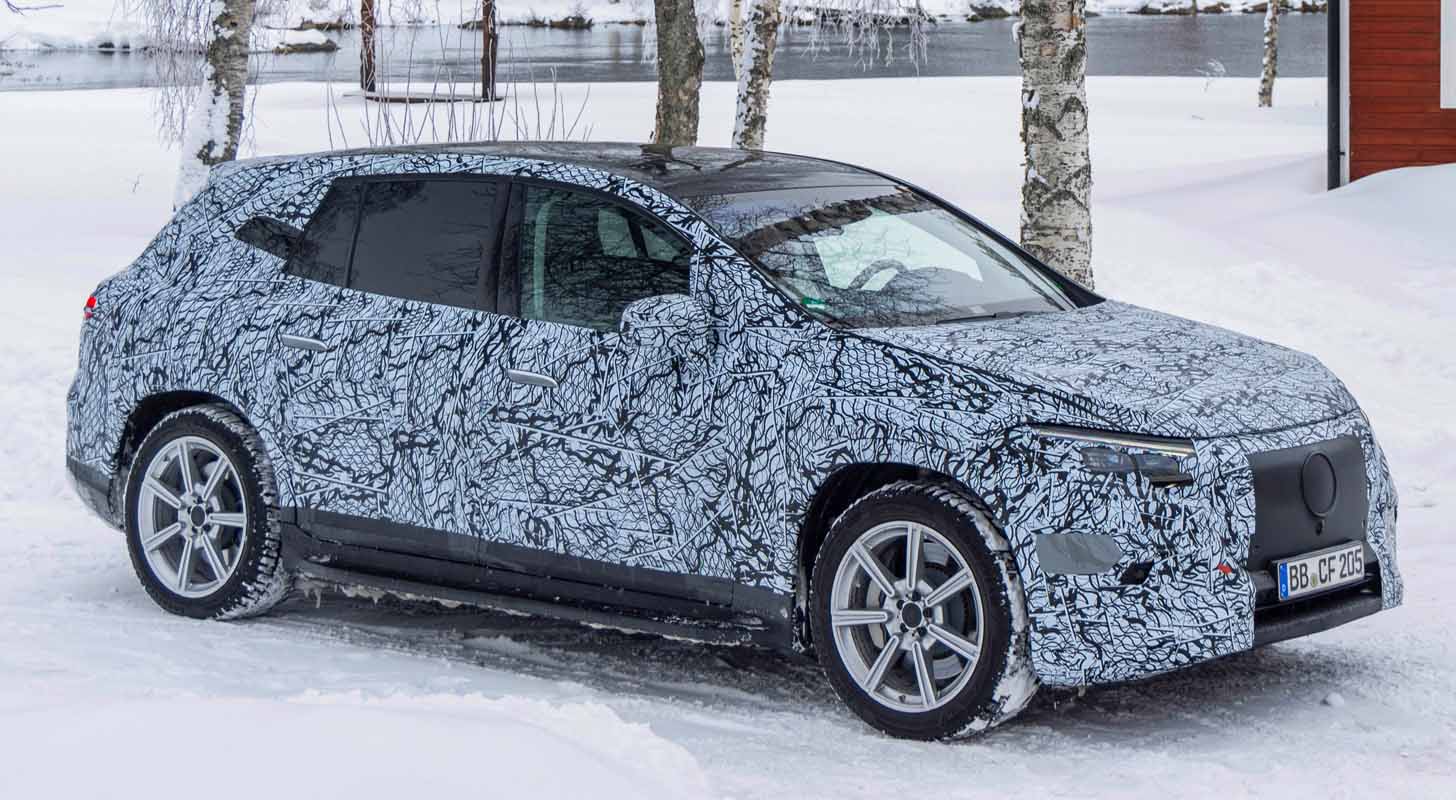 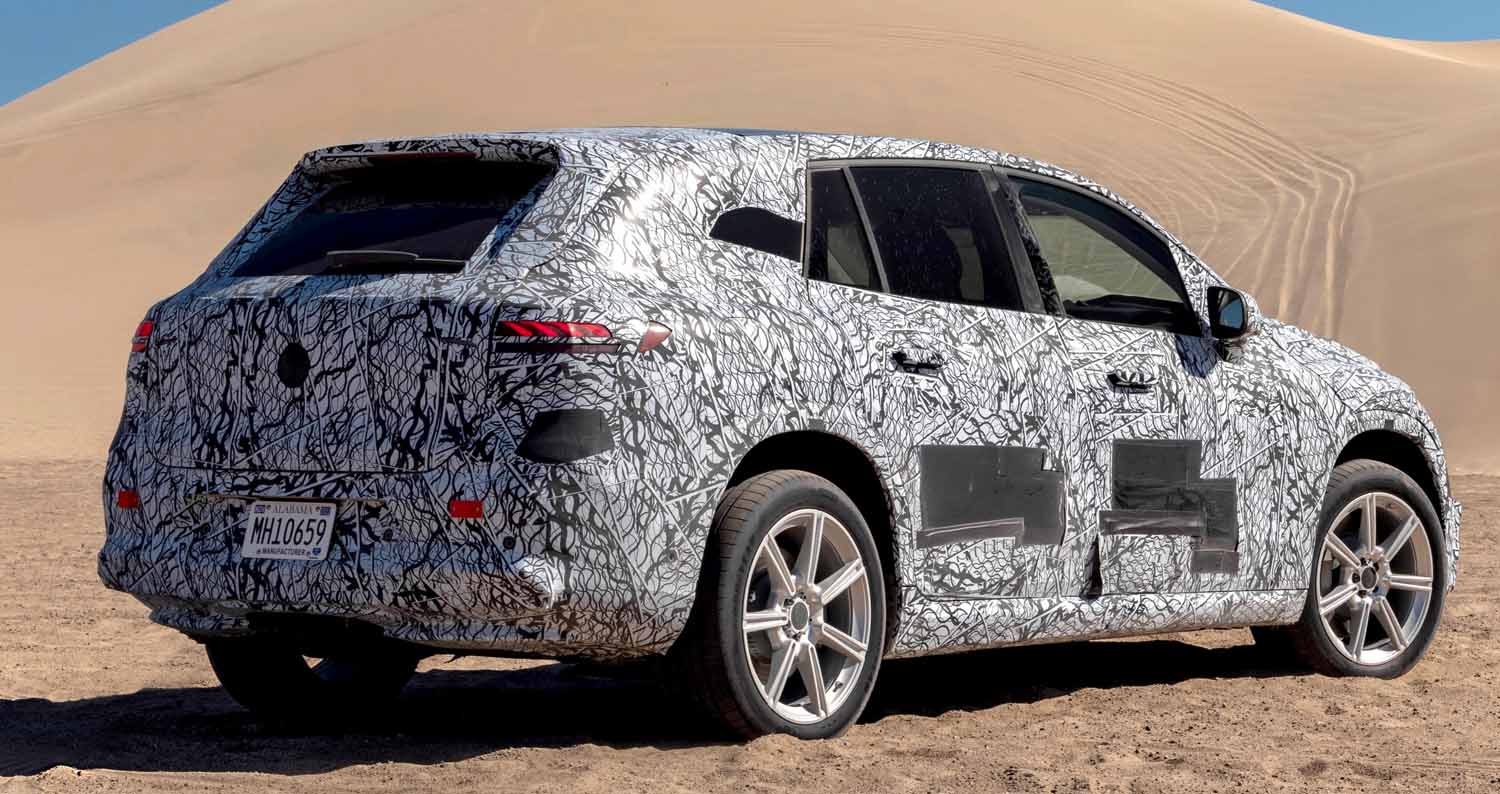 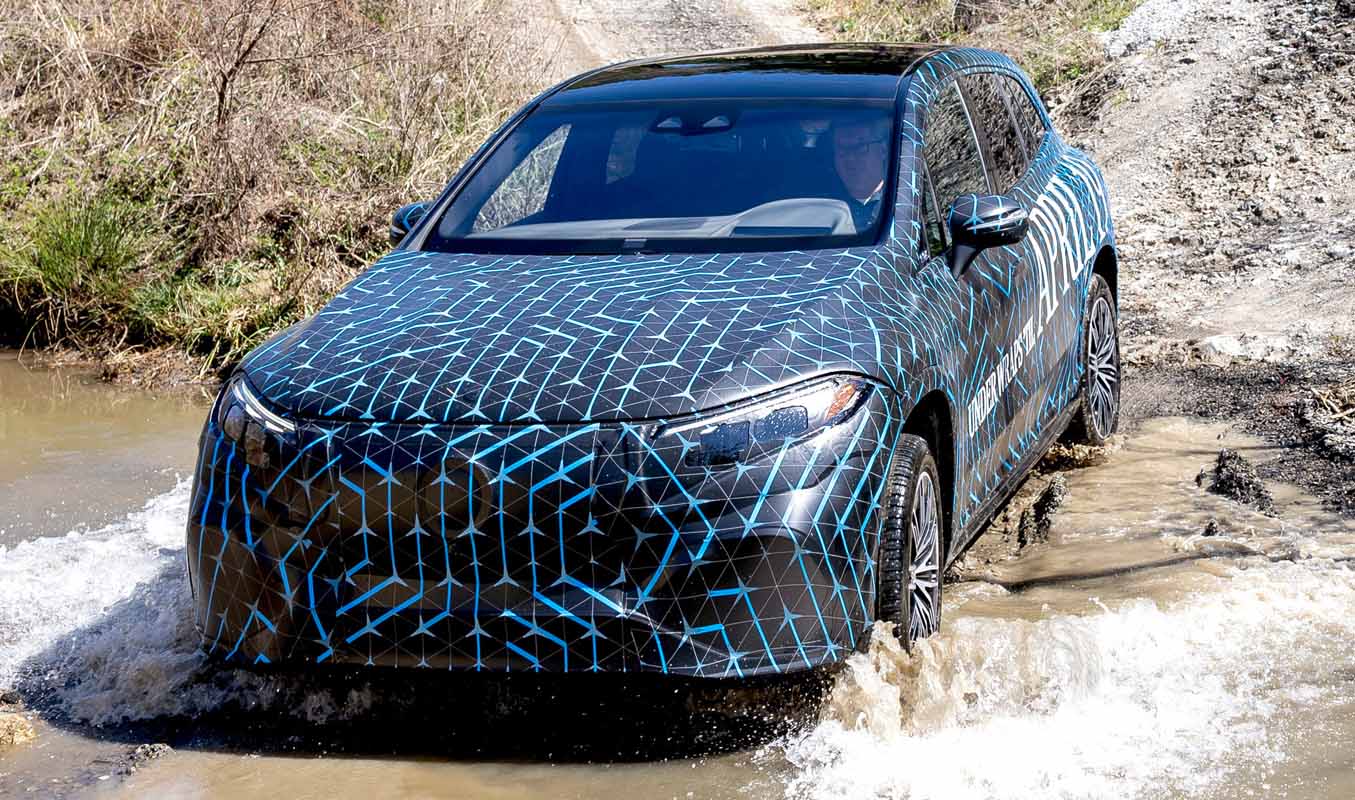 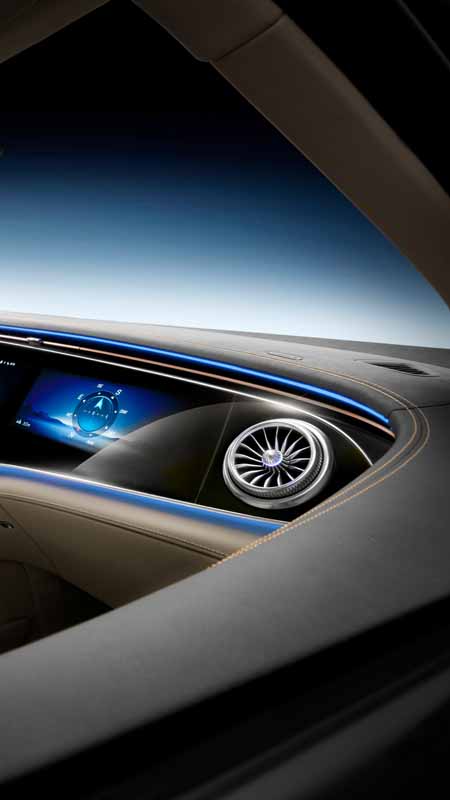 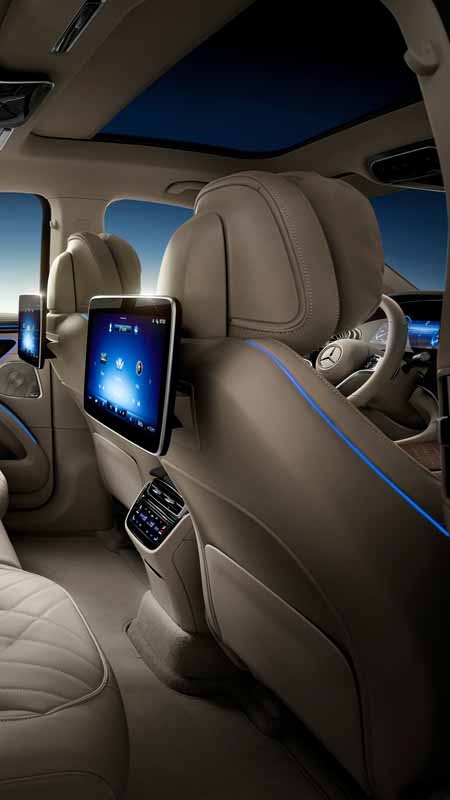 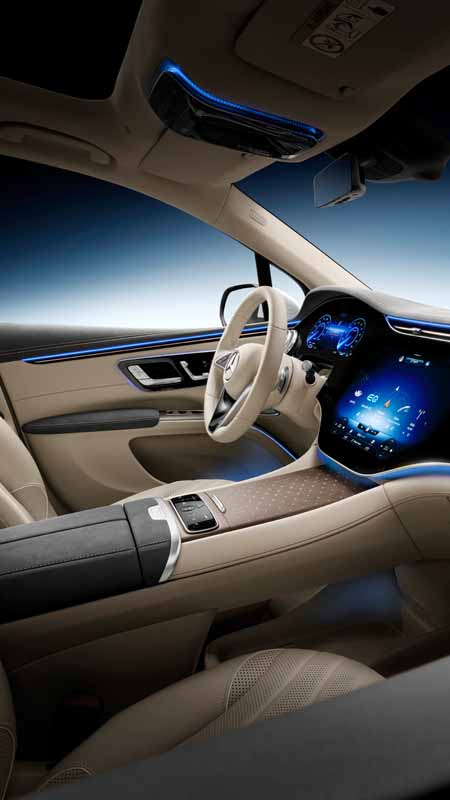 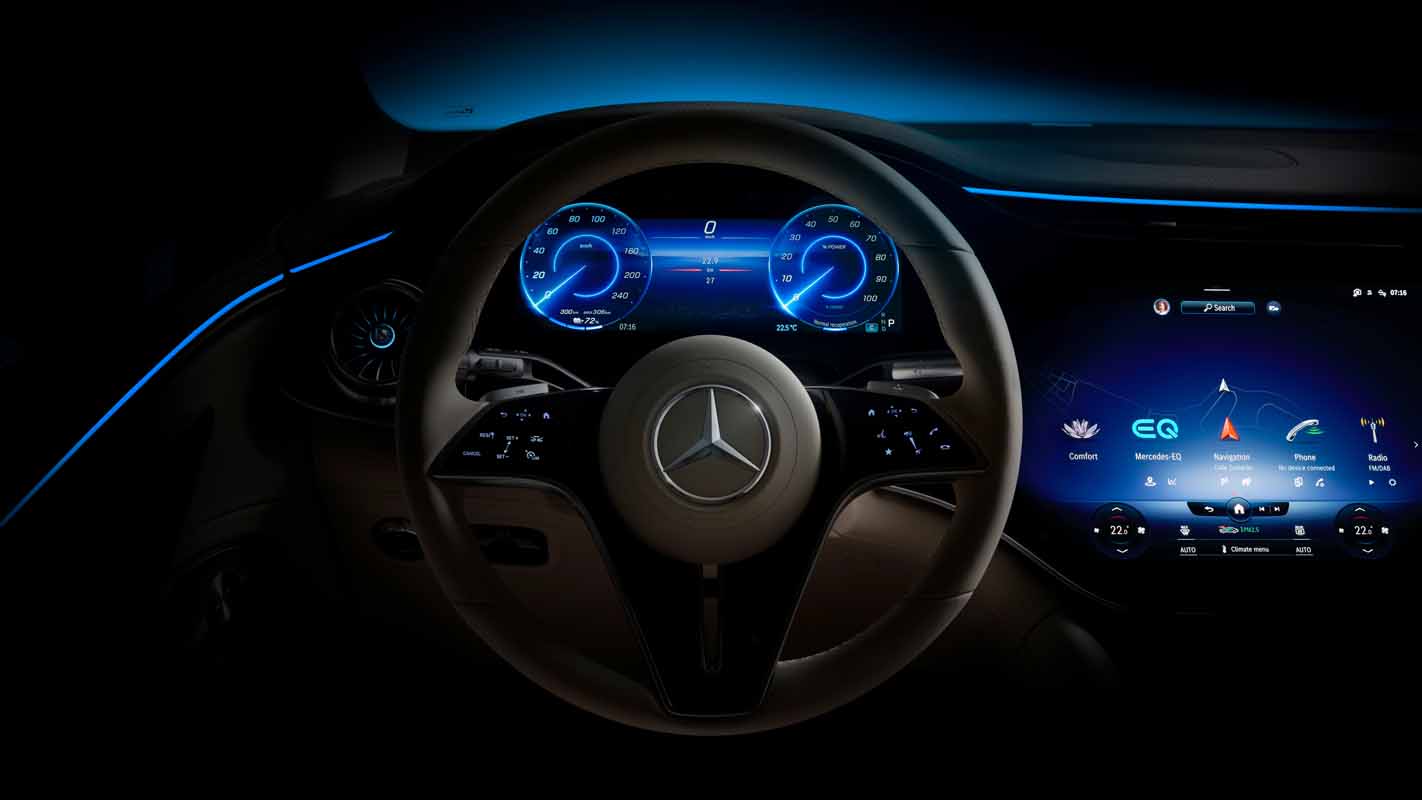 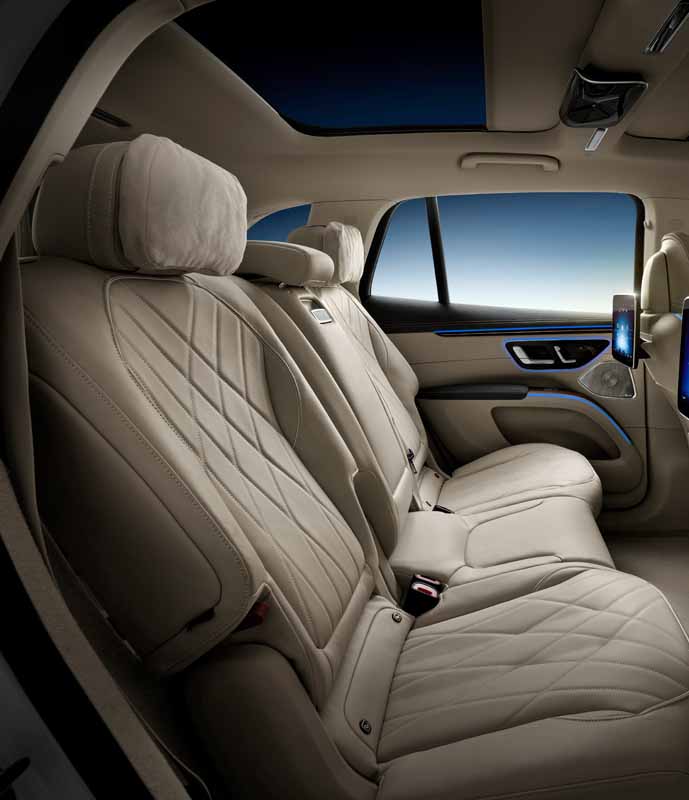 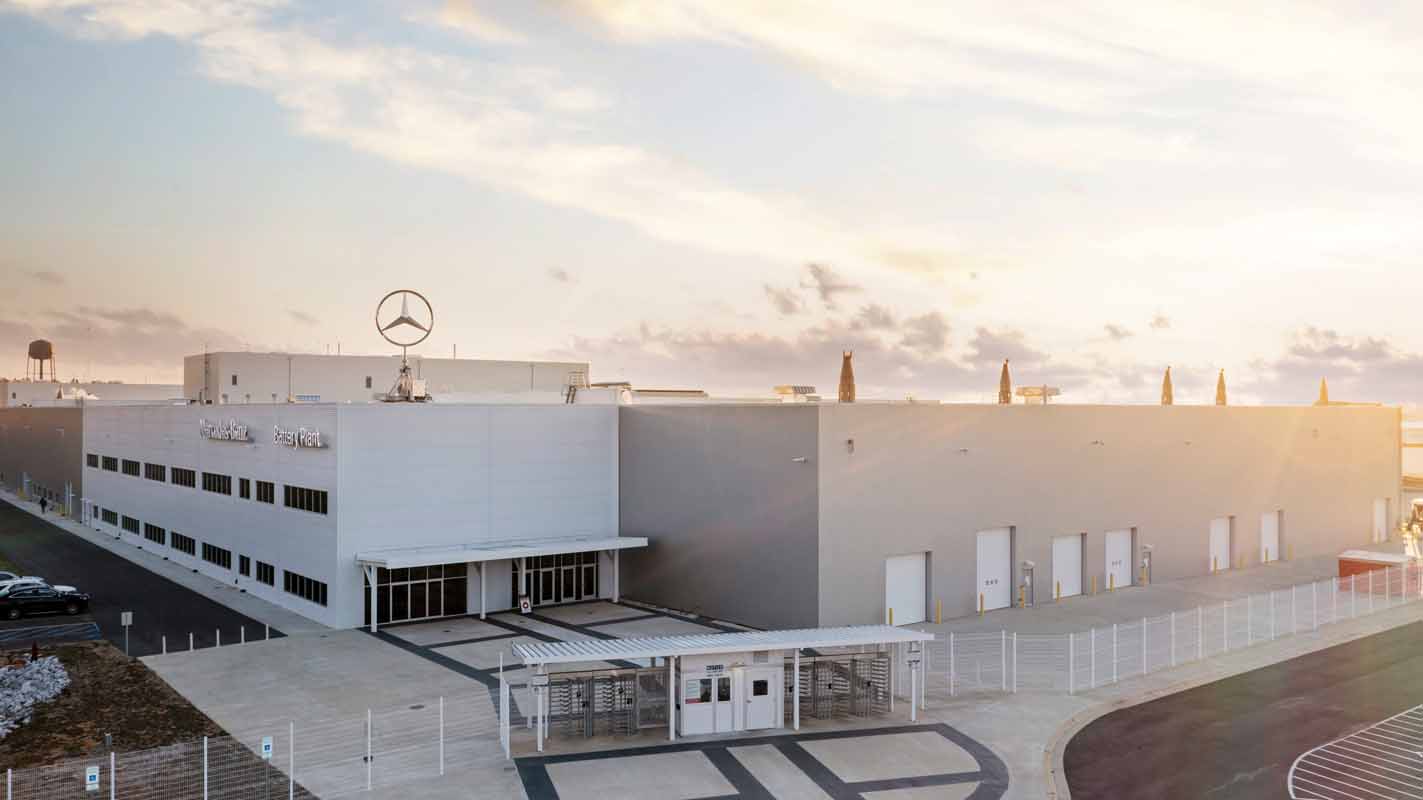 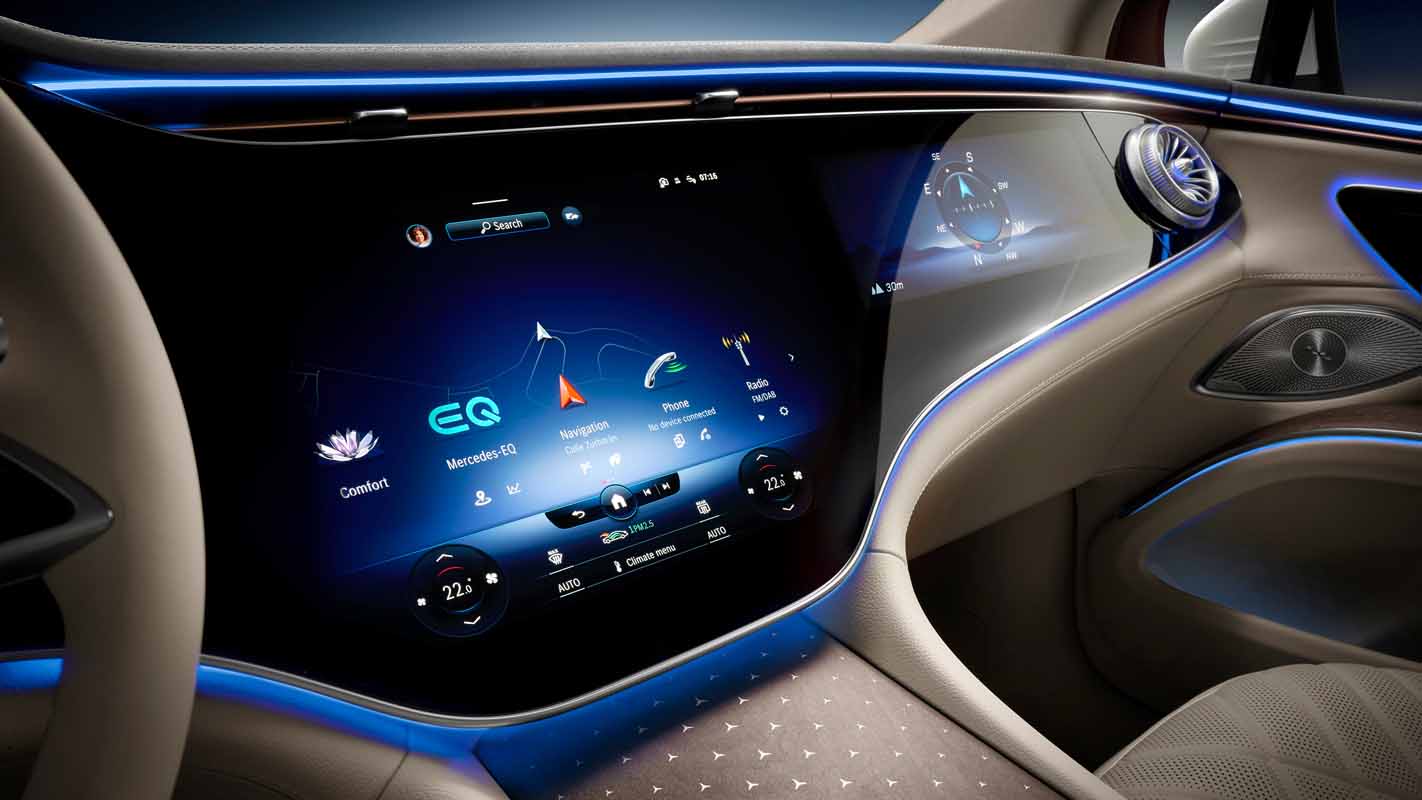 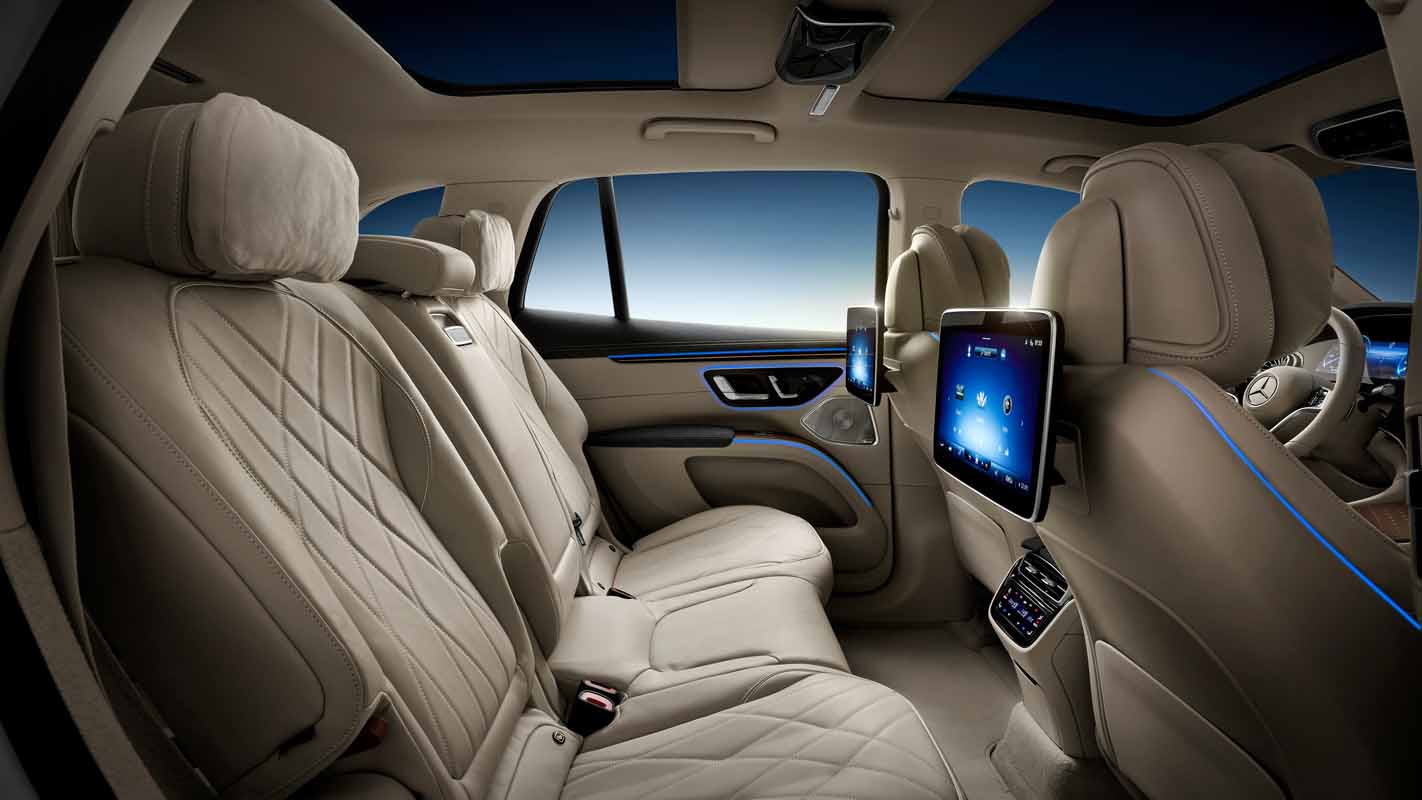 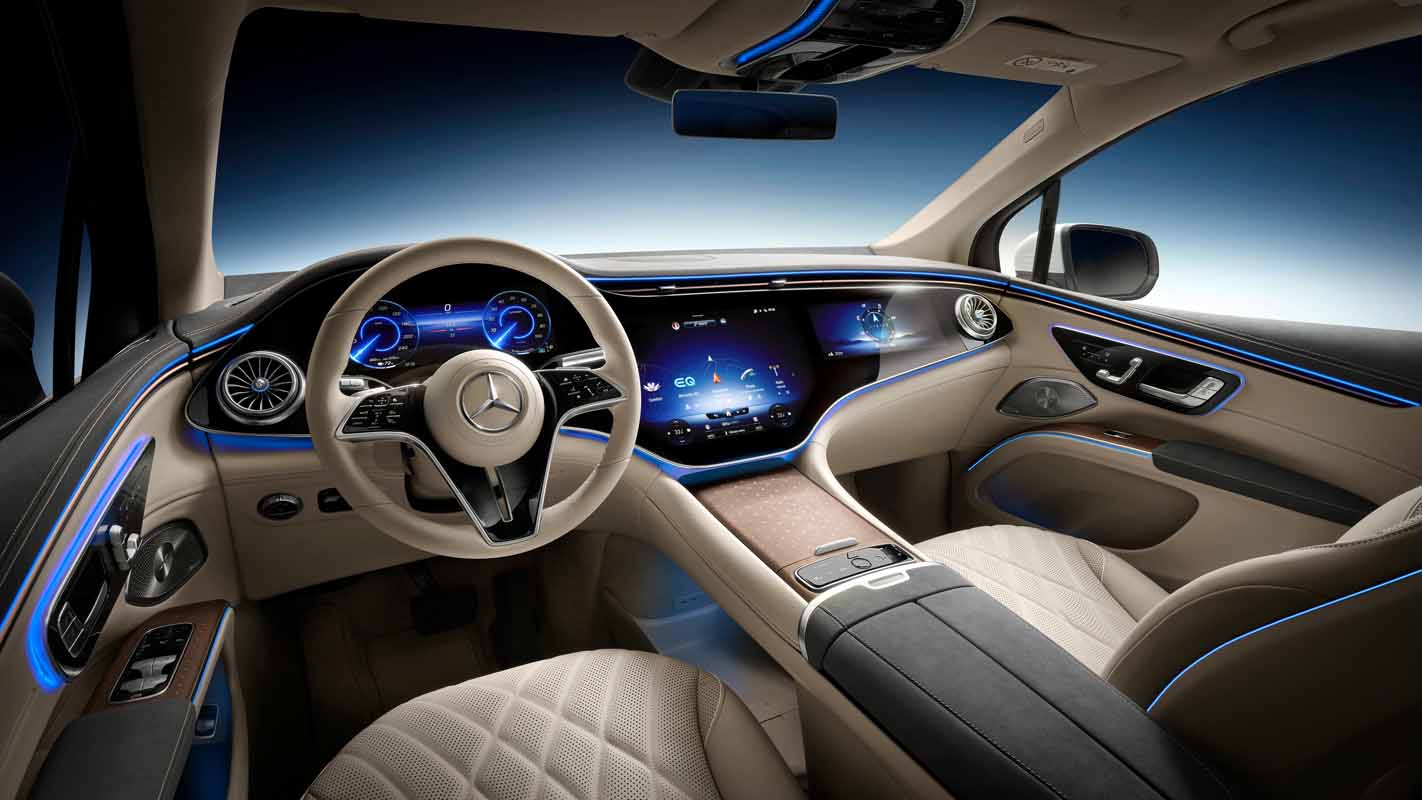