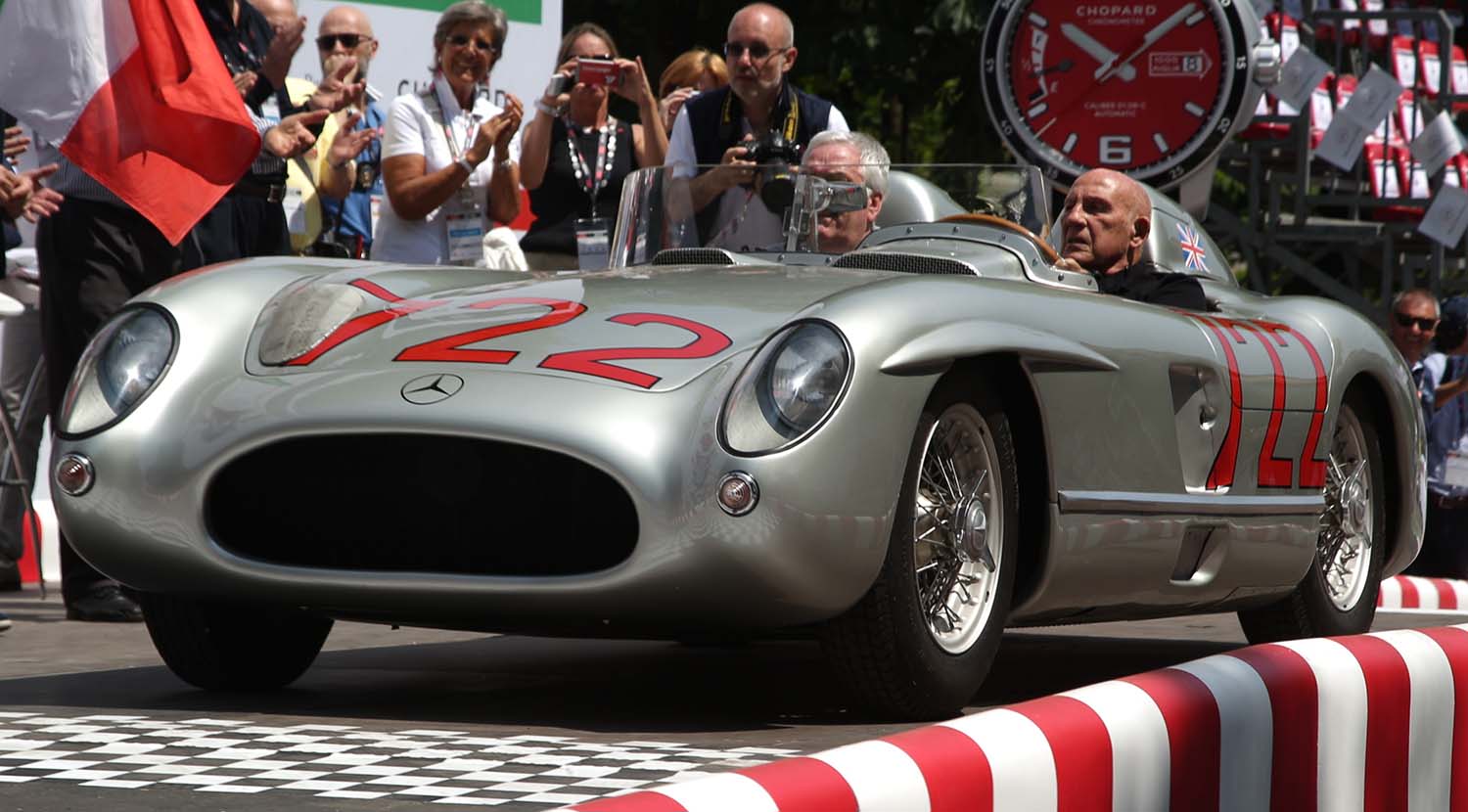 Sir Stirling Moss is unforgotten. In his honour, Mercedes-Benz Classic will present the 300 SLR (W 196 S) at exclusive appearances in England in the summer of 2021. This is the most famous racing car used by Englishman Stirling Moss: with starting number 722, the Stirling Moss/Denis Jenkinson team won the legendary Mille Miglia in 1955 with a record set up for eternity.

It took them just 10 hours, 7 minutes and 48 seconds to cover the 1,000 miles from Brescia in northern Italy to Rome and back. Their average speed of 157.65 km/h was never surpassed in this classic road race, which was held until 1957.

“As a tribute to a great man and racing driver, Sir Stirling Moss, Mercedes-Benz Classic will take the original 300 SLR ‘722’ to the UK again this year,” says Christian Boucke, Head of Mercedes-Benz Classic. The 300 SLR is initially scheduled to be on display at the Goodwood Festival of Speed from 8 to 11 July.

At the Goodwood Revival from 17 to 19 September, the two-seater racing sports car with its unmistakable sound will also be doing some fast laps. The 300 SLR is powered by an enhanced Grand Prix engine with eight cylinders, three litres of displacement and 228 kW (310 hp). Its top speed is over 300 km/h.

The Mille Miglia winner will be accompanied at both Goodwood events by a Mercedes-Benz W 196 R with exposed wheels. Juan Manuel Fangio won the Formula One World Championship in 1954 and 1955 in racing cars of this model, and Stirling Moss was runner-up in 1955.

The legendary high-speed racing car transporter, also known as the “Blue Wonder” by its fans, rounds off the two racing cars’ visit to the UK this summer. Further events in memory of Sir Stirling Moss with the 300 SLR in the UK are being planned. All measures are subject to changes according to the current situation.

It was as a result of these victories that Moss was able to make a decisive contribution to Mercedes-Benz securing the championship just ahead of Ferrari. In the Formula One World Championship, local man Moss celebrated his first of a total of 16 Grand Prix victories in the British Grand Prix at Aintree on 16 July 1955 and finished second in both the Belgian and Dutch Grand Prix.

He recovered to a large extent from the severe head injuries he had sustained, but his reaction time was not what it had been before the accident.

This was why, at the age of 32, Moss decided to end his career as an active racing driver. He became a Brand Ambassador for Mercedes-Benz and continued to drive “his” cars from the Mercedes-Benz Classic collection at many historic motorsport events right up to an advanced age. A comment he was often heard saying: “I’ve always been proud to be part of the Mercedes-Benz family.” 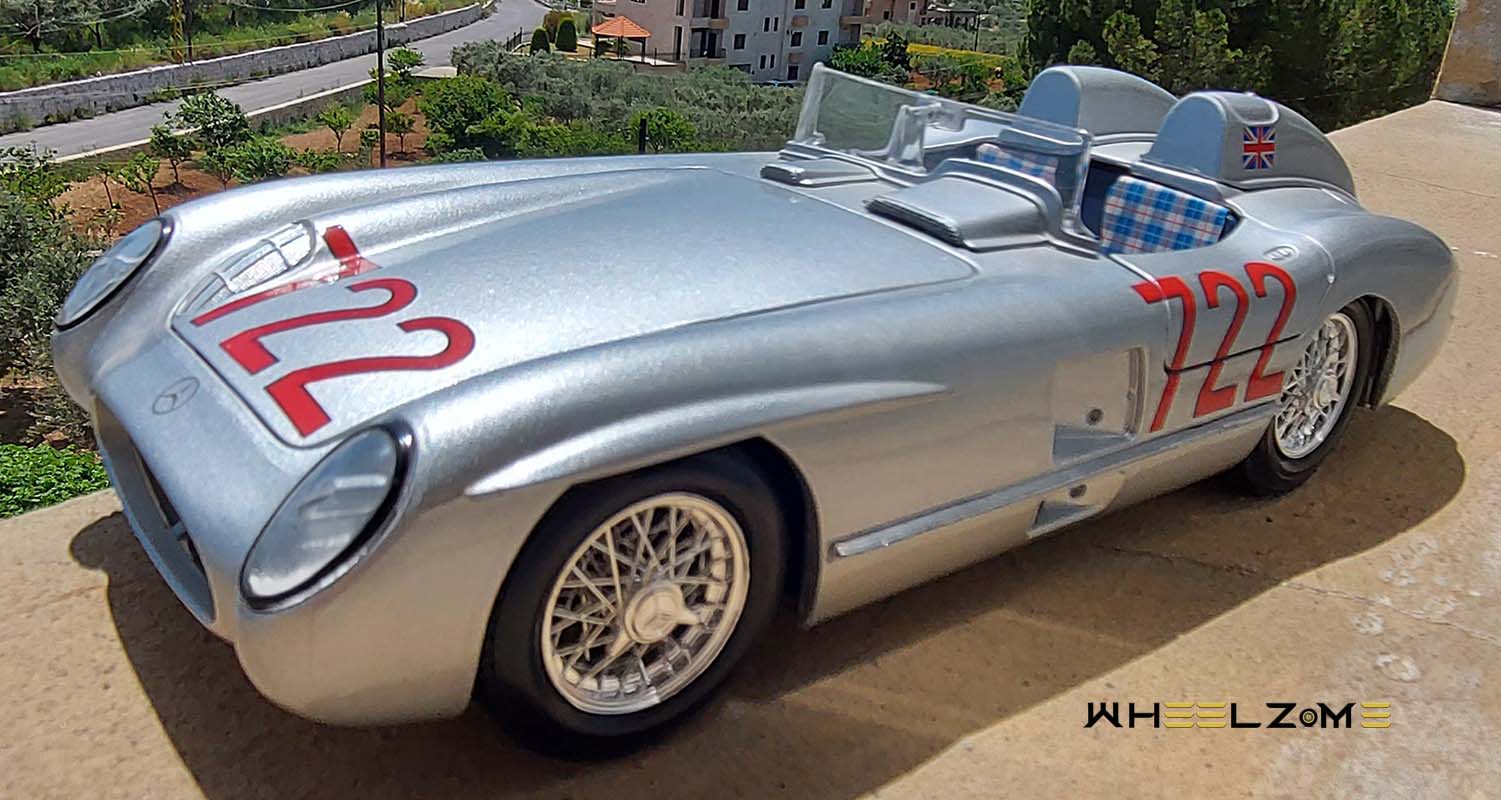 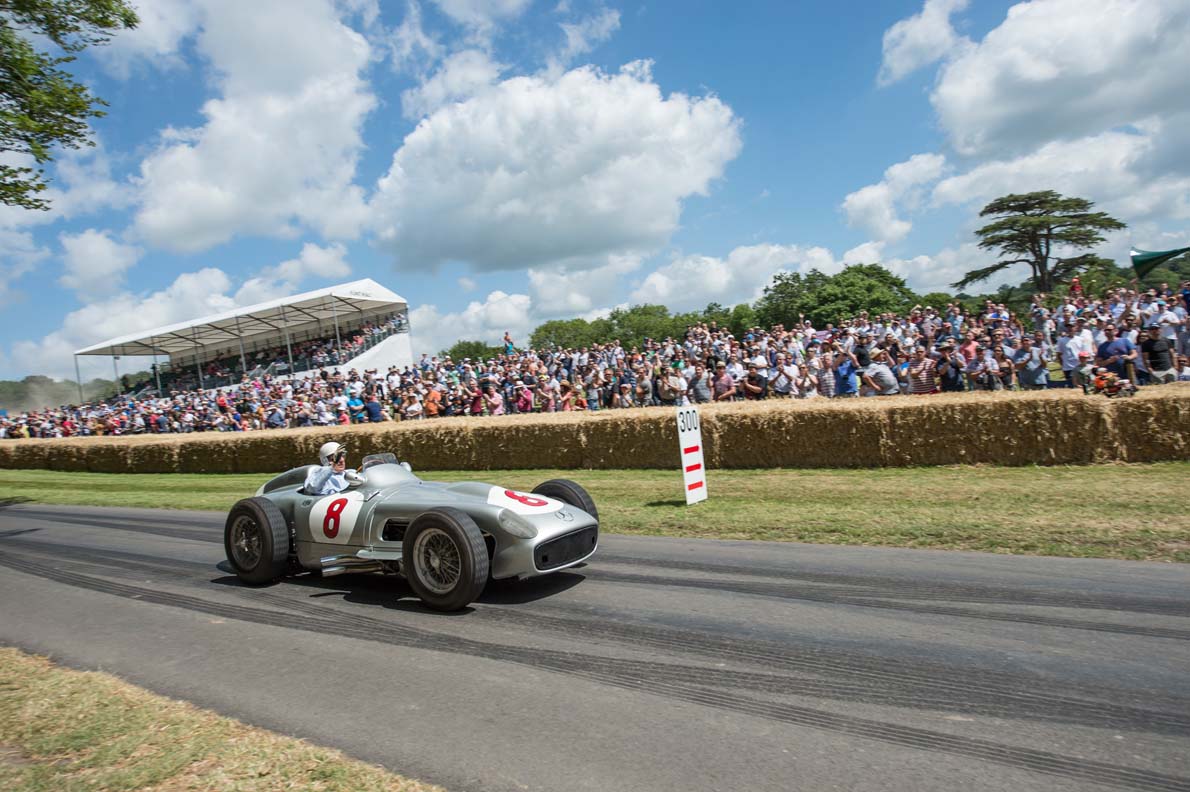 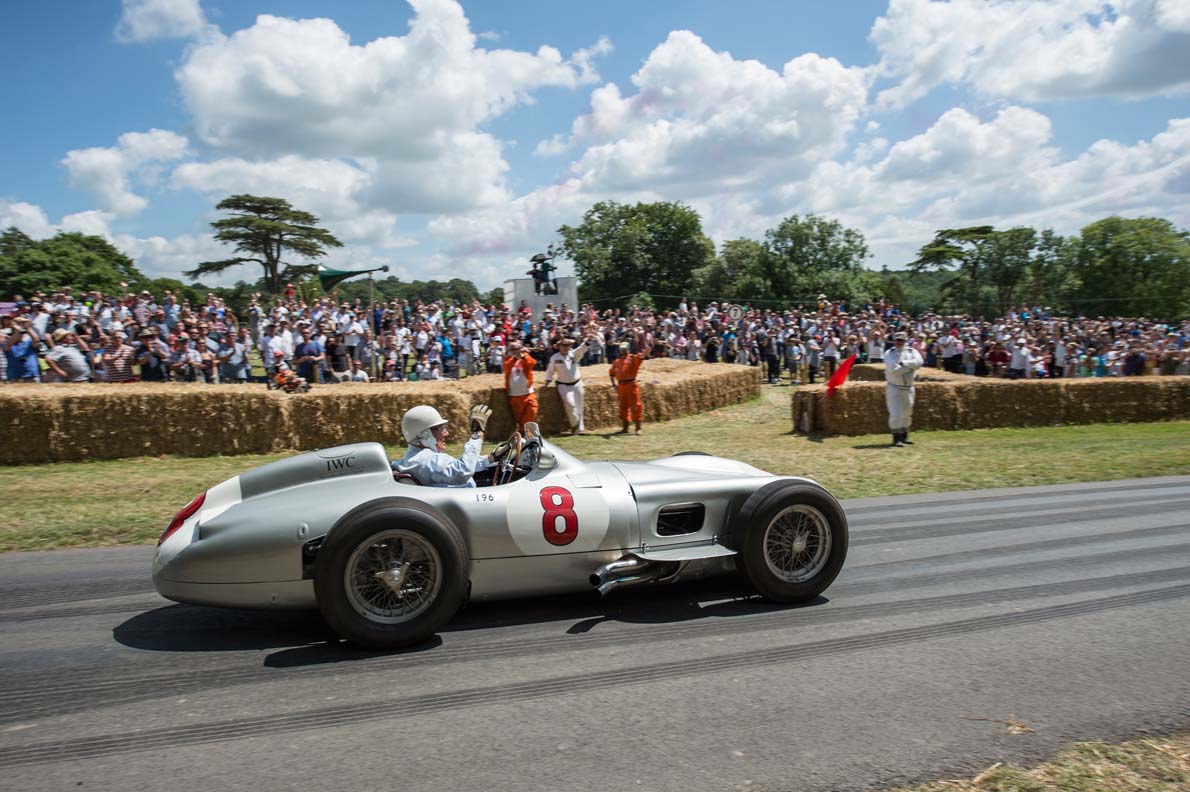 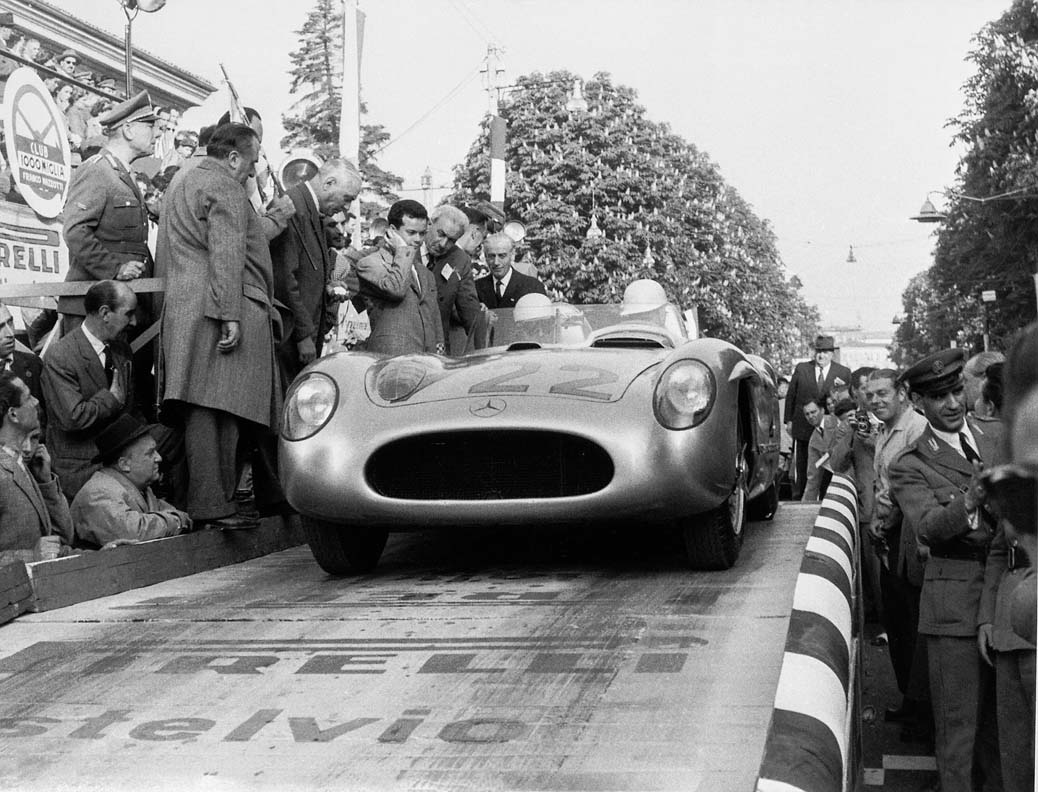 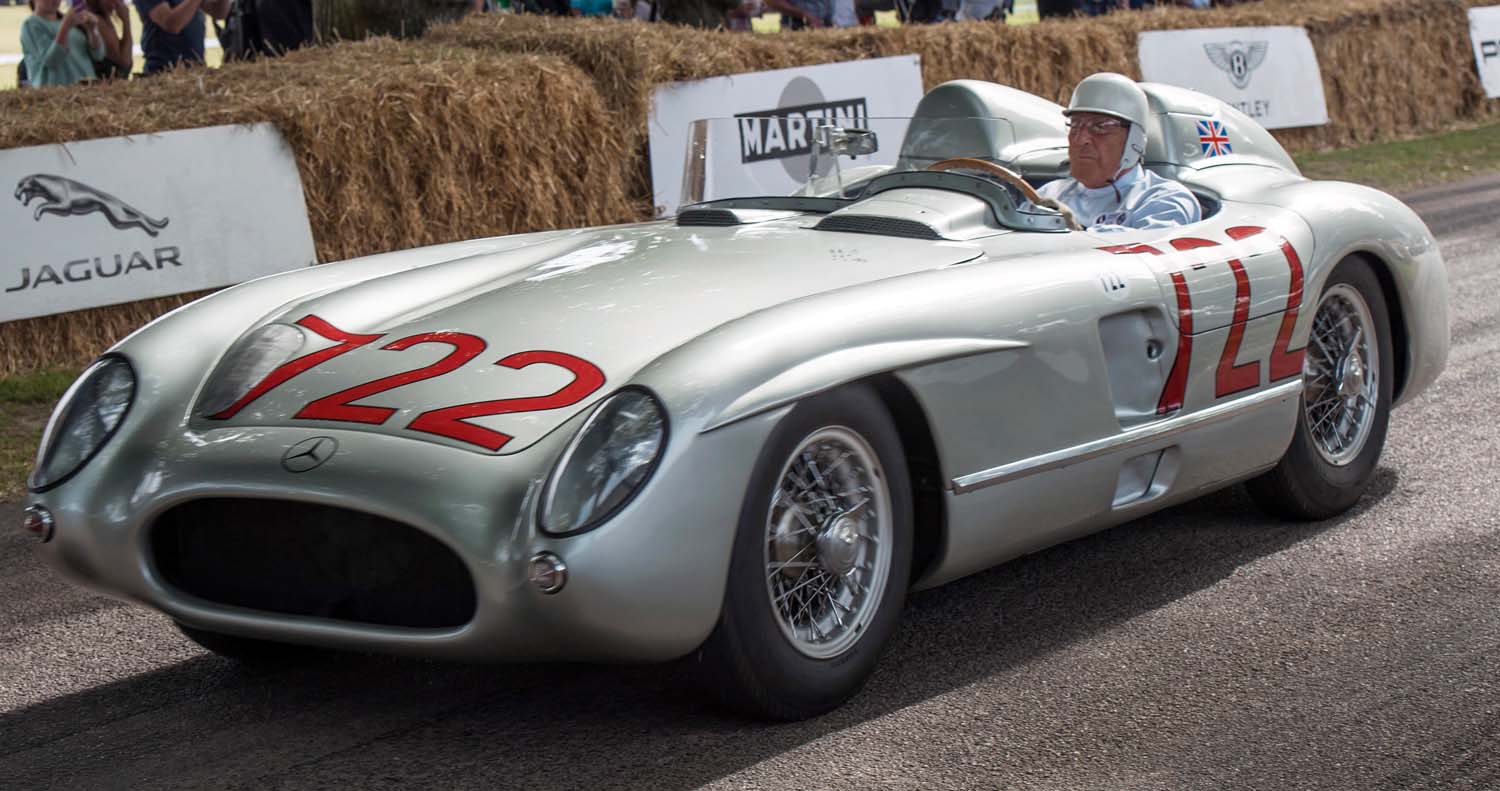 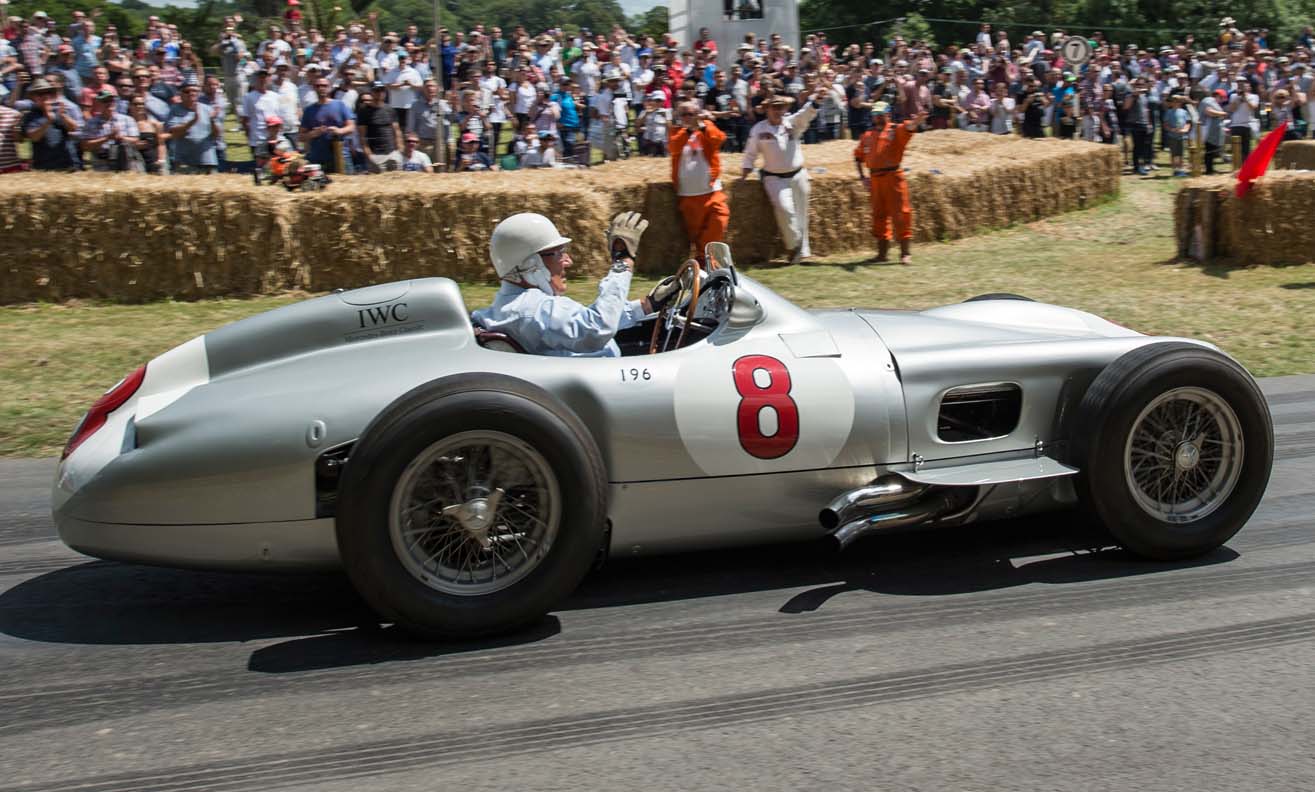 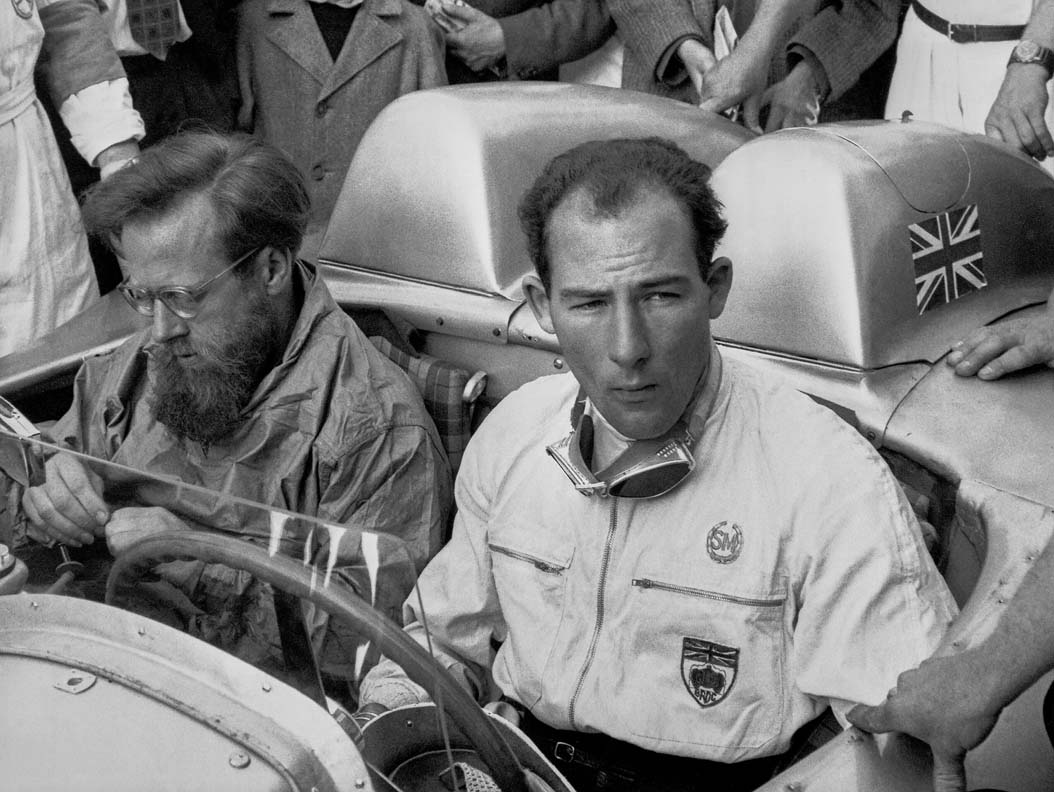 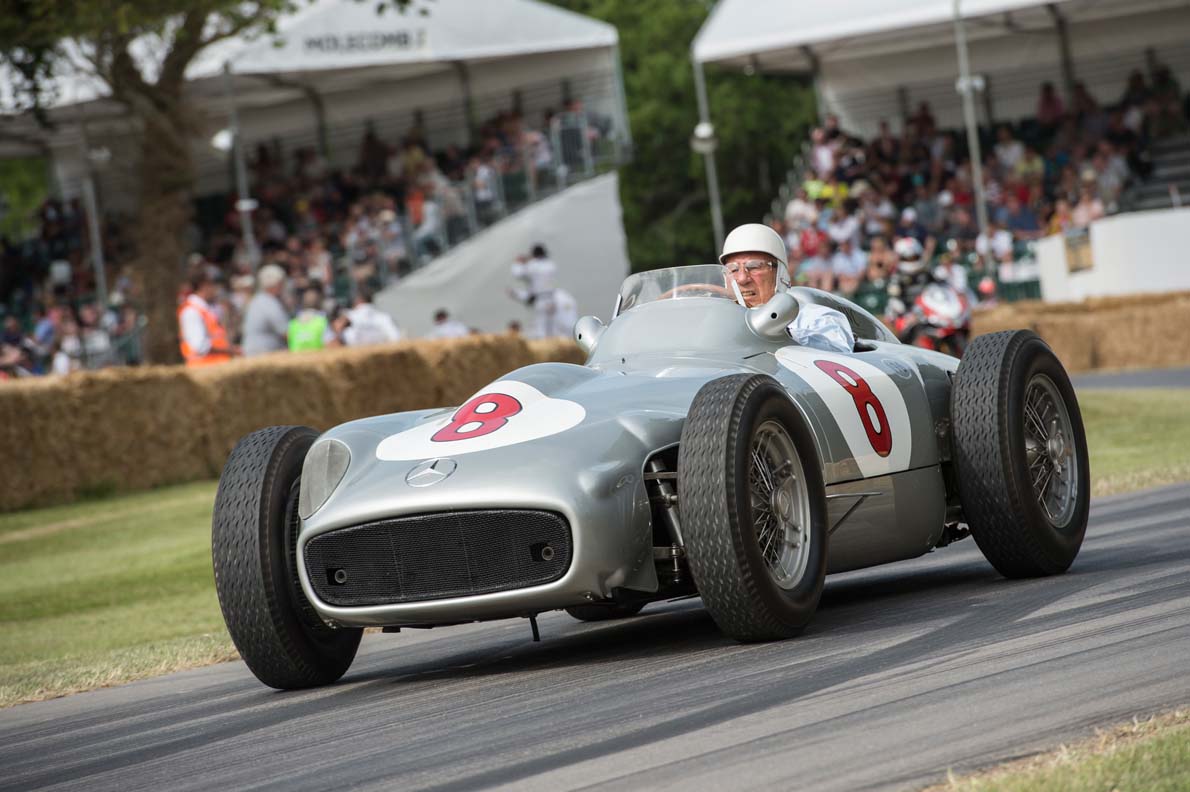 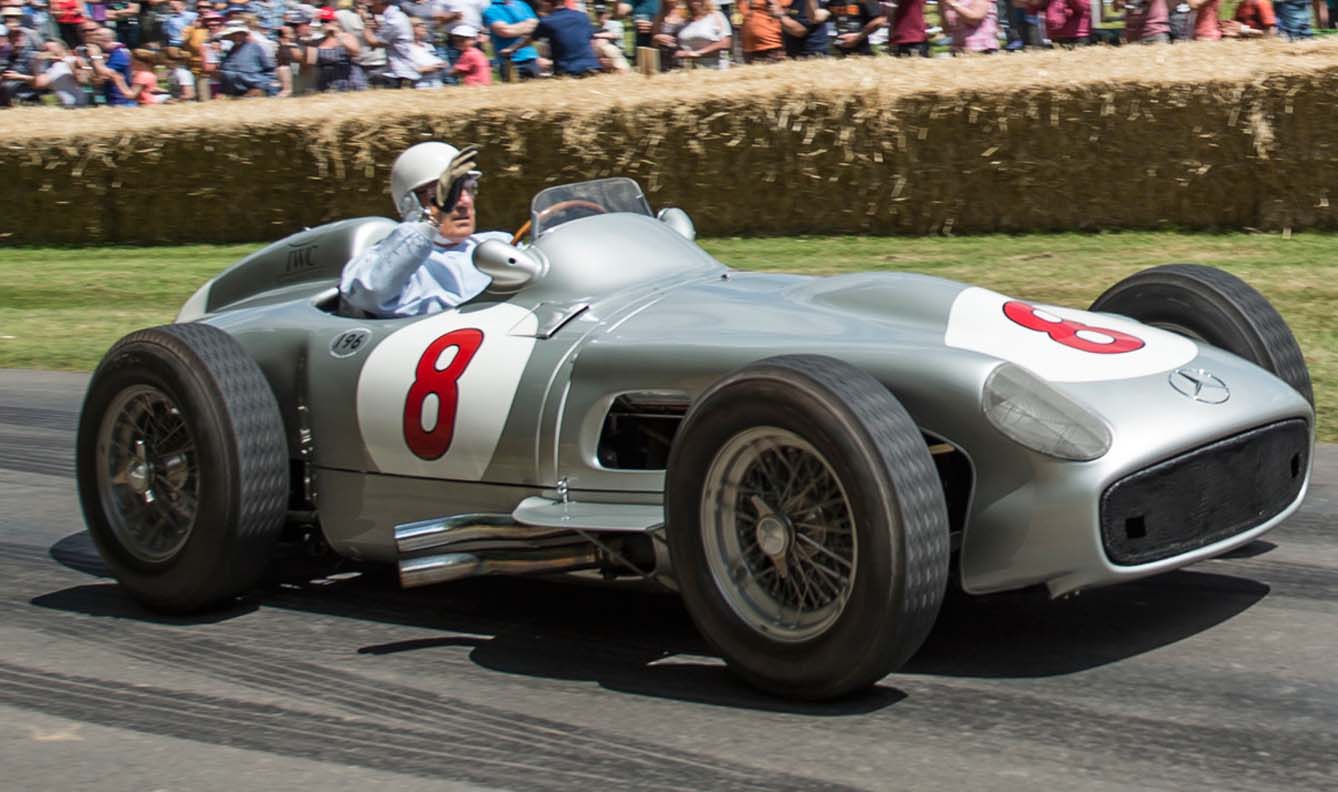 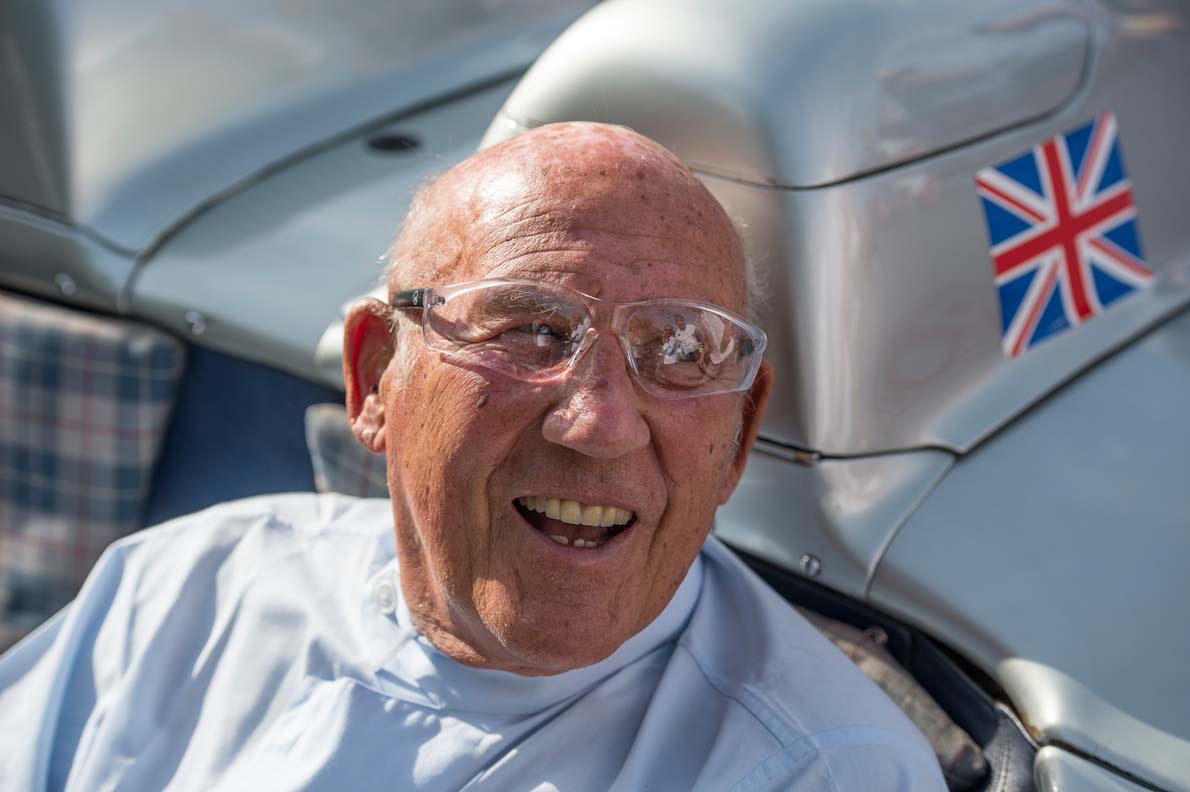 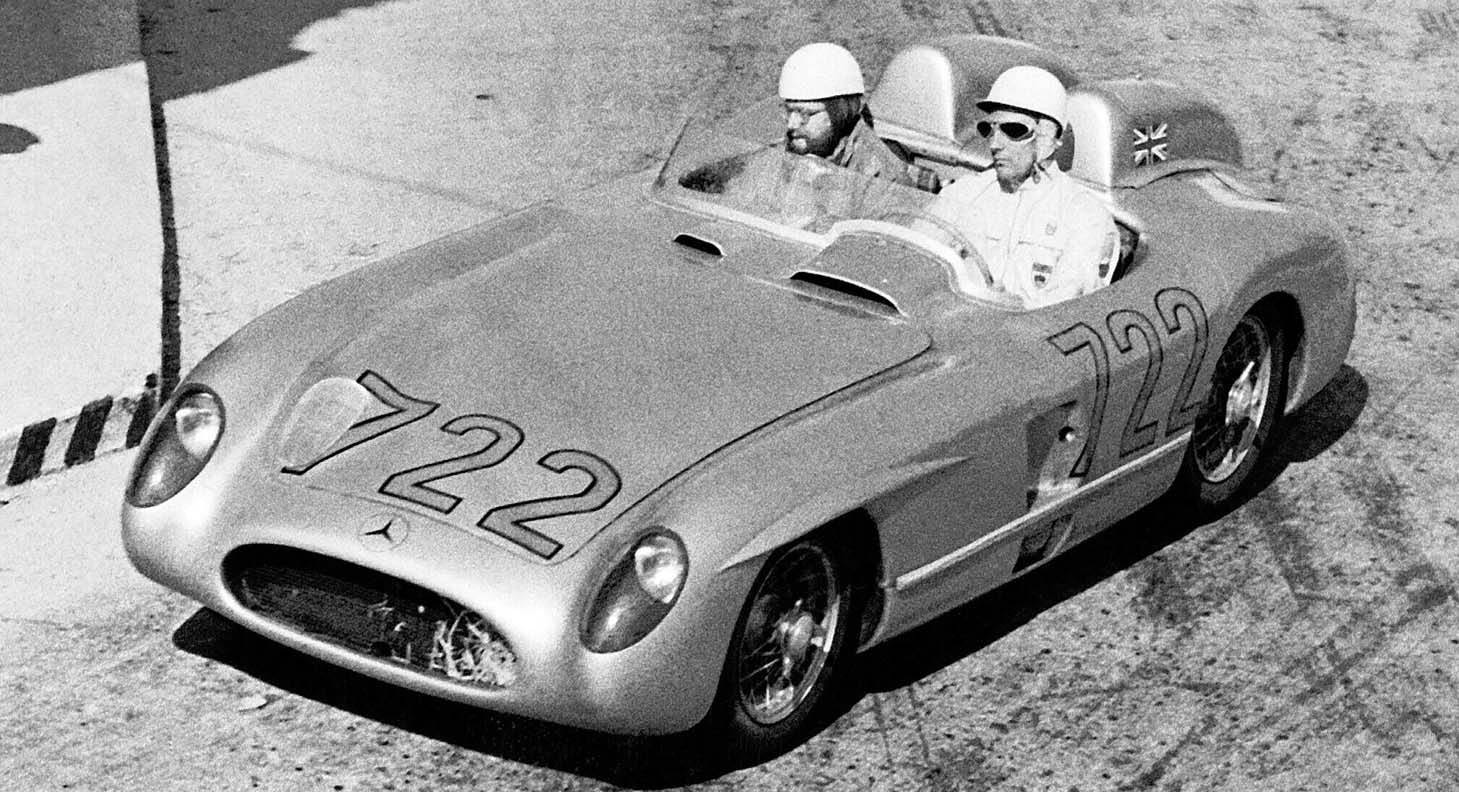 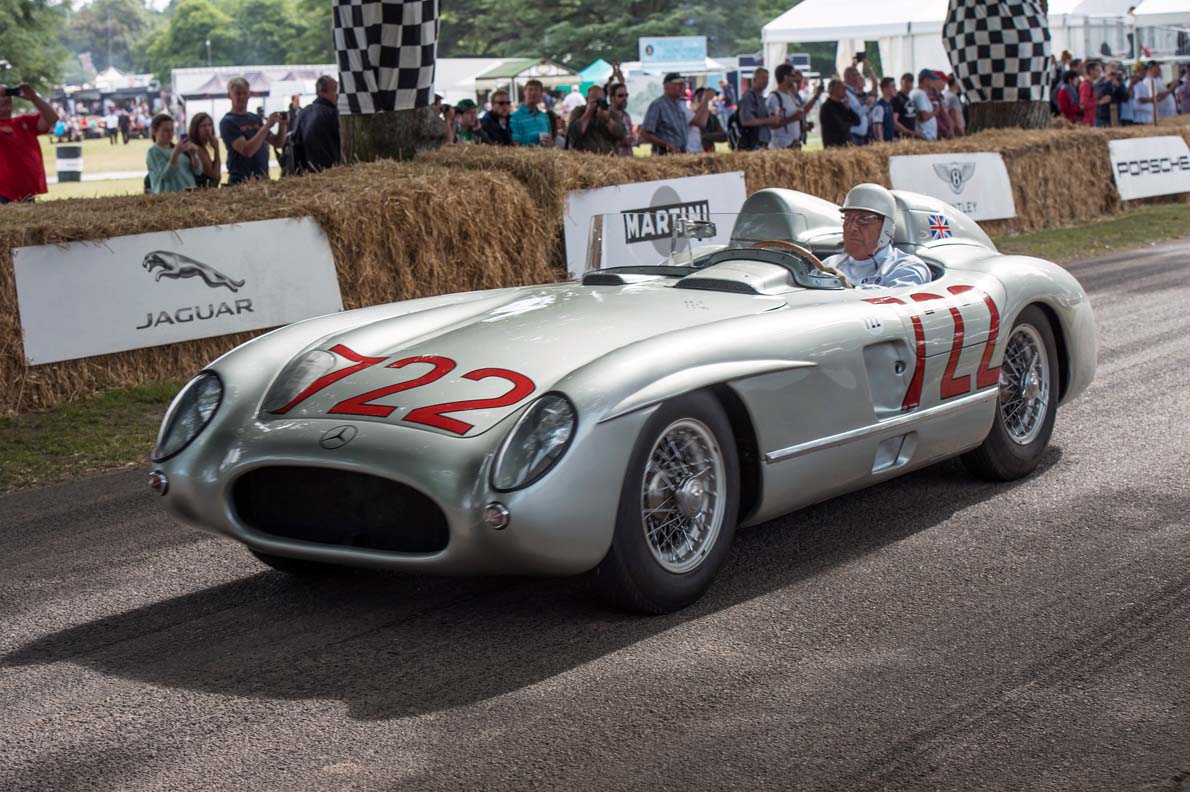 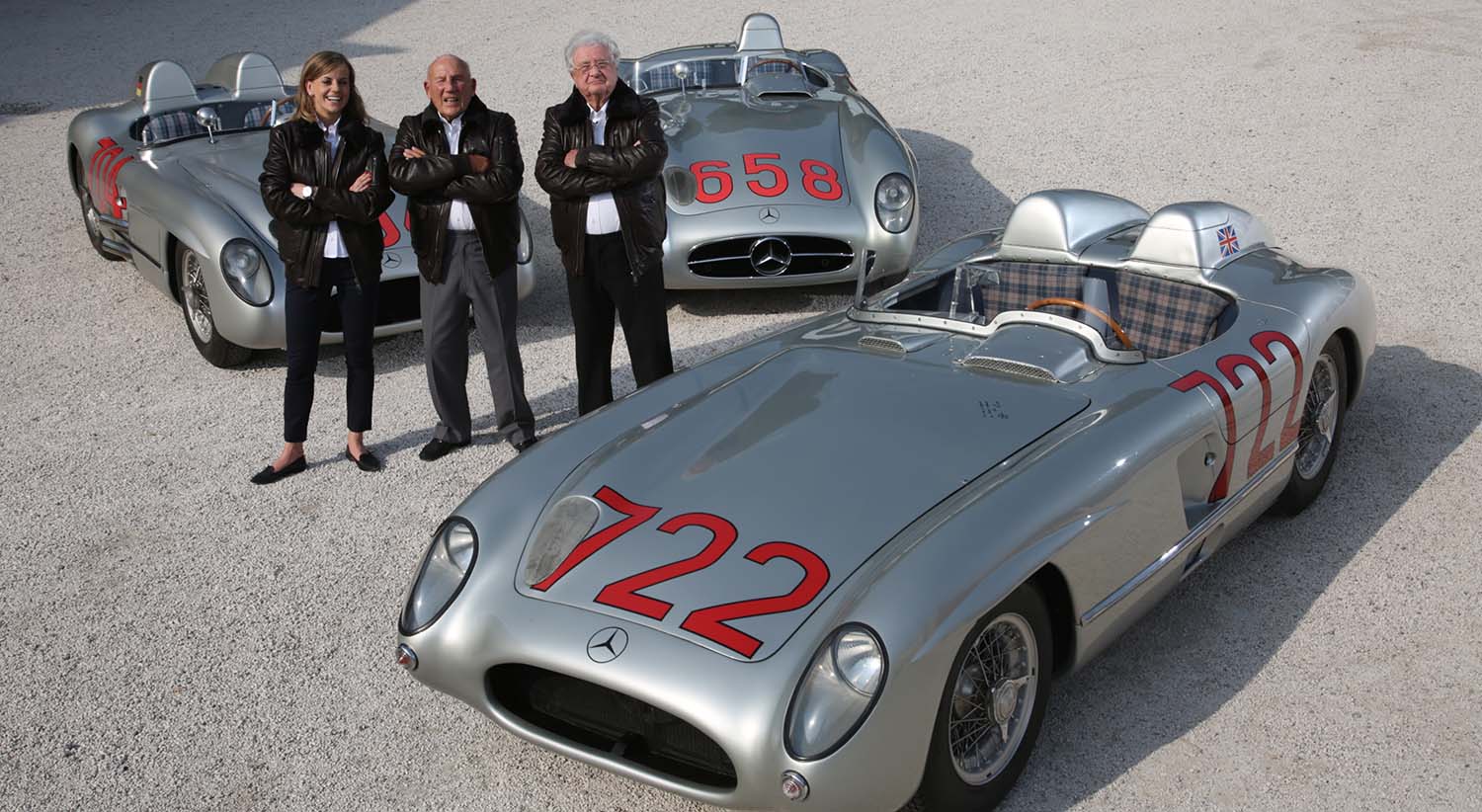