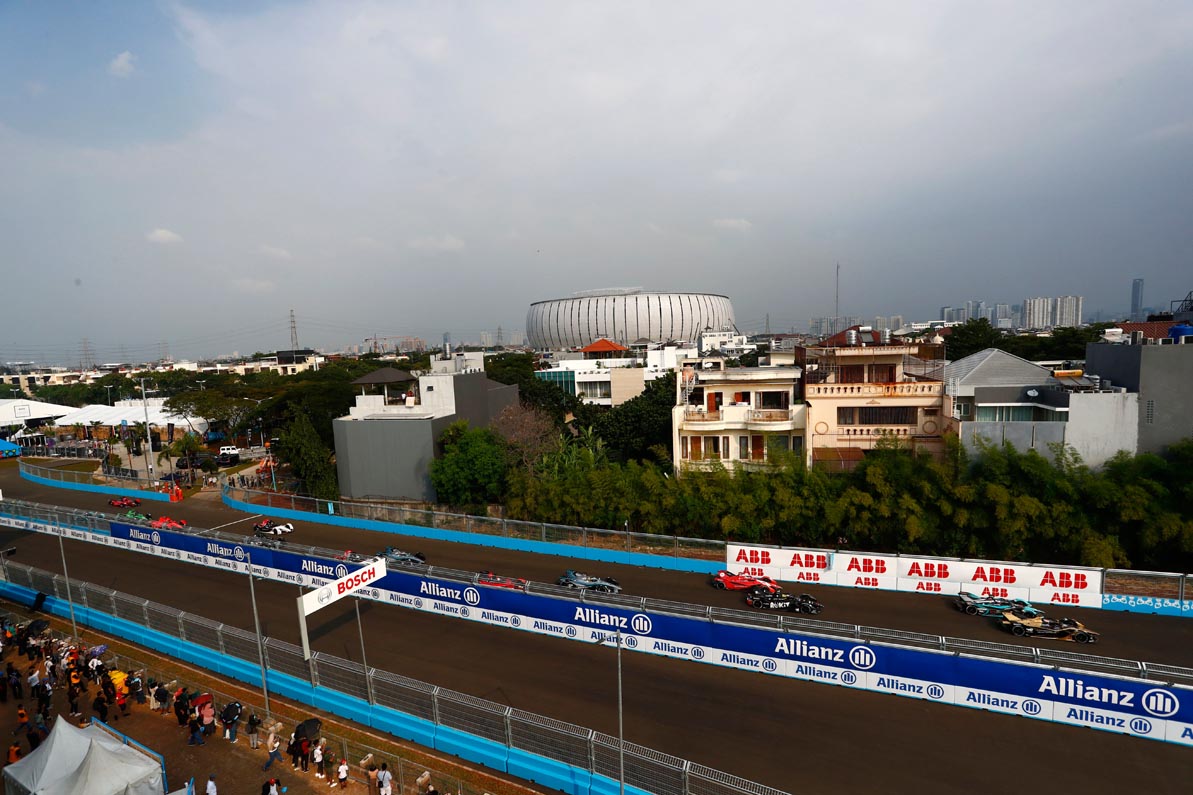 The Kiwi made a late-race lunge that caught then-leader Vergne off-guard at Turn 7 on Lap 31 in an opportunistic move from way back. From there, energy management became increasingly critical for the lead duo as they fought between themselves and against searing track temperatures at the Jakarta E-Prix International Circuit in the exotic Ancol Beach resort.

That allowed Mortara to join the party as Evans and Vergne squabbled. Evans had some five minutes plus added time to hold the pair off, with the race anybody’s heading into the final turn and his rear tyres fading fast. Evans held on to lead Vergne and Mortara home as all three drivers finished within a second of each other.

António Félix da Costa (DS TECHEETAH) slipped from second at the start to fourth come the chequered flag, with standings leader Stoffel Vandoorne (Mercedes-EQ) making three crucial passes through the race to wind up fifth and retain his Drivers’ World Championship advantage, albeit a more slender one.
With Vandoorne’s closest rivals all finishing on the podium, the Drivers’ standings closed-up: now just 12 points split the top four, with Vergne five points back from the Belgian, Mortara two shy of the Frenchman in third and Evans another five back in fourth.

President of Indonesia Joko Widodo and Governor of Jakarta Anies Baswedan were guests of honour at the race, Formula E’s debut in Indonesia. Grandstand seating was packed with thousands of fans, who cheered loudly as every car sped by throughout the race. More than 60,000 fans in total attended the Jakarta E-Prix and the festival in Ancol.

Before the race, executives from Formula E and the FIA joined the drivers in a moment of silence in memory of José Abed, Honorary Vice President of the FIA and President of the Mexican International Motor Sports Organisation, who passed away on Thursday this week aged 82.

Mercedes-EQ still sit atop the Teams’ running on 186 points, 16 ahead of DS TECHEETAH which climbs above ROKiT Venturi Racing in the points table.

Next stop for Round 10 in the ABB FIA Formula E World Championship is the Marrakesh E-Prix on Saturday 2 July.

MITCH EVANS, JAGUAR TCS RACING, #9 said: “That was hard. I was just happy to be in it at the end. We had a tough last race, and this track was similar with the climate being on another level. We put a lot of work into the set-up and the systems, but the team gave me what I need, gave me the goods.

“It was really tight at the end with JEV, I thought I was going to pull away but my tires started going off as soon as I got past him. I was under a bit of heat but we got the job done. This is what we needed.

“We needed a good result today. But obviously it was a new track, new climate, new everything – you don’t really know how it is going to go. So I am very happy with the result, we are back in it although we were never really out, but it has put us in a strong position so I’ll take that.”

JEAN-ÉRIC VERGNE, DS TECHEETAH, #25 said: “It was a good race. Hats off to Mitch and Jaguar, they were simply faster today. I need to understand what happened as I had to save a lot more [energy] at some point for temperature reasons, so I need to understand what happened here. Anyway second is good, strong points, so if we carry on like this for the rest of the Championship it is good. I am happy there were no more laps!”

EDOARDO MORTARA, ROKiT VENTURI RACING, #48 said: “We had a good race weekend in Jakarta. The qualifying was already very good, we did an intelligent race, it was very difficult with the temperatures so hot. To manage the tires and the battery was not easy today, but we managed it at the end. I could see that they were fighting at the front and I was kind of part of that fight. I was hoping for some kind of move from JEV to get some free places but unfortunately it didn’t come. But I am very extremely happy with another podium.

“We finished with 0.0% energy on the line, and on top of that you need to manage the temperatures at some point – if you exceed a certain number then the power is going down. So that goal is to get that [to no energy) at the finish line, I could see that Mitch had it and I had a little bit more reserved but unfortunately I could not pass him.” 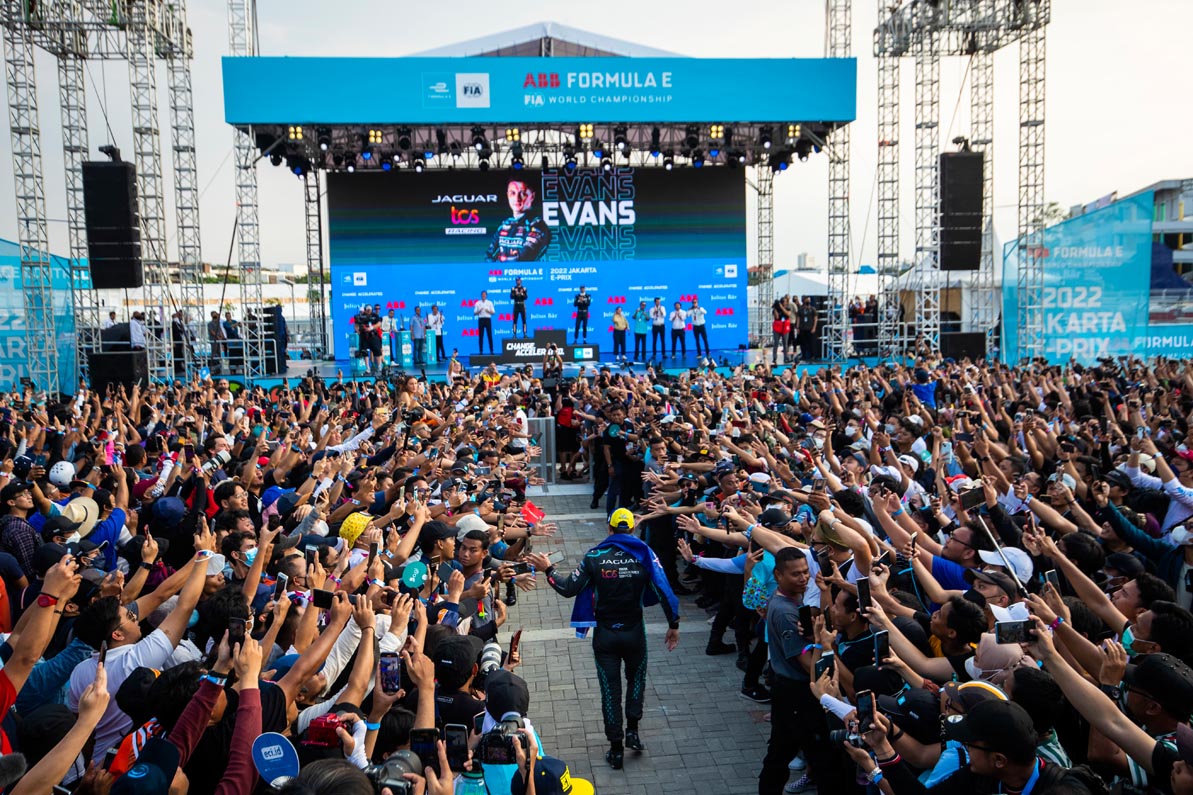 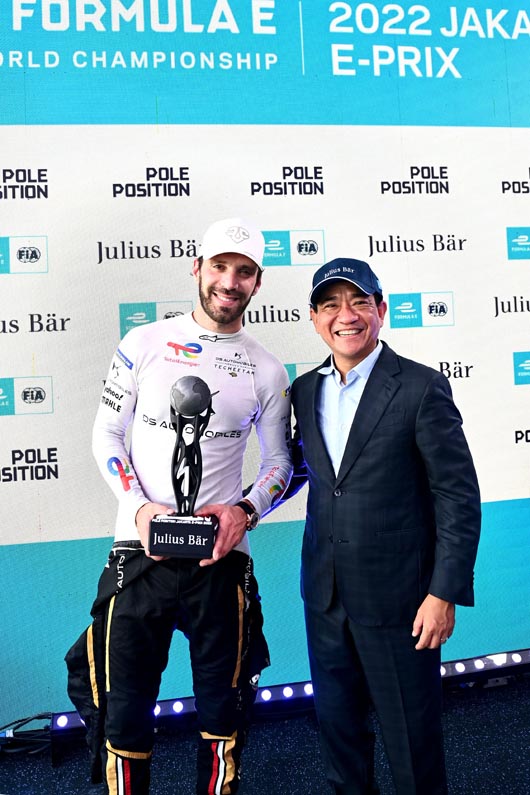 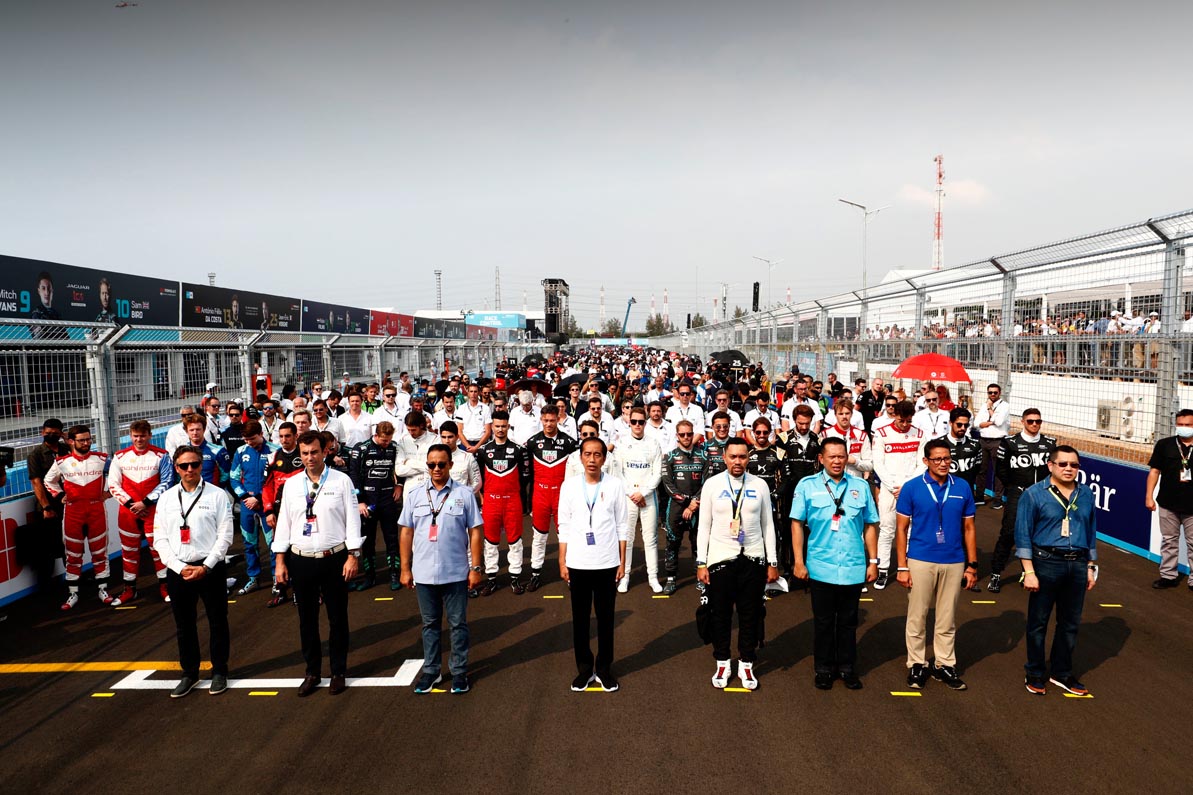