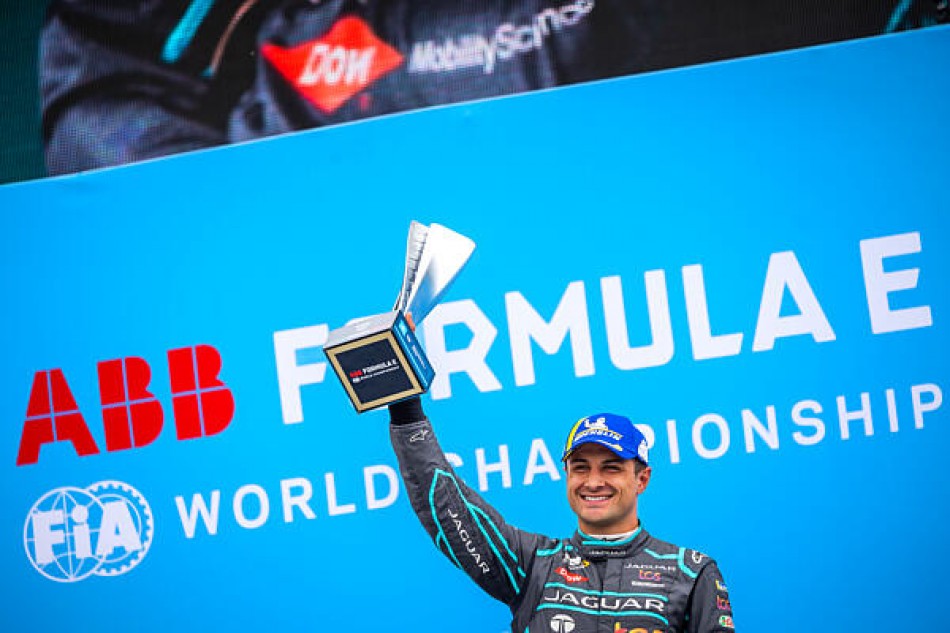 Evans began the opening leg of the 2022 Rome E-Prix from only ninth on the grid, but his Jaguar team was confident it had more pace than it had been able to show in qualifying, and when the starting lights went out, the 27-year-old immediately served signal of his intent as he leapfrogged both TAG Heuer Porsches to move up to seventh.

That strategy enabled Evans to go increasingly on the offensive as the race progressed, and after maintaining position when deploying his second Attack Mode, he set about chasing down Stoffel Vandoorne (Mercedes-EQ) and Robin Frijns (Envision Racing) – making short work of overtaking the pair of them.

The Jaguar ace then used his remaining Attack Mode and the extra energy he had saved to pull clear, going on to take the chequered flag more than five seconds ahead of his closest pursuer to tally his third career triumph in the all-electric single-seater series. Having endured a difficult start to the campaign with just a single point to his name arriving in Italy, the result represented a real boost to Evans’ title aspirations.

It was Frijns who ultimately secured second place, following an enthralling race-long duel with Vandoorne. The latter – the qualifying lap record-holder around the fast-and-flowing Circuito Cittadino dell’EUR – had soared to pole position once again and led the early stages, until Frijns produced a textbook pass at Turn Four 15 minutes in to seize the advantage and briefly edge away.

Their see-saw battle would continue throughout, with several further changes of position before the Dutchman produced the decisive pass in the closing moments as more drivers joined the fight for the runner-up spoils, leaving his Belgian rival to fend off the threat of a resurgent Vergne. A second podium finish of the season nonetheless vaulted the Mercedes star to within just three points of the summit of the standings.

Behind Vergne in fourth, Evans’ Jaguar stablemate Sam Bird – another former Rome winner – scythed his way through the field from 13th on the grid to fifth at the flag to add to the team’s cause for celebration, as da Costa recovered from his early incident with Dennis to finish sixth.

Championship leader Edoardo Mortara (ROKiT Venturi Racing) was classified seventh, taking into account a five-second penalty for a collision with Nissan e.dams’ Oliver Rowland on the opening lap that had left the Briton pointing backwards in Turn Seven and delayed a number of other drivers.

The Porsches of Mexico pace-setters Pascal Wehrlein and André Lotterer wound up eighth and tenth on this occasion, sandwiching Frijns’ Envision team-mate Nick Cassidy in ninth, with the New Zealander grabbing an extra point for fastest lap.

There was disappointment, however, for Dennis – who rose as high as second before falling down the order and being served a five-second penalty for his coming-together with da Costa, restricting him to a frustrated 13th in the final reckoning – and de Vries. The Dutchman slipped backwards after initially running inside the top three, eventually peeling into the pits to retire.

The race’s only neutralisation was prompted by a first lap accident for Nissan e.dams’ Maximilian Günther, whose stricken single-seater needed to be removed from the Turn Nine barriers, bringing out the safety car and resulting in 5m15s of extra time being added to the end of the E-Prix.

“It is my second win here, I’m feeling great. We have had a tough start to the season to be honest, there has been a lot of work gone in behind the scenes, and the car was absolutely perfect, I couldn’t have asked for anymore. The team has done a great job, I want to say a huge thanks to everyone, let’s hope for the same for the rest of the season. I love this city, I love the track, it really suits my driving style and when you have a car like I had today it makes life a lot easier. I couldn’t quite believe it, especially when I was getting the energy, but you have to take it when it comes. I have been on the receiving end of it a couple of times this year, so it was nice to get the pace back. Hopefully this sets the scene for the rest of the Championship.”

“I think I felt strong from the beginning, I had great fun with Stoffel fighting basically the whole race. But then Mitch came and overtook us, so I didn’t have much fun with him, but I am happy I finished P2. Mitch and Jag were too strong for us today. I think we have a good car but we just need to find that edge. I have been finishing in P2 the last four times or whatever! But it’s time for a victory hopefully tomorrow.”

“Yeah it was [a fight], it was a tough race out there – really difficult to manage the strategy – I think we lacked a bit of pace compared to Mitch, he came by, took off and we didn’t see him at all! But I had great fun with Robin, a lot of strategy with the ATTACK Mode trying to overtake each other. It was definitely a big battle out there, got quite heated at some points. But I am happy to finish on the podium today, on a day when things are a bit more difficult. It’s a good consolidation and a good result.” 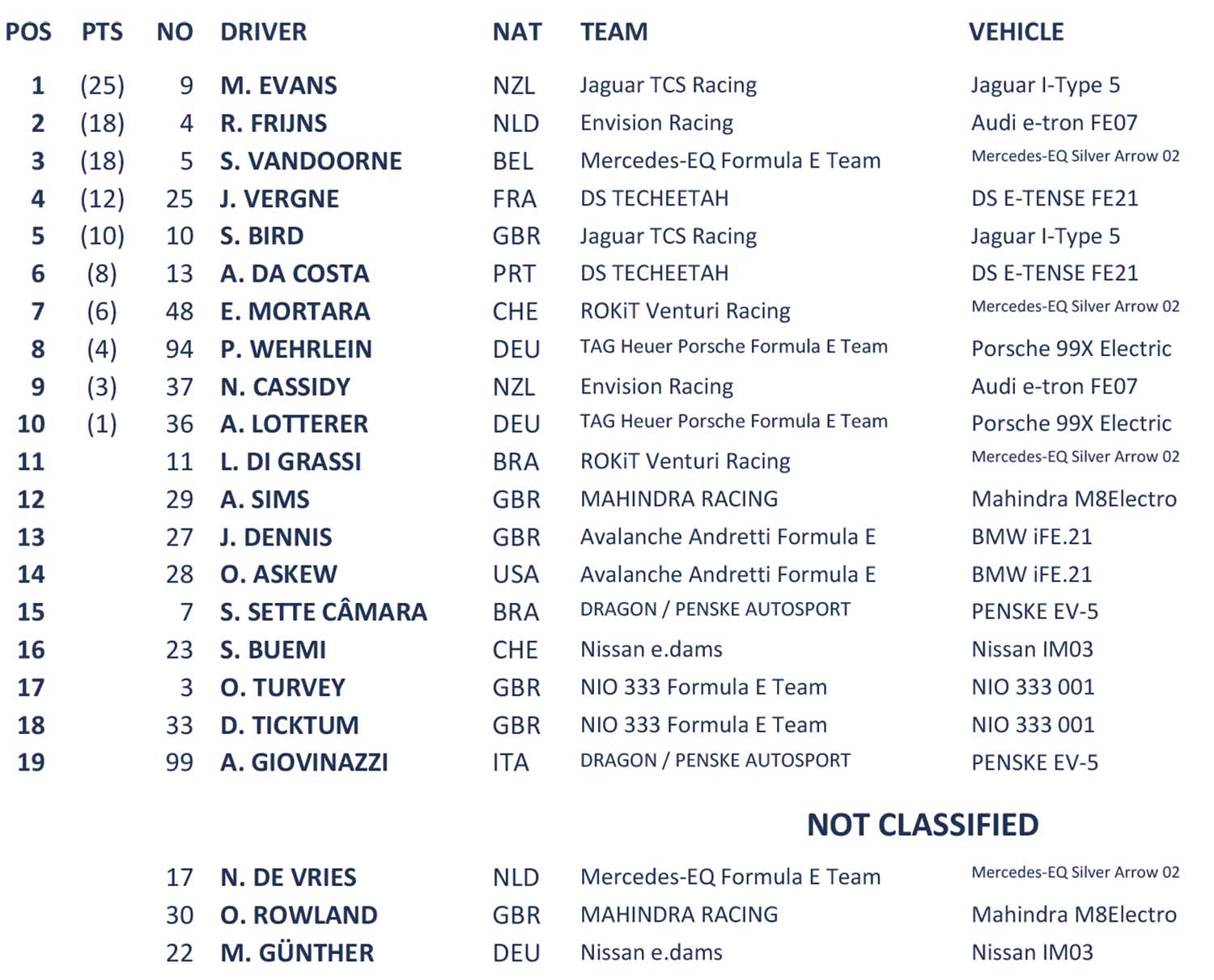