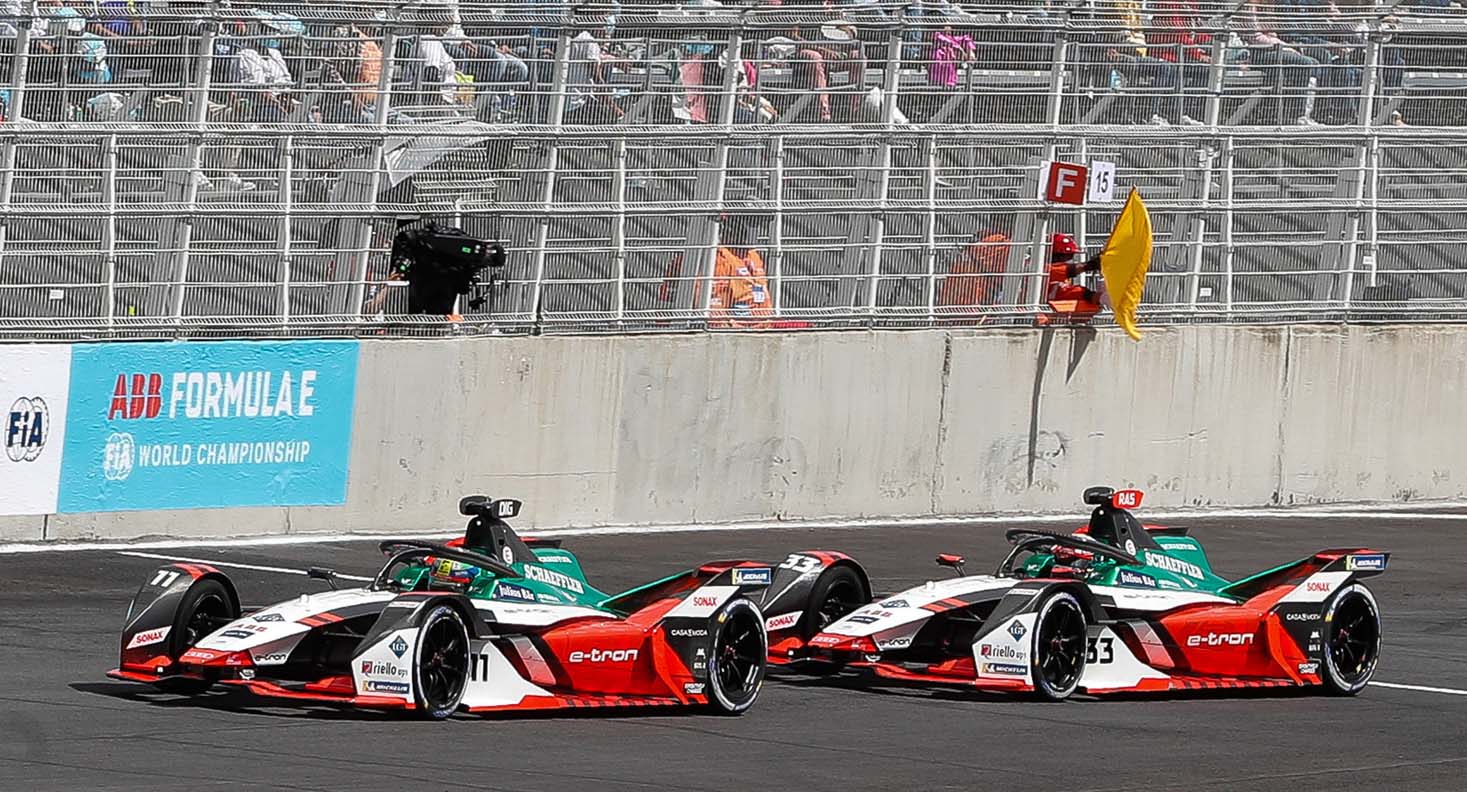 Formula E in Mexico remains firmly in Audi’s hands: In a race that was thrilling right up to the last lap on Saturday, Lucas di Grassi clinched his third Formula E victory in Mexico and his eleventh in total. Teammate René Rast completed the surprising triumph with second place. For the Audi Sport ABT Schaeffler team, it was the fourth victory in six races in Mexico so far.

“Congratulations to Lucas and René, who did a fantastic job today,” said Julius Seebach, Managing Director of Audi Sport GmbH and responsible for motorsport at Audi. “I’m equally proud of the entire team in the pits and our colleagues from Audi Sport in Neuburg. This victory is an excellent performance from the team.”

Things looked promising after qualifying, but not as good as what it turned out to be: Lucas di Grassi qualified eighth place on the grid and René Rast started from ninth place in the race that was held on the Puebla circuit for the first time. With brave overtaking maneuvers, perfect energy management once again and an optimum strategy for the attack mode usage, the German-Brazilian duo fought its way forward to second and third place. At the finish, di Grassi and Rast benefited from Pascal Wehrlein’s disqualification, who had crossed the finish line in first place.

“This victory feels very special,” said Lucas di Grassi after his first win of the season, the eleventh victory and 33rd podium in total of his Formula E career. “Today, we finally proved that our Audi e-tron FE07 is a real winner. The fact that I can celebrate together with René in second place and the whole team makes it even nicer. Now we’re back in the title fight and will give everything to keep it exciting until the very last race.”

After a third-place finish in Berlin last year, René Rast celebrated the second podium finish in his still young Formula E career. With consistent performances in the past seven races, the German is in fourth place in the Formula E drivers’ standings with seven rounds still to go, just four points behind the leader of the standings. “An incredible race that I don’t think anyone could have predicted. The day couldn’t be more special,” said Rast. “Finally, we have also been rewarded with trophies and lots of points for a strong performance. It feels good to be in the title fight.”

It was the 13th race win, the 45th podium position and the third one-two victory for Audi Sport ABT Schaeffler in Formula E. The celebration, however, will be rather small, because the next race of the season already takes place in Puebla tomorrow. Allan McNish: “We’ve often been strong this season, but had to wait a long time for the reward. That makes this one-two victory, which everyone can enjoy today, all the more deserved. We’ll start from zero again tomorrow morning, of course with the clear goal of not leaving it at today’s trophies.”

The customer team Envision Virgin Racing with its drivers Nick Cassidy and Robin Frijns remained without points in Puebla on Saturday. 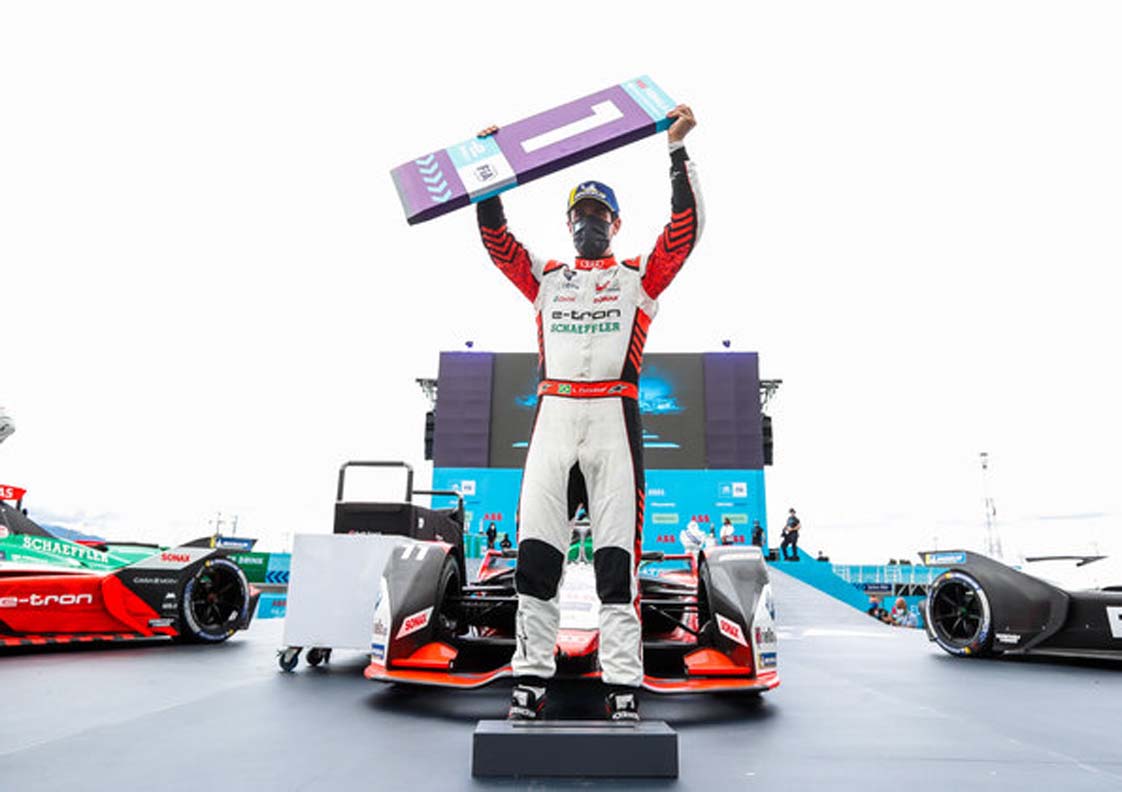 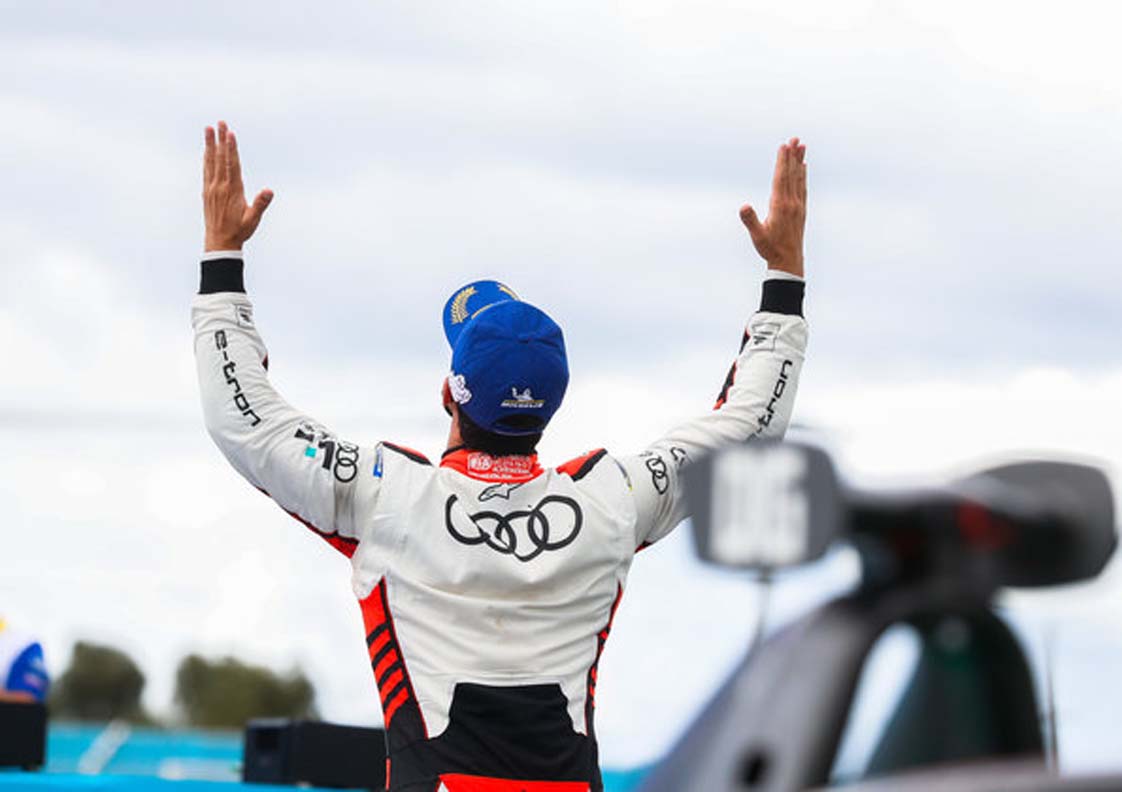 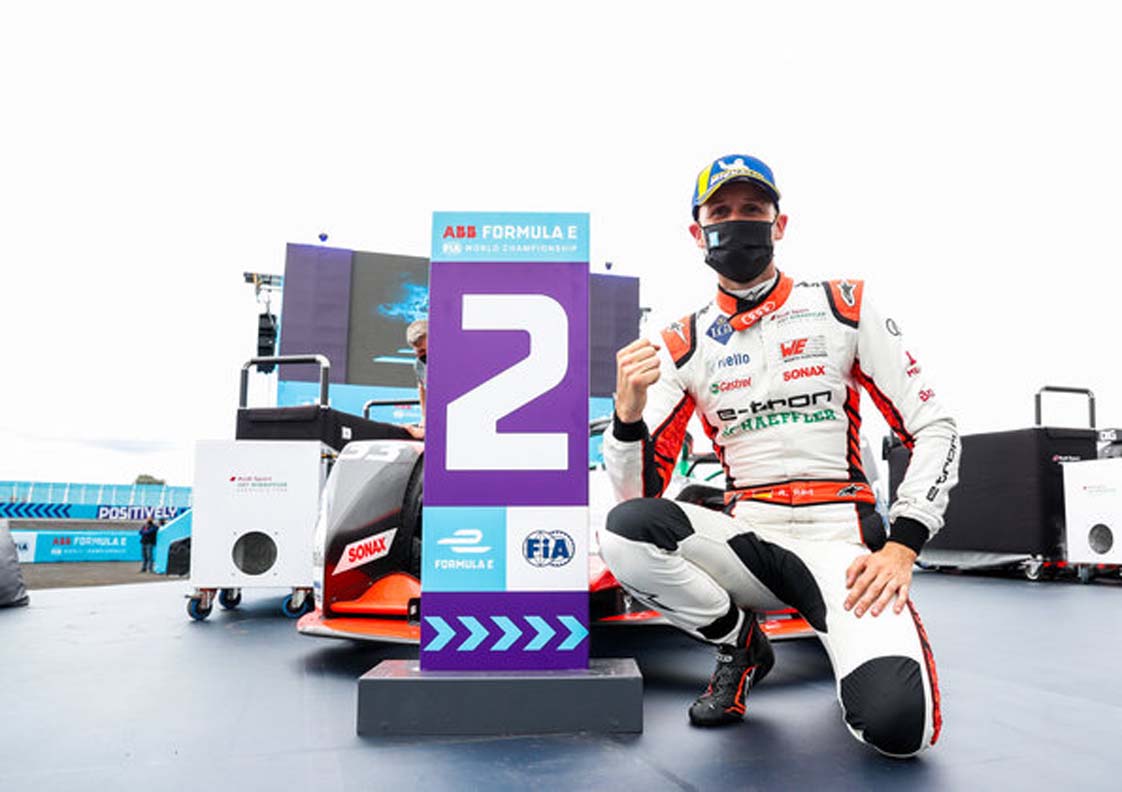 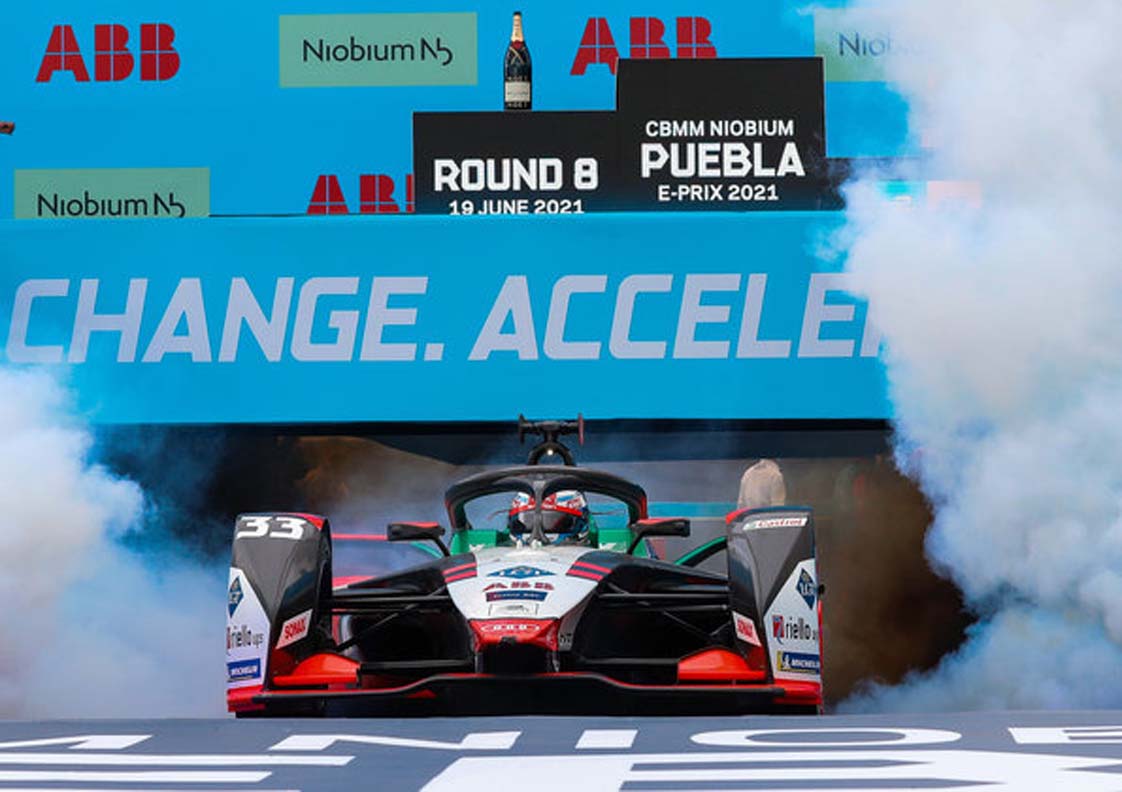 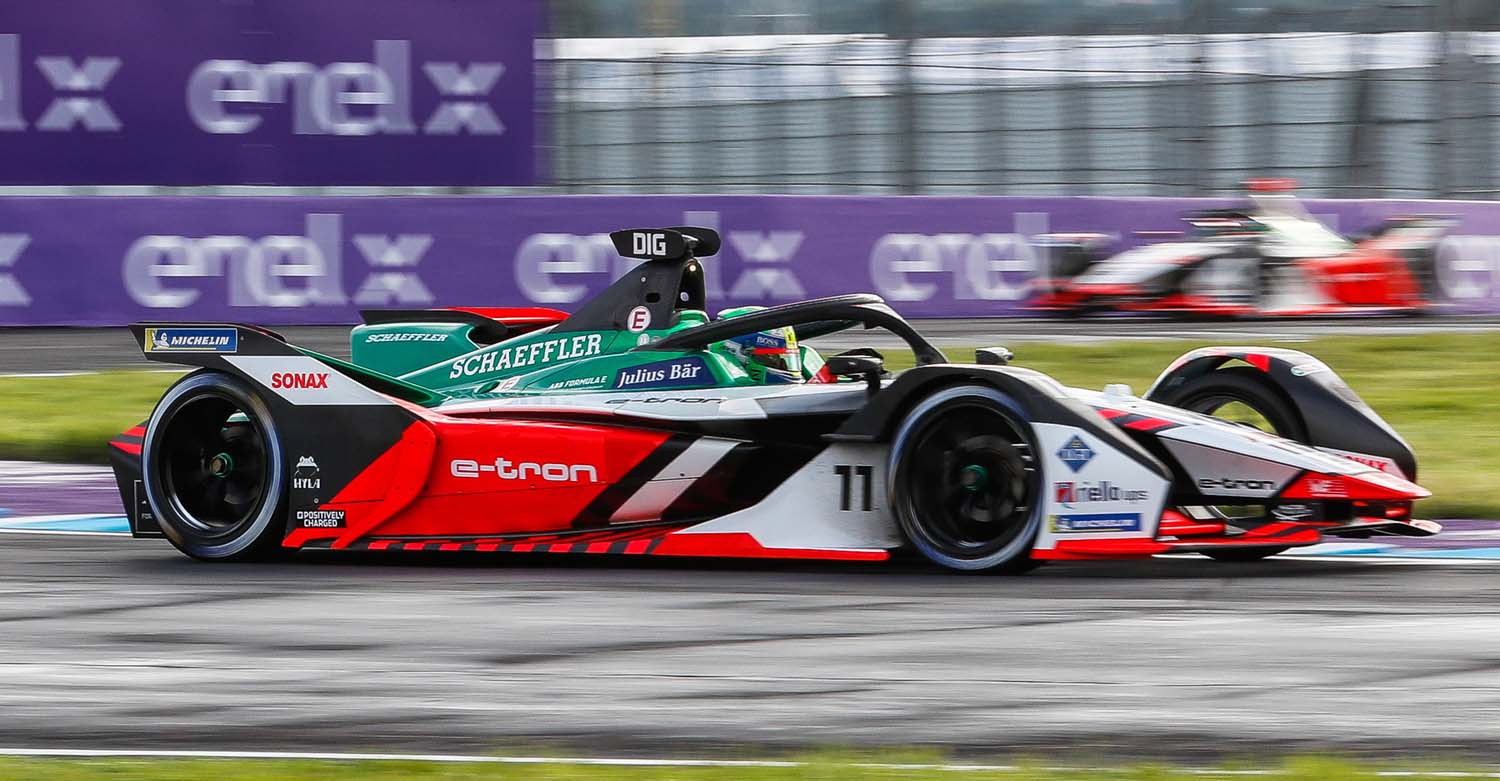 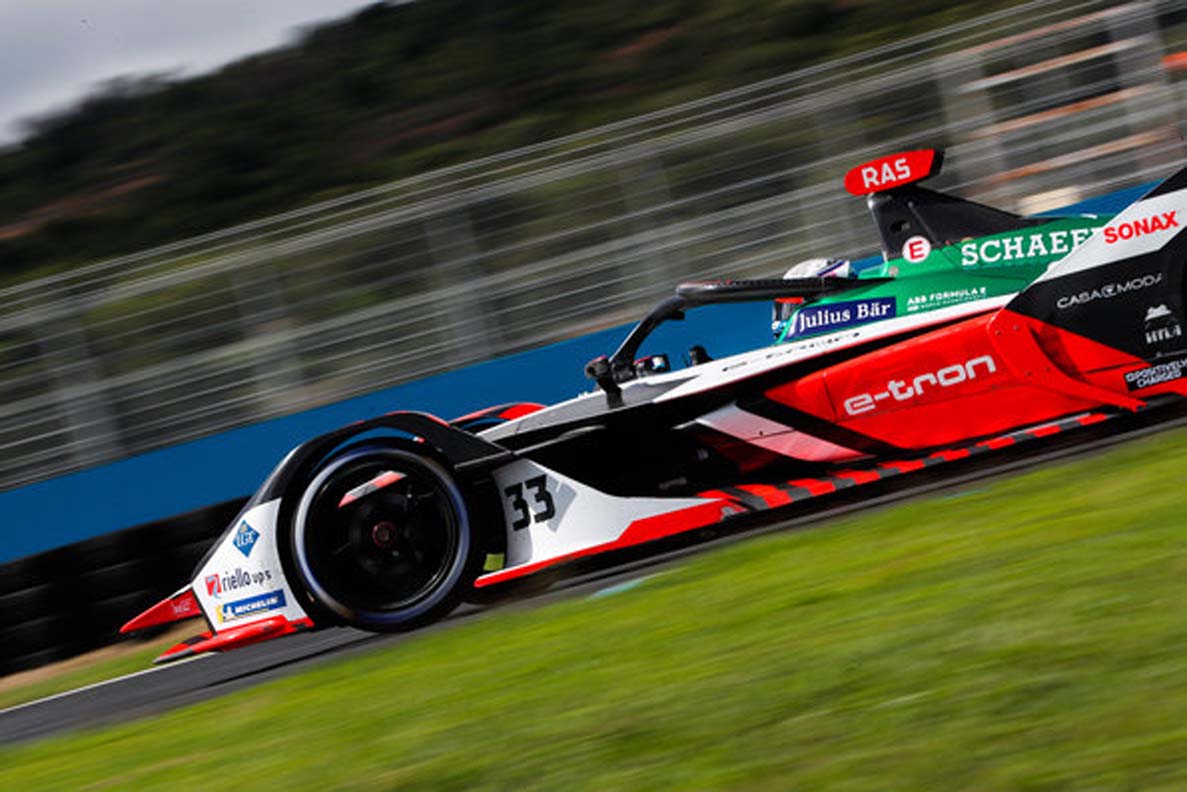