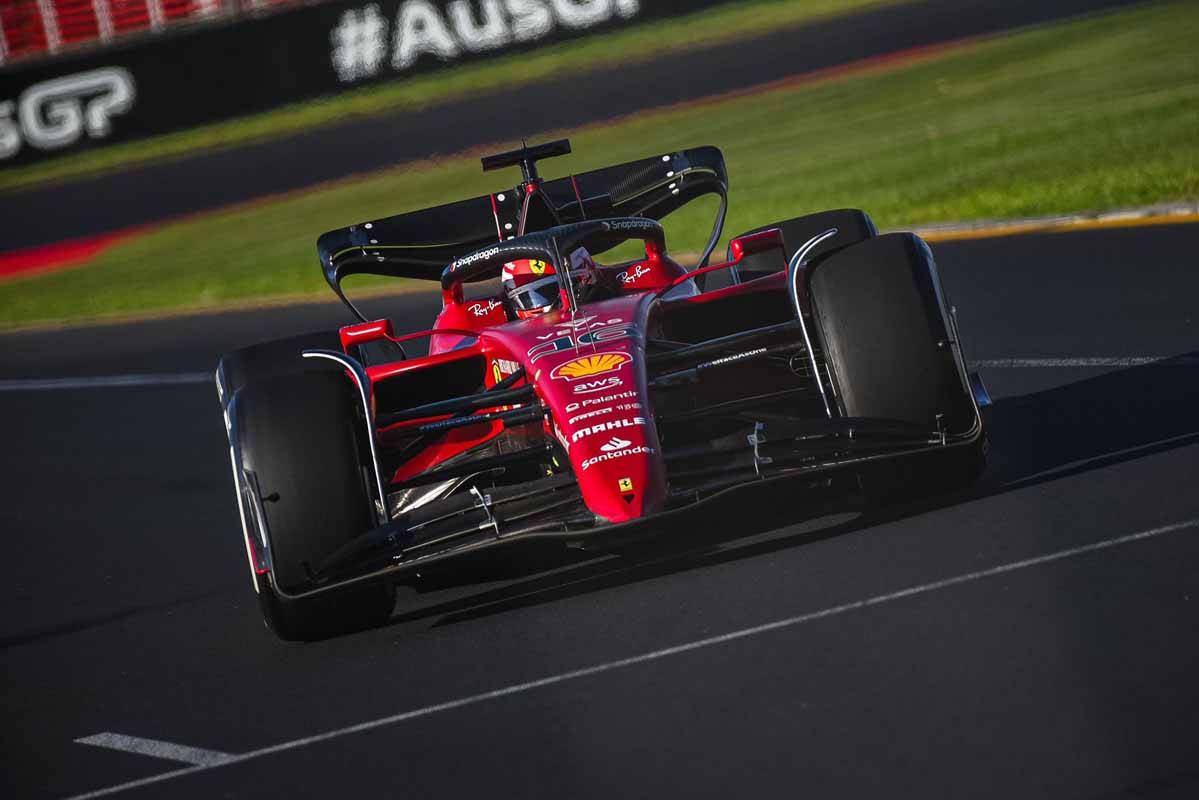 When the lights went out at the start, polesitter Leclerc got away well, with Verstappen just behind, but it was Pérez who got the best getaway and as they powered towards Turn 1 the Mexican moved to the left to put pressure on his team-mate. Verstappen held his line and as he moved left for the first corner Pérez was forced to back off. That allowed fast-starting Lewis Hamilton to slip through to third place.

Behind the top four, George Russell had also made a good start in the second Mercedes and he passed McLaren’s Lando Norris to claim fifth place, with Ricciardo seventh ahead of Alpine’s Esteban Ocon and the AlphaTauri of Pierre Gasly.

Worst affected by the start was Carlos Sainz. On hard tyres, the second Ferrari driver struggled for grip when the lights went out and he was swamped by rivals and dropped to 14th. His struggles ended on lap two. Sainz passed Haas’ Mick Schumacher on the run to Turn 9, but he went too deep, and as he tried to turn he lost the rear of the Ferrari and spun into the gravel trap. Beached in the run off area, he had no option but to retire from the race.

The Safety Car was released and when racing got underway again on lap seven Leclerc managed the restart well and the order at the front remained unchanged. The Ferrari driver began to carve out a gap to Verstappen and by lap nine he was 1.4 seconds ahead of the lead Red Bull. Pérez, meanwhile, was beginning to put pressure on Hamilton and on lap 10 he went around the outside of the Mercedes in Turns 3 and 4 to reclaim third place. 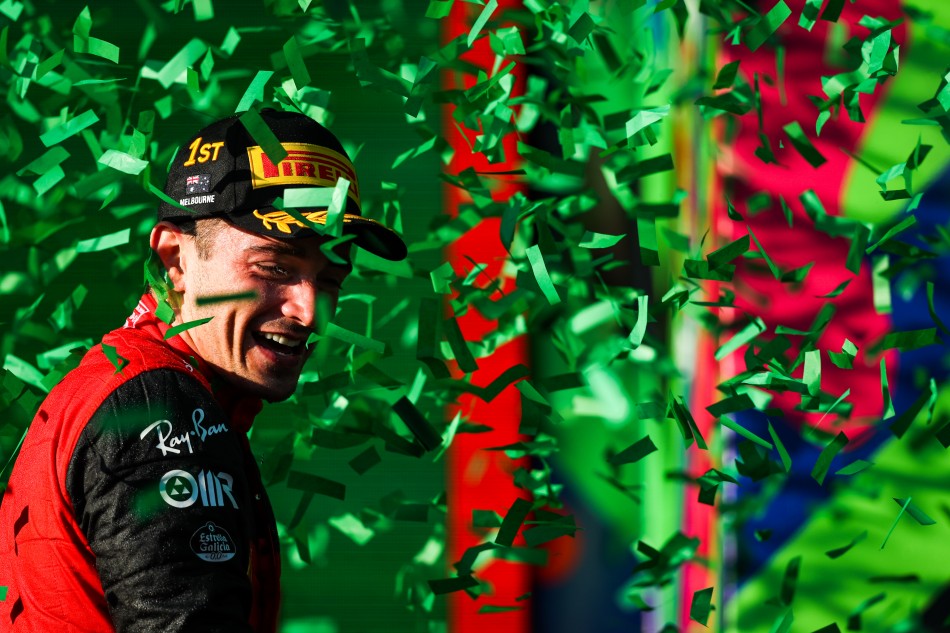 As the first stint evolved Leclerc’s pace increased and by lap 16 the race leader was just over eight seconds clear of Verstappen, with Pérez four seconds further back in third. Verstappen was suffering with front-left graining and at the end of lap 18 he dived for the pits. In a 2.9 stop he moved to the hard tyre and emerged behind the McLarens in P7. Pérez pitted at the end of lap 20 and after a 2.5s switch to hard tyres he rejoined in P9.

Leclerc made his first stop at the end of lap 21 and after taking on hard tyres he resumed in the lead, though Verstappen’s undercut had halved the gap between the front pair. Hamilton also pitted at the end of lap 21 and after fitting hard tyres he was able to rejoin ahead of Pérez in fifth place. However, the Mexican quickly closed in and on lap 23 he powered past the Mercedes.

On lap 24 though the Safety Car was again deployed when Aston Martin’s Sebastian Vettel crashed on the exit of Turn 4. Mercedes reacted quickly and pitted Russell. He took on hard tyres and rejoined in third place, ahead of Fernando Alonso, who was still on his starting hard tyres. Pérez was now fifth ahead of Hamilton, while Haas’ Kevin Magnussen, also on his starting hard tyres, was now seventh ahead of Norris and Ricciardo.

The Safety Car left the track at the end of lap 26 and once again Leclerc managed the restart well to keep Verstappen at bay. Behind them, Pérez was losing ground behind Alonso as the wily Alpine driver was proving hard to clear. However, when DRS was enabled, the Red Bull driver was able to close up to the Spaniard at the start of lap 30 and on the run to Turn 3 he powered past the Alpine to take fourth place. He was now just over a second behind Russell.

The Mexican continued to harry the Mercedes driver and Russell’s engineer was soon on the radio telling his driver to prioritise tyre management over position. The Briton relented and on lap 27 Pérez swept past to take third.

At the front, though, the pattern from the first stint was repeating and by lap 38 Leclerc was over five seconds clear of the lead Red Bull. And then, at the start of the following tour, disaster struck for Verstappen. He crossed the line to start the lap but almost immediately he lost drive and was forced to pull over at the side of the track at the exit of Turn 1 to retire from the race.

After a brief Virtual Safety Car period, racing resumed and Leclerc now led Pérez by 11 seconds. The lone Red Bull was now four seconds ahead of Russell and Hamilton was fourth ahead of Norris and Ricciardo. In seventh place, having profited from the earlier Safety Car was Alex Albon, though the Williams driver was still on starting hard tyres. Alpine’s Esteban Ocon held eighth place ahead of Aston Martin’s Lance Stroll and the AlphaTauri of Pierre Gasly.

Stroll was under heavy pressure from Gasly and was warned (and handed a five-second penalty), for weaving on the track in defence of ninth place. However, despite the pressure building behind him the Canadian continued to resist. Ahead the obstacle of the slow Aston Martin benefited Albon and Ocon and on lap 49 the pair were nine seconds clear of the Stroll train. Gasly was growing increasingly frustrated, but on lap 50 he eventually saw an opportunity and he muscled his way past Stroll into Turn 1 to take P9.

At the front, and with five laps remaining, Leclerc was a whopping 20 seconds clear of Pérez as the Mexican throttle back to ensure P2. Russell was now three seconds behind the Red Bull, with Hamilton fourth ahead of Norris and Ricciardo. Albon at last pitted at the end of the penultimate lap and after bolting on soft tyres he emerged in 10thplace.

Behind the top three, Hamilton finished fourth ahead of Norris and Ricciardo and Ocon took seventh ahead of Alfa Romeo’s Valtteri Bottas. Gasly was ninth and after starting from the back of the grid having been disqualified from qualifying due to a fuel irregularity, Albon took the final point on offer with a well-worked 10th place. 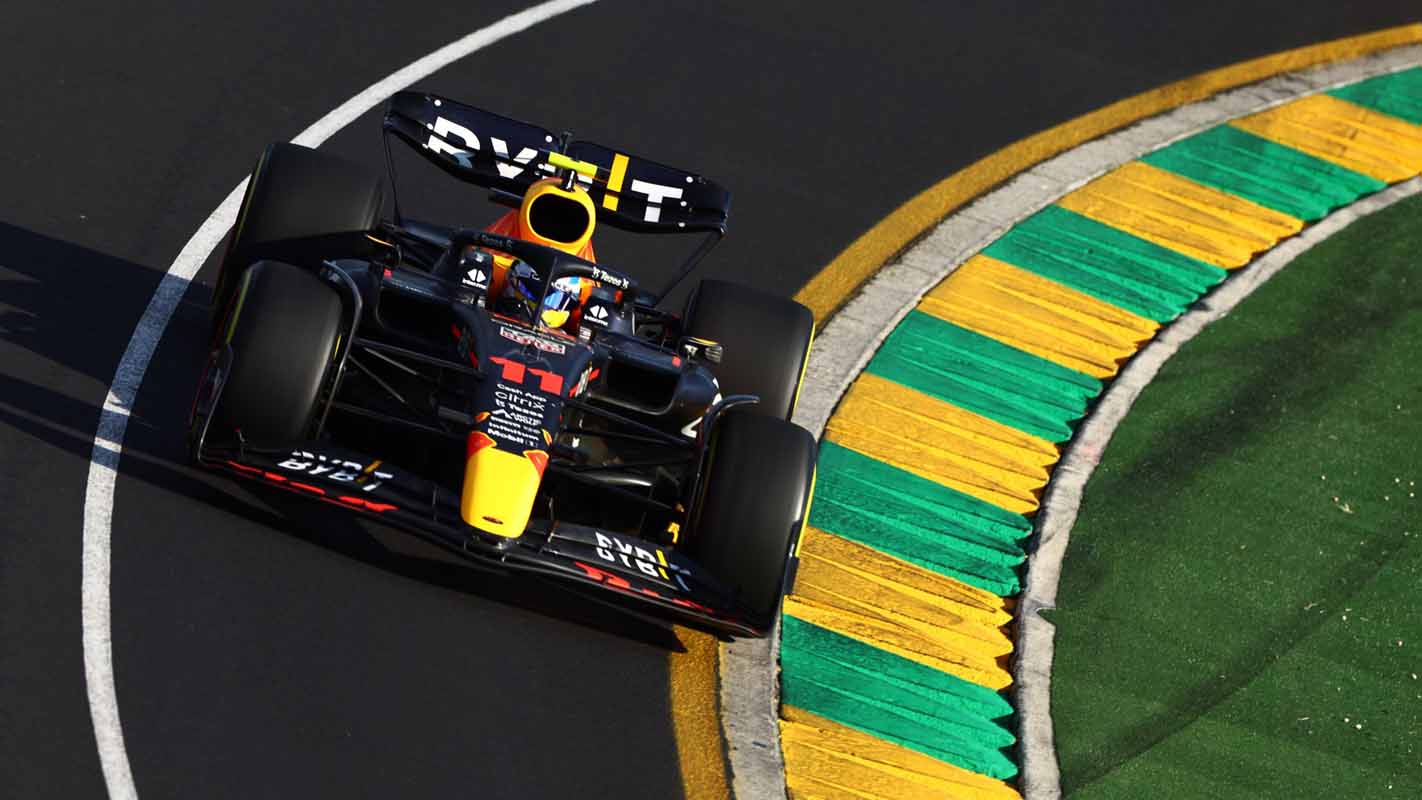 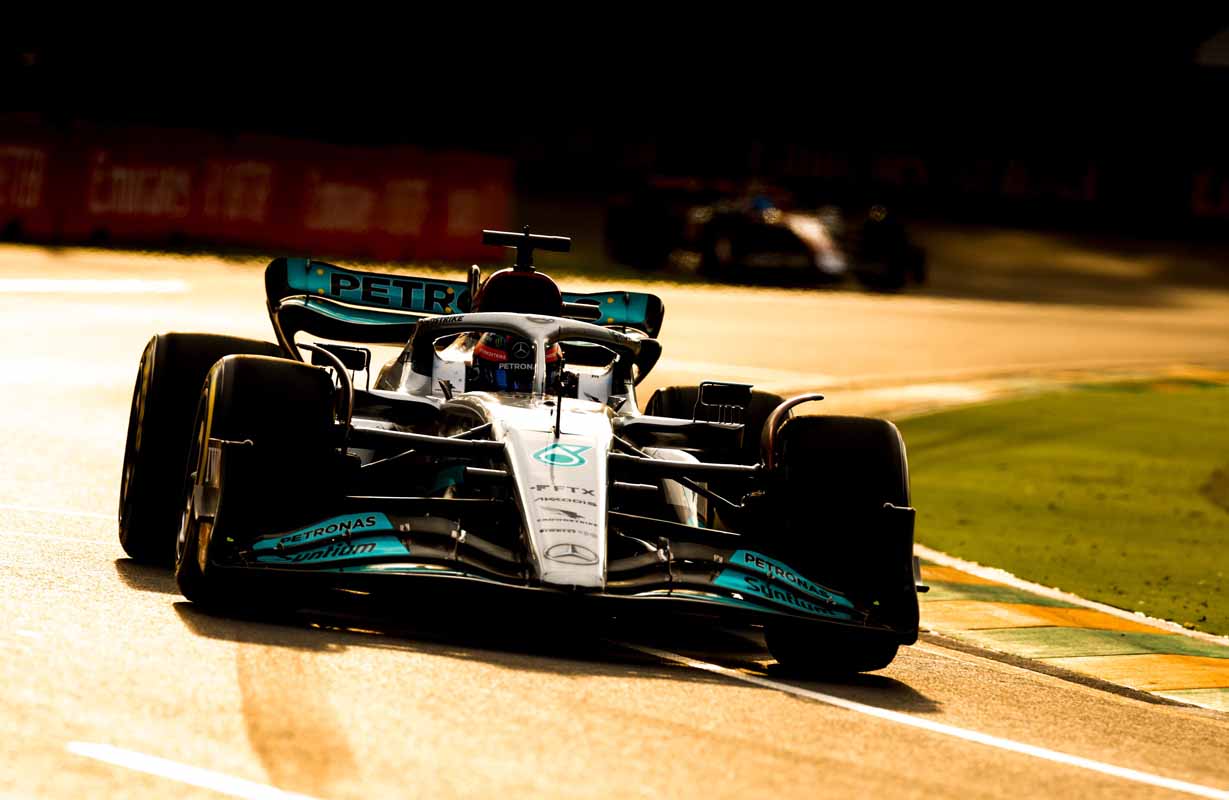 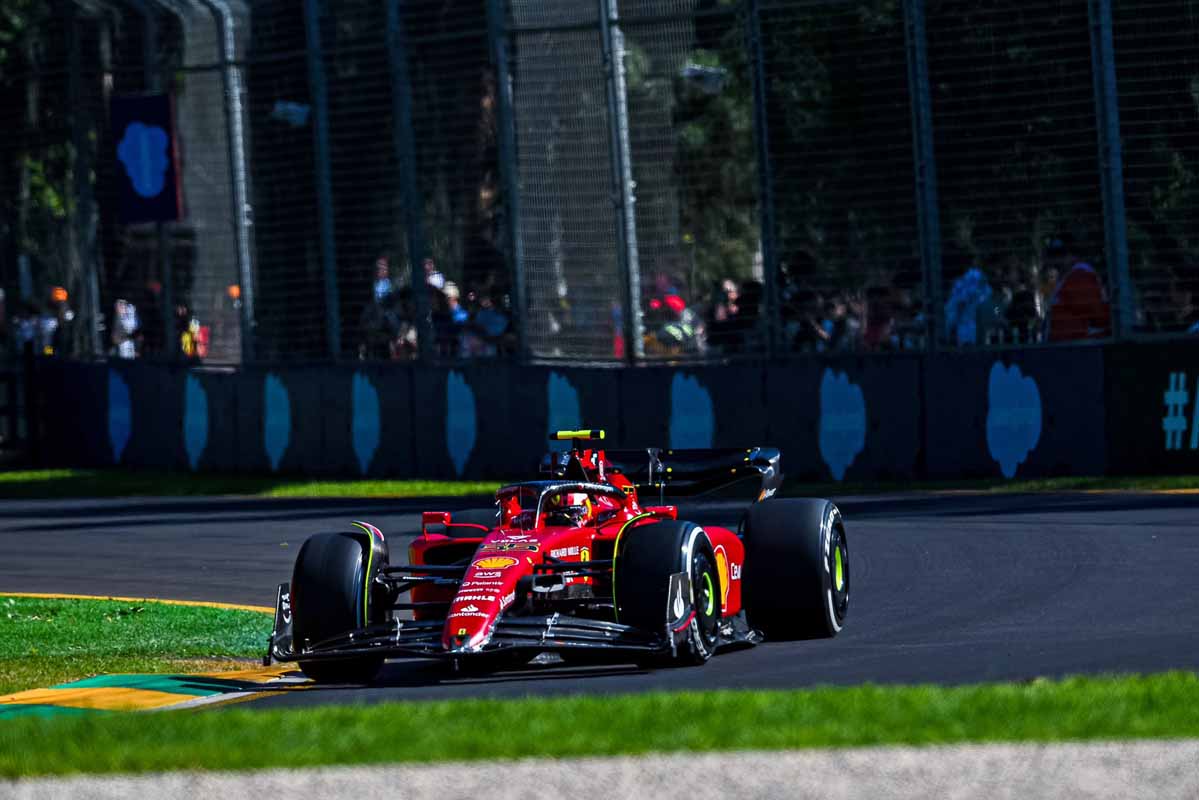 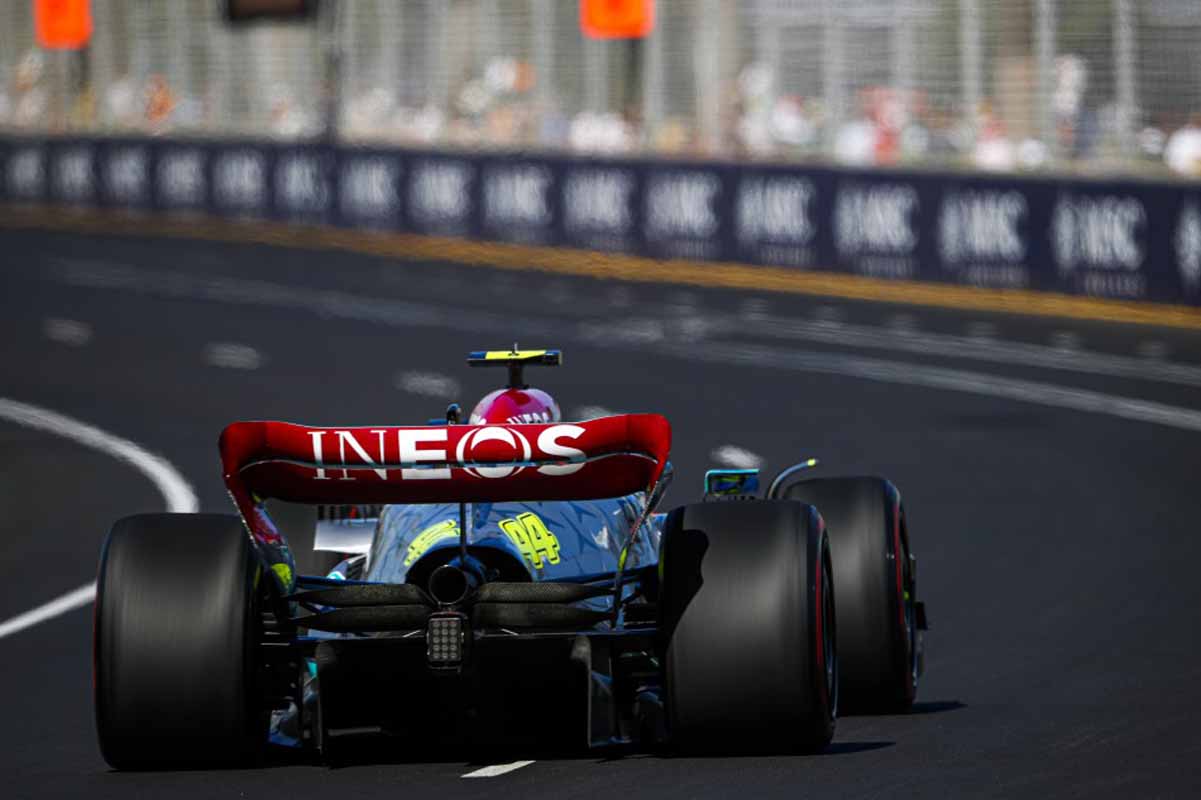 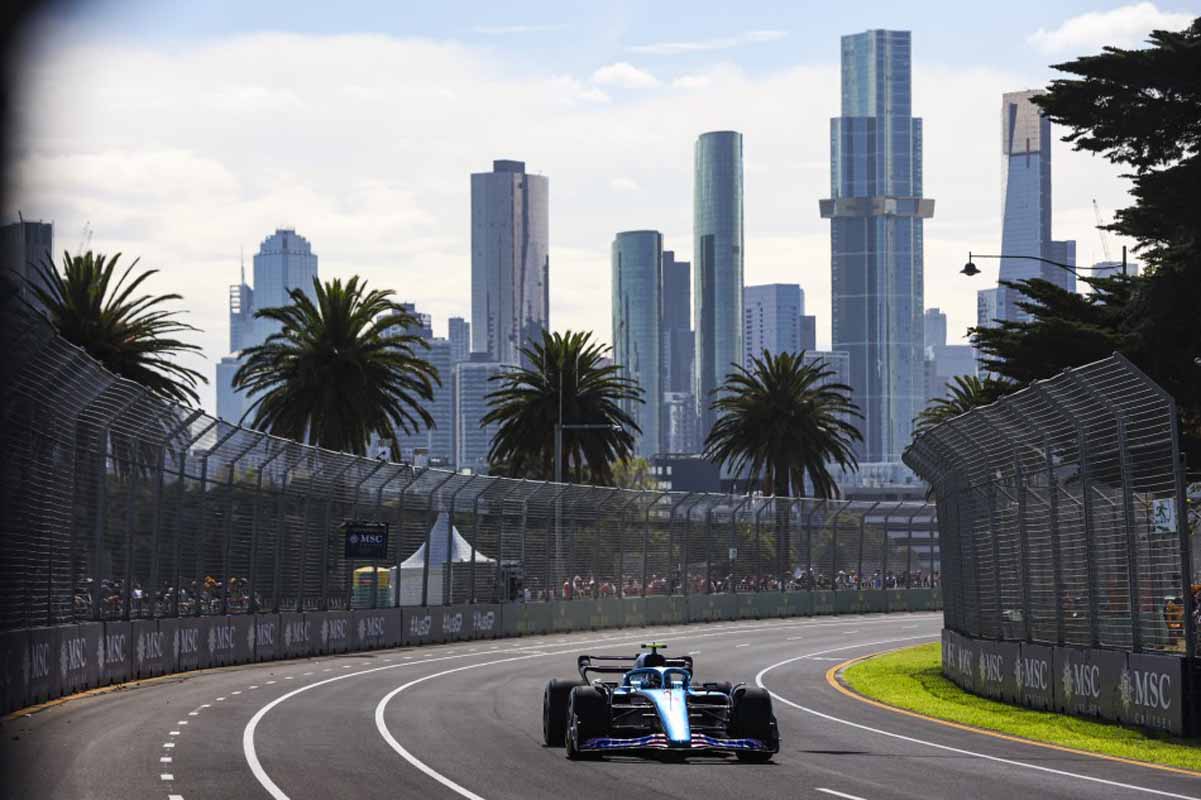 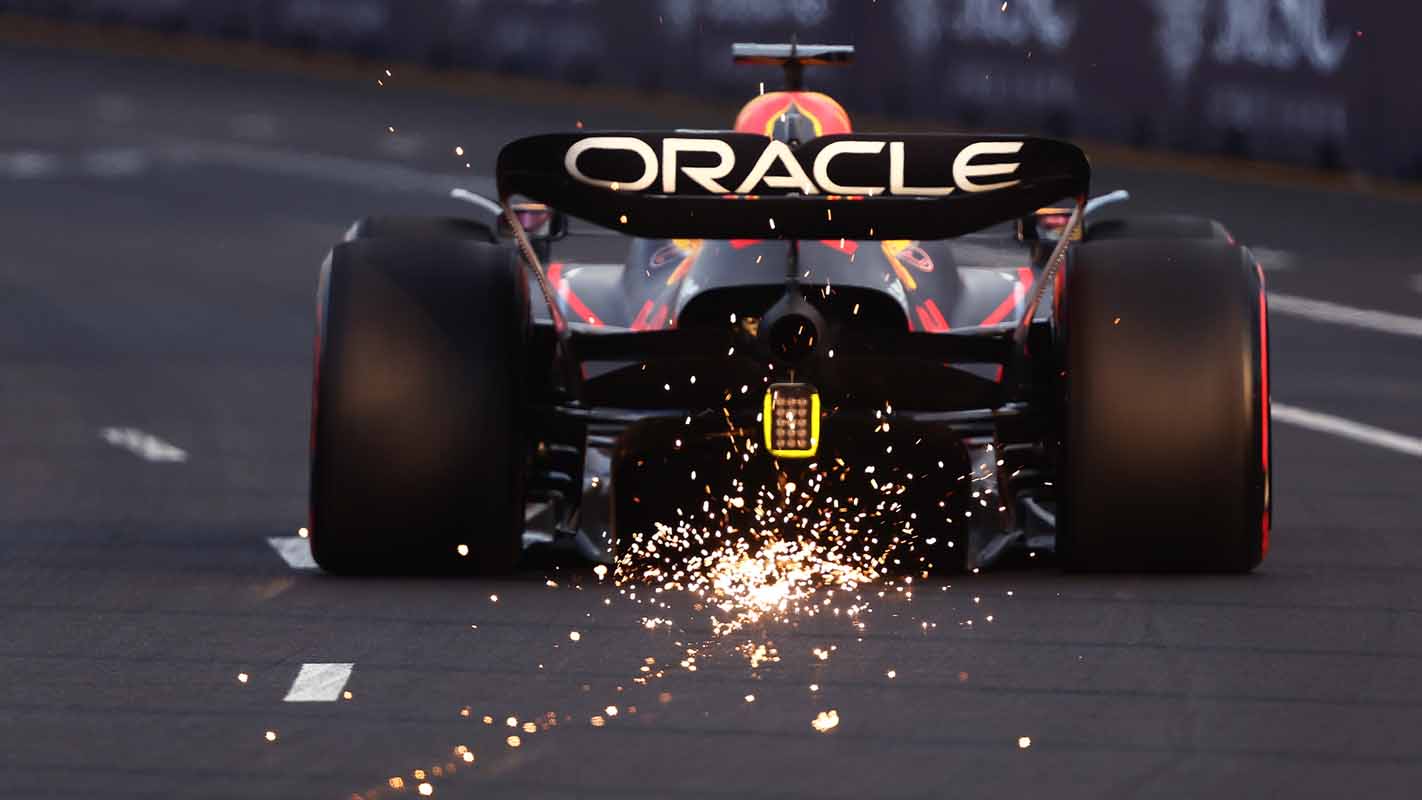 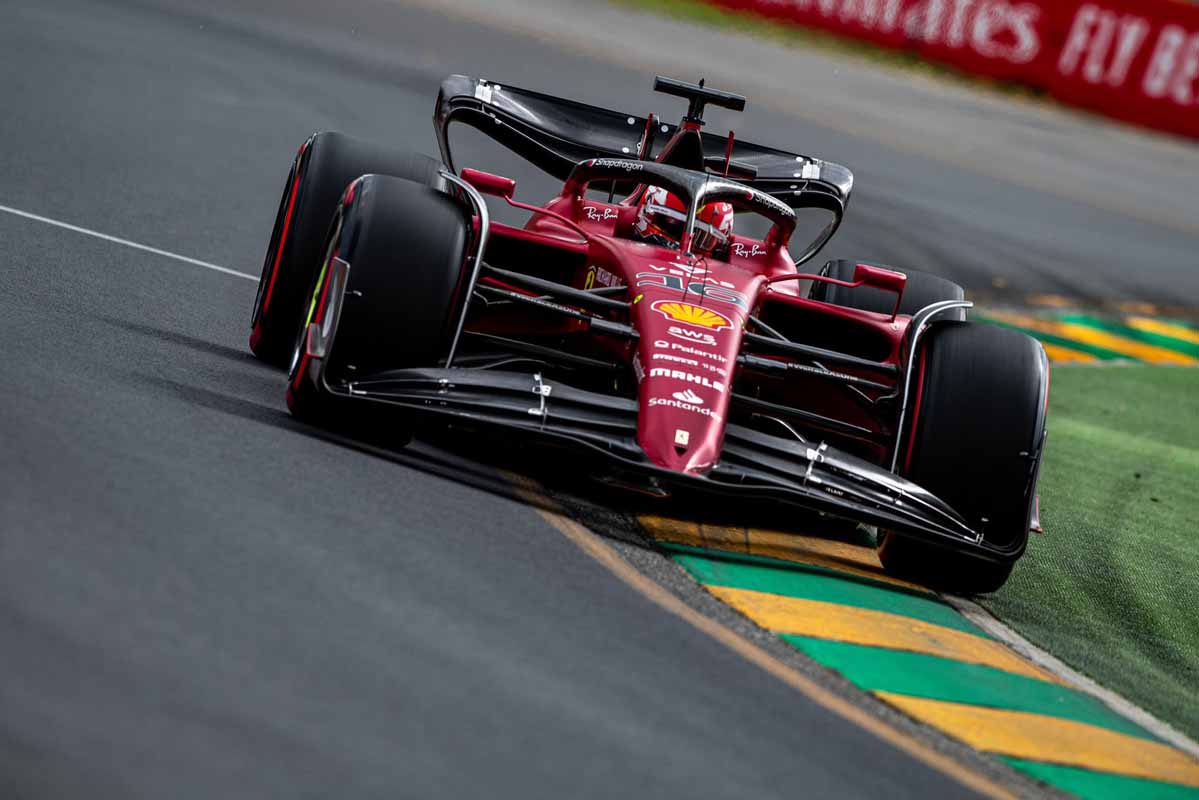 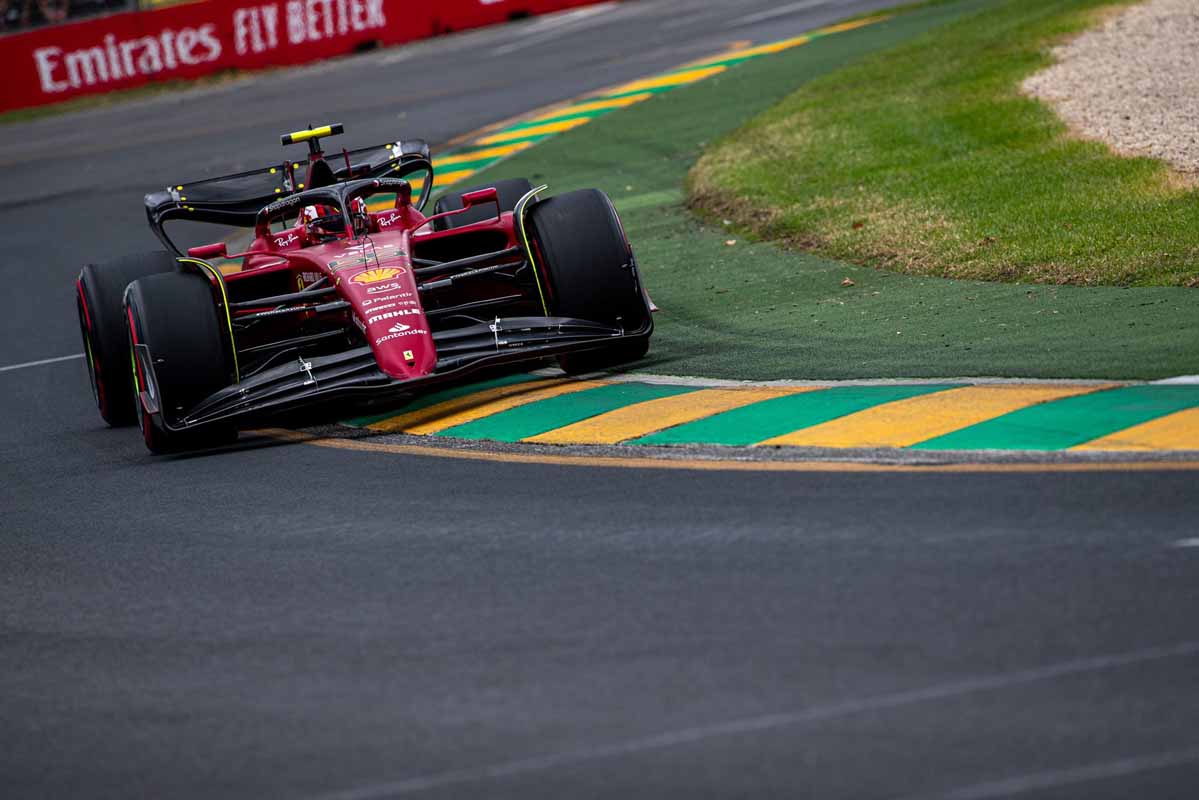 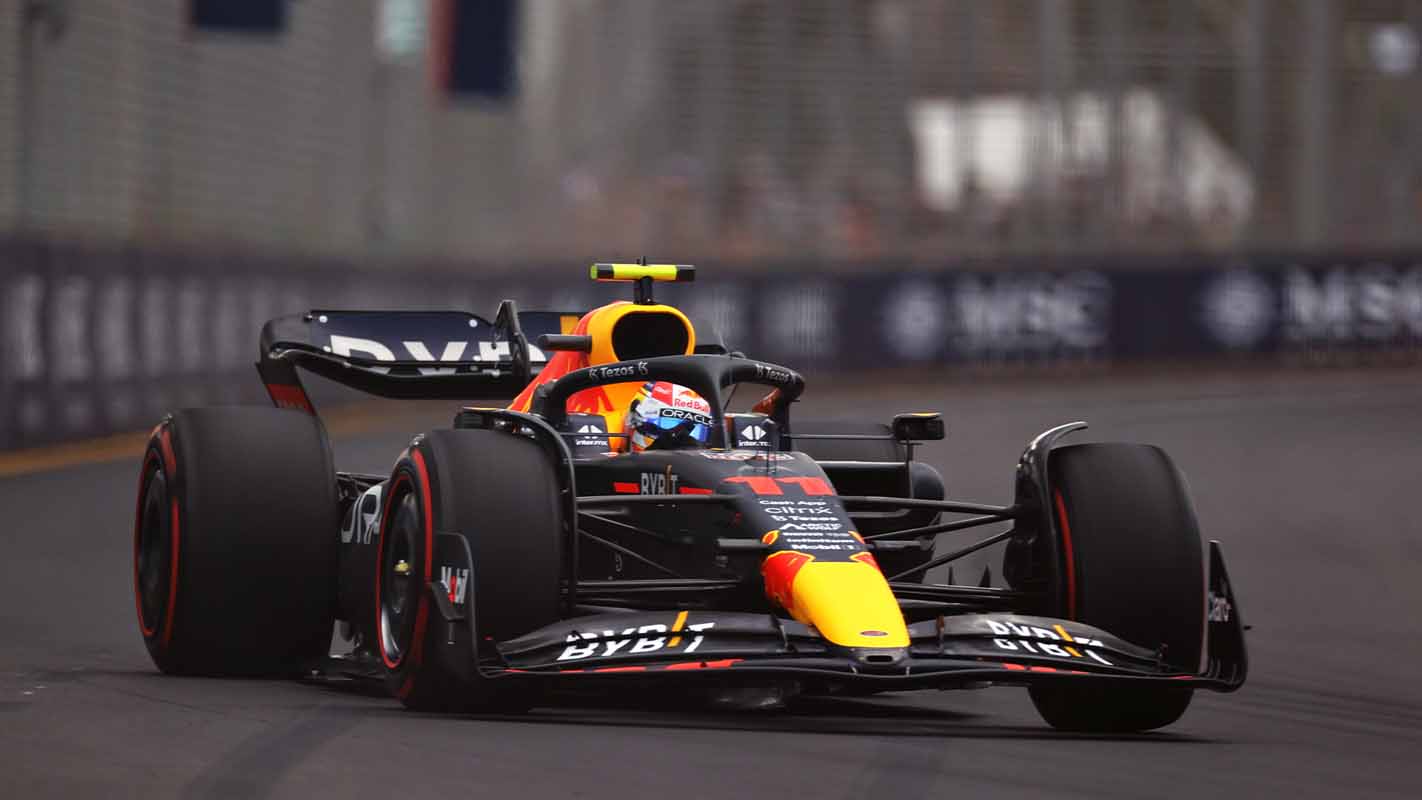 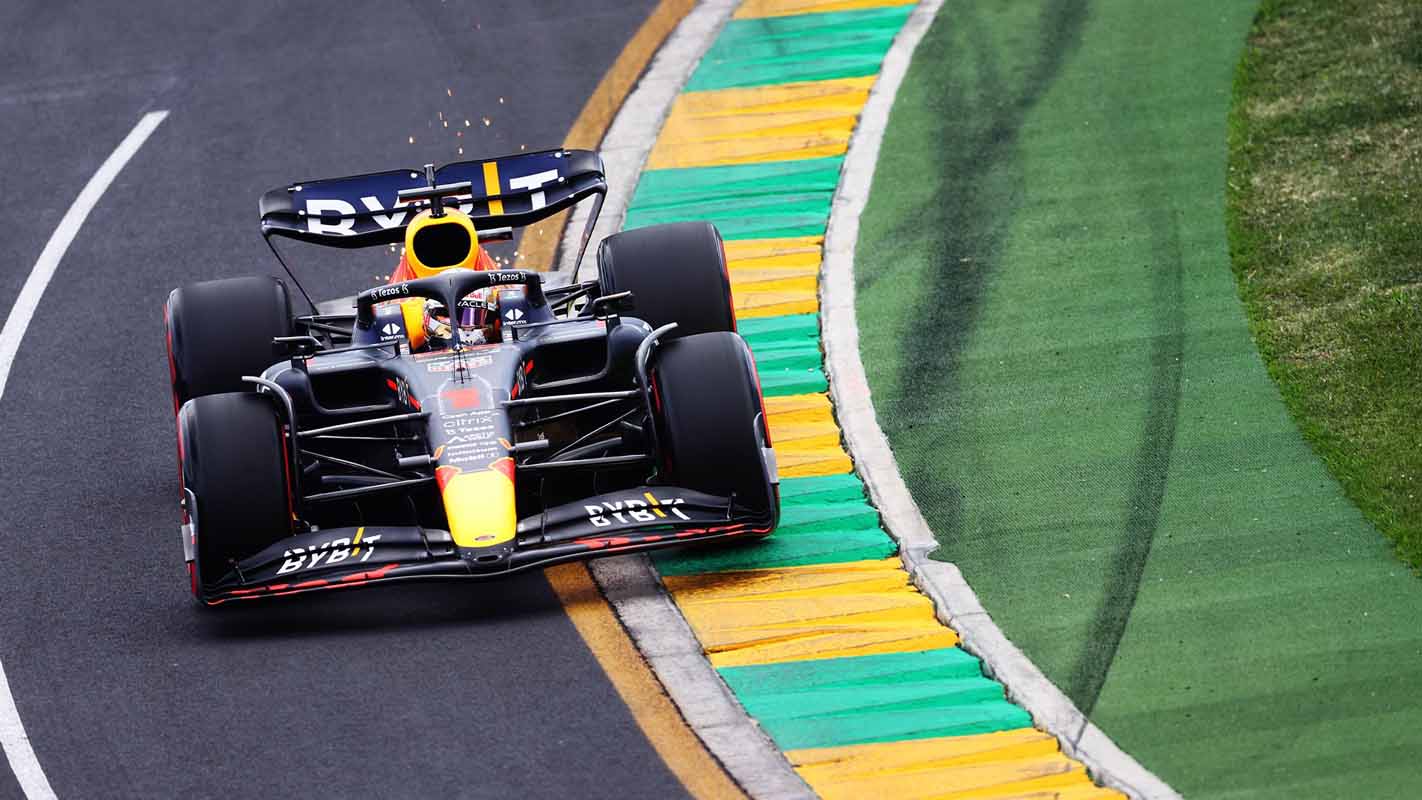 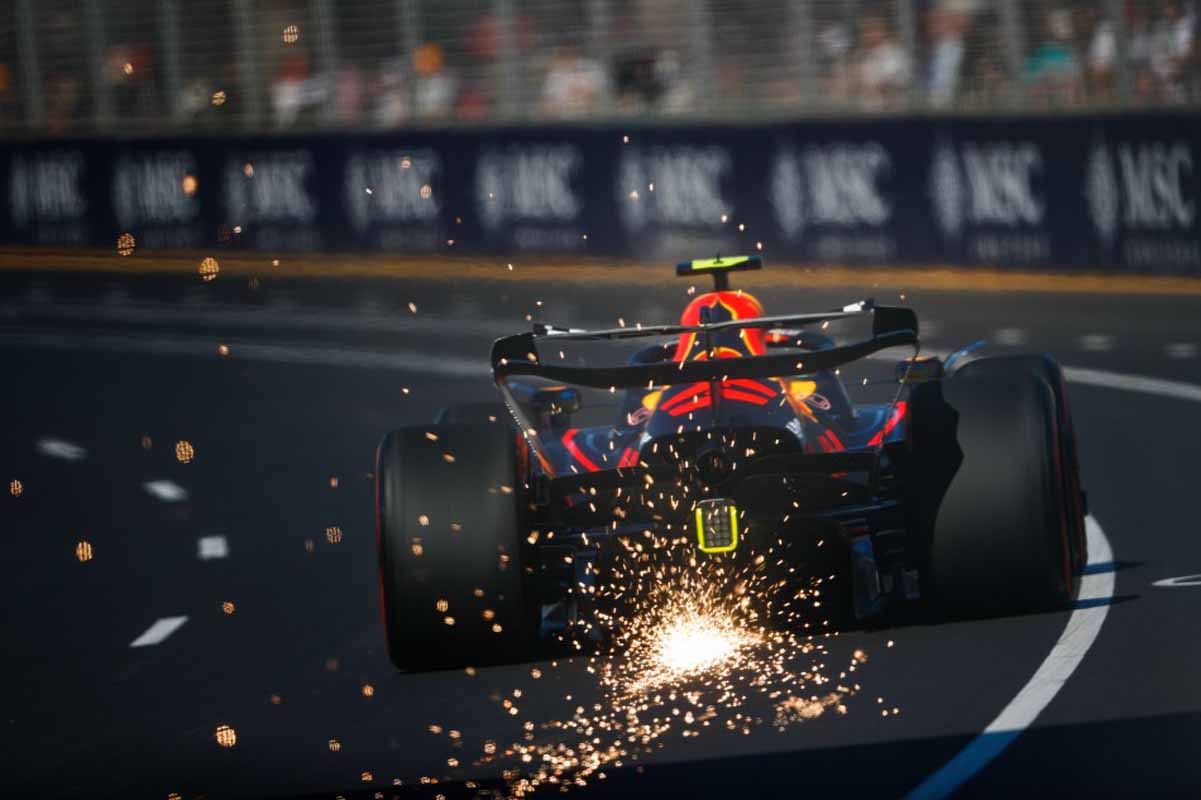 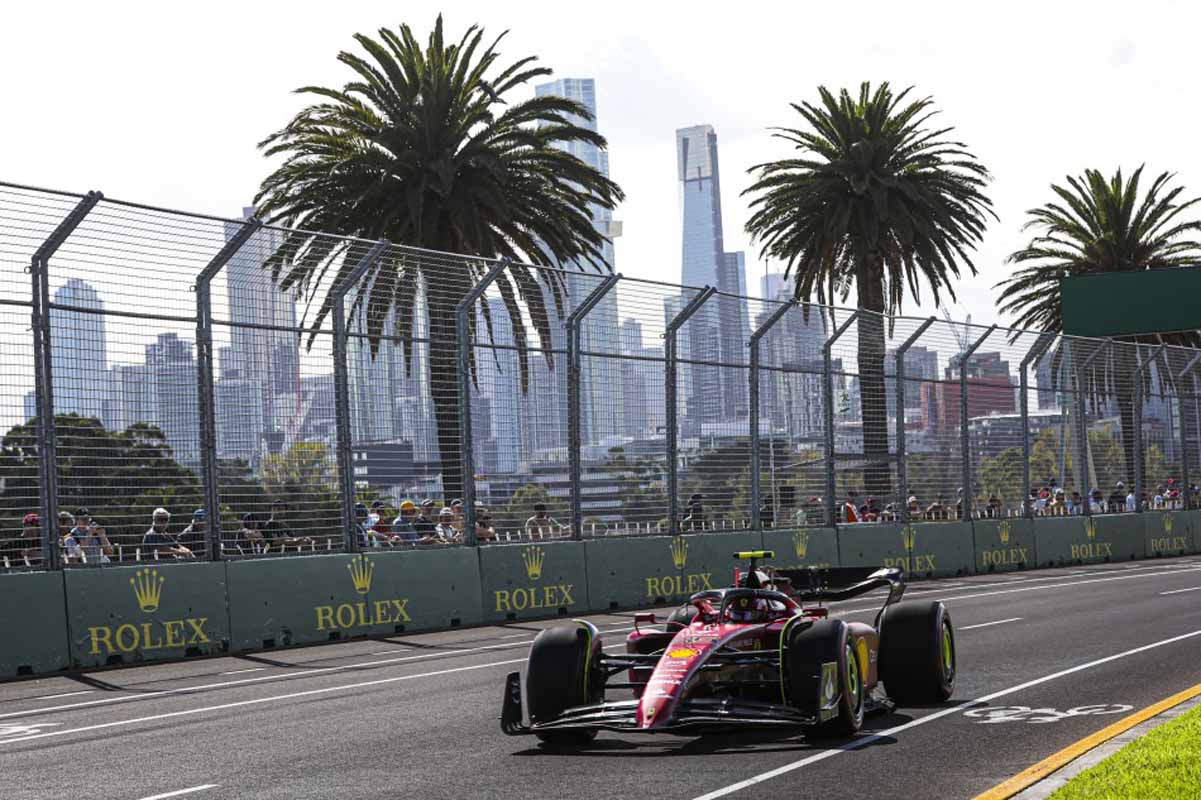 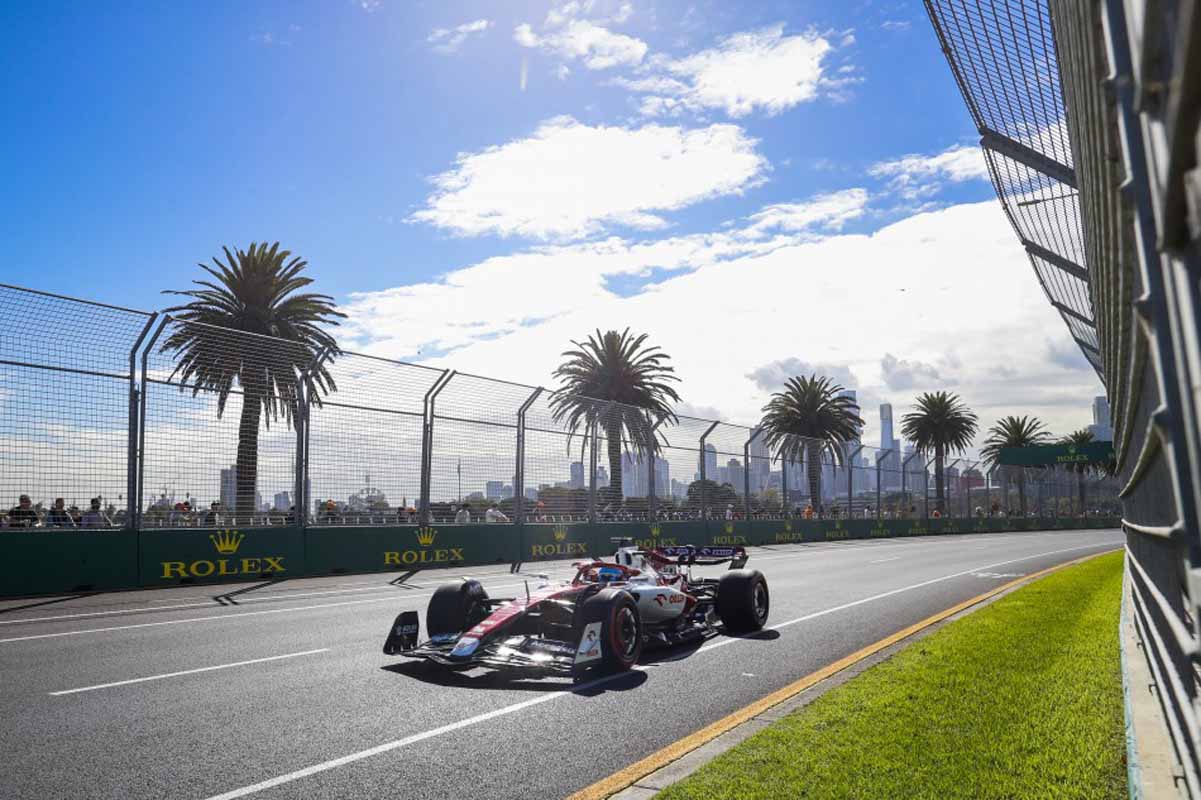 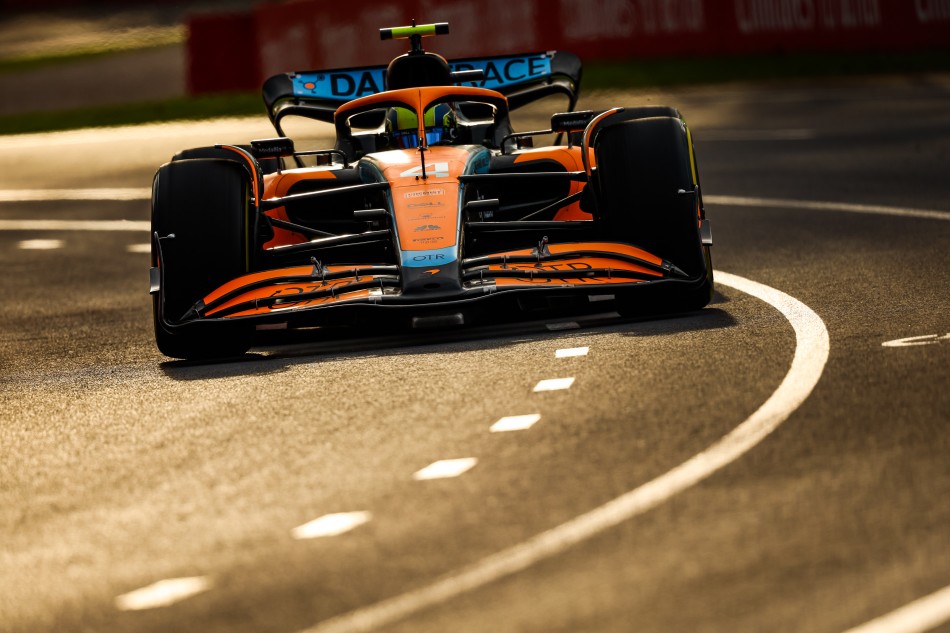