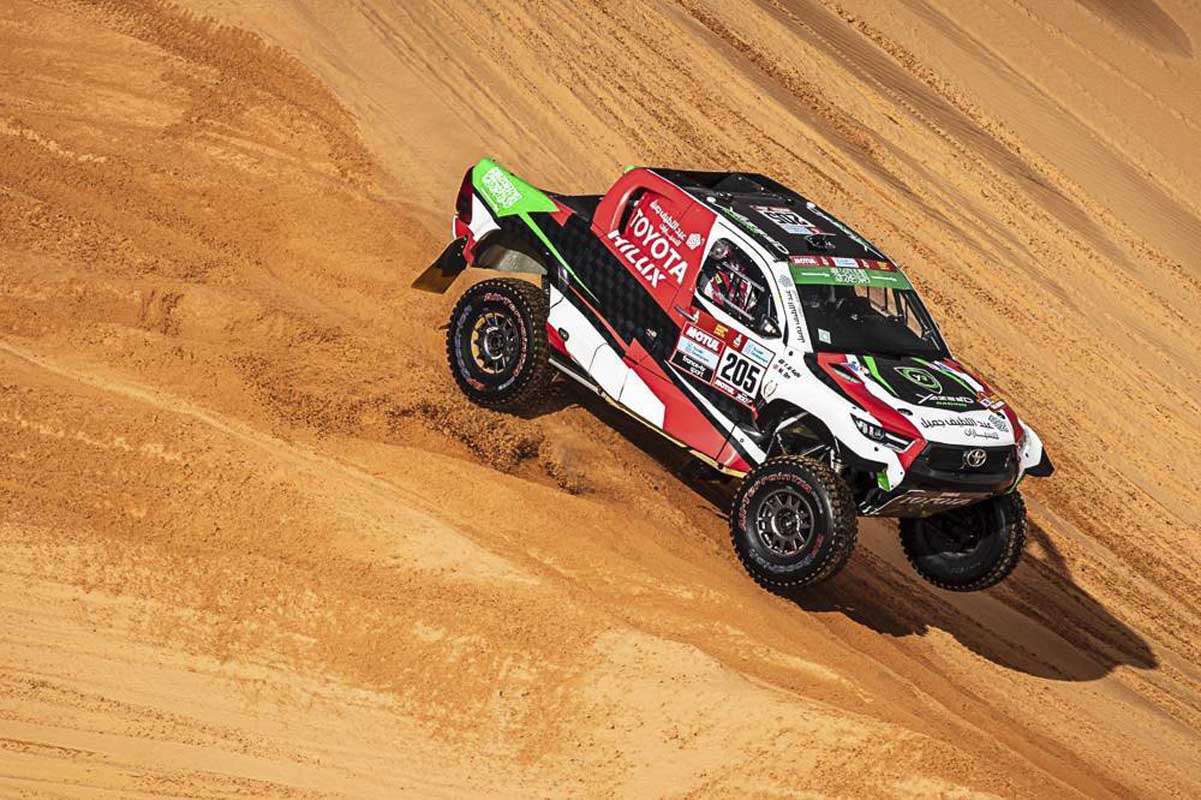 Rally leaders put the pedal to the metal to build their early advantages.

It’s only the second day of the 2022 Dakar Rally and already the leading contenders have decided that the best form of defence is full attack. Here’s what you need to know:

– Top speed over the dunes paid dividends for many on Stage 2 as big risks delivered big rewards during 339km against the clock, and nowhere was out-and-out pace more in evidence than in the almighty scrap at the front of the car race on Stage 2.

– Sébastien Loeb (FRA) got the bit between his teeth and hunted down Nasser Al-Attiyah (QAT), setting the day’s fastest time in the process. Nine-time WRC winner Loeb is no stranger to setting records and today his 15th Dakar stage win was also the first for Team BRX.

– Despite Al-Attiyah missing out on a third consecutive stage win, the Qatari does still retain his overall lead of the car category. Expectations are high in the bivouac for another battle tomorrow between the T1+ machines of Al-Attiyah and Loeb.

– It was a much better day for Audi Sport compared with their struggles yesterday. All three Audi RS Q e-tron cars placed inside the Top 10 of the car race on Stage 2. Carlos Sainz (ESP) led the team’s charge as he finished third, less than six minutes back from Loeb. 14-time Dakar winner Stéphane Peterhansel (FRA) posted the day’s fifth fastest time, a result made all the more remarkable considering he didn’t get back to the bivouac last night until long after sunset. Completing a fine day for Audi’s trio was Mattias Ekström (SWE) who drove to ninth place on Stage 2.

– 2017 Dakar winner Sam Sunderland (GBR) is out to make history. The Brit would become the first rider to win the Dakar bike race with two different brands since the legendary Richard Sainct (FRA) did it two decades ago. Sunderland is racing his first Dakar as a GasGas rider after a successful period with KTM (including his win in 2017). With two stages done in Saudi Arabia, Sunderland finds himself once again leading the bike category.

– Third overall in the bike race is Sunderland’s GasGas Factory team-mate Daniel Sanders (AUS). It’s a remarkable start for the Spanish manufacturer who had never recorded a podium result on a Dakar stage before this edition of the rally.

– Leading the charge for the Red Bull KTM Factory Team is 2018 Dakar winner Matthias Walkner (AUT). Walkner is just four minutes back from race leader Sunderland. It was also a far more enjoyable day for Walkner’s KTM Factory team-mates Kevin Benavides (ARG) and Toby Price (AUS) who both finished in the Top 5 on Stage 2.

– It was a mixed day for the Red Bull Off-Road Junior Team. On the plus side, Guillaume de Mevius (BEL) battled back from yesterday’s long day in the dunes to win today’s stage. The team also still have Cristina Gutiérrez (ESP) fighting for a spot on the overall podium. However, the bad news for the team on Stage 2 was that both Seth Quintero (USA) and Andreas Mikkelsen (NOR) came to a halt near the finish line and suffered significant time losses.

– Tonight the Dakar convoy congregates at the Al Qaisumah bivouac due to the proposed Marathon bivouac at Al Artawiyah being washed out by heavy rains. No racing distance has been lost as a result of the weather though, and tomorrow’s 368km special stage remains intact. Will pure pace once again win the day or will race leaders now look to protect their hard earned gains?

Sébastien Loeb: “It was a real tussle between Nasser and myself today. He was opening the road and was really pushing for all 340km. By the end of the stage I had caught him.”

Nasser Al-Attiyah: “We were able to go fast today and we always enjoy that. I think this will be an extremely fast Dakar all the way to the end. The performance of our T1+ is really fantastic.”

Stéphane Peterhansel: “This is the first stage we’ve finished without a technical problem and it feels really good.”

Sam Sunderland: “I just tried to push all the way today. Again there was a lot of navigation with some tricky notes in the roadbook.”

Daniel Sanders: “It was a wild start to the day, really fast. Directly after the first refuelling I got a bit lost. When I’d fixed the mistake I pushed as much as I could on the dunes to try and get back some time.”

Kevin Benavides: “Today was a good day after yesterday’s disaster of a stage for me. It’s only the second day and already we have had our ups and downs.”

Cristina Gutiérrez: “The important thing was to finish the stage because we still have many days left in front of us.” 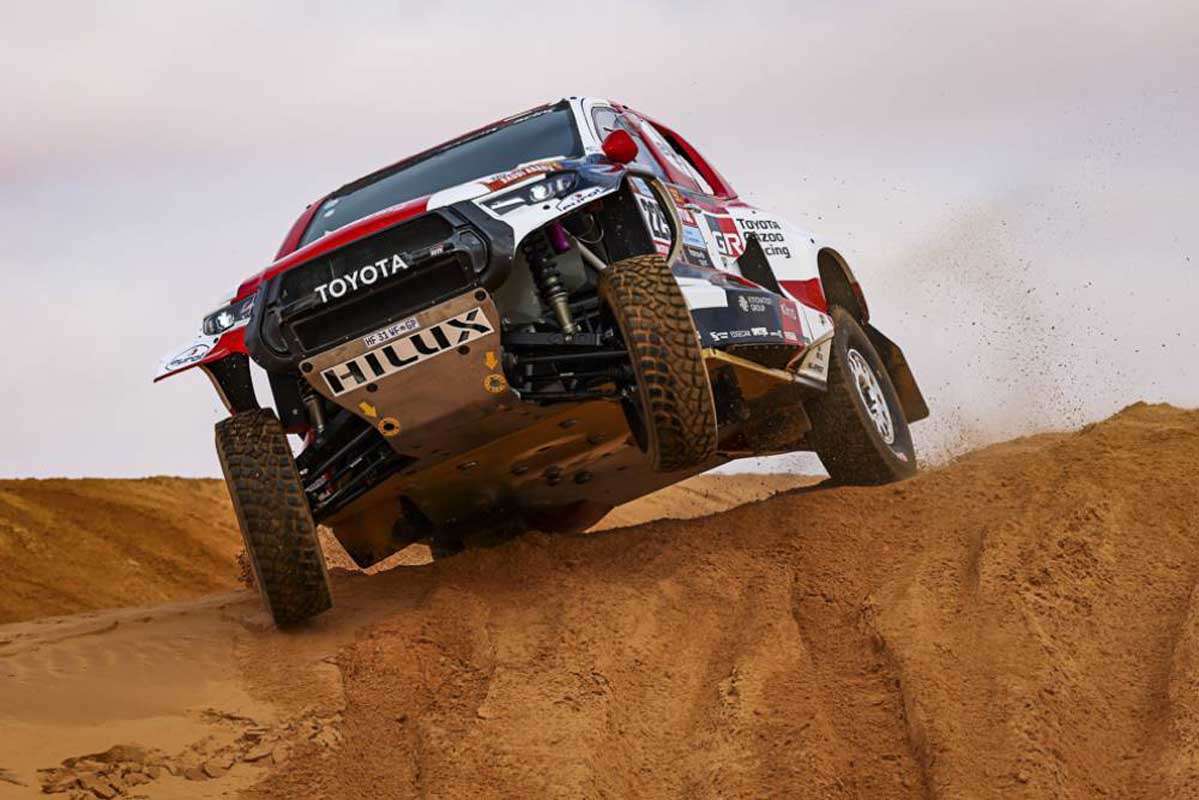 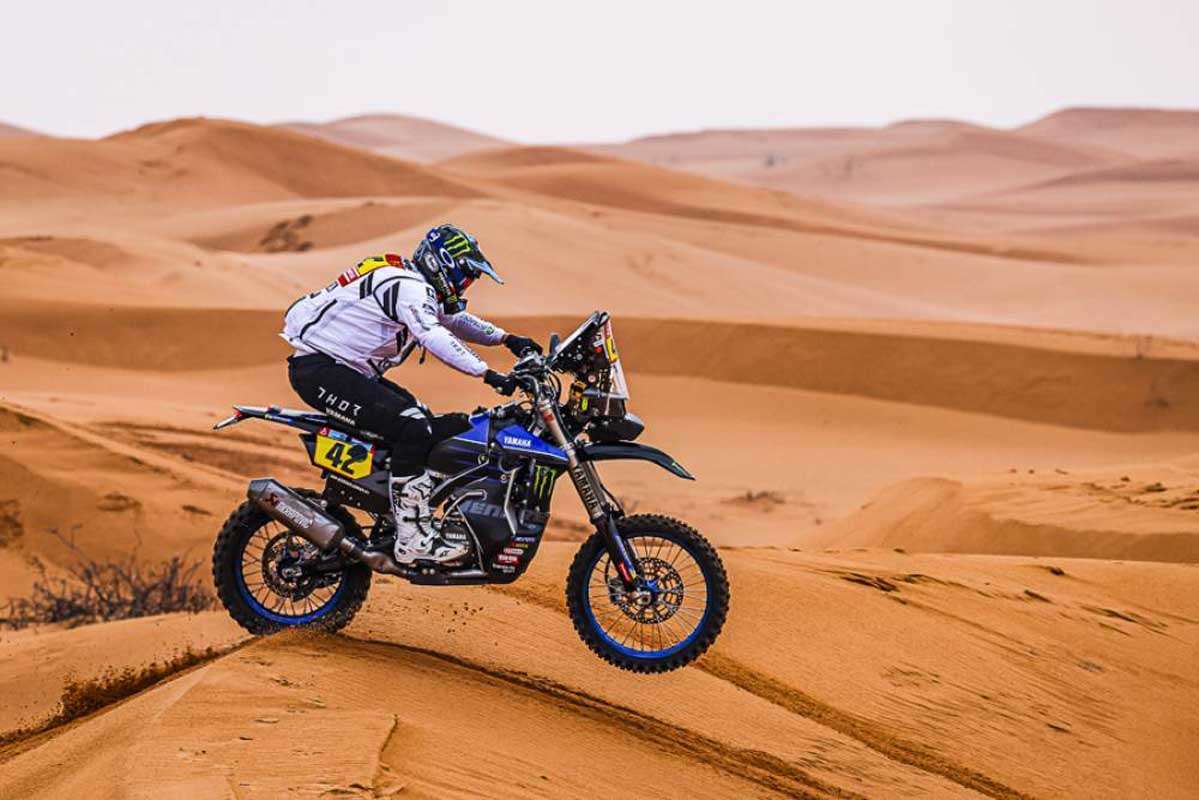 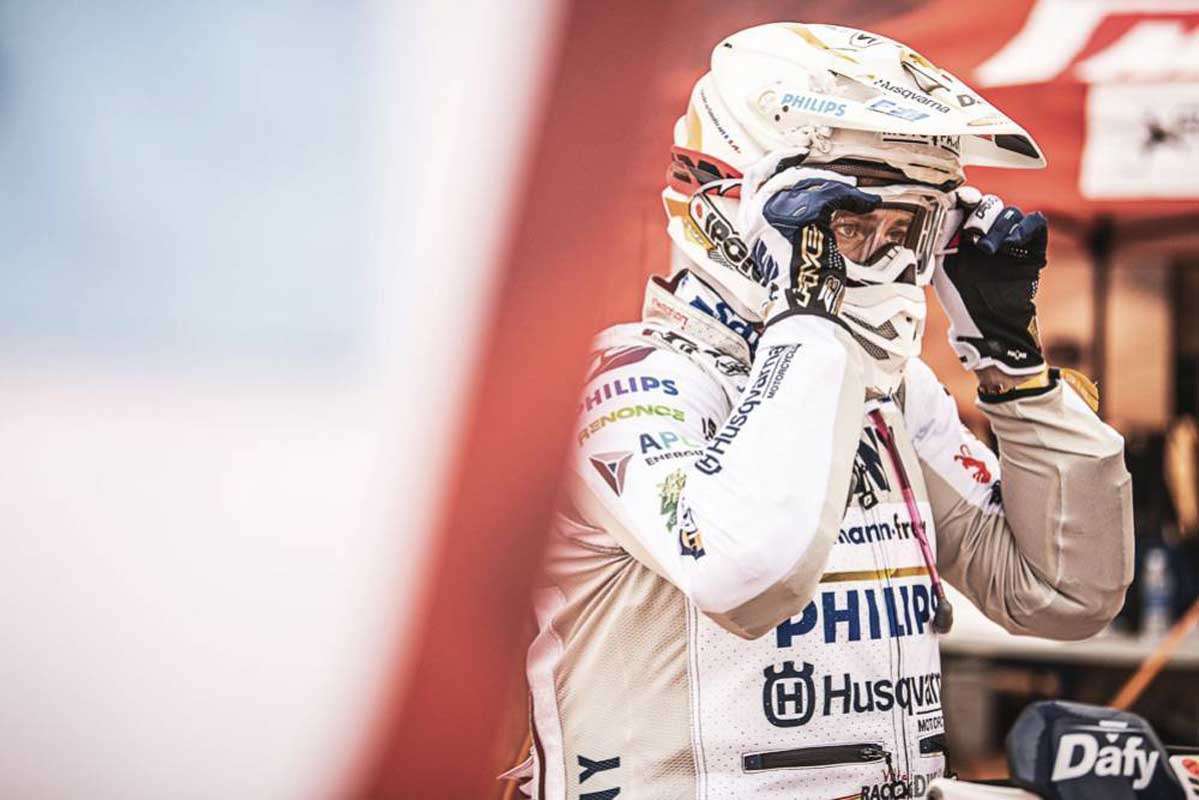 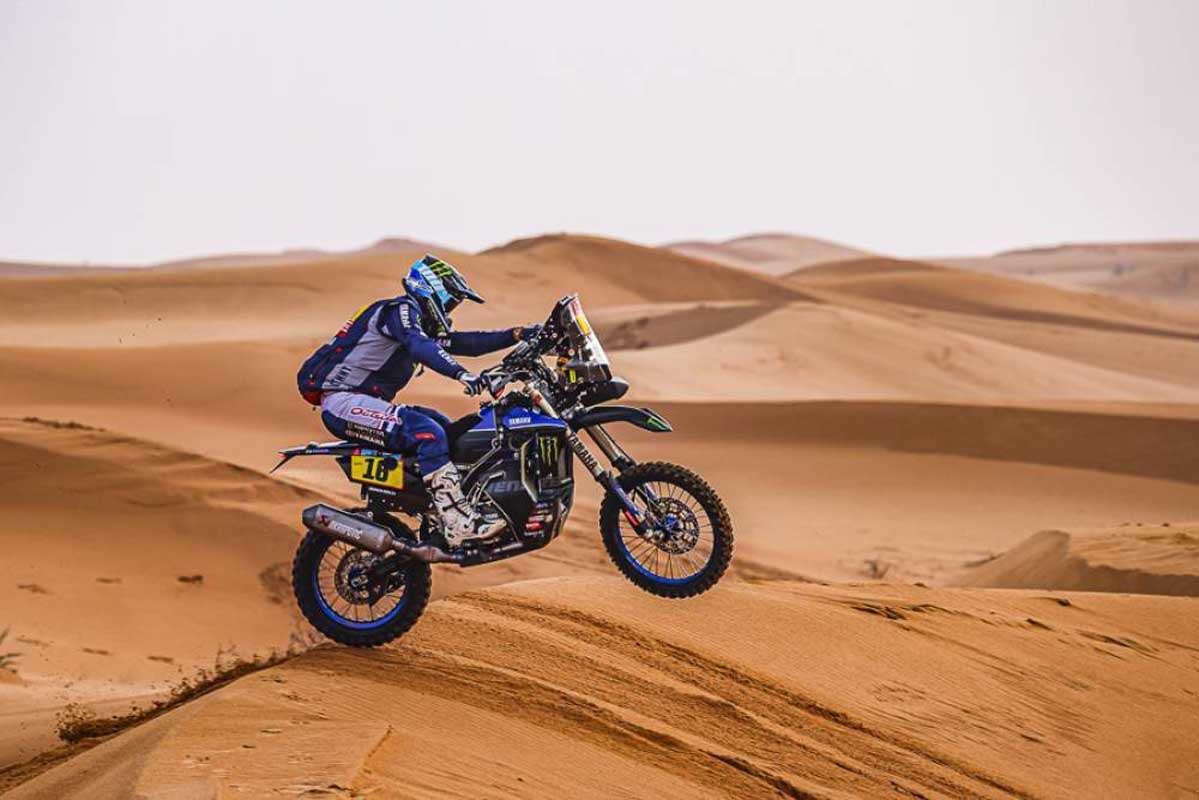 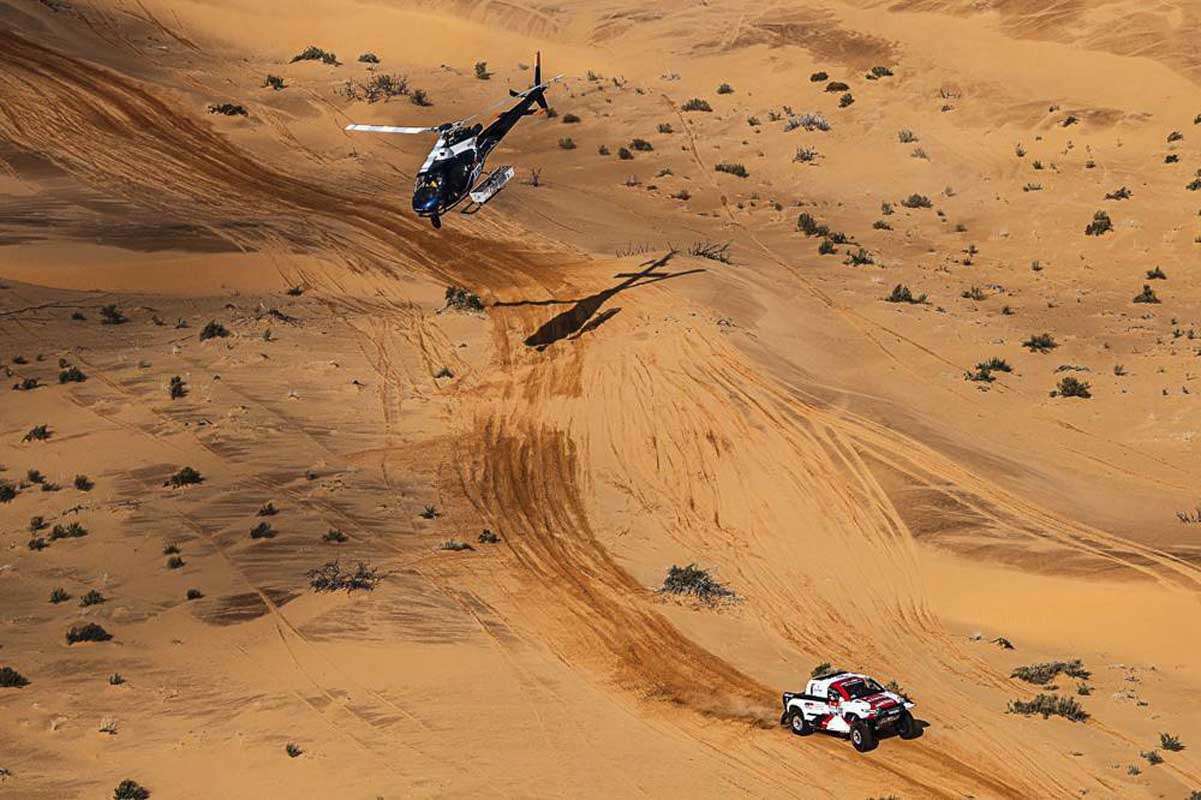 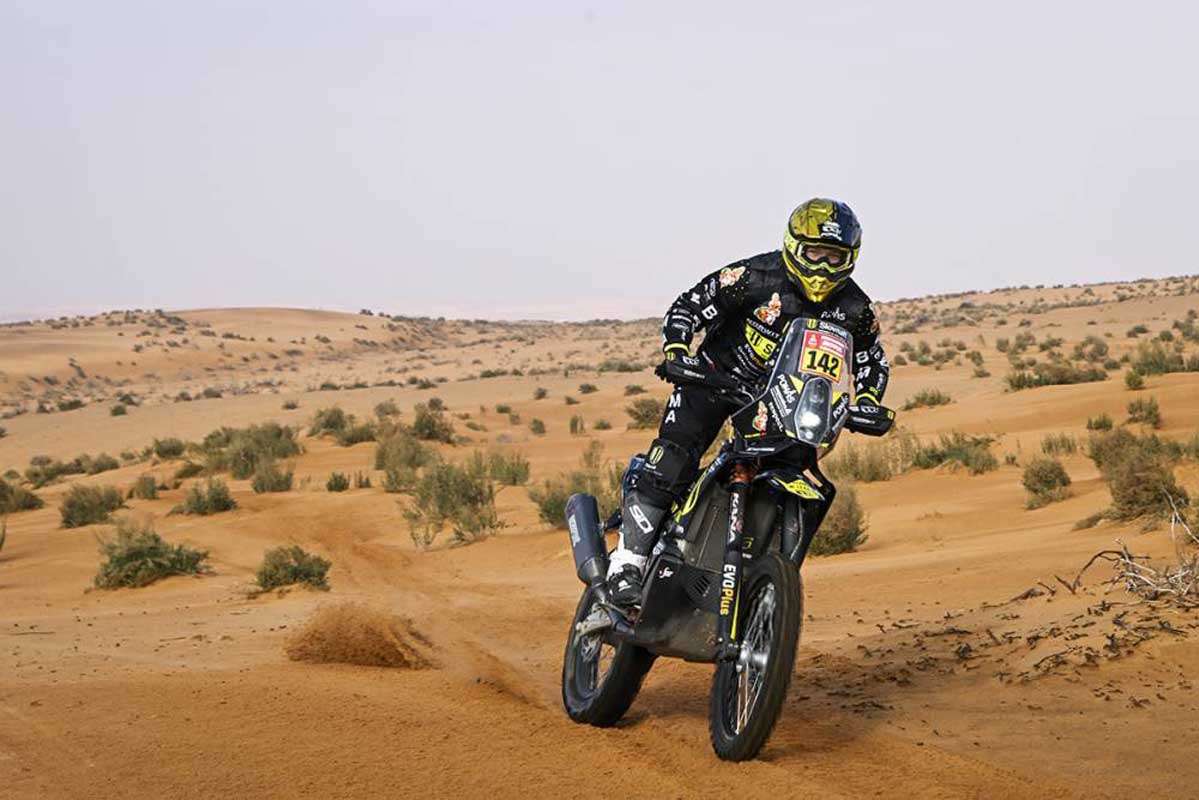 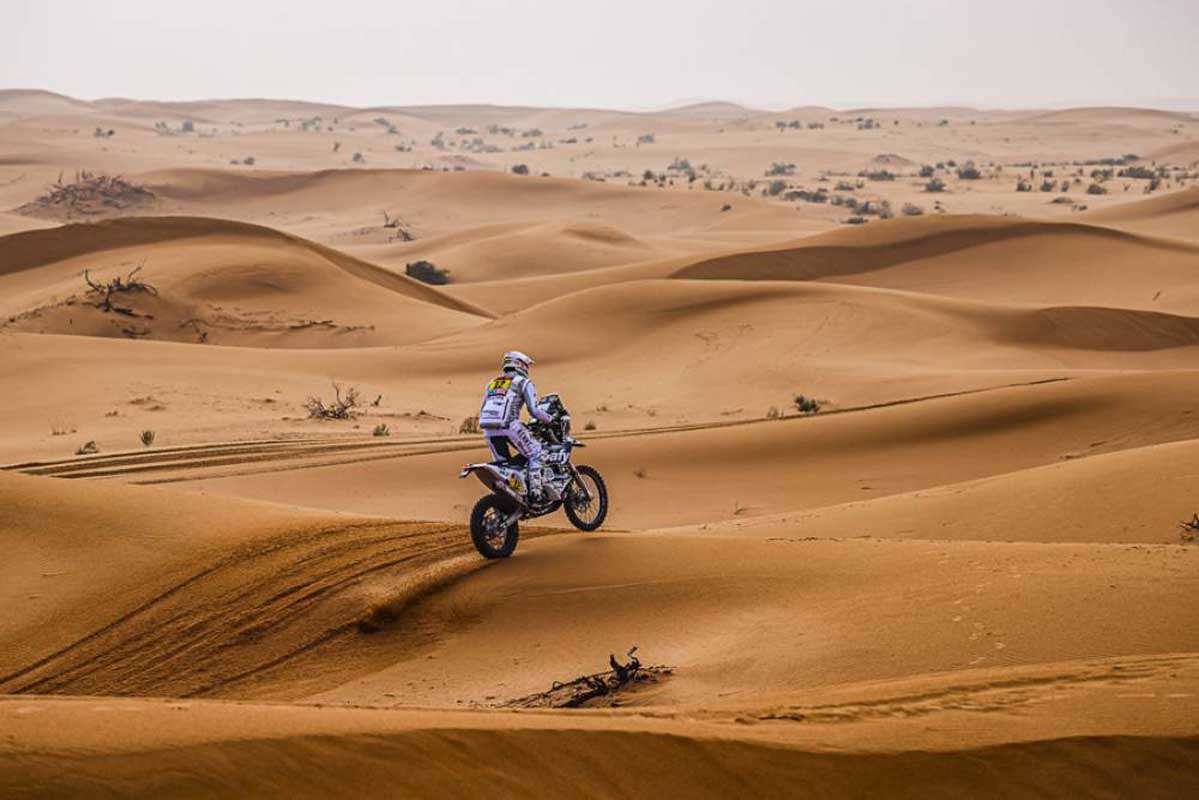 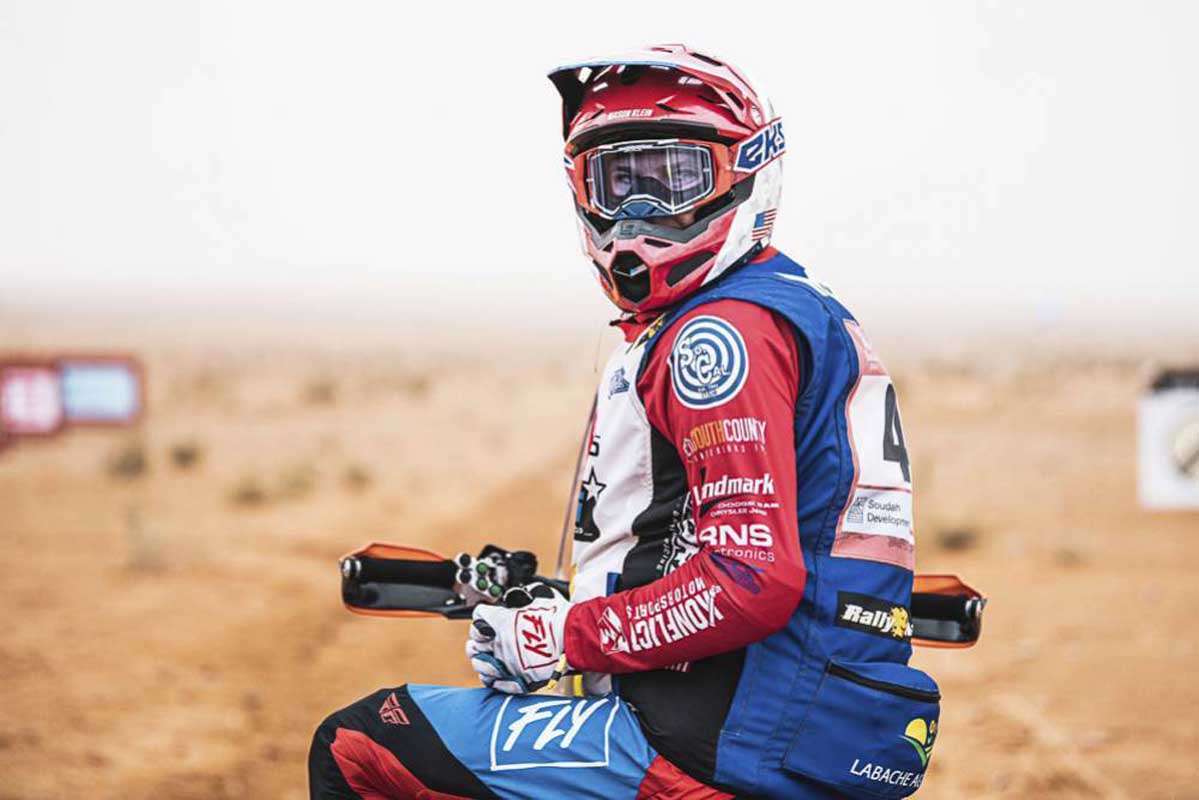 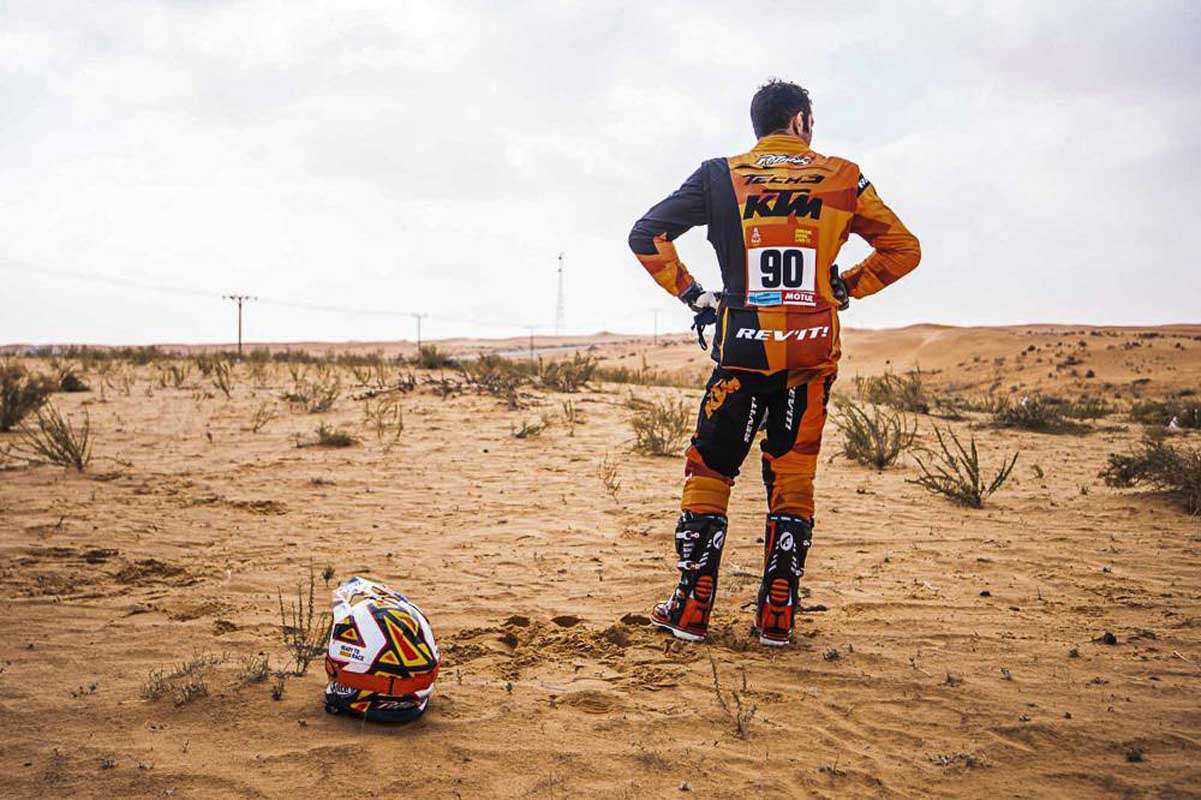 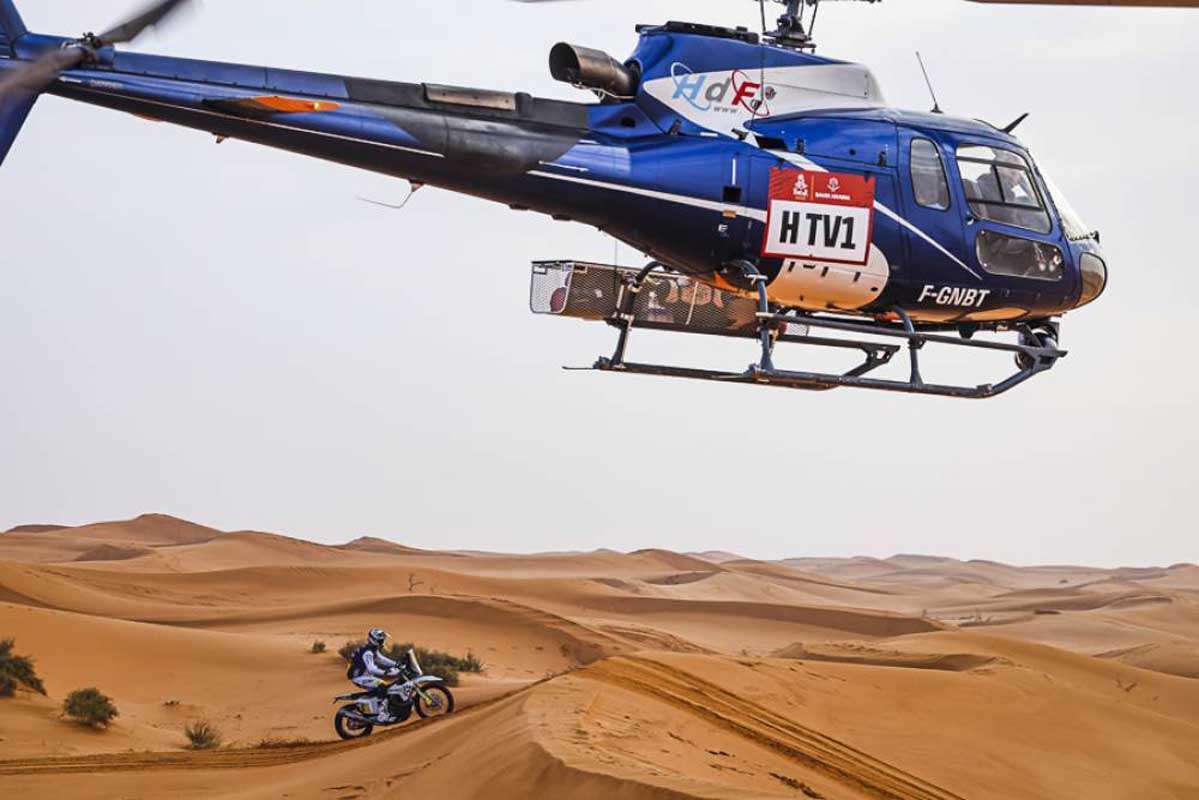 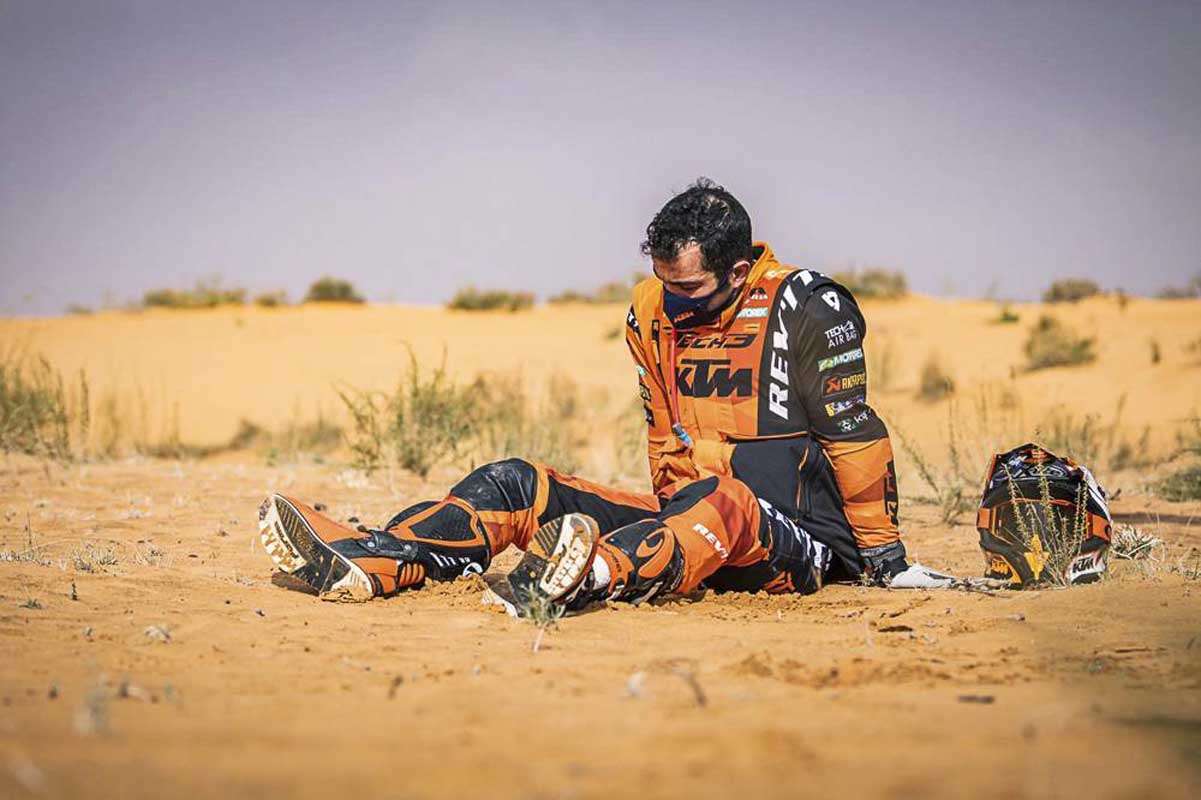 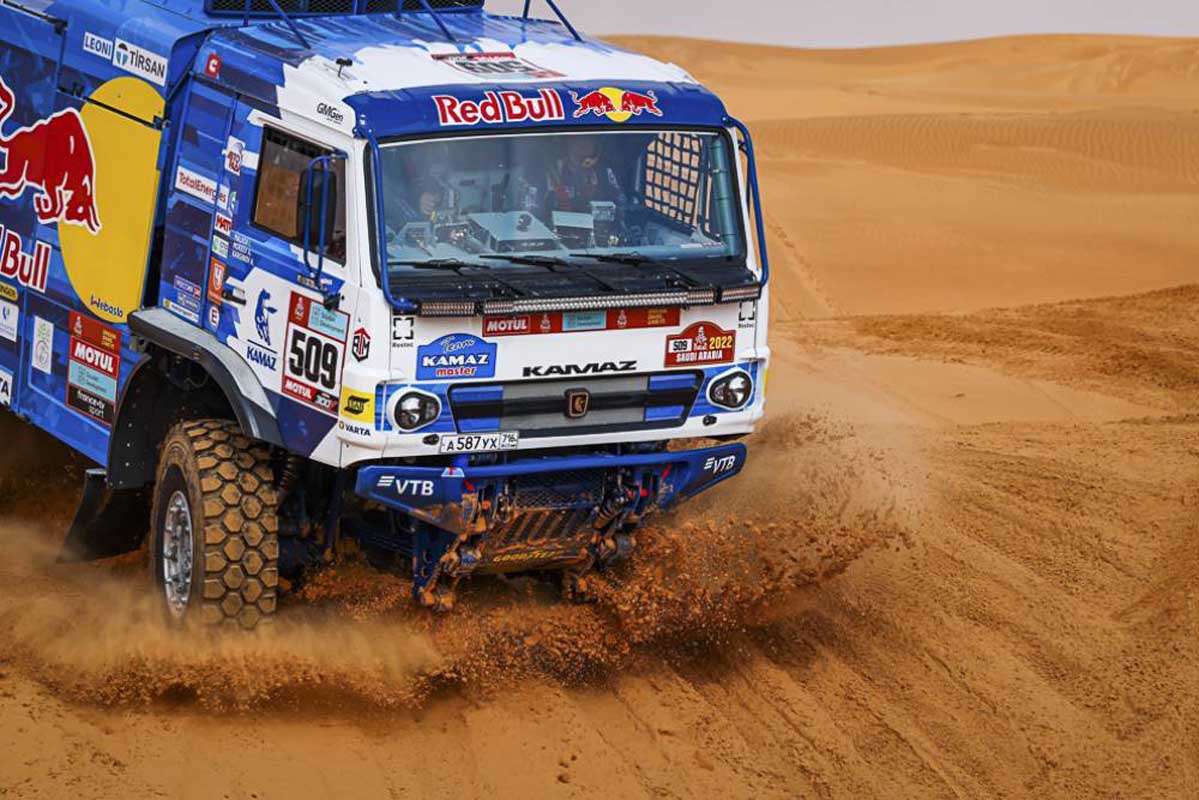 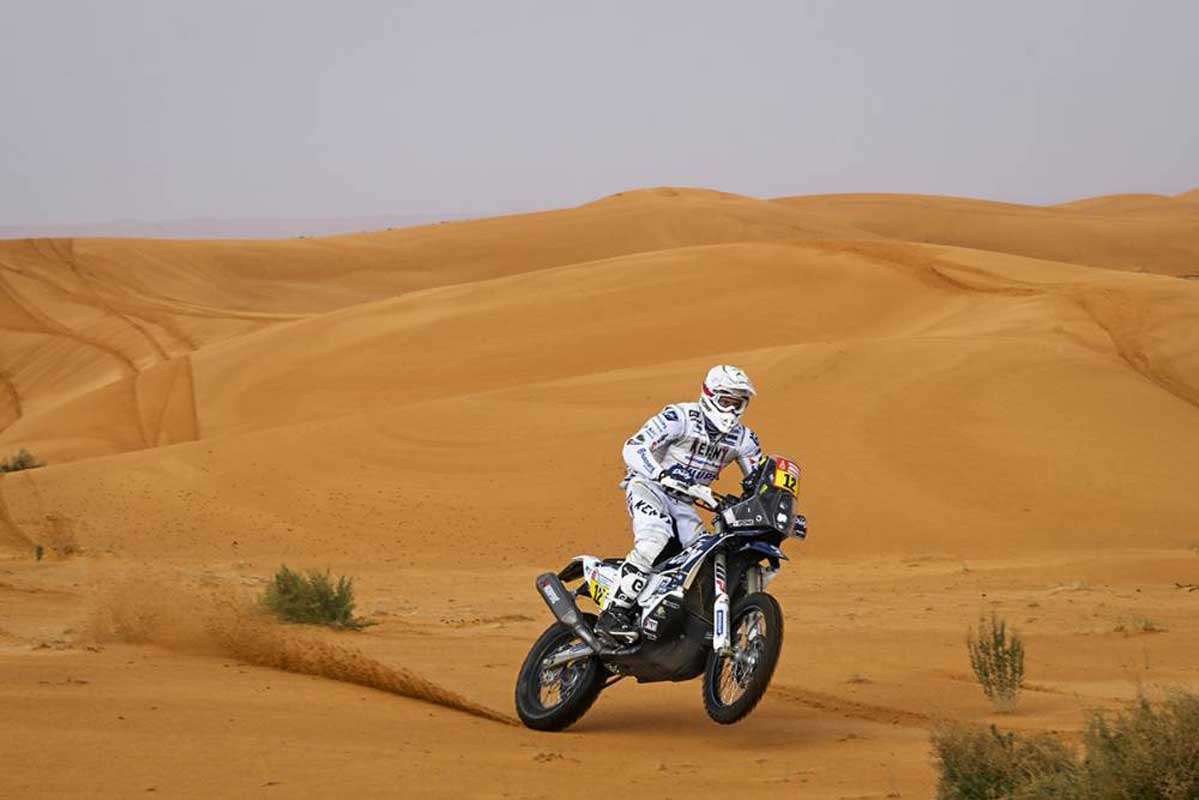 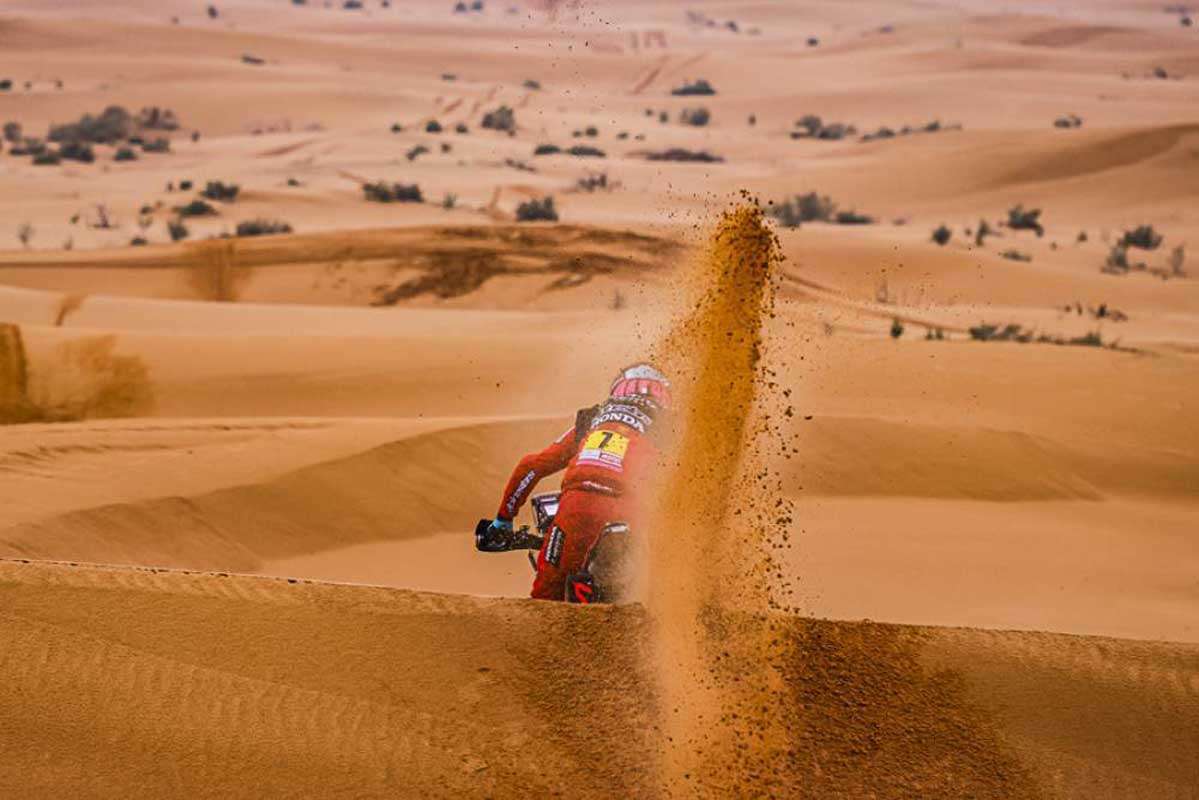 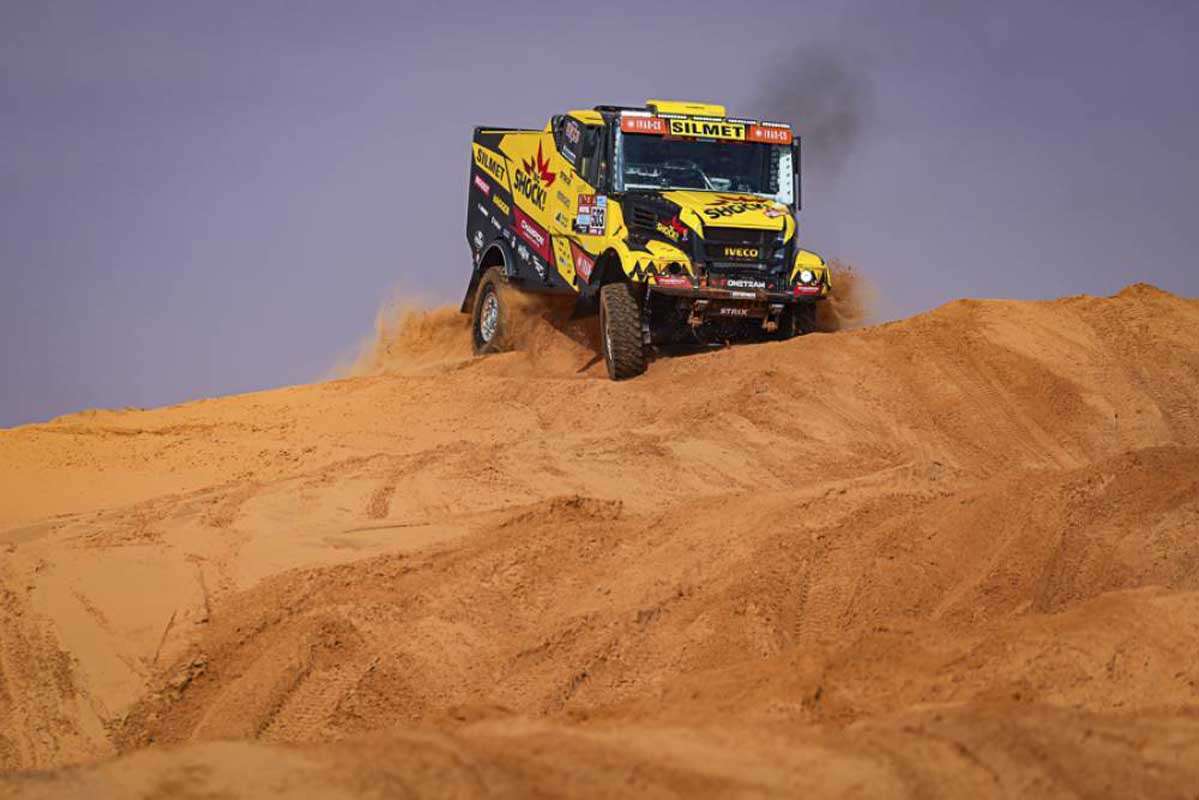 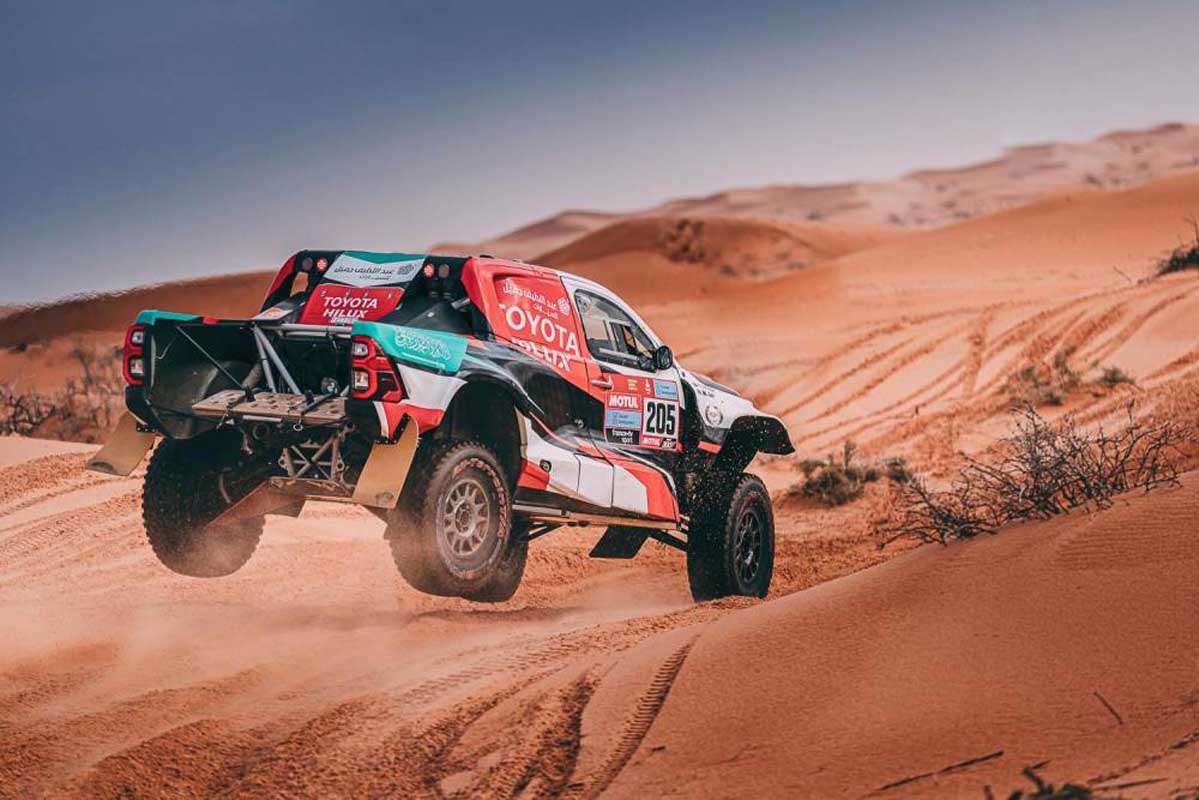 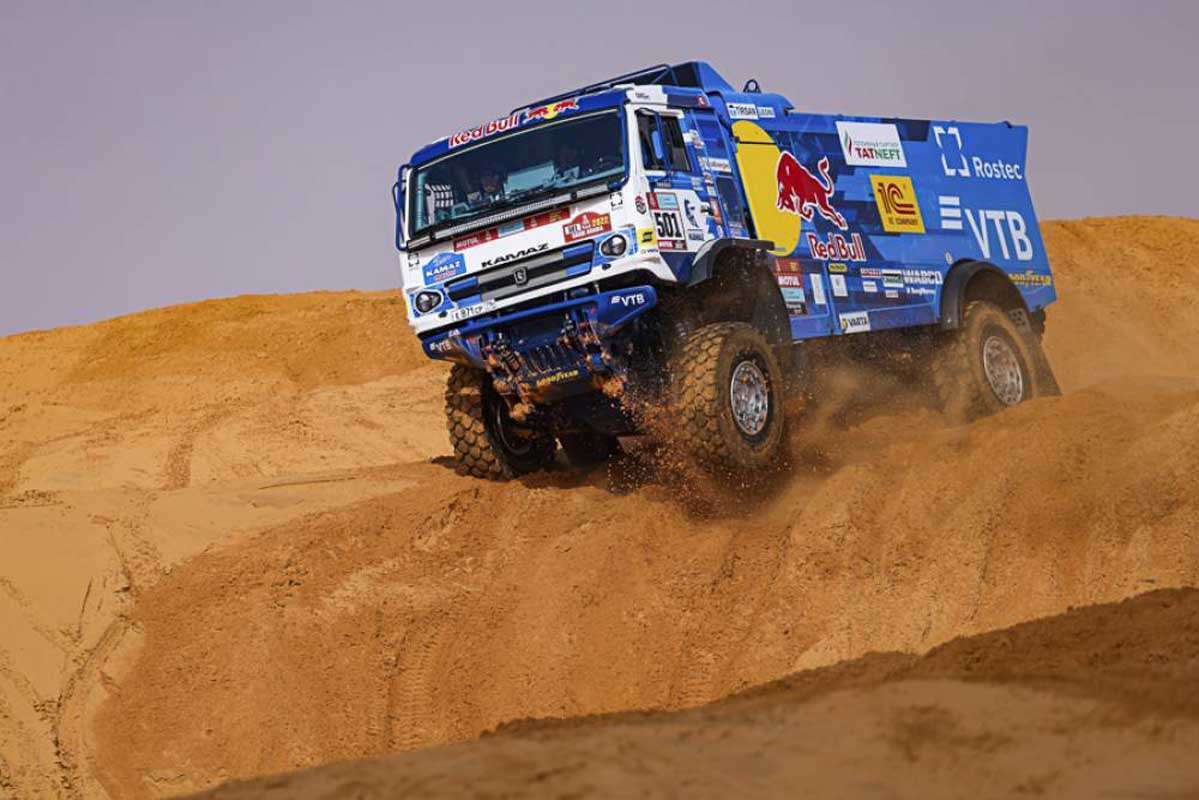 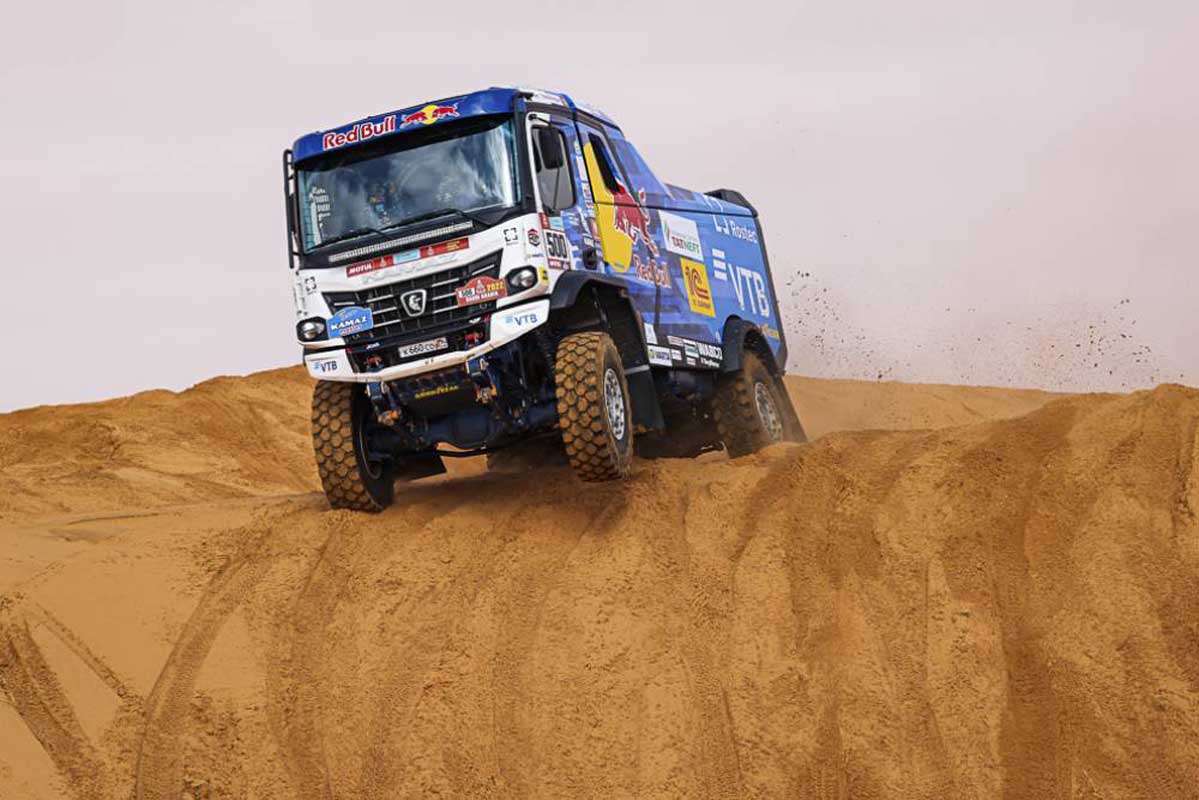 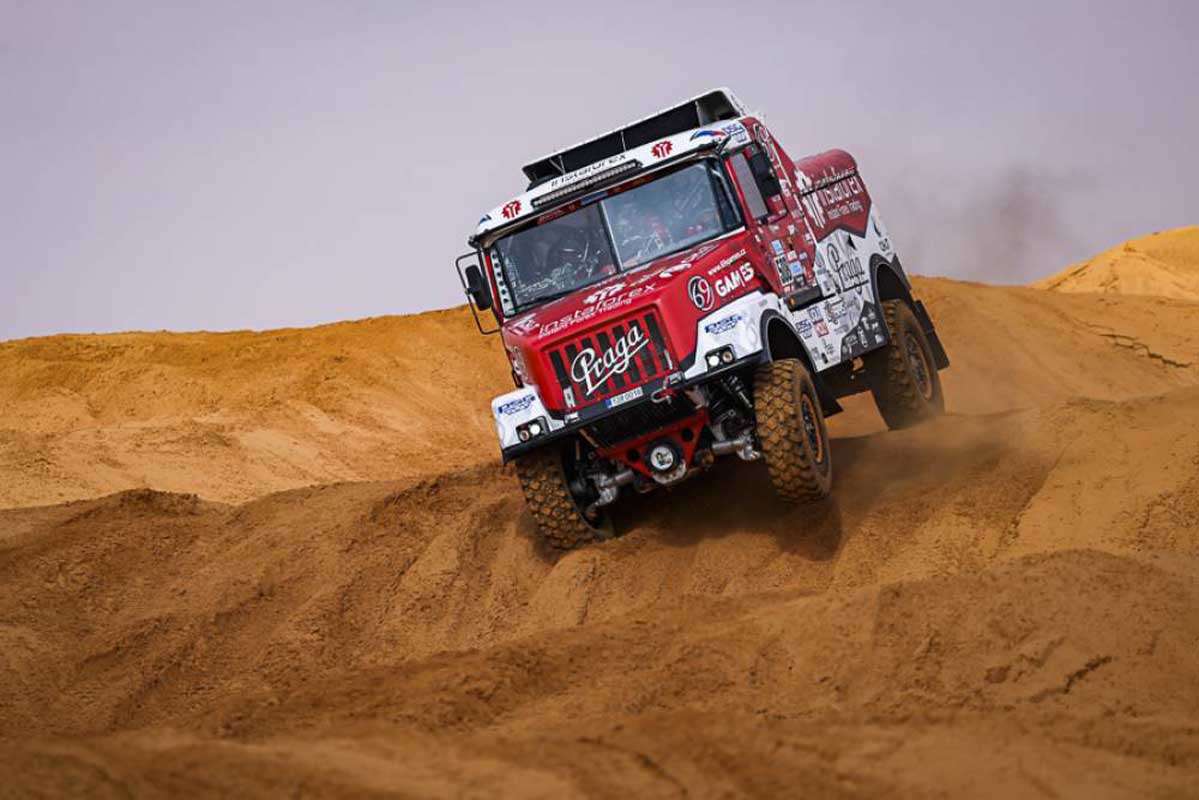 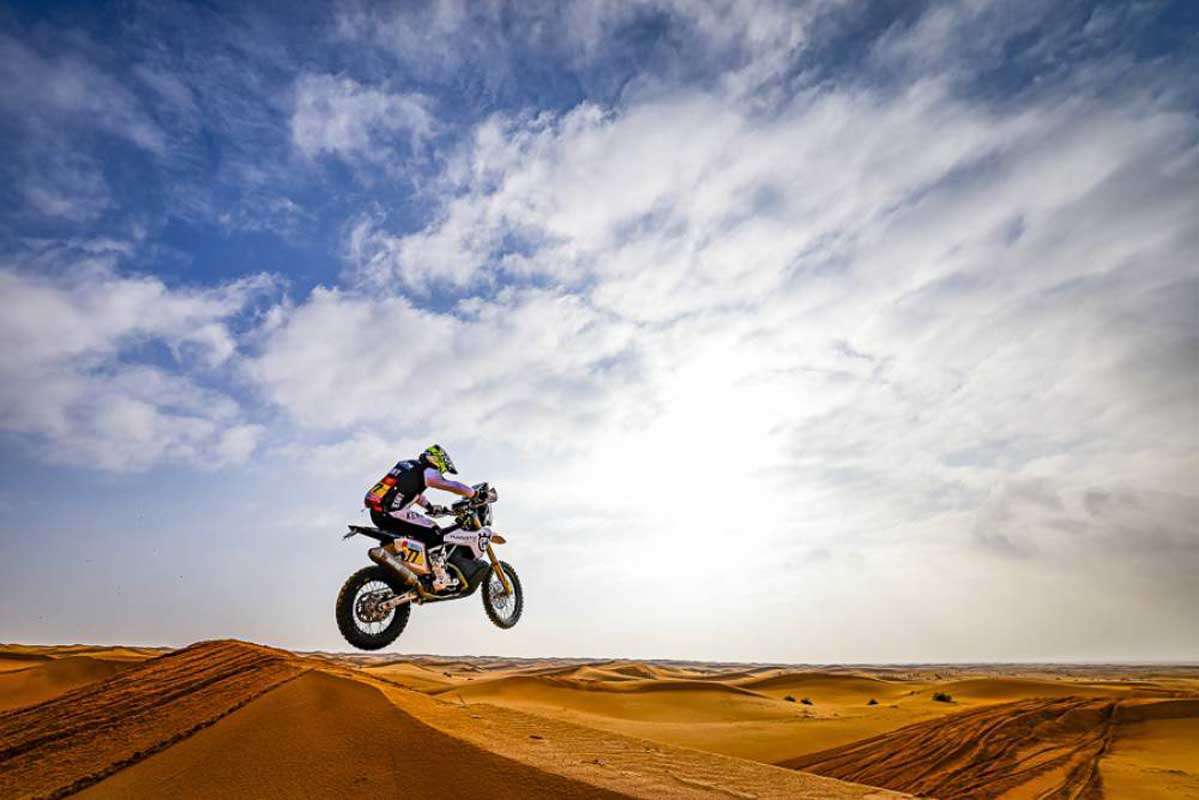 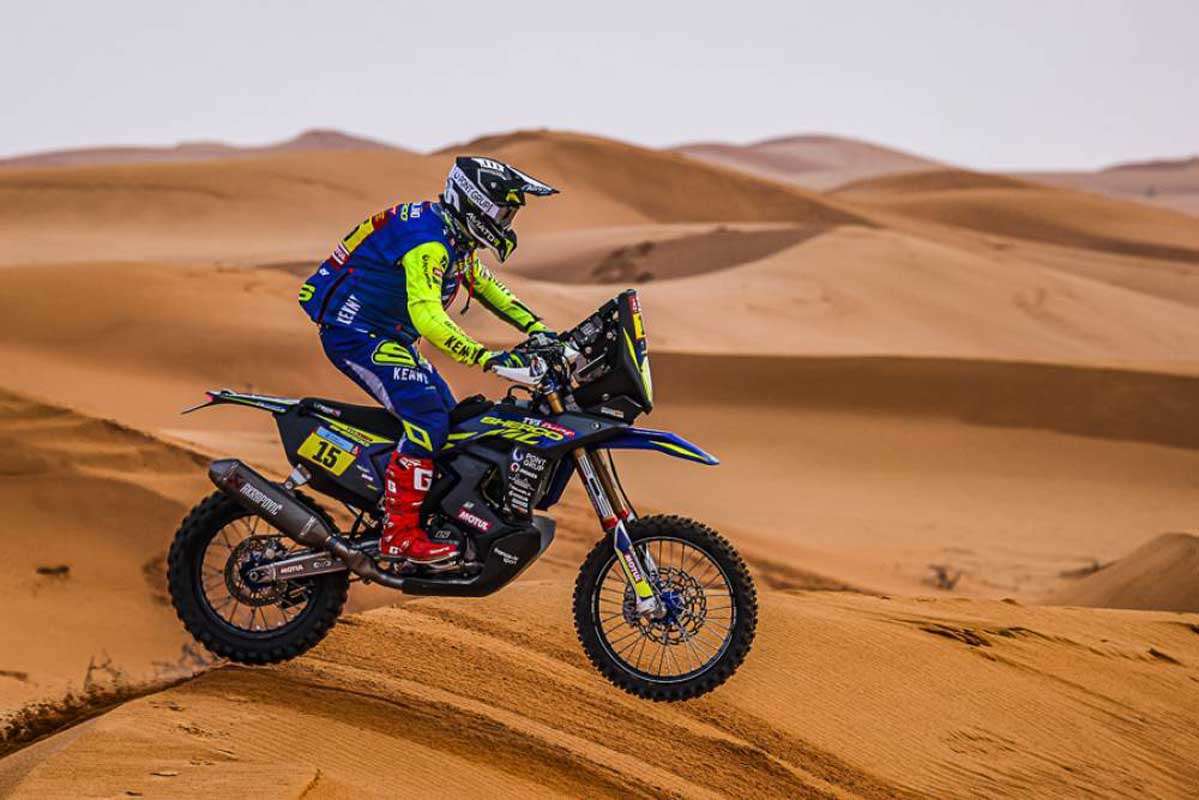 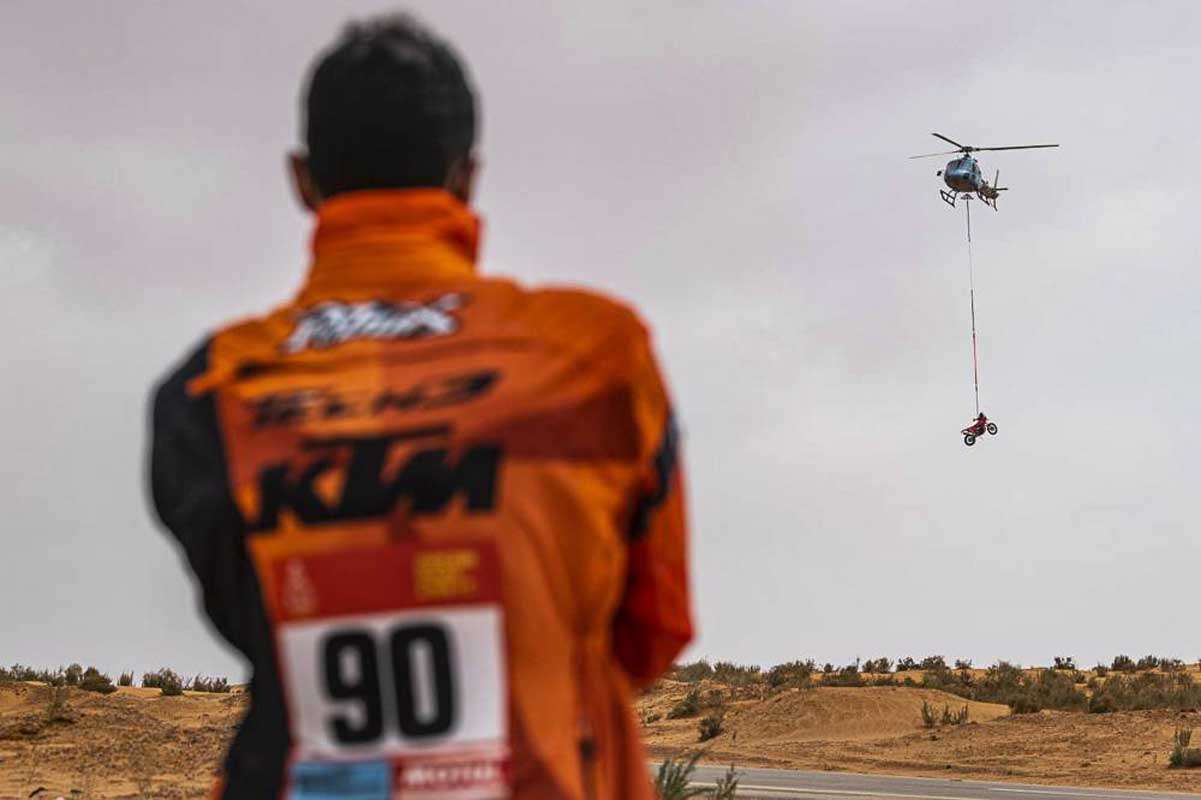 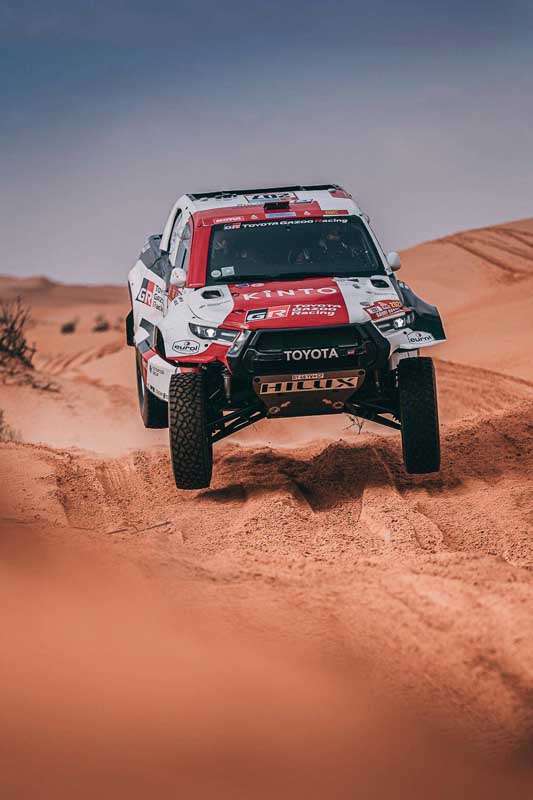 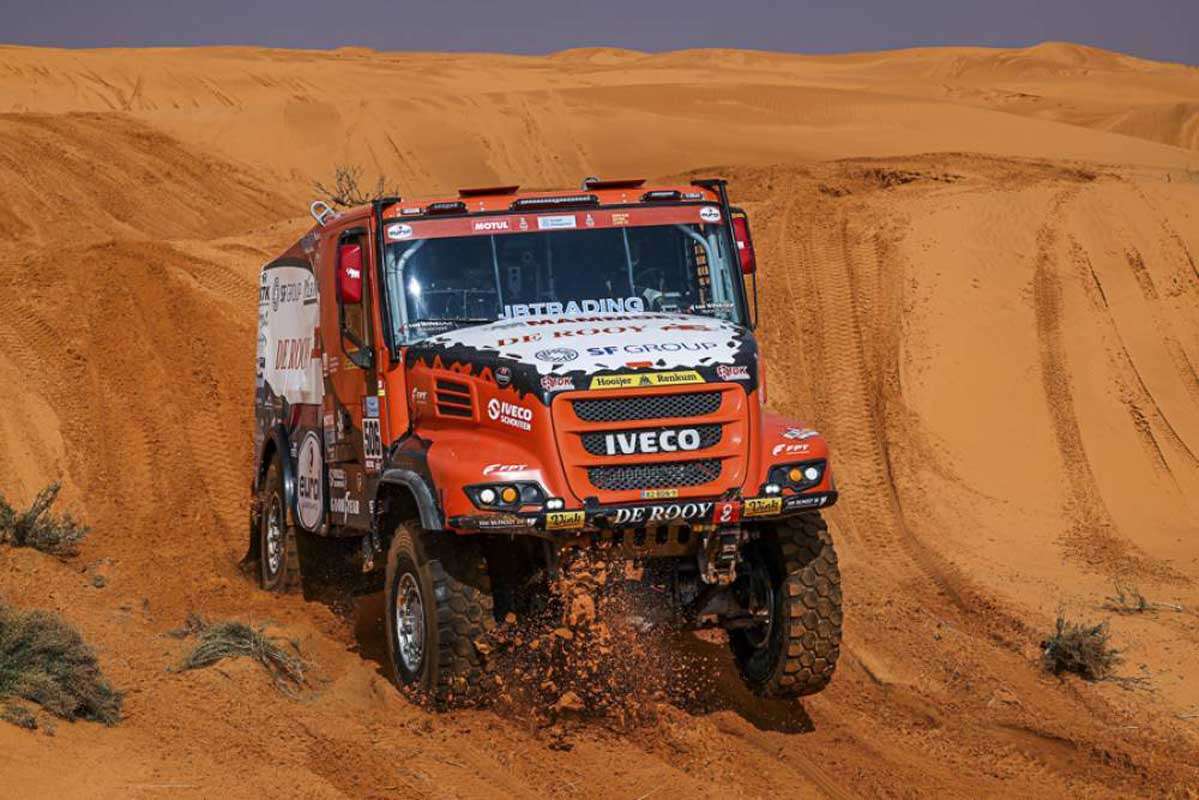 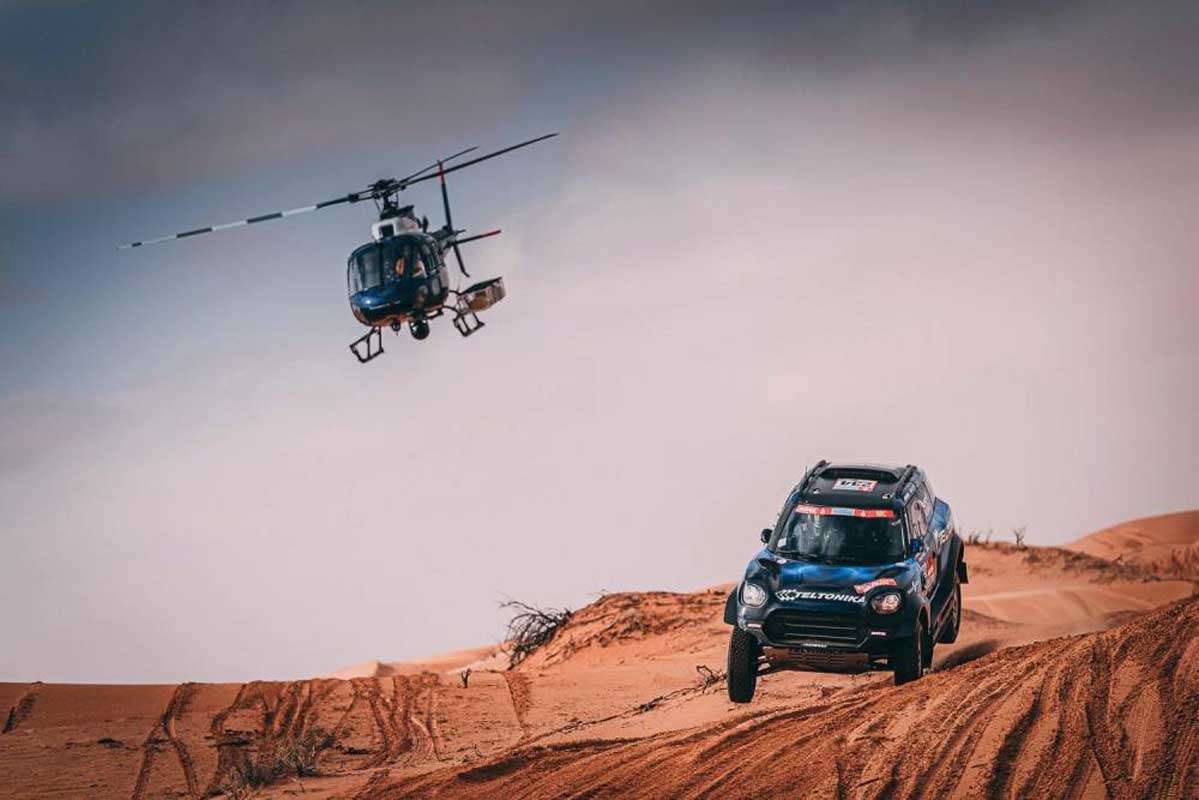 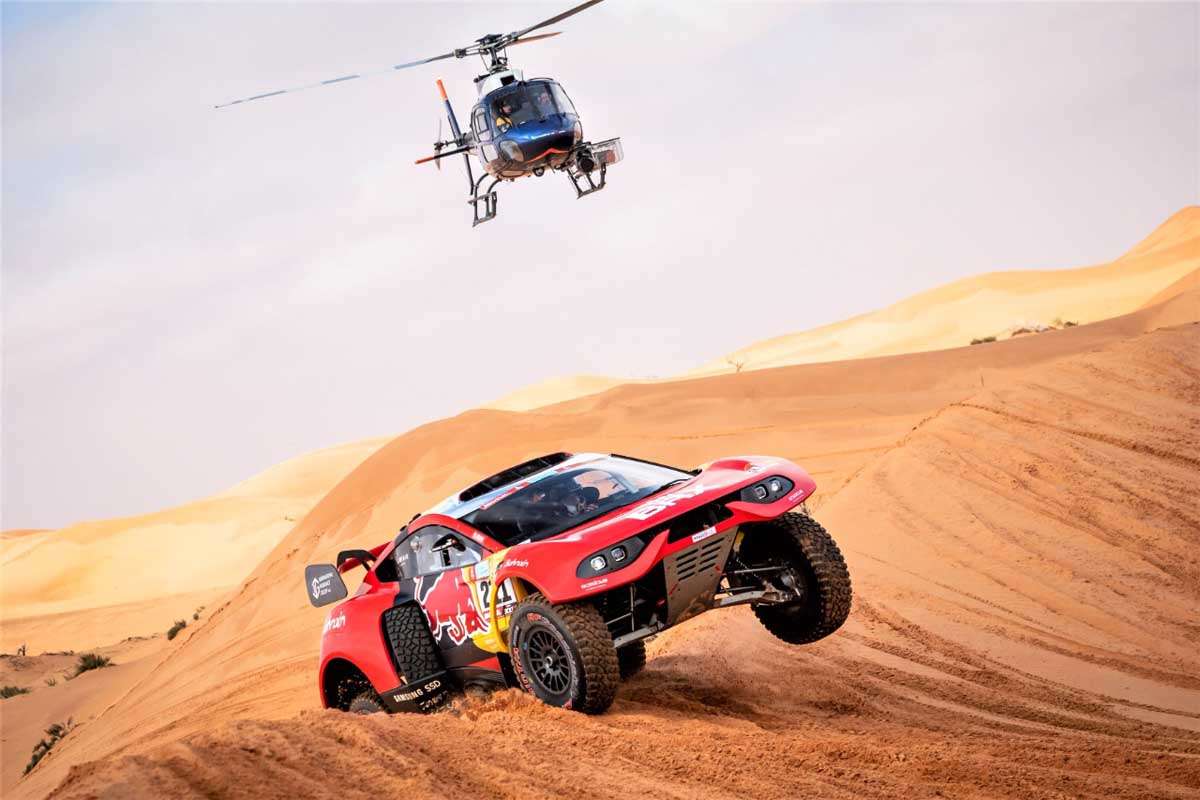