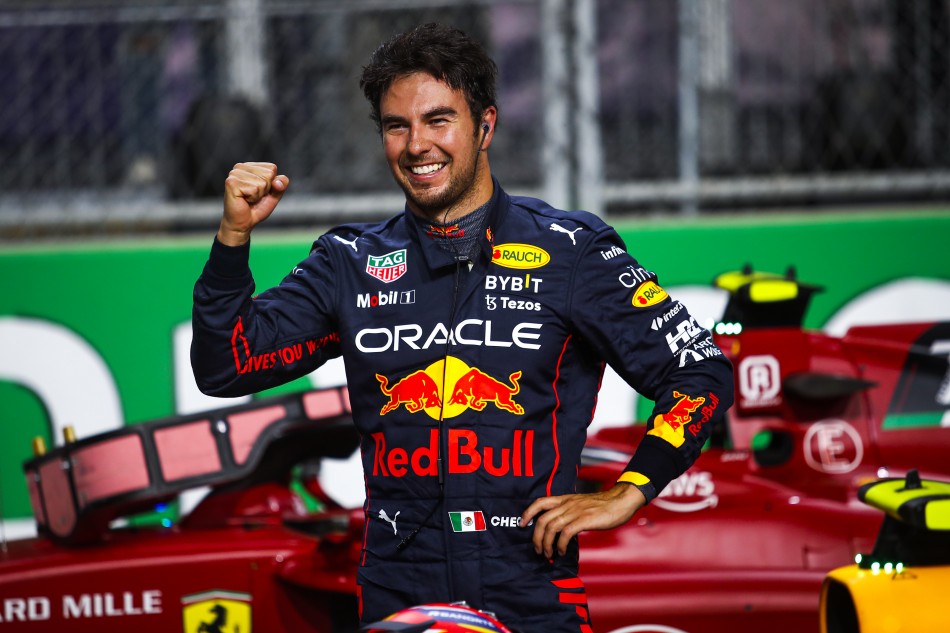 At the beginning of Q1, Haas’ Kevin Magnussen was the first to lay claim to P1, with the Danish driver climbing to the top of the timesheetr with a lap of 1:30.425.

It might have been expected that the Red Bulls of Verstappen and Pérez would usurp the Haas driver when they took to the track but they didn’t get the chance. With just over six minutes on the clock the session was halted when Nicholas Latifi crashed at Turn 13. The Canadian lost the rear of his Williams on entry and slid off into the barriers on the right-hand side of the track. The incident forced both Red Bulls to abandon their opening runs and they returned to the pits to await the restart.

After an almost eight-minute delay the action resumed and Verstappen promptly jumped to the top of the order with a lap of 1:29.330. His stay there was short however, and he dropped to third as Sainz took P1 with a lap of 1:28.855 and Leclerc slotted into P2 just under two tenths behind his team-mate. Verstappen was already building towards another run, though, and when he crossed the line at the end of his flying lap he split the Ferraris with a lap 1:29.928.

Seven-time champion Lewis Hamilton was in trouble, however. As the final runs began the Mercedes deriver was in 16th position and at risk. He crossed the line in 1:30.343, which boosted him to 15th but when Aston Martin’s Lance Stroll crossed the line two tenths ahead, Hamilton fell back into the drop zone and he was eliminated. It was the first time since the 2017 Brazilian Grand Prix that the seven-time champion had failed to make it out of Q1.

Eliminated behind Hamilton were Williams’ Alex Albon, Aston Martin’s Nico Hulkenberg, the unfortunate Latifi and AlphaTauri’s Yuki Tsunoda who only completed two laps before a fuel system issue ruled him out of the Q1 running.

At the top of the order, Sainz took P1 ahead of Verstappen, Leclerc and Russell, while Alfa Romeo’s Valtteri Bottas took fifth ahead of Pérez at the end of the first segment.

In the first runs of Q2 it was Leclerc who set the pace, with the Ferrari putting in a good lap of 1:28.883 to claim P1. Pérez slotted into second place just five hundredths of a second behind the Monegasque driver, with Verstappen two hundredths further back in third place and Sainz fourth.

The session was then red flagged when Mick Schumacher crashed heavily in Turn 9. The medical car was quickly on the scene and Schumacher was extracted from the wreckage and taken by ambulance to the medical centre. The FIA later confirmed that Schumacher appeared unhurt but that he was being taken to hospital for precautionary checks.

After almost an hour the session resumed and it was Ferrari who made the moves at the top of the order, with Sainz posting a lap of 1:28.686 to take top spot ahead of Leclerc who improved to 1:28.780. Pérez couldn’t find an improvement on his lap and progressed to Q3 in third place thanks to his earlier lap. Verstappen started his lap but then backed out of the attempt and his first lap of the middle phase saw him through to Q3 in fourth place ahead of Alpine’s Fernando Alonso. Behind them, Bottas went through in sixth ahead of AlphaTauri’s Pierre Gasly, Magnussen, the second Alpine of Esteban Ocon and Russell.

Ruled out at the end of Q2 were the McLarens of Lando Norris and Daniel Ricciardo, in P11 and P12 respectively, followed by Alfa Romeo’s Zhou Guanyu, Schumacher, who qualified 14th, and Stroll.

In the first runs of Q3, Sainz was quickest and the Ferrari man claimed provisional pole with a lap of 1:28.402. That put him four hundredths of a second clear of Leclerc. Pérez, looking increasingly comfortable on the high-speed track, powered to P3 just a tenth behind Leclerc. Verstappen was not happy, however, and complaining that “he had no grip on this tyre” the world champion was eighth at the end of the opening laps with a time of 1:29.239, almost three tenths off his Q2 time.

And in the final runs it was Pérez who rose to the top. Leclerc, first of the front runners out on track, set a tough benchmark at 1:28.225. Sainz, following, couldn’t find an improvement and had to rely on his opening time. Pérez, though, was flying and when he crossed the line he stopped the clock at 1:29.200 to claim his first career pole position.

Verstappen, meanwhile, was forced to settle for fourth place on the grid ahead of Ocon, Russell, Alonso and Bottas. Gasly will line up ninth and the top 10 was rounded out by Magnussen. 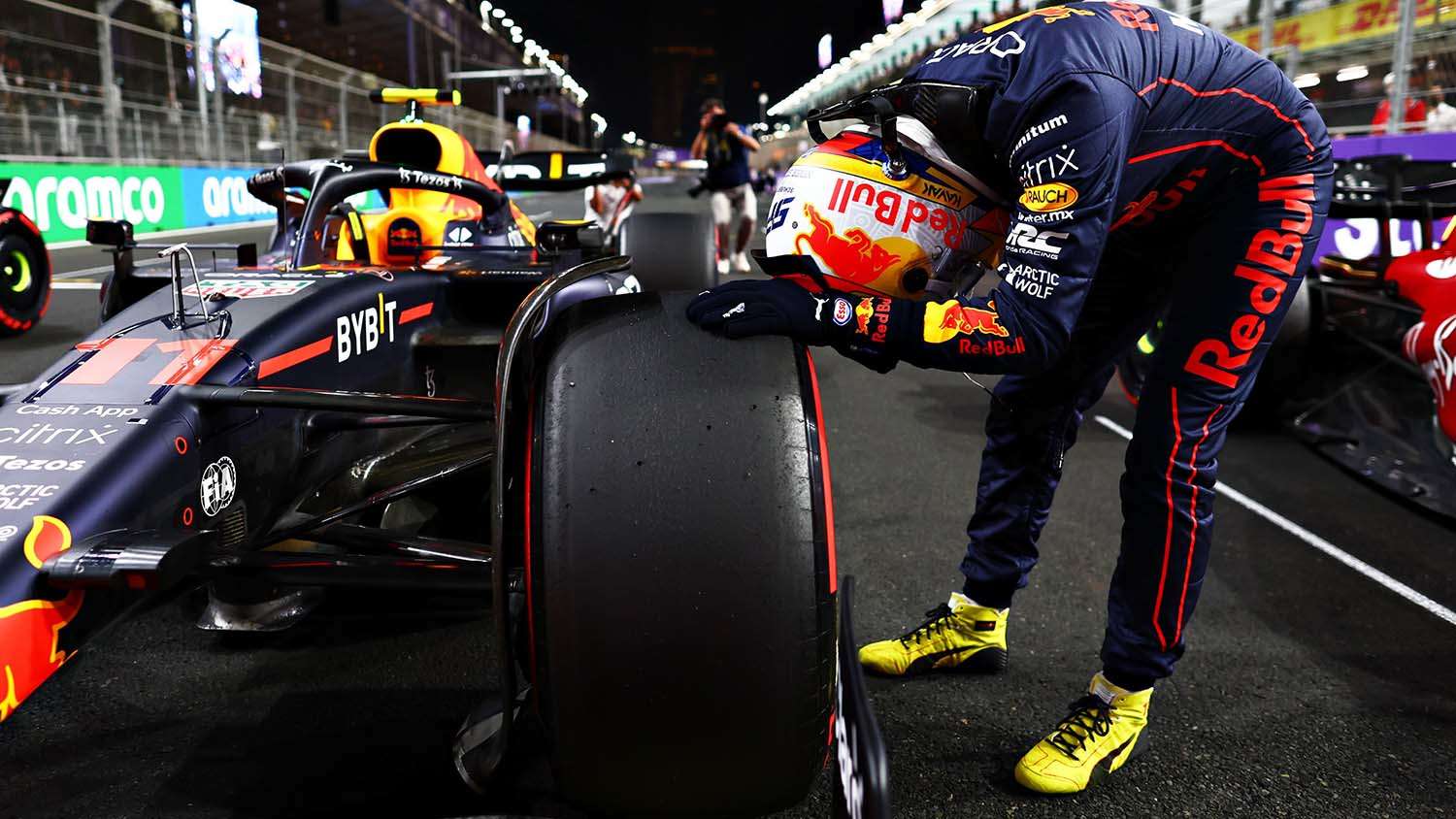 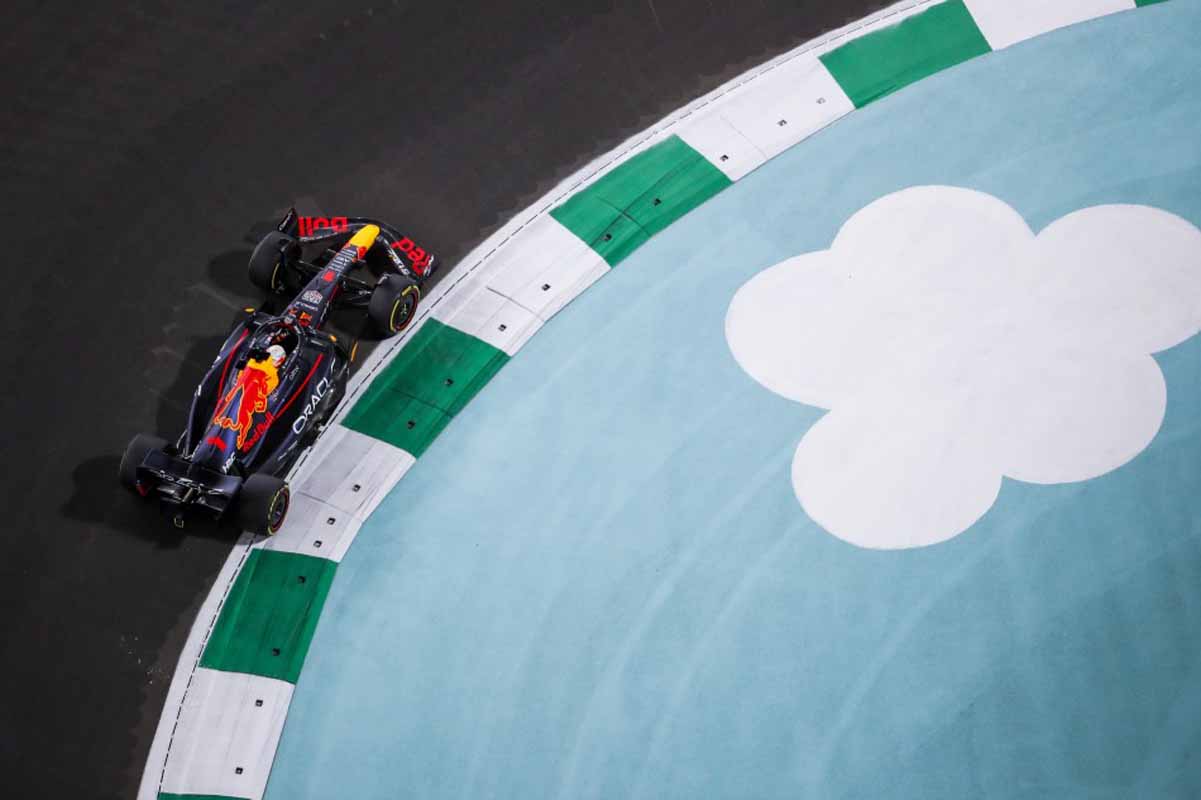 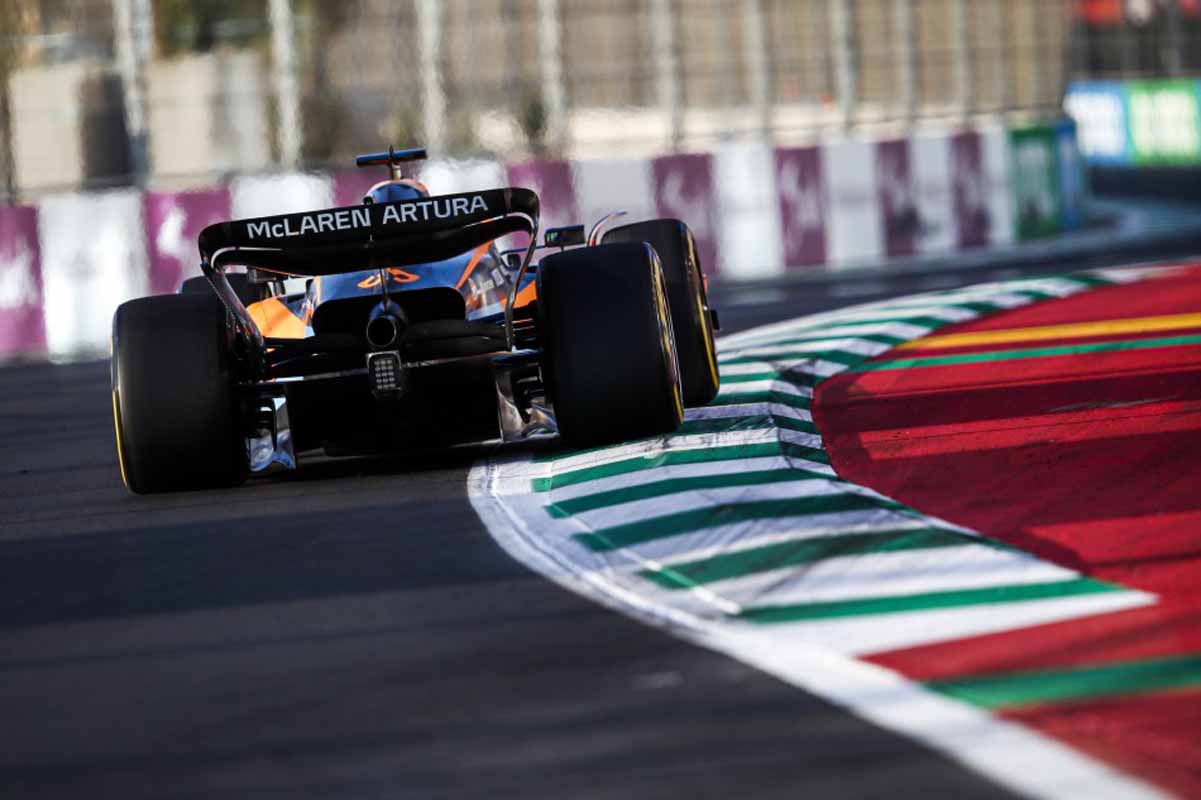 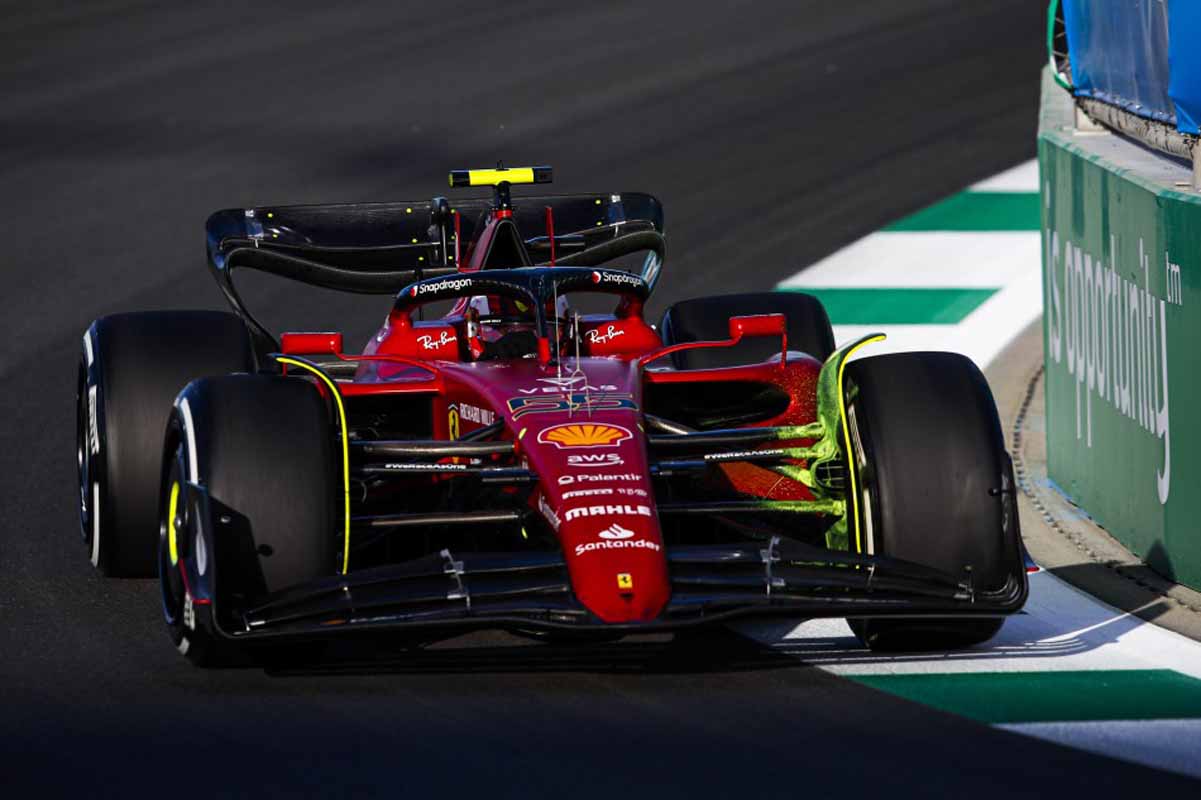 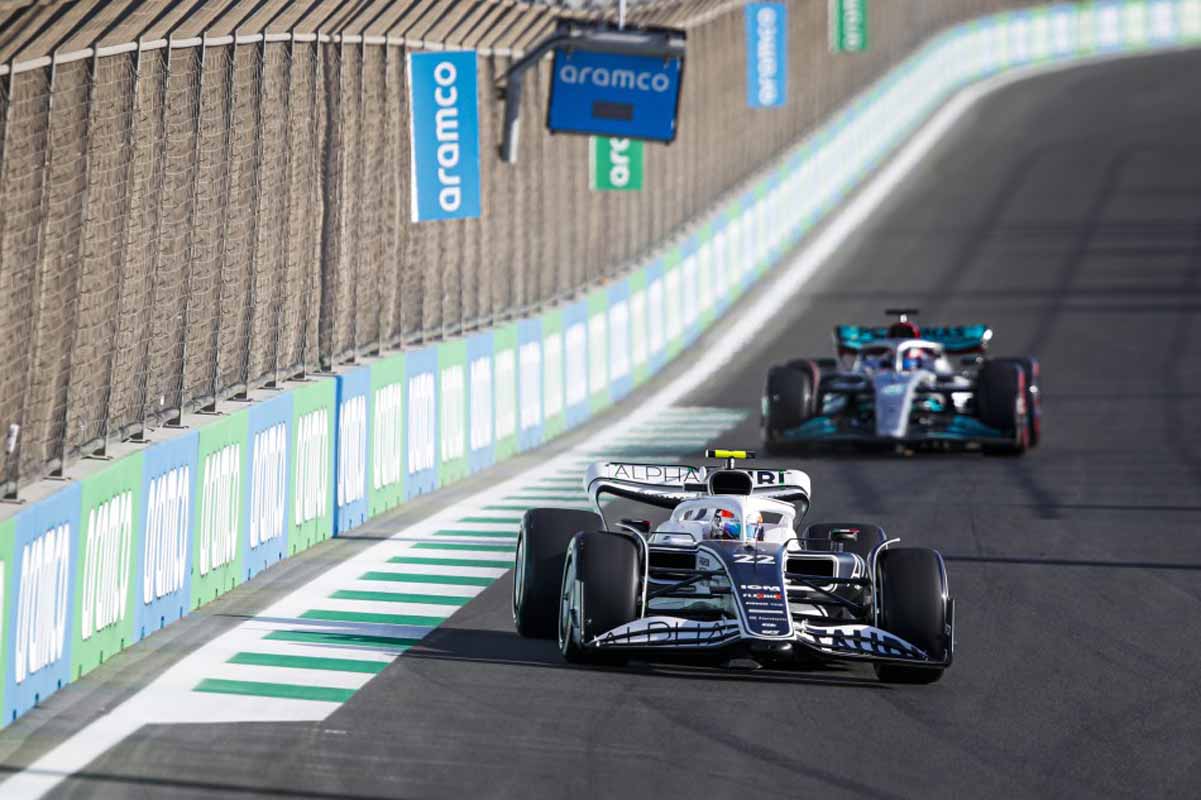 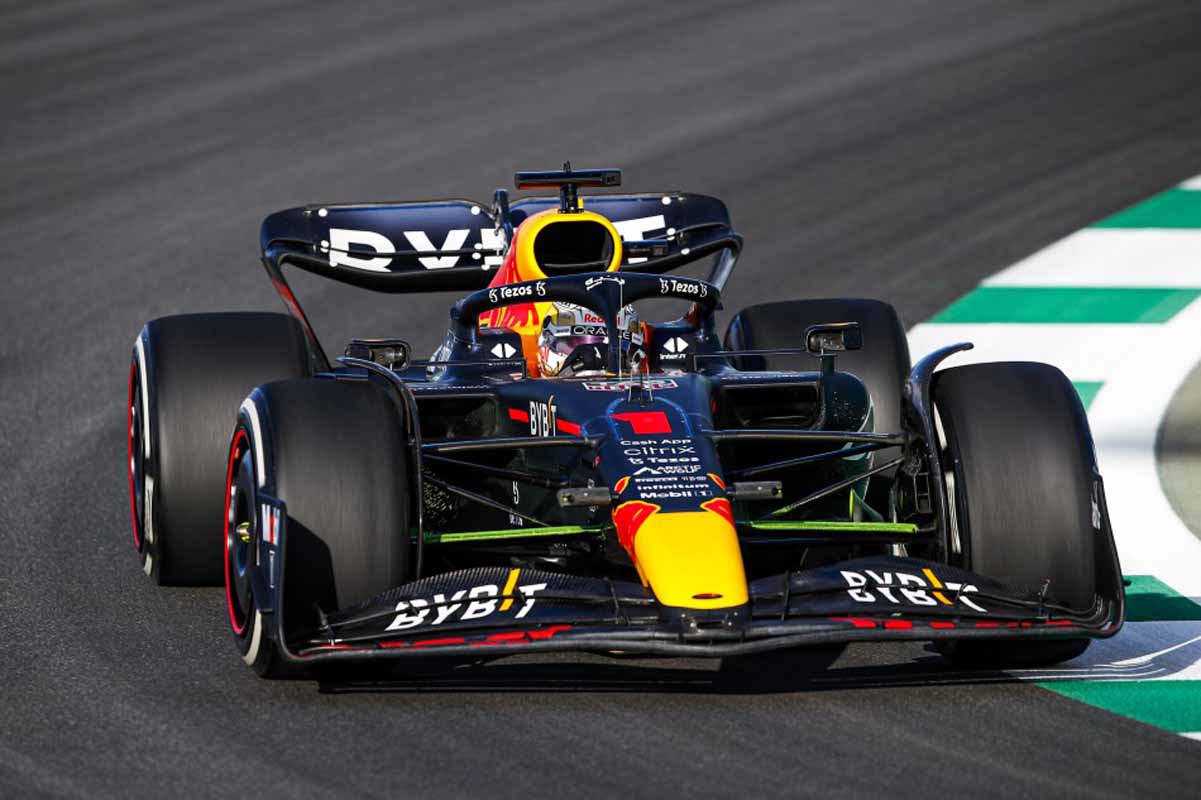 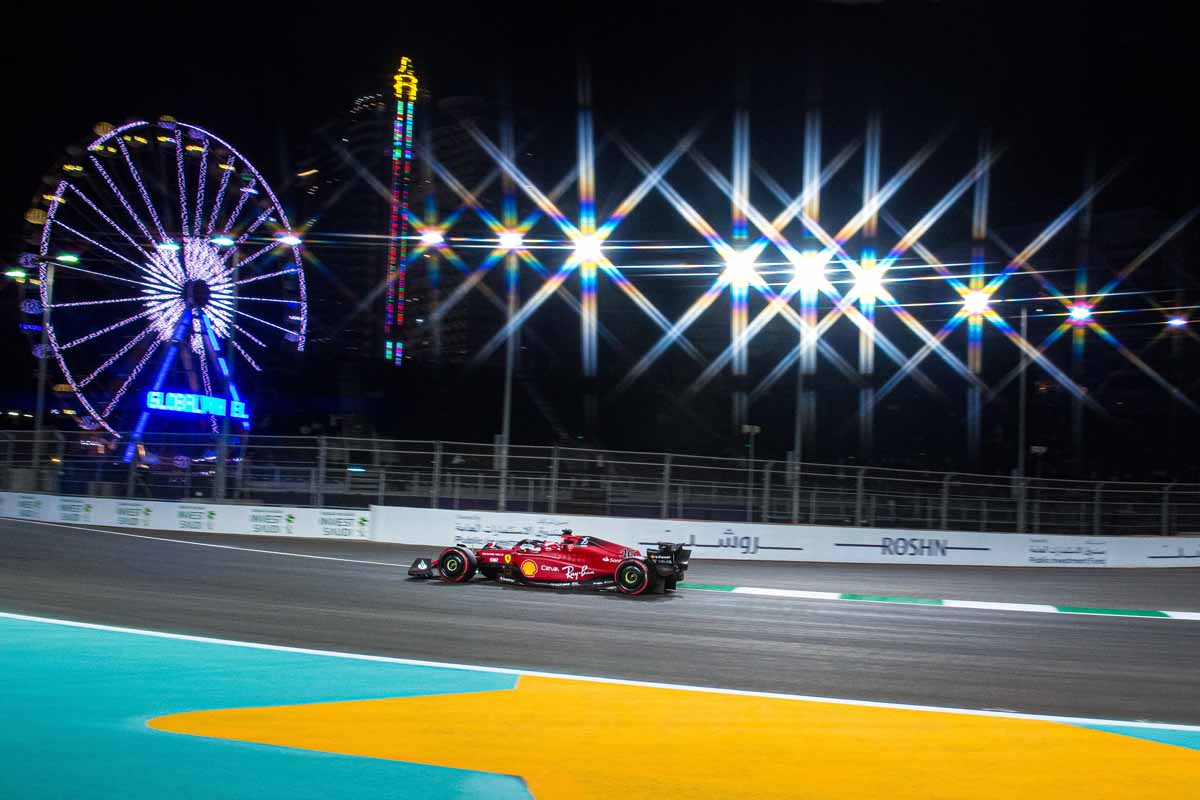