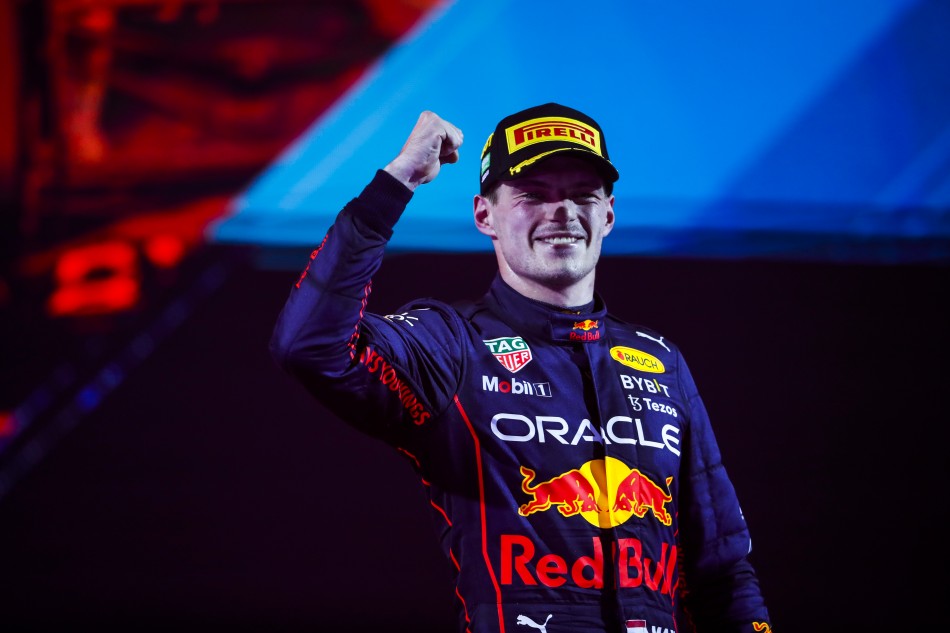 Max Verstappen took his first victory of the 2022 FIA Formula One World thanks to a late overtaking move past Ferrari’s Charles Leclerc in a nail-biting finish to the Saudi Arabian Grand Prix. Carlos Sainz took third place for Ferrari, while position position man and early race leader Sergio Pérez was forced to settle for fourth after he was disadvantaged by a safety car period just after his first pit stop.

When the lights went out for the start, Pérez made a good start and powered into the lead. Fellow front-row starter Leclerc was slower off the line and he was quickly put under pressure by Sainz and Verstappen.

As they approached Turn 1, Leclerc moved right to defend from team-mate Sainz and that gave Verstappen the opportunity to attack on the inside. Leclerc managed to hold P2, but Verstappen went round Sainz on the outside of the next corner to rise to third place.

At the front, though, Pérez was beginning to stretch his legs. With a clear track ahead the Mexican began to forge a gap and by lap six he was more than 2.5s clear of Leclerc, with Verstappen 1.3s off the lead Ferrari and three seconds clear of Sainz. Further back, Mercedes’ George Russell took fifth from Alpine’s Esteban Ocon and the Frenchman was also passed by team-mate Fernando Alonso.

The order at the top remained static until Pérez made his first pit stop at the end of lap 15. The Mexican switched to hard tyres in a 2.9s second stop and emerged in fifth place. However, timing of the stop proved to unfortunate, as almost as soon as he rejoined the action, the VSC was deployed due to a crash for Nicholas Latifi in the final corner. The virtual caution quickly being replaced by the physical safety car.

Verstappen immediately pitted along with Leclerc and Sainz and when the trio emerged from the pit lane Leclerc led behind the safety car with Verstappen second.  Pérez was now down in third place ahead of Sainz and Russell. Behind them Haas’ Kevin Magnussen and Mercedes’ Lewis Hamilton, both of whom had started on hard tyres, now occupied sixth and seventh respectively.

The safety car left the track at the end of lap 20 and Leclerc held the lead ahead of Max. Pérez, meanwhile, was advised by race engineer that he would have to give up third place to Sainz on the restart as he had passed the Ferrari under the safety car when the Spaniard was leaving the pit lane. As the field exited Turn 1 Pérez slowed and Sainz cruised past to take P3.

As the second stint developed the battle at the front between Leclerc and Verstappen ebbed and flowed and by lap 29 the Dutch driver was just 1.4s behind his Monegasque rival. Behind them, Sainz held third place ahead of Pérez, while  Russell was fifth. Hamilton meanwhile, had risen to sixth after passing Magnussen.

The complexion of the race changed again on lap 37 when Daniel Ricciardo suffered a mechanical problem and halted his McLaren just short of the pit entry. The VSC was deployed and Haas’ Kevin Magnussen pitted for new tyres.

Almost simultaneously Fernando Alonso, also suffering with a mechanical issue, parked his Alpine close to Ricciardo’s car and the pit lane was closed by race control as marshals rushed to push the McLaren and the Alpine into the pit lane.

The VSC ended on lap 41 and Verstappen immediately went on the attack. The pit lane entry was then opened and Hamilton pitted for medium tyres and he emerged in P12.

At the front, Verstappen was now closing on Leclerc and on lap 42 he used DRS to close right up to the Ferrari driver. The world champion attacked at the end of the lap and swept past the Ferrari under DRS. Leclerc immediately struck back and using drag reduction on the main straight at the start of lap 43 he powered past Verstappen to retake the lead.

At the end of the lap Verstappen attacked again, again closing up to Leclerc under DRS ahead of Turn 27. However, this time he locked up and Leclerc held the lead as they began lap 44.

With five laps to go Verstappen switched the attack to Turn 1. Leclerc was alive to the threat however and he positioned his car well to fend off the assault. Verstappen was determined to continued the fight and he again closed rapidly. At the end of the lap put his car almost alongside the Ferrari and that gave him the perfect opportunity at the start of lap 47. With the aid of DRS on the main straight he swept past the Ferrari to take the lead.

Leclerc wasn’t finished, however, and almost immediately he was on the attack, looking to pressure Verstappen into a mistake. The Dutchman resisted and when the yellow flags were shown for an incident between Lance Stroll and Alex Albon, the Monegasque driver had to back out of any attack.

He would have one last chance, at the end on the final lap, but while Leclerc got close in Turn 27 it wasn’t enough and Verstappen held position to take his first victory of 2022.

Behind them, Sainz took third while Pérez was forced to settle for fourth place. Fifth place went to Russell, with Ocon sixth ahead of McLaren’s Lando Norris. Pierre Gasly was eighth for AlphaTauri, while Magnussen’s tyre gamble under the VSC saw him finish ninth ahead of Hamilton who took the final point on offer. 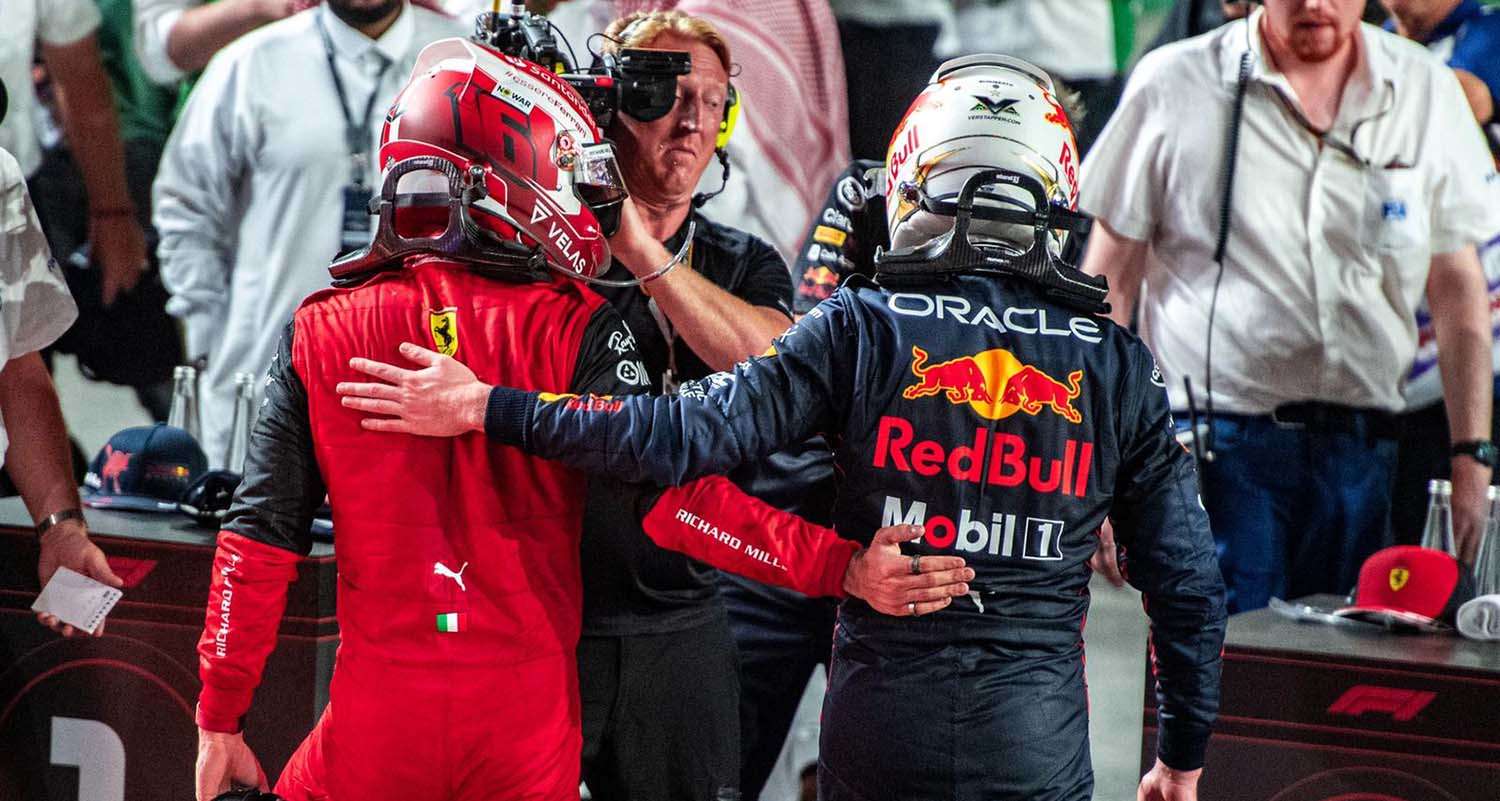