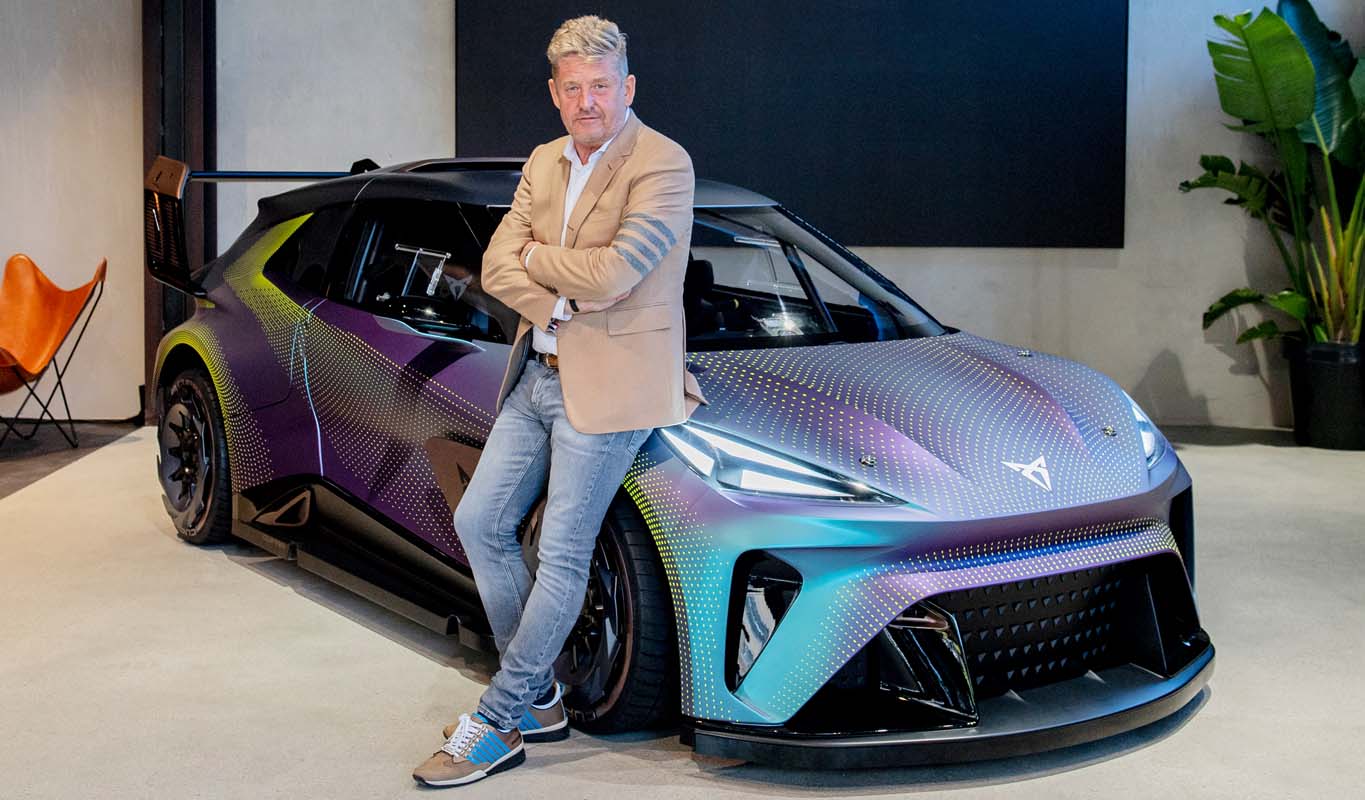 CUPRA landed at the IAA International Motor Show in Munich to present the brand’s future electric vision. Its newest concept car, the CUPRA UrbanRebel Concept, also made its first public appearance at the pre-opening of the new CUPRA City Garage in Munich.
At the event, CUPRA CEO Wayne Griffiths referred to the brand’s electric offensive: “We have the ambition to become a fully electric brand by 2030. We are launching the CUPRA Born this year and the CUPRA Tavascan will arrive in 2024. The CUPRA UrbanRebel challenges the conventions, bringing emotions to the new electric era with a radical interpretation of the company’s urban electric car, due to arrive to the market in 2025. We will be launching it first as a CUPRA, and we will monitor closely the acceptance of electric cars by the customers’ and the roll-out of infrastructure in Europe”. This concept will influence the road version of the city electric car, and it will be the new lighthouse for the company in terms of electrification and technology.
The urban electric car is a strategic pillar for the company, Griffiths said. SEAT S.A. together with the Volkswagen Group plays a key role in developing the urban electric project. SEAT S.A. is developing the cars of the urban electric family, while Volkswagen is developing the platform and CARIAD the software. The ambition is to produce more than 500,000 vehicles per year in Spain for different Group brands from 2025 onwards.
Based on this project, the company has an ambitious plan in Spain, called Future: Fast Forward. The main driver of this plan is the production of the urban electric vehicle in Spain, which could become the engine for the transformation of the Spanish automotive industry, the second largest car producer in Europe.
Growing exponentially
At the pre-opening event, Griffiths explained how CUPRA continues to grow beyond all initial expectations. Since its launch three years ago, the unconventional challenger brand has sold more than 100,000 cars. Driven by the success of the Formentor, which represents two of every three cars sold by the brand between January and August this year, CUPRA registered a triple-digit growth compared to the same period in 2020. The brand has also exceeded its initial goal to reach a turnover of €1 billion in 2021. CUPRA has successfully managed to establish a strong footprint in Europe in markets such as Germany, Spain, the United Kingdom, Italy and France, and it has expanded overseas to countries like Mexico, Israel and Turkey.
As part of its globalization strategy, CUPRA has chosen Munich to open its newest City Garage, a unique location at the heart of the German city. The open façade space is inspired by a garage and dedicated to the CUPRA brand. Located in an iconic building in Odeonsplatz, the CUPRA design elements are merged within the building original architectural elements and materials respecting the history of the space.
Griffiths explained the vision behind the creation of this new retail environment for urban areas: “With the City Garages we want to connect the cities and their culture, hosting events and exhibitions as well as contributing to develop new local talents and collaborations. They will be located in iconic hotspots and inspired by the city where they will be deployed.”
The new City Garages will allow the brand to offer an unconventional and unique customer experience, putting people at the center of its distribution strategy. After Mexico City and Hamburg, Griffiths announced the upcoming new spaces: “Tomorrow, we will open a new City Garage in Milan, and very soon we will be in Madrid, Rotterdam, Lisbon and Berlin. We are also planning to open a City Garage in Sydney in 2022. Our ambition is to become a global brand; therefore, we will build a strong network worldwide and train more than 1,200 CUPRA Masters by the end of 2022.”
Born to be the impulse of a new generation
CUPRA has started producing the first units of its first fully electric car, the CUPRA Born, at the Zwickau factory in Germany. This car with CUPRA’s DNA was born to be the impulse of a new generation and aims to prove that performance and electrification are a perfect match.
The CUPRA Born adds new emotions to electric cars and driving. Its design is inspired by the vibrance of Barcelona’s El Born neighborhood: “The CUPRA Born will also be the impulse of the company’s transformation and the start of CUPRA’s electric product offensive. With this car, we aim to increase the CUPRA mix to 20% of SEAT S.A. overall sales. The CUPRA Born will be in the market from November and its launch will kick off a new distribution strategy for a different customer relationship,” Griffiths said.
The CUPRA Born will help the company meet European targets and will contribute to reducing global CO² emissions. At the same time, it will open doors to new international markets and increase the brand’s presence in the most electrified countries. Moreover, the CUPRA Born will make the brand’s customer base more gender balanced and it will also be offered under subscription-based contracts with a monthly fee.
Unleashing the rebel for the electric era
The company presented in Munich the CUPRA UrbanRebel Concept, the most radical interpretation of the urban electric car, scheduled for its launch in 2025. The CUPRA UrbanRebel Concept is based on the design foundations of the 100% electric urban vehicle. The road version will mix striking design and astonishing dynamics and will be based on the Volkswagen Group’s MEB short platform. 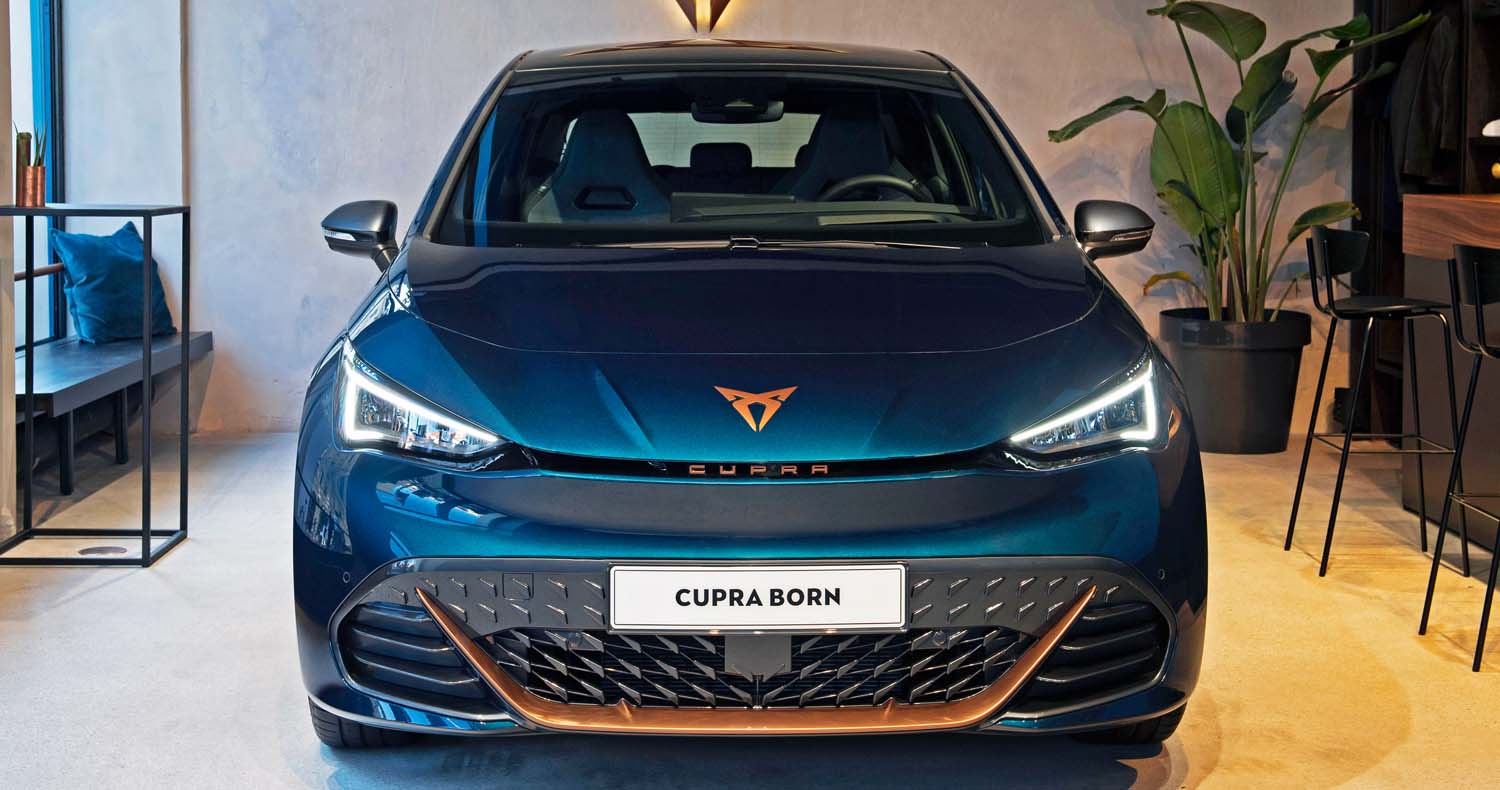 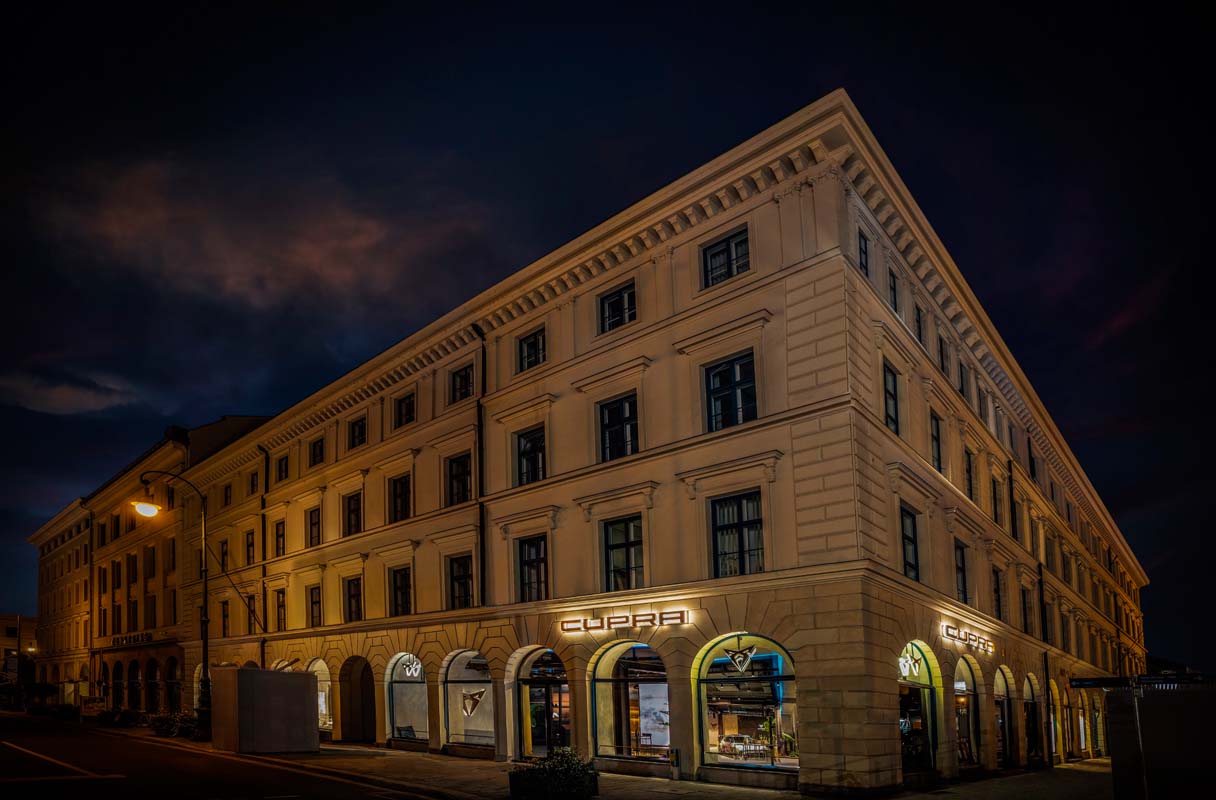 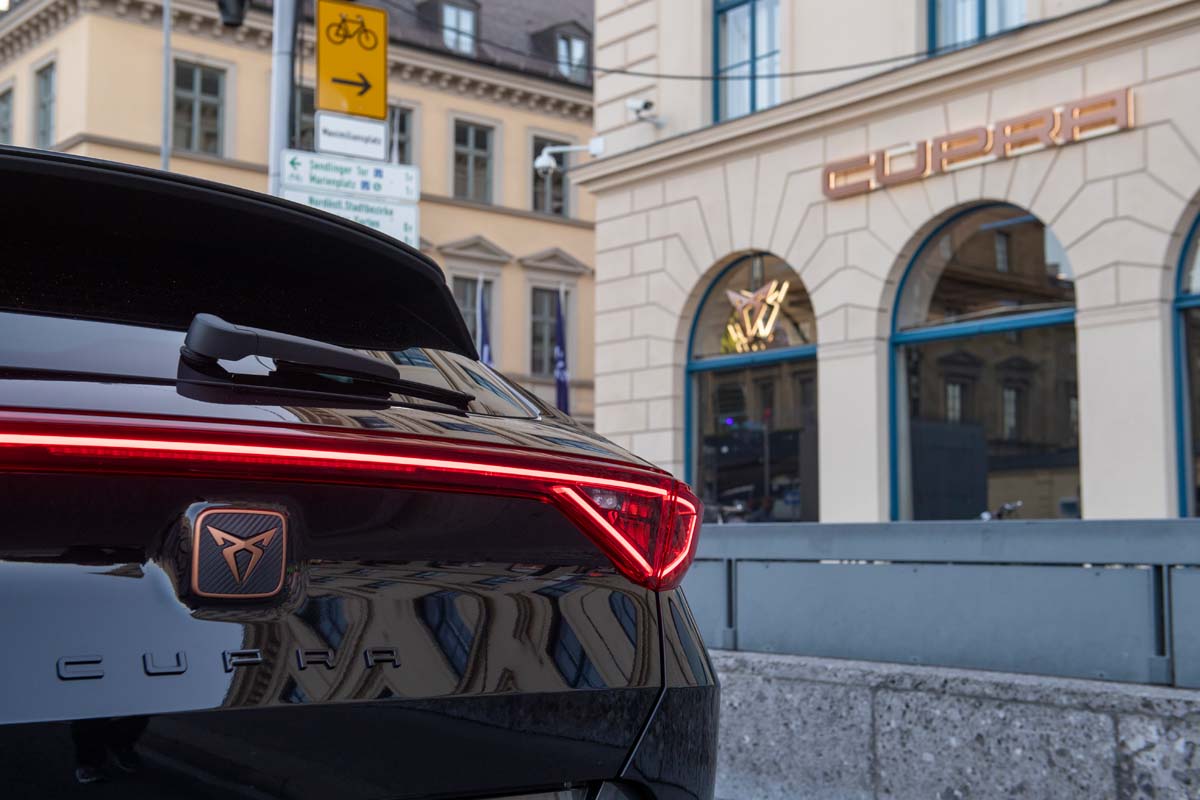 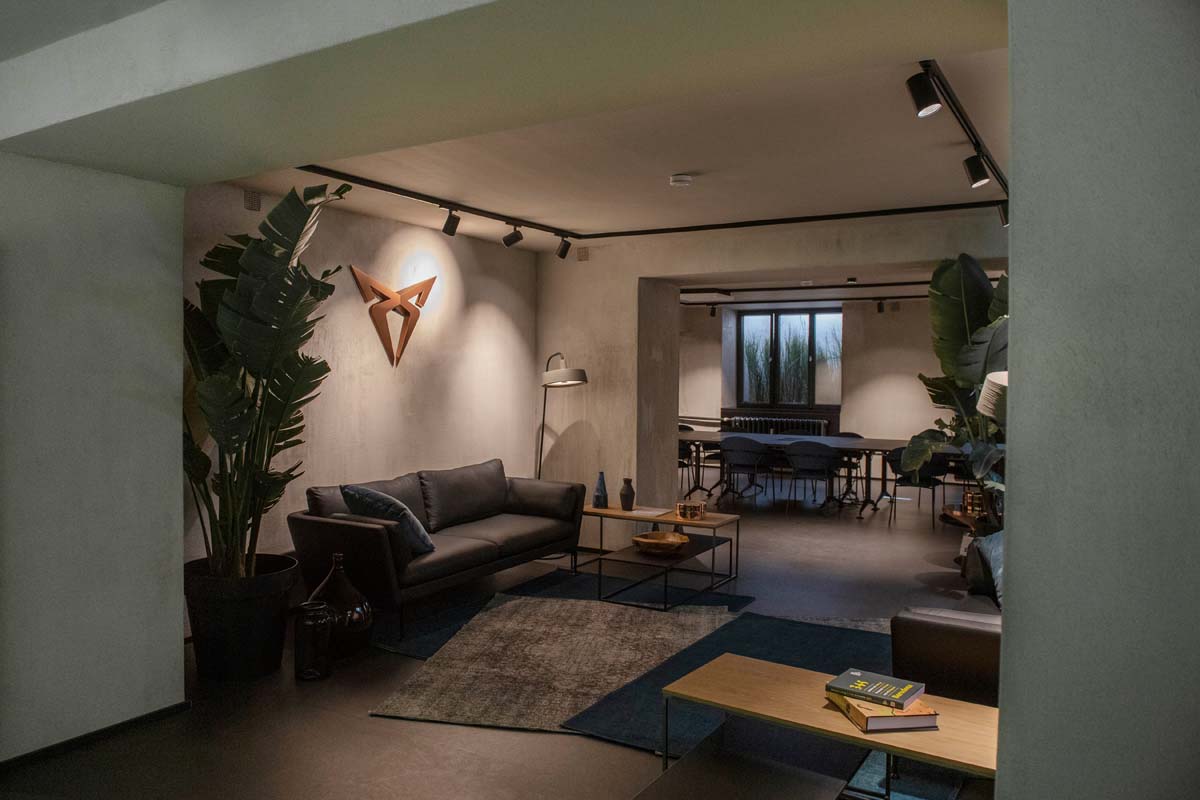 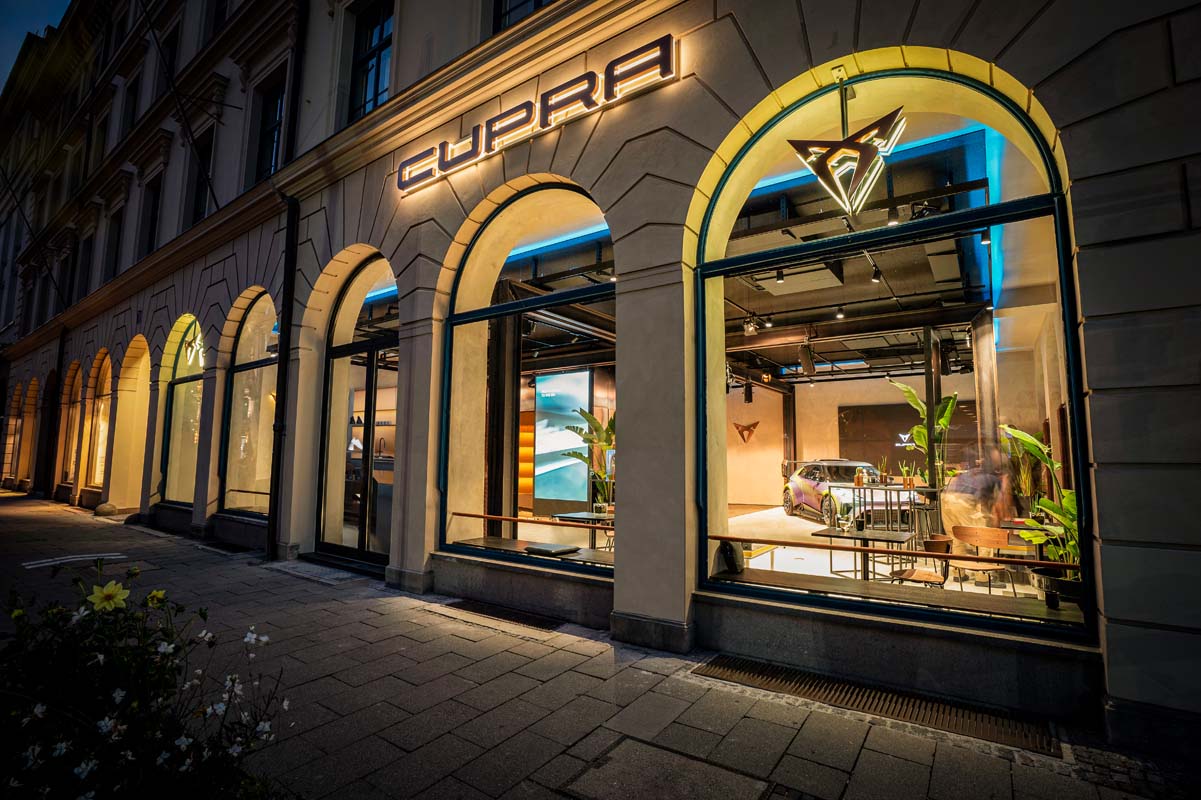