CUPRA Showcases Its Vision And Ambition Until 2025 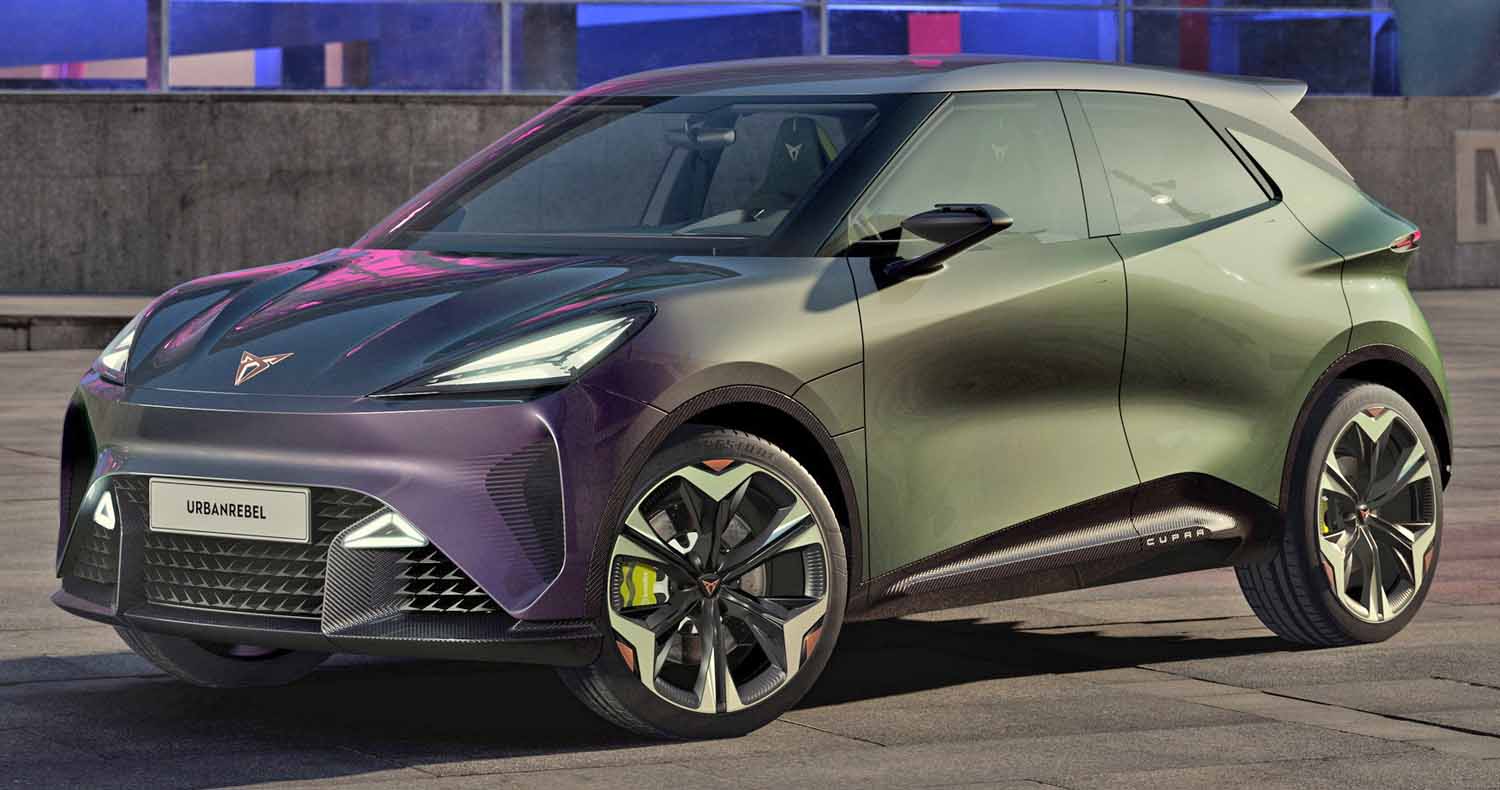 CUPRA is revealing its exciting plans for the future, with new heroes for a new era. Returning to where it all began four years ago, in Terramar, Sitges, to host the beginning of the next chapter.

To date, the brand has delivered close to 200,000 units while its turnover has grown from 430 million euros in 2018 to almost 2.2 billion euros in 2021, far beyond all expectations. And this year, CUPRA intends to double its sales, turnover, and global network of CUPRA Masters and CUPRA City Garages.

By 2025 CUPRA will have entered a new era with three new electrified models – CUPRA Terramar*, CUPRA Tavascan* and CUPRA UrbanRebel* – as well as its current line-up renewed.

“Tonight, we show the entire range of CUPRA’s next generation of heroes to be launched by 2025,” said Wayne Griffiths, CEO of CUPRA. ”In the midterm, our aim is to deliver 500,000 cars per year and push forward with our international expansion into new markets as well as entering new segments. The CUPRA Tribe is committed to making all this happen, it’s the people that count. Because at the end, It’s the people who make the brand.”
The Unstoppable Impulse event took place in Terramar (Sitges), where international media, institutions, partners, and CUPRA ambassadors such as Ballon d’Or and Best FIFA Award-winning footballer Alexia Putellas joined the event. Representatives from the Volkswagen Group as well as members of the shareholders families Piëch and Porsche also joined the event.

CUPRA’s incredible journey
CUPRA was launched in 2018 with the ambition to reinvent contemporary sportiness, driven by a few believers who wanted to challenge the status quo.

The first vehicle to embody the ambition and character of the challenger brand was the CUPRA Ateca. A unique model in its segment.

Two years later, the brand launched the King of Leons, CUPRA Leon. It was the brand’s first model with an extensive range of powerful engines, and the first electrified CUPRA model, thanks to its high-performance plug-in hybrid engine.

This was followed by the first standalone model, CUPRA Formentor. The Crossover SUV has been a huge success with almost 100,000 units delivered globally so far and it is now the company’s best-selling model.

And then came the CUPRA Born. The first 100% electric car, and the perfect match between electrification and performance. But the vehicles are only part of the story.

One of the key elements to CUPRA’s success is the CUPRA Tribe.

“The CUPRA Tribe crafts day after day the essence of our brand: Disruptive Attitude, Rebellious Spirit and Unconventional Mindset”, said Antonino Labate, Director of Strategy, Business Development and Operations at CUPRA. “Today, we bring out the newest member of the Tribe: TV Boy. Someone with a rebellious spirit that breaks boundaries to inspire the next generation through his art.”
Now CUPRA is looking to the future with new heroes for a new era. 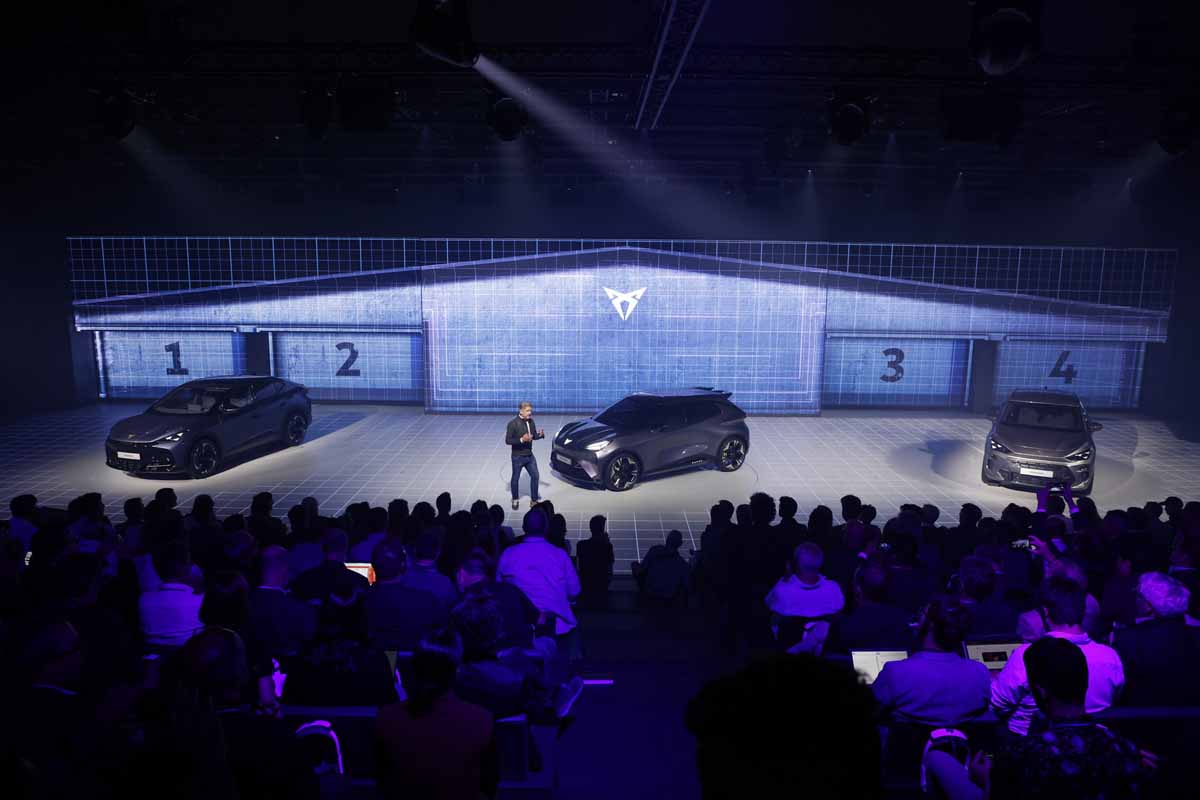 CUPRA Terramar*: the brand’s first electrified SUV
Plug-in hybrid technology has shown that electrification is part of CUPRA’s DNA, and the range of vehicles that benefit from the technology has grown to encapsulate a large part of the brand’s range. But CUPRA is taking it further.

By 2024 the range of plug-in hybrid models will include even more options and greater range.

Joining the team is the CUPRA Terramar, a sport SUV that pays homage to Terramar, Sitges, combining bold proportions with striking design. This emotional, sporty and electrified SUV will move the company upmarket to the hot spot of the SUV segment, the fastest growing segment in Europe. It will be produced in Hungary at Audi’s Györ plant.

The CUPRA Terramar will be available with ICE versions as well as a new generation of plug-in hybrid powertrains that deliver around 100km in all-electric mode.

The e-HYBRID range focuses on performance and contemporary sportiness and are part of the bigger journey as CUPRA fulfils the electrification revolution.

“Terramar is where everything started for CUPRA. Our new sporty hybrid SUV perfectly combines bold proportions with a long striking bonnet, while the shark nose means breakthrough resistance and the determination to win”, said Jorge Diez, Design Director at CUPRA. “Thinking of how the driver will feel, we provide a unique experience with the latest technology, thanks to the driver oriented interior concept. All in all, a 4,5m long SUV, with CUPRA DNA ready to shake one of the most competitive segments”.

CUPRA Tavascan*: the dream comes true
The next stage of the journey is the CUPRA Tavascan*. The car encapsulates CUPRA’s electrified vision and will remain faithful to the 2019 concept car. Some design elements strongly hinted at in the 2021 CUPRA Tavascan Extreme E Concept. The CUPRA Tavascan* doesn’t just capture the vision of contemporary electrification, but it also globalises the brand, taking CUPRA to new markets. It will be launched in 2024.

CUPRA UrbanRebel*: challenging conventions and bringing emotions
In 2025 CUPRA will bring the UrbanRebel* – its Urban Electric Car – to the market. A vehicle that will take CUPRA far beyond its traditional boundaries. The UrbanRebel* is driven by emotion, designed, and developed for a more rebellious electric world.

“The CUPRA UrbanRebel will be the biggest project for our company in the upcoming years, since it is key for our transformation as a fully electric brand. We are leading the cluster development, the family of vehicles that will democratize sustainable urban mobility, for different brands within the Volkswagen Group”, said Werner Tietz, Vice-President for Research & Development at CUPRA.
The 4.03m long vehicle is a hero of sustainability, integrating advanced recycled polymers and bio-based materials to push the boundaries of what is achievable, and deliver a more environmentally conscious vehicle.

Lightweight design both in the exterior and interior help the vehicle’s 226PS (166kW) electric motor and battery pack push the Urban Electric Car to 100km/h in just 6.9 seconds and give it a range of up to 440km (range version).

Designed and developed in Barcelona, the CUPRA UrbanRebel* will be launched in 2025; production is planned in Martorell, subject to the Strategic Project for Economic Recovery and Transformation program (in Spanish, PERTE) for the Electric and Connected Vehicle (in Spanish, VEC).

“The UrbanRebel* is more than just a car to CUPRA. This is the model that will democratise urban electric mobility. Emotional, sexy, and fun to drive and at the same time accessible. We prove that electric cars don’t have to be boring. This will be the next generation’s entry into our range.”, said Wayne Griffiths during the Impulse event.

With the Future: Fast Forward project, the company has created a group of 62 national and international partners to transform Spain into a European hub for electric mobility.

And just a few weeks ago, together with the Volkswagen Group and the Future: Fast Forward partners, the company presented a project to mobilise €10 billion euros to electrify Spain. This represents the single largest industrial investment in Spain’s history.

“We know exactly where we want to go, and I promise you it will not be boring. Every single model we will bring to the market will be a step ahead on our journey,” said Wayne Griffiths. “We will stay true to ourselves and be authentic, this is the spirit of the CUPRA Tribe. We’ll do this the CUPRA way, like we always have. The future is electric. The future is CUPRA.”

During the impulse event, CUPRA also hinted at the future versions of the current range (CUPRA Leon, CUPRA Formentor and CUPRA Born), to be renewed by 2025. 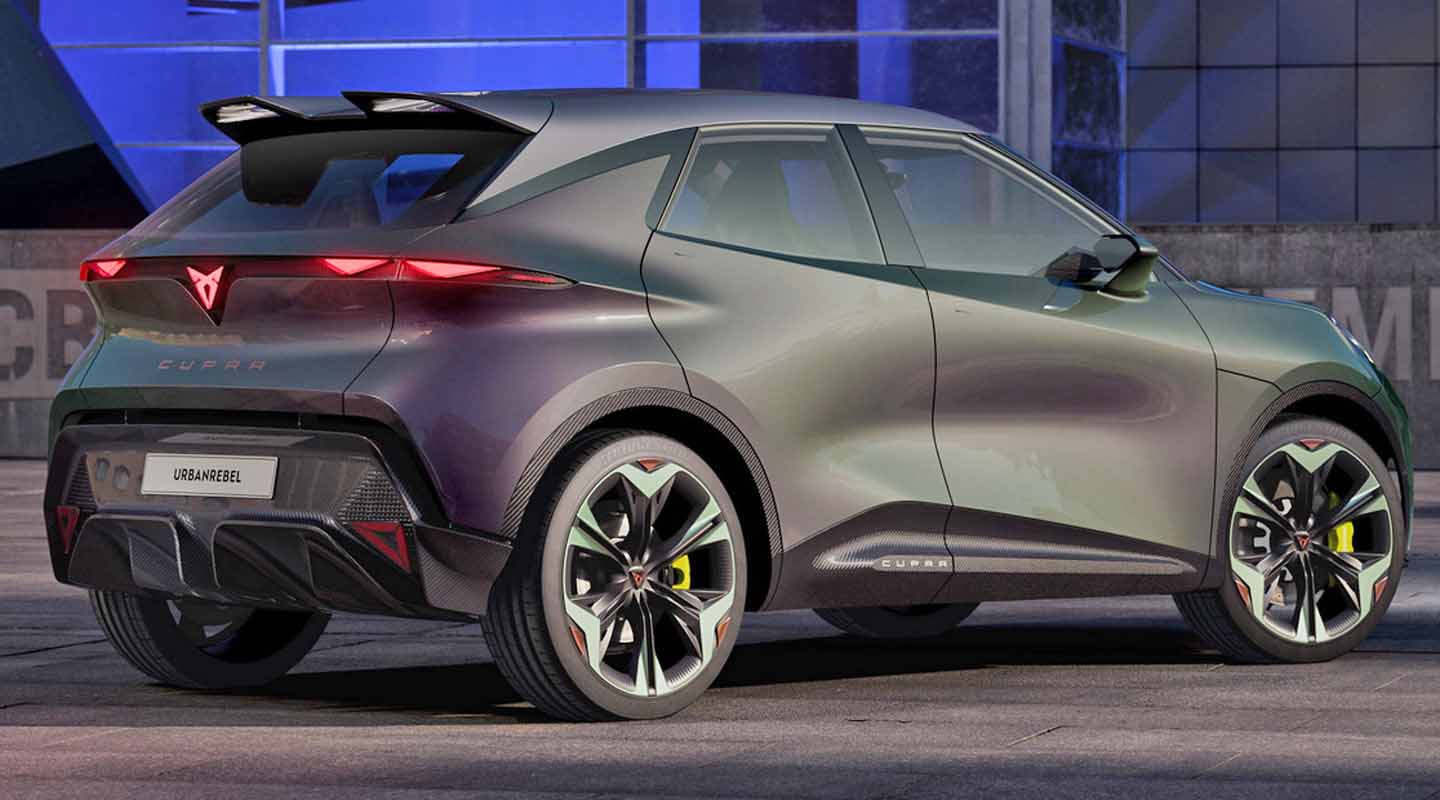 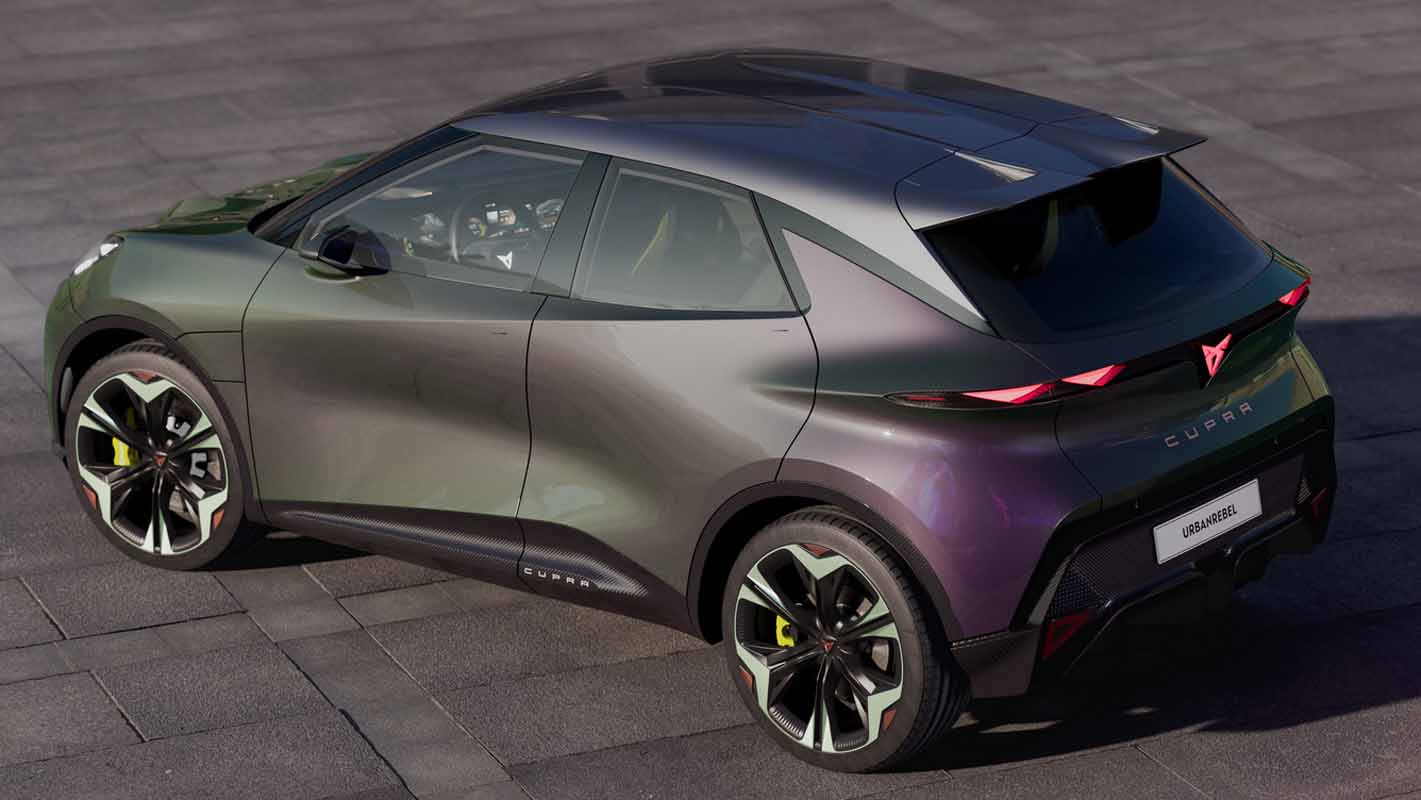 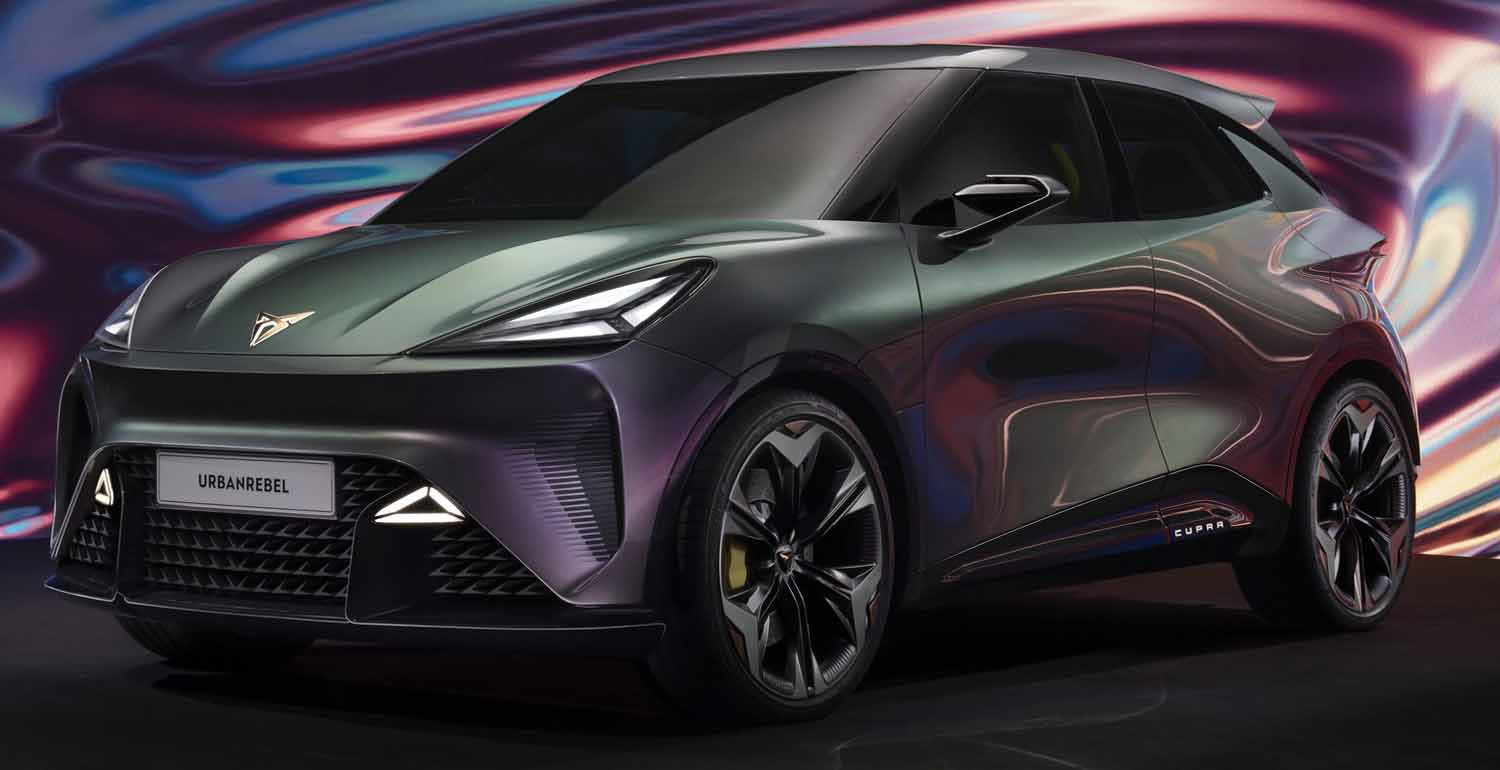 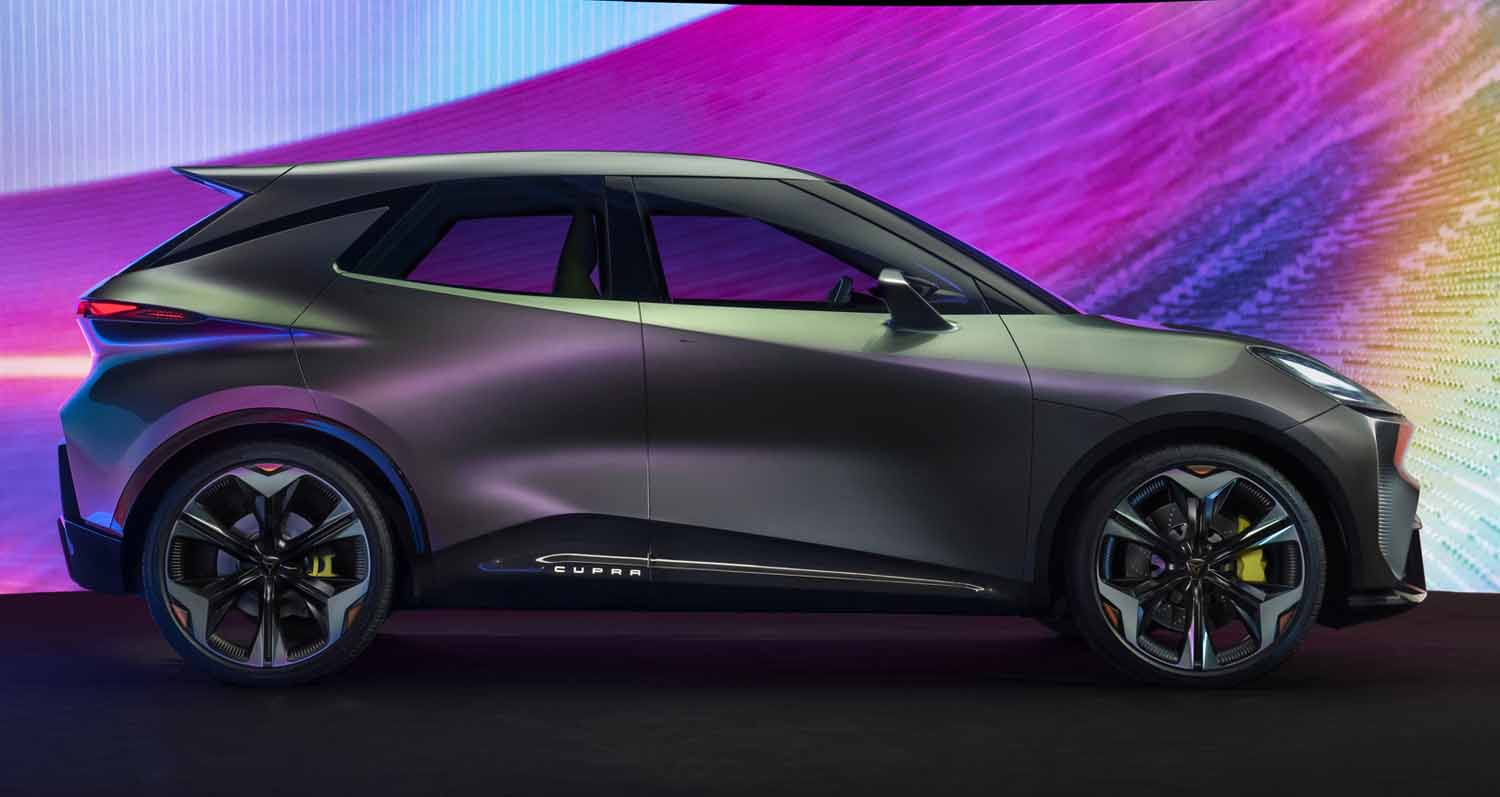 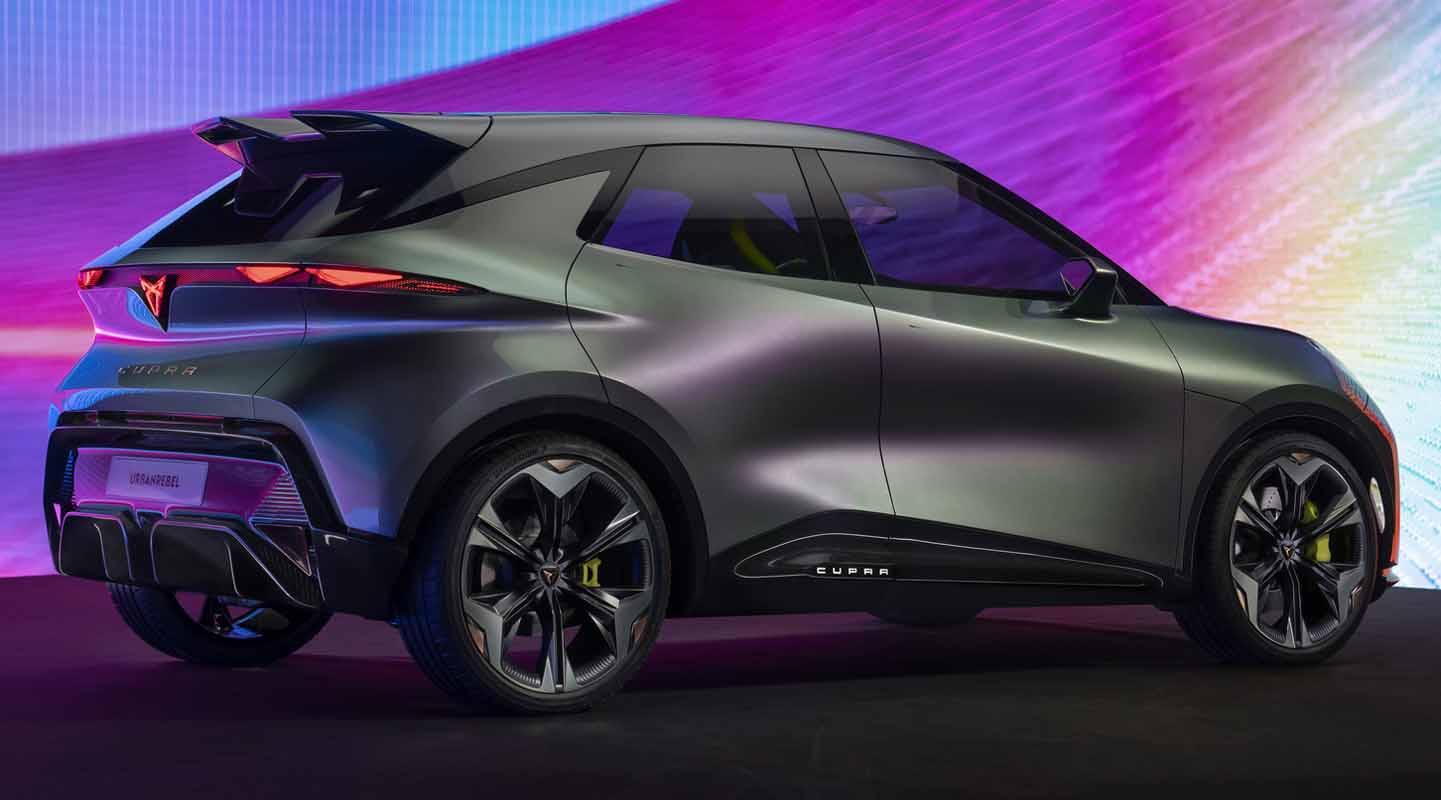 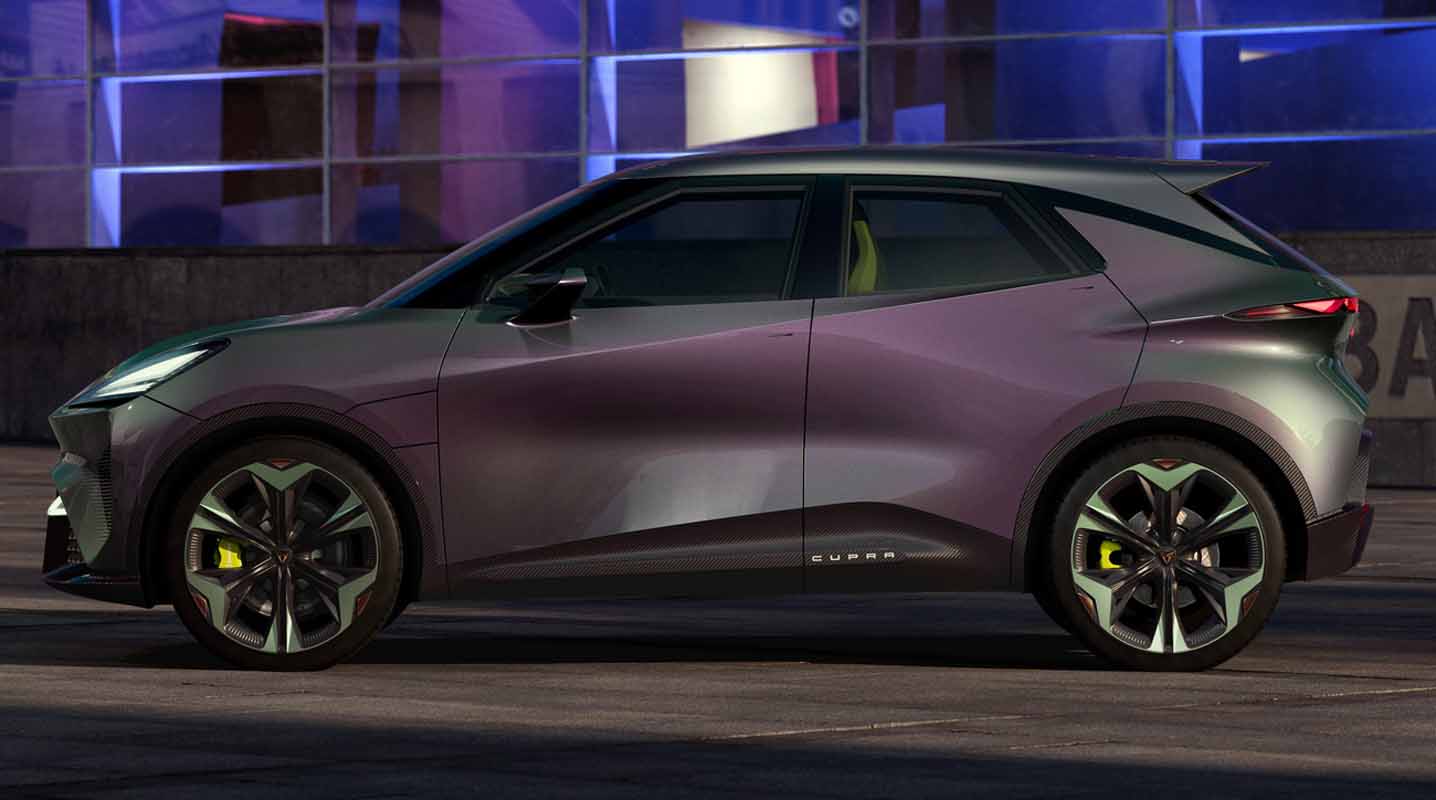 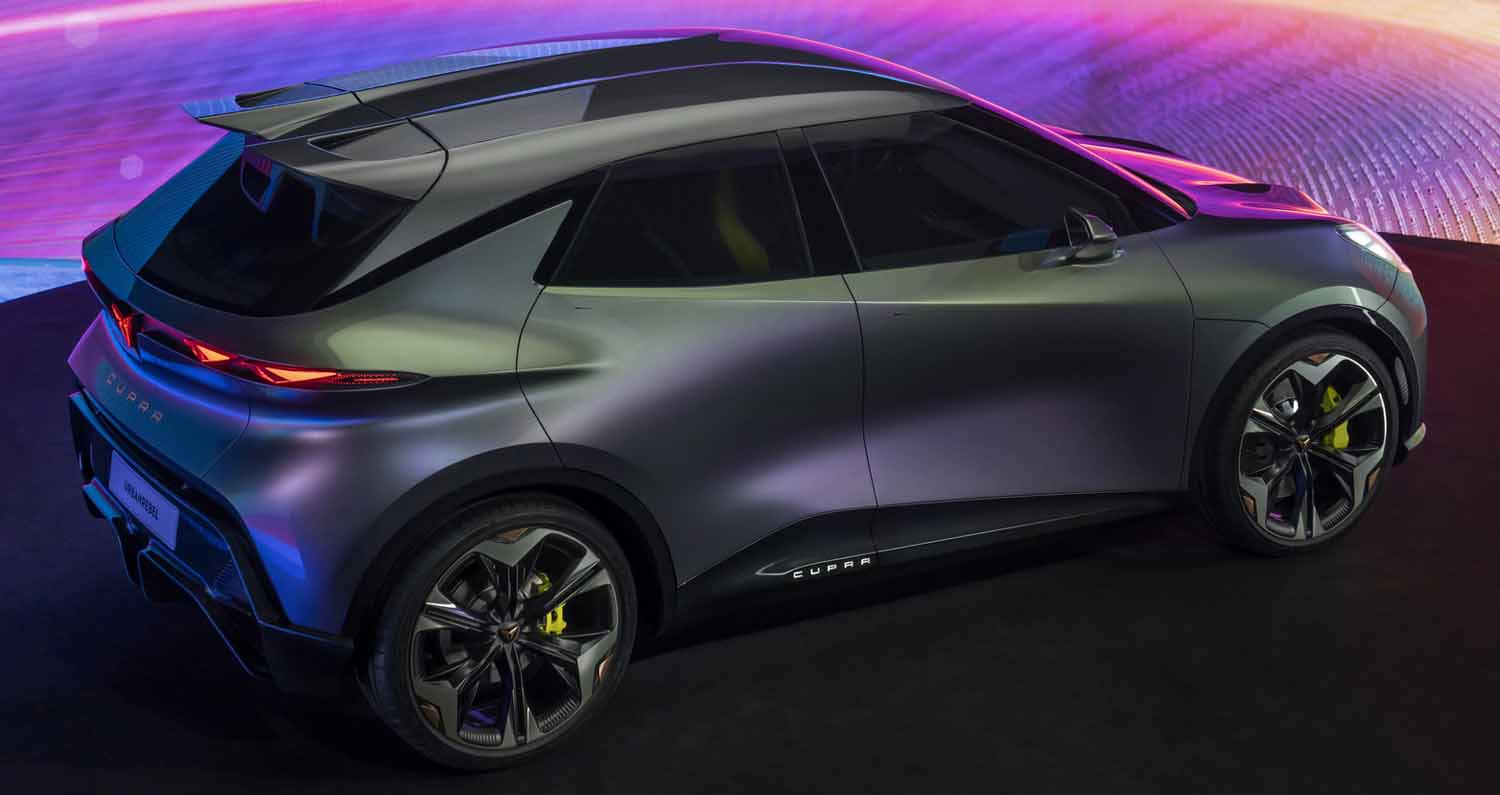 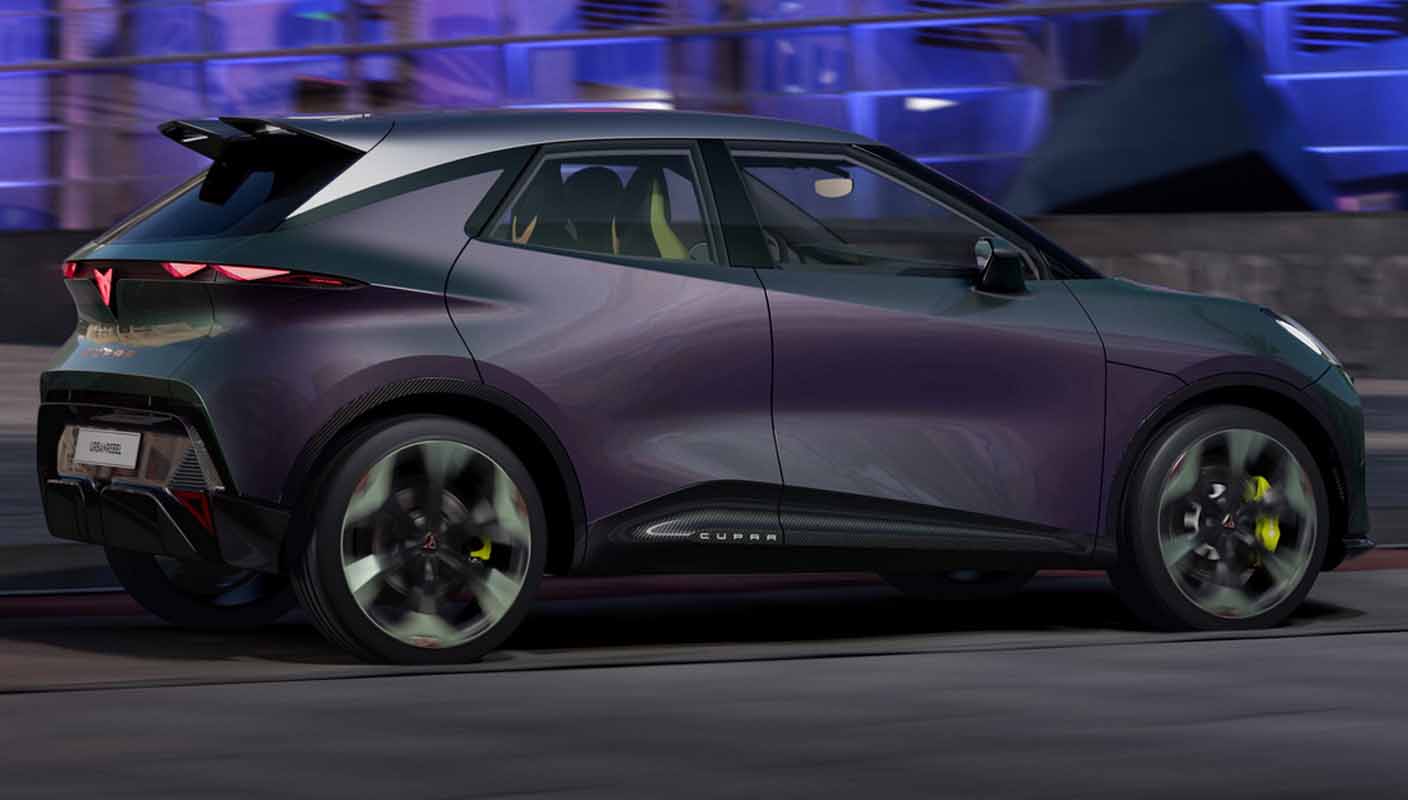 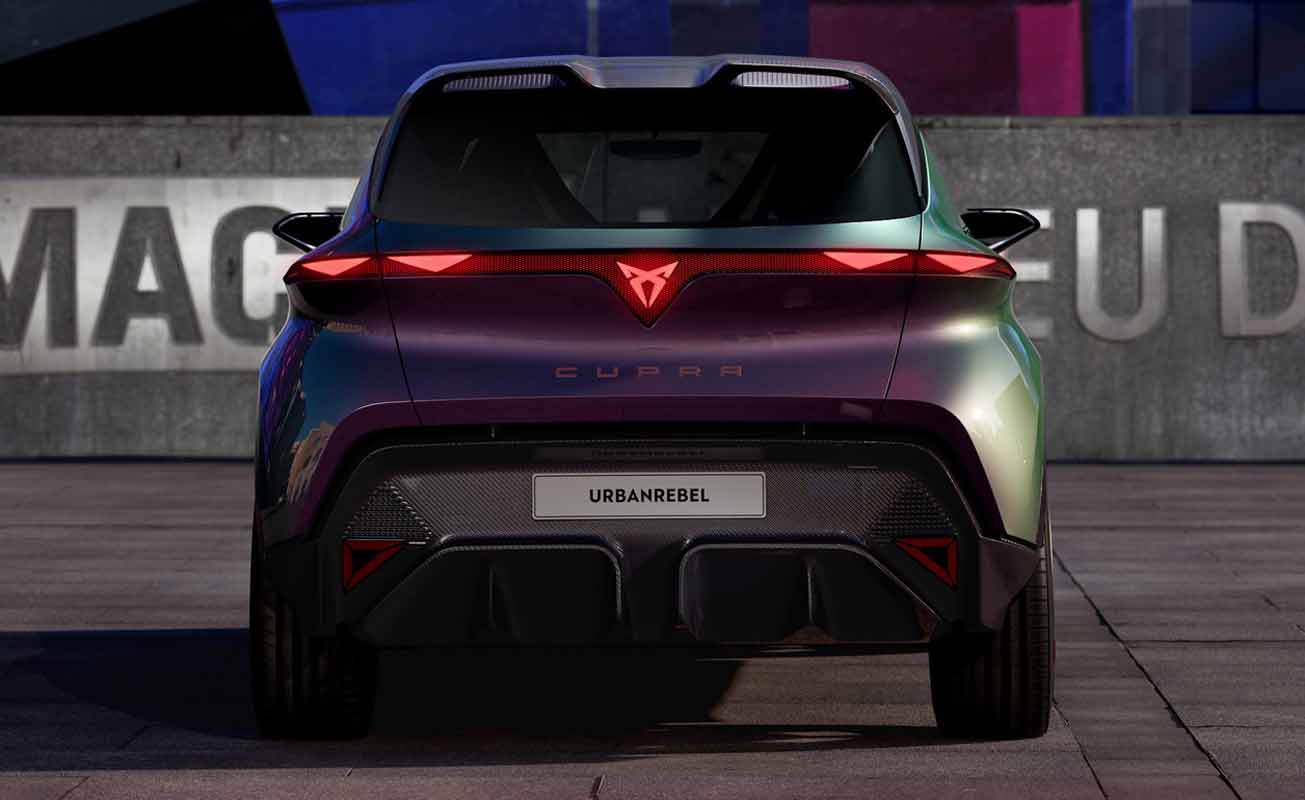 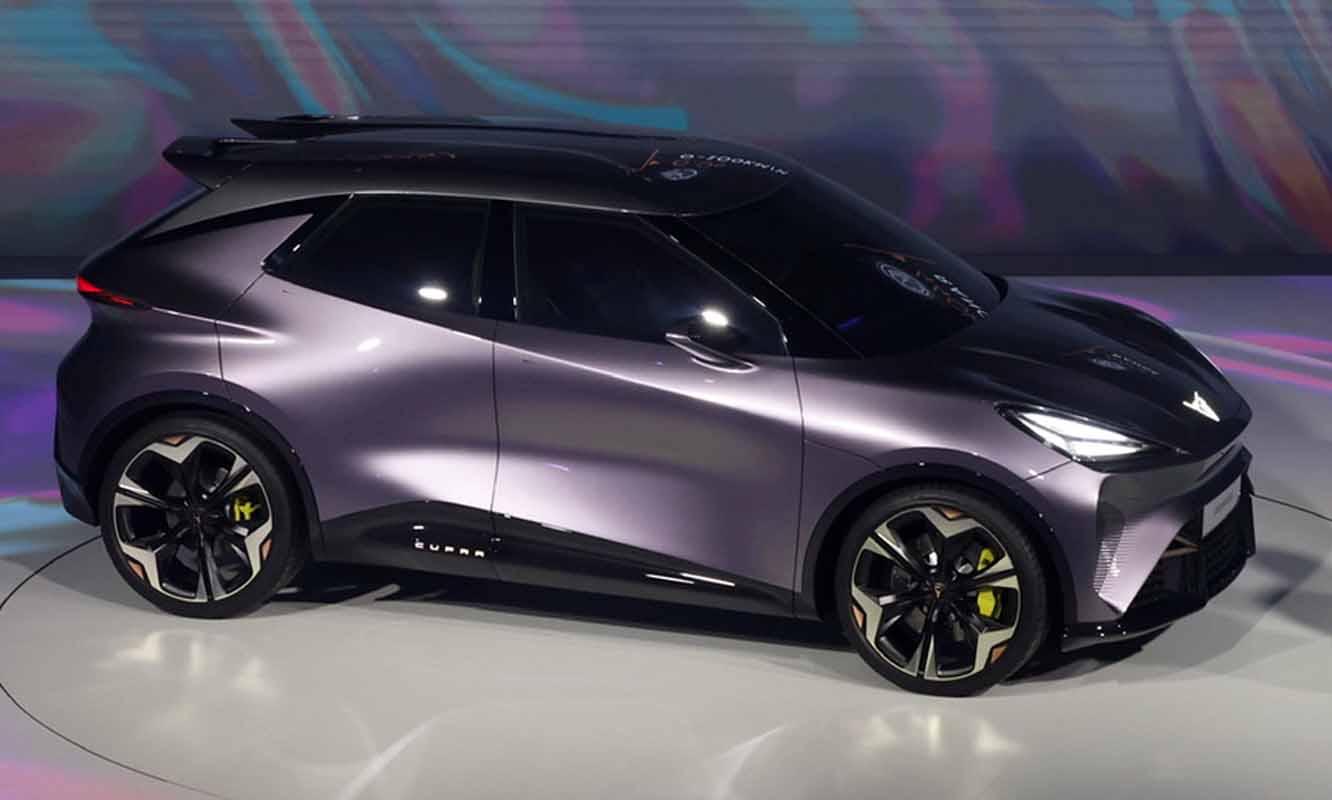 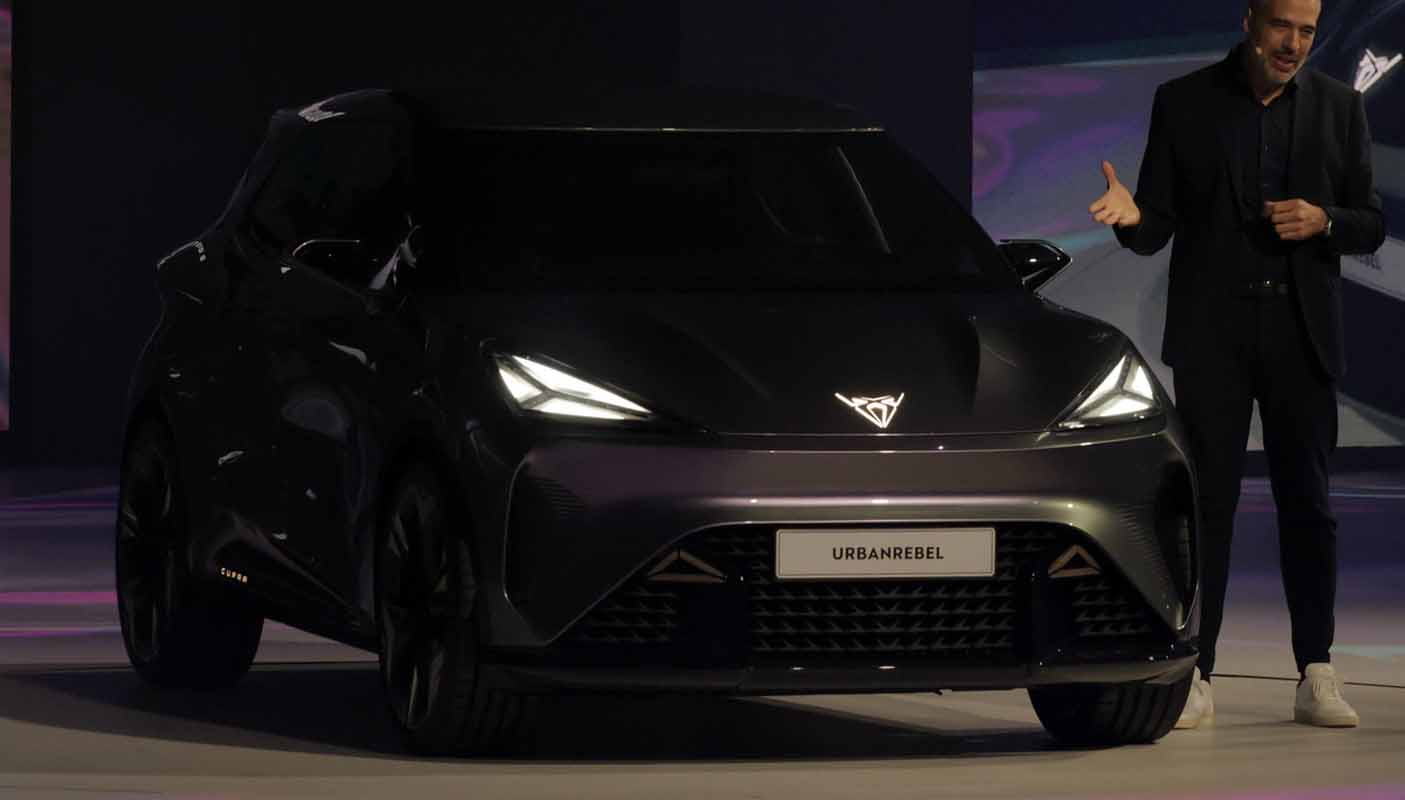 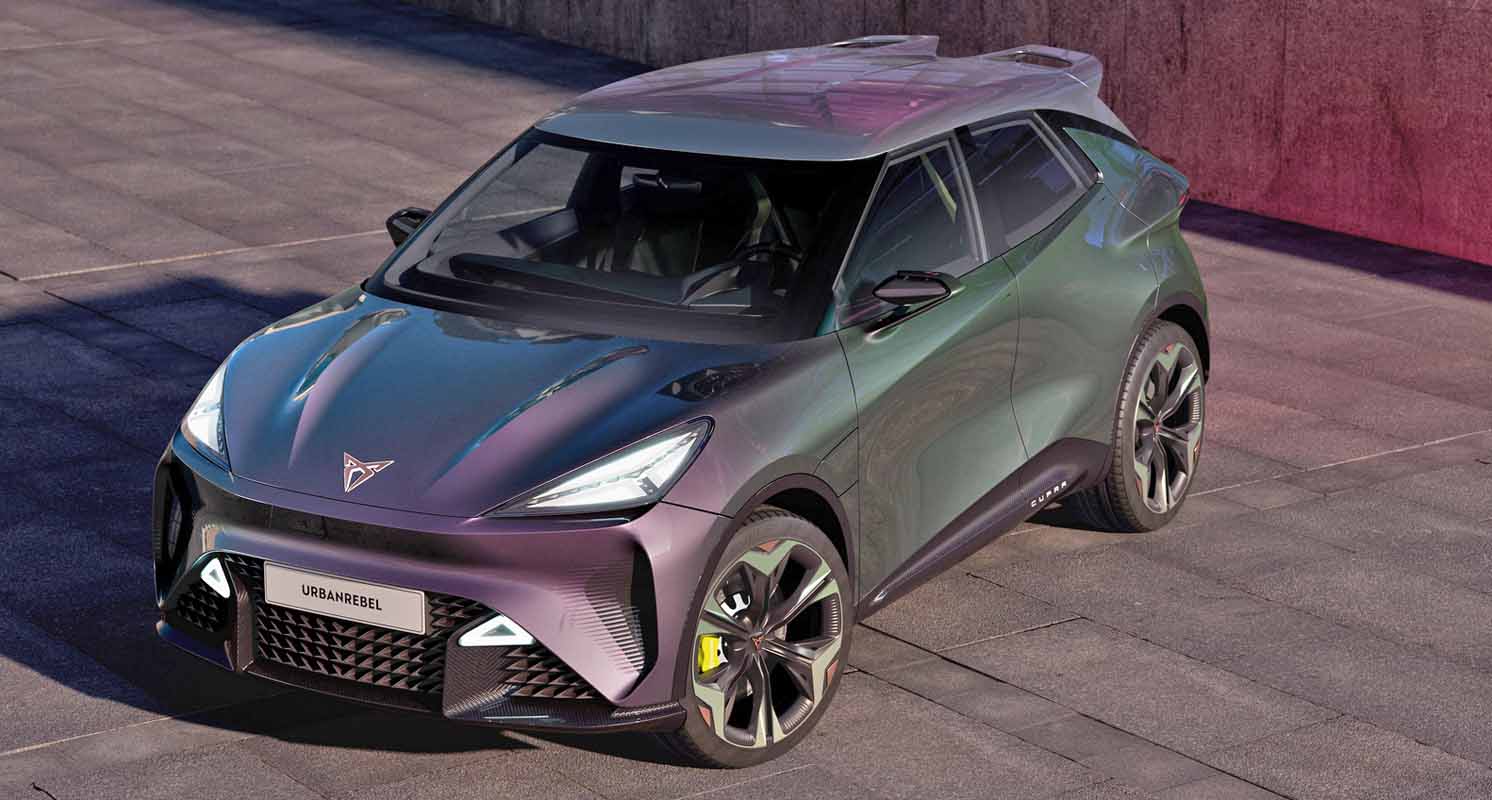 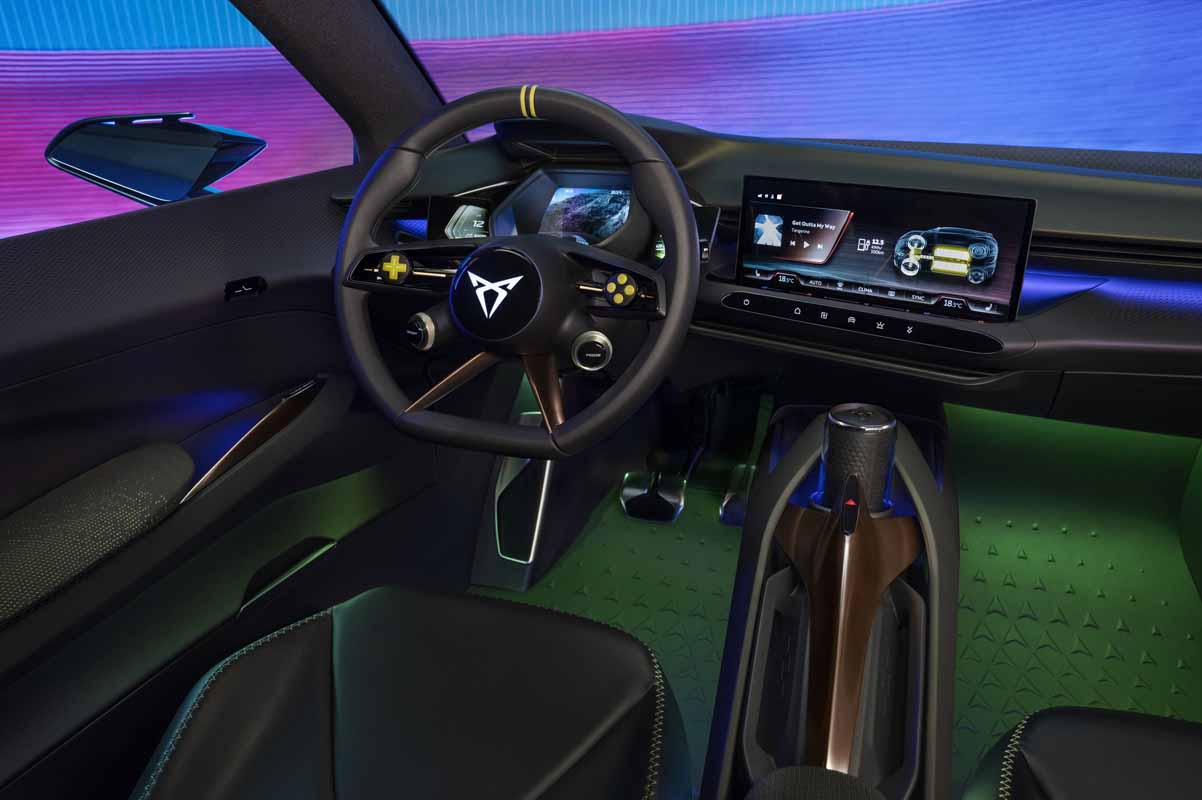 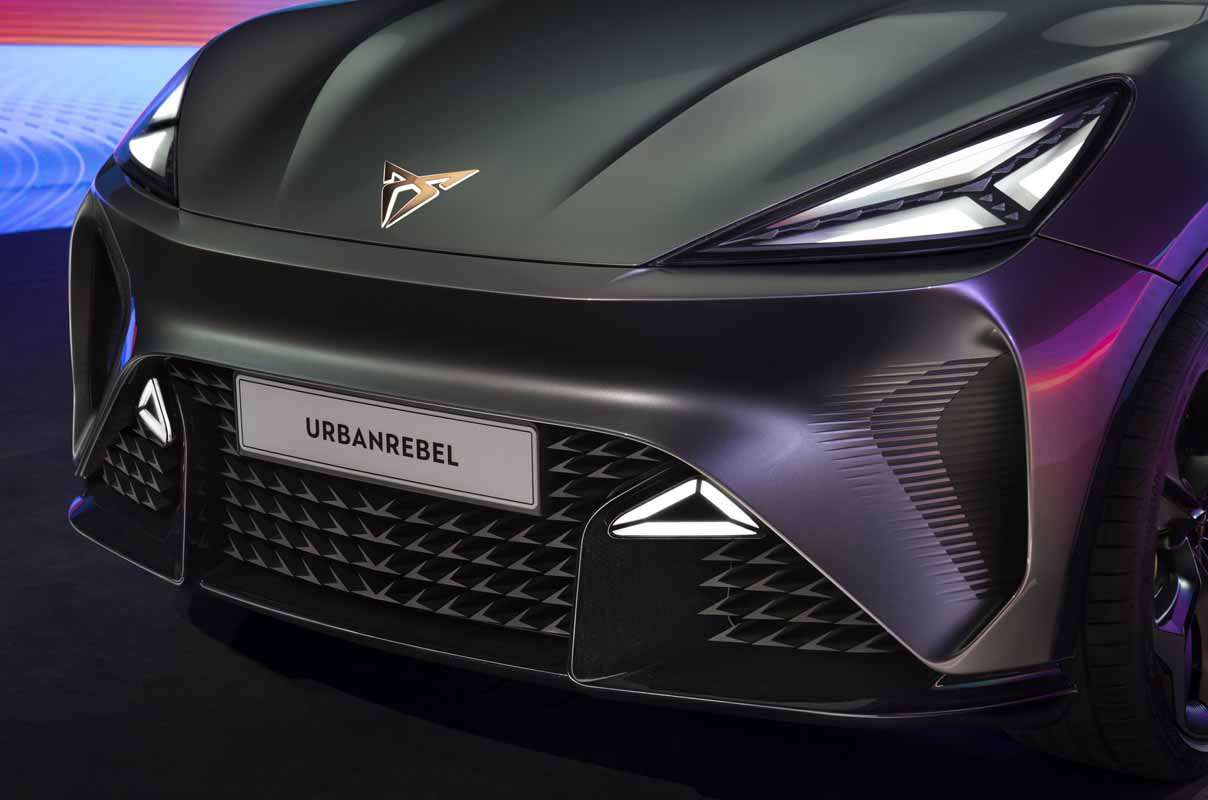 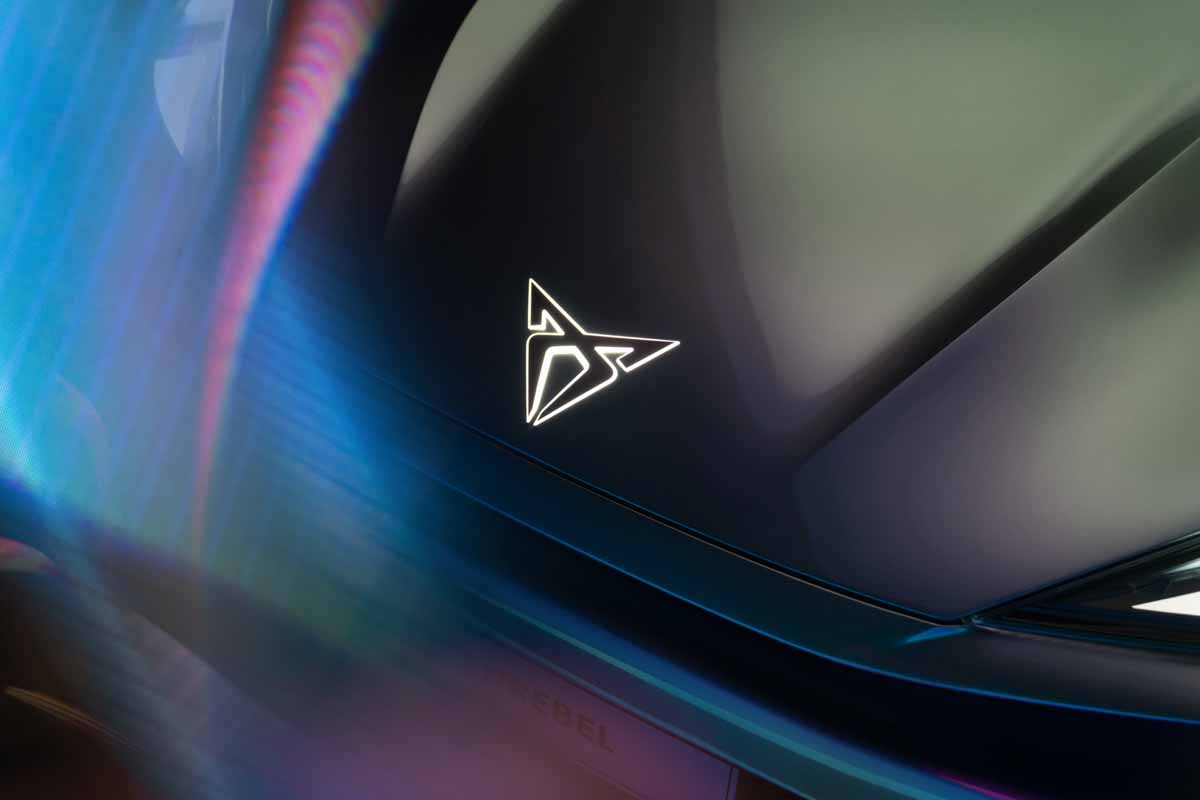 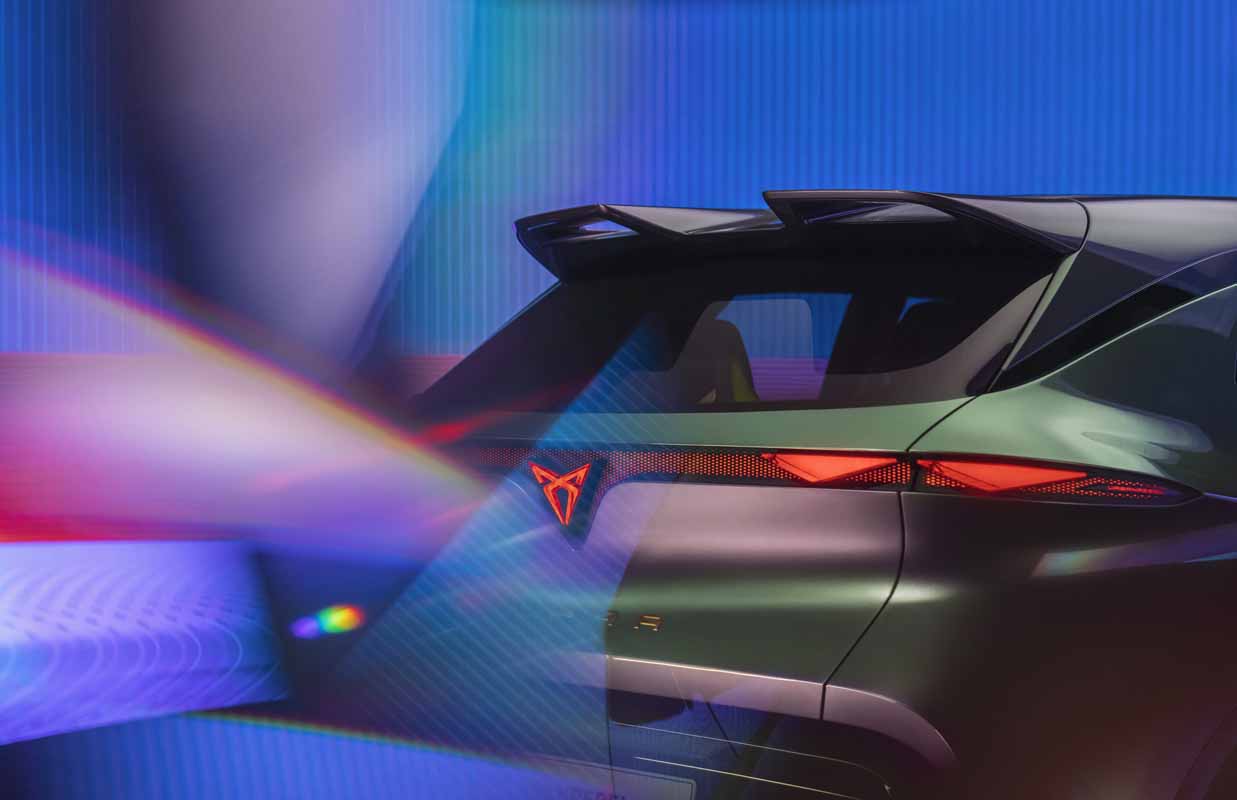 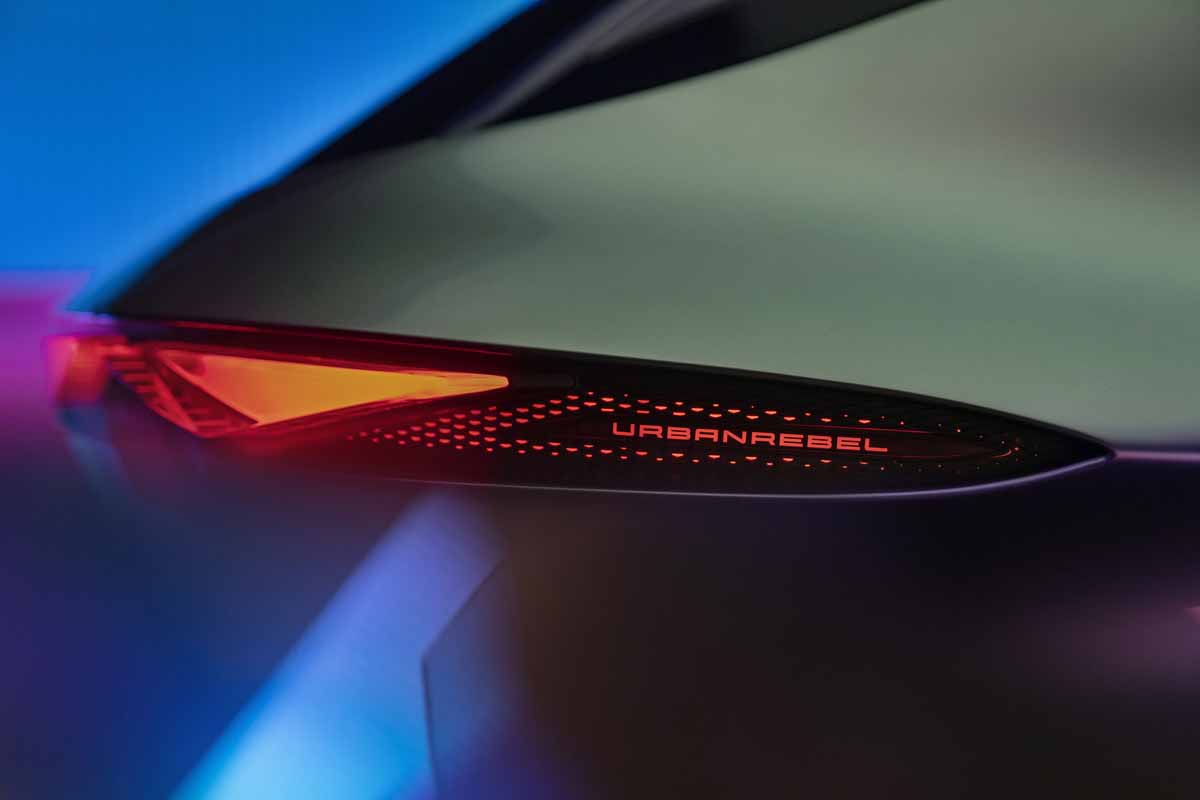 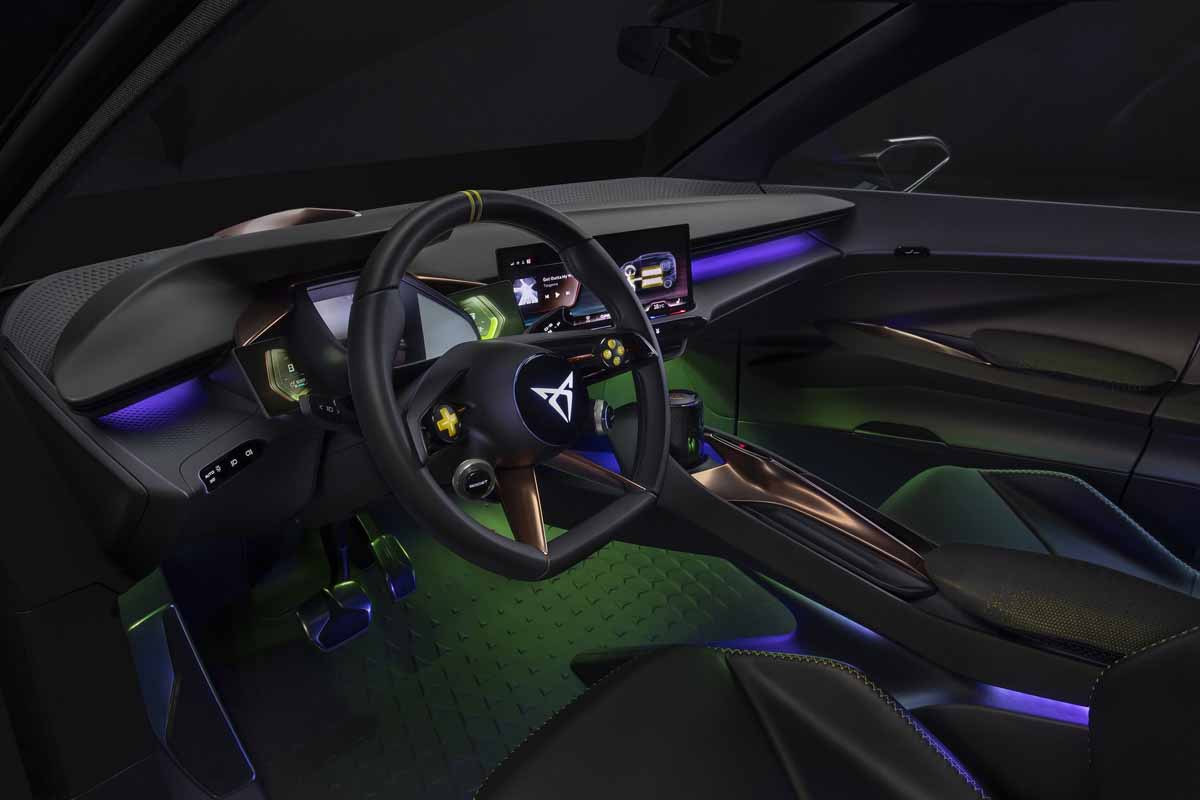 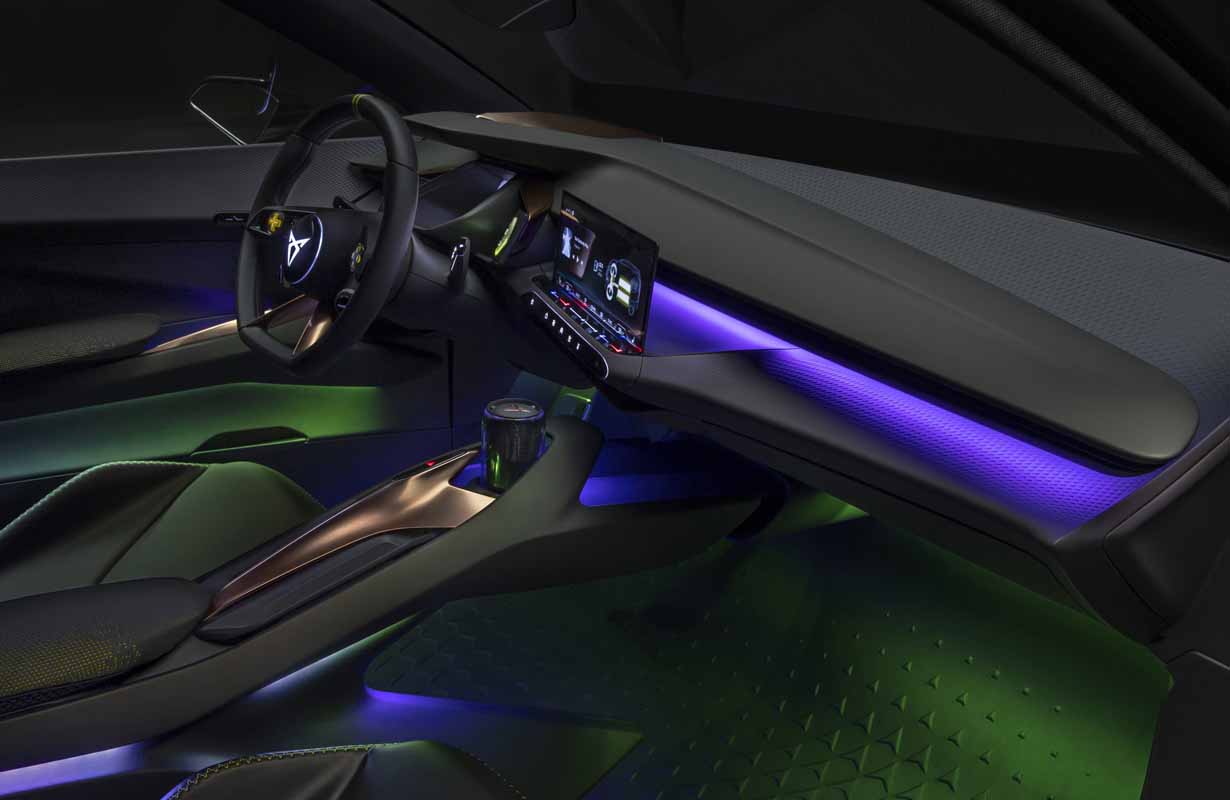 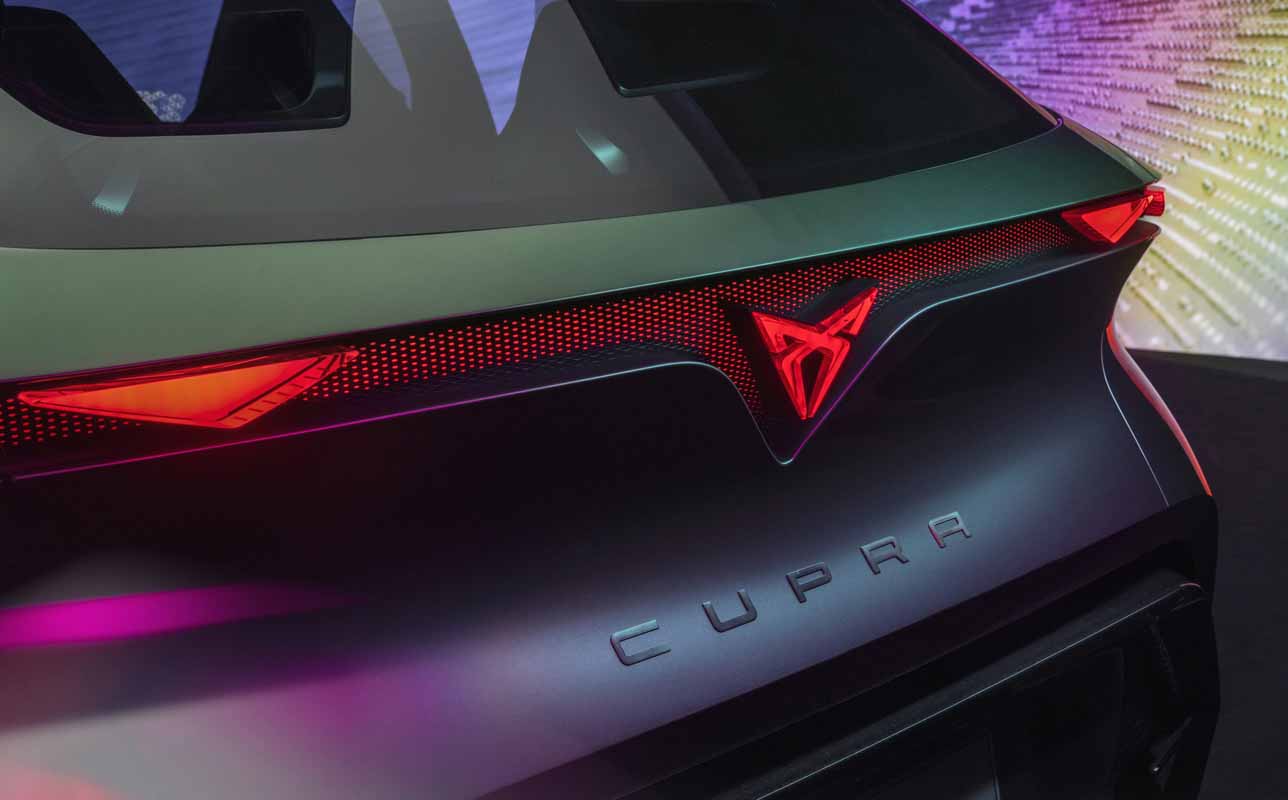 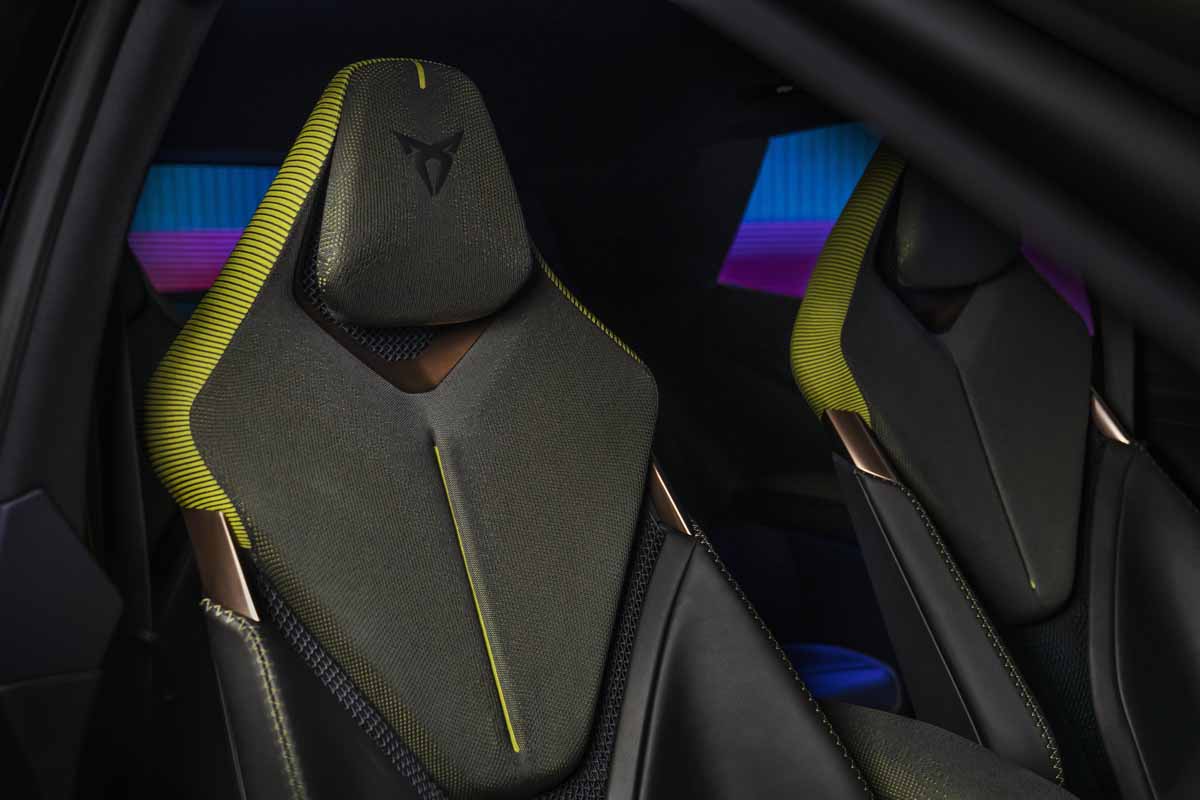