Cupra Hands Over Their Customised Models To FC Barcelona Players 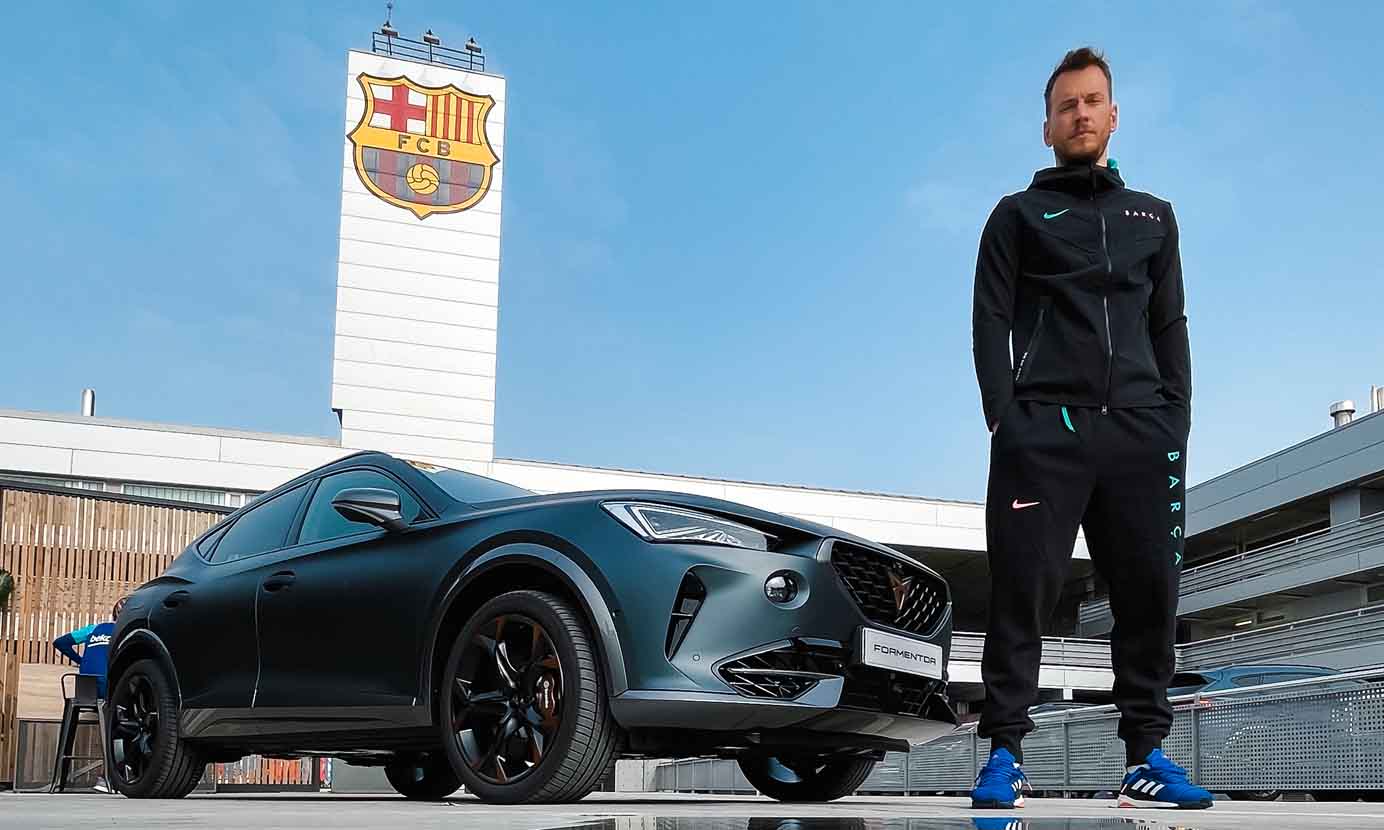 After exploring the world of CUPRA and configuring their own versions of the brand’s models, the FC Barcelona players have received their personalised vehicles at the Ciutat Esportiva Joan Gamper. The club’s official automotive and mobility partner delivered the Barça players their new cars at an event attended by 16 of the club’s footballers, with the participation of CUPRA Director of Strategy, Business Development and Operations, Antonino Labate.

Bosnian midfielder Miralem Pjanić and French defender Clément Lenglet, young players Óscar Mingueza and Ronald Araújo and new signings Pedri, Francisco Trincão and Sergiño Dest are some of the players already ejoying their CUPRA models. The players recently were given the opportunity to take part in the activity organised by the brand at the club’s training centre where they digitally customise their perfect car. CUPRA offered its full range of vehicles, including the CUPRA Formentor, the first model specifically designed and developed for the brand, the two new versions of the CUPRA Leon, both in the 5-door and Sportstourer bodystyles, and the CUPRA Ateca. The Barça footballers have received their models and participated in a photoshooting organised by the brand together with the creative photographer Jordi Koalitic.

“CUPRA and FC Barcelona aim to inspire the new generation of young challengers together from Barcelona. We are both embarking on a new era full of optimism and ambition while preserving our distinctive style and high-performance sportiness. We want this global alliance to become the impulse for change, that’s why we’re proud to see the players so involved and enjoying the CUPRA experience. Now they’ll be able to drive, live and feel another way with their new CUPRA models” explained Labate, who acted as master of ceremonies and handed over the keys of the vehicles to the Barça players.

Jordi Koalitic and his brother Arnau are actually the most influential online photographers worldwide with more than 26 million followers. After the shooting, Jordi stated: “The inspiration to shoot these pictures is very much aligned with the content we have been making lately, using the mobile phone to produce creative transitions and play with effects using everyday objects. In this case, we used a mirror to create an optical effect and the wheel of a car for a transition. From a conceptual point of view, this content aims to convey and reflect the duality of personalities that a football player has, showing both his sportive and personal side, as well as connecting both personalities with his customised CUPRA model”.

Most of the footballers chose the model designated as FC Barcelona’s official car, the CUPRA Formentor. This is the case of Miralem Pjanić, the Bosnian midfielder went for the Magnetic Tech Matt colour for the exterior and the 310PS version. His teammates Pedri, Francisco Trincão, Martin Braithwaite, Sergiño Dest, Riqui Puig and Óscar Mingueza also chose this configuration. Gerard Piqué also opted for the same color and the same engine and will receive his car soon, while defender Ronald Araújo selected the Desire Red colour with 310PS. As he announced during the CUPRA Anniversary digital event, CUPRA global ambassador Marc ter Stegen decided to go for the 245PS plug-in hybrid engine and the Magnetic Tech Matt color, which provides sporty driving pleasure but minimises the vehicle’s impact on the environment.

The CUPRA Formentor is available with a wide range of ocho engines, including two plug-in hybrid variants and a special limited edition with a 390PS five-cylinder engine. This high-performance crossover is named after the renowned cape on the island of Mallorca, and combines contemporary exterior design in a palette of nine colours with a sophisticated interior and high-quality materials, as well as a high level of connectivity thanks to the CUPRA Connect system, which enables certain functions to be controlled remotely via smartphone.

FC Barcelona defenders Clément Lenglet and Junior Firpo are already enjoying the new CUPRA Ateca, in the colours Crystal Black and Rodium Grey respectively. This model was the first vehicle to be launched on the market under the CUPRA brand and now has a renewed design, while maintaining its commitment to high performance. With its 300PS, this SUV is a unique proposition in the market and since its launch it has driven CUPRA’s growth in Europe and beyond in countries such as Mexico.

Clément Lenglet with the CUPRA Ateca

In 2019, CUPRA and FC Barcelona joined forces in a five-year global alliance. Through this innovative agreement, it became the exclusive Official Automotive and Mobility Partner and one of the football club’s Global Official Partners. The two organisations will collaborate with the goals of boosting the image of the city of Barcelona around the world, promoting talent and innovation and creating unique experiences for their global fan community. 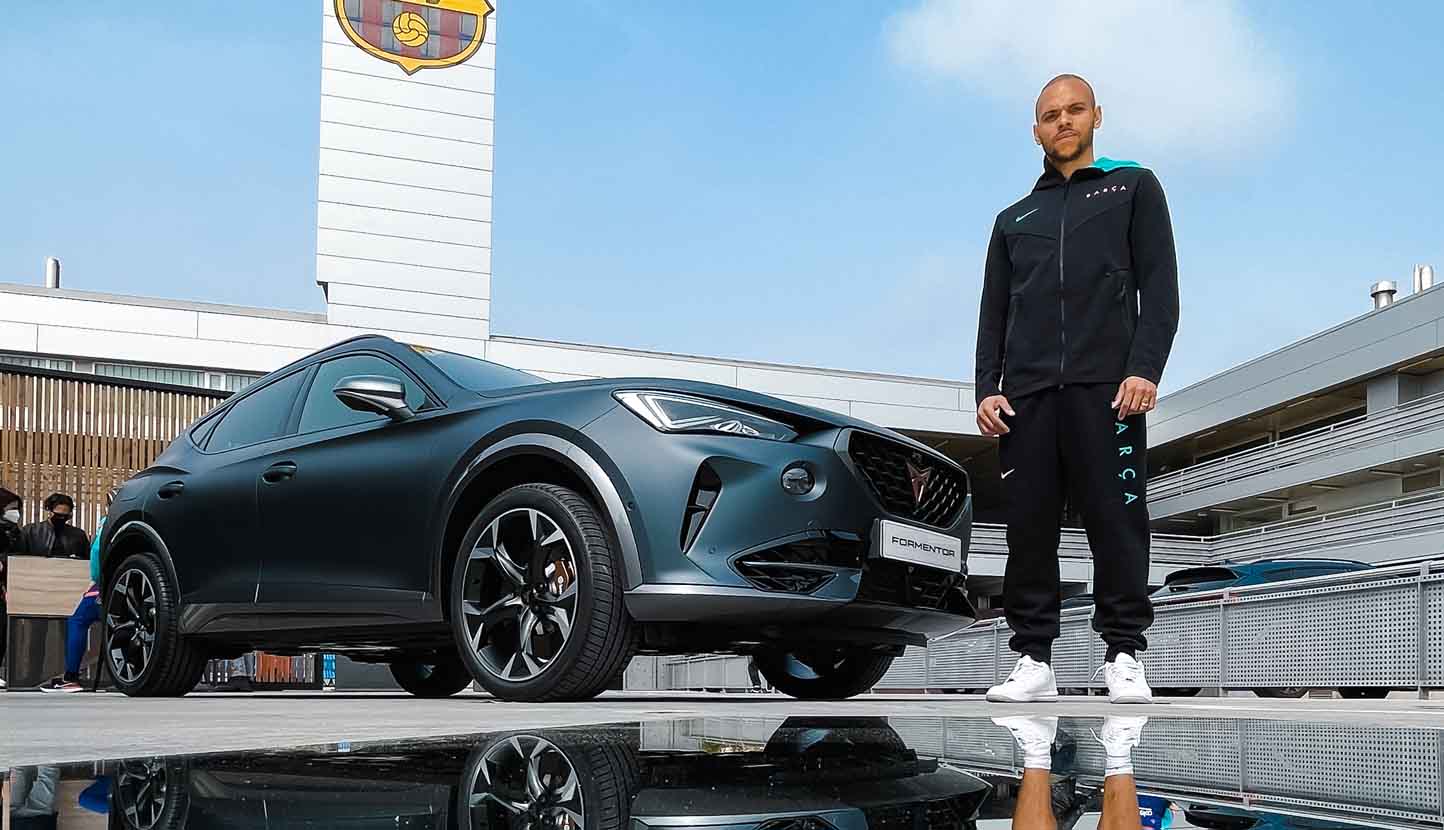 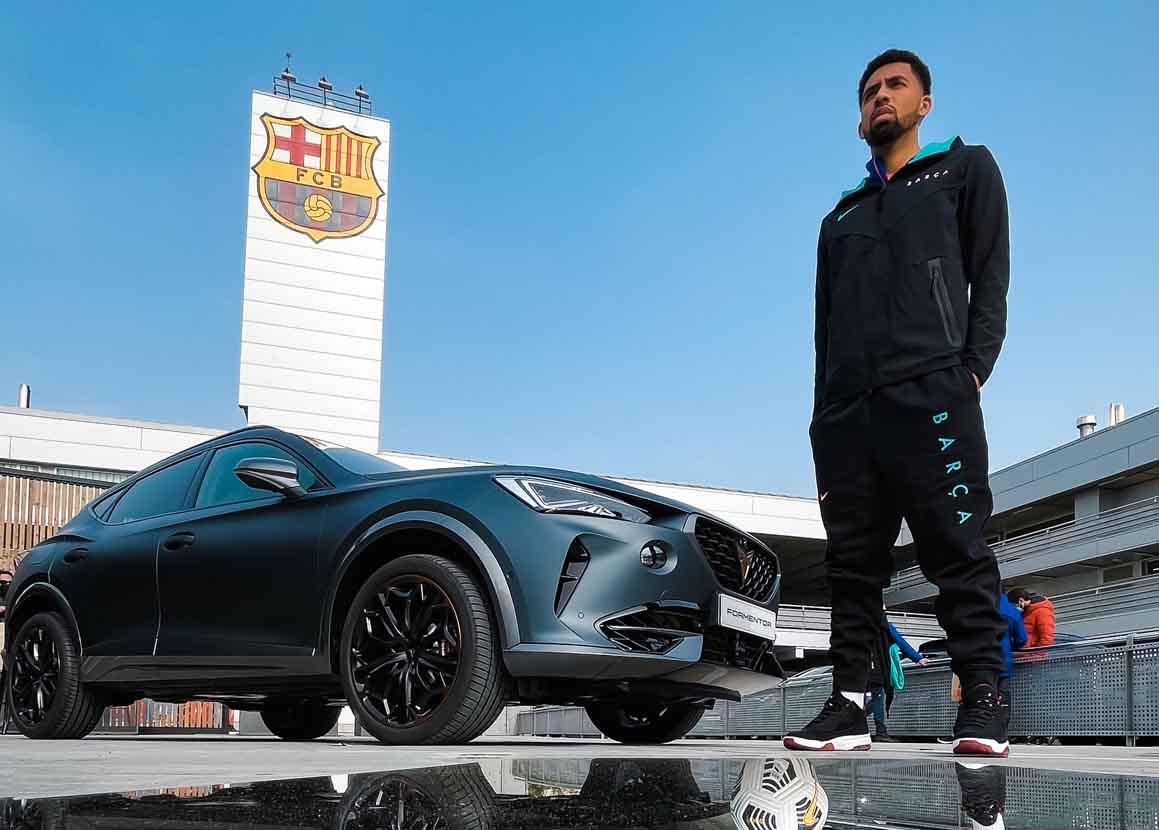 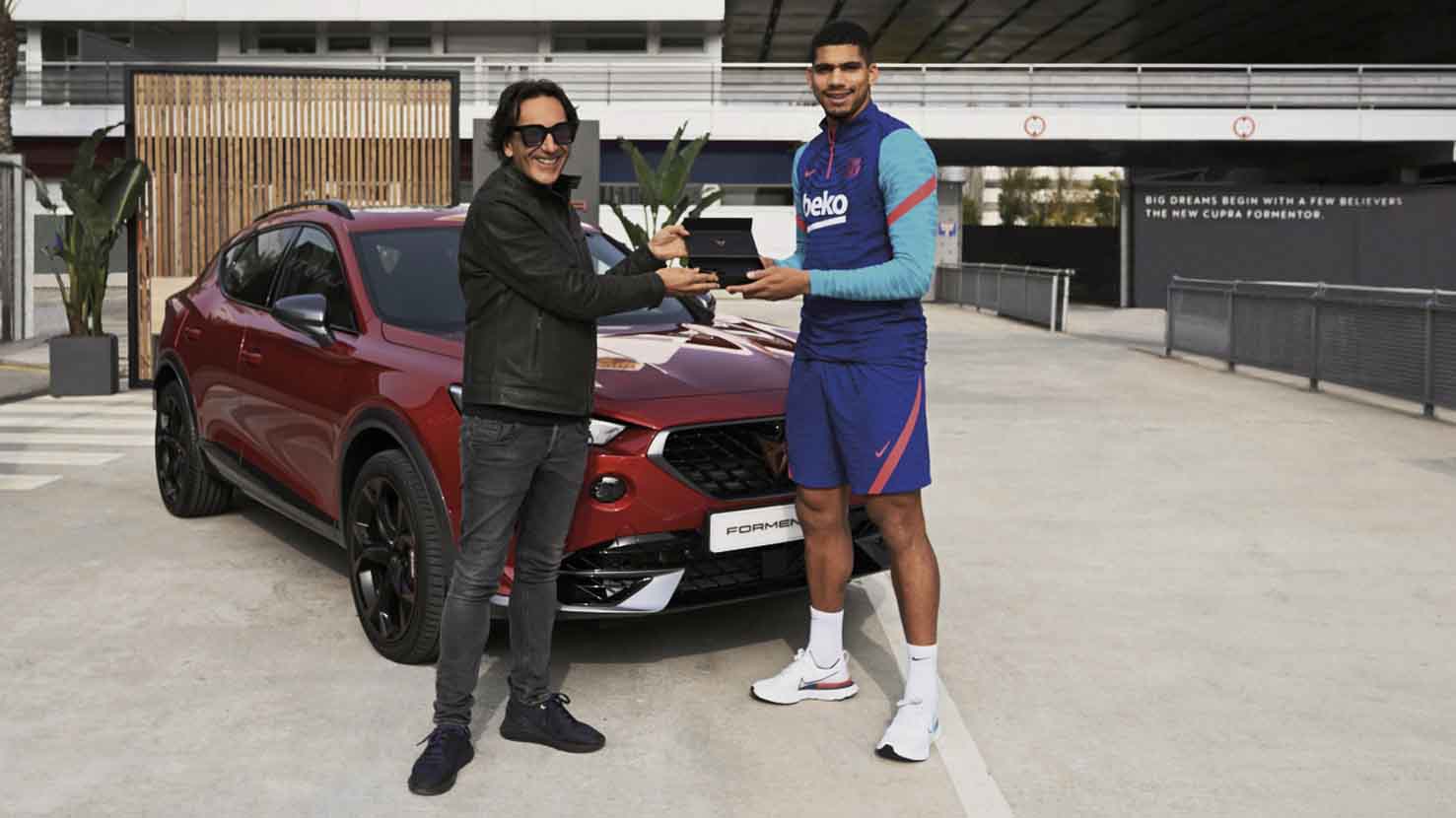 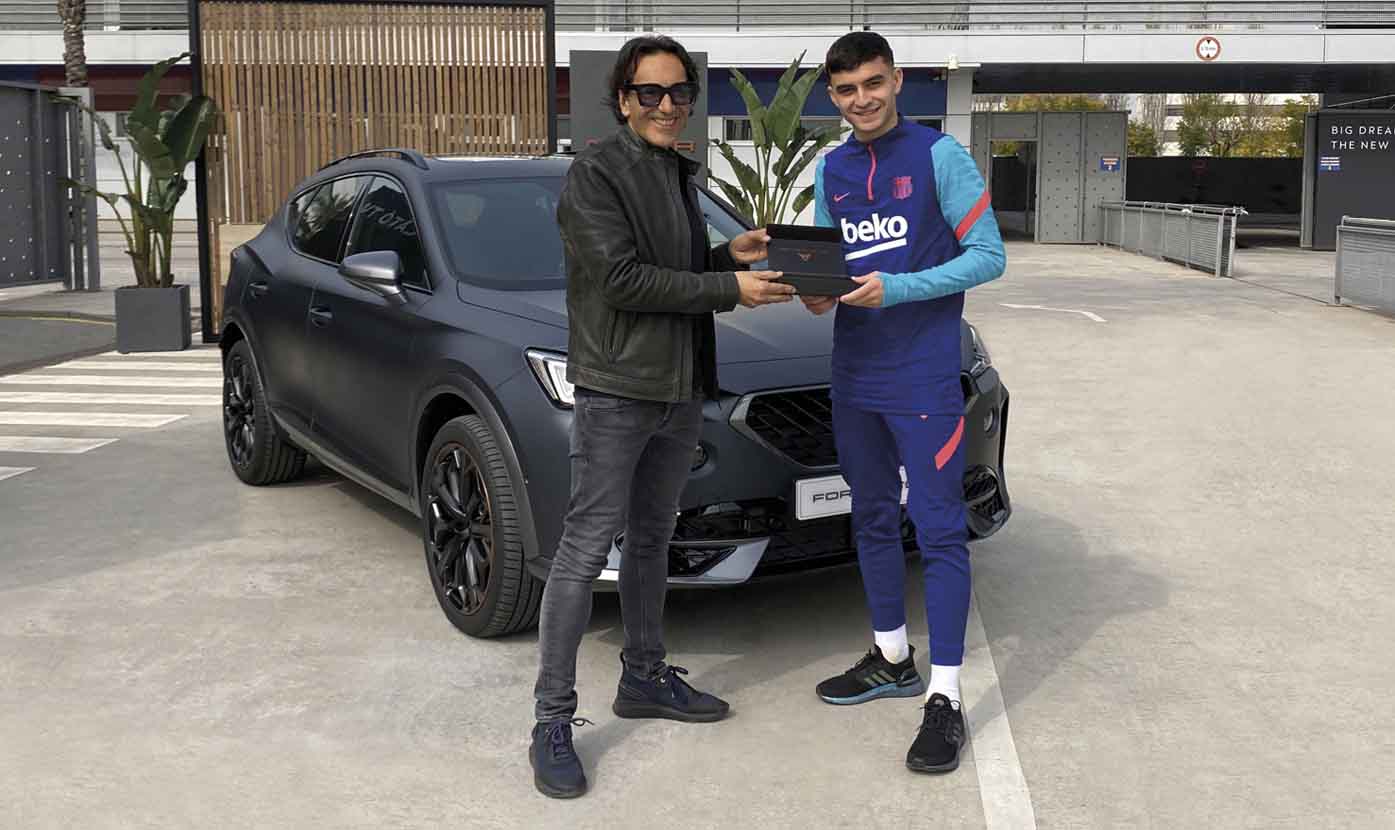 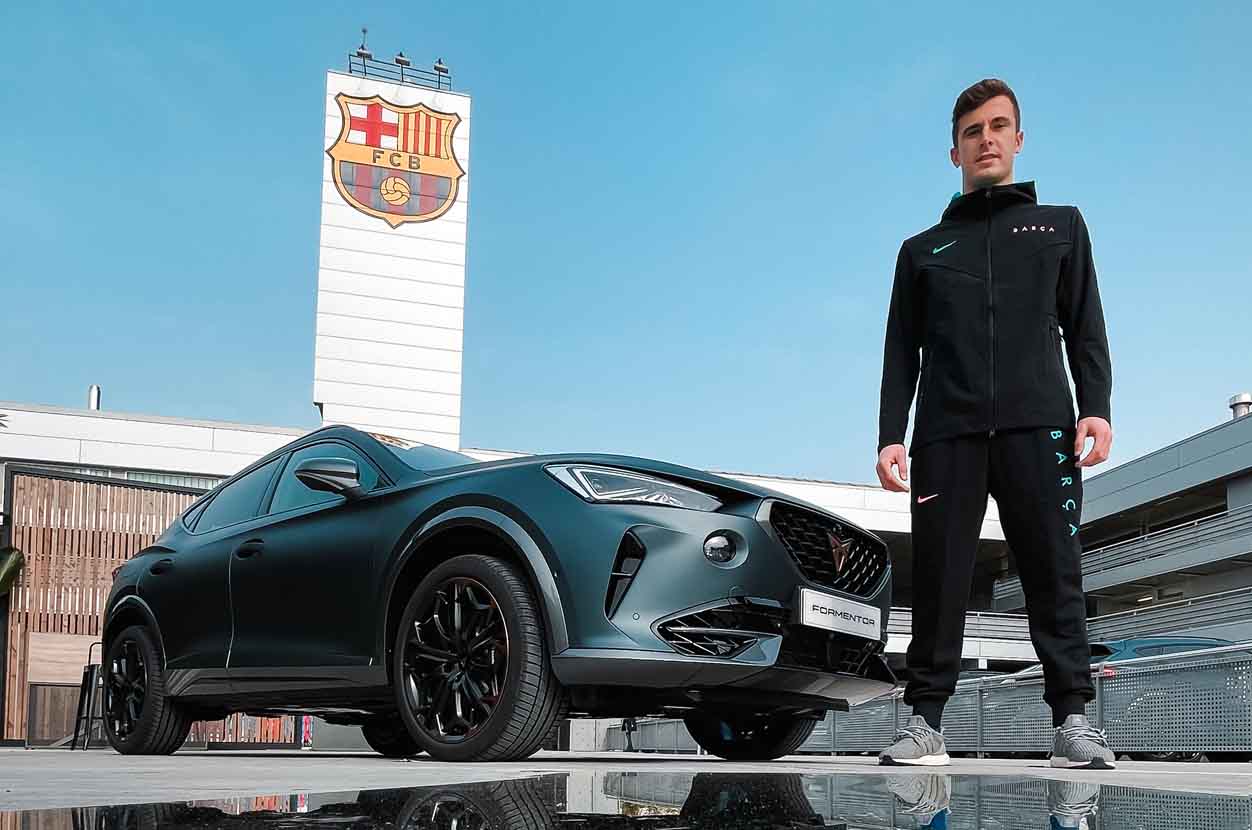 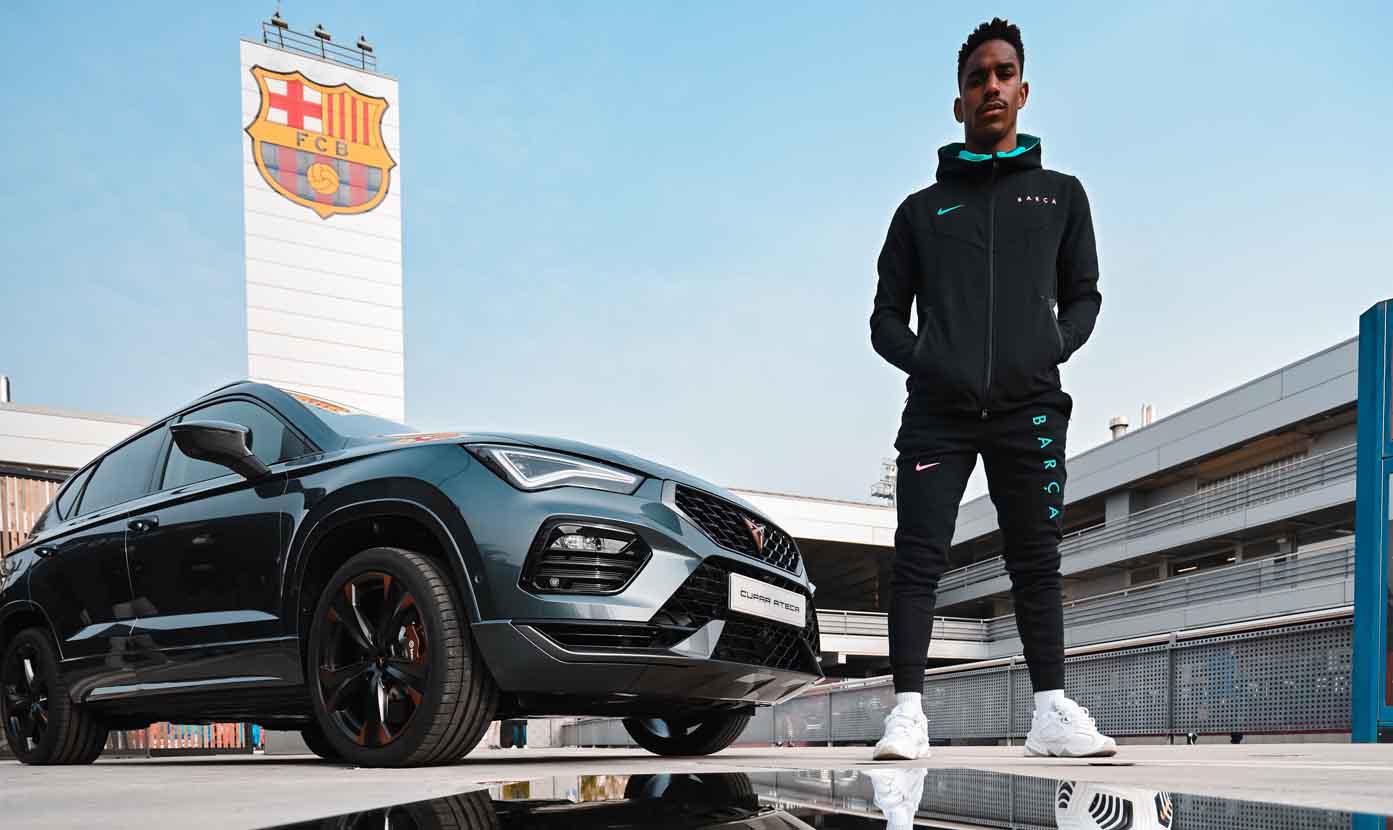 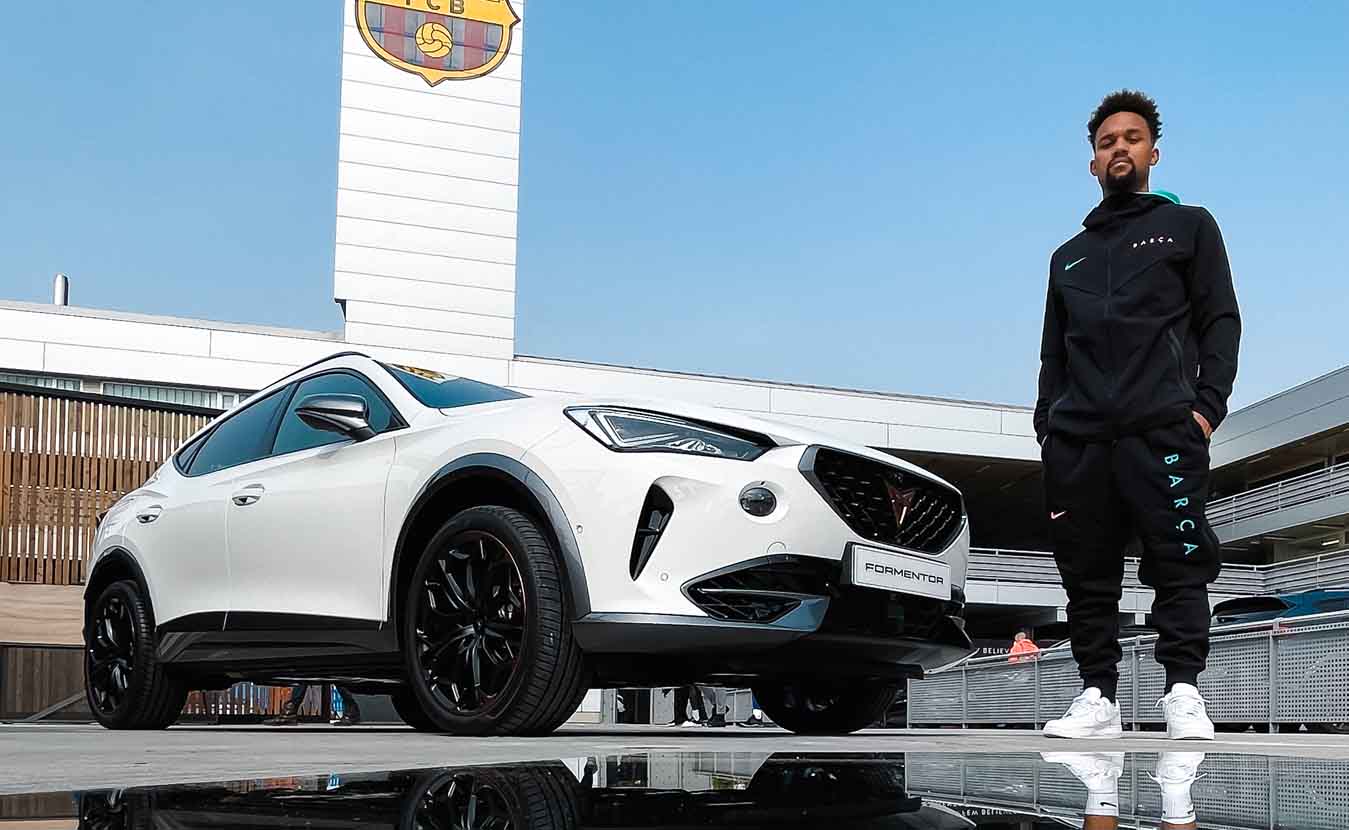 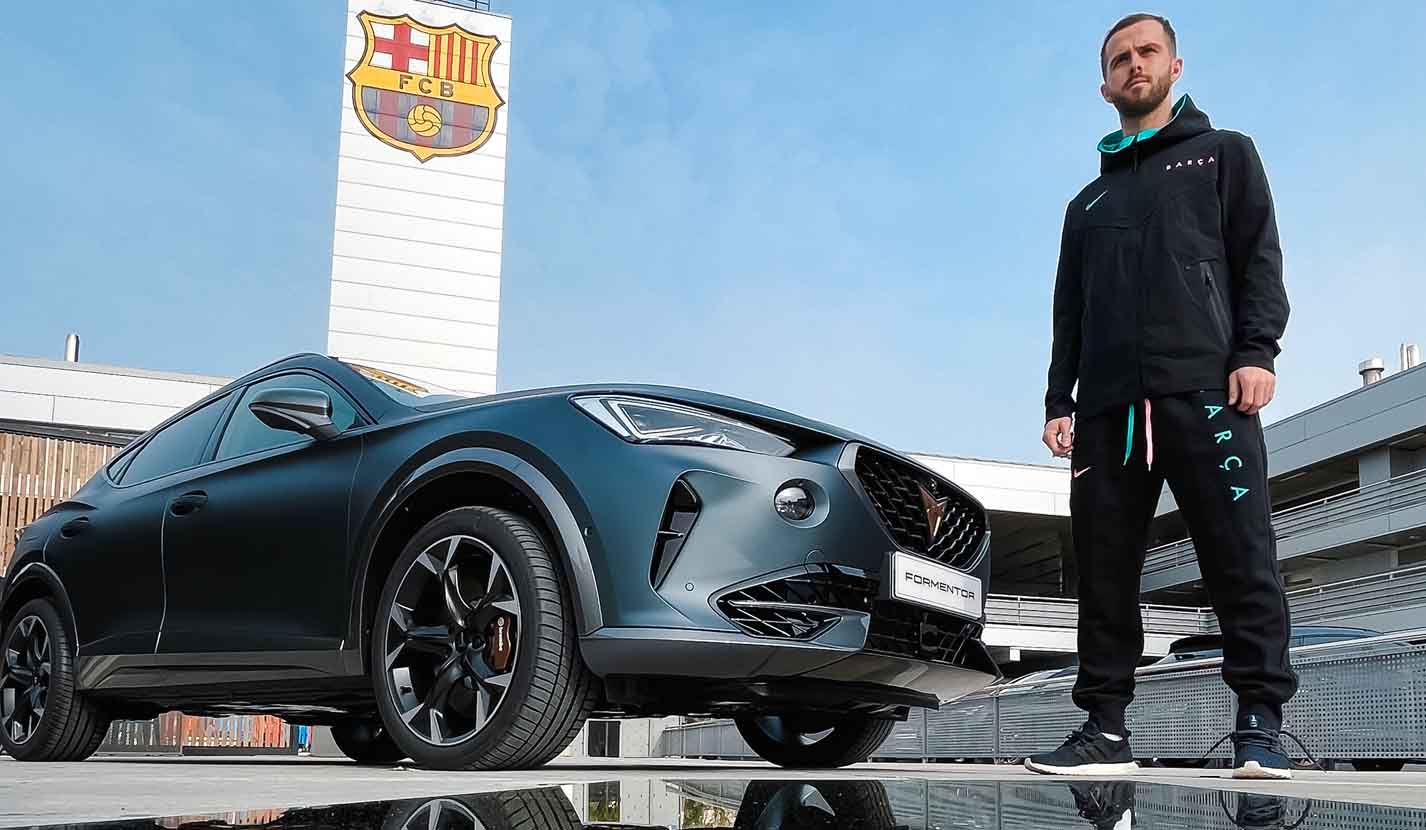 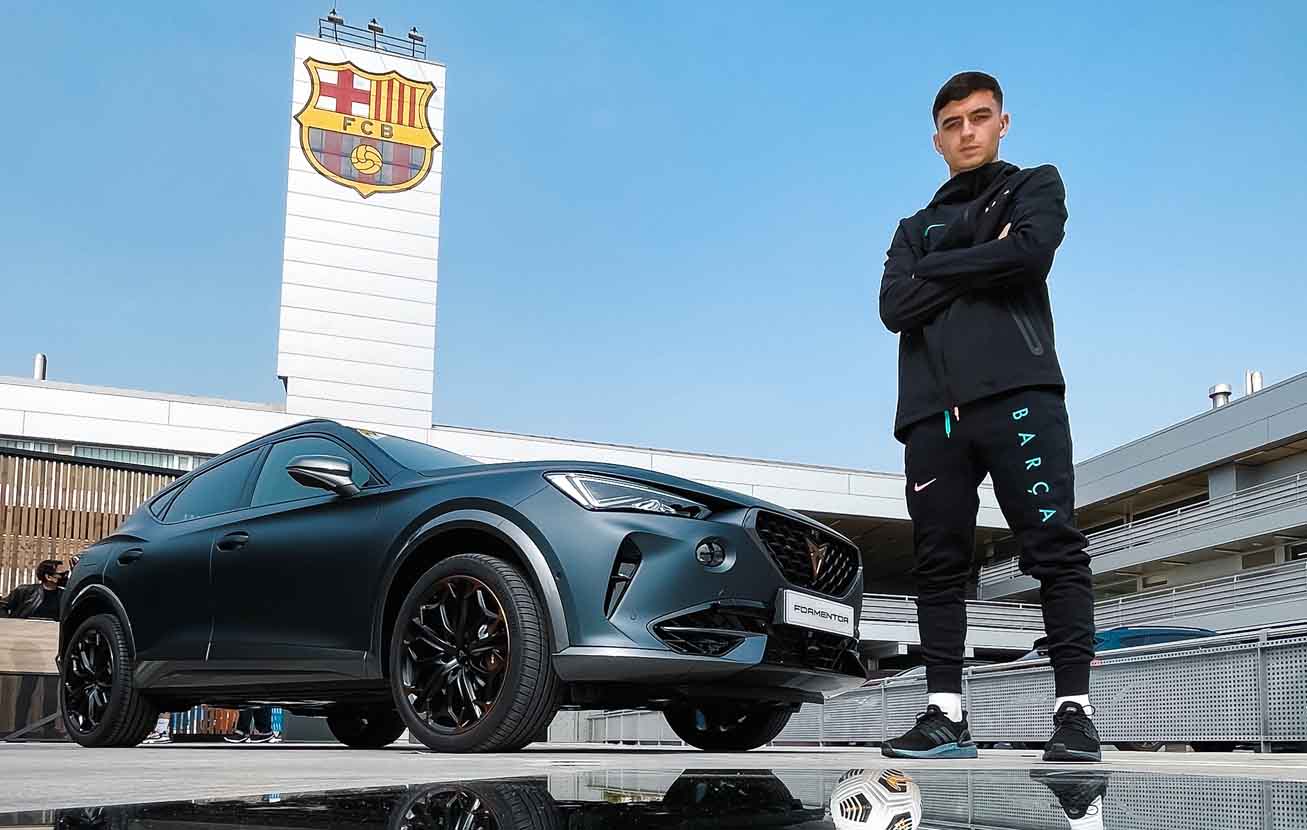 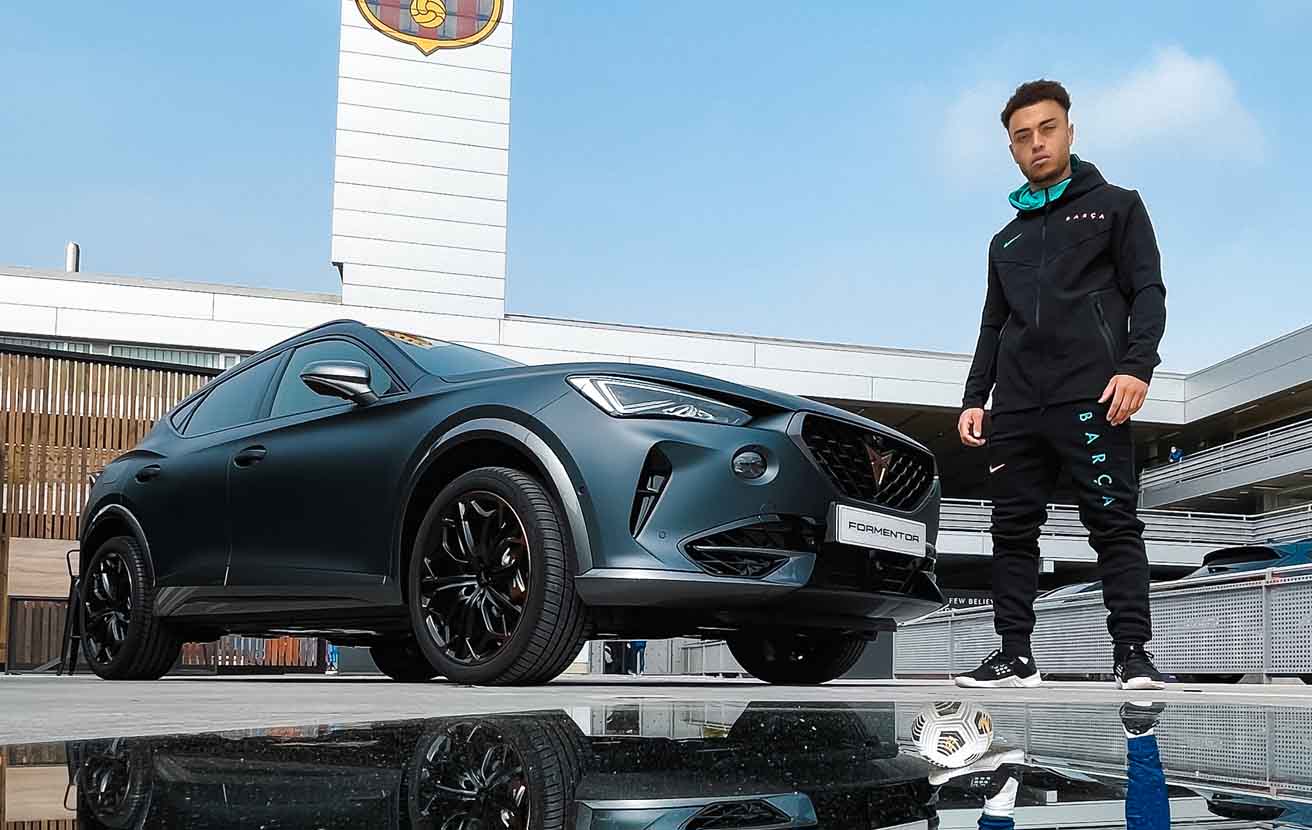 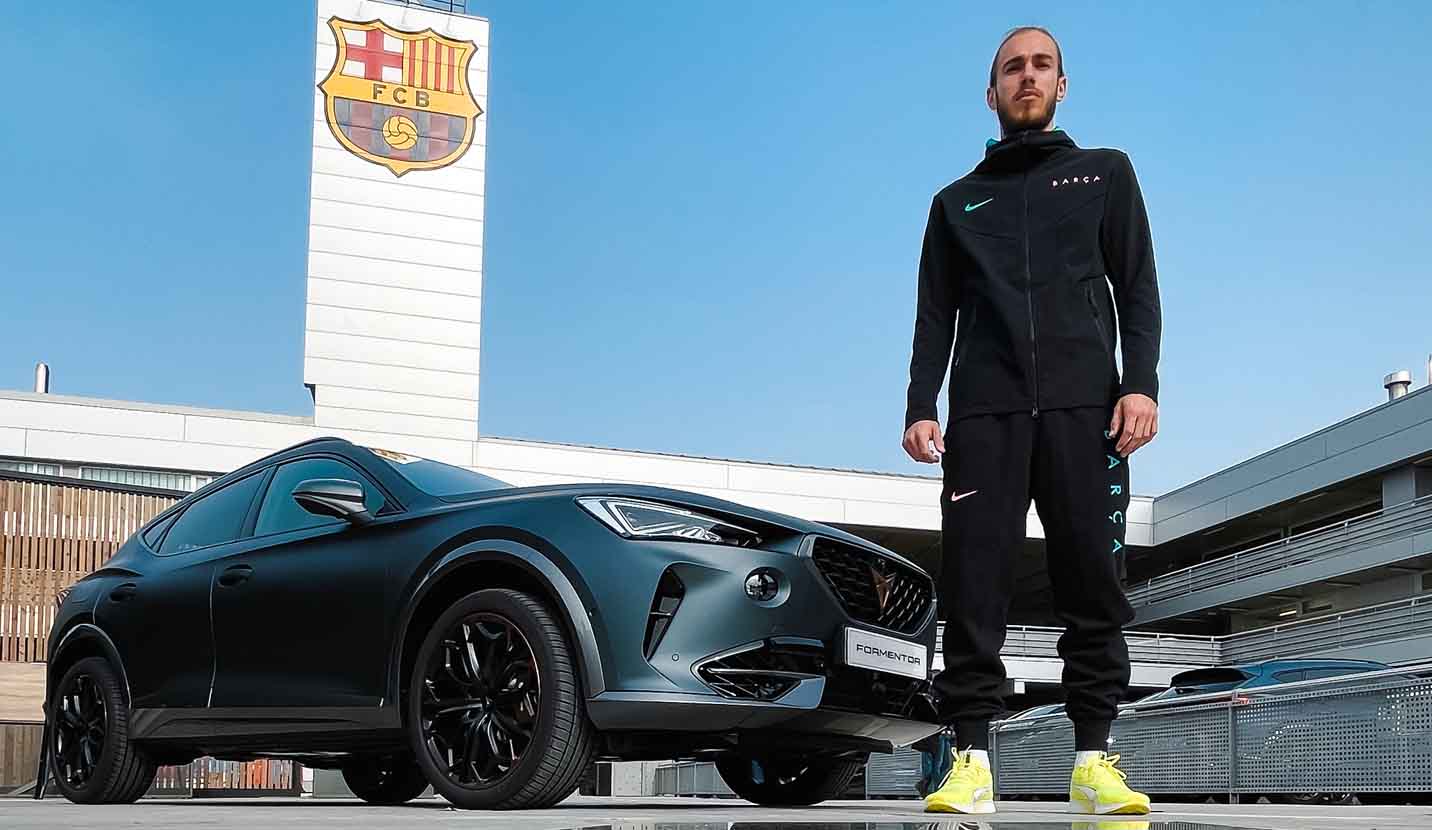 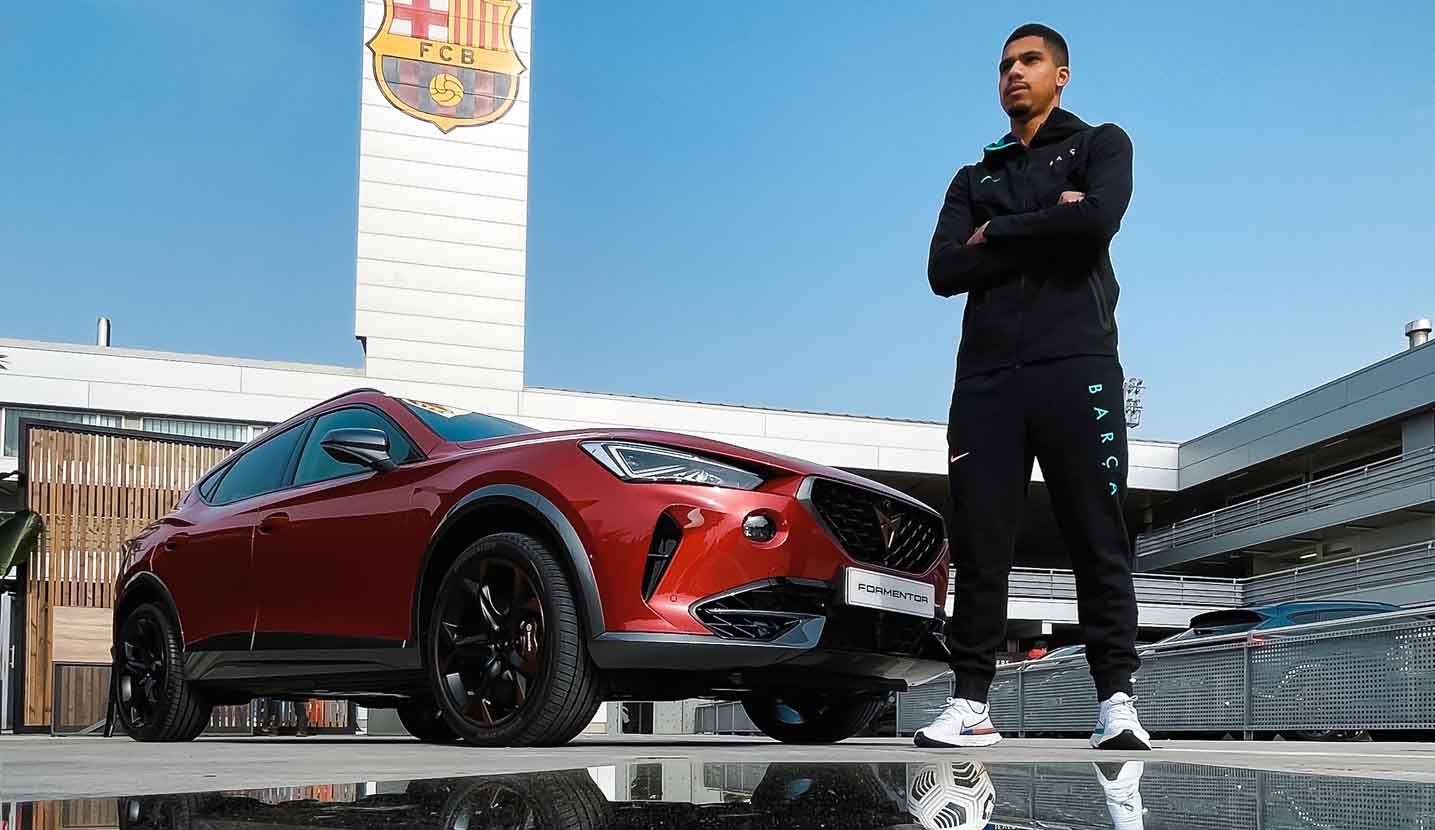 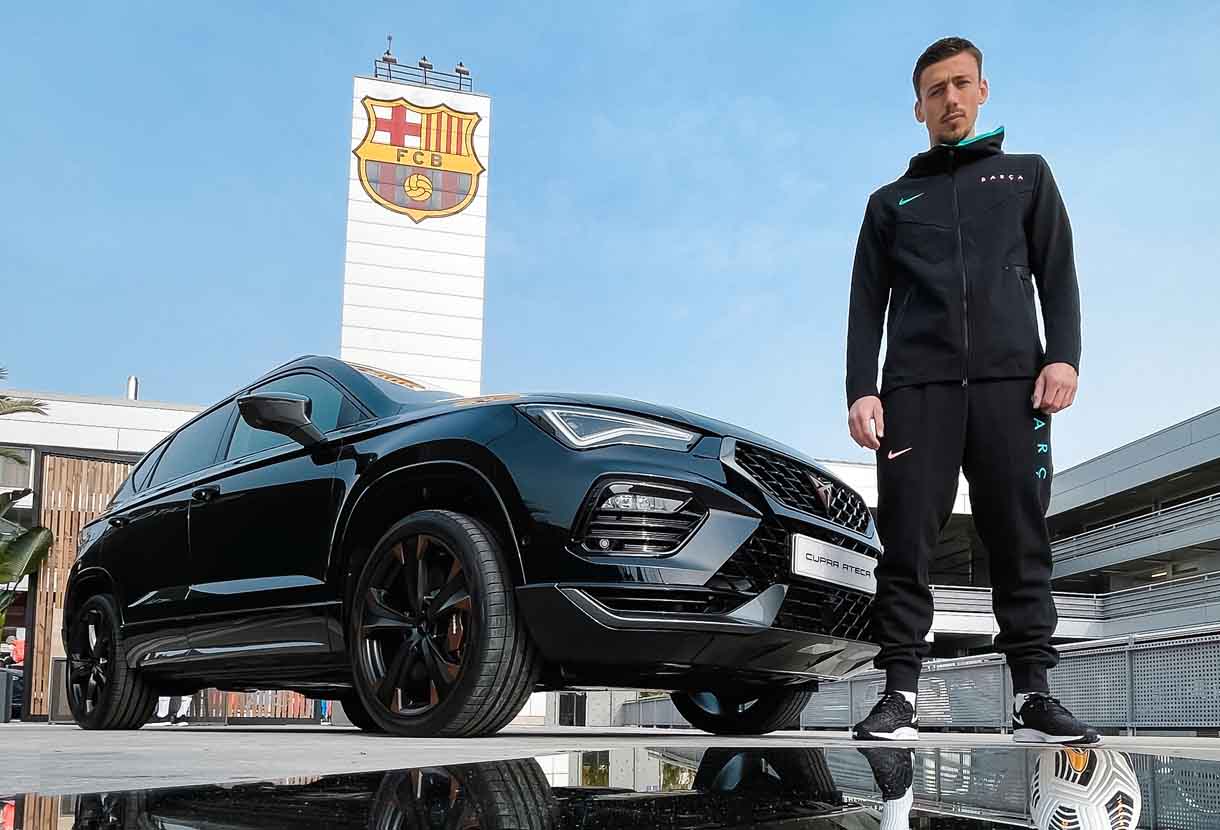 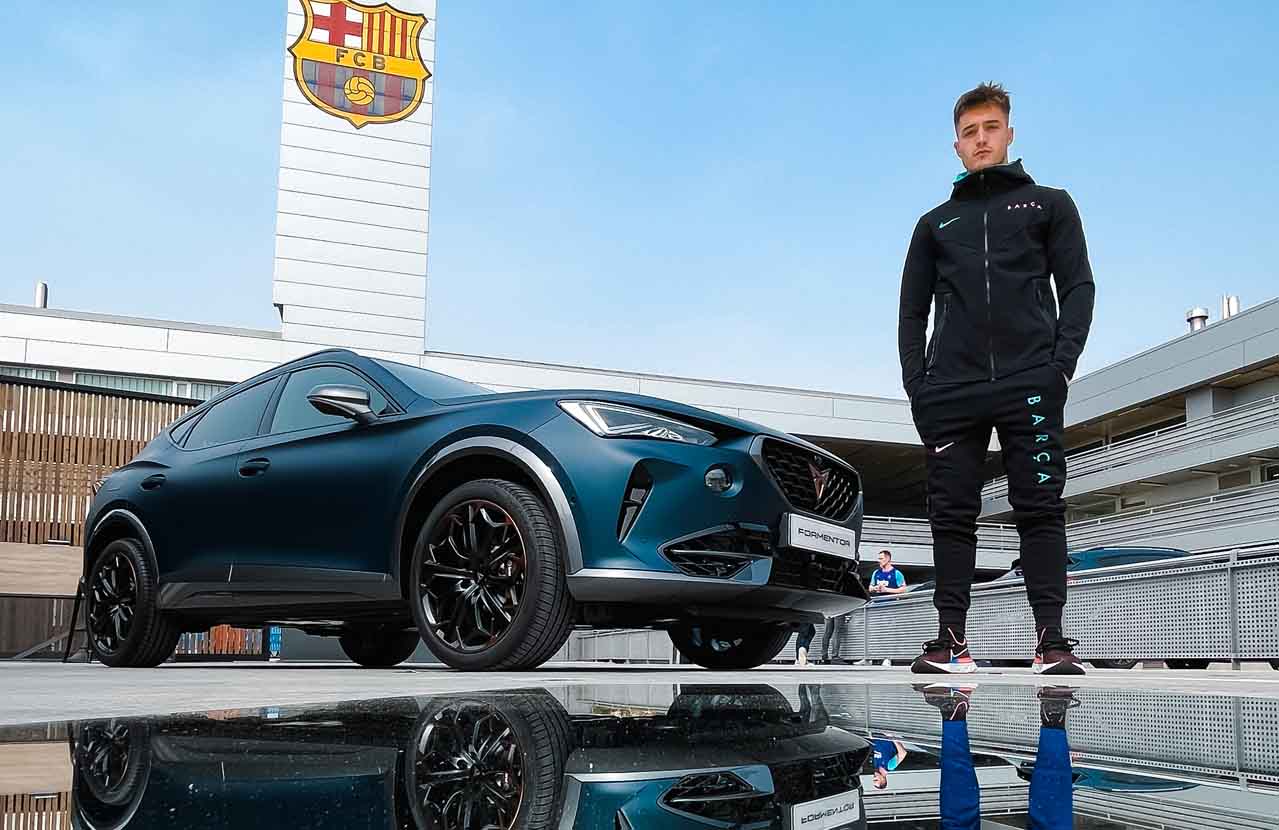