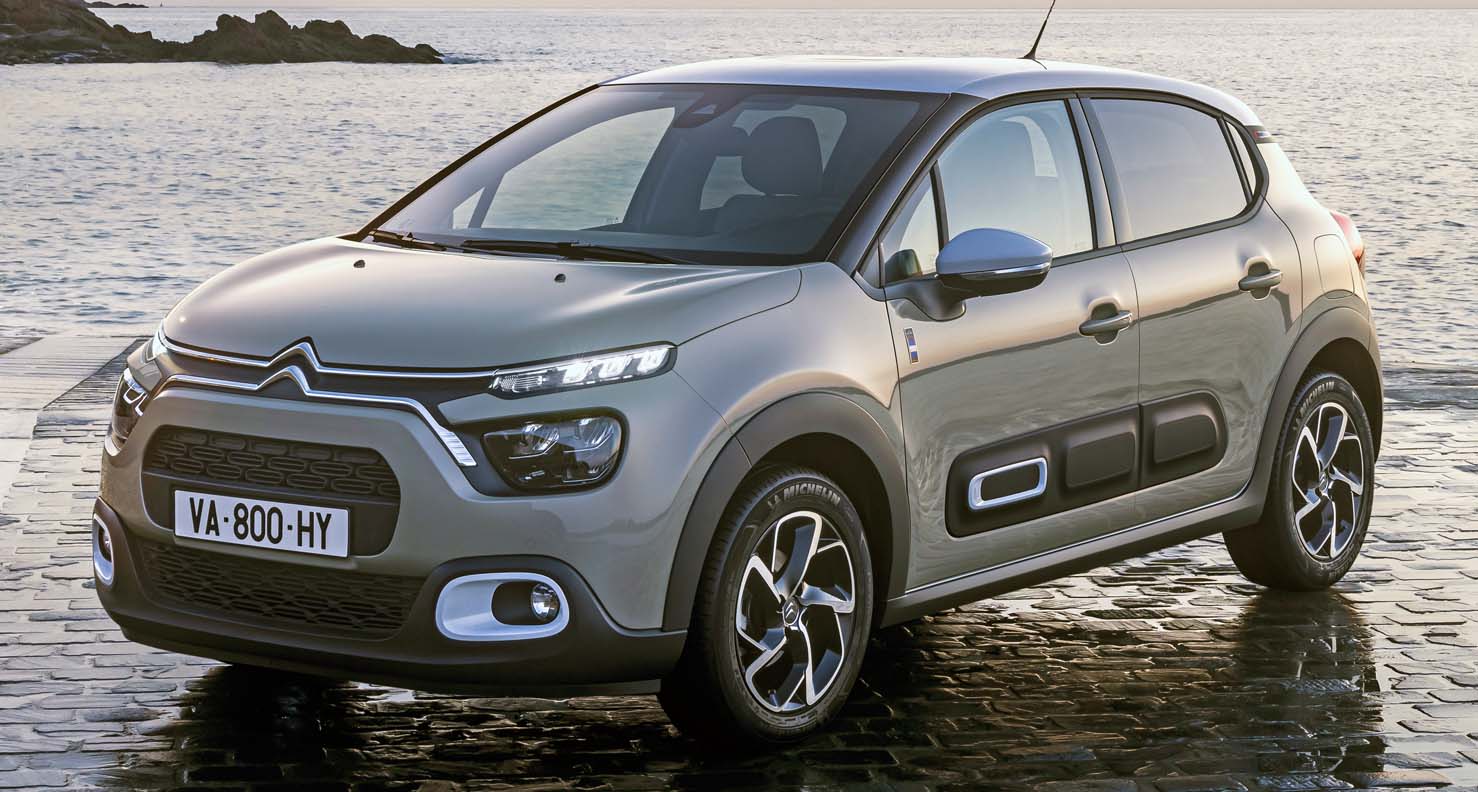 C3 SAINT JAMES: THE STORY OF A MEETING

BIRTH OF A COMMON ADVENTURE IN JAPAN IN 2019

2019 marks the beginning of a human adventure and a beautiful encounter based on common values, which will result in a local collaboration. Citroën and Saint James is the union of two centenaries heritages guided by a common vision of French know-how and expertise, accessible to all. The two brands have always been committed to the values of independence, freedom and openness to the world, and it was in Japan that they met. Driven by their taste for discovery and their desire to promote their French colours in Japan, they naturally decided to collaborate on an exclusive limited edition of 350 units on C3, which has been a great success both commercially and in terms of image.

STRENGTHENING LINKS IN EUROPE IN 2021

From this first meeting, a solid link was forged between these two French brands that have so much to share. “Born from the sea” in 1889 in the town of Saint James near Mont Saint Michel, the emblem of French fashion and heir to ancestral know-how, the Saint James brand offers a “casual chic” marine style, a range which extends from the traditional marinière sailor’s jacket to reefer jackets and includes trousers or shirts. It promotes technical, quality and contemporary products that offer maximum comfort to their wearers. These are values that are fully shared by the Citroën brand, which has also been using people, creativity and innovation to develop its products for over 100 years.

Following the success of their first experience in Japan, the two brands have decided to work together around the C3 by extending their exploratory scope to the international market. The C3 Saint James limited edition will be available in France (including French overseas departments and territories), the United Kingdom, Germany, the Netherlands and Japan for its grand return.

COLLABORATION ON THE C3, THE VERSATILE AND TRENDY CITY CAR

The Citroën C3 is Citroën’s best-seller worldwide. A versatile city car, symbol of “love at first sight”, the third-generation Citroën C3, currently on sale, has a number of assets that have won over more than a million customers worldwide since its launch. Immediately recognisable, C3 has a singular attitude, a distinctive graphic signature, and a truly unique morphology in a highly stereotyped market. With its full, muscular shape rather than taut lines and balanced proportions, the C3 is full of energy and ready to pounce. The C3 is a modern, protective city car with a colourful personality and unrivalled comfort.

This unique, highly customisable design makes it an extraordinary medium for two brands that claim to offer products that make everyday life easier with style and practicality. C3 Saint James is for people of all ages who live life on the move, in an optimistic frame of mind, on the lookout for trends, in search of fashion and design. 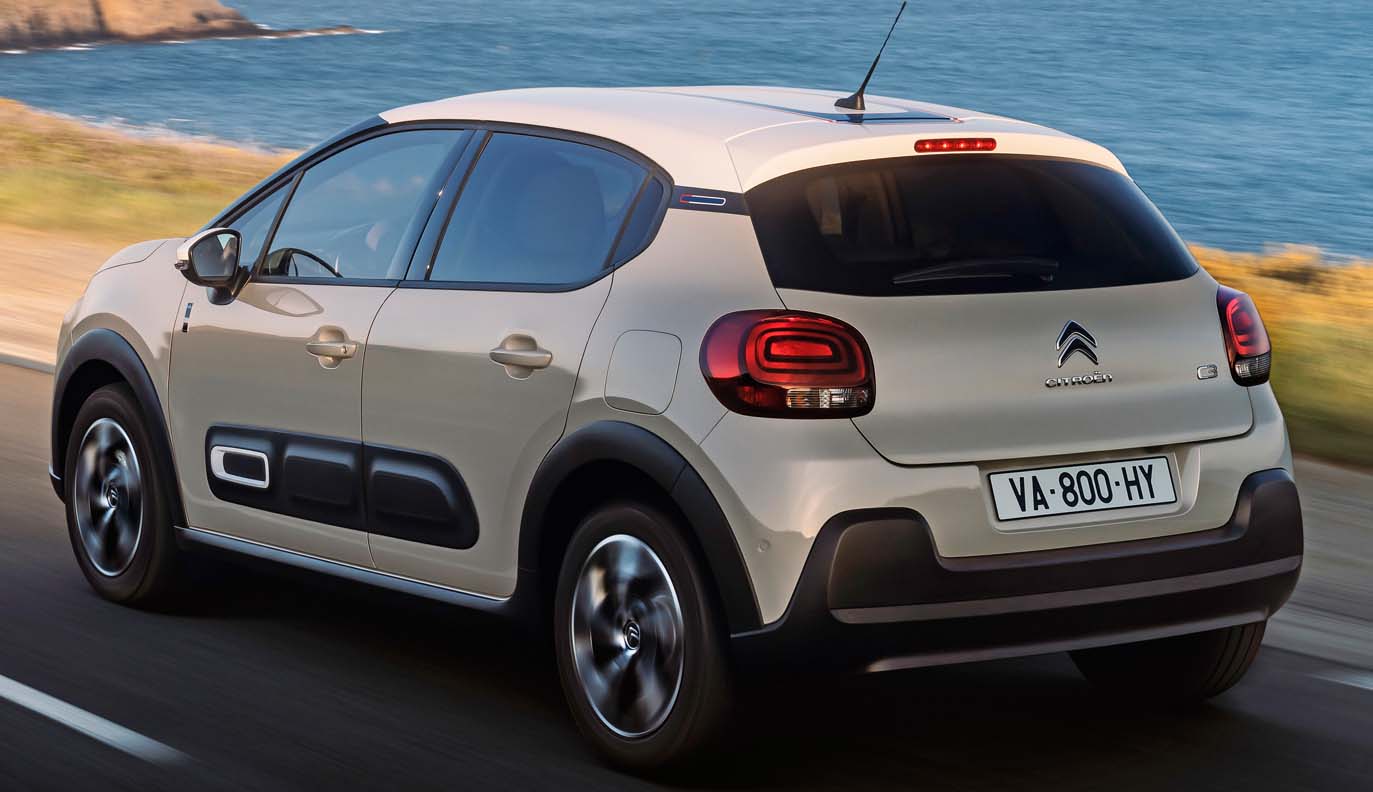 The Citroën C3 can be personalised at will and is an extraordinary playground for the styling departments of the two brands, which have had the opportunity to share their know-how and creativity to develop this exclusive series.

Based on the top-of-the-range Shine level, the Saint James limited edition is offered with a two-tone roof (black or white), combined with the White Colour Pack. To suit everyone’s taste, C3 Saint James is available in all C3 body colours (Elixir Red, Perla Nera Black, Steel Grey, Platinum Grey and Polar White) except Spring Blue. It is also equipped with 16” Hellix Diamond Cut alloy wheels to enhance its character.

The C3 Saint James is immediately recognisable by its blue, white and red roof sticker, signed Saint James. This design is full of character and encircles the roof capsule which enlivens the roof and gives the model its identity. The Saint James signature can also be found under each rear-view mirror via an exclusive metal plate badge in the spirit of the blue-white-red pattern, associated with the famous Saint James logo. The limited edition also features a specific rear window sticker in the colours of the Normandy brand, which also matches the roof sticker. All these subtle details, inspired by the universe of Saint James, emphasize the C3 silhouette.

Inside this limited edition, C3 offers a specific Saint James ambience, reflecting the expertise of both brands. It offers its occupants the very best in on-board comfort with the adoption of Advanced Comfort seats, which offer a specific design for an unequalled feeling of well-being. These armchairs are upholstered in grey. A decorative chevron band labelled Saint James on the upper part of the seatback, and red stitching above the band evokes woollen bobbins and the signature stripe of the famous marinière sailor’s jacket, bringing energy to the ensemble.

A truly fashionable touch is provided by this decorative band that could be found on the elbow patches of Normandy jumpers. This limited edition dresses the seats from head to toe with white stitching that stands out on the lower part of the seat and echoes the outline of the Saint James specific upholstery. The white stitching is also found on the dashboard, which, along with the chrome contours of the gear lever, adds an extra touch of refinement. The interior also features a decorative blue and red door strap with a Saint James push-button on the driver’s door panel, as well as a plaque under the gear lever with the Saint James logo, which is inseparable from Mont Saint-Michel.

C3 makes no compromises with on-board comfort, allowing its customers to feel “at home”.

The C3 Saint James features a leather steering wheel (matching the gear knob on the EAT6 gearbox), four electric windows and tinted glass (in addition to all the equipment offered by the Shine level) for an even more seductive driving experience.

C3 offers all the technologies needed to ensure even greater serenity and safety behind the wheel. C3 Saint James benefits from all the driving aids of the Shine level, and makes driving even easier with the addition of the rear view camera. The limited edition therefore includes 12 driving aids that are useful on a daily basis, in addition to its five connectivity technologies, including Citroën Connect Nav on its 7″ touchscreen tablet.

In terms of engines, the C3 Saint James is equipped with high-performance, efficient, latest-generation petrol engines, approved to the Euro 6d emission standard:

Available to order in France on 1st June, the C3 Saint James limited edition will arrive in Citroën point of sales in September 2021. 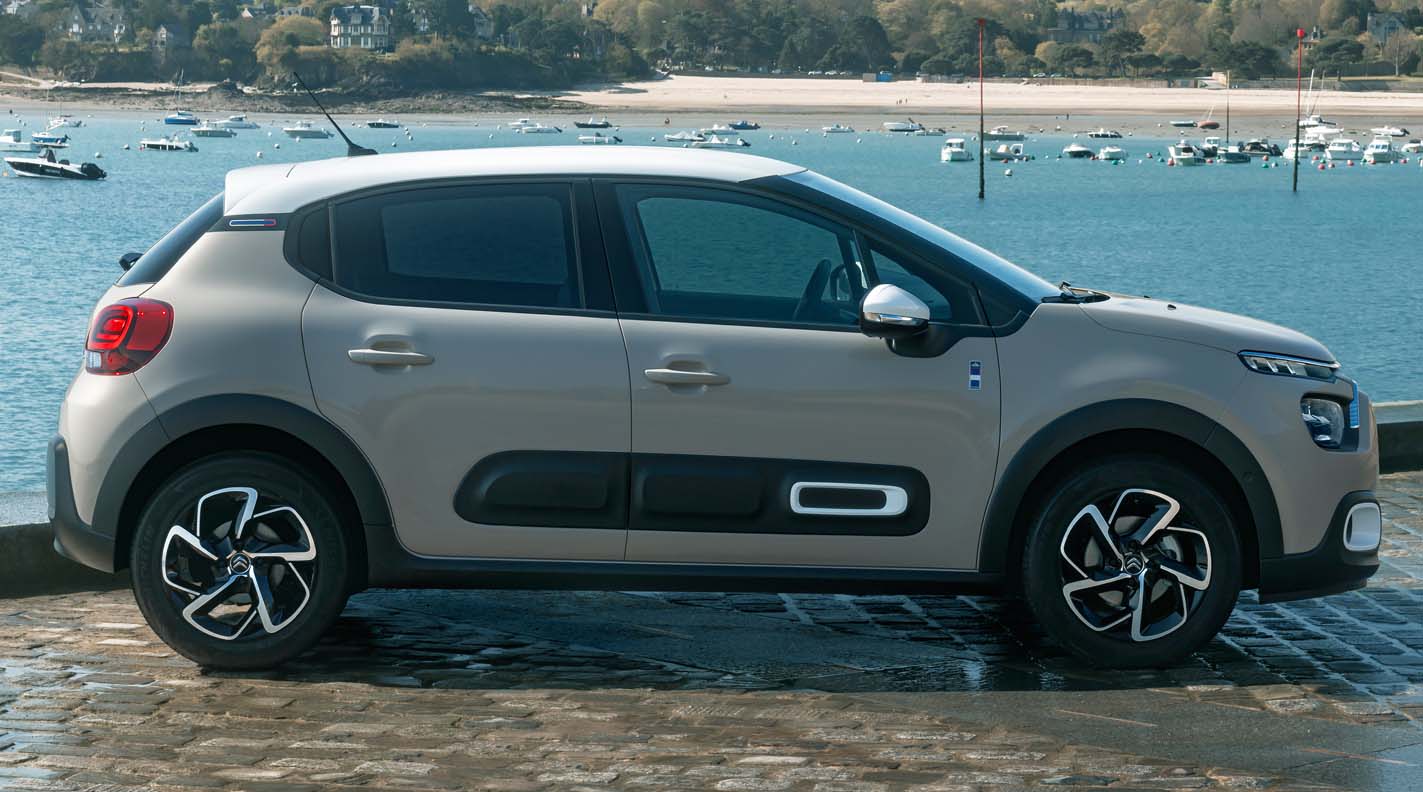 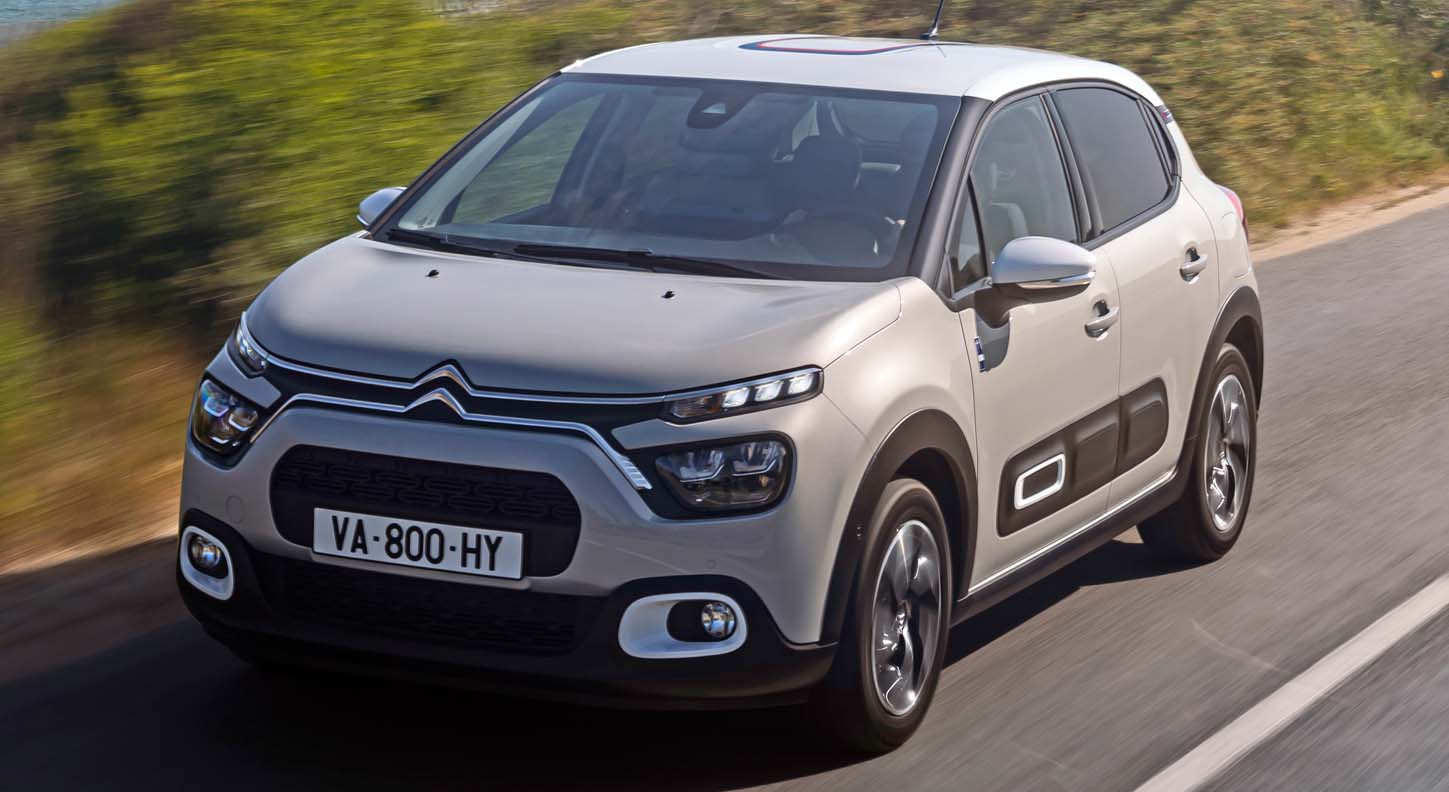 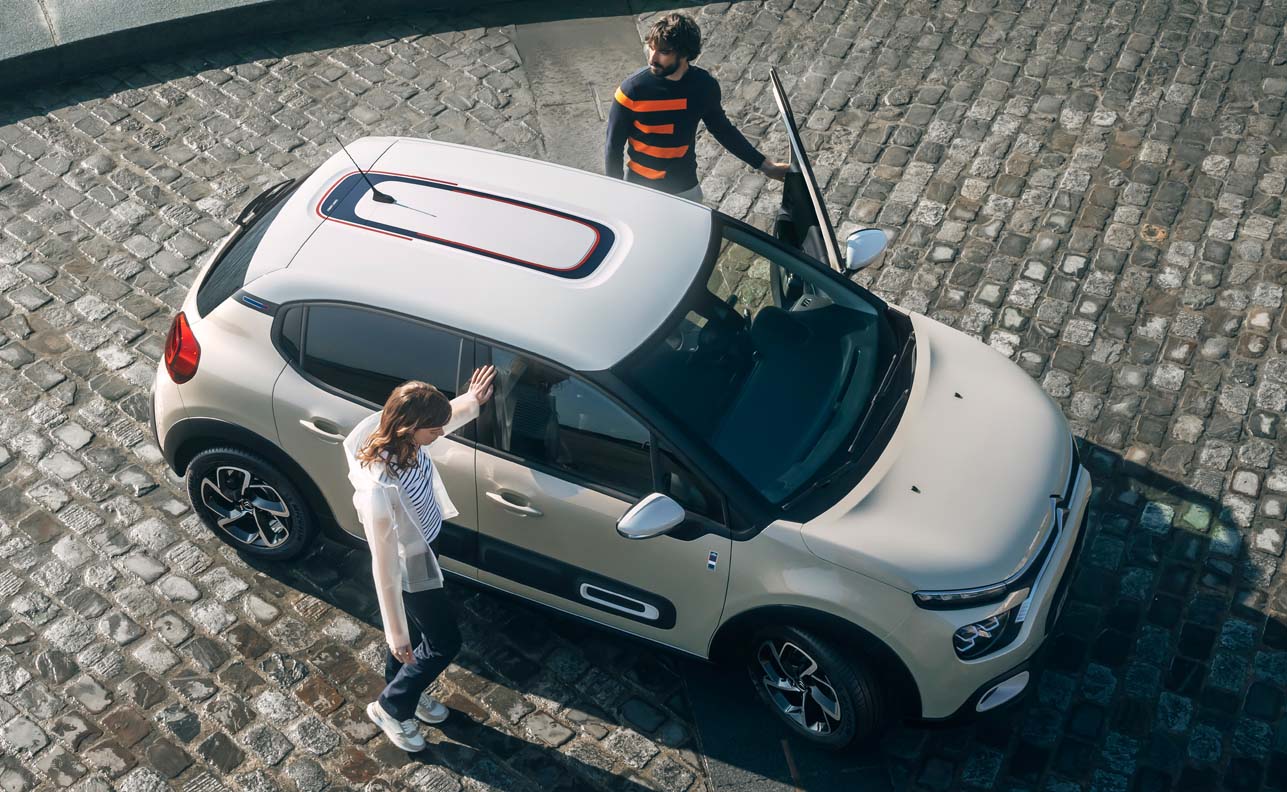 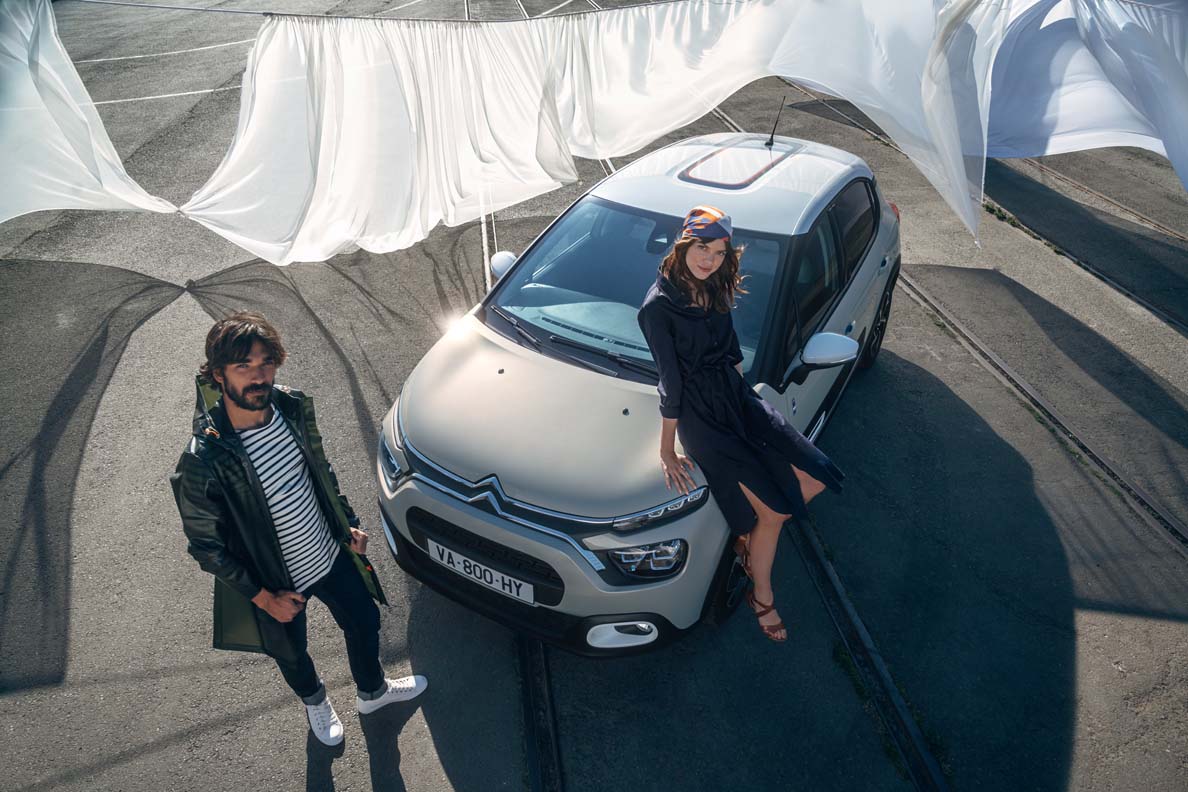 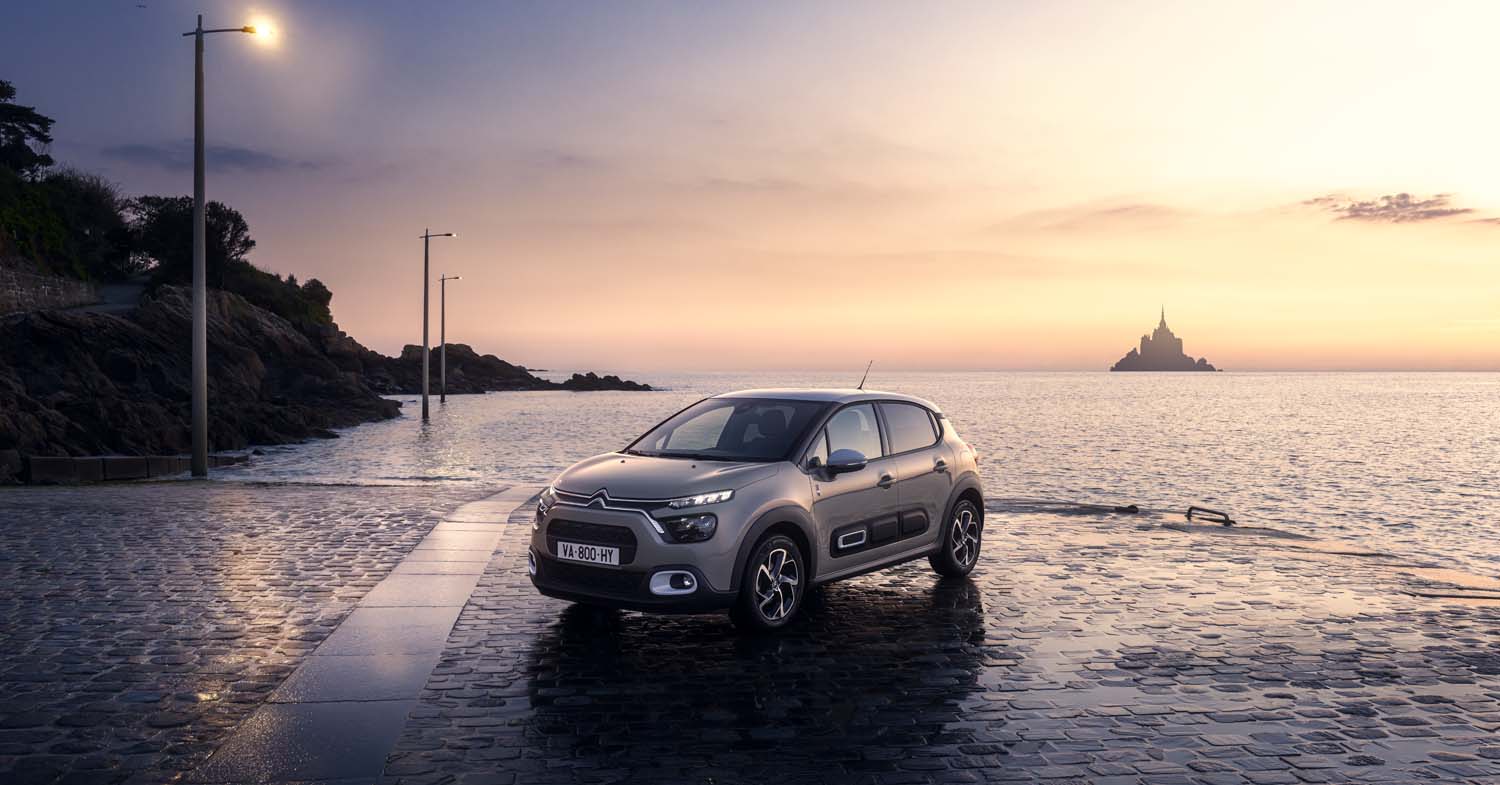 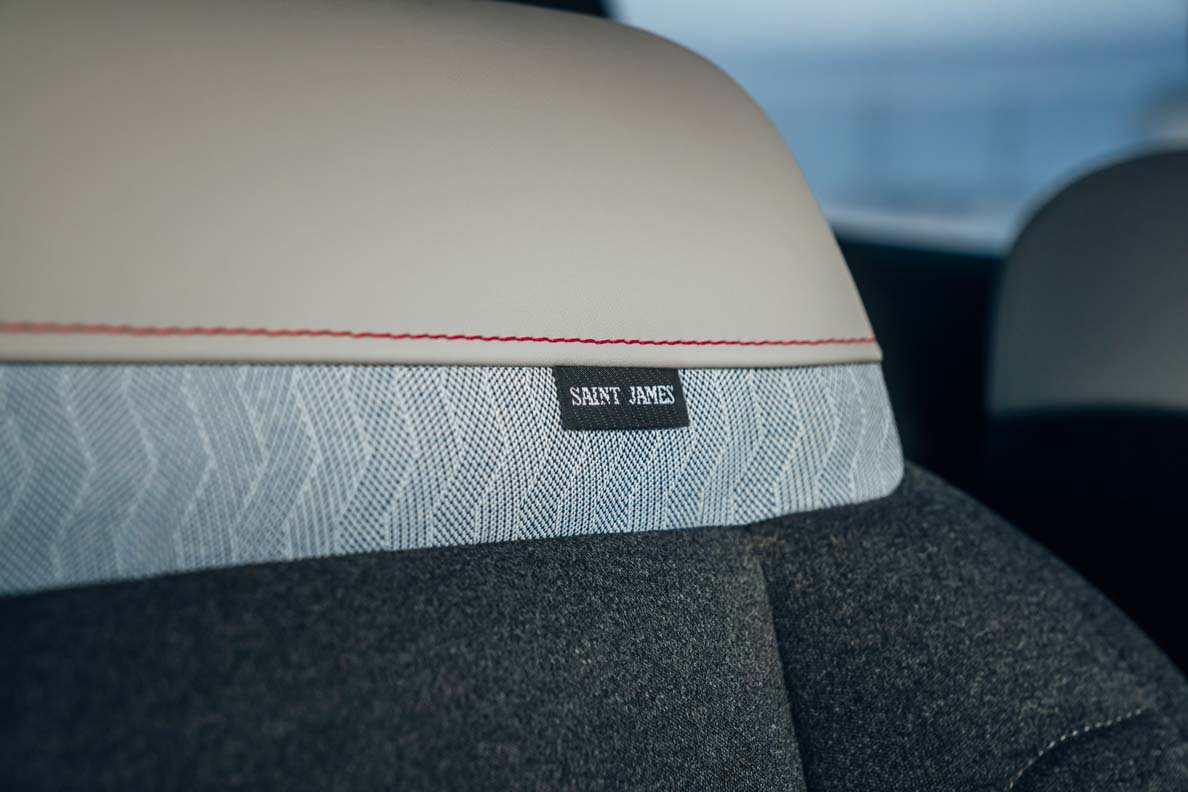 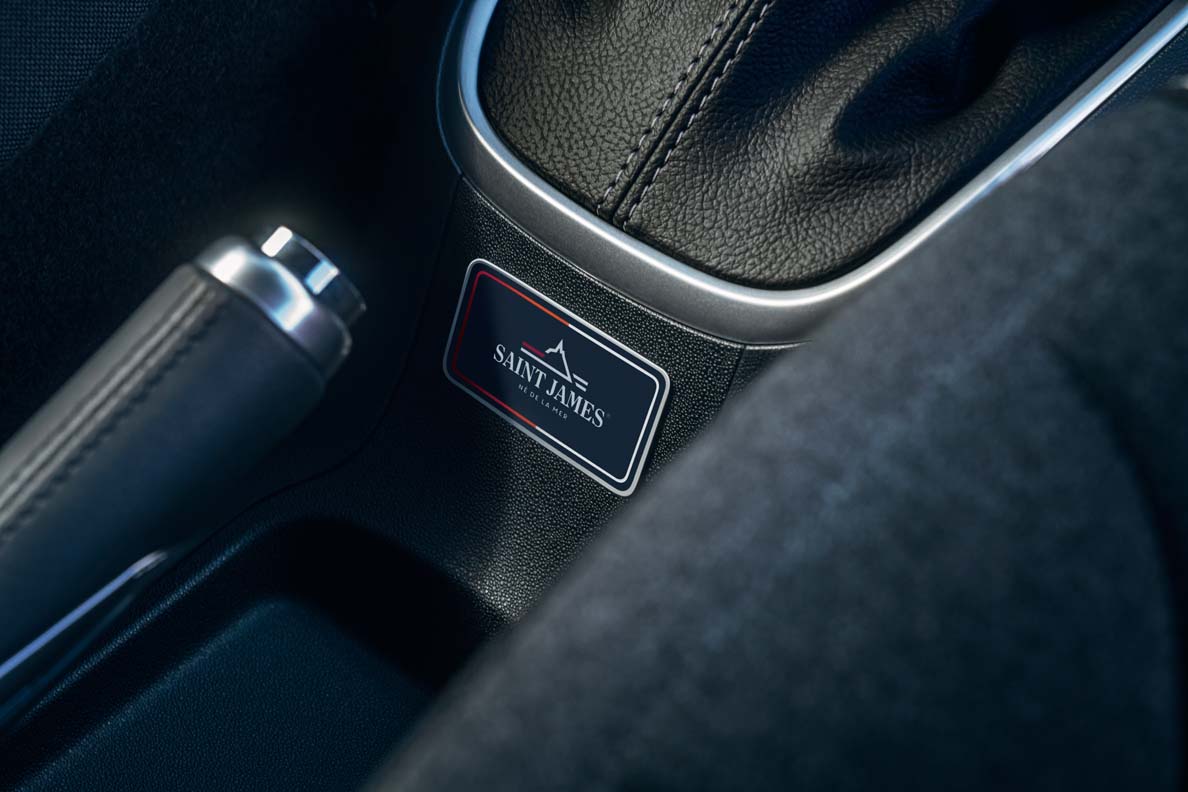 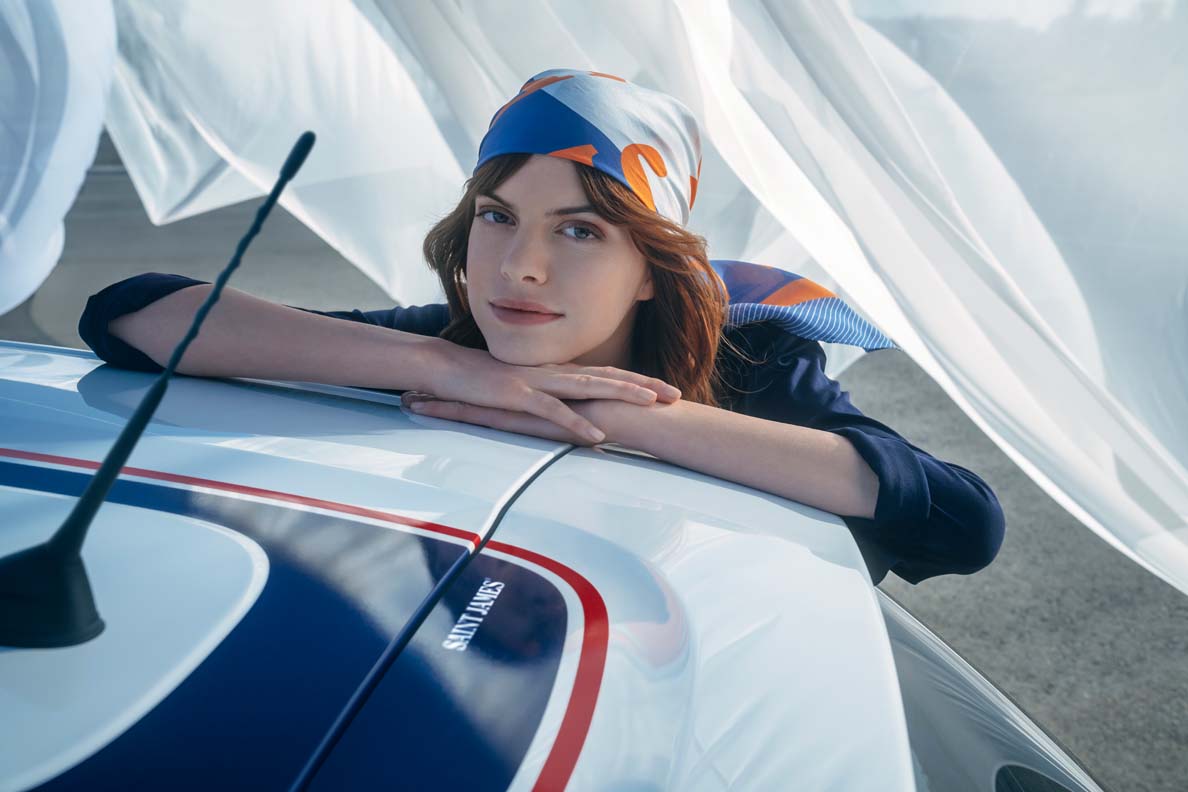 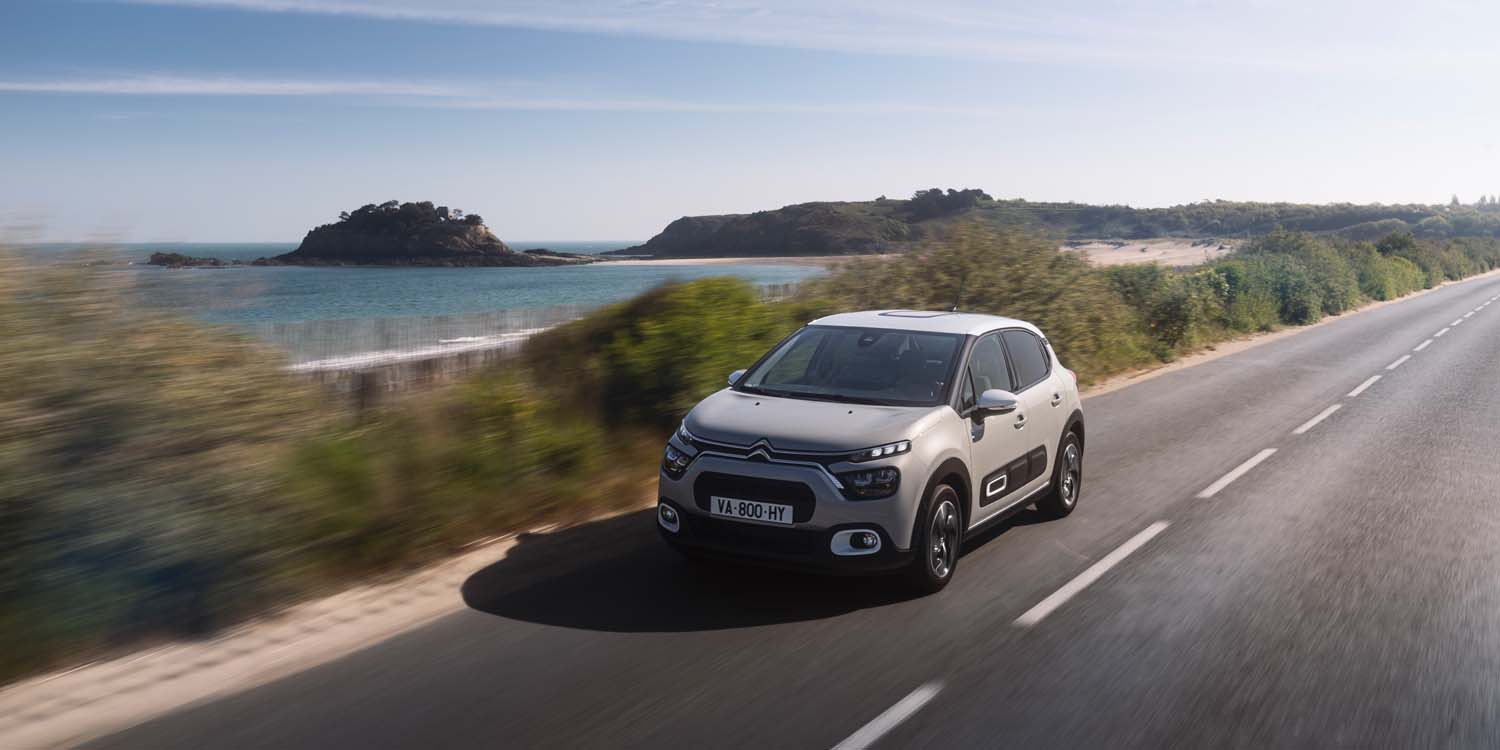 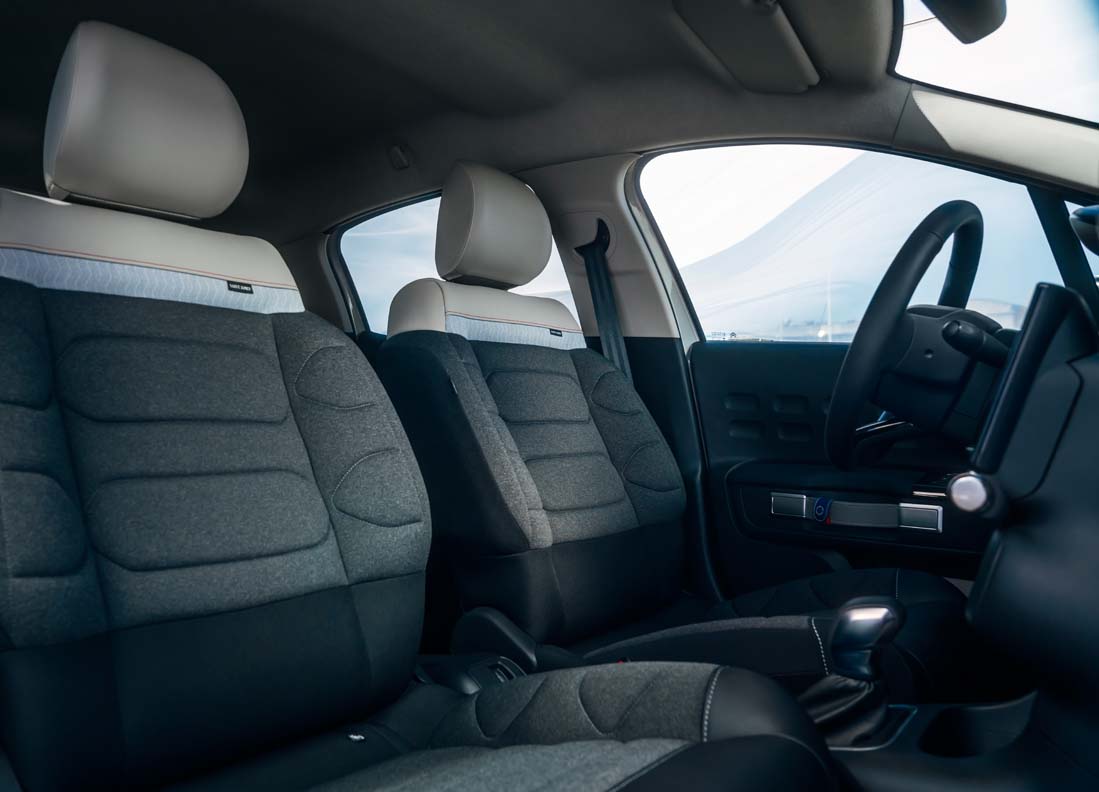 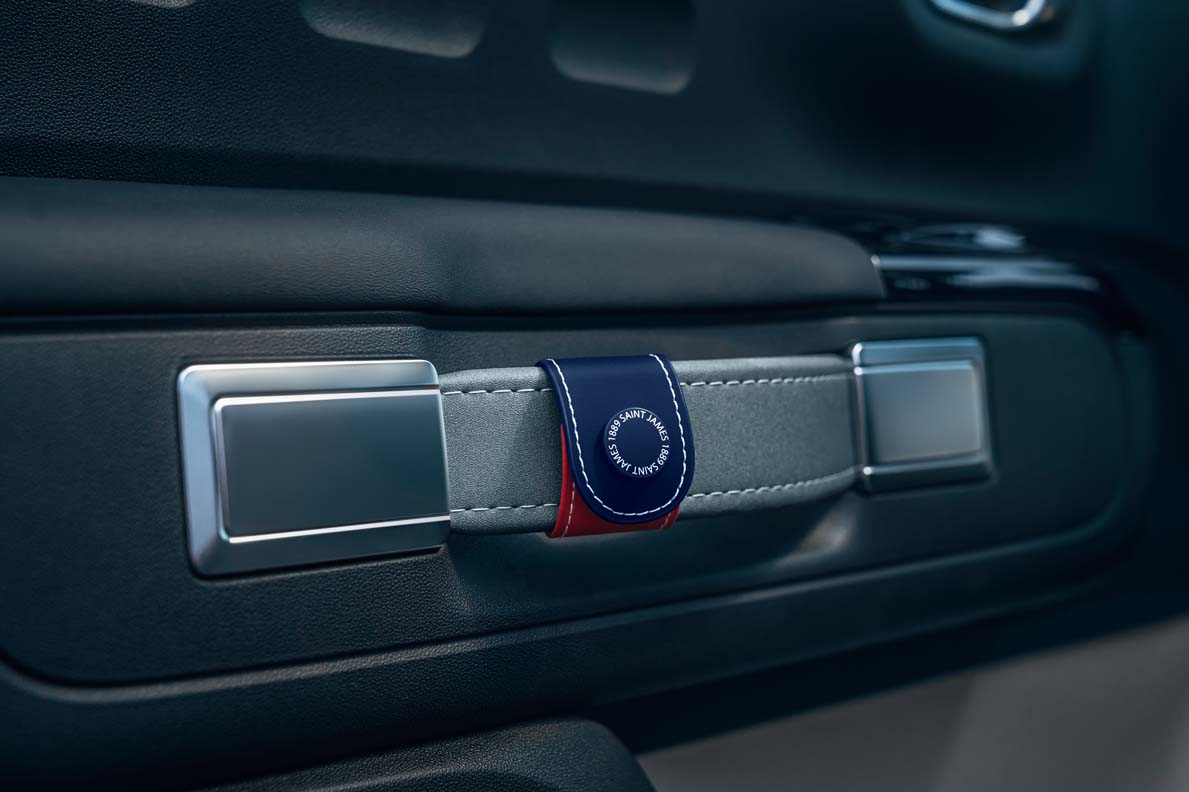 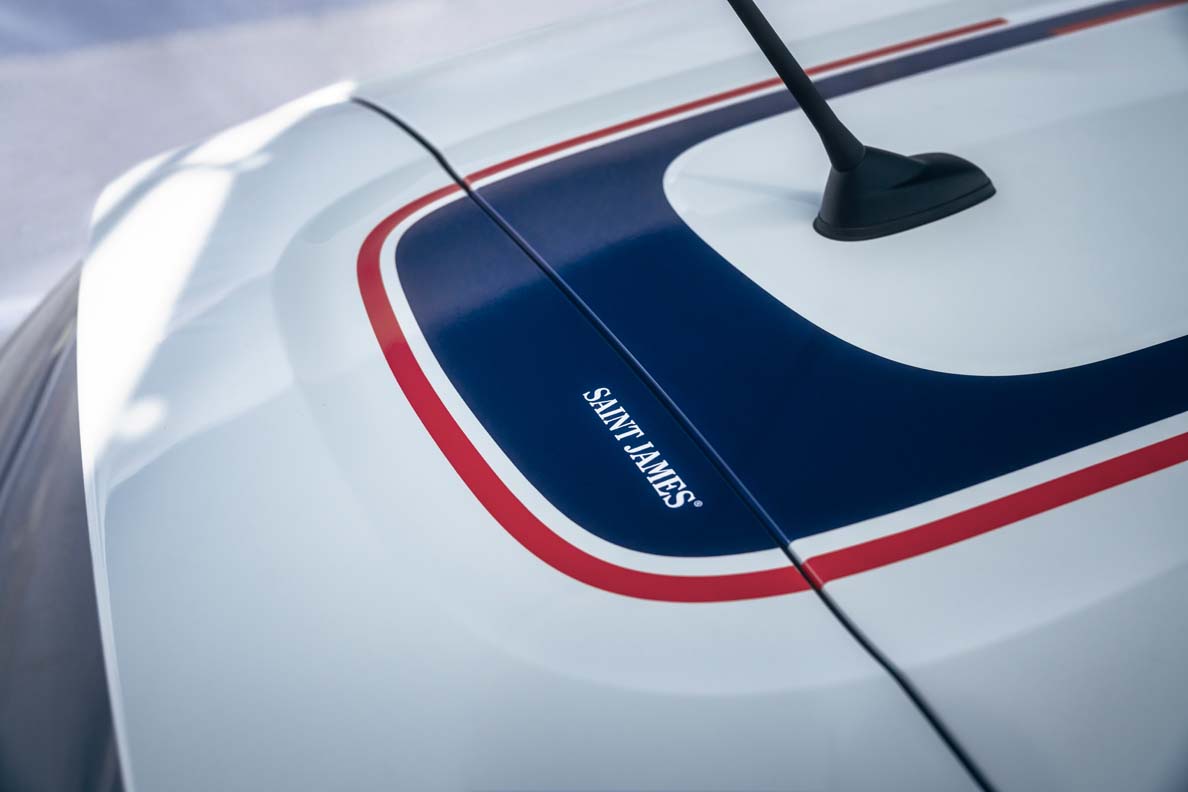 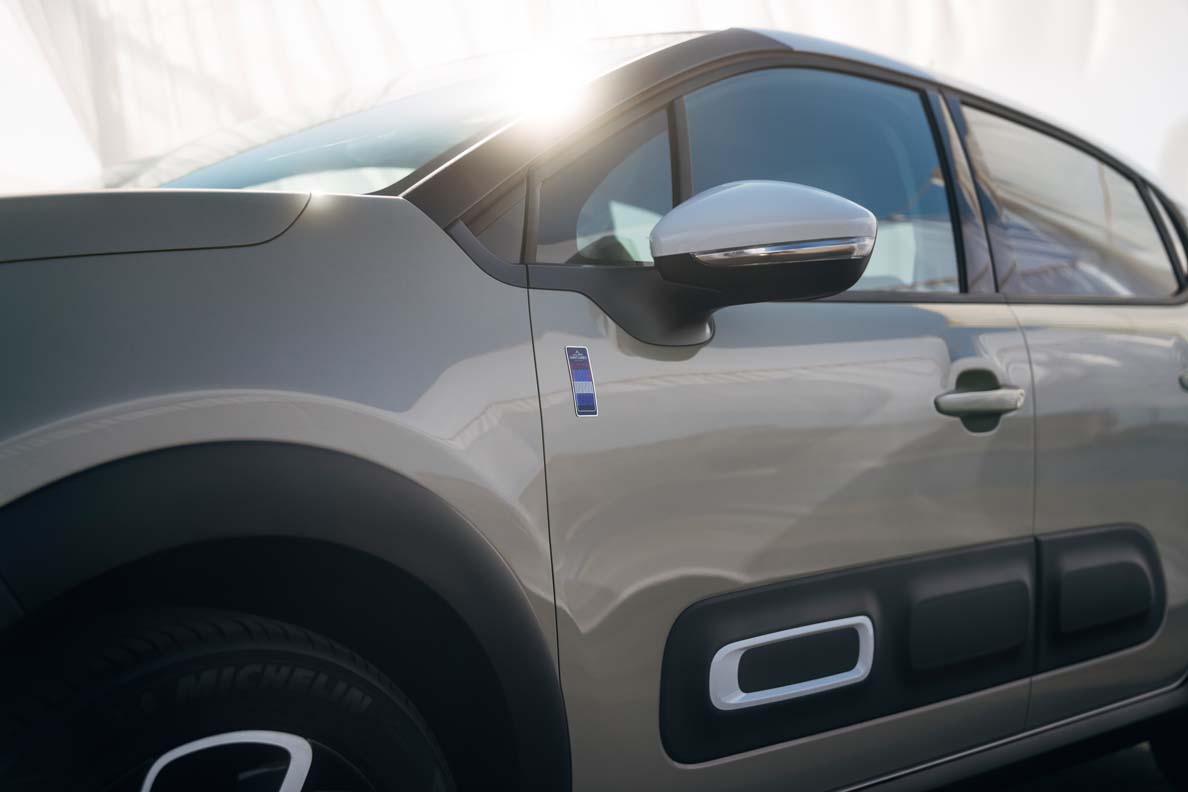 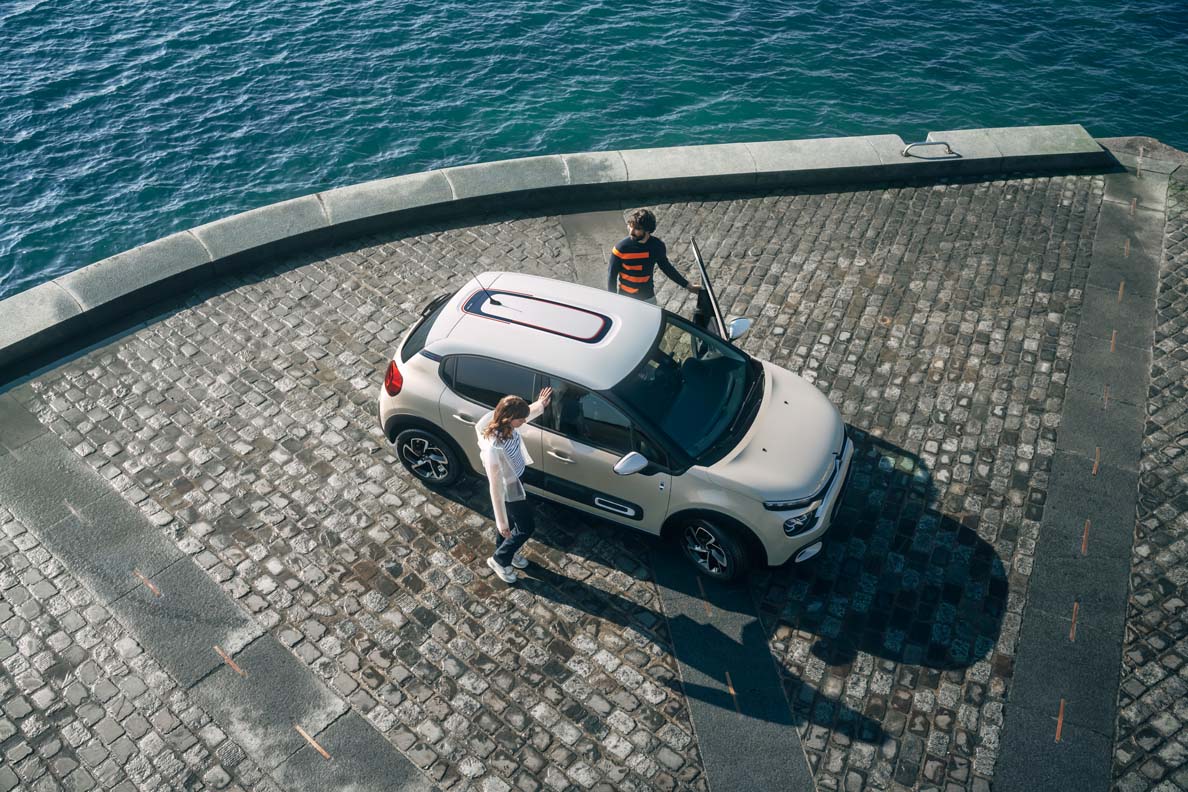 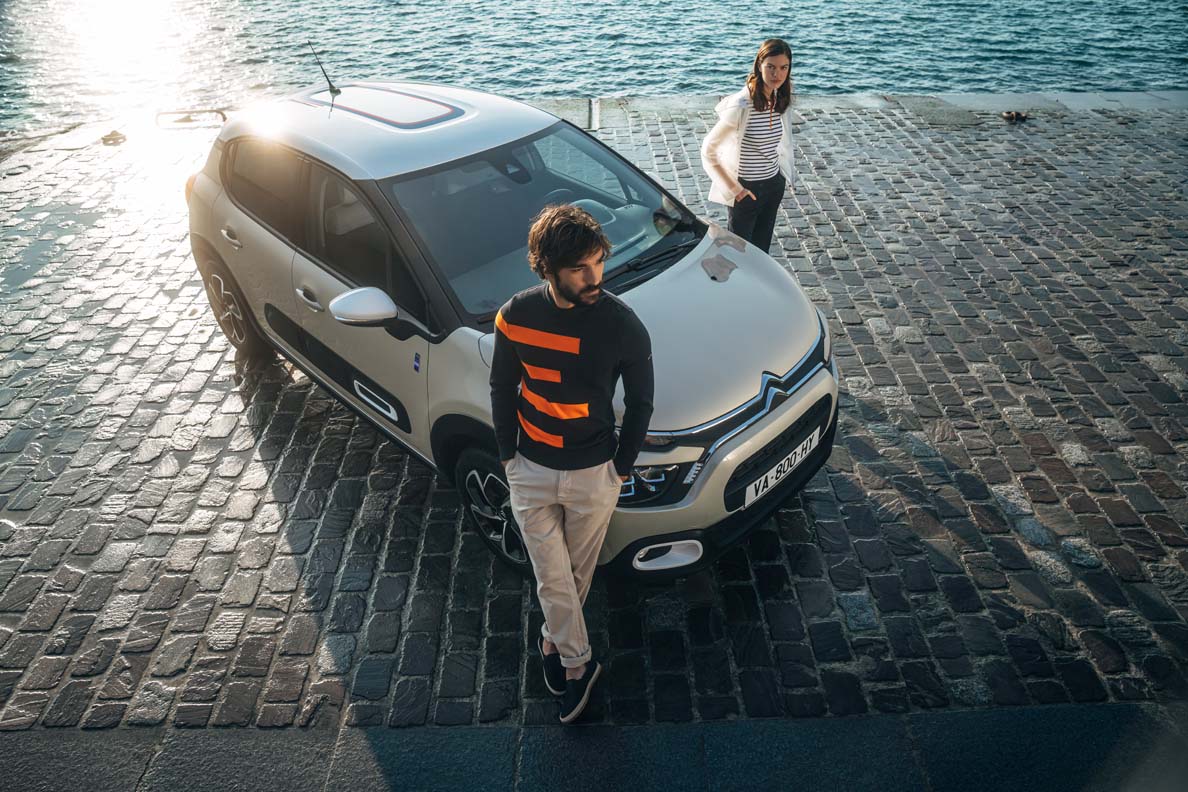 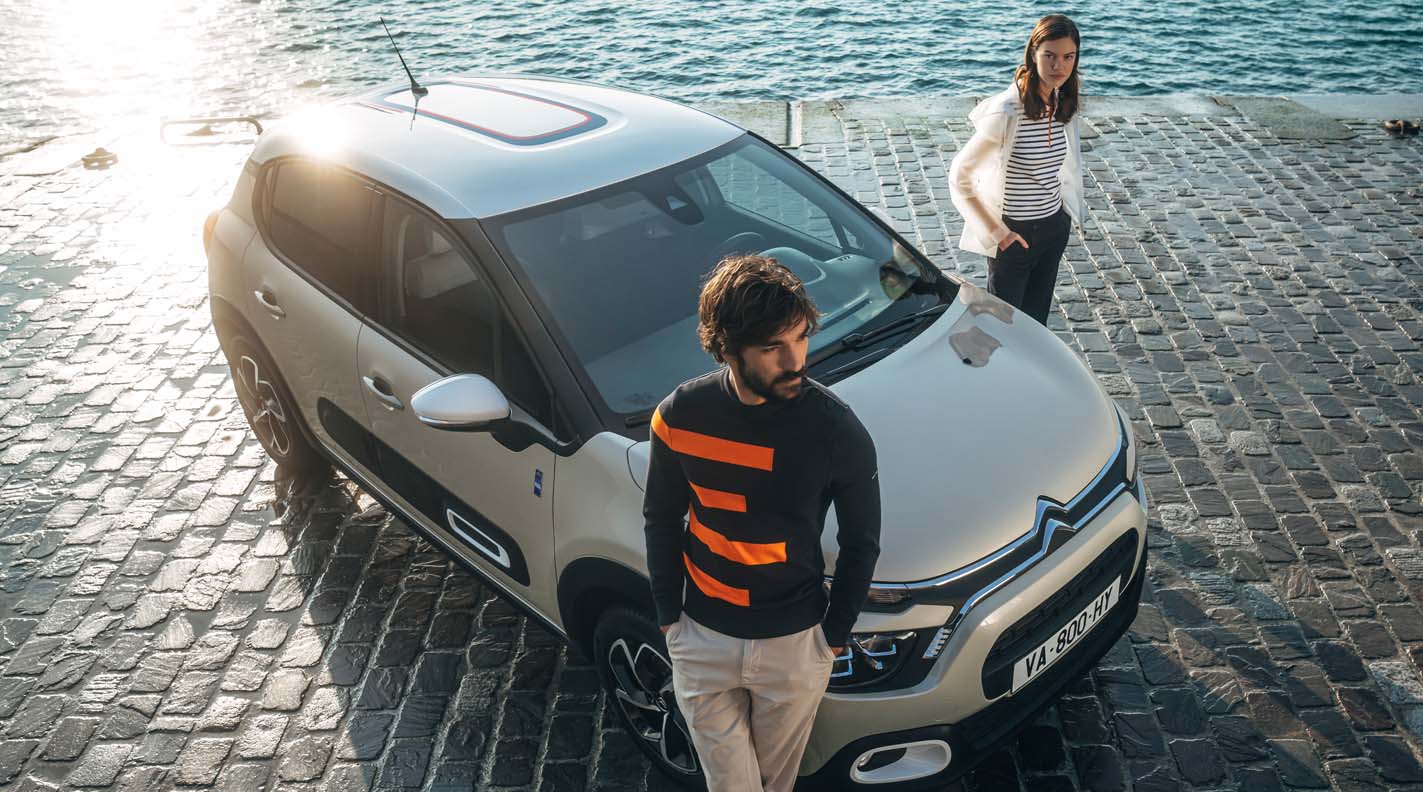 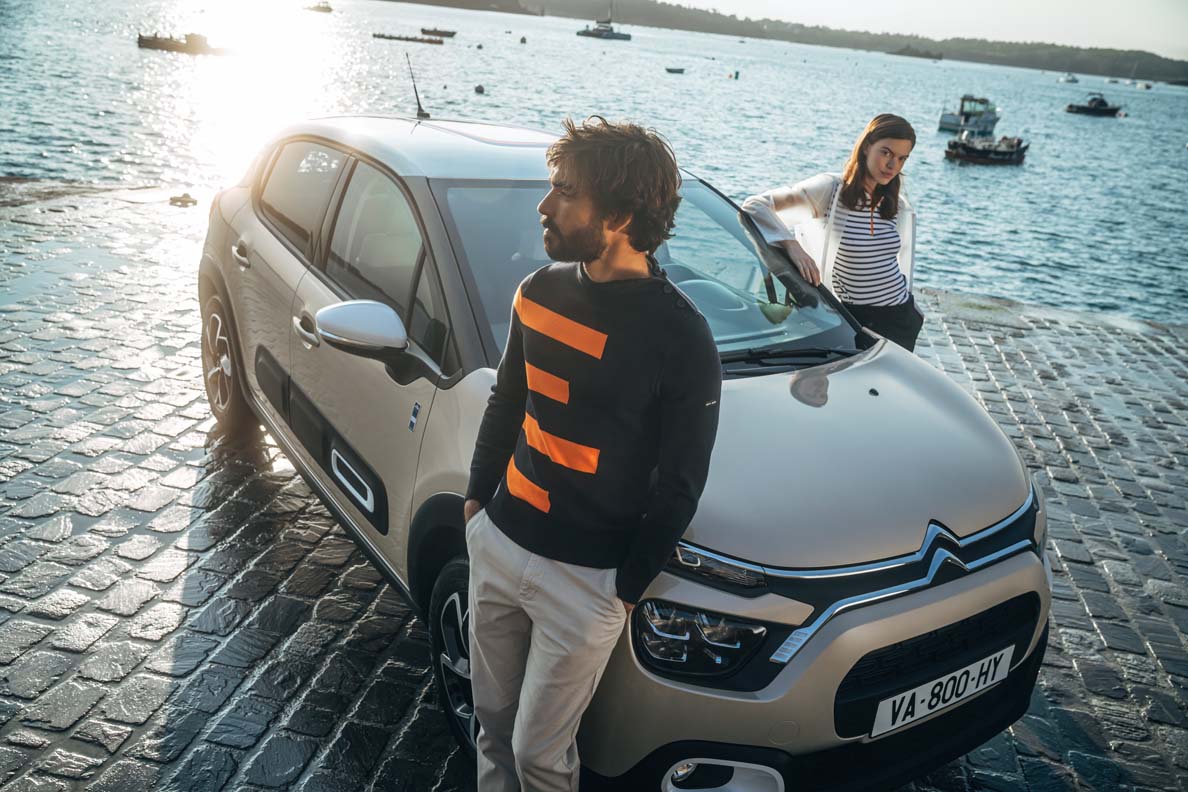