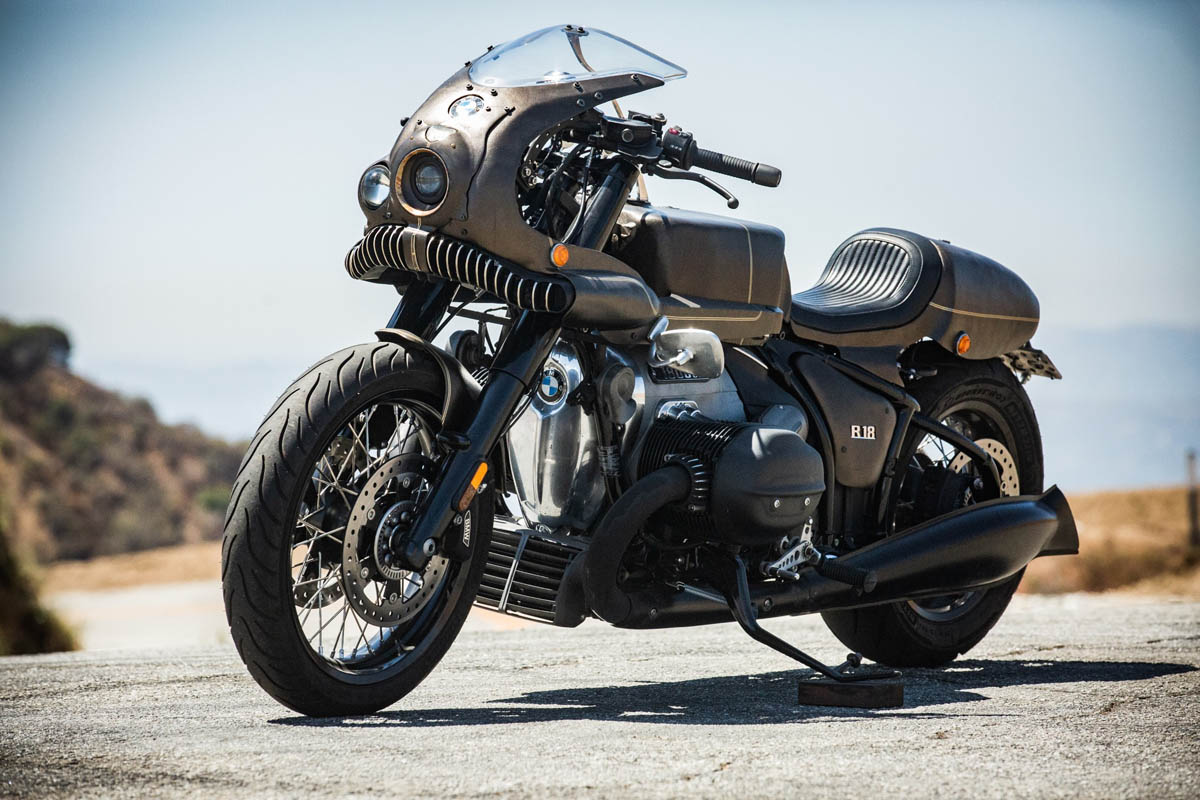 Unique, different and yet completely BMW R 18 – that’s “The Wal”, the latest creation by Japanese customizer Shinya Kimura. After Roland Sands and Dirk Oehlerking, Kimura is the third customizer to transform the R 18 into an extraordinary unique specimen for the “SoulFuel” series. “SoulFuel” is a collaboration between BMW Motorrad and selected customizers.

Until recently, Shinya Kimura worked mainly on older motorcycles, but the Japanese customizer is increasingly also devoting himself to projects involving modern bikes.

“The Wal” is one of them. “The basis is the R 18, powered by the latest and greatest engine I have ever worked on. It all started with a visit to the BMW Motorrad R 18 development team in Germany. I got to know the unbounded passion and innovative power that prevails at BMW Motorrad. Finally, in February 2021 in California, I rode the standard R 18 for a few hundred kilometres to get to know the character of the bike. Following a whole series of conversations, this eventually led to my personal interpretation of the R 18, in which I applied the entire range of my activities as a customizer,” says Shinya Kimura, recounting the initial phase of “The Wal” project.
Kimura then began work in mid-February and “The Wal” was already built up by the end of June. “But there were still some mechanical problems that kept me busy for another two weeks,” Kimura continues.

Kimura’s motorcycles are created exclusively “hands-on”
Shinya Kimura’s craftsmanship can be aptly described by the term “hands-on”, as there are no sketches, drawings, blueprints or mock-ups during the building process. But there is a precise idea of what the customer, or in this case the customizer, wants.

“I built the R 18 entirely for myself. When I rode the production R 18, I thought it might suit my build and riding preferences better if I designed it to be a little more front-facing with a fairing. I decided to adopt the frame, wheels and tyres as well as suspension elements and brakes because I didn’t feel the need to change them after I had ridden the bike. I also wanted to be able to ride for long distances with my R 18 while feeling and enjoying the legendary boxer engine. It was very important to me to preserve the two characters of the R 18 as I experienced them when riding. Thanks to its mighty engine, the bike is wild and has almost inexhaustible power on the one hand, yet it is completely good-natured on the other. Just like a whale, hence the German animal name for this R 18, which for me is something like a “Sports Endurancer”,” Kimura explains.

The “Sports Endurancer” is unmistakably evident in Kimura’s R 18 “The Wal”. This is ensured by a larger and, completely differently designed fuel tank compared to the original, an elongated, harmoniously rounded seat hump and a half-shell fairing.

“I also moved the foot rests back about two inches to have more flexibility for positioning the legs. At the same time, I lowered the handlebars and changed the seat to my liking. The seat cushion was also designed by me and then handmade by BACKDROP Leathers in Japan. It all added up to the very natural posture that I like,” Kimura continues.

The semi-shell fairing houses two asymmetrically arranged headlights that almost look like eyes and, with a little imagination, actually give Kimura’s R 18 the appearance of a whale together with a “set of teeth” incorporated underneath. The colour scheme and the coarsely textured paintwork also match the theme of “The Wal”. In short: “The Wal” R 18 is an “animal” of a bike. Powerful, mighty, but always good-natured.

“What I like best about my version of the R 18 is that I was able to change the style and seating position to my liking without destroying the excellent original functionality of the R 18. But drastically changing the seating position and adding my own style and taste was a big challenge in my interpretation of the BMW Heritage. Besides, all these computerised systems and wiring were quite new to me and I learned a lot,” says Kimura, pleased with the result of his work.

Hard facts about the R 18 customising project “The Wal”:

The King of Customizing: Shinya Kimura.
Born and raised in a family that ran a small rivet factory in downtown Tokyo, Shinya Kimura was always surrounded by the smell of steel and oil and the sound of machinery and metals. Perhaps that’s why, after studying entomology, Kimura decided to return to what felt most natural to him: tinkering in his workshop and building things from different metals.

Kimura, the father of the so-called “Zero Style” motorbike, began his career as a customizer in Japan at Zero Engineering, a company he founded in 1992. He rose to international fame as early as the 1990s, when his custom Harley-Davidson “Samurai Chopper” was created. It followed his characteristic wabi-sabi influenced style.

In search of new inspiration, Kimura later moved to Azusa, California, where he founded his own independent company, Chabott Engineering, in 2006. Today, the sought-after customizer only makes a handful of motorcycles a year – exclusively for customers with whom he feels a mutual understanding and no time pressure. The great passion that drives him: “Passion for all the motorbikes that were born into this world”, as he says himself. While working on “The Wal” project, he discovered new things every day that stimulated and motivated him. Looking back, he says: “I greatly appreciate BMW Motorrad and all the people who supported me in this project. It was such a valuable and impactful experience for me.” 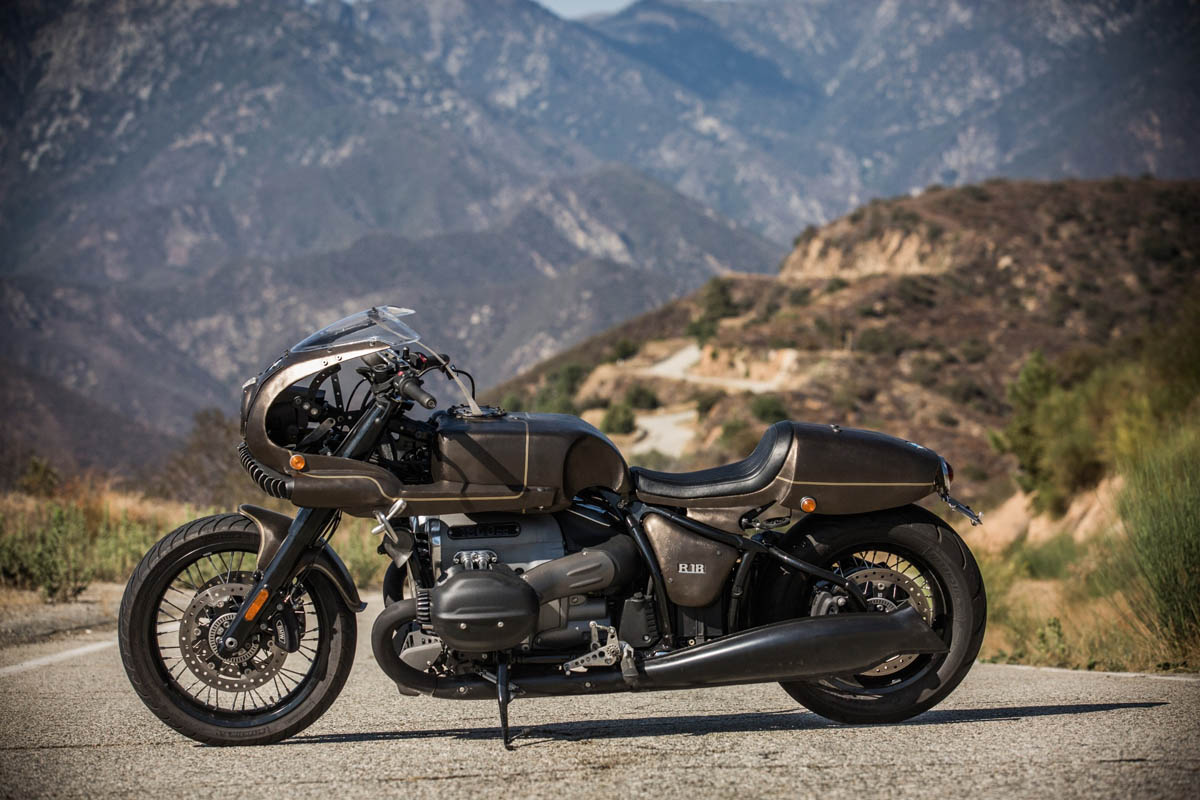 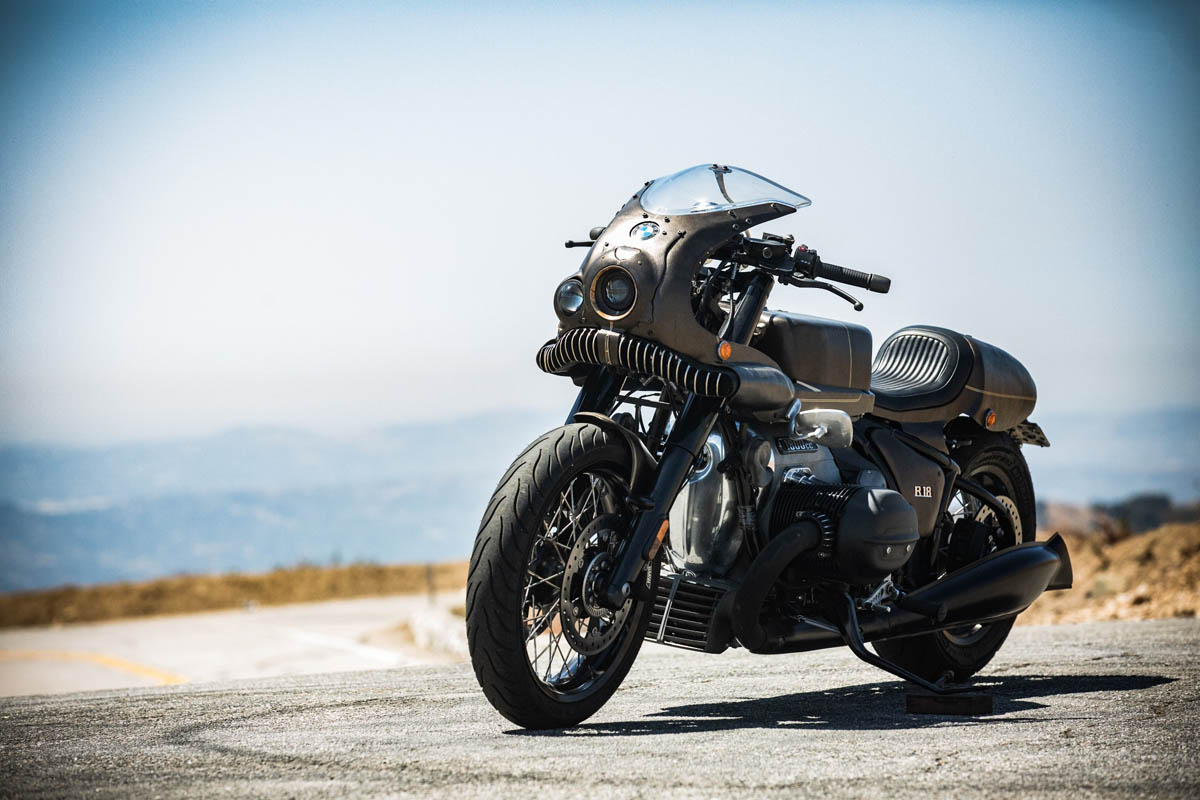 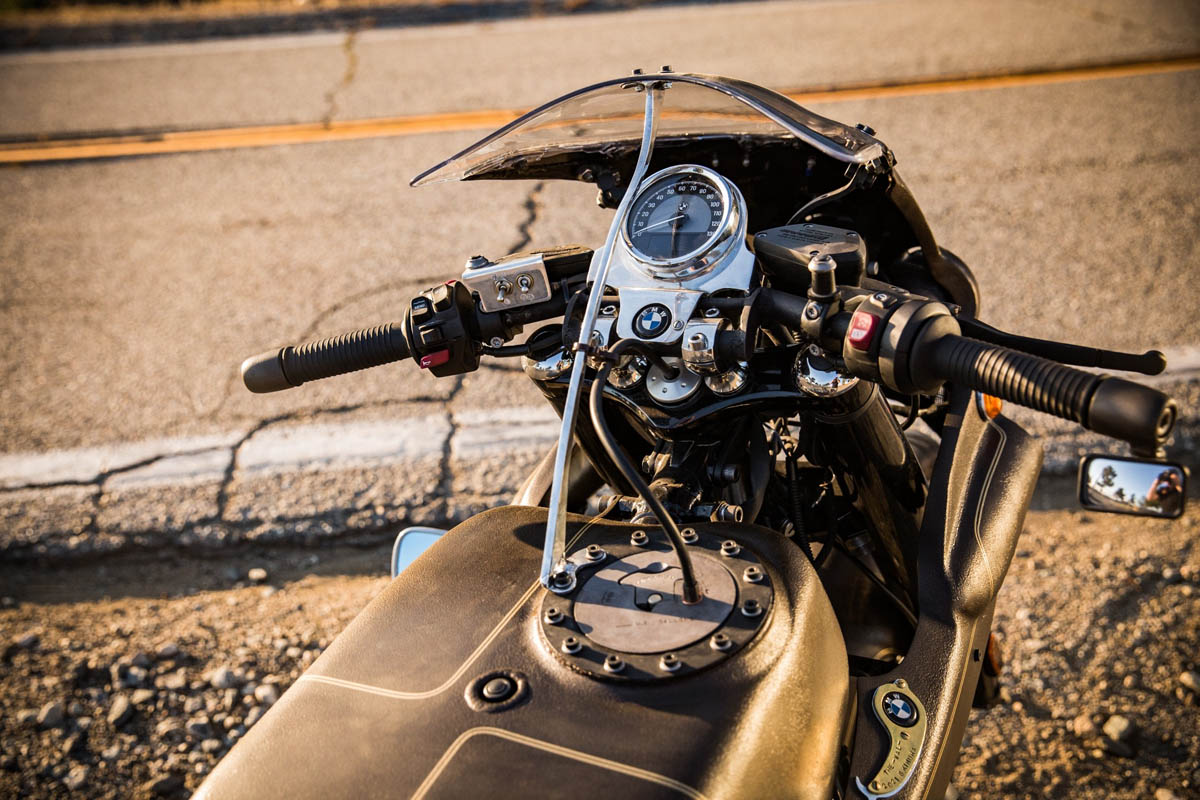 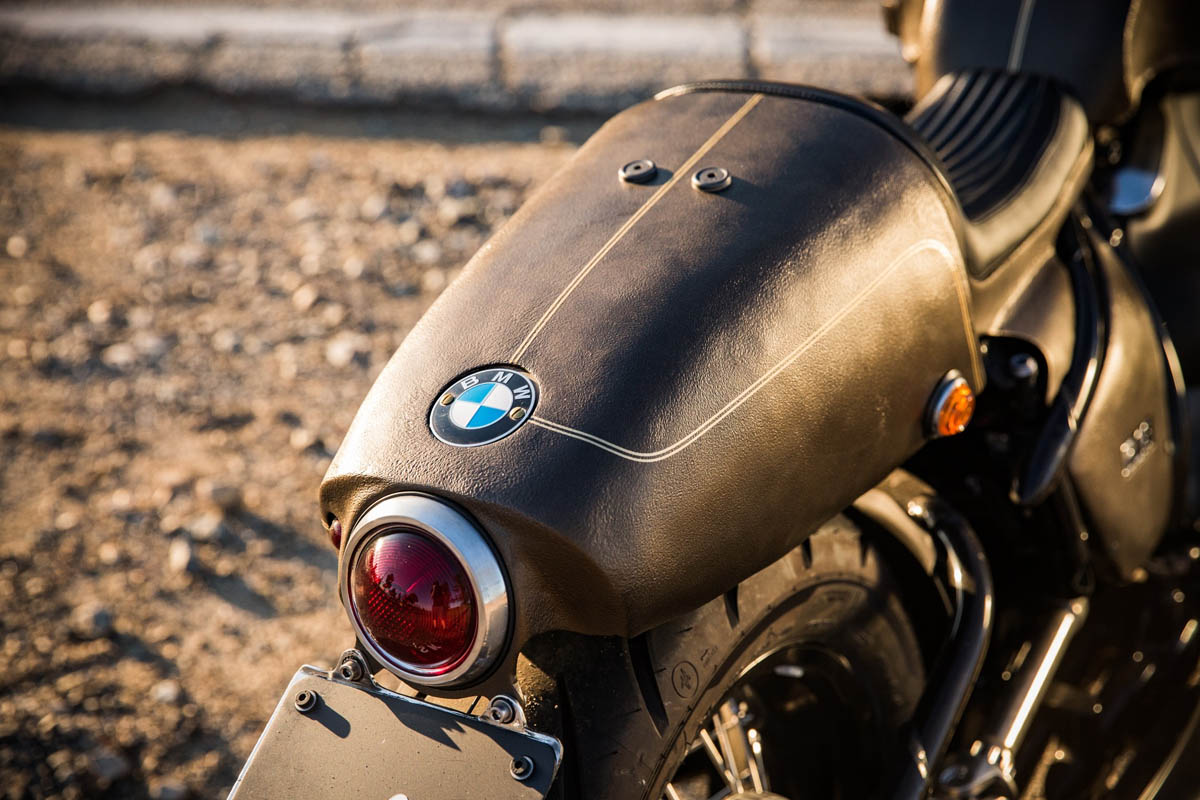 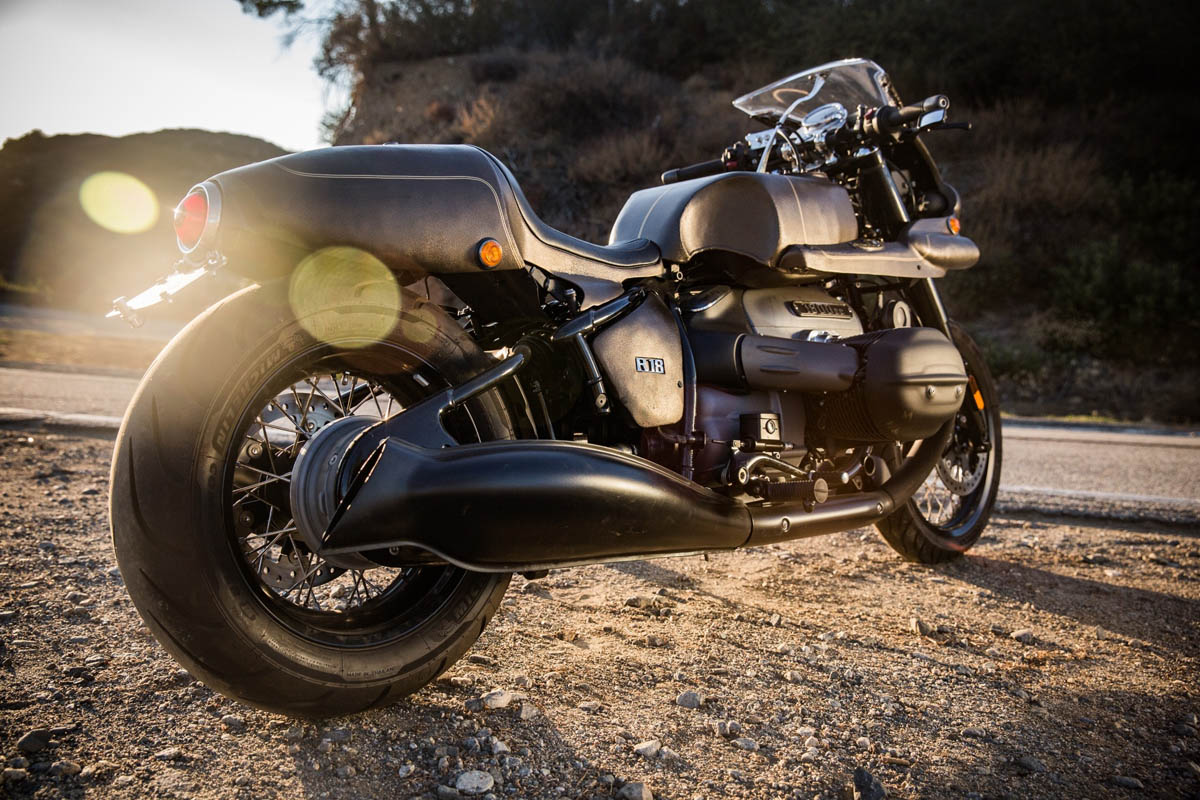 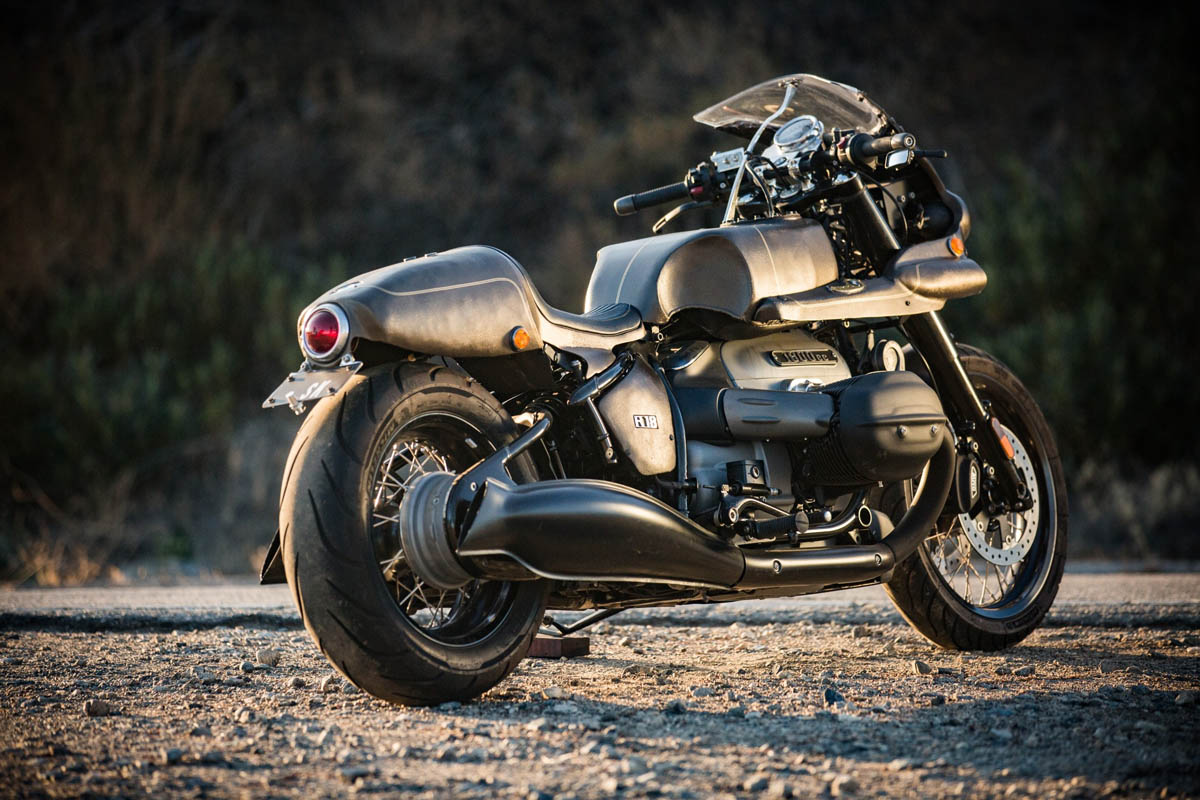 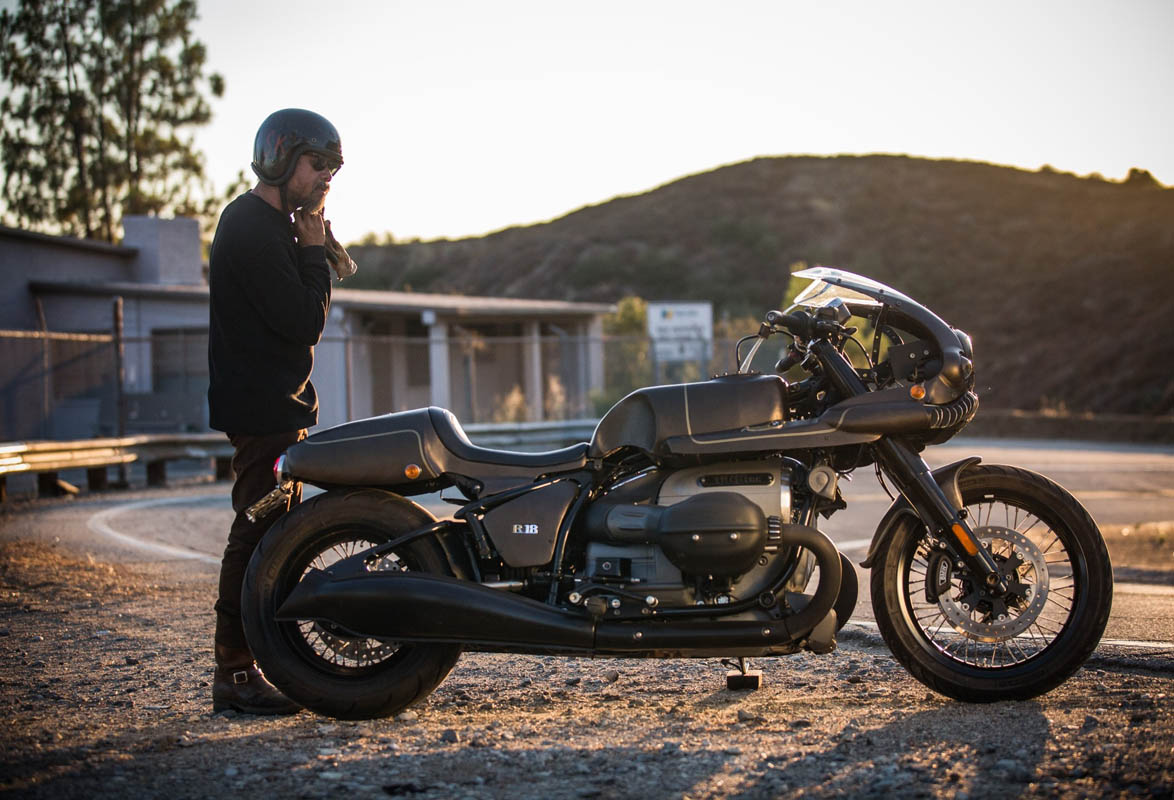 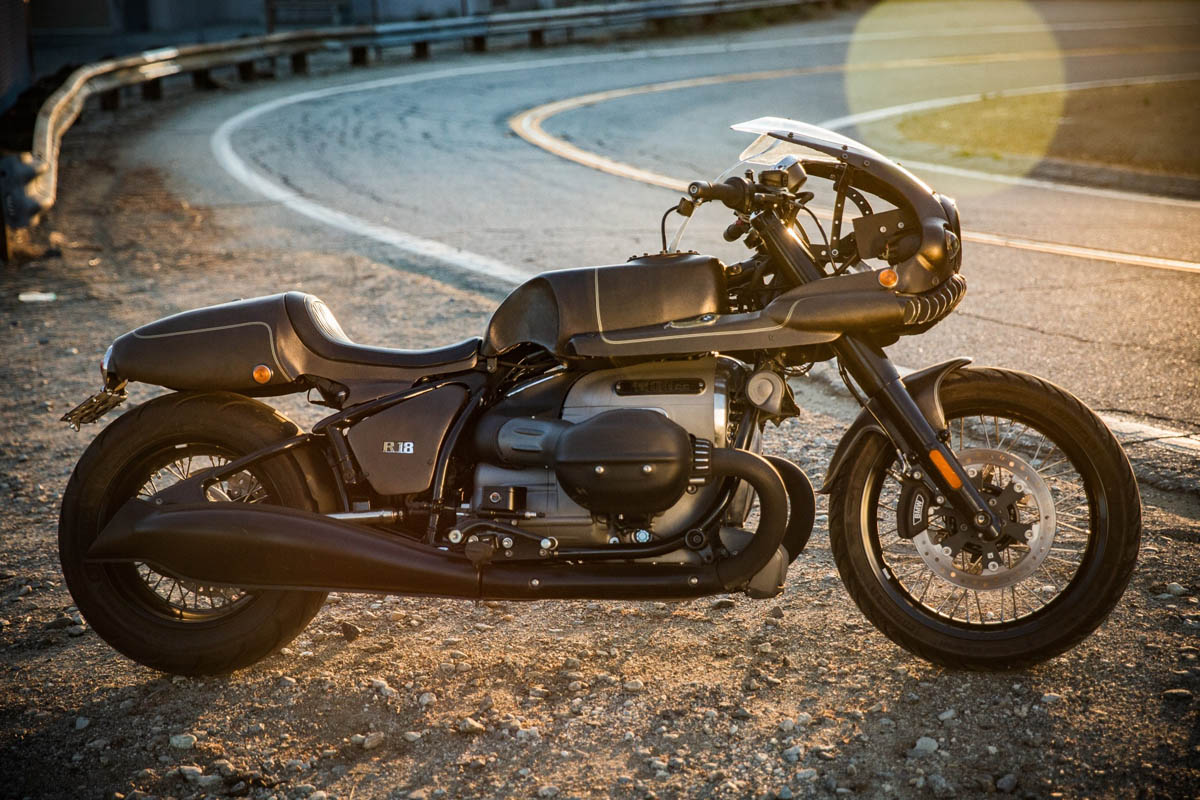 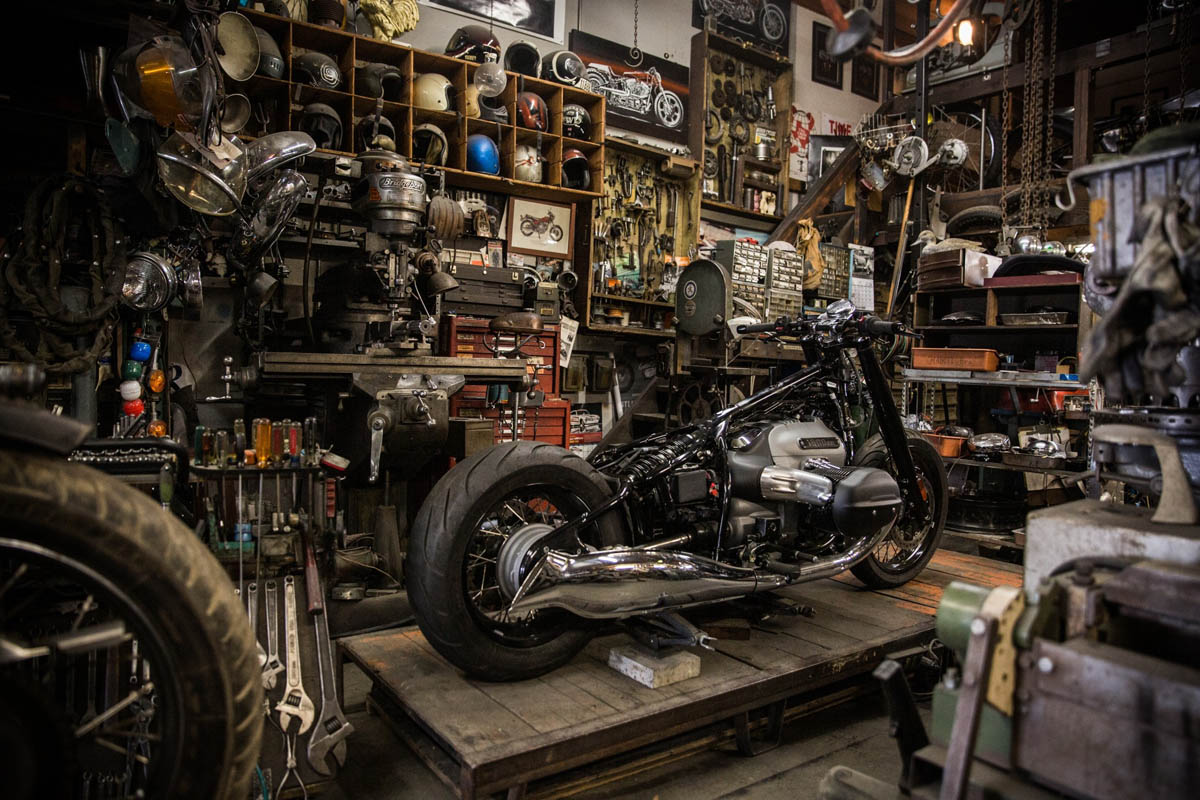 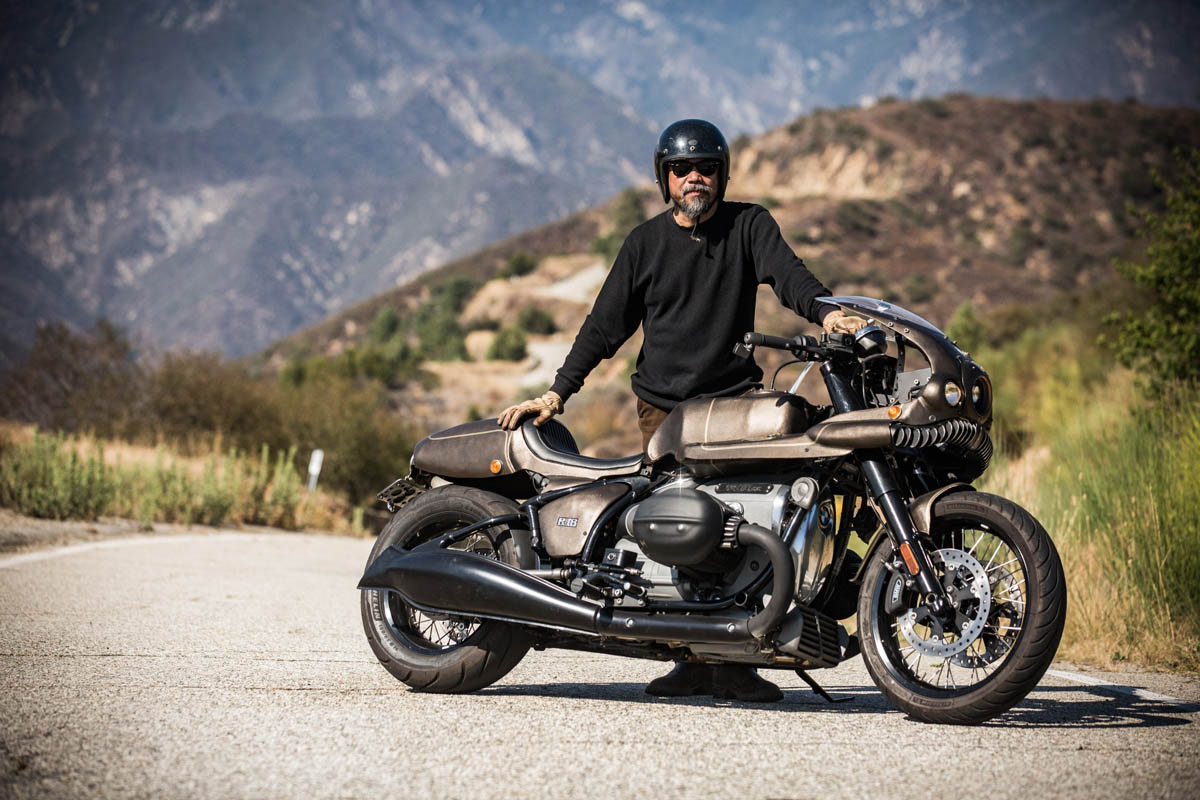 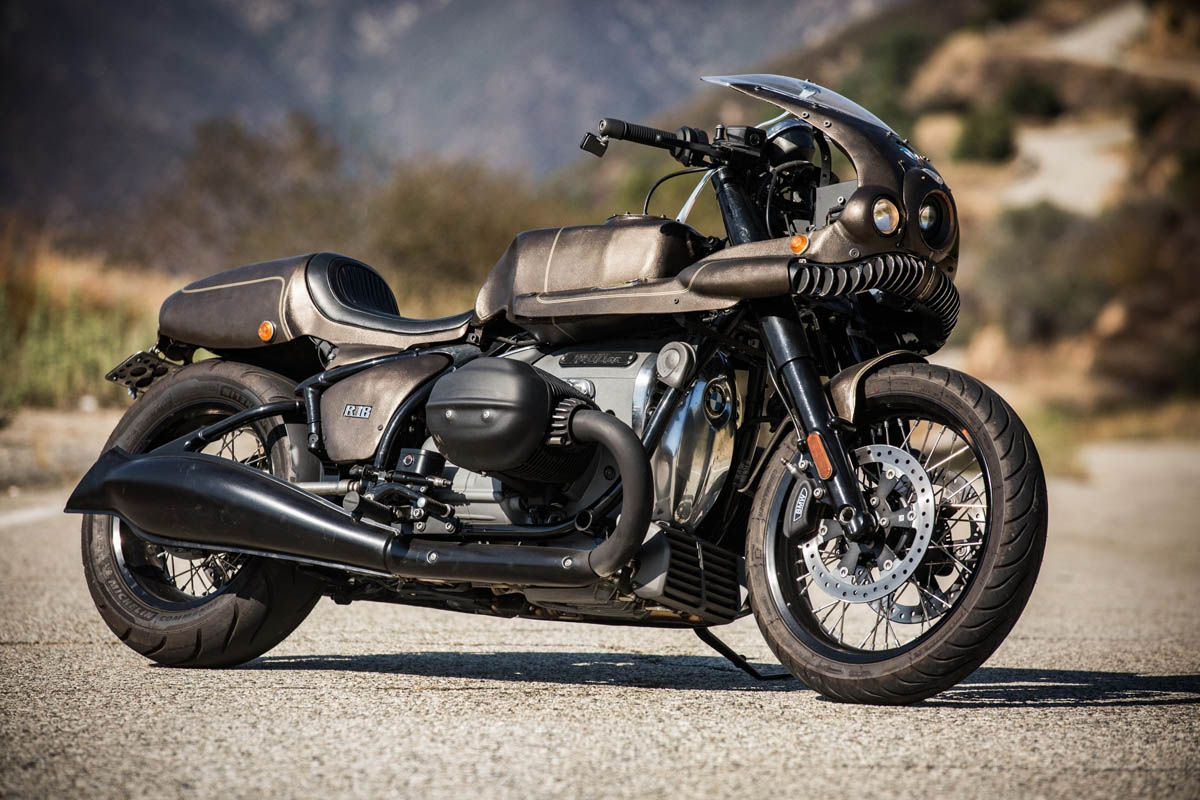